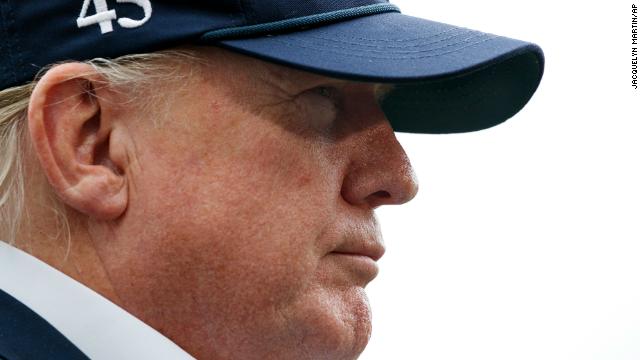 Importantly, the CNN poll is one of a number of recent high-quality polls that have Trump's approval dropping by mid-single digits since the beginning of the summer. That means it's less likely to be statistical noise. 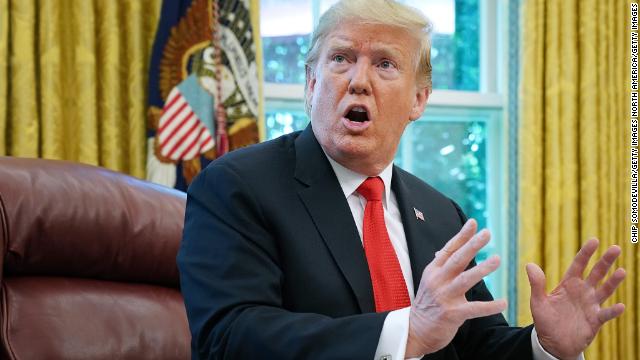 Trump has generally dragged his feet when it comes to gun control. You might expect that to hurt him, given that Americans are in favor of stricter gun laws. Indeed, his approval rating on gun policy in our latest poll is only 38%.

Yet that 38% is actually the highest it's ever been. It's a statistically insignificantly higher than the 36% it was last month and 5 points higher than he was at the beginning of the year.

I find that notable because gun control and Trump's mostly inaction on it has been in the news a lot recently, after mass shootings in Texas and Ohio. Despite that, his approval rating on the issue isn't going down.

Moreover, gun policy is the only issue on which Trump's approval actually went up over the last month.

While I wouldn't put too much on this, I do think it's notable. It suggests perhaps that gun control isn't the driver of public opinion perhaps some Democrats hope it is heading into 2020. 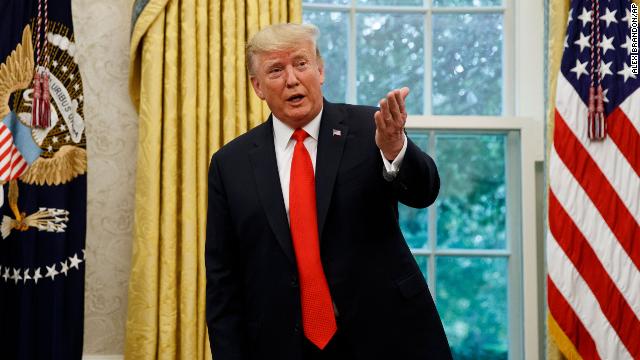 One of the big questions for 2020 is whether Trump's bad approval ratings will translate into problems at the ballot box. Our new poll suggests that they may very well, if current trends hold.

Again, it's not unusual for a president to be underwater on these questions. But Trump is far into negative territory.

The percentage of voters who said Obama didn't deserve reelection on this question was usually under 50%. Even at its height, it never got above the mid-50s. For Trump it has never gotten below the high 50s.

The same holds true when you at George W. Bush's reelection ratings. They were usually below 50% at this point in the campaign. They never got above the mid 50s even at their peak.

Perhaps more troubling for the president is these generic questions seem to be matching up with what we're seeing in the ballot test against potential Democratic contenders. As I noted previously, Trump's deficit against them is higher than it's been for any president since World War II. 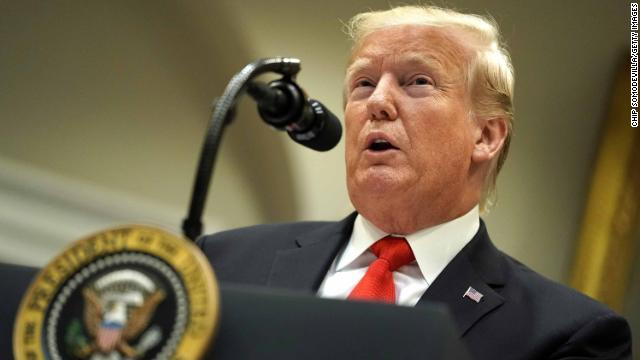 What's so interesting about that is some form of enthusiasm gap on approval exists across age, gender, race and even education levels.

Now, it's not unusual for there to be an enthusiasm gap in which more people strongly disapprove than strongly approve of a president. We saw it with George W. Bush and Barack Obama at roughly this point in their presidencies.

The difference is that Trump's is much larger. Obama's strongly disapprove rating in CNN polling was never more than 10 points higher than his strongly approve rating through his first three years in office. The same held true with Bush.

Coming into 2020, it's easy to imagine that Trump may lack the enthusiastic supporters he will likely need to overcome what looks to be an unpopular standing overall.

The big question is why is Trump's approval rating down. The simple answer may be "it's the economy, stupid."

The economy has generally been Trump's strongest issue, but it's not even that strong for him now. Trump's net approval rating (approval - disapproval) on the economy stands at just +1 point in our latest CNN poll. It hasn't been that low since February 2018, when it stood at -1 point.

Faith in Trump on the economy is declining at the same time that our polling and other polling finds that Americans feel less secure about their economic future.

And while Trump hasn't seen much movement in his approval ratings overall, his hope has generally been that the economy would lift him. That seems less likely now. 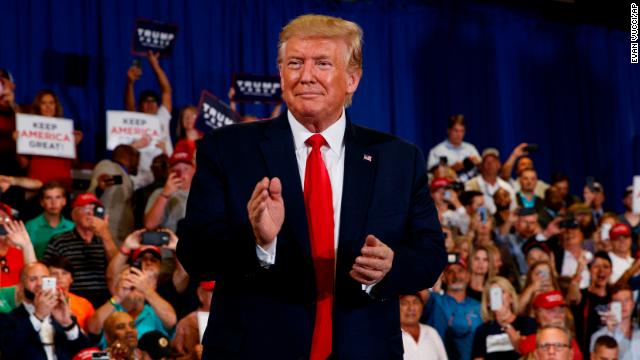 When you want to know if something is statistical noise or whether it's real movement is to, look at other pollsters. If all pollsters are showing the same thing, it's far more likely to be statistically significant.

The other live interview pollsters who meet CNN's standards and released numbers over the last two weeks are showing similar movement to what CNN is showing when it comes to Trump's approval rating.

That's an average decline in Trump's approval of 4 points from these pollsters comparing their latest poll to their earliest poll released in July.

Our latest CNN poll compared to our poll released in early July (and conducted in late June) shows Trump down 4 points from 43% to 39%.

In other words, there's very good reason to think Trump's approval rating is down. 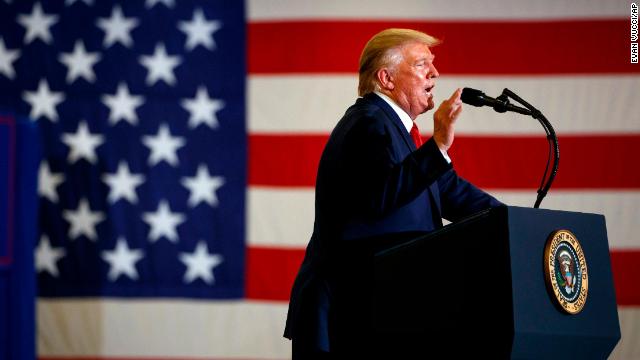 Usually high-quality phone polls don't allow for deep dives of age groups beyond normal breakdowns (e.g 18-34 or 18-29). Younger people are especially hard for pollsters to reach. We had big subsamples in our poll so we could go deeper.

When it comes to Generation Z (roughly below the age of 25 in our sample) and Millennials (roughly those ages 25 to 39), we find that they actually feel pretty similarly on some key questions. Just 29% of Generation Z approve of Trump's job performance, while 31% of Millennials do. On partisan identification, a mere 22% of Generation Z say they are Republican. It's 21% for Millennials.

Of course, neither group can remotely be described as friendly to Trump. About two-thirds of Millennials (65%) and three-quarters of Generation Z (75%) say they don't think Trump deserves reelection. 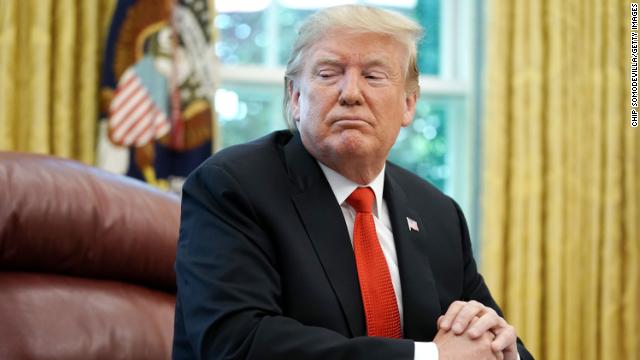 Pictures of children in cages litter the television, and polls show Americans want a pathway to citizenship for those in the country illegally. Yet, we know a hawkish immigration policy was a main factor in Trump becoming president.

Our poll indicates why Trump may have more Americans behind him than is assumed. No, it's not a majority, but 44% of Americans say Trump's policies on immigration are about right or don't go far enough in restricting immigration. Among voters, this creeps up to 45%. That's right near Trump's vote share in the last election.

Only a bare majority of voters, 52%, say Trump's immigration policies go too far. A -7 point gap may not seem like good thing for Trump, but it's less negative than his overall net approval rating.

When you break it down by region, the numbers become a little friendlier to Trump. Midwest voters are split 48% to 48% on whether the President's immigration policies go too far or about right/don't go far enough in restricting immigration. Trump, of course, counts on the Midwest to aid him in the Electoral College.

Don't be surprised if Trump leans more on immigration in the coming months, if he feels the economy is going south. 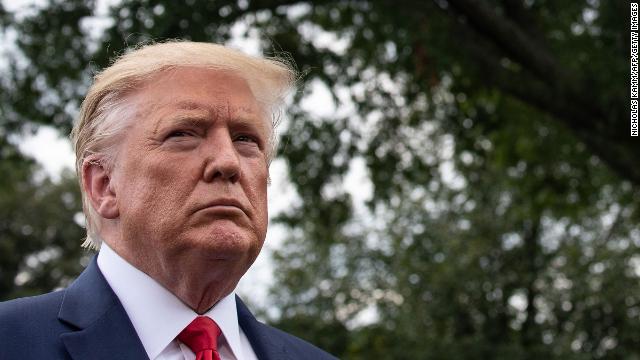 Still, a look at the longer term trend suggests a more worrisome trend for the President. The President's approval rating also declined in our previous poll compared to the poll conducted before it. Comparably, Trump's approval rating had been steady at 43% in three consecutive polls taken between April and June.

The 39% he earned in this poll is the worst approval rating he's recorded since early January of this year, when the federal government shutdown occurred. Meanwhile, his disapproval rating is now tied for its highest level since our poll taken in late January and early February.