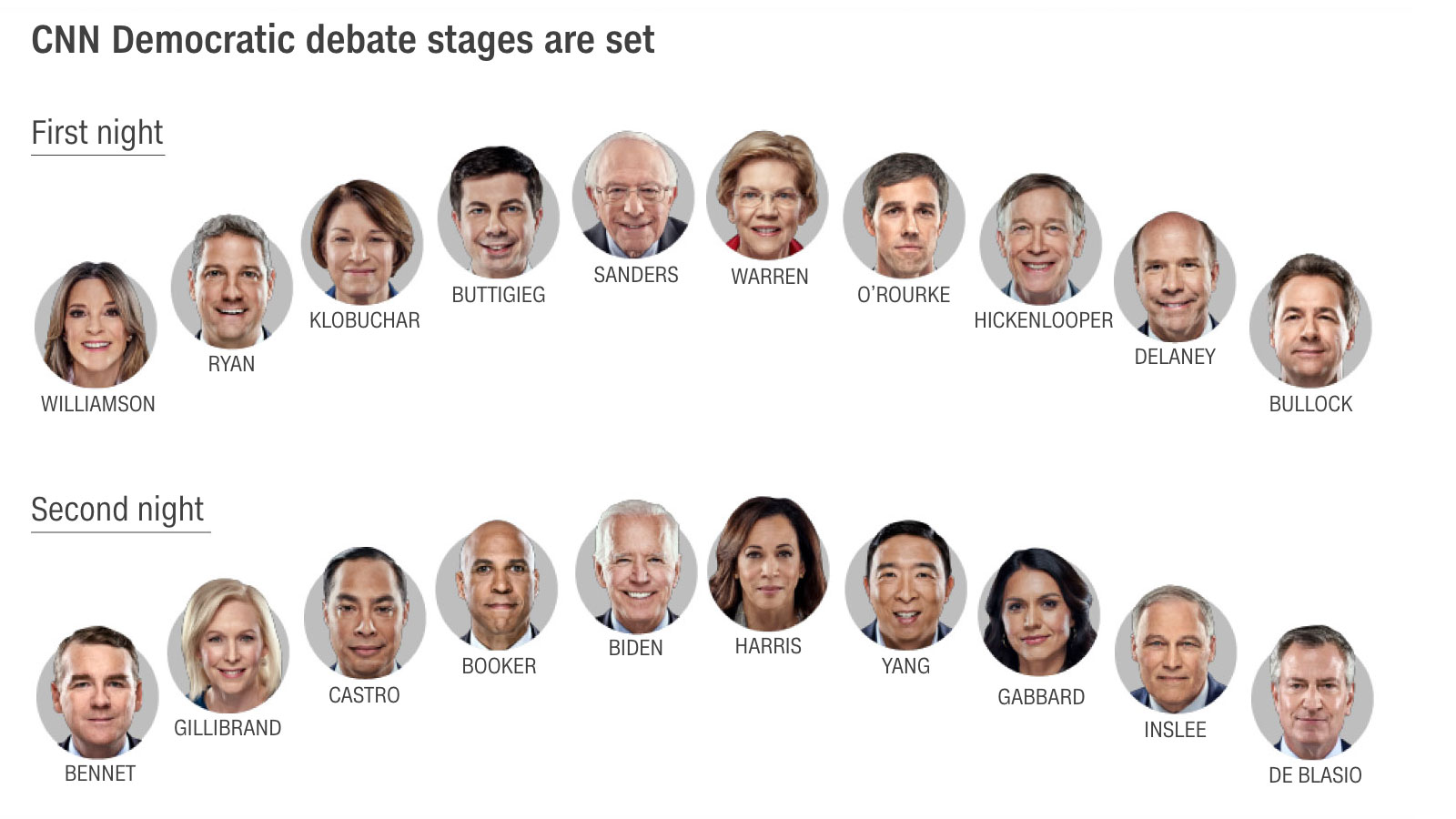 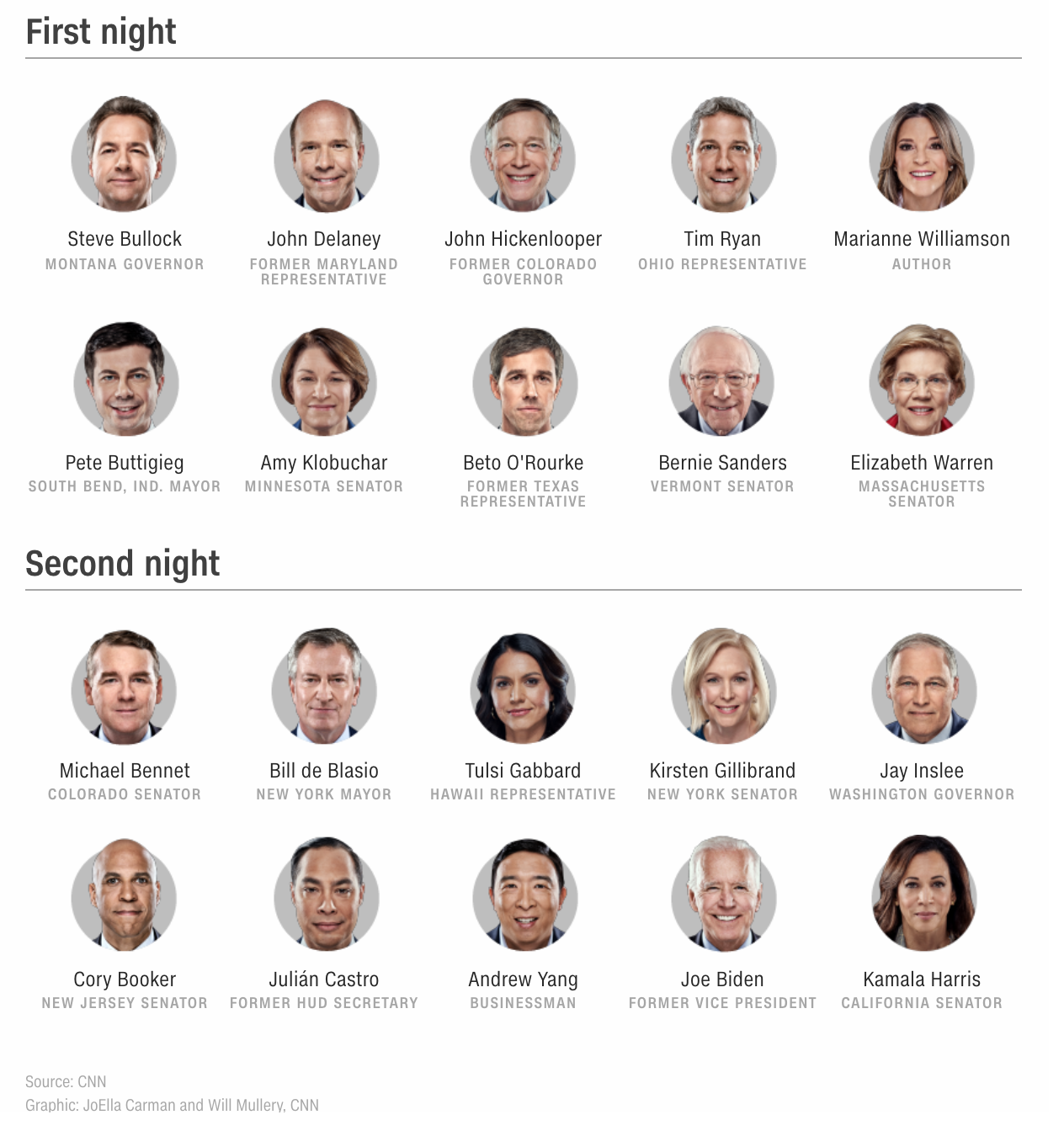 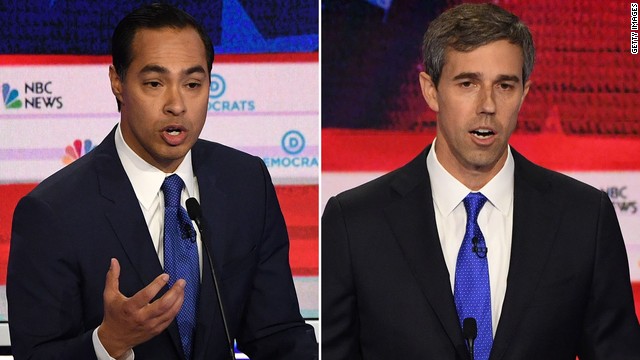 Break 'em up! There will be no second round of intra-Texas brawling.

Julián Castro and Beto O'Rourke have been drawn into separate debate nights.

In their last time out, when they shared a stage in Miami, Castro attacked his fellow Texan in a tense exchange over immigration.

That back-and-forth ended with Castro, who had a strong performance across the board, telling O'Rourke to "do your homework."

But O'Rourke isn't out of the woods. He'll be alongside Pete Buttigieg this time around. The South Bend mayor would seem like a natural competitor, given the early comparisons between the two. 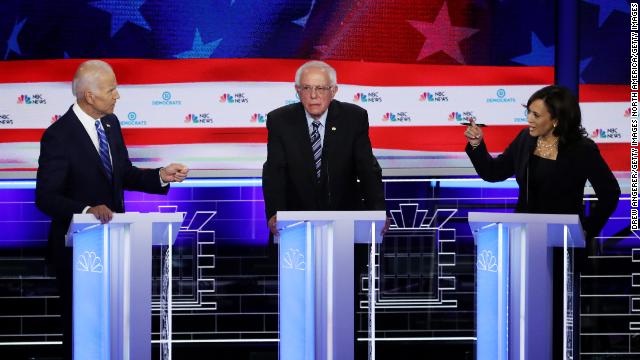 If you want to know what’s at stake in tonight’s drawing, remember what happened in the first debates. There was, of course, no guarantee that Joe Biden and Kamala Harris would end up on the same stage. They did, and Harris’ confrontation of Biden in that debate proved to be, at least momentarily, a game changer.

Harris ended up picking up an average 9 points in the national polls post-debate. She went from a tie for fourth place at 7% to second place at 16%.

Biden, meanwhile, ended up dropping from 30% to 25%. He still leads in the national polling, but what was once a 13-point advantage dropped to 9 points over his nearest competitor.

Perhaps more than the numbers moving, Biden’s lackluster debate performance made folks wonder whether Biden was truly up to the task of running for president.

Will the CNN debates feature a moment that similarly moves the polls? We’ll have to see.

How the draw works: During each draw, cards with a candidate's name will be placed into a dedicated box, while a second box will hold cards printed with the date of each night. For each draw, the anchor will retrieve a name card from the first box and then match it with a date card from the second box.

Here's what the debate stages look like so far: 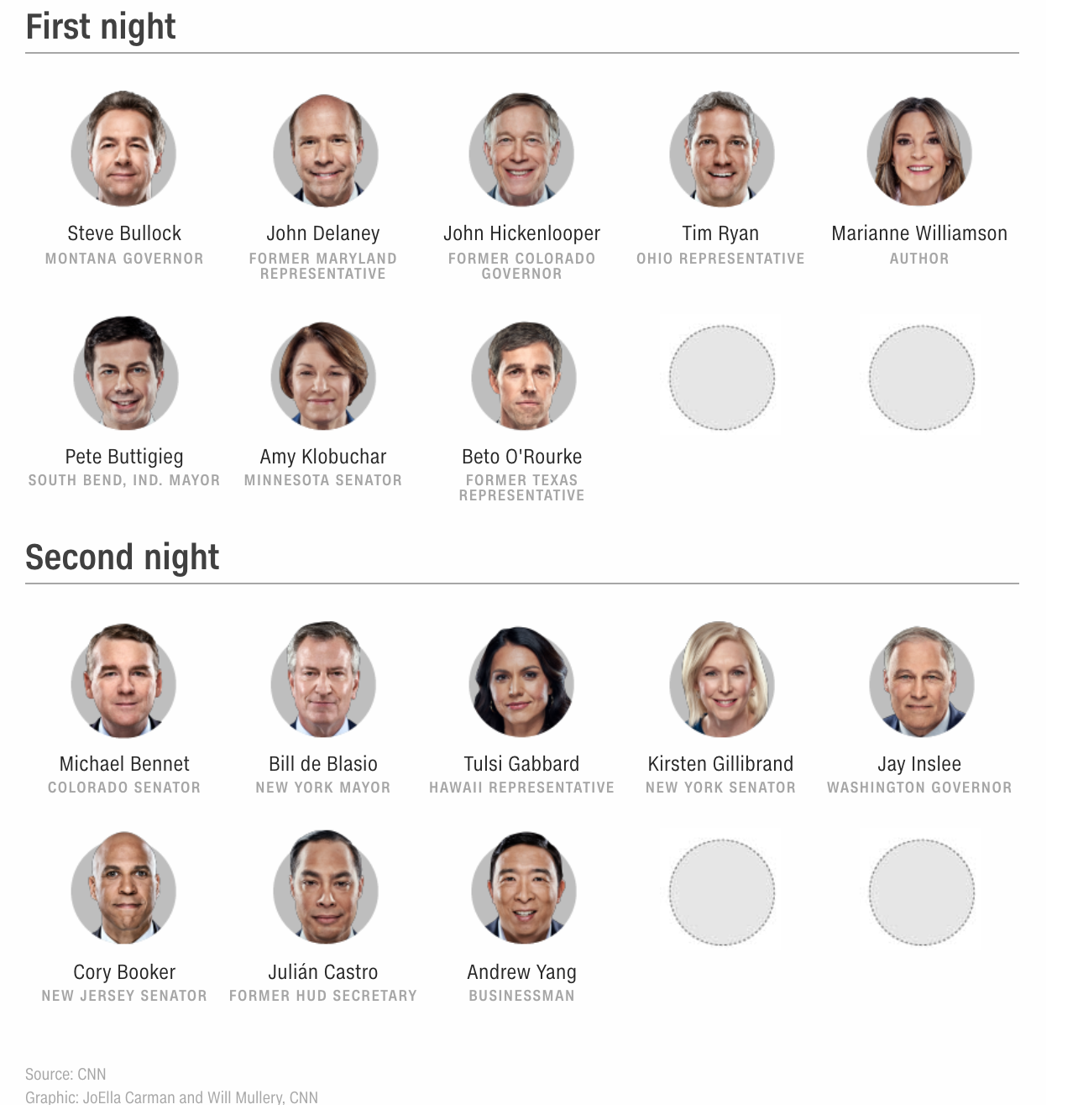 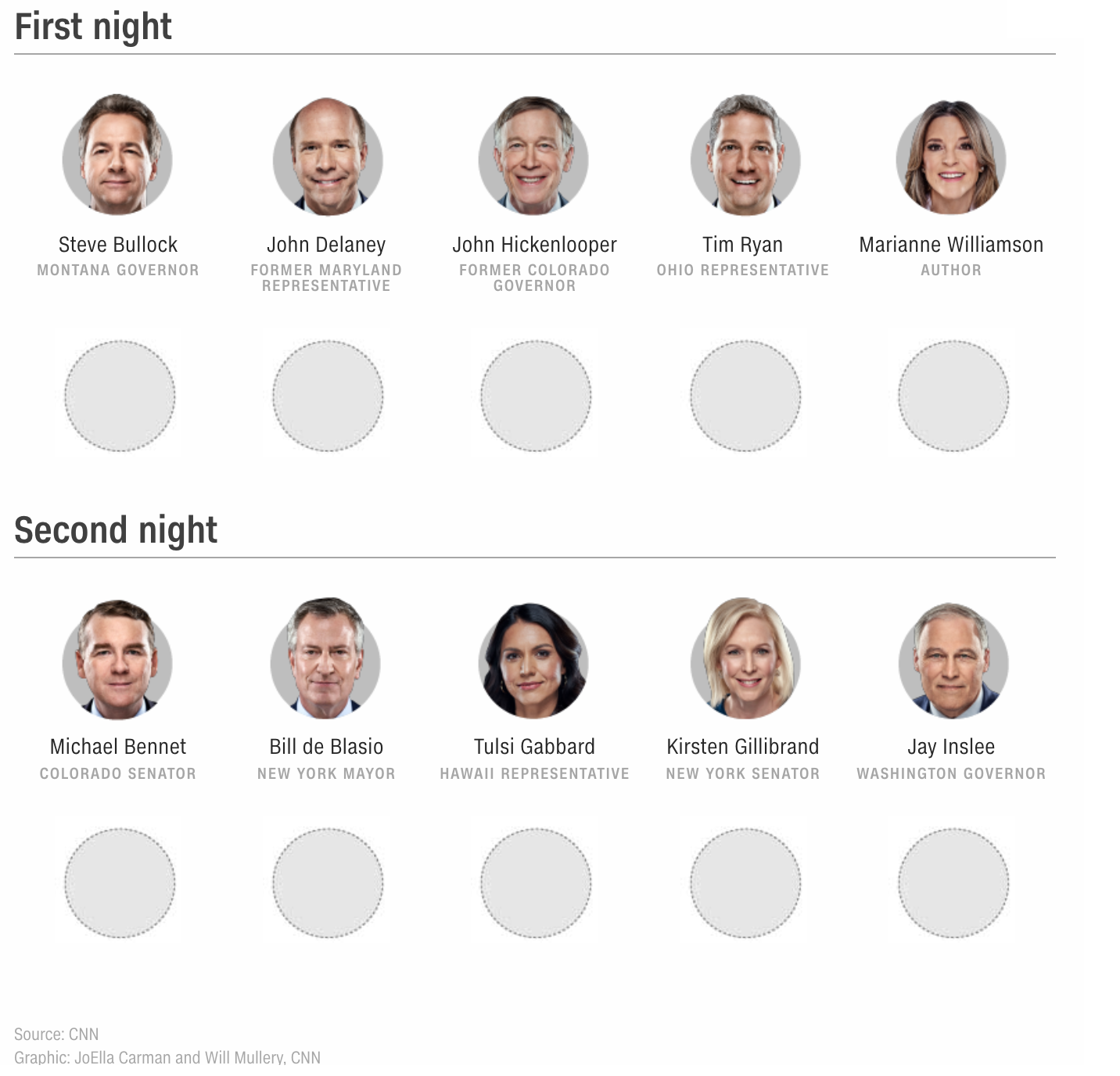 While a lot of attention will be on the top candidates, some of the not top-tier candidates will be looking to break out in our debates. They better hope they do, if they want any realistic chance of winning the nomination.

Yes, it’s early days, but if the lower-tier candidates don’t move up soon, they’re in danger of missing future debates.

By my count, only six candidates (Pete Buttigieg, Joe Biden, Kamal Harris, Beto O’Rourke, Bernie Sanders and Elizabeth Warren) have qualified for the ABC News/Univision debates. Those debates require candidates to hit 2% in four qualifying polls from June 28 to August 28, as well as hit 130,000 donors nationwide and 400 donors across 20 states.

A few other candidates like Amy Klobuchar and Cory Booker will probably make it given their polling and donor status.

But at least 50% of the candidates in our debates may not make the next ones if things continue going the way they are. And if you don’t make debates as a candidate, the fundraising is likely to dry up as well as any media attention to help propel a candidacy. 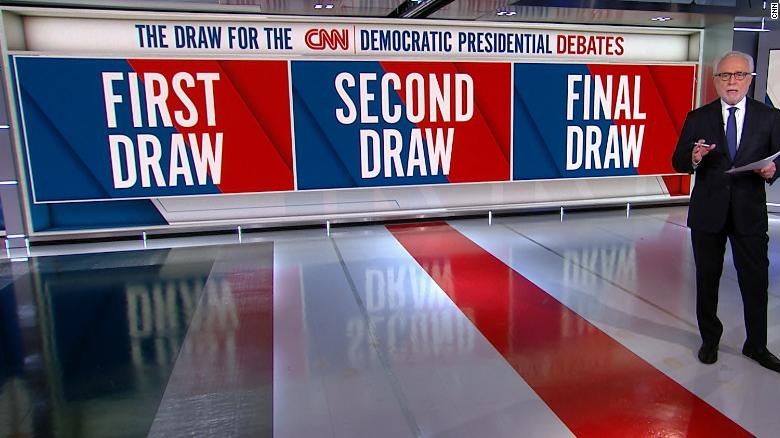 The nightly lineups for CNN's two-night Democratic primary debate will be selected soon.

Here a breakdown of the draws:

The first draw will include 10 candidates:

The second draw will include six candidates:

The final draw will include four candidates: 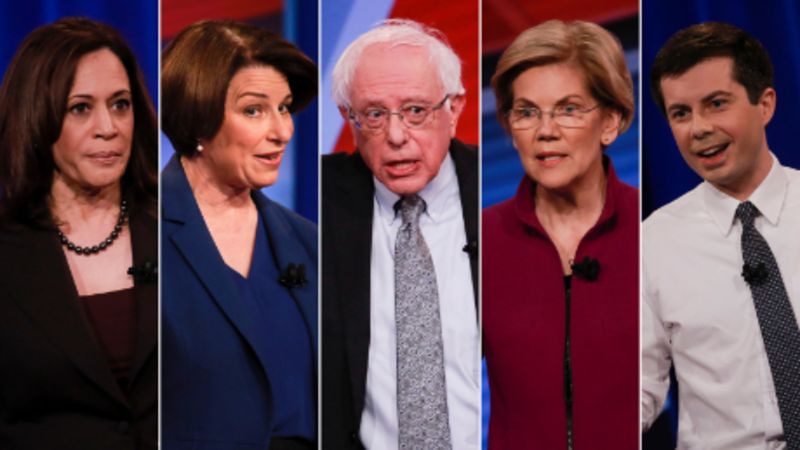 Here's what you need to know about the debates: