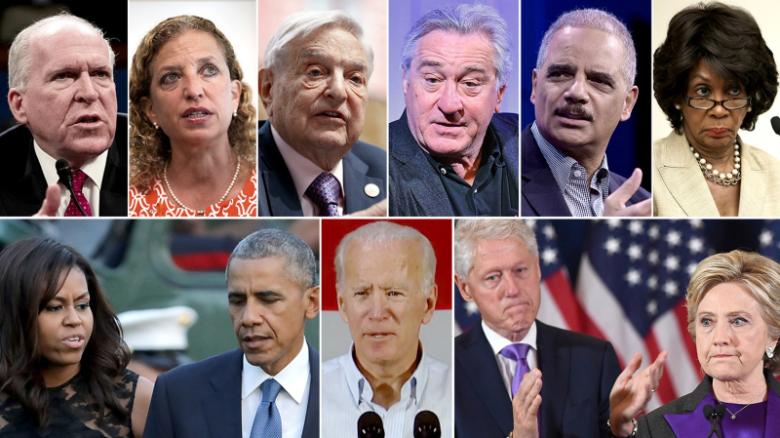 So far, 10 suspicious packages -- each with possible explosive devices inside -- have been located by authorities. Here's what we know about the eight targets:

This map shows the locations of the packages. (Note that the second package for Waters was found in California.) 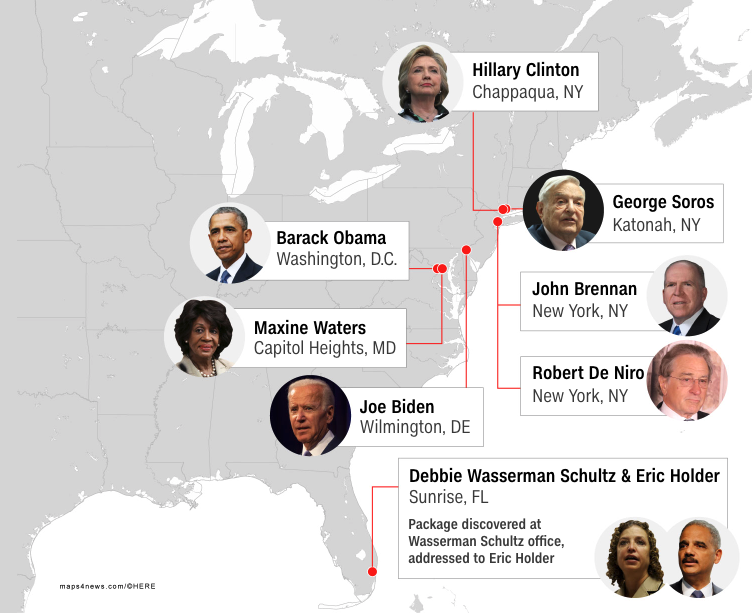 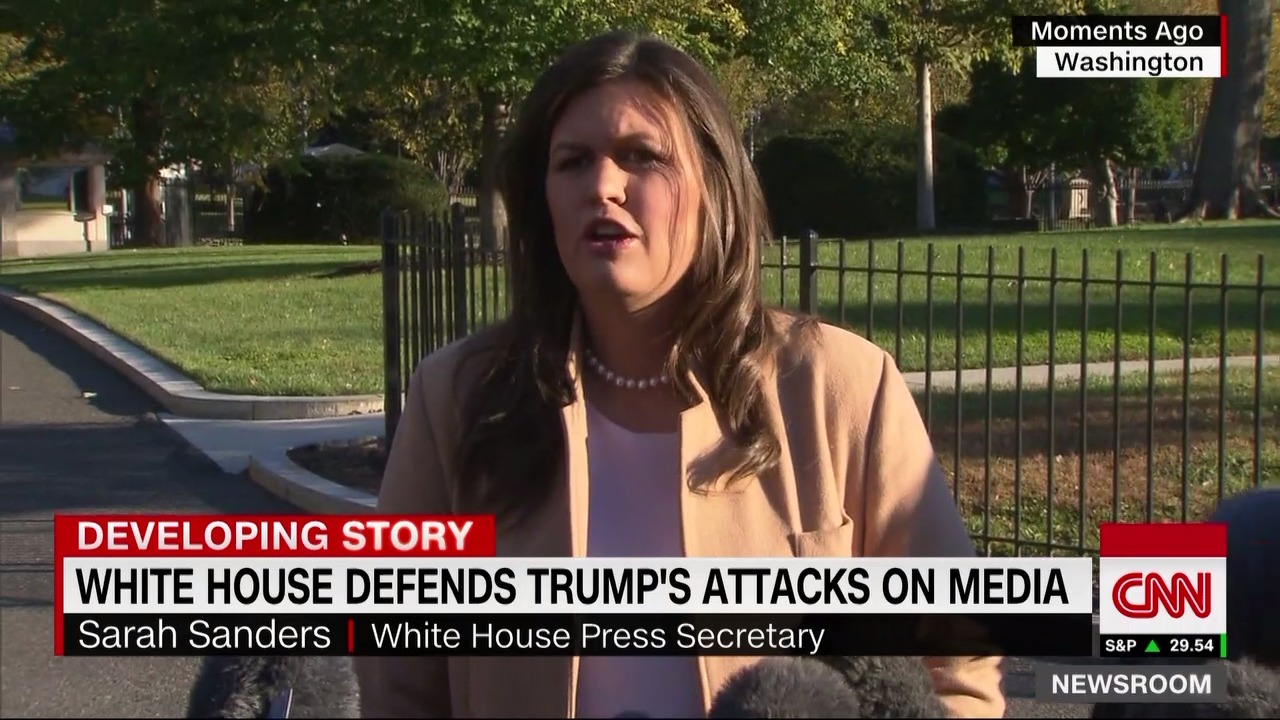 Speaking with reporters on Thursday morning, White House press secretary Sarah Sanders defended President Trump's criticism of the media in the wake of the explosive packages that were mailed to CNN and some of his critics.

"The President has condemned violence in all forms, has done that since Day 1, will continue to do that. But certainly feels that everyone has a role to play," Sanders said.

When asked by CNN's Abby Phillip about whether he regrets calling political opponents "evil," Sanders said that Trump feels "we should call out despicable acts, which is exactly what he has done over the last 24 hours."

When pressed about whether the term "evil" was appropriate, Sanders lashed out at CNN: "It's a word people have used on your network a number of times, not only to describe the President but many people that work in this administration."

But that's not true: "That's not the first thing we did as this happened. We reported the news, in fact," CNN's Jim Sciutto just said on air -- Sciutto and Poppy Harlow covered the story live on air after CNN evacuated its newsroom when a bomb was found in the mailroom downstairs.

Addressing a packed audience at the Justice Department for an event on combating the opioid crisis, Attorney General Jeff Sessions addressed the suspicious packages found over the last several days.

“We condemn the actions that led to these activities in the strongest possible terms,” Sessions said. “We’re determined to get to the bottom of it and see that justice is done.”

Sessions said that he briefed President Trump yesterday, along with FBI Director Chris Wray and Deputy Director Bowdich, but did not provide any further details. 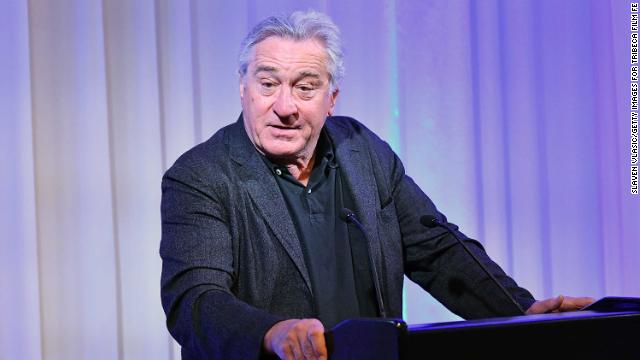 Stan Rosenfield, spokesperson for Robert De Niro, tells CNN he has called de Niro but has not yet reached him yet this morning.

When asked for his reaction, Rosenfield said:

“Extremely disturbing and frightening. It seems that all the people that were targeted have one thing in common and that is their political beliefs. That is the only thing I can conclude at this point” 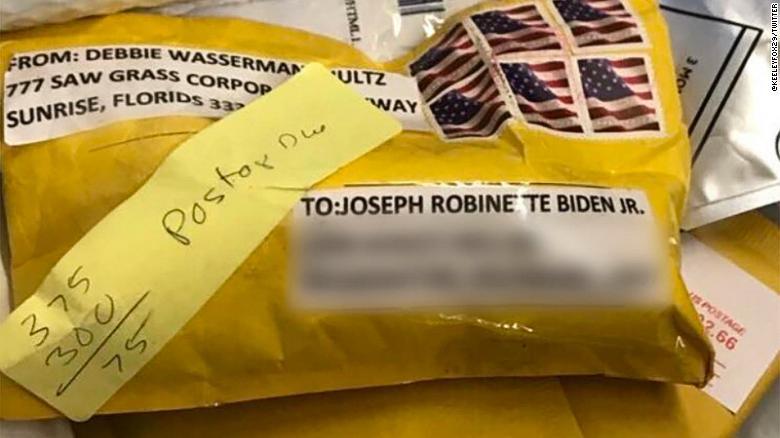 Multiple law enforcement officials tell CNN they have located the package in Delaware that was addressed to former Vice President Joe Biden.

FOX 29's Chris O'Connell obtained a photo of the suspicious package intended for Biden. It was intercepted at a Wilmington, Delaware, post office.

The photo appears to have the same packing, postage stamps and return address — with all its misspellings — as the others.

Flying in a helicopter above a US Postal facility in New Castle, Delaware, CNN affiliate WPVI spotted a bomb containment unit.

The US Postal Inspection Service processes more than 170 billion pieces of mail every year, and only a tiny fraction of those -- just 16 over the last few years -- were investigated as mail bombs.

That works out to an average of less than 1 in 10 billion.

Here are some of the tell-tale signs of a suspicious package. 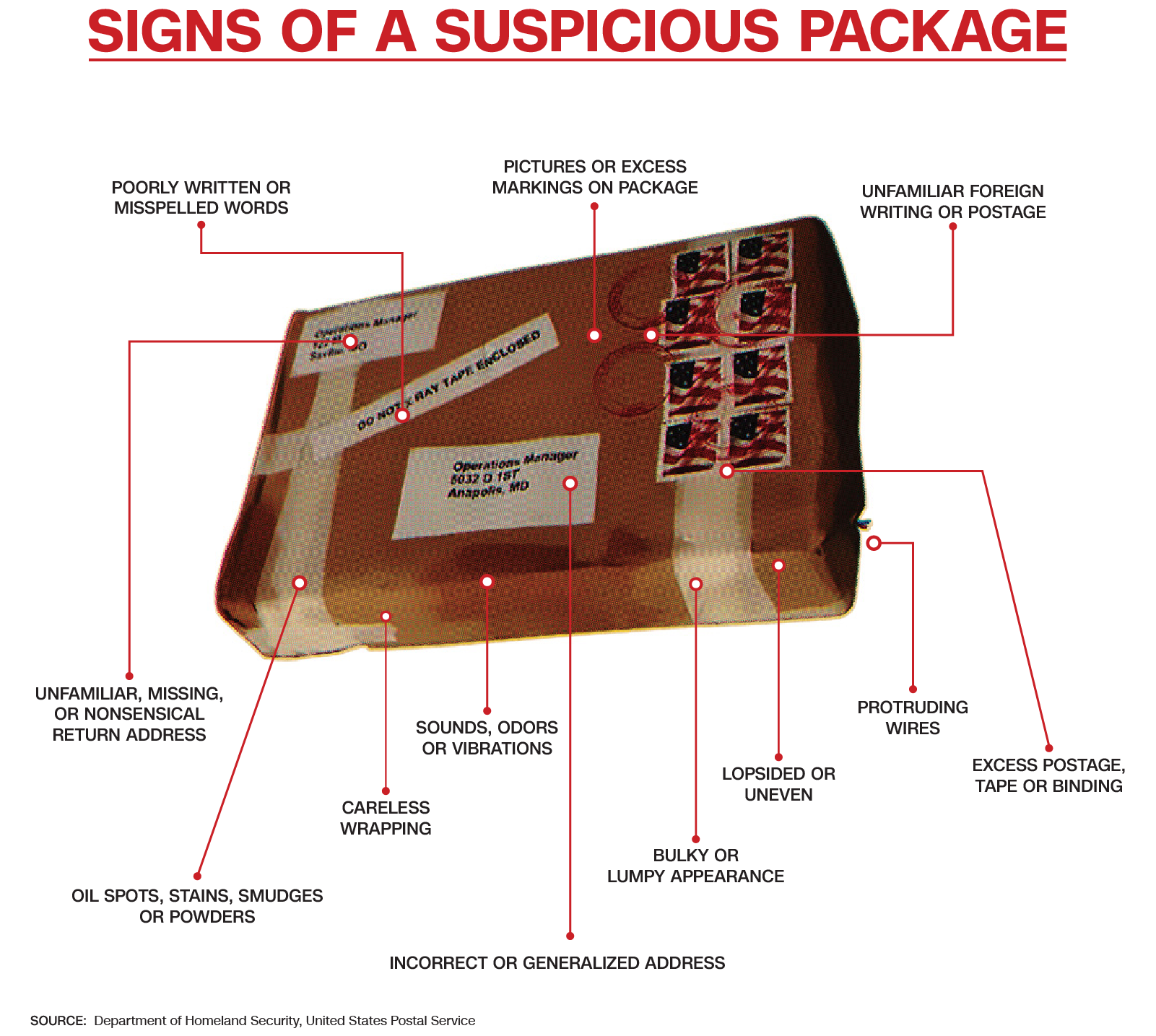 If you come across a suspicious package, here are some tips for what to do next, according to the Department of Homeland Security. 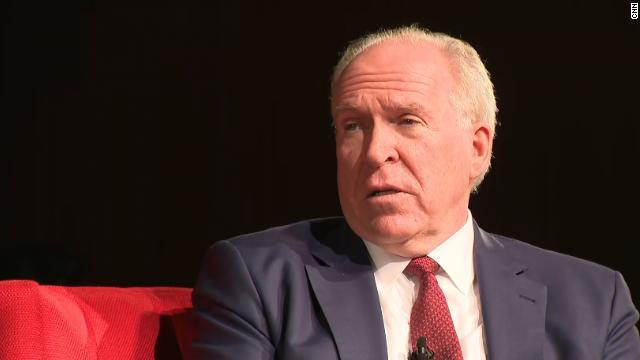 "Stop blaming others. Look in the mirror," Brennan tweeted. "Your inflammatory rhetoric, insults, lies, & encouragement of physical violence are disgraceful. Clean up your act....try to act Presidential."

Brennen is a frequent Trump critic who saw his security clearance revoked by President Trump this summer.

We don't know what this is about, but we do know authorities believe they’ve found the package sent to former Vice President Joe Biden, a Delaware resident.