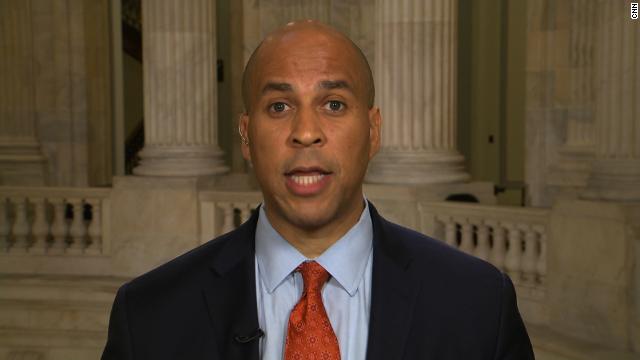 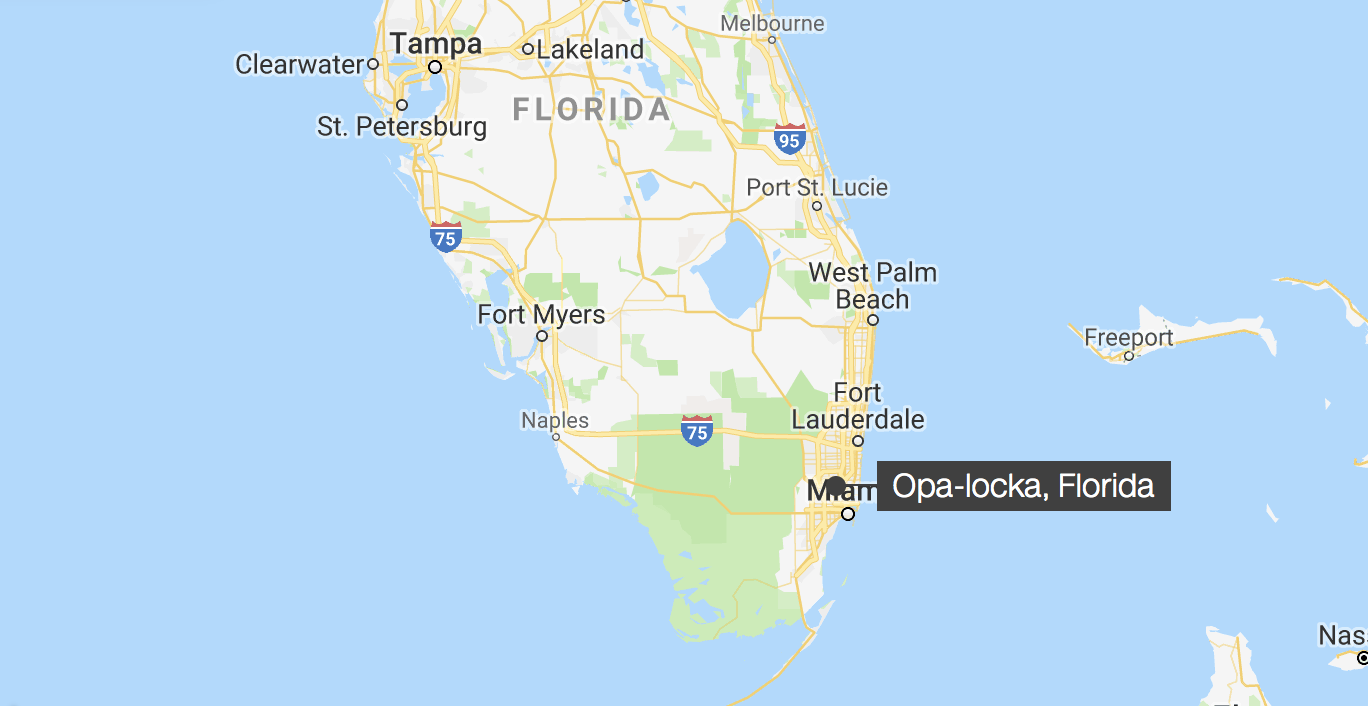 FBI Assistant Director William Sweeney would not confirm the origin of the packages Thursday, despite reports that investigators believe some came from Florida.

Several of the packages went through a US Postal facility in Opa-locka, Florida, two law enforcement officials familiar with the investigation said.

"Some were obviously in the postal system," Sweeney said. "I'll leave it at that."

The Miami-Dade Police Department tweeted that its bomb squad and K-9 Unit are providing assistance to federal partners at the USPS Opa-locka mail facility.

"This assistance is as a precautionary measure," it said. "We cannot provide additional information at this time due to the active nature of this federal investigation." 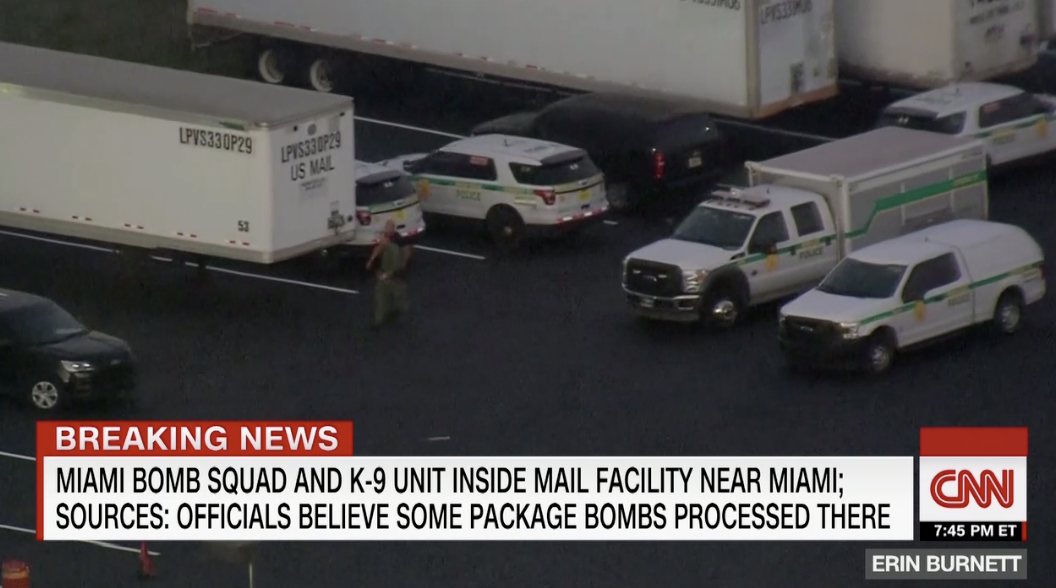 A Miami-Dade police bomb squad and K-9 unit were called to assist with the ongoing suspicious package investigation at a mail processing and distribution center in Opa-Locka, Florida, the department tweeted.

According to two law enforcement officials familiar with the investigation, authorities believe several of the packages went through the US Postal Service facility, roughly 12 miles from Miami.

Canadian Prime Minister Justin Trudeau described the series of suspicious packages that were sent to prominent Democrats and others as "deeply concerning."

“All citizens deserve to live in peace and security and a free press is foundational in any democracy," he said Thursday. "We must ensure that they can do their important work without fear."

Trudeau went on to say that Canada was ready to assist the US.

"I want to ensure all Canadians that we are monitoring the situation closely and as always Canada stands ready to provide assistance to our American friends and allies if need be," he said. 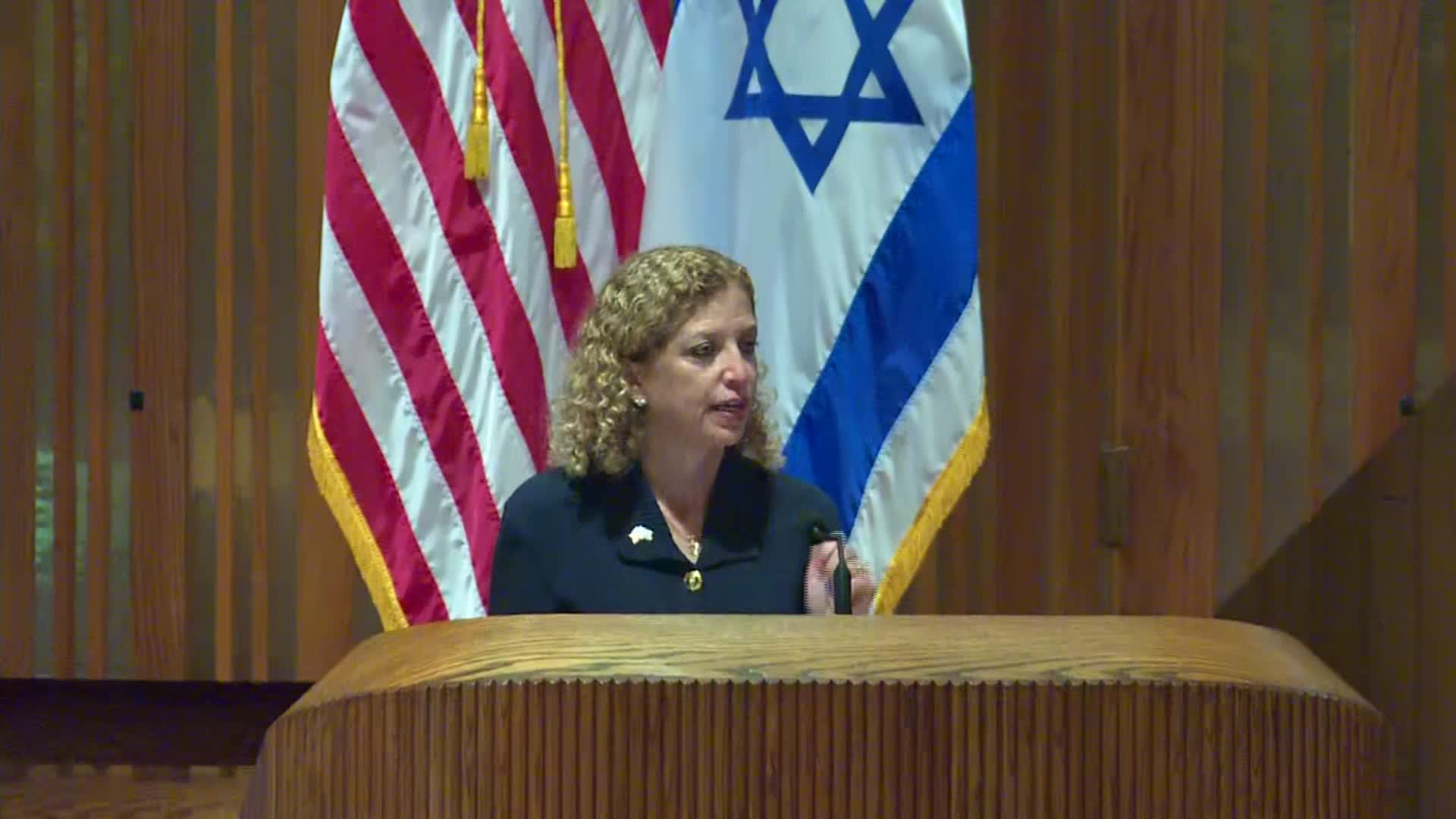 While speaking at a campaign event in Plantation, Florida, Rep. Debbie Wasserman Schultz addressed the suspicious package delivered to her office in Sunrise, Florida.

"The last couple of days have been trying for many of us, to say the least. As we know, there will always be those who use distraction, threats and even violence to accomplish their ends," she said Thursday.

She praised her "brave staffers" and told the audience to "always choose love, compassion and honest communication."

"We will never be cowed into submission by people who hate," she said. "Never. Never." 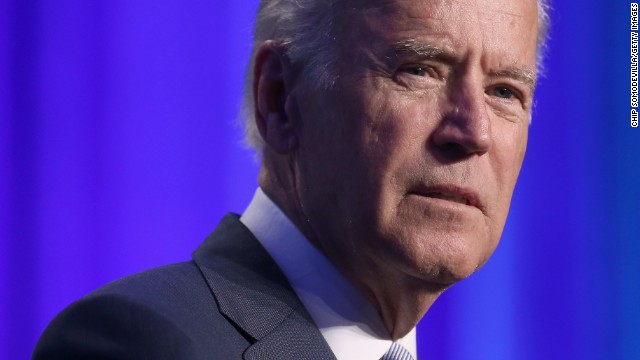 Former Vice President Joe Biden, who is in Buffalo for a speech this evening, was asked in Lancaster, New York, about the devices that were sent to him and other prominent Democrats this week.

Biden said he will talk about the packages during his speech, but he hopes "this has been enough of a shockwave for people to say, 'OK, enough is enough.'" 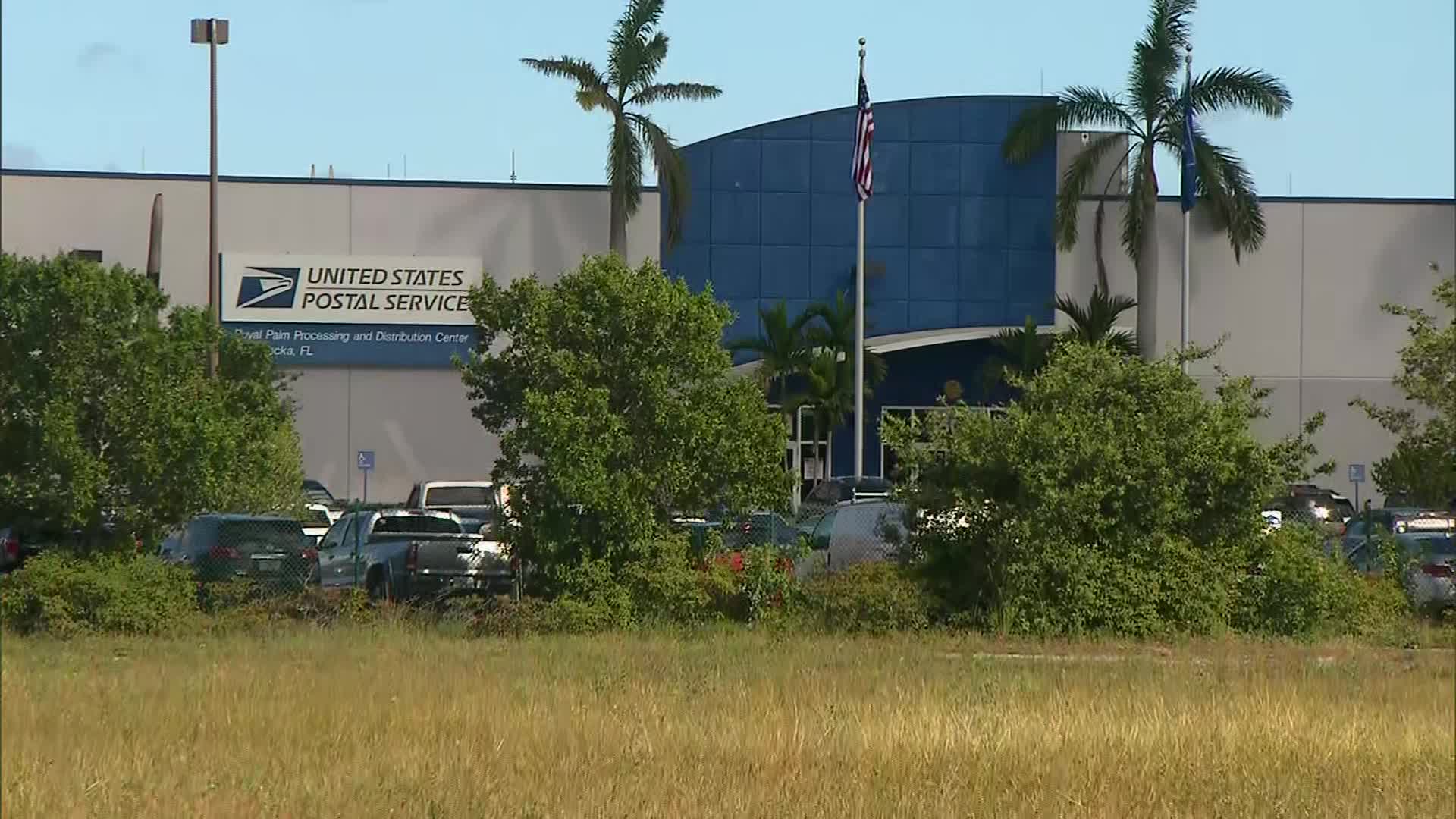 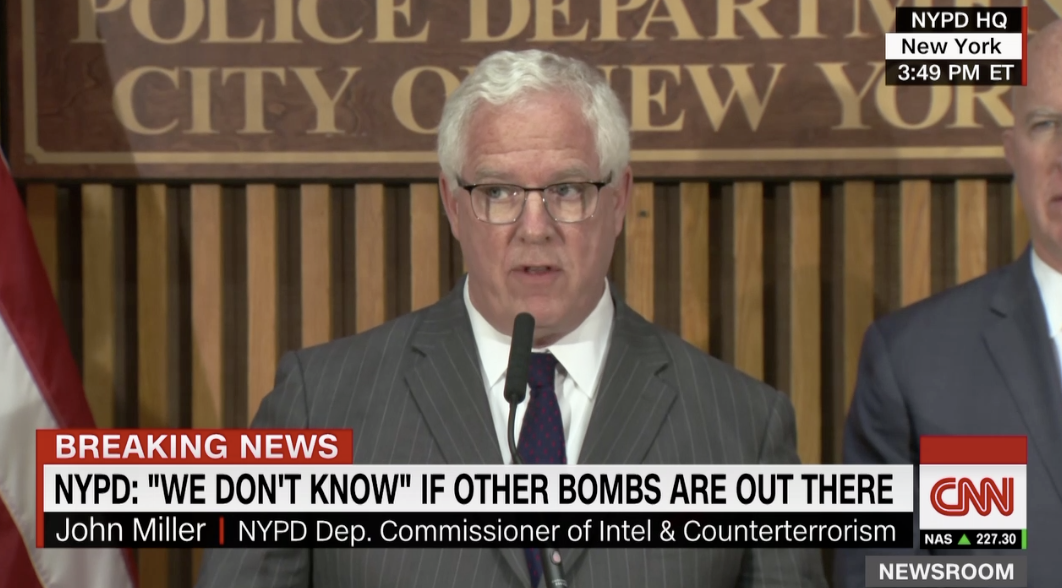 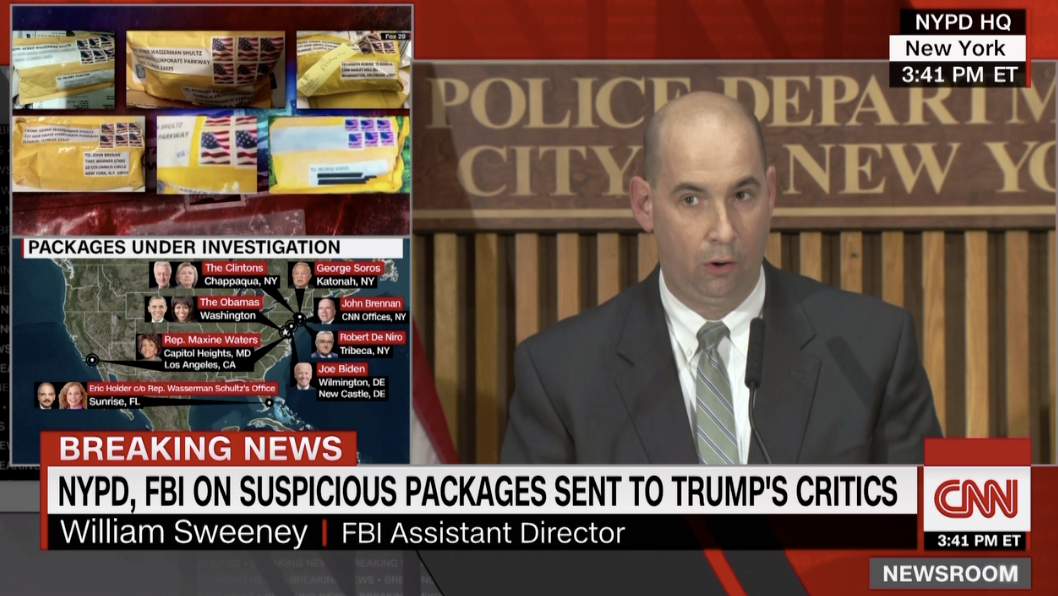