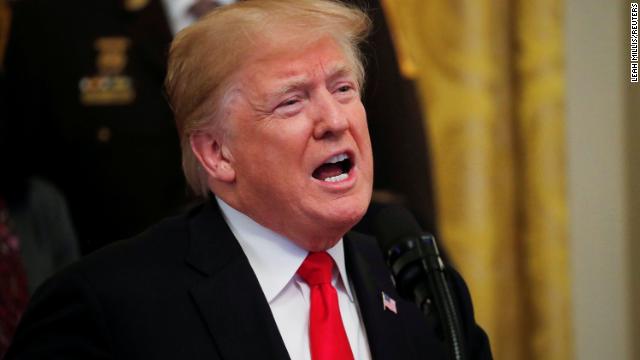 President Trump, speaking at an opioids event at the White House, first addressed the series of suspicious packages that have been discovered today.

He called for unity as officials investigate the possible explosive devices.

"I just want to tell you that in these times we have to unify, we have to come together and send one very clear, strong, unmistakable message that acts or threats of political violence of any kind have no place in the United States of America," he said.

Trump said "the full weight of our government" is investigating the packages and will "bring those responsible for these despicable acts to justice."

He added: "The safety of the American people is my highest and absolute priority," he said. 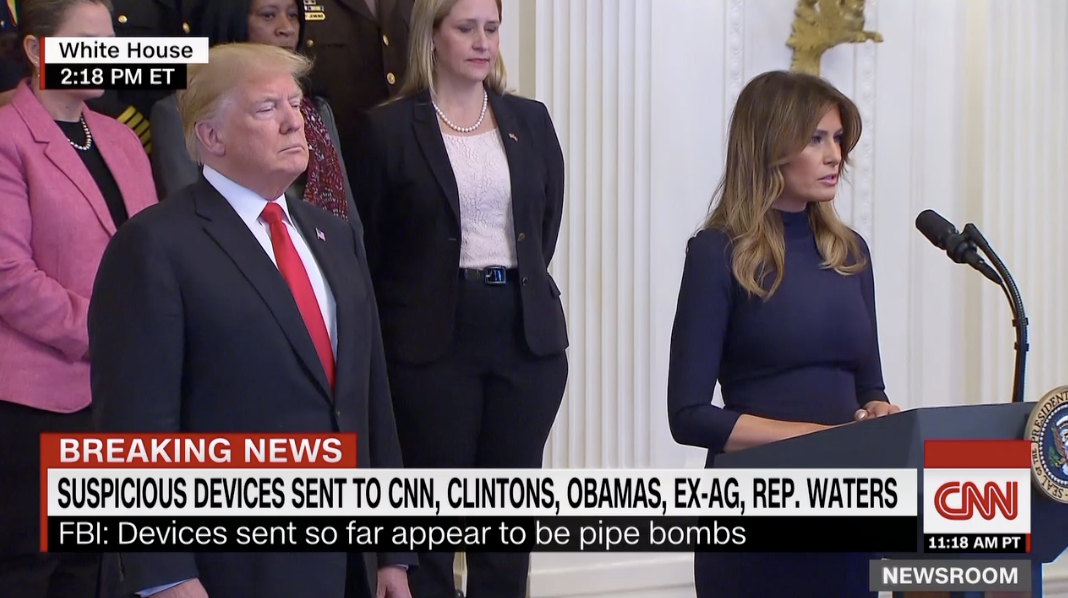 "We cannot tolerate those cowardly attacks and I strongly condemn all who choose violence," the first lady said.

She added: "I'm grateful to the secret service as well as the federal and local law enforcement for all they do on a daily basis to keep us safe and encourage people across the country to choose kindness over hatred."

"This isn't about politics," Rizzo said.

The FBI is currently at Wasserman-Schultz's office in Florida. Two law enforcement sources tell CNN the suspicious package was addressed to Eric Holder, but it had the wrong address. Schultz’s office in Florida received it because the congresswoman's address was listed on the return label.

“This kind of targeted hate and violence has no place in our country and will not be tolerated," Rizzo said in her statement. "Unfortunately, we have seen some candidates for office use highly divisive and toxic rhetoric during this cycle. Today's greatly disturbing events are a reminder that everyone needs to tone it down in the last two weeks and focus on the issues."

Ahead of President Trump's event on opioid abuse, CNN is learning the President will call the attempted bombings "egregious," and will label it an act of "domestic terrorism."

Two sources tell CNN that Maxine Waters was the intended recipient of the package intercepted at the sorting facility.

In a mid-day press conference in front of New York's Time Warner Center, New York Gov. Andrew Cuomo said that his office was sent a "device."

An NYPD official now says the suspicious package in question has since been deemed safe.

The source describes it as an informational package that contained literature.

Trump's remarks will happen at the beginning of a previously planned event on opioids, which was slated to start at 2:00 p.m. ET. 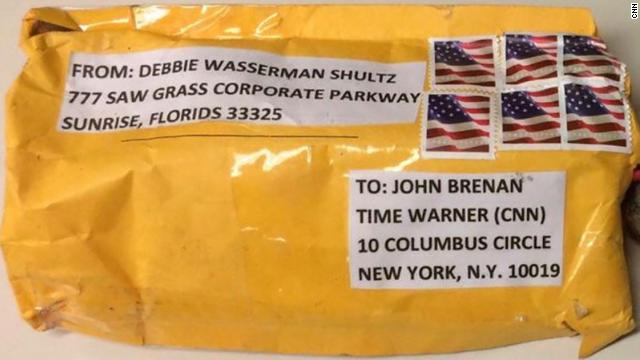