Our live coverage has concluded for the day. For a recap, see 5 key takeaways from the conference, courtesy of Chris Cillizza, CNN Editor-at-large. 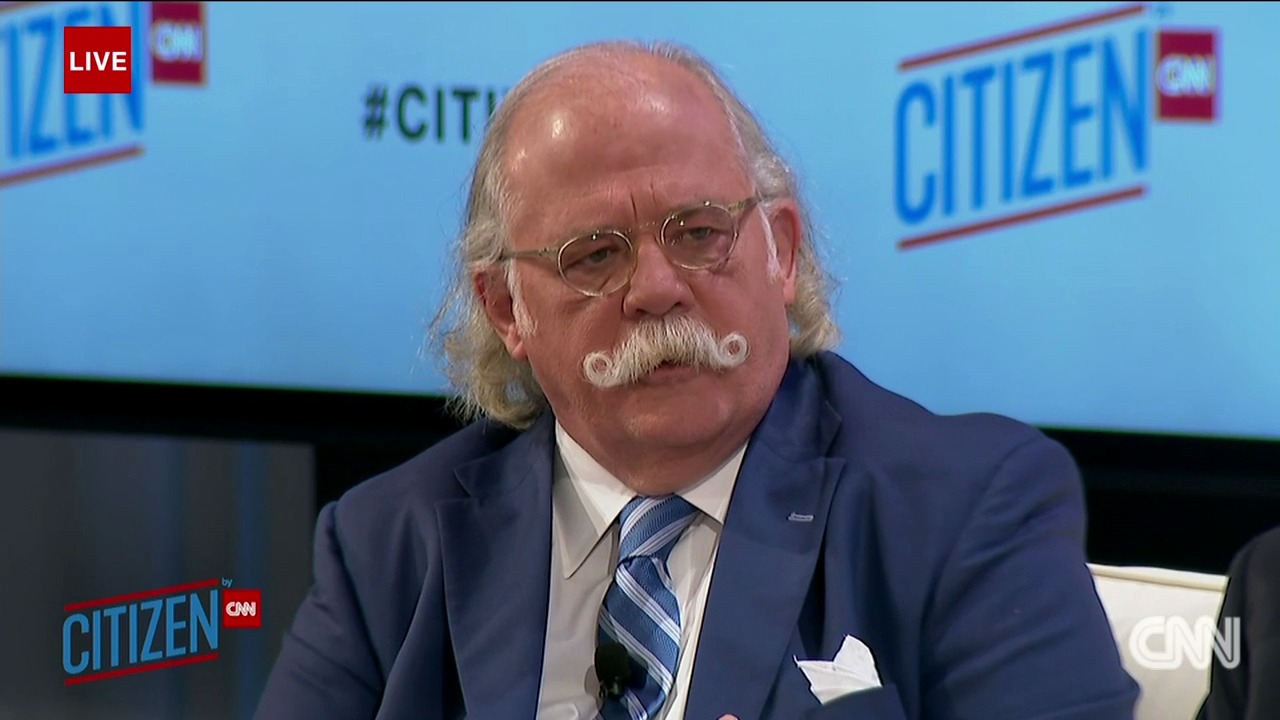 Former White House lawyer Ty Cobb told CNN’s Gloria Borger on Monday that he does not believe that special counsel Bob Mueller’s probe is a “witch hunt,” a belief not shared by his former boss, President Donald Trump.

The comment came during a panel with Jack Quinn, a former White House lawyer under President Bill Clinton, and CNN’s Gloria Borger.

Quinn, in response to a question from Borger, lauded Clinton as the best client he has had.

Cobb, to laughter, quickly jumped in, noting that he had a “different experience.”

Cobb was more laudatory of Mueller, calling him “an American hero in my view.”

“He was a very serious prosecutor,” Cobb said. “He and I first met in the mid 80s when we were prosecuting different places and I have respected him throughout.” 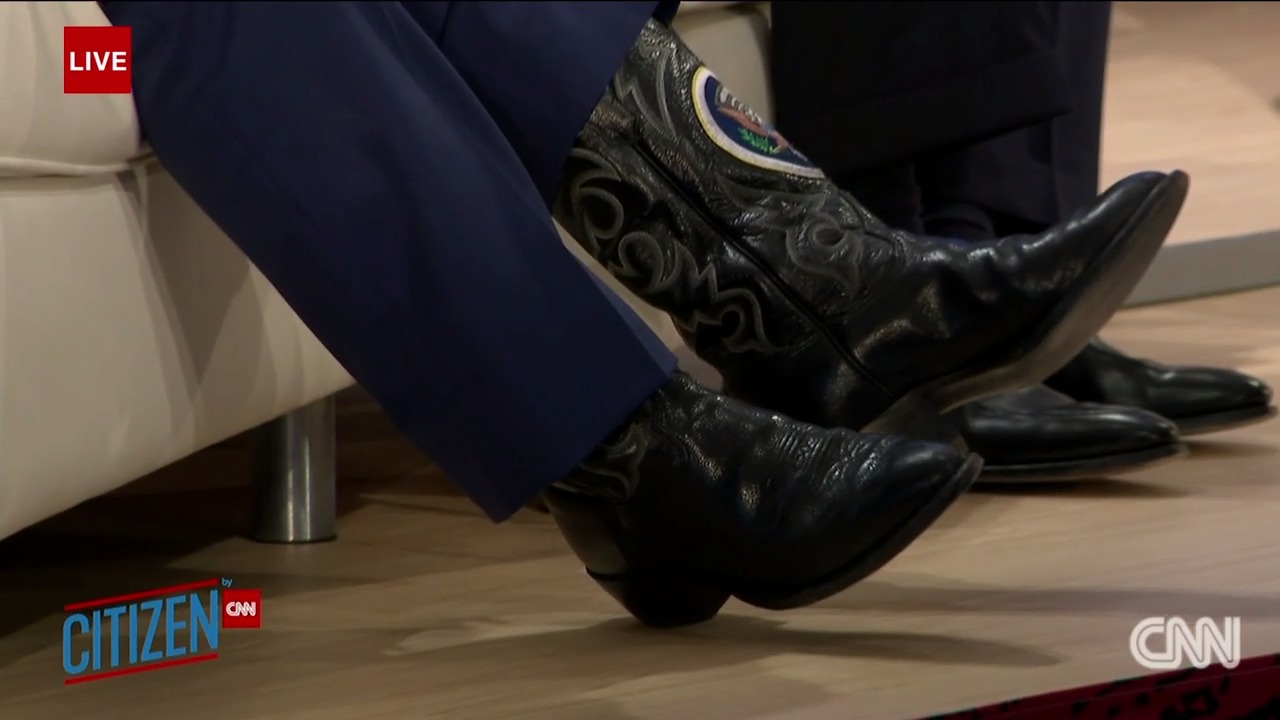 Ty Cobb just showed off his cowboy boots which were specially made to include the Presidential Seal. 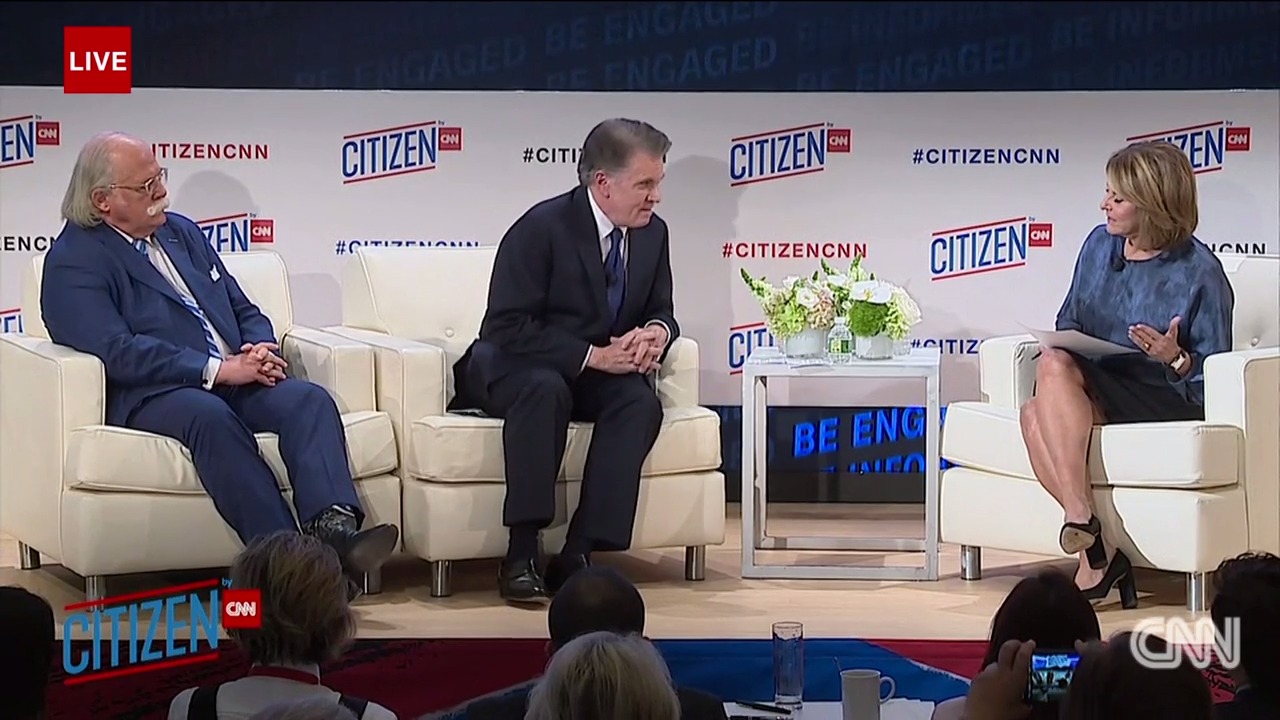 In May, Trump replaced Cobb, the former federal prosecutor who joined Trump's legal team in July 2017, with Emmet Flood, who represented President Clinton in the late 1990s.

Cobb had been clashing with the President over Trump's combative posture with special counsel Robert Mueller's investigation.

Trump's legal team is bracing for the dramatic possibility that Mueller would subpoena the President, setting up a collision that could force a lengthy court fight and test the legal limits of the President's power all the way up to the Supreme Court. 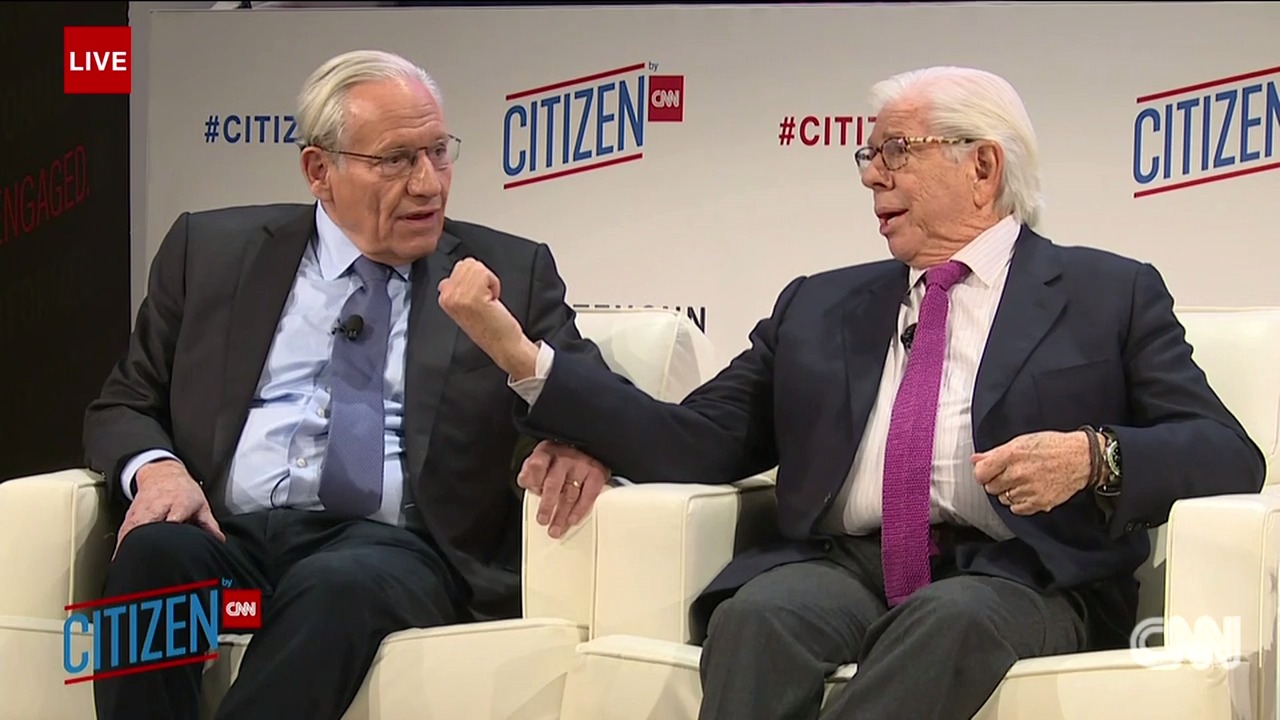 Bernstein and Woodward were both Washington Post reporters who helped uncover the 1970s Watergate scandal that brought down President Richard Nixon.

Woodward recently drew the ire of President Trump over his bombshell book, "Fear: Trump in the White House," which provides an unprecedented inside-the-room look through the eyes of the President's inner circle.

From the Oval Office to the Situation Room to the White House residence, Woodward used confidential background interviews to illustrate how some of the President's top advisers view him as a danger to national security and have sought to circumvent the commander in chief.

Bernstein, a CNN political analyst, defended Woodward's book and vouched for his former colleague's methodology of reporting of drawing from hundreds of hours of interviews with first-hand sources and documents to back up quotes, saying it was the same method the pair used while reporting on the Nixon administration.

Trump and the White House have pushed back on the allegations in Woodward's book, but Woodward stands by his reporting.

CNN Anchor and Chief Media Correspondent Brian Stelter is currently going one on one with A.G. Sulzberger, Publisher at The New York Times.

Right off the bat Sulzberger laid the stakes of the current moment in America, calling it an "all-hands on deck" time for journalism, which has seen a bigger decrease in jobs than coal mines in recent years, he said. 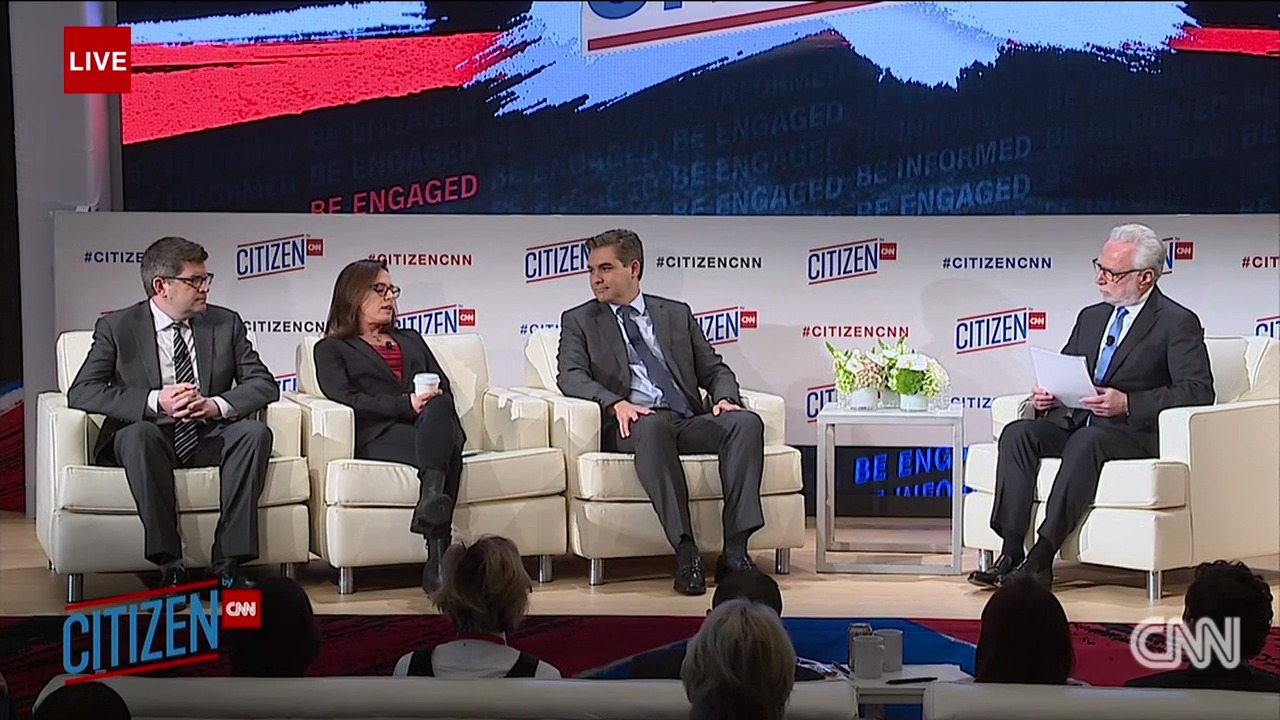 Watch it live in the video player above.

Outgoing Arizona Sen. Jeff Flake gave a candid answer about how Republicans have not lived up to their promises on debt and deficit over the last two years that the party controlled the White House, Senate and House.

“Yeah. We haven’t meant what we said by in large,” Flake told CNN’s Jake Tapper about some of the comments Senate Majority Leader Mitch McConnell and House Speaker Paul Ryan made during the Obama administration. “When you look at the budgets that we have passed, you can have tax cuts if you have commensurate budget cuts of some type.”

He argued that the lack of action on the debt and deficit that there is no longer an appetite for balance.

“We have lost that,” Flake said.

As for whether he plans to challenge Trump in 2020, Flake remarks, “Every senator thinks that they are going to run.”

“This one less so,” Flake said. “But I have said, I am on record, saying I hope someone runs in the primary against the president. I think Republicans need to be reminded what it means to be conservative.” 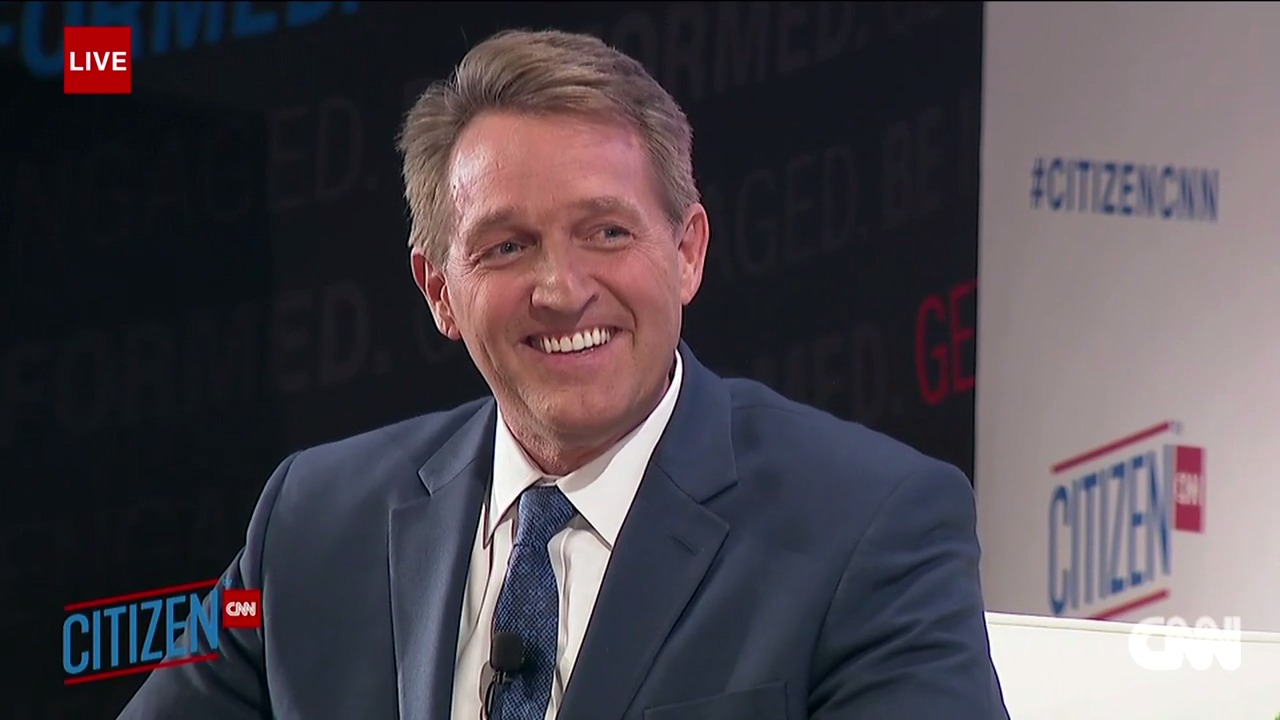 Sen. Jeff Flake told CNN’s Jake Tapper on Monday that “there are times” when it feels lonely for him in the Senate given his newly found role as a vocal Republican Trump critic.

Flake explained the lack of Republican outrage to some of Trump’s false and inflammatory comments to “fatigue.”

“I wish people would speak up more,” he said, commending Nebraska Sen. Ben Sasse and the late Sen. John McCain for doing so.

He argued that Republicans can’t respond to every tweet or comment Trump makes – “That takes all the time and you can’t expect that,” he said – but there are moments when it is required, citing when Trump applauded Rep. Greg Gianforte’s assault of a journalist earlier this month.

“That is something we ought to speak up on,” he said.