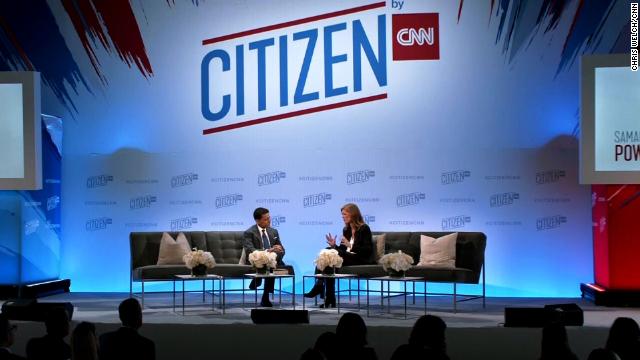 The CITIZEN by CNN conference in New York City has wrapped up for day.

Here were the highlights from the day's discussions: 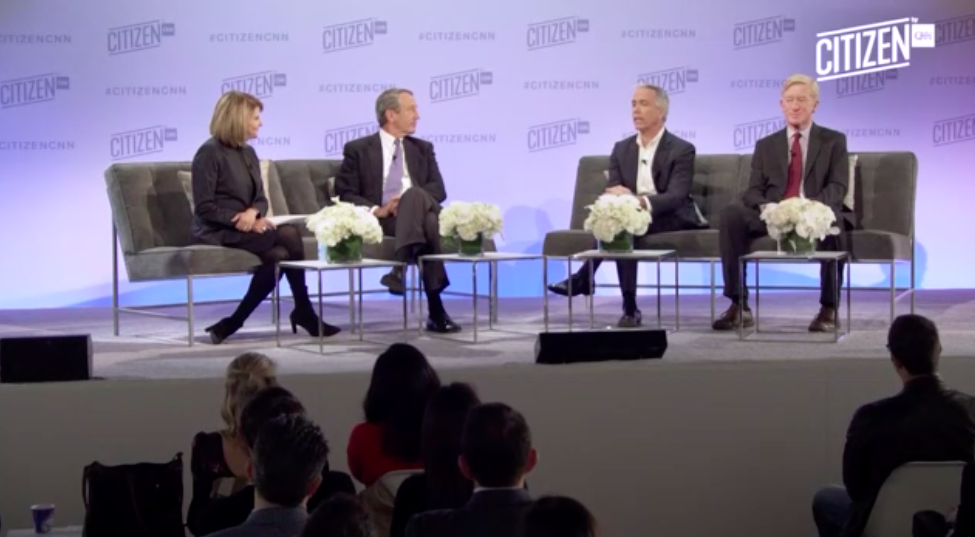 The three Republicans challenging President Trump for the party's 2020 presidential nomination — Bill Weld, Joe Walsh and Mark Sanford — responded to a Trump tweet this week where he said that "Never Trumper Republicans" are "human scum."

Bill Weld, the former Republican governor of Massachusetts, said "I return the favor" and called Trump a "reckless man" who is "endangering our Constitutional scheme."

Weld said that he supports removing Trump from office.

Walsh, a former Illinois Republican congressman, called Trump a "traitor" and a "coward." 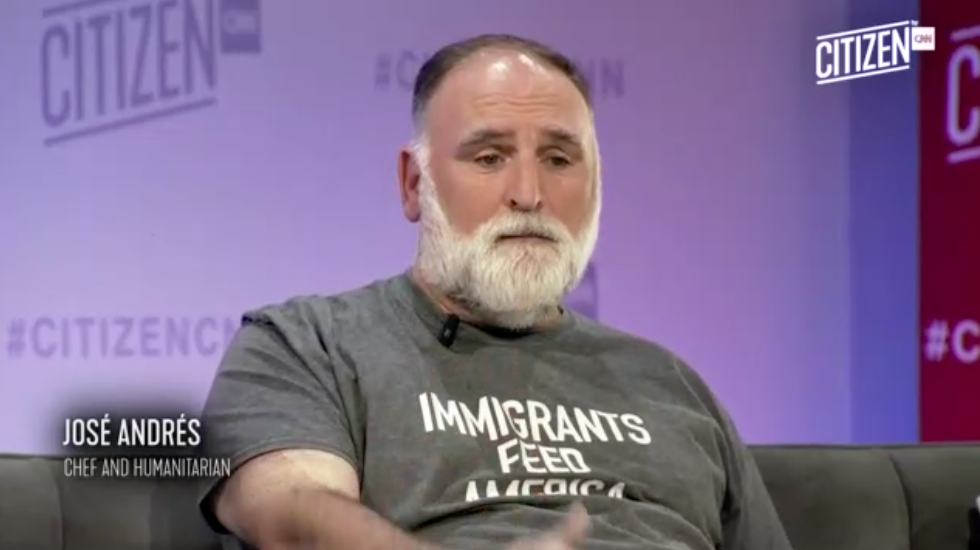 Renowned chef and humanitarian José Andrés spoke with CNN's Anderson Cooper about his efforts to provide disaster relief to places hit by hurricanes and other catastrophic events.

Andrés said that after Hurricane Dorian hit the Bahamas in September, his team visited "13 islands" during a trip to provide meals and other support to places affected by the storm.

Andrés said their efforts involved bringing in six helicopters to transport food to people after the storm. He said they also "rebuilt a dock" in a few days to get to one location that had been devastated.

"This is what we do," Andrés said. "We listen to the people...respond to their needs."

He added: "We arrive and we listen."

Asked if his work has left him optimistic about America, Andrés said, "Everyday more and more."

On groups who promote hate and division, Andrés said, "The dark side has been awakened."

"Now the Jedis of the world, we have to fix it," he said.

"We've turned down two ads from the Trump campaign, we've taken two, we don't have anything against taking those ads, but we're only going to take them when they're truthful," Zucker said.

Facebook should have the same standards, and frankly, given what happened in 2016, maybe they should just sit out this election and not take any political advertising until they can figure out how to get it right.

Facebook has been under intense scrutiny over its role in the 2016 election, including as a tool for Russian interference in the US election.

In 1991, Hill accused Supreme Court Justice Clarence Thomas of sexual harassment during his nomination. Former Vice President Joe Biden has been widely criticized for how he handled overseeing the confirmation hearings, during which Hill faced intense questioning from senators.

Hill stressed the importance of holding Biden accountable for his role in the hearings.

Accountability means acknowledging your role in the problem and the harm that was caused, that you have a part of it, giving me clear information that you have changed and you are going to do something about gender discrimination. I expect that from every candidate, regardless of their gender," Hill said.

She also said she does not express public support for specific presidential candidates.

Biden said in March that he regrets his actions during the hearings.

Anita Hill, a lawyer and academic who was thrust into the spotlight when she accused Clarence Thomas of sexual harassment during his Supreme Court nomination, expressed her solidarity with Christine Blasey Ford, who testified about being assaulted by Supreme Court Justice Brett Kavanaugh during his nomination.

She told CNN's Christine Amanpour that she saw many similarities between her experience and Ford's. "Even though the tone in the questions might have, in some sense, been different, the structure was hostile."

I can only say that it was just disappointing. I tend to be a hopeful person. I tend to build up my hope that things can be diff, we know more than we did 30 years ago, we know and understand these issues, we understand sexual assault, we don’t blame the victims automatically, we listen to the facts, and we know about the reality in terms of the numbers."

Despite her disappointment, she says she feels a "profound urgency" spurred by the momentum of the #MeToo movement.

Hill stressed the importance of going "beyond Kavanaugh." She framed the Kavanaugh hearings as not just a setback, but "this opportunity for us to realize how much work there is to be done."

"People say how do you feel? Well, one of the things that I’ve learned is that it’s important to be able to feel and think at the same time."

McCabe said Trump’s attacks on institutions, including the intelligence community, have had a “chilling effect” and are “incredibly damaging.” He said US national security “depends in large part on the courage and integrity of analysts to come forward” with information.

Clapper said Russian interference in the 2016 election is “irrefutable.” He said Trump doesn’t like to acknowledge it because it “casts doubt on the legitimacy of his election.”

McCabe said Russian interference is an an important issue that “demands the participation” of the President of the United States. He said with Trump making it clear that he doesn’t want to hear about Russian interference, “you run the risk of turning a blind eye to an adversary.”

Speaking about the ongoing Ukraine scandal and impeachment investigation, former general counsel for the FBI James A. Baker criticized the alleged quid pro quo between US officials and the Ukraine. 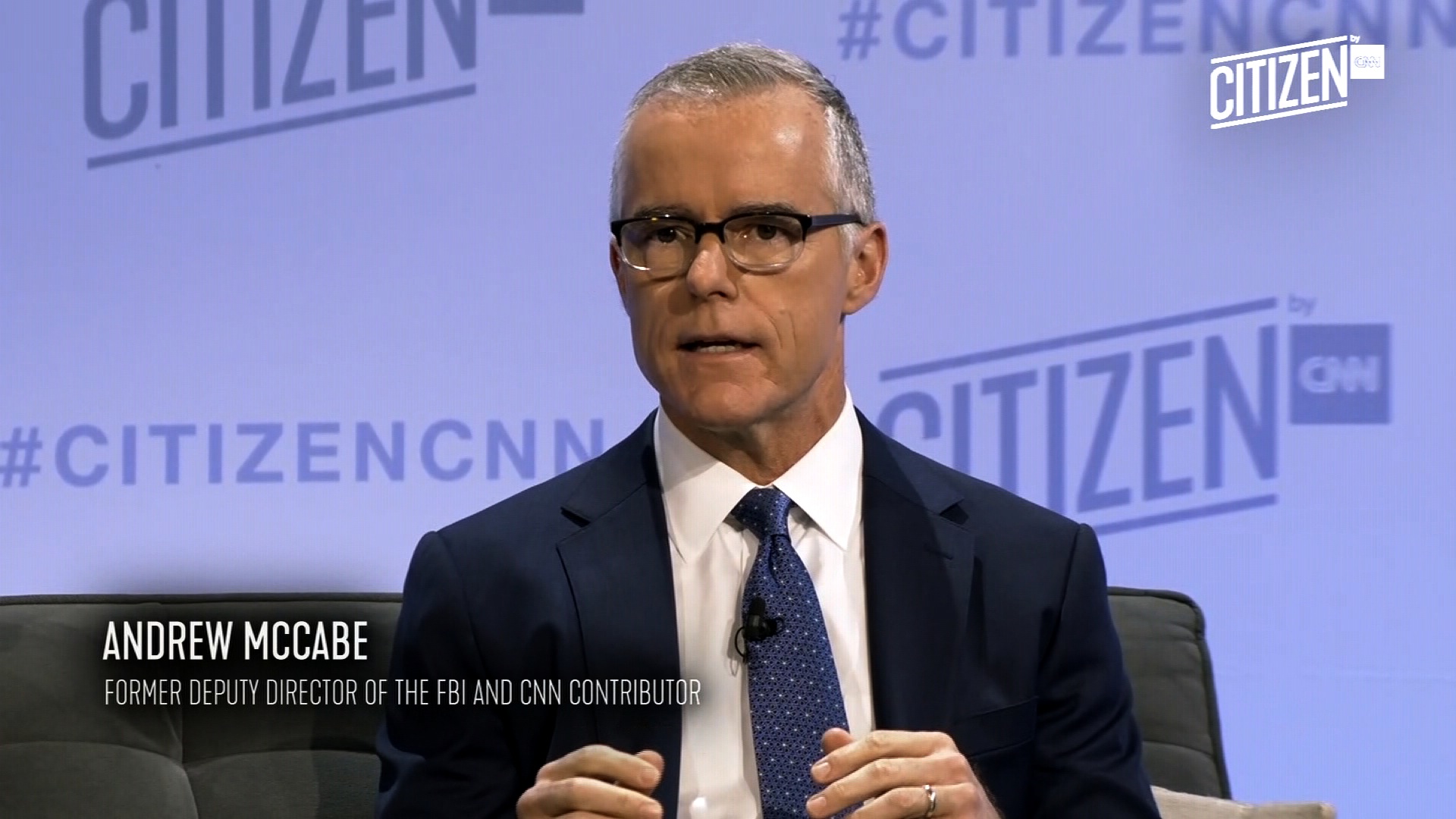 “People who do the work that we did are drawn to it not because they want be famous or they want to be in politics or on the news, they wish to serve, and they prefer to do it, especially in the intelligence community, very quietly," he said.

He pointed out that many intelligence officials have been suddenly drawn into the spotlight by the impeachment investigation — with potential ramifications for other officials.

"So the idea that you could become part of the next Twitter storm, or attached to the White House, or the subject of a seemingly arbitrary and possibly politically motivated internal investigation is incredibly damaging."

Our national security depends in large part on the courage and the integrity of people like career analysts to step forward and draw controversial conclusions, to analyze raw intelligence and present it to decision makers in sometimes revolutionary and unconventional ways. And if we have discouraged them from doing that, we’re all less safe.