Officer killed in attack near US Capitol

Our live coverage has ended. Read more about the Capitol incident here.

The suspect in today's attack has been identified as Noah Green, according to federal and local law enforcement sources.

One federal source said he is 25.

The suspect rammed a vehicle into a police barricade outside the Capitol building earlier today. He was fatally shot by police after he exited the vehicle holding a knife, police said.

The US Capitol Police said the investigation into today's attack on police officers near the US Capitol is ongoing.

Police released a statement on Twitter with further details of the timeline of today's attack on the Capitol.

"We are devastated to share the sad news that one of our officers involved in this afternoon’s incident passed away. USCP is working to notify the officer’s next of kin before it releases additional information," police said in the statement.

"Just after 1pm, a man in a blue sedan rammed his vehicle into the North Barricade at the U.S. Capitol, striking 2 USCP officers. The Department immediately locked down the Capitol Campus. The man exited the vehicle with a knife and ran toward our officers. At least one officer, drew their weapon and shot the suspect. One USCP officer was transported by a USCP cruiser to the hospital. The second USCP officer was transported by DC Fire and EMS. The suspect was also transported by DC Fire and EMS to the hospital where he succumbed to his injuries around 1:30pm."

Homeland Security Secretary Alejandro Mayorkas tweeted Friday that “there is still much to be determined about" the attack near the US Capitol today.

He offered the agency’s support to the Capitol Police and Washington, DC, Mayor Muriel Bowser.

The lockdown at the US Capitol following an attack on police officers nearby has been lifted.

Loudspeakers at the US Capitol alerted staff moments ago that the "lockdown due to the external threat has concluded — continue to follow police direction."

Biden is not in the White House. He arrived at Camp David at 12:53 p.m. ET where he is spending the Easter weekend.

Psaki made the comments to a pool reporter.

Moments after the US Capitol Police concluded its press conference, a notice was sent to staff on Capitol Hill reading in part:

"The external security threat located at all of the U.S. Capitol Campus Buildings has been neutralized, but the USCP is continuing to investigate out of an abundance of caution and there is still no entry or exit permitted at this time."

House Speaker Nancy Pelosi has ordered the flags at the US Capitol to be flown at half-staff due to the death of a US Capitol Police officer in today's attack near the building, Pelosi's spokesperson Drew Hammill said in a tweet.

Robert Contee, acting chief of the Metropolitan Police Department, said the attack near the US Capitol today "does not appear to be terrorism related."

"It does not appear to be terrorism related. But obviously we'll continue to investigate to see if there is some type of nexus along those lines," he said at a news conference Friday. 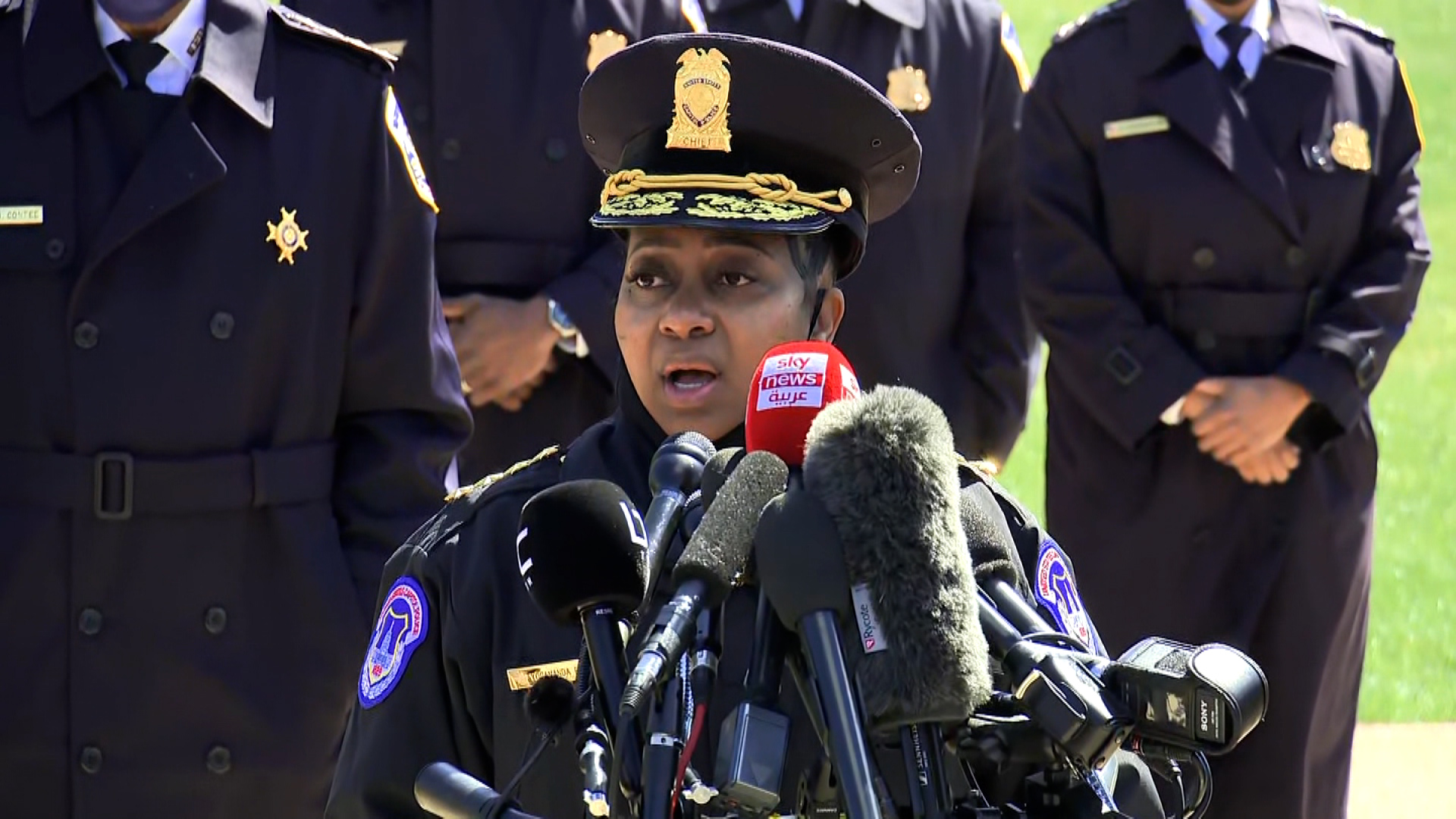 Yogananda Pittman, acting chief of the US Capitol Police, asked for prayers this afternoon moments after sharing that a Capitol Police officer had died after a vehicular attack on US Capitol grounds earlier in the day.

"I just ask that the public continue to keep US Capitol police and their families in your prayers," she said.

The officer who was killed today is the second to die in the line of duty this year. Capitol Police officer, Brian D. Sicknick, died a day after the Capitol riot on Jan. 6 "due to injuries sustained while on-duty," the Capitol Police said in a statement. Two officers died by suicide after responding to the riot.

"It has been an extremely difficult and challenging year for us but we will get through this," she added at the end of the conference.