Our live coverage of the California recall election has ended. Read more here. 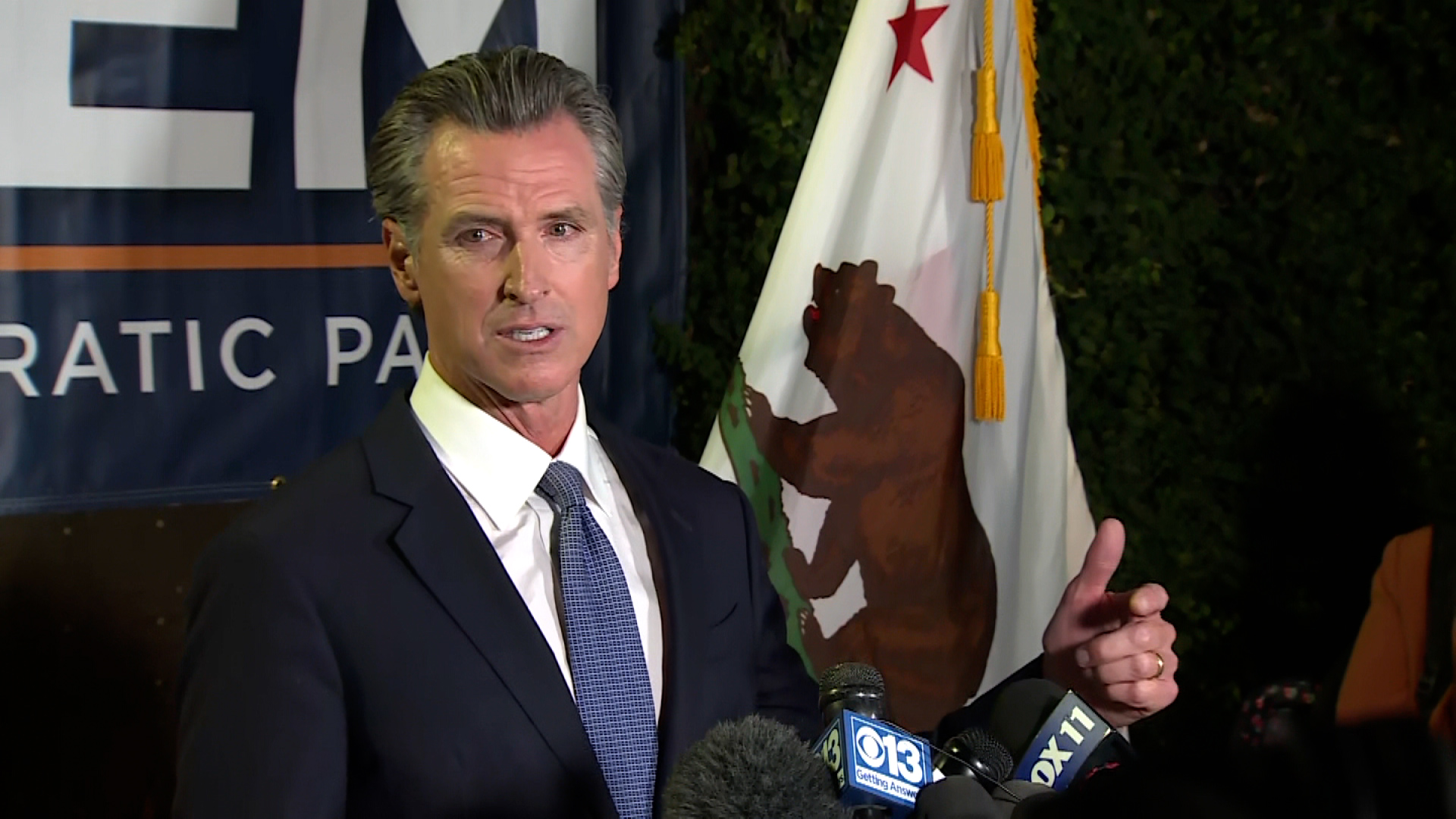 California Gov. Gavin Newsom thanked voters for rejecting the recall and for reaffirming his policy and values platform during remarks from the state's capitol.

"An overwhelmingly no vote tonight here in the state of California. That was expressed tonight. I want to focus on what we said yes to as a state," Newsom said.

Moments after CNN projected that Democrat Gavin Newsom defeated the recall effort and will remain the governor of California, CNN’s Kasie Hunt described what she sees as sustained Democratic participation following the 2020 presidential election.

“The margin that we’re seeing early in the night is huge for Gavin Newsom. It’s bigger than, you know, many people expected, certainly than many of my sources expected it to be,” Hunt said.

“I think that shows you that Democrats are still really engaged or that you can engage them. They haven’t tuned out of the news after four years of Donald Trump. They are still afraid of that kind of governance coming back, of living that way again. And there is a way to activate that instinct,” she said.

Hunt added that Democrats have not demonstrated complacency following a victory in the 2020 presidential election. 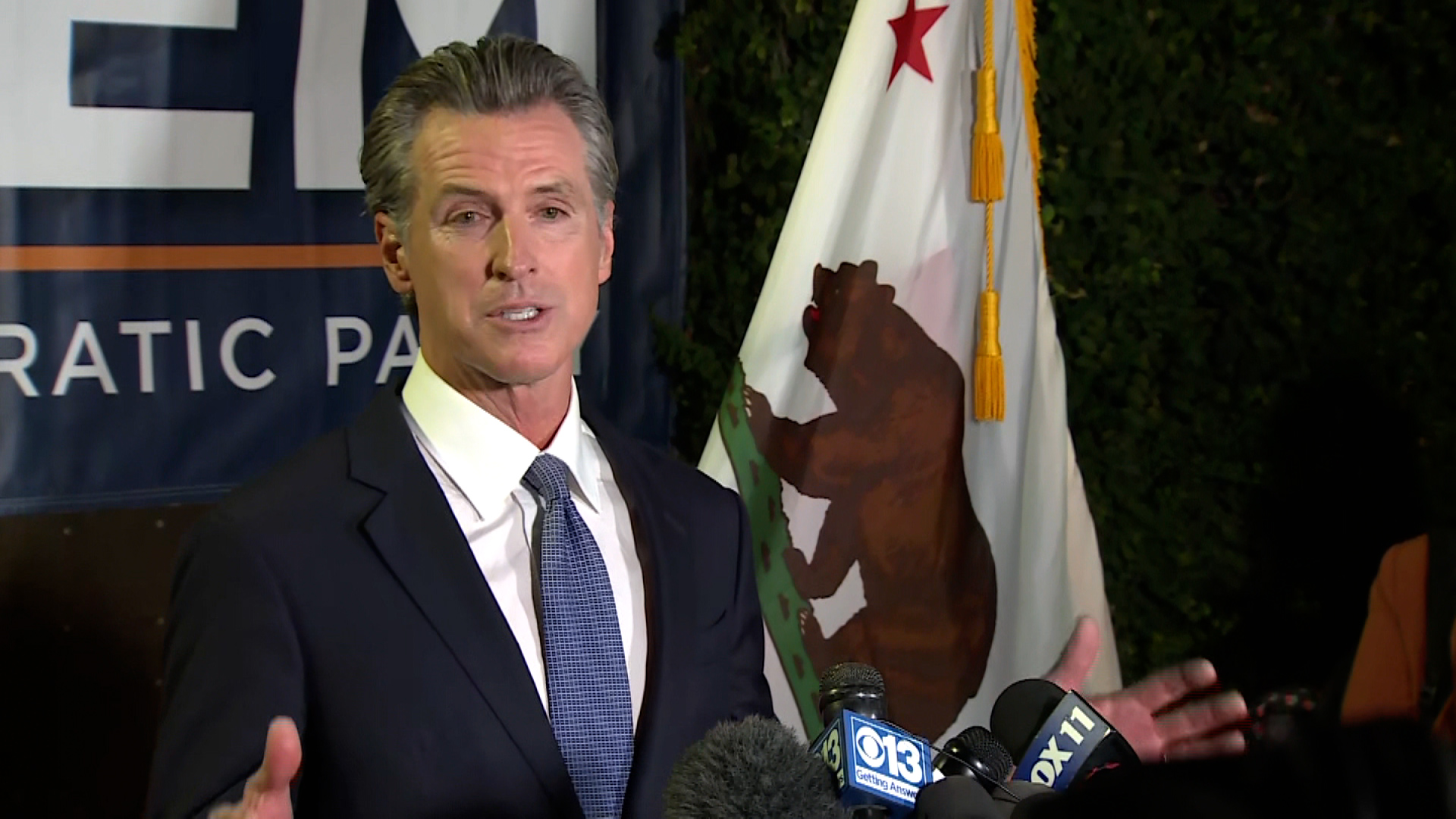 CNN projected that the governor will remain in office after a majority of voters voted "no" in Tuesday’s recall election.

"I am humbled and grateful to the millions and millions of Californians who exercised their fundamental right to vote, and expressed themselves so overwhelmingly by rejecting the division, by rejecting the cynicism, by rejecting so much of the negativity that's defined our politics in this country over the course of so many years," Newsom said.

CNN's Van Jones responded to California voters' decision to keep Gov. Gavin Newsom in office, saying the progressive leader of the nation's most populous state was likely "humbled" by the near miss.

"I think he's been humbled by this experience," said Jones, speaking just moments after CNN projected that Newsom would survive the Republican lead recall effort. "Your successes give you your confidence. Your step backs give you your character."

Jones said Newsom "was looking down the barrel of his career being over, and he had to find something in himself, and you saw that in him."

The White House and Democrats are looking at the numbers in California with confidence tonight.

While President Biden didn’t put Newsom over the finish line, he and other Democrats will still bask in the glow of the Covid-19 response: Voters are responding favorably to vaccine and mask mandates – and rejecting Trumpism.

With the 2022 midterm elections looming, Democrats see this as an unquestionable boost – only because losing would have been so disastrous for the party.

From the White House to the party committees, officials are enthusiastic tonight – even though it’s unclear what effect it will have on House and Senate races – if any.

One top Democratic official offered this caveat to CNN: “It’s more of a warning sign for them than anything for us. But we’ll take it.”

California Gov. Gavin Newsom survives GOP-backed recall effort and will remain in office after a majority of voters voted "no" in Tuesday’s recall election, according to a projection from the CNN Decision Desk.

California voters were asked just two questions on the recall ballot: First, "yes" or "no" on whether they want to remove Newsom from office.

Newsom will now finish out the remainder of his term.

Unions were critical to Democratic turnout efforts in the recall — something Gov. Gavin Newsom acknowledged in in the final weeks of the election.

In Los Angeles county alone, the entire affiliation of labor unions through the AFL-CIO called more than 1 million phone numbers and knocked on over 130,000 doors, according to the organization's spokesperson Christian Castro. In total, the federation spent over $2.1 million on the recall effort and coordinated a total of 3,265 volunteer shifts.

Newsom acknowledged his campaign was leaning on unions in the final days of the campaign.

"It's not a persuasion campaign," Newsom told reporters earlier this month in Los Angeles. "I mean, you'll still find people that may be on the fence, but it's really about turnout. Labor knows how to turn out."

Unions also poured millions into the effort to stop the recall.

More than 50% of the estimated vote is in California's recall election and the question over whether California Gov. Gavin Newsom should be removed from office is on the ballot.

So far, the “no” vote – rejecting Newsom's removal has an early lead.

Newsom's team was projecting confidence as the finish line came into view Tuesday night, with one top adviser telling CNN they "could be headed for record turnout" in a statewide special election. That would be a clear advantage for the Democratic governor in this overwhelmingly blue state.

CNN has not yet made a projection in the race.

While CNN is not yet able to make a projection, the “no” vote – rejecting the removal of California Gov. Gavin Newsom – has an early lead in CNN’s exit poll.

If that lead holds, he will retain his job as governor of California.