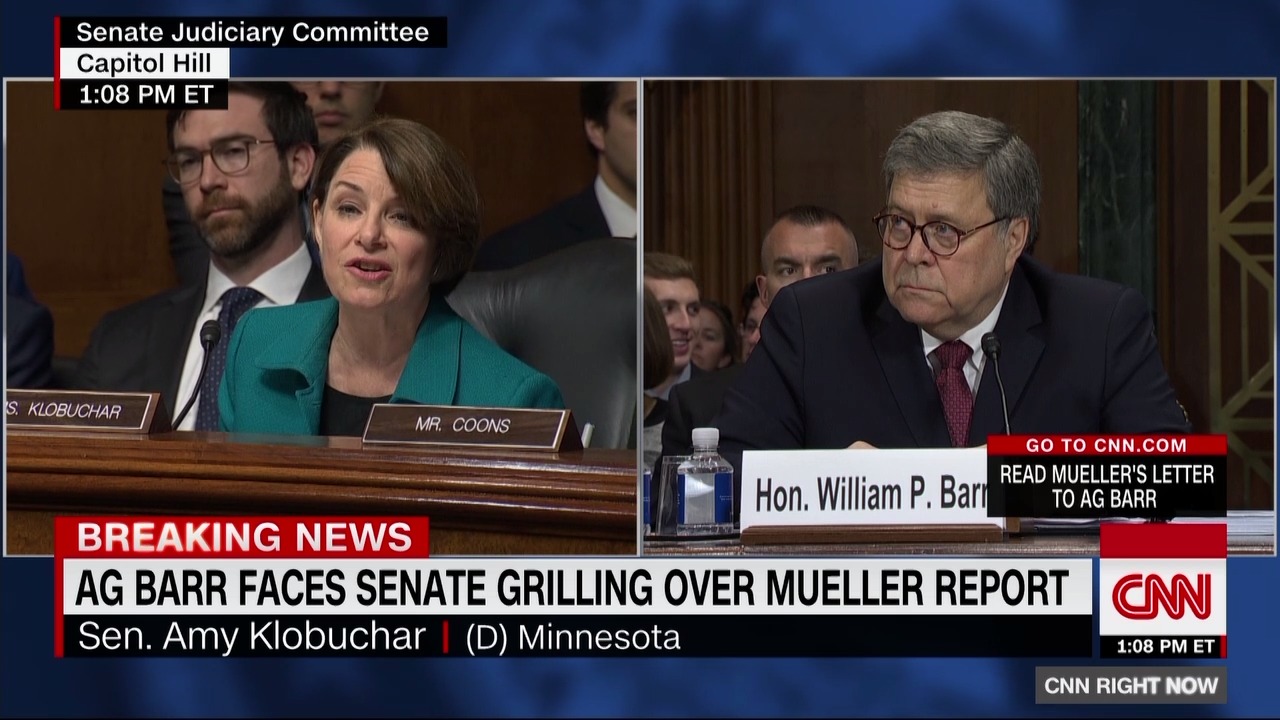 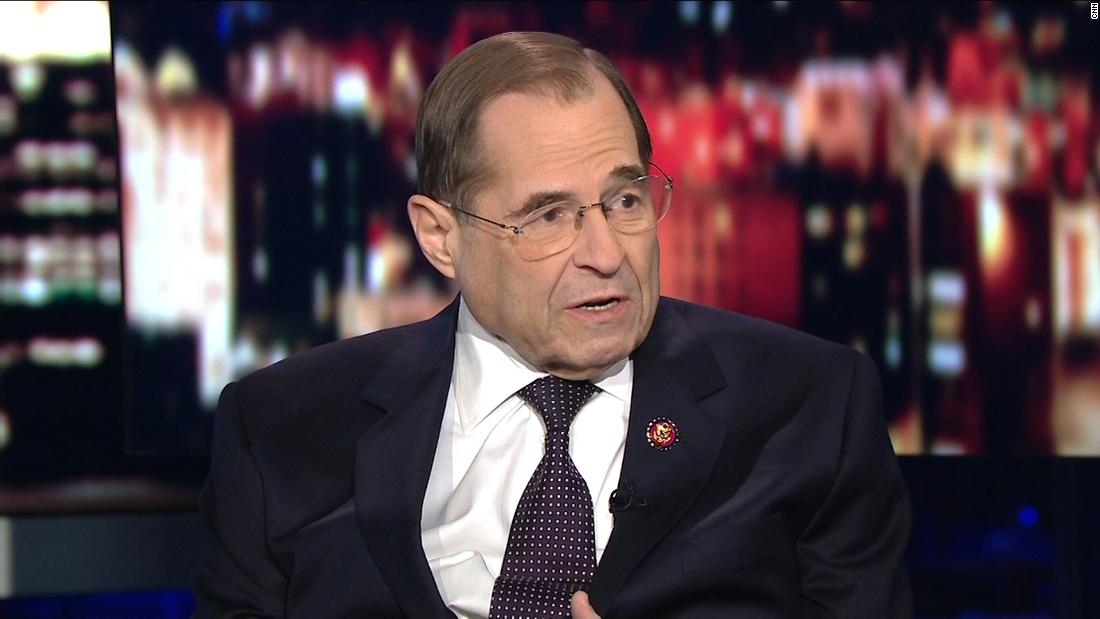 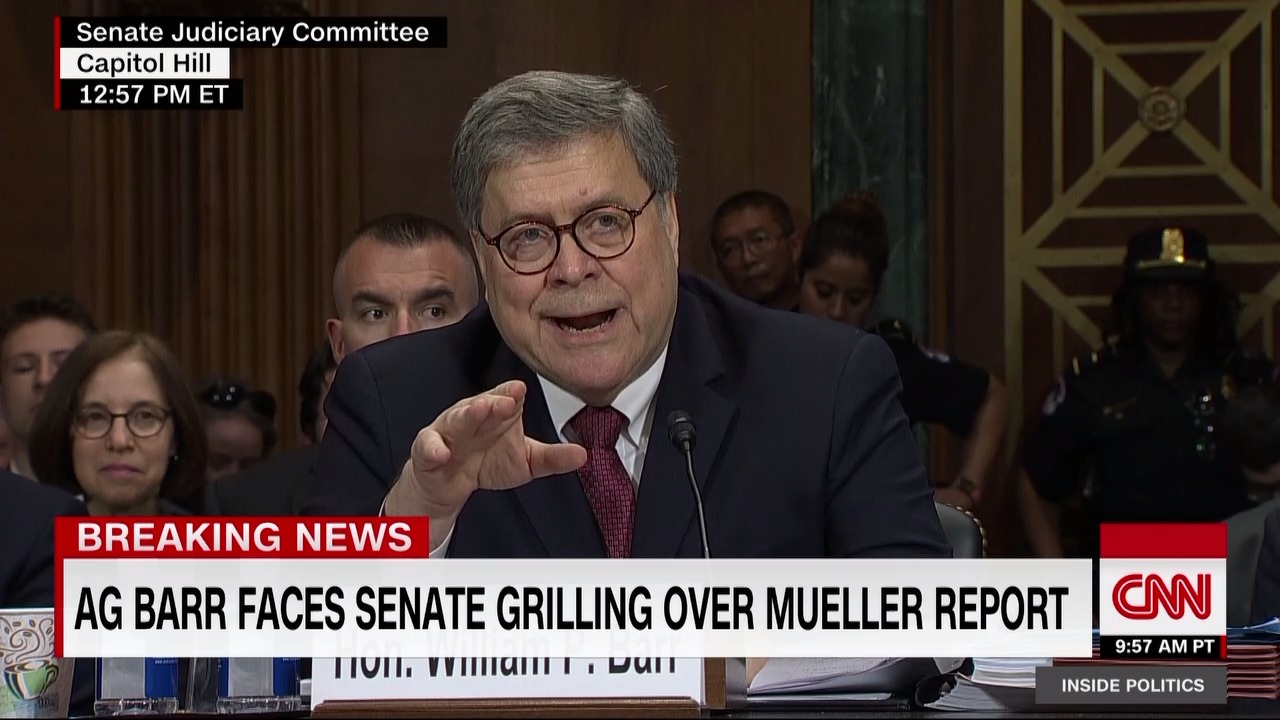 Attorney General William Barr told lawmakers that Robert Mueller's report "was my baby" in the days after the special counsel filed it.

Barr said Mueller is equivalent of a US attorney, and was working under the attorney general.

"He is part of the Department of Justice. His work concluded when he sent his work to the attorney general," the attorney general said. "At that point, it was my baby, and I was making a decision as to whether or not to make it public, and I effectively overrode the regulations, used discretion, to lean as far forward as I could to make that public. And it was my decision how and when to make it public, not Bob Mueller’s." 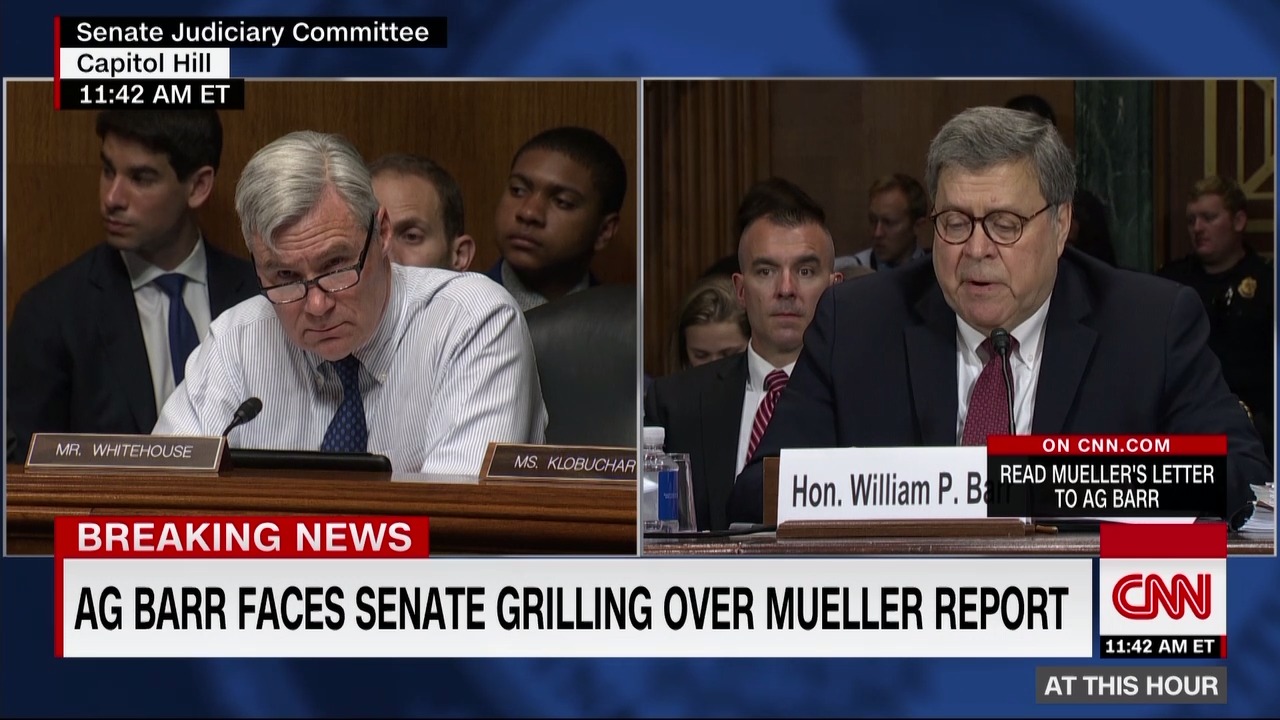 Whitehouse: "You knew that the Mueller letter was going to become public and that was probably yesterday?

Whitehouse: "OK. When did you decide to make that letter available to us in Congress?"

Whitehouse: "Would you concede you had an opportunity to make this letter public on April 4, when representative [Charlie] Crist asked you a very related question?"

Barr: "I don't know what you mean by related question. To me it seemed to be a very different question."

Whitehouse: "I can't even follow that down the road. That's masterful hairsplitting." 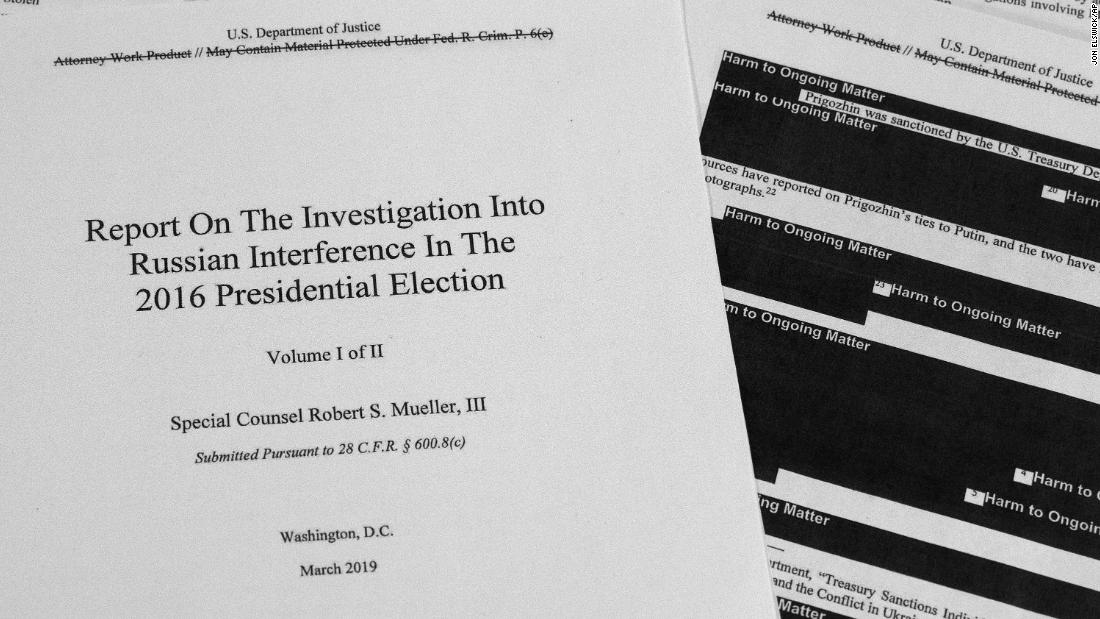 But several times in his report, Mueller points out how Trump and his team fell short of complete cooperation. Mueller also noted how they repeatedly requested a sit-down interview with Trump, but the President refused.

Mueller said he wasn’t satisfied with the written testimony Trump submitted in 2018:

“We received the President's written responses in late November 2018. In December 2018, we informed counsel of the insufficiency of those responses in several respects. We noted, among other things, that the President stated on more than 30 occasions that he ‘does not recall’ or ‘remember’ or have an ‘independent recollection’ of information called for by the questions. Other answers were ‘incomplete or imprecise.’”

Regarding the President being asked to clarify some answers regarding Michael Cohen:

"In his written answers, the President did not provide details about the timing and substance of his discussions with Cohen about the project and gave no indication that he had decided to no longer pursue the project. Yet after Cohen pleaded guilty, the President publicly stated that he had personally made the decision to abandon the project. The President then declined to clarify the seeming discrepancy to our Office or answer additional questions."

Also, regarding an in-person interview:

“We again requested an in-person interview, limited to certain topics, advising the President's counsel that ‘[t]his is the President's opportunity to voluntarily provide us with information for us to evaluate in the context of all of the evidence we have gathered.’ The President declined.”

Beyond Trump himself, Mueller also pointed out how some of Trump’s campaign associates took steps that make it more difficult for the investigation to get to the bottom of the “collusion” question:

“Further, the Office learned that some of the individuals we interviewed or whose conduct we investigated-including some associated with the Trump Campaign---deleted relevant communications or communicated during the relevant period using applications that feature encryption or that do not provide for long-term retention of data or communications records. In such cases, the Office was not able to corroborate witness statements through comparison to contemporaneous communications or fully question witnesses about statements that appeared inconsistent with other known facts.”

Here's a brief timeline of the events leading up the release of special counsel Robert Mueller's redacted report:

Attorney General William Barr asserted to the Senate Judiciary Committee that President Trump was concerned with special counsel Robert Mueller’s potential conflicts of interest when he tried to remove him.

Mueller acknowledges this, but says Trump was immediately told the conflicts of interest were “ridiculous” and didn’t affect Mueller’s service.

"This evidence shows that the President was not just seeking an examination of whether conflicts existed but instead was looking to use asserted conflicts as a way to terminate the special counsel," Mueller wrote.

Mueller's report also directly refutes Barr's statement today that Trump may not have believed he was asking White House Counsel Don McGahn to say something false. In his analysis of the episodes with McGahn, the Mueller report says: "There also is evidence that the President knew that he should not have made those calls to McGahn."

Mueller identifies this motivation as part of Trump’s intent to prevent the investigation of from continuing.