Where the abortion debate stands now

A federal judge in Mississippi expressed deep skepticism on Tuesday about a state law that bans abortion as early as six weeks of pregnancy, sending a signal that a series of similar attempts across the country to pass near total bans on abortion might not withstand judicial scrutiny.

The judge did not rule from the bench, but said he would issue a ruling soon.

During a hearing, Judge Carlton Reeves expressed anger at times, especially over the fact that the law has no exception for rape or incest.

Some background: Six months ago, Reeves struck a 15-week ban on abortion. That's when the legislature responded with an even more restrictive law.

Today, Reeves questioned whether the new law “smacks of defiance” to this court.

"You said we can't do 15 weeks so 'by God we will do six weeks,'" Reeves said at one point. He then rhetorically asked if the state legislature would call a special session and then pass a four-week or two-week ban.

Some 2020 Democratic presidential hopefuls are attending, or watching, today's rallies.

Abortion is legal under Roe v. Wade, the 1973 Supreme Court decision that legalized abortion in all 50 states.

But most states have set limits in one way or another.

This year, a series of strict anti-abortion bills have been passed with the intention to reshape women's access to the procedure: 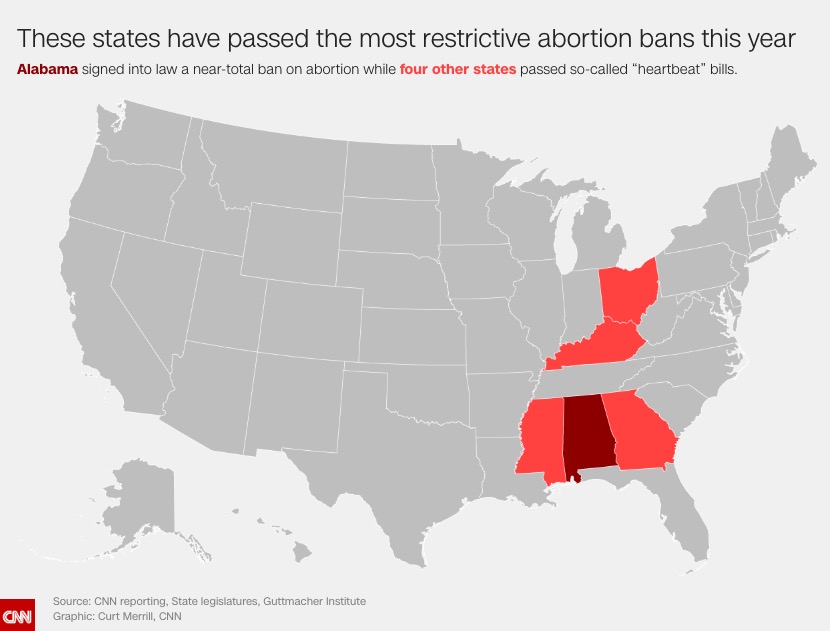 California Rep. Jackie Speier said Tuesday that women are being portrayed as property in states that have passed legislation restricting abortions and argued that government should be excluded from womens' health decisions.

"I think that women are being depicted as chattel," Speier said in an interview with CNN's Alisyn Camerota on "New Day" when asked about state bills that would limit abortion procedures.

Several Republican-led states have moved to pass bills restricting abortion, including Alabama, which enacted the country's most restrictive abortion law last week, with the hopes of them being used as a vehicle to challenge the US Supreme Court decision in Roe v. Wade.

"This has gotten quite absurd, and I think Alabama is just one more example of the many states that have now passed laws to treat women as if they do not have control over their bodies," Speier told CNN.

Speier last week joined a number of women on social media in sharing their personal stories about abortion, saying that she underwent the procedure because it was the "best choice for my health (and) my family."

"While it was an immensely hard decision, I don't regret it," she wrote on Twitter.

More than 50 organizations — including the American Civil Liberties Union and NARAL Pro-Choice America — are participating in #StopTheBans protests nationwide.

Rallies will take place at noon local time in almost all 50 states.

"Across the country, we are seeing a new wave of extreme bans on abortion, stripping away reproductive freedom and representing an all-out assault on abortion access," organizers said. "This is Trump's anti-choice movement... and it's terrifying, particularly for women of color and low-income women who are most affected by these bans." 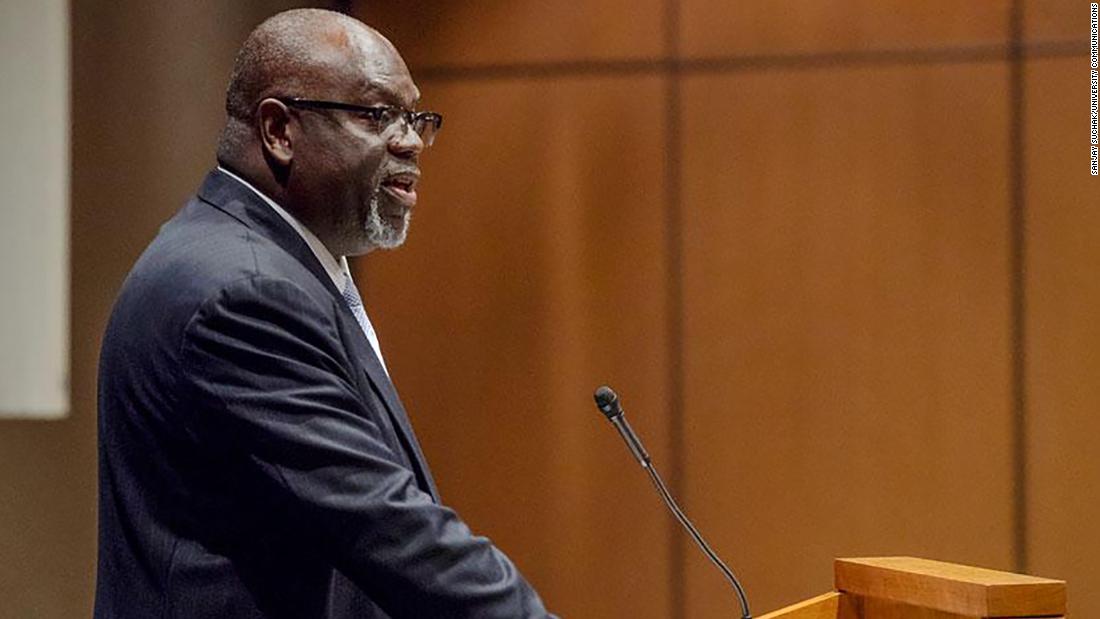 It was only six months ago that federal district Judge Carlton Reeves struck down a Mississippi law that banned abortion after 15 weeks of pregnancy, holding that the state was "wrong on the law" and that its Legislature's "professed interest" in women's health amounted to "pure gaslighting."

The state's response was to pass an even more restrictive law in March that bans abortion as early as six weeks.

What happens now: Today Reeves, who sits on the US District Court for the Southern District of Mississippi, will hear a new challenge from astonished critics who say the Legislature moved brazenly to both disregard his earlier opinion and Supreme Court precedent.