2020 Democrats campaign across the US

Our live coverage has ended for the day. Check out CNN Politics for more of today's news or follow the rest of the posts below for a recap of today's campaign trail moments.

Wayne Messam, the mayor of Miramar, Florida, formally launched his presidential campaign on Saturday at Florida Memorial University, touching on a variety of topics from his platform including tackling student debt, gun violence and climate change.

Messam, who released a video on Thursday announcing his intentions, discussed his proposal to eliminate $1.5 trillion in student debt, saying that the US education system is a “debt trap” for young Americans and will impact them throughout their lives.

“As president, I will push for national student loan debt forgiveness, paid for by repealing the Trump tax cuts for the wealthiest in this country,” Messam said. "It is time for the federal government to cancel all federal and private student loans.”

Messam said repeatedly in his speech that “Washington is broken” and he is running for president to change that.

"I believe law enforcement should remove mass shooting weaponry from the hands of those suffering from mental illness, those who have a history of domestic abuse, and anyone on the terrorist watch list,” Messam said.

Messam said preventing mass shootings will be the first priority for his administration.

Messam also pushed for urgent action around climate change, saying it is not a hoax but “the premier danger to our very existence and the future of our children and grandchildren.”

"I’ve built a construction business overseeing nearly a half a billion dollars in projects and I helped build the greenest school in Florida, so I know how to create jobs taking action to prevent climate change,” Messam said. 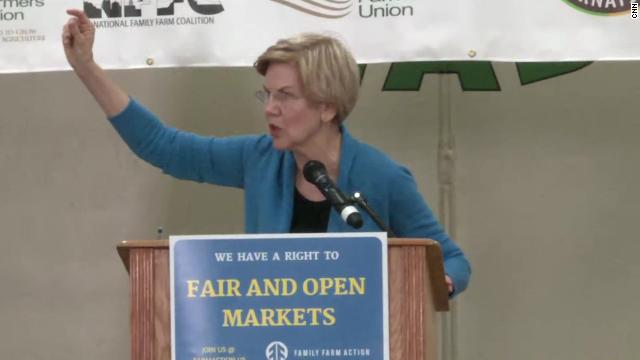 Democratic candidate Elizabeth Warren electrified a crowd of more than 100 farmers on Saturday, telling them “farmers' rights are human rights, I’m with you on that,” at the Iowa Family Farm Actions Farmers Bill of Rights Rally in Storm Lake, Iowa.

The 2020 hopeful showed up to lay out her latest policy to target large companies -- this one with a laser focus on the agricultural industry. Squeezed between bales of Hay, Warren slammed Washington for “working just great for giant agribusinesses, just not for farmers who work the land."

The Massachusetts Democrat broke down her policy which attacks corporate consolidation, pledging to undo the Monsanto-Bayer merger, which she says will leave families with less choices, less money and less independence.

“Farmers' rights are human rights, I’m with you on that. It also means we need to enforce the anti-trust laws that already exist in the United States. We have got to fight back against consolidation, and I make you a promise. You put me in the White House, I will unwind the Bayer-Monsanto merger. We can do this.”

Warren also spoke against foreign governments buying American land, calling it a threat to farmers, and the country's “national defense and good security.”

The largest applause line of the day came when she called for individual farmers to be able to repair their equipment on their own. Overall, she called for "big, structural change" to save an industry being squeezed by corporations. 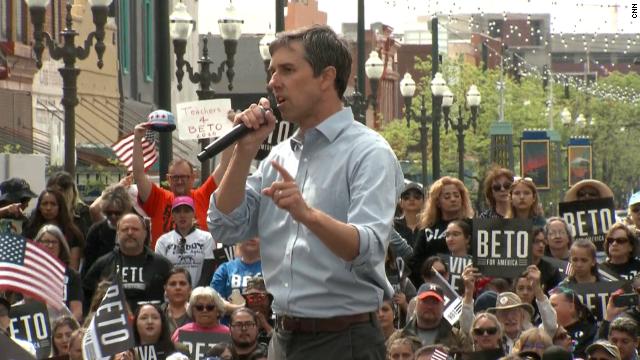 "This is our moment of truth," O’Rourke said, adding, "The challenges before us are the greatest of our lifetimes.”

"Like so many of you here, like so many more across the country, at this defining moment, Amy and I want to know that we’ve done everything within our power for this country,” O’Rourke said. He added, “this is a campaign for America, for everyone in America.”

O’Rourke said the decision to announce “comes at some sacrifice to our family, especially to our kids,” but said, “we also know that our children and that your children and the generations that follow them are depending on us now at this moment.”

Immigration was a strong theme in his speech, and O'Rourke told the crowd, "El Paso to me represents America at its very best.”

“That’s why I am so glad to be here with you today in my hometown, in my home state, to announce that I’m running to serve you as the next President of the United States of America,” which drew loud cheers from the crowd.

It’s the last week of fundraising before the quarter one deadline this Sunday, so candidates are expected to spend much of their time raising money. That deadline is an important test for some of the campaigns trying to show strength and viability.

It's also the Heartland Forum in Storm Lake, Iowa, on Saturday, which means many candidates are heading to Iowa. The event focuses on rural issues, giving candidates a chance to appeal to rural voters.

Here's what to watch for:

Wayne Messam, the little-known mayor of Miramar, Florida, announced Thursday that he is running for president — but few outside of South Florida have heard of him.

In his announcement video, the mayor of the 140,000-person city railed against what he calls a "broken" federal government in Washington, DC.

His entrance into the race makes him the longest of longshots in an already crowded field of Democrats vying to take on President Donald Trump in 2020.

Democratic candidates Elizabeth Warren and Amy Klobuchar are attending the Heartland Forum in Iowa this weekend alongside other 2020 Democrats — and they're both hitting the campaign trails around the state while they're there.

Warren held two meet and greets on Friday, and will speak at the Family Farm Action Rally today before speaking at the Heartland Forum.

Klobuchar will hold meet and greets today in Hornick and Sioux City before going to speak at the forum in the afternoon. On Friday, she also had a meet and greet in Stanton, Iowa, and discussed flood damage in Pacific Junction. 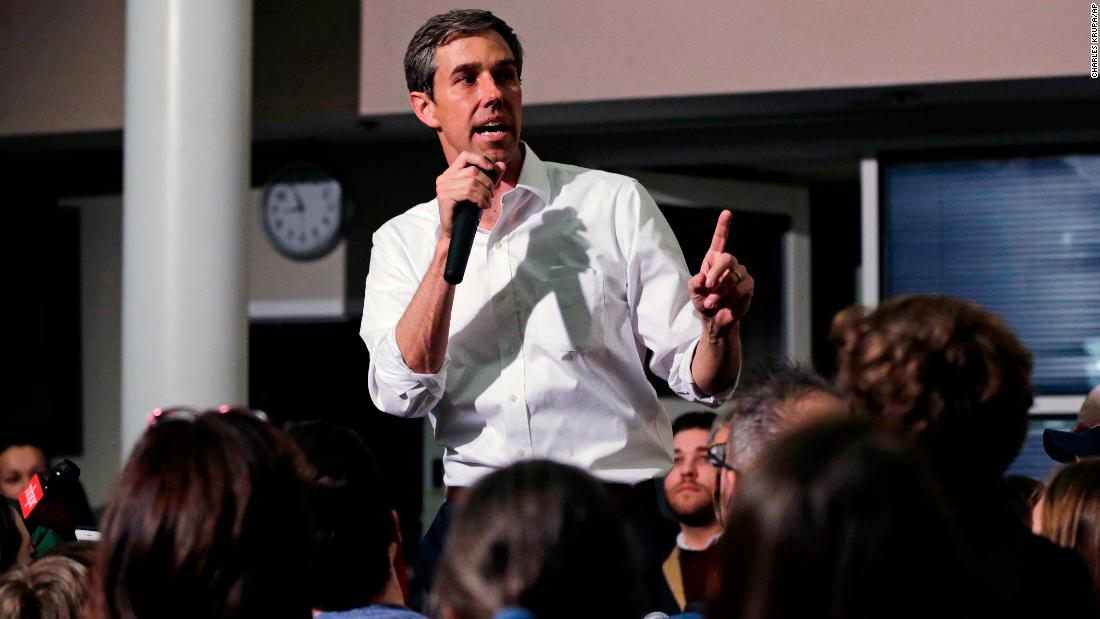 Beto O’Rourke is holding kickoff rallies for his campaign on Saturday in Texas.

Since he announced his campaign two weeks ago, O'Rourke has largely stuck to smaller — but crowded — venues, visiting eight states.

He starts his Saturday with a rally in El Paso, then goes on to Houston and Austin in the evening. 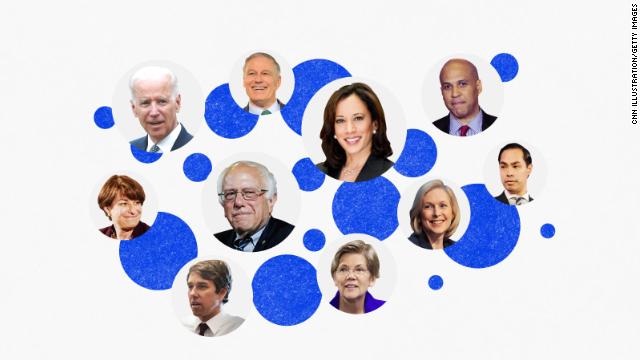 The 2020 field is taking shape, with candidates revealing their intentions on a seemingly everyday basis.

Here's are the 15 Democrats who have officially announced their candidacy: