Democratic Attorney General Andy Beshear, the son of the former governor, has beaten incumbent Republican Gov. Matt Bevin after a bitter race, according to Kentucky's secretary of state.

Secretary of State Alison Lundergan Grimes told CNN’s Chris Cuomo her office has called the race, and they do not believe the difference in the vote can be made up by Bevin. A recanvass could still be requested.

CNN has not yet made a projection in the race.

Bevin, a sometimes polarizing figure who had faced political struggles in his first term, had tied himself to President Trump in his campaign, in a state where Trump won by nearly 30 points. The President went to Lexington to hold a rally for Bevin on the eve of the election.

Democrats will win at least 21 seats in the Virginia state Senate, taking control of the chamber, CNN projects.

Democrats have poured a record-breaking amount of money into the state Legislature races. Virginia has long been a bellwether for national wins but has drifted left in recent years.

Some background: Republicans controlled the state Senate with 20 seats to Democrats' 19. Republicans have held on to the Senate since 2014 and House since 1999 by slim margins.

Jubilant is one way to describe the scene at the Hilton Hotel in downtown Richmond, Virginia.

Democrats started streaming into the event shortly after the doors opened at 7 p.m. ET. At first nervous optimism quickly turned into bright smiles, hugs and high-fives as one by one Democrats became more and more confident that the races were tilting in their favor.

While Democrats in the room were not prepared to declare victory quite yet, there was a strong sense in the building that the party was in a strong position to regain control of both houses of the state's General Assembly.

“Based on the numbers and turnout, we are feeling really excited — and I think we are about to make history,” said Sen. Jennifer McClellan who easily cruised to re-election and is considered a possible statewide candidate.

On the Republican side, there was very little reason for optimism. The GOP did not organize an election night party and one GOP operative involved in several races simply said.

“Not good, Dems having a good night," the GOP source said.

Kentucky Republicans are rushing to distance themselves tonight from GOP Gov. Matt Bevin, pointing out his high disapproval ratings. They note that other GOP candidates are winning.

Tonight, one GOP Kentucky adviser said of Bevin: “Turns out it’s not too popular to cut teacher pensions — among other fights he picked."

It’s far too soon to say whether this spells trouble for McConnell next year — he knows how to win hard races — but this is not what Kentucky Republicans were hoping for tonight.

Beshear was elected attorney general of Kentucky in 2015, and is the son of Steve Beshear, who was the 61st governor of Kentucky, serving from 2007 to 2015.

About Bevin: In 2014, Bevin ran for a seat in the US Senate but was defeated in the GOP primary by incumbent Mitch McConnell. 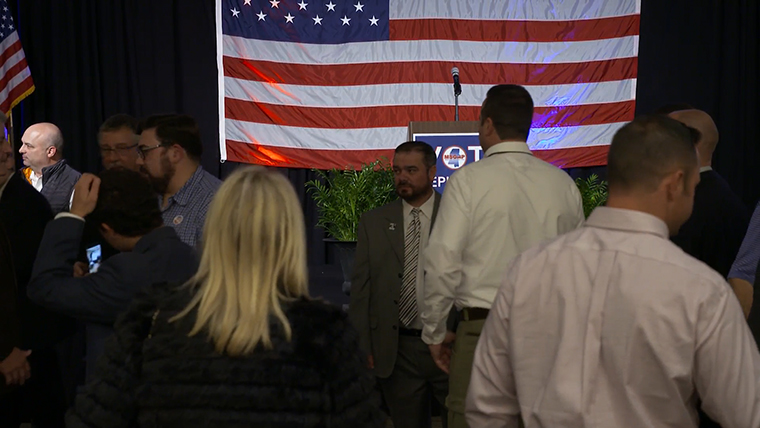 Things are just starting to get underway at Lt. Gov. Tate Reeves' headquarters in Mississippi.

Before retreating into another room with his team once the polls closed, Reeves was hanging around the media setting up in the ballroom of the Westin in downtown Jackson.

The Republican lieutenant governor spoke with everyone, waving at reporters as they walked around. He gave giving live interviews with local affiliates TV stations.

Carter, along with Qasim Rashid, a Muslim activist and author, who is running to unseat a GOP incumbent in the state Senate, and Elizabeth Guzmán, another Democratic delegate up for reelection, got a boost on Monday from Sen. Bernie Sanders, who hosted a “Get Out the Vote” event for the trio in Manassas. Guzmán is leading her race; Rashid is trailing in his.

A Marine veteran, Carter won his first election in 2017 when he defeated Jackson Miller, a Republican who served as the House majority whip.

Virginia Republicans held a narrow majority in the House of Delegates going into Election Day, 51-48. Democrats look to be on a path to flipping that chamber and the state Senate, which would give the party unified control of the state government headed into 2020. 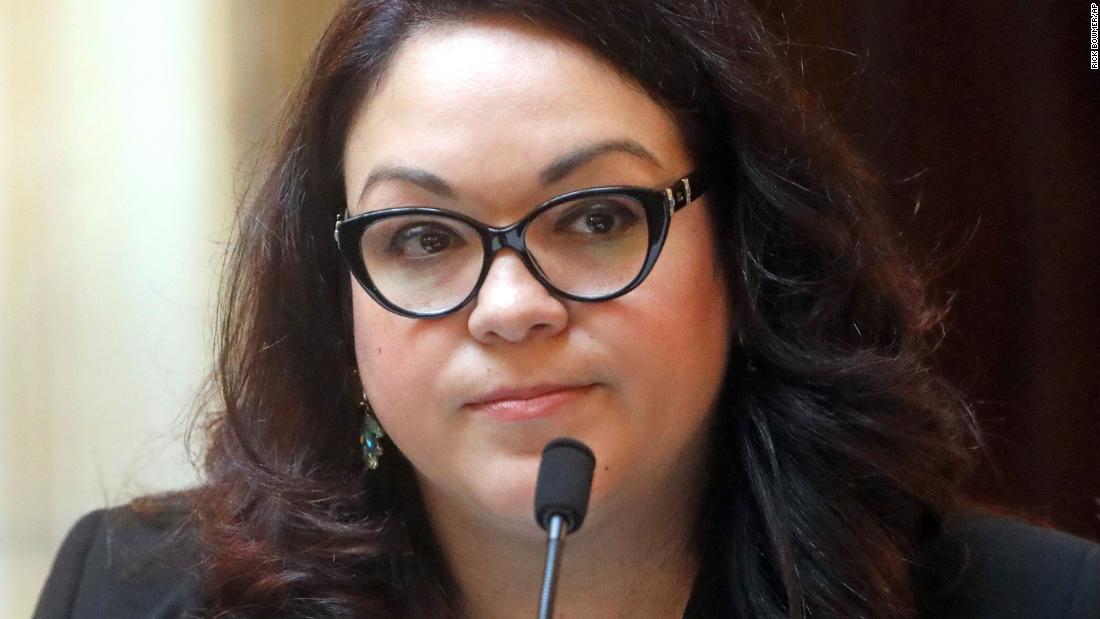 She and Mendenhall are both Democrats. They were the top candidates who moved to the general election after the primary in August. The state is largely dominated by Republicans but the city has elected Democratic mayors for decades.

Mendenhall has extensive experience in city government and has a similar platform than Escamilla.

About Salt Lake City: Latinos are the largest minority in the state and they are 20% of Salt Lake City's roughly 200,000 residents, according to the latest US Census statistics. Other Latinas are involved in state and local politics, but none has led Utah's capital city.

With 97% of precincts reporting as of 8:50 p.m. ET, Democrat Andy Beshear is leading incumbent Republican Gov. Matt Bevin in Kentucky.