Who will win Game of Thrones 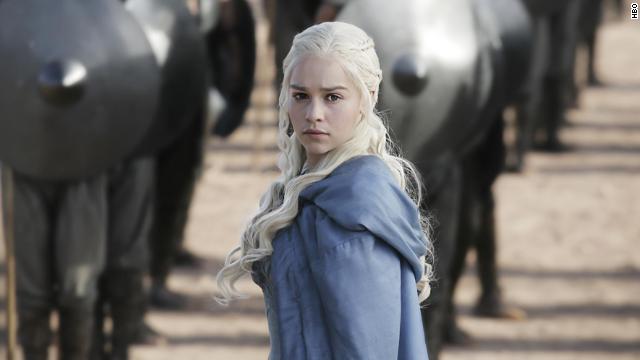 After years of war, Westeros has a chance to rebuild, and the leader best positioned to lead that effort is Daenerys Targaryen, Mother of Dragons. She has secured alliances with almost every major region of the continent, brought together different cultures, engaged in compromise for the good of the community and proven her commitment to the people of Westeros by risking her life for them.

The Iron Born have raided and pillaged mainland Westeros for centuries; with Daenerys as Queen, Yara Greyjoy will end these violent practices to the mutual benefit of the Iron Islands, Westerlands, Riverlands, and North. Dorne, historically prickly in its relationship with the rest of Westeros, has sworn for Daenerys. Given the sacrifices Daenerys made fighting alongside the North and the Vale, they have every reason to honor their allegiance to her. By elevating Gendry to Lord of Storm’s End, Daenerys will have the support of the Stormlands. These strong relationships forge communal identity across Westeros, deterring future violence.

Daenerys has developed a coalition of supporters from multiple cultures. She respects social practices even when she disagrees with them, as seen through her compromise regarding the Meereen fighting pits. By ending slavery and offering former slaves leadership positions, Daenerys has dismantled hierarchies and overthrown unjust leaders.

Unlike Cersei, Daenerys puts Westeros before herself. Varys talks of loyalty to the realm? Daenerys shows it.

Although criticized for her ambition, Daenerys suspended her quest for the Iron Throne to protect the North. Unlike Jon, who jeopardized his entire army when he rushed into battle after watching Rickon die, Daenerys is channeling her pain into rethinking a losing battle strategy. Tormund praises Jon for befriending an enemy, going north of the Wall, and flying a dragon into battle; Daenerys did these things and more. In addition to attacking the Night King directly and killing wights with a dragonglass sword in ground combat, she’s rescued Jon twice – north of the Wall and during the Battle of Winterfell.

With Daenerys on the Iron Throne, Westeros can begin to heal from war and trauma.

Lindsey Mantoan is an assistant professor of theatre at Linfield College. She is the co-editor with Sara Brady of "Vying for the Iron Throne: Essays on Power, Gender, Death, and Performance in HBO's Game of Thrones" and the author of "War as Performance: Conflict in Iraq and Political Theatricality." 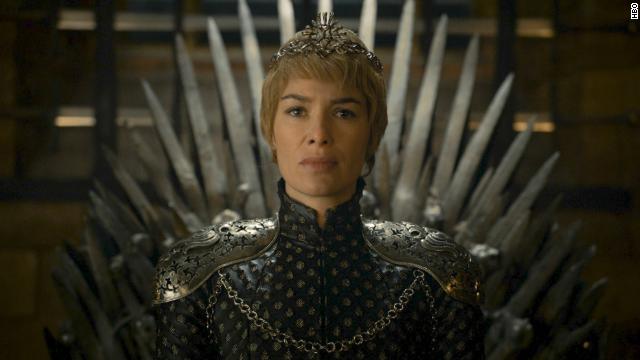 Cersei Lannister, the current occupant of the Iron Throne, is the clear pick to retain her title. Though she is not without her flaws, she is strong on the economy and strong on defense. Most importantly, she understands the need to continue building a great wall around King’s Landing to keep out the criminal “Free Folk” and “wildlings.” (NOTE: These are the same thing.) These reprobates are now streaming through a big hole in the underfunded wall of “Dead Jon Snow, the King in the North,” as Cersei calls him.

One of her endearing qualities is a fondness for nicknaming her rivals and publishing these funny creations on small pieces of paper via the Westeros Raven Network. As she has explained to her loyal followers, the “Snowflake Snow gap” was created by one of Daenerys Targaryen’s out of control and overly pampered dragons. The result: a caravan of criminal migrants headed south to steal the jobs of peasants throughout the realm.

Notably, Cersei is the first woman to break the glass ceiling and assume the Iron Throne. But she didn’t just break the glass ceiling; she blew it up with wildfire -- destroying the High Sparrow and his male-dominated council. It would be gender discrimination to replace her with a male, particularly a “dead” one like Jon Snow.

In addition, Cersei’s economic credentials are impeccable. Unlike her pathetic socialist rivals, such as animal rights advocate and “Mother of Dragons” Daenerys, Cersei always pays her debts. As a result, she enjoys a sterling credit rating with The Iron Bank, the Federal Reserve of Westeros. This relationship will ensure low interest rates and an economy capable of funding a powerful military with advanced crossbows in the years ahead.

Yes, there have been rumors about Cersei’s alleged incestuous relationship with her twin brother, Jaime Lannister. Whoever revealed this has likely violated a non-disclosure agreement and will find justice at the sword of Ser Gregor Clegane, commonly referred to as “the Mountain.”

Cersei is also tough on crime, particularly when it comes to the incest of others. And her supporters suggest that if Jon marries Daenerys, his aunt, as a ploy to seize the Iron Throne, there will be a royal succession problem. The offspring of this aunt -nephew union would be Jon’s first cousin and therefore ineligible to inherit the Iron Throne under traditional laws of succession.

This would likely trigger a whole new war to determine the leadership of Westeros. It’s way too complicated. Cersei remaining on the throne creates no such problem -- as nobody really knows who has fathered her next child.

She has earned the right to keep the Iron Throne, if you disagree, Ser Gregor knows where you live. This is The Game of Thrones, and you’re not in Kansas anymore.

Paul Callan is a CNN legal analyst, a former New York homicide prosecutor and of counsel to the New York law firm of Edelman & Edelman PC, focusing on wrongful conviction and civil rights cases. Follow him on Twitter @paulcallan. 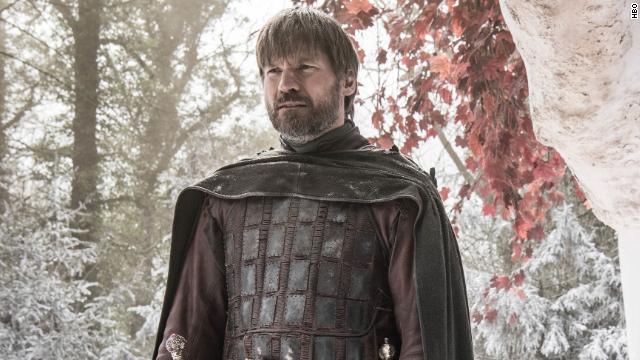 In the aftermath of the Battle of Winterfell, when Lord Varys asks Tyrion Lannister “Have you considered the best ruler might be someone who doesn’t want to rule?” viewers perhaps thought first of Jon Snow’s newly revealed claim. But the Spider chooses his words carefully, and viewers should take note that his “someone” may not be Jon Snow. So who else “doesn’t want to rule” but perhaps could and should?

The Lannisters may have ruled terribly so far, with Joffrey and Tommen botching the job and Cersei sweeping in to clean up their mess, but their (ahem) brother-father-uncle Jaime may very well be the Lannister’s payment for the debt the family owes to Westeros. And the Lannisters always pay their debts.

Jaime Lannister may be hateful, as he told Brienne before abandoning her at Winterfell, but he is also complex, brave, strong, persistent, sharp, quick, and quite capable of both monumental (“Kingslayer”) and flippant (“the things I do for love”) brutality. Most of all, Jaime is human.

Like Jon Snow, Jaime Lannister has never reached for the throne—not necessarily because of his bloodline, but because of a vow. If Jaime can’t be king because he is a member of the Kingsguard and therefore compelled never to hold a title (a sure sign of his ability to commit, since he took his vow in order to insure proximity to his sister-love), then neither can Jon—as a man who decided to “take the black.”

Unlike other contenders who have coveted the Iron Throne, Jaime had the fortitude and self-discipline to kill the Mad King, sit on his throne, and wait, protecting the realm until Robert Baratheon ended his rebellion and take the crown. If Jaime soon reaches King’s Landing, he may finally put an end to the absurdity of Cersei’s claim and become the queenslayer. And maybe this time he’ll sit on the throne and stay there.

Sara Brady is co-editor with Lindsey Mantoan of "Vying for the Iron Throne: Essays on Power, Gender, Death, and Performance in HBO's Game of Thrones (McFarland, 2018). She is an Associate Professor at BCC/CUNY and Managing Editor of TDR: The Drama Review. 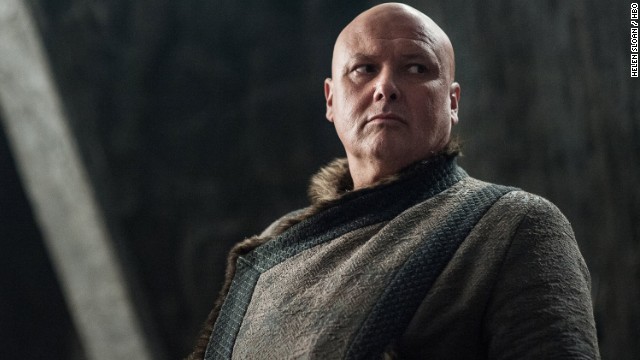 The question we should be asking isn't who should sit on the Iron Throne -- it's whether there should be an Iron Throne at all. The Seven Kingdoms' highly uncomfortable seat of power, forged from the blades of the conquered, symbolizes the pathological nature of government in Westeros, resting on the murder and ceaseless exploitation of the “smallfolk” who are the first to die when war erupts, and the first to die when famine or disease break out. The 1% live like lords (because that's what they are!) and borrow from the Iron Bank to cover their deficits. And scientific knowledge is locked up in the Towers of the Maesters, who use their skills solely in the service of the Great Houses, keeping the poor uneducated and unable to better their lot.

All of which underscores the fact that there's only one person in “Game of Thrones'” vast cast who has put the needs of the common people at the top of his priorities -- and he's my pick as the best individual to survive the coming bloodshed and rule the remaining wreckage: Varys, the Spider.

He rose from the streets, learned how to organize, built a constituency among the common folk and gained firsthand experience in the workings of political power that exceeds anyone in the series other than the now-dead Littlefinger.

Among the leading players, only he is truly equipped to -- as an increasingly out-of-control Danaerys Targaryen once put it -- "break the wheel" that has crushed the poor and weak beneath it. If he took power, he could raise up the smallfolk, while instituting a constitutional democracy that shifts rule over Westeros from hereditary leadership to elected representatives. And he could guarantee this democratic transition, since as a eunuch, he can have no offspring of his own. In conclusion: #ImWithTheSpider

Jeff Yang is a frequent contributor to CNN Opinion, a featured writer for Quartz and other publications, and the co-host of the podcast "They Call Us Bruce." He co-wrote Jackie Chan's best-selling autobiography, "I Am Jackie Chan," and is the editor of three graphic novels: "Secret Identities," "Shattered" and the forthcoming "New Frontiers."