Commentators: Who won the Democratic debate? 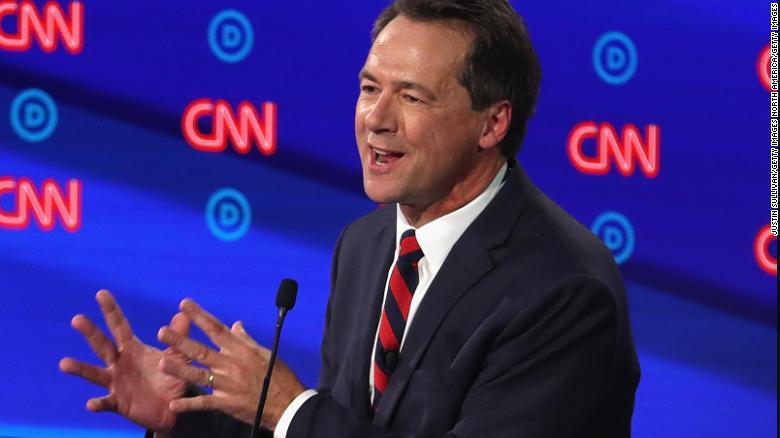 Montana Governor Steve Bullock came out of the gate strong in his first appearance on the Democratic debate stage. On a night that crystallized the policy differences between the left and center, Bullock spoke with credibility as the only presidential candidate to have won in a state that Donald Trump carried by 20-points.

He’s an easy target for the Twitterati to dismiss as a red-stater out of step with the party’s progressive wave. But with an opening statement that slammed “wish-list economics,” Bullock represents an almost forgotten tradition that scrambles the divisions that have come to define our times: he’s a western progressive, someone who has taken on big-money special interests while defending farmers and rural families who just "want a fair shot.”

He framed questions by blowing past the either-or divisions, surprising Bernie Sanders by pointing to his background as a union-side labor negotiator before becoming his state’s attorney general. He’s a gun owner and hunter who briefly silenced the audience by making the gun violence epidemic personal, citing the death of his 11-year old nephew on a school playground.

He defended the public option expansion of Obamacare over the actual government takeover of health care through the elimination of private insurance. He talked about the reality of climate change by pointing out that the fire season is now 80 days longer. And he dismissed the talk of decriminalizing border crossings as “playing into Trump’s hands.”

So much of the partisan debates of the day are not actually red state versus blue state, but urban versus rural. A two-term red state Democratic governor offers a way out of those divides. He brought to the debate stage the great practical benefit of executive experience and a degree of empathy for Trump voters that can help flip back pivot counties and begin to heal the great divides that are hurting our country.

He had some stumbles and could seem stilted and there’s a long road ahead to even the second tier of candidates.  But he offers a practical perspective that’s been missing from Democratic debates.

Steve Bullock is still barely known but that should change after a confident performance that offers a vision of an America that doesn’t need to be hopelessly divided between red states and blue, urban and rural. 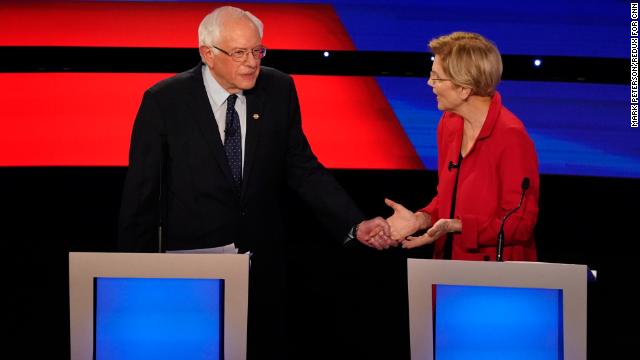 In terms of issues, Senators Bernie Sanders and Elizabeth Warren continued to shape the agenda. Much of the debate revolved around key issues that they have promoted -- namely, transformative health care reform and a Green New Deal -- as well as their general approaches to policymaking.

The other candidates were constantly responding to both of them, with a few of the centrists repeating what (as Warren pointed out) could be Republican talking points. Some of the other promising candidates, like Pete Buttigieg and Amy Klobuchar, who had thoughtful points to contribute in some strong moments, didn’t find enough space to steal away Warren and Sanders' agenda-setting role.

Senator Warren took the most advantage of the on-stage dynamics by offering hard-hitting comments about President Trump and presenting a series of specific policy solutions in stark opposition to the GOP agenda. Sanders demonstrated the kind of clarity and conviction that continue to make his supporters so loyal.

Having moderates on stage like John Delaney, Steve Bullock and John Hickenlooper created a great opportunity for Warren, which she seized, to make them proxies for Joe Biden.

One problem confronting all Democrats after this debate is the need to shrink the field. The large number of candidates on stage -- already only half of the entire field -- really diminished the time available for substantive responses on some of the biggest social issues America faces. Some of the lesser candidates, like Delaney and Marianne Williamson (who did have some very powerful moments, like saying that the Flint water crisis was “part of the dark underbelly of American society"), were able to get a substantial amount of time despite their low standing in the polls.

As Iowa, New Hampshire and Super Tuesday approach, the party will need more time to showcase some of its top candidates and give voters enough of an opportunity to hear them wrestle with the key issues. 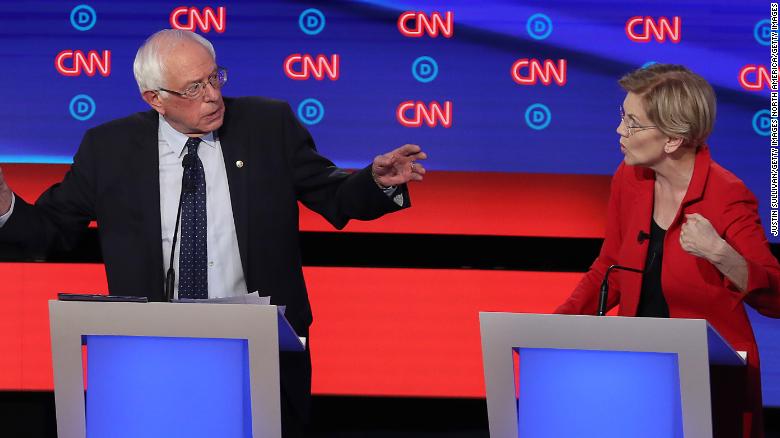 Elizabeth Warren made a vow Tuesday night. The Massachusetts senator promised to work with any Democrat who wins the primary election. Her goal is simple: to beat President Donald Trump and put a Democrat in the White House.

It was not a concession speech. Warren is tough and she is playing to win. It was refreshing to hear her words. Feels to me like the Democrats have been in-fighting since President Obama ran against Hillary Clinton. And if listening to Bernie Sanders was any indication, the fighting will continue.

“Every credible poll that I have seen has me beating Donald Trump,” the Vermont senator said. Sanders pulled no punches as he insulted and generally dismissed the other Democrats on stage.

I get it. Bernie got burned in 2016 and he doesn’t want a repeat. But it’s a mistake to overplay his hand this time around.

Sanders isn’t as strong as he thinks, especially among black and Latino voters. In 2016, Sanders’ message resonated with white suburban voters, especially in the Midwest, but failed to connect with black and brown voters. That won’t be enough to win in 2020.

A little humility would serve him well.

Roxanne Jones, a founding editor of ESPN Magazine and former vice president at ESPN, has been a producer, reporter and editor at the New York Daily News and The Philadelphia Inquirer. Jones is co-author of "Say it Loud: An Illustrated History of the Black Athlete." She talks politics, sports and culture weekly on Philadelphia's 900AM WURD.

One of Sen. Bernie Sanders' strengths, which other candidates should take a look at, is that he speaks with clarity and conviction. He doesn't apologize, he doesn't hedge his statements, and he speaks with fire when discussing the issues he cares about.

While many others will certainly disagree with his positions, and even many of his campaign tactics, the conviction he brings to the table will be important if Democrats want to mobilize every vote for November 2020.