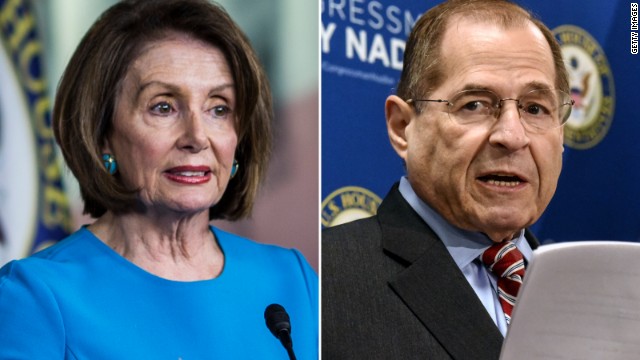 Right before the 1980 Winter Olympics gold medal ice hockey game, United States coach Herb Brooks purportedly gave his team a pep talk for all time: “If you lose this game, you’ll take it to your f-----g graves.” Somebody needs to reprise the Brooks speech for House Democrats today: “If you don’t stand up to Donald Trump’s abuse of power now, you’ll take it to your graves.”

I know, I know. House Speaker Nancy Pelosi thinks it’s bad politics to impeach (and she just might be wrong; at best, she’s speculating). At some point, however, House Democrats need to understand that history will judge them harshly if, in pursuit of an elusive few points in public opinion polling, they turn their backs on what their own leaders -- and now Robert Mueller -- have effectively described as an obstruction of justice crime spree.

Even before today’s hearing, House Judiciary Chair Jerry Nadler had declared that there is “very substantial evidence” Trump is “guilty of high crimes and misdemeanors” -- the precise formulation set forth in the Constitution to justify impeachment. Even Pelosi, despite her entrenched anti-impeachment position, accused Trump of “engag[ing] in a cover-up” and reportedly said she wants to see Trump “in prison.” Despite this hot rhetoric, neither Pelosi nor Nadler have authorized even an impeachment inquiry.

On Wednesday, Mueller had his say and confirmed that Pelosi and Nadler have it right, at least in their words if not yet in their (in)action. Mueller already had written that the Russian state interfered with the 2016 election to help Trump win; that the Trump campaign “expected it would benefit electorally” from that Russian interference; that “substantial evidence” exists that Trump tried to obstruct the investigation; and that the evidence “does not exonerate” Trump.

He also said several important things out loud. No, Mueller’s investigation did not exonerate Trump and did not find “no obstruction,” as Trump has endlessly -- falsely -- claimed to the American public. Yes, Justice Department policy against indicting a sitting president prevented Mueller from making a determination on obstruction of justice. No, Trump did not fully cooperate with the investigation. Yes, a president can be indicted for obstruction after leaving office.

Now comes the moment of truth. Will House Democrats cower at the dated, preconceived, speculative notion that impeachment -- or even an impeachment inquiry -- might hurt them politically by a few polling points?  Or will House Democrats do their constitutional duty, take a stand against an epic and unprecedented abuse of presidential power and let the political chips fall where they may? The legacy of this Congress, and our fundamental notions of accountability, hang in the balance.

Elie Honig is a CNN legal analyst and former federal and state prosecutor. Follow him at @eliehonig. 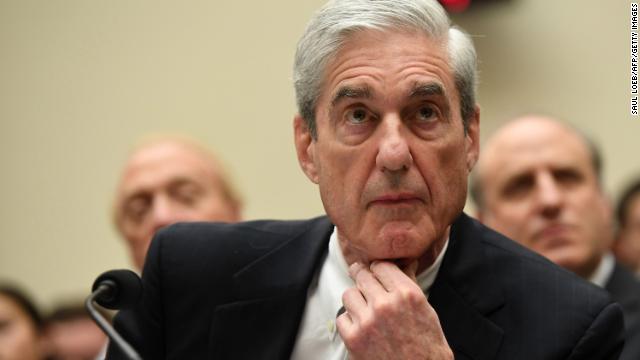 Democrats got what they wanted out of the hearing right off the bat in Robert Mueller’s testimony to Congress on Wednesday. Mueller made clear he had not exonerated the President and indicated that Trump could be charged and prosecuted after he left office.

If the hearing had ended after the first 30 minutes, Democrats could have felt pretty good about the outcome. Whether or not this hearing leads to a shift in public opinion (which is the Democrats’ real objective) is a harder hill to climb. Whether they will succeed will take longer to determine.

On the other hand, Republicans appeared to have conflicting strategies. While holding up the Mueller report as clearing Donald Trump of all wrongdoing, they also used the hearing to attempt to discredit Mueller. Why would you discredit the author of the report that you are simultaneously holding up as evidence of the President’s innocence?

Their questioning was all over the place, from charging Hilary Clinton and Barack Obama to an obsession with the Strzok texts. It showed a weakness of strategy and a lack of direction about where Republicans can and should effectively go as momentum builds toward potential impeachment. 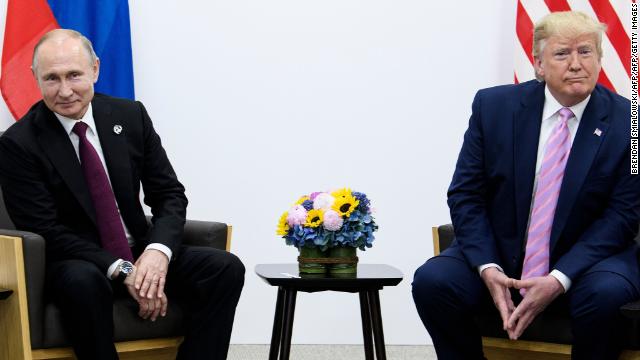 The legal and political wrangling during Robert Mueller’s testimony may have been difficult to follow for many Americans. But one thing Mueller made absolutely clear was: Russia interfered with the 2016 US election, using multiple social media campaigns and other methods, to influence voters with the goal of putting Donald J. Trump in the White House.

This should put all Americans on notice. But black voters need to take special caution heading into the 2020 elections.

According to Senate Intelligence Committee investigations held shortly after the election, the Russians specifically targeted the black community. The goal was to suppress black voter turnout and sway public opinion of Hillary Clinton by using existing divisive racial tensions in our nation.

Many Americans -- including in the black community -- downplay the situation or outright refuse to believe that Russia, in any way, swayed their decision to vote, or not, in 2016. All of us want to believe that we are smarter than a Russian bot designed to influence our political opinions. As if we are not swayed every day by Trump’s tweets or by other divisive political rants on both sides of the aisle.

Let Mueller’s 448-page report and his Congressional testimony silence any doubt about Russia’s ability to interfere in our elections in an attempt to influence how we vote.

Russian President Vladimir Putin played us all for fools in 2016. Americans should not be fooled twice.

Roxanne Jones, a founding editor of ESPN Magazine and former vice president at ESPN, has been a producer, reporter and editor at the New York Daily News and The Philadelphia Inquirer. Jones is co-author of "Say it Loud: An Illustrated History of the Black Athlete." She talks politics, sports and culture weekly on Philadelphia's Praise 107.9 FM. 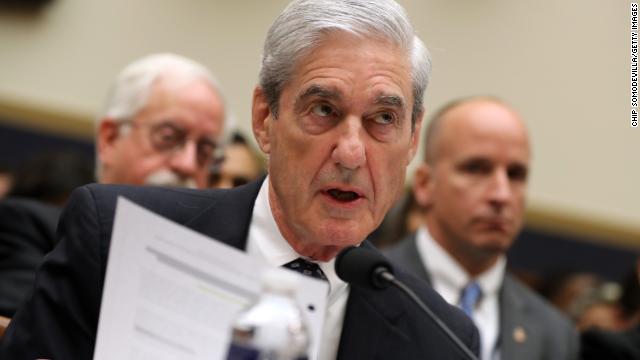 Robert Mueller is clearly not comfortable being cast as an extra in somebody else’s drama. But that is where he finds himself today.

In the first hour of the hearing, Democratic lawmakers attempted to get Mueller to emphasize and expand on sections of his report that show President Trump expressing concern, rage or frustration about the investigation of his campaign. Republicans, predictably, accused Mueller and his team of going beyond his legal mandate and improperly drawing conclusions about the motives and actions of Trump campaign members.

Both sides, in part because each representative is limited to 5 minutes apiece, have been rushing to score points, flinging rapid-fire questions at Mueller that he clearly is hesitant (and, perhaps, unable) to answer at top speed. The overall effect is that Mueller appears confused by the flow of questions.

Today’s proceedings are a world away from the 1974 Watergate hearings, which unfolded at a slower pace and revealed a great deal of basic information about the range and extent of misconduct the public was learning about for the first time. Today, by contrast, the conversation is about a dense report that is familiar to all of the lawmakers, but known in only vague terms by the public.

It’s ironic that the man who drove and directed the investigation has been reduced to a taciturn, slightly baffled secondary character at a hearing about his own work.

Errol Louis is the host of "Inside City Hall," a nightly political show on NY1, a New York all-news channel. 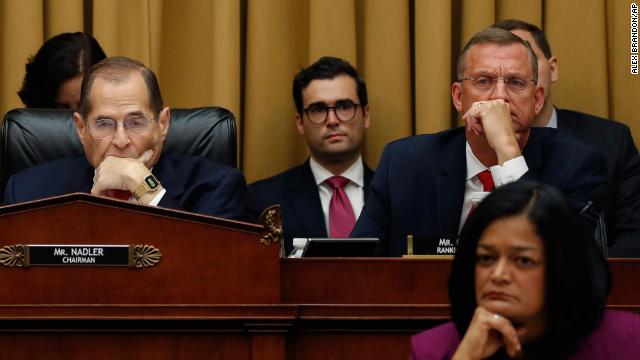 After the first -- and very effective -- round of questioning by Congressman Jerrold Nadler, Democrats have not figured out how to use the hearings as a way to build a narrative out of the report about what President Trump did wrong. The damning substance of Robert Mueller's report has been out there for months and, as he confirmed, the findings are not good for the administration.

But ever since Nadler’s questions, the back-and-forth has been accessible largely by people who have been following the story day-to-day. You need to know all the references to understand what Democrats are getting at.

Republicans are predictably grandstanding while Mueller is doing little to defend his team and all the investigators. At times, the Republicans are also not allowing him to even answer as they put out their accusations.

It is hard to imagine that the hearings, based on what we've seen thus far, will do anything to fundamentally shift the political dynamic on Capitol Hill that has continued to stifle impeachment and allowed Trump to flex presidential power in aggressive fashion.

Julian Zelizer is a professor of history and public affairs at Princeton University and author, with Kevin Kruse, of the new book "Fault Lines: A History of the United States Since 1974." Follow him on Twitter at @julianzelizer.