Live commentary: How to solve the climate crisis 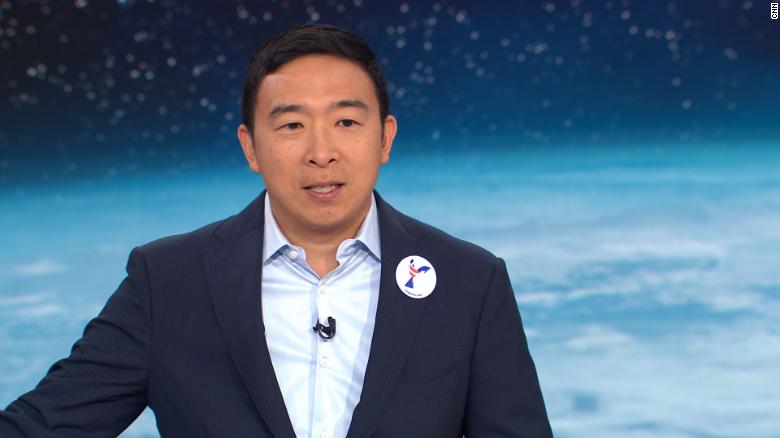 Andrew Yang just hit the ball out of the park. He moved the debate right where it needs to be: into the economic and politics of climate change.

In a few short minutes, he raised three crucial points that economists have been trying for years to get front and center in our debate.

1.) The GDP is a terrible measure of well-being and needs to be replaced by something that takes into account health and environmental sustainability.

2.) We currently subsidize the fossil fuel industry to the tune of hundreds of billions of dollars per year. (Most Americans think that renewables are heavily subsidized, when, in fact, permanent tax expenditures that subsidize fossil fuels exceed renewables by a 7-1 margin)

3.) Jobs versus the environment is a false dichotomy. He is totally right about that. More than that, it is a pernicious myth. I’ve never understood why Democrats don’t do more to reject it. Good for Yang for calling this out in no uncertain terms.

I don’t know if this man is qualified to be President, but he’s on track on this issue. 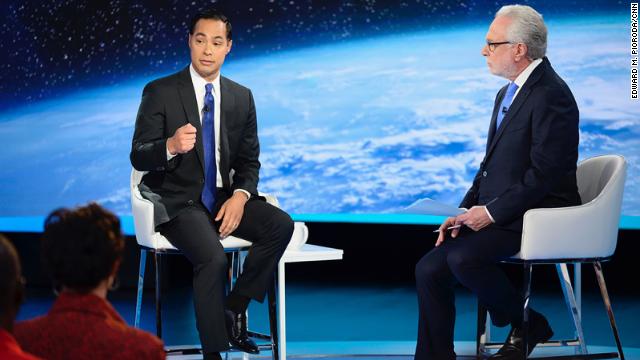 The fundamental question tonight -- how will Democratic presidential hopefuls separate themselves on climate change?

Democrats concur that rejoining the Paris Climate Agreement is important. But telling voters in my hometown of Denmark, South Carolina, about plans to rejoin the Paris Climate Accord does not make clear how their lives and communities will be directly impacted. And Democrats cannot afford to lose sight of what climate change means for marginalized Americans, particularly rural populations and communities of color.

Railing against fossil fuel executives might be therapeutic, but what does transition look like for communities whose livelihoods rely on those jobs? What resources will be directed to low- and moderate-income communities that are hardest hit by extreme weather? And how will candidates ensure that post-recovery communities are still affordable and not catalysts for gentrification?

Additionally, the Senate map still presents an uphill battle, even if Democrats win the White House in 2020. As a result, any sound climate agenda that is introduced will likely be in jeopardy because of Senate Republicans. While there is value in proposing ambitious legislative measures, we also need a Plan B.

Simply put, how will the next Democratic president's executive authority effectively move the needle on climate change and build on the environmental justice strides made during the Obama administration? Families deserve answers to this question.

Lastly, it is hard to argue that Washington Gov. Jay Inslee’s focus on climate change has not shaped the Democratic primary. Tonight’s town hall is a testament to his leadership on this matter, and we will sorely miss his perspective. 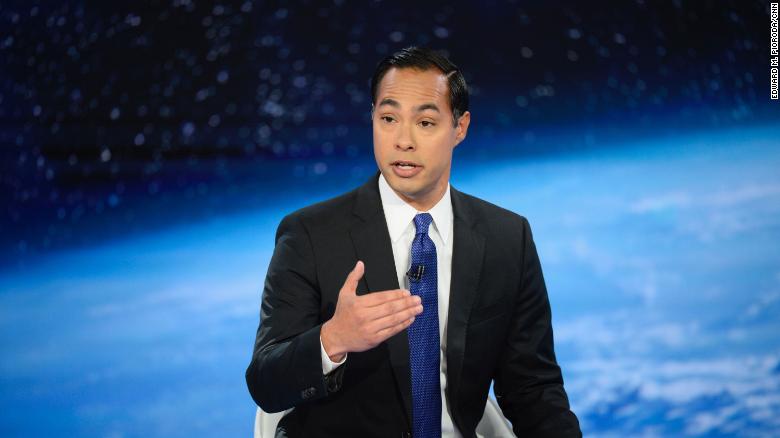 Secretary Castro wants to rejoin the Paris Accord (what Democrat doesn’t?) and follow it with a series of executive orders. But executive orders are fragile. Unless we can build a coalition—in Congress, or on the state and federal level—any action taken by the White House is unlikely to prove transient and ineffective.

Castro should do more to emphasize the jobs that are being created in the clean energy sector—far more than in fossil fuels—and that clean energy is cheaper than dirty energy. These economic benefits offer a basis for building a new, profitable, clean energy system.

The heart-stopper of Castro's segment was when he said he wants to see that “more people are protected by national flood insurance” by subsidizing it. That would be a mistake. Flood insurance encourages people to live in flood zones that should never have been populated in the first place, and are now more vulnerable than ever. It’s sad, but the reality is that climate adaptation will necessarily involve relocating some Americans out of high-risk flood zones. I would rather he had suggested paying for necessary relocation out of his carbon pollution fee.

The gaffe of his segment was his promise to make America “carbon-free.” All life is based on carbon; we can’t be carbon-free! What he means is carbon-emissions-free, but that is harder to say. 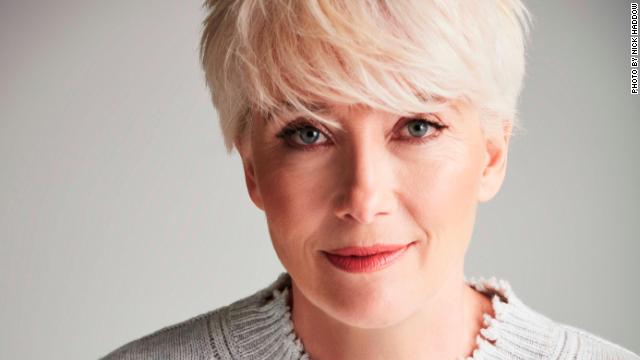 All over the world life forms are experiencing weather that attacks rather than sustains.

Unseasonal heat that kills, rain that instead of sweetening, inundates and destroys, hurricanes that devastate.

This is climate change.

We are in it. It is all around us and set to get worse.

Everything depends on what we do now.

Emma Thompson is a writer and actor from the UK. 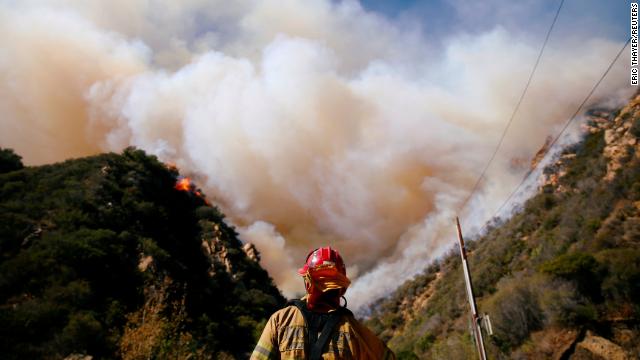 Climate change isn't what I'd call urgent. Not any more. The time for urgency has passed. Our government and the rest of the world largely ignored the red lights and warning bells. It's now much bigger, and much worse, than urgent.

Heat waves, wildfires and monster storms are killing people outright. Unstable weather is threatening the global food supply. So is seawater acidification, which is destroying coral reefs that support the ocean food chain.

Rising seas threaten to inundate all low-lying seacoasts and islands.

Climate change so dominates news about the environment that many of us seem to have forgotten that we have a ton of other major problems not directly linked to a warming planet. Shrinking wild lands, polluted air, poisoned waters, exhausted farmlands and depleting irrigation and drinking wells, overfished seas, species going extinct, clearcutting for more farms and more wood, a plasticizing ocean, mercury in seafood. It goes on.

Carl Safina's most recent book is "Beyond Words: What Animals Think and Feel." A MacArthur Fellow, he holds the Endowed Chair for Nature and Humanity at Stony Brook University and is founder of the not-for-profit Safina Center. 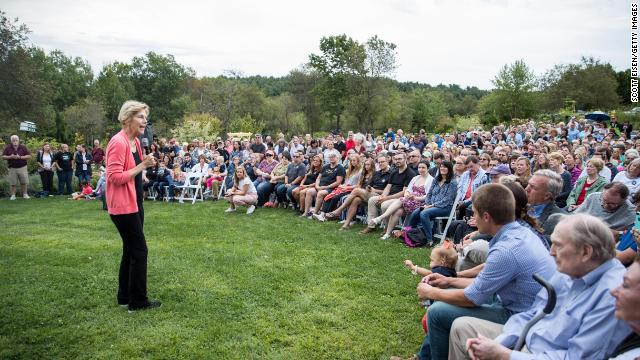 But to really address our climate crisis head-on, we must address the legacy of environmental racism and recognize that climate change doesn't impact every community equally. Hard data shows that it disproportionately impacts communities of color, indigenous people, and low-income Americans. People of color are more likely to live in neighborhoods with toxic waste facilities. Black and Hispanic Americans are more likely to be exposed to air pollution than white Americans. Intense storms bear down on these communities -- with recovery that is slow, painful, and often lacking total support from the government. Latinx families and workers are vulnerable to record heat waves and heat-related deaths. Indigenous people are seeing their food supply threatened, facing displacement from their homes, and are being trampled over by special interests that want to exploit their lands and sacred sites. I could go on.

Our climate crisis will leave no one untouched. It poses an existential challenge -- but it also gives us a once-in-a-generation opportunity to marshal all of our resources and all of our people to unleash the best of American innovation and creativity to take it on.

Elizabeth Warren is one of 10 presidential candidates taking part in CNN's climate crisis town hall Wednesday, September 4 at 5:00 p.m. ET. She is a US senator from Massachusetts. 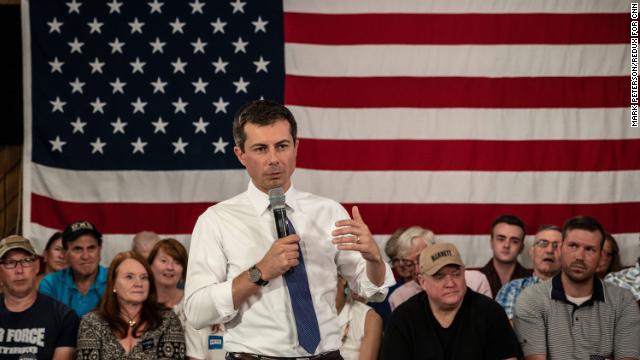 Industrial America -- including South Bend and the Studebaker cars we once produced -- was built on oil and gas. But just as my community has moved forward, so must our country. So we'll launch a 21st-century Industrial Revolution, investing in mass transit, transitioning to electric vehicles, and making buildings and homes more energy efficient. And with scientists indicating our soil can absorb as much carbon as the global transportation system emits, we'll put American farmers at the center of our climate revolution. Too often, rural America has been told they're the problem, not invited to be part of the solution. Through investments in soil management and other technologies, we can make a farm in Iowa as much a symbol of confronting climate disruption as an electric vehicle in California.

Pete Buttigieg is one of 10 presidential candidates taking part in CNN's climate crisis town hall Wednesday, September 4 at 5:00 p.m. ET. He is the mayor of South Bend, Indiana. 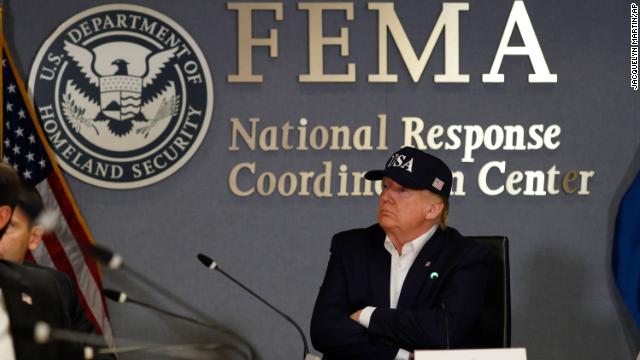 Yet Trump and his minions are the loyal servants of the fossil-fuel industry, which fill Republican party campaign coffers. Trump has also stalled the fight against climate change by pulling out of the Paris Agreement. The politicians thereby deprive the people of their lives and property out of profound cynicism, greed, and willful scientific ignorance.

Jeffrey Sachs is a professor and director of the Center for Sustainable Development at Columbia University. 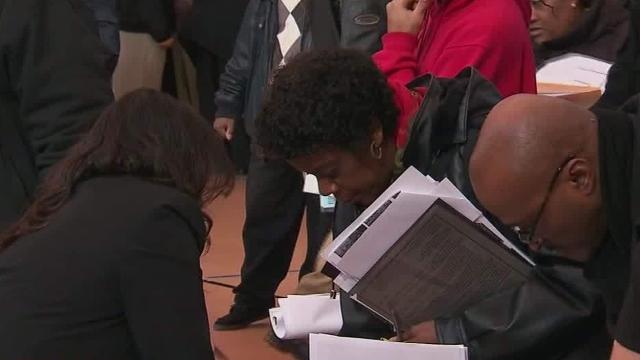 Climate change should be a definitive issue for Black voters, but it isn't. That is partly because environmental advocacy groups have not always looked like us, nor have they clarified what solutions mean for our communities. And few have articulated what real environmental justice looks like.

So, for any presidential hopeful that is serious about wooing Black voters in the South, take note: we expect a clear plan on how you will safeguard the air we breathe and the water we drink. We expect you to explain how climate change affects us, and how our communities will be spotlighted in response efforts.