To read Elie's responses to your September questions on impeachment, click here.

Article I of the Constitution broadly grants the Senate “sole power to try all impeachments” and provides that “no person shall be convicted without the concurrence of two-thirds of the members present.” But the Constitution does not specify the manner in which the Senate must take that vote.

In the absence of any specific Constitutional direction, Senate Majority Leader Mitch McConnell will have broad discretion to determine how a vote will take place at the end of a Senate trial. He may feel that if the vote is held in private, Senators from both parties will be more likely to vote their true conscience and to break from party lines.

But both precedent and politics favor an open, public vote. In terms of precedent, the Senate impeachment trials of Andrew Johnson and Bill Clinton both concluded with open, public votes. And politically, it likely will be difficult for McConnell and other Senators to justify anything but open, transparent, Senator-by-Senator voting. Impeachment and conviction are too important for Senators to hide behind the cloak of anonymity.

Article II of the Constitution provides that “[t]he President, Vice President and all civil officers of the United States” can be impeached by majority vote of the House and removed by two-thirds vote of the Senate.

While impeachment is most commonly associated with presidents, other federal officials also can be impeached. Over US history, two presidents (Andrew Johnson and Bill Clinton), 15 federal judges, one US Secretary of War, and one US Senator have been impeached. The most recent federal impeachment occurred in 2010 when district court Judge G. Thomas Porteous was impeached by the House and convicted in the Senate for bribery and perjury. 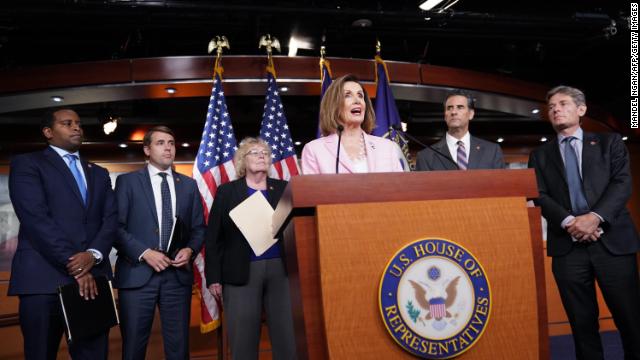 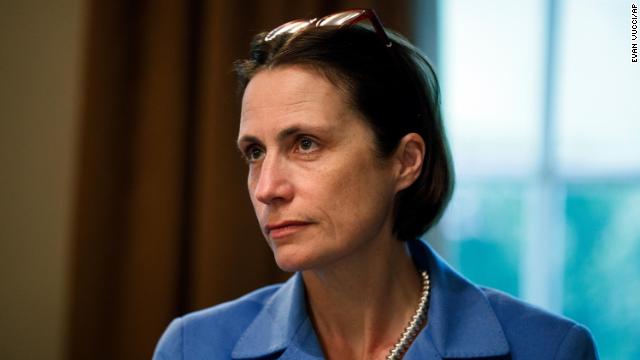 Over the past several months, the White House has ordered executive branch employees and former employees not to comply with House subpoenas relating to the impeachment inquiry. But the White House has not tried to block testimony from certain witnesses who received subpoenas including Ambassador Gordon Sondland, former Ambassador Marie Yovanovitch and Trump’s former Russia advisor Fiona Hill.

If an employee did defy a White House or other executive branch order (from the Secretary of State, for example) not to testify, there isn’t much the White House can do to stop it. The White House could go to court to seek a temporary restraining order preventing the witness from testifying. But that is an uphill climb. The party seeking the restraining order must prove that it is likely to prevail on the ultimate merits -- meaning, here, that the White House would have to prove that the House subpoena is unlawful, and that irreparable harm would be done if the witness testifies.

The White House also could fire the government employee, but that likely would create political backlash. A firing also could give rise to a civil lawsuit by the fired employee for wrongful termination. And firing the employee would not stop him or her from testifying -- it merely would punish the employee after the fact.

Bottom line: as a practical matter, there is little the White House can do to enforce its instructions not to comply with House subpoenas.

In a criminal trial, the prosecutor must prove a defendant’s guilt “beyond a reasonable doubt,” which is the highest standard of proof in our legal system. In a civil trial, the plaintiff must prove the case by a “preponderance of the evidence,” meaning proof that the allegations are more likely true than not true. 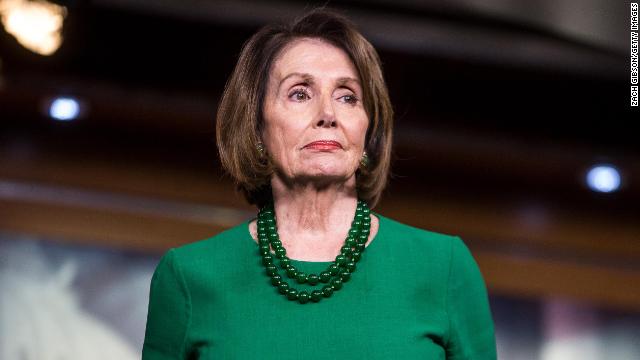 In a recent letter to Congress, the White House argued that in the absence of a full House vote, the impeachment inquiry is “constitutionally invalid and a violation of due process.” In fact, there is no Constitutional or statutory requirement that the House take a full vote, and a federal Court of Appeals ruled just days after the White House’s letter that the House is not legally required to vote before issuing subpoenas in an impeachment inquiry.

Nonetheless, the White House claims entitlement to certain procedural protections in the House impeachment process, including the right to subpoena its own witnesses and cross-examine the House’s witnesses. In both the Nixon and Clinton impeachment inquiries, the minority party was given limited subpoena power (subject to override by the investigating committee, which preserved the right of the majority party to block those subpoenas).

But Pelosi is under no legal obligation to make the same concessions, or any procedural concessions, here. On one hand, Pelosi might consider giving House Republicans some procedural rights to blunt an argument that the process was unfair or unduly one-sided. On the other hand, House impeachment is an investigative and (potentially) accusatory process requiring no particular protections for the subject -- much like a subject of a criminal investigation has essentially no right to subpoena witnesses at the grand jury stage. The proper place for due process protections, the argument goes, is at a Senate trial to determine the President’s ultimate culpability.

No. A Supreme Court justice always has the discretion to recuse himself or herself from a given case if there is a conflict of interest. In fact, Supreme Court justices -- unlike all other federal judges -- are not subject to a specific code of ethics, so they have essentially free reign to do whatever they choose. But generally, justices need not recuse from a case merely because it involves the same President who appointed him or her.

The 1974 United States v. Nixon case provides historical precedent. The court ruled 8-0 against Nixon, requiring him to turn over the White House tapes (Nixon resigned weeks later). Three of the eight Justices on the case were appointed by Nixon himself: Warren Burger, Harry Blackmun and Lewis Powell. A fourth Nixon-appointed Justice, William Rehnquist, did recuse himself -- not because he had been appointed by Nixon but because he had worked in the Nixon administration’s Justice Department.

No. A president, like any person in the United States, enjoys a Fifth Amendment right against self-incrimination. That means that any person, including the President, can decline to give testimony in any proceeding if that testimony might lead or contribute to future criminal charges against him. While current DOJ policy counsels against indicting a sitting president, a President still can be charged criminally after his term ends, so a president does have Fifth Amendment rights even while in office.

Trump can, of course, choose to give up his Fifth Amendment rights and testify in a Senate trial. But such a move is exceedingly unlikely, given the potential risk of self-incrimination and the high profile and stakes of a Senate trial. Do not expect to hear testimony from Trump if he is tried in the Senate.