The latest on the US-Iran crisis

By threatening to target Iranian cultural sites if Tehran responds to the airstrike which killed general Qasem Soleimani, US President Donald Trump showed the international community that "he has no respect for international law and is prepared to commit war crimes -- attacking cultural sites is a war crime," Iran's top diplomat said Tuesday.

The strike against Soleimani while he was in Iraq was an act of "state terrorism," Zarif added, reiterating that Tehran will mount a response.

Speaking to CNN's Fred Pleitgen in Tehran, Iranian Foreign Minister Javad Zarif said that US President Donald Trump should take a message from the huge crowds who have turned out across Iran to mourn slain general Qasem Soleimani.

"President Trump, after watching the crowds yesterday, must stop threatening these people who will be further enraged by his threats -- his threats will not frighten us," Zarif said.

He was speaking shortly after Soleimani's funeral was held in the general's hometown of Kerman, southeast of the capital Tehran.

Zarif added that Americans should also be asking questions about the airstrike that killed Soleimani, and the potential ramifications.

"Has (Trump) made Americans more secure? Do Americans feel more secure, or more welcome in this region?" Zarif said.

"How do (Americans) feel about people chanting ... that they should leave? How do they fell about that?"

The German military has withdrawn some of its troops from Iraq, a spokesman for the country's Ministry of Defense told CNN. About 35 soldiers in the cities of Baghdad and Taji have been temporarily moved to Kuwait and Jordan, the spokesman said.

Some German troops remain deployed in the Iraqi city of Erbil in a training capacity, the spokesman added.

Huge crowds have taken to the streets in Kerman, the hometown of slain Iranian general Qasem Soleimani, whose funeral is being held today.

Similar crowds swarmed multiple Iranian cities over the weekend to condemn Soleimani's killing by the US in an airstrike near Baghdad airport in Iraq on Friday.

Iranian state television said millions of people attended Soleimani's funeral in Tehran on Monday, although this figure has yet to be verified.

In the dog days of 2017, when it appeared North Korea and the United States were on the path to war, a debate raged in the halls of the White House.

If the US military conducted a limited series of strikes on North Korea, would it scare Kim Jong Un enough to stop the young leader's dogged pursuit for nuclear weapons and ballistic missiles?

North Korea's answer, at least in state media, was a resounding no. Pyongyang warned it would respond to any military action against its sovereign territory with force of its own.

But behind North Korea's colorful threats was always an important message: Pyongyang is developing nuclear weapons and ballistic missiles capable of reaching the US, so decision makers in Washington will think twice about whether to conduct a so-called "bloody nose" strike or, say, kill a general whom is deemed a terrorist and an imminent threat.

This is likely the lens through which North Korea views the Trump administration's decision to kill Iranian commander Qasem Soleimani in a drone strike on Friday, a strike that has thrown the Middle East into crisis and inflamed tensions between Tehran and Washington even further. Washington didn't have to fear nuclear retaliation with Iran. But it does with North Korea.

In the wake of the US strike that killed Qasem Soleimani in Baghdad last week, Iran's leaders will likely be looking to its alliances with Russia and China to counterbalance American aggression, even as Tehran considers possible retaliation for the death of one of its most popular military figures. 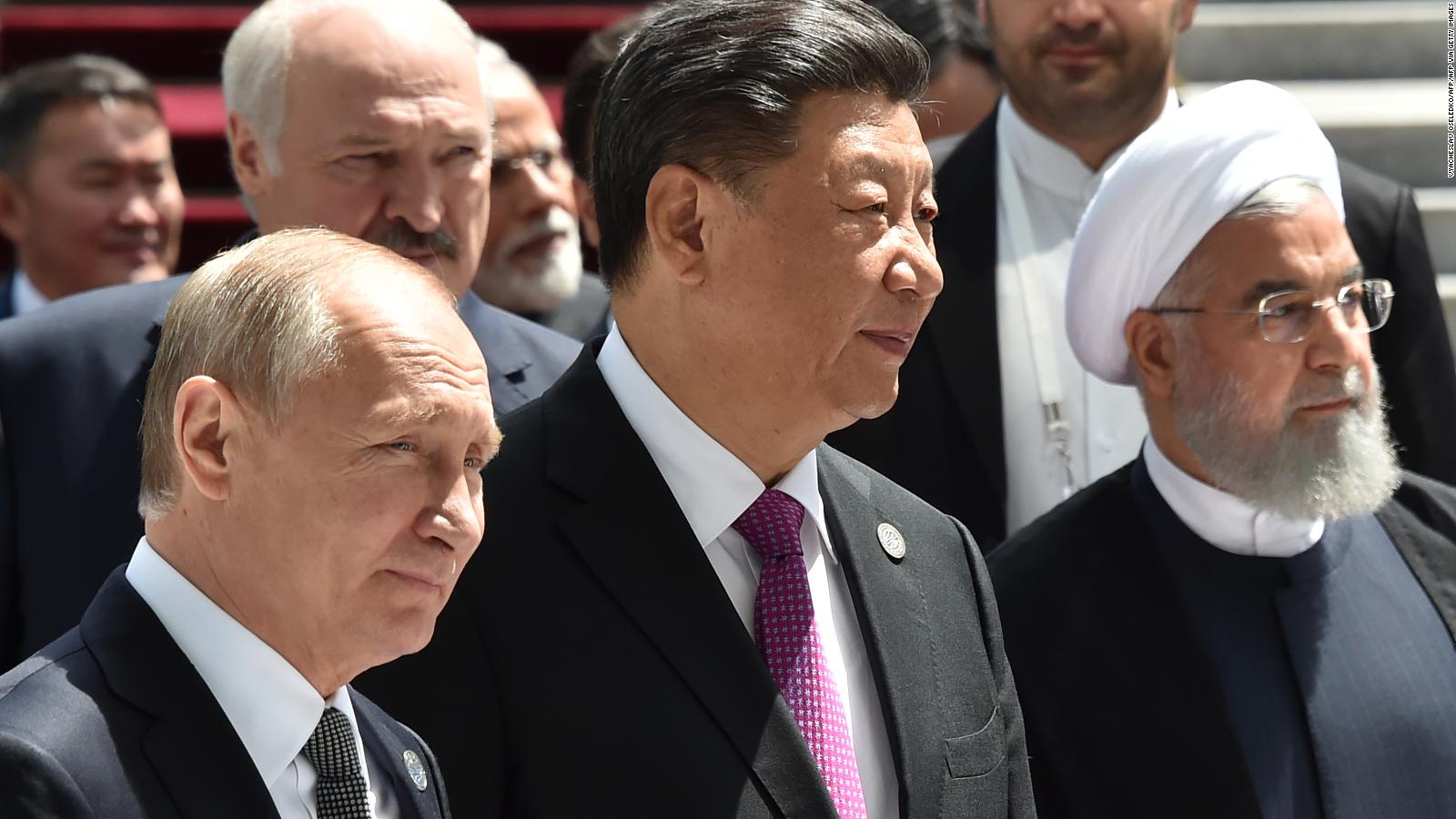 China in particular could play a key role in containing the fallout and preventing another Middle Eastern conflict. In a call with his Iranian counterpart Saturday, Chinese Foreign Minister Wang Yi condemned the "military adventurist act by the US" which "goes against basic norms governing international relations and will aggravate tensions and turbulence in the region."

A statement added that Tehran hoped China could "play an important role in preventing escalation of regional tensions."

Such sentiments are also likely shared well beyond Iran's borders, including among other Middle Eastern powers which are no fans of Tehran. The killing of Soleimani could present Beijing with a major opportunity, not only to prevent another disastrous war, but to increase its influence in the region, supplanting an increasingly unpredictable Washington.

The funeral for Qasem Soleimani is starting in his hometown of Kerman, southeast of the Iranian capital Tehran.

His body will be carried from Azadi Square in Kerman to his final resting place.

Speaking with the President of the European Council, Charles Michel, Canadian Prime Minister Justin Trudeau "emphasized the need for de-escalation and dialogue, and called on all parties to exercise restraint" in Iraq, following the killing of Iranian general Qasem Soleimani near Baghdad last week.

Canada currently leads NATO's training mission in Iraq and it affirmed its commitment to remain there. Canadian Foreign Affairs Minister Francois-Philippe Champagne said in a statement released to CNN Monday that Canada remains committed to a stable and united Iraq.

"Canada is deeply engaged in development, humanitarian, military and diplomatic efforts to support Iraq," the statement said. "Minister Champagne pledged to continue to work with the government of Iraq to achieve the peace, stability and prosperity that the people of Iraq want and deserve."

Trudeau and Michel reiterated their support for the preservation of the Joint Comprehensive Plan of Action (JCPOA), the Iranian nuclear deal, which they said played a crucial role in regional and global security.

The funeral for Qasem Soleimani is set to begin on Tuesday morning at 7:30 a.m. local time (11 p.m. ET Monday) in his hometown of Kerman, according to Iran’s semi-official news agency ISNA.

Iranian state-funded Press TV broadcast live pictures of the arrival of Soleimani’s body to his hometown. According to ISNA, Soleimani’s body arrived in Kerman around 3:00am local (6:30pET Monday).

An army parade was held to welcome his body, which was then carried by mourners to the place where the funeral will be held Tuesday.