Trump lifts all sanctions against Turkey

The UK was not told about the US troop pullback from Syria in advance, UK Secretary of State for Defense Ben Wallace said today.

Wallace was asked at a Defense Committee session: "Did the US consult us before this decision to withdraw from the area of Syria near the Turkish border?"

"On the specific decision, no, they didn't in advance," Wallace replied.

He later said: "We do talk but on that specific right there and then we weren't given a sort of prior warning, it was a decision made by the United States as was the other decision by the Turkish government." 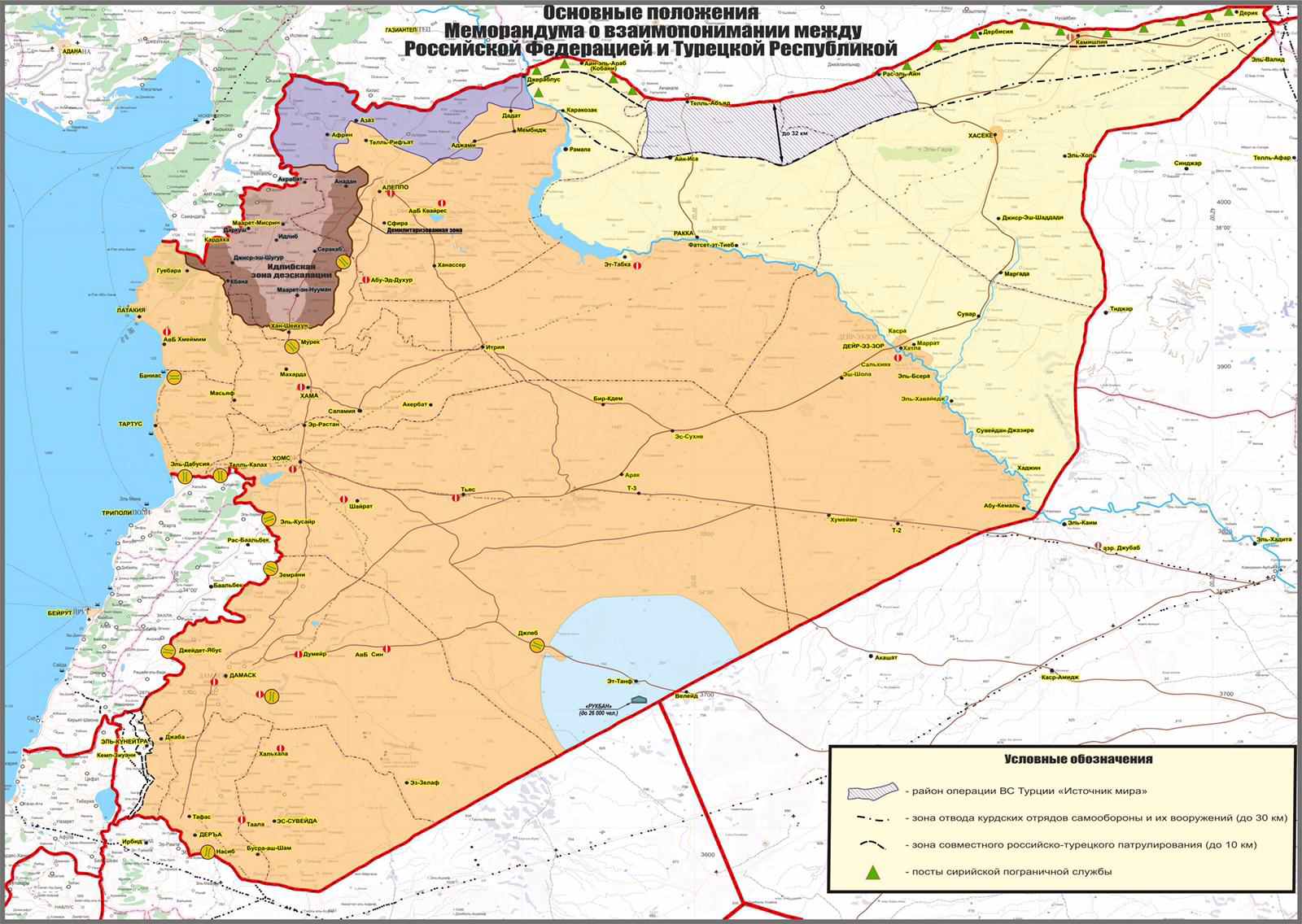 The Syrian government will set up 15 border patrol posts along its border with Turkey, according to a map posted by the Russian Defense Ministry on today.

The posts — marked green on the map above — are created within the framework of the memorandum of understanding signed yesterday by the presidents of Russia and Turkey following talks in Sochi.