He will hold talks with Turkish officials on the case of Jamal Khashoggi.

Pompeo had been in Saudi Arabia today, holding talks with top Saudi leaders. Sources tell CNN that the Kingdom is preparing to acknowledge that missing journalist Jamal Khashoggi was killed at the Saudi consulate in Istanbul, Turkey.

Vice President Mike Pence promised to "get to the bottom" for Jamal Khashoggi's disappearance.

"It's important that the world knows the truth. If in fact Mr. Khashoggi was murdered, we need to know who was responsible. We need to hold those responsible," he said. "We're going to get to the bottom of it."

Pence, who is in Georgia today, said Khashoggi's job as a journalist adds to the importance of the case.

A Turkish official has told CNN that journalist Jamal Khashoggi’s body was cut into pieces after he was killed.

This confirms earlier reporting by the New York Times.

President Trump has no events on his public schedule today and has spent the morning in the White House.

He’s making a round of calls, some of which are focused on Saudi Arabia diplomatic crisis, but he’s also watching considerable TV — as part of his usual routine, a White House official said, which explains the buffet of tweet topics this morning.

The particularly vulgar tweet about Stormy Daniels — not to mention Elizabeth Warren or Nellie Ohr — certainly seem intended to try and change the subject from Saudi Arabia.

The President has told people in conversations this morning that he is aggravated at the coverage of Saudi Arabia crisis, and senior White House officials have tried to impress upon him how serious this matter is.

Asked directly whether he was trying to change the subject of cable TV coverage today, the official said this:

Turkish Foreign Minister Mevlut Cavusoglu said the residence and car of the Istanbul Consul General of Saudi Arabia "will be investigated" on Tuesday as part of the investigation into missing journalist Jamal Khashoggi.

It comes as Turkey’s Anadolu Agency reported that the Consul General Mohammed Otaibi has left Turkey.

Speaking at a news conference in Ankara, Cavusoglu said:

"Our aim is very clear: we have to learn what happened to Khashoggi who was lost in the Saudi Arabia consulate. The whole world is focused on the outcome of this investigation right now. We are talking about a human. It is important that he is a journalist but more importantly he is a human."

Speaking of the investigation into Khashoggi’s disappearance, Cavusoglu said, "It is very important that this process will continue with no obstacles.

It is also important to continue cooperation with Saudi Arabia and transparency of the process is extremely critical so that there will not be any question marks remaining about the investigation."

Turkish Foreign Minister Mevlut Cavusoglu told CNN Tuesday, "The most important thing is what happened to this person? We didn’t receive any confession or information from Saudi Arabia."

Speaking at a news conference in Ankara, Çavuşoğlu said, "This process needs to be result-oriented and must be transparent. This should be clarified so no one should have any question mark."

US Secretary of State Mike Pompeo will “bring information from Riyadh,” when he arrives in Turkey after his visit to Saudi Arabia regarding the disappearance of journalist Jamal Khashoggi, Çavuşoğlu added.

Çavuşoğlu also stated that Turkish officials will extend their investigation into the disappearance of Khashoggi to include the residence of the Saudi consul and some vehicles.

Turkish police entered the Saudi consulate in Istanbul late on Monday for the first time since he vanished two weeks ago, searching the premises for nine hours.

Earlier on Tuesday, the Turkish Foreign Minister Mevlut Cavusoglu said in a press conference in Ankara that Saudi diplomats in Turkey could go back to their country whenever they want and that, "there is not restriction on that." 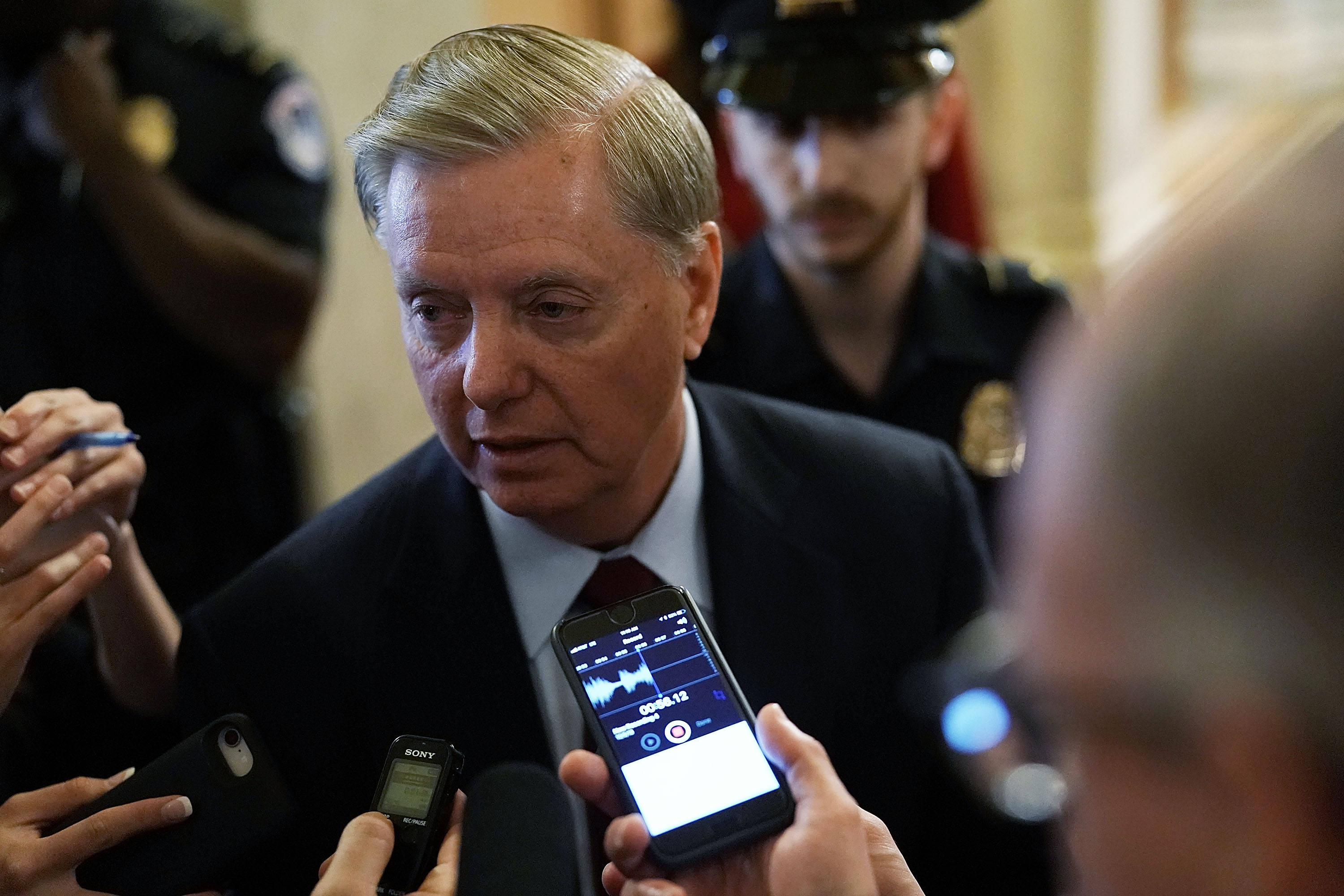 He called the prince a "wrecking ball," and alleged he ordered the "murder" of Jamal Khashoggi.

"He’s the 33-year-old crown prince who jumped over other people. He is son of the existing king. And I think he is on a bad track. I can never do business with Saudi Arabia again until we get this behind us," Graham said of the prince.

When asked what he meant by that Graham added: "That means I’m not going back to Saudi Arabia as long as this guy is in charge."

"I feel used and abused," Graham said, adding that Saudi Arabia is a "good ally."

"There is difference between a country and an individual. The MBS figure is, to me, is toxic. He can never be a world leader on the world stage," he said.

The senator said it's up to the President on how to handle the situation, but added that he would "sanction the hell out of Saudi Arabia."

"Saudi Arabia, if you’re listening, there are a lot of people you can choose but MBS has tainted your country and tainted himself," he said.

Pompeo held separate meetings with King Salman, Crown Prince Mohammed Bin Salman and the Saudi Foreign Minister, according to a statement from the State Department spokesperson. She describes those meetings as “both direct and candid.”

“While the United States has a number of regional and bilateral issues to discuss with Saudi leadership, learning what happened to Jamal Khashoggi is the primary purpose of this trip and is of great interest to the President. The Secretary has made that clear in each of his meetings today,” the statement said.