President Trump was just asked about Turkish claims that they have audio of Jamal Khashoggi’s purported murder.

The President said he's asked for the audio, but then hedged "if it exists."

Here's how the exchange with reporters went down:

Question: Mr. President, you asked for this audio/video intelligence —

Question: But you haven't gotten it?

Question: Are you surprised they haven't turned it over?

Trump: "I'm not sure yet that it exists. It probably does. Possibly does. I'll have a full report on that from Mike when he comes back. That's one of the things — that's going to be the first question I ask him."

Some context: Earlier today, Secretary of State Mike Pompeo said he had “nothing to say” about the Turkish claims that they have audio.

President Trump, speaking during a pool spray ahead of his cabinet meeting on Wednesday, said that while he was awaiting Secretary of State Mike Pompeo's report after his visit to Saudi Arabia and Turkey, "Saudi Arabia has been a very important ally of ours in the Middle East."

"If you look at Saudi Arabia, they're an ally and they're a purchaser of military equipment among other things," Trump said. He added that he wants "to find out what happened and where is the fault," and hopes to know by the end of the week.

Asked why he hasn't sent the FBI to investigate, Trump said, "He wasn't a citizen of this country for one thing," but then left open the possibility that he already has told the FBI to look into Jamal Khashoggi’s disappearance.

"You don't know whether or not we have, do you?" he asked a reporter. "Do you know whether we have sent the FBI?" 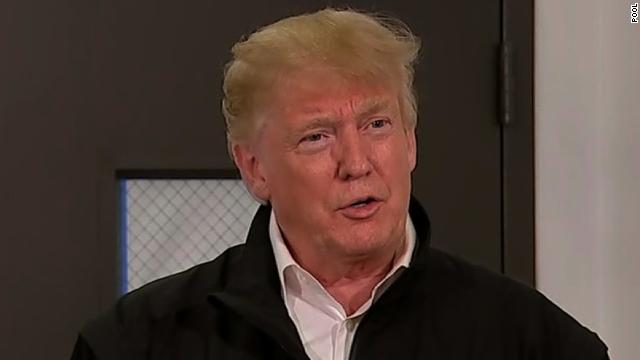 President Trump said he is hopeful that the situation with Saudi Arabia will work itself out following an investigation into the circumstances surrounding Jamal Khashoggi.

"I hope we're going to be on the better side of the equation," the President said on Fox Business as he stressed the importance Saudi Arabia in a range of issues at the heart of his policies in the Middle East.

"We need Saudi Arabia," the President said, before ticking down a list of items from the fight against terrorism to Iran.

Trump also reiterated that he does not want to cancel the arms deal he struck with Saudi Arabia last year despite the urging of numerous members of Congress, calling it "a tremendous order."

The President also claimed that the $115 billion arms deal — which has yet to come close to fruition — would produce "500,000 jobs," a figure that is unsubstantiated.

Trump also stressed that he hopes King Salman and Crown Prince Mohammad did not know about what happened to Khashoggi.

"That's a big factor in my eyes," Trump said. 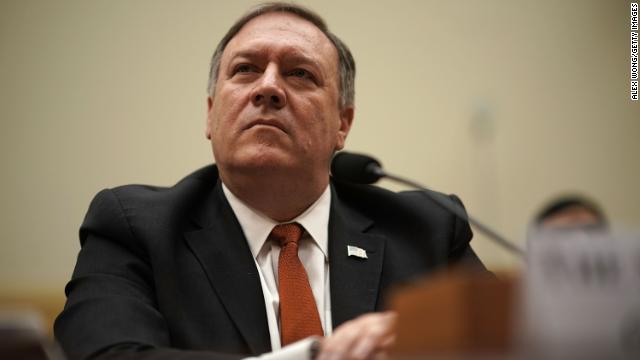 Secretary of State Mike Pompeo again said the US would give Turkey and Saudi Arabia space to complete their investigation into Jamal Khashoggi’s disappearance before discussing any potential responses.

Before taking off from Ankara, Pompeo said he had “nothing to say” about the Turkish claims that they have audio of Khashoggi’s murder. He said he discussed the Khashoggi case with Turkish officials Wednesday, and “we made clear that the Saudis had cooperated with the investigation the Turks are engaged in.”

“There were some delays, but they seemed pretty confident that the Saudis would let them do the things that they need to complete the investigation,” Pompeo said.

Pompeo pushed back on the idea that the US was giving the Saudis “the benefit of the doubt.”

“I keep hearing that we’re giving them some benefit of the doubt. They’re going to do an investigation. And when the investigation comes out we’ll evaluate it. It’s not about benefit of the doubt ... It’s that it is reasonable to give them a handful of days more to complete it, so they get it right, so that it’s thorough and complete. And that’s what they, that’s what they’ve indicated they need and I’m hopeful they—and then we’ll get to see it. It won’t, we’ll evaluate this on a factual, straight-up basis.” Pompeo then added, “sooner is better than later” for all involved.

However, Pompeo noted it was important to consider that the US has “lots of important relationships” with the Saudis — financial, governmental, countering Iran.

“I could go on about the places that the Saudis and the US are working together,” he said, adding that the US needs “to make sure that we’re mindful of that” as it forms potential responses.

A security source tells CNN that they will conduct a “comprehensive crime scene investigation” on the premises.

Police had set up barriers around the residence a little more than an hour before.

Turkey had wanted to search the residence a day earlier.

It's been almost two weeks after Khashoggi went missing.

Maher Abdulaziz Mutreb, a Saudi diplomat and intelligence officer, is among the men under investigation by the Turkish authorities as part of the probe of the disappearance and suspected death of journalist Jamal Khashoggi.

Mutreb was the first secretary at the Saudi embassy in London, according to a 2007 UK government list of foreign diplomats and a Saudi source in London who knew him and described him as a colonel in Saudi intelligence.

“He was seconded to an elite protection brigade within the Royal Guard to serve as the personal security force of [the Crown Prince],” the source told CNN.

Two sources familiar with the investigation previously confirmed to CNN that he was among eight men listed by Turkey’s semi-official Anadolu news agency who were of interest in the ongoing criminal investigation.

He is believed to be part of a group of 15 Saudis, most of whom flew to Istanbul on the day of Khashoggi’s disappearance, two sources familiar with the investigation told CNN last week. 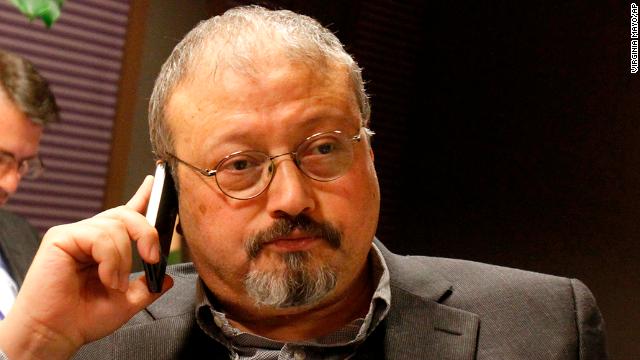 The Saudis are preparing a report that will acknowledge the death of Jamal Khashoggi — the Saudi journalist who went missing two weeks ago — was the result of an interrogation that went wrong inside the Saudi consulate in Istanbul. , two sources say.

Turkish authorities are investigating Khashoggi's disappearance, and US Secretary of State Mike Pompeo has been meeting with both Saudi royals and Turkish officials.

There is a big question mark hanging over whether French Minster for Economy and Finance Bruno Le Maire will travel to the Saudi conference dubbed "Davos in the desert" as the furor around the disappearance of journalist Jamal Khashoggi intensifies.

The summit was set up by Saudi Crown Prince Mohammed bin Salman in a bid to transform the oil-dependent economy. It is due to commence on October 23.

Le Maire will make a decision on his attendance later this week, according to the French economy ministry.

He's not the only one still mulling over attendance at the conference. US Treasury Secretary Steven Mnuchin is still scheduled to attend but President Donald Trump said a final decision would be made by Friday.

Elsewhere on Wednesday, the International Monetary Fund said in a statement late Tuesday that Managing Director Christine Lagarde's trip to the Middle East for the conference next week has been "deferred."

It's an abrupt change of position from Lagarde, who said as recently as Saturday that she still planned to speak at the event in Riyadh despite being horrified by reports about Khashoggi's disappearance.

Here's a full list of the A-listers pulling out of the Saudi summit.