The happy couple was supposed to be celebrating their marriage.

Dr. Israa Seblani and Ahmad Sbeih were on the streets of Beirut on Tuesday, with Seblani posing for photos in a dramatic, white wedding gown. It was a day like any other in the city's Saifi Village, she said, with people out and about shopping and dining in restaurants.

Then all of a sudden, there was a loud noise. Seconds later, an eardrum-shattering blast erupted behind her.

That horrifying sound was the massive explosion which rocked the Lebanese capital, leaving at least 135 dead and 5,000 injured. Mahmoud Nakib, the couple's wedding photographer, captured the moment it all went down.

"We were filming an outdoor photo session for (Seblani) and (Sbeih), then we heard an explosion," Nakib told CNN. "That was the first explosion, we thought that is was far away, we continued filming normally."

But that soon changed. "In just one second, the sky turned black and we heard the second explosion," Nakib said.

As the explosion went off, an intense gust of wind created by the its shock wave roared through the square, the video showed.

"The area I was in -- within matter of seconds -- it went from beautiful place to ghost town filled with dust, shattered glass and people yelling [and] bleeding," Seblani told CNN. "It was like a nightmare scene."

Read more of their story and see the footage here: 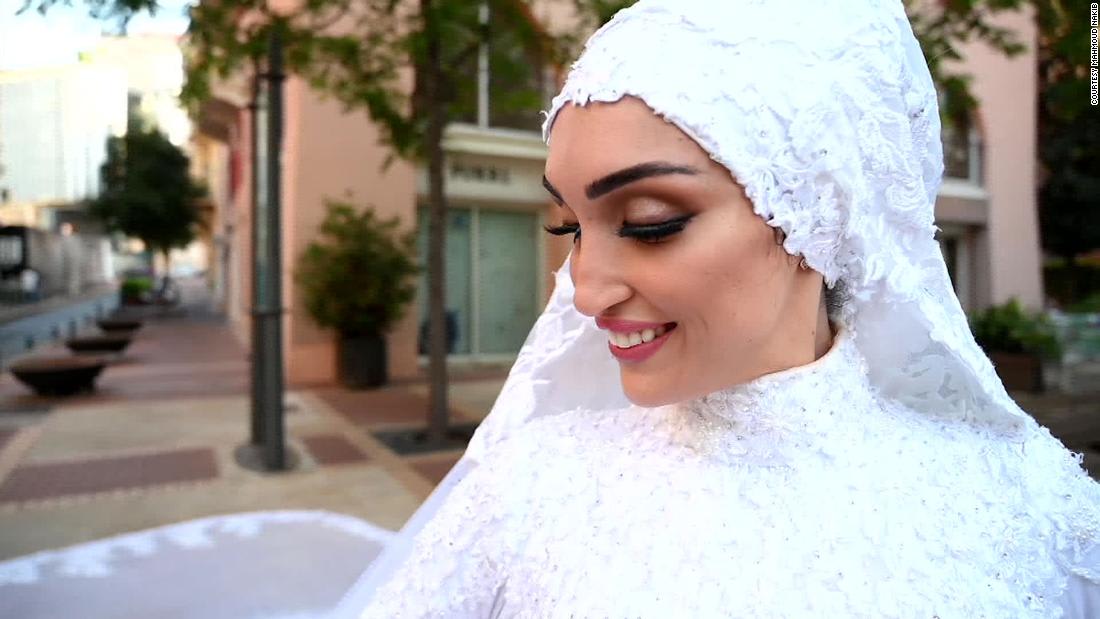 One moment, they were filming the bride in her wedding dress. Then came the explosion

Lebanese officials have been warning for years about the “extreme danger” of leaving ammonium nitrate in a container at Beirut port, according to court documents obtained by CNN through Lebanese human rights activist Wadih Al-Asmar.

The public documents show that the Director of Lebanese Customs, Badri Daher, requested the dangerous cargo be removed from the port in 2014, 2015, 2016 and 2017.

How the ammonium nitrate got to Beirut: Earlier CNN reporting revealed that a Russian-owned vessel was detained at Beirut port in the fall of 2013, carrying 2,750 metric tons (3,031 US tons) of ammonium nitrate. The crew later abandoned the ship and the cargo was moved to a warehouse at the port.

The ship was originally going to Mozambique, said Daher.

After the ship was detained, a Lebanese judge requested the dangerous cargo be “taken to an appropriate location for a guarded storage," the court documents show.

Despite this, the ammonium nitrate remained at the port for another six years.

Repeated warnings: Daher, and his predecessor, Chafic Merhi, then sent repeated letters to the legal authorities urging the cargo to be removed.

“Due to the extreme danger posed by these stored items in unsuitable climate conditions, we reiterate our request to the Port Authorities to re-export the goods immediately to maintain the safety of the port and those working in it," Merhi wrote in a 2016 letter.

Daher confirmed to CNN earlier on Wednesday that they had sent “a total of six letters to the legal authorities” but the legal officials never responded.

“The Port Authority should not have allowed the ship to offload the chemicals into the port,” Daher said.

Earlier on Wednesday, Director-General of Beirut Port Hassan Kraytem told local television channel OTV: "We stored the material in warehouse number 12 at Beirut port in accordance with a court order. We knew that they were dangerous materials, but not to that extent.”

Former Lebanese officials on Wednesday called for the formation of an international investigation committee to investigate the blast in Beirut.

"Former Prime Ministers Najib Mikati, Fouad Siniora, Saad Hariri, and Tammam Salam find it necessary to ask the United Nations or the Arab League to form an international or Arab investigation committee composed of judges and investigators who are professional and impartial to start their duties in uncovering the circumstances and causes of the catastrophe that occurred in Lebanon," according to a joint statement released by Hariri's office.

The call was echoed by international aid and humanitarian organizations.

Lebanon's President Michel Aoun stressed on Wednesday that the investigations would be transparent and will "hold those responsible accountable, and impose the harshest penalties on them."

Lebanese authorities declared Beirut a "disaster city" on Wednesday. They also declared a state of emergency in the city for two weeks.

Brazilian President Jair Bolsonaro said he had called Lebanon's ambassador to Brazil, and offered to help the country following the explosion in Beirut on Tuesday evening.

"Brazil is going to do more than a gesture, something concrete to assist those people who are in a difficult situation because, in addition to being injured, many homes were also affected. So Brazil is in solidarity," Bolsonaro said at a ceremony at the Ministry of Mines and Energy on Wednesday.
"On behalf of the Brazilian government, of course, we express this feeling to the Lebanese people and we will be present in helping those people, we have a few million of them within our country."

Brazil is home to more than 8 million people of Lebanese descent. This is the largest community of Lebanese people outside of Lebanon, according to the Cultural Association Brazil-Lebanon.

Bolsonaro also told reporters that the government is in contact with a representative of the Lebanese community in São Paulo to decide what kind of aid will be sent, and that he could send the country an airplane.

Brazilian casualty: According to Bolsonaro, there have been no reports of serious injuries to Brazilians. However, he reiterated the Foreign Ministry's previous message that the defense attaché's wife in Lebanon had minor injuries and has been hospitalized since Tuesday, but is doing well.

The ministry also reported that the Brazilian embassy, located in the center of Beirut, was hit hard, but had no structural damage. 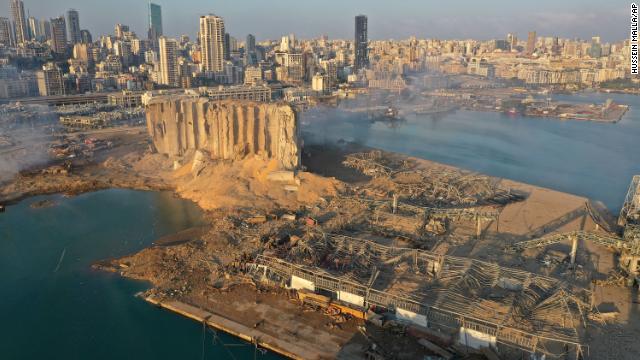 A massive explosion that rocked the Lebanese capital of Beirut on Tuesday left at least 135 people dead and thousands injured.

Authorities scrambled to treat the wounded, search for survivors, and assess the full extent of the damage on Wednesday.

Here's what we know about the blast so far:

Four Bangladeshi nationals were killed and nearly 100 others were injured in the explosion in Beirut on Tuesday, the country's state-run news agency Bangladesh Sangbad Sangstha (BSS) reported, citing senior officials at its embassy in Lebanon.

Among the injured were 21 members of the Bangladesh Navy, who were on duty at the port as part of the United Nations peacekeeping mission, BSS said, adding that one of the navy personnel is in critical condition.

The diameter of the Beirut crater created by Tuesday's explosion appears to be roughly 124 meters — or about 405 feet, according to a CNN analysis of a Planet Labs, Inc. satellite image.

That distance means the crater is well over a football field in length.

CNN utilized geospatial software to measure the satellite imagery of the explosion site. The assessment is accurate within 10 meters.

US Defense Secretary Mark Esper said the US is “still getting information on what happened” in regard to the explosion in Beirut, and that “most believe that it was an accident, as reported.”

US defense officials have told CNN there is no indication at the moment that the blast was an attack, despite President Trump calling it as such yesterday.

Esper’s remarks came as part of a discussion with the annual Aspen Security Forum, where he said he spoke about the blast with Secretary of State Mike Pompeo this morning.

“We’re reaching out to the Lebanese government, have reached out. We’re positioning ourselves to provide them whatever assistance we can, humanitarian aid, medical supplies, you name it, to assist the people of Lebanon,” he said.