A Senior Russian lawmaker has claimed that the United States is “taking advantage” of tensions in the Persian Gulf in order to deploy more troops to the region.

“It is already clear who will be the first to take advantage of the escalated situation in the Strait of Hormuz and in the Middle East in general: The Pentagon has just approved the transfer of troops to Saudi Arabia," Russian senator Konstantin Kosachev said in a post on Facebook.

The Trump administration is reinforcing its controversial military relationship with Saudi Arabia by preparing to send hundreds of troops to the country amid increasing tensions with Iran, CNN learned Wednesday.

Five hundred troops are expected to go to the Prince Sultan Air Base, located in a desert area east of the Saudi capital of Riyadh, according to US two defense officials. A small number of troops and support personnel are already on site with initial preparations being made for a Patriot missile defense battery as well as runway and airfield improvements, the officials said.

The US has wanted to base troops there for some time because security assessments have shown Iranian missiles would have a difficult time targeting the remote area.

The decision comes as US and Saudi relations remain extremely sensitive amid bipartisan congressional anger how the administration handled the murder of Jamal Khashoggi.

But the Trump administration has said it is committed to trying to help protect Saudi Arabia against Iranian aggression.

"Neither Iran nor the United States, by and large, are interested in a real war," Kosachev wrote. "However, the ‘game of nerves’ and the raising of stakes will continue."

British Foreign Secretary Jeremy Hunt said Saturday afternoon that he had spoken directly with his Iranian counterpart Javad Zarif amid rising tensions in the Persian Gulf, following the seizure of a British-flagged tanker in the Strait of Hormuz.

Hunt expressed his "extreme disappointment" with Iran's actions, saying in a post on Twitter that Zarif had "assured" him the Islamic Republic wanted to de-escalate the situation.

"They have behaved in the opposite way," Hunt said in a tweet. "This has 2 be about actions not words if we are to find a way through."

The UK Foreign Office confirmed to CNN that it has summoned the Iranian Chargé d'affaires to deal with the situation.

The UK Foreign Office has summoned Iran’s charge d'affaires following the seizure of a British-flagged oil tanker in the Strait of Hormuz.

The British government has condemned the actions of Iran, describing them as “dangerous” and “illegal.”

British Foreign Secretary Jeremy Hunt has warned Iran that the UK’s response will be “considered but robust.”

Iranian Foreign Minister Javad Zarif responded to Britain's warnings against aggression in the Persian Gulf on Saturday with one of his own.

"Unlike the piracy in the Strait of Gibraltar, our action in the Persian Gulf is to uphold int'l maritime rules," Zarif said on Twitter, referring to the UK's seizure of an Iranian oil tanker in Gibraltar. "UK must cease being an accessory to #EconomicTerrorism of the US."

Iran's capture of the Stena Impero on Friday came just hours after authorities in Gibraltar agreed to extend the detention of an Iranian oil tanker in its custody for 30 days. That ship, the Grace 1, was seized by British authorities on July 4, accused of attempting to transport oil to Syria in violation of European Union sanctions.

Alan West, a former head of the Royal Navy, said Britain should be unsurprised by the seizing of the Stena Impero tanker, warning that the UK had “too few ships” to defend its interests in the Gulf.

“What I find extraordinary is that we knew that the Iranians would try something like this a few days ago,” he told Sky News. “I’m absolutely amazed that we haven’t implemented some sort of control of red ensign shipping within the region whereby no tanker would go in to what is clearly a dangerous zone without an escort, and I find it bizarre that we seem to have ships doing exactly that.”

The Strait of Hormuz has been the site of increasing tensions in recent weeks.

The channel, which is only 21 miles wide at its narrowest point, links the Gulf of Oman and the Persian Gulf.

If the Strait were to be closed because of the threat of ongoing attacks, it would be a massive blow to the world's economy. 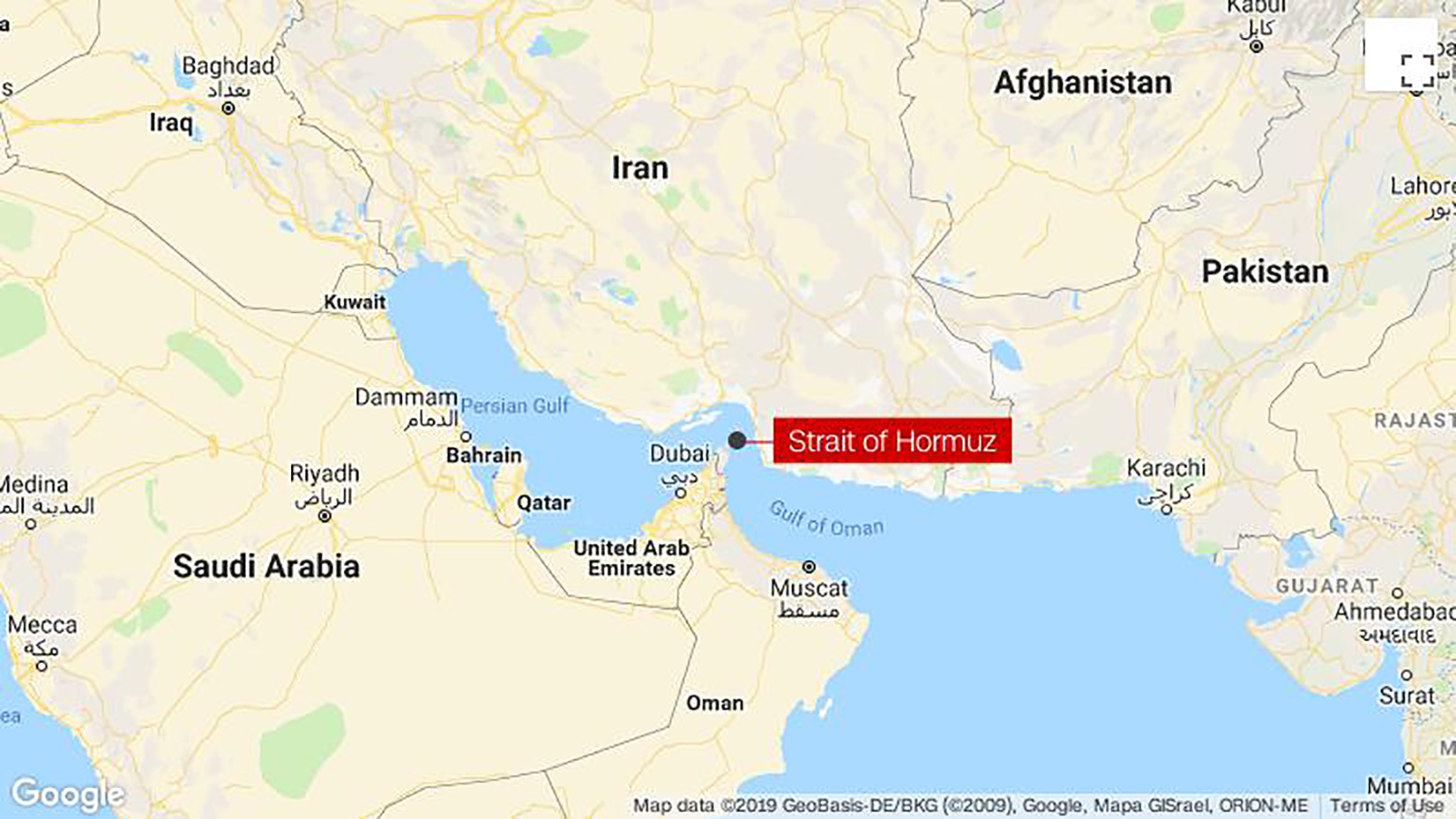 Passage through the strait is the only way to move oil from Persian Gulf producers to the world's oceans, and tensions in the area often affect oil prices.

The Strait is actually even narrower than its 21-mile width suggests. The shipping channels that can handle massive supertankers are only two miles wide heading in and out of the Gulf, forcing ships to pass through Iranian and Omani territorial waters.

About 22.5 million barrels of oil a day have passed through the Strait of Hormuz on average since the start of 2018, according to Vortexa, an energy analytics firm. That's roughly 24% of daily global oil production, and nearly 30% of oil moving over the world's oceans.

To put that in context, the amount of oil passing through the Strait of Hormuz is roughly double the entire oil production of the United States -- even accounting for the recent boom in US output that resulted in it becoming the world's largest oil producer.