Track the swing: See the biggest party shifts from 2018 in gubernatorial races so far

So far, governor’s mansions in four states will change party hands — Arizona, Maryland and Massachusetts flipped to Democrats, while Nevada flipped to Republicans.

The three biggest shifts in favor of one party or the other since 2018 have been in eastern blue states that have a history of swinging to elect moderate Republicans as their chief executives: Two of the Democratic flips and Vermont, which swung more toward Republicans. Massachusetts and Maryland shifted toward Democrats by 62 points and 45 points, respectively. Both of their new governors will make history with Maura Healey as the first out lesbian governor and first elected female governor of Massachusetts and Wes Moore as Maryland’s first Black governor.

Healey and Moore are both succeeding moderate Republicans who had been two of the most popular governors in the country. In Vermont, moderate Republican Gov. Phil Scott — another one of the nation’s most popular governors — is projected to win reelection by an even wider margin than he did four years ago. As of Nov. 23, Scott was leading by more than 45 points after winning by 15 points in 2018.

Four Republican incumbent governors in particular expanded their margins — by about 20 points — to make their states much more red: Mike Dunleavy of Alaska, Kristi Noem of South Dakota, Mike DeWine of Ohio and Ron DeSantis of Florida.

In both Florida and South Dakota, every county that has reported results so far has swung toward Republicans, including the ones that voted for Democratic challengers.

Gubernatorial races provide a window into how political winds have shifted since the last midterm election in 2018, because the same 36 states have gubernatorial races on the ballot both years and many of the same candidates are up for reelection. Below, we break down how states and counties shifted in their votes for governor compared with four years ago.

Data will update every 15 minutes.

Democrats are projected to win in four key states

Of the six key states, two have flipped between parties. Former Arizona Secretary of State Katie Hobbs — who rose to national prominence in 2020 when she oversaw the state’s election — is projected to defeat 2020 election denier Kari Lake, flipping Arizona for Democrats. Joe Lambardo flipped Nevada for Republicans.

Incumbents have won reelection and expanded their margins since 2018 in three states — Georgia, Michigan and Wisconsin.

Democrats have eaten into Republicans’ stronghold at the state level with three of four flips and will win 18 of the 35 gubernatorial races, CNN has projected. Nationwide, Republicans will govern 26 states and Democrats 24, according to CNN projections. Republicans led 28 states before the election.

Overall, the margins of victory in 11 races shifted toward Democrats compared with 2018 results and 25 races moved toward Republicans, according to a CNN analysis of election results as of Nov. 23.

The 2022 midterms have been a good year for incumbent governors. Of the 36 states electing a governor in November, incumbents were running for reelection in 27 states — and all 27 are projected to win another term.

Explore how your county voted for governor

For each state, CNN visualizes how each county (or town, in New England states) voted for governor and how its votes shifted — either left toward Democrats or right toward Republicans — compared with 2018.

In Florida, for example, most counties are red, voting to reelect Republican Gov. Ron DeSantis over former Gov. Charlie Crist in 2022 — with DeSantis expanding his margin of victory in each of them. Each of the blue counties that voted for Crist, though, have also shifted toward Republicans by some degree — meaning that Crist won those counties by a smaller margin than Democrat Andrew Gillum did over DeSantis in 2018.

Direction and magnitude of swing since 2018

Projected winner's margin of victory in 2022 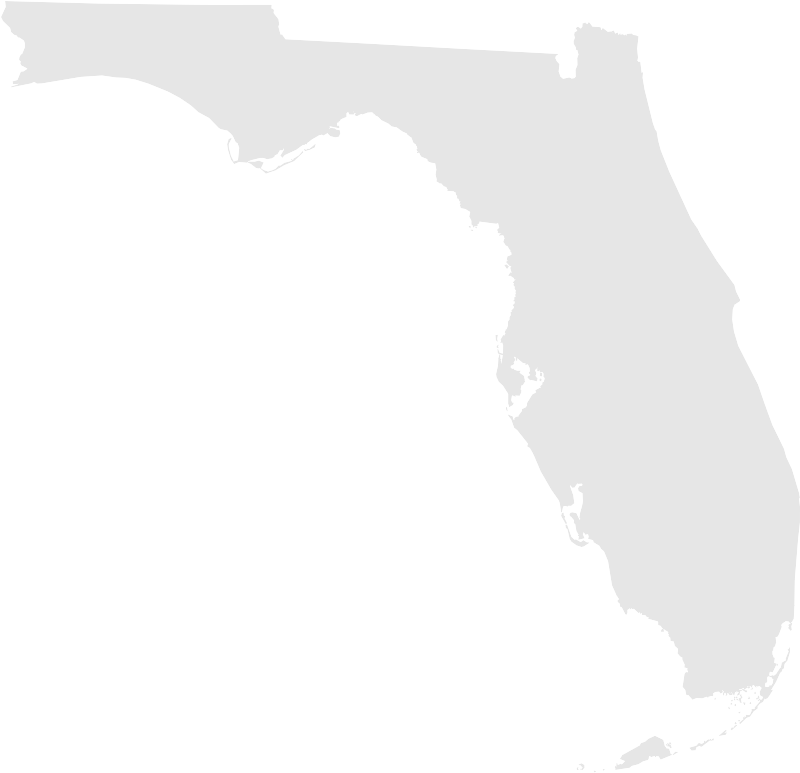 Note: Alaska is not shown because it switched to ranked choice voting since 2018.