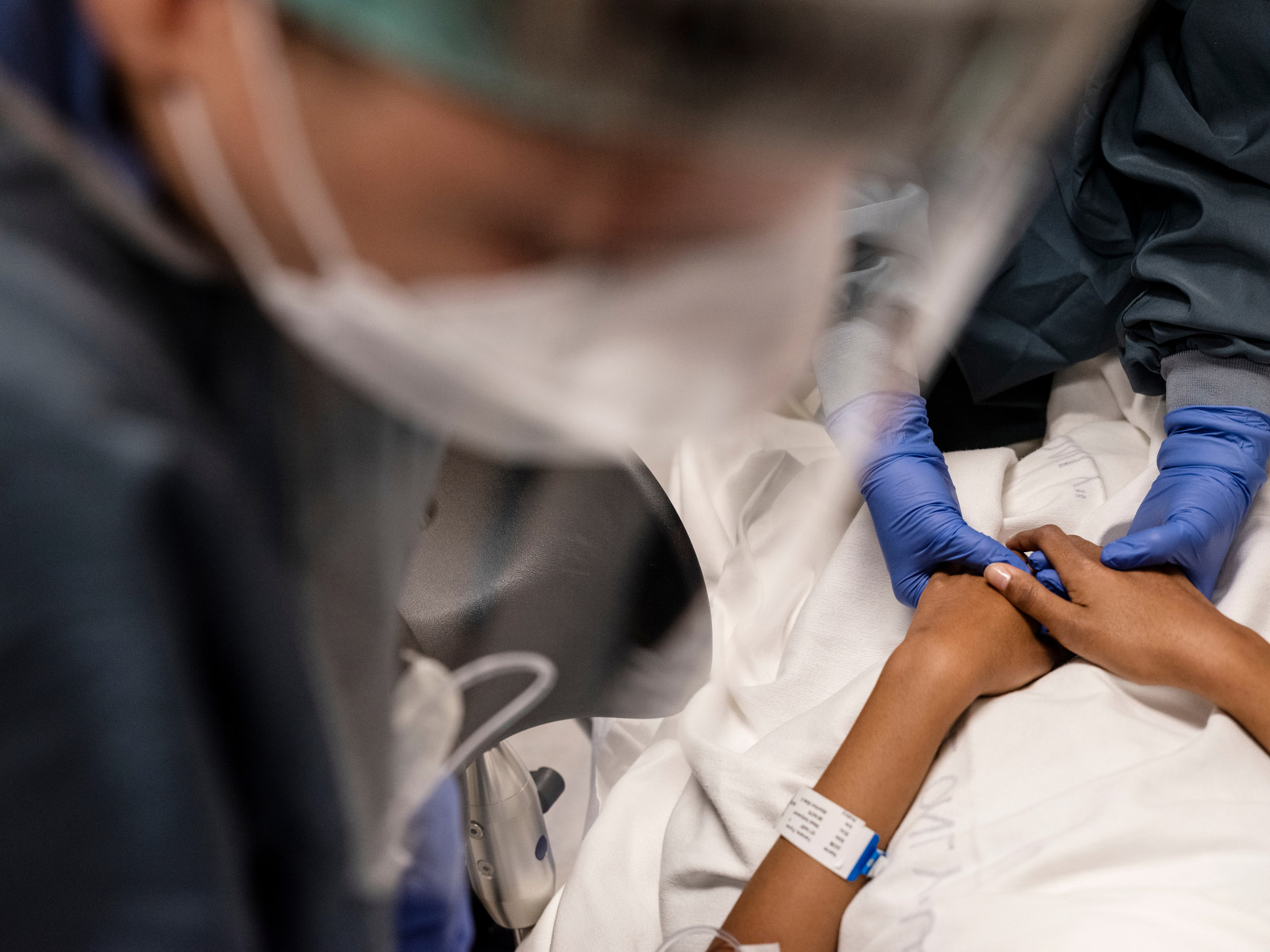 A medical team cares for Imani after her surgical procedure at Planned Parenthood Los Angeles.

She tried to get an abortion during the pandemic. Her state wouldn’t allow it

A medical team cares for Imani after her surgical procedure at Planned Parenthood Los Angeles.

In the early days of the coronavirus pandemic, many states put a temporary ban on elective surgeries and medical procedures deemed nonessential.

For several states, that included abortion.

It didn’t take long for abortion providers to challenge the new restrictions. In some states, several judges blocked the bans. Others were eventually lifted by the states themselves.

But for weeks, many women were left in limbo. 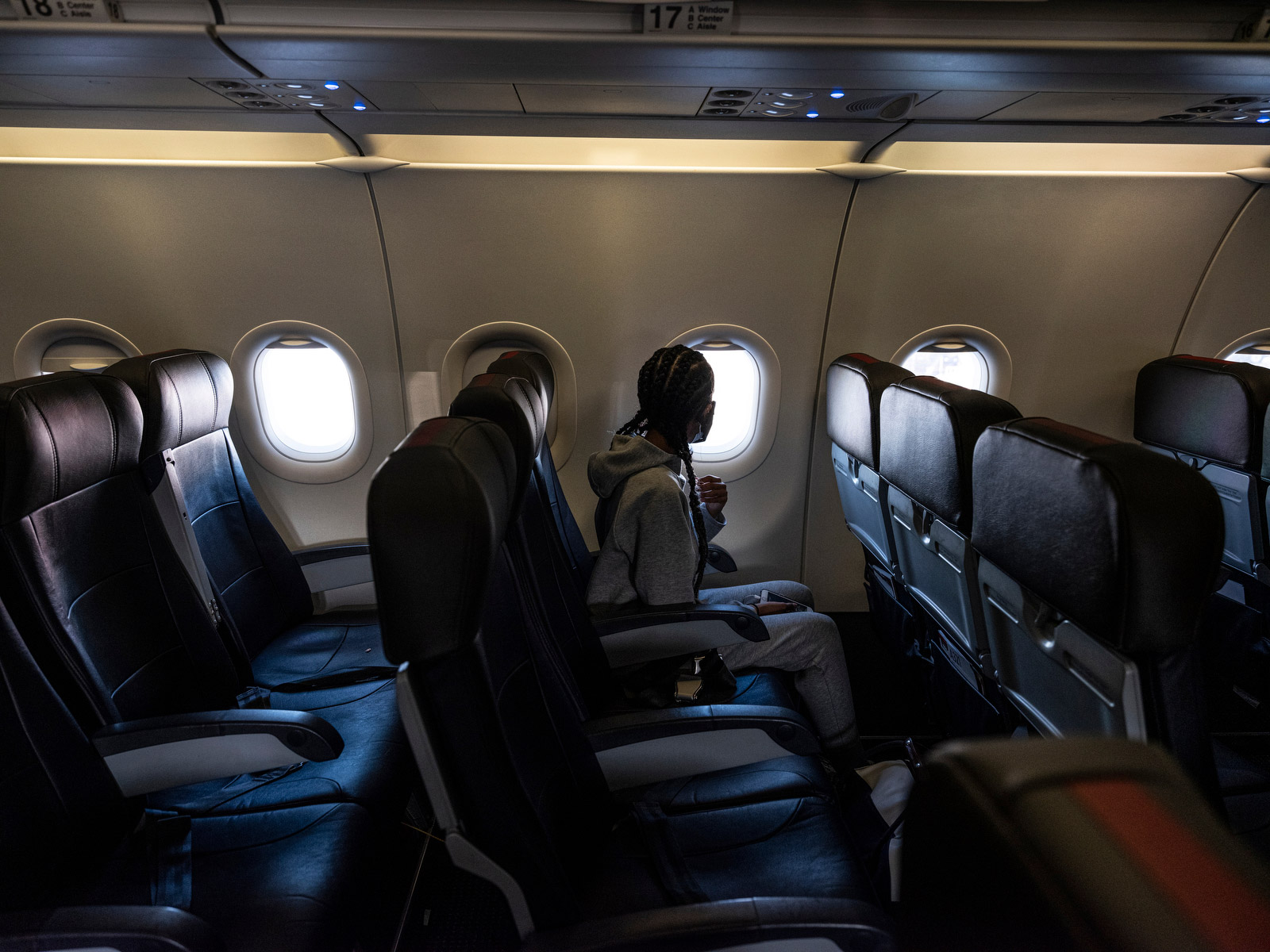 Imani sits on a nearly empty plane after flying from Texas to Los Angeles. 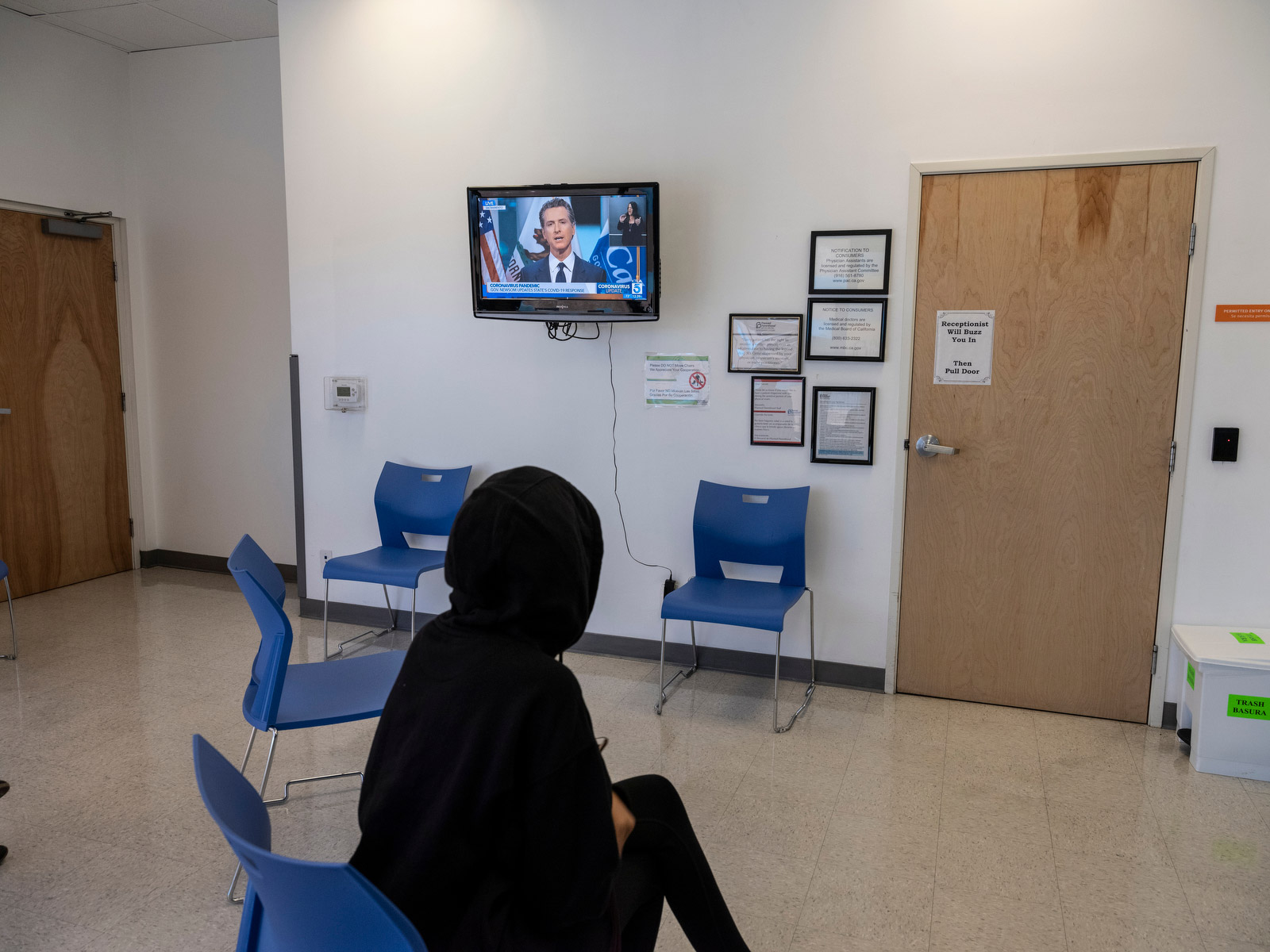 Among the women affected was Imani, a 22-year-old in Texas. (CNN has agreed to use a pseudonym to protect her identity.)

Imani was trying to obtain an abortion, but the timing could not have been worse. Texas Gov. Greg Abbott signed an executive order on March 22 banning “surgeries and procedures that are not immediately medically necessary to correct a serious medical condition or to preserve the life of a patient.” The state’s attorney general, Ken Paxton, said the ban included elective abortions.

Texas said the move was necessary to preserve personal protective equipment, or PPE, while the state dealt with Covid-19. The legal challenges soon followed. 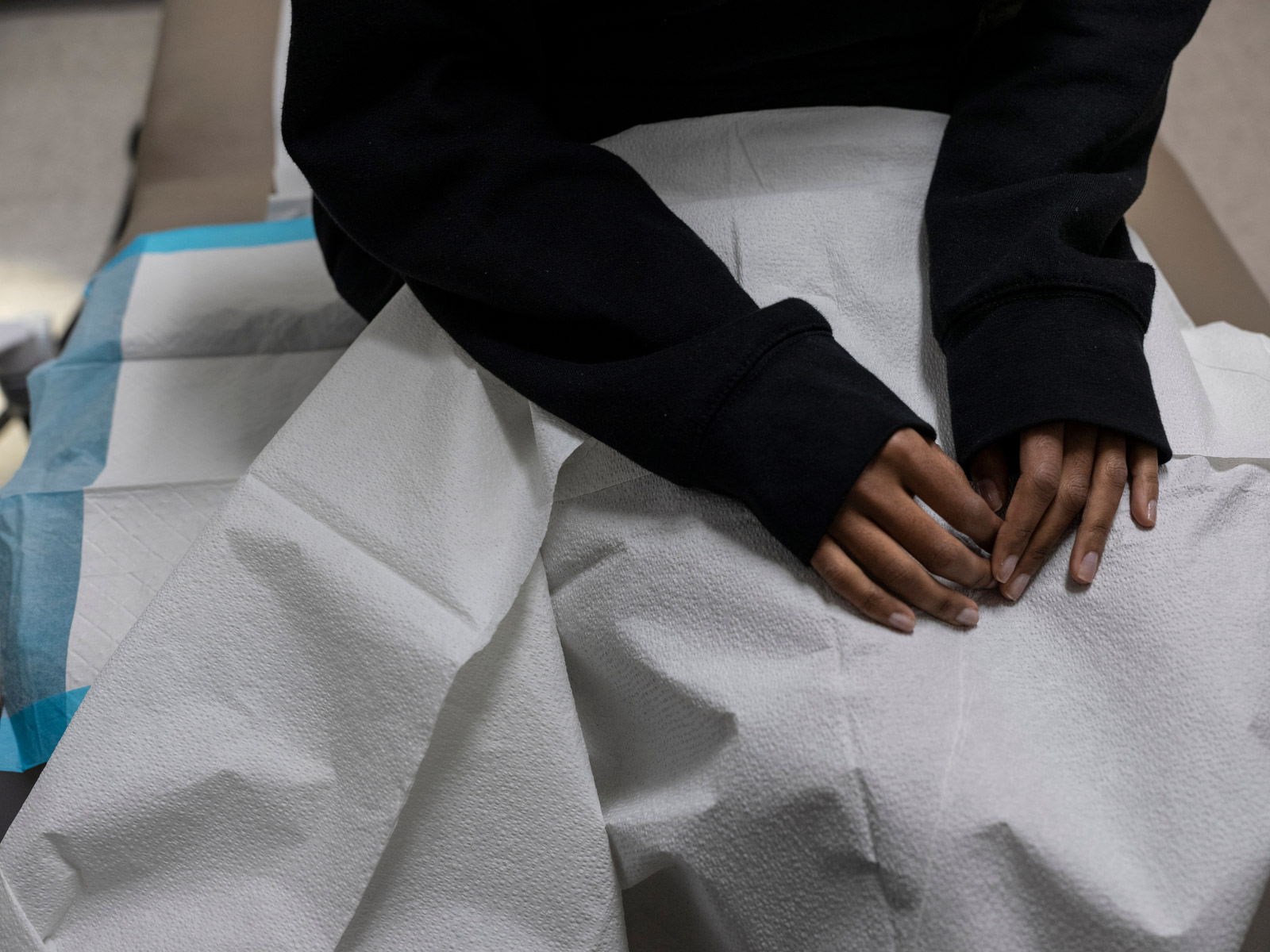 Imani waits for an appointment. 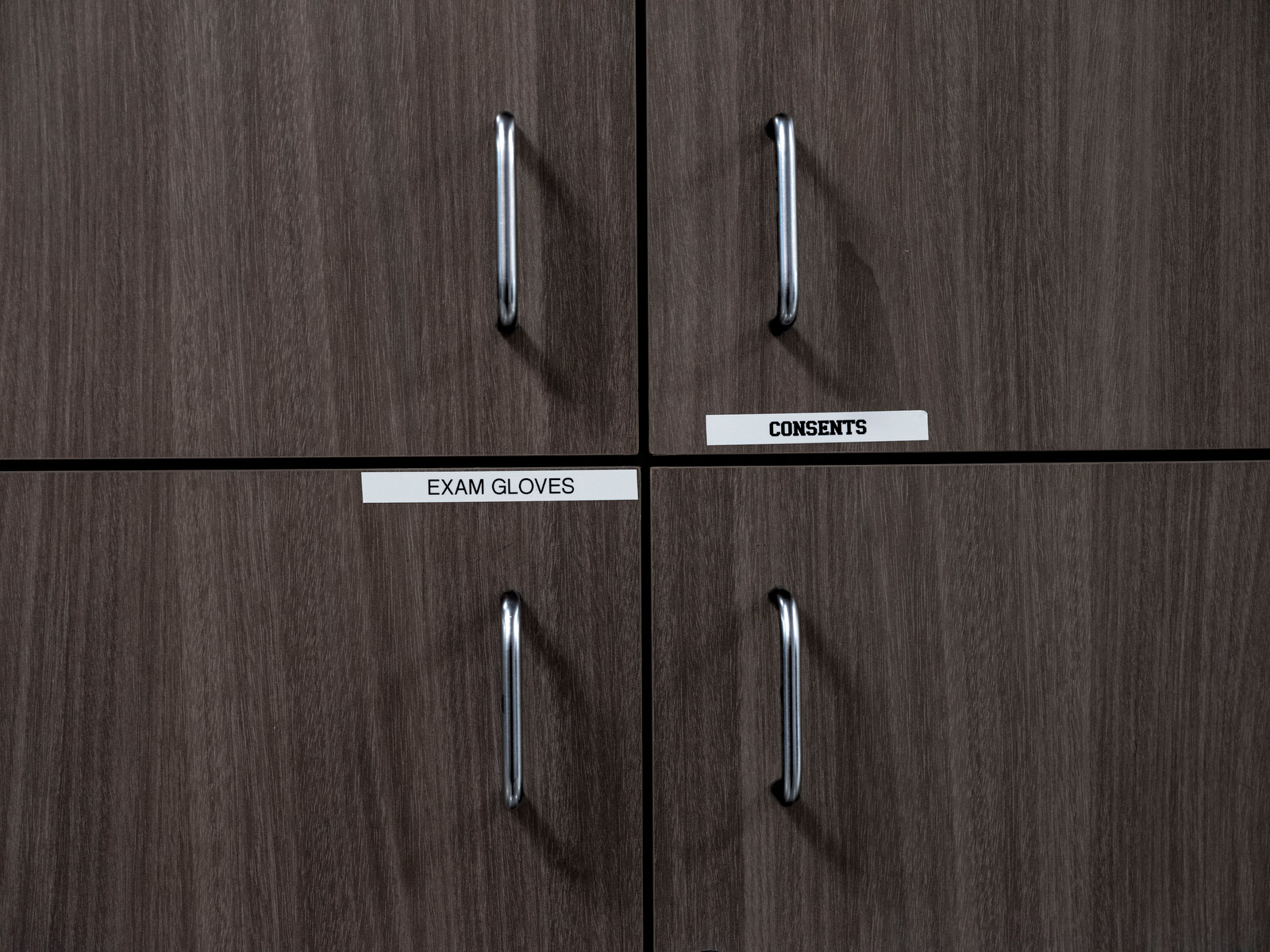 A close-up of drawers at the Planned Parenthood clinic in Los Angeles.

Imani called several clinics in Texas, but they were closed or said they couldn’t help her. So she had to look elsewhere. A friend suggested she go to Mexico, but she declined. She called a couple of clinics in Arizona before eventually settling on Los Angeles, hundreds of miles from home.

She wasn’t the only one. Planned Parenthood Los Angeles was “getting a huge influx of people from out of state,” said Glenna Gordon, a freelance photojournalist who documented Imani’s story.

Gordon had been trying for a while to do a story about the nation’s “abortion deserts” — areas of the United States where women have to travel long distances to obtain an abortion. She never expected a pandemic to make things even harder. 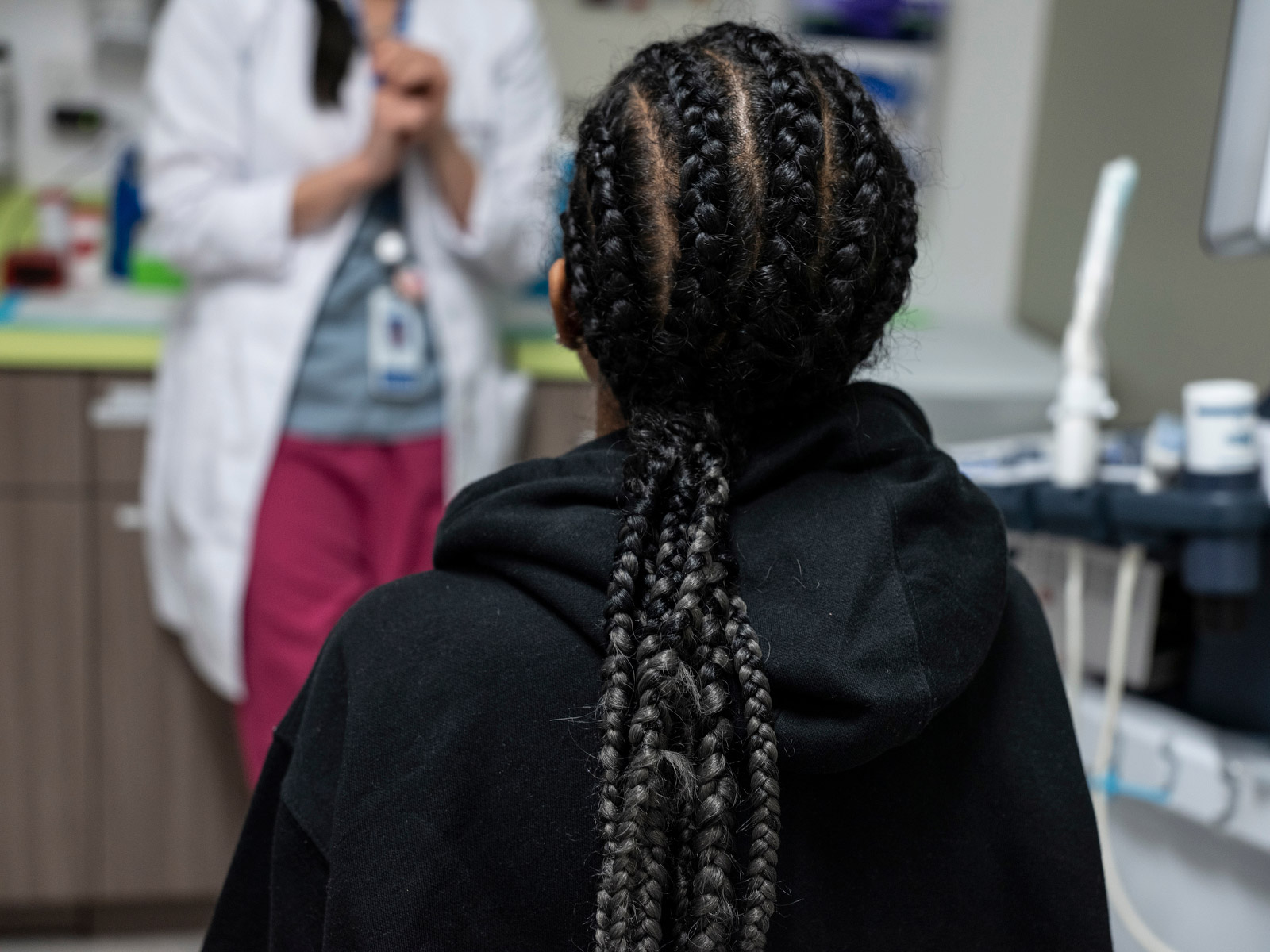 Imani learns more about what's happening with her body. 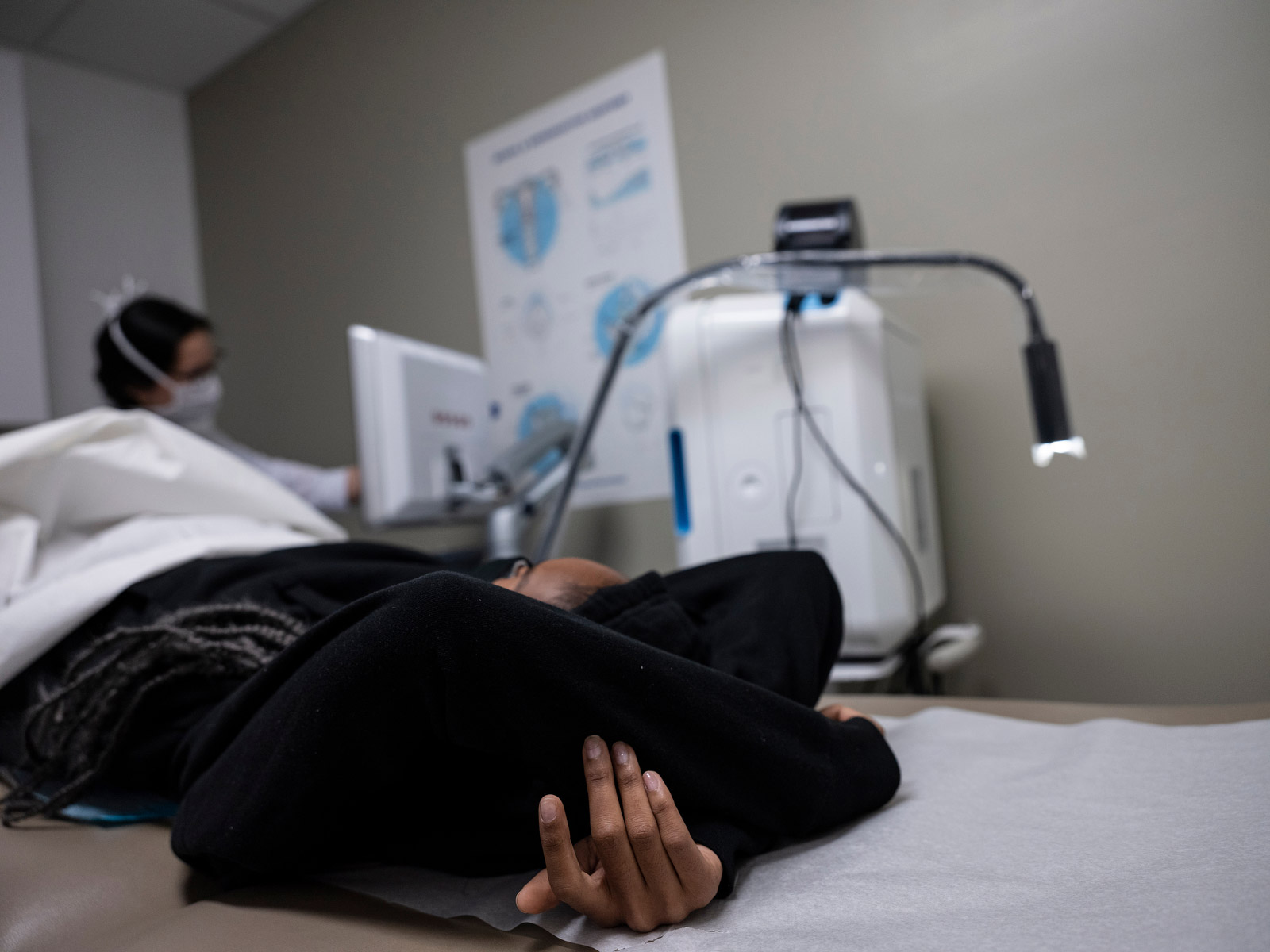 Imani lies down during her first appointment.

Gordon was introduced to Imani through Planned Parenthood Los Angeles, and Imani agreed to have Gordon photograph her experience.

“I agreed to do it so a light can be shed on what women have to go through health-wise and with the decisions we make for ourselves,” she told CNN via text.

Gordon was with Imani for several days, meeting her at Los Angeles International Airport after she arrived on a nearly empty plane out of Texas. 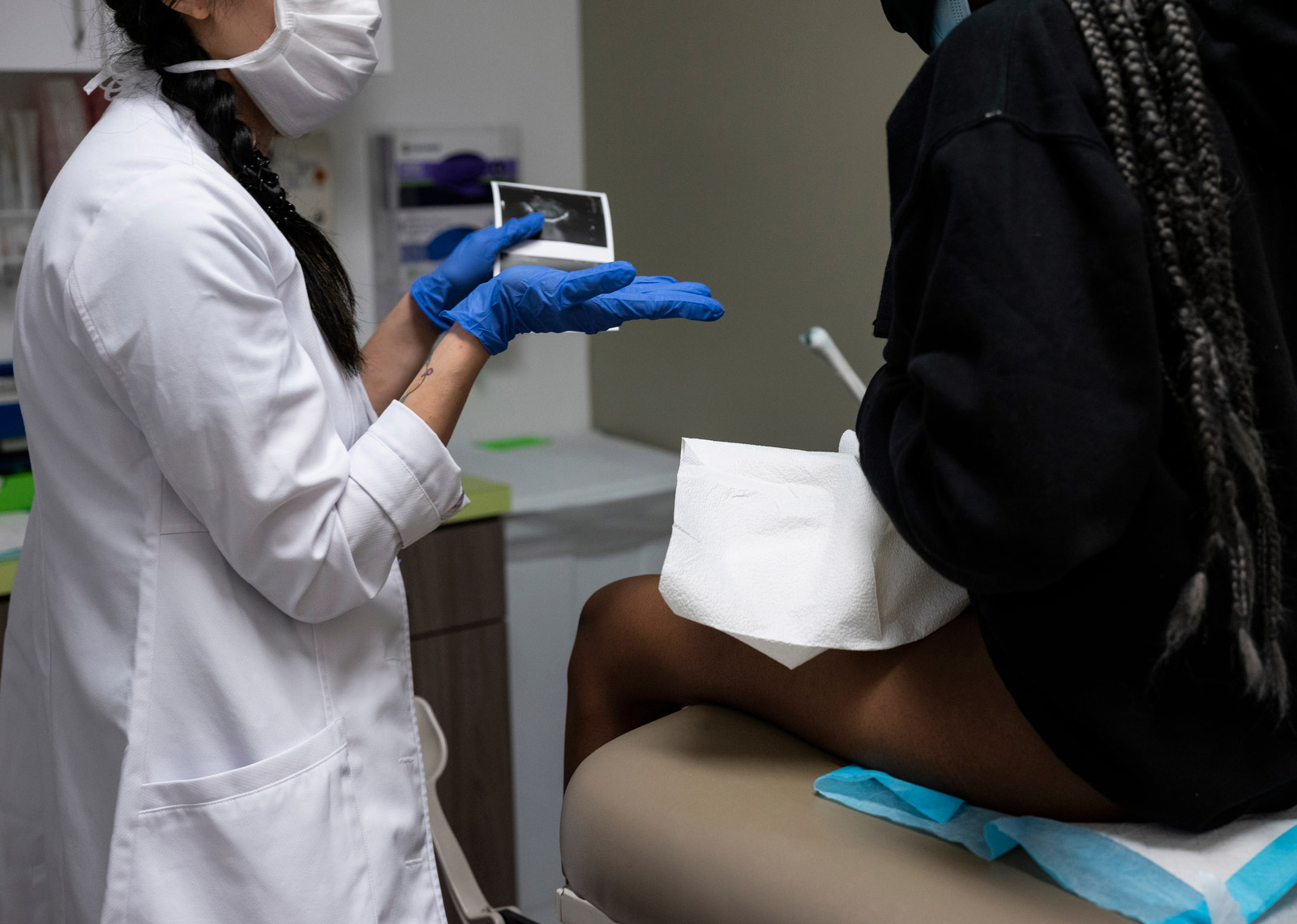 A clinician shows Imani her sonogram. 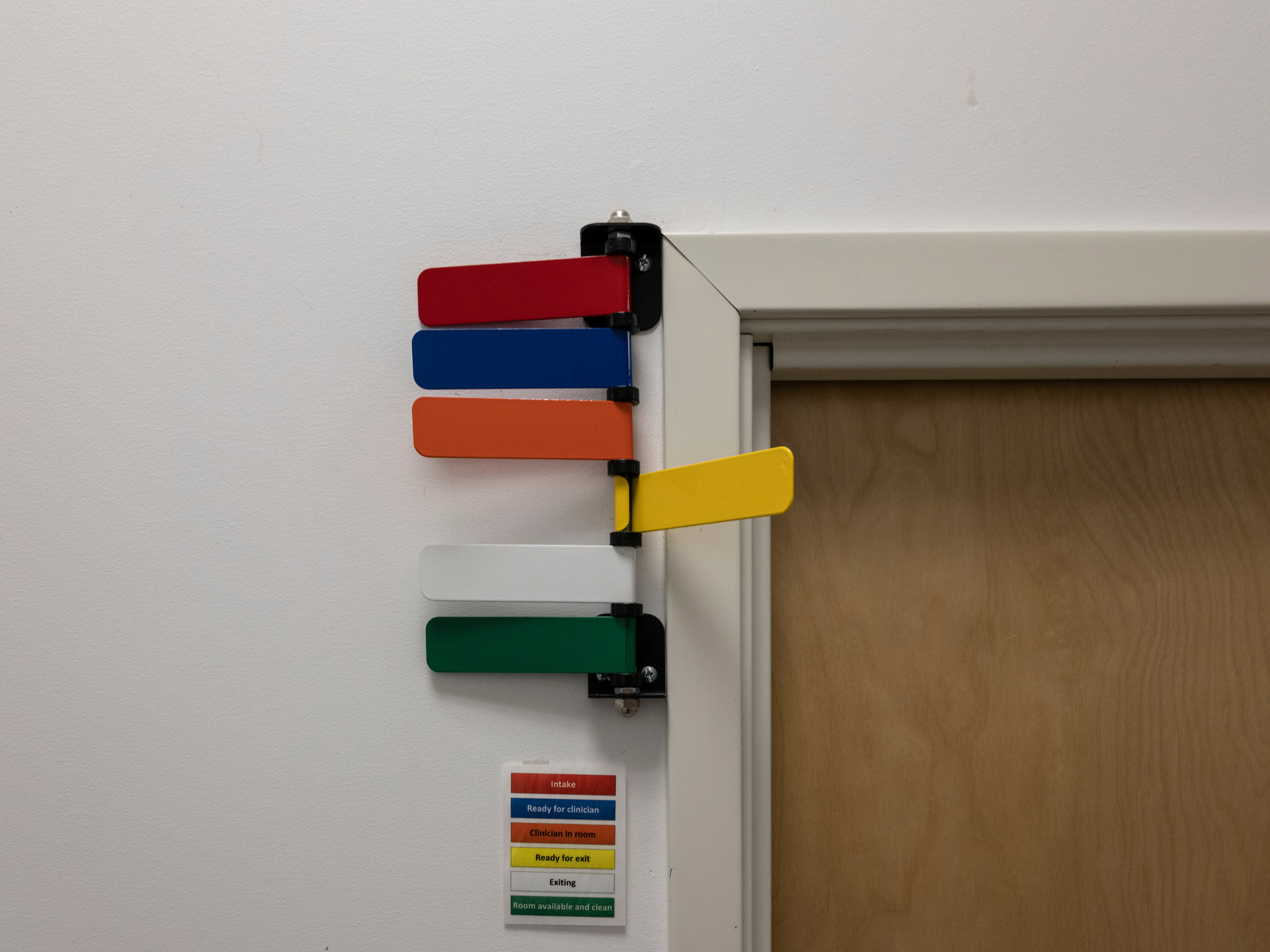 Color-coded markers at the clinic show each patient’s status inside.

Imani went to Planned Parenthood, where she was hoping to have a medication abortion and avoid any surgical procedure. It was late April. By this time, the executive order in Texas had expired and Abbott’s new guidelines had loosened the restrictions. But Imani was still getting conflicting information, and she had already booked her LA trip.

When she got to LA, she learned that a medication abortion was not going to be possible. There were medical complications, she was in pain and it turned out she needed urgent surgical care, Gordon said.

Imani considered going to the emergency room, and maybe even back to Texas, when Planned Parenthood Los Angeles offered her a surgical appointment the next day. 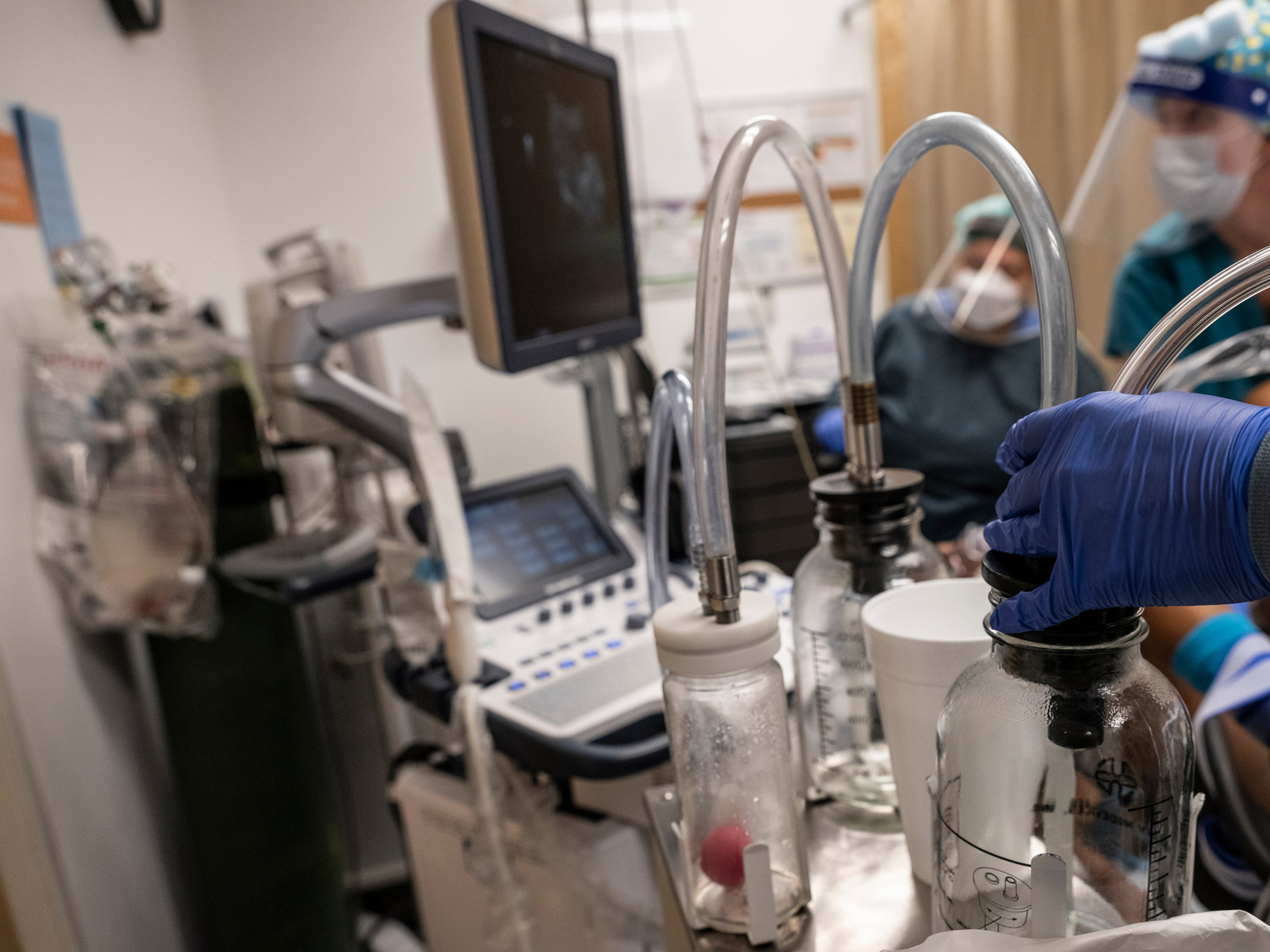 A look inside the clinic during Imani's surgical procedure. 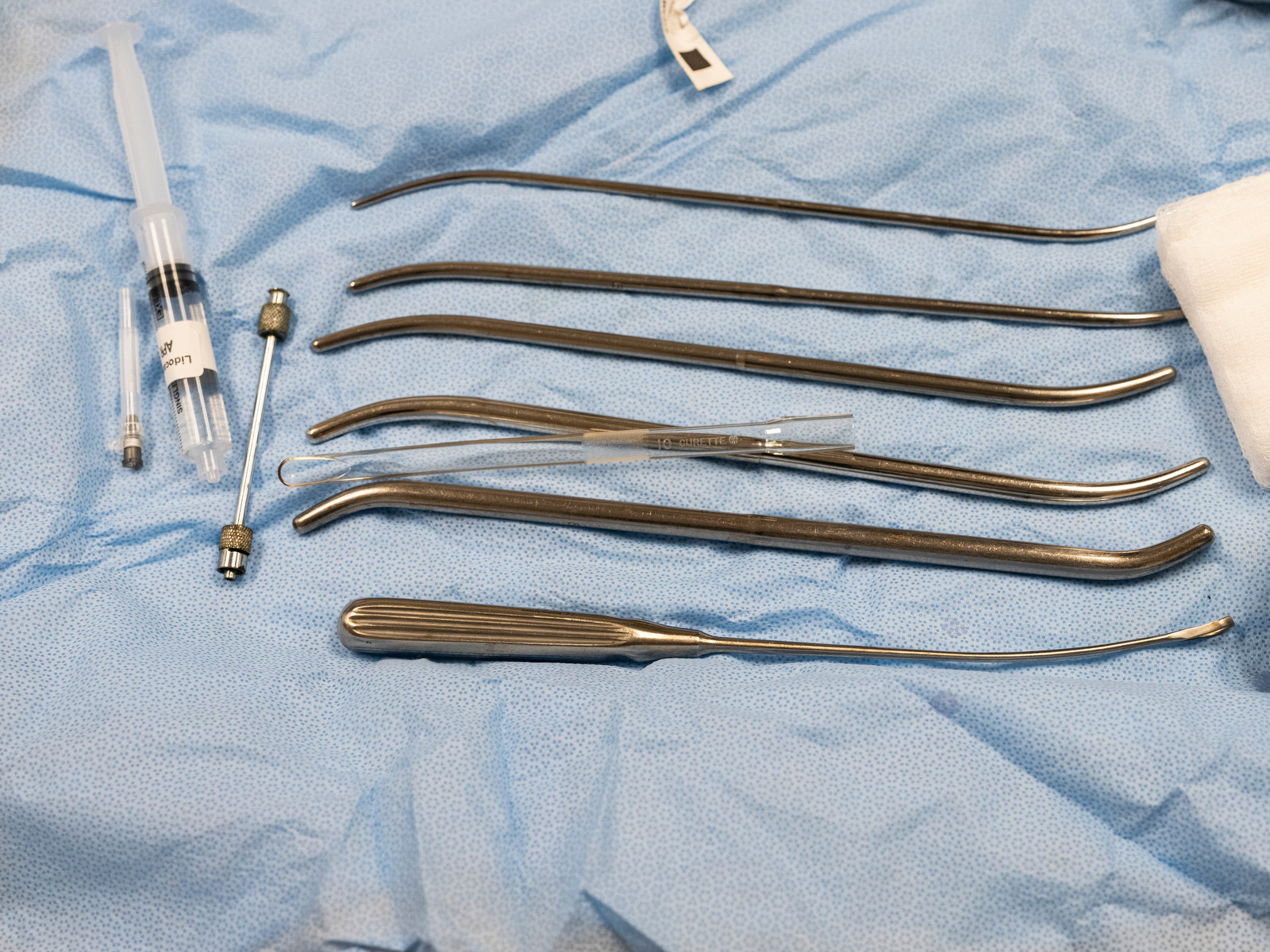 Instruments are lined up during Imani’s surgery.

Gordon was with Imani the whole time.

“Abortion is something that happens behind closed doors, and we don't get to see it,” the photographer said. “There's a lot of reasons for that, and I think it's hard for us to have a lot of empathy for things we can't see. That's why I do photography, to try and make some of those things more visible and more real for people.”

Imani said she was nervous during the procedure and exhausted afterward, both physically and mentally. But she was comfortable with her decision.

“Every woman should have the option to do as she pleases with her body,” she said. 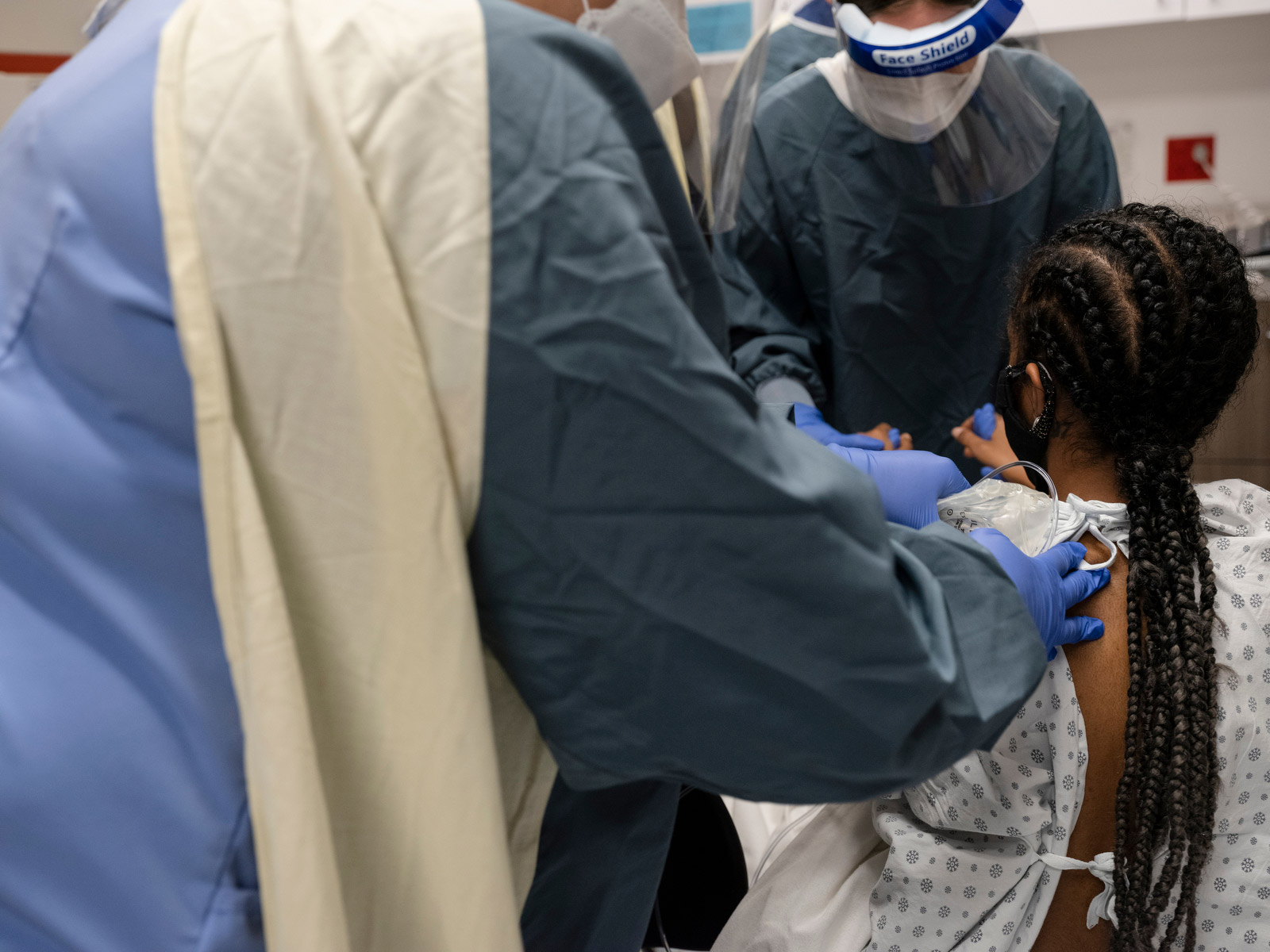 A medical team helps Imani up to go to the recovery room. 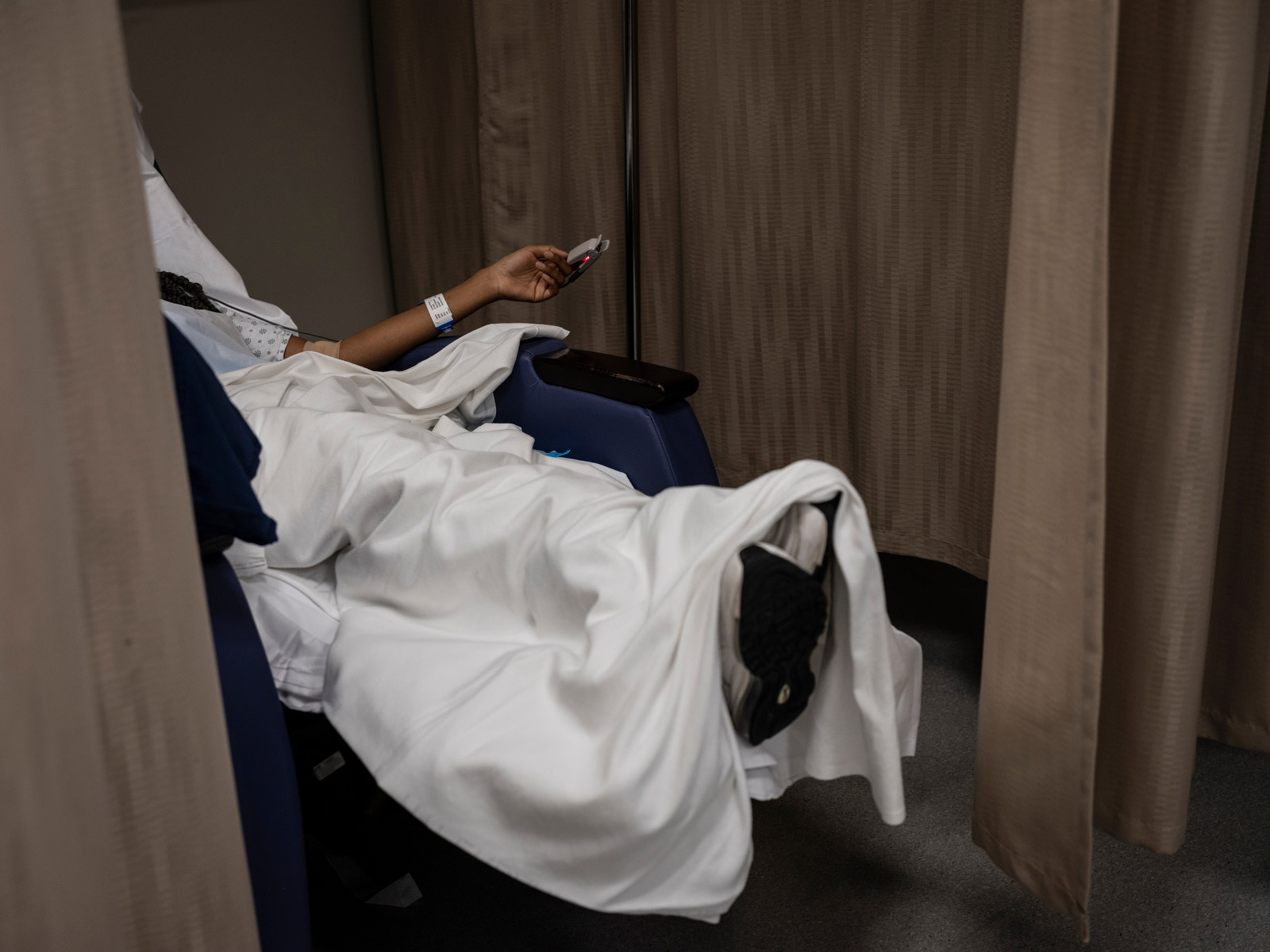 Imani rests as her sedatives wear off in the recovery room.

Gordon agrees, and she has a very personal connection.

Gordon said she is encouraged by the Supreme Court’s decision Monday to block a controversial abortion law in Louisiana. The law barred doctors from performing an abortion procedure unless they had admitting privileges at a nearby hospital.

“If the court had gone the other way, countless women would have had to jump through even more hurdles than ever just to get basic reproductive health care,” she said. 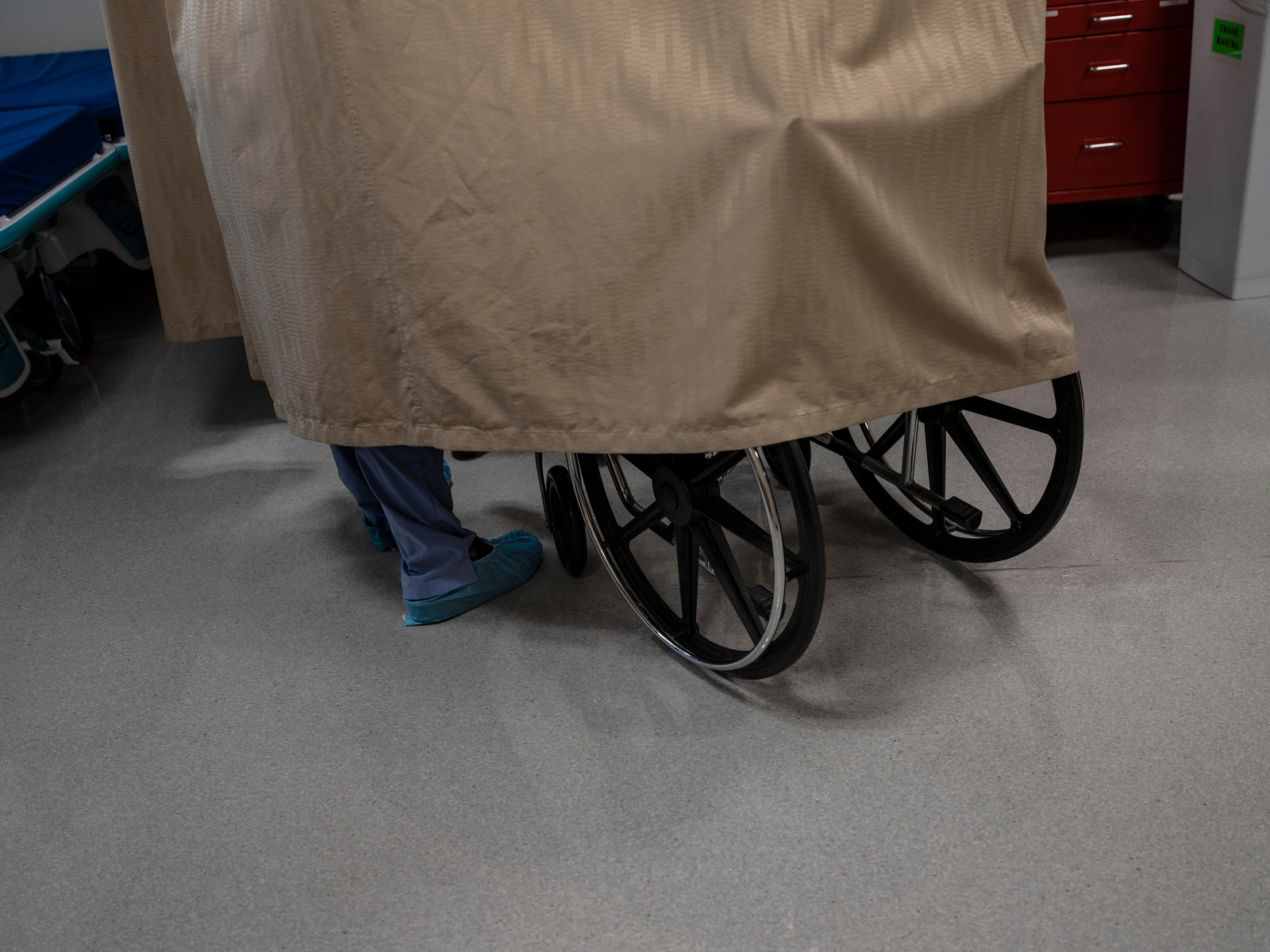 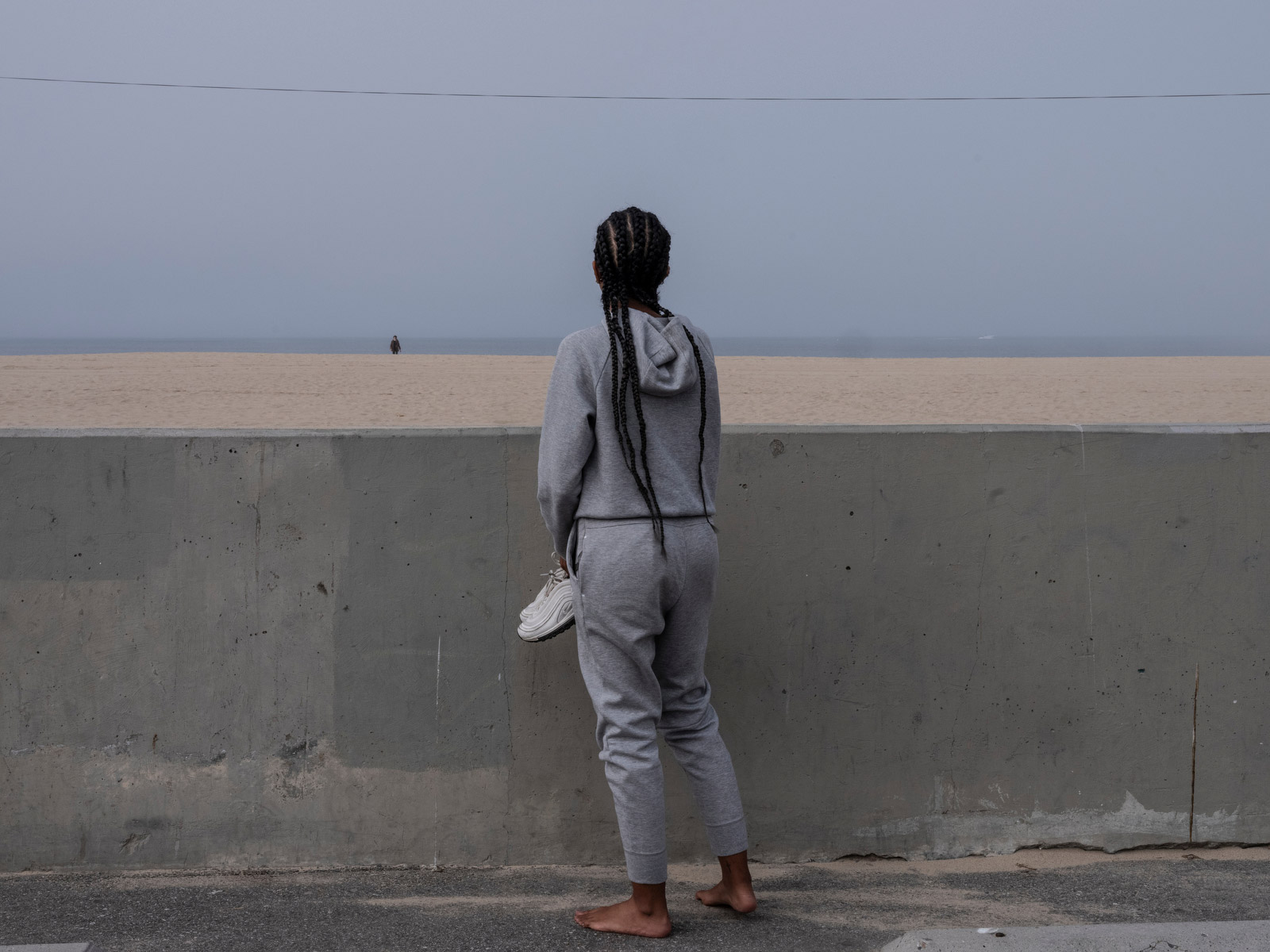 Imani stops at the beach during the trip. It was closed because of Covid-19, but there were a few people wandering around.