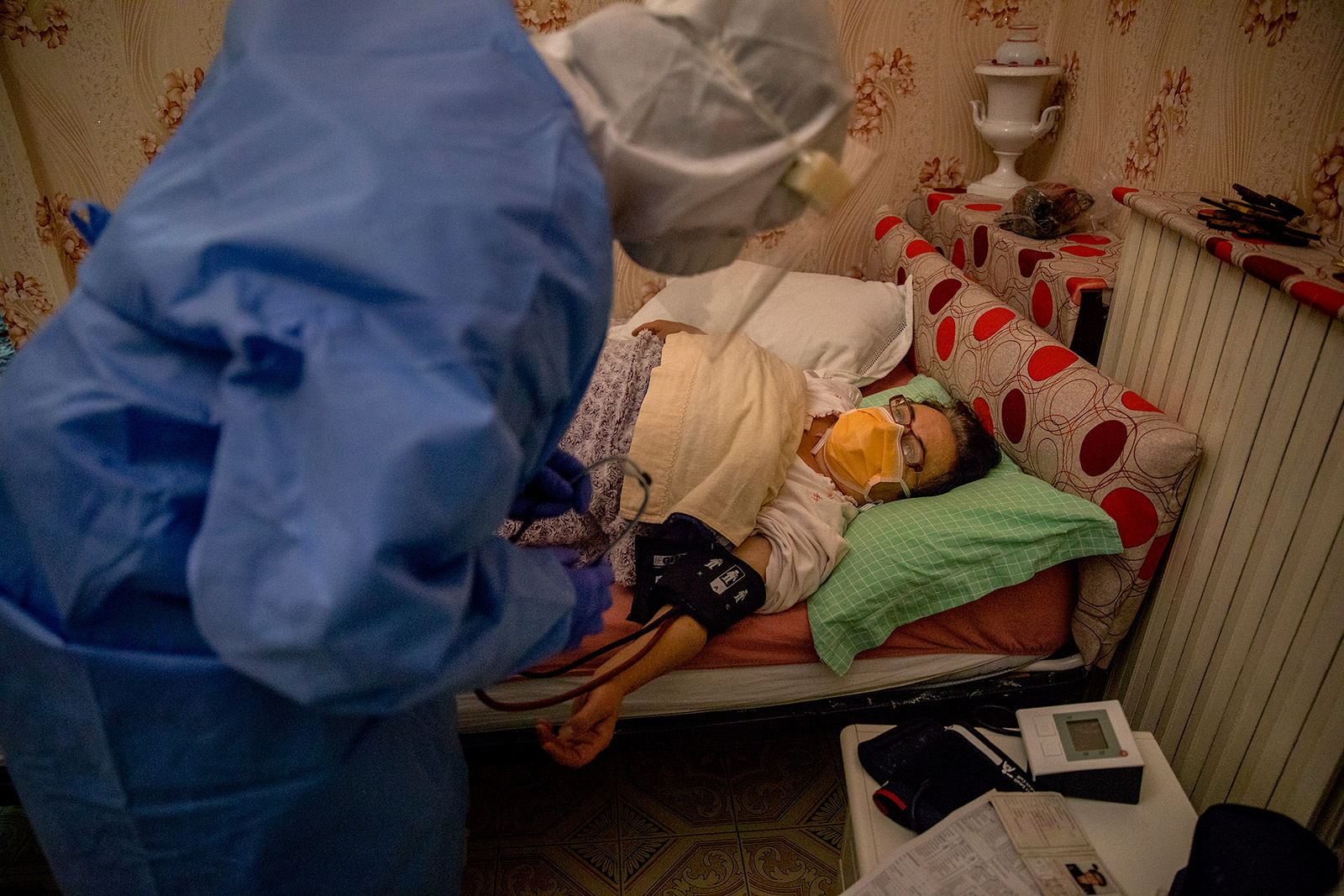 A nurse with the Italian Red Cross checks a woman’s blood pressure after a late-night emergency call in Naples, Italy, on April 7.

Finding humanity on the front lines of the coronavirus crisis

A nurse with the Italian Red Cross checks a woman’s blood pressure after a late-night emergency call in Naples, Italy, on April 7.

Italy remains one of the deadliest hot spots of the coronavirus pandemic.

As of April 10, more than 18,000 people have died in the country, according to Johns Hopkins University.

“People are so scared that they almost don’t look you in the face,” said Italian photojournalist Alessio Paduano, who has been documenting the crisis for the past month. “When I am on the road for work, I often meet people on my way who, when they realize they have another person in front of them, change their way with their head down.

“It is understandable, but it’s sad.” 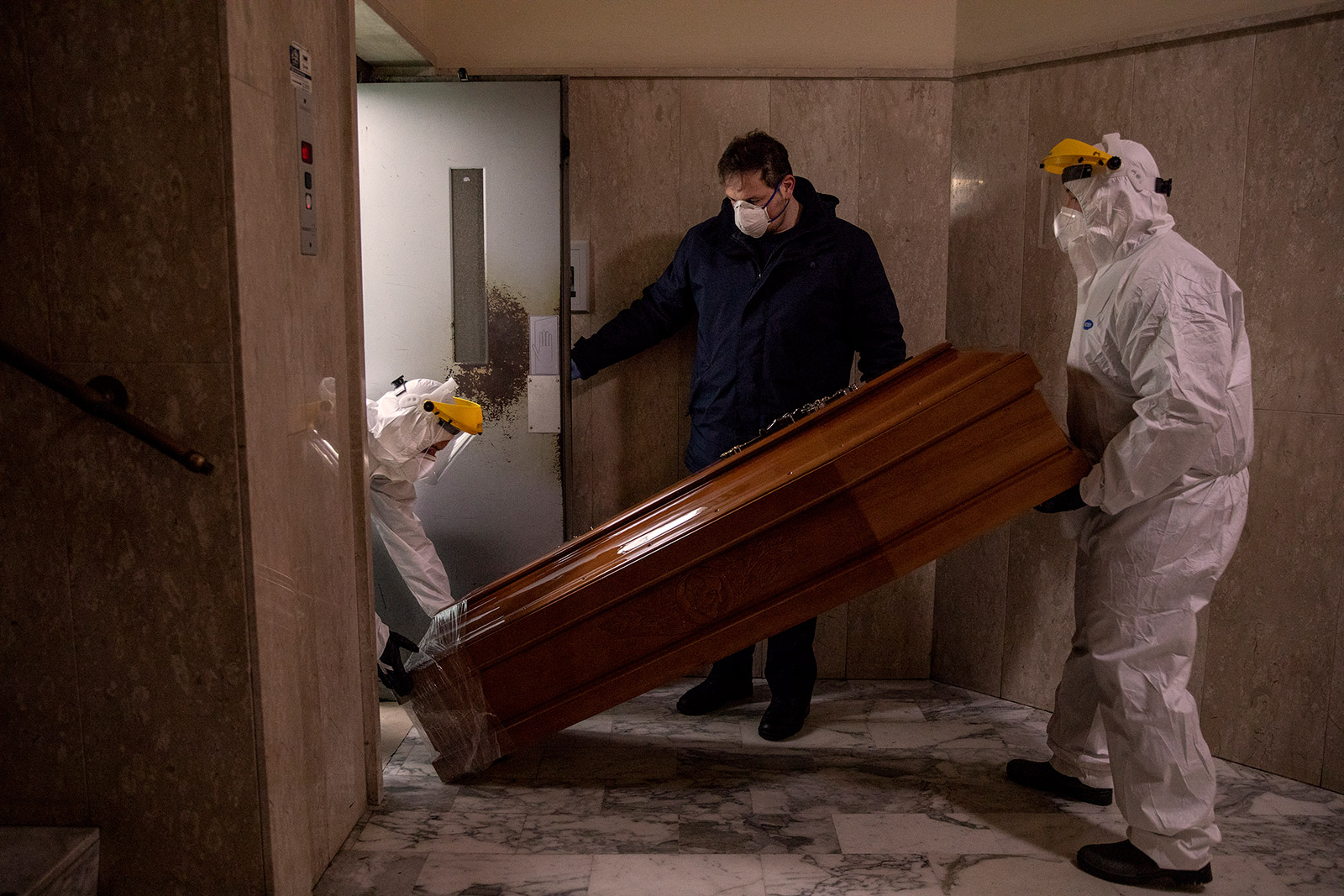 Workers carry a coffin in Naples on April 1. 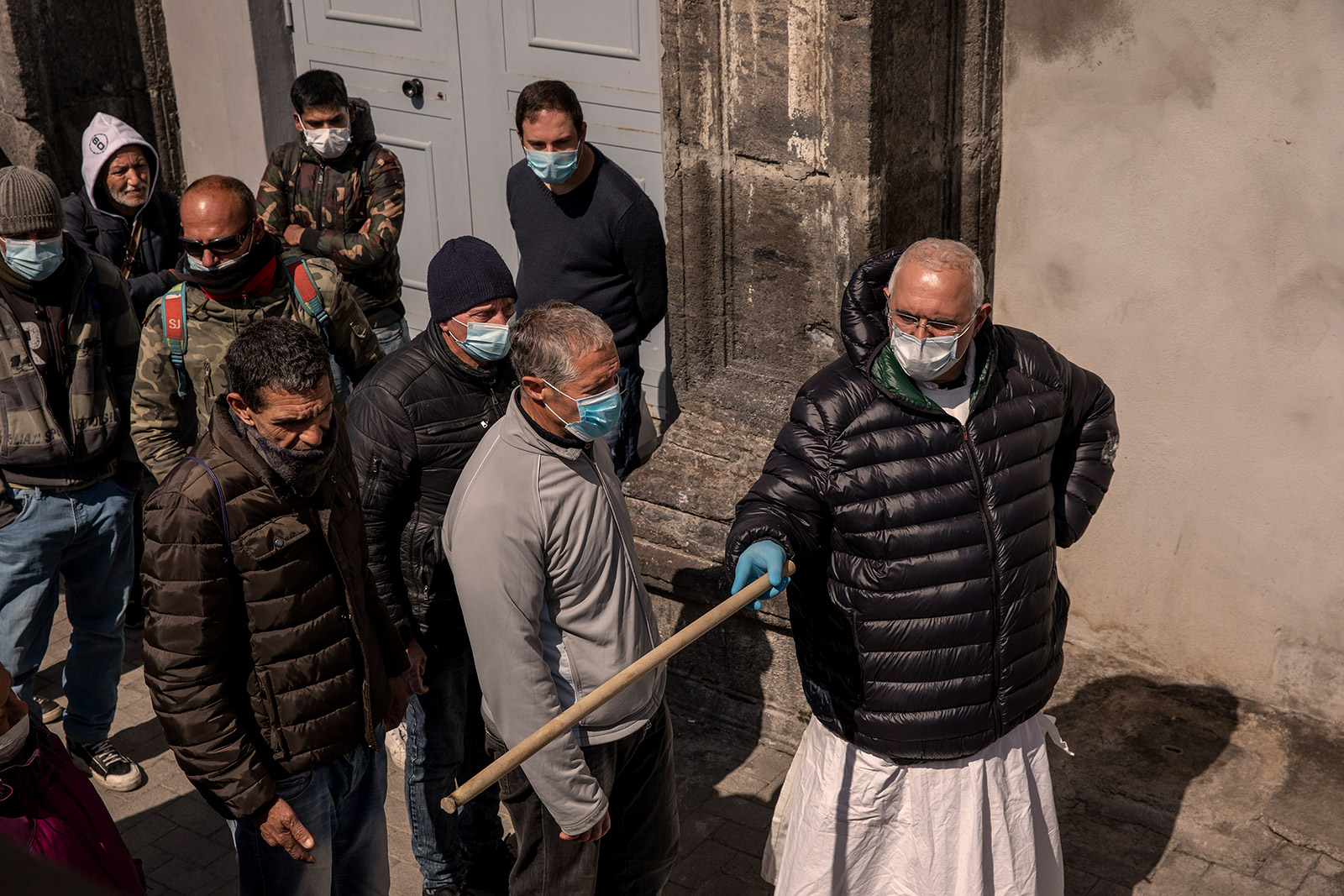 Father Francesco Sorrentino manages the flow of people lining up to get a free meal that was being offered by a church in Naples on March 23. Many free canteens have had to close because of the pandemic.

The country has been on lockdown for weeks.

In an attempt to control the spread of the coronavirus, the government has imposed travel restrictions across the entire country. Schools are closed. Religious services are suspended. Public spaces are empty. The only stores that are open are pharmacies and food markets.

These are all things we can easily see. But Paduano says he has noticed a much deeper issue while taking photos in Rome and his hometown of Naples.

“This virus is causing us to lose some humanity,” Paduano said. “People no longer want to smile and talk. Everyone is suspicious of everyone.” 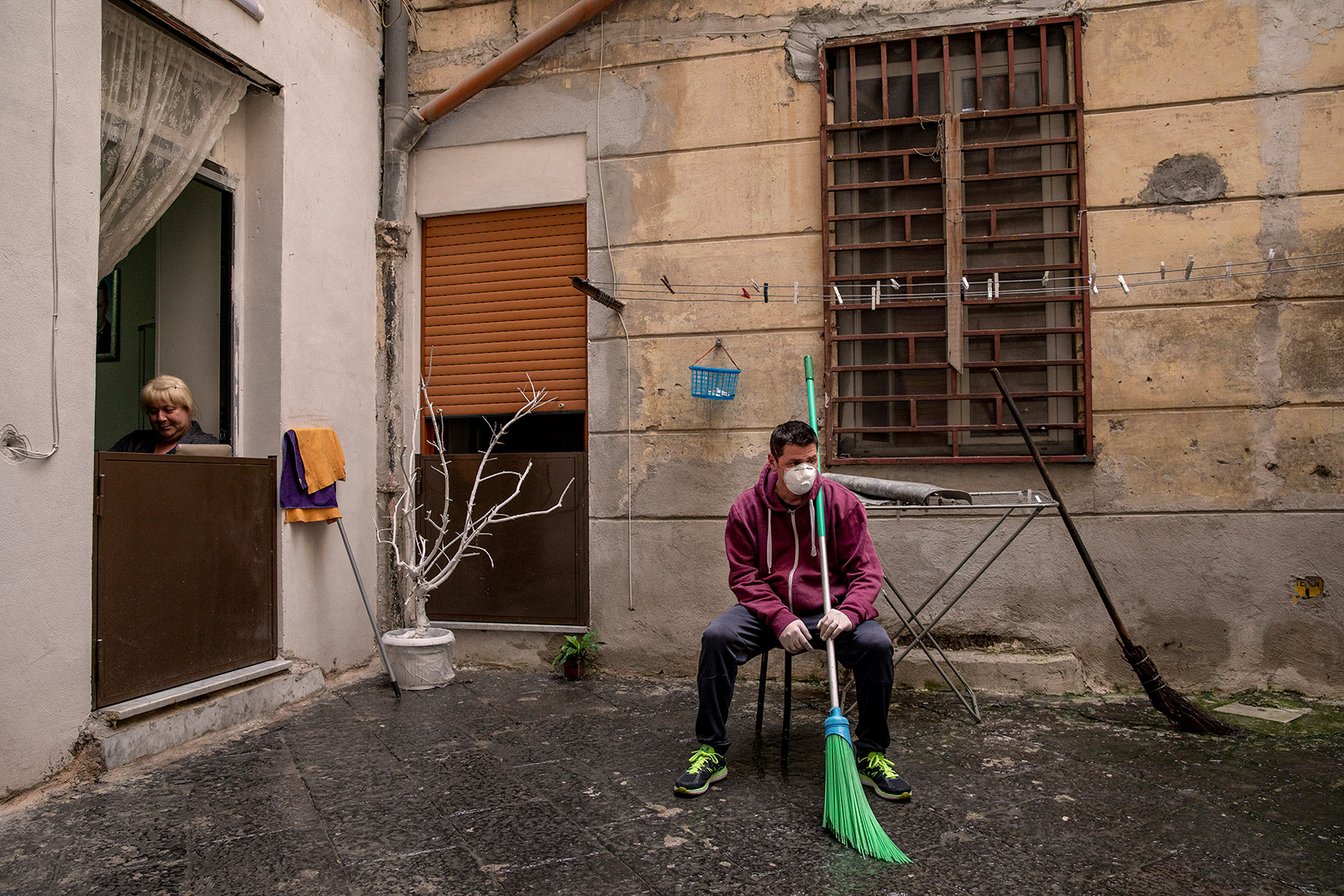 A woman and a man rest after disinfecting a building’s courtyard in Naples. 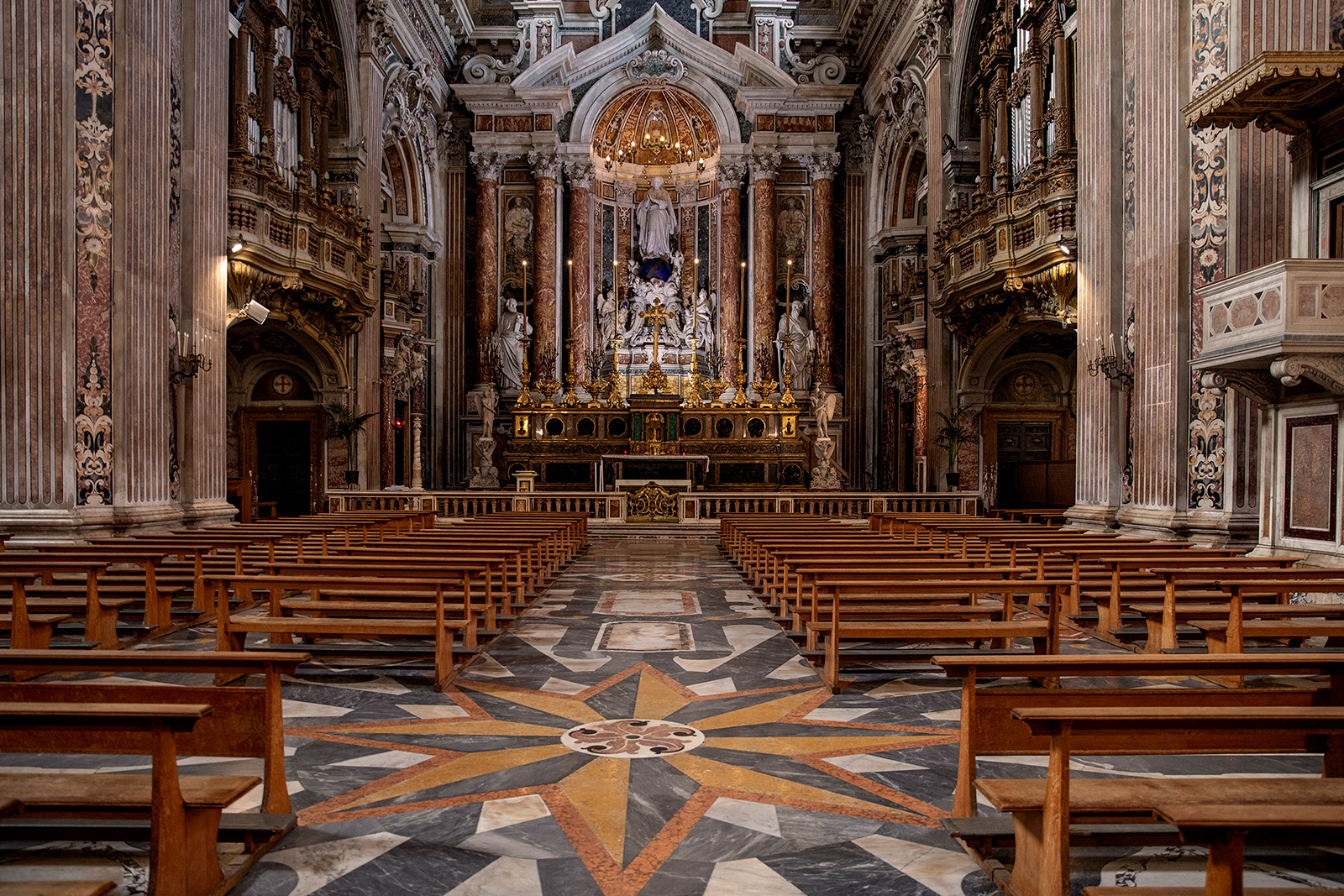 The Gesù Nuovo church is empty in Naples on March 12.

Throughout Paduano’s work, there’s a common theme: the masks that cover everyone’s faces.

While these face masks help to protect us from one another, they can, at times, feel like more than just a physical barrier.

“Expressive communication has now disappeared due to the masks that everybody wears,” Paduano said. “The only point of reference is now the eyes.” 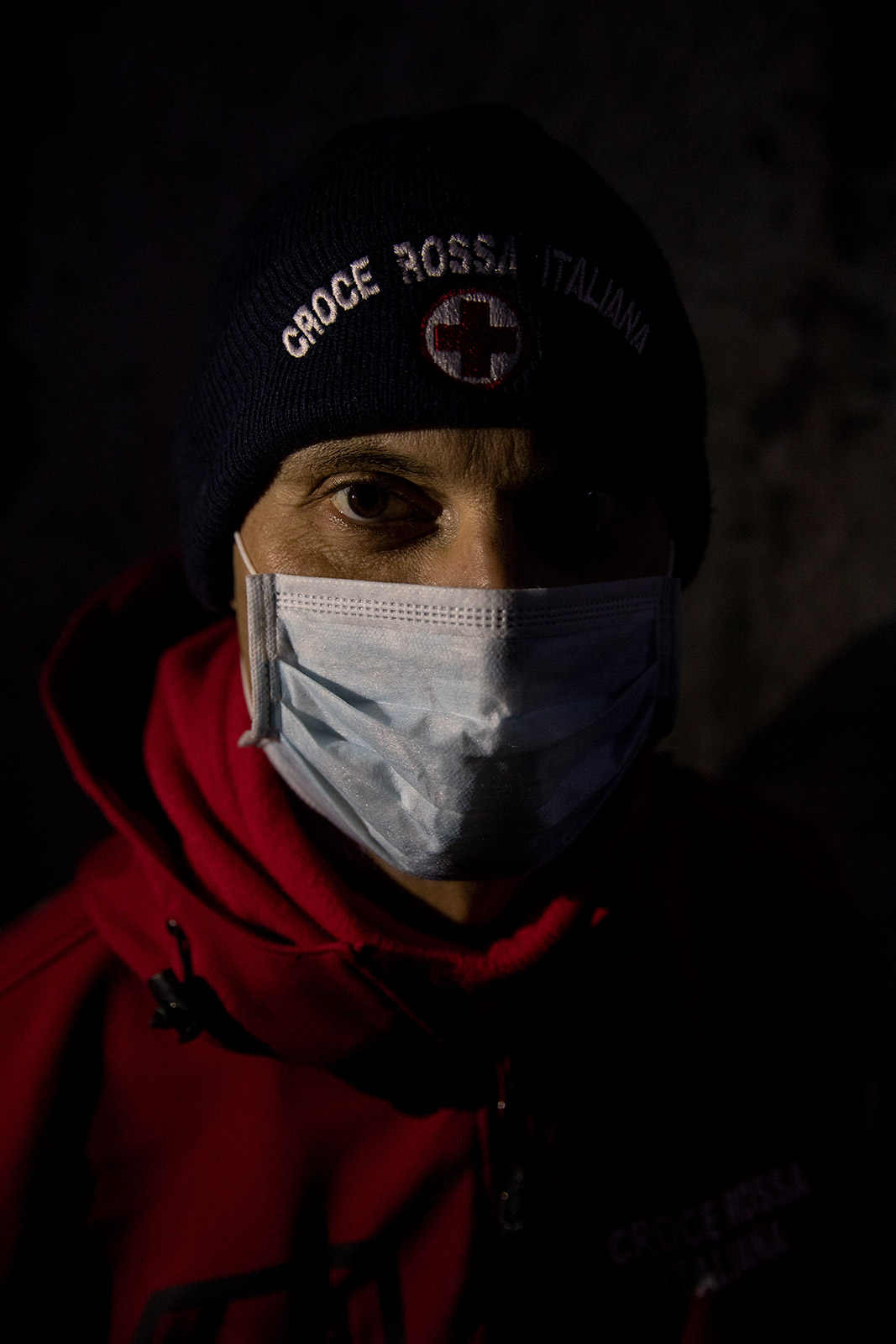 This Italian Red Cross worker, Alessio, has been a volunteer for about six years. 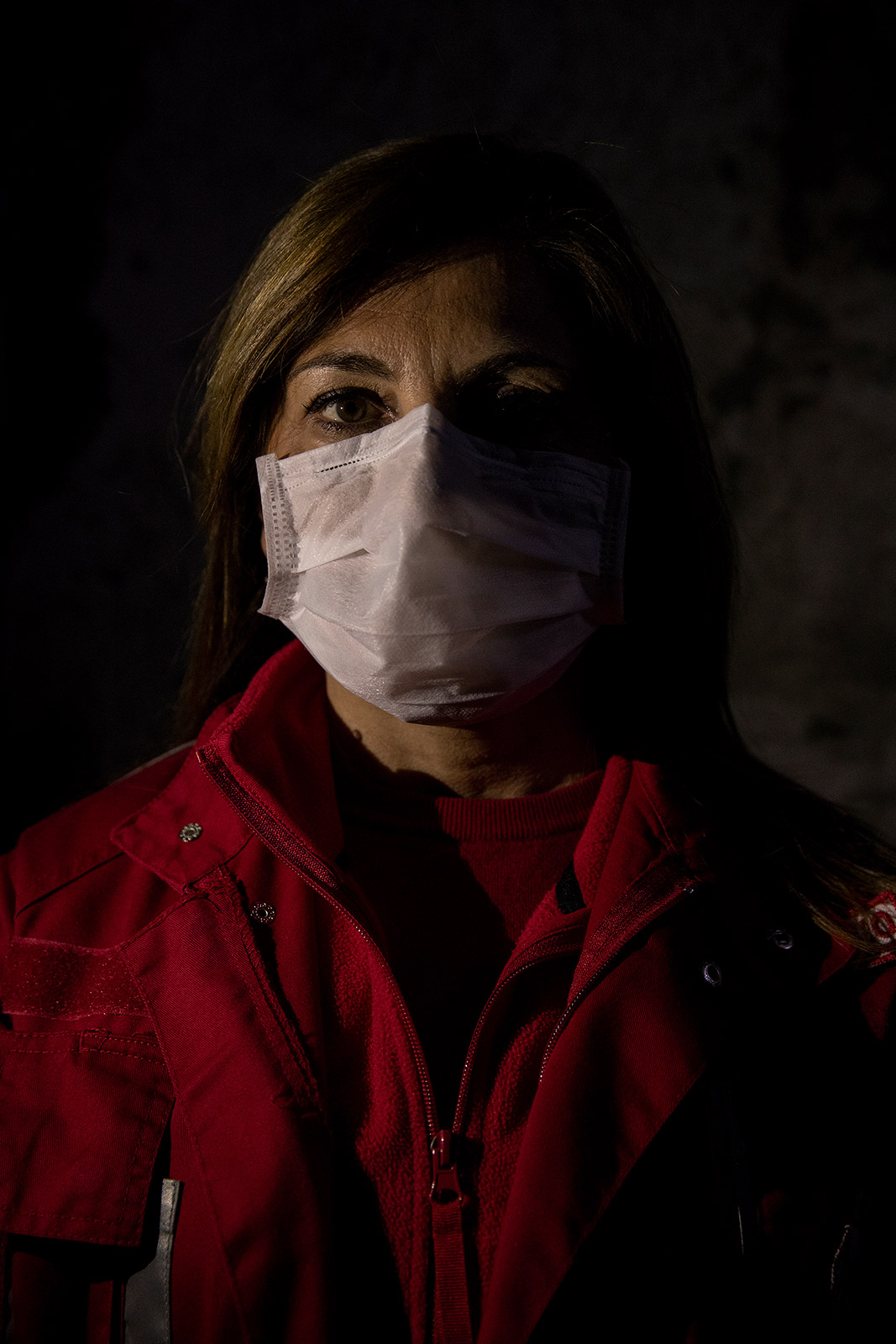 Emilia has been a Red Cross volunteer for two years.

Still, Paduano has also witnessed some of the best that humanity has to offer.

Such as the doctors and nurses who have been working around the clock and risking their own health to care for others.

“I have many friends who work in hospitals and have been engaged for a month in the battle against this damned virus,” said Paduano, who spent some time inside a hospital caring for coronavirus patients. “For the safety of their families, some went to live alone, away from wives and children. My admiration goes to them.” 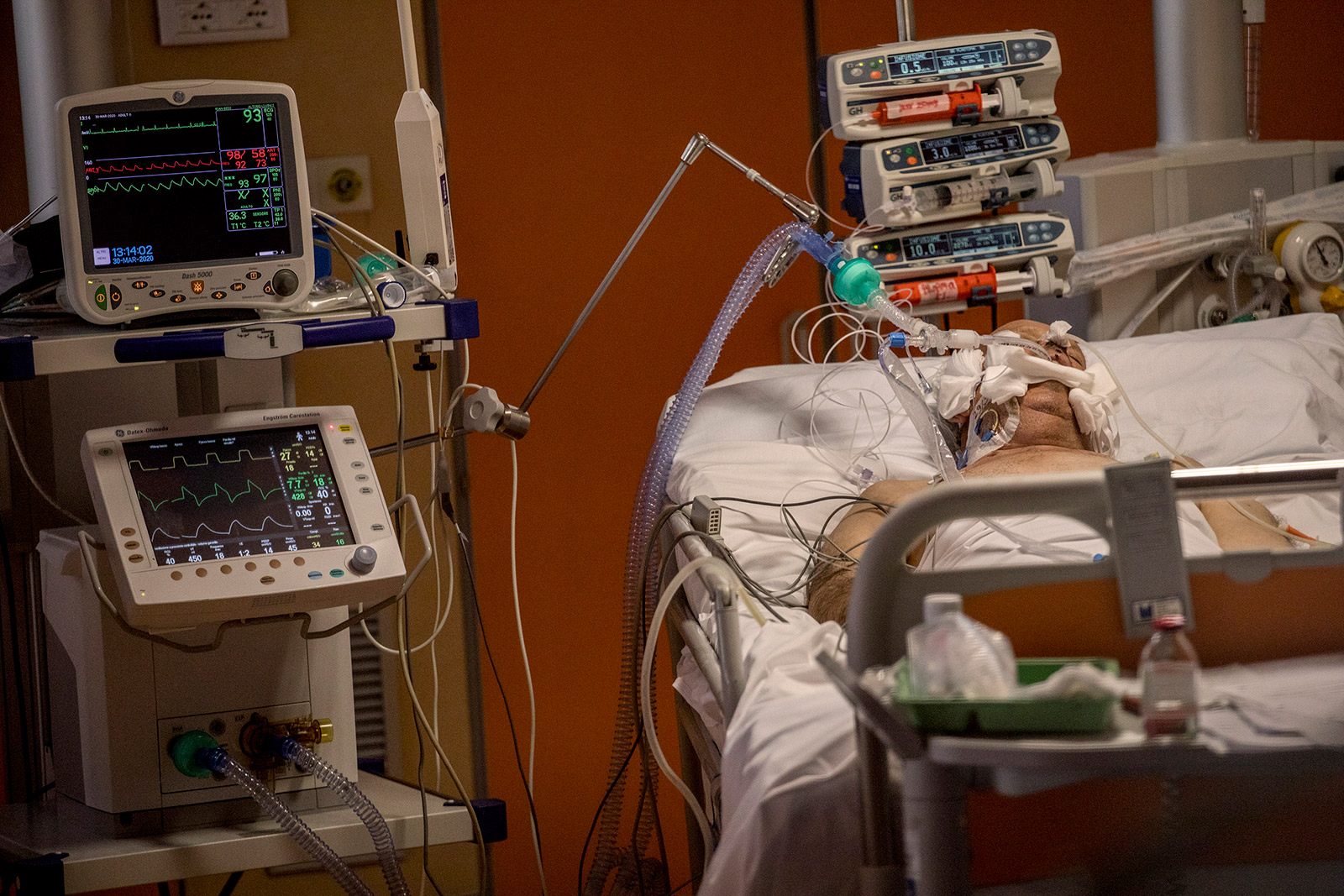 A coronavirus patient is seen inside an intensive care unit on March 30. 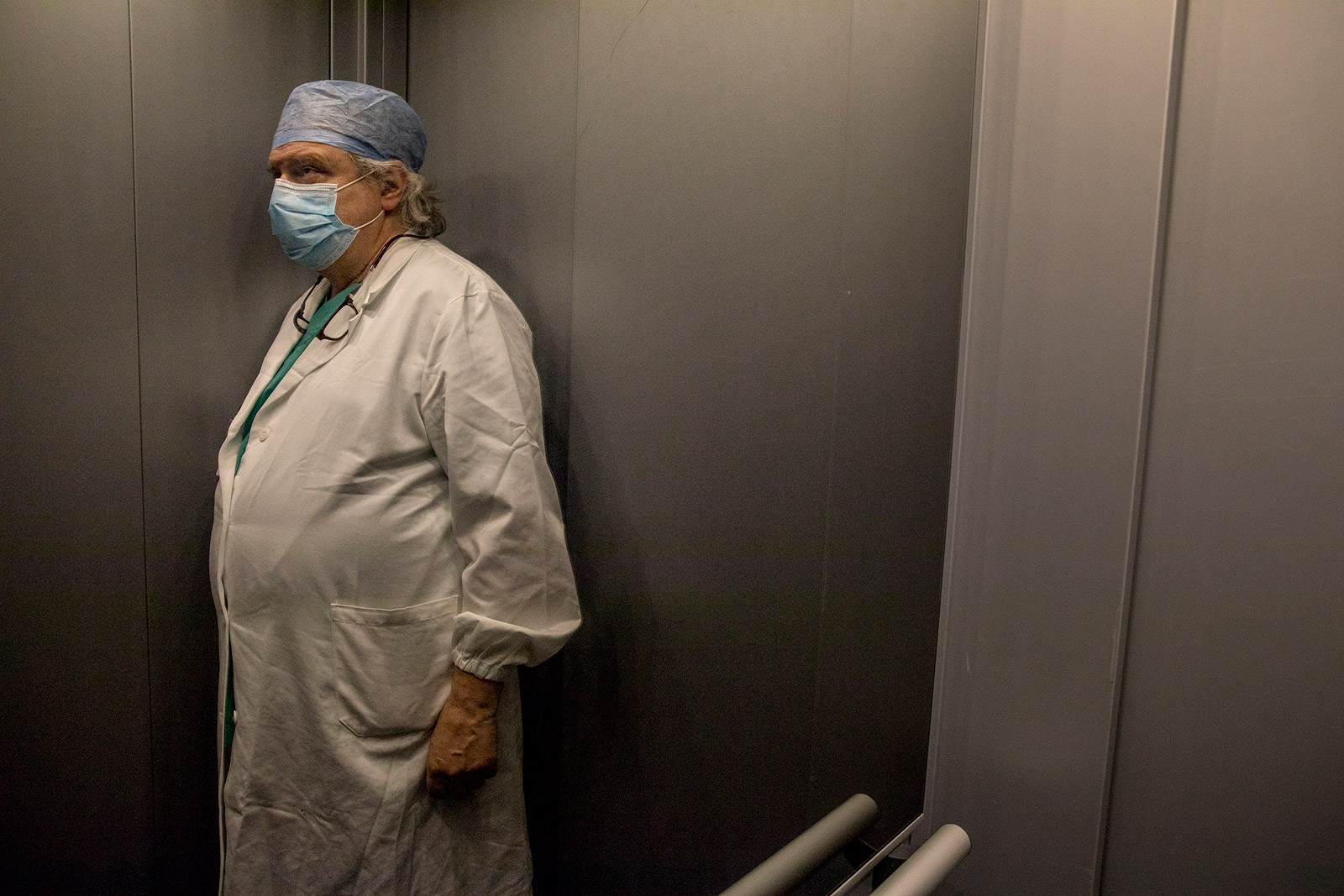 Antonino Marchese is health director of a Rome hospital that has been caring for coronavirus patients.

This past week, Paduano tagged along with Red Cross workers as they reached out to help the homeless and the elderly.

These volunteers delivered material goods to the people who needed them, but Paduano was more struck by the manner in which they did it.

“They always try to use words of moral support and encouragement toward those who suffer,” he said. 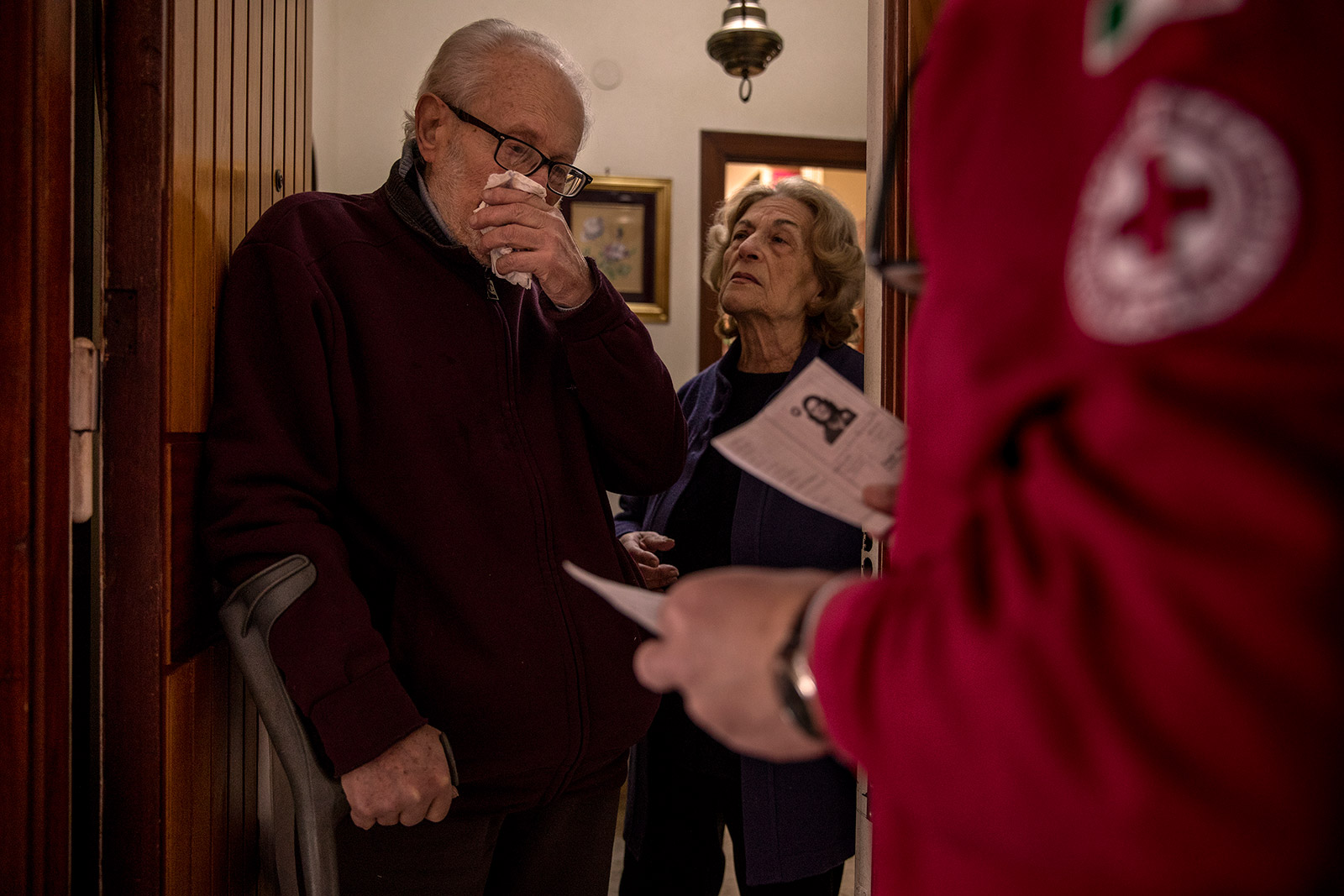 Vittorio, 84, becomes emotional as a Red Cross volunteer delivers his medicine on April 2. Both Vittorio and his wife, Annmaria, have been unable to leave their home because of the pandemic, so volunteers visit them weekly to bring medication. 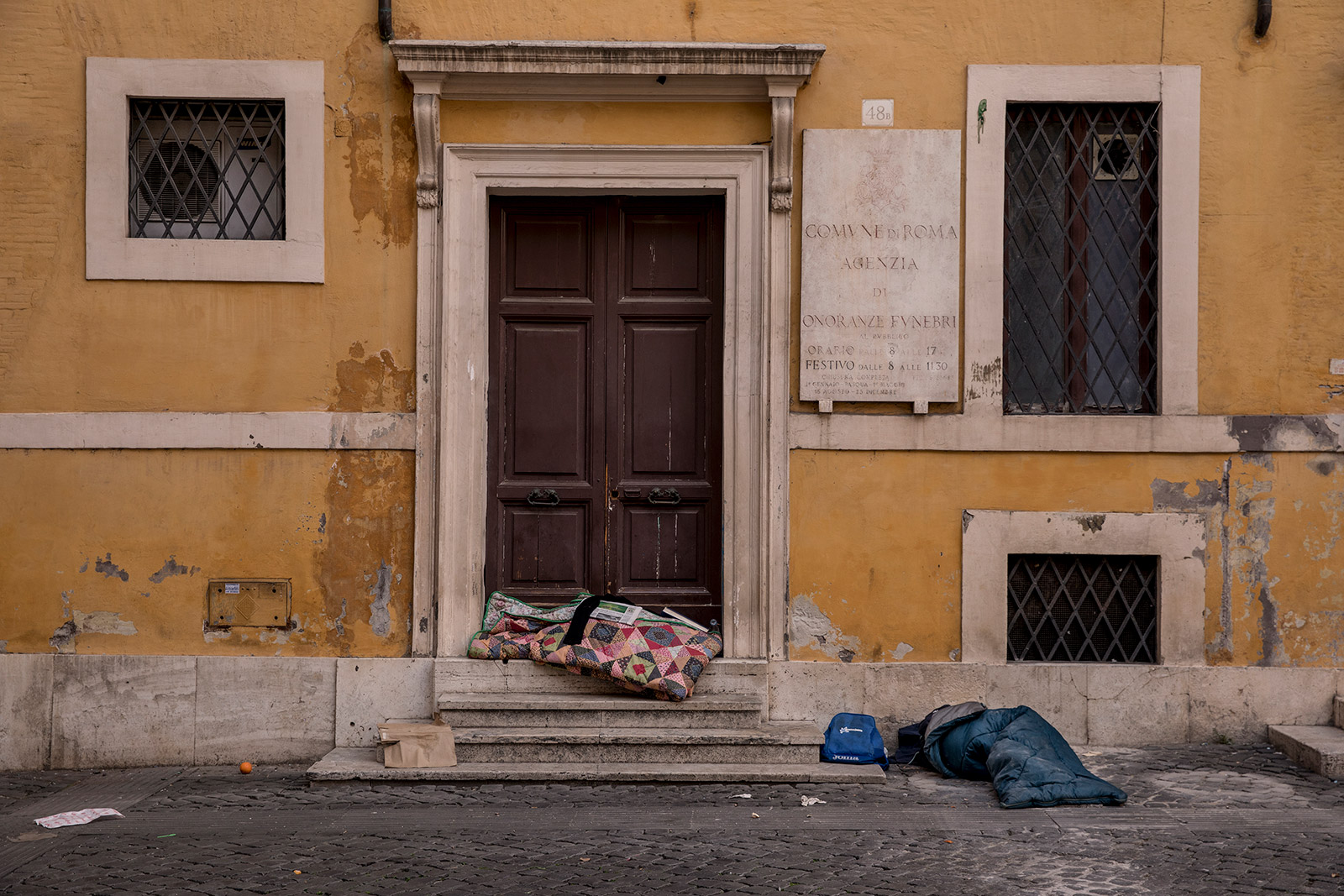 Homeless rest in the center of Rome on March 30.

During this crisis, Paduano has tried to embed himself in every facet of Italian life.

In addition to doctors, nurses and Red Cross volunteers, he’s also followed funeral workers who have been working overtime to deal with the crush of new bodies. He’s paid his respects while priests hold makeshift funeral services outside of people’s homes.

“I never imagined I would experience such a situation and photograph it,” he said. “It is a very frustrating moment. We are fighting an enemy we know very little about.” 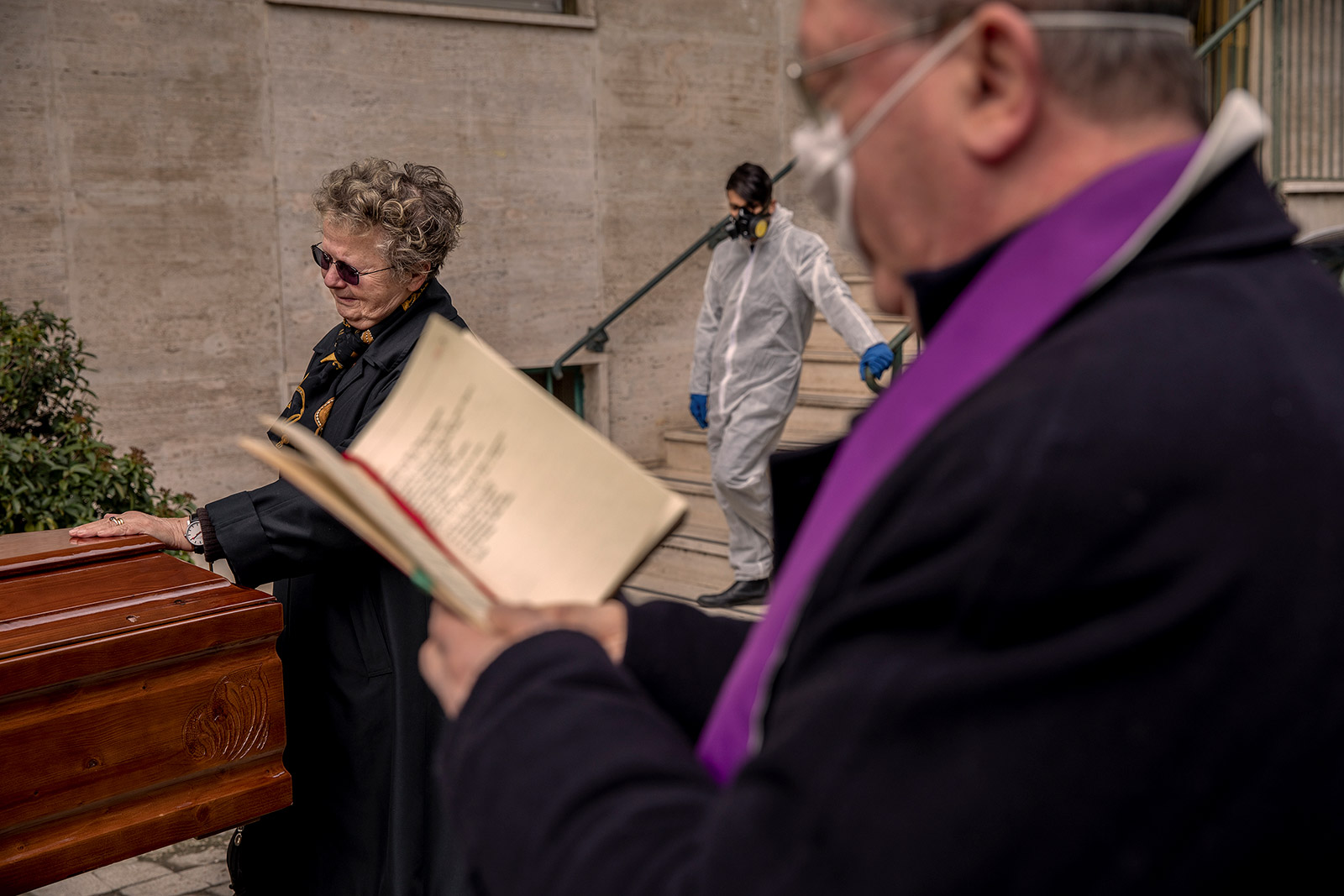 A priest blesses a coffin inside a building’s courtyard in Naples on March 27. Some funeral services have had to take place inside or outside people’s homes. 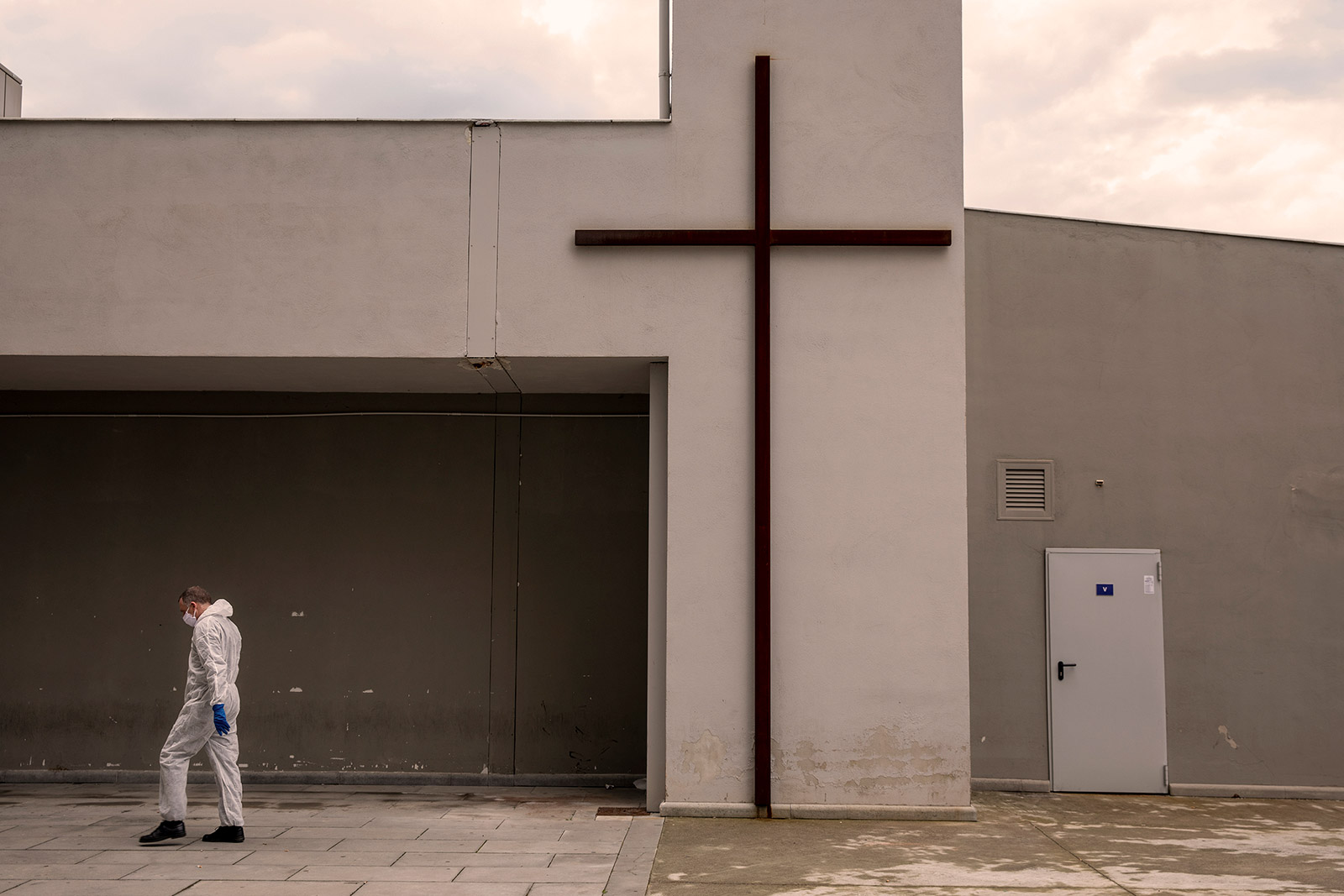 A man wearing a protective suit arrives at a Naples hospital to recover the body of a coronavirus victim on March 28.

He tries to take as many precautions as he can when he goes out to take photos. He always wears gloves and a mask, and he carries disinfectant gel.

“I try to never touch anything in the places where I go to shoot,” he said. “If I happen to work in places where I know there is a risk of being able to come into contact with the virus, I wear a protective suit.”

When he returns home every day, he has a routine. He sprays disinfectant on all his shoes and his equipment before entering.

“Of course, there’s never the absolute certainty of being safe 100%,” he said. 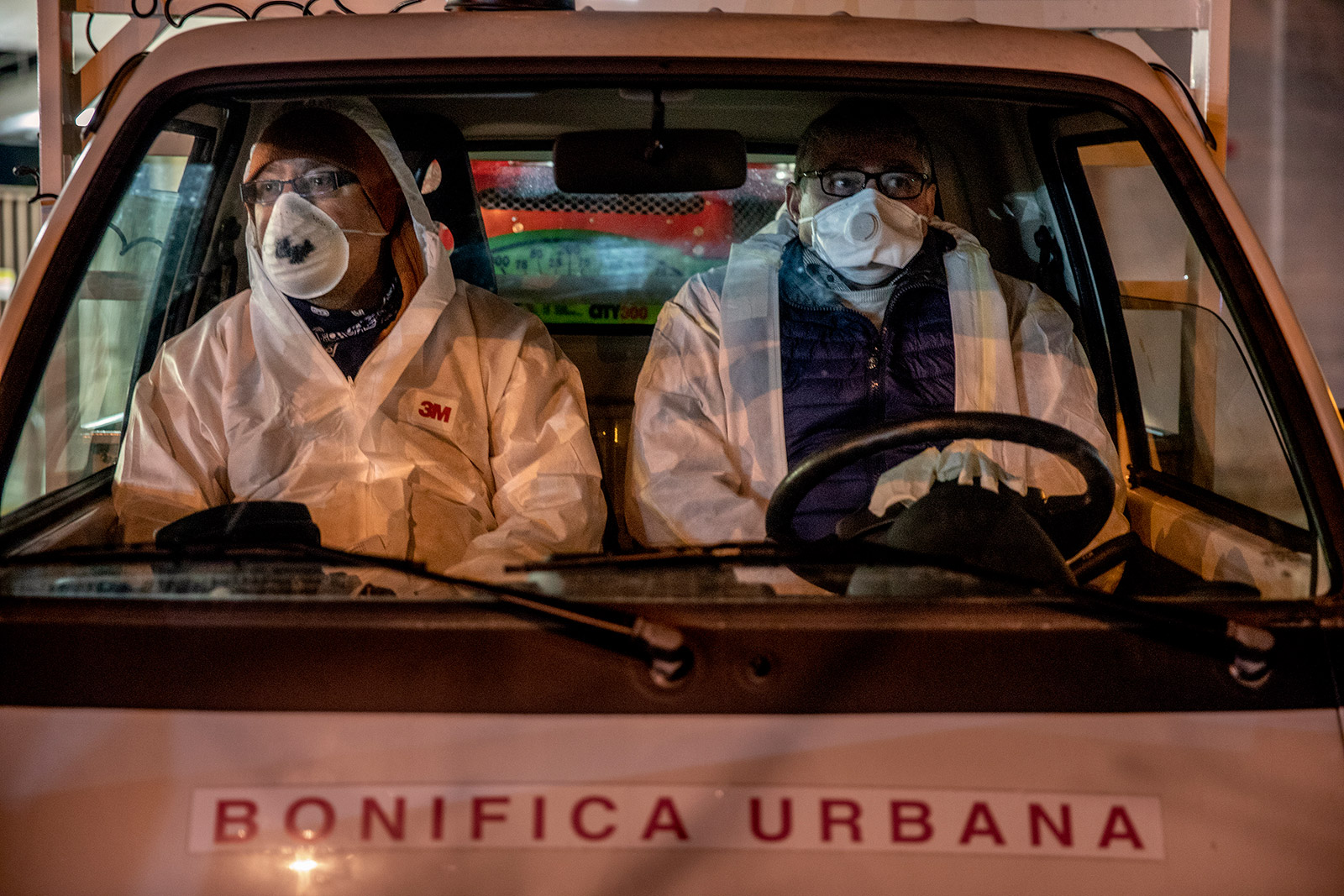 Road sanitation workers are seen in Naples on March 12. 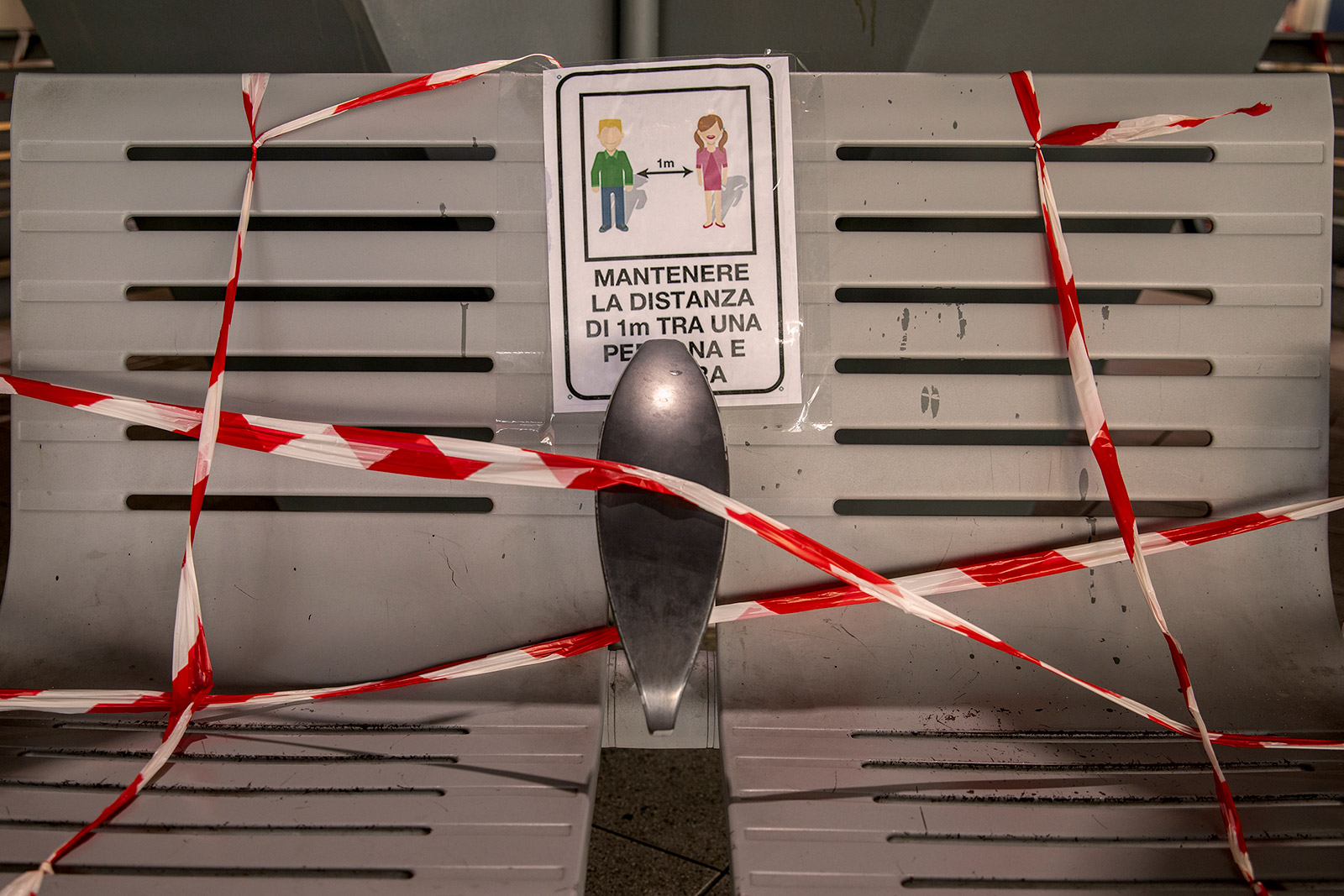 A sign advises people to maintain a distance of at least 1 meter (3.28 feet).

He says this experience has changed his life forever and given him a new perspective.

“We often complain about our lives despite the fact that they are very comfortable,” he said.

The ordeal has taught him to appreciate the little things that we often take for granted.

“I also hope that this unpleasant situation we are experiencing will serve those who have never been able to understand the suffering of others.” 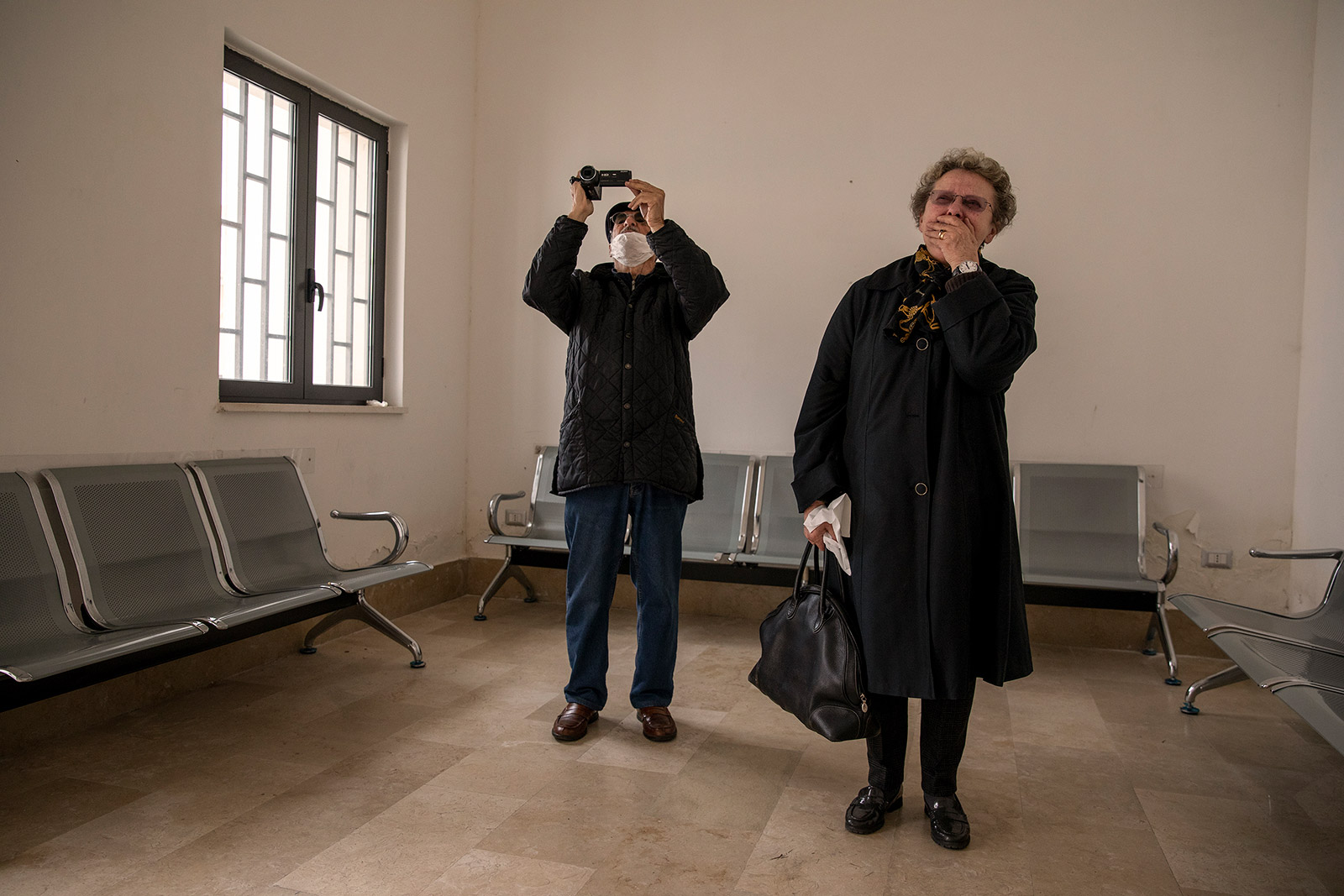 Giorgio and Elisabetta have to watch a relative’s cremation through a video monitor in Naples on March 27. 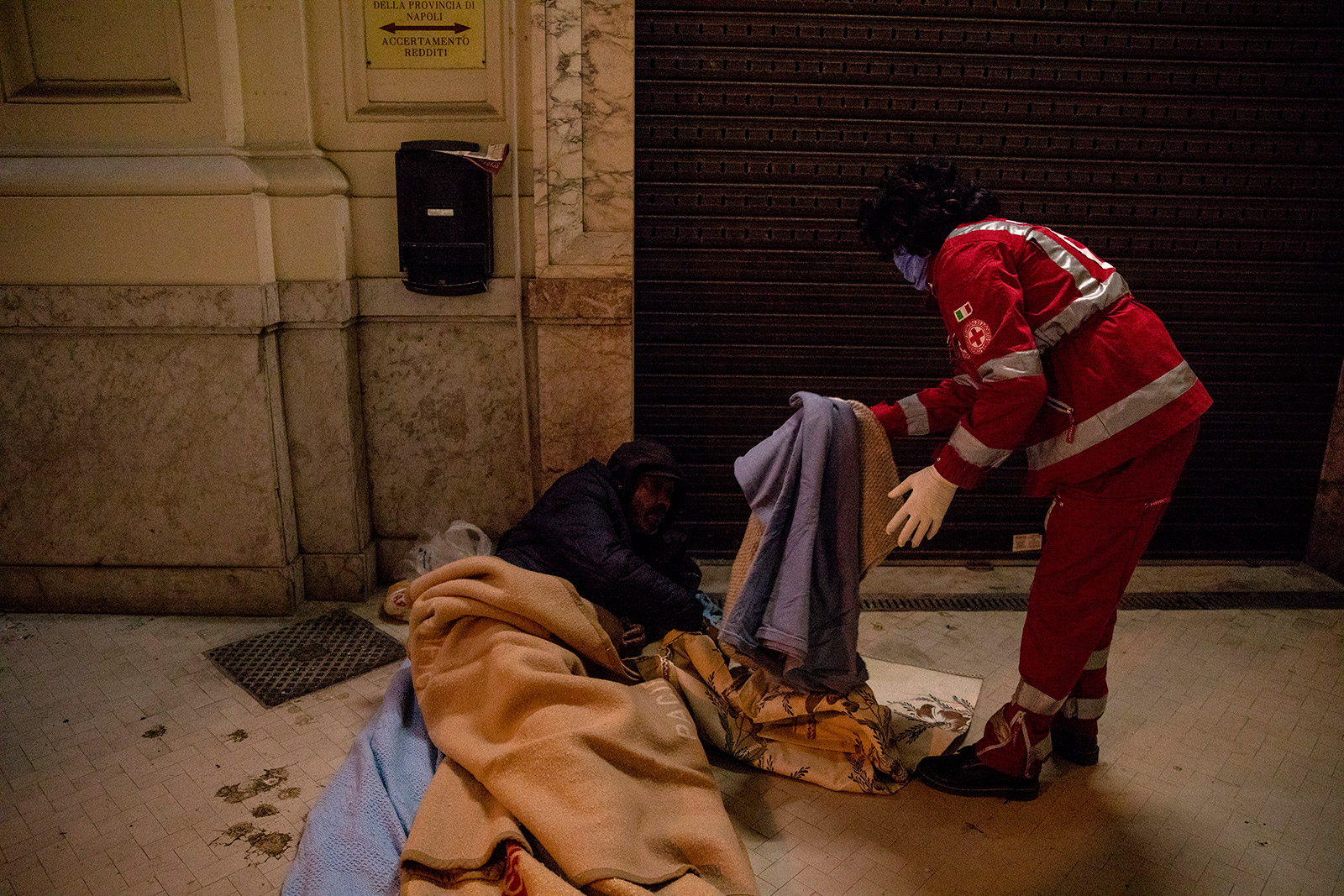 A volunteer from the Italian Red Cross gives a blanket to a homeless person in Naples on April 2.