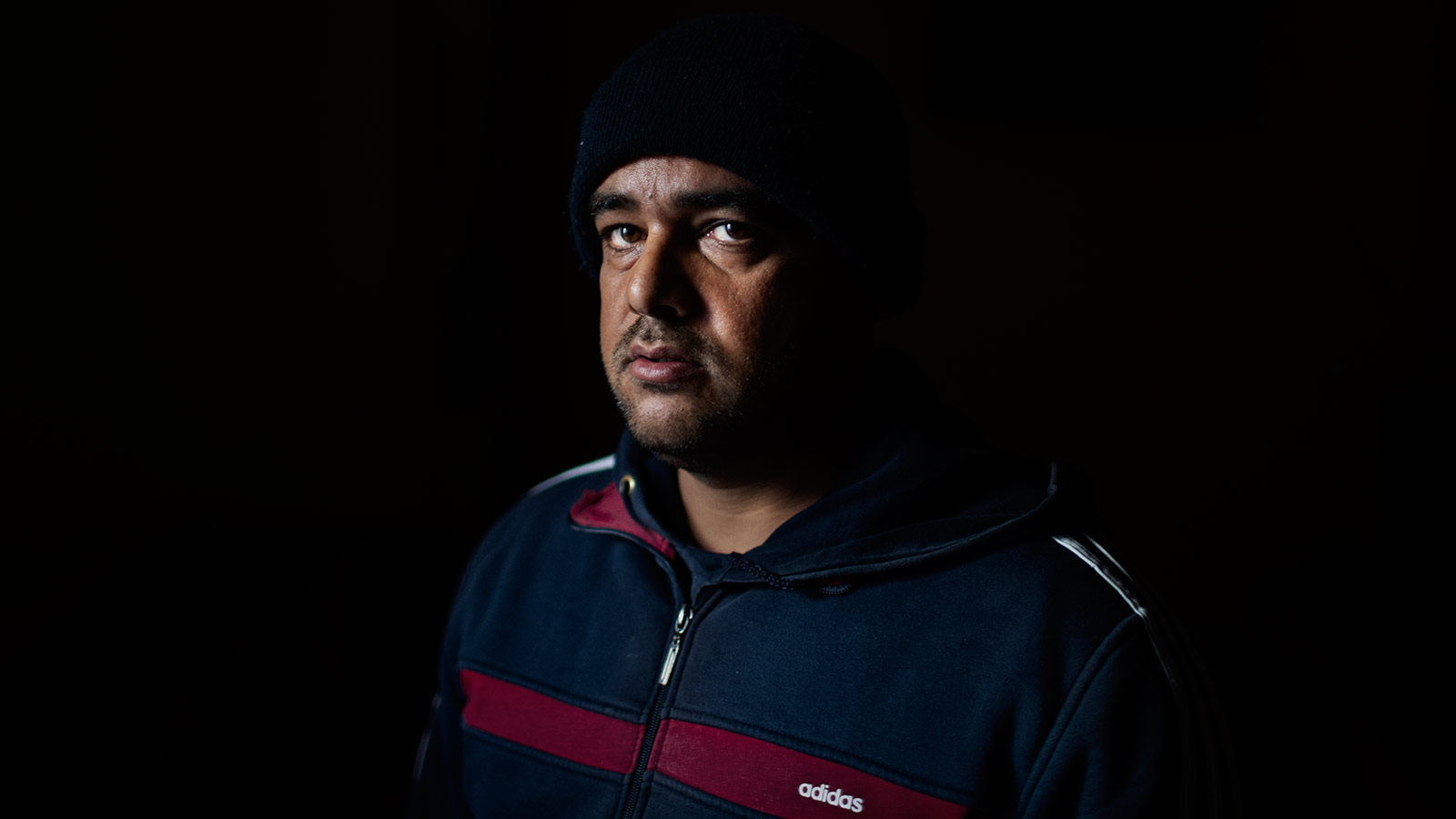 “It sounded like an explosion,” said Mohammed Khaja, 37, a neighbor of the brother and sister killed in a recent roof collapse. “We spent hours trying to dig them out of the rubble. By the time we found them, they were already dead.”

Portraits from a city on the brink of collapse

“It sounded like an explosion,” said Mohammed Khaja, 37, a neighbor of the brother and sister killed in a recent roof collapse. “We spent hours trying to dig them out of the rubble. By the time we found them, they were already dead.”

Tripoli, Lebanon — The city’s streets are peppered with medieval souks. High above, perched on a hilltop, a fortress named for a Crusader commander looms. In the markets below, some pitched under Ottoman-era arches, vendors sell the widest selection of crafts and traditional goods in the country.

Despite the bustling streets, most Tripoli shopkeepers don’t make more than a few dollars a day. The river that cuts through Lebanon’s largest northern city is caked with garbage. Children, their faces smudged with dirt, make up a considerable part of the workforce. Signs of poverty are rampant.

In recent weeks, the situation facing the city’s residents has become more severe. Since October 17, Lebanon has been in the throes of a financial and political crisis that has toppled the government of Prime Minister Saad al-Hariri and paralysed the country’s economy. 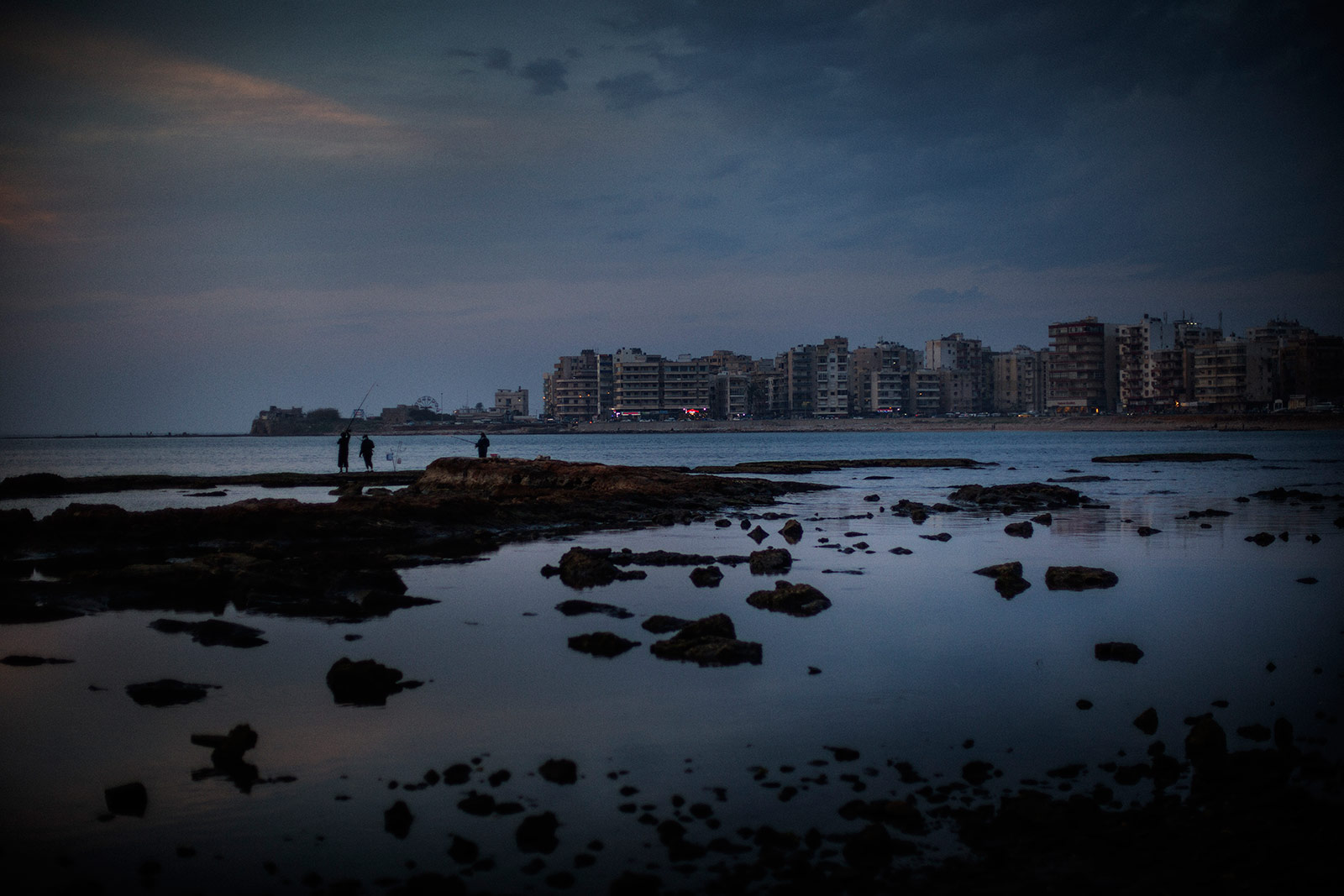 The ancient port city of Tripoli has been beset by protests fuelled by a growing economic and political crisis.

Fearing a run on deposits and because of increased pressure on the country’s currency, banks imposed informal capital controls in November. The move induced a severe liquidity crunch which prompted mass layoffs, wage cuts and price rises. The World Bank predicts that one in two people in Lebanon could soon slip under the poverty line.

In Tripoli, the crisis is more acute. The United Nations considers it the most impoverished city on the Mediterranean coast. Social workers who spoke to CNN said they believe the number of people in poverty has risen considerably in recent months. Up to 2,000 people pour into soup kitchens every night from across the city. Many said they rely on the sense of community — people here depend on one another to survive.

But that community has been in shock since the deaths last week of a brother and sister who were crushed in a building collapse. The tragedy highlights what residents in the city describe as gross negligence by officials. 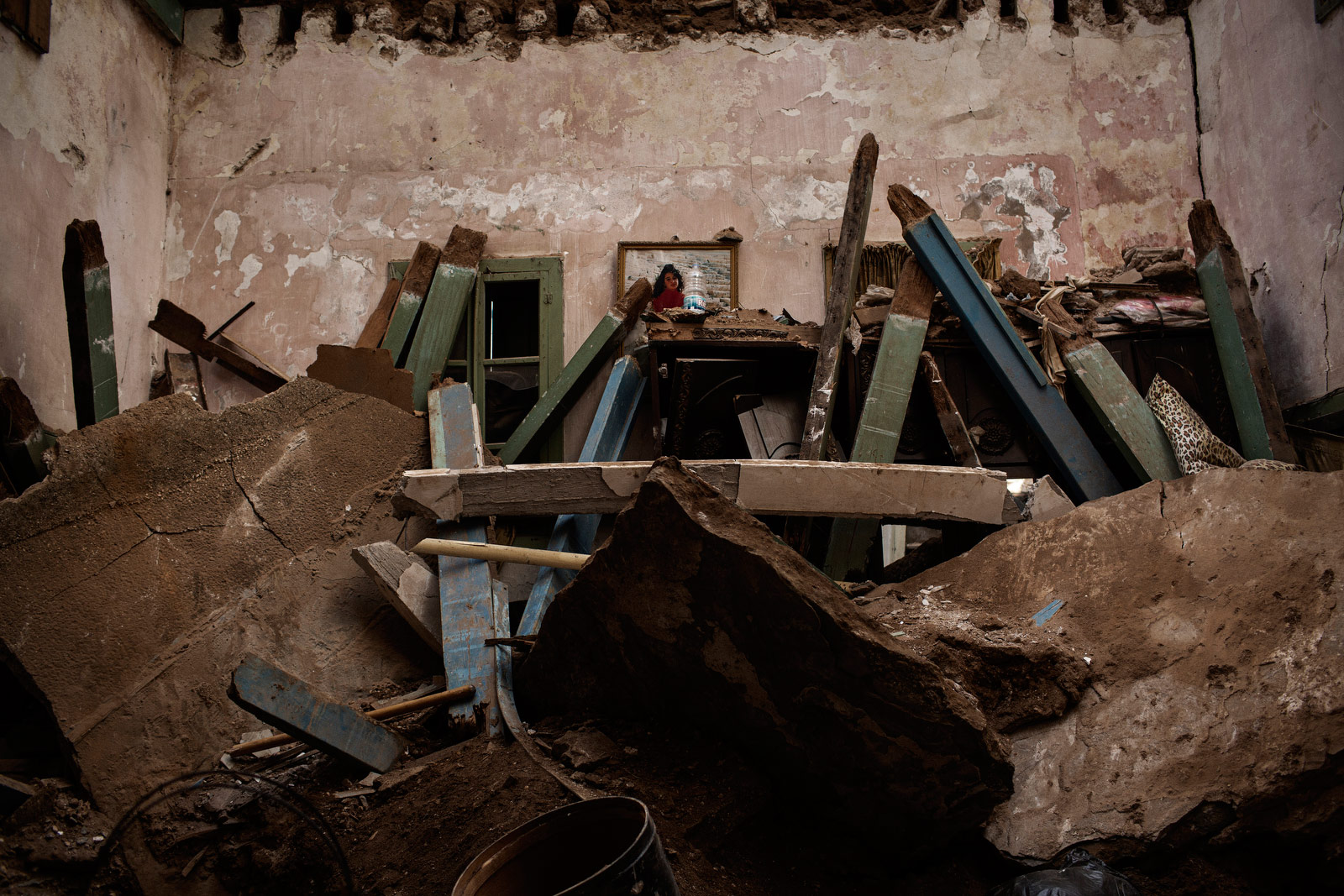 The roof of this room collapsed, killing two siblings.

Rama and Abdel Rahman Kakhia, who were in their early 20s and living in an over-crowded single room with members of their extended family, died when the roof collapsed through their bedroom ceiling. Family and neighbors told CNN they repeatedly asked the local authorities to repair their homes. They say their requests were largely ignored. CNN tried to reach local officials by phone.

The day after the Kakhia sibling’s deaths, protesters stormed the area’s municipal building, forcing officials to step down. The resignations were a victory for protesters, but inhabitants must still rehabilitate their own often crumbling homes.

This desperation has fueled protests in the city that has become known as the “bride of the revolution” as thousands cram into the city’s al-Nour square on a nearly nightly basis to call for the downfall of the country’s political class. Scores of people CNN spoke to said they felt abandoned by their political representatives. 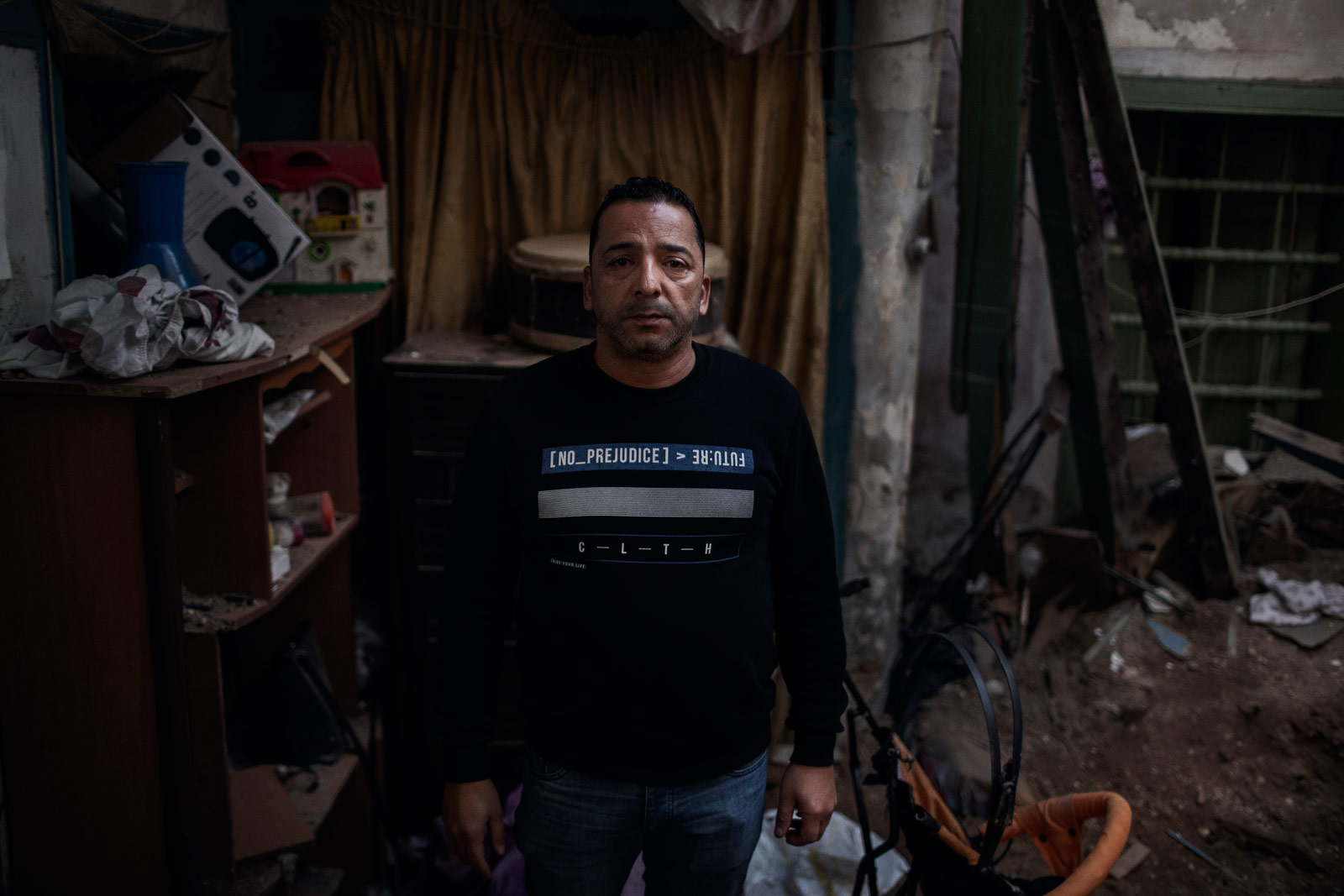 “We complained several times about the roof and no one helped us. We worked so hard to raise those kids for 19 years,” said Ahmad Kakhia, 45, uncle of the Kakhia siblings. “I’m traumatized. I’m barely functional.” 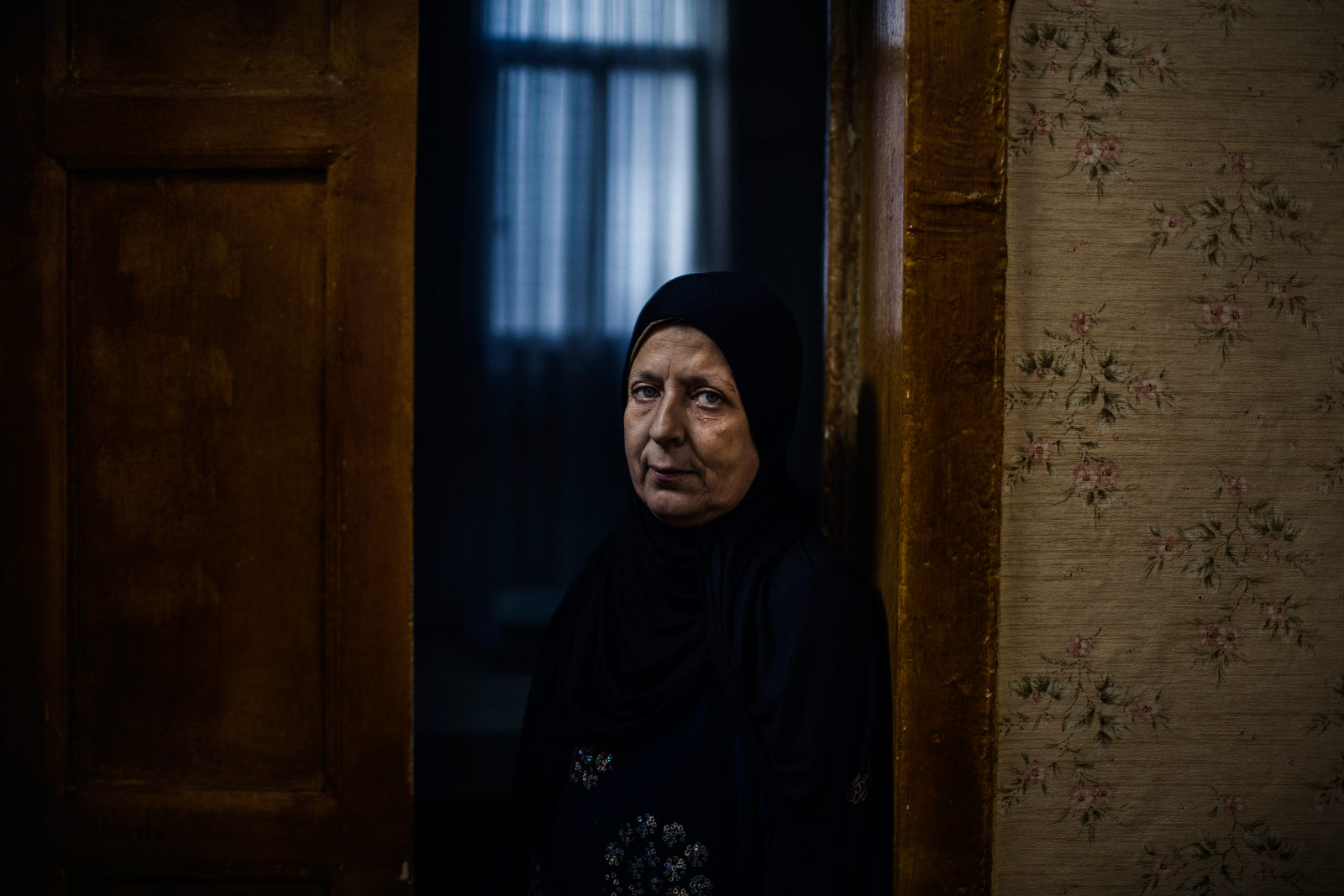 Sahar Khaja, 58, lives in an apartment where parts of the ceiling are coming apart. More than a dozen members of her family live in her small three-room dwelling. Her nephew, Mohammed Khaja, recently moved in with his family, after the ceiling collapsed in the apartment of his building neighbors. 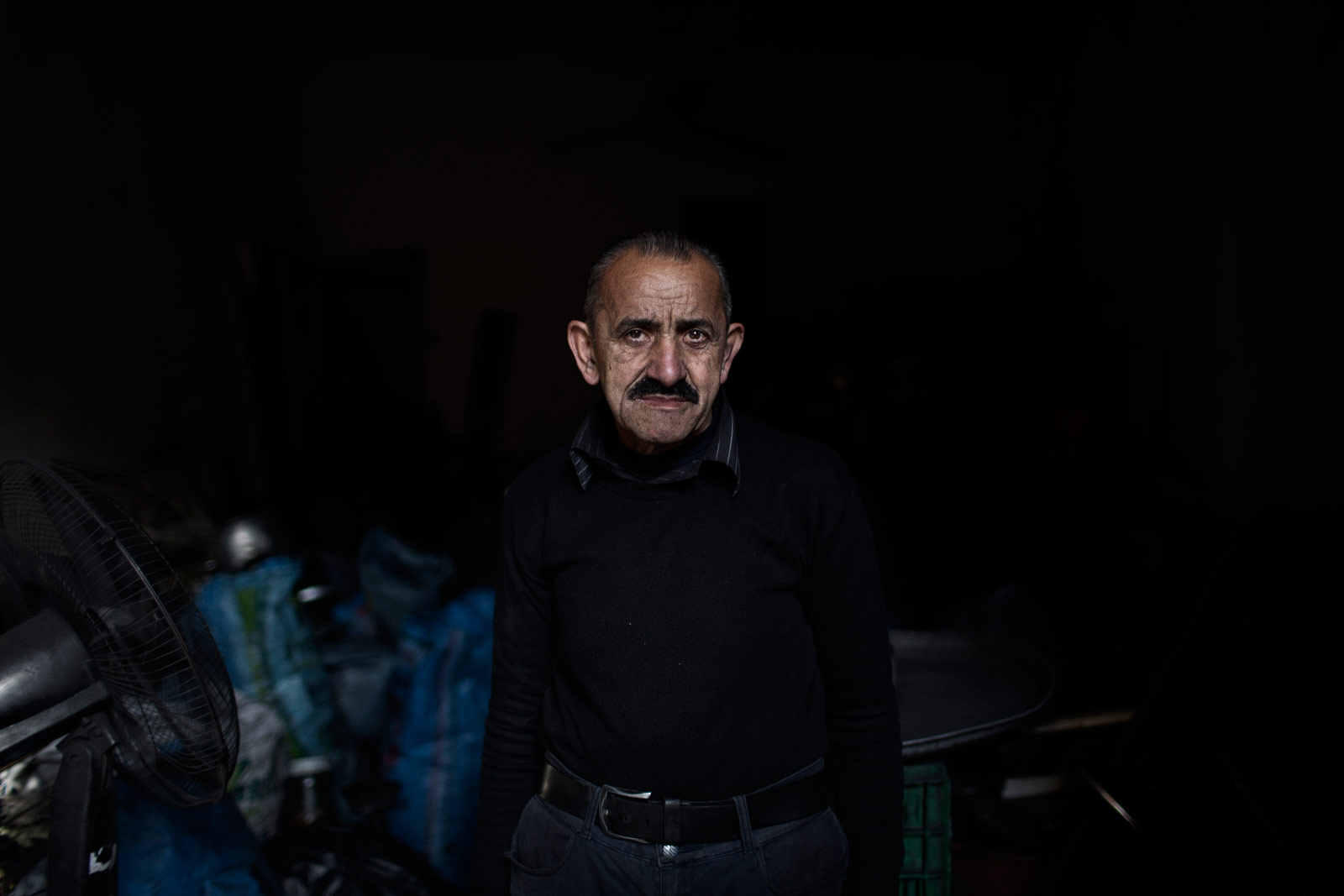 “I start work at 7 a.m. and I don’t leave until around midnight, and I barely make enough money to pay rent,” said Abdel Kader Mohammed, who sells coal as well as second-hand goods, like teapots. “The market is weak. It’s always been bad, but it’s gotten worse.” 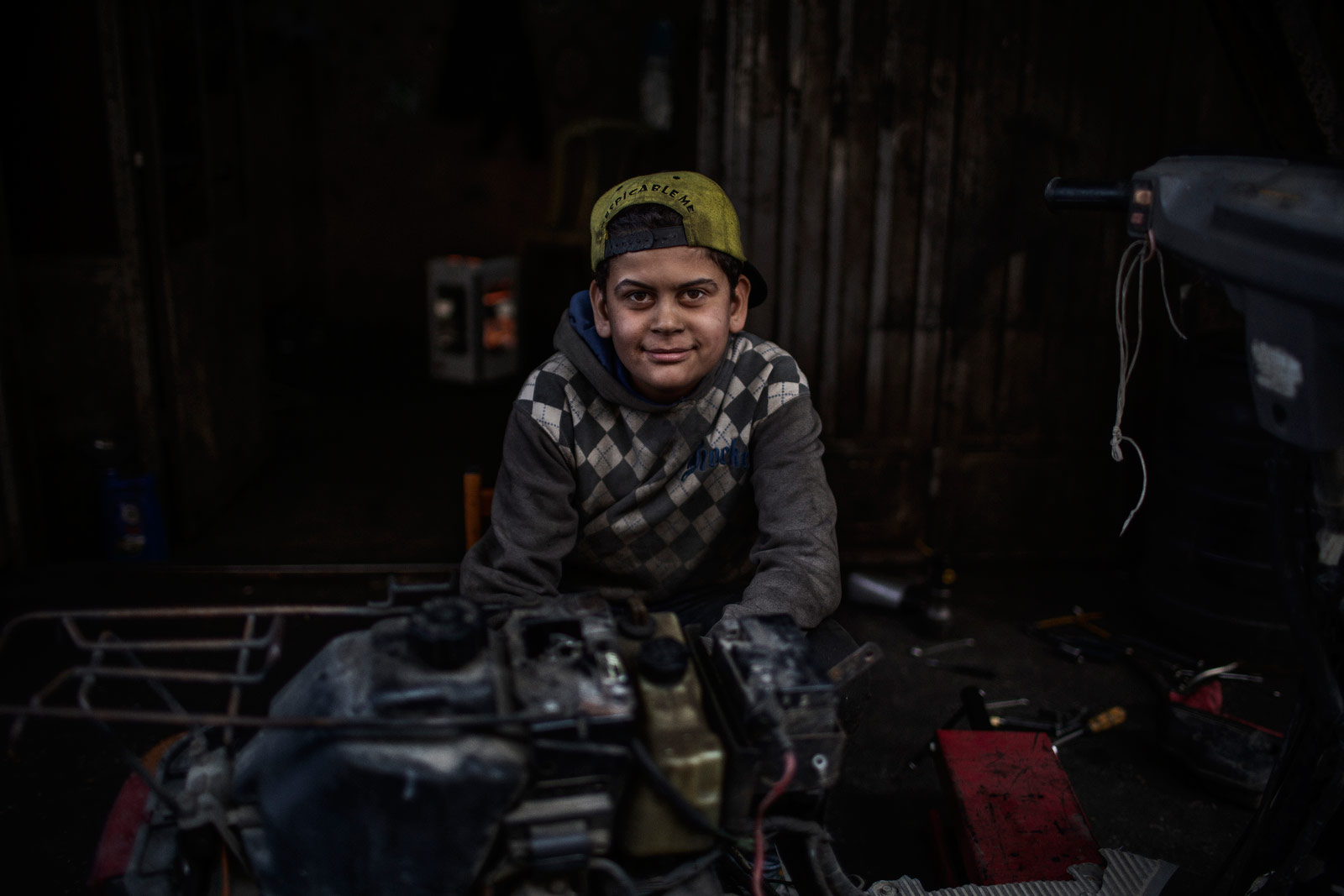 Abdel Hayy Ayoubi, 15, only went to school for two years. He and his brother dropped out to support their family. His father is a garbage collector who can barely make ends meet. These days, Ayoubi repairs motorcycles and earns around 55,000 LL (around $30) a week. “I’d like to go to school, but I’d also like to not go to school,” Ayoubi says with a chuckle. 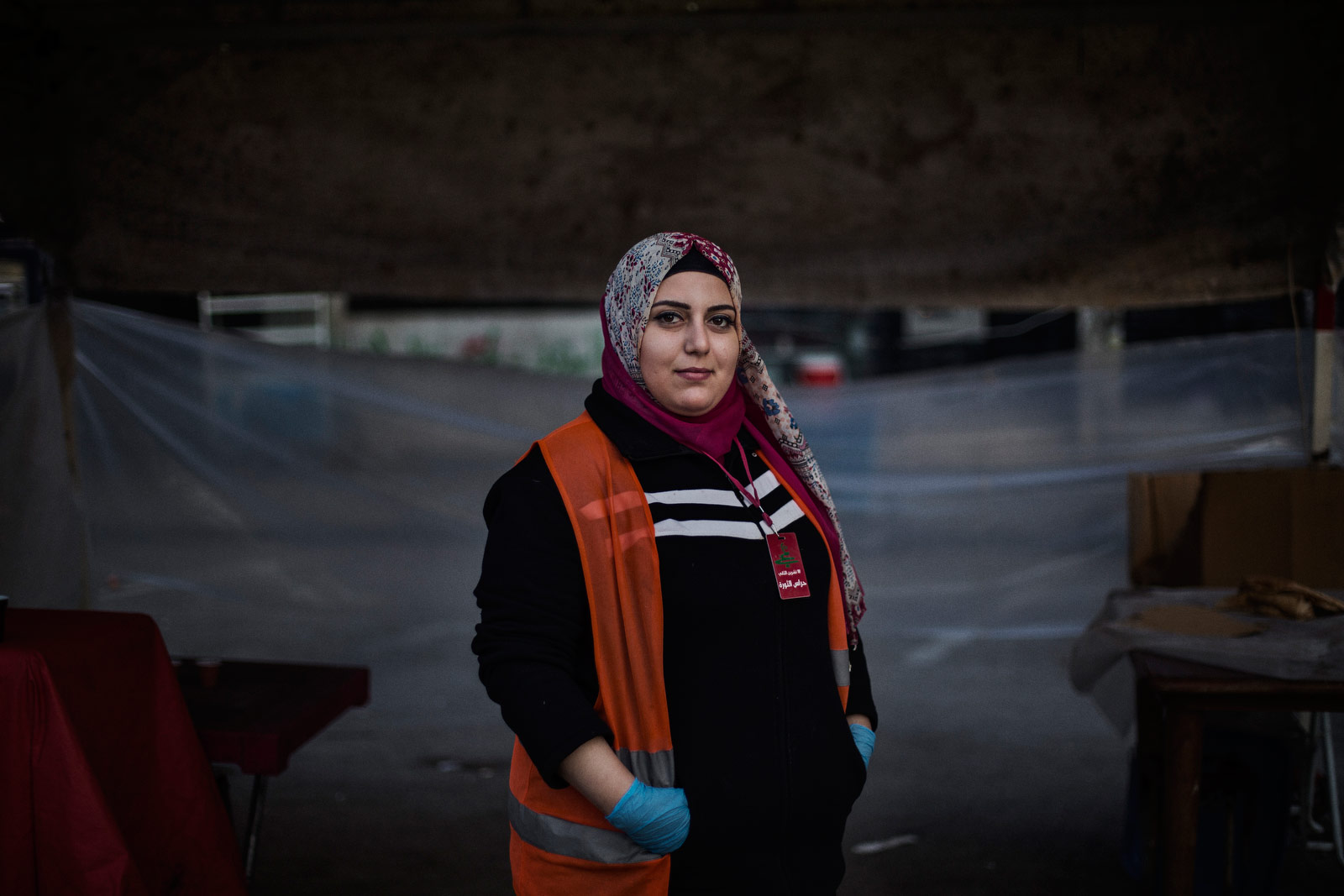 At al-Nour Square, the city’s main protest site, two soup kitchens have opened, serving up to 2,000 plates an evening. “I volunteered because I wanted to do something for the revolution,” says Dolly Halawani, the head chef at “Revolution Kitchen.” 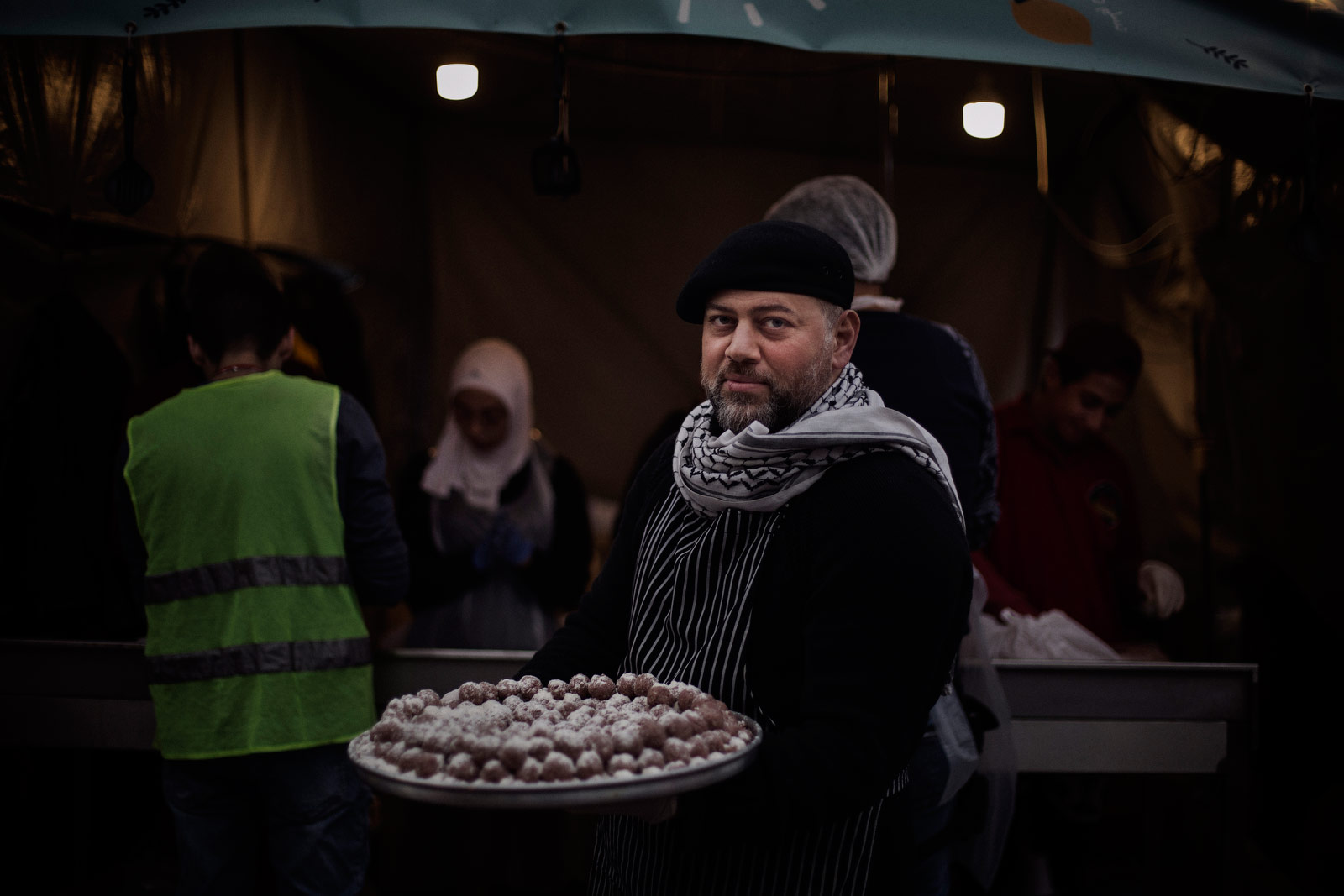 Dr. Samer Kassab heads the “Meals of Goodness” soup kitchen. He says he’s been rallying chefs around the country to help break a world record for the “biggest rice bowl.” They hope to produce this dish in time for the festive season, and spread cheer while feeding the country’s poor. “We’re doing our very best to help,” says Kassab. “But more will come for food. The crisis is only getting worse.” 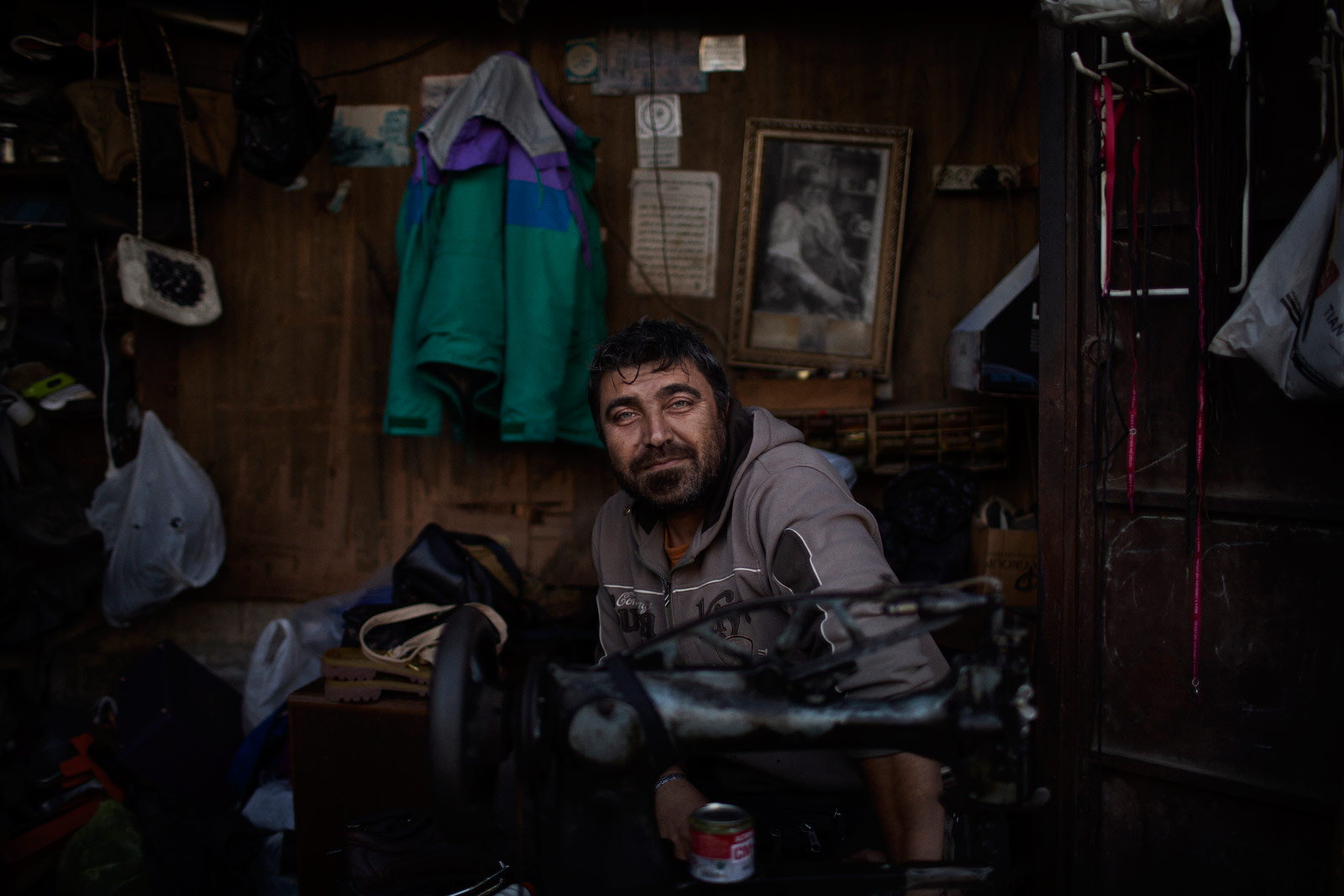 “None of our representatives care about us,” says Yahya Shamel, a cobbler in Tripoli’s old souk. “So we tell these politicians, with all due respect, that if you’re not up for fixing this mess, then let new people come in and take over.” 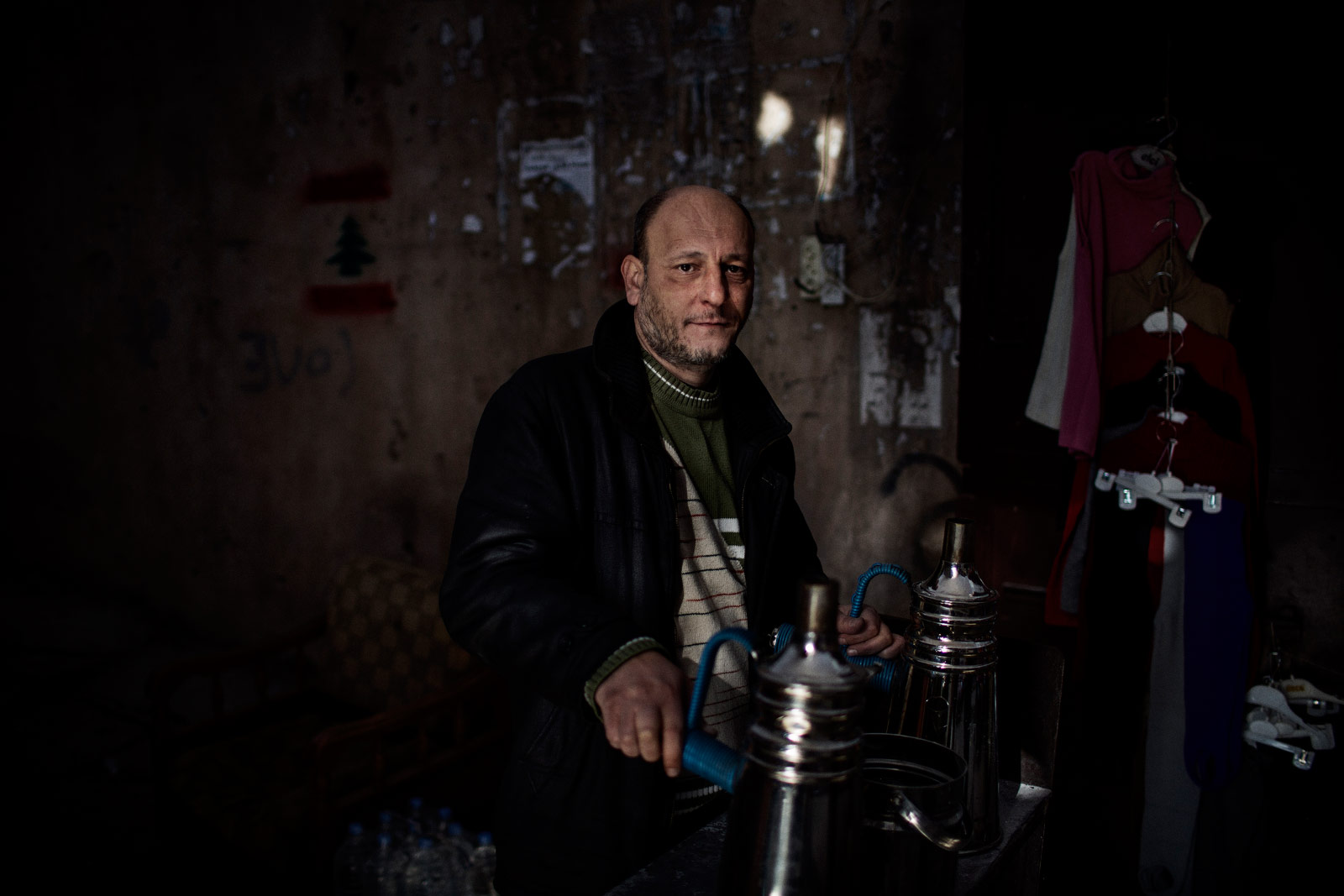 “Could (the economy) get worse than this?” says Khaled el-Muldi, a street coffeemaker. “All of these politicians need to go. New, good people need to come in.” But Muldi says the prospect of a new political class is a pipe dream. “If I’m honest, I have no hope,” says Muldi. 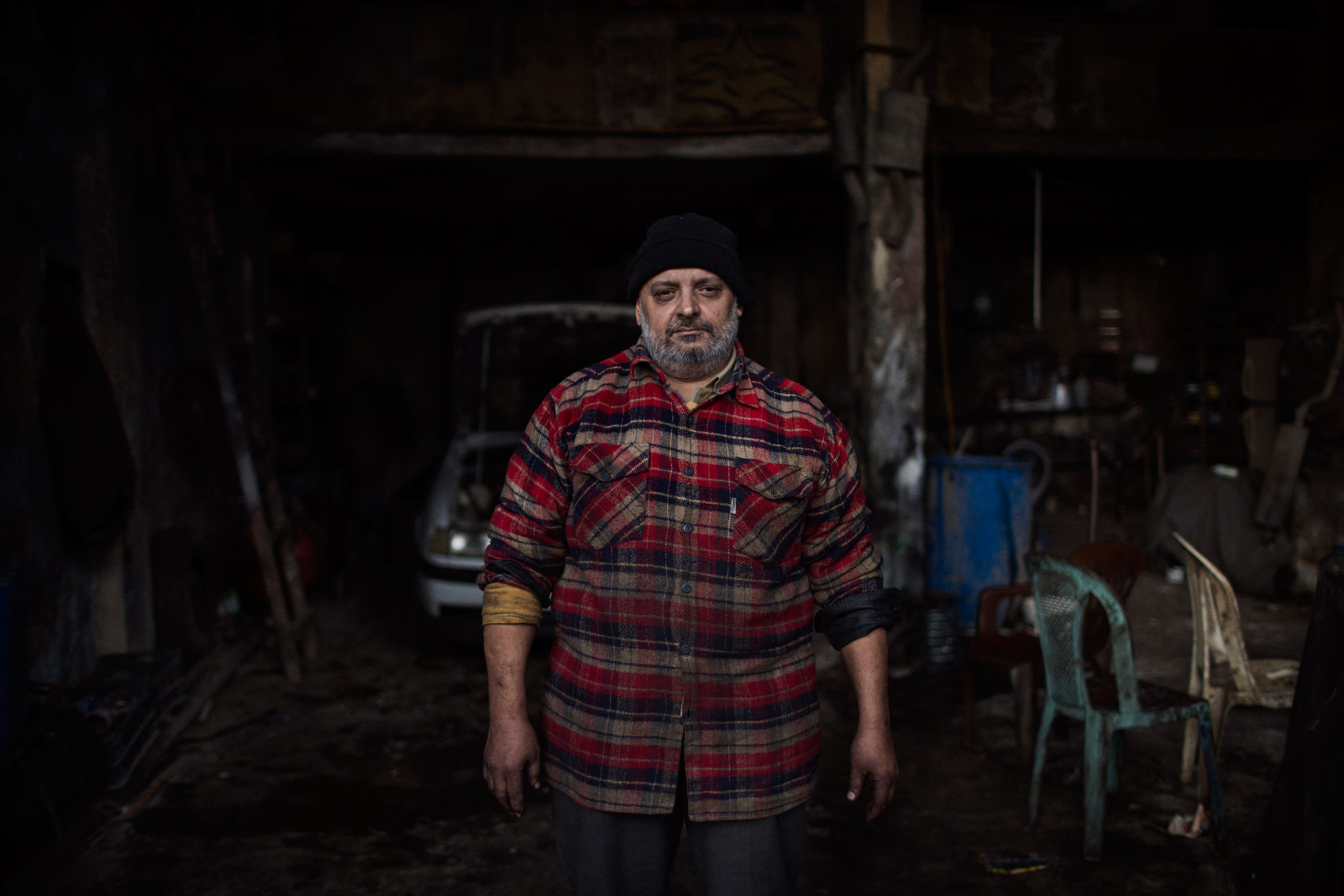 Issam al-Moubayed has had two heart surgeries and was told to spend most of his days resting. Instead, he works all day as a car mechanic, making a daily income of 15,000 LL (around $10). 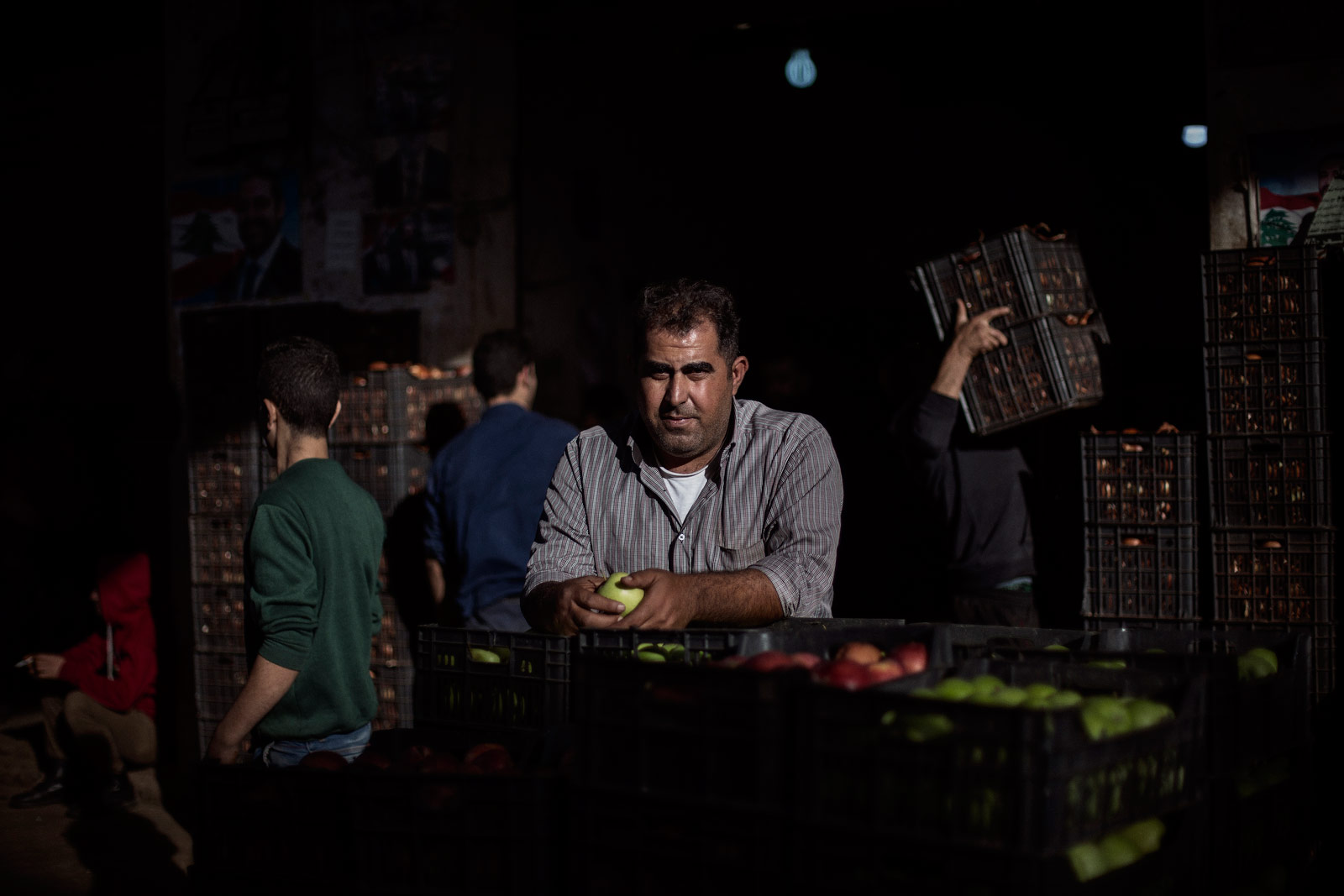 Saddam al-Pasha is one of hundreds of Syrian refugees in Tripoli who have been impacted by Lebanon’s crisis. As a truck driver, he has spent much of the last few months getting around road closures put in place in response to protests. 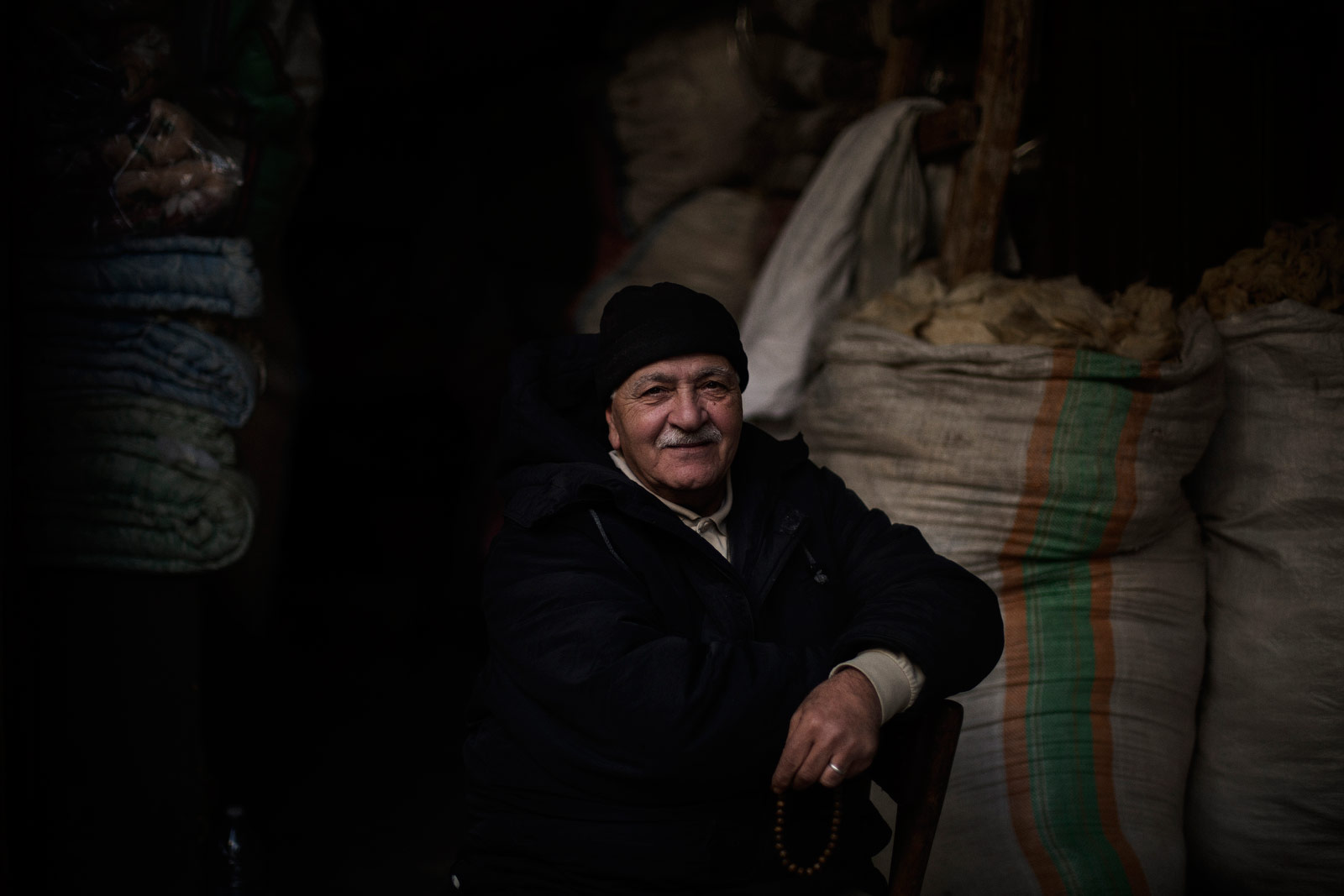 Outside of a store with handmade mattresses, shop-owner Lababidi Abu Issam opens the palm of his hand to produce a 1,000 Lebanese Lira note (less than 50 cents). “This is all I made today,” says Abu Issam with a chuckle. “But thankfully, no one dies of starvation here. Everyone in this souk helps each other out.” 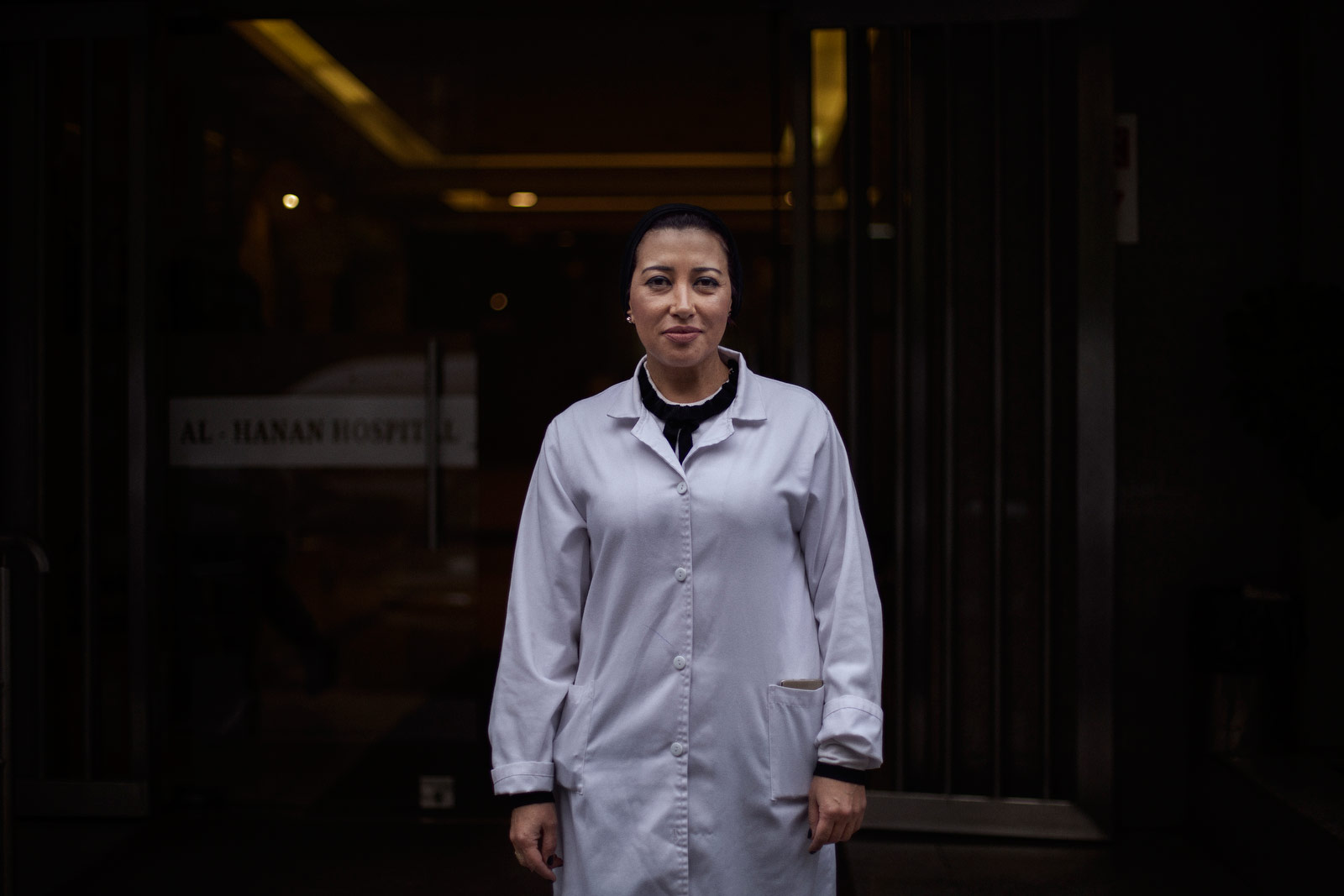 Lebanon’s hospital sector representatives warn they may stop receiving patients if the liquidity crisis continues. Hospitals may soon be unable to import needed medicines and medical equipment, according to Lebanon’s Association of Hospitals. “If we continue in this decline, it’s going to be a huge problem,” says Manal Farran, an Emergency Room doctor at Tripoli’s al-Hanan hospital. “We won’t be able to get our medicines.” 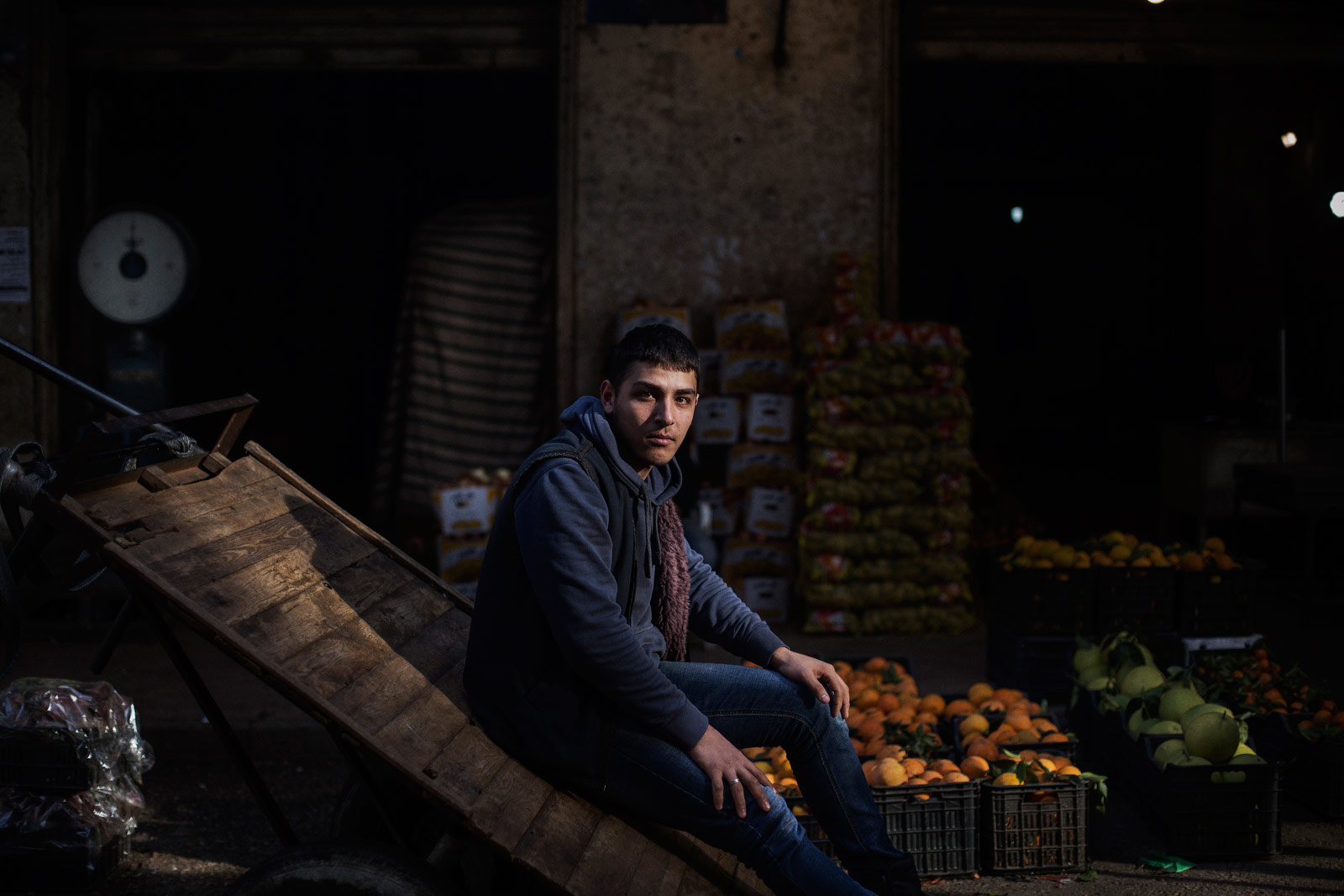 Radwan Rashid, 19, dropped out of school three years ago and does odd jobs at the souk in Tripoli’s Bab el-Tabbaneh. Rashid is a Syrian refugee from Idlib. “I fled Syria and came here, and now I’m trying to find a way to flee again,” says Rashid. 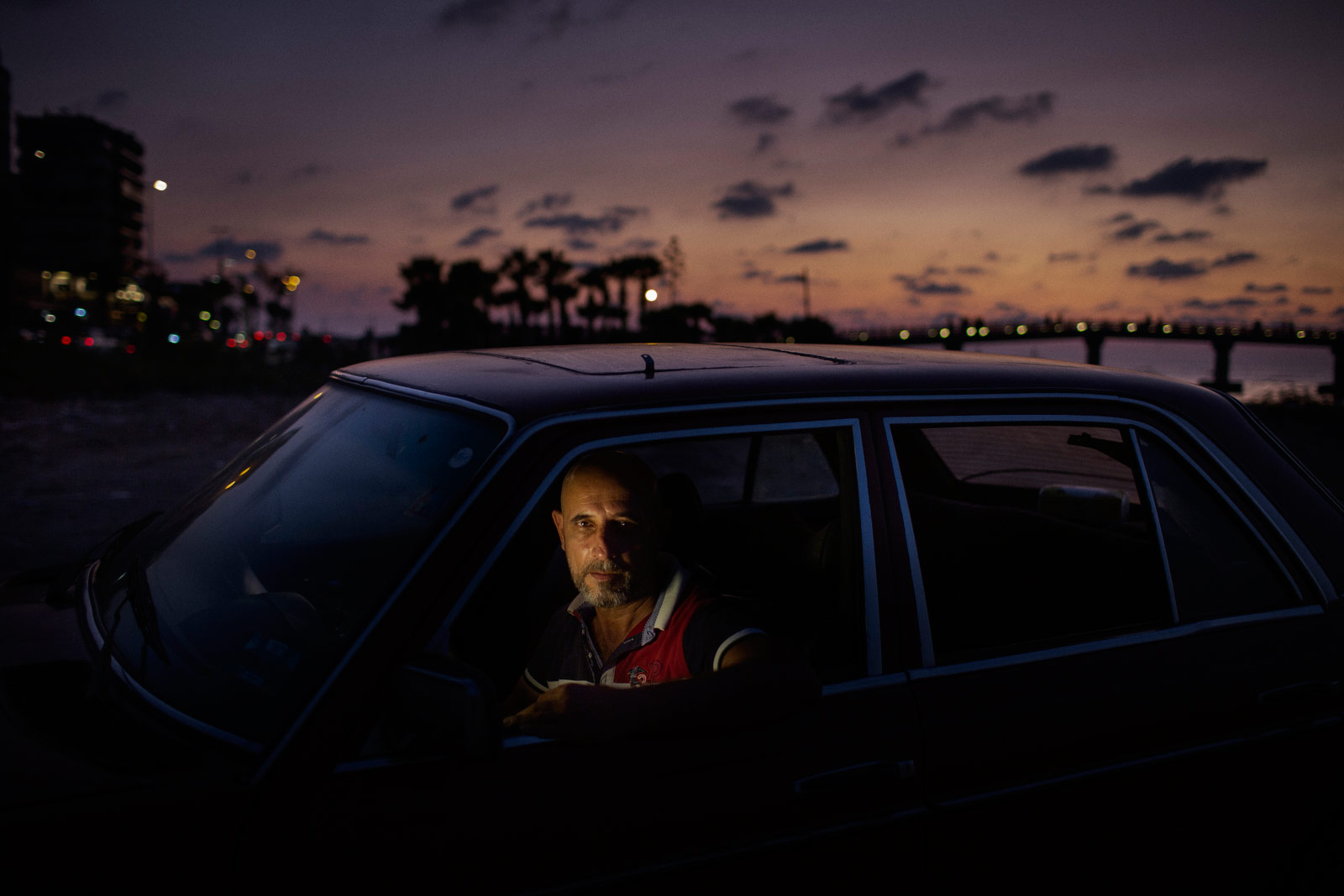 Taxi driver Chukri Zreik regularly shows passengers a video of himself dancing while balancing a drink on his head. The care-free memory is a relief from daily hardships and recent tragedies. This February, Zriek’s brother, George Zreik, set himself on fire outside the gates of his children’s school and died. He was unable to pay their tuition fees, according to Chukri Zreik and local media reports. “When he felt that his children’s future was at stake, the psychological pressure became immense. He felt as though he was at a deadend,” says Zreik.