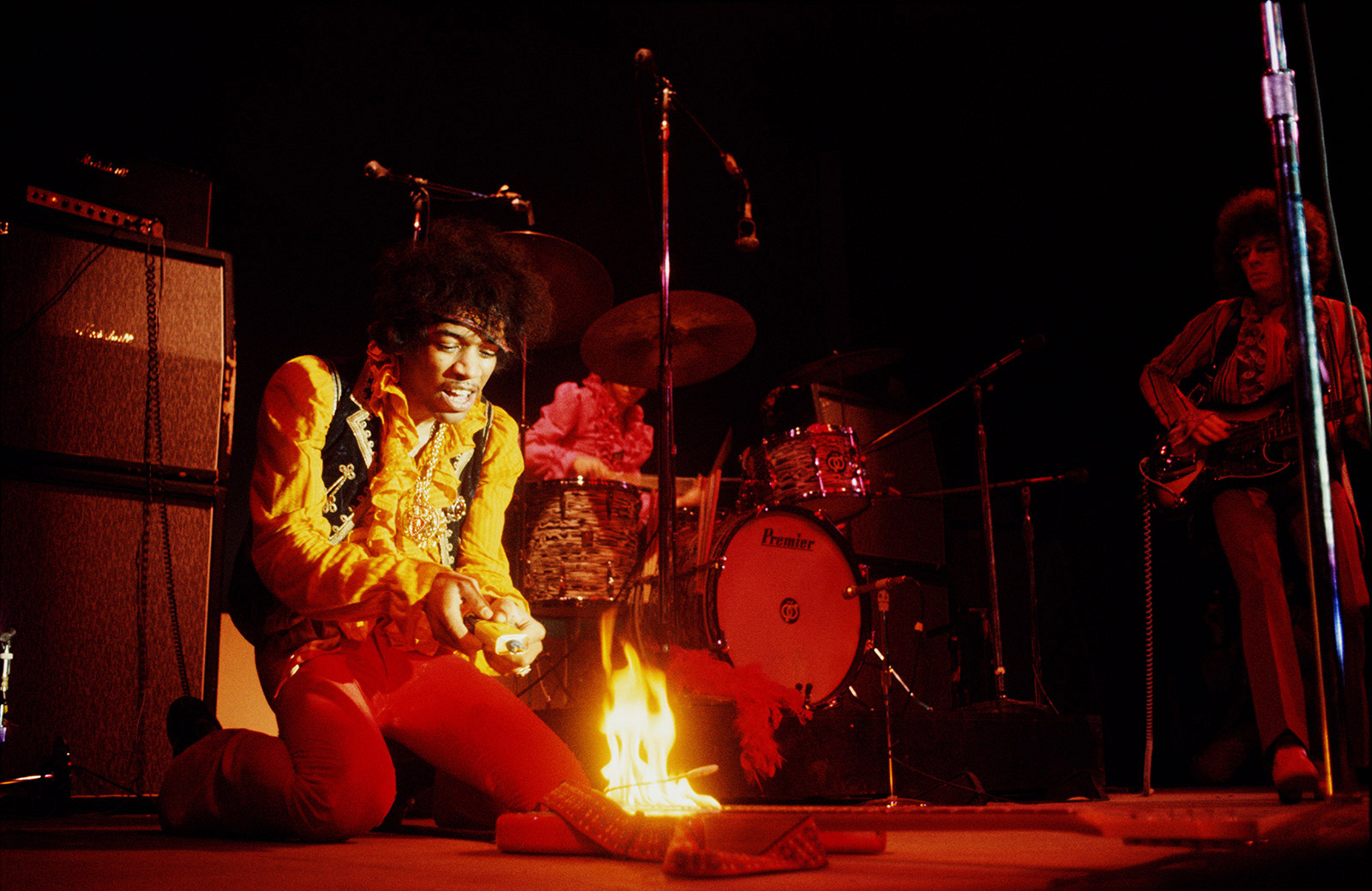 Jimi Hendrix lights his guitar on fire during the Monterey Pop Festival in California in 1967.

Iconic shots from the ‘godfather’ of rock photography

Jimi Hendrix lights his guitar on fire during the Monterey Pop Festival in California in 1967.

Jim Marshall had an all-access pass with some of the 20th century’s greatest musicians.

He was the photographer when Johnny Cash flicked off the camera at San Quentin State Prison. He was backstage with Jimi Hendrix and Janis Joplin. He toured with the Rolling Stones and photographed the Beatles’ final paid concert.

“He was one of the pioneers of music photography,” said Amelia Davis, Marshall’s longtime assistant. “People have called him pretty much the godfather of rock ‘n’ roll photography.” 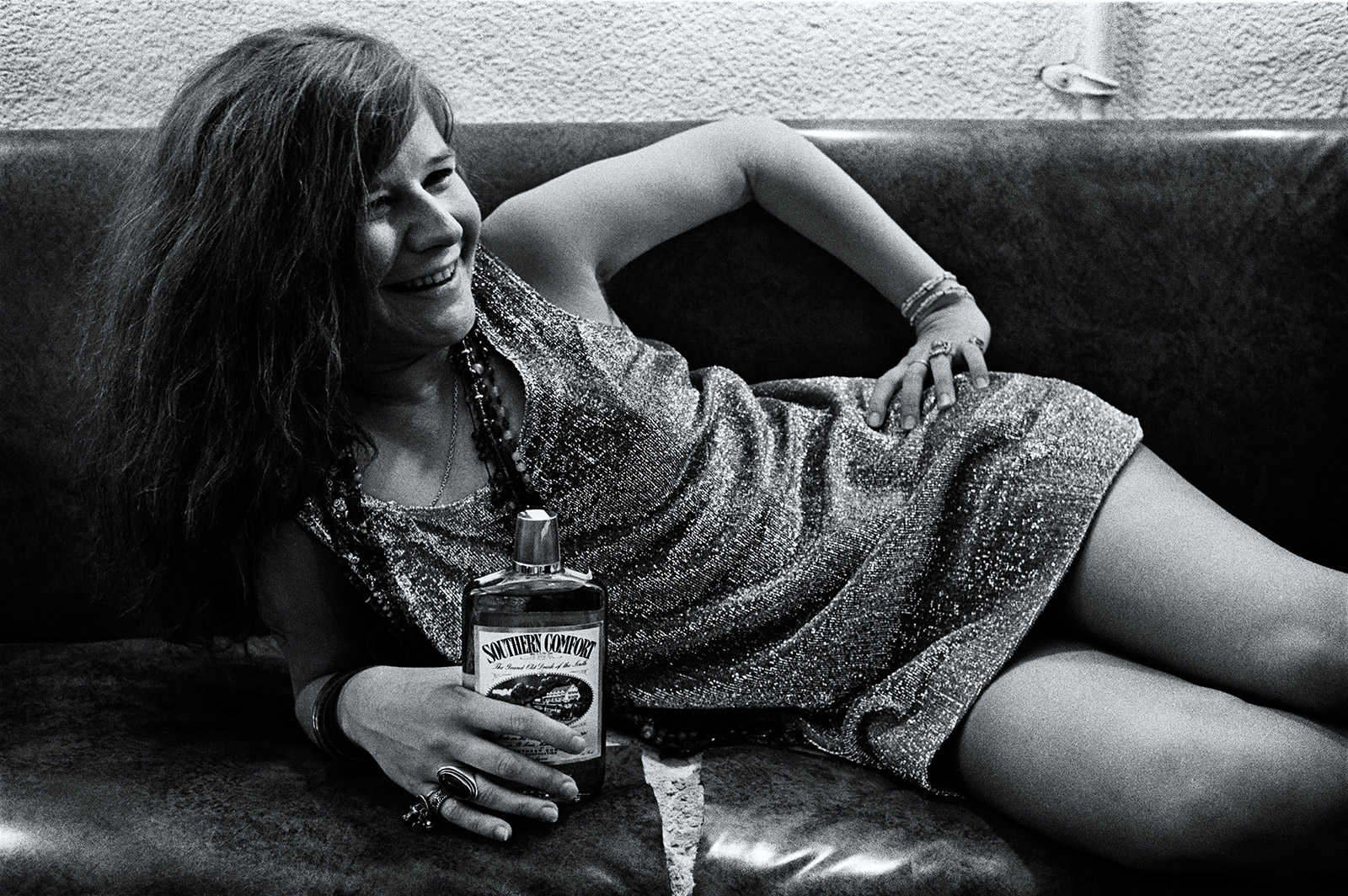 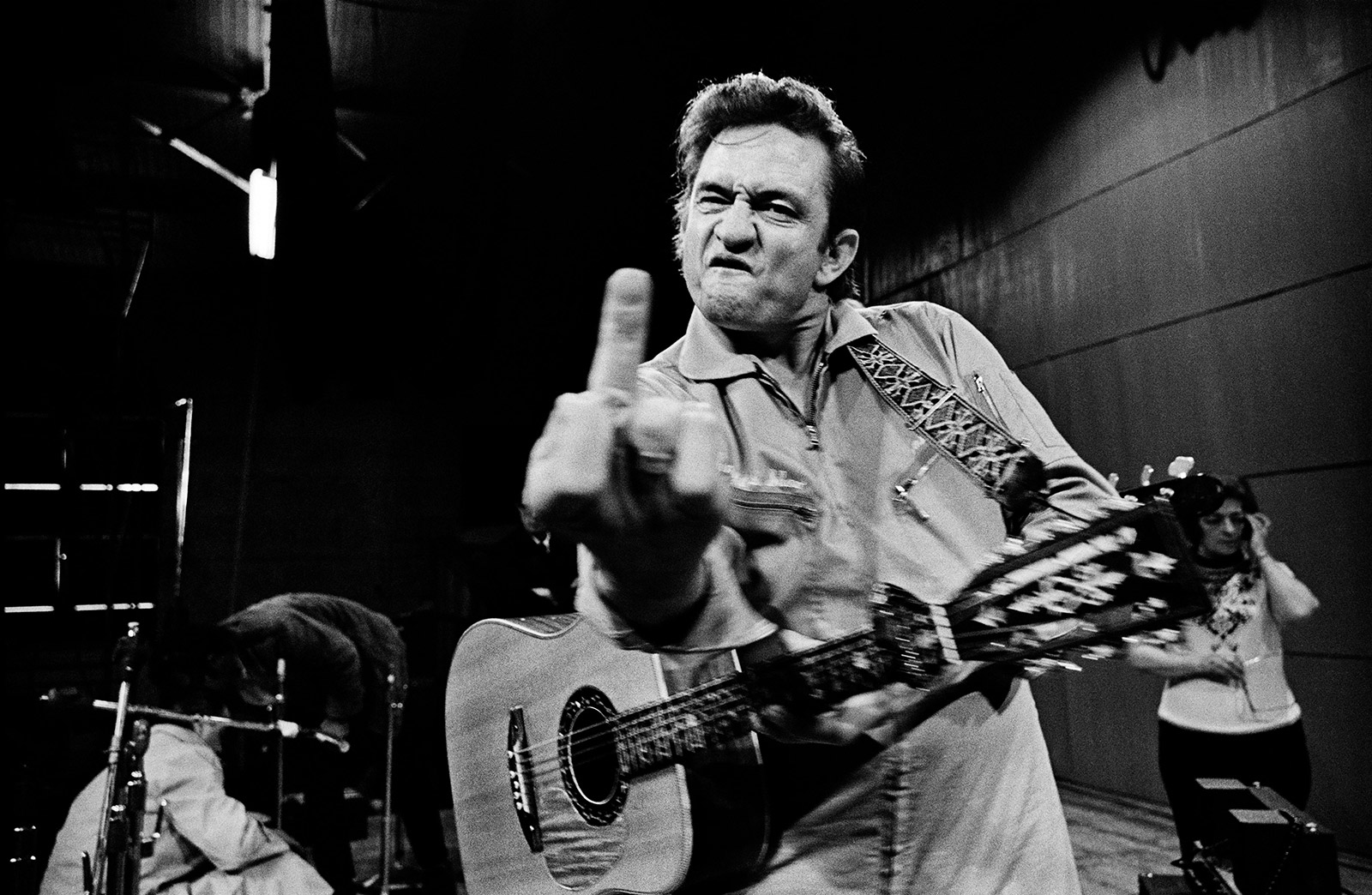 Johnny Cash chose Marshall to be the photographer for his recordings at the California state prisons of Folsom and San Quentin. During rehearsals at San Quentin, Marshall said, “Hey Johnny, let’s do one for the warden.” Cash was happy to offer this option.

Marshall died in 2010, but his legacy lives on. Davis’ new book “Jim Marshall: Show Me the Picture” shares his best work from a legendary career that spanned five decades.

More than half of the photos in the book have never been seen before.

“He really has photographed pieces of history throughout 50 years,” Davis said. 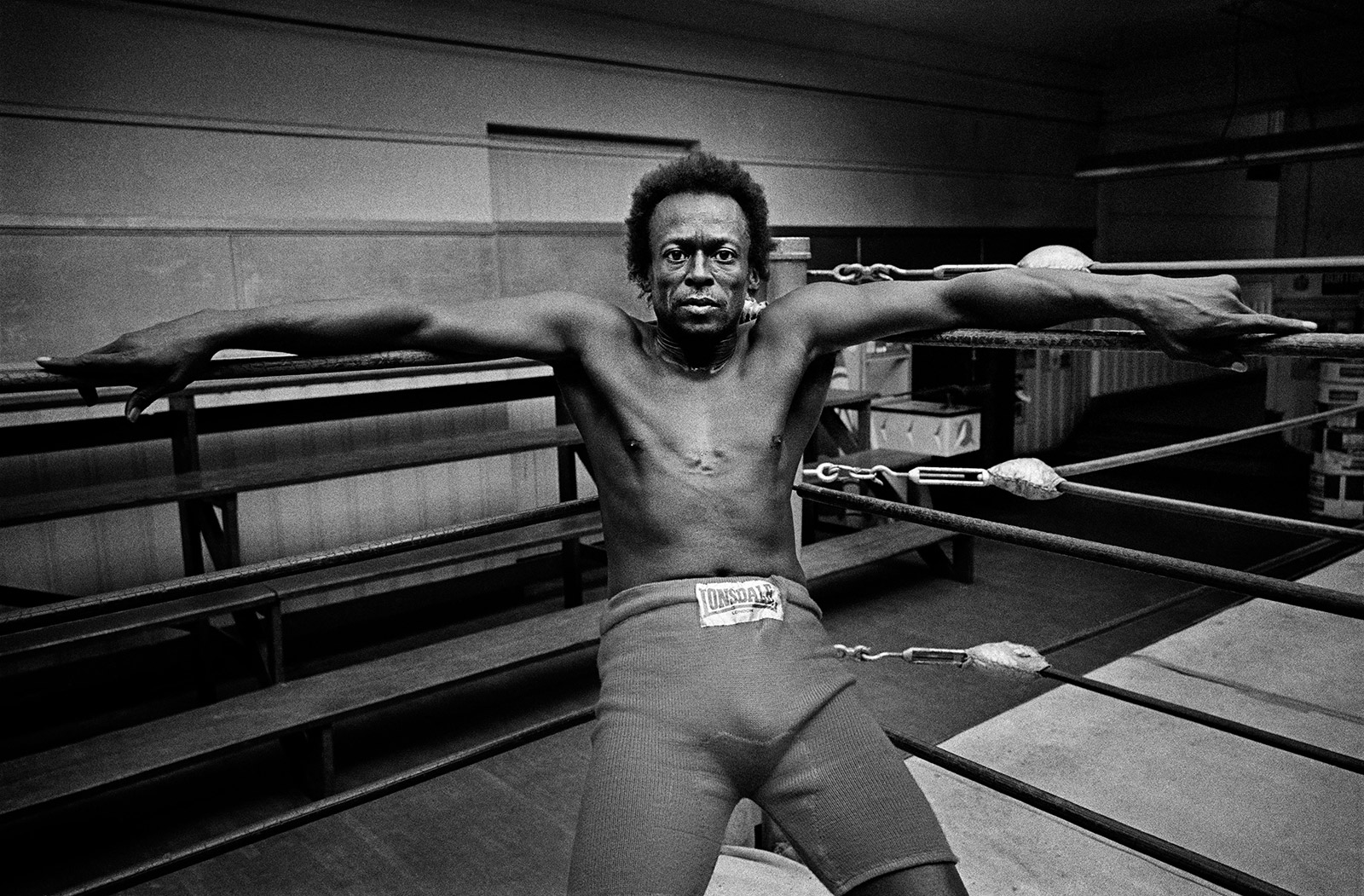 Miles Davis is photographed inside a boxing ring at a San Francisco gym in 1971. "Jim sometimes referred to his photo of Davis in the ring as ‘Don’t Hit Me in the Mouth, I Gotta Play Tonight,’ which was apparently what Davis would tell his sparring partners at Newman’s Gym before they tussled,” Michelle Margetts wrote in the new book. “It was unusual that Miles would let Jim, or any photographer, shadow him during his workouts, which he viewed as sort of a sacred part of his regimen." 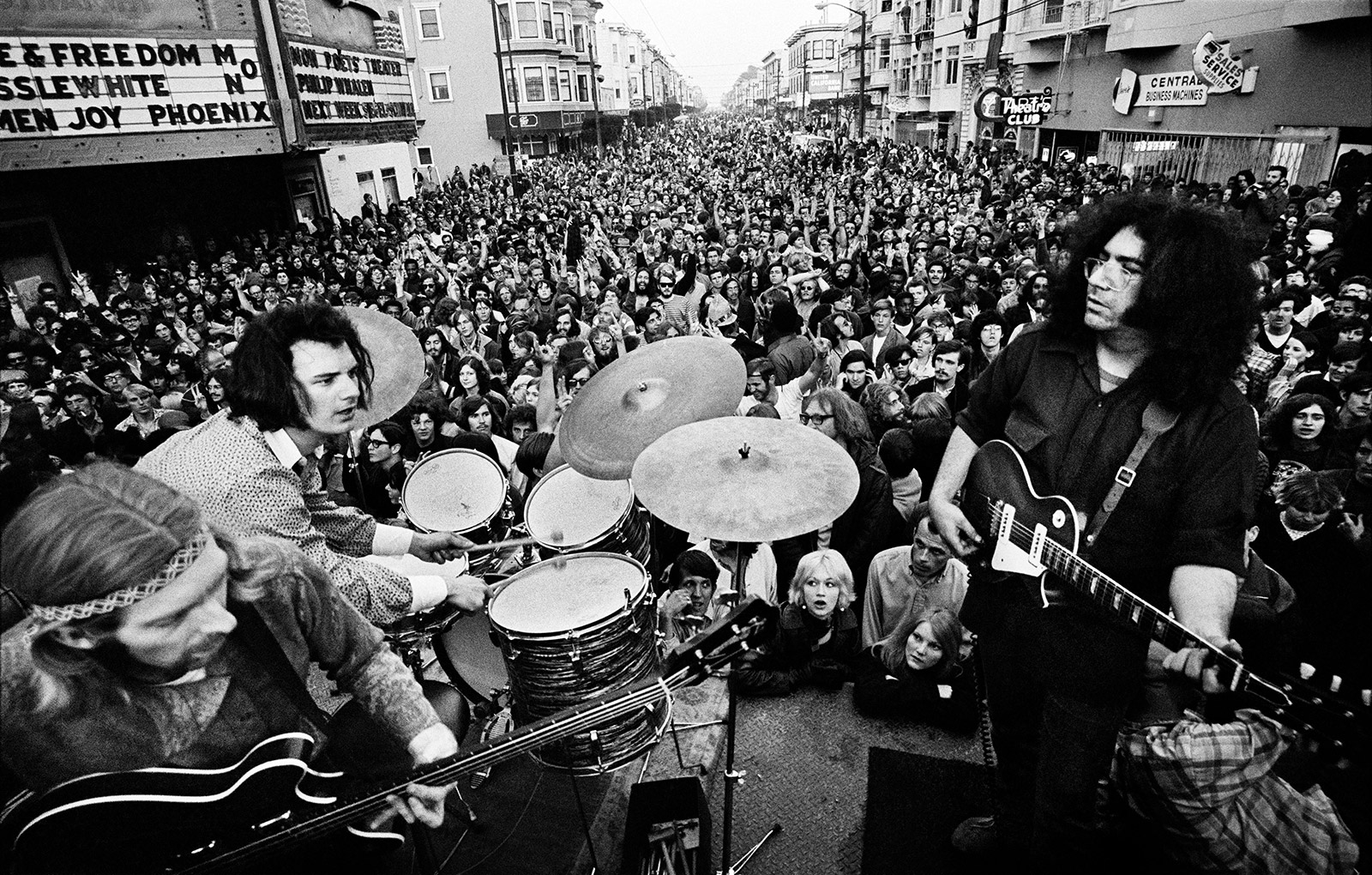 The Grateful Dead plays its last free concert on San Francisco’s Haight Street before moving to Marin County, California, in 1968.

Perhaps Marshall’s most memorable work comes from the 1960s and ’70s. He was able to tag along with some of the era’s most iconic stars, getting an unfiltered, behind-the-scenes look that you don’t often see today.

“People just let their guard down because Jim would gain their trust,” Davis said. “He would treat them like human beings and become friends with them. By doing that, they allowed him into their lives and their personal moments.” 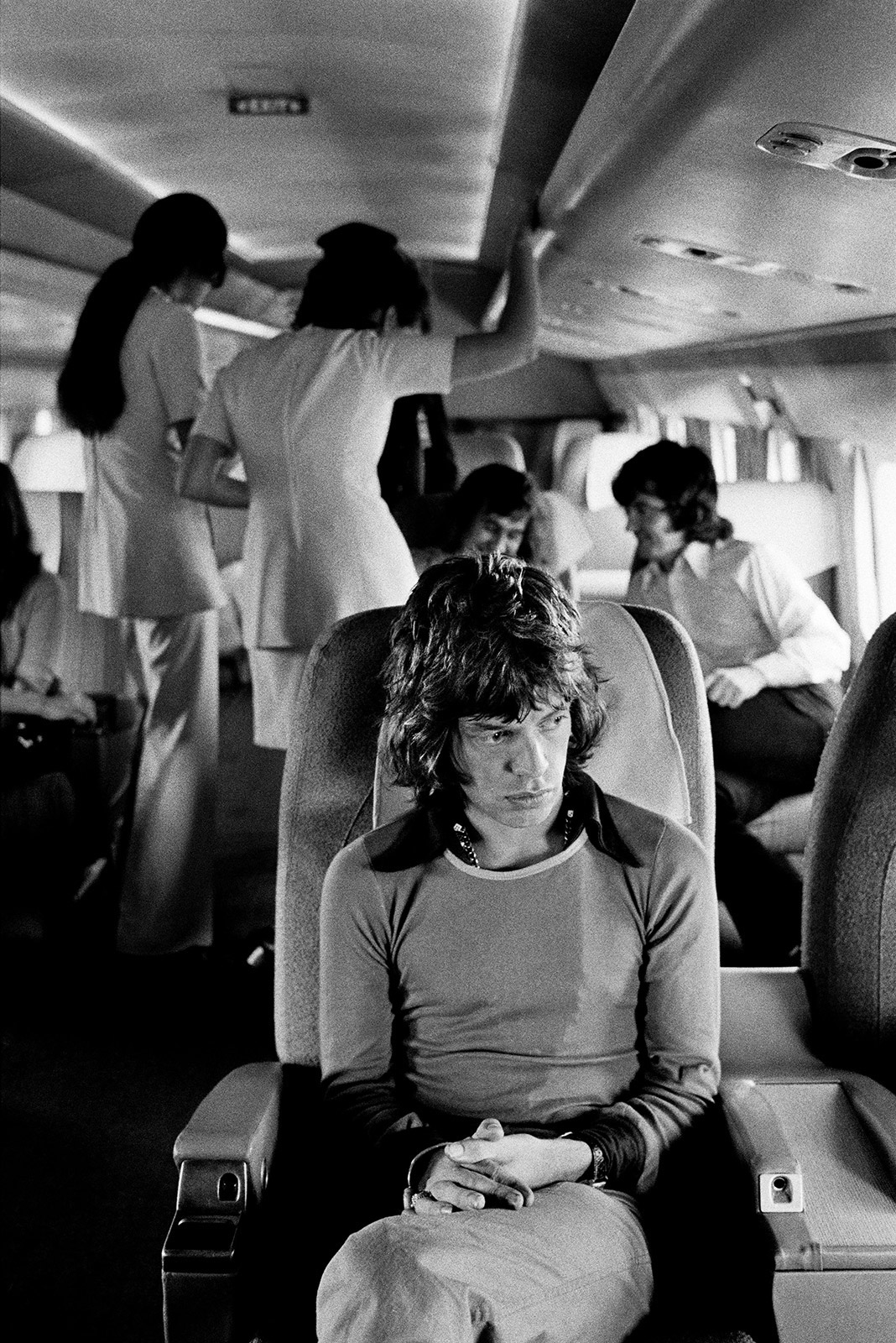 Mick Jagger sits on a plane in 1972. Jim Marshall’s real secret was just gaining the trust of people and getting them to be comfortable with him — so much so that they barely knew he was there, his assistant Amelia Davis said. 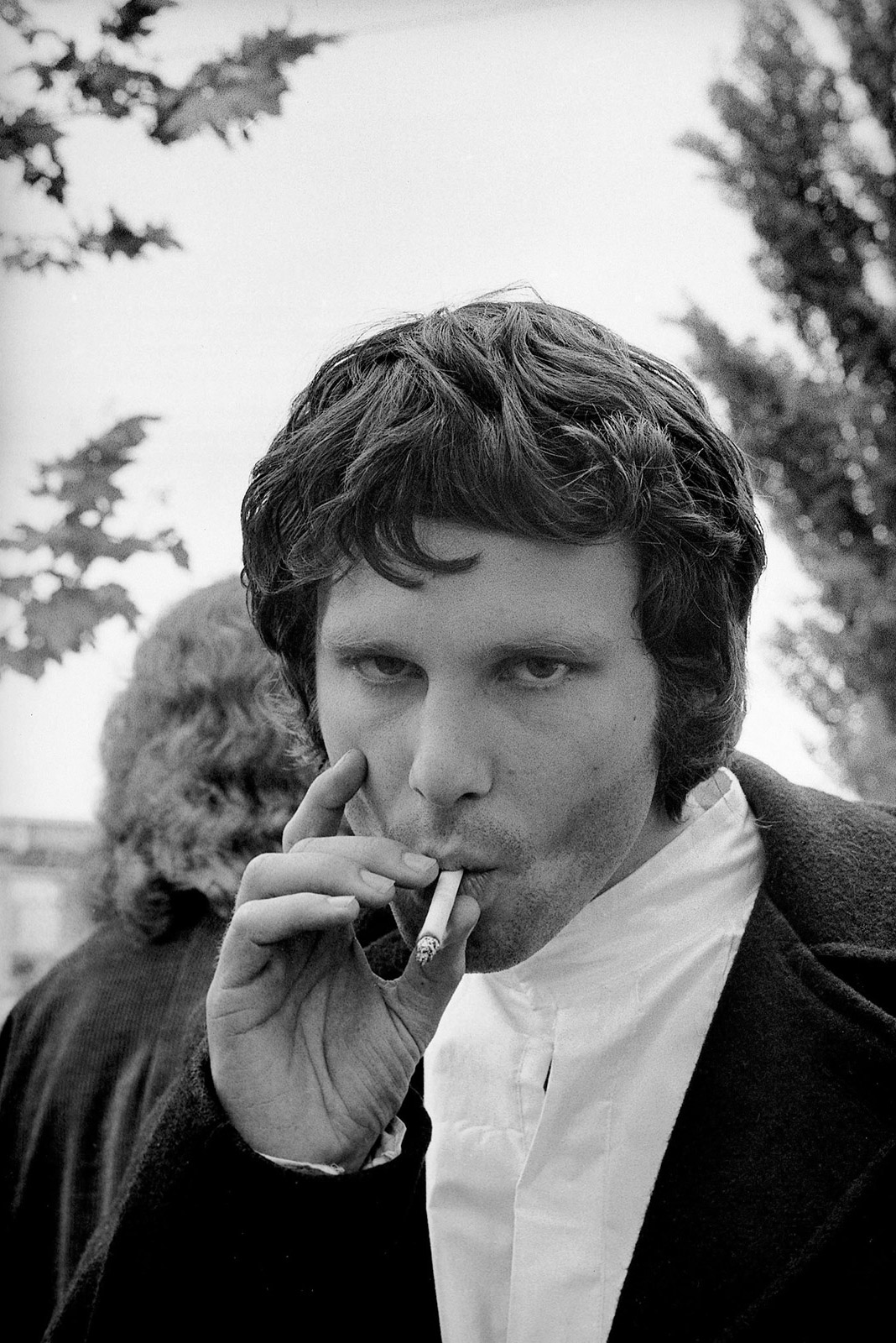 It also helped that Marshall didn’t come with a lot of baggage. Literally.

He didn’t like to carry a lot of lighting equipment. He often relied on just a small Leica camera and natural light.

“He wouldn't futz around with his equipment,” Davis said, “and I think that really helped people. … They just forgot that he had a camera basically. So he was there clicking away, but they felt completely comfortable.” 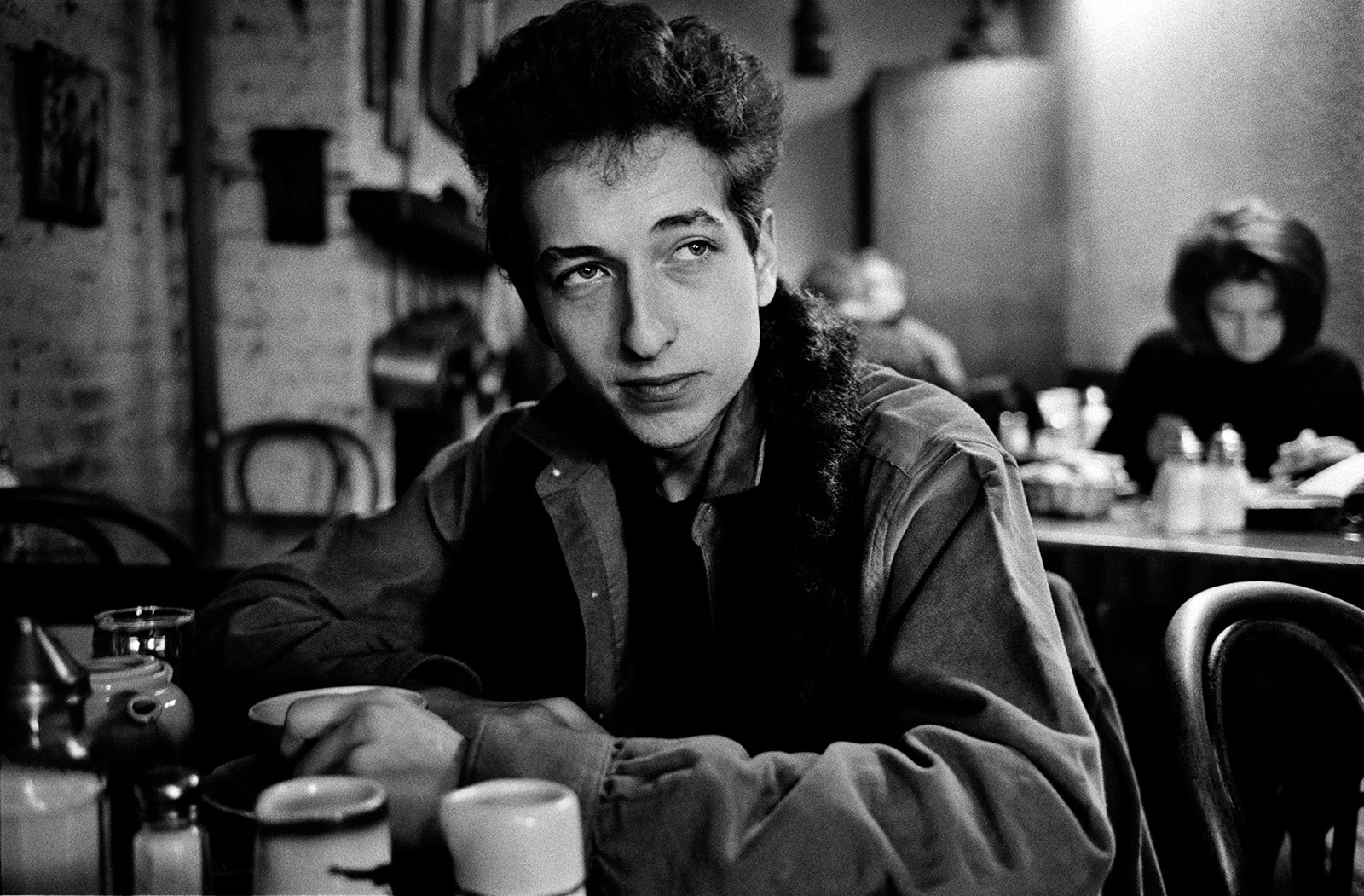 Bob Dylan sits in a Greenwich Village cafe in New York in 1963. 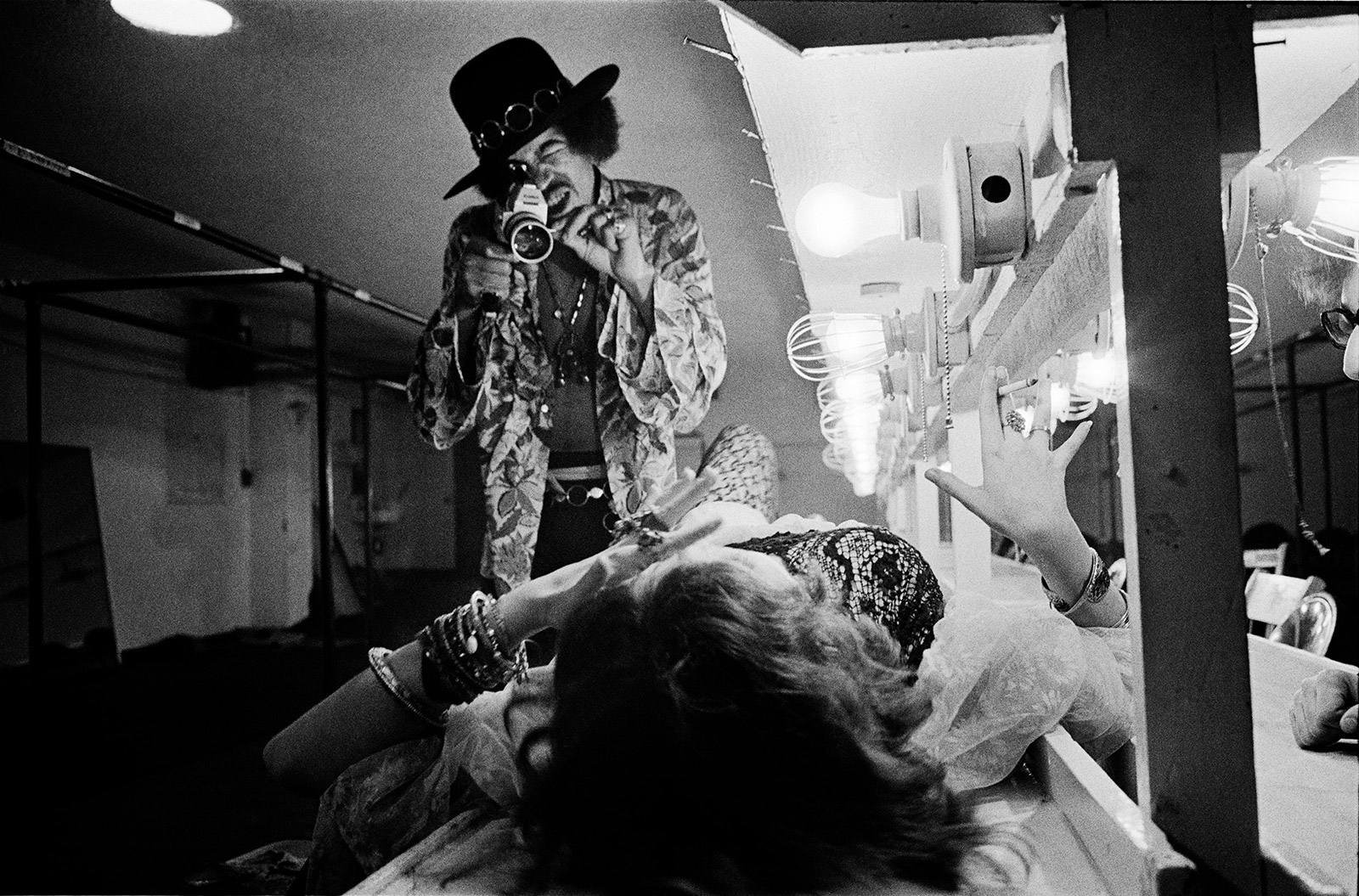 Later in his career, Marshall shot fewer musicians because he was unable to get the kind of access that he got in the ’60s and ’70s.

Davis said the whole scene had changed, with managers and handlers becoming more controlling. And for big stars, the live experience wasn’t like it used to be, either.

“If you look at some of those concert photos, people are like leaning on the stage. They're right there,” Davis said. “You would never see something like that today. You just would never be able to have that kind of closeness or that kind of intimacy.” 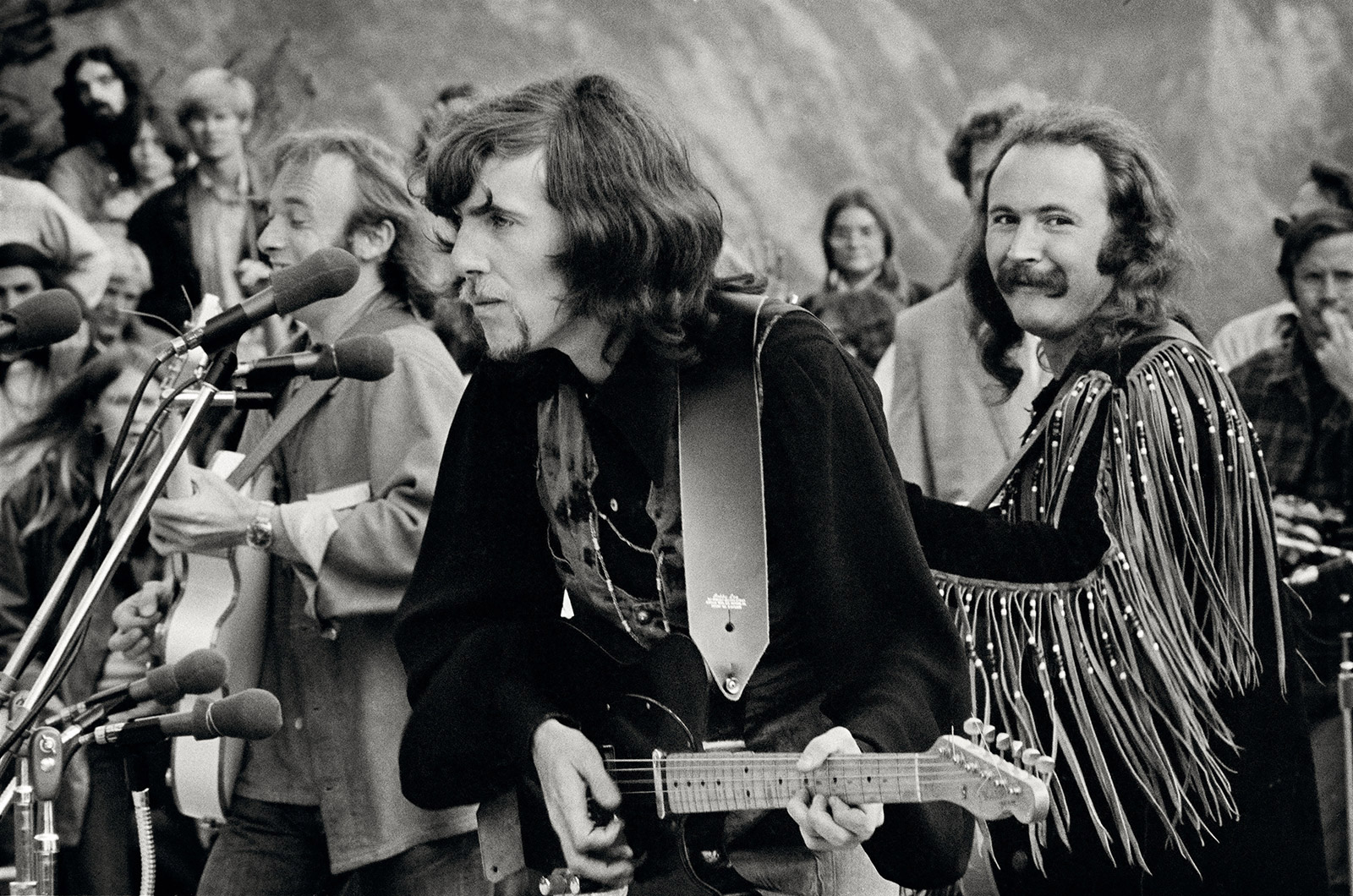 Crosby, Stills & Nash perform at the Big Sur Folk Festival in California in 1969. “Jim Marshall had an amazing ability; he was pushy, but in a really human way,” Graham Nash says in the new book. “Every artist that he shot knew that Jim wanted the best shot of them, he always wanted that.” 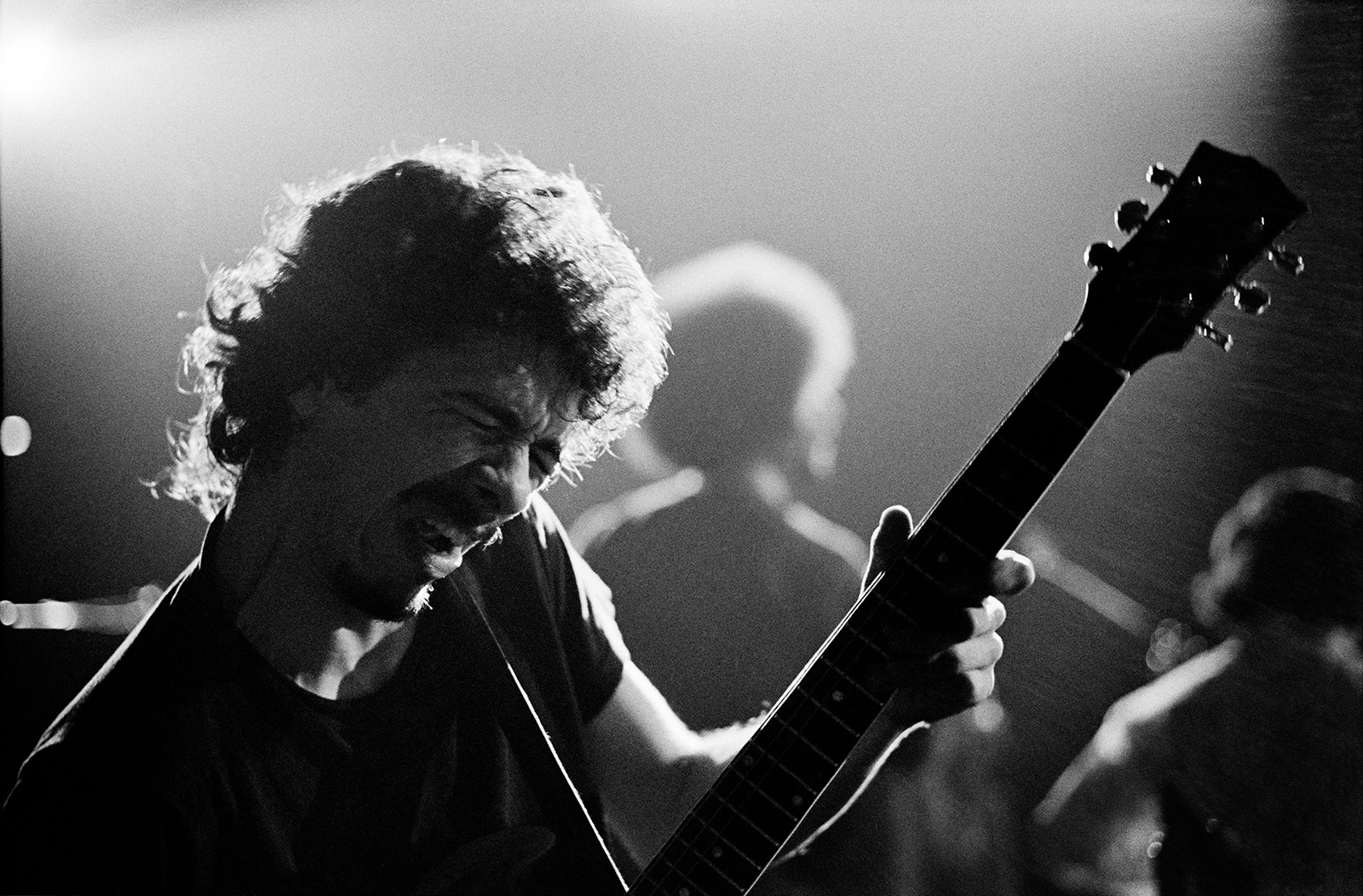 Carlos Santana plays the guitar at Fillmore West in San Francisco in 1969.

Marshall’s immense contribution to the music industry was recognized at the Grammys in 2014. He was posthumously given a Trustees Award, which honors people who aren’t performers.

Marshall is the only photographer to receive a Trustees Award.

“He thought of himself as a reporter with a camera, and that's kind of how he viewed his life and photography,” Davis said. 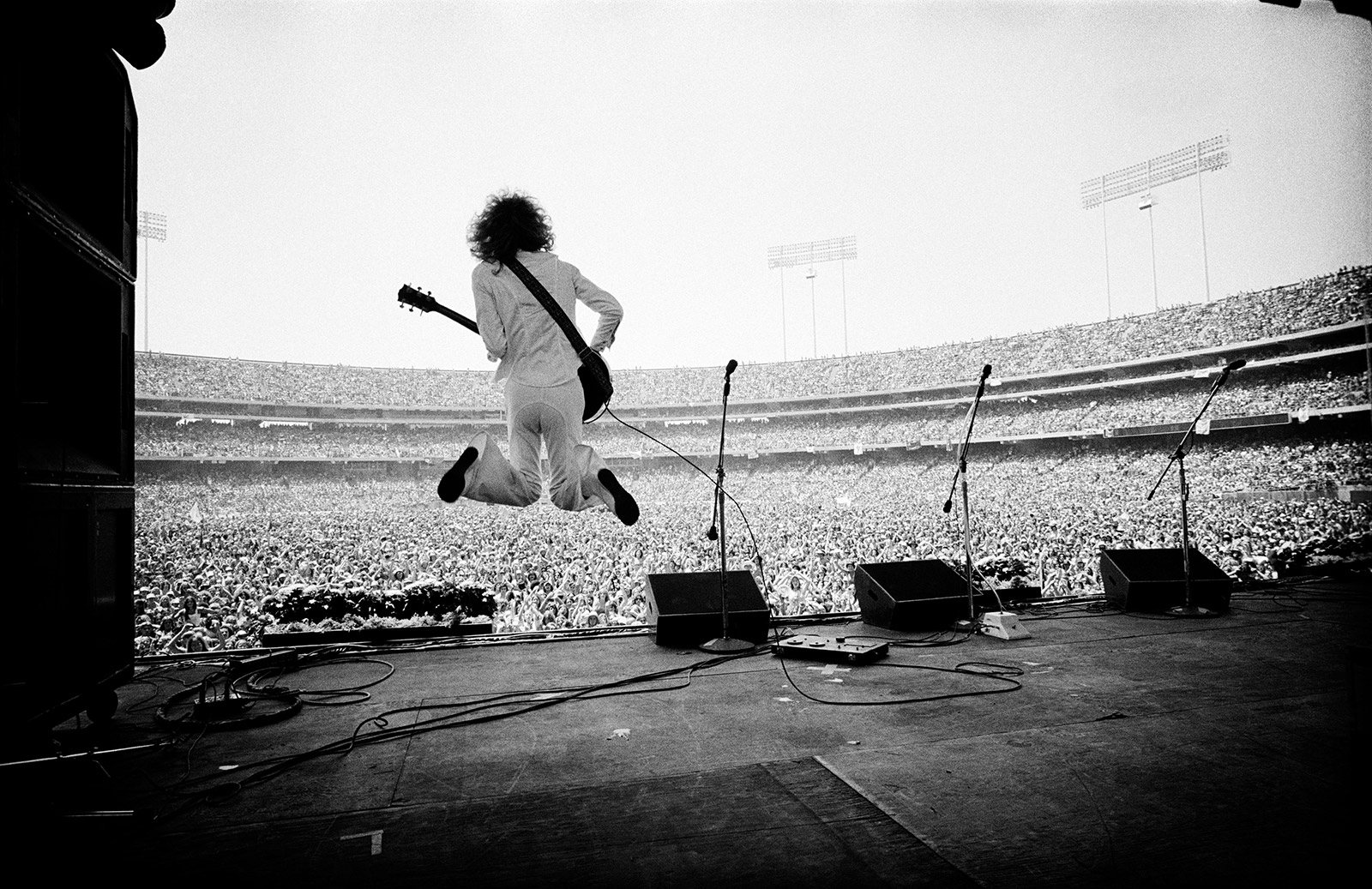 Peter Frampton leaps during a concert in Oakland, California, in 1975. It’s the cover shot of the new book. “I see that photo everywhere now. I just wish I had my legs a little straighter from my gymnastics,” Frampton says in the book. “It was a 3.1 jump. It wasn’t a (Pete) Townshend jump — do you know what I mean? Can we redo that?"

“Jim Marshall: Show Me the Picture” is available through Chronicle Books. It is also a feature-length documentary film. You can also follow Marshall’s work on Instagram.