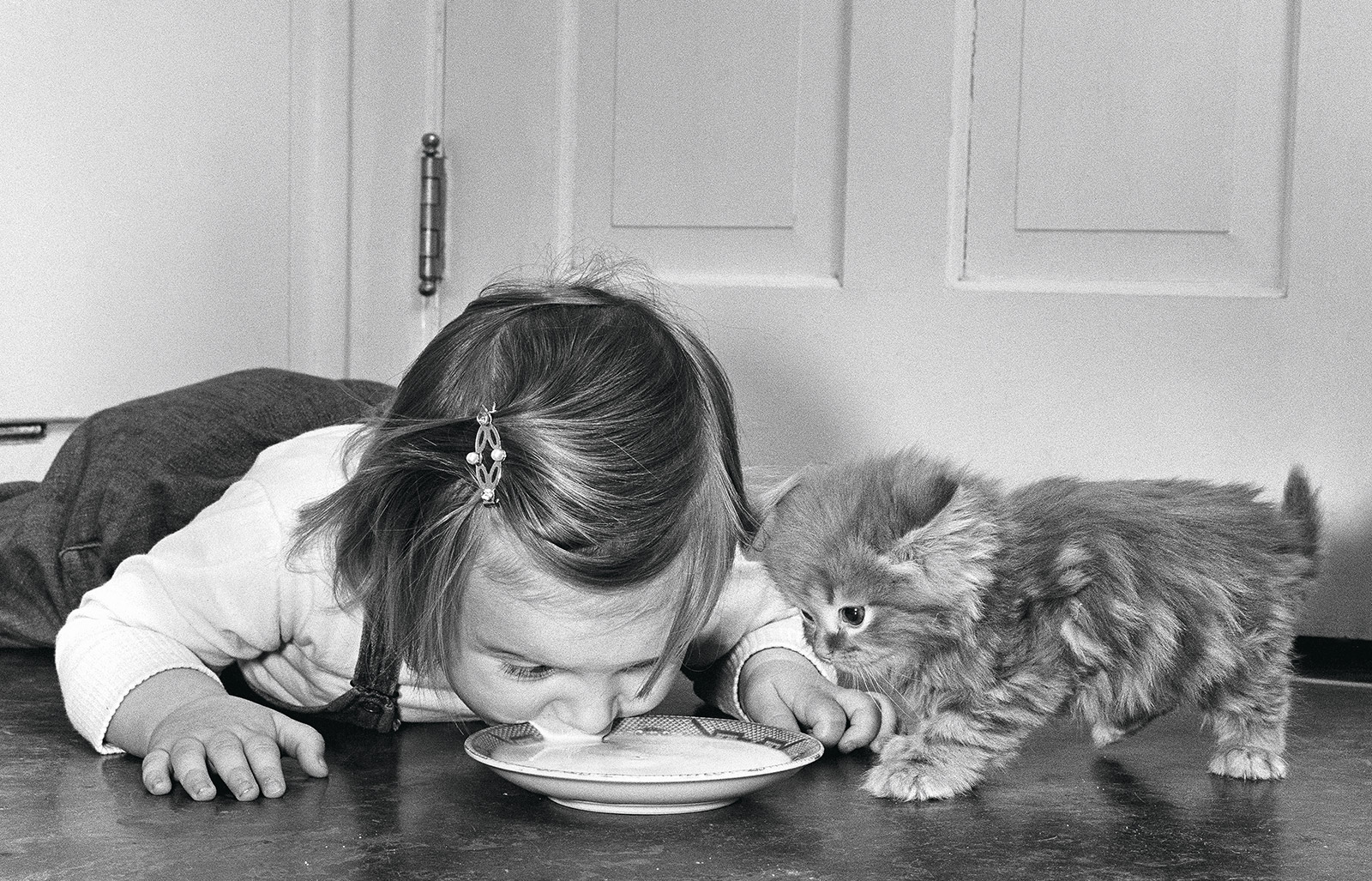 Chiara Chandoha drinks milk next to a kitten in 1961. She is one of the daughters of legendary cat photographer Walter Chandoha.

Before the Internet, his cat photos ruled the world

Chiara Chandoha drinks milk next to a kitten in 1961. She is one of the daughters of legendary cat photographer Walter Chandoha.

A whole bunch of them, actually.

His work also defined the genre in the ’50s, ’60s and ’70s, long before your Facebook feed could be filled with fuzzy felines. 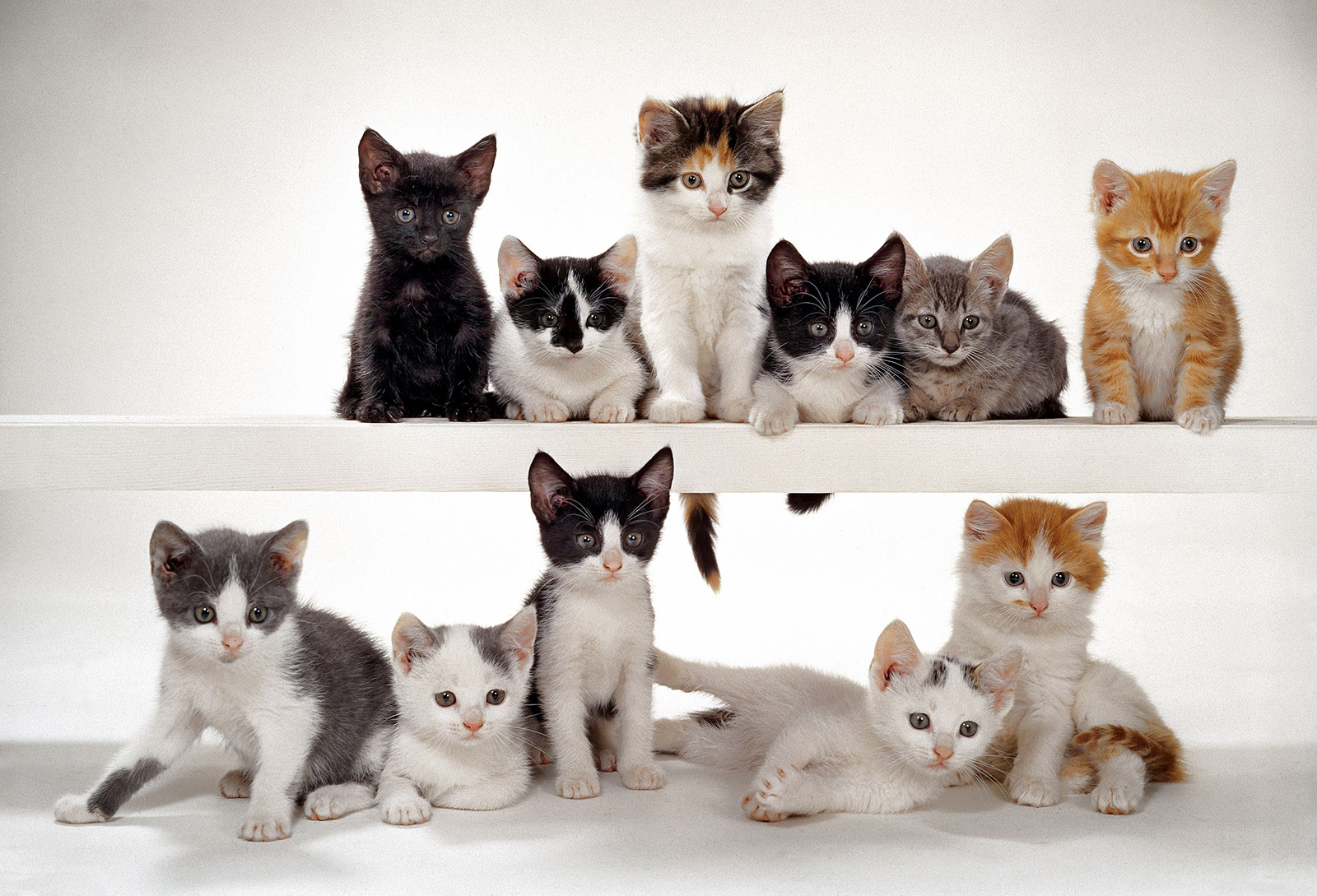 These adorable kittens took part in a Chandoha photo shoot for McCall’s Magazine in 1964.

Back in those days, Chandoha’s cat photos were everywhere: advertisements, greeting cards, calendars, jigsaw puzzles. They could also be found on posters, T-shirts and cans of cat food.

“He was always known as the cat photographer,” his daughter Fernanda said in a recent telephone interview.

He authored more than 30 books during a career that lasted over seven decades. Some are collections of his cutest cat photos. Some are “how-to” books for both budding and professional photographers. 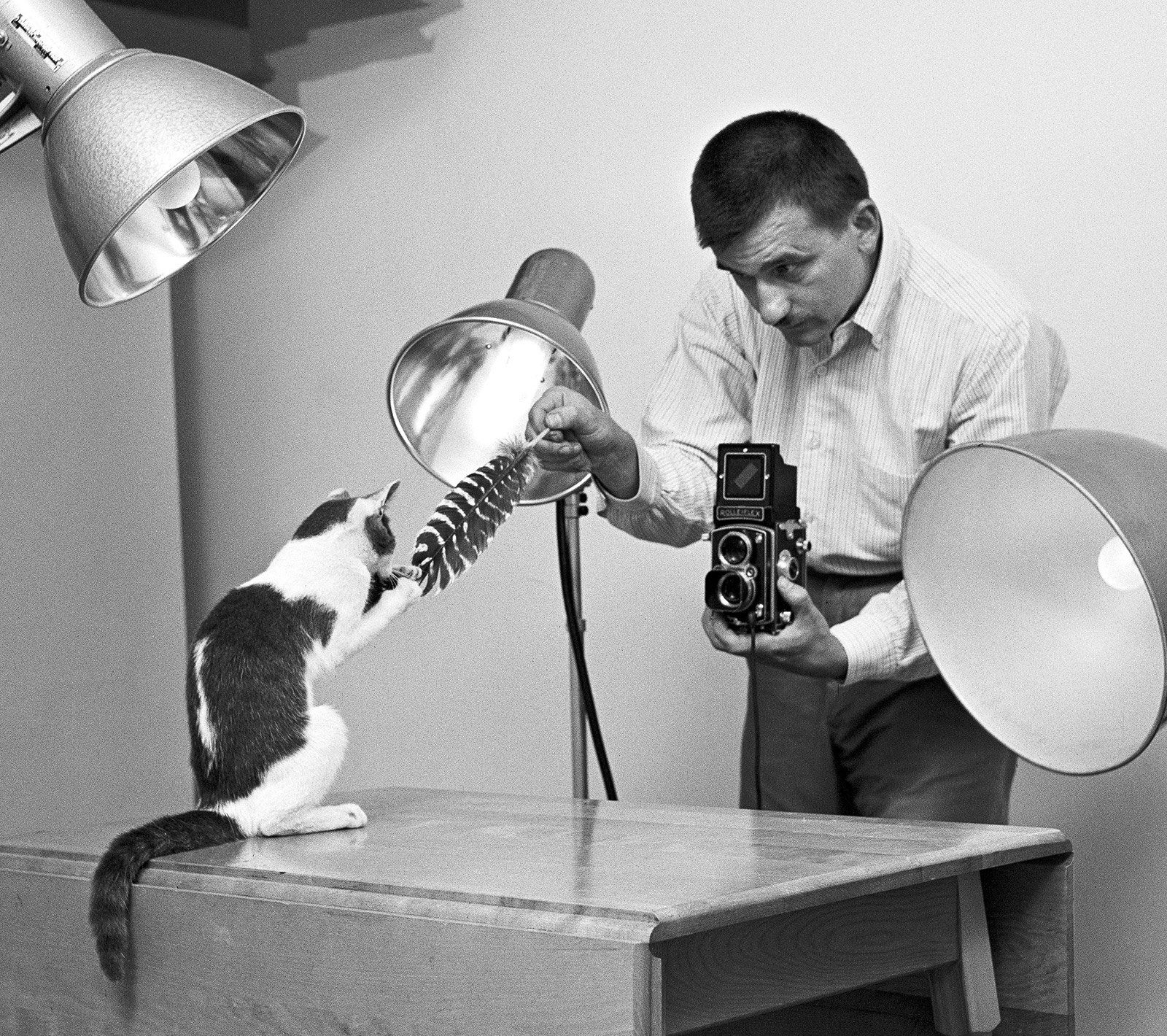 Walter Chandoha plays with one of his subjects at his home studio in 1955.

Chandoha died in January at the age of 98. But before he passed away, he was able to work on one final book: “Cats. Photographs 1942–2018.” It’s a career retrospective that features about 300 of his greatest cat photos.

Chandoha took photos of dogs and other animals, too, but he was always drawn to cats.

“I relished the challenge of mak­ing photographs of cats and quickly saw the potential of attempting to capture their naturally expressive personalities,” he wrote in the book’s foreword. “The photo­graphic possibilities and challenges seemed endless.” 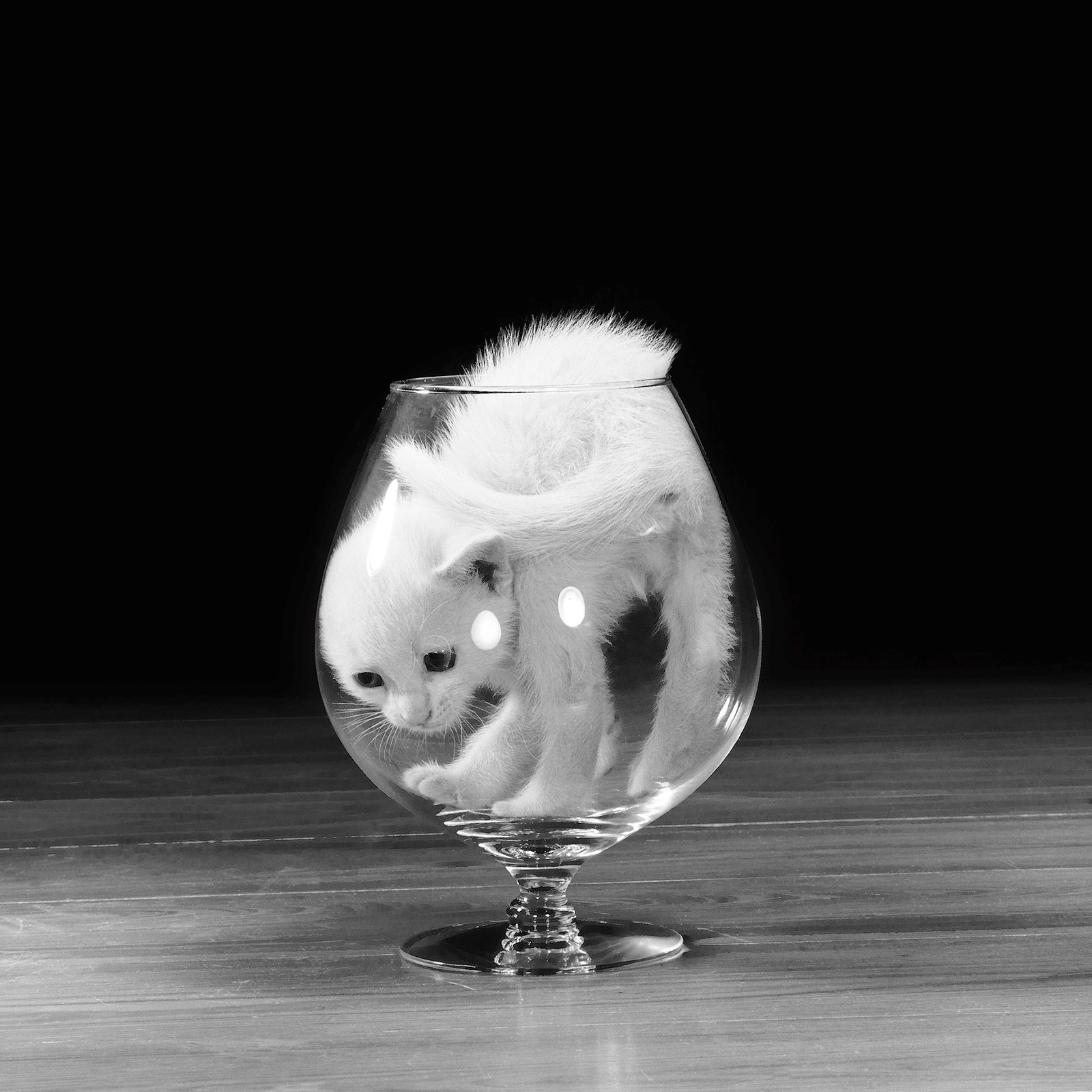 An American shorthair squeezes into a glass in 1960. 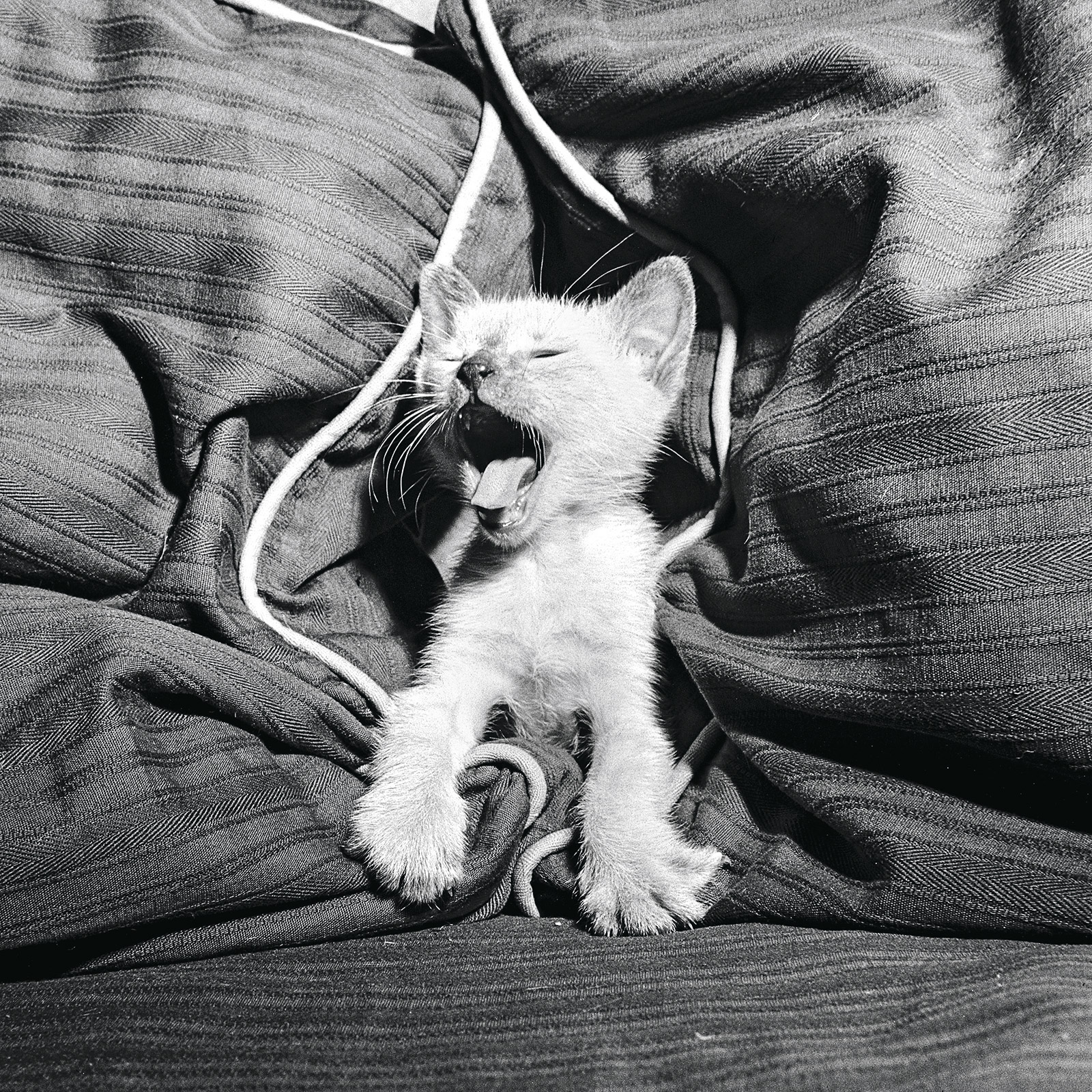 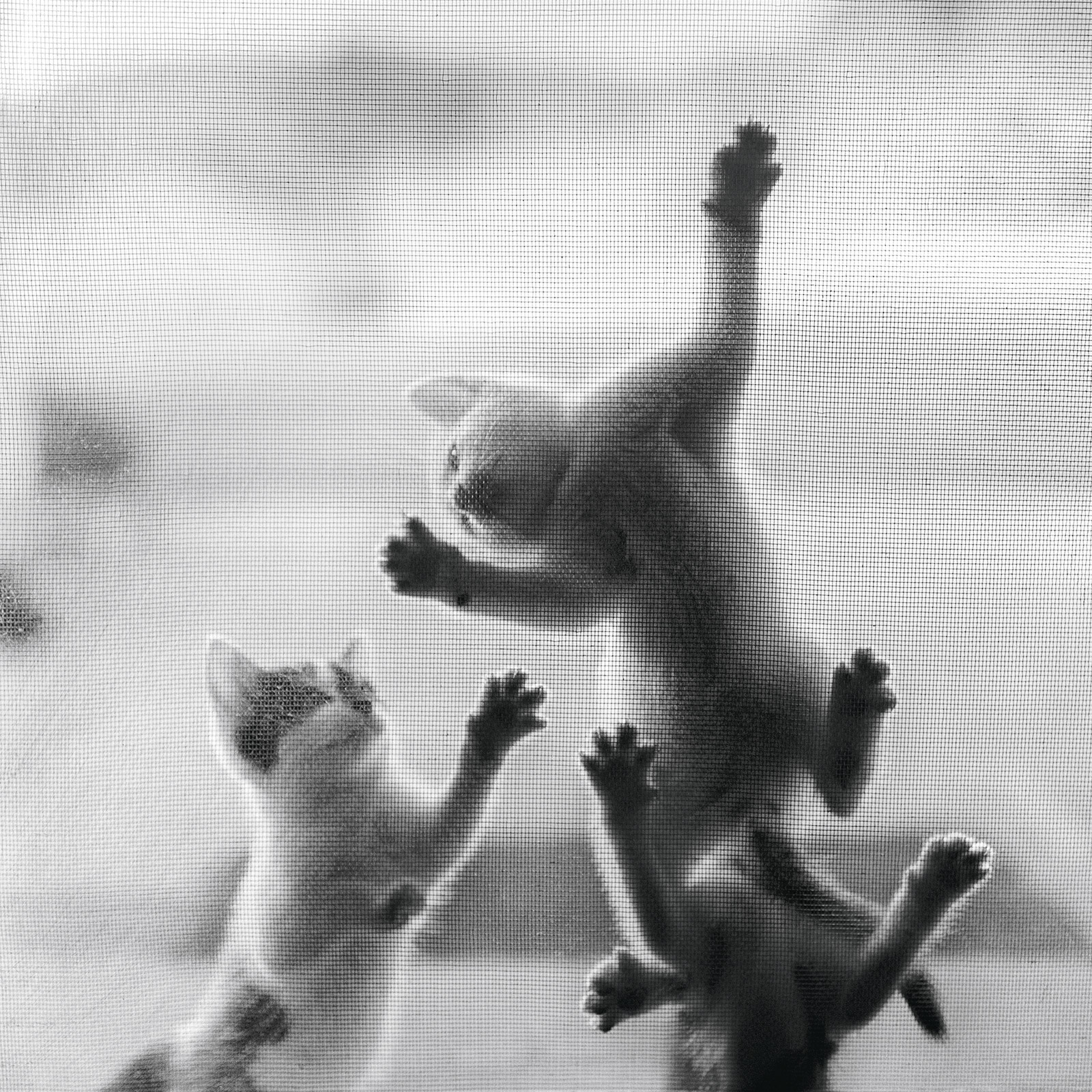 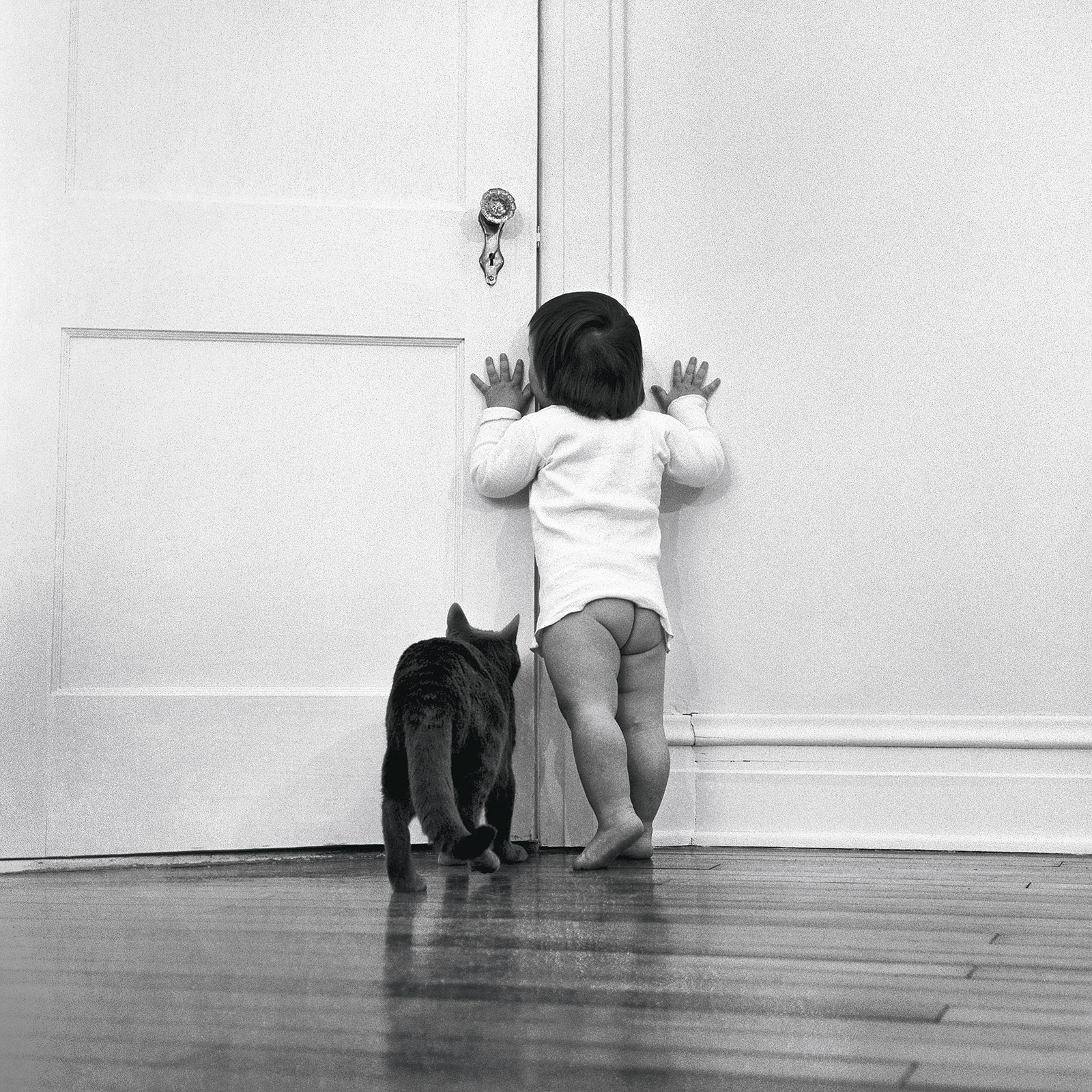 Chandoha’s daughter Paula is trailed by the family cat, Loco, in 1951.

Chandoha’s career took off shortly after adopting a stray kitten in 1949. The freelance photographer was walking back from classes at New York University when he saw a tiny kitten shivering in the snow. He put the cat in his coat pocket and brought him home to meet his wife, Maria.

They named the cat Loco, and Chandoha started taking pictures of the new family member. He sold some of those photos to various publications, and before he knew it he had found his niche.

“Cats were really big then; it just didn't have the Internet to magnify everything,” said his daughter Fernanda. 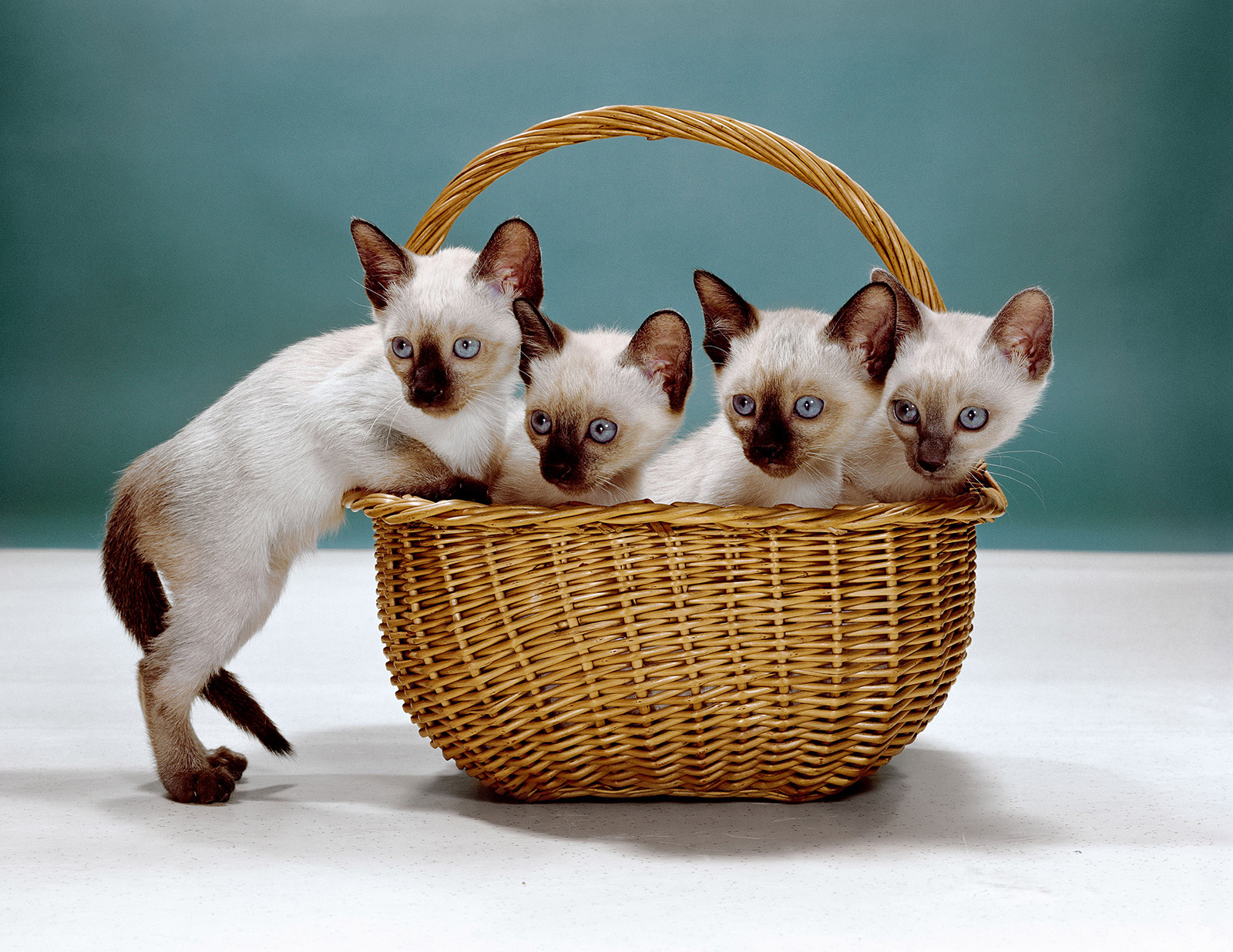 Siamese kittens play in a basket in 1962.

Chandoha started getting more and more assignments. His work was commissioned by companies both big and small. There were magazine covers, advertising campaigns. Even camera and film companies promoted him, sometimes as “the world’s most famous cat photographer.”

He would photograph cats in the studio, at home and on the street. His daughter Fernanda estimated that over his career, he produced more than 90,000 photos of cats.

“If he didn't have an assignment, he'd go outside. He’d see that one cat just had kittens, and he'd be there all day taking the pictures,” she said. 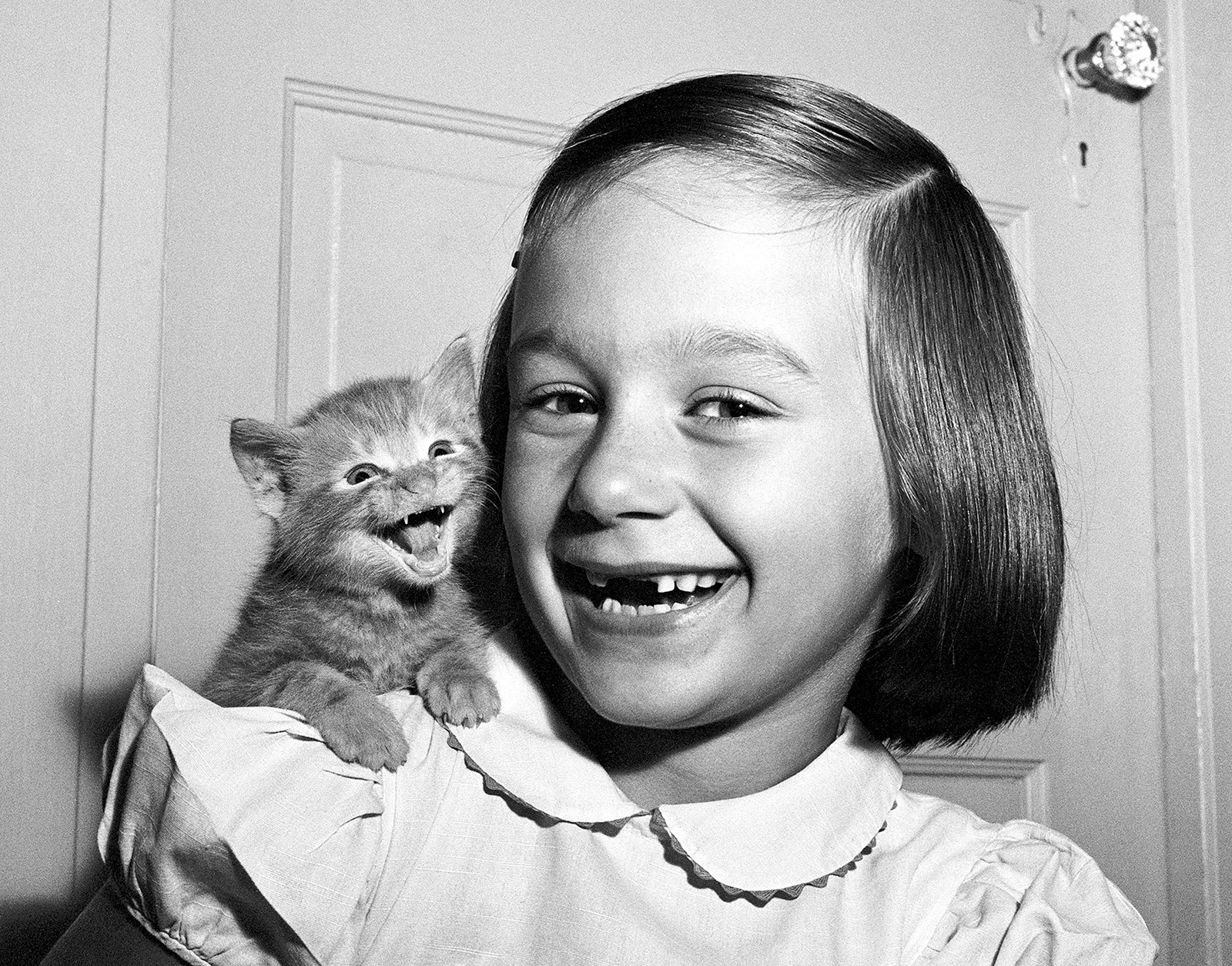 This 1955 photo is one of Walter Chandoha’s most famous shots. “My daughter Paula and the kitten both ‘smiled’ for the camera at the same time. … But the cat’s not smiling, he’s meowing.”

For his planned shoots, Chandoha would borrow cats from local shelters or other cat owners. His family also adopted dozens over the years.

His wife, Maria, was usually his assistant, and she was essential to getting the best shot. 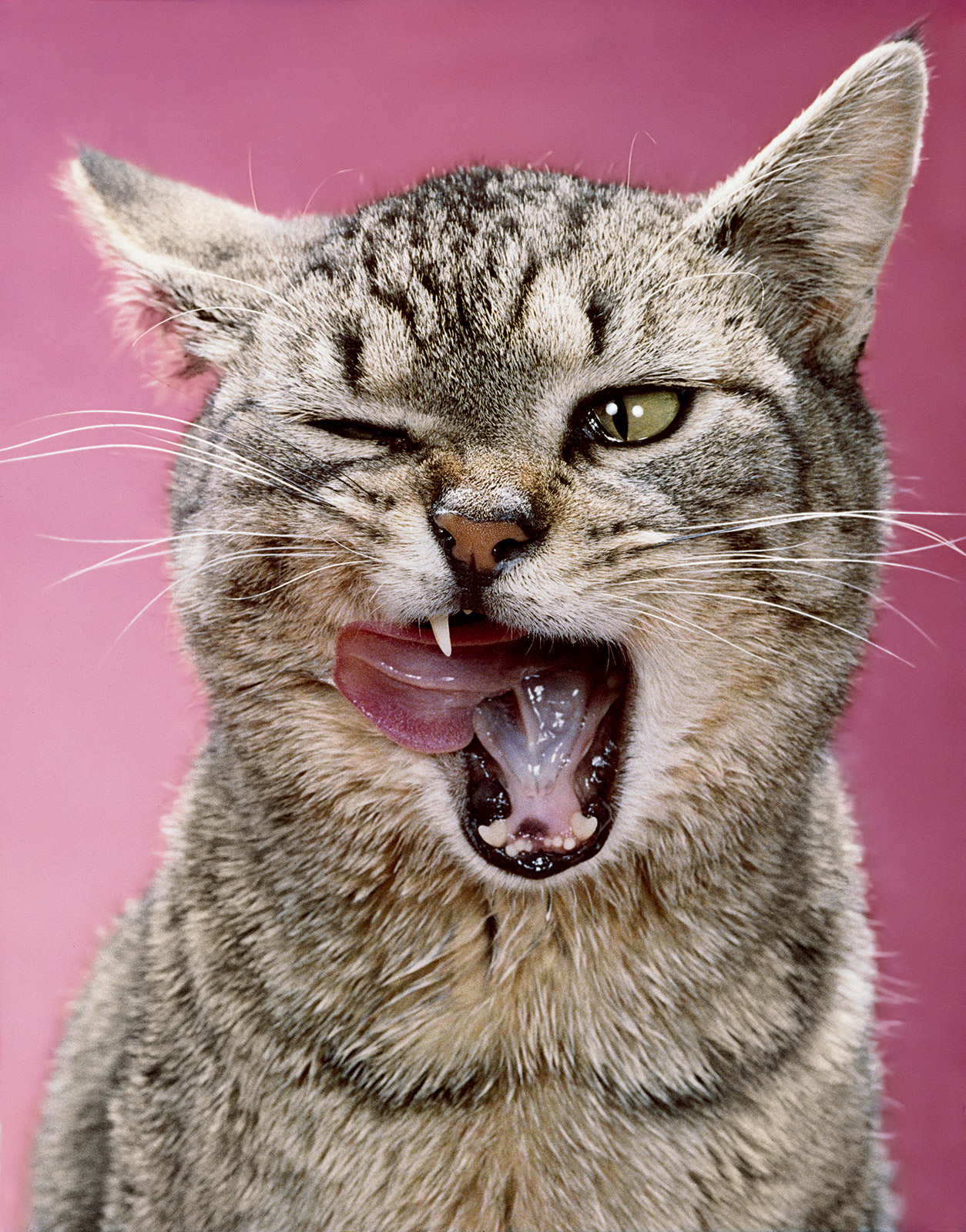 An American shorthair in 1966. 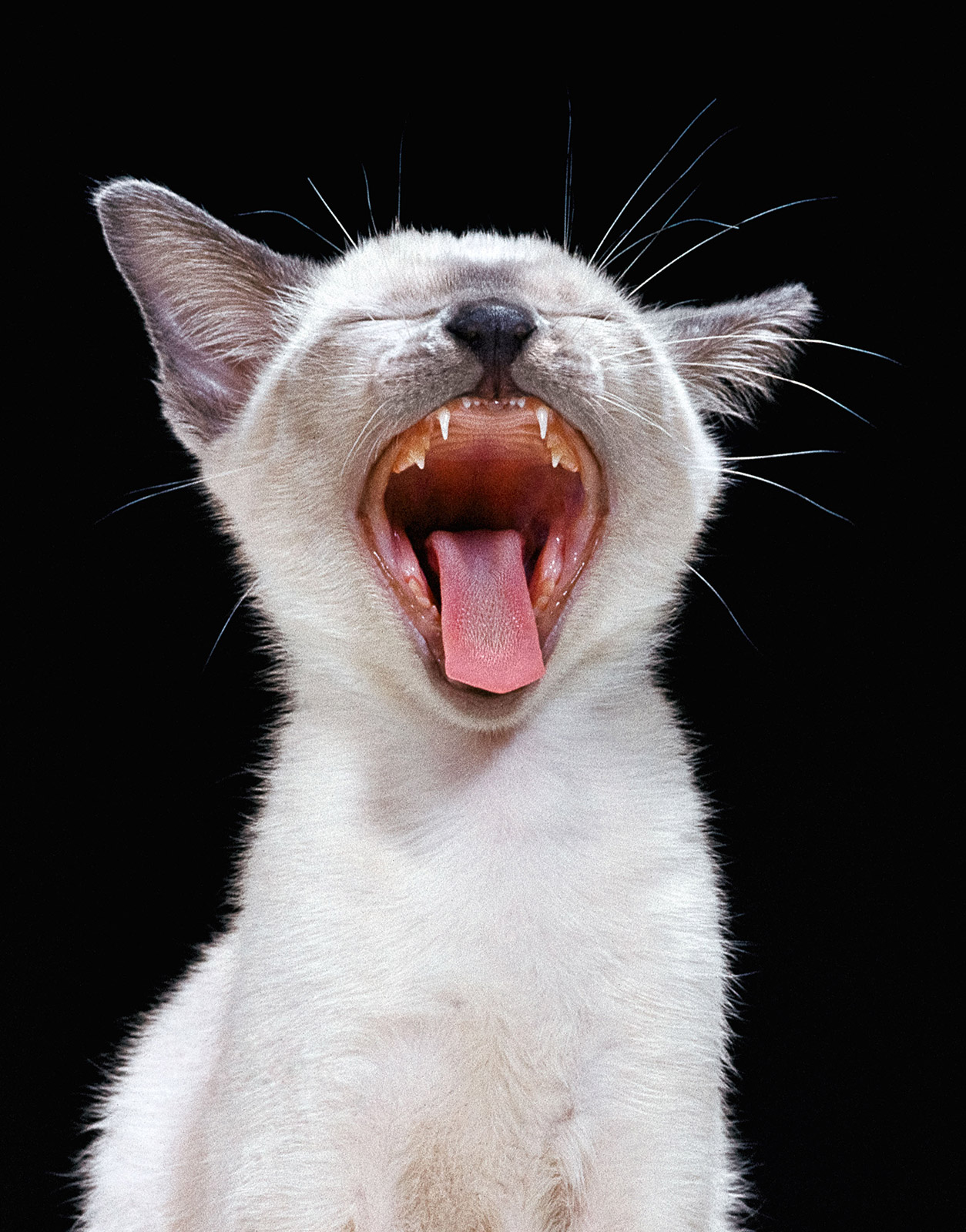 A Siamese cat in 1984. Early in his career, Chandoha sought the advice of a tiger trainer. “To get the shot, you need three things: sound, patience and food.” 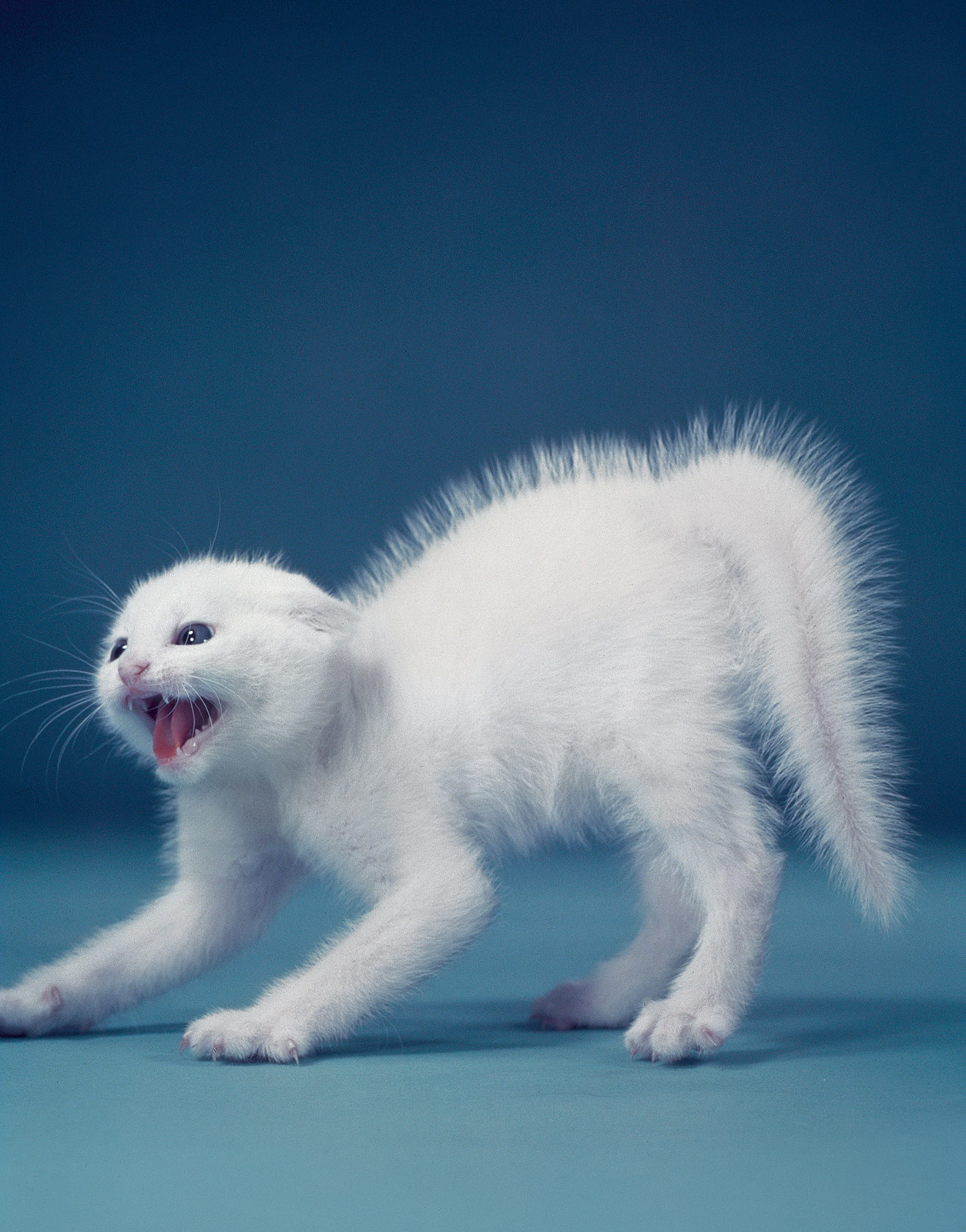 Chandoha’s backlighting technique dramatizes the defensive posture of a kitten seeing a dog in 1957. 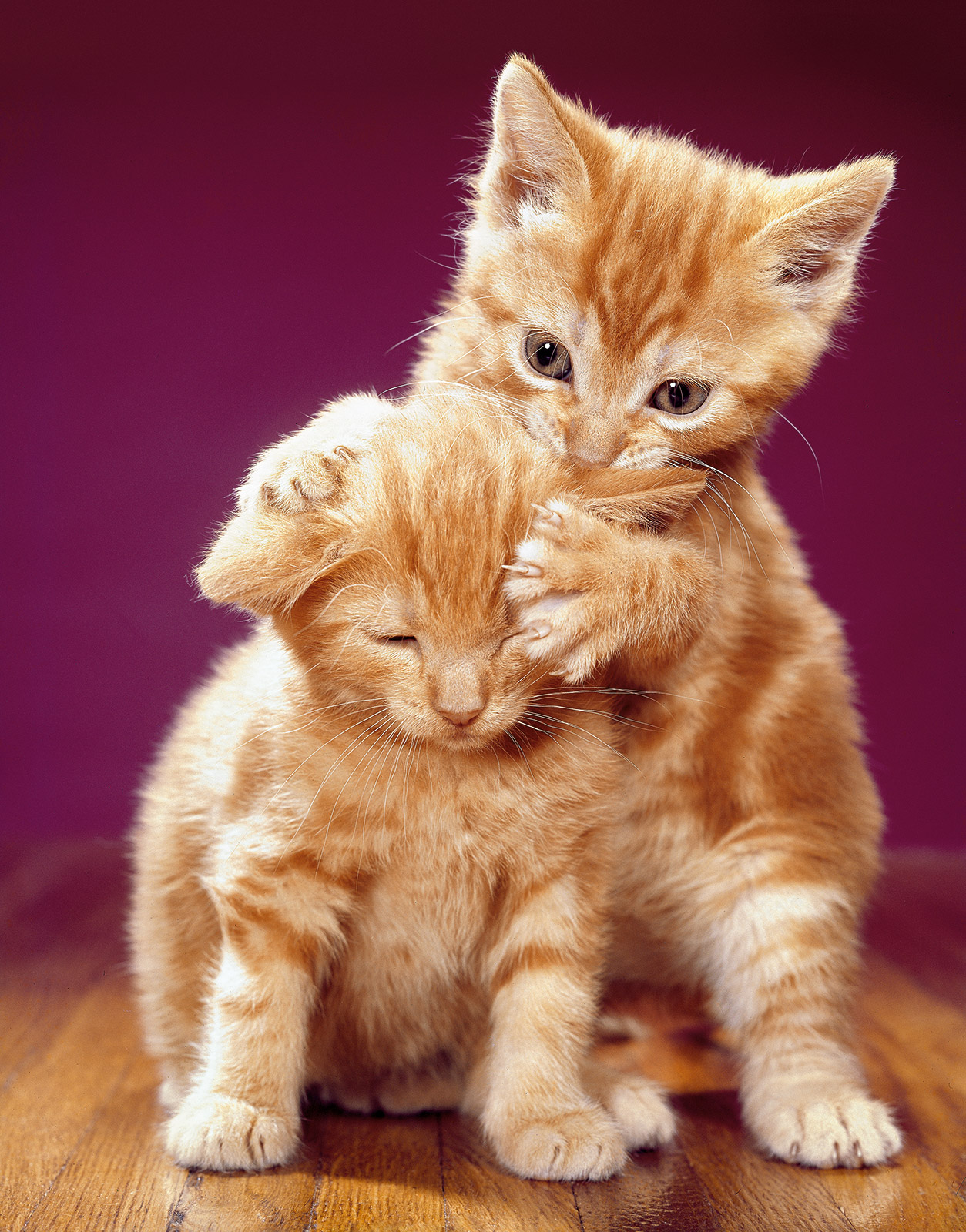 Kittens play together in 1968.

When the Internet became a thing — along with all of its cat photos and memes — her father embraced it, she said.

He would also offer people tips on how to take better cat photos. 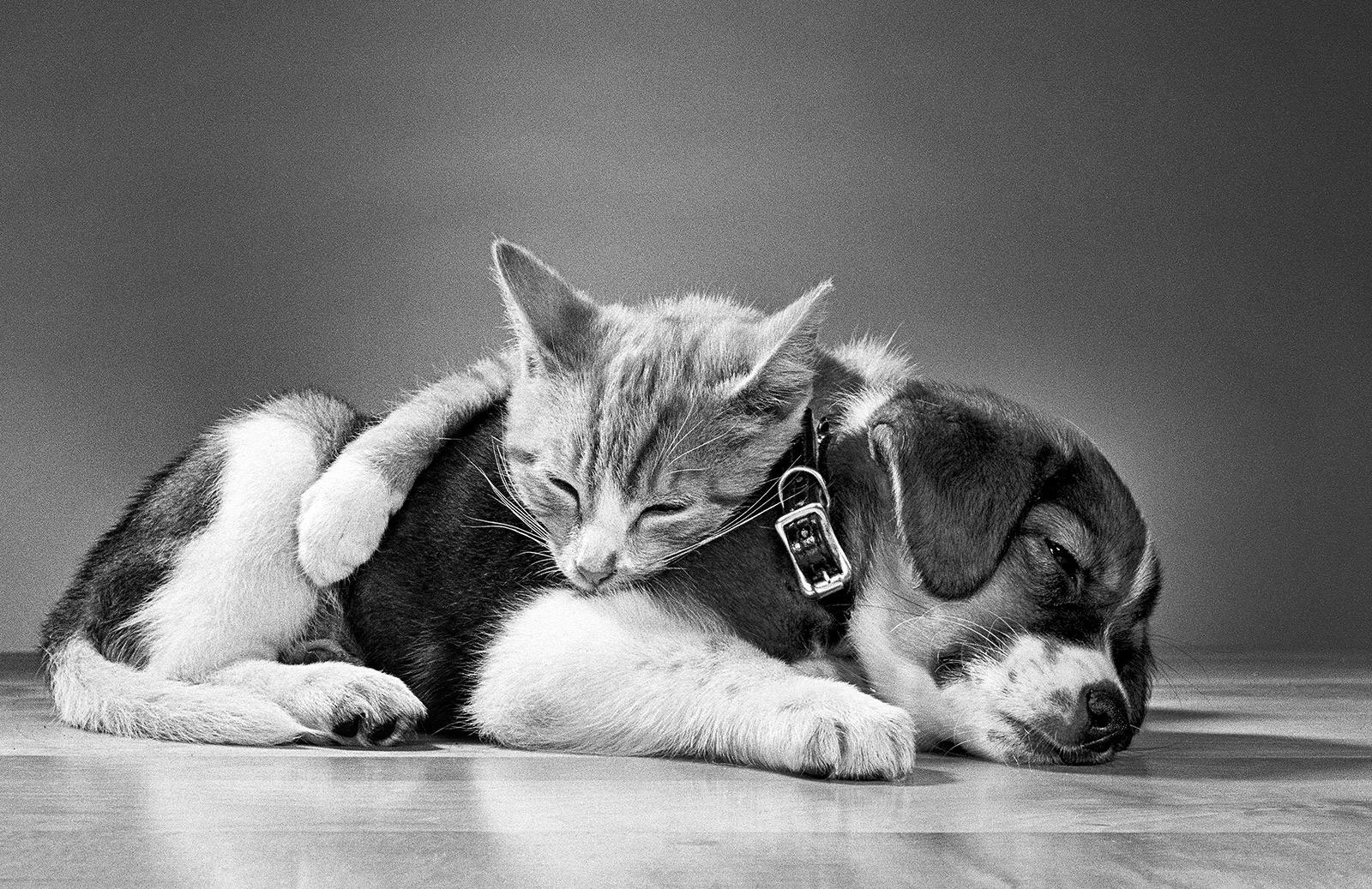 As an example, Fernanda referenced one photo where there are three cats washing themselves on a fence.

“Cats wash after they eat, so he literally followed the cats. He knew their habits, he saw maybe they did that once before, and he got the shot with his beautiful signature backlight.

“A lot of the ‘tricks’ are experience and technical know-how. But it's also being patient and understanding the pets.” 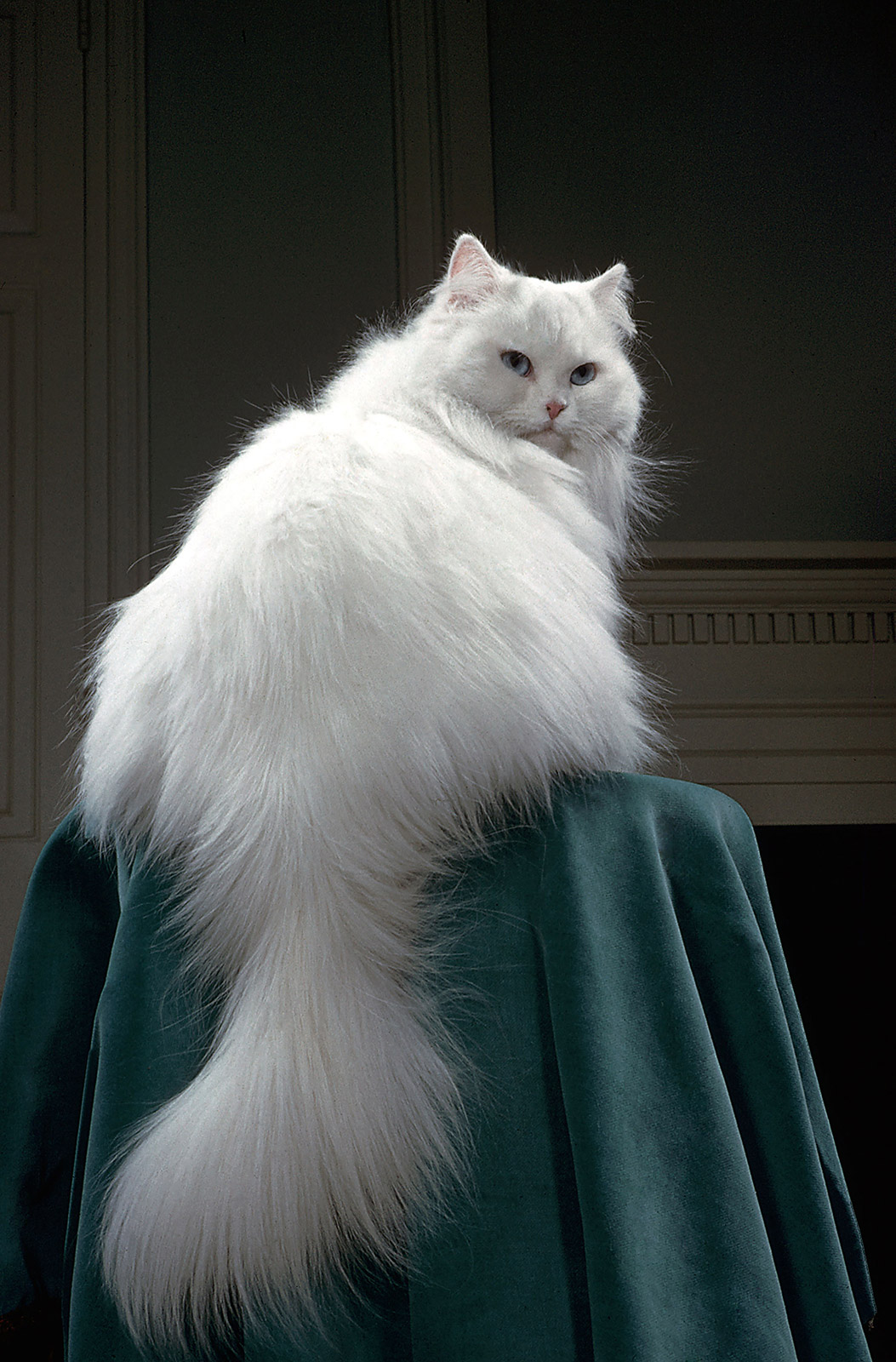 This 1961 photo of a Persian cat is on the cover of Chandoha’s new book. 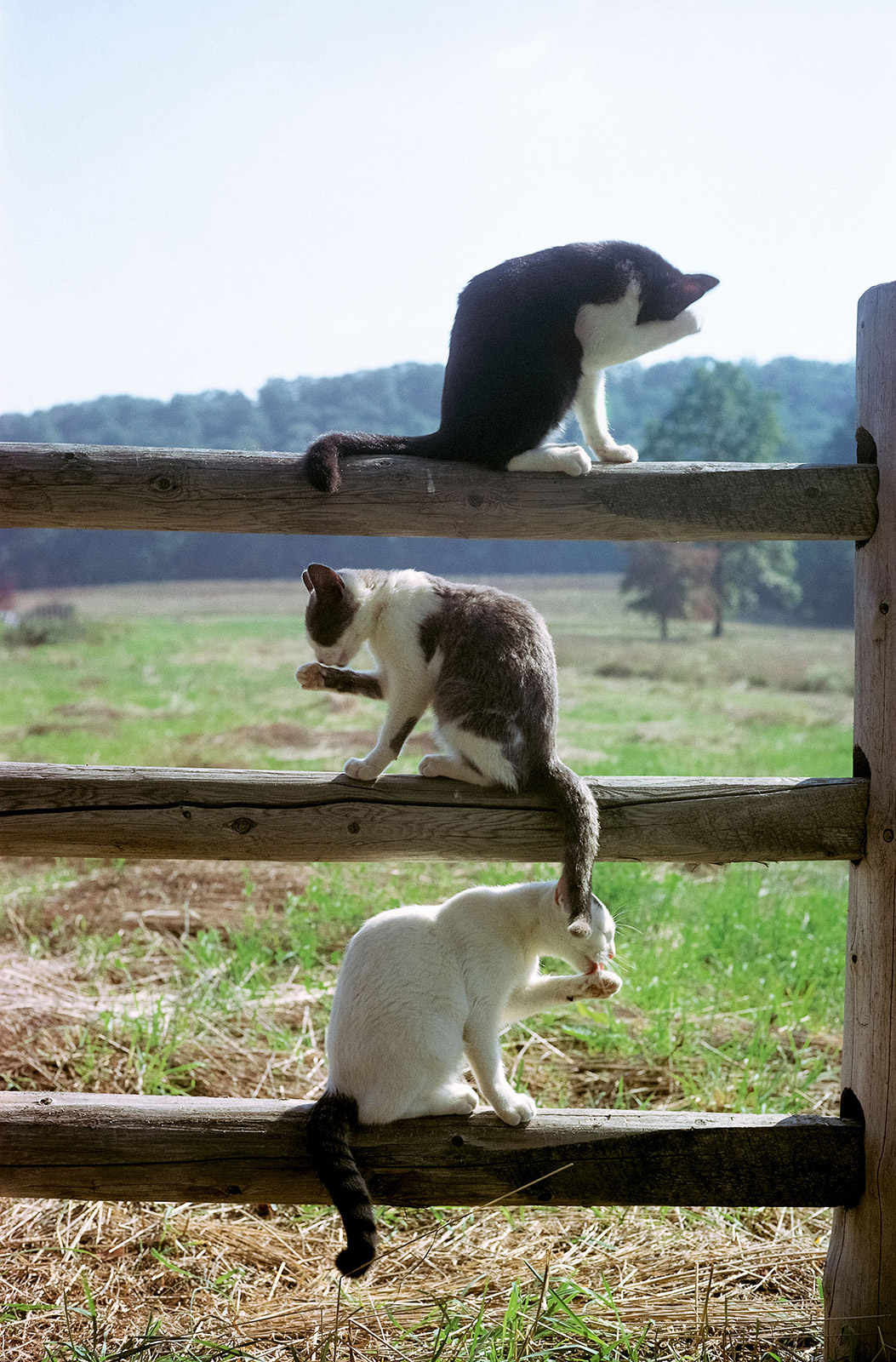 Barn cats wash themselves on a fence in 1982.

Fernanda and her sister Chiara helped their father work on his last book.

He had forgotten about some of the shoots, Fernanda said, and it was fun to rediscover them as they pulled out old negatives and contact sheets.

“There's a purity of going through that book that takes you away from everything that's going on in the world,” Fernanda said. “And I think that was always the case with cats.” 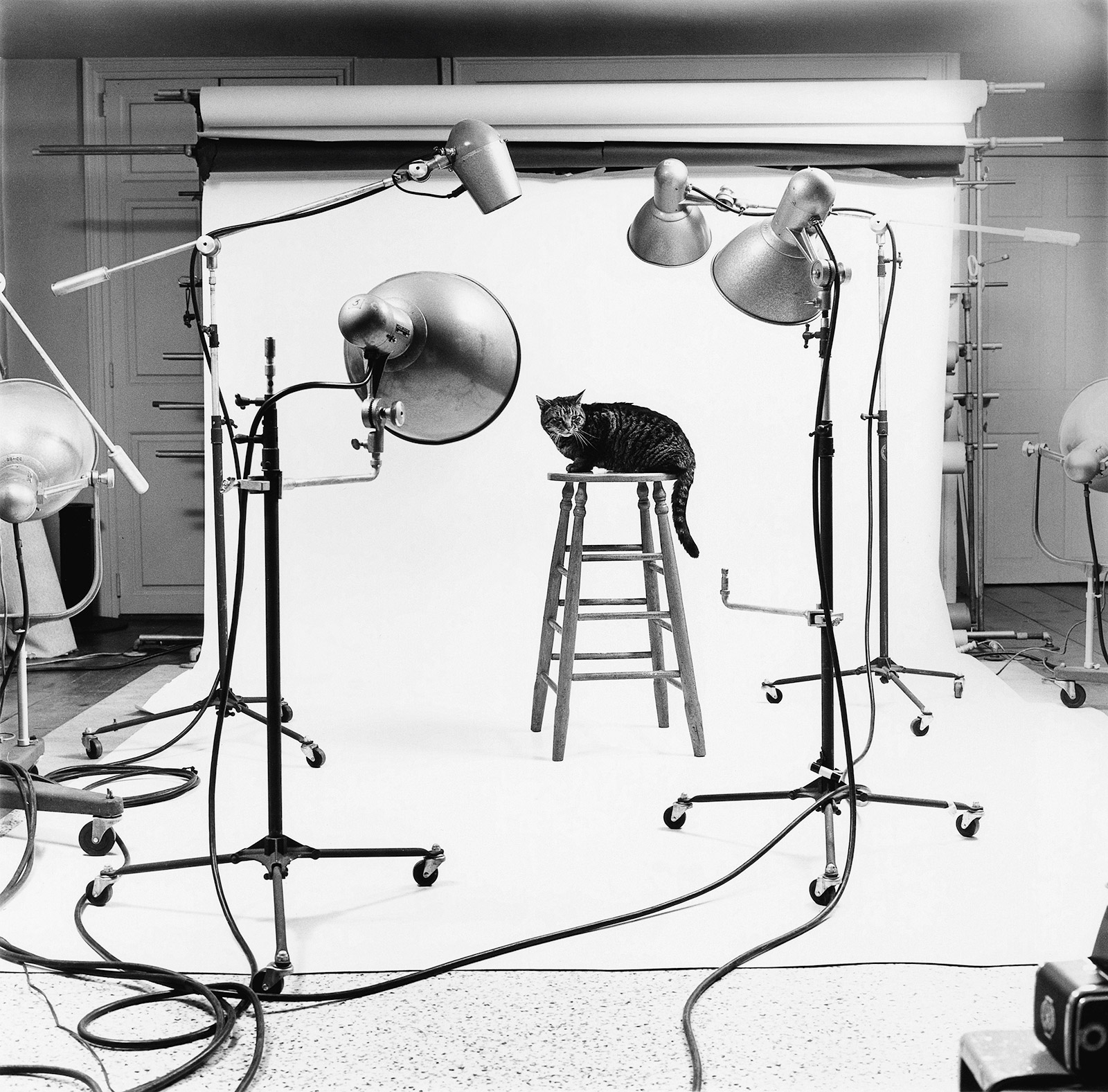 A cat stars in a photo shoot for a Friskies cat-food campaign in 1966.

Walter Chandoha’s final book, “Cats. Photographs 1942-2018,” is available through Taschen. You can also view photos of his archive on Instagram.