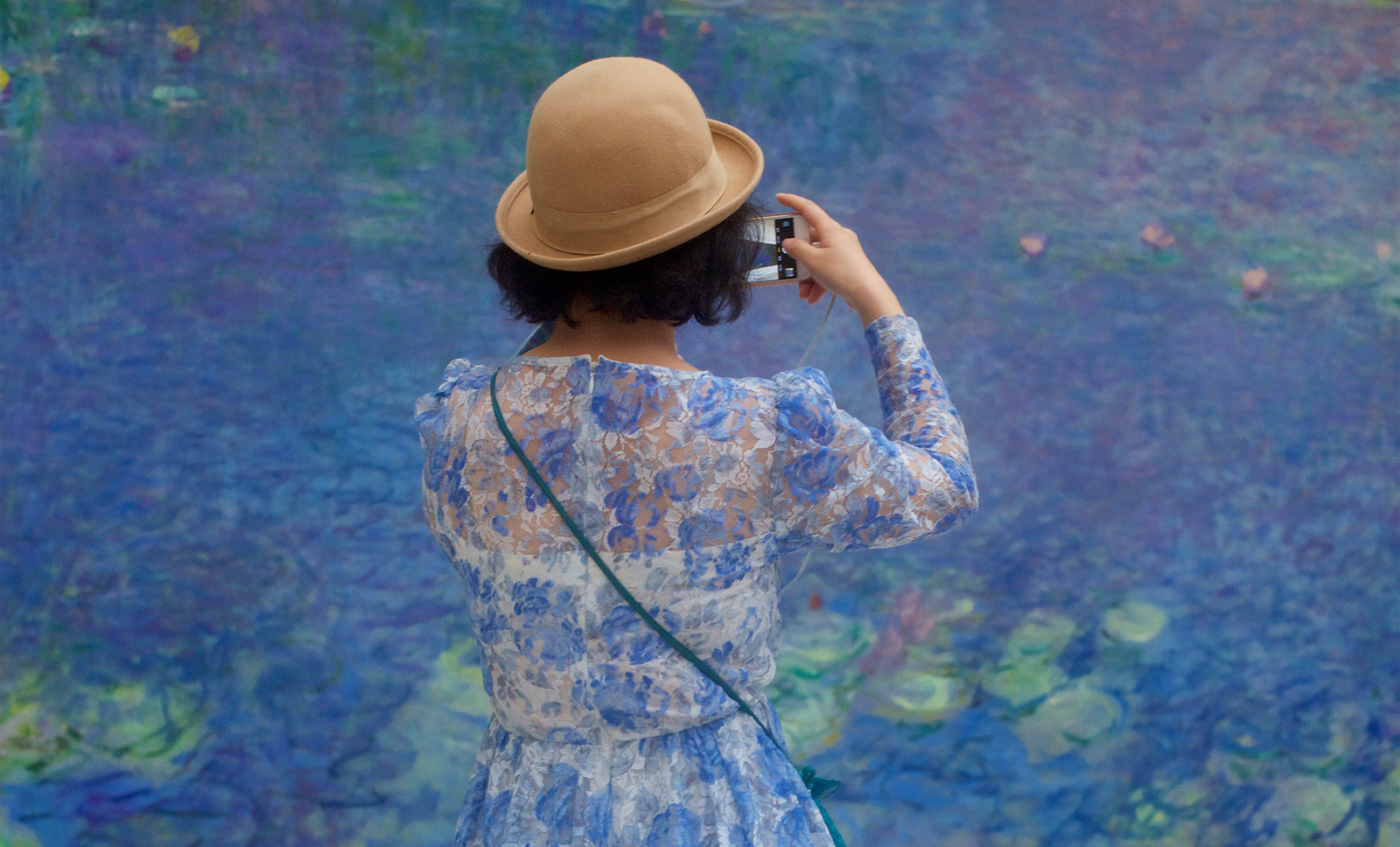 A woman takes a photo of Claude Monet’s “Water Lilies” series at the Orangerie Museum in Paris.

A woman takes a photo of Claude Monet’s “Water Lilies” series at the Orangerie Museum in Paris.

When walking through an art museum, it’s easy to get lost in a beautiful painting.

But the next time you go, take a step back. 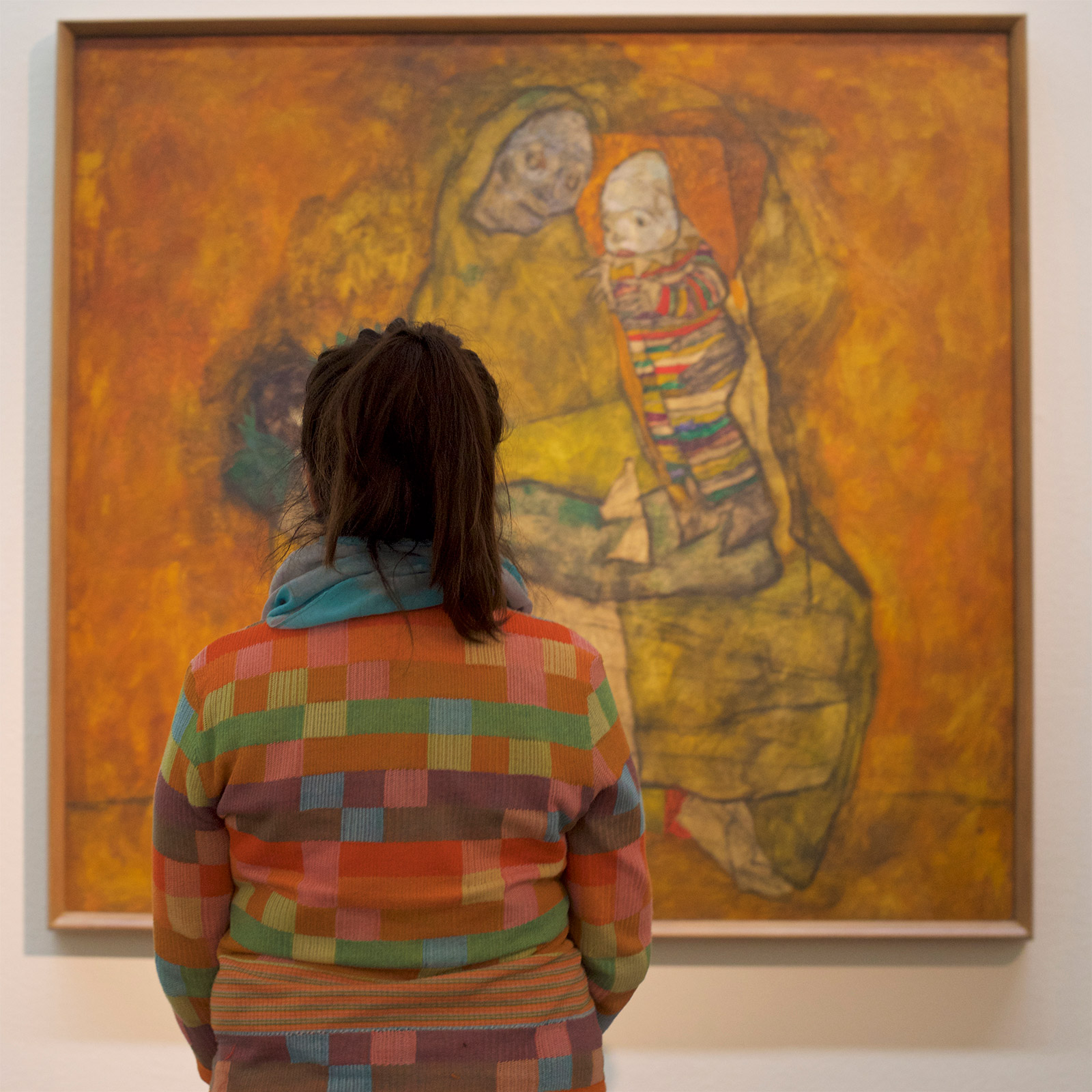 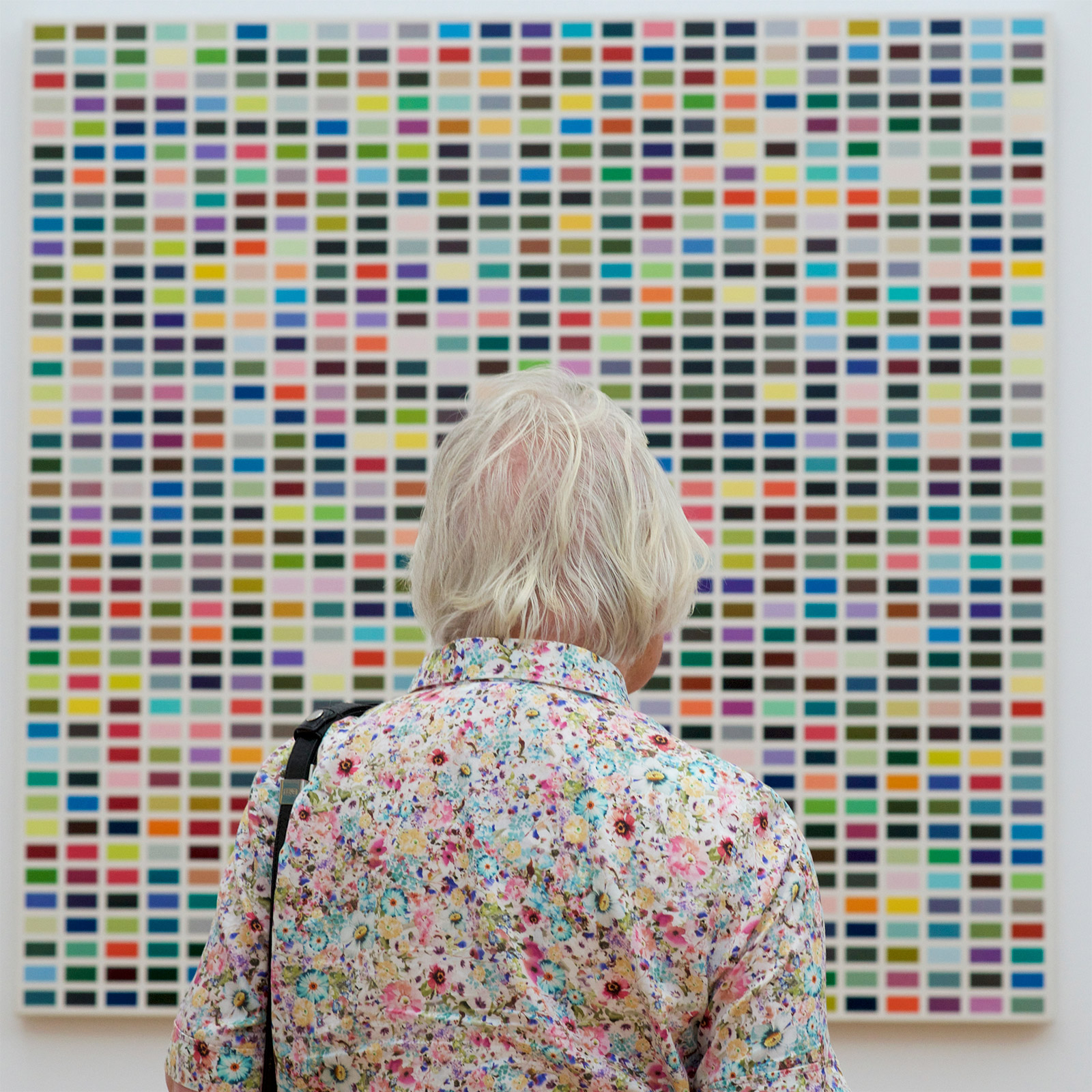 Gerhard Richter’s “1025 Colors” are on display at the Museum Barberini in Potsdam, Germany. 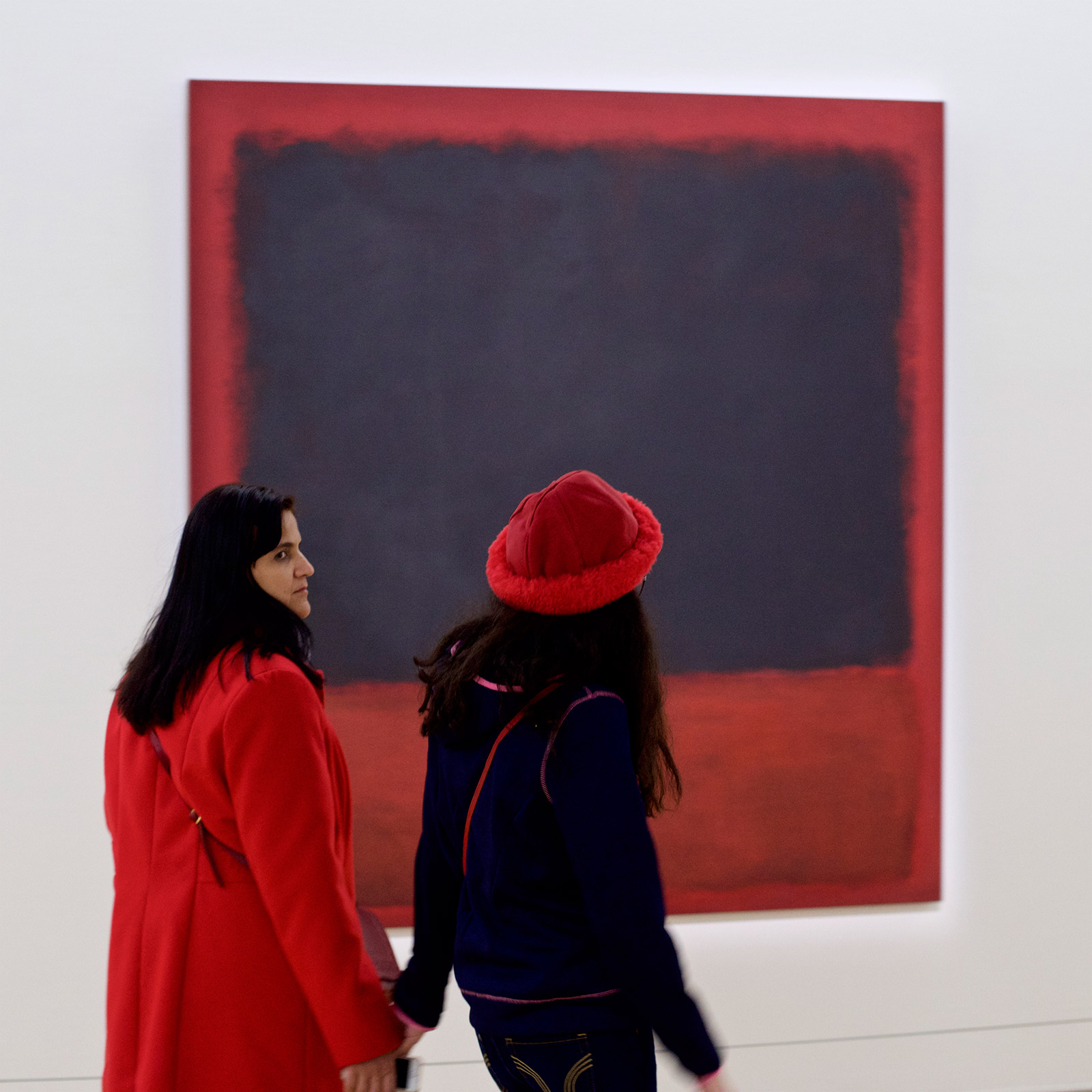 Museumgoers walk by Mark Rothko’s “Untitled (Black, Red Over Black On Red)” at the Pompidou Center in Paris. 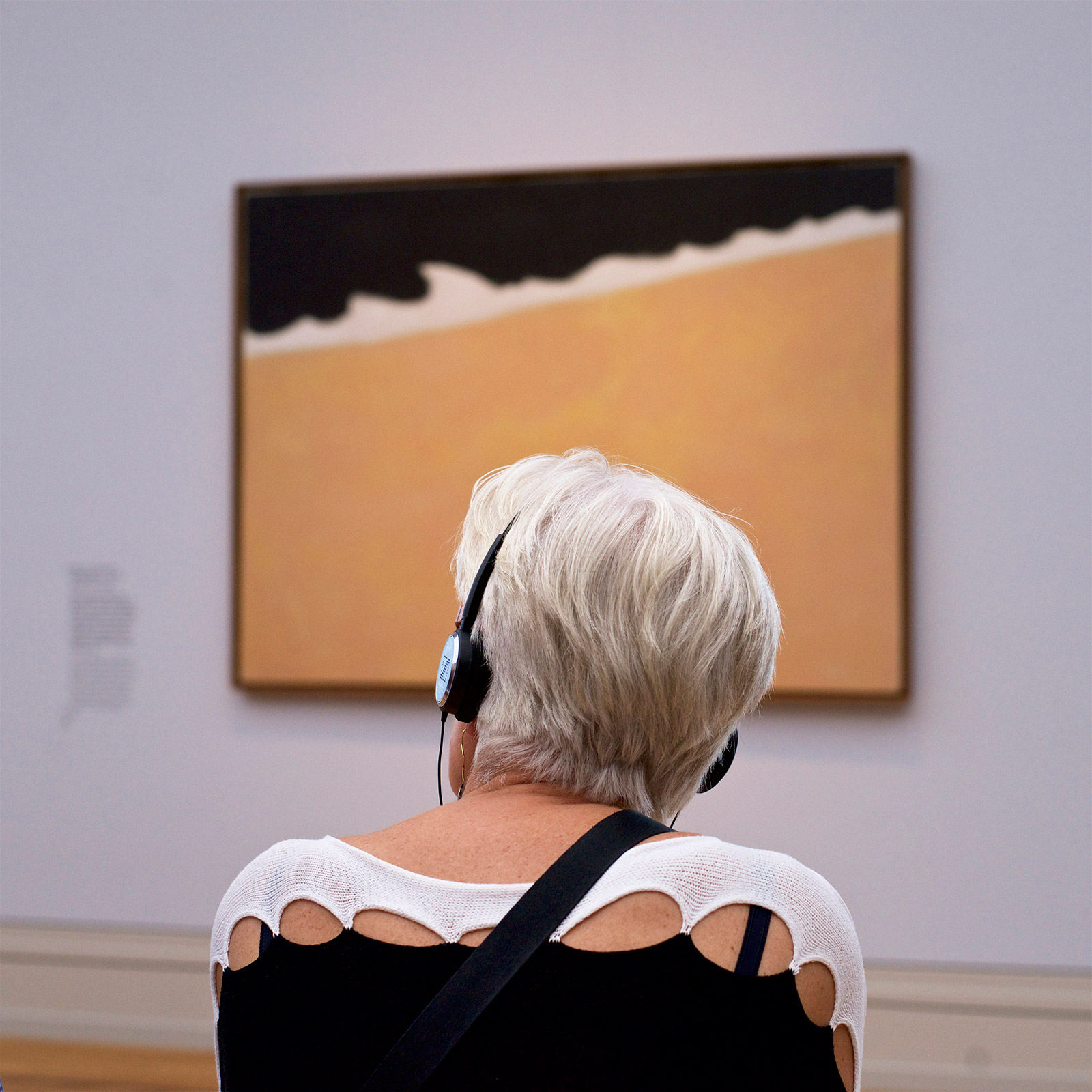 A woman matches Milton Avery’s “Black Sea” at the Museum Barberini in Potsdam.

Photographer Stefan Draschan loves visiting museums, and over the past few years he has observed some striking similarities between the artwork and the people admiring it.

Maybe their clothing matches the colors or the patterns on the artwork. Maybe it’s their hair that matches.

Or perhaps they share a similar pose or theme.

“There’s always something. This world is full of magic,” said Draschan, who has been photographing these scenes since 2015. The best are compiled in a new book, “Coincidences at Museums.” 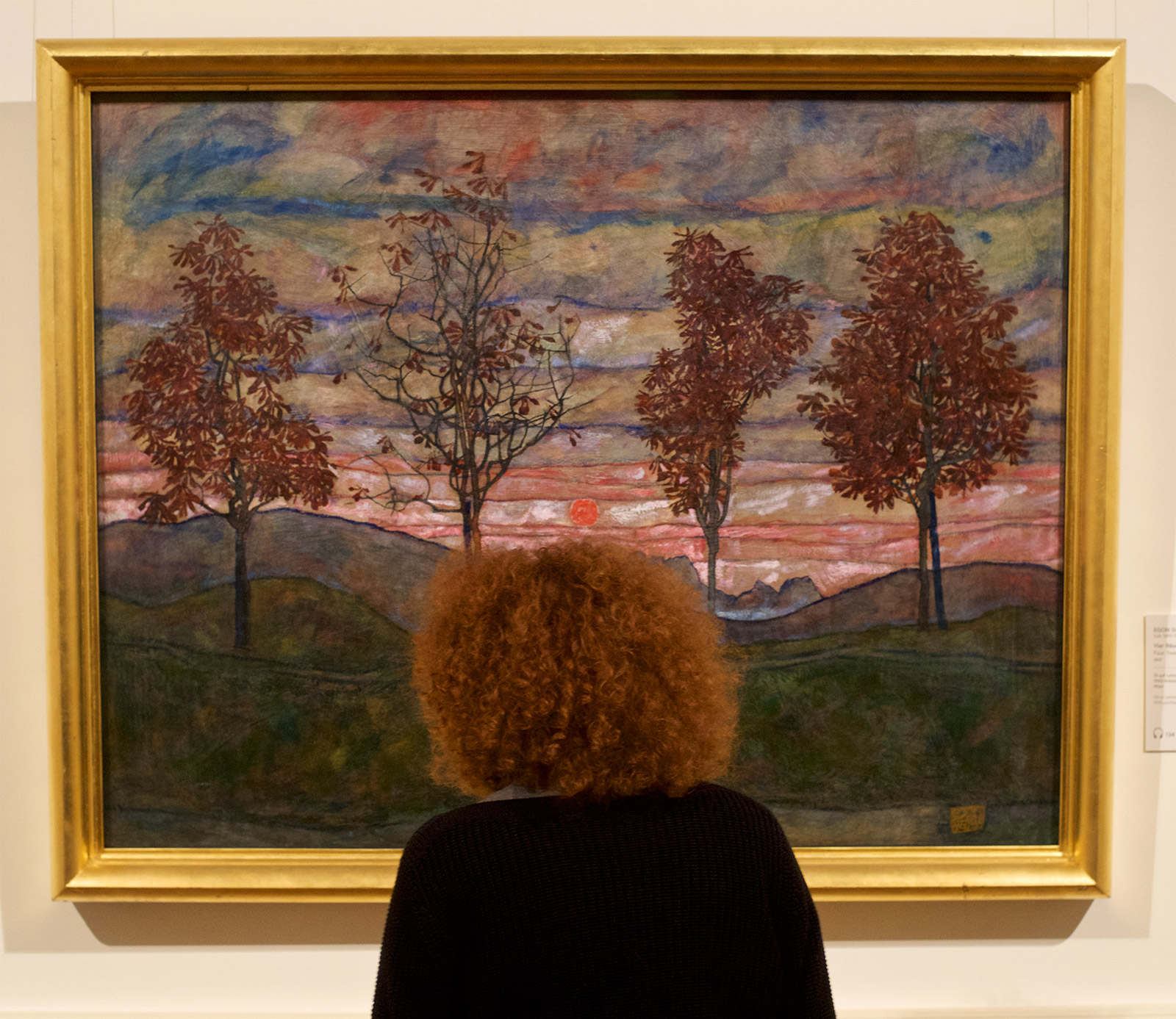 Egon Schiele’s “Four Trees” have company at the Belvedere Gallery in Vienna. 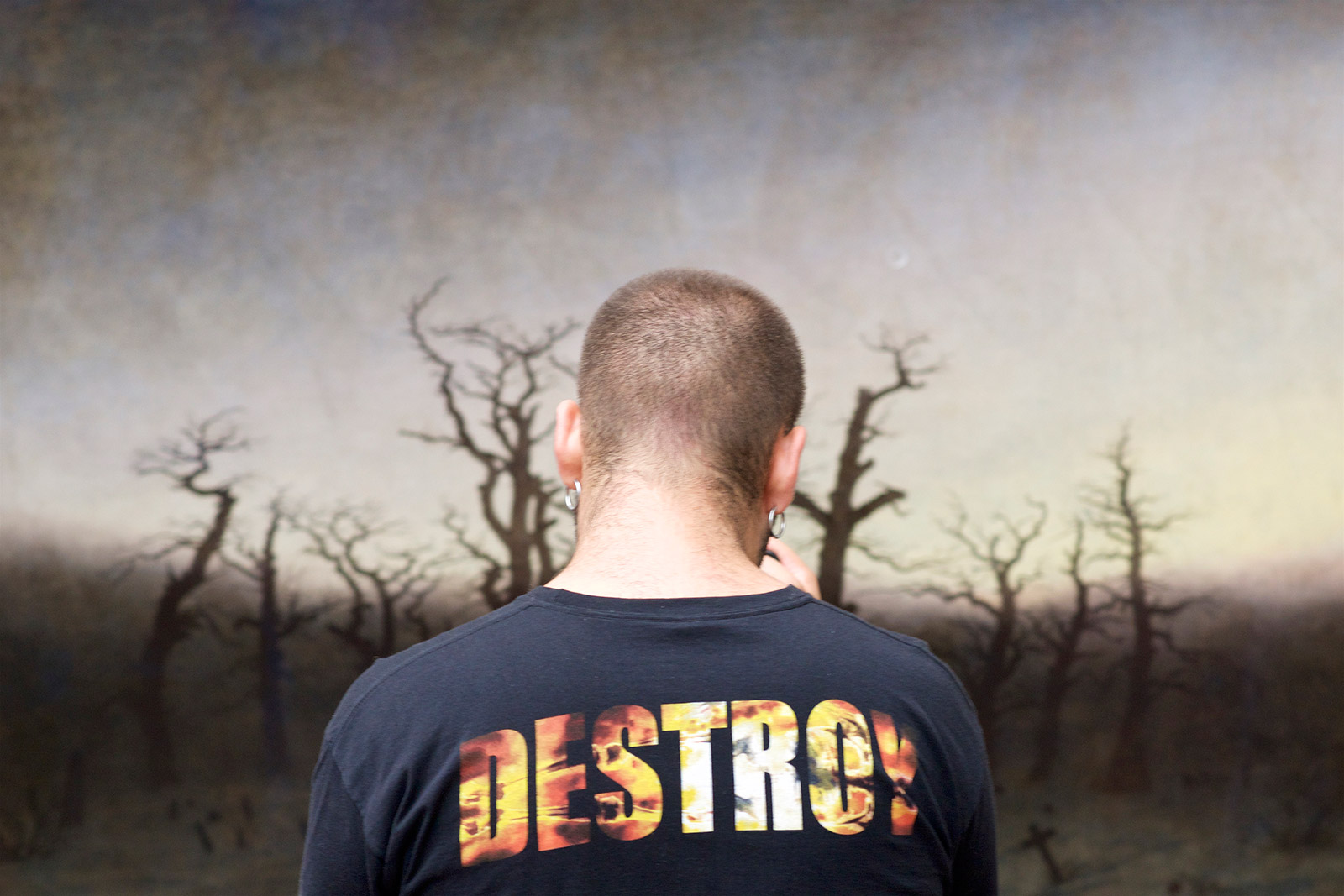 A man’s T-shirt matches the mood of Caspar David Friedrich’s “The Abbey in the Oakwood” at the Old National Gallery in Berlin.

There’s no shortage of wonderful museums around Draschan, a Vienna, Austria, native who has lived in Berlin and Paris. And anytime he visits someplace new, he scopes out their best museums.

“Museums are, for me, the top destination of any city,” he said. “They are free spaces. There's no car traffic, there's no noise. It's just beautiful during the day.”

Many of them allow photography, too, and that gives Draschan a license to add to his unique collection of photos. 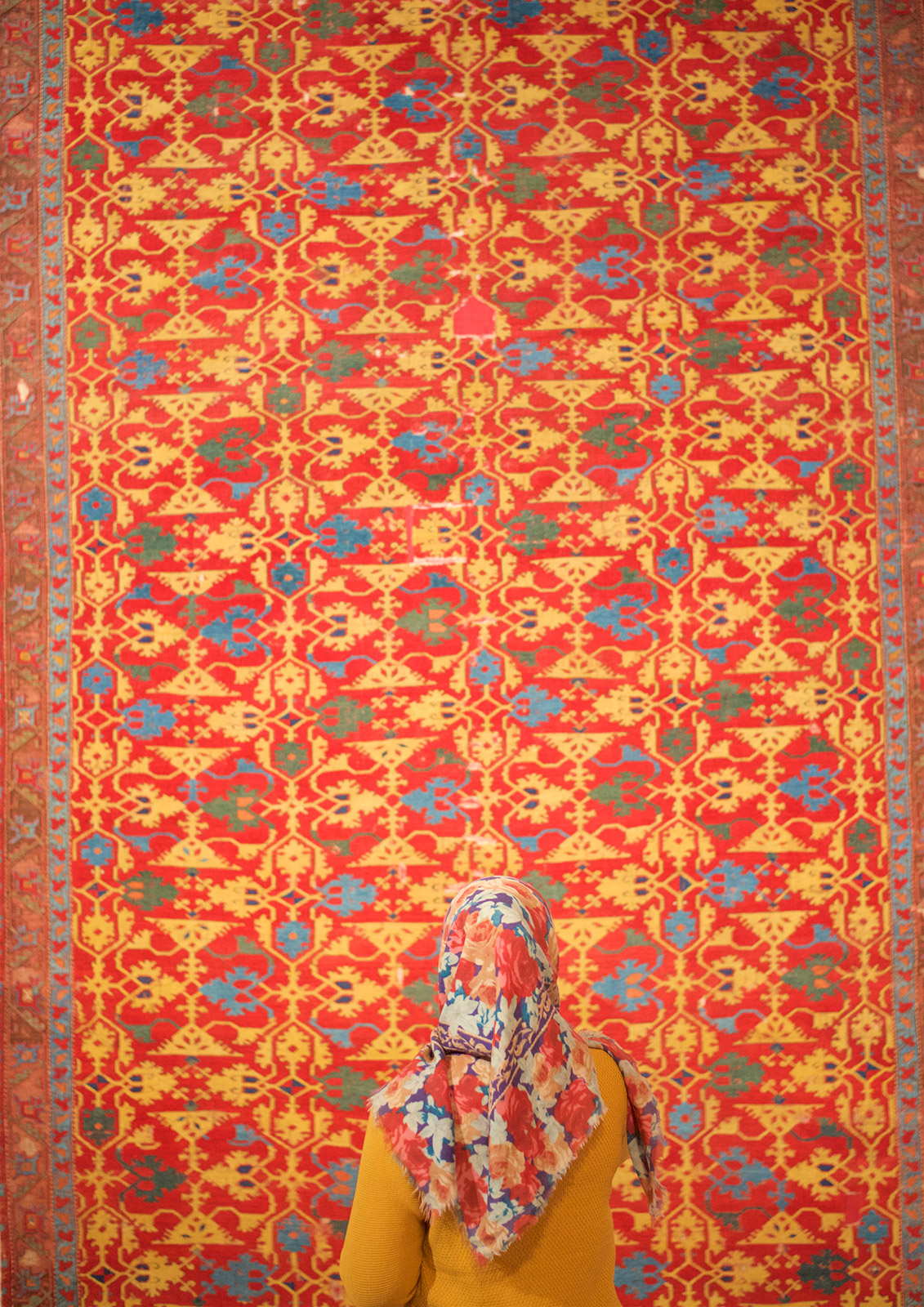 A woman blends in at the Pergamon Museum in Berlin. 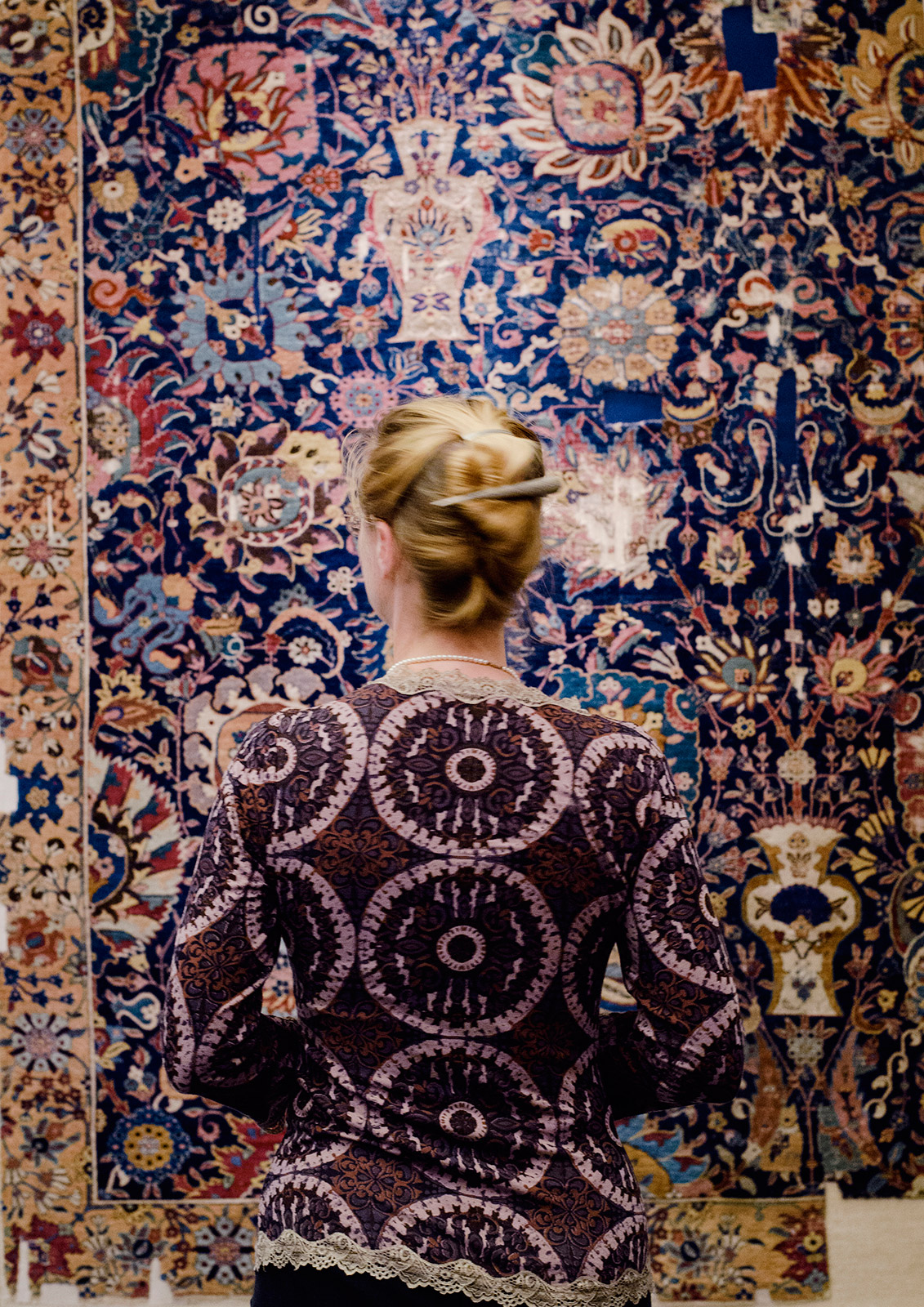 Another camouflaged shirt at the Pergamon Museum in Berlin.

He’ll roam the halls and watch the people. Because he knows the paintings so well in certain museums, he can spot similarities and anticipate a good photo before people even get to the artwork that they match. He can even spot someone outside, waiting in line.

Then it’s a matter of hoping that the museumgoer makes their way to that art and stays there long enough for a good photo. They usually do — and Draschan doesn’t think it’s by chance.

“There's some subconsciousness I think that draws people to (certain art). If they have some similarity, they will stop there,” he said. 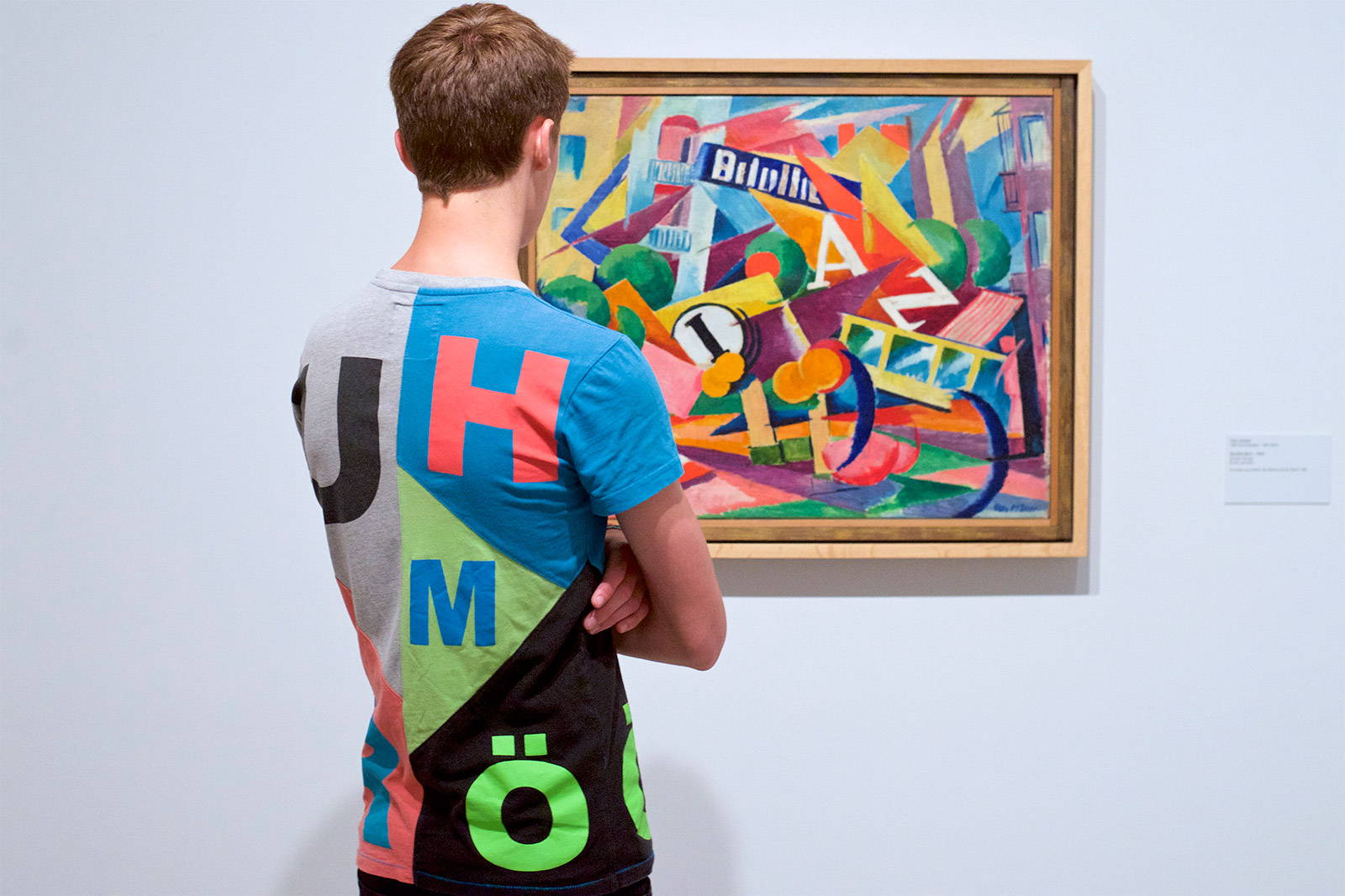 A man checks out Otto Moller’s “Street Noise” at the Berlin Gallery. 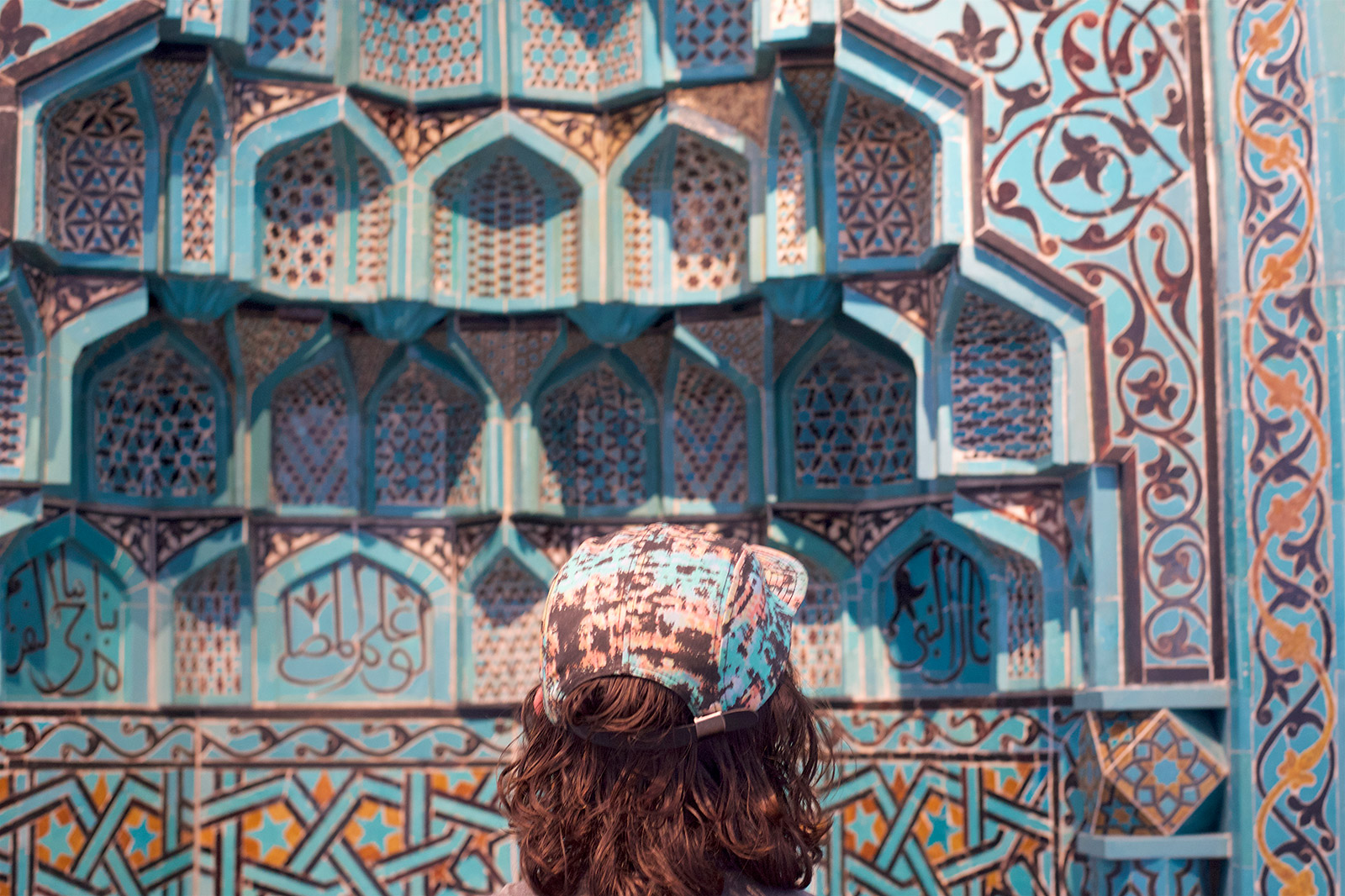 A hat matches a display at the Pergamon Museum in Berlin.

Not every exhibit allows photography, and Draschan, for the most part, respects museum policies. But if a photo opportunity is too good to pass up, he’ll take the shot.

“Some of my best photographs have (been in those places), where I was touched on the shoulder by security,” he said. “It's risky and I don't like it at all, but if there's no other possibility … it's art! I'm not flashing or damaging the artwork or anything.”

One time he successfully pleaded his case to a guard.

“I just looked at the security and showed him that a person was a fantastic match. And he looked away.” 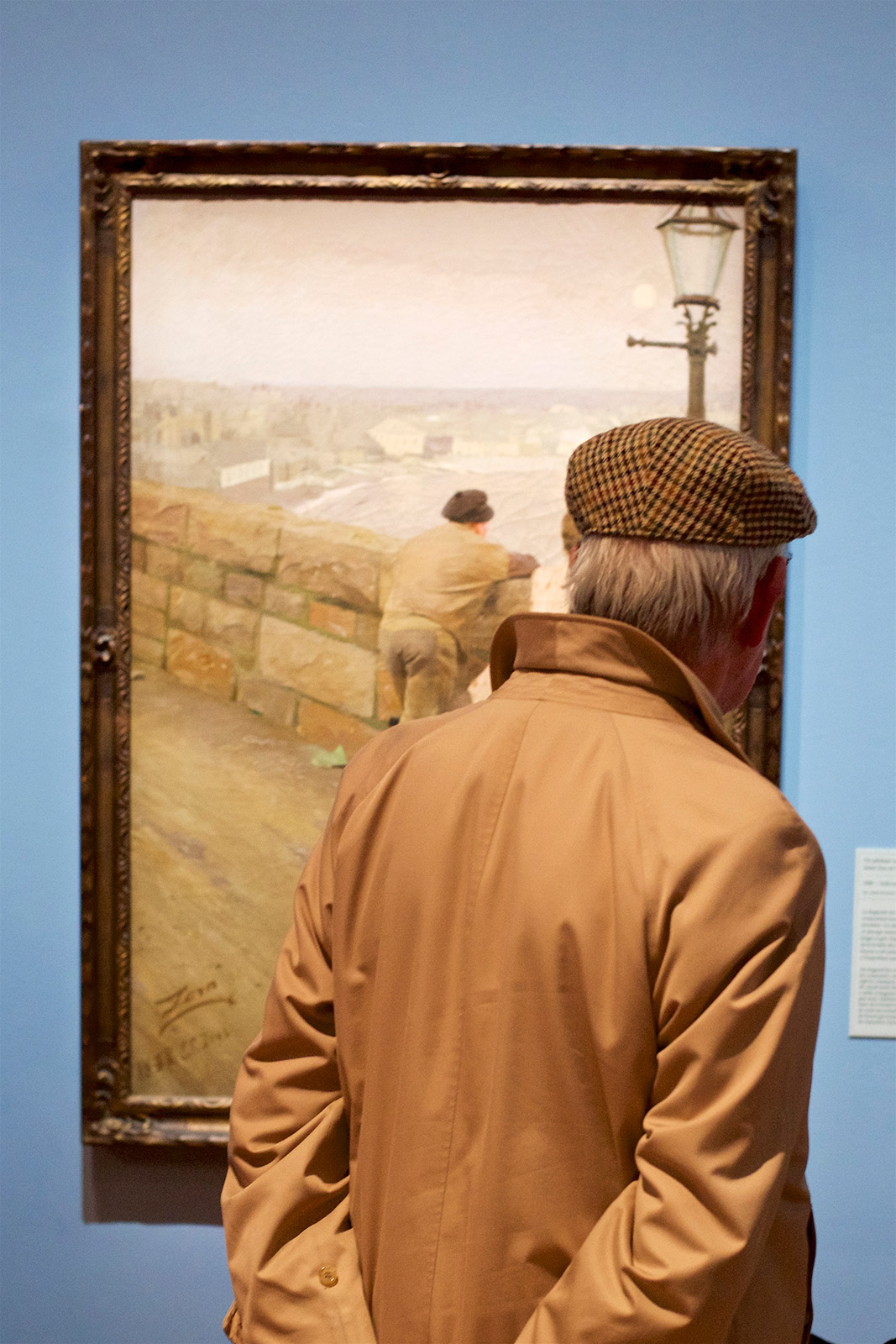 A man’s dress and body language resemble Anders Zorn’s “A Fisherman” at the Orangerie Museum in Paris. 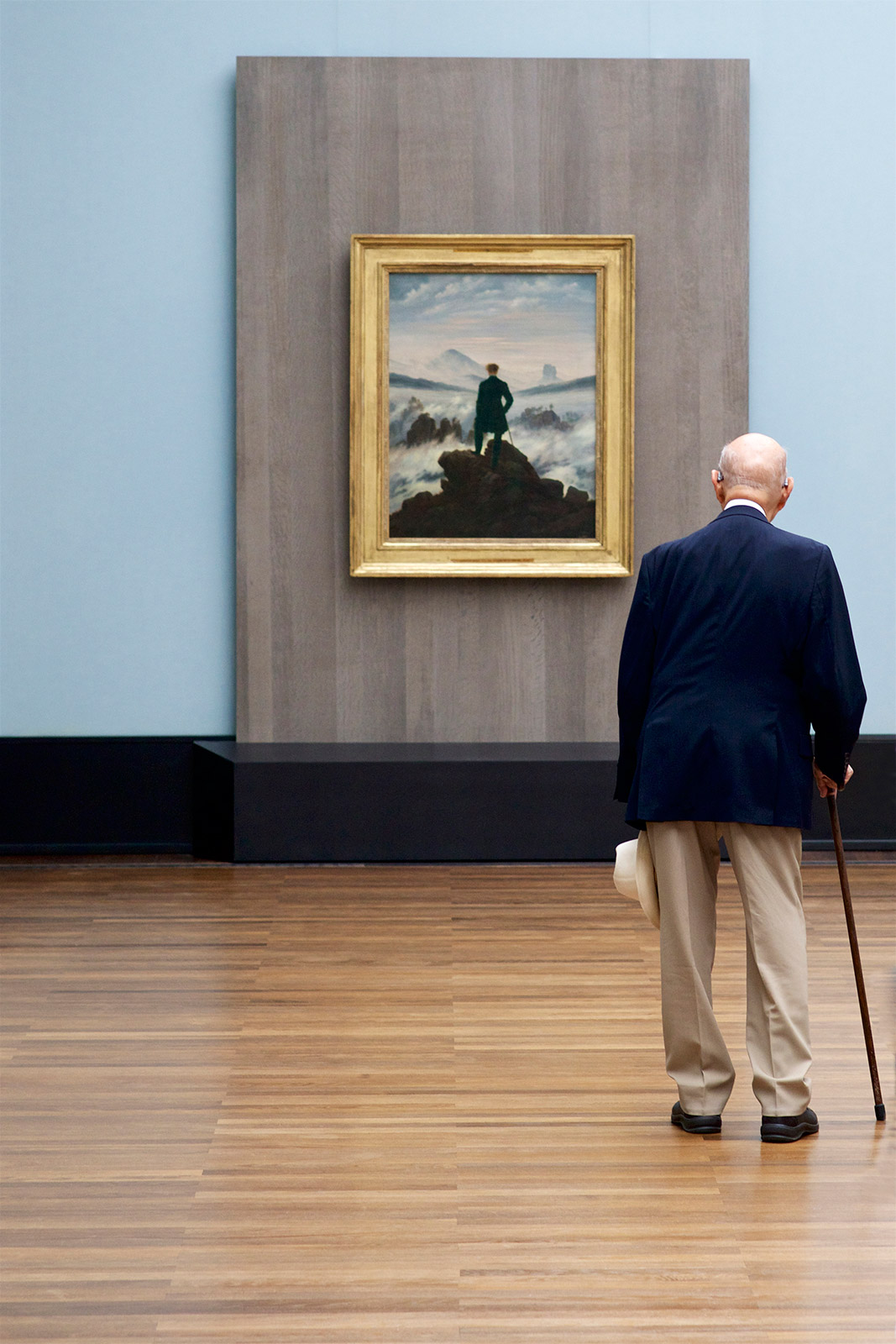 A museumgoer stops to see Caspar David Friedrich’s “Wanderer above the Sea of Fog” at the Old National Gallery in Berlin.

Draschan will usually spend a couple of hours at a time at one museum, waiting for a photo opportunity. Sometimes it never comes. But he doesn’t get bored. “I have my favorite paintings everywhere,” said the art lover, who also has a similar photo series called Cars Matching Homes.

He has taken photos in 40-50 museums, he’s estimated, and he wants to keep trying new places. The goal is to have at least one great photo from each museum.

He says if he goes a few days without visiting a museum, he feels out of balance. 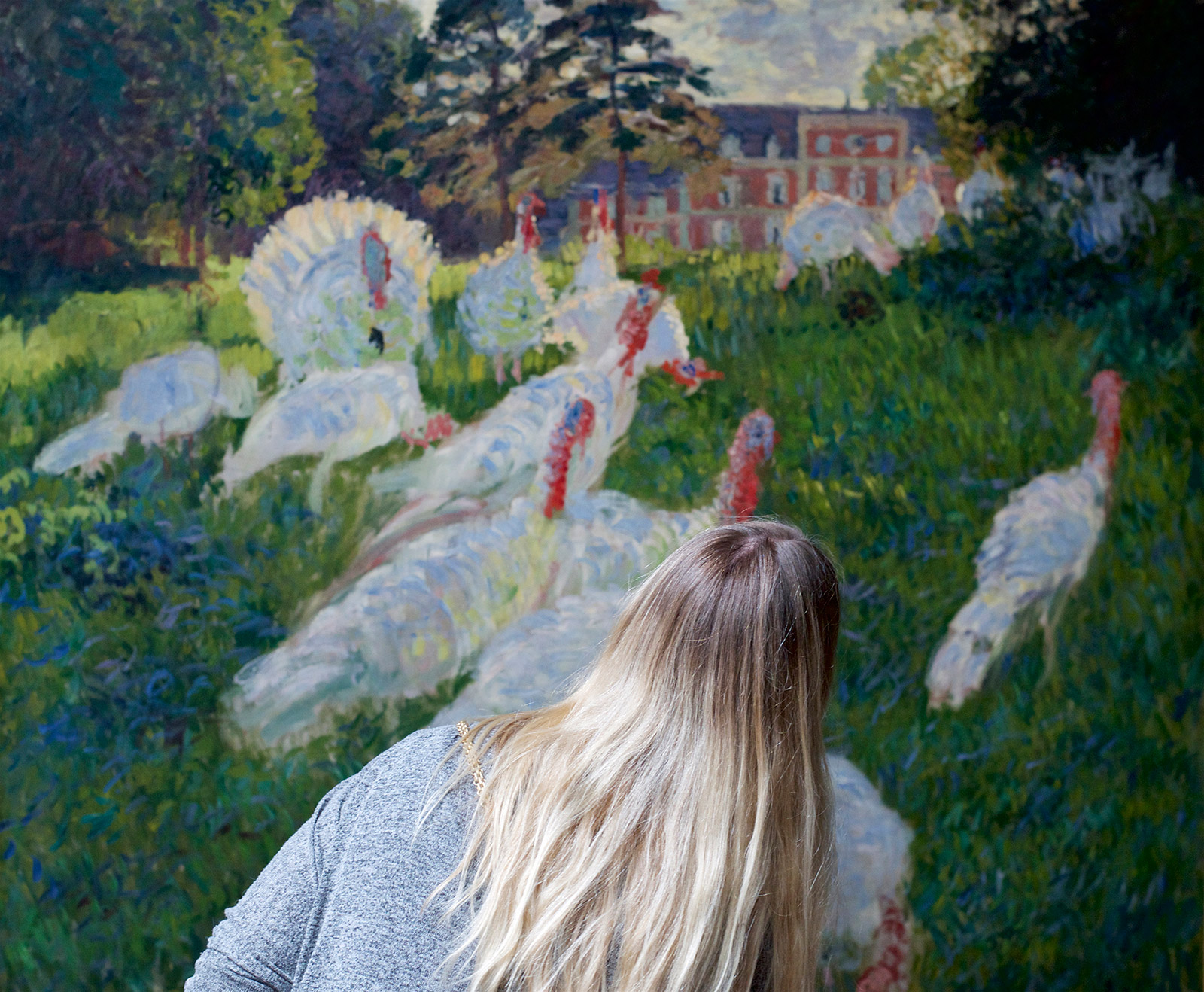 A museumgoer admires Claude Monet’s “The Turkeys” at the Orsay Museum in Paris. 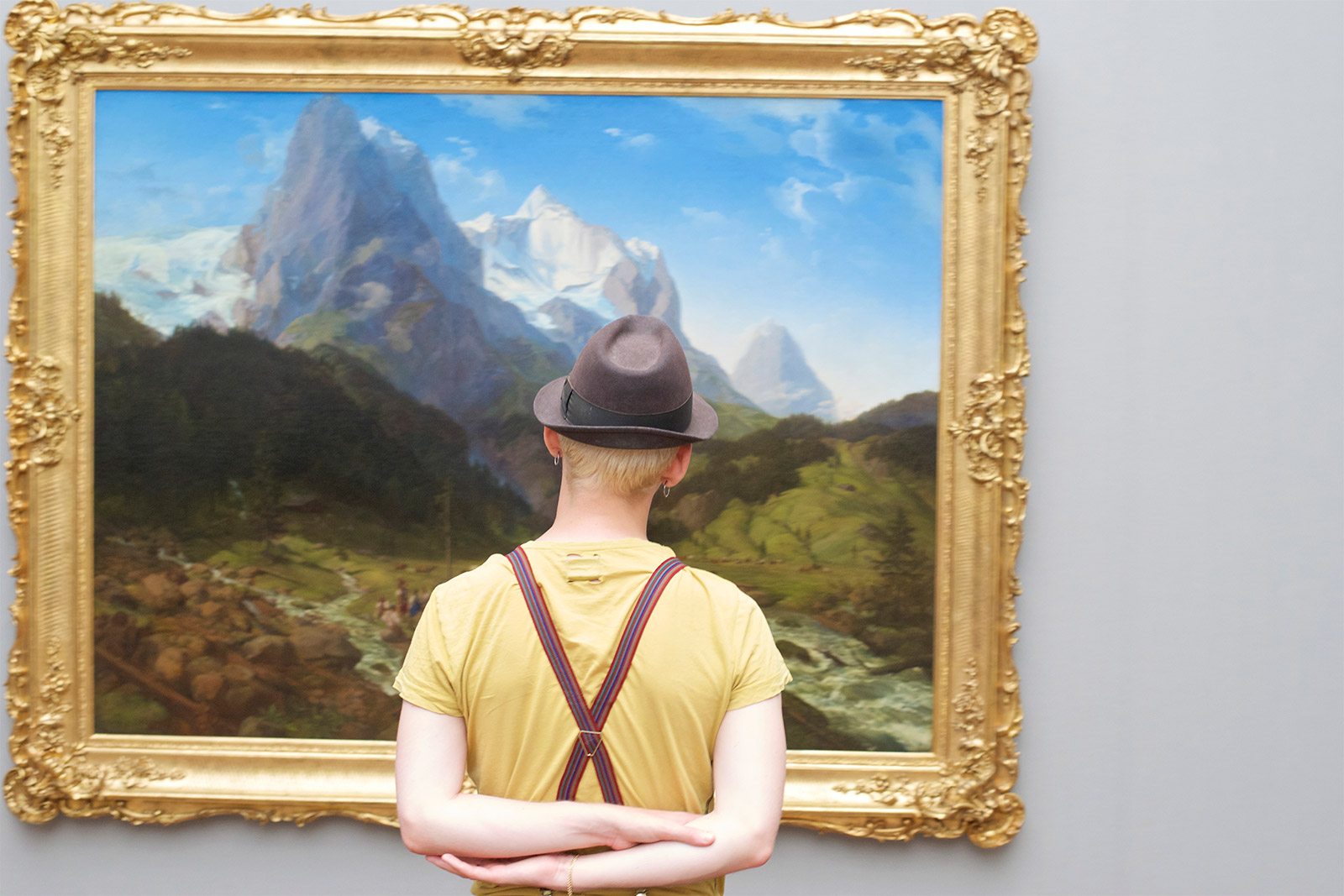 This man looks as though he could have stepped right out of Ernst Ferdinand Oehme’s “Das Wettenhorn” at the Old National Gallery in Berlin.