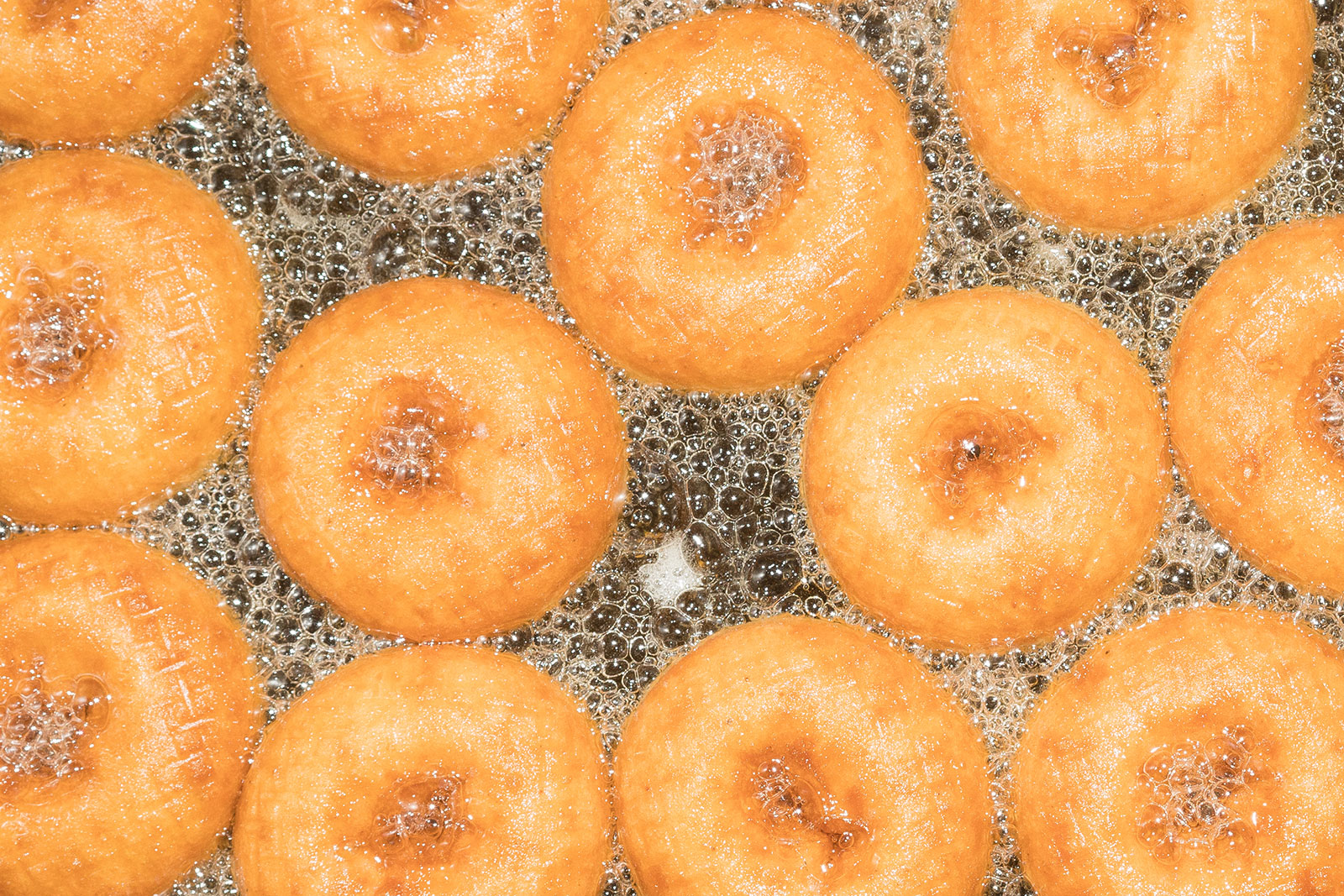 Doughnuts fry at The Donut Man shop in Glendora, California.

Doughnuts fry at The Donut Man shop in Glendora, California.

When you think of Los Angeles, what’s the first food that comes to mind?

Maybe you think of tacos. Or In-N-Out burgers. The French dip sandwich was created not in France, but in L.A. There are also Dodger Dogs, awesome Asian restaurants and Roscoe’s chicken and waffles.

But don’t sleep on the doughnut.

“L.A., with one of the highest concentrations of doughnut shops anywhere, is the undisputed doughnut capital of the United States,” says photographer Theo Stroomer, who has spent the past year visiting hundreds of doughnut shops in the metropolitan area. 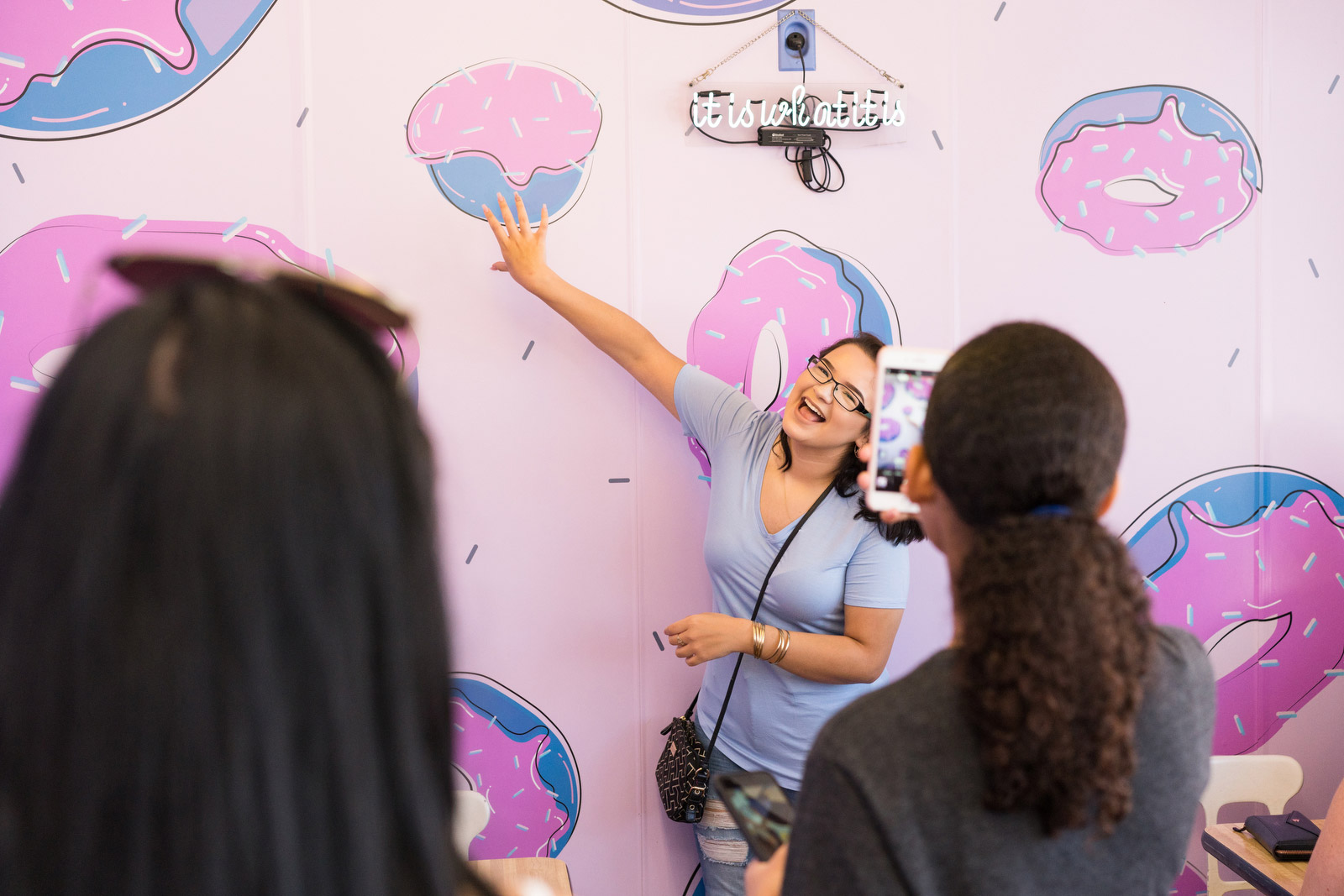 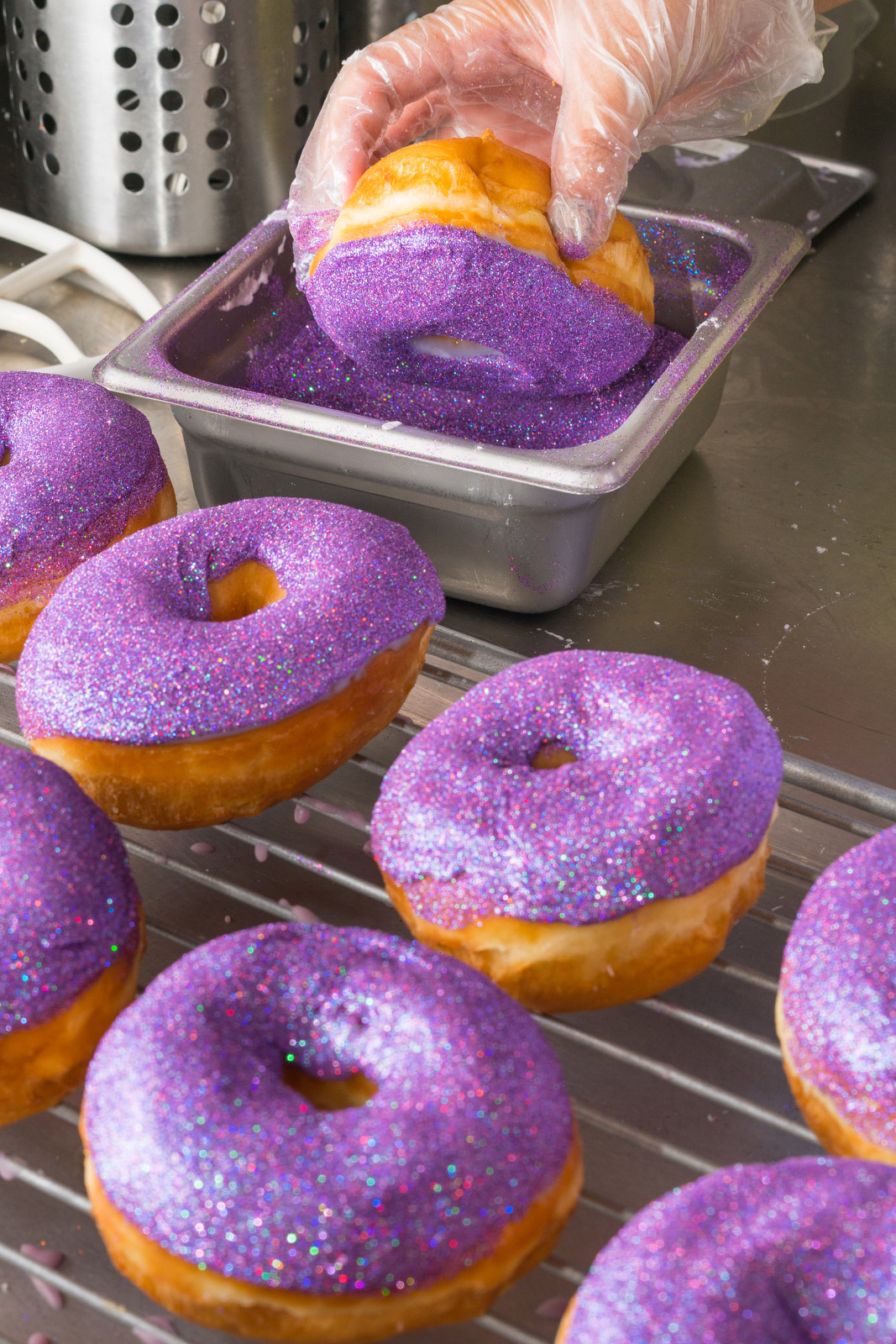 A doughnut is prepared at the Donas shop in Downey. “They make these glitter doughnuts with edible glitter, and they're just spectacular to look at,” Stroomer said. 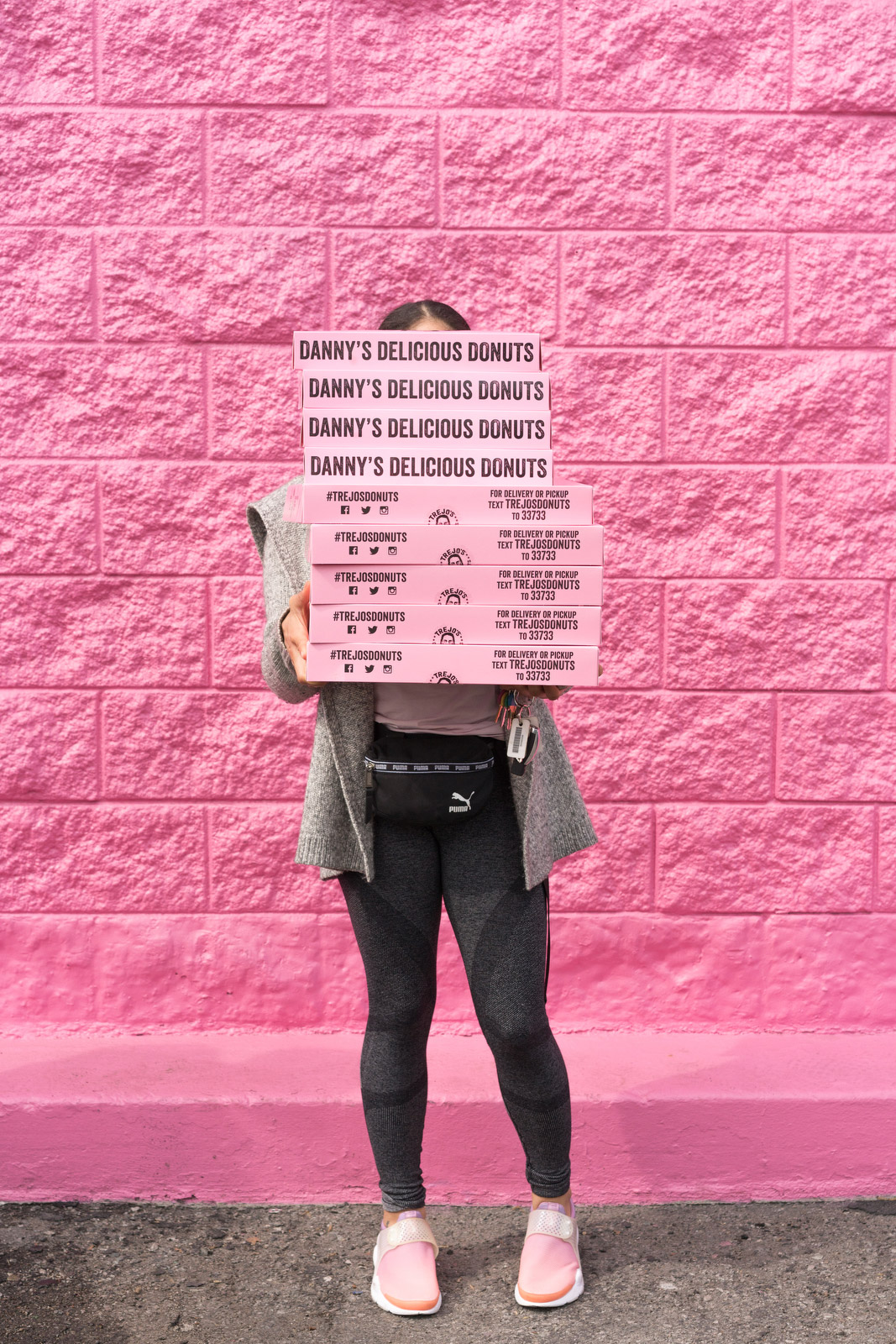 A woman stocks up at Trejo’s Coffee & Donuts, which is owned by actor Danny Trejo.

Stroomer is from Denver, and he had no idea that doughnuts were so big in L.A. until he and his wife visited for a wedding in nearby La Puente.

During their stay, they stopped by The Donut Hole, a drive-through shop with an entrance and exit shaped like two massive doughnuts.

“Our heads just turns and our jaws dropped and I thought to myself, ‘Well, I’ve never seen this before,’ ” he said. “And that started some research and a little bit of looking into it, and I discovered just how much doughnut culture there was in Los Angeles.” 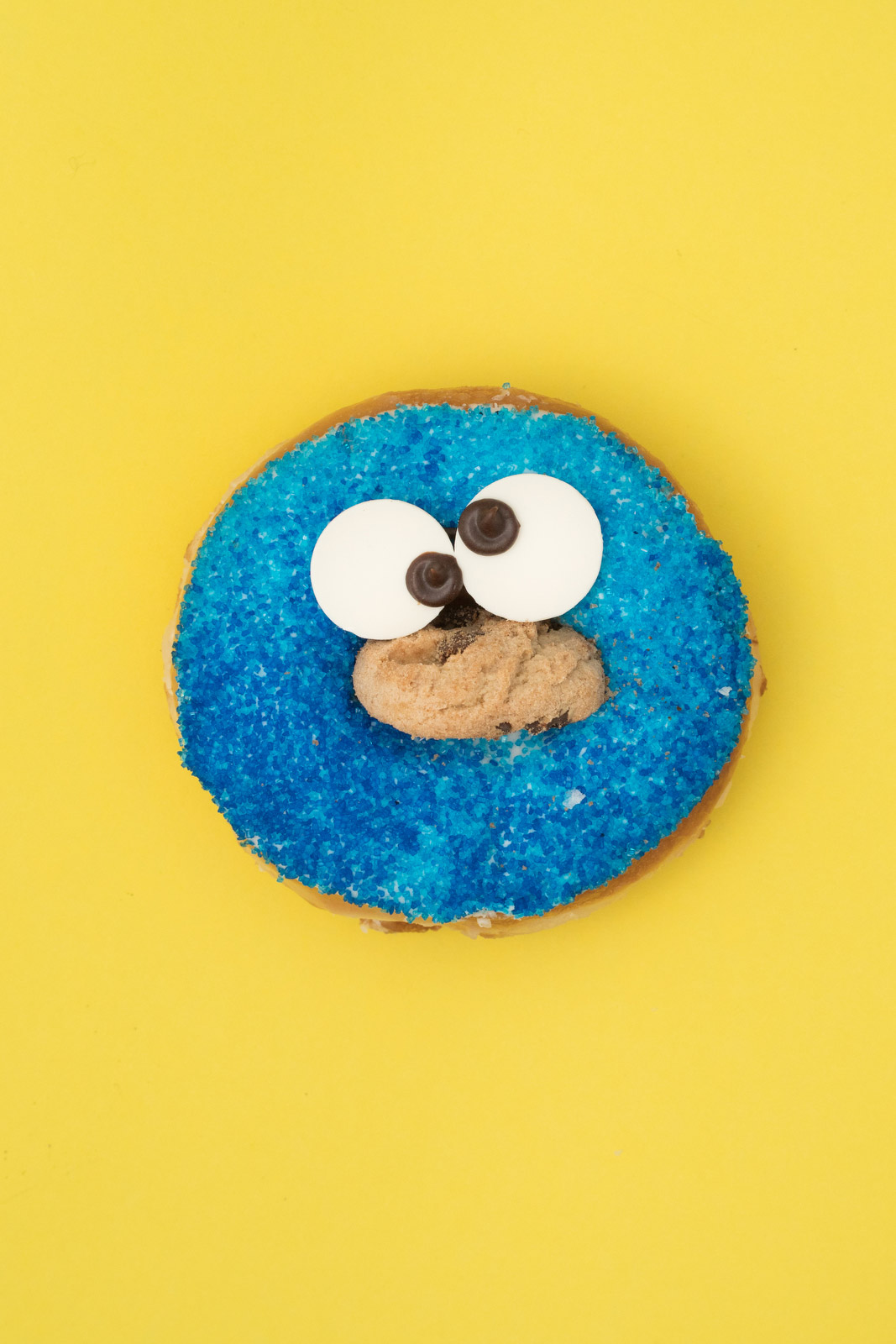 A Cookie Monster doughnut from Colorado Donuts, a shop in Eagle Rock, California. 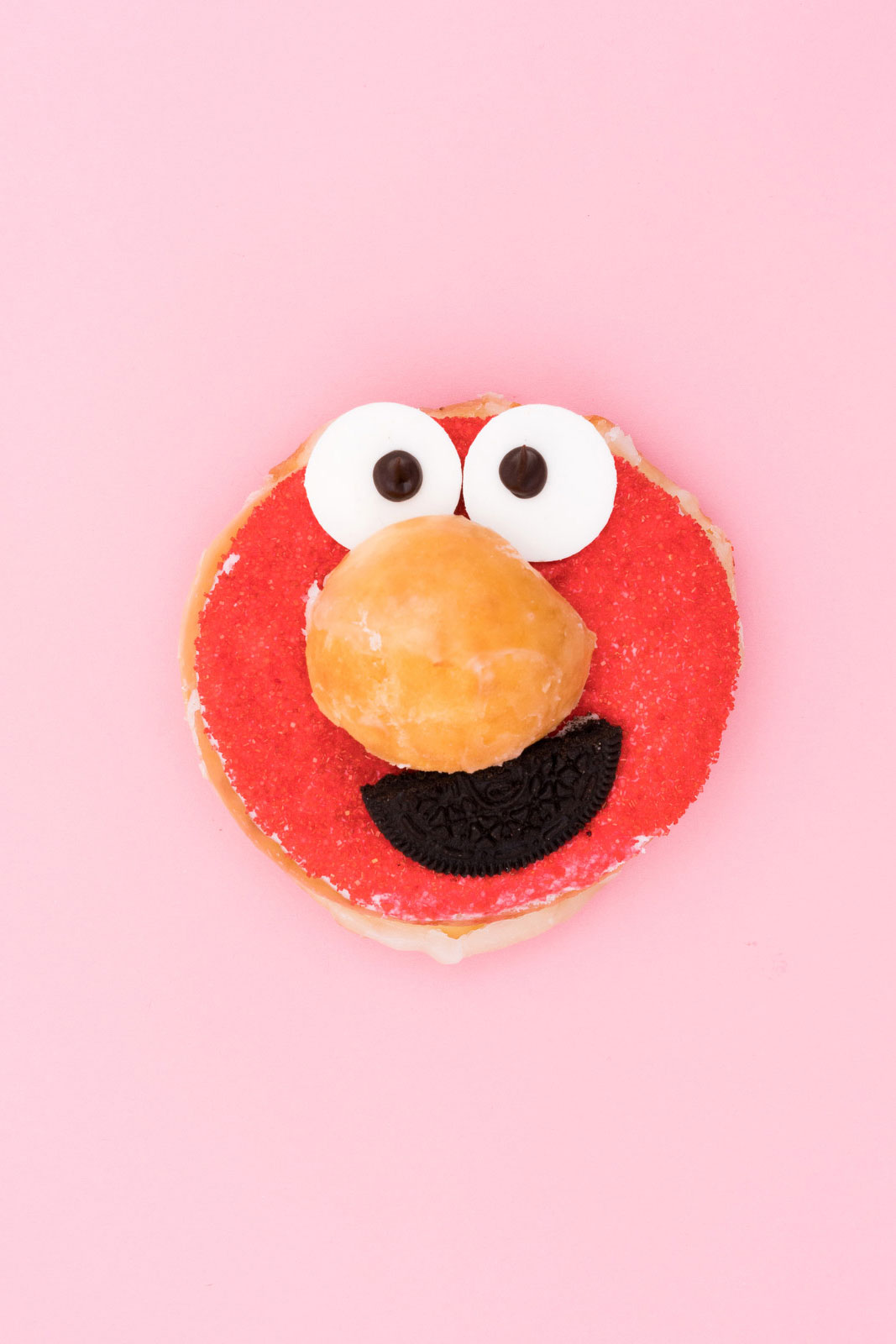 An Elmo creation from Colorado Donuts. 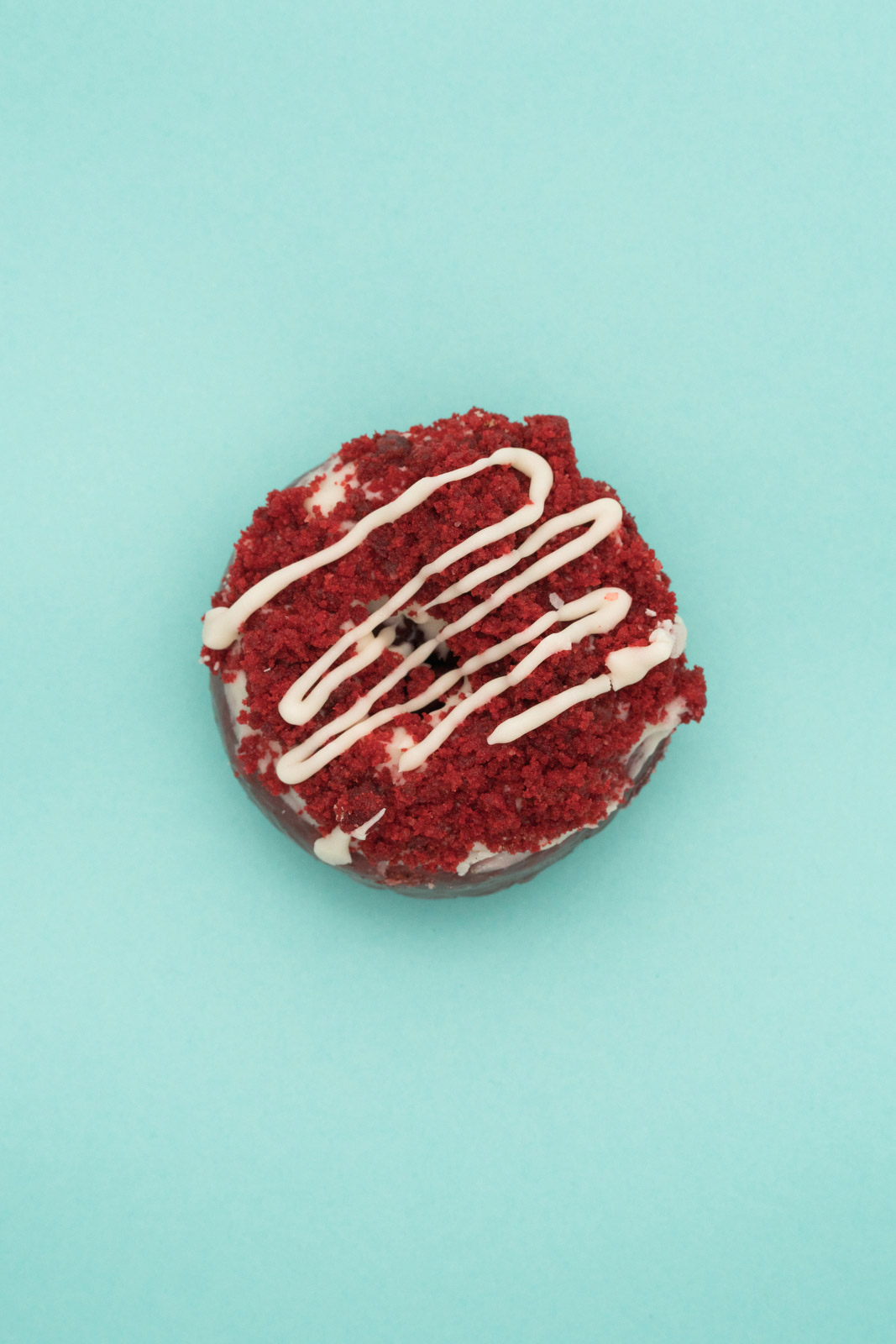 This was made at Primo’s Donuts in Los Angeles. 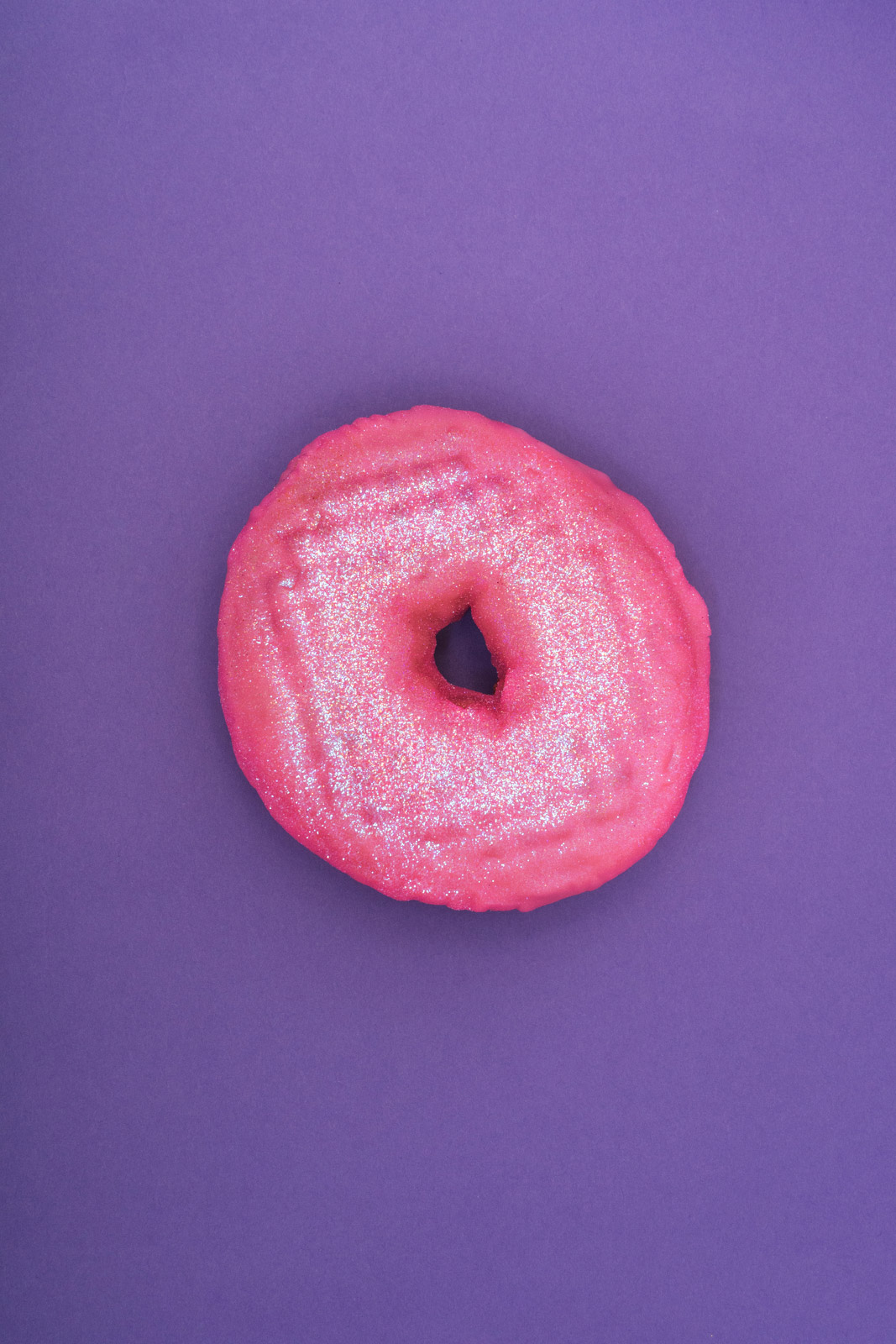 A glitter donut from Donas in Downey.

Friday was National Doughnut Day, and it might be celebrated in Los Angeles more than any other American city. Doughnut shops are everywhere in L.A., and they are as varied as the people who call the city home.

There are small hole-in-the-wall shops, and there are shops with gigantic advertising that can be seen from blocks away. There are national franchise chains, and there are mom-and-pop stores that have been around for decades. There are shops that focus on the more traditional, classic flavors. Then there are those that pride themselves on new and exciting creations. Many of the shops sell lottery tickets and other items.

“It's just a really marvelous experience to wander into one. They're sort of like bodegas in New York, they sort of serve that same function,” Stroomer said. 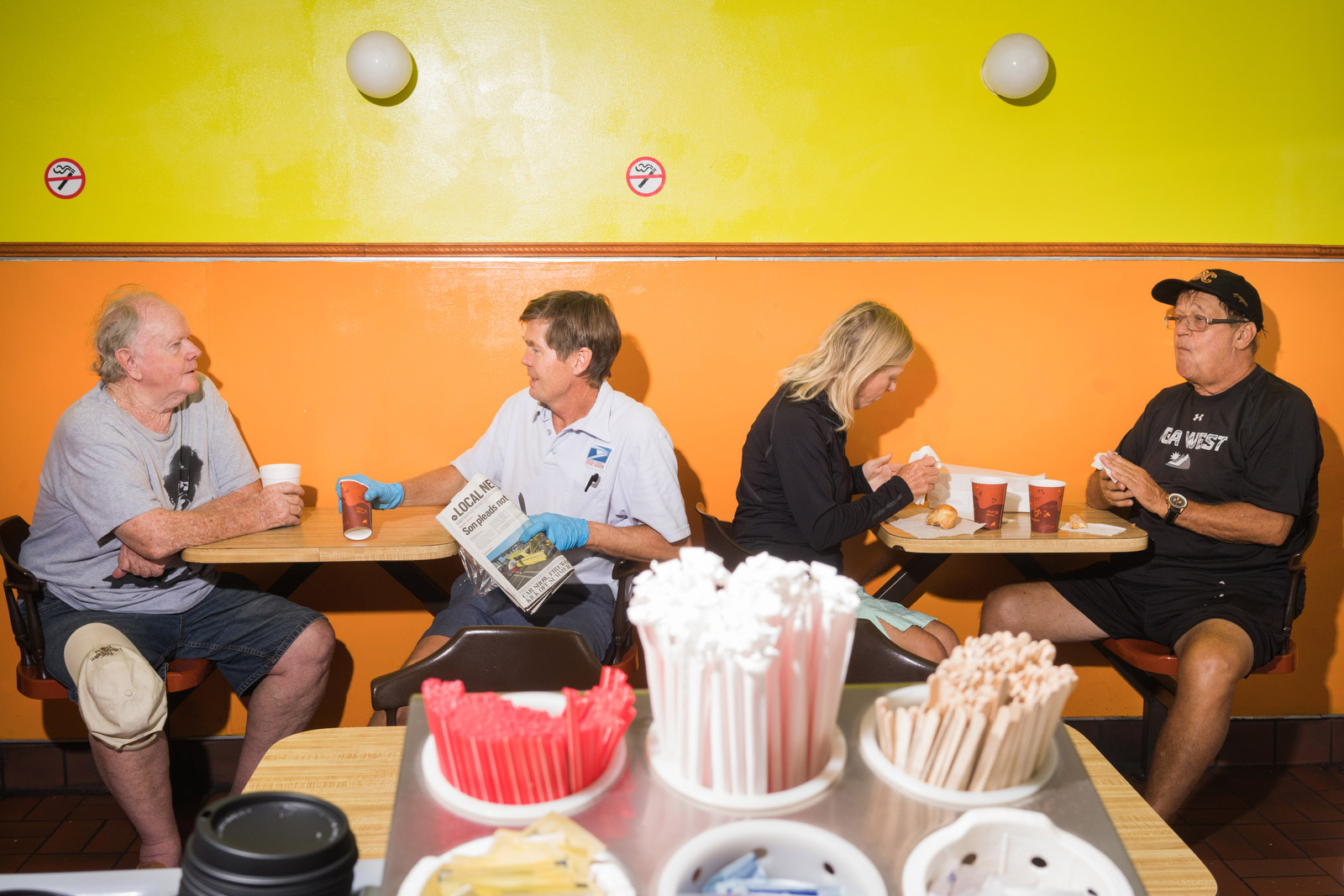 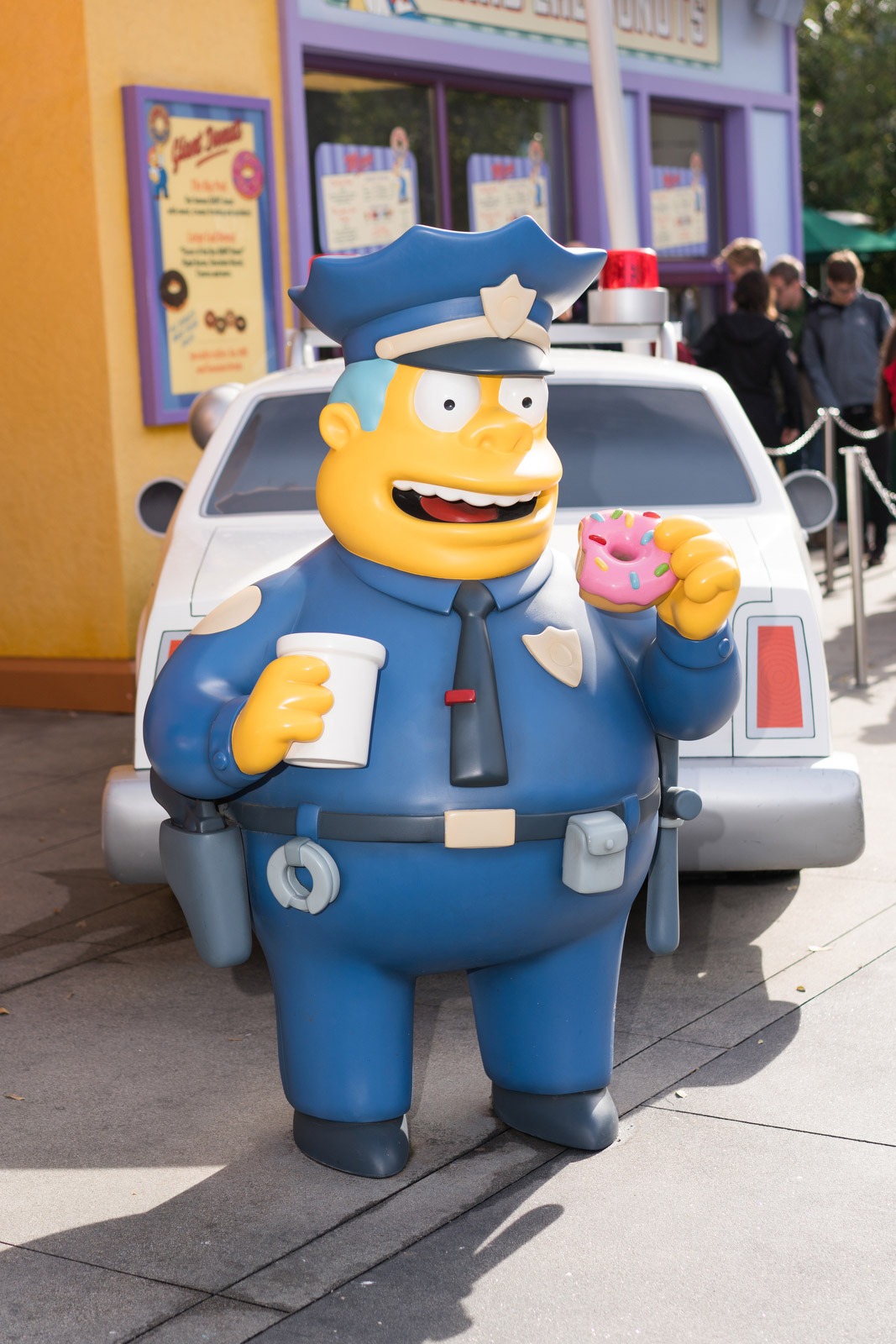 Chief Wiggum from “The Simpsons,” always fond of a doughnut, is seen at Universal Studios Hollywood. 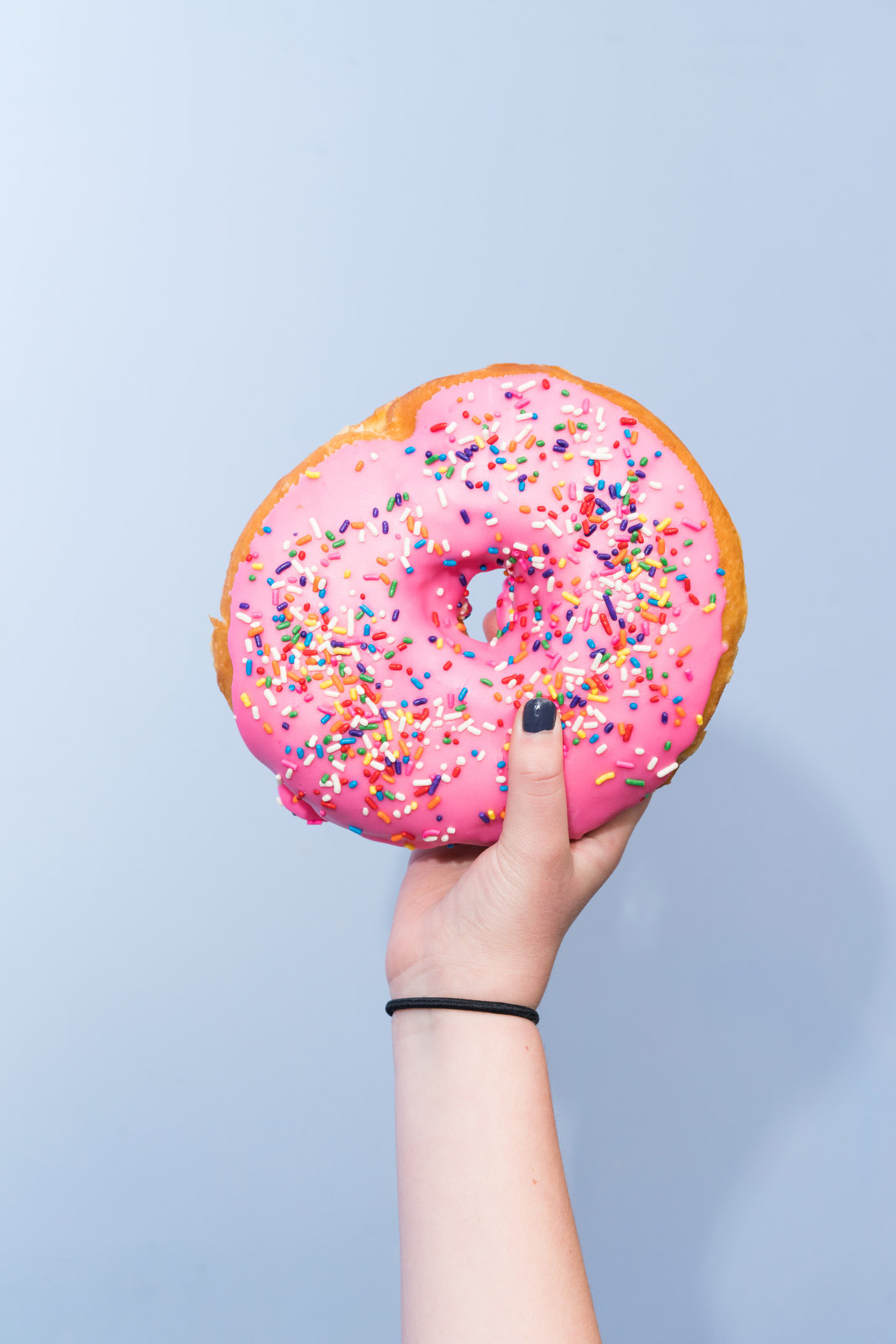 Stroomer calls his photo project “a love letter to the doughnut.” He is in Los Angeles this weekend for the city’s doughnut festival, which is taking place Saturday at Union Station.

The event will showcase many of the area’s favorites and offer treats to satisfy just about any palate. Made-to-order glazed doughnuts? Check. Vegan doughnuts? They’ll have ’em. Japanese-style tofu doughnuts? Yeah, sure.

There’s even going to be a doughnut-eating contest if you’re into that sort of thing. 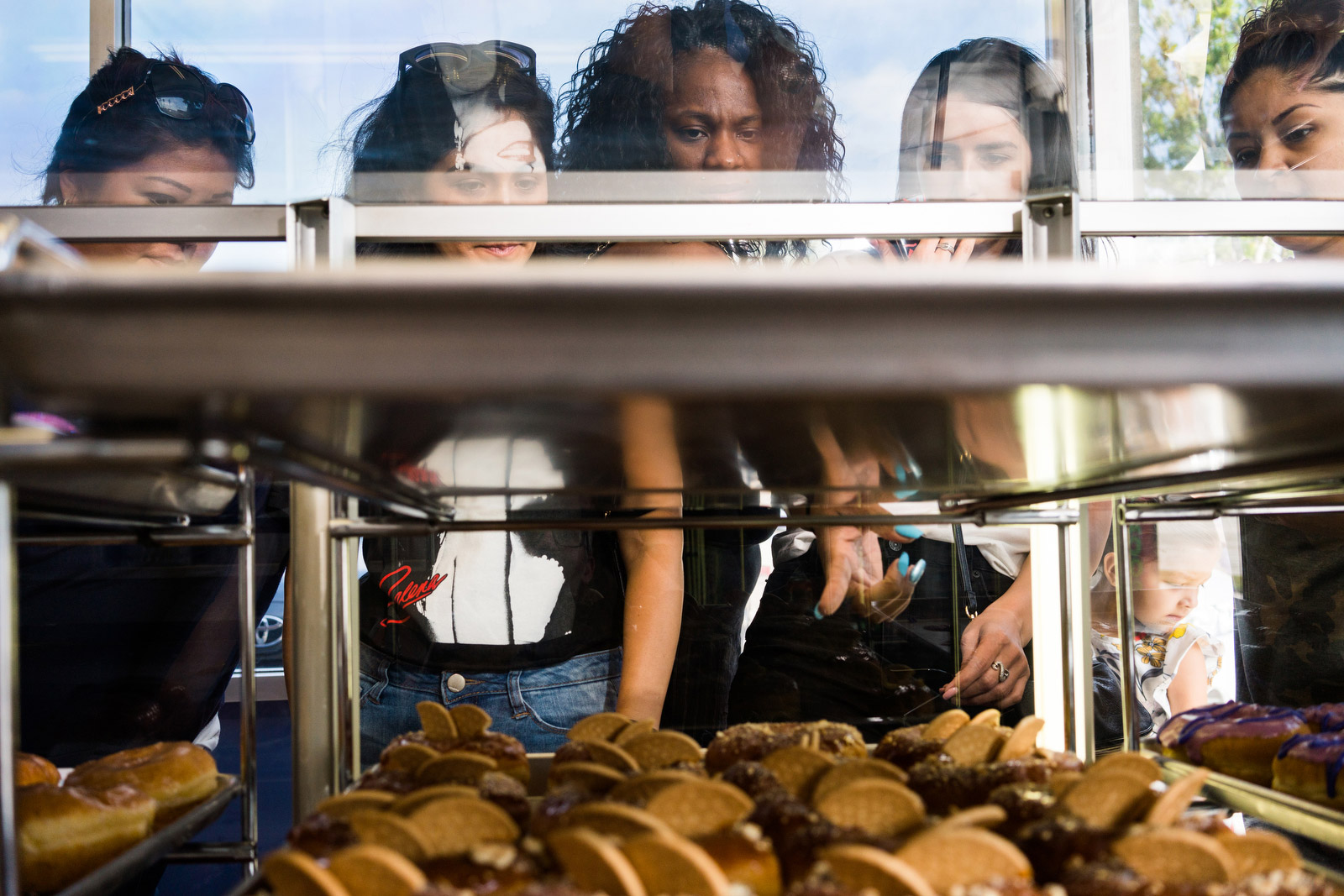 Customers check out the selection at the Donas shop in Downey. 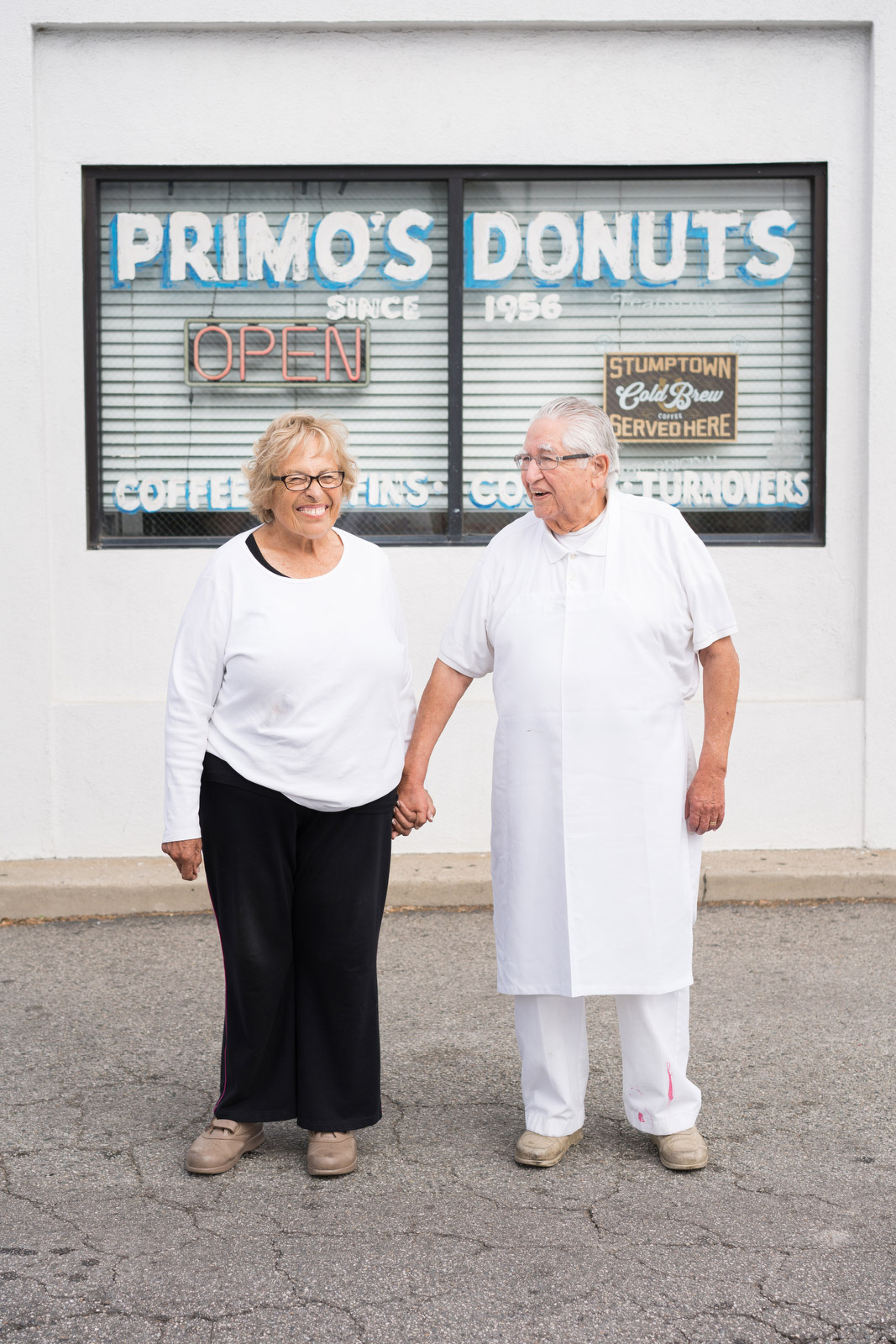 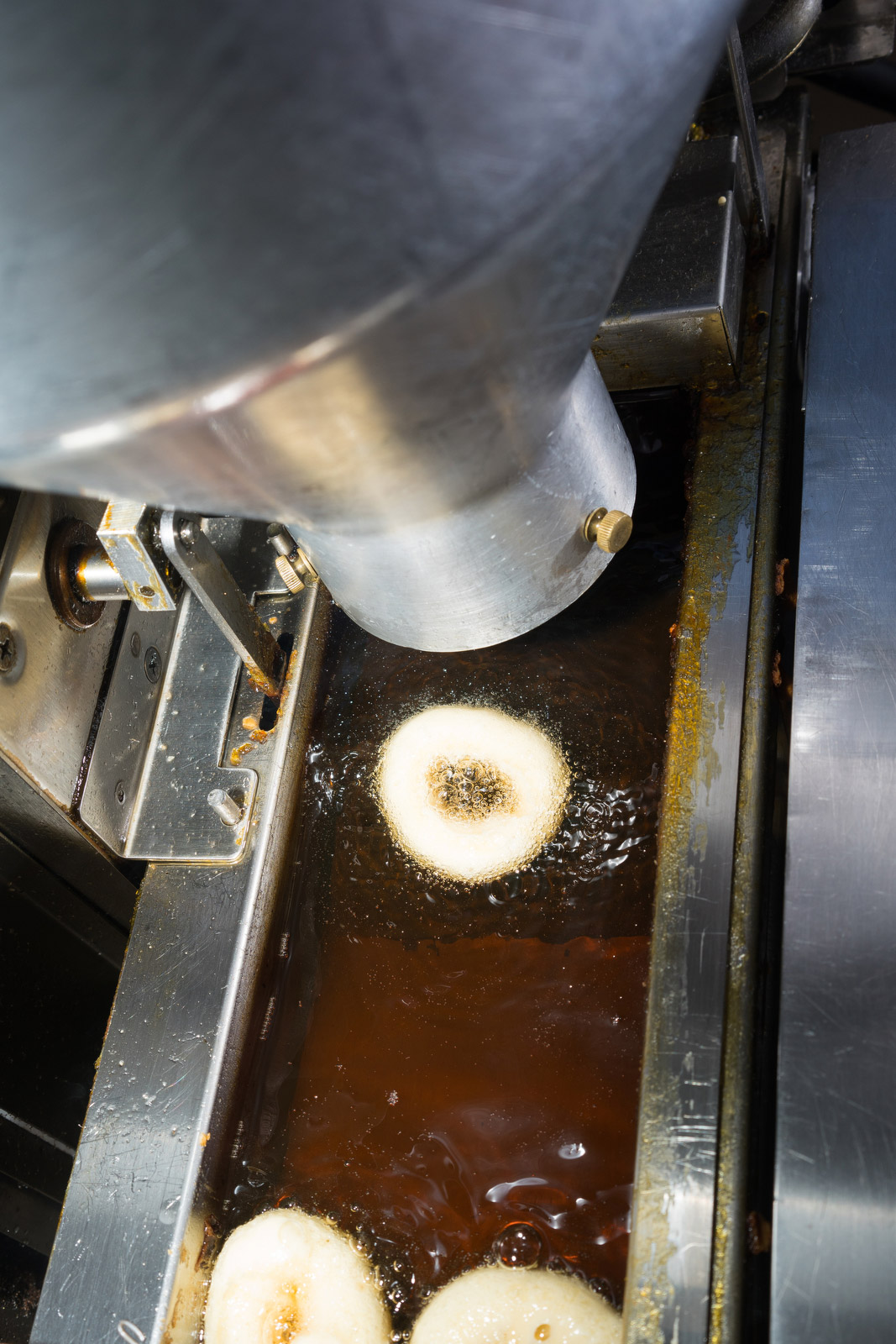 National Doughnut Day goes all the way back to 1938, when the Salvation Army was raising money to help those in need during the Great Depression.

Doughnuts were chosen as a way to honor the Salvation Army’s “Doughnut Lassies” who volunteered during World War I, serving doughnuts and coffee to grateful American troops fighting on the front lines in France. Sometimes they’d fry the doughnuts in servicemen’s helmets.

“There was a prayer in my heart that somehow this would do more for those who ate the doughnuts than just to satisfy a physical hunger,” said Helen Purviance, who came up with the idea with fellow Salvation Army officer Margaret Sheldon. 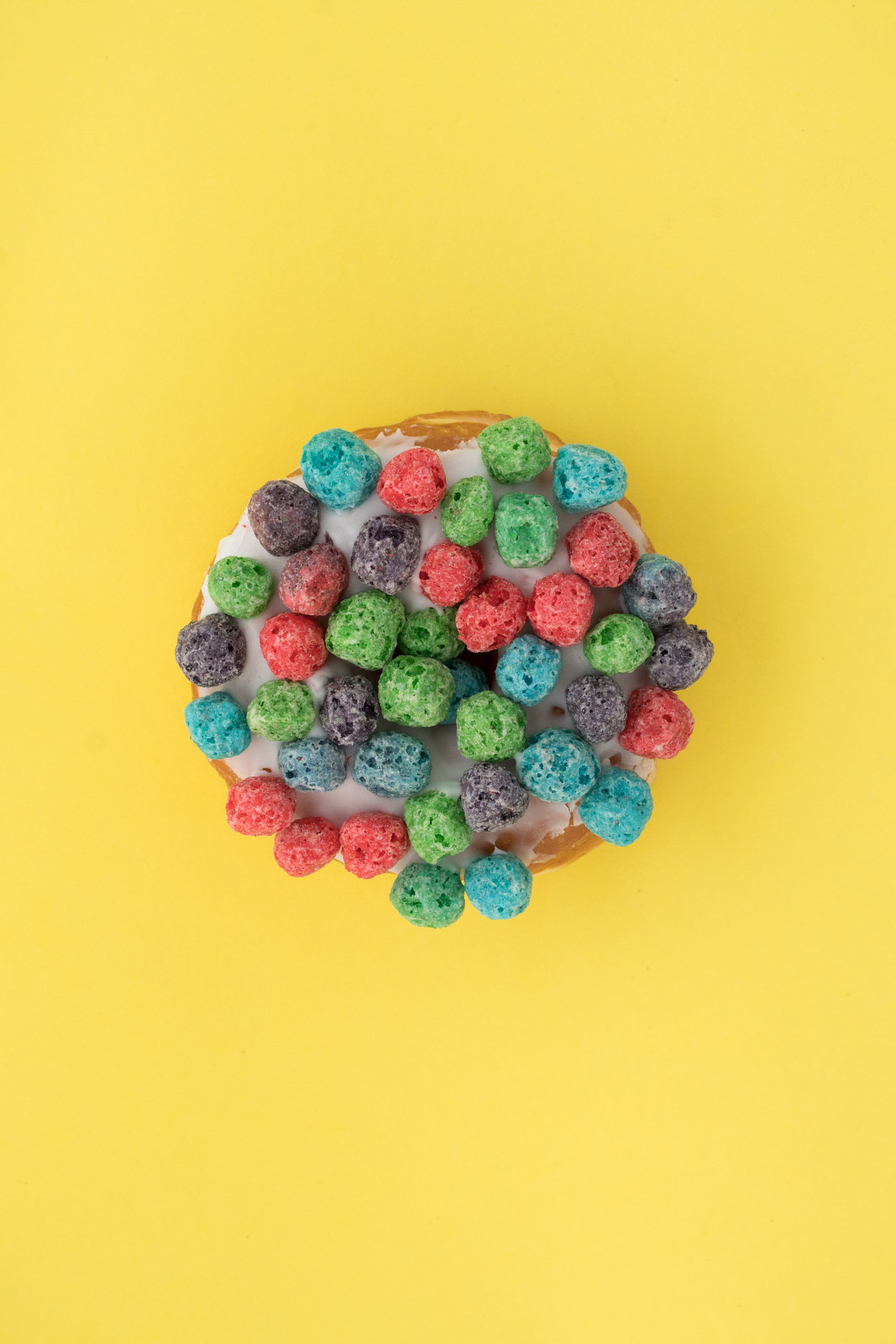 A doughnut topped with cereal? Why not? 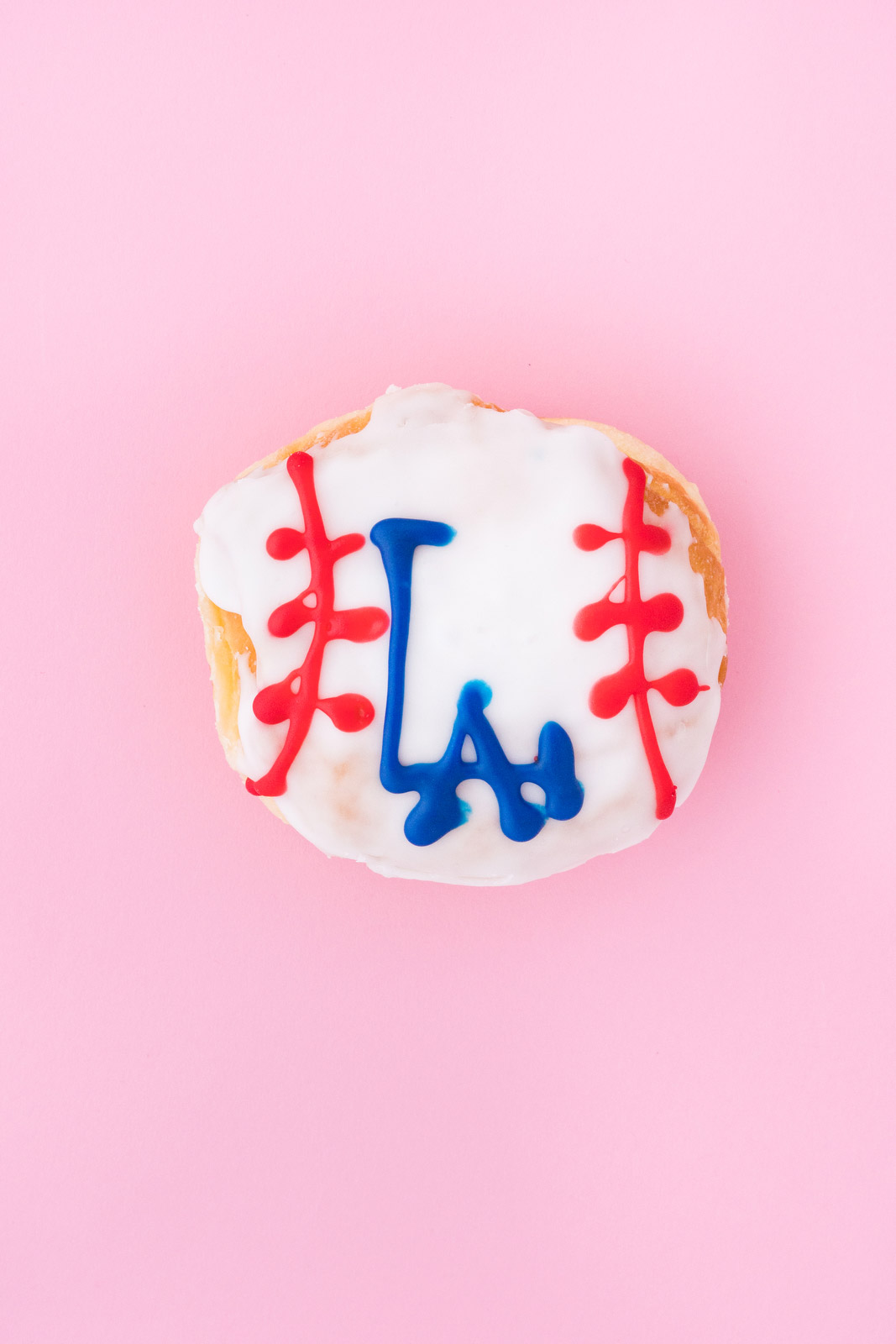 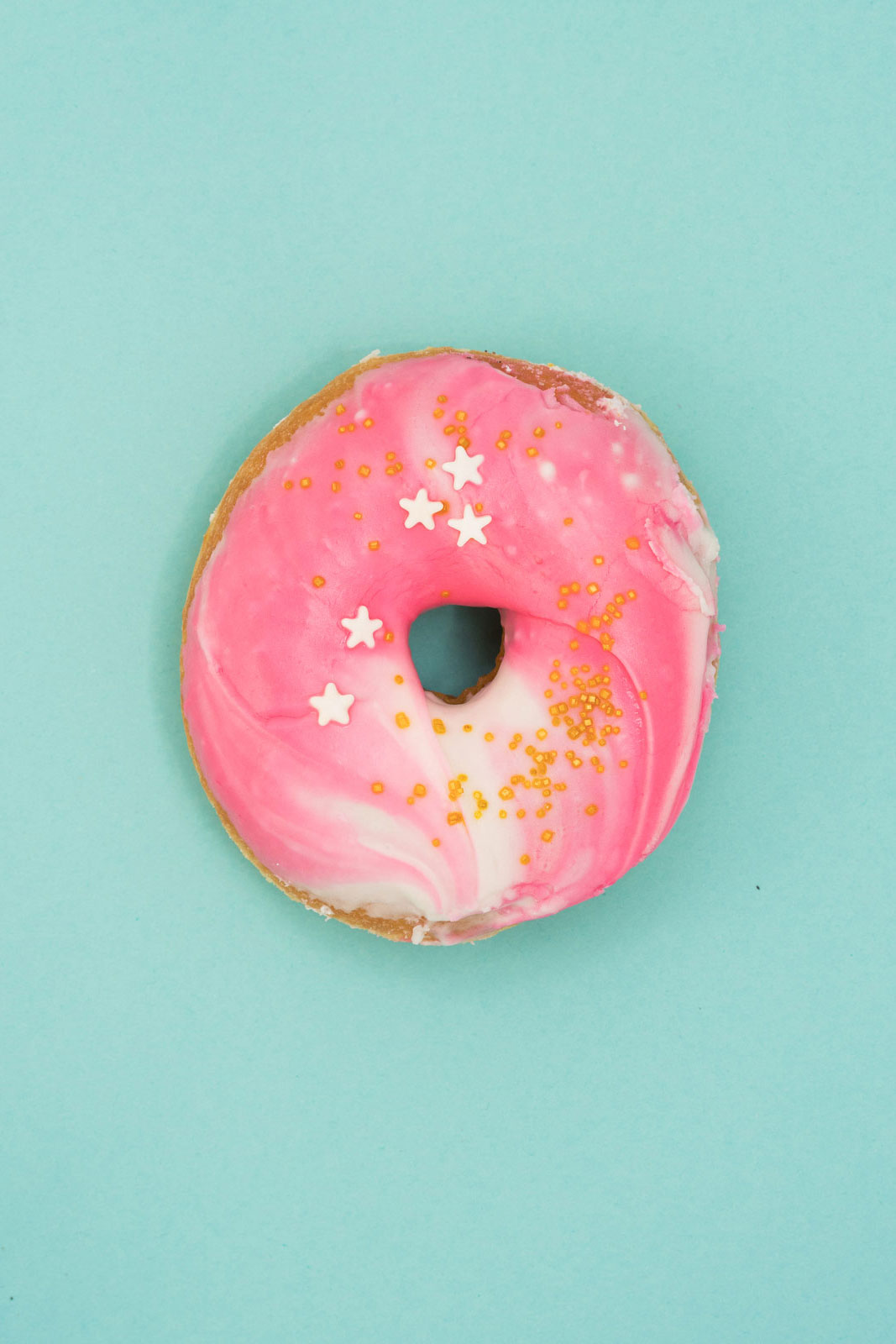 A galaxy donut from Birdies in Los Angeles. 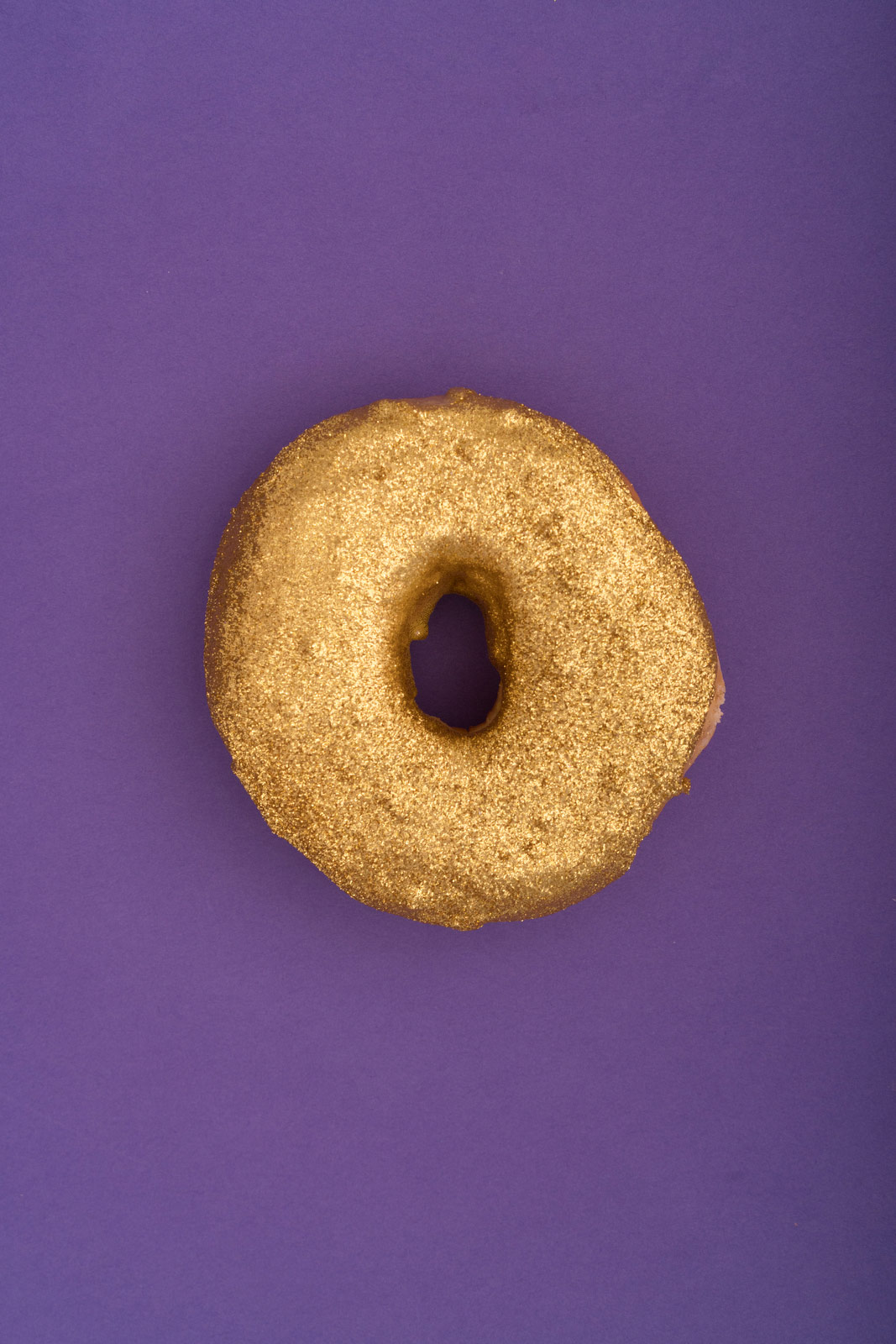 A gold glitter donut from Donas in Downey.

Stroomer didn’t know where he would be eating a doughnut this weekend, but he has plenty of options. Maybe he will end up back at The Donut Hole or find himself at Randy’s Donuts, which has a doughnut sign on top of the building that can be seen as you fly into Los Angeles International Airport.

“There’s a school of architecture called programmatic architecture,” Stroomer explains. “The idea is that the building is primarily designed as advertising. So you turn it into a giant doughnut to get motorists off the highway.

“And that’s a reflection of the car culture here, which I think is absolutely brilliant. But it’s also really telling that motorists and the automobile helped define this industry as it grew over the decades.” 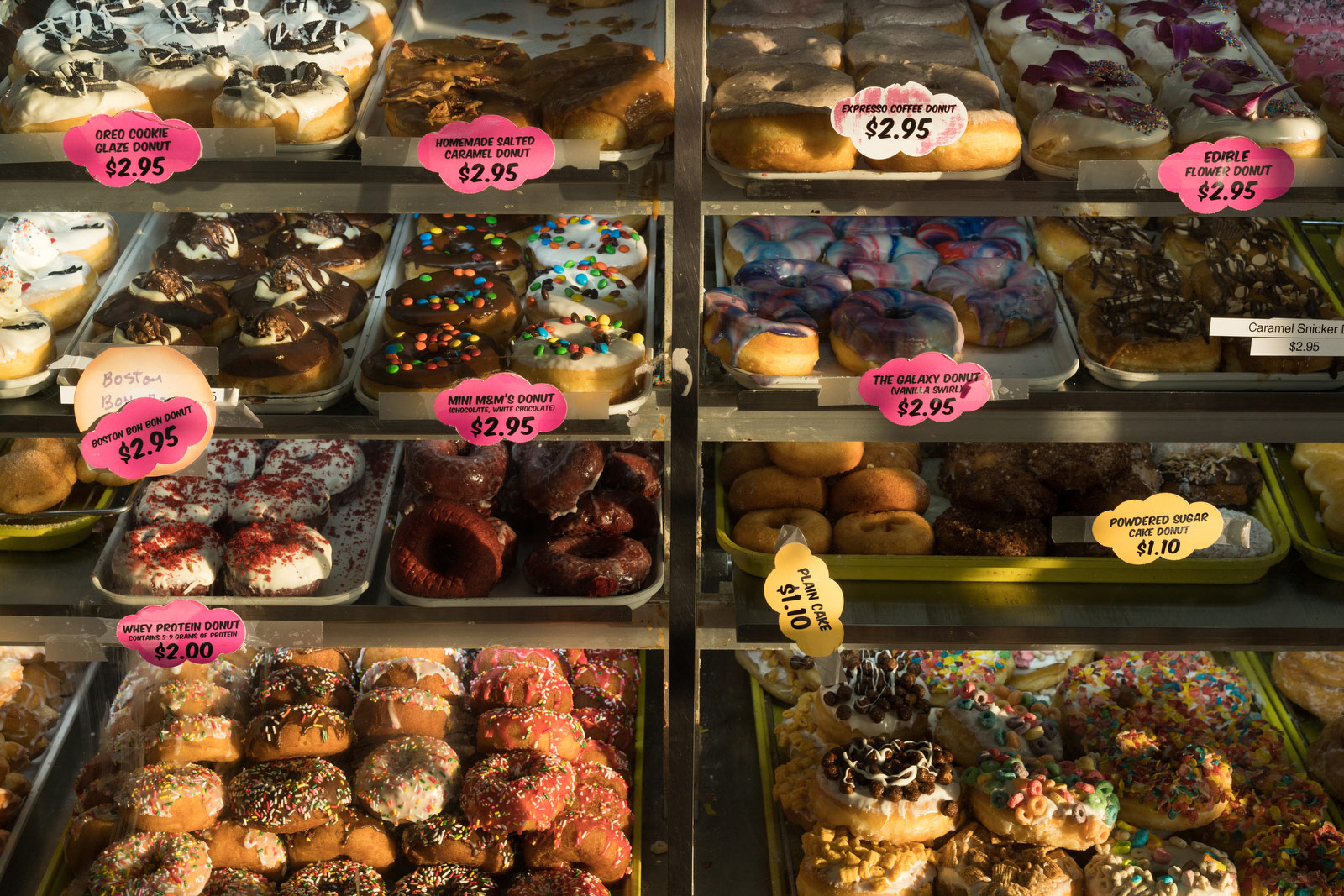 A selection of treats from DK’s Donuts in Santa Monica, California. 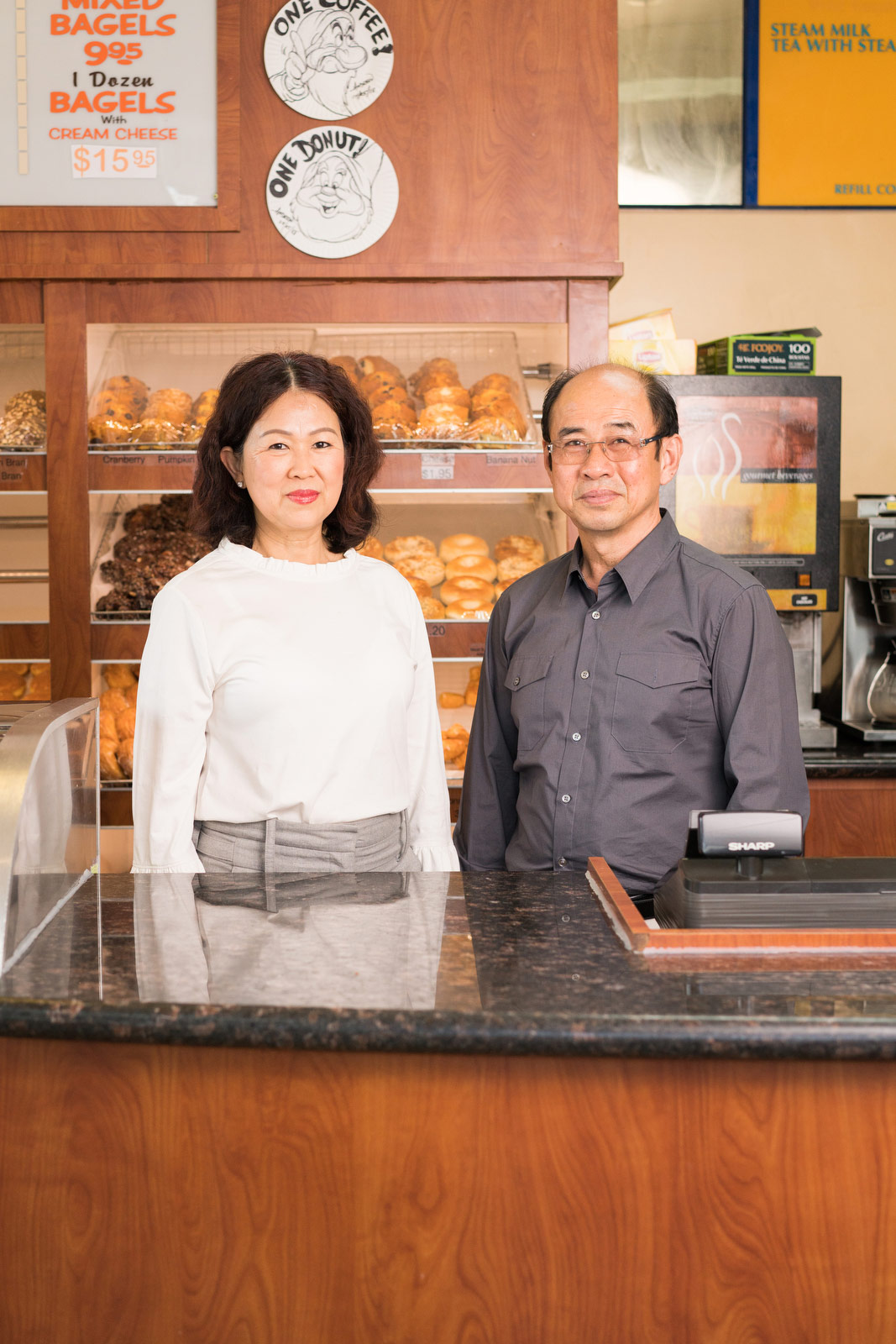 Jenny and Bruce Bu have owned Dad’s Donuts in Burbank for decades. The couple fled Cambodia during the Khmer Rouge regime. 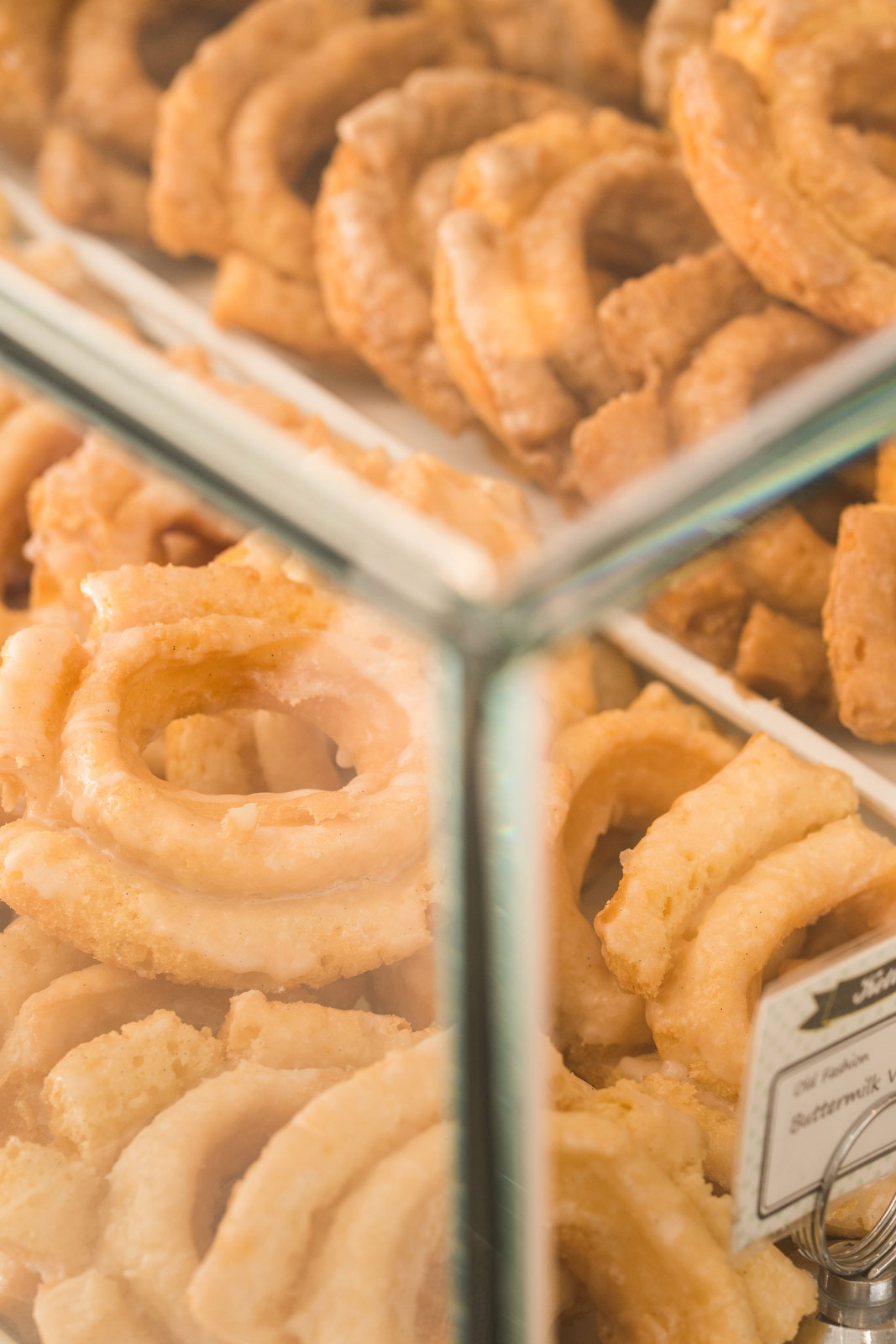 Kettle Glazed Donuts, a shop in Los Angeles, made these buttermilk vanilla old-fashioneds.

Stroomer says that L.A.’s doughnut industry also tells the story of the American dream. Cambodian refugees, who fled the Khmer Rouge, opened many of the area’s doughnut shops in the 1970s and ’80s. The pink doughnut boxes that have now become ubiquitous in Southern California are said to be traced to one of the Cambodian shop owners.

As those owners start to retire, Stroomer said, a new generation is taking over and putting a fresh spin on things.

“If your doughnuts are the most visual and Instagram-able, that's how to get people into your shop,” he said. “So you see second-generation Cambodian owners. Their parents were selling 99-cent doughnuts. And now they've figured out how to make a doughnut into art, and they've raised the prices and are doing great. Colorado (Donuts) is an example of that. It's a multigenerational Cambodian family that runs the shop.” 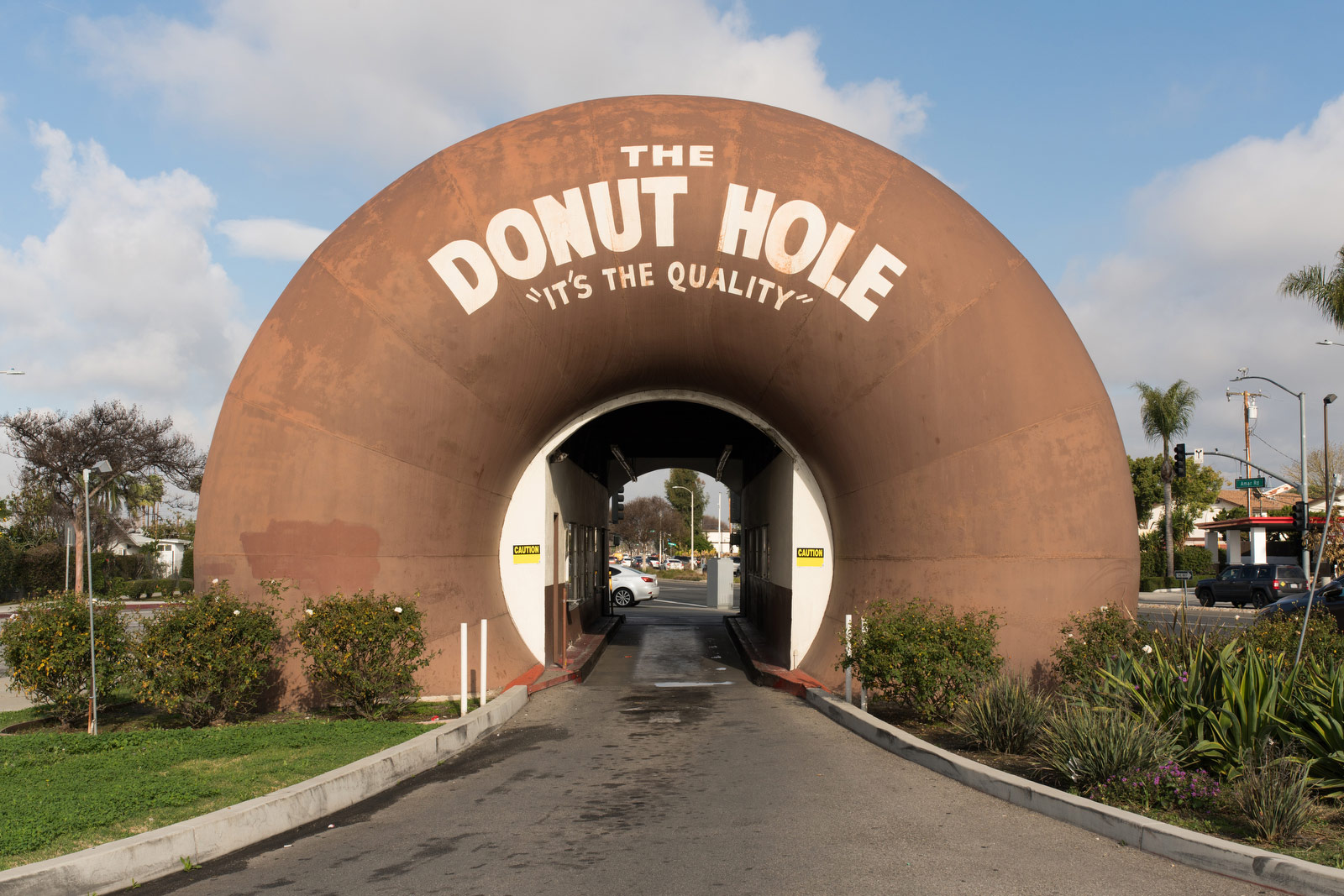 Customers drive through a giant doughnut to place their orders at The Donut Hole in La Puente, California.

Stroomer hasn’t eaten a doughnut at every shop he’s visited in the Los Angeles area, but he’s estimated he’s had dozens — at least 50.

He tends to stick with the traditional flavors to better compare different shops: “I certainly like some of the novelty and insane visual content, which reflects our Instagram age. But dollars for doughnuts, get an old-fashioned — and a fresh one, of course.”

He plans to keep shooting photos for his “Beloved Donuts” series and eventually make a book out of it one day.

“You think of it as a very health-conscious place, California. And it is,” he said. “But along with all the celebrities watching their figure and the like is this embrace of a wonderfully decadent, sinful food, and I just love that. I love how unexpected that is.”