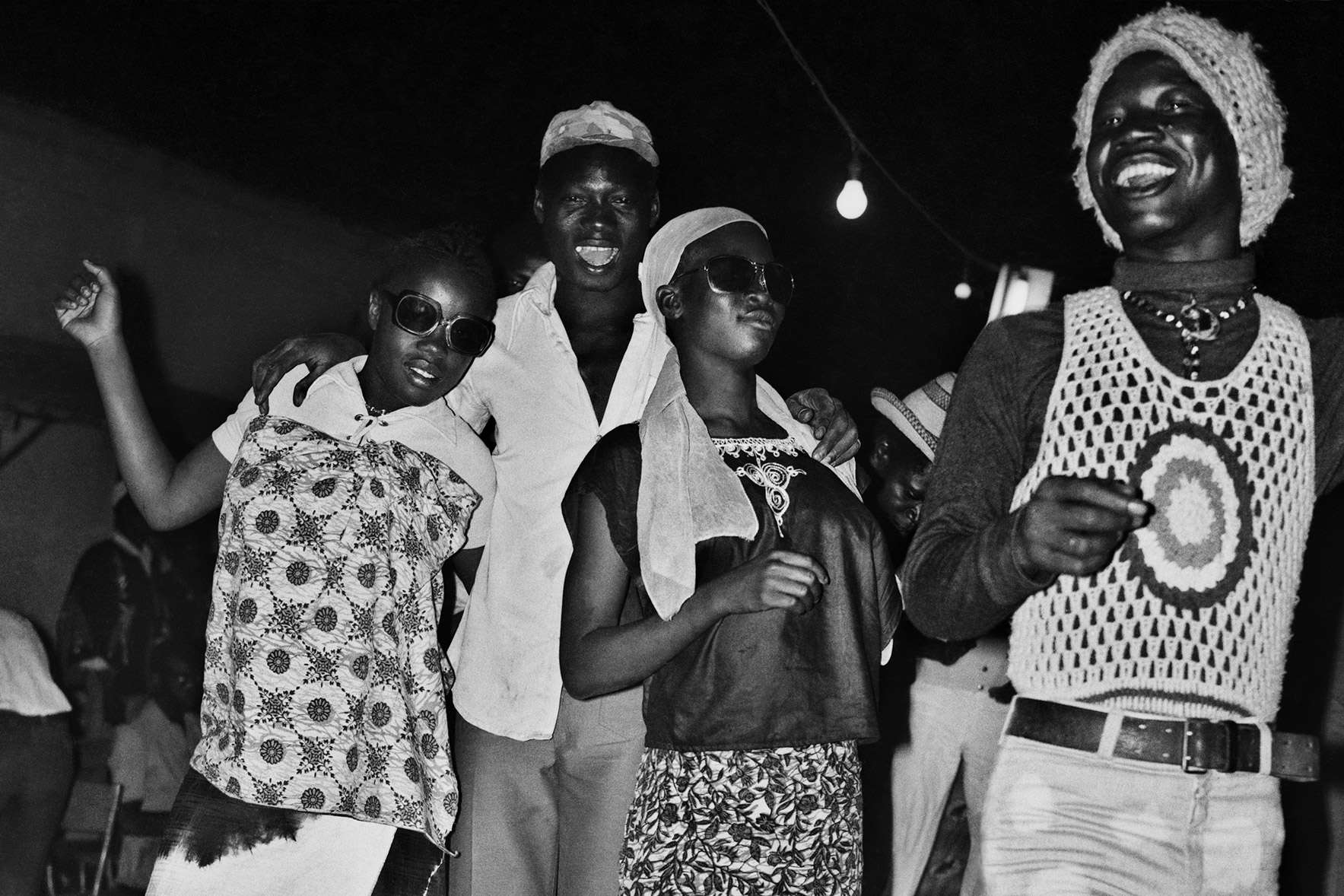 The Burkinabe city of Bobo-Dioulasso was an exciting place to be young in the years following independence from France.

Bands such as Volta Jazz, Dafra Star and Echo del Africa played to stylish crowds riding a wave of liberation, and one photographer was there to capture it all.

“It was a pleasure to show the joy of those people,” recalls Sanlé Sory, now 75. “People loved each other and there was so much fun. … They might have been poor but they had a ball and enjoyed those moments.”

Night after night, Sory was at the liveliest clubs and open air parties to capture the people and the atmosphere that made Bobo so enchanting in the 1960s and 1970s.

The best of these photos are now the subject of a new book and exhibition at London’s Dave Hill gallery titled “Peuple de la Nuit” (“People of the Night”). 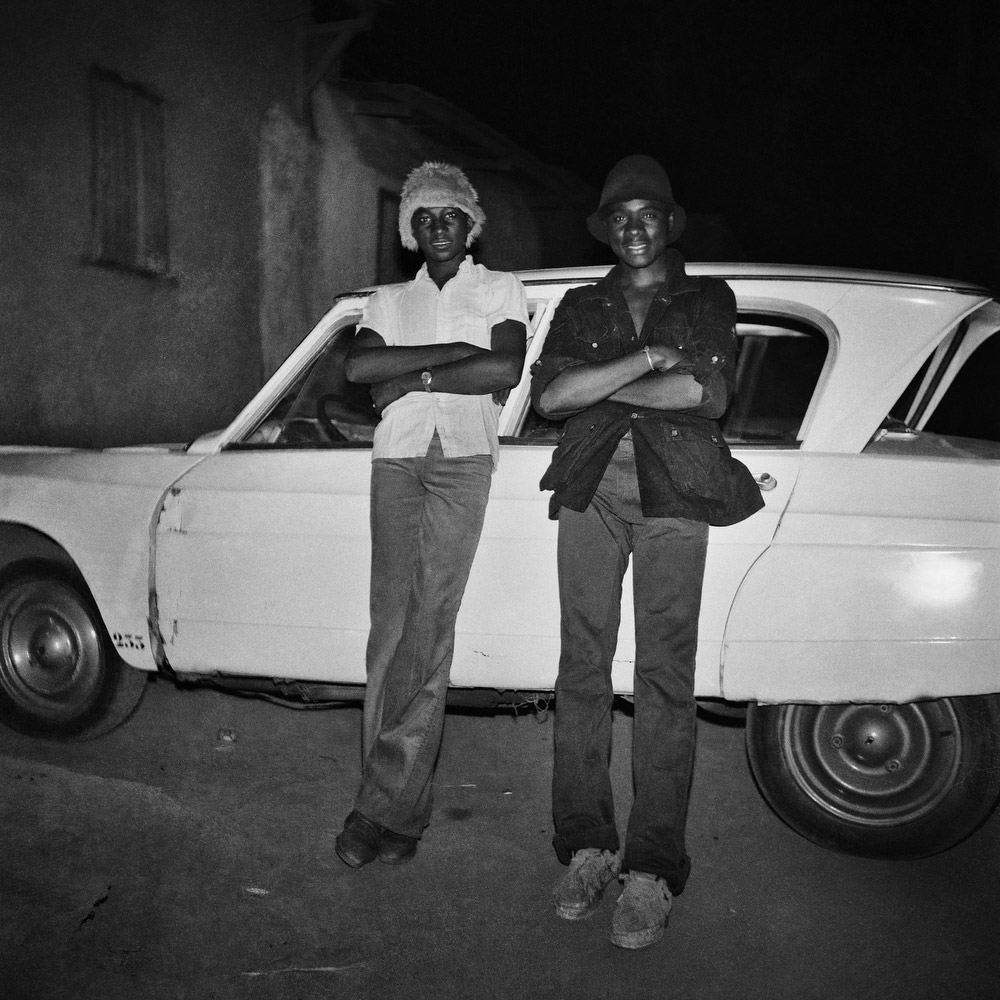 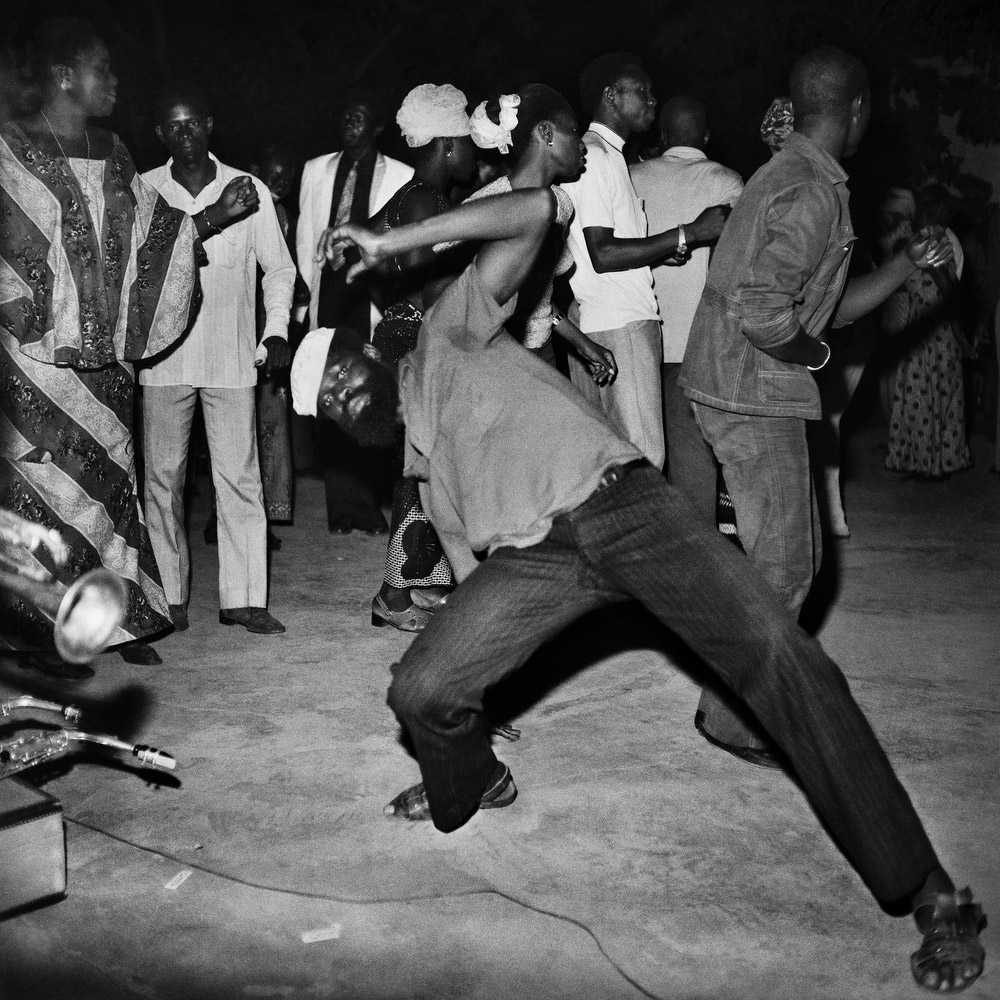 Sory got his start as a photographer at the Volta Photo studio in 1960, which he launched with cousin Drissa Kone — who also founded the band Volta Jazz.

He took portraits of local people in their finest outfits, and worked all over the city at weddings, baptisms, and community events.

At night he would take his camera to the clubs. The most famous bands of the region arranged their schedules so they did not play on the same nights, which allowed the workaholic Sory to never miss a thing.

On the nights when no major event was planned in the city, the photographer would pack a sound system into his pickup truck and find a remote location to stage a party of his own. He would charge partygoers 100 Francs (around 15 cents), play his own records, and snap away until dawn. 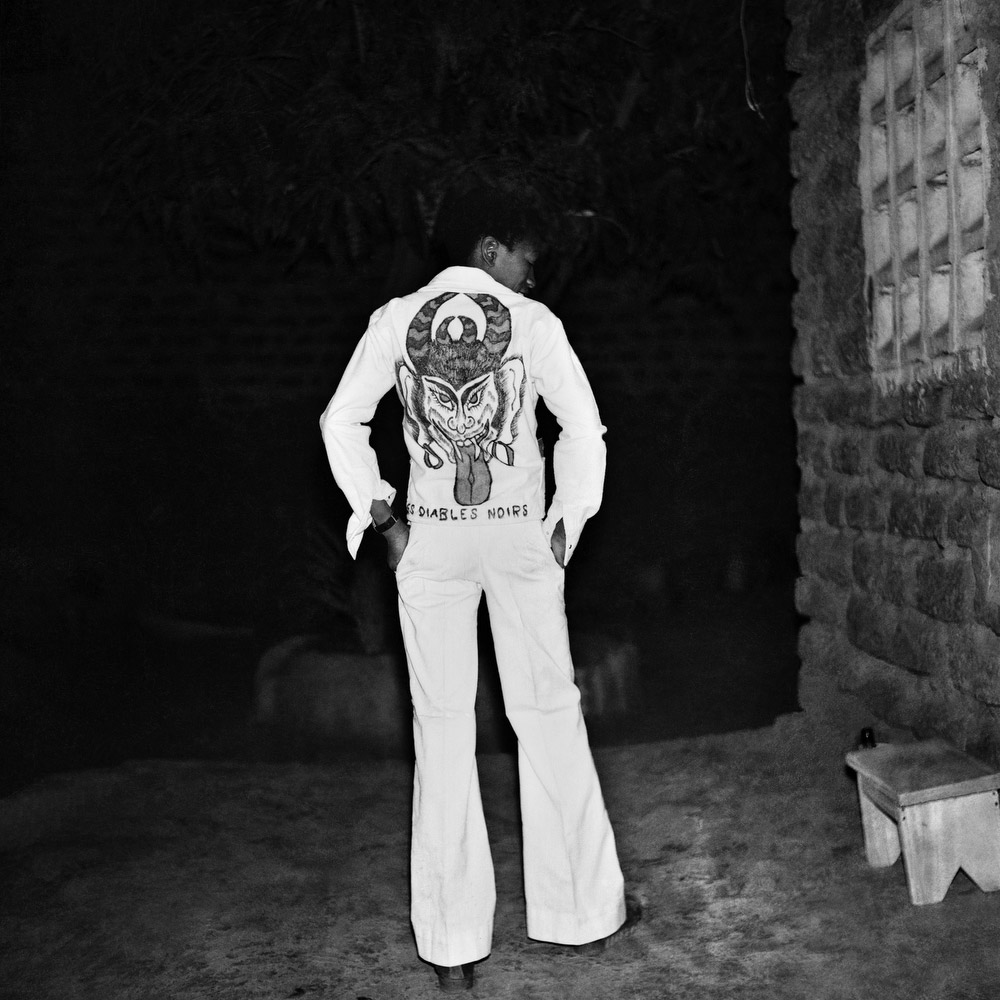 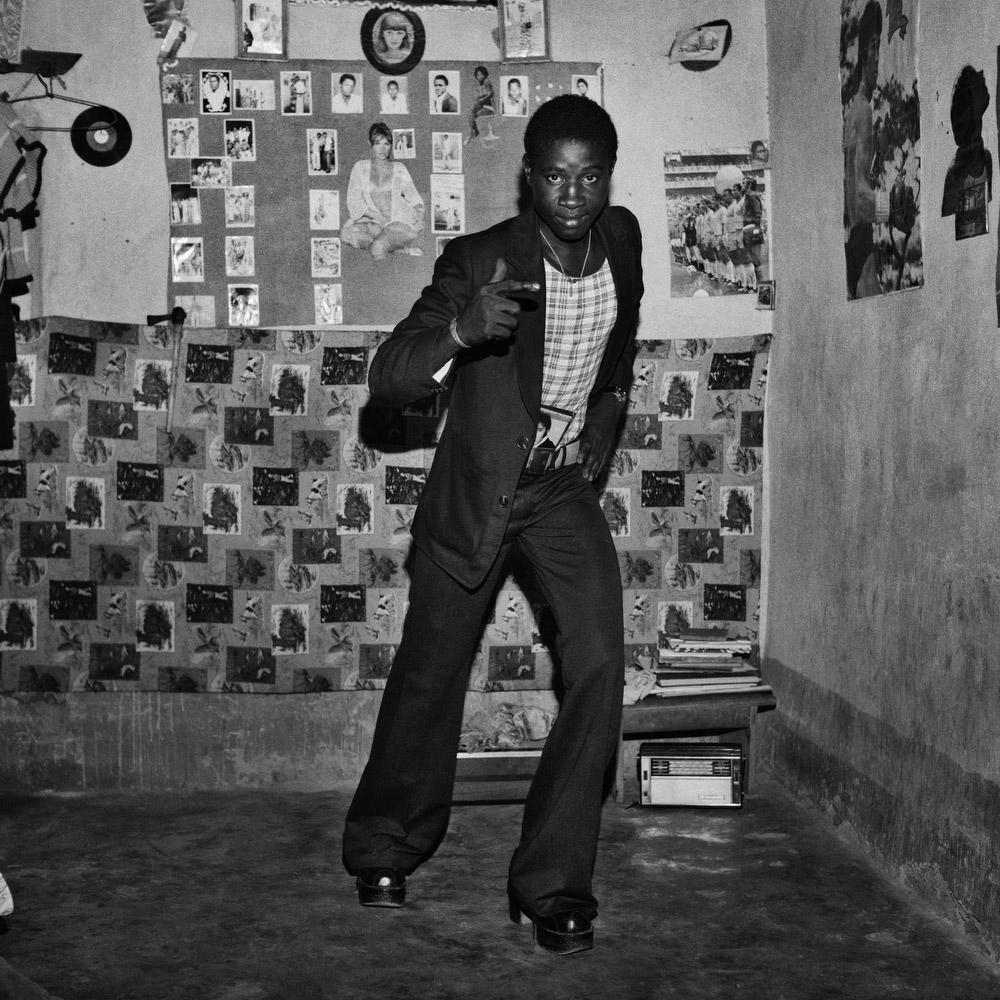 Sory was well known enough by then to draw a crowd. He recalls that people would hear the music from 15 kilometers away, don their best clothes, and join the fun.

He describes an egalitarian, “democratic” scene where people of different classes and cultures would mix.

“It did not matter what anyone’s position was,” says Sory. “People would always mingle, interact and take care of each other — not like today.”

Neither did the Bobo scene have any of the seedy undercurrent associated with other party destinations. Sory does not recall seeing drugs or crime. He says the men were usually “chevalier” — gentlemen. 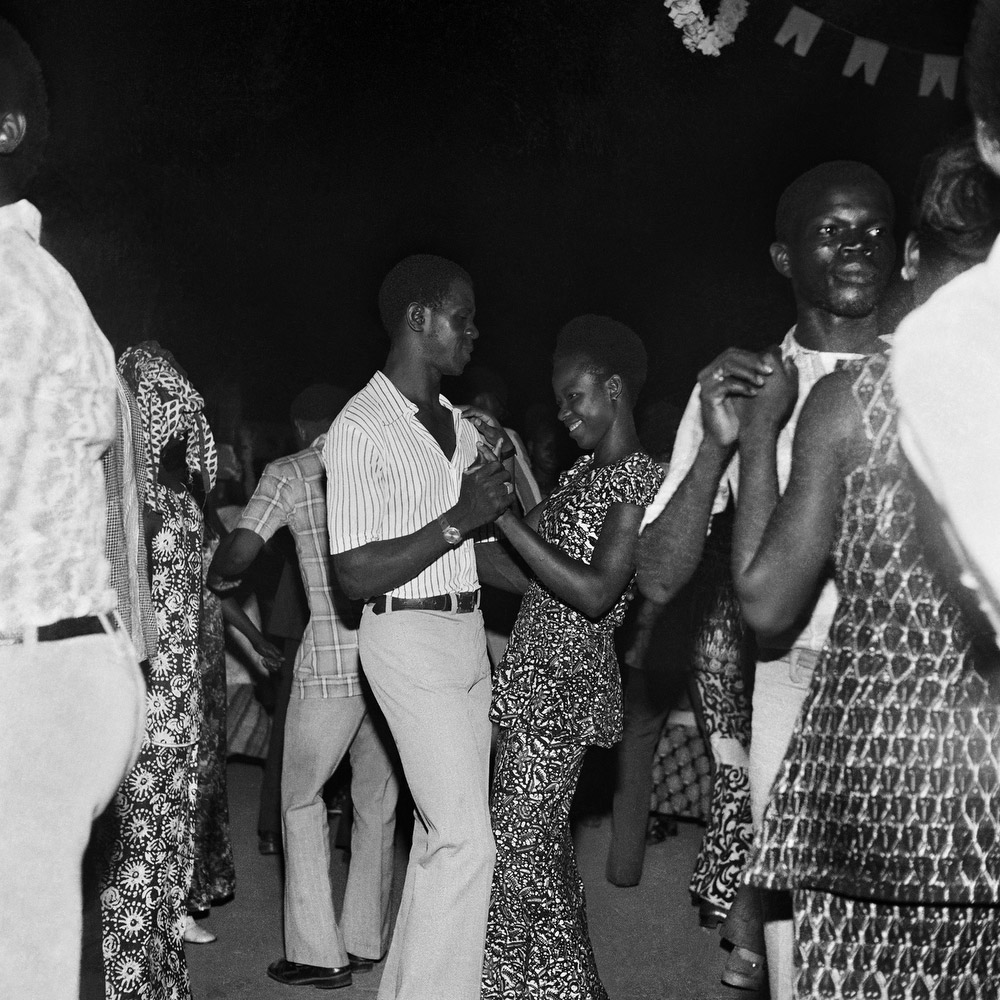 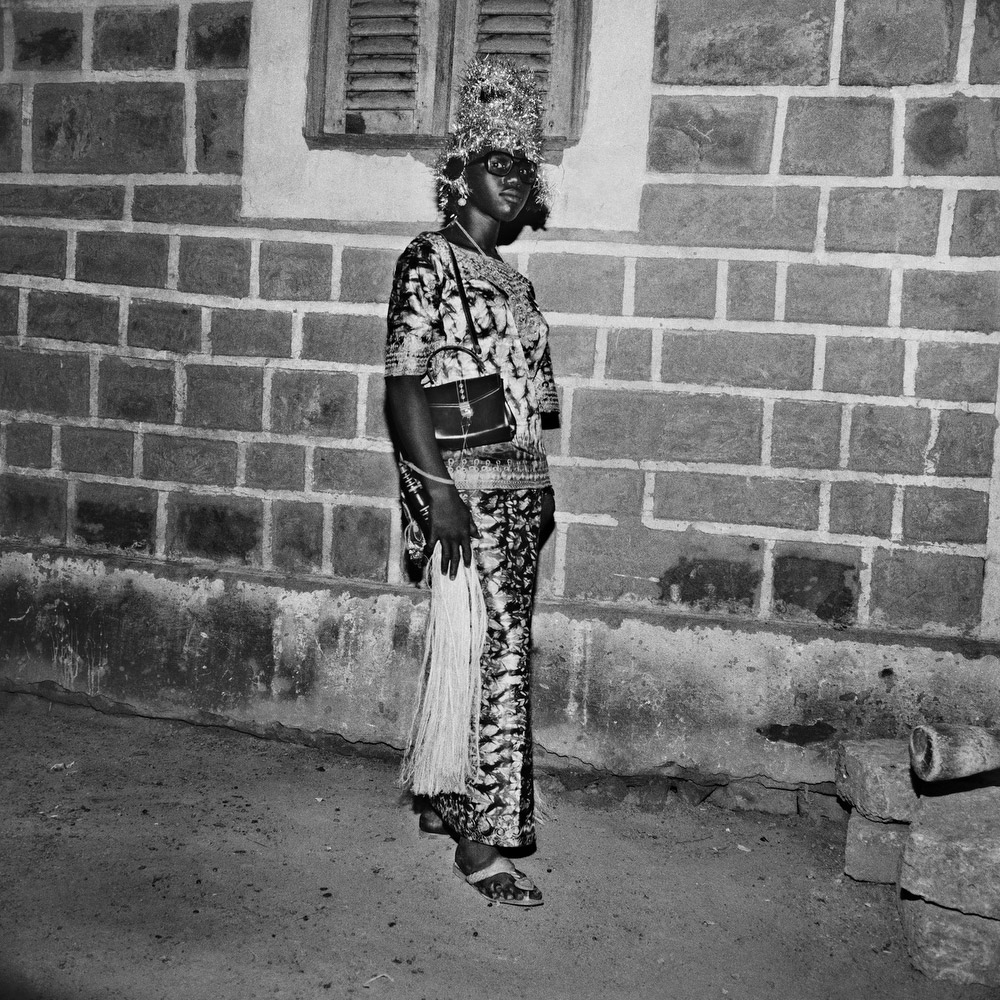 Although well-known within his community, wider recognition eluded Sory until his later years.

French music journalist and author Florent Mazzoleni saw Sory’s work on record sleeves while on a research trip to Burkina in 2011 and tracked him to his home, where he found the photographer burning negatives that he presumed were worthless.

Mazzoleni thought otherwise and became Sory’s informal manager. The pair staged exhibitions in Bobo and Ouagadougou in 2013, and went on to release several books and stage exhibitions in prestigious galleries in New York and Chicago. 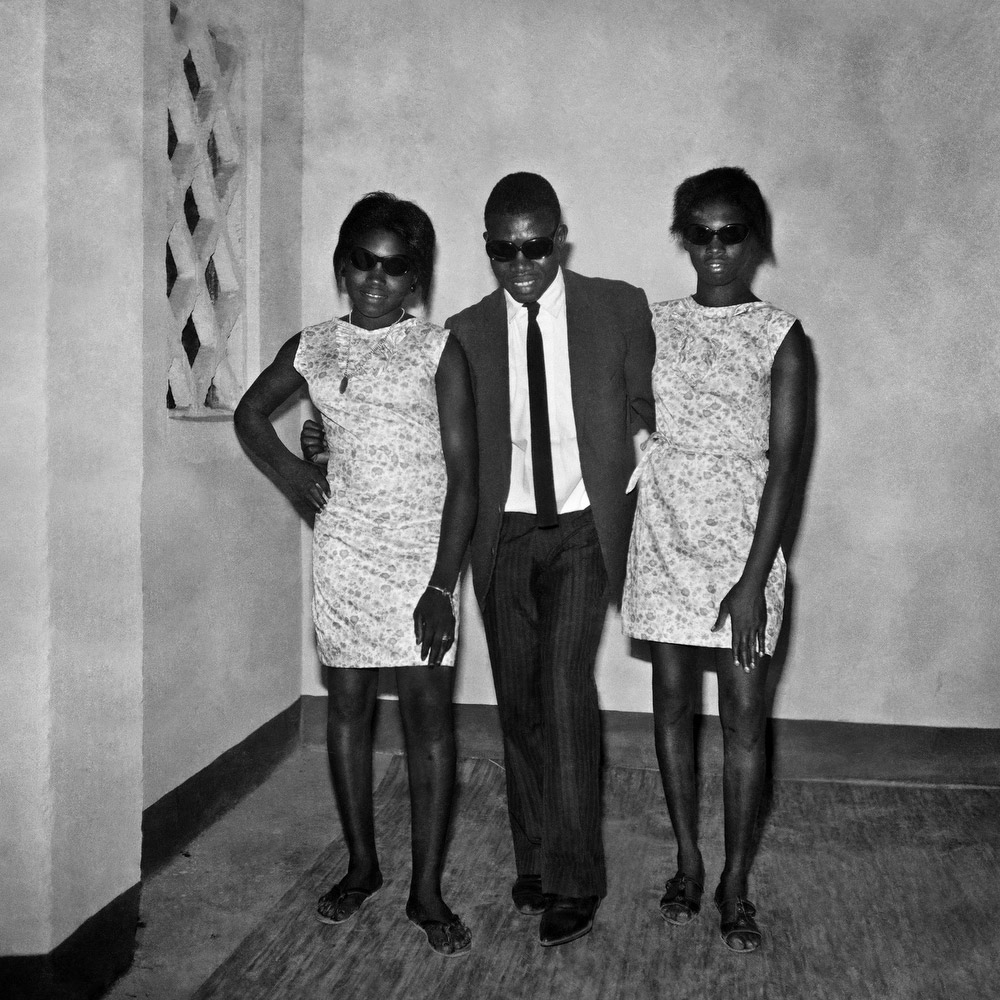 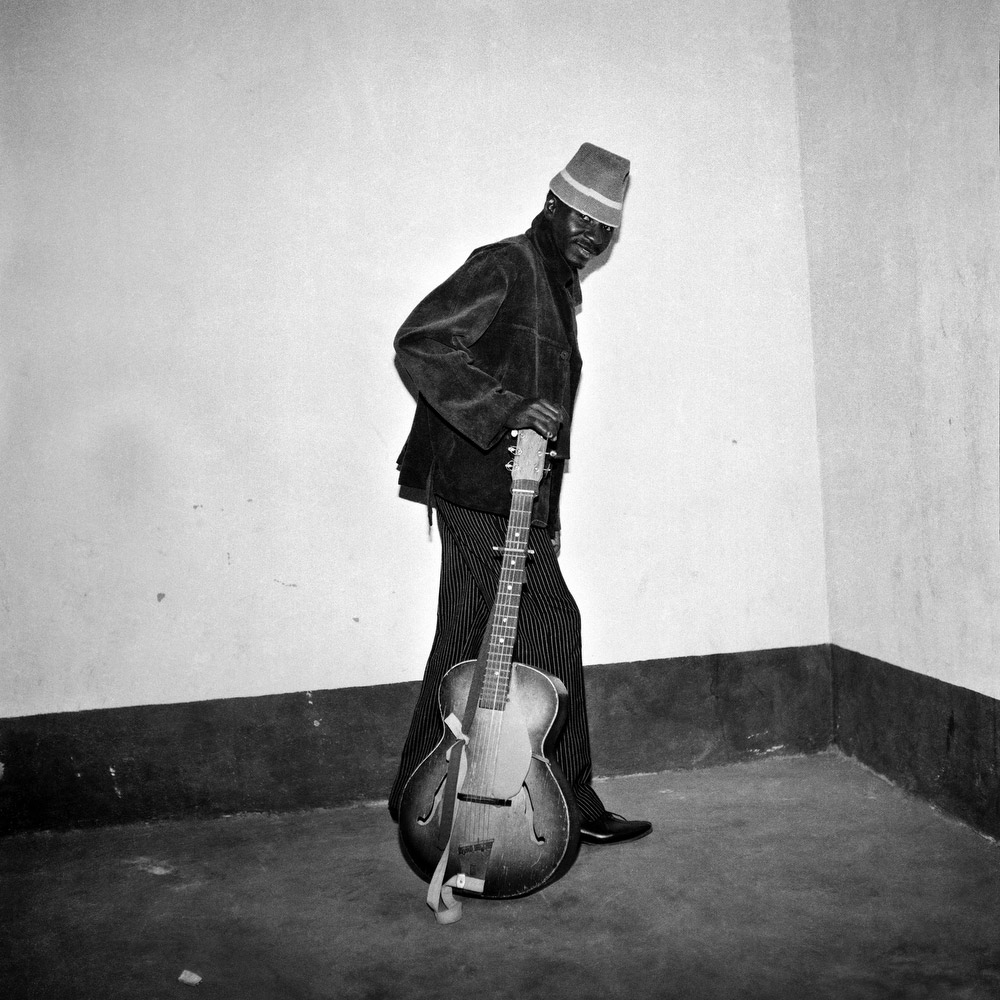 After the current show in London, there are plans to display Sory’s work in France, Norway, Nigeria, and Mali. Mazzoleni estimates the photographer has hundreds of thousands of images that could be exhibited — which would be millions if he had not destroyed so many.

Sory says he never wanted or expected such recognition but is enjoying it nonetheless. He wishes some of the people who attended the parties in Bobo could also see his work.

“If some of those people knew a book was coming out about those parties they would feel crazy to remember such good times,” he says. 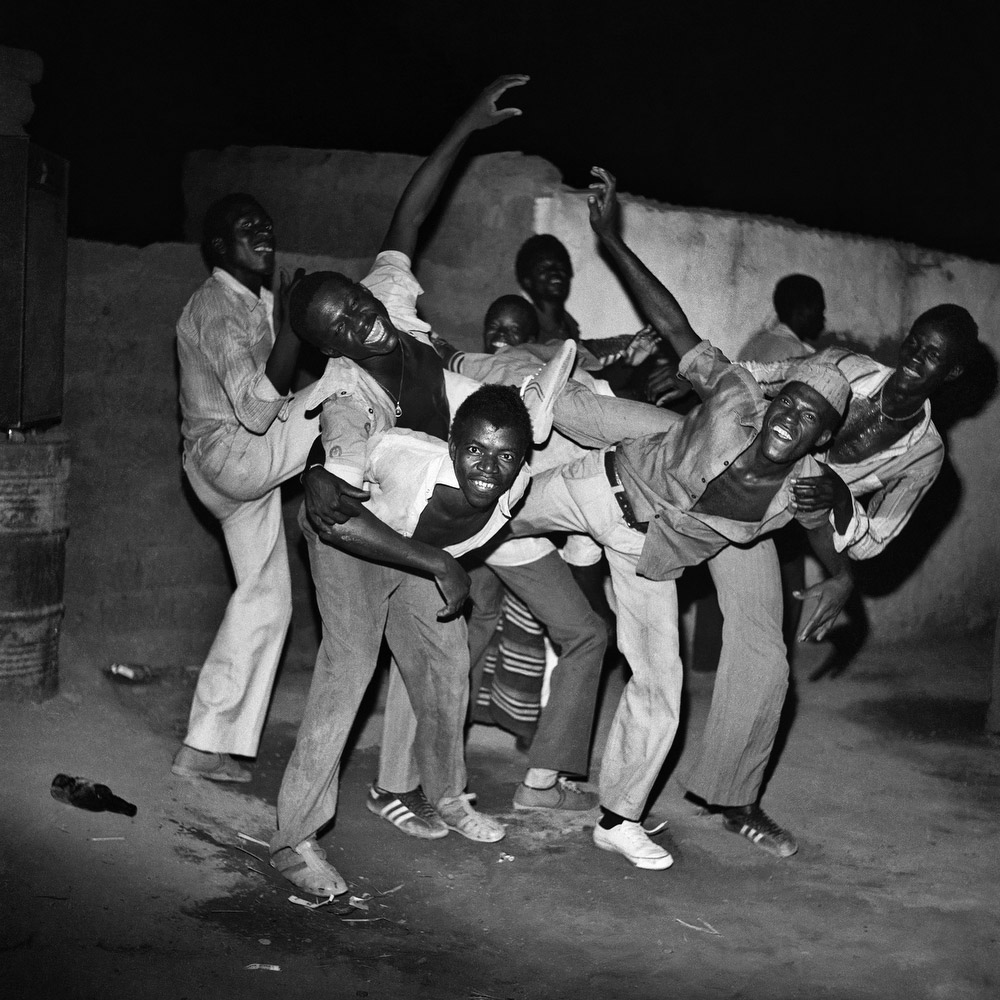 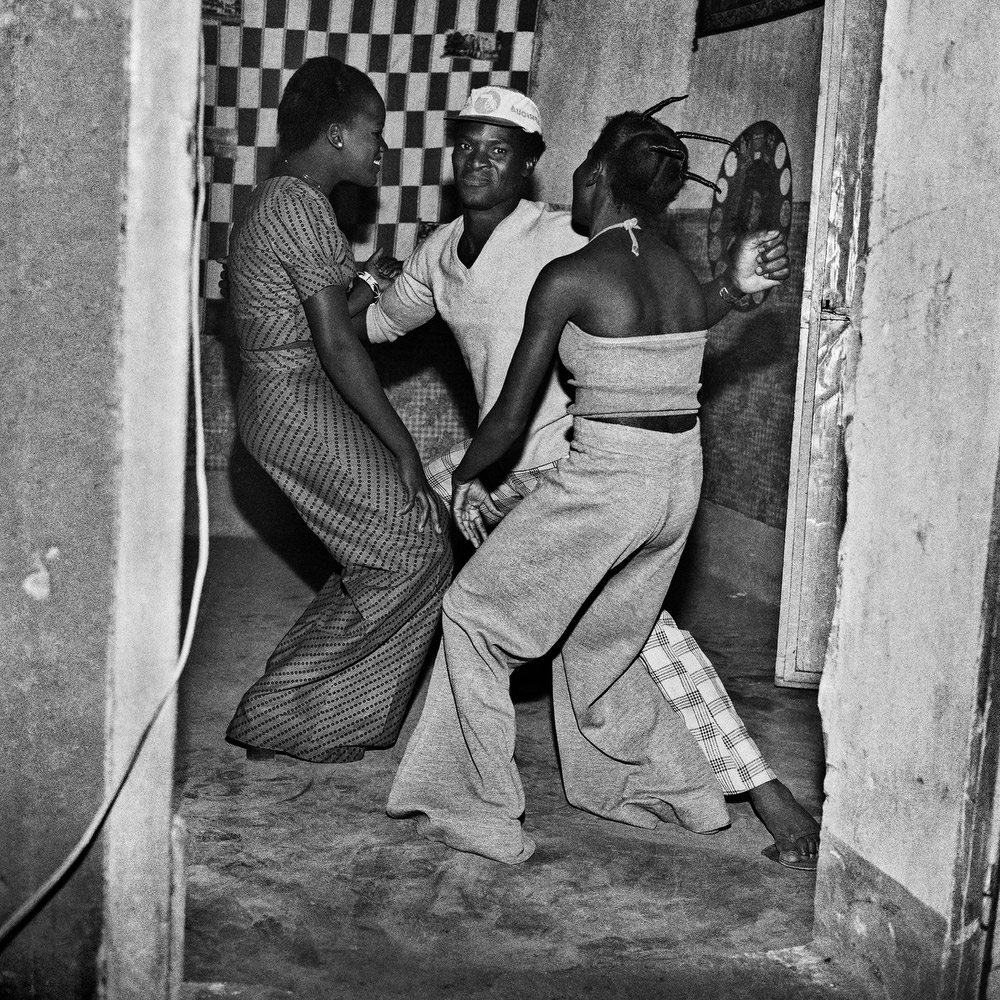 But ever the hard-working entrepreneur, Sory is not limiting himself to photography. For the first time he reveals he has plans to launch a new water-purifying service in his hometown named “L’eau pour tous” — water for everyone.

The current explosion of interest in Sory’s work might lead to greater interest in the artists of his region, but he doubts whether young photographers could have the same experience. For one thing, the deteriorating security situation would make travel and parties around the Malian border more challenging.

The unique and carefree Bobo of Sory’s time has been and gone. But it lives on in his photography. 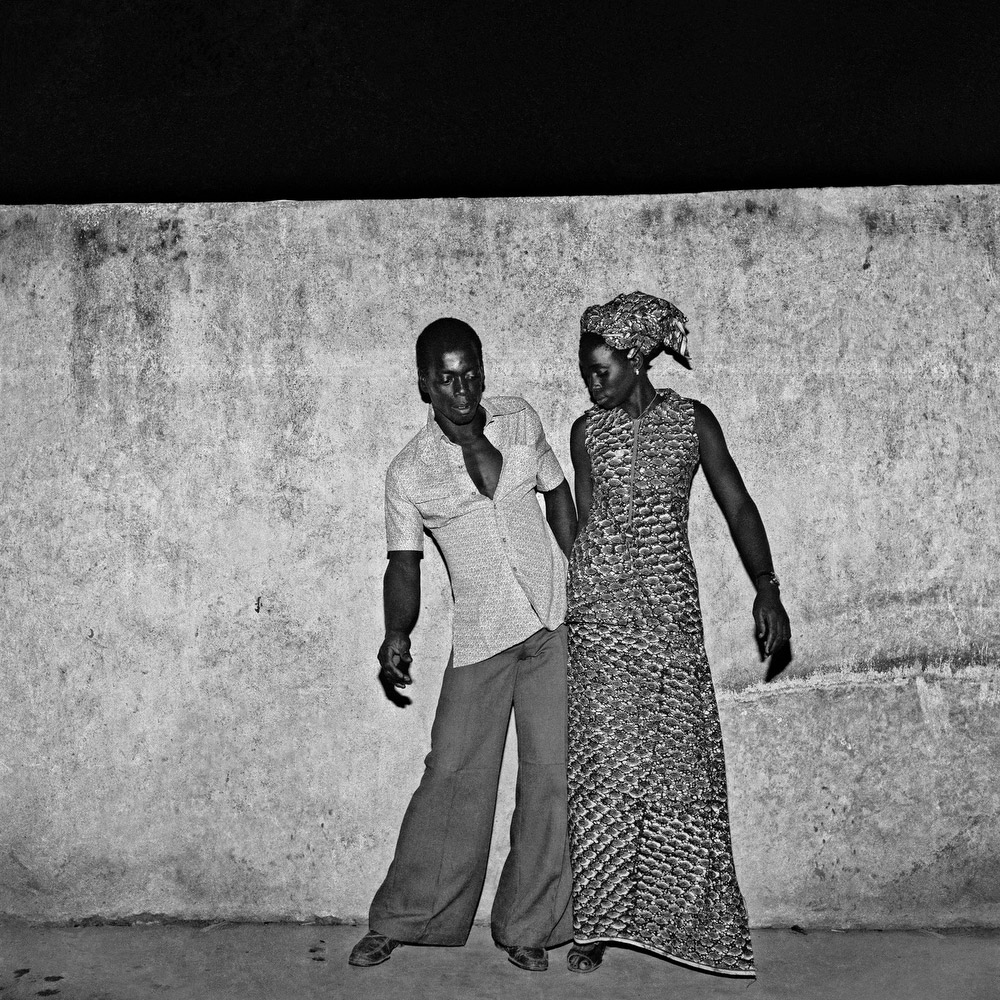 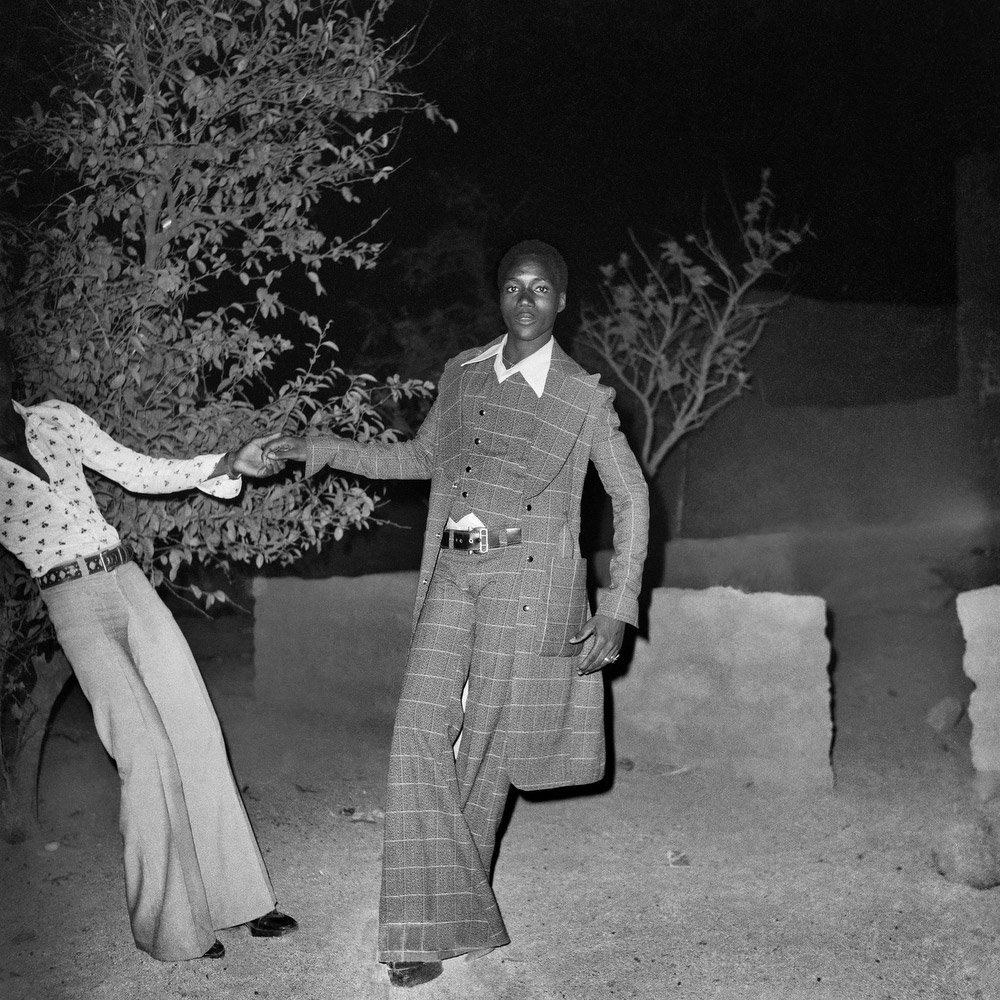 Sanlé Sory is a Burkinabe photographer based in Bobo-Dioulasso. His book “Peuple de la Nuit” will be published by Stanley/Barker to coincide with an exhibition at the David Hill Gallery in London from April 5 through May 31.