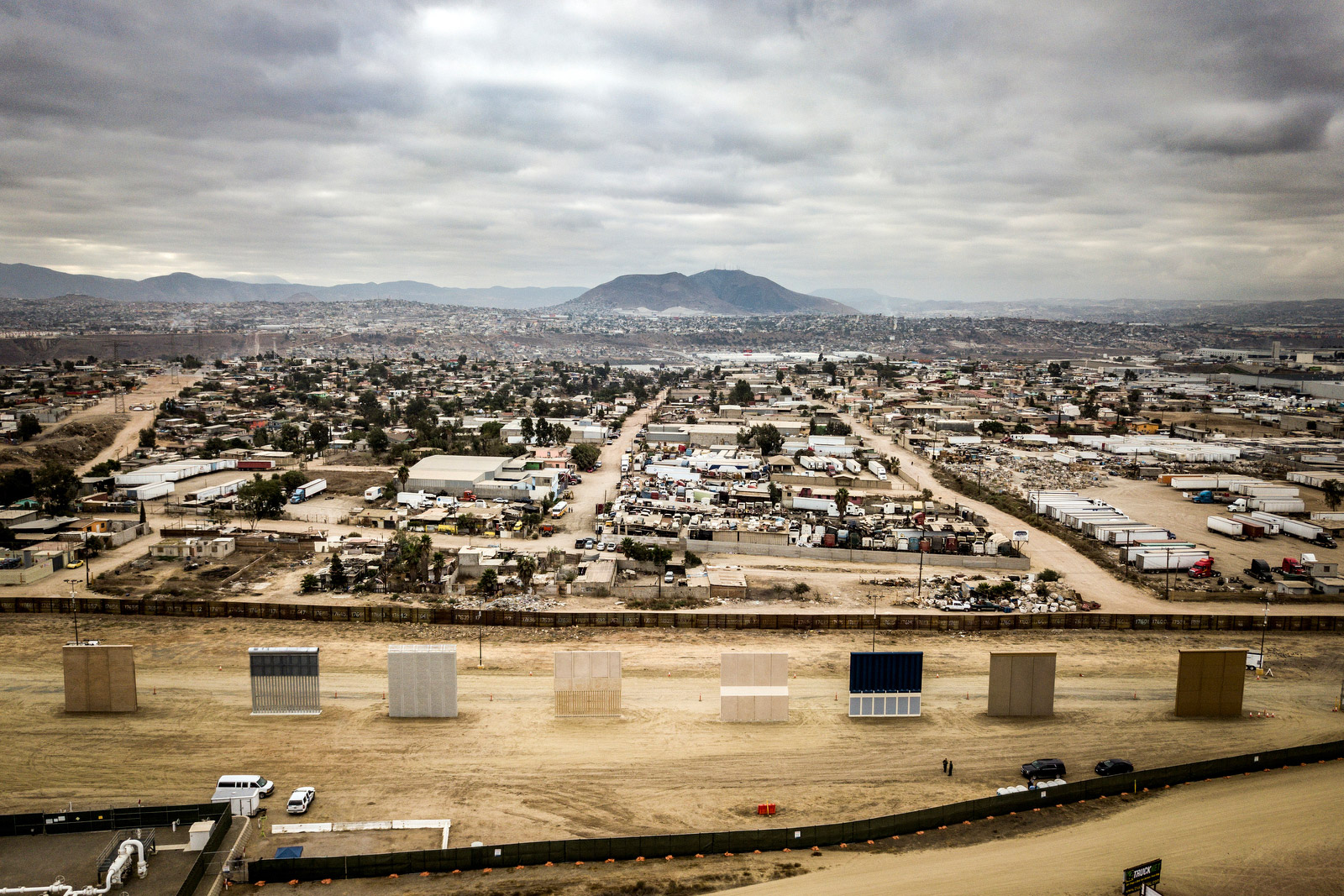 America’s other national emergencies, in photos

President Donald Trump confirmed Friday that he is declaring a national emergency to secure funding for a wall at the US-Mexico border.

Before this, 59 national emergencies had been declared since the National Emergencies Act was signed in 1976, according to a list compiled by the Brennan Center for Justice.

Of those, 31 are still active. This is the 32nd, and it is Trump’s fourth while in office.

Take a look at some of the other active emergencies that are still in effect:

President Jimmy Carter declared a national emergency 10 days after Iranian students stormed the US Embassy in Tehran and took dozens of hostages. Carter ordered US banks to freeze all Iranian assets. 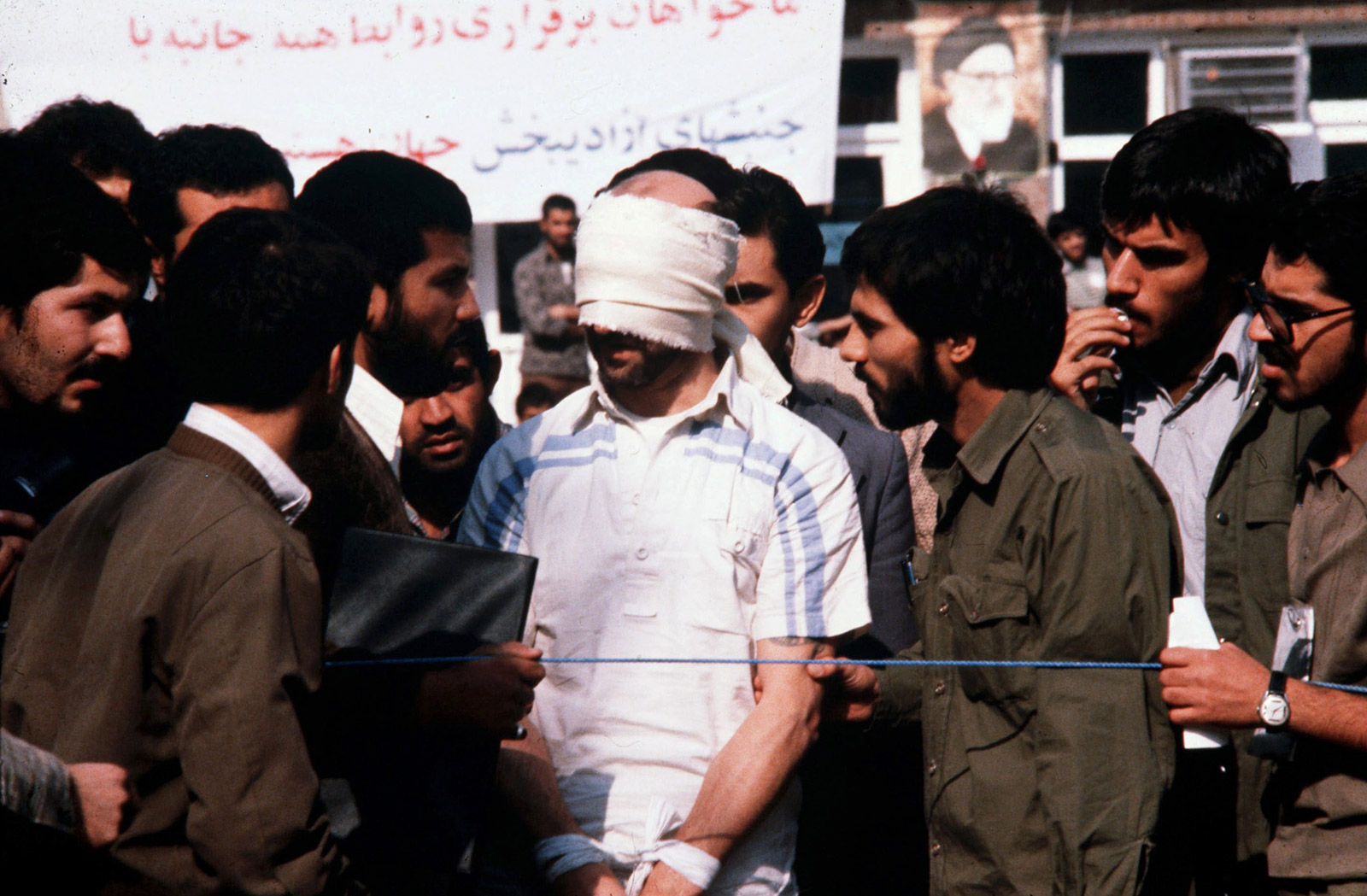 In November 1979, 66 Americans were taken hostage after supporters of Iran's Islamic Revolution took over the US Embassy in Tehran, Iran. All female and African-American hostages were freed, but President Carter could not secure the other 52 hostages' freedom. They were finally released after Ronald Reagan was sworn in as President 444 days later. Alain Mingam/Gamma-Rapho/Getty Images

Many of the national emergencies still in place regard economic sanctions.

President Bill Clinton signed this executive order to block the US holdings of what the government deemed to be terrorist organizations.

The emergency was signed a day after a suicide bombing near Netanya, Israel. 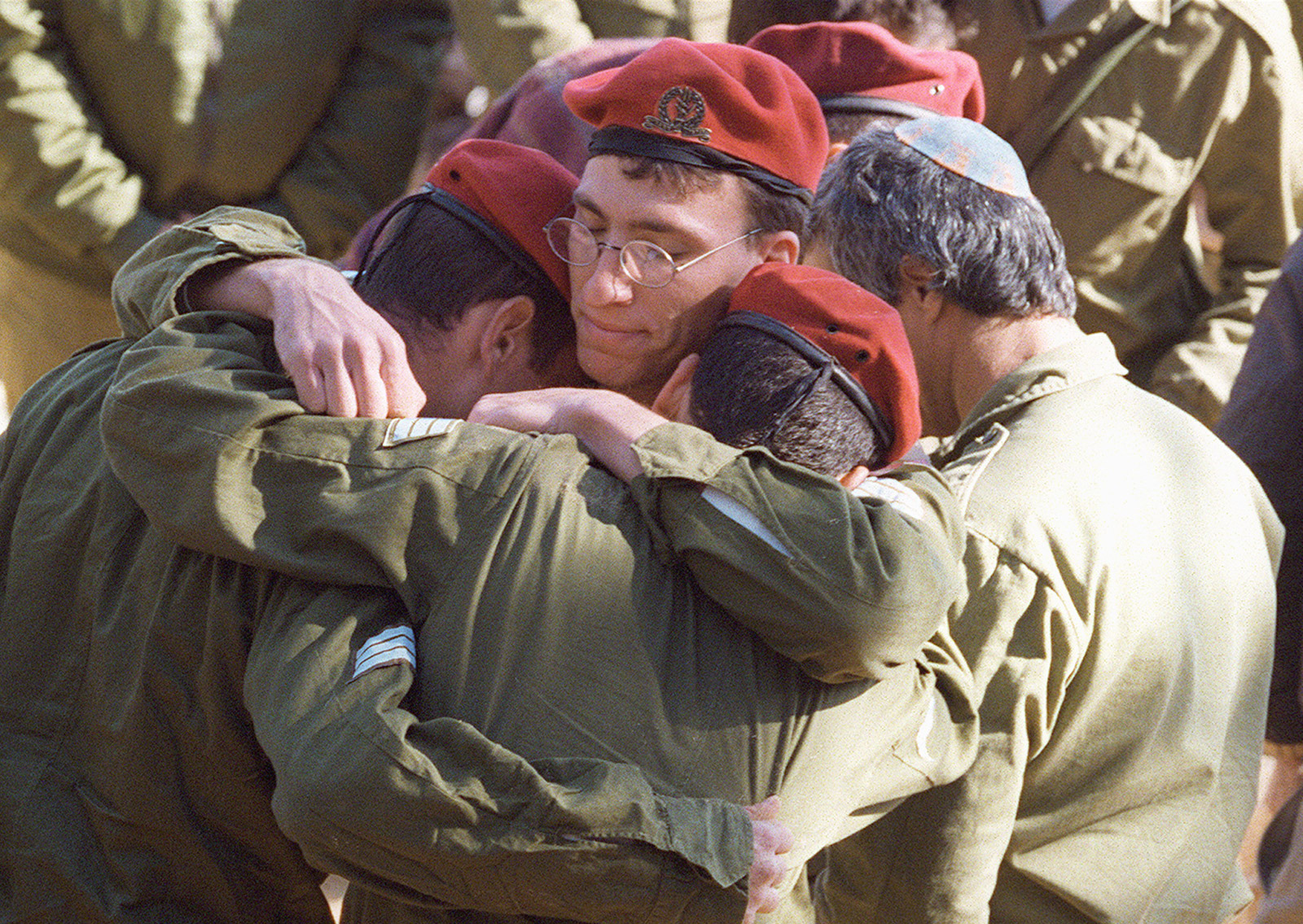 Israeli soldiers grieve during the funeral for comrade Yaron Blum, who was killed in a suicide attack in Netanya, Israel, in January 1995. Menahem Kahana/AFP/Getty Images)

Regulation of the Anchorage and Movement of Vessels with Respect to Cuba (March 1, 1996)

After two US-registered civilian aircraft were shot down by Cuba, Clinton gave the Secretary of Transportation the authority to prevent unauthorized vessels from entering or passing through US territorial waters. 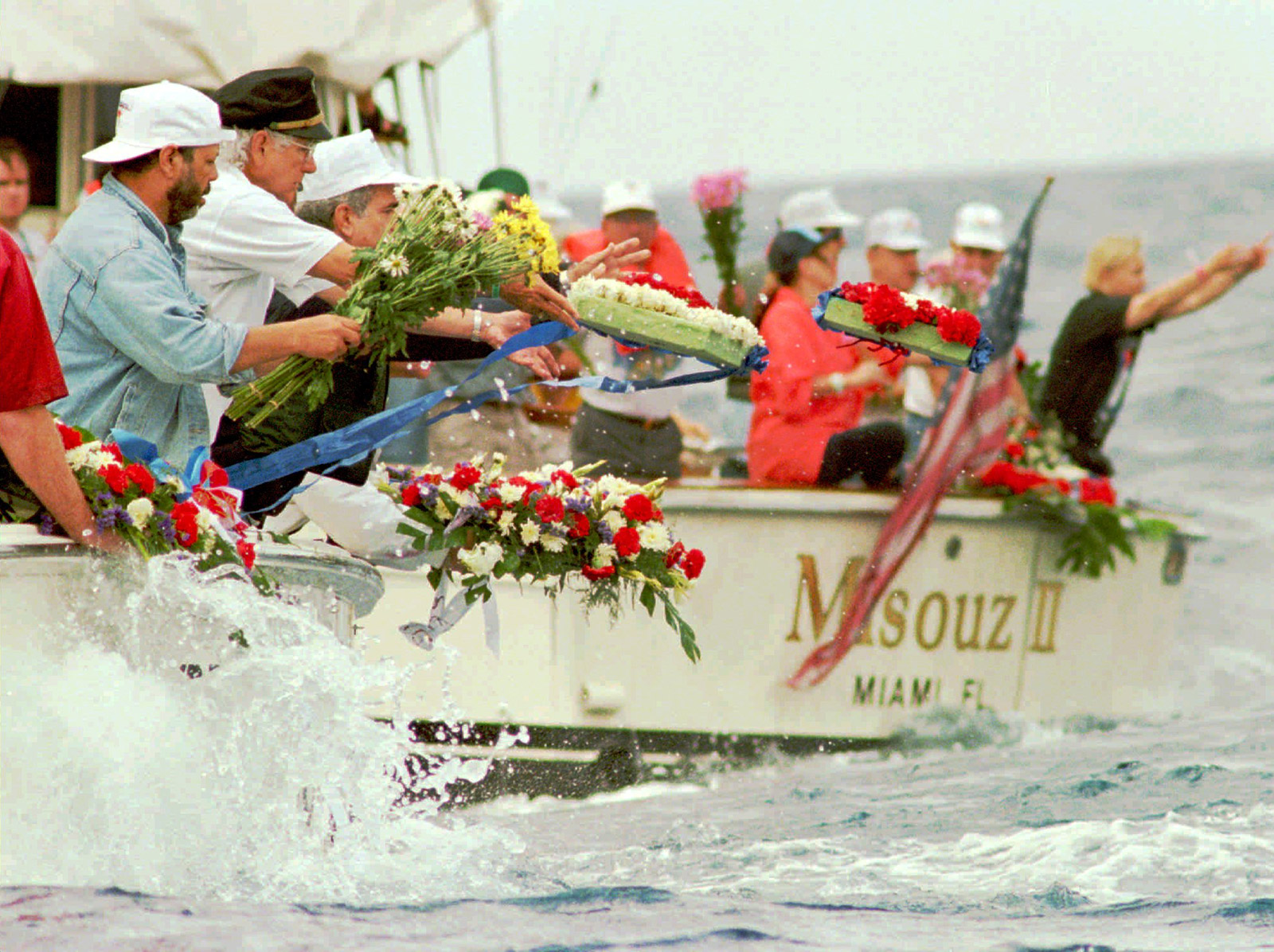 Cuban-Americans drop flowers into the Straits of Florida, between Key West, Florida, and Cuba, to remember those who lost their lives when their planes were shot down by Cuba in February 1996. Daniel Portnoy/AP

Declaration of National Emergency by Reason of Certain Terrorist Attacks (September 14, 2001) and Blocking Property and Prohibiting Transactions with Persons who Commit, Threaten to Commit, or Support Terrorism (September 23, 2001)

President George W. Bush declared these emergencies in the wake of the September 11 terrorist attacks. 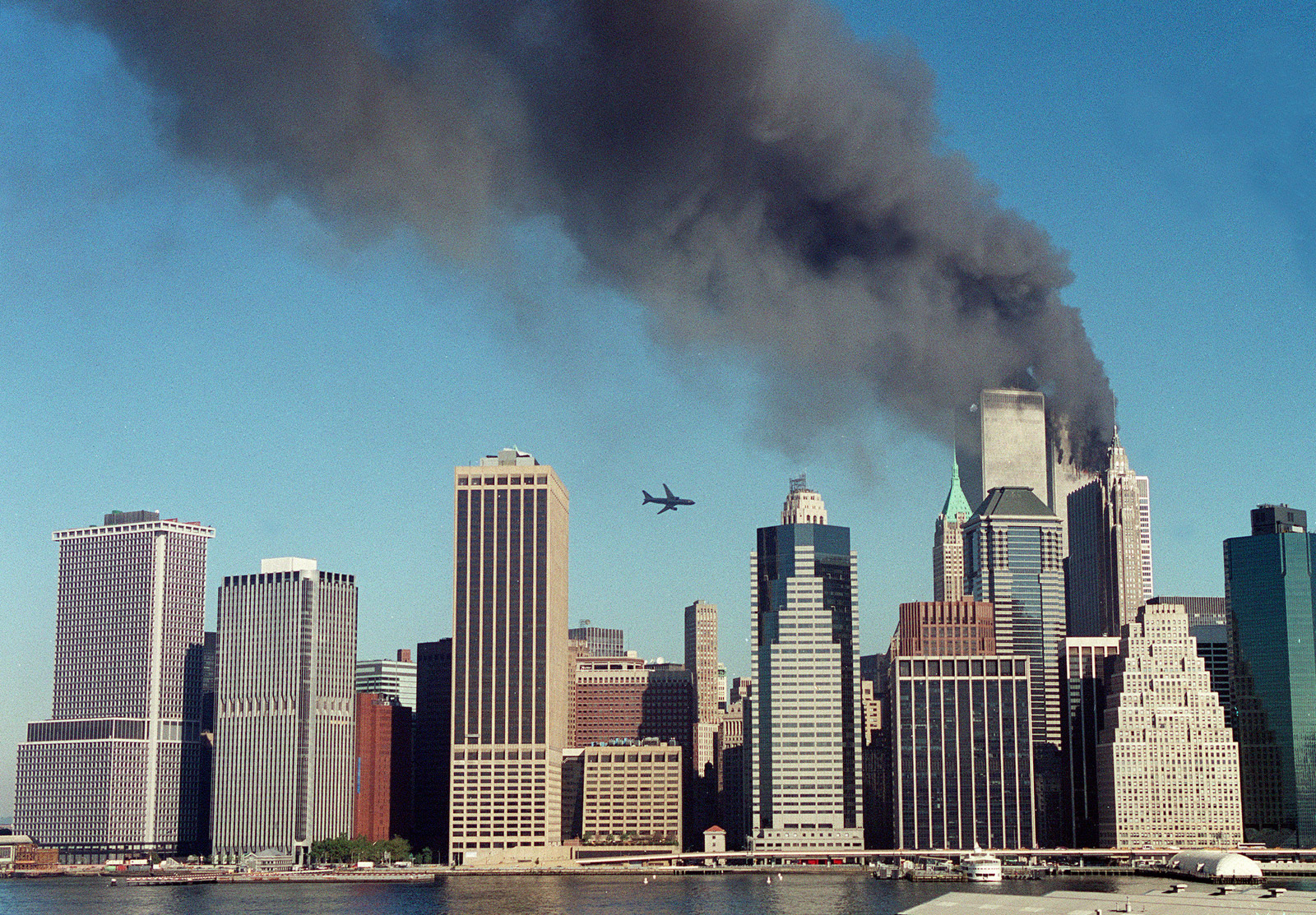 United Airlines Flight 175 approaches the south tower of New York’s World Trade Center before crashing into it on September 11, 2001. Just minutes earlier, American Airlines Flight 11 had hit the north tower. The commercial planes were hijacked by terrorists in an attack orchestrated by al Qaeda leader Osama bin Laden. Another plane struck the Pentagon in Washington, and a fourth crashed into a field near Shanksville, Pennsylvania. A total of 2,977 people were killed. Kelly Guenther/The New York Times/Redux

Protecting the Development Fund for Iraq and Certain Other Property in Which Iraq has an Interest (May 22, 2003)

Bush issued this after the US invasion of Iraq to protect the Development Fund of Iraq, which used assets seized from Saddam Hussein’s regime to rebuild the country. 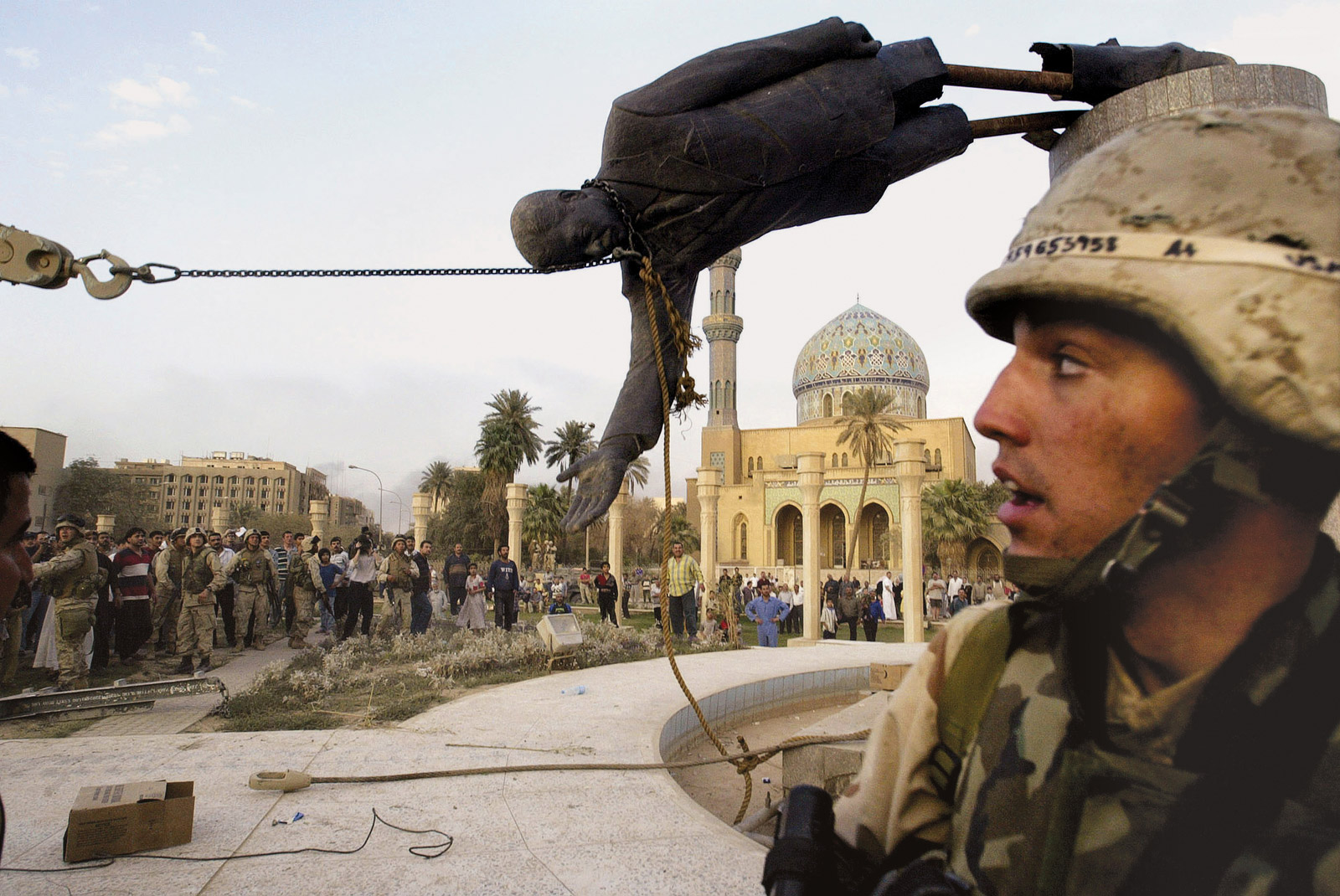 Iraqi civilians watch US troops pull down a statue of Saddam Hussein in downtown Baghdad in April 2003. Jerome Delay/AP

These sanctions came after what Bush called “the fundamentally undemocratic March 2006 elections” in Belarus.

In 2006, security forces cracked down on protesters in the aftermath of the elections, fearing the replication of a Color Revolution. 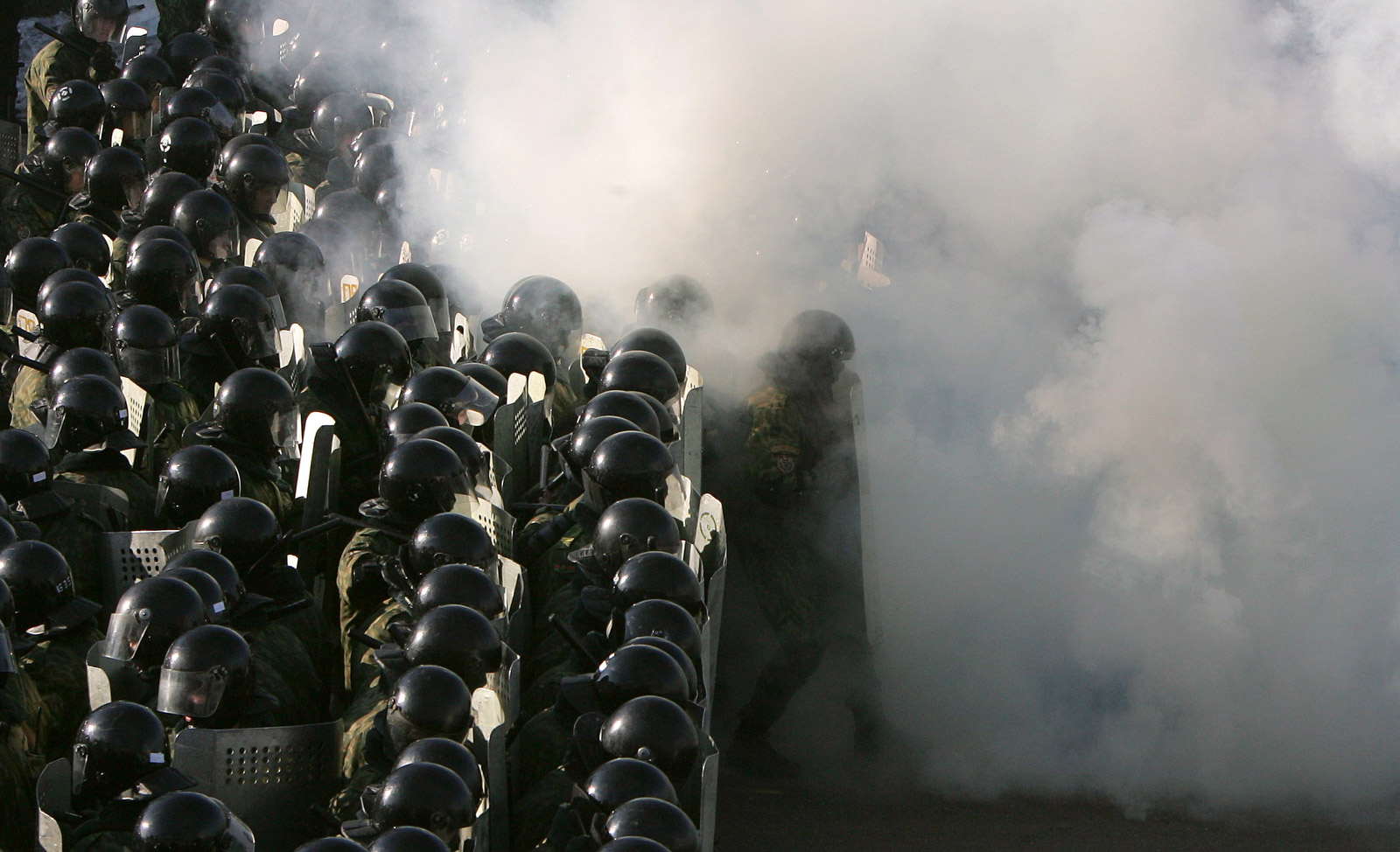 Blocking Property of Certain Persons Contributing to the Conflict in Somalia (April 12, 2010)

President Barack Obama announced these sanctions in response to “the deterioration of the security situation and the persistence of violence in Somalia, and acts of piracy and armed robbery at sea off the coast of Somalia, which have repeatedly been the subject of United Nations Security Council resolutions.” 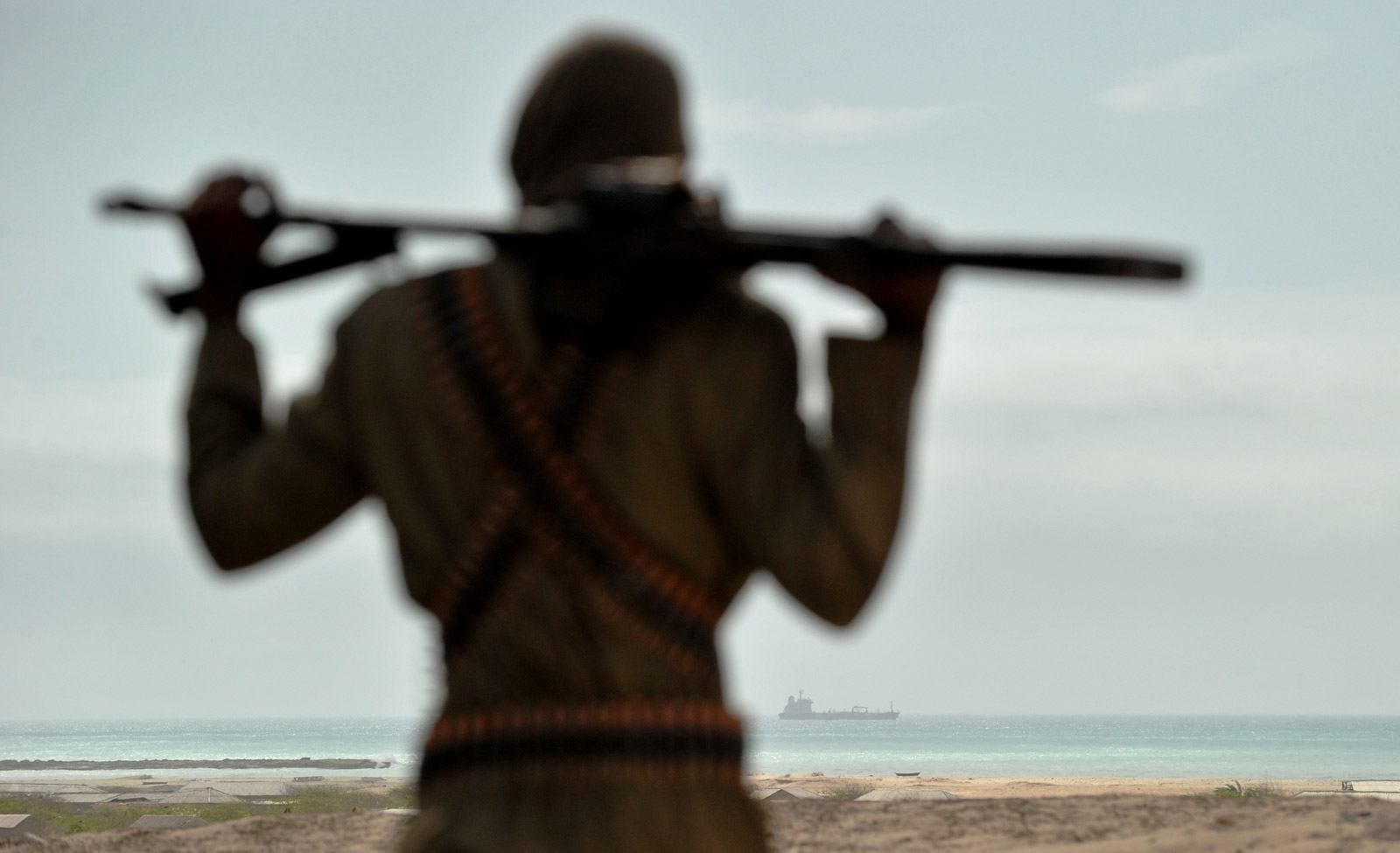 Somali pirate Mohamed Garfanji stands on sandy dunes just outside Hobyo, Somalia, as he watches the outline of a hijacked ship anchored off the coast in August 2010. Roberto Schmidt/AFP/Getty Images

Obama froze the assets of Libyan leader Moammar Gadhafi, saying that Gadhafi, his government, and close associates “have taken extreme measures against the people of Libya, including by using weapons of war, mercenaries, and wanton violence against unarmed civilians.”

Gadhafi was killed later that year after being captured by rebel forces. 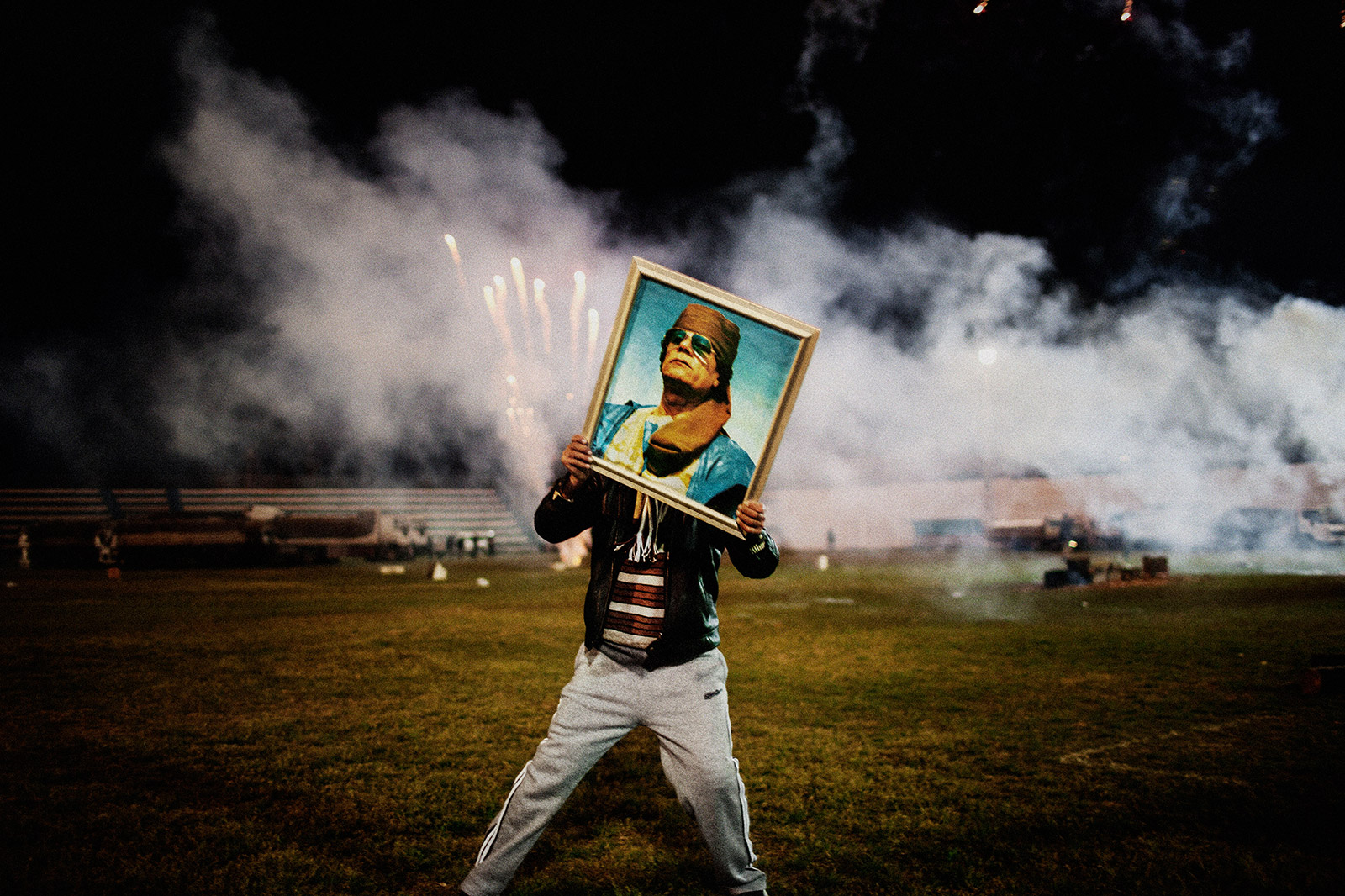 A supporter of Moammar Gadhafi holds a portrait of the Libyan leader after regime forces retook the city of Zawiya in 2011. Moises Saman/Magnum Photos

These sanctions target criminal organizations that Obama said “have reached such scope and gravity that they threaten the stability of international political and economic systems.” Among the specific organizations mentioned in Obama’s executive order are the Yakuza in Japan and Los Zetas in Mexico. 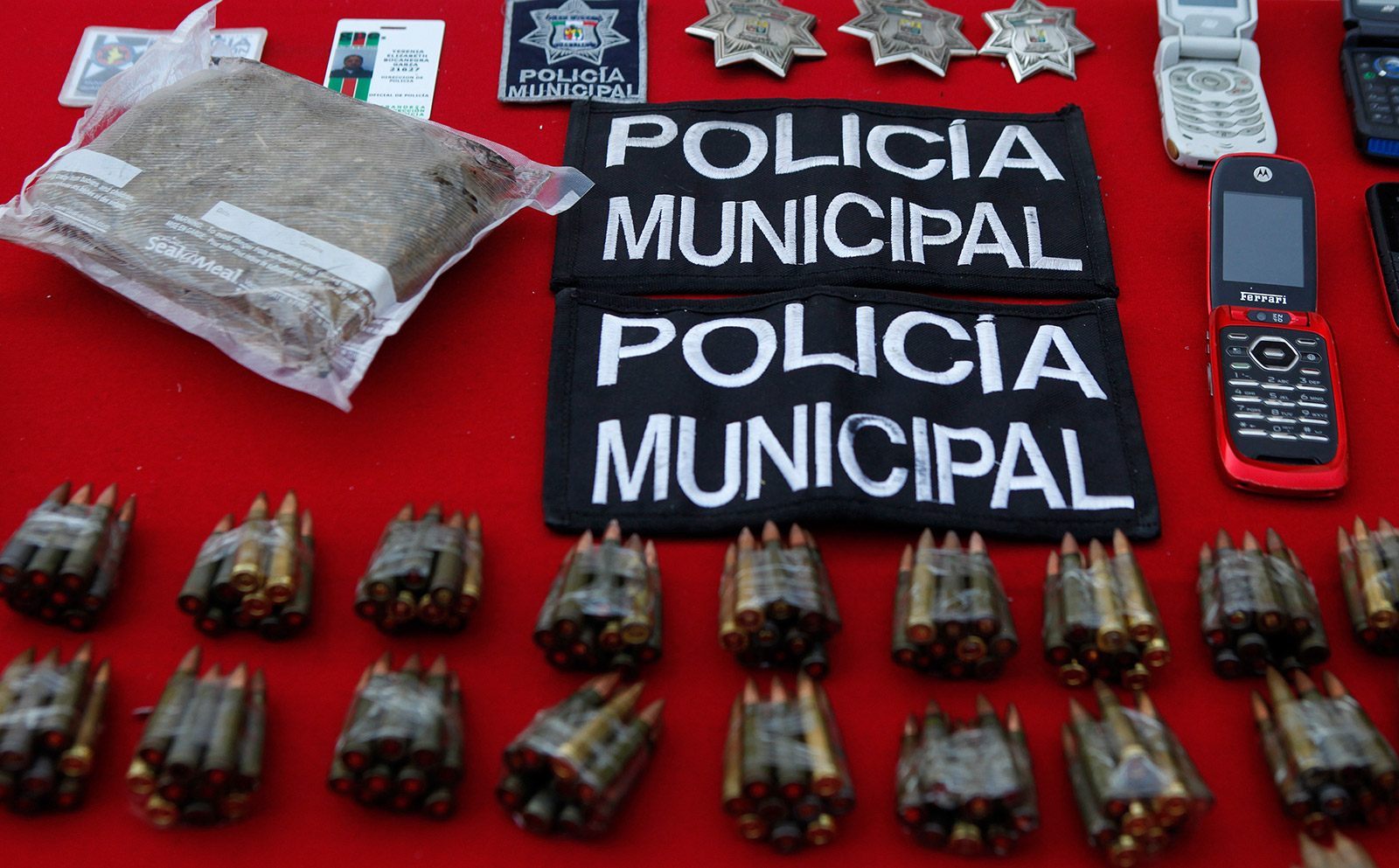 Police badges, ammunition and a packet of marijuana are displayed to the media after the arrest of an alleged Los Zetas ring leader in Mexico in February 2011. Tomas Bravo/Reuters

Blocking Property of Persons Threatening the Peace, Security, or Stability of Yemen (May 16, 2012)

This executive order allows for sanctions to be imposed on anyone deemed to be threatening Yemen’s peace, security and stability by obstructing the country’s political transition.

Since 2004, a group of militant Shiite Muslims called the Houthis have been rebelling against the Yemeni government. 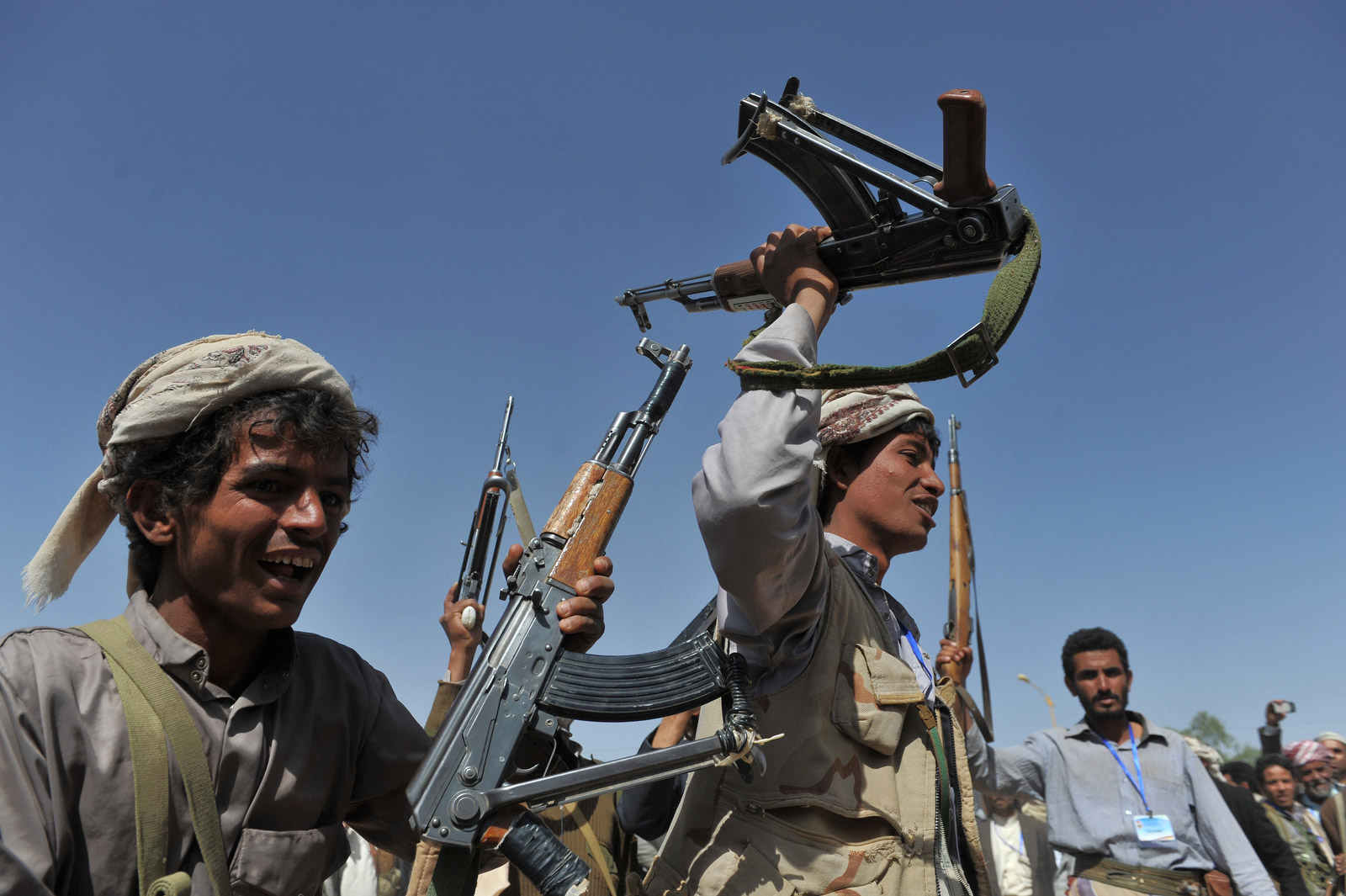 Supporters of the Shiite Houthi movement dance with guns following a tribal gathering in the northern city of Saada, Yemen, in December 2012. Yahya Arhab/EPA

Blocking Property of Certain Persons Contributing to the Situation in Ukraine (March 6, 2014)

Obama instituted these sanctions while Russia was annexing the Crimean peninsula.

The region remains a dispute between Russia and Ukraine. 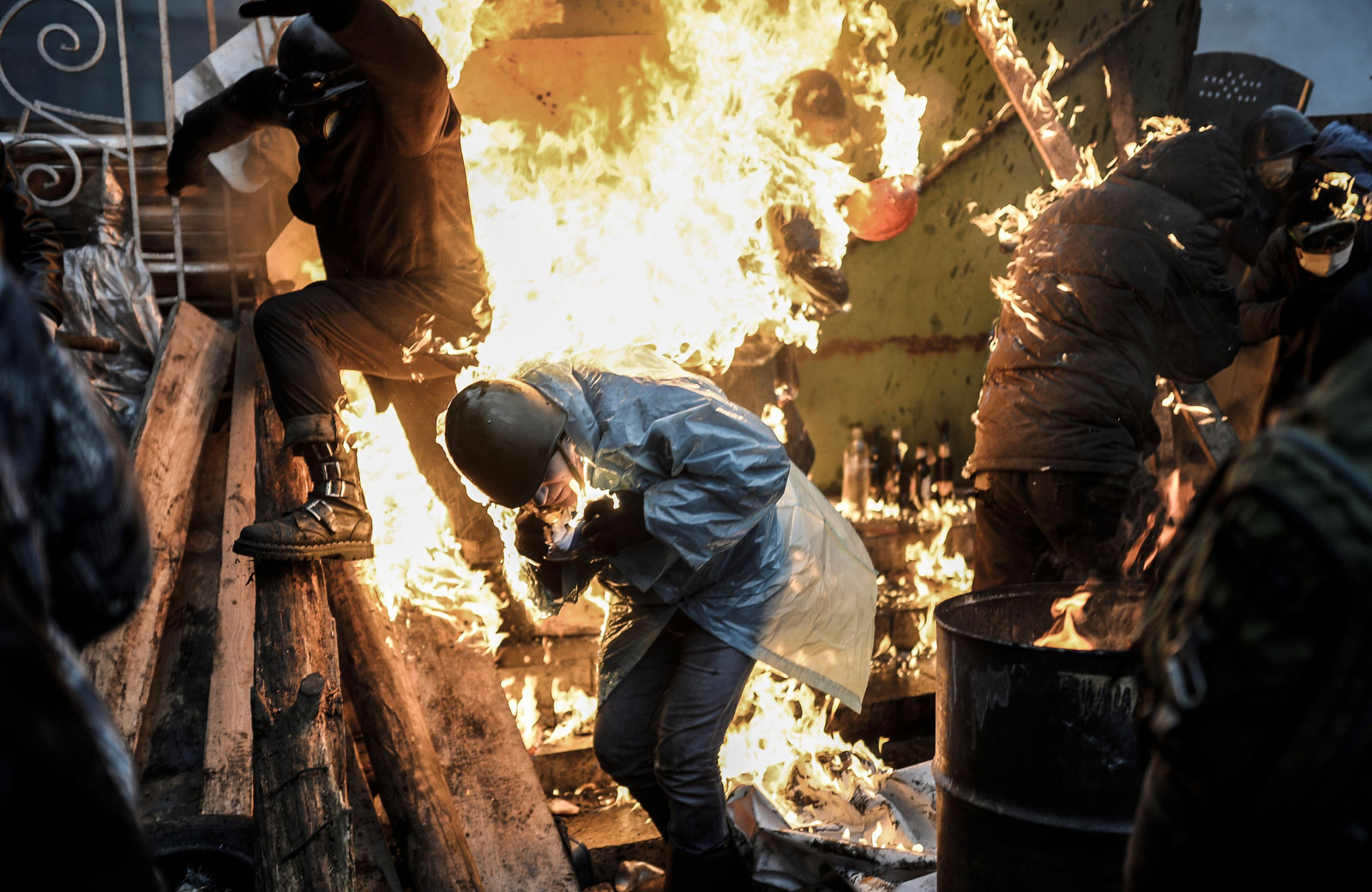 Protesters catch fire as they stand behind burning barricades during clashes with police in Kiev, Ukraine, in February 2014. Bulent Kilic/AFP/Getty Images

South Sudan gained its independence from Sudan in 2011, but the country has been mired in civil war since December 2013. 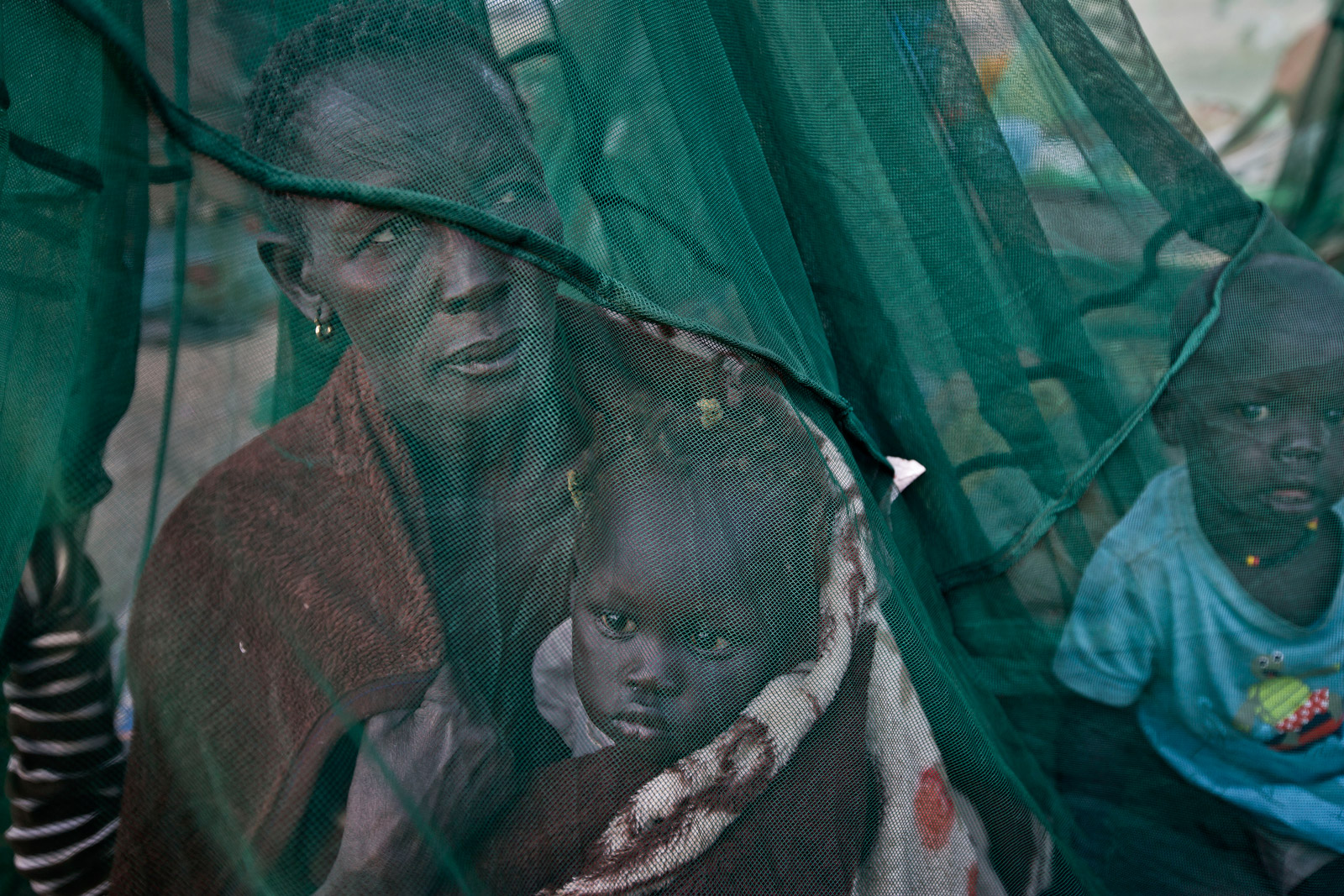 A displaced family who fled the fighting in South Sudan sits under a mosquito net in January 2014. Ben Curtis/AP

Blocking Property and Suspending Entry of Certain Persons Contributing to the Situation in Venezuela (March 8, 2015)

These sanctions were meant to address the human-rights crisis in Venezuela, specifically targeting individuals “involved in or responsible for the erosion of human rights guarantees, persecution of political opponents, curtailment of press freedoms, use of violence and human rights violations and abuses in response to antigovernment protests, and arbitrary arrest and detention of antigovernment protestors.” 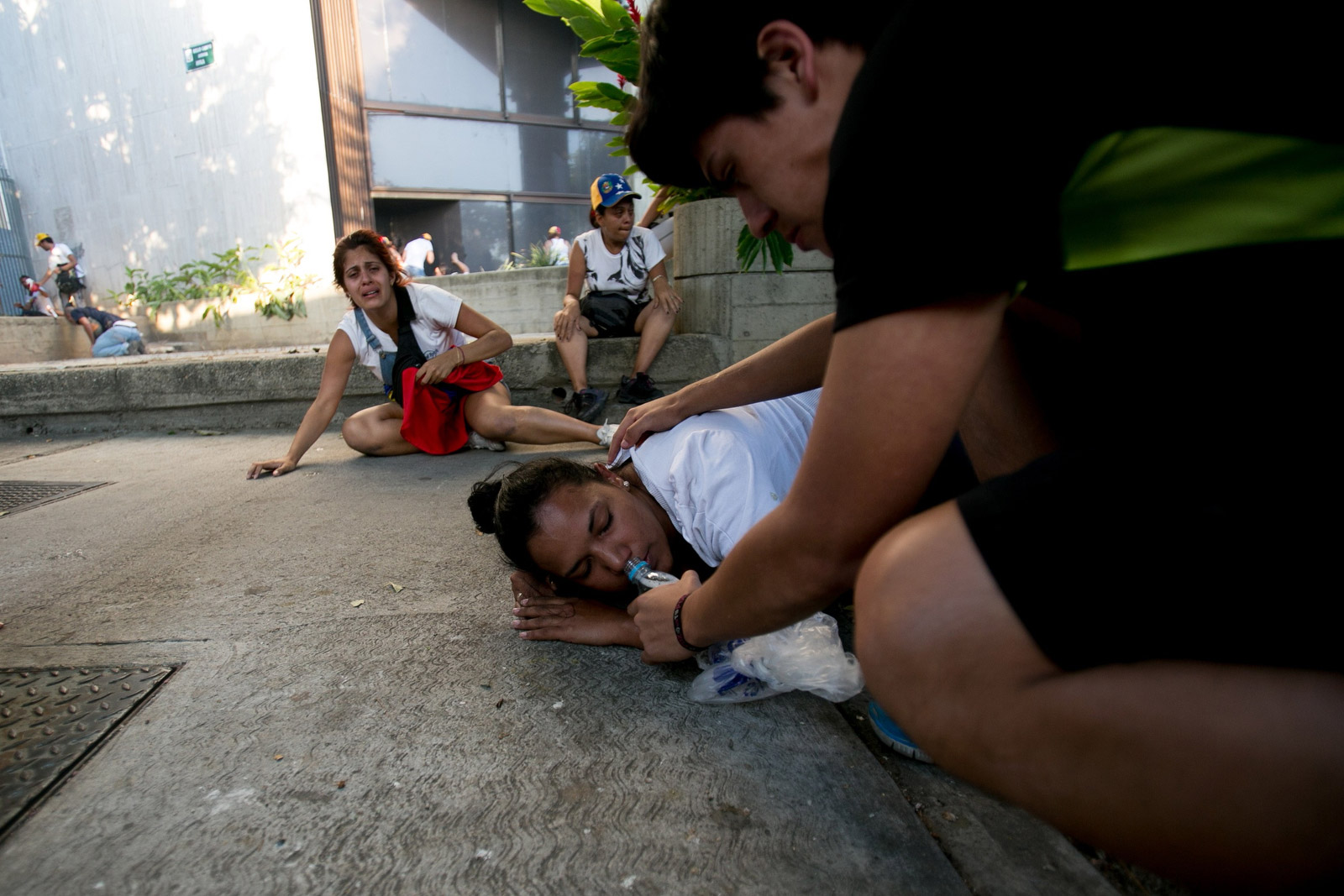 A woman affected by tear gas is helped by a fellow demonstrator in Caracas, Venezuela, after an opposition protest march ended in clashes with the Venezuelan National Guard in February 2014. Alejandro Cegarra/AP

Blocking Property of Certain Persons Contributing to the Situation in Burundi (November 22, 2015)

Obama signed this executive order to sanction those contributing to the unrest in the central African country of Burundi.

Burundi experienced months of violence after President Pierre Nkurunziza announced that he would run for a third term. The unrest left scores dead and caused more than 170,000 people to flee the country. 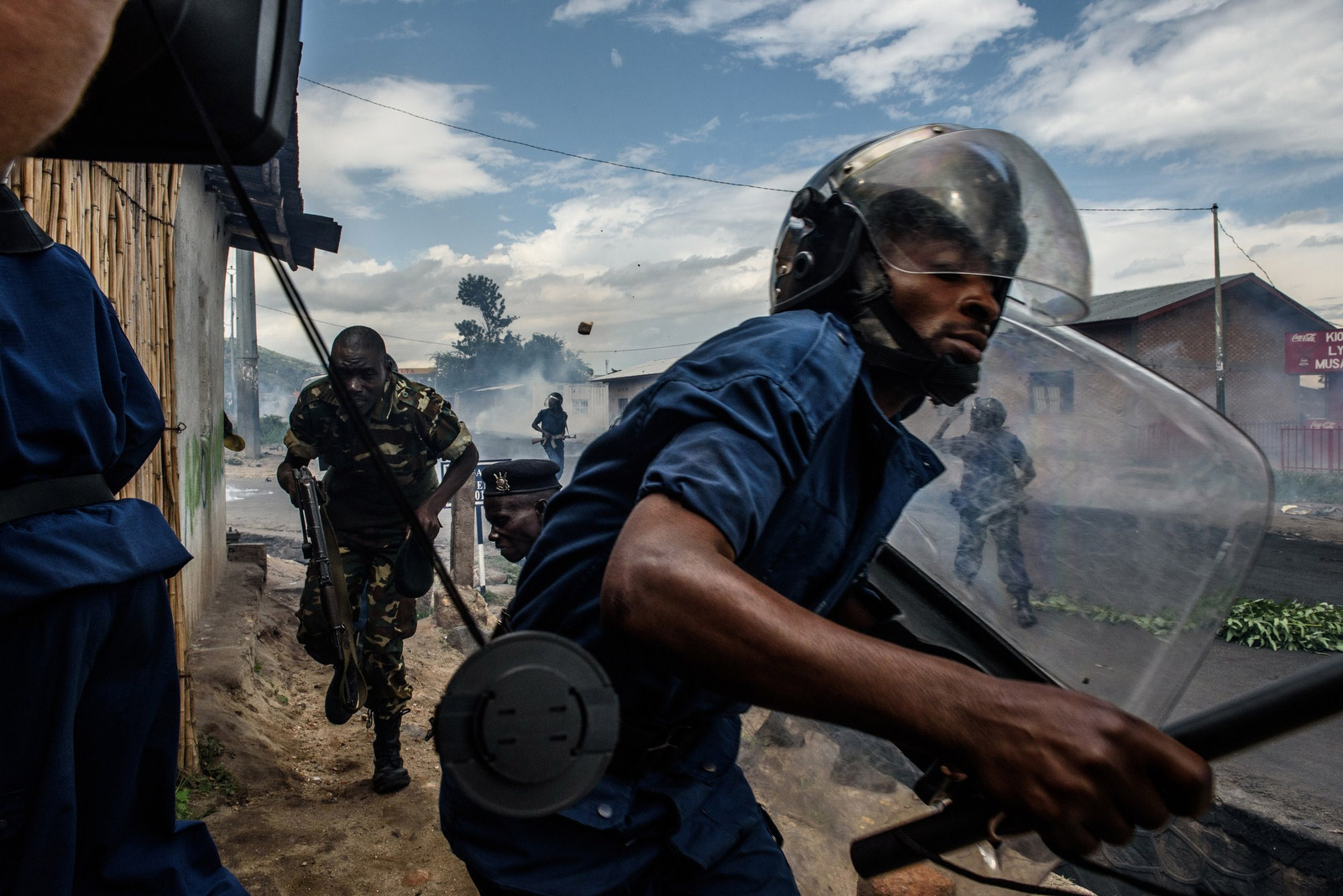 A Burundian police officer and army forces run after protesters had thrown stones during a demonstration against incumbent President Pierre Nkurunziza in May 2015. Jennifer Huxta/AFP/Getty Images

Trump’s first national emergency was imposing sanctions on 13 people deemed as “serious human rights abusers and corrupt actors.” Among them was Maung Maung Soe, a general in Myanmar who was head of the Western Command that oversaw the crackdown on the country’s Rohingya Muslim minority. 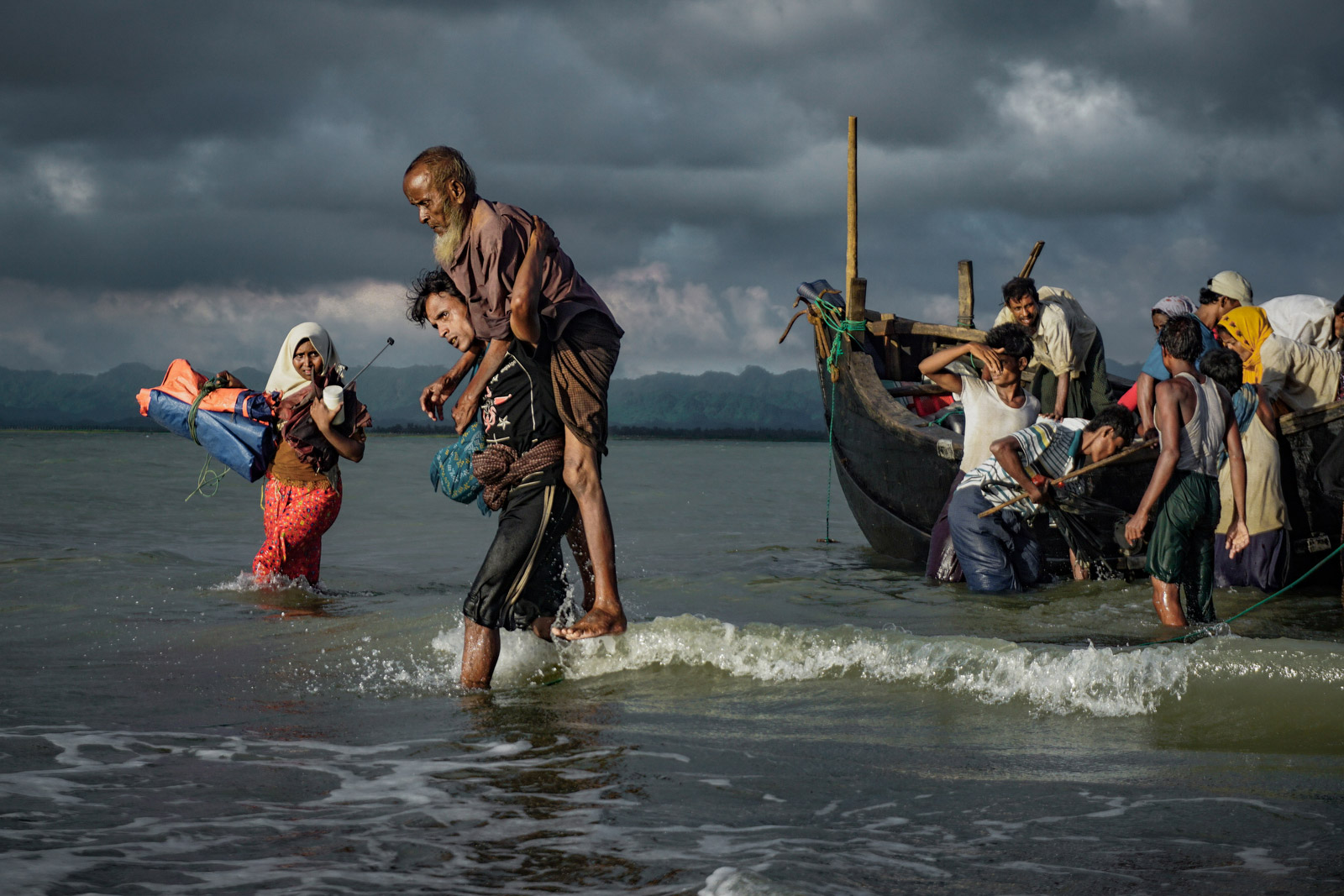 Rohingya refugees disembark from a boat on the Bangladeshi side of the Naf River in September 2017. Masfiqur Sohan/NurPhoto/Getty Images

Imposing Certain Sanctions in the Event of Foreign Interference in a United States Election (September 12, 2018)

Trump signed an executive order meant to punish foreign entities for interfering in US elections — an attempt to demonstrate muscle on an issue he's been accused of downplaying.

The order allows for new sanctions against Russian or other foreign actors. 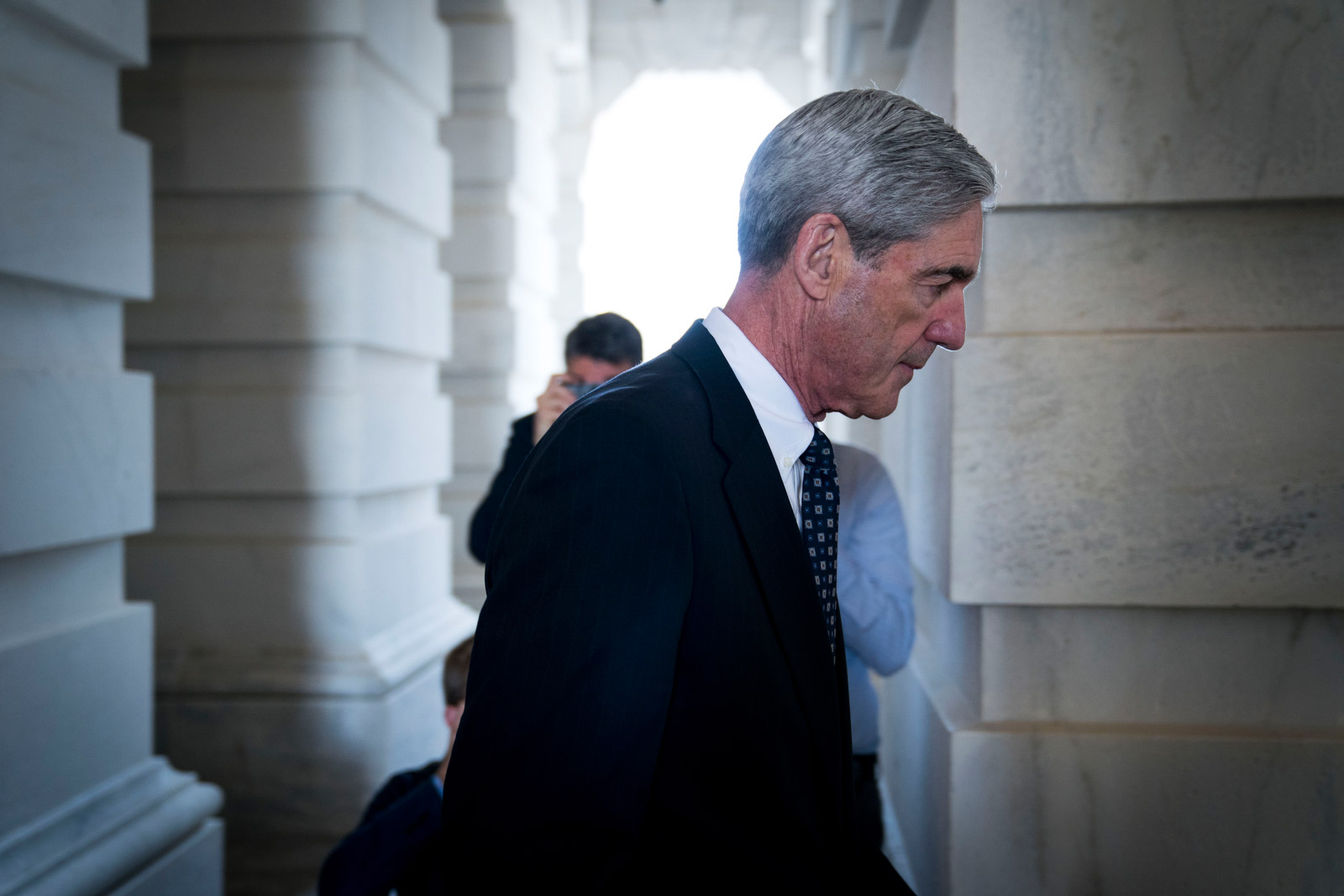 Blocking Property of Certain Persons Contributing to the Situation in Nicaragua (November 27, 2018) 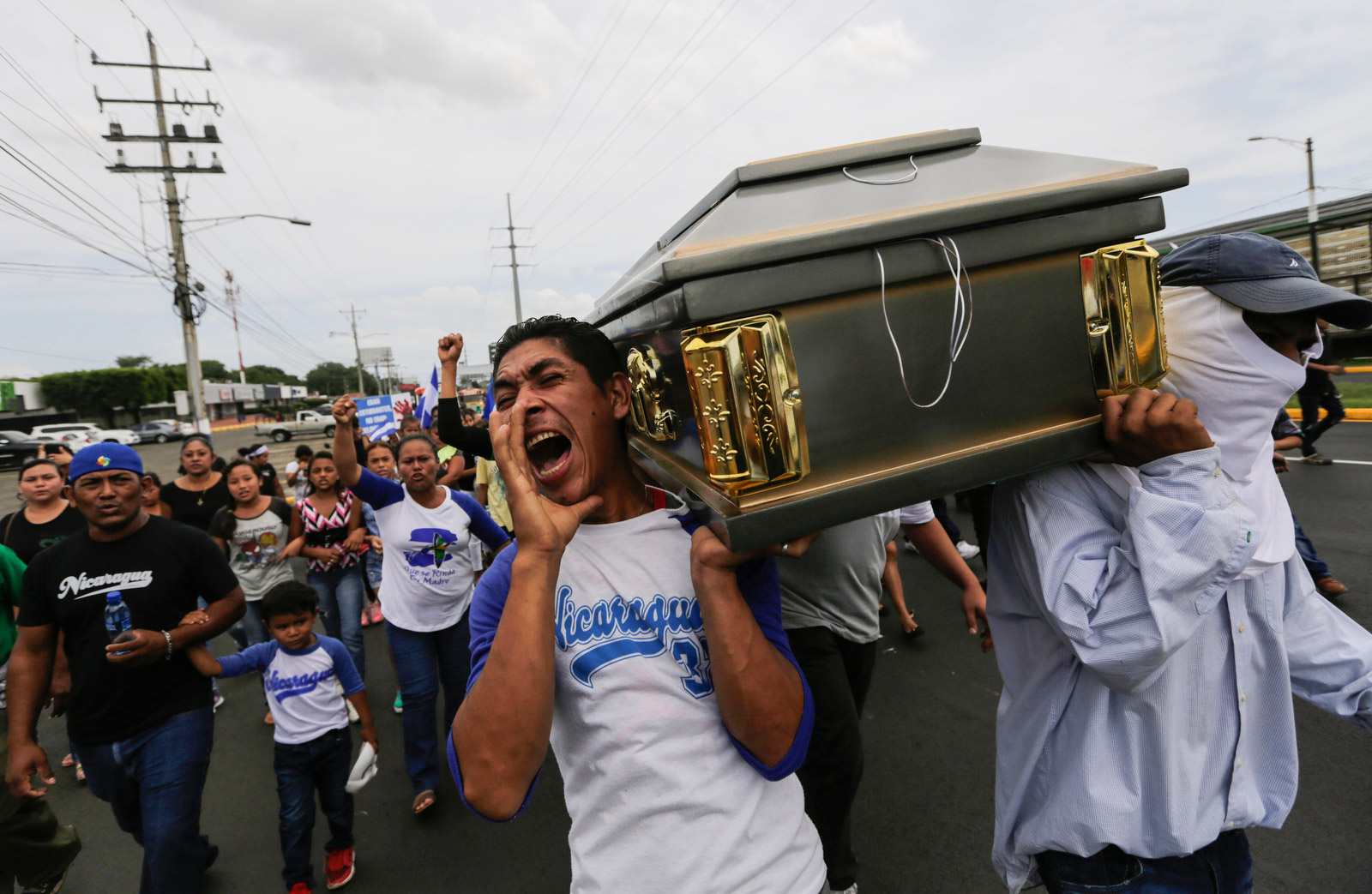 People carry a coffin containing the body of Gerald Velazquez, a student who was shot during clashes with riot police in Managua, Nicaragua, in July 2018. Inti Ocon/AFP/Getty Images