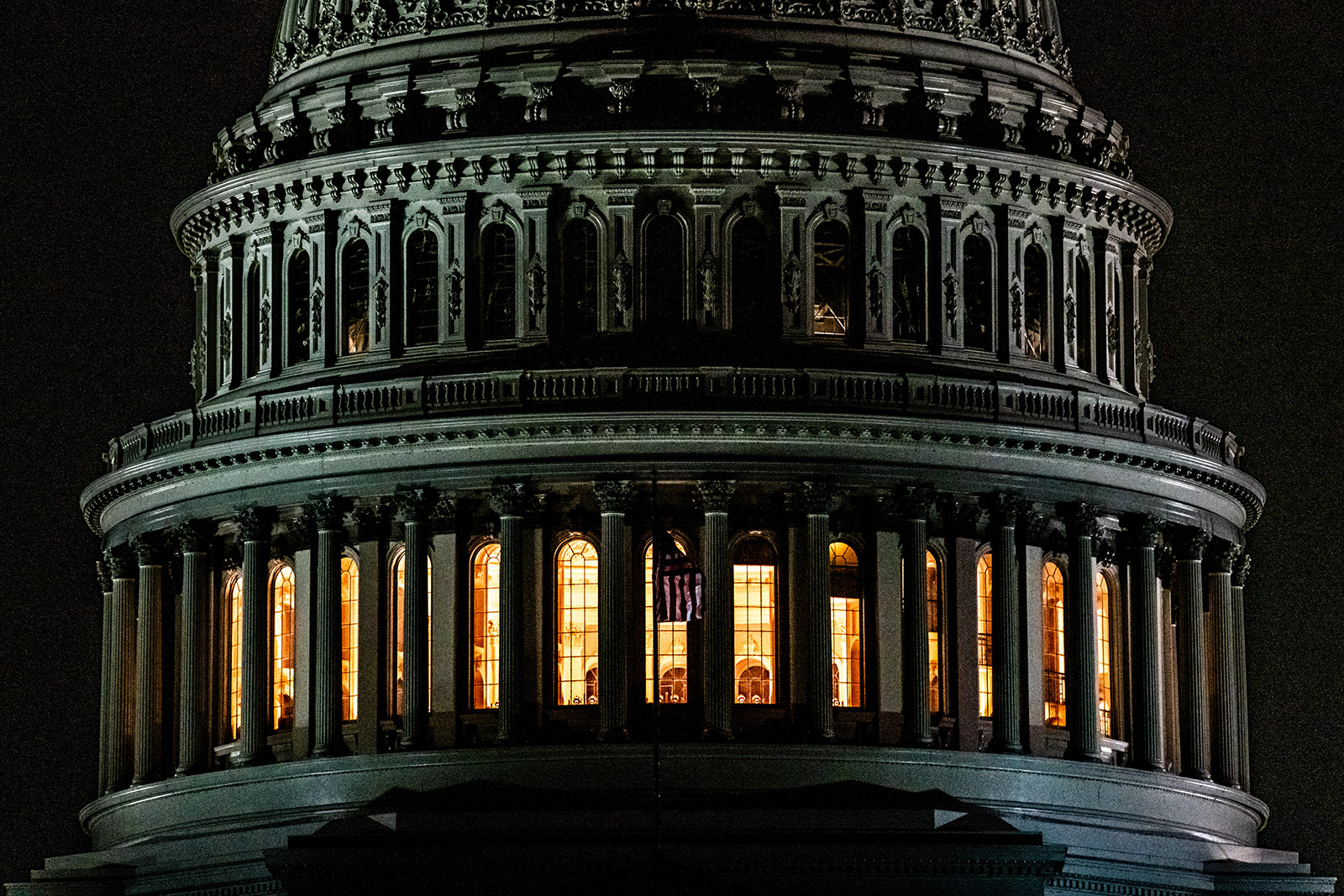 The US Capitol is lit up at night on Wednesday, January 9 — the 19th day of the partial government shutdown.

‘A weird emptiness’ as shutdown drags on

The US Capitol is lit up at night on Wednesday, January 9 — the 19th day of the partial government shutdown.

The nation’s capital is usually buzzing with people.

But with the government shutdown in effect, downtown Washington has an entirely different feel.

“I walked around some of these buildings, and you didn't see anyone walking anywhere for 15-20 minutes,” said photographer Stephen Voss, who has been based in Washington since 2005. “It's just very different than what you'd expect in downtown DC on a weekday. … It’s a weird emptiness.” 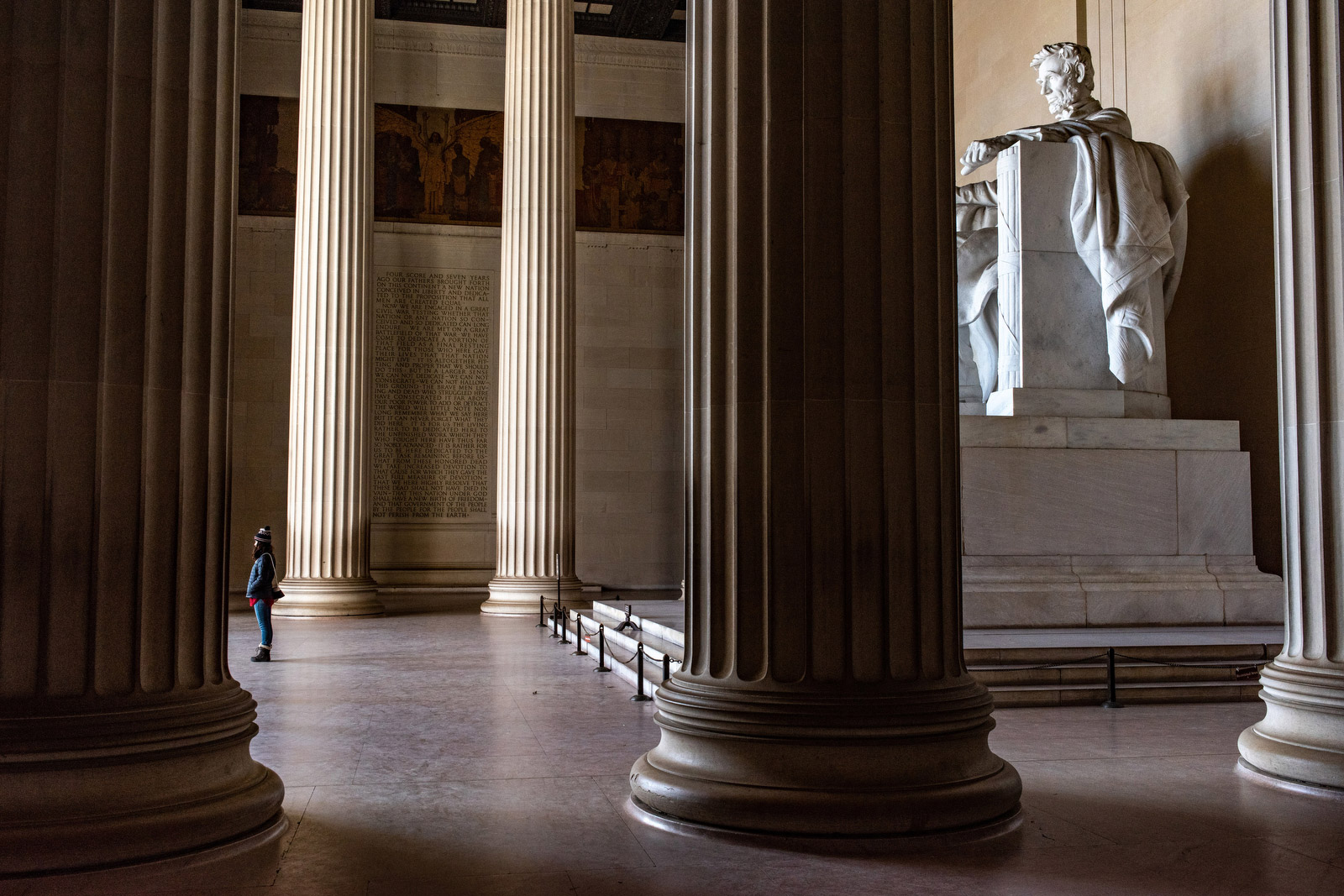 A visitor takes in the Lincoln Memorial on Thursday, January 10. 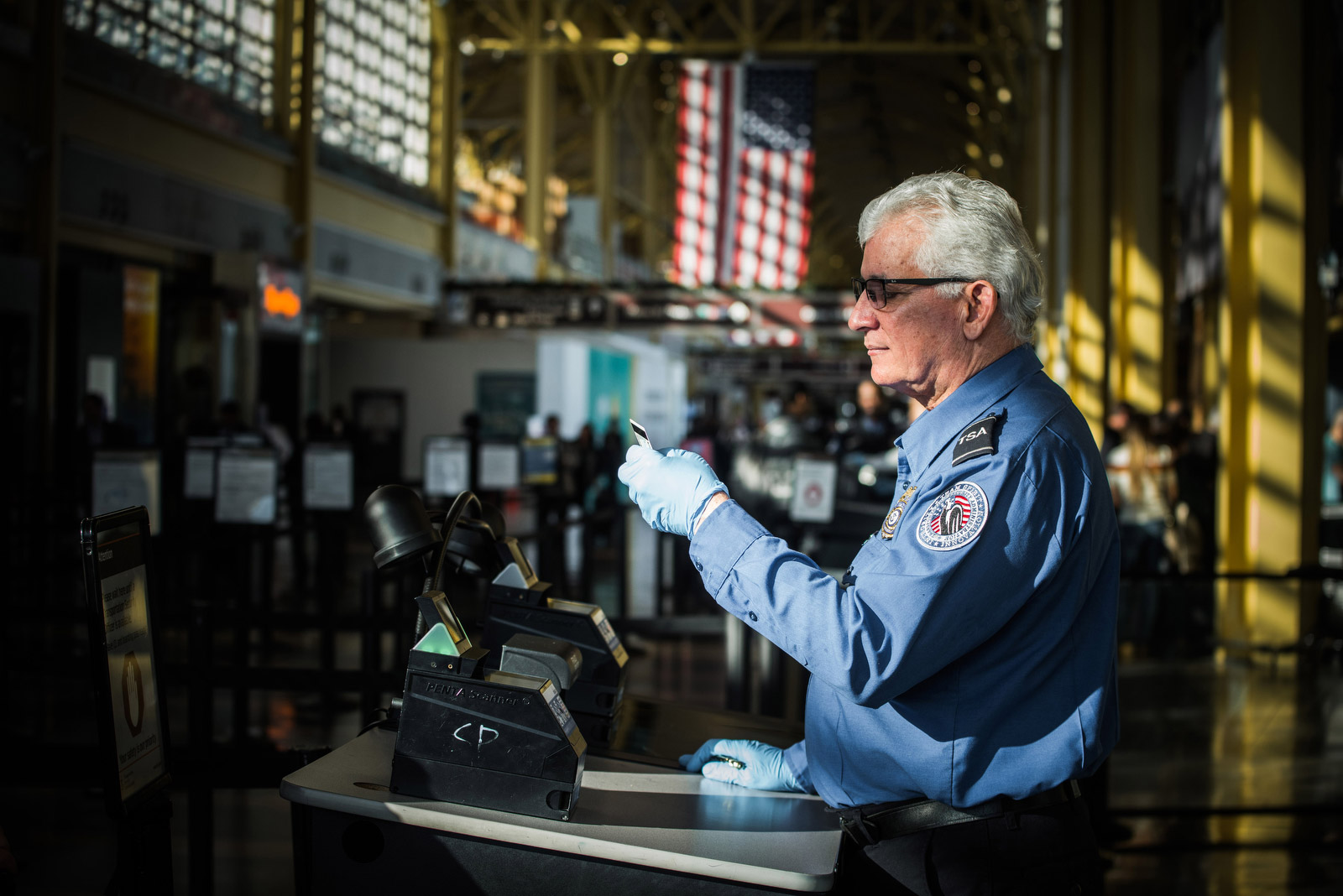 Some federal employees, including airport screeners with the Transportation Security Administration, are being required to work without pay during the government shutdown. Here, a TSA employee works at Washington’s Reagan National Airport on Tuesday, January 8.

Parts of the government shut down December 22 after Congress and the White House — fighting over a proposed border wall with Mexico — failed to reach a spending deal. Funding expired for roughly a quarter of the federal government, and hundreds of thousands of employees were put on furlough.

It’s not just workers, however, who are staying home. There are also fewer tourists.

While the National Mall is open and people can still check out monuments, the popular Smithsonian museums are closed. So is the National Zoo nearby and the National Gallery of Art. 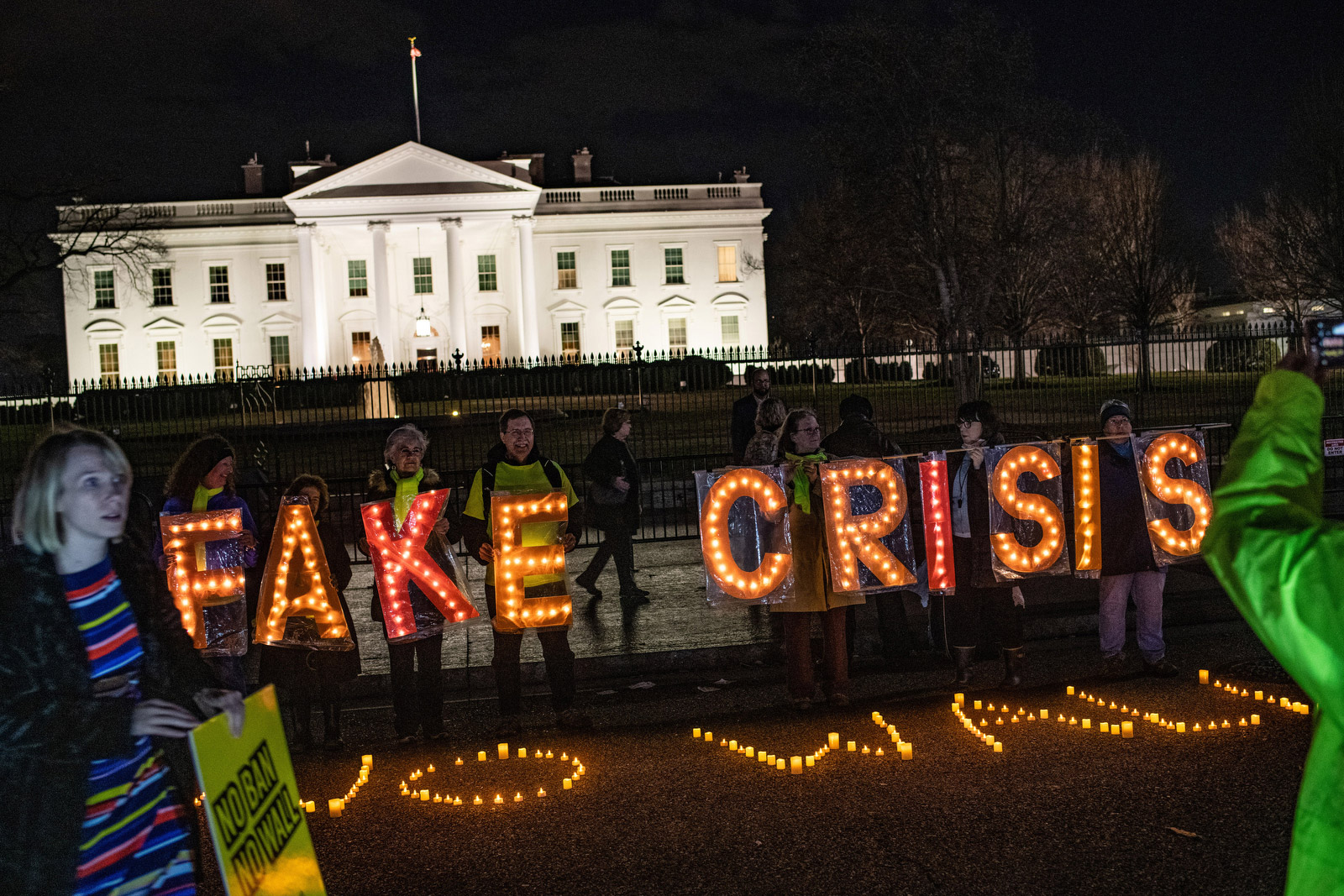 People protest outside the White House before President Donald Trump’s prime-time address on Tuesday, January 8. In his Oval Office address, Trump warned of "a growing humanitarian and security crisis at our southern border.” 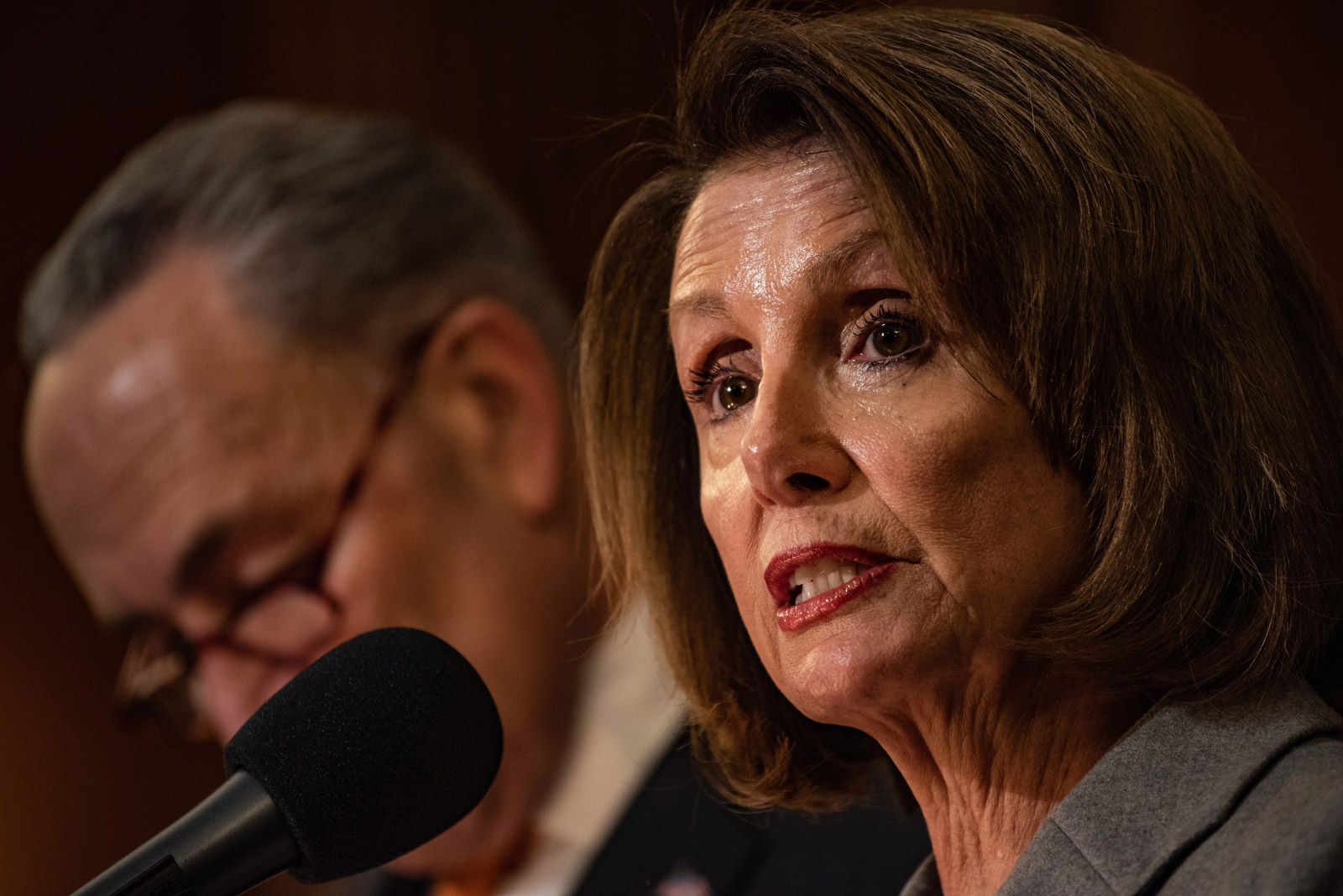 House Speaker Nancy Pelosi addresses the government shutdown with Senate Minority Leader Chuck Schumer on Wednesday, January 9. The Democrats have said they want border security but a wall is not the answer.

Even for those sites that remain open, there has been little to no staffing. Trash piled up on the National Mall for days until district workers and volunteers picked up the slack.

On Thursday, Voss saw Franklin Davis, a homeless Vietnam veteran, sweeping away leaves and debris from the Vietnam Veterans Memorial.

“He told me he knew some of the people whose names are on the wall who lost their lives in Vietnam, and I thought it was a really remarkable thing that he chose to do this,” Voss said. “Someone who has very little has chosen to do something that the US government currently can't do, which is maintain these memorials and keep them in good shape.” 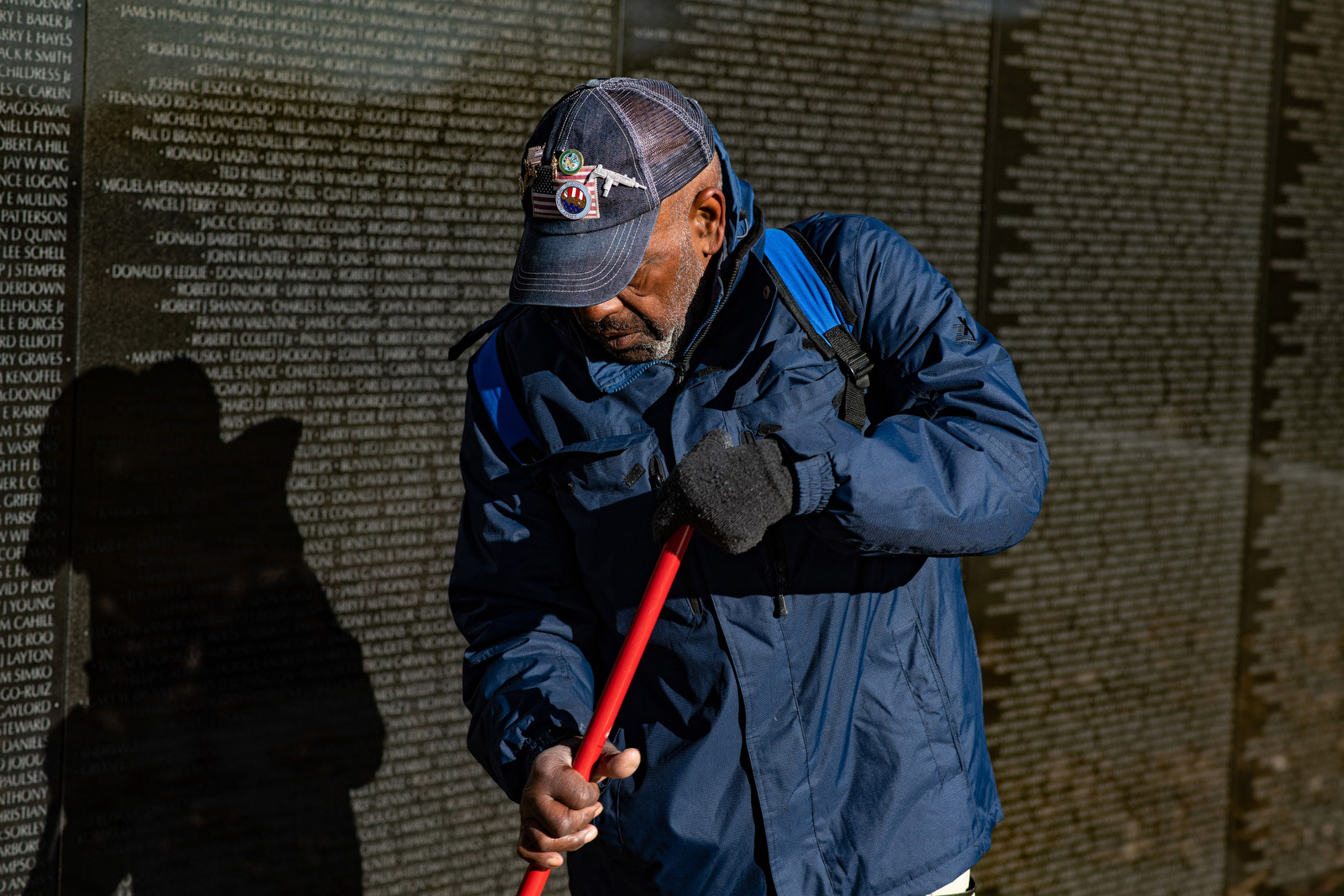 Franklin Davis, a homeless Vietnam veteran, sweeps the Vietnam Veterans Memorial on Thursday, January 10. "We have to be out of the shelter by 8 a.m. I'm not going to just sit around,” he said. “I have diabetes and cancer and this work helps me physically. So here I am.” 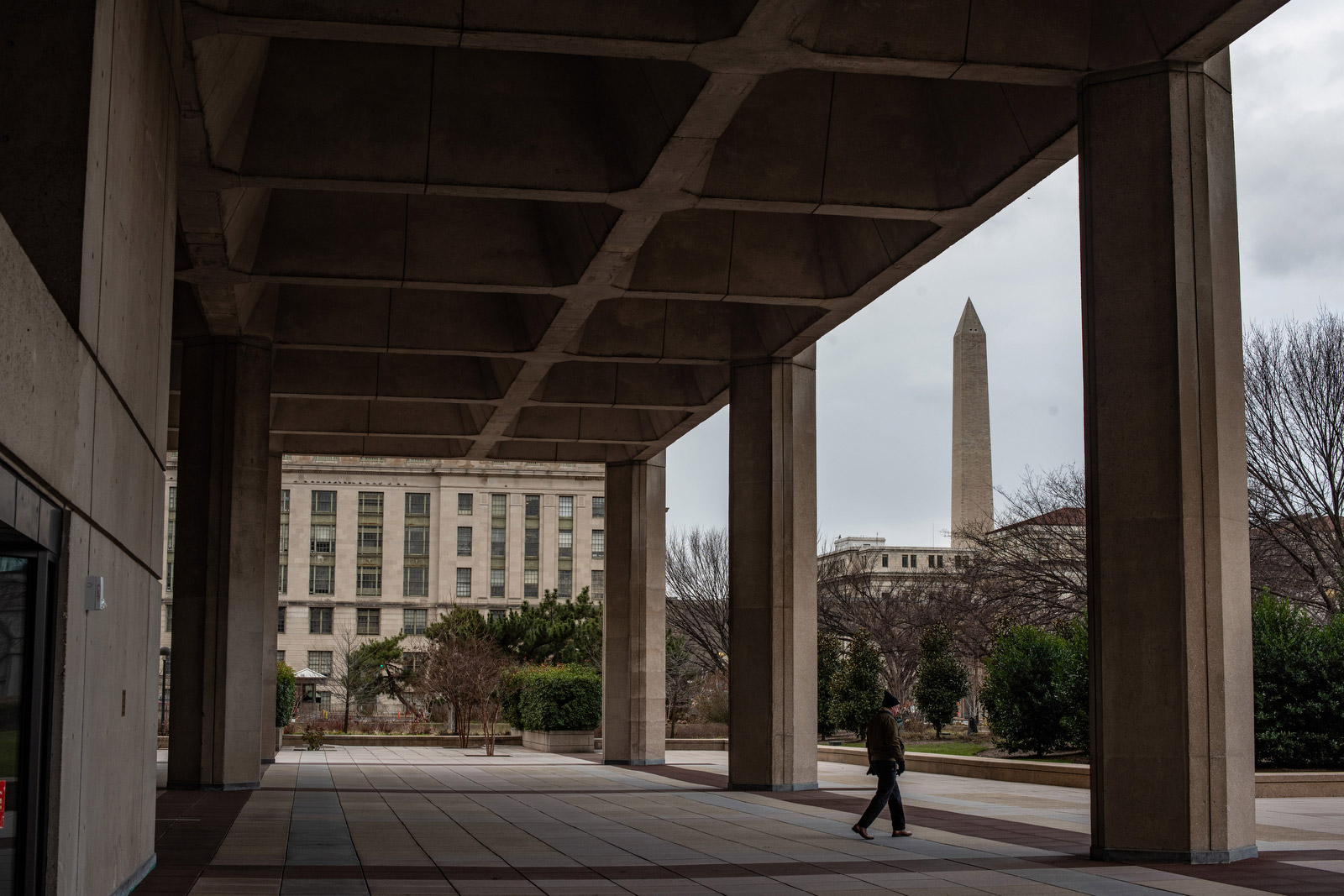 The Washington Monument is seen from the Department of Energy building on Wednesday, January 9.

As federal employees wait for a resolution, some took free training classes this week at American University. Voss talked with a few of them in between classes, which offered tips on various skills such as project management, “dealing with change,” and even how to start a podcast.

"It's challenging because we don't know how long (the shutdown) is going to last,” said Sylvia Morrison, who works at the US Census Bureau. “A couple of weeks is one thing, but a few months is financially stressful. The hard thing is to not get discouraged or get depressed.”

Another woman told Voss that because she was an entry-level government worker, she had to take a second job as a dog walker to pay her bills. 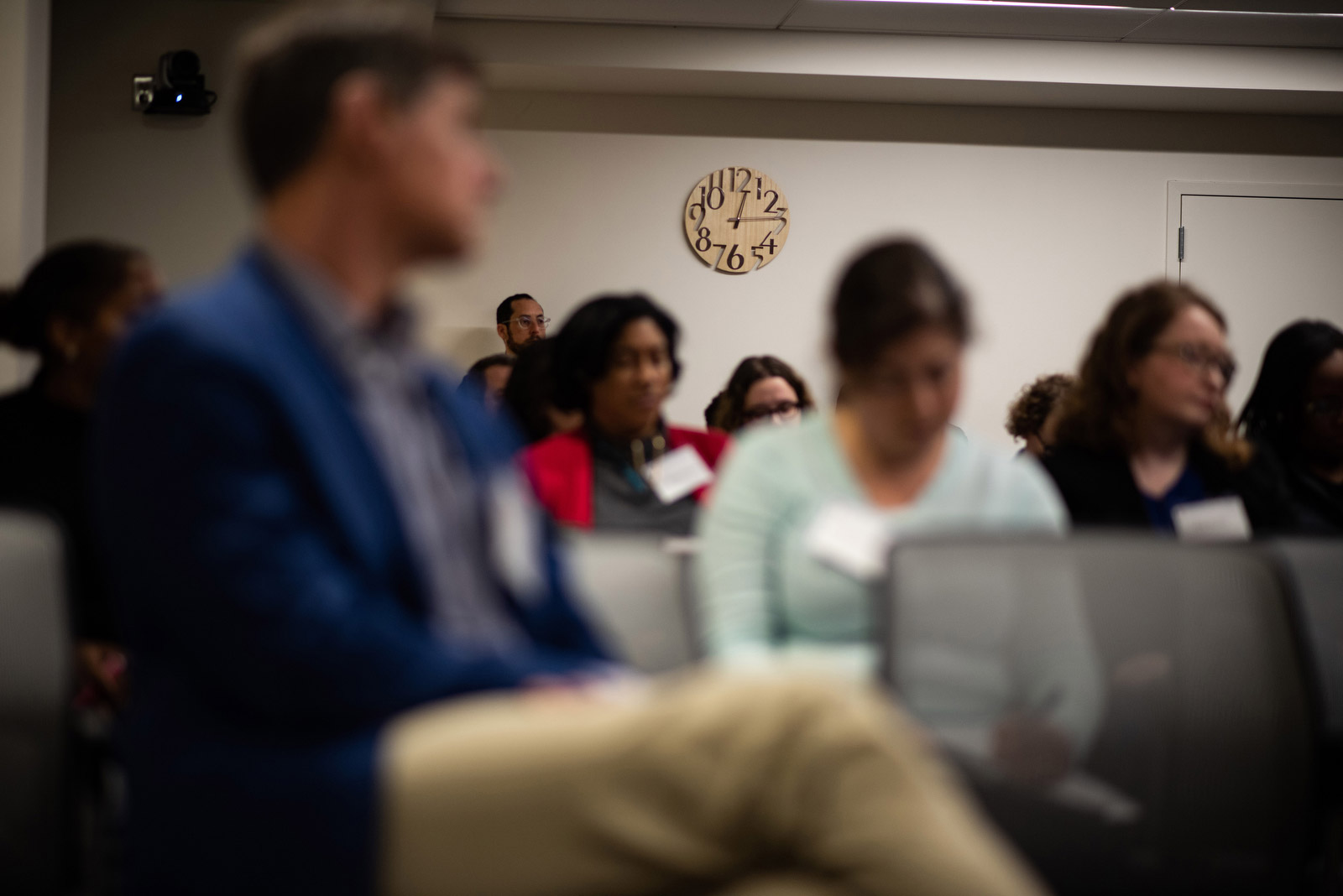 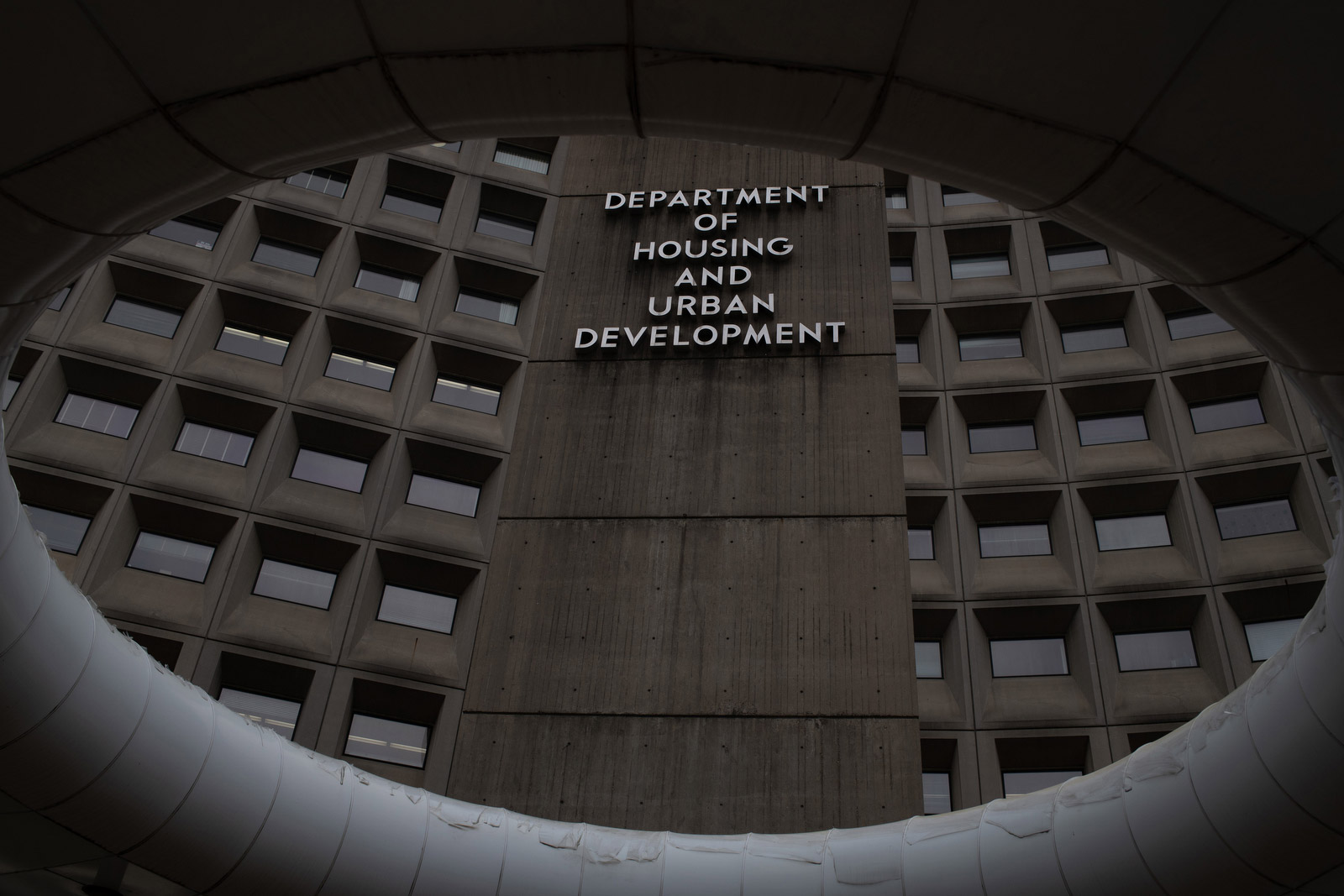 At the Department of Housing and Urban Development, 95% of workers have been furloughed.

Caroline Tatalovich, who has worked for the Department of Housing and Urban Development for 20 years, said her children have stopped asking her, “When is your winter break ending, Mommy?”

“It's just frustrating to feel like a pawn,” she told Voss. “I understand border security is important, but do we really need to hold hostage all of these other programs while we figure that part out?”

There hasn’t been much promise yet of a deal being made. President Donald Trump and Democratic leaders have been making their cases to the American people this week, and there doesn’t seem to be any middle ground. 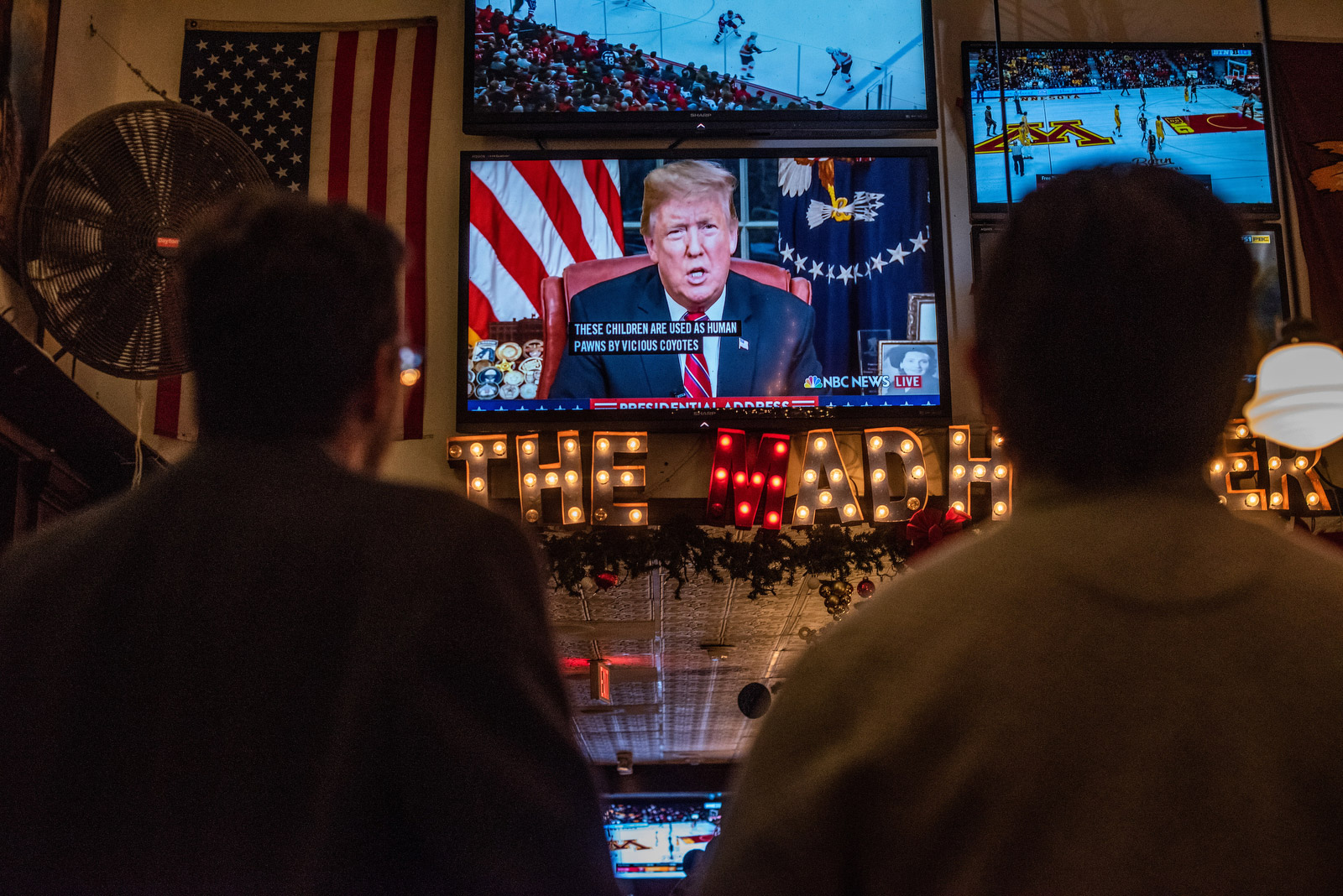 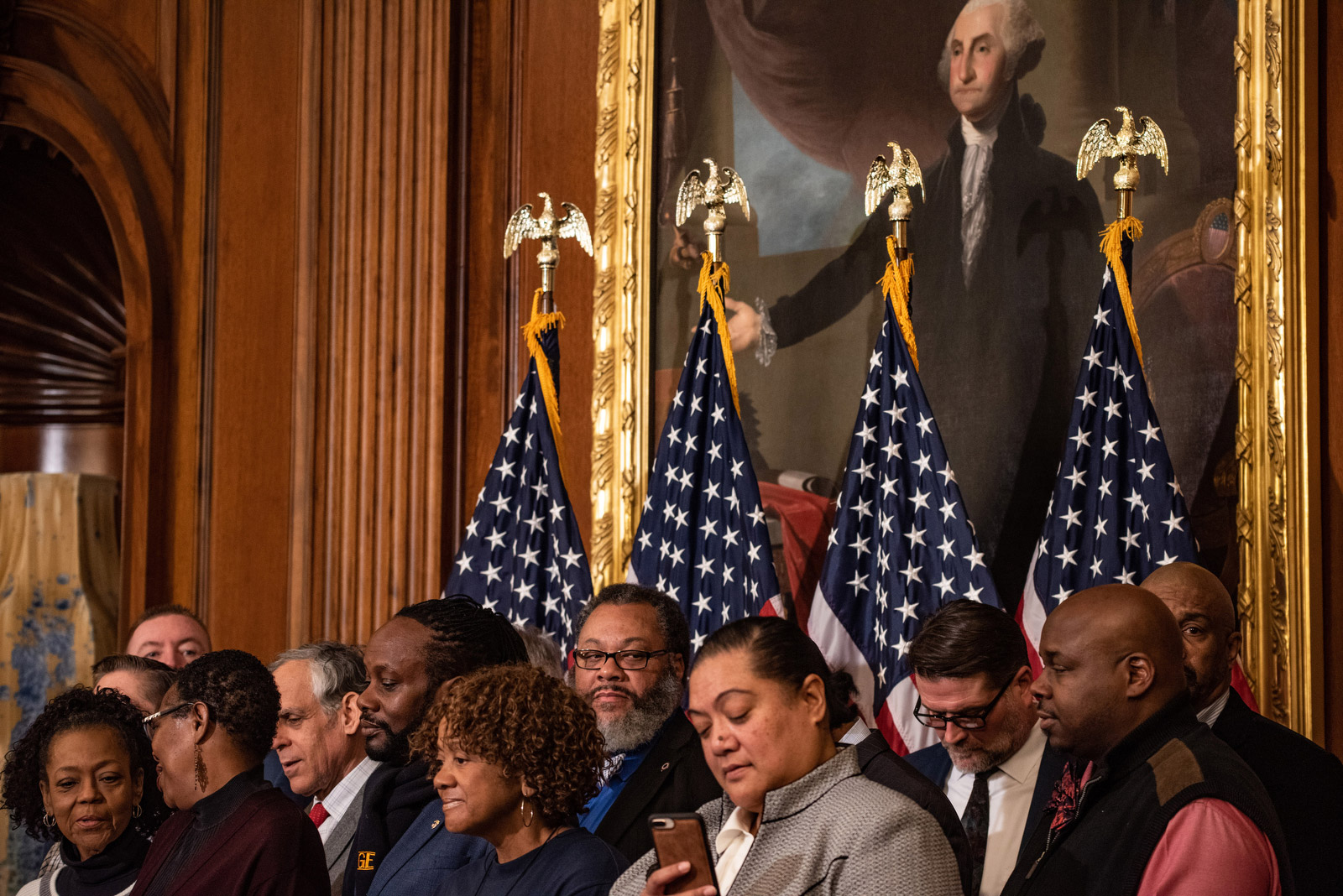 As the shutdown moved closer to being the longest in US history, a breakthrough was tough for many to envision.

“I didn't get a lot of optimism from people,” Voss said. “For a lot of them this has only become really real in the last week or so because it kind of went over Christmas break.

“Certainly the news from Capitol Hill did not seem promising or from the White House, and I think people were very much in it for the long haul. They understood that they needed to take care of themselves financially, emotionally, and figure out a way to get through this because there's no guarantee it would end anytime soon.” 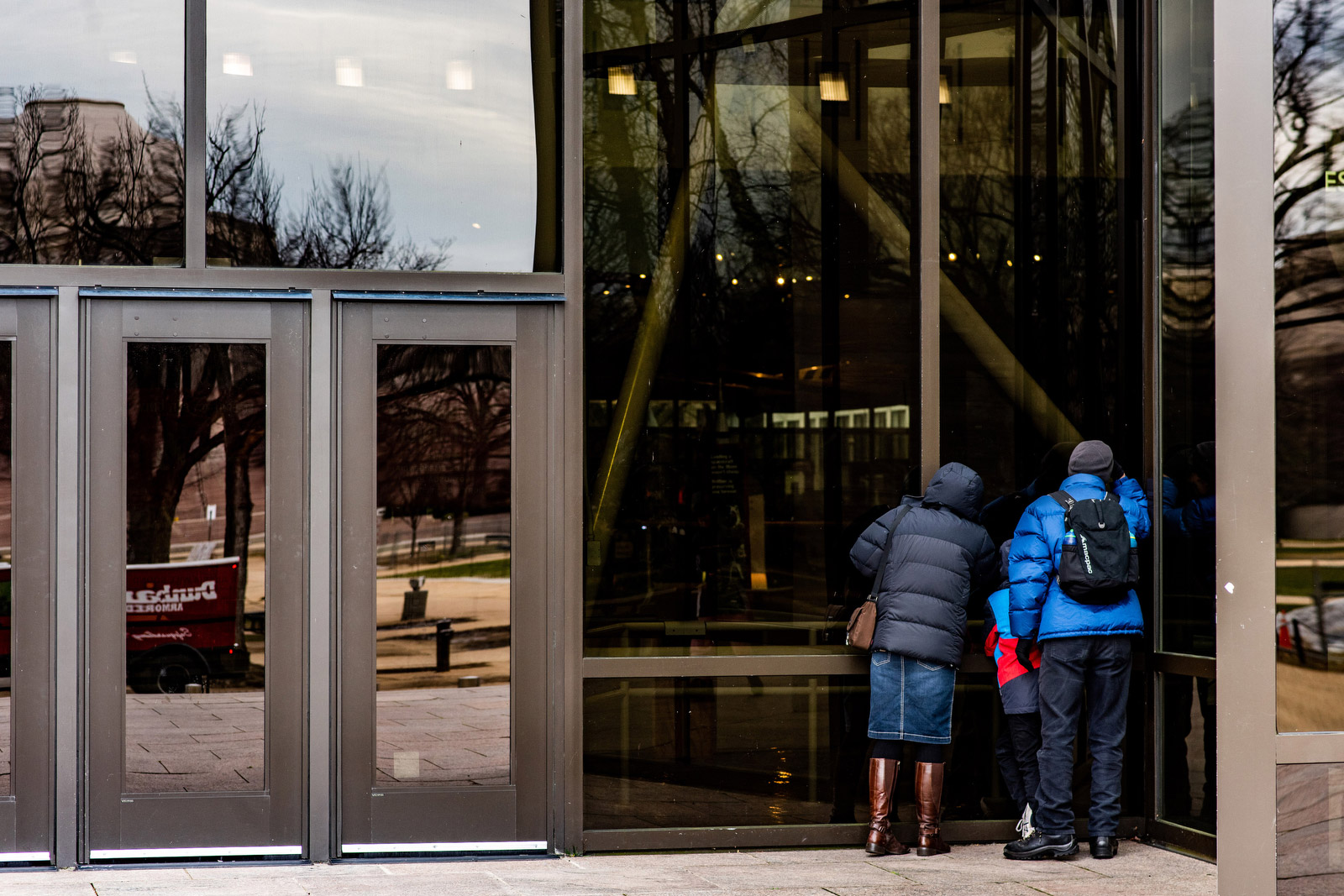 Tourists from Australia look into the window of the National Air and Space Museum on Monday, January 7. Smithsonian museums have been closed during the government shutdown. 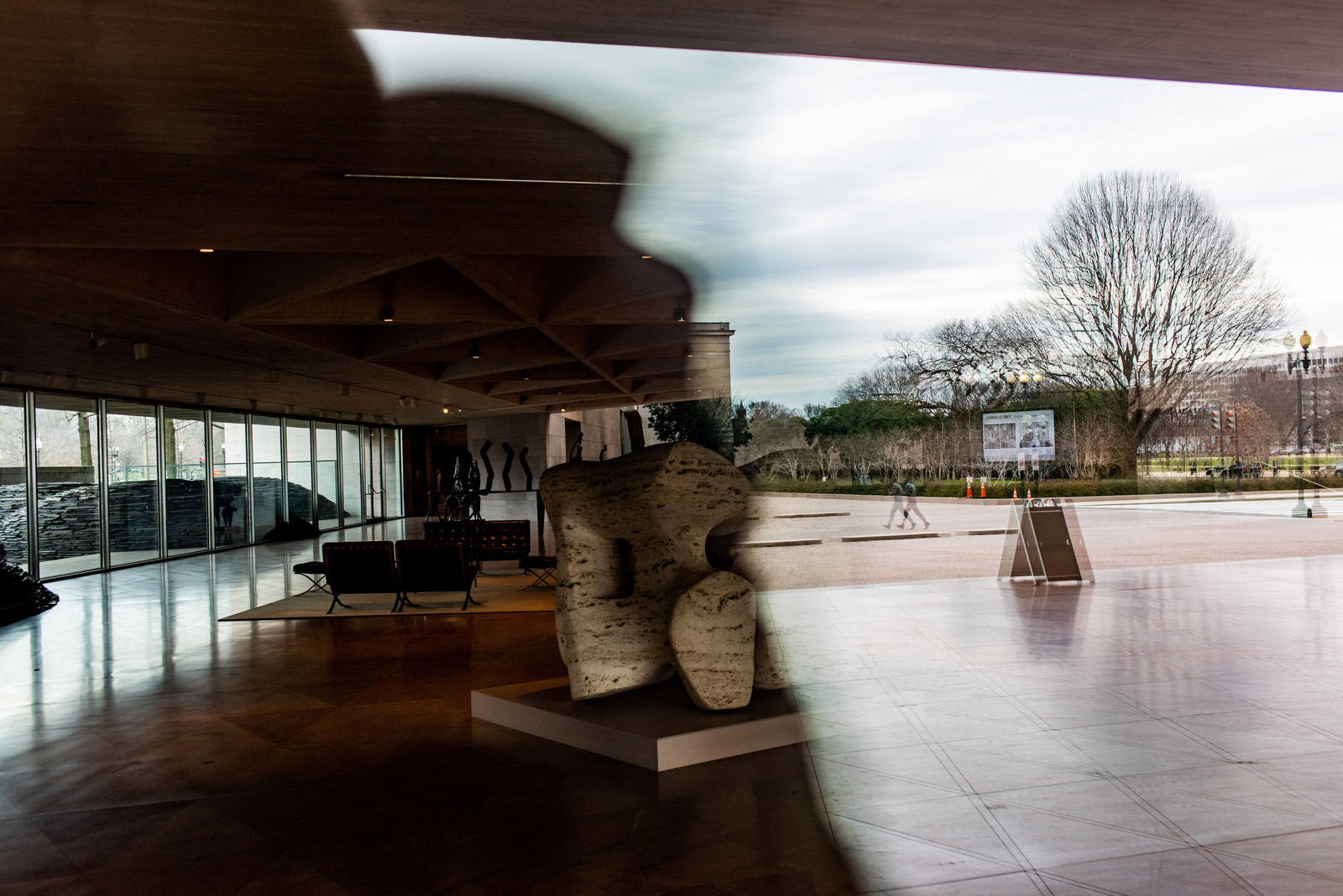 The National Gallery of Art was also closed on Monday, January 7.