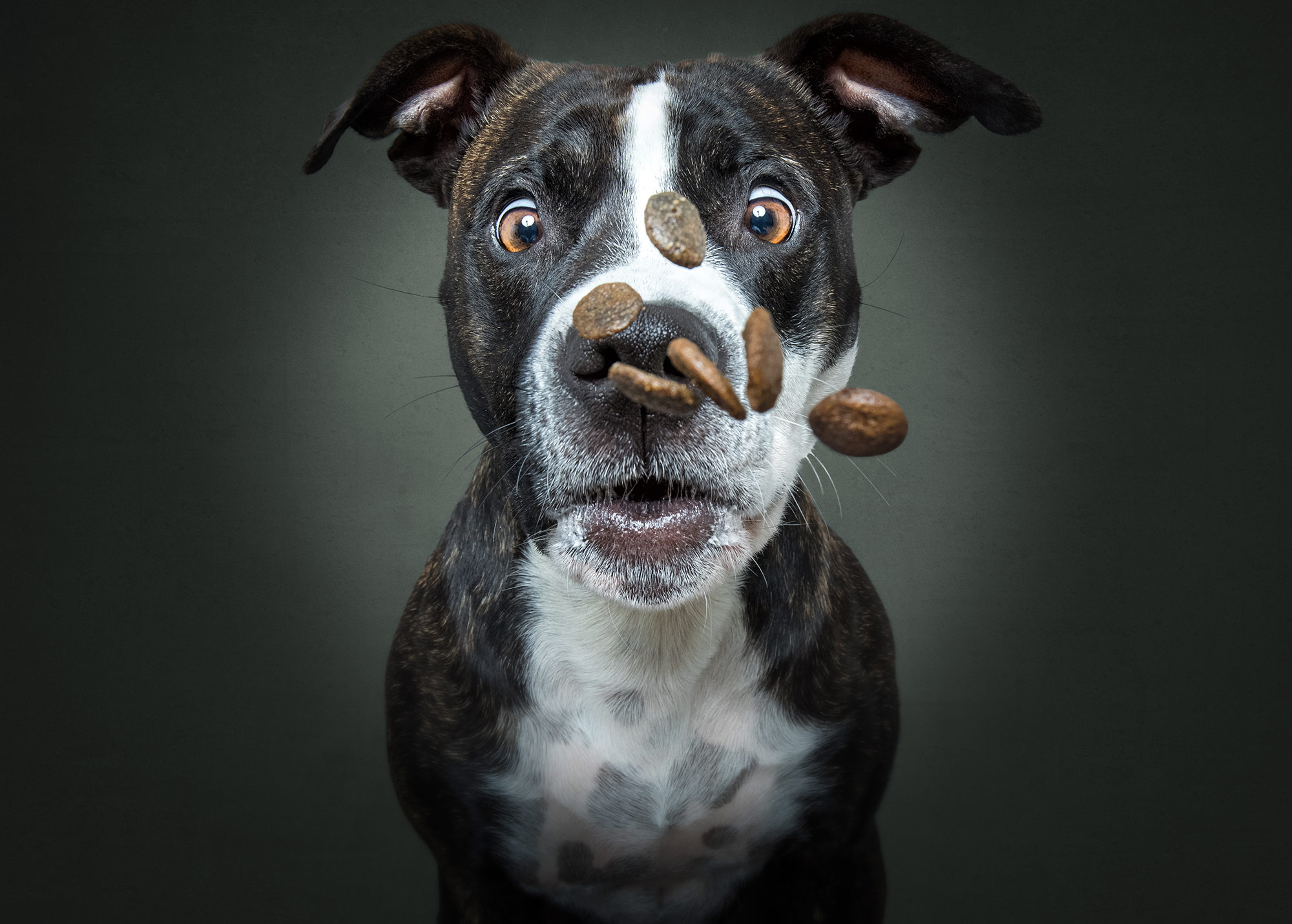 Perhaps you need a break from all the partisan bickering in Washington.

Or maybe you’re just tired of tragic news headlines and looking for a reason to smile.

Well, here you go: Bask in the joyful simplicity of dogs catching treats. 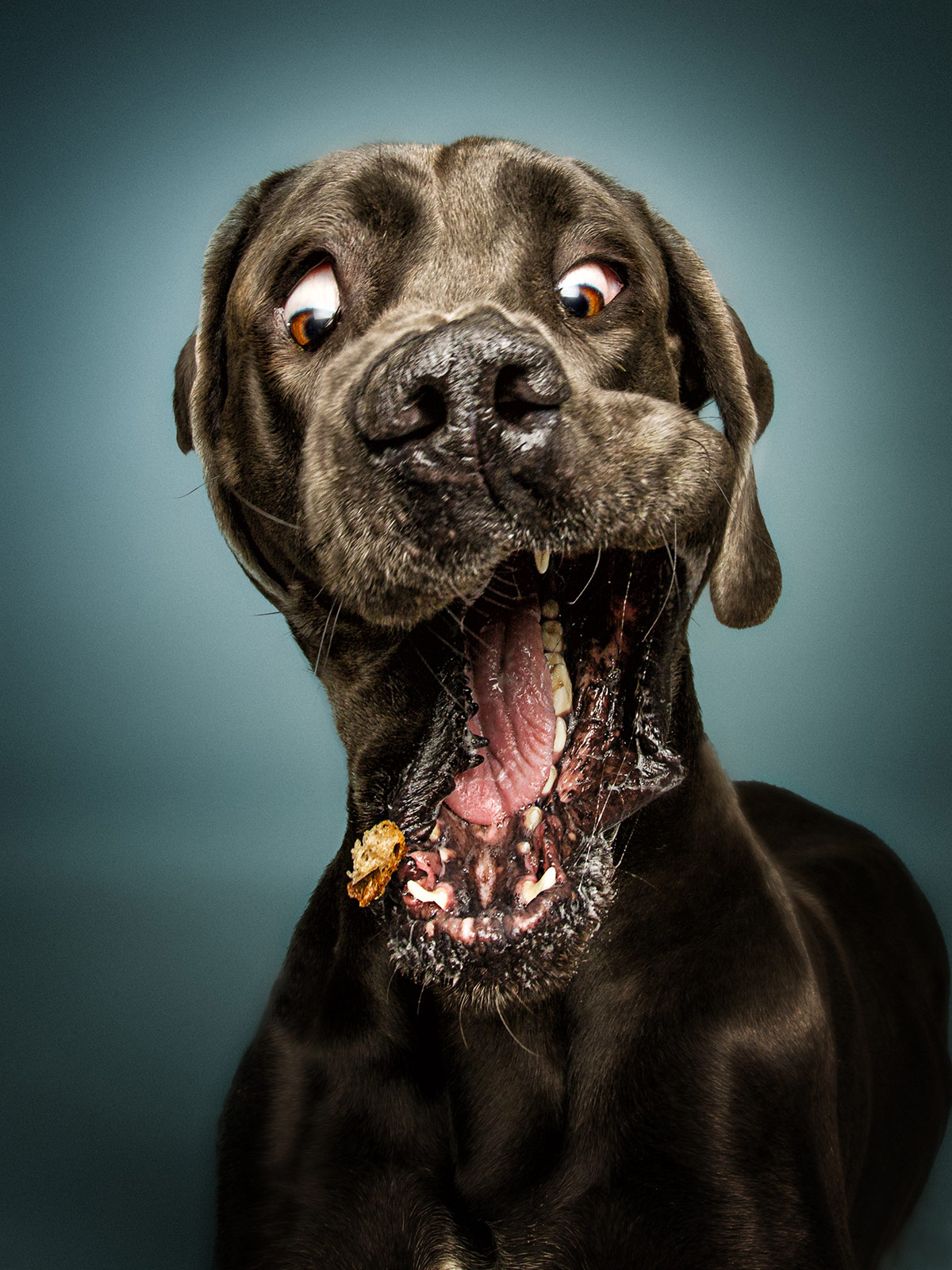 Bobba, a Great Dane, tries to catch a snack.

German photographer Christian Vieler has been snapping these amusing shots since 2013, when he bought a portable flash that allowed him to work with shutter speeds as fast as 1/8000th of a second.

He was with Lotte, his Labrador retriever, when the equipment arrived.

“To make her move and in order to test the ‘freezing options’ of the flash, I started throwing treats at her,” Vieler said. “Days later, when I cleaned my hard drive, I noticed how funny the shots were.” 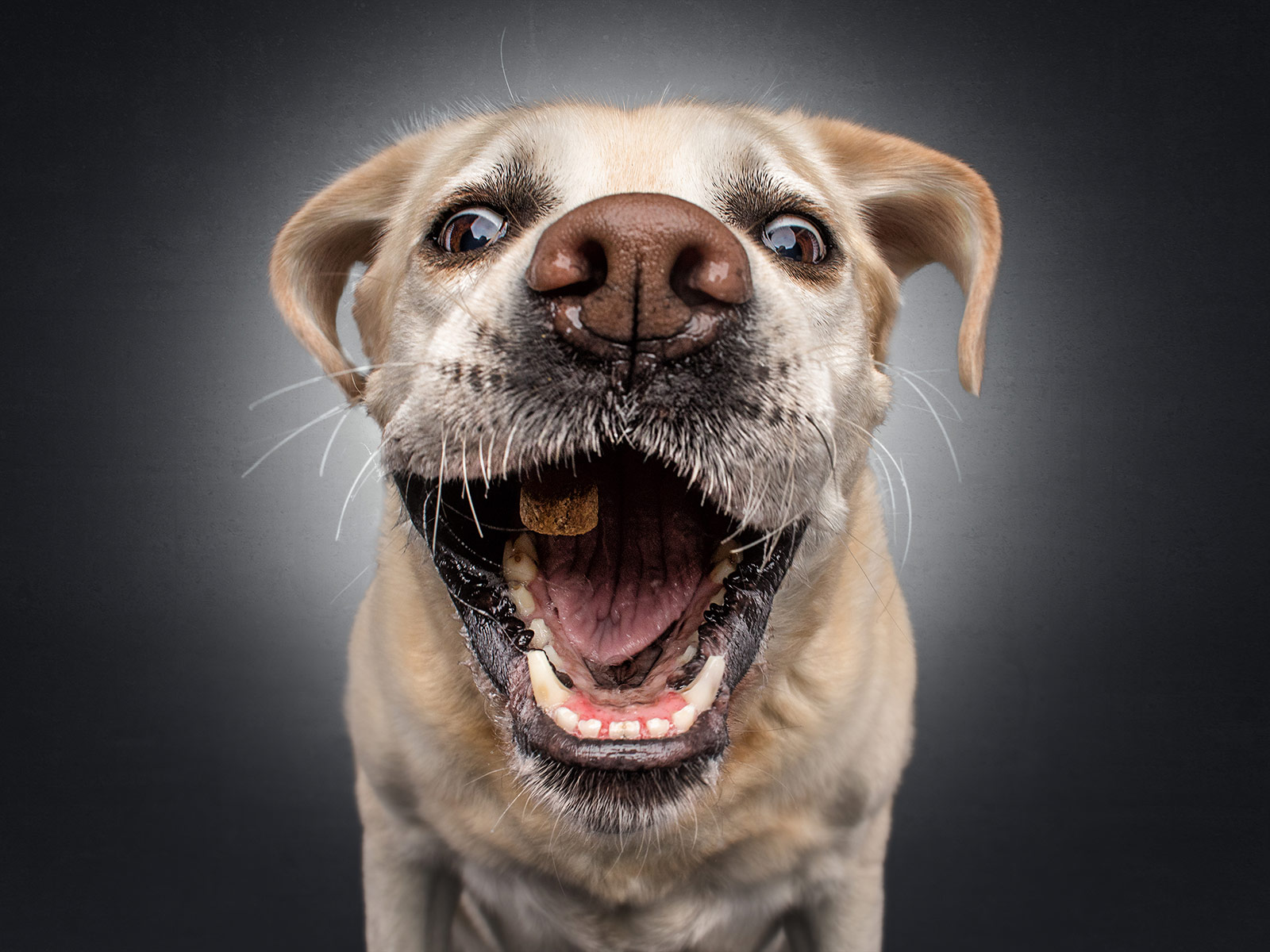 Lotte is Christian Vieler’s Labrador retriever. They were experimenting with Vieler’s new portable flash in 2013, and the hilarious shots led to a much larger project. 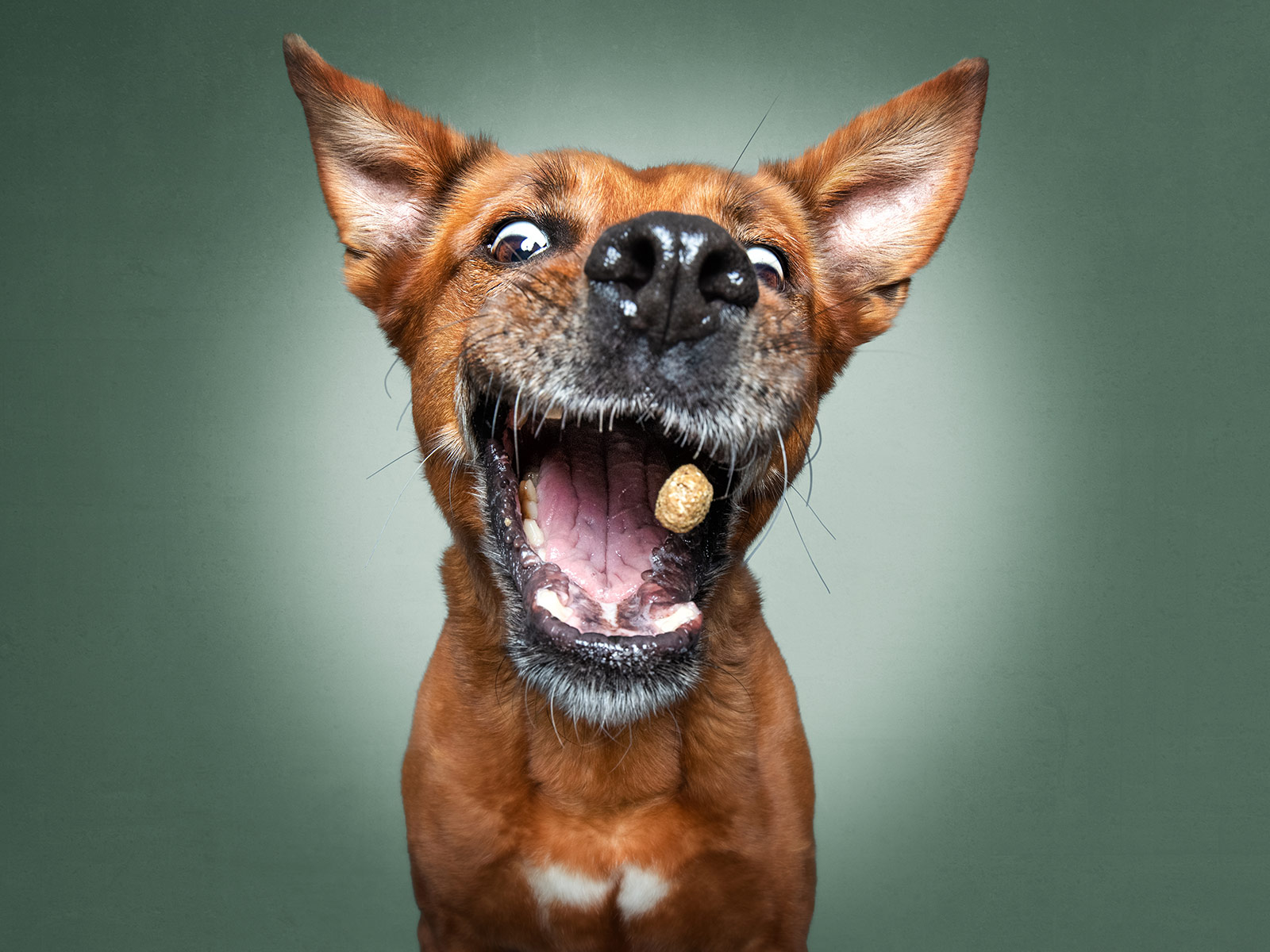 That inspired him to start his photo series “Dogs Catching Treats,” which has already led to one book — ”Treat!” — and another planned for 2019.

The images let us see dogs in a new light, Vieler says.

“I asked myself: What is the magic behind these photographs? I think the expressions of the dogs remind us of well-known feelings like desire, loss, pain or joy. And that's what we normally don't see that clear in the faces of our dogs.” 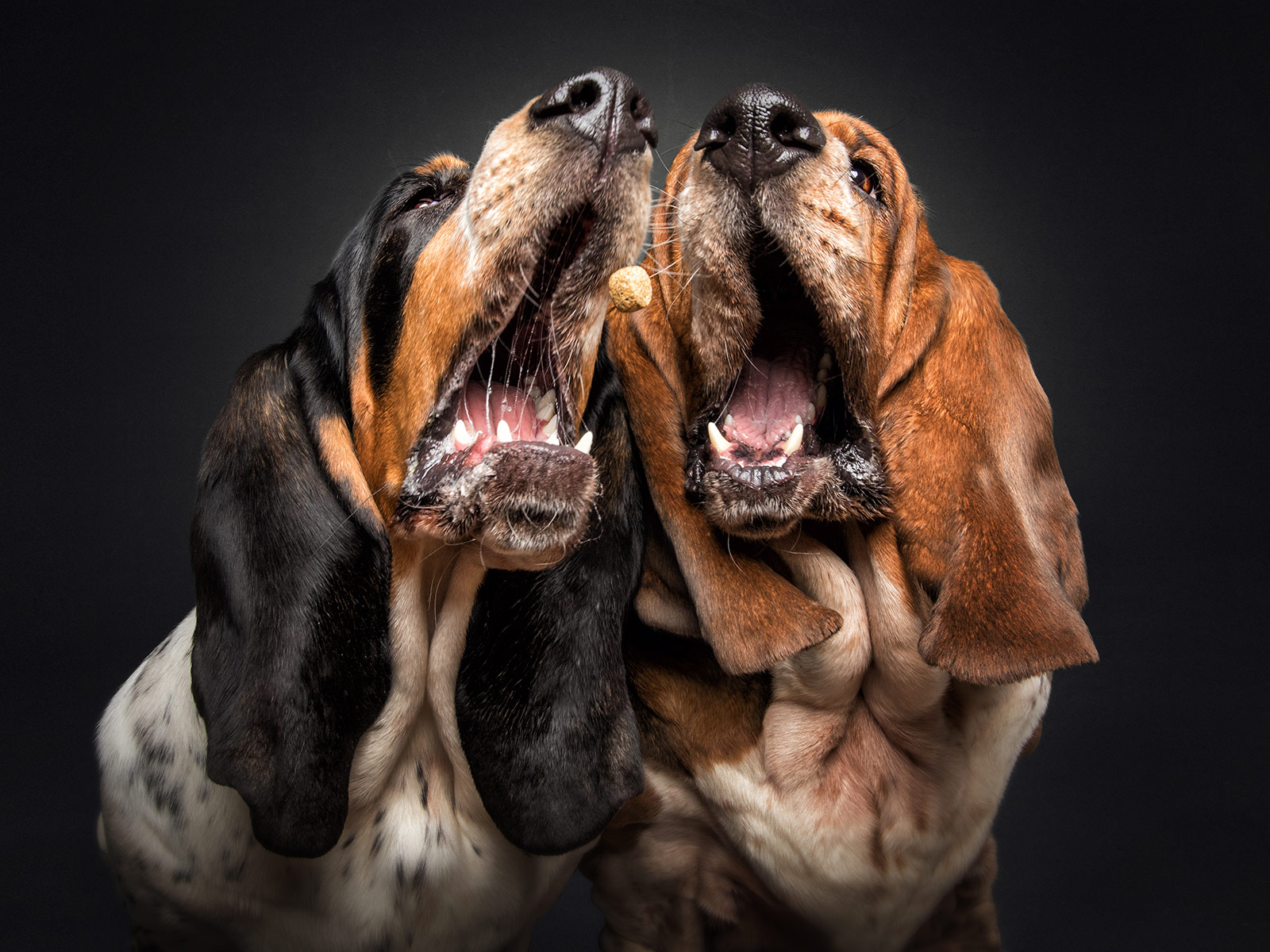 Basset hounds Debbie and Quincy look as though they’re performing a duet. 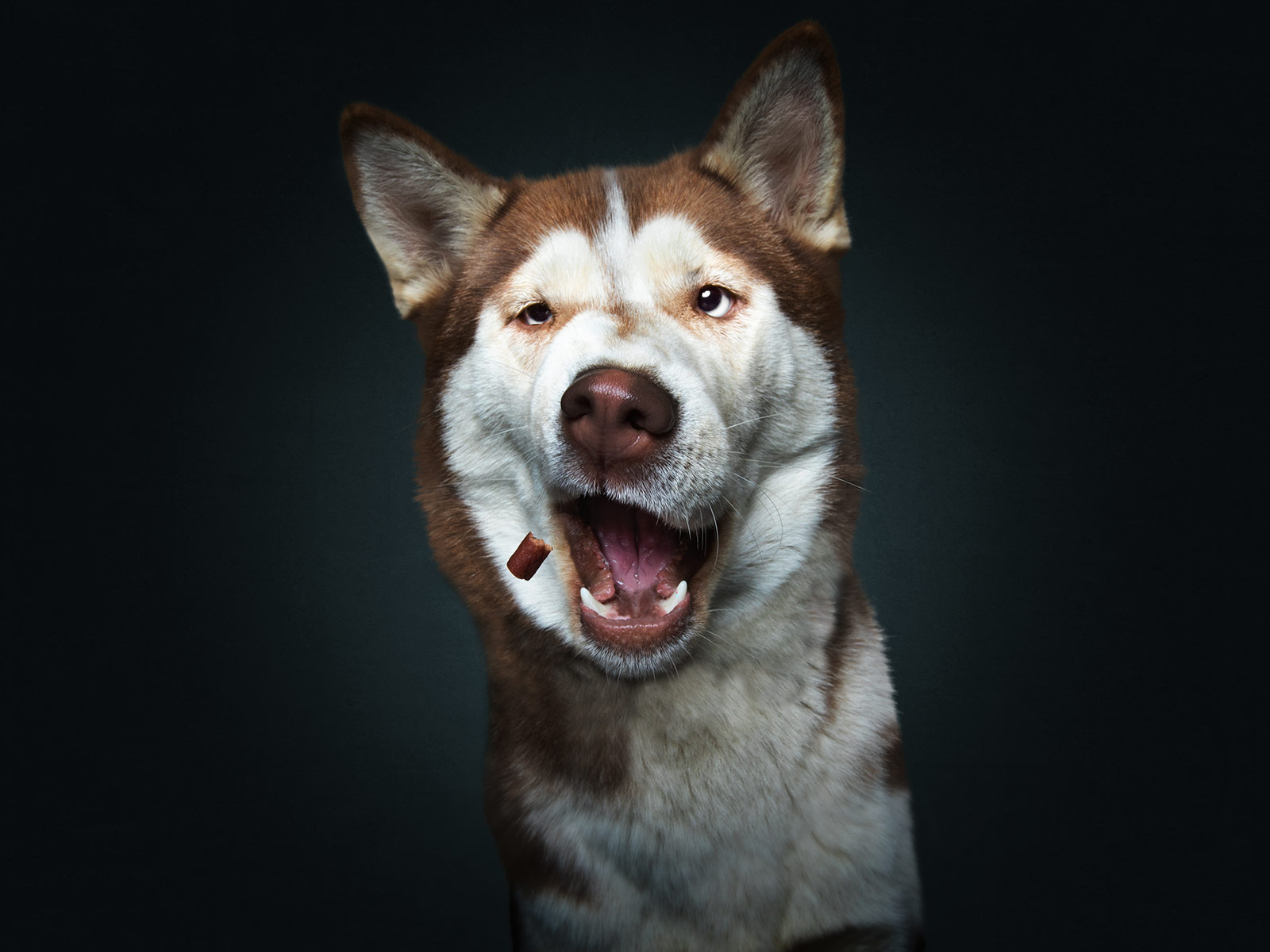 Luna the husky tries to snag her reward. 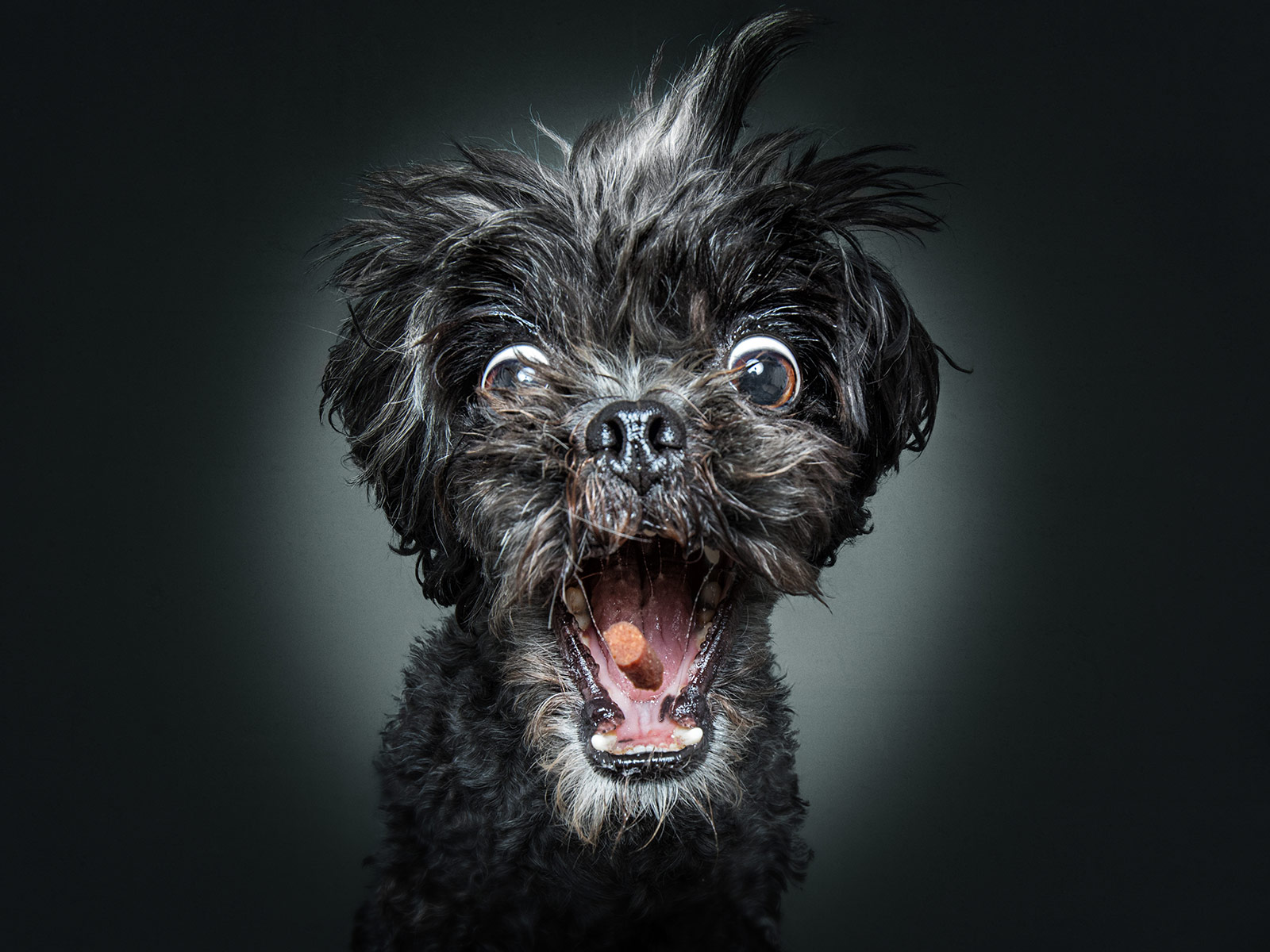 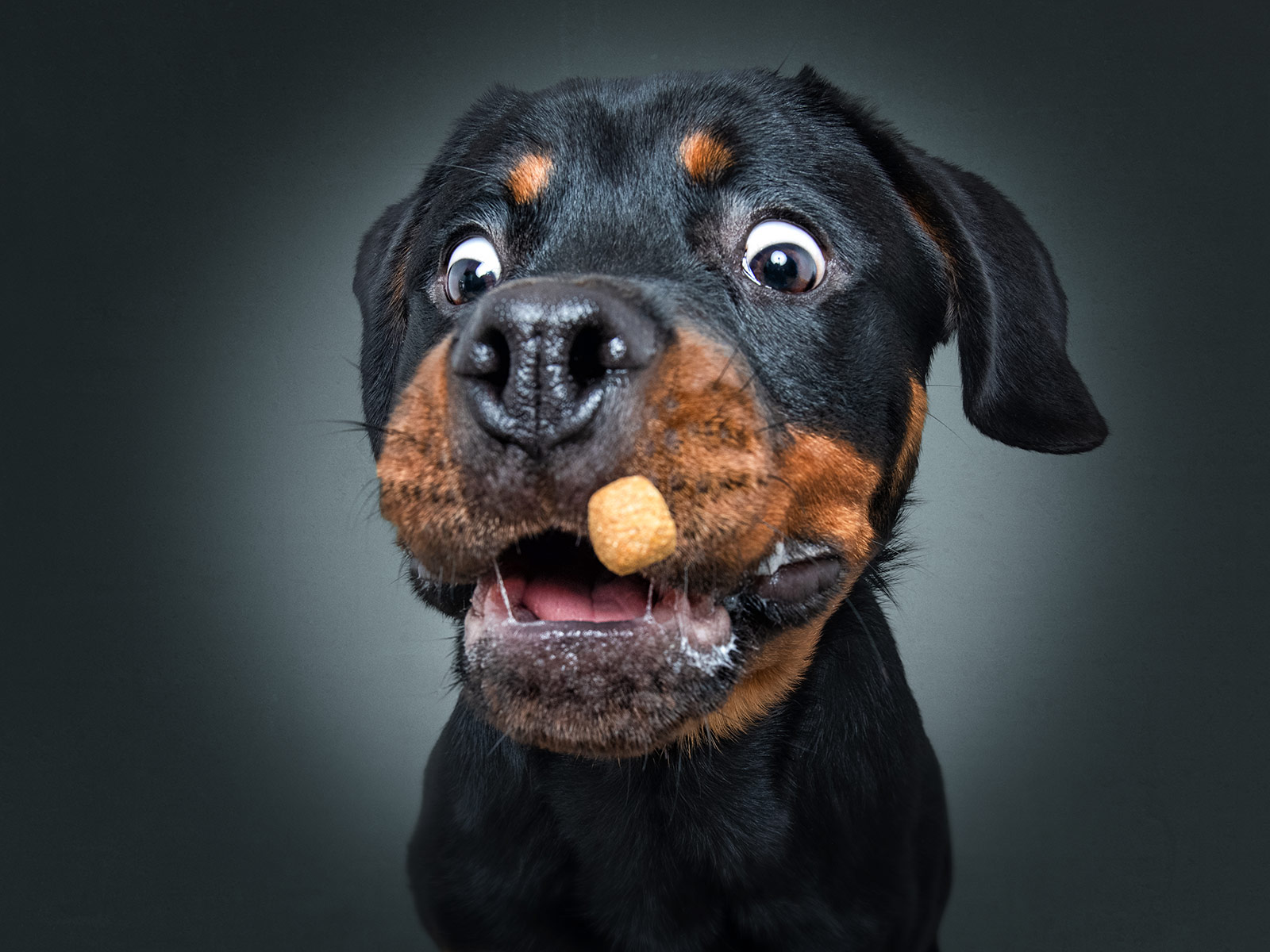 At the beginning, Vieler photographed Lotte and the dogs of his friends and neighbors. But as his photos became more and more popular, other people started hiring him to take portraits of their pets.

Most of the portraits are taken at his studio in Waltrop, Germany. He wants the dogs to be as comfortable as possible, so after meeting them he gives them as much time as they need to make themselves at home.

“After that, I start feeding the dog with his favorite treats to become his best friend for the next 30 minutes,” Vieler said. “Once we have our ‘deal,’ I start with low-level flashing.” 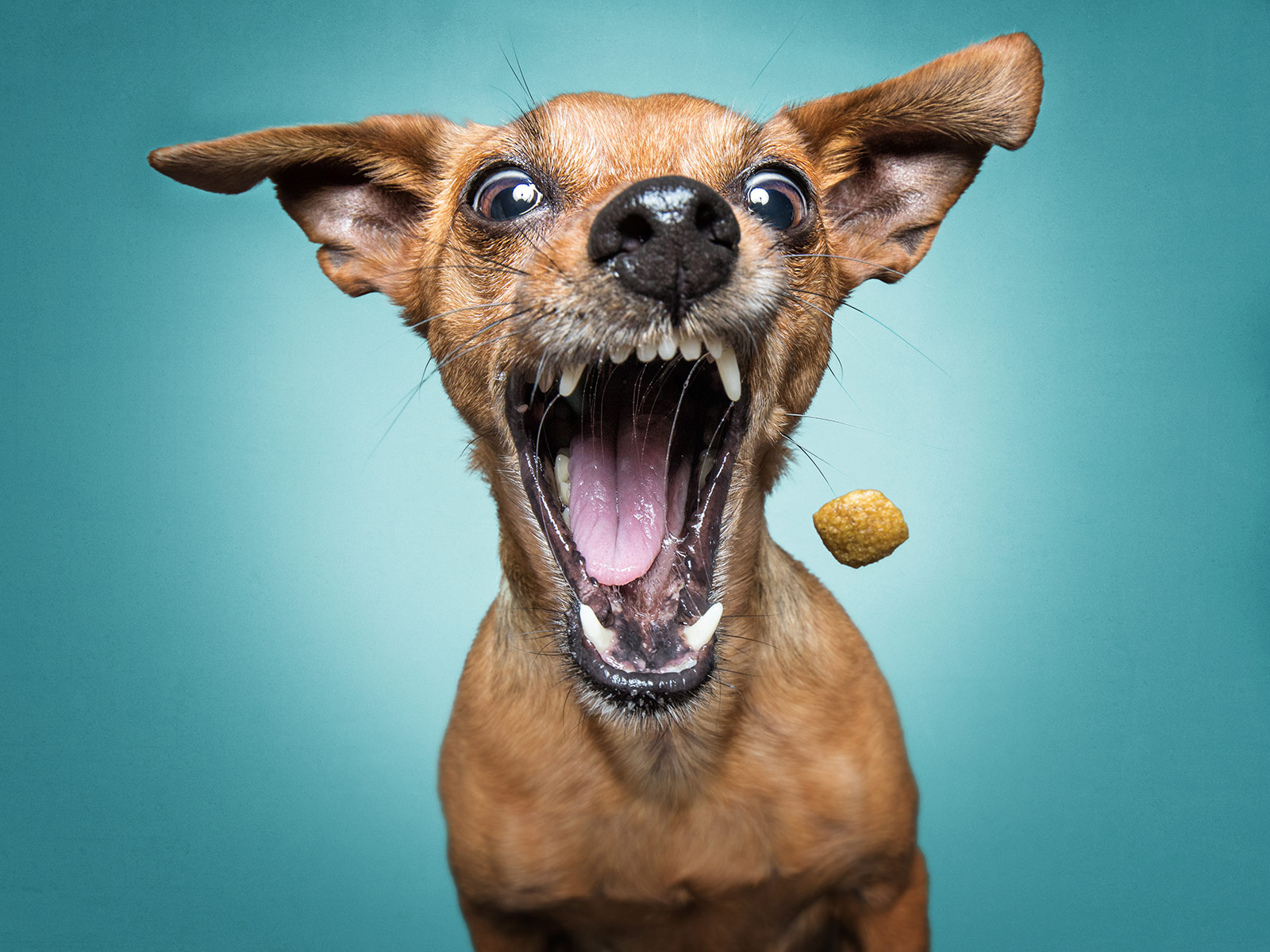 Scampi, a mixed-breed dog, shows off his chompers. 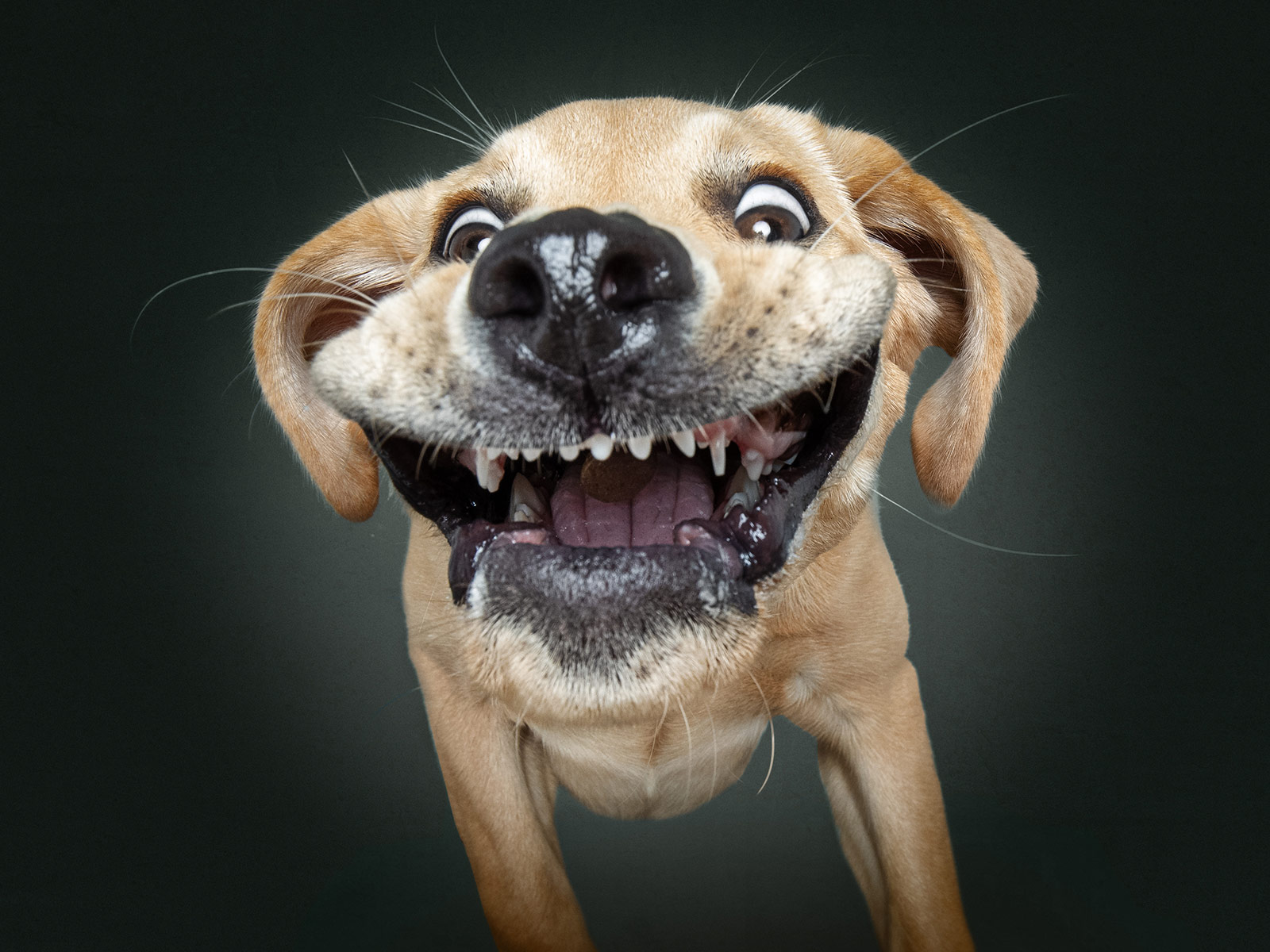 Say cheese! Lotti the Labrador is ready for a reward.

The freeze frames you see here are taken at the end of a typical portrait shoot — a reward for the dog for keeping still and being a good boy (or girl).

Vieler will take about 30-50 of these pictures — one picture for one treat.

He uses dry treats because they won’t stick to his hand and they’re easier to throw. Plus, he says, they just look better in pictures. 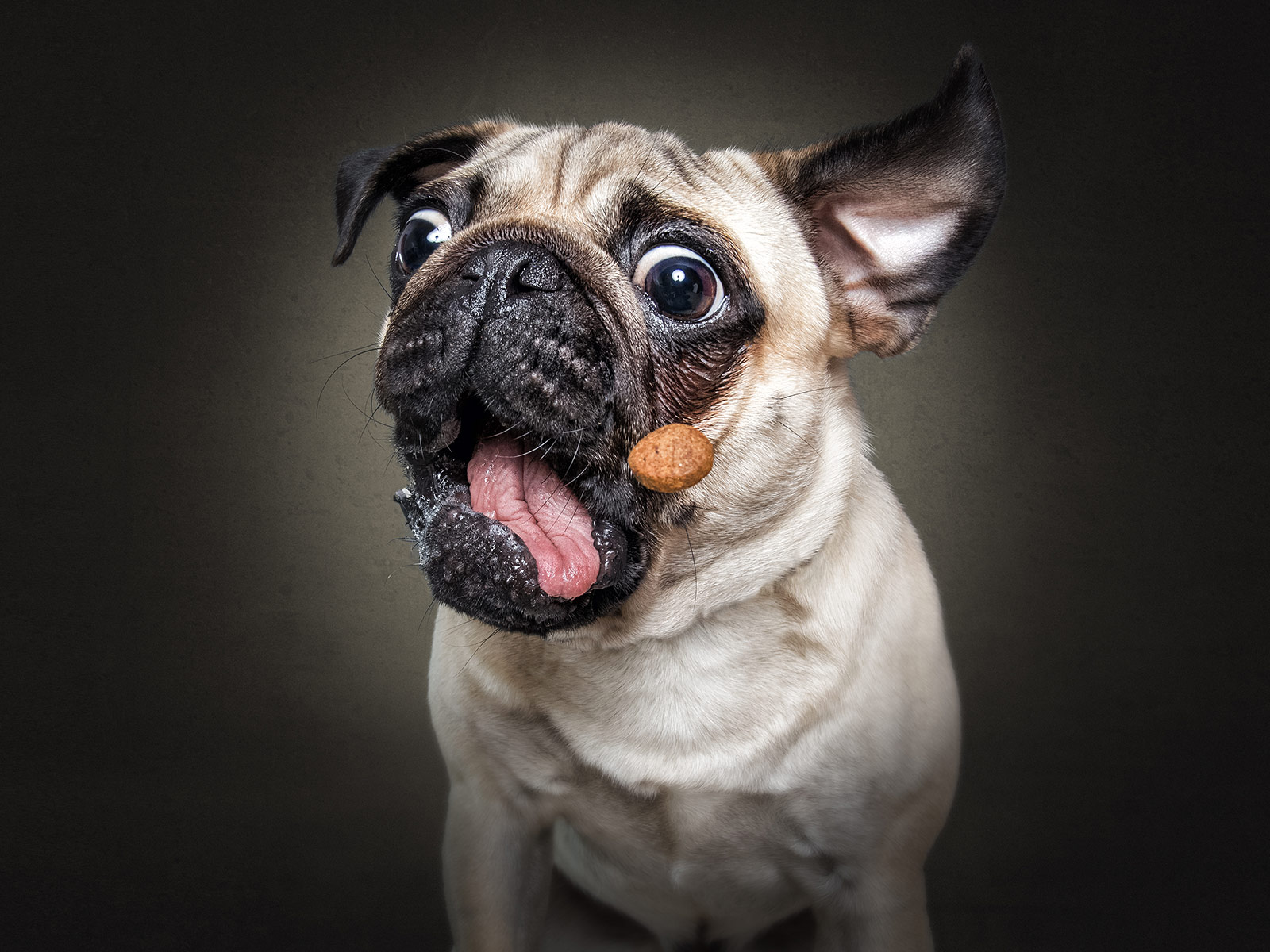 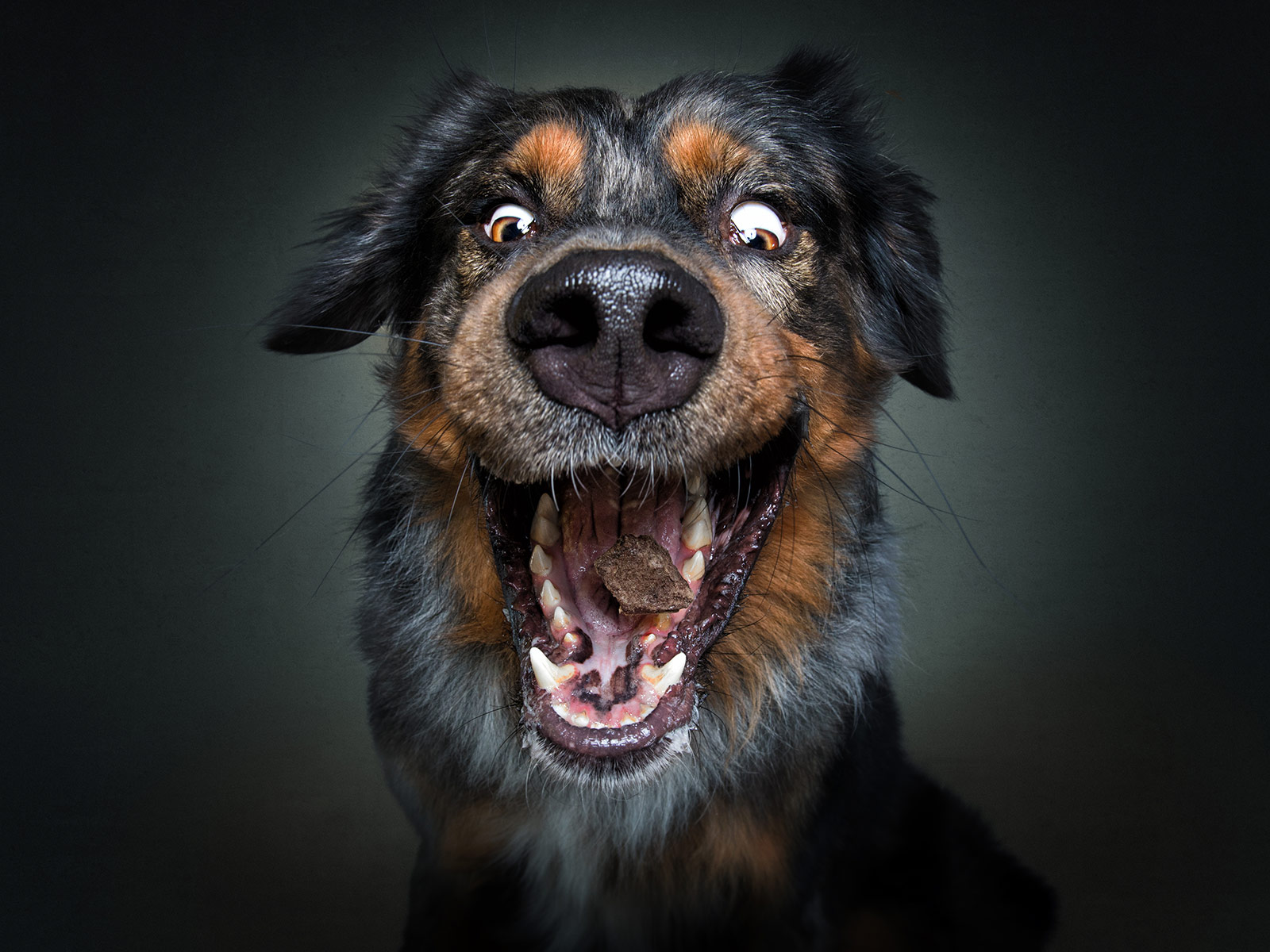 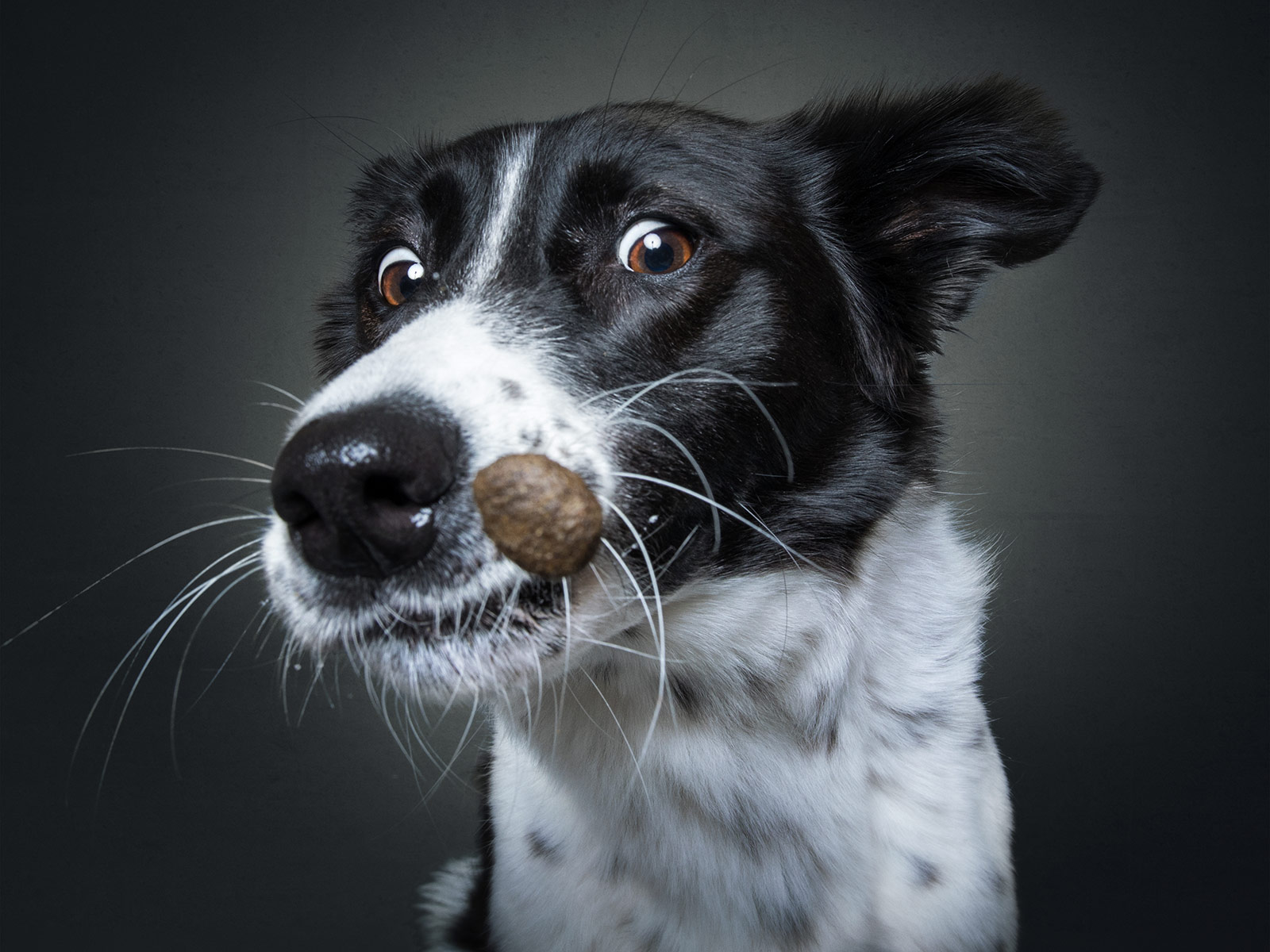 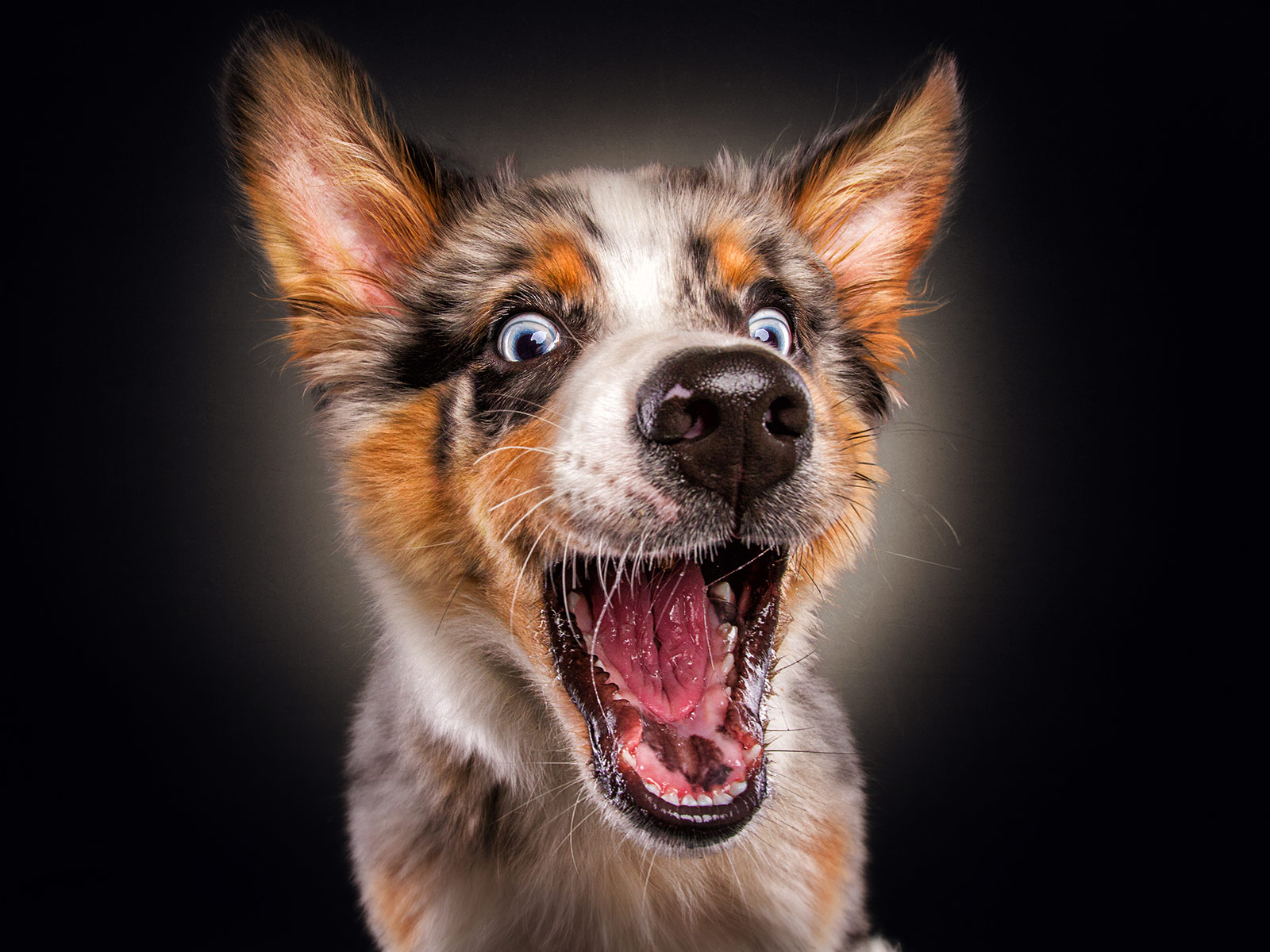 His studio is simple. All he needs is a flash with an umbrella behind his back.

A small number of dogs — about 5%, he said — get scared by the flash. If Vieler notices any stress, he stops shooting immediately. He doesn’t want any of them to suffer. And he said a stressed dog won’t eat treats anyway.

Over the last five years, he has been bitten once, “and I think the little guy who did it had pain and I touched him at the wrong spot.” 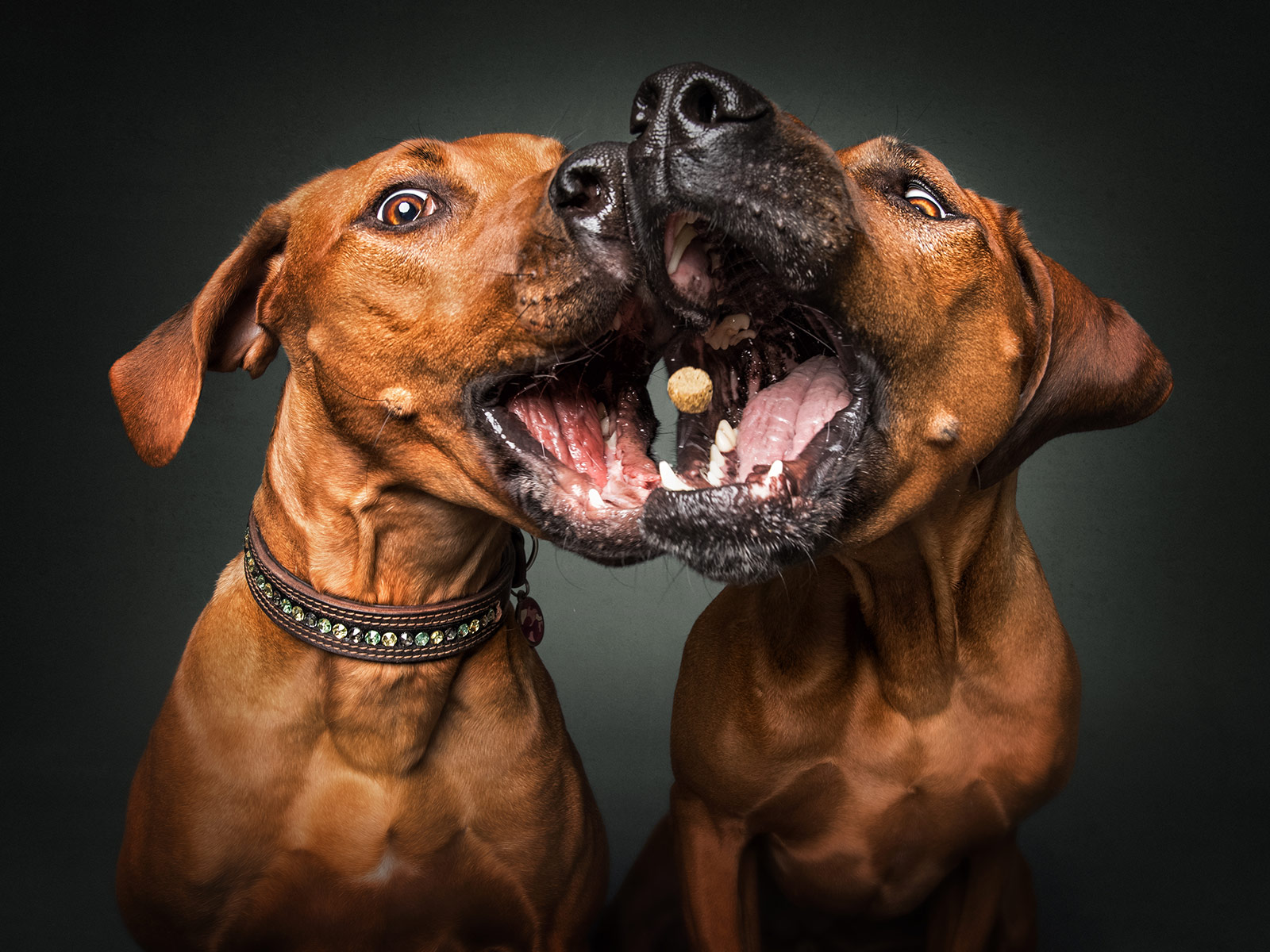 Donna and Friede, Rhodesian Ridgebacks, compete for the same treat. 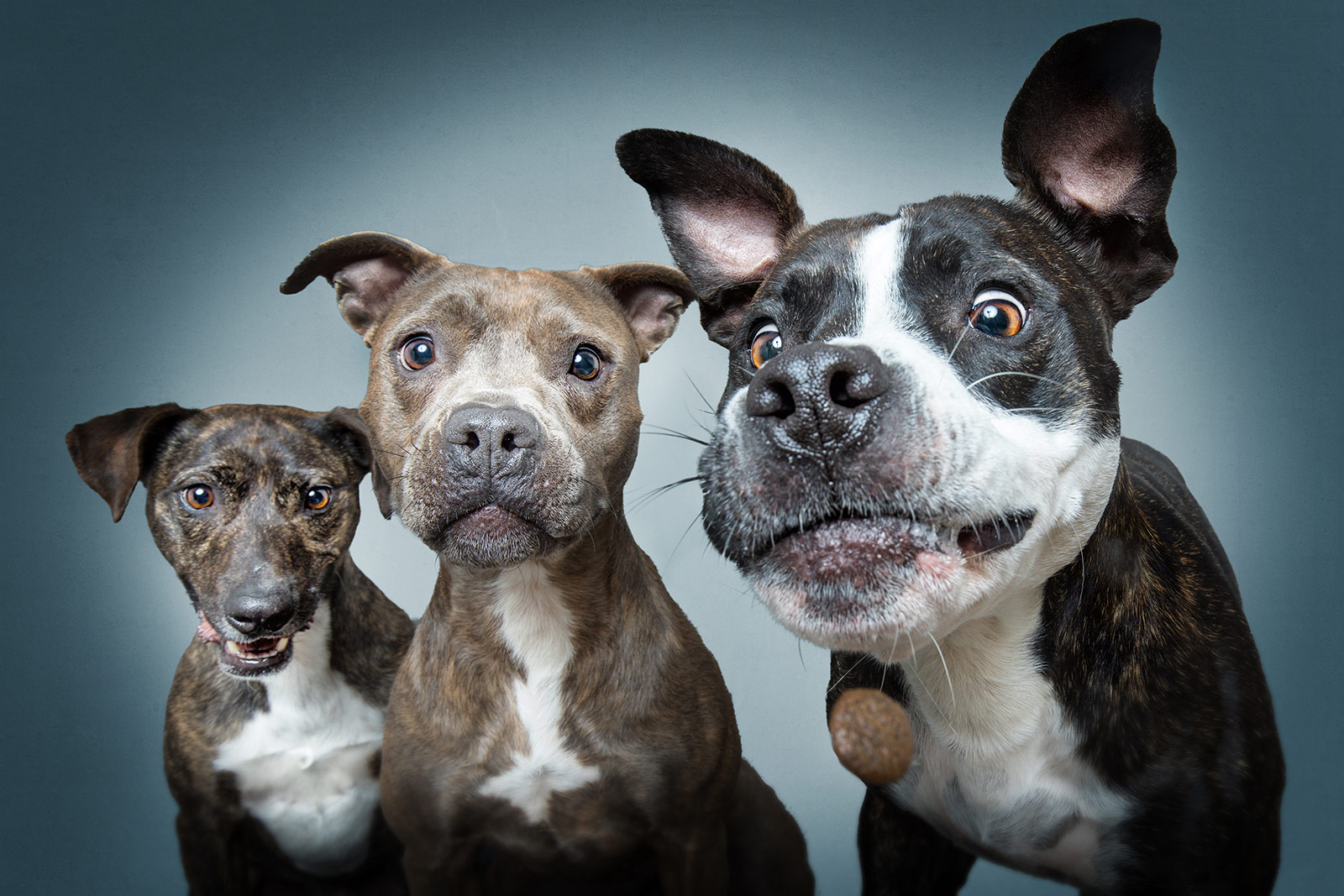 For the most part, Vieler said, the shoots are a breeze and the dogs he works with are almost always on their best behavior.

There’s probably a good reason for that.

“All models behave because I am the guy with the treats,” Vieler jokes. “And I have many treats in my bags.” 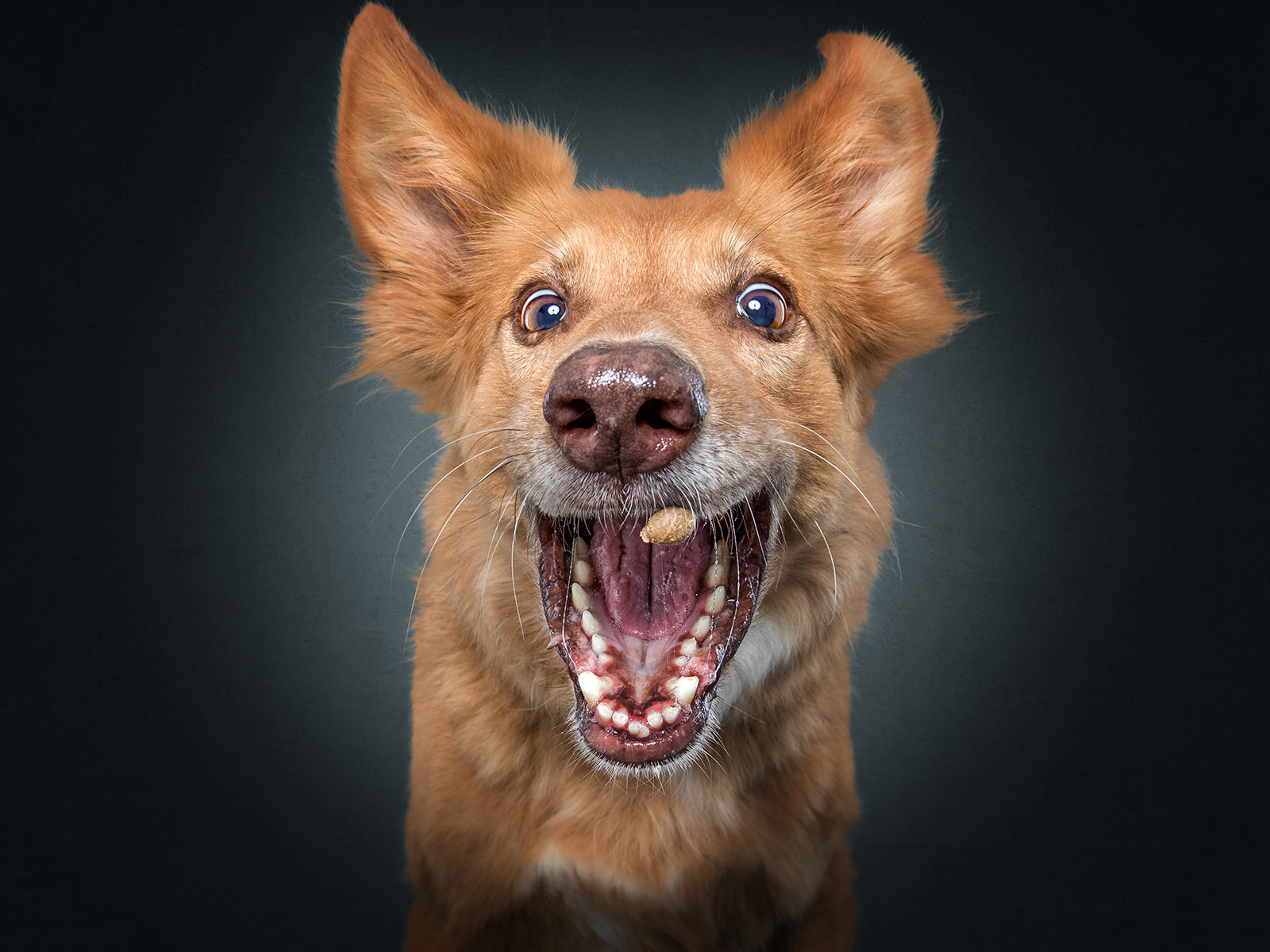 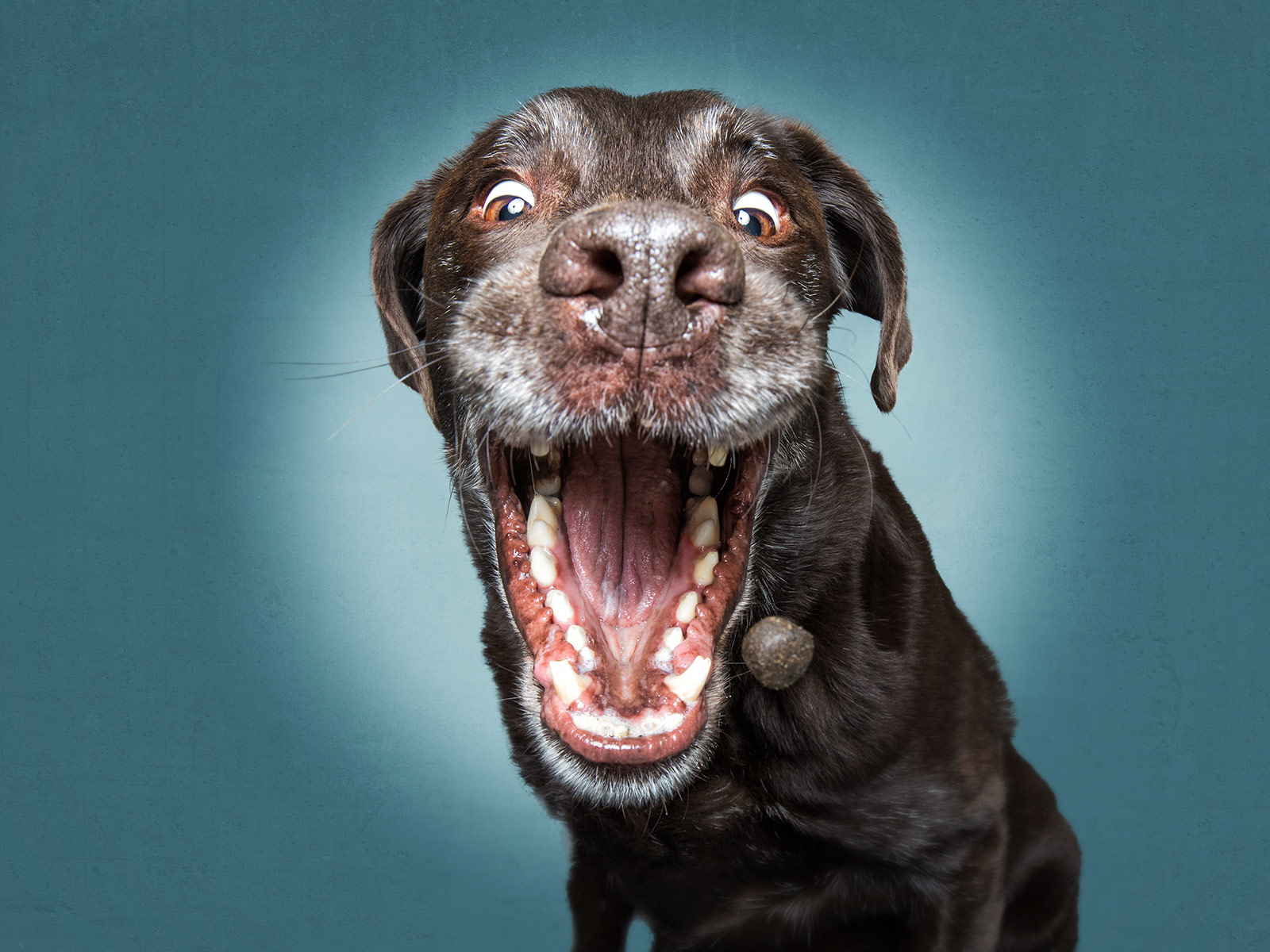 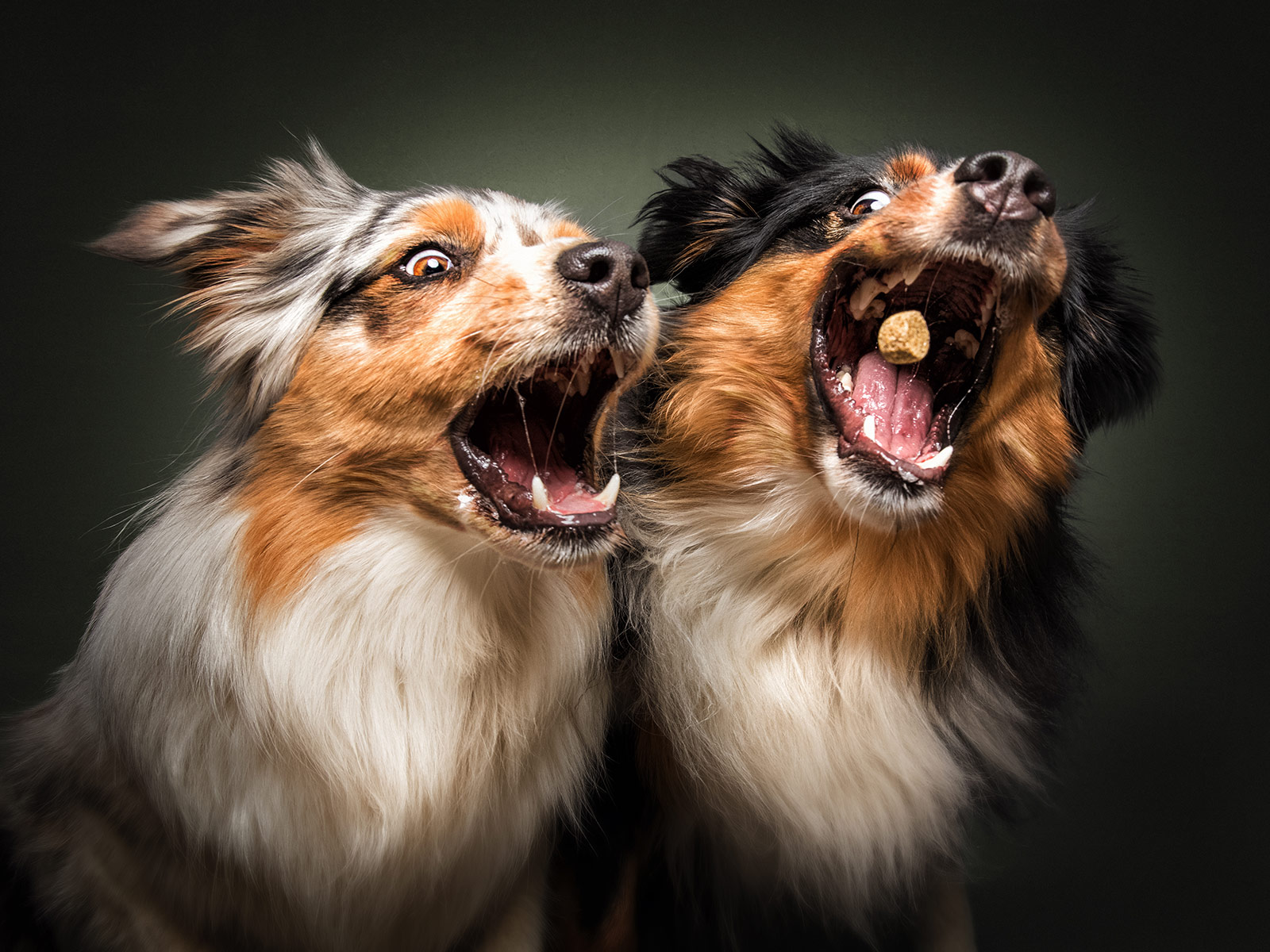 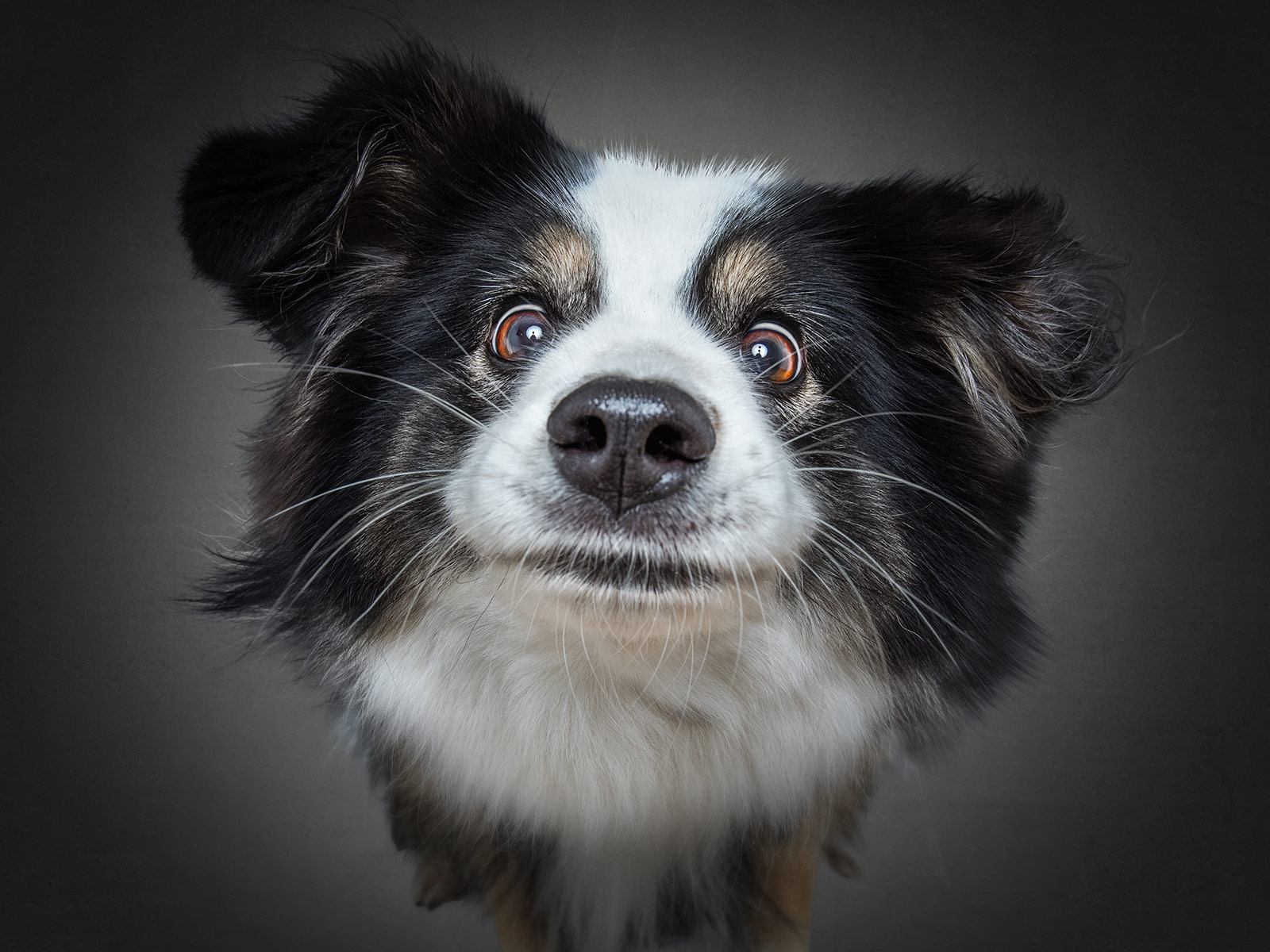