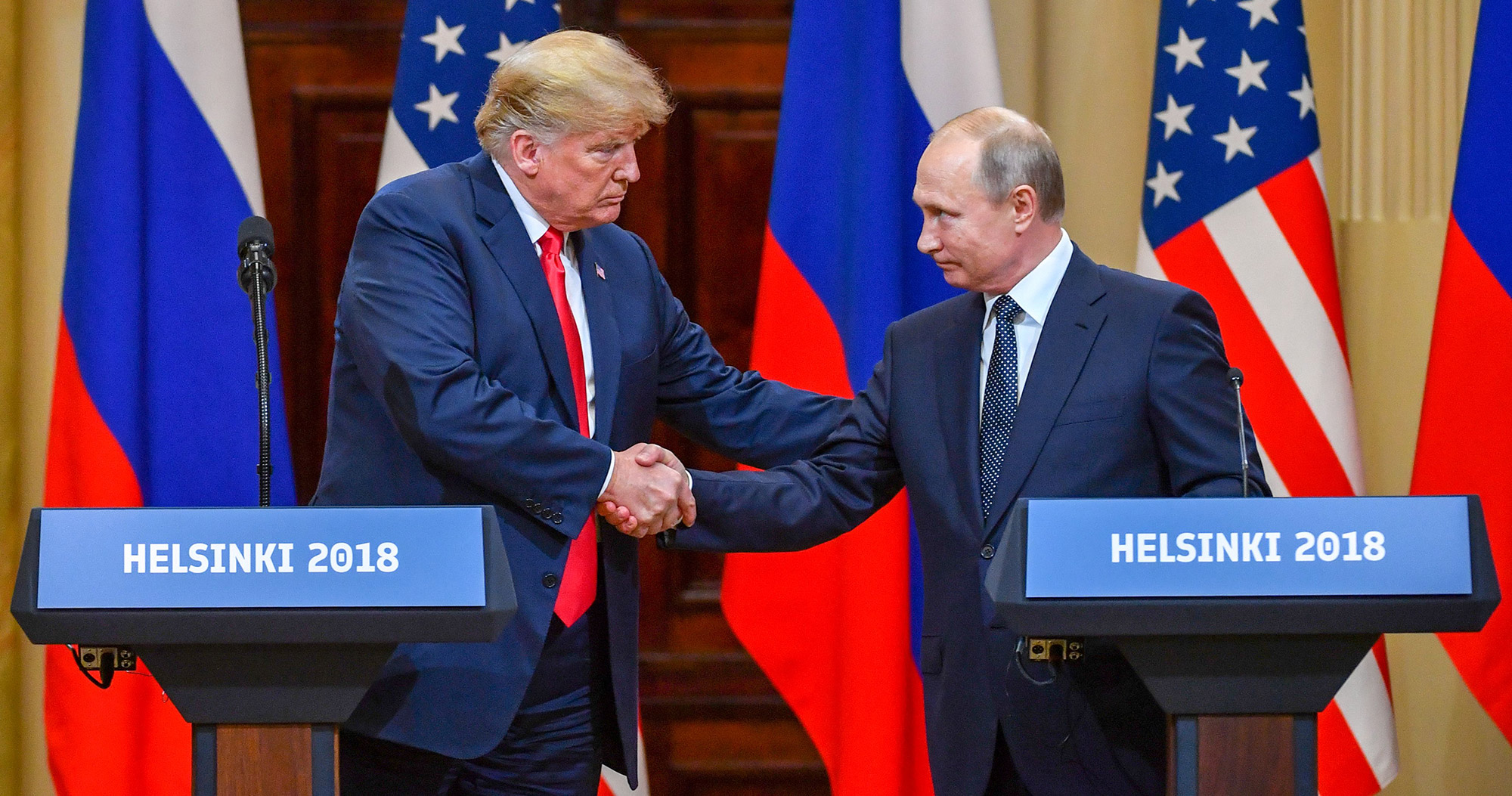 US President Donald Trump shakes hands with Russian President Vladimir Putin at the end of their summit in Helsinki, Finland, on Monday, July 16. Yuri Kadobnov/AFP/Getty Images

In pictures: Trump meets with Putin

US President Donald Trump shakes hands with Russian President Vladimir Putin at the end of their summit in Helsinki, Finland, on Monday, July 16. Yuri Kadobnov/AFP/Getty Images

President Donald Trump wrapped up a weeklong trip to Europe with a highly anticipated meeting with Russian President Vladimir Putin.

The summit took place Monday at the Presidential Palace in Helsinki, Finland, and afterward Trump said he believed it had significantly improved relations between the two countries.

"Our relationship has never been worse than it is now. However, that changed as of about four hours ago. I really believe that," Trump said during a joint news conference held at the end of the summit.

Putin said Trump brought up the issue on Monday, but Putin insisted that Russia “has never interfered" with American affairs.

Trump declined to endorse the US intelligence community's assessment that Russia interfered in the election, saying Putin was "extremely strong and powerful" in his denial. Trump said the two leaders also talked about issues such as North Korea, nuclear proliferation and radical Islamic terrorism.

"We should have, frankly, had this dialogue a long time ago,” he said. “I think that we're all to blame. I think that the United States has now stepped forward along with Russia.” 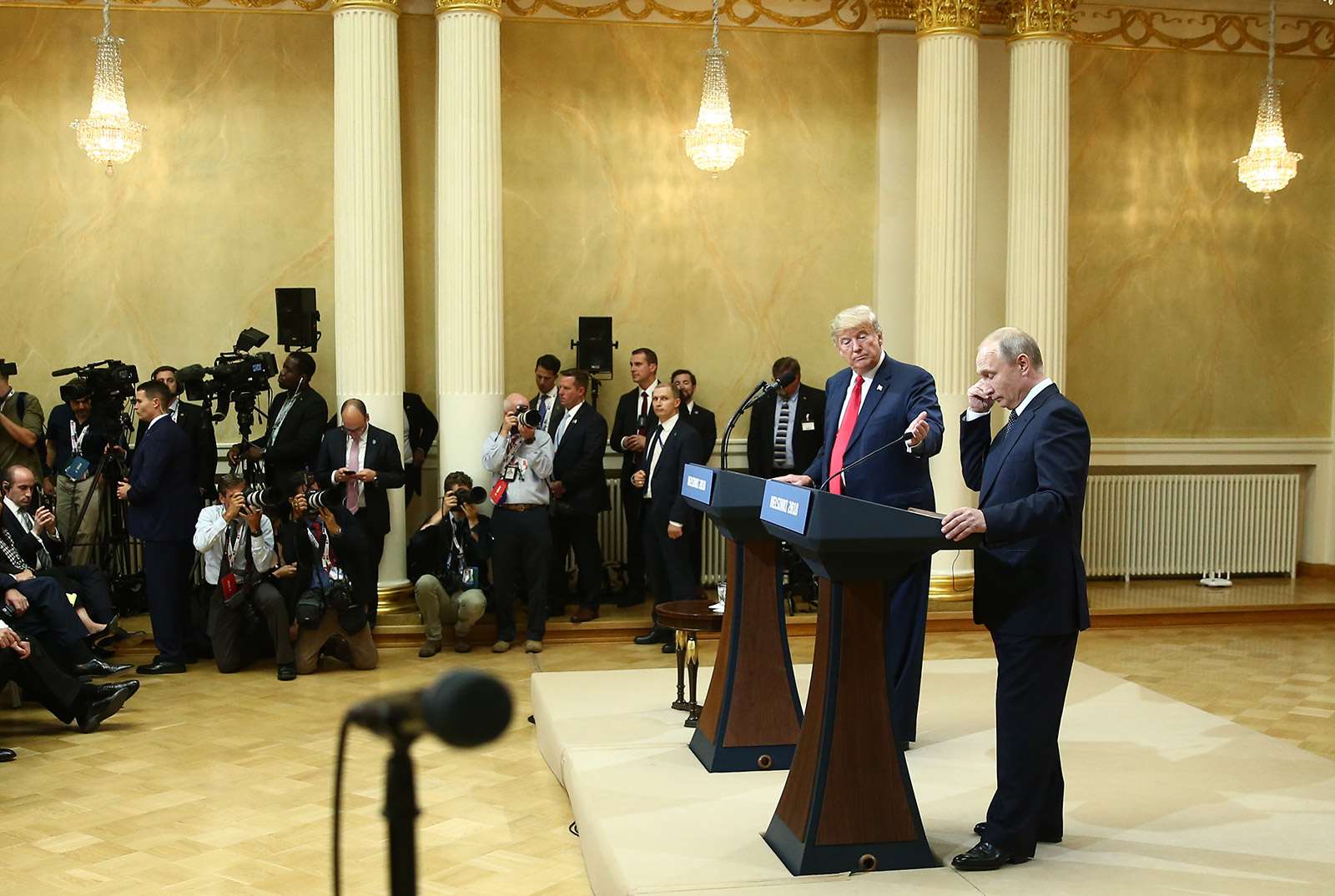 At a joint news conference held at the end of the summit, Putin described the meeting with Trump as frank and business-like. He also said it was successful and they had a "fruitful round of negotiations." Valery Sharifulin/TASS/Getty Images 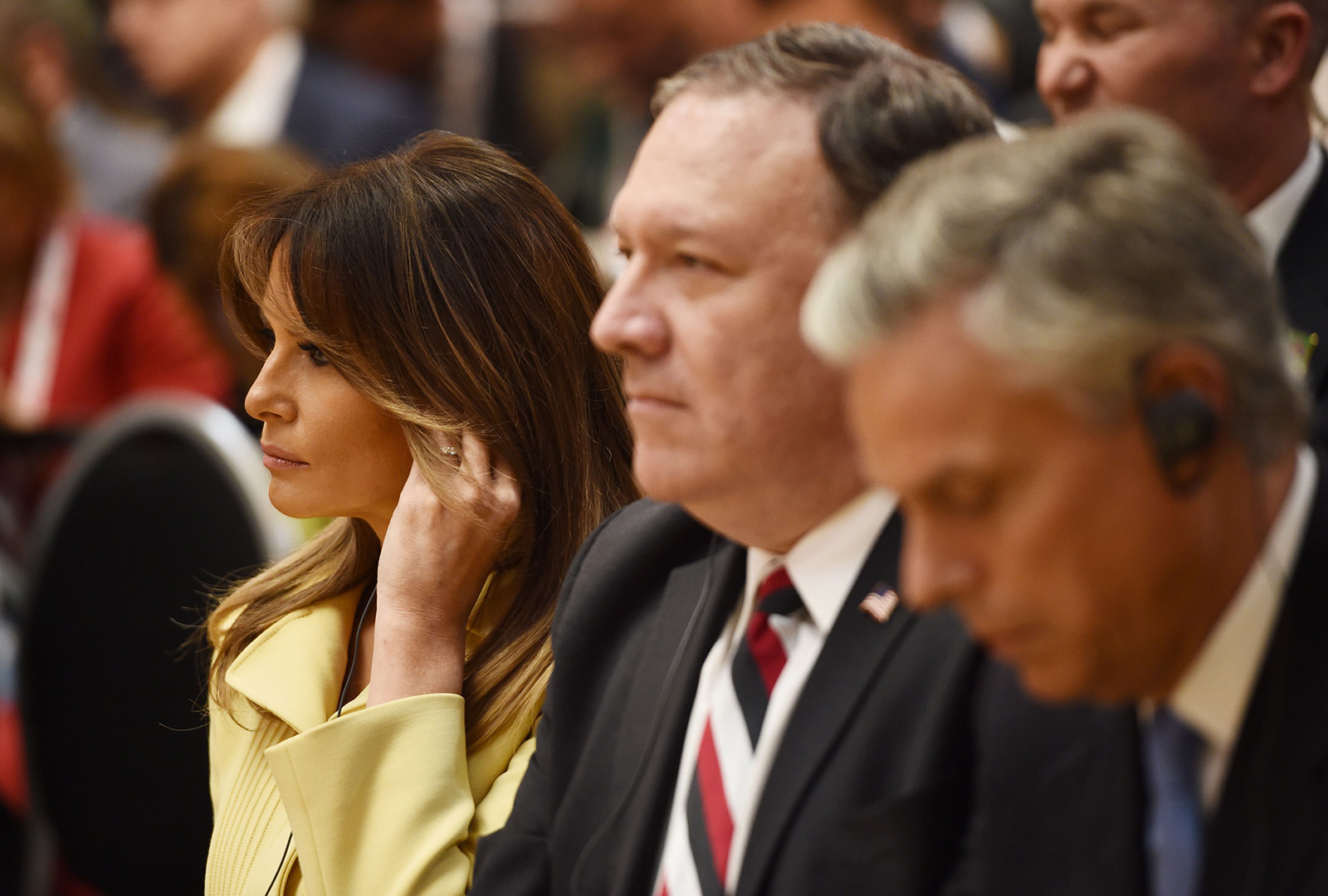 First lady Melania Trump sits next to US Secretary of State Mike Pompeo during the news conference. Brendan Smialowski/AFP/Getty Images 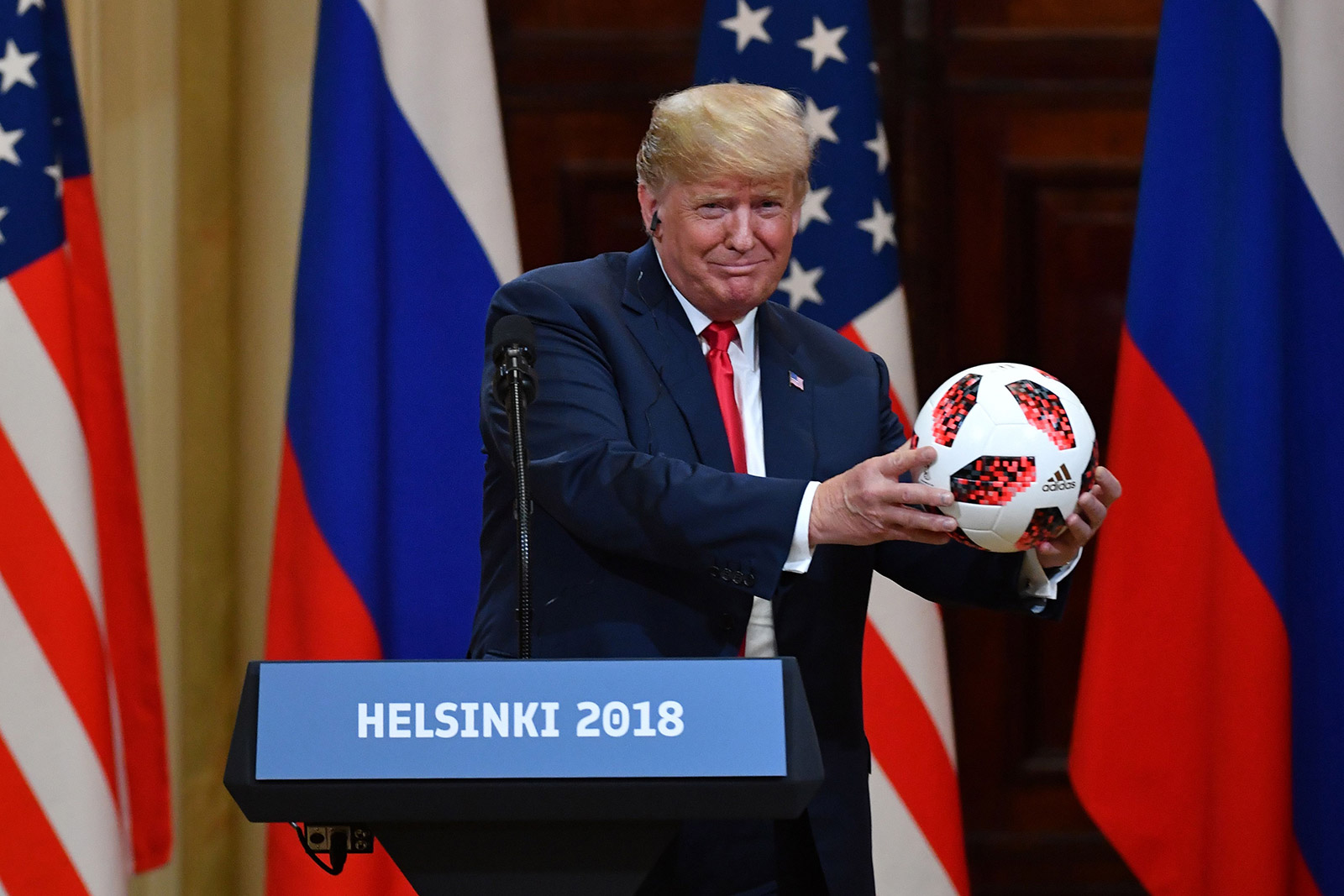 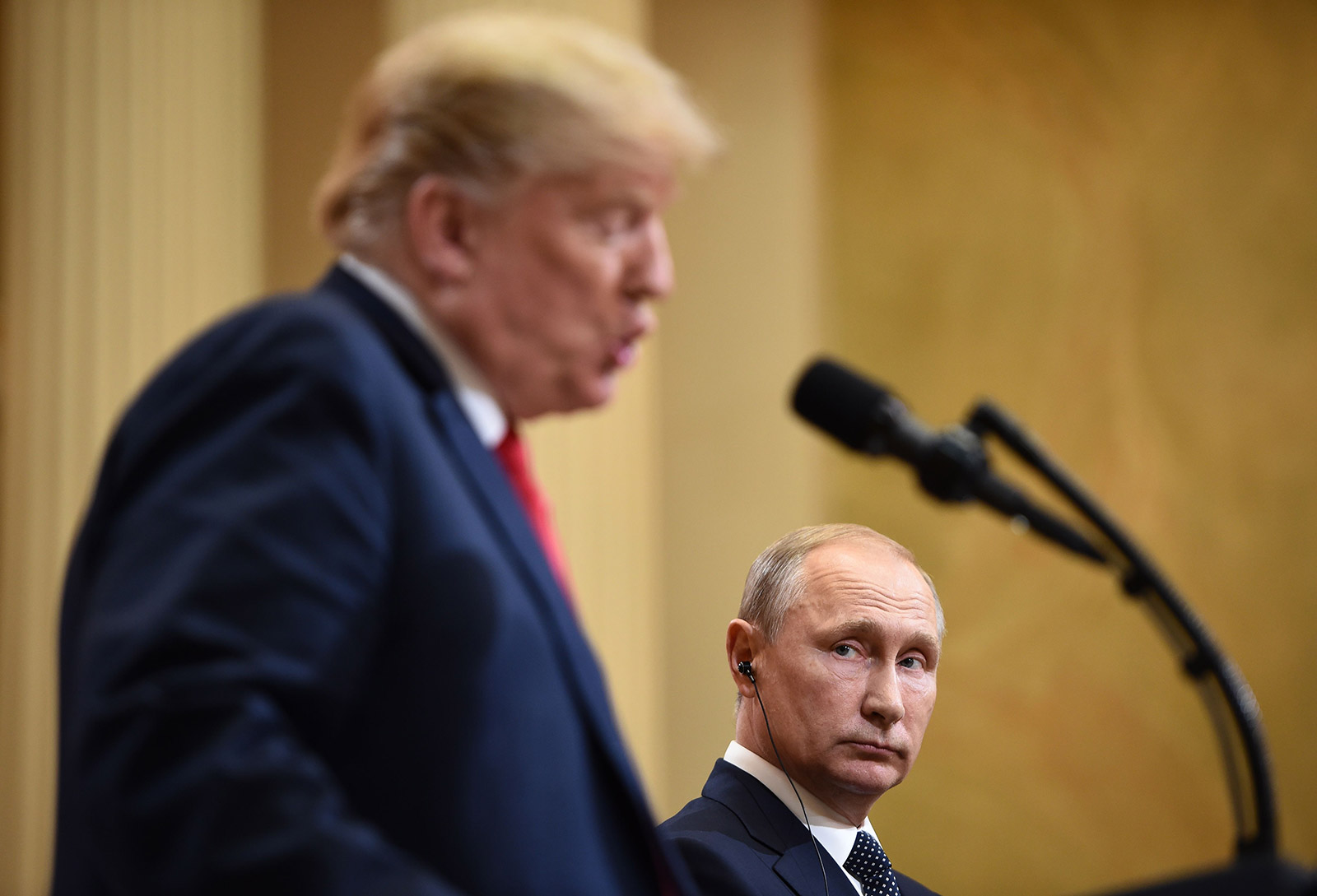 Trump and Putin address the media after their summit. During his remarks, Trump said the Mueller probe “is a disaster for our country. I think it's kept (the US and Russia) apart. I think it's kept us separated.” Brendan Smialowski/AFP/Getty Images 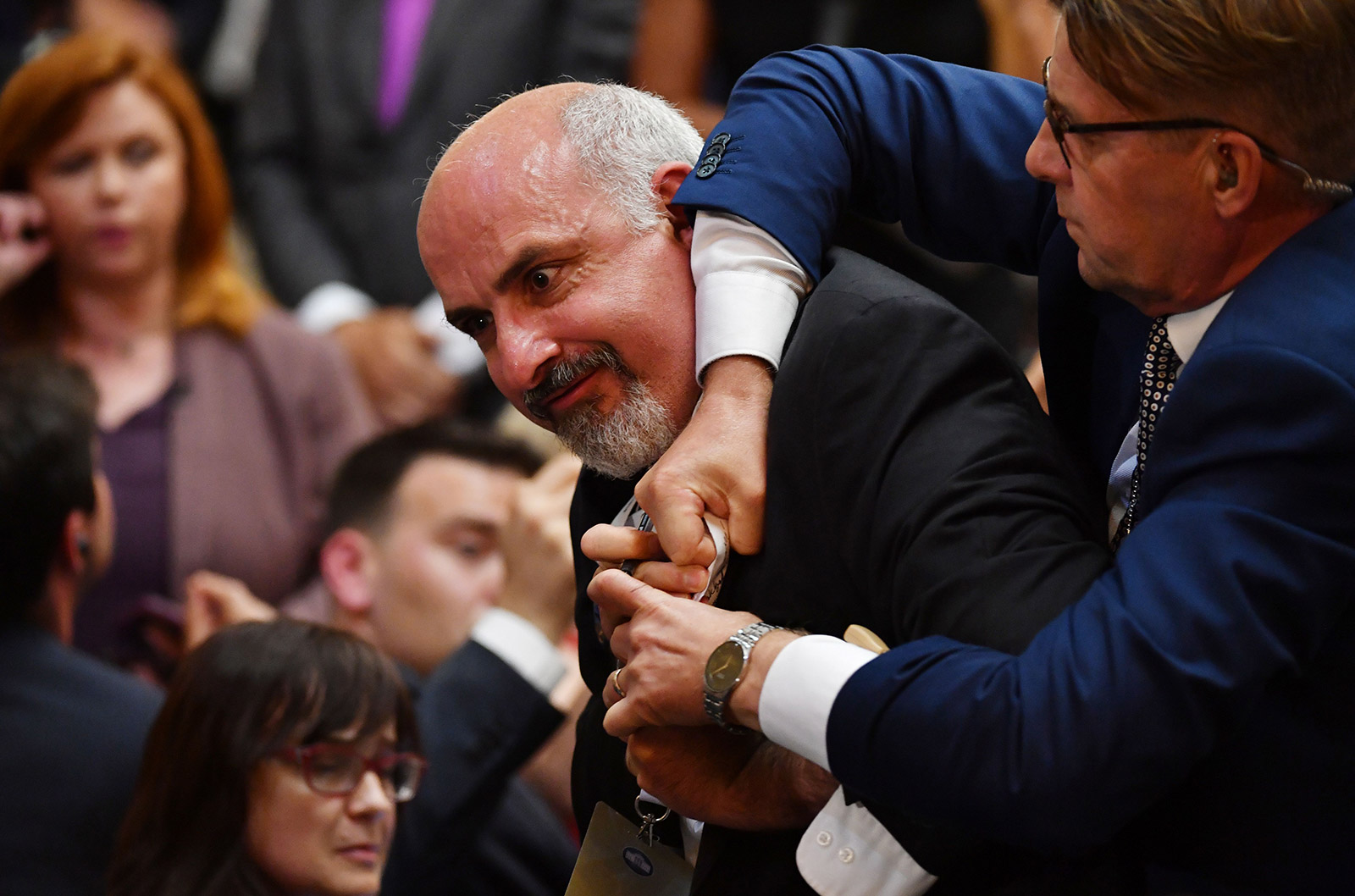 A man is escorted out of the room before Trump and Putin’s joint news conference. He had been holding up a sign that said “Nuclear Weapon Ban Treaty.” Yuri Kadobnov/AFP/Getty Images 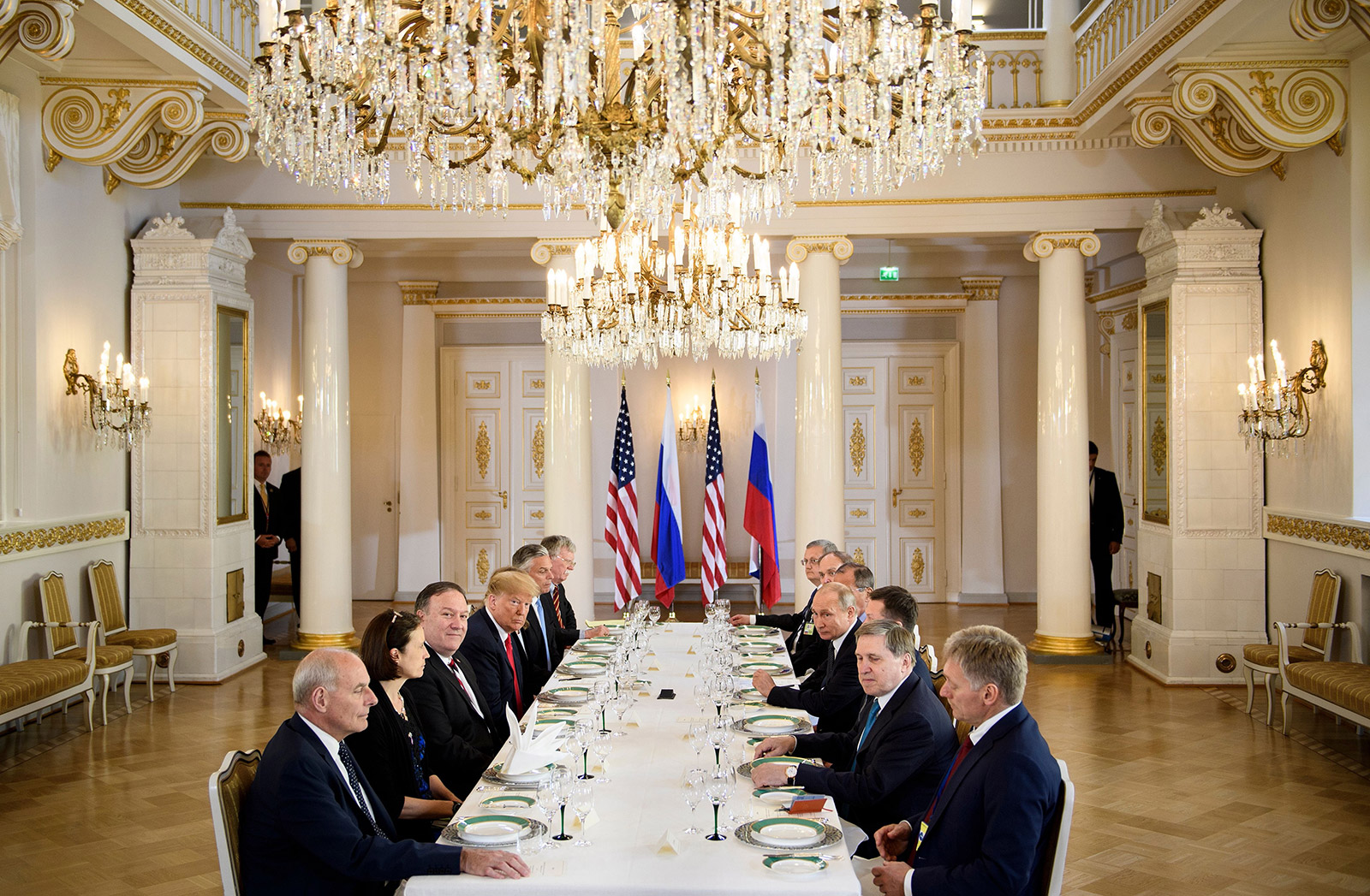 Trump and Putin sit across from each other as they attend a working lunch with members of their staff. Brendan Smialowski/AFP/Getty Images 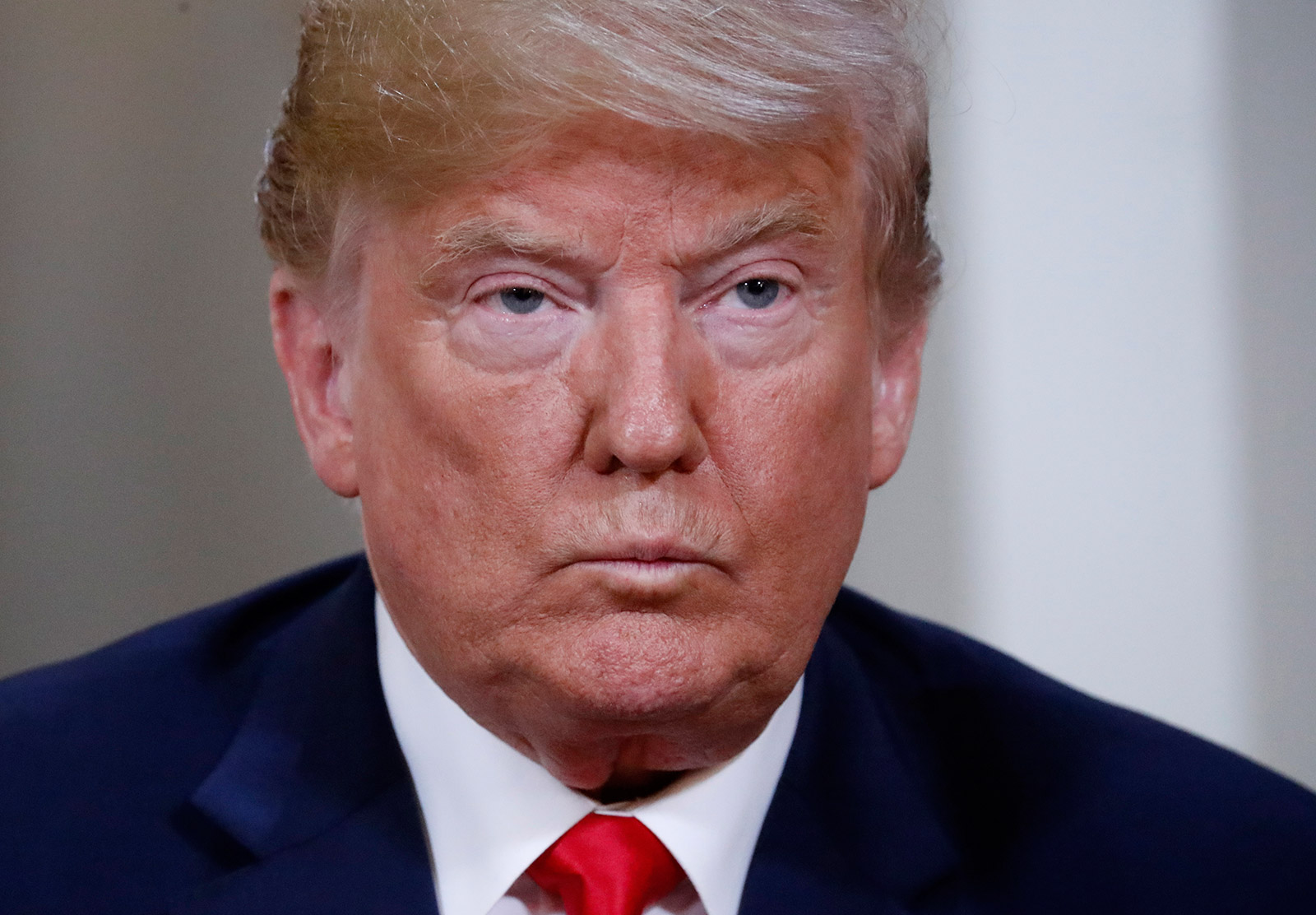 The Putin meeting was the last part of Trump’s weeklong trip to Europe, which started Tuesday with a NATO summit. Pablo Martinez Monsivais/AP 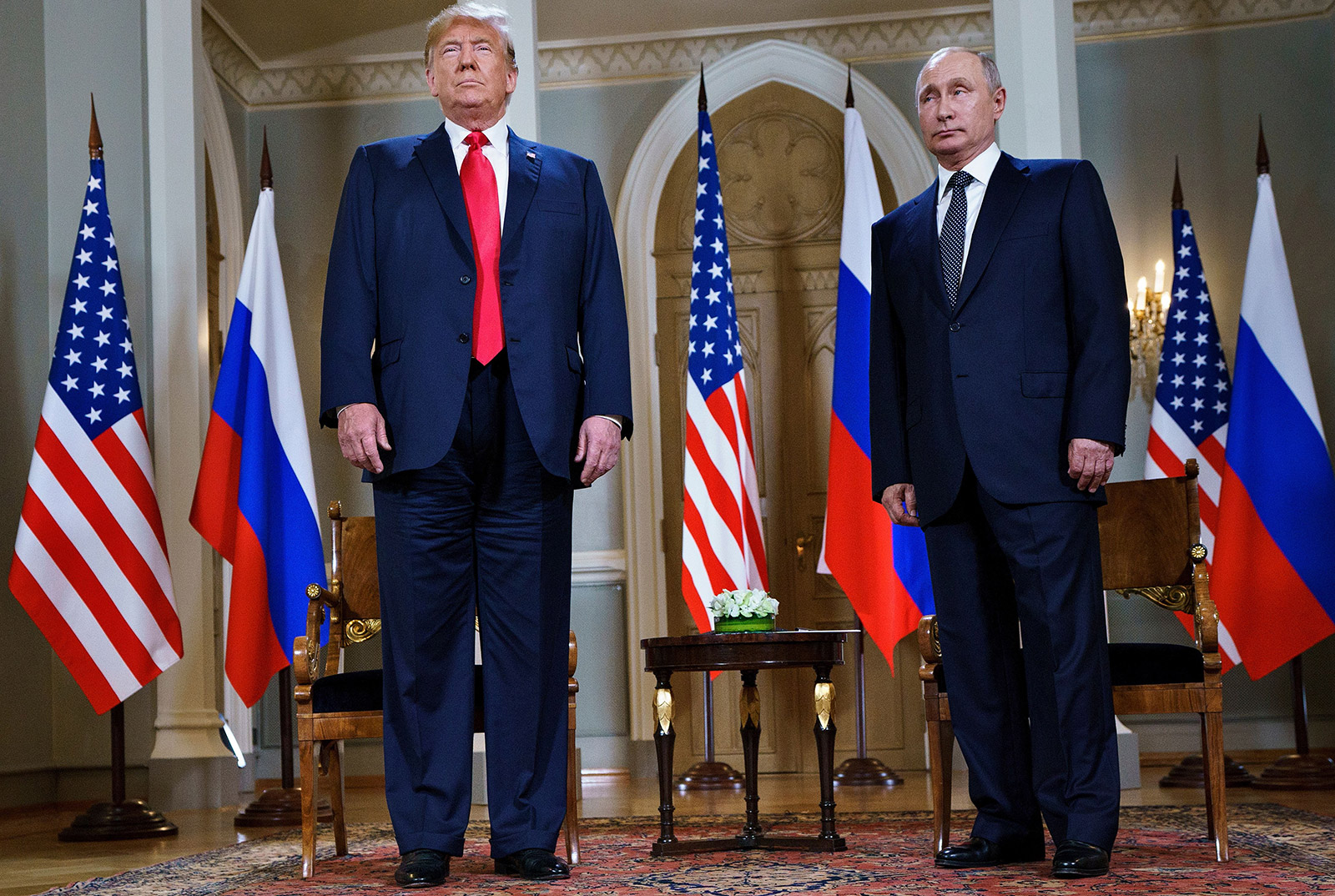 Trump and Putin pose for a photo before their closed-door meeting, which lasted over two hours. Brendan Smialowski/AFP/Getty Images 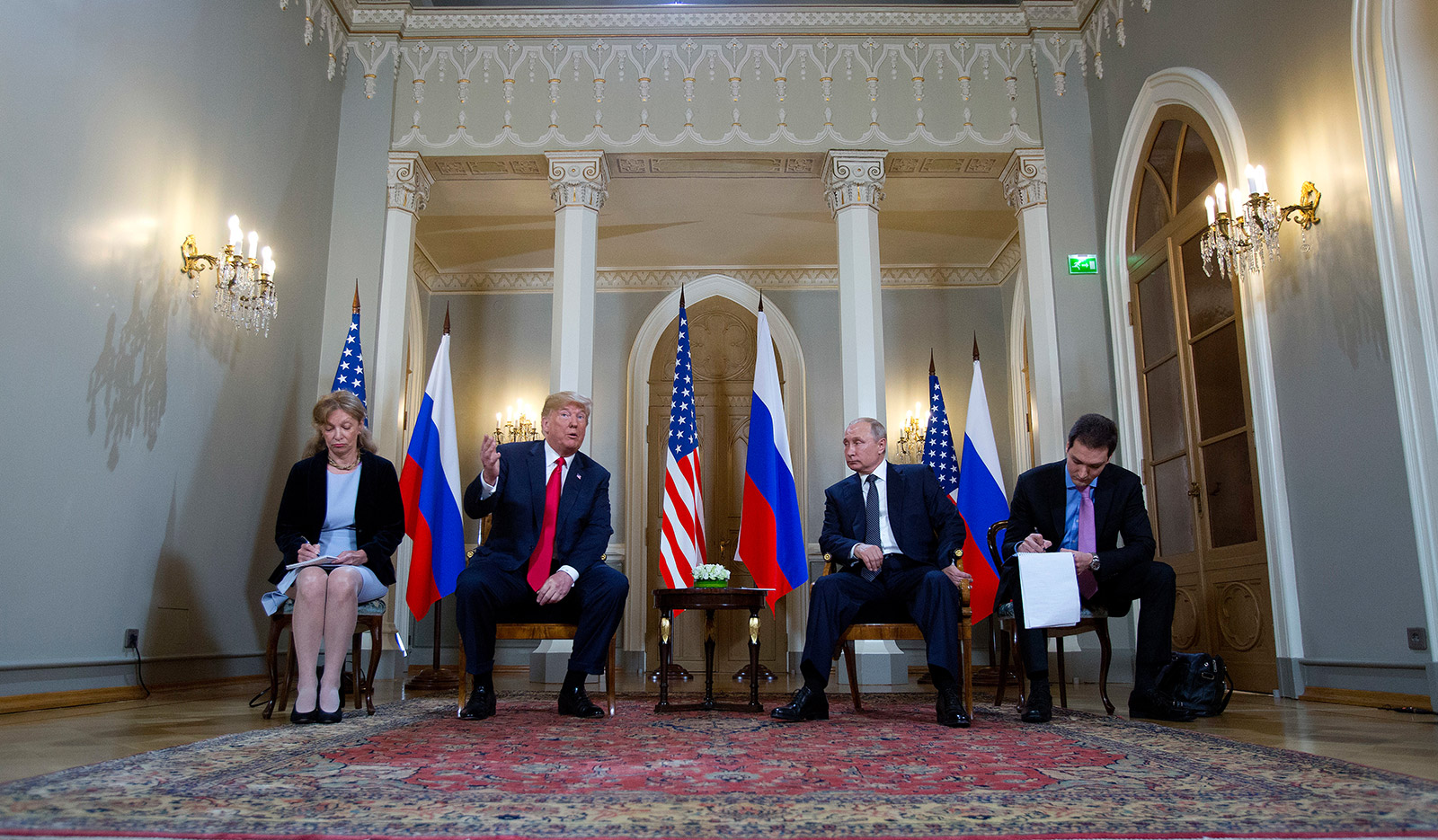 Translators take notes as Trump gives a statement to the press before the meeting. Pablo Martinez Monsivais/AP 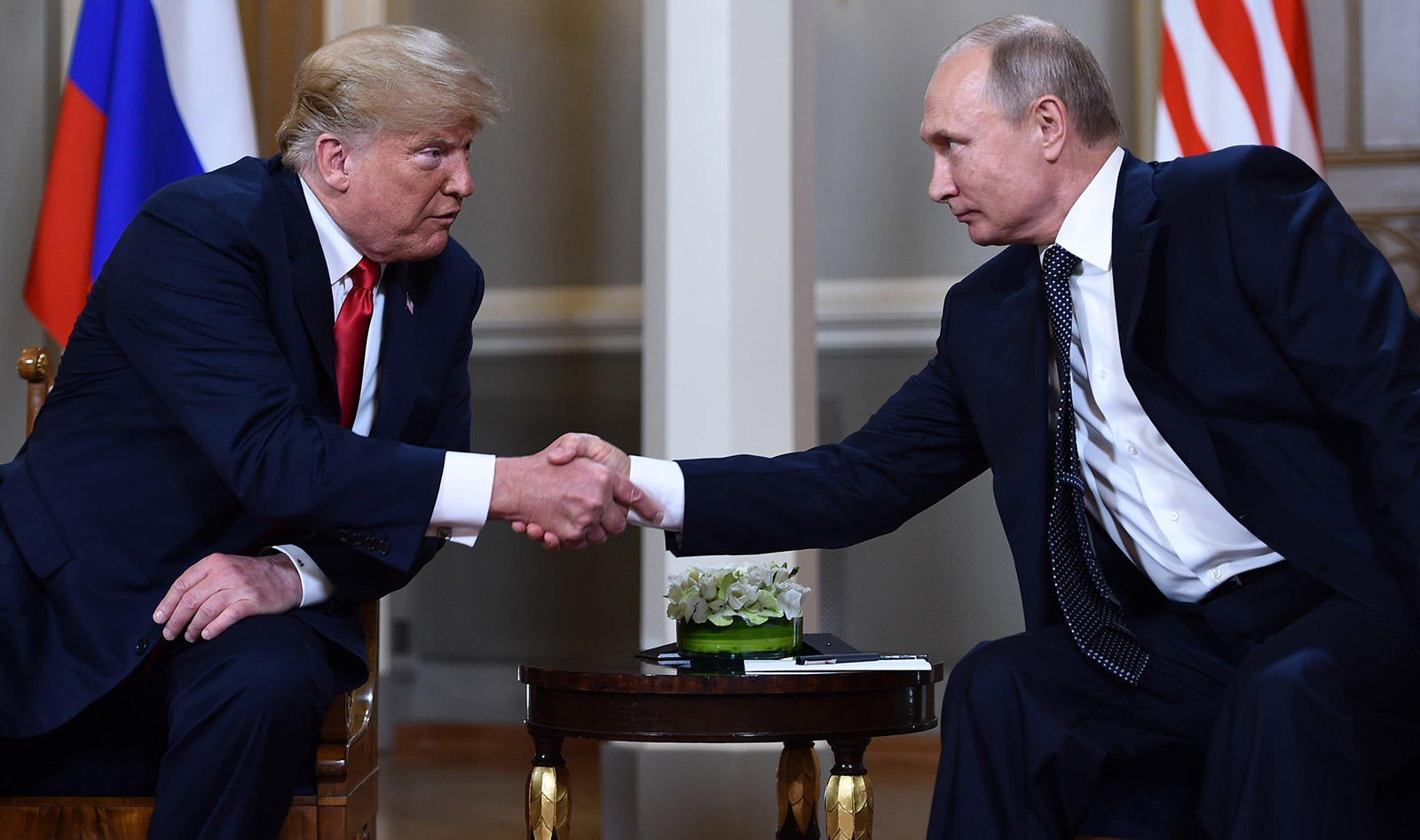 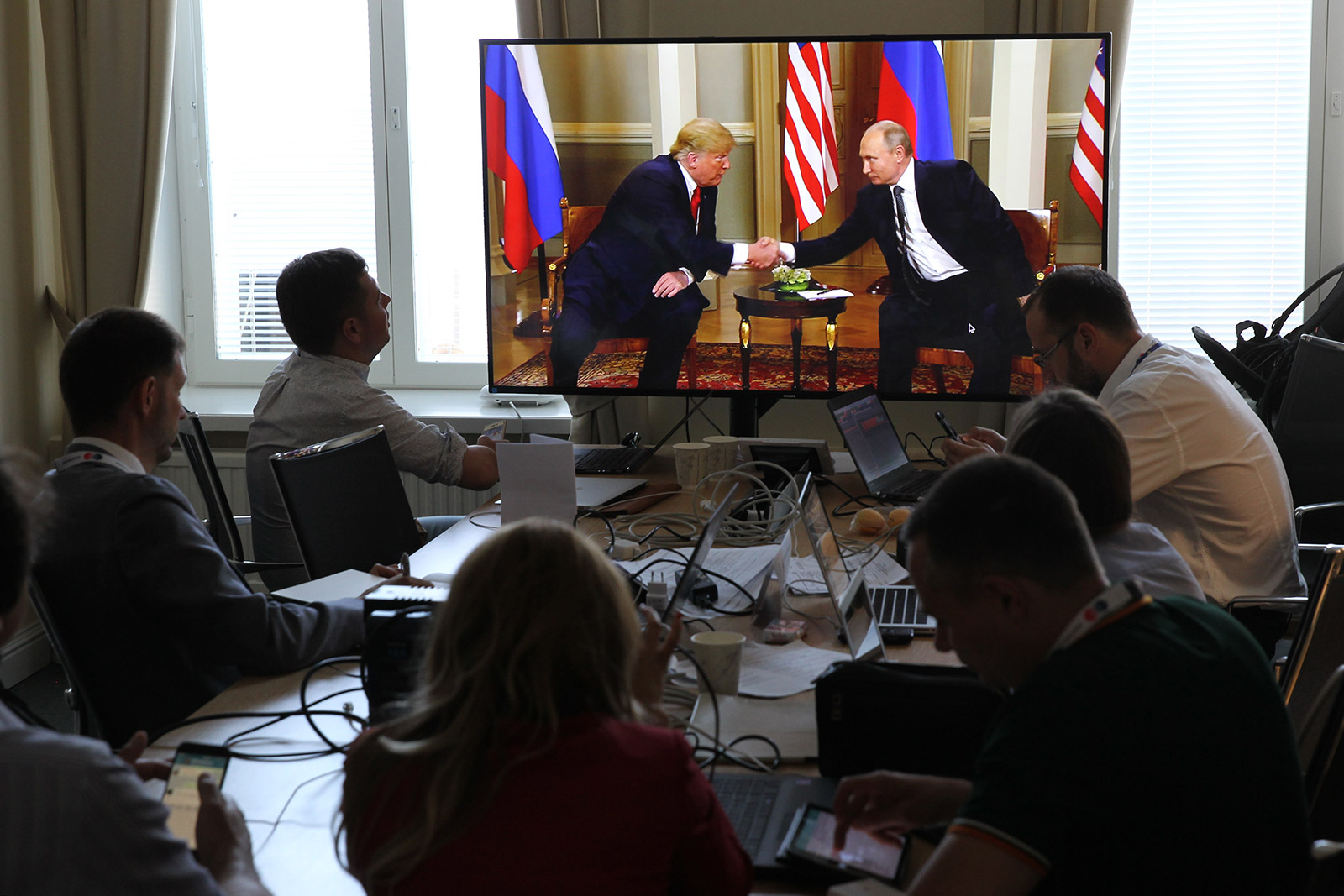 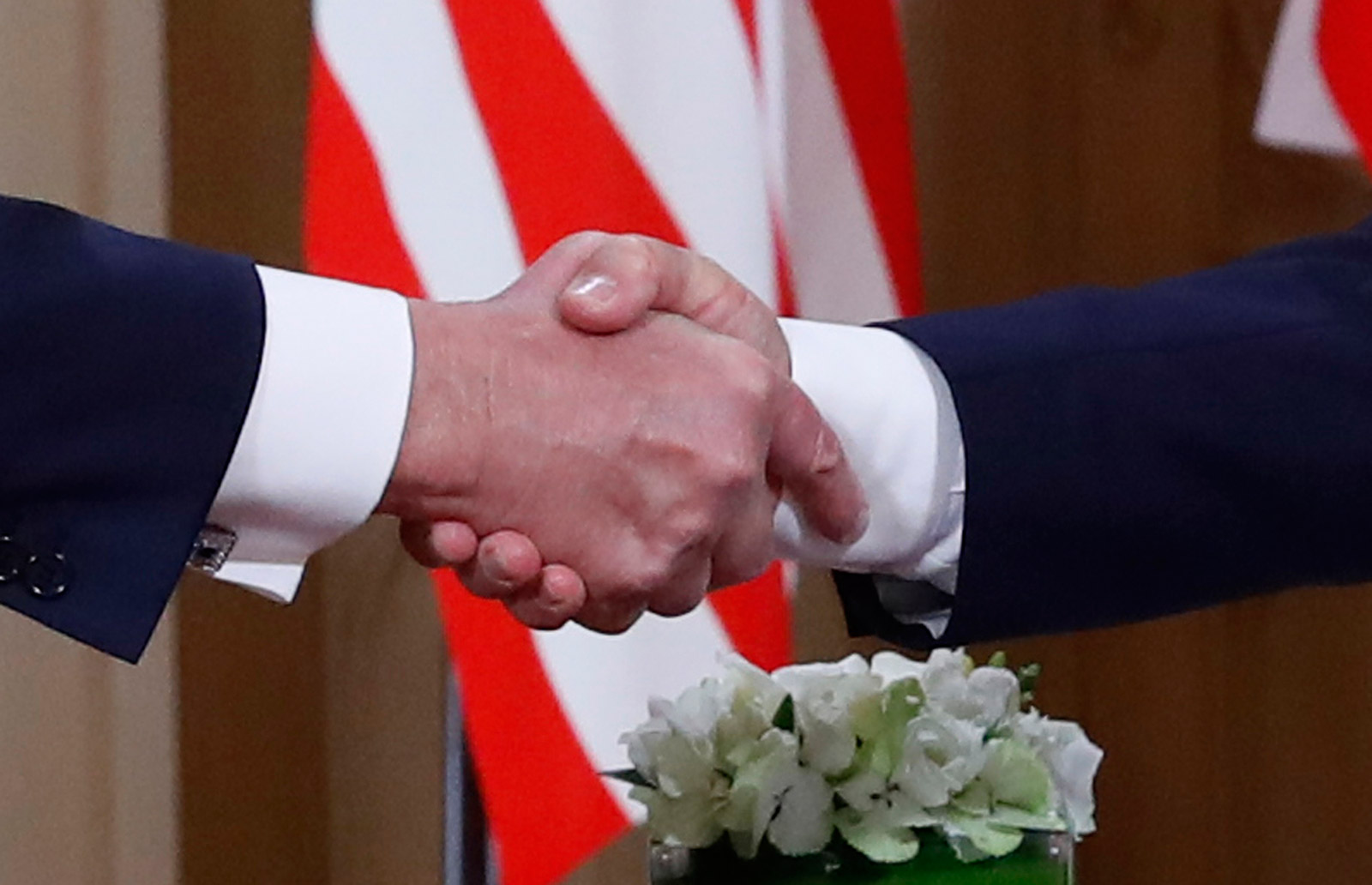 "I really think the world wants to see us get along,” Trump said to the press ahead of the meeting. Pablo Martinez Monsivais/AP 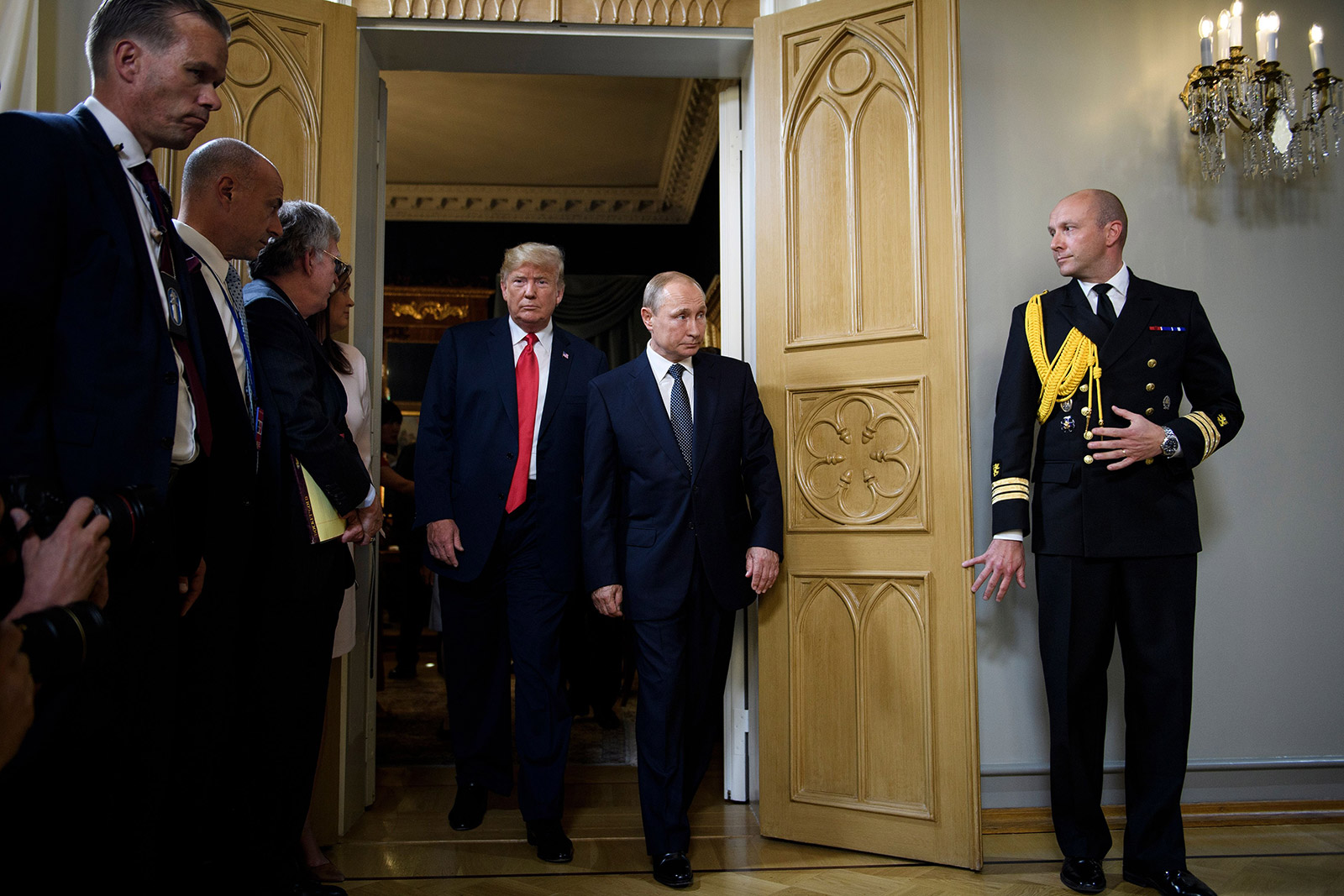 The two Presidents arrive for their meeting on Monday. This is the third time they have met. They first met last summer at a G20 summit in Hamburg, Germany. Brendan Smialowski/AFP/Getty Images 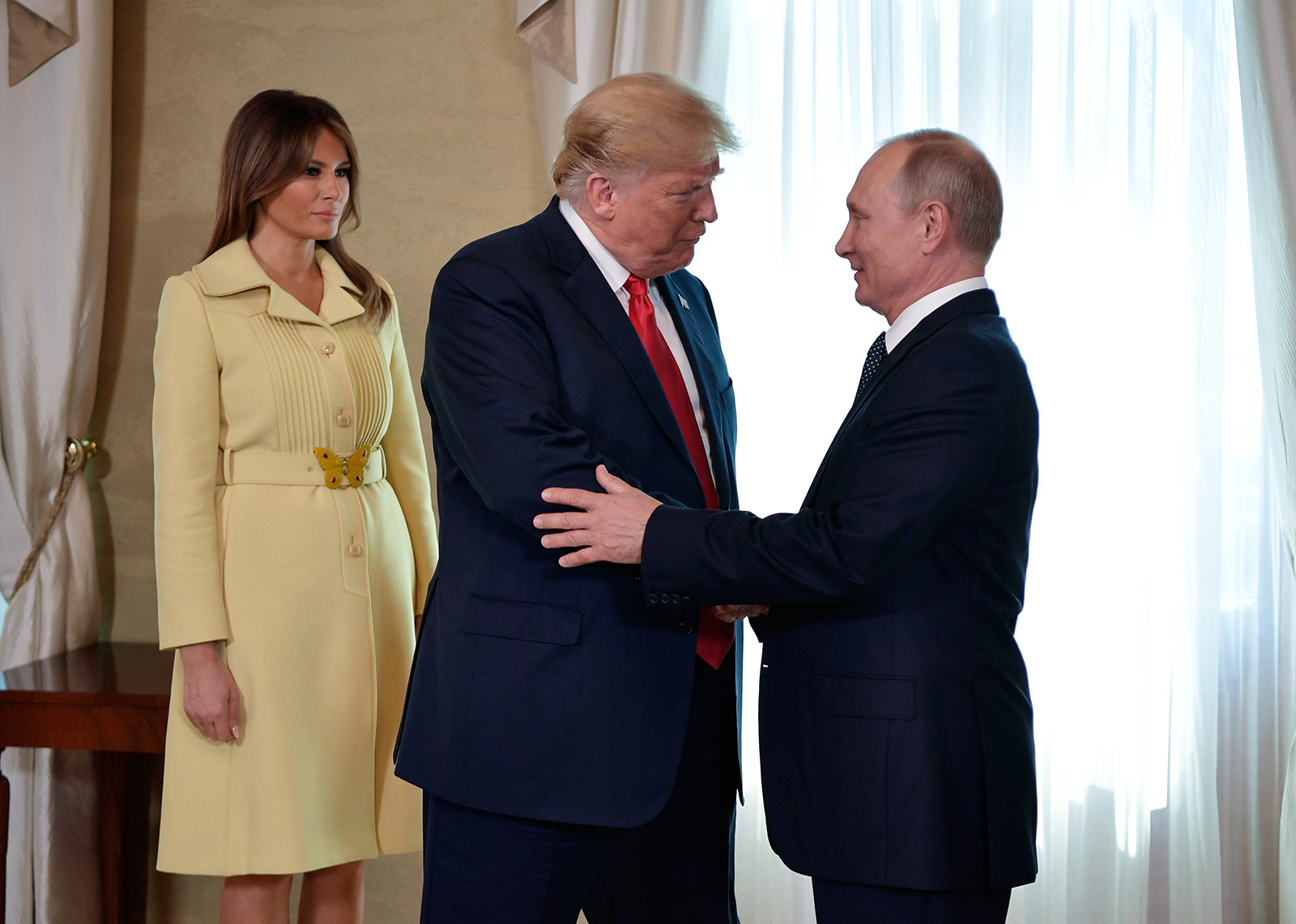 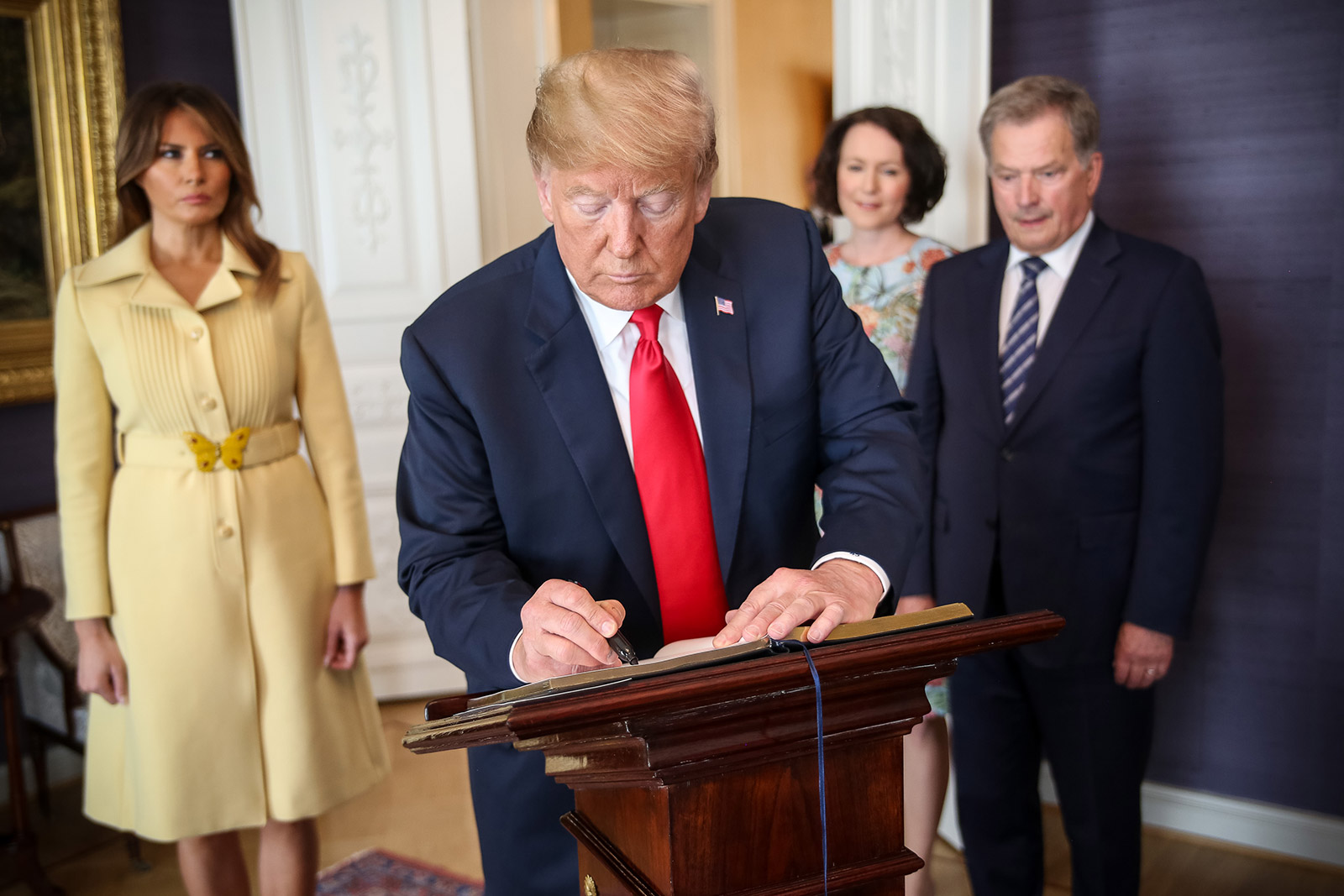 Trump signs a guestbook as he is welcomed to the Presidential Palace. Matti Porre/Office of the President of the Republic of Finland/EPA-EFE 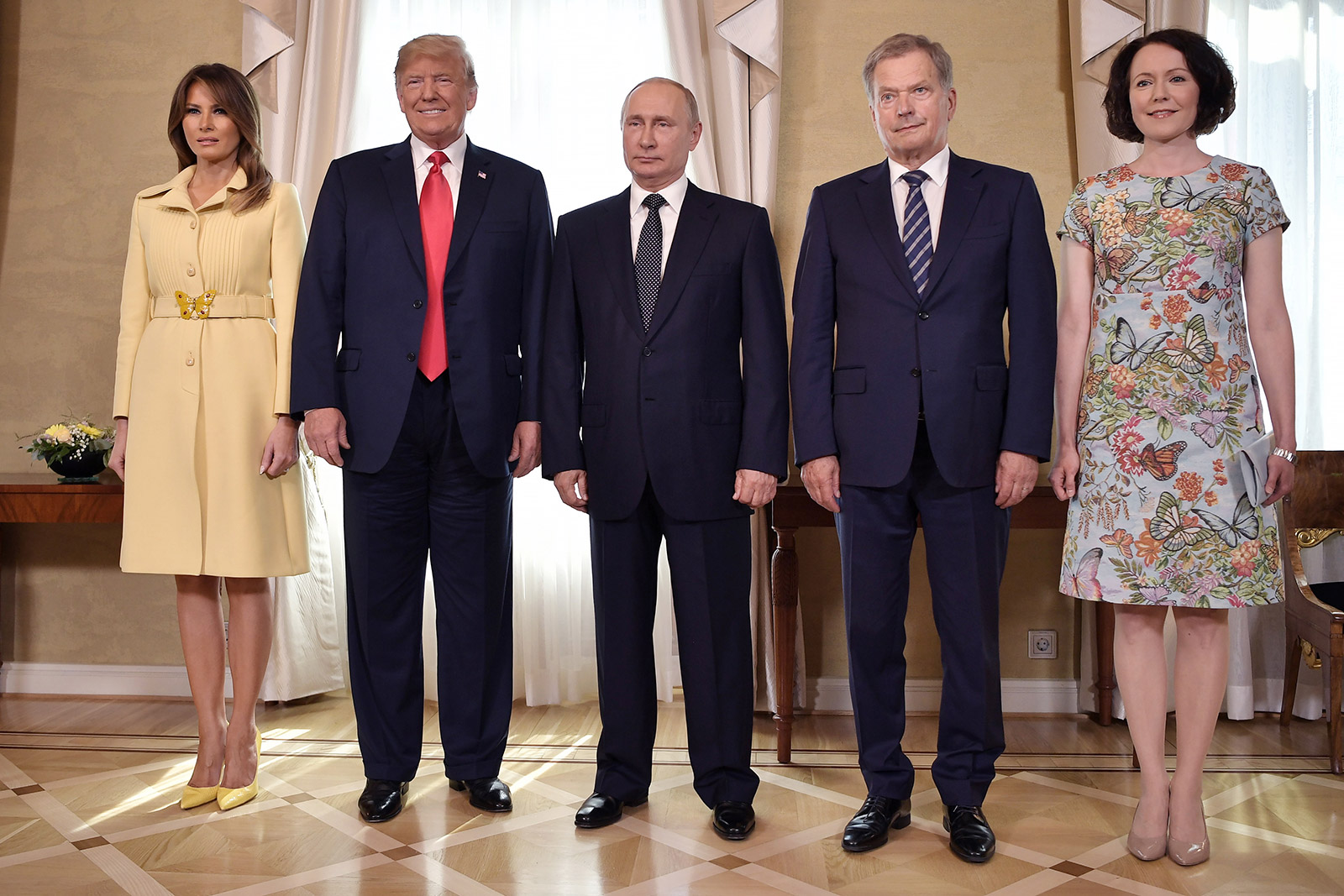 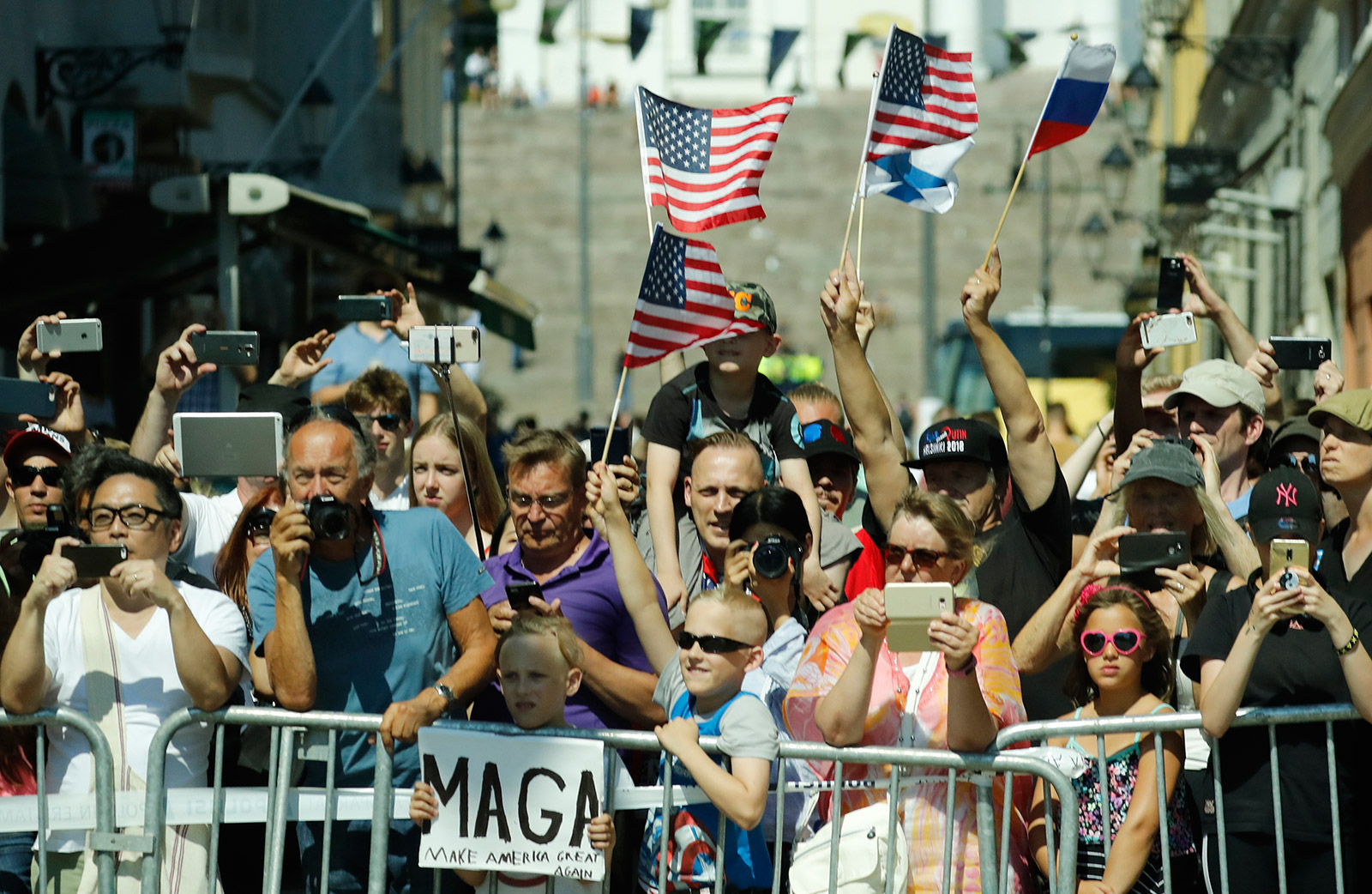 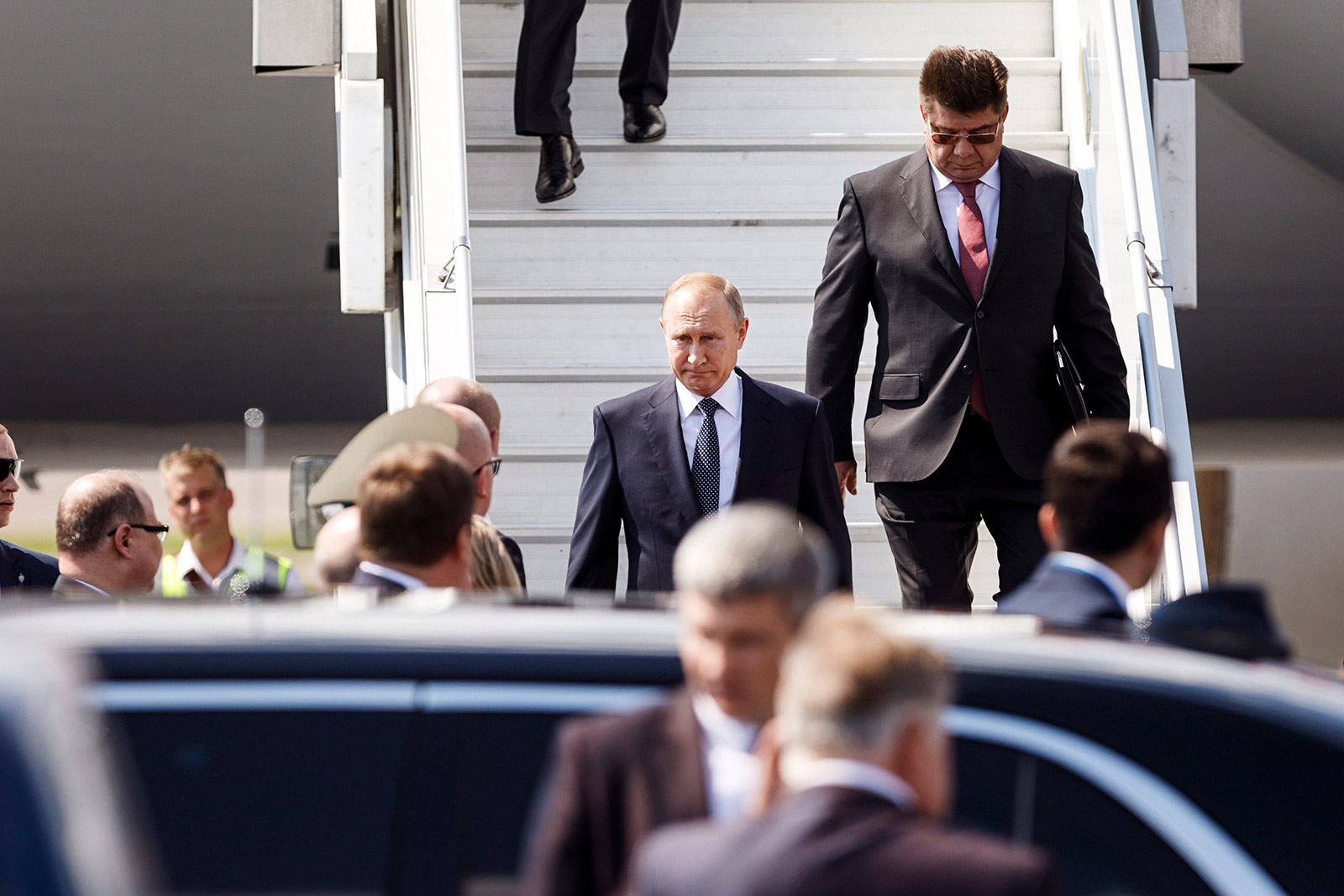 Putin arrives at the airport in Helsinki. Ronni Rekomaa/Lehtikuva/AP 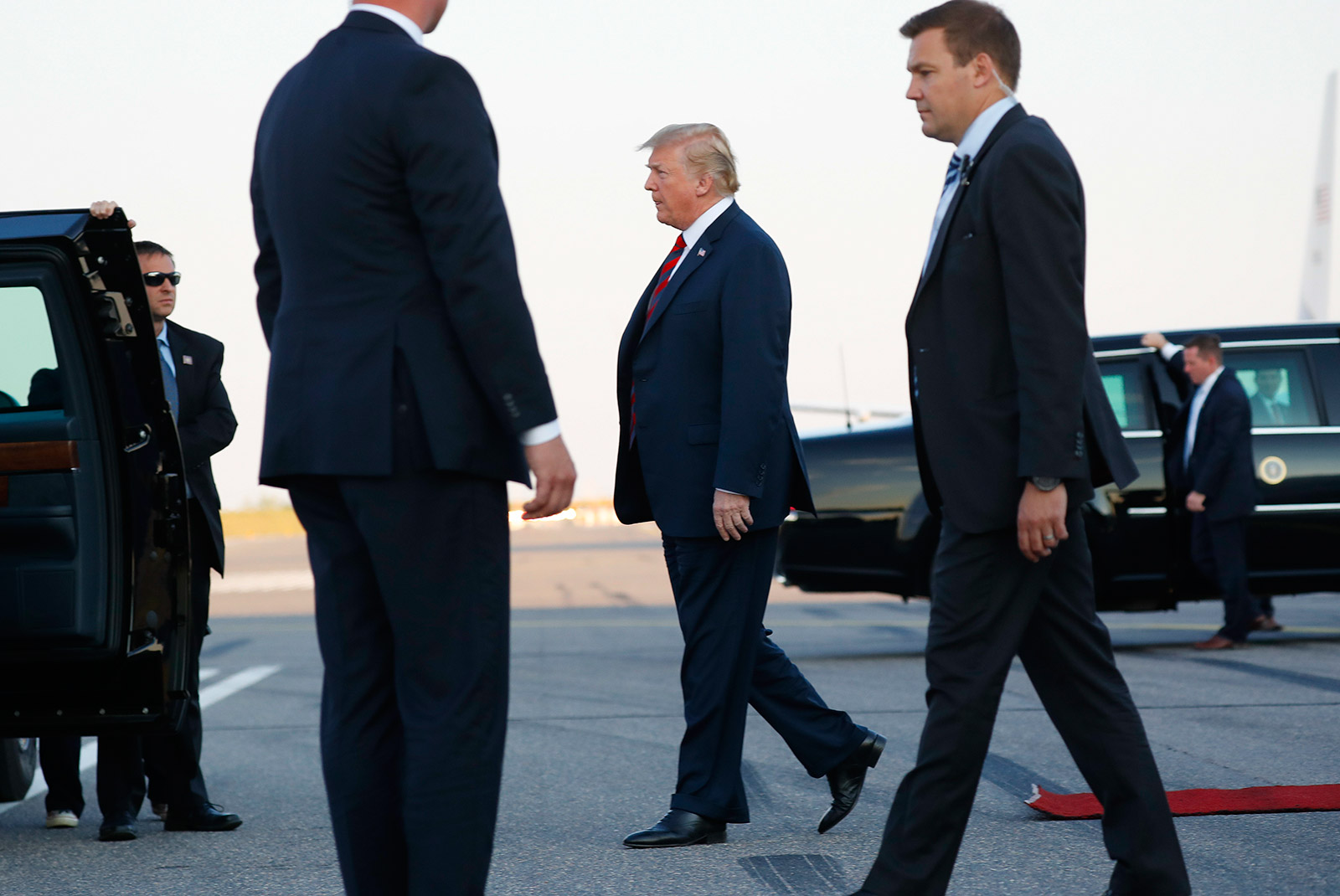 Trump walks across the tarmac after arriving in Helsinki on Sunday. Pablo Martinez Monsivais/AP