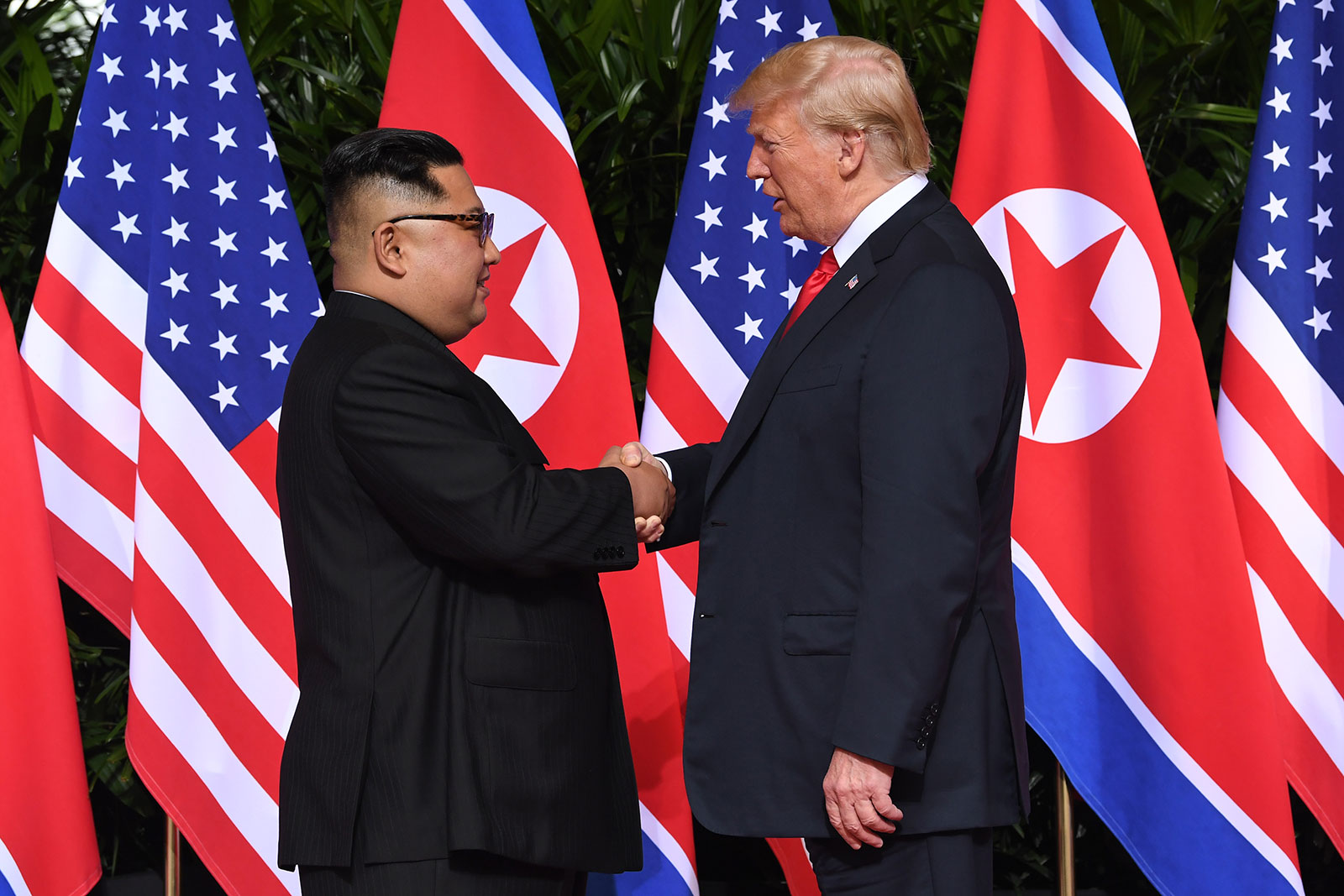 Months after trading insults and threatening each other with nuclear annihilation, US President Donald Trump and North Korean leader Kim Jong Un shook hands Tuesday morning at a historic summit in Singapore.

This was the first meeting ever between a sitting US president and a North Korean leader. It came less than two months after Kim met with South Korean President Moon Jae-in. That summit ended with a declaration that the two Koreas — who have been technically at war for almost 70 years now — will sign a peace treaty later this year.

At the end of Tuesday’s summit, Kim and Trump signed a document in which they agreed “to work toward complete denuclearization of the Korean Peninsula.” In exchange, Trump agreed to "provide security guarantees" to North Korea.

“I think our whole relationship with North Korea and the Korean Peninsula is going to be a very different situation than it has in the past,” said Trump, who added that he’d developed a “special bond” with Kim and would “absolutely” invite him to the White House. 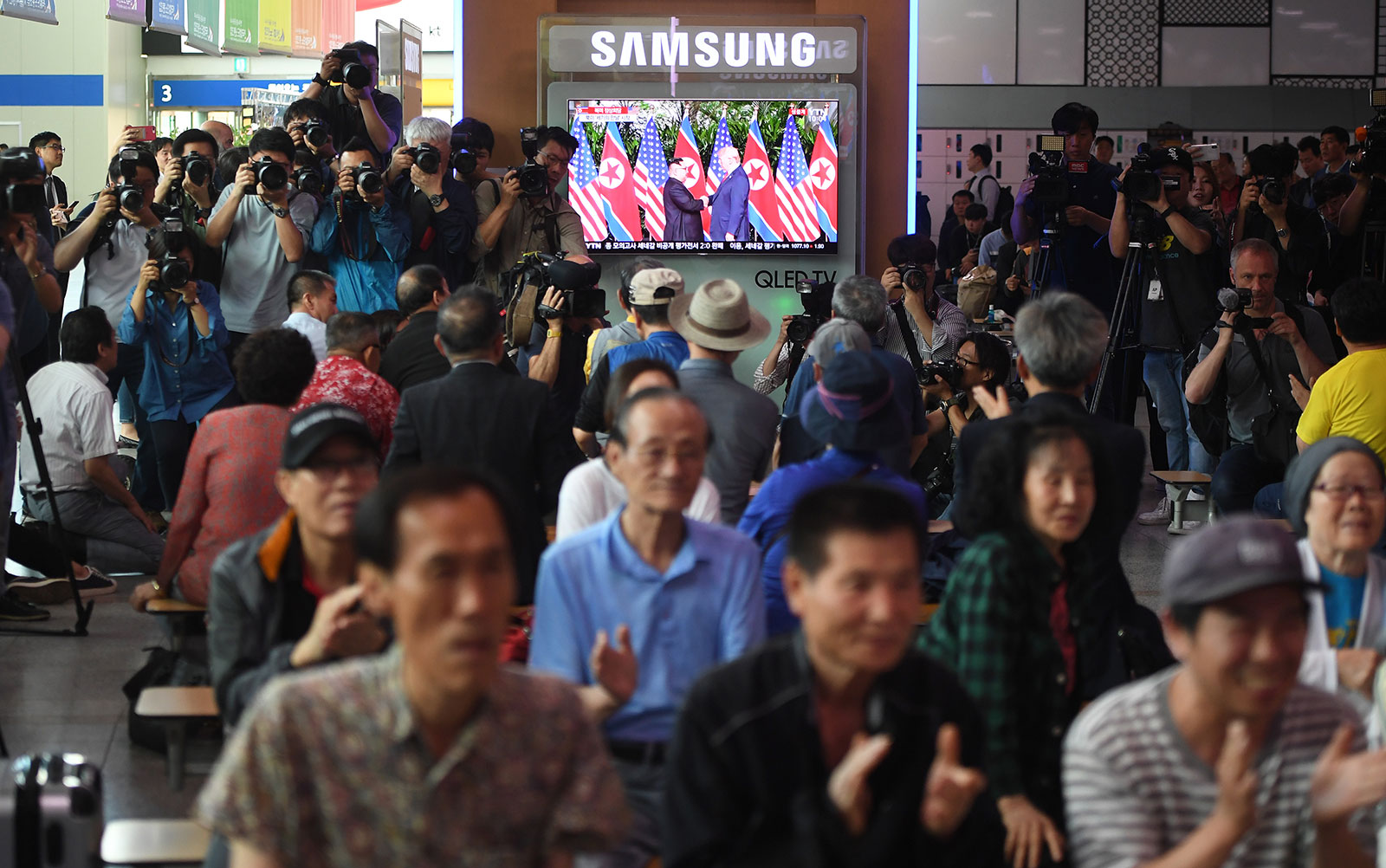 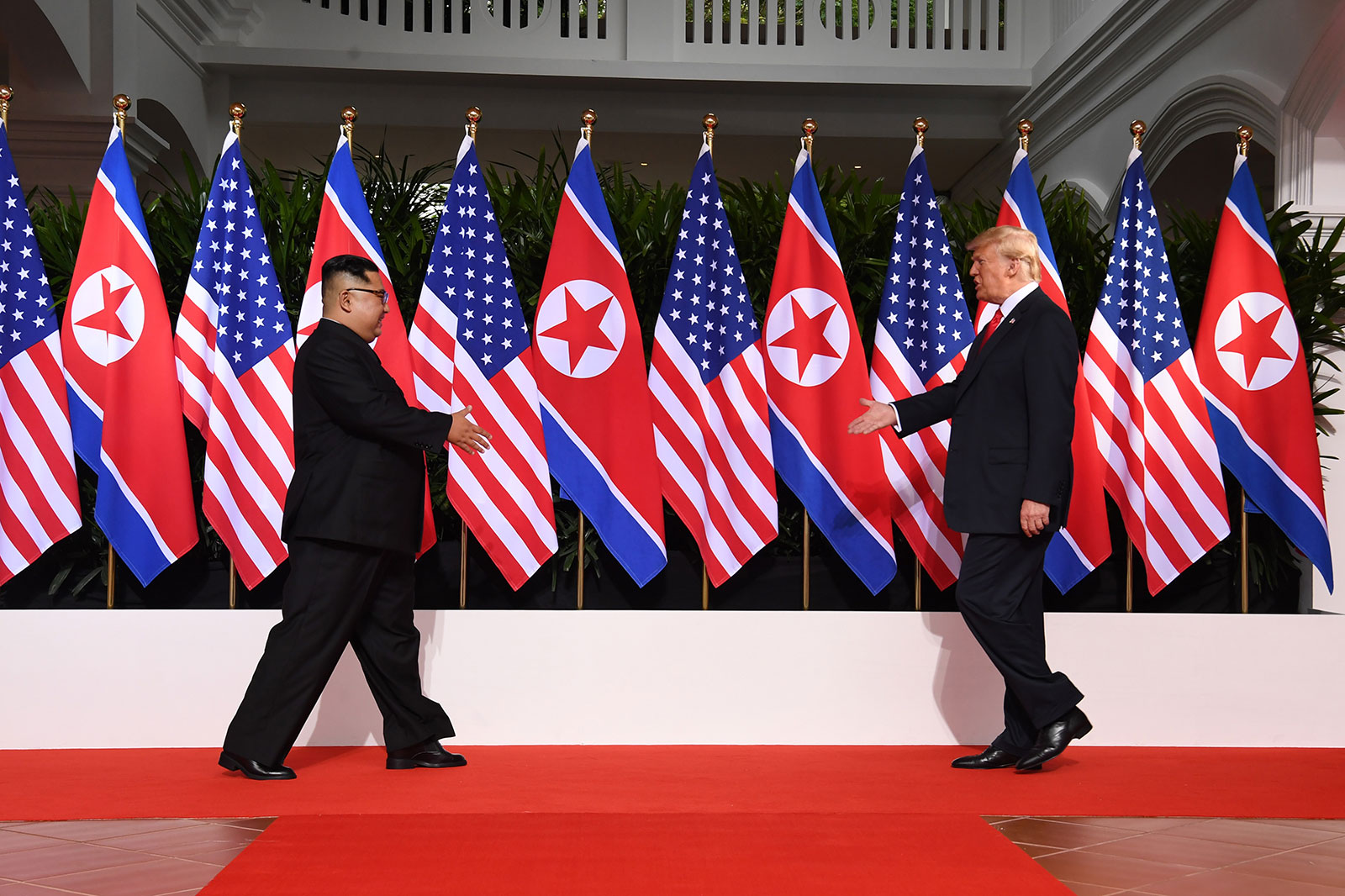 Kim and Trump walk toward each other before the historic handshake. Saul Loeb/AFP/Getty Images 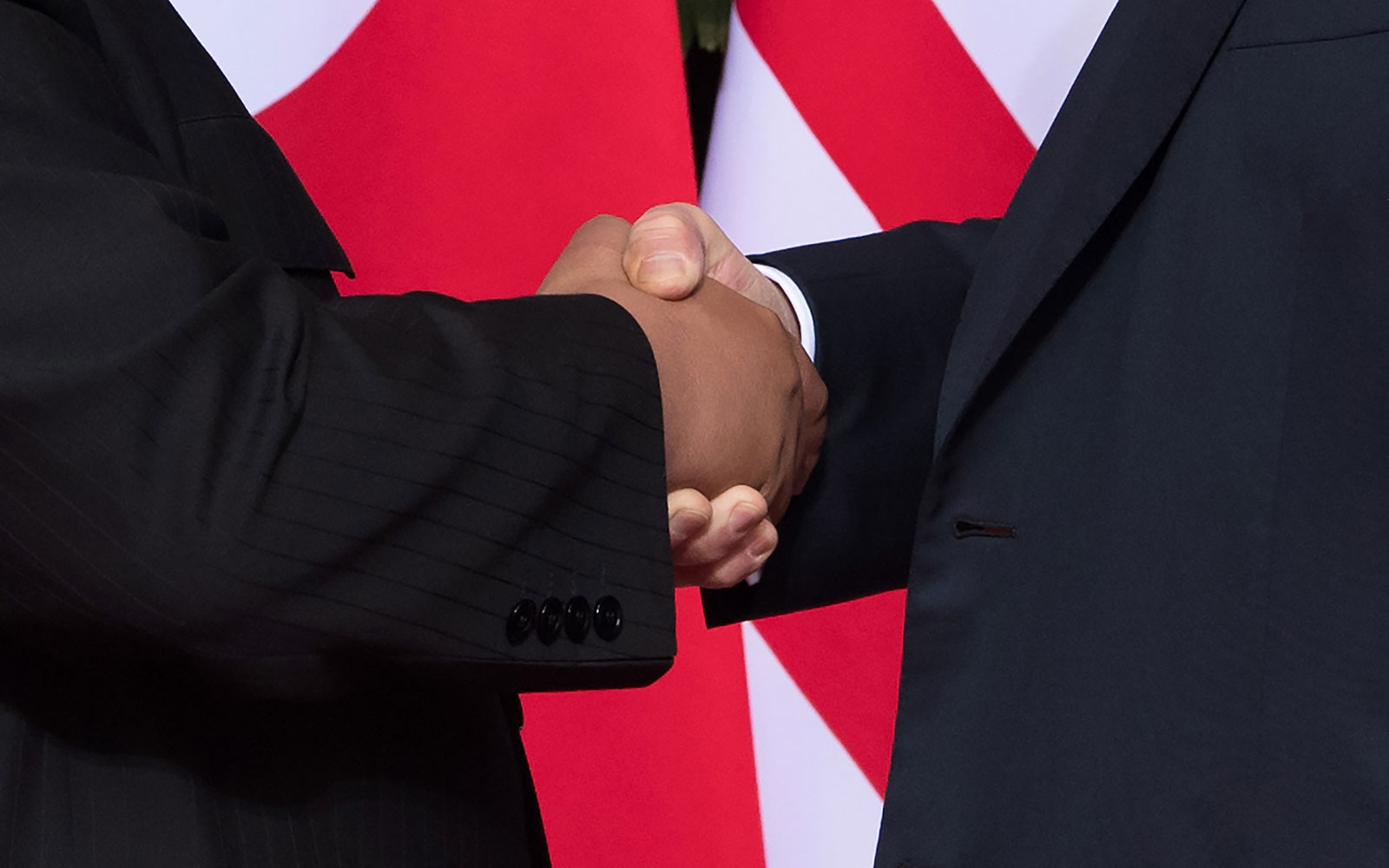 Kim and Trump held their first handshake for a dozen seconds as they exchanged a few words. Saul Loeb/AFP/Getty Images 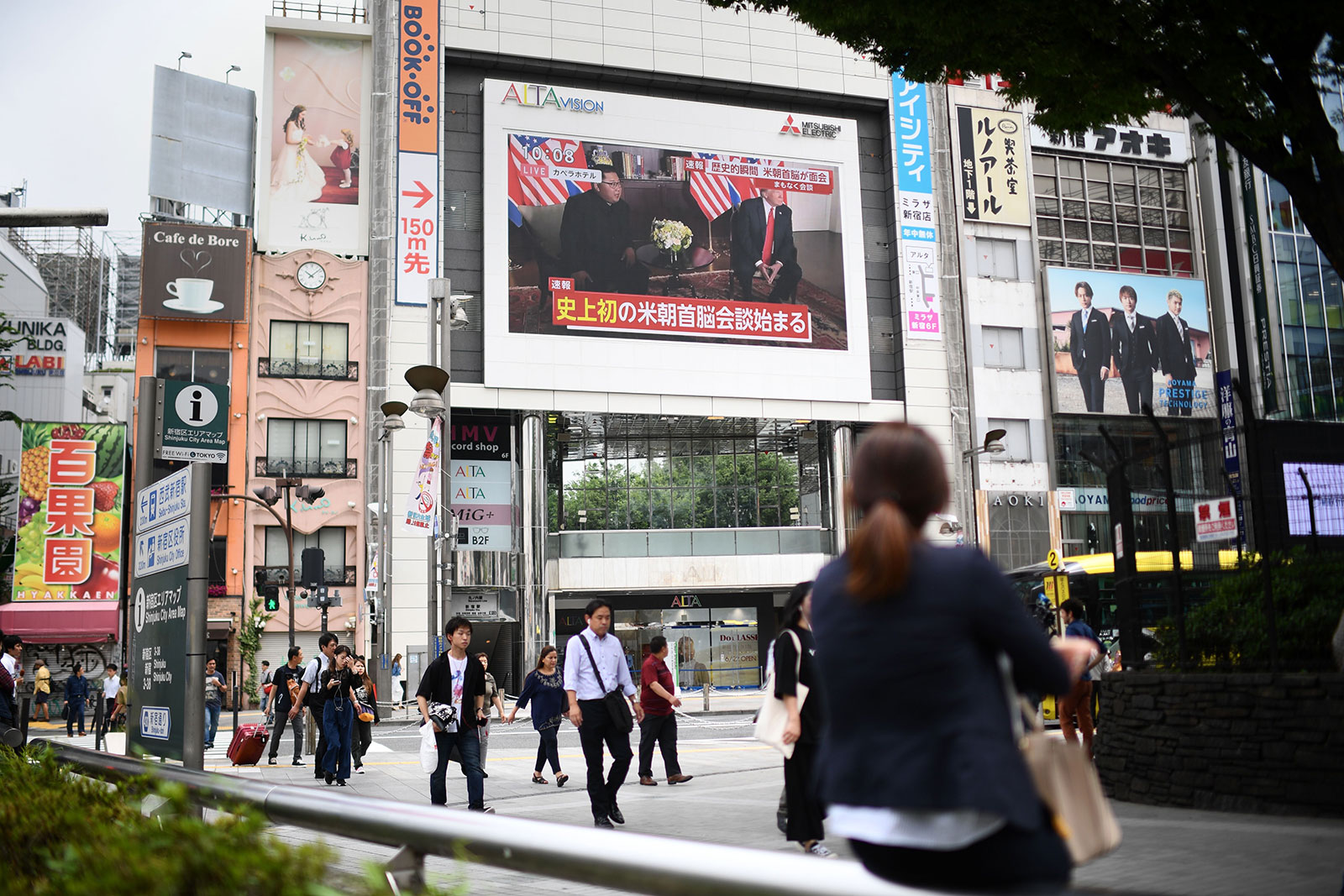 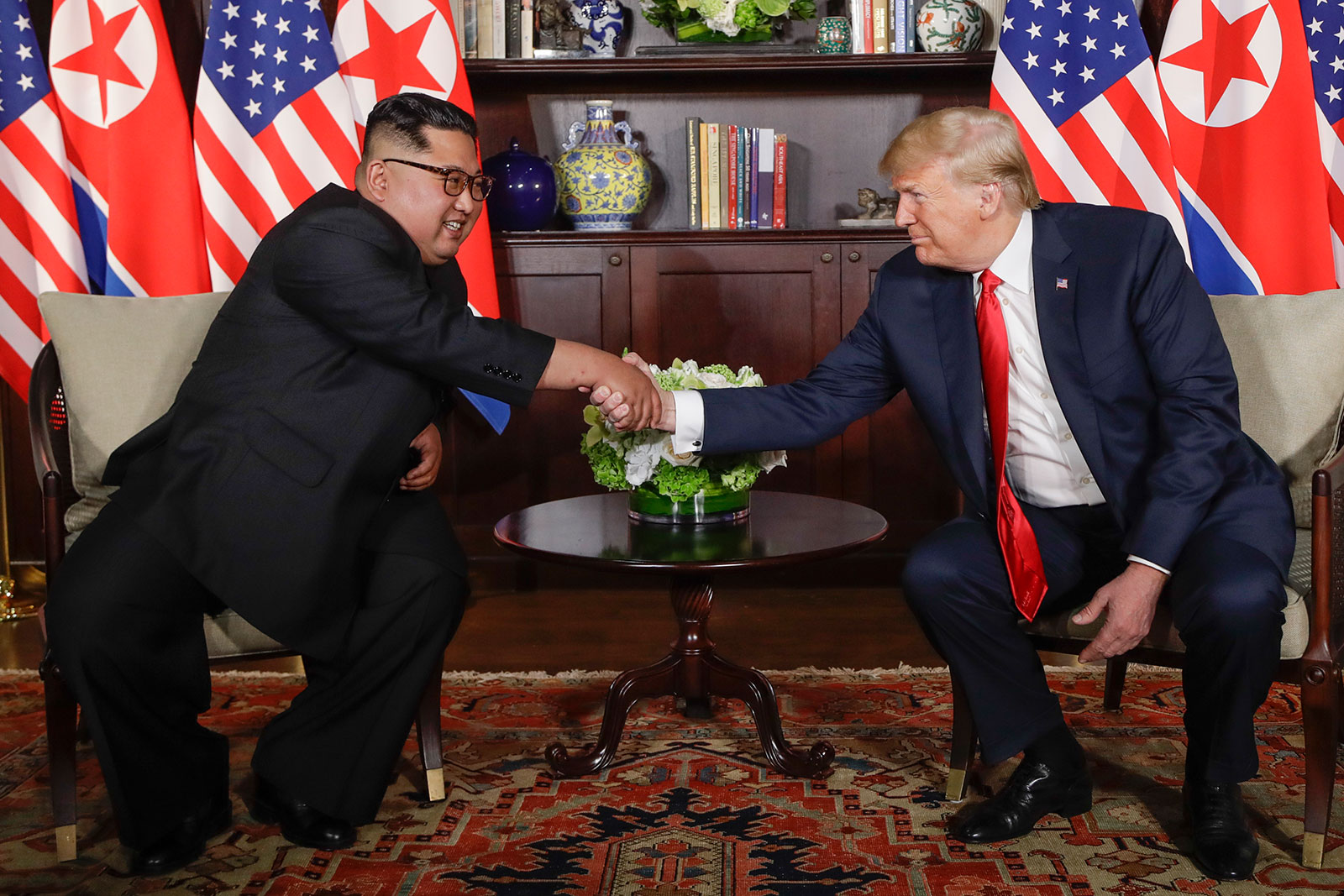 The two leaders shake hands again before their one-on-one meeting. In brief remarks to reporters, Trump expressed hope that the meeting would be “tremendously successful” and said, “We will have a terrific relationship ahead.” Kim told reporters that there were many “obstacles” to the meeting, but "we overcame all of them and we are here today.” Evan Vucci/AP 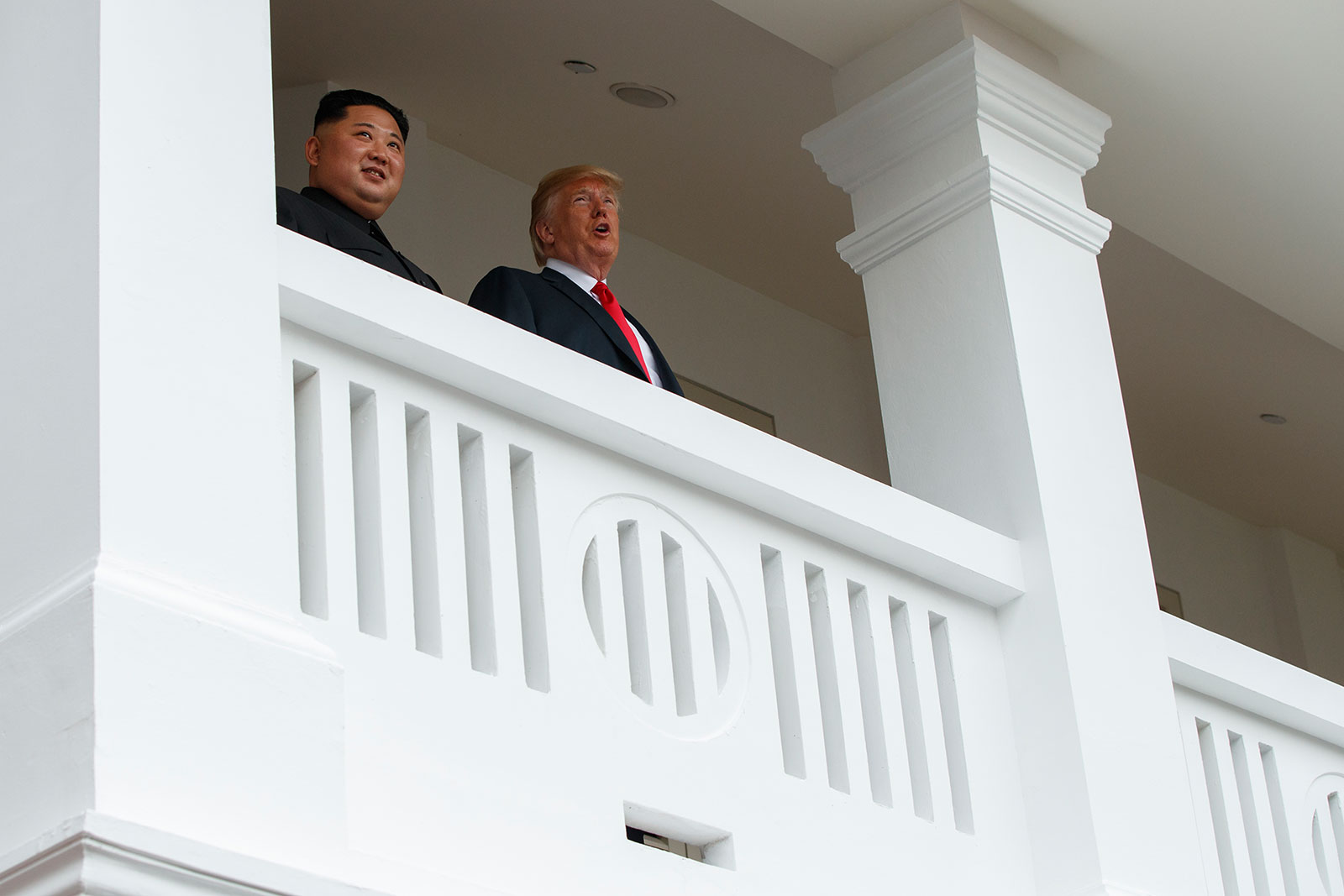 After their one-on-one meeting, Kim and Trump walked together at the Capella Hotel. From a veranda, Trump told waiting reporters that the meeting had been “very, very good.” He also said “excellent relationship.” Evan Vucci/AP 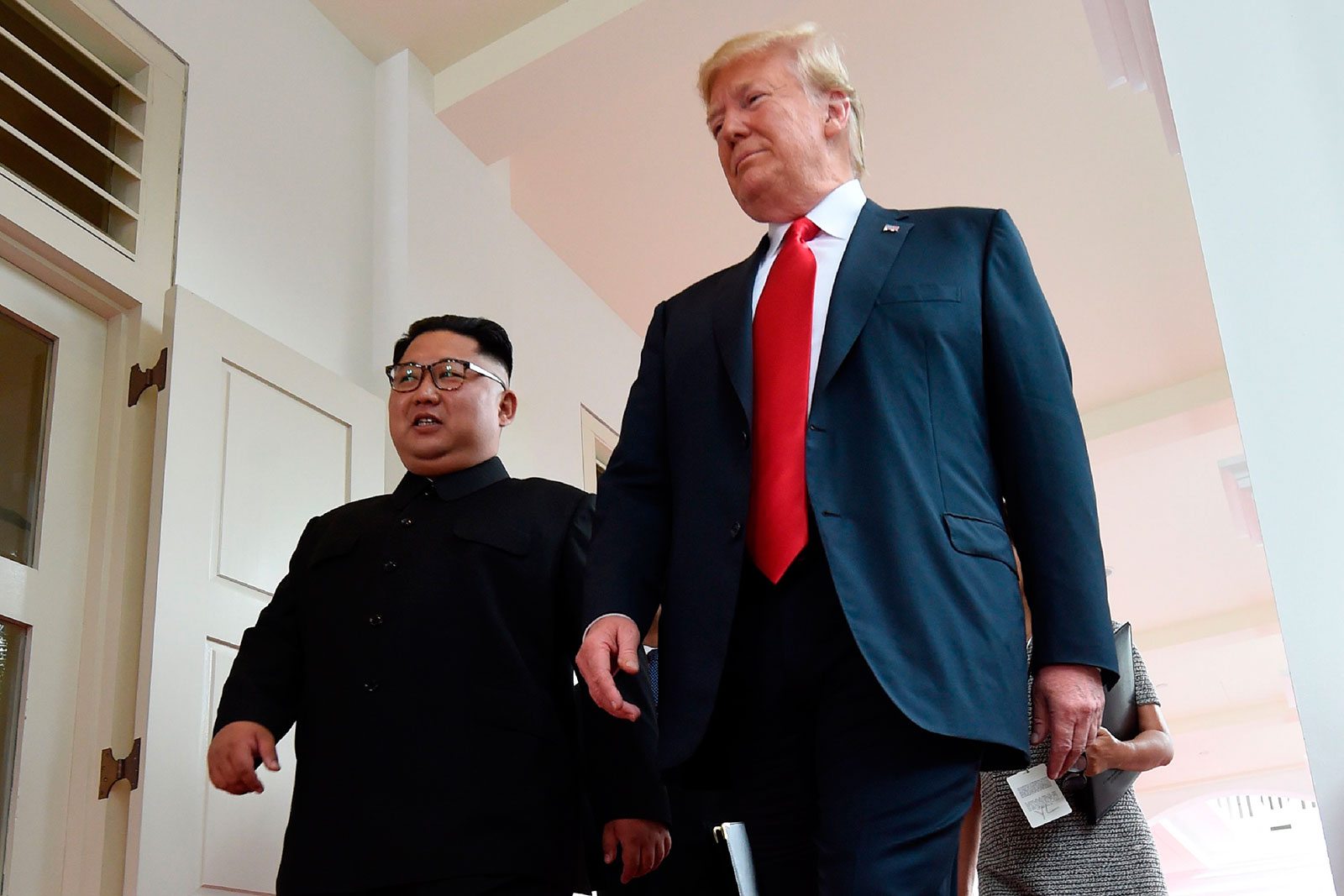 “It has not been easy to come to this point,” Kim said, according to a CNN translation of his remarks. “For us the past has been holding us back, and old practices and prejudices have been covering our eyes and ears, but we have been able to overcome everything to arrive here today.” Saul Loeb/AFP/Getty Images 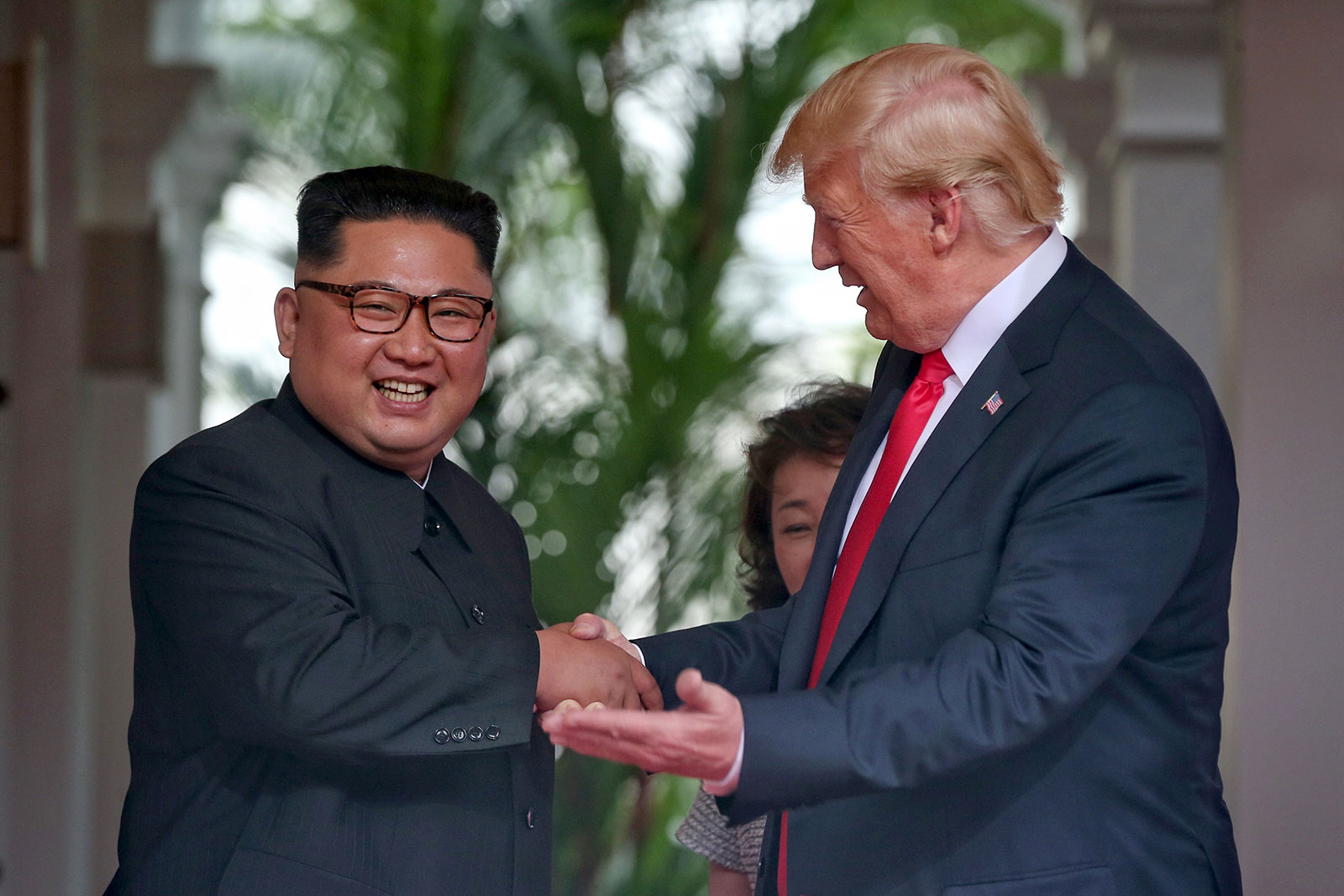 As the two leaders walked together at the hotel, Kim’s translator was overheard saying, “Many people in the world will think of this as a (inaudible) form of fantasy … from a science-fiction movie.” Kevin Lim/The Straits Times/Getty Images 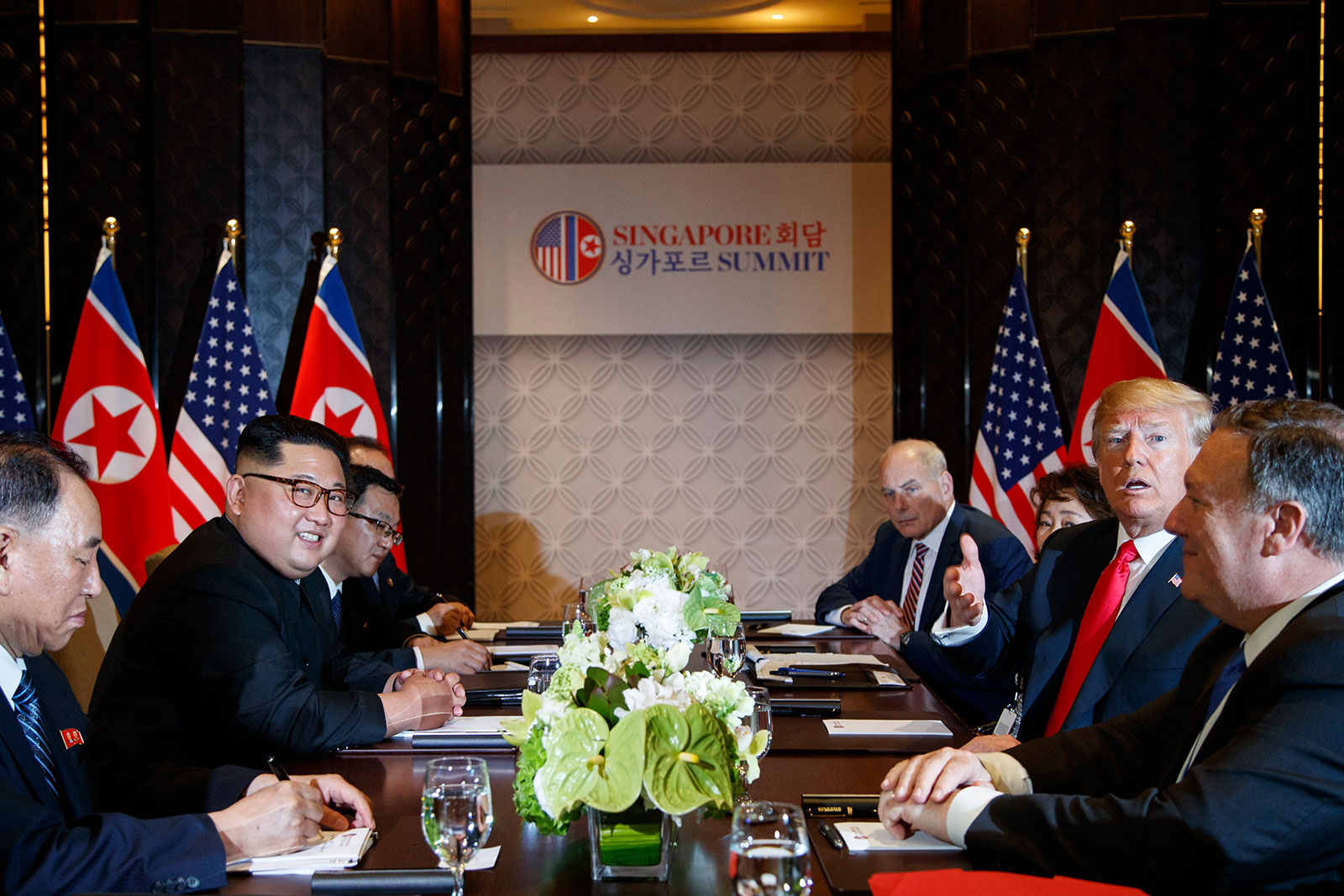 The two leaders are joined by their respective delegations for a private meeting. Saul Loeb/AFP/Getty Images 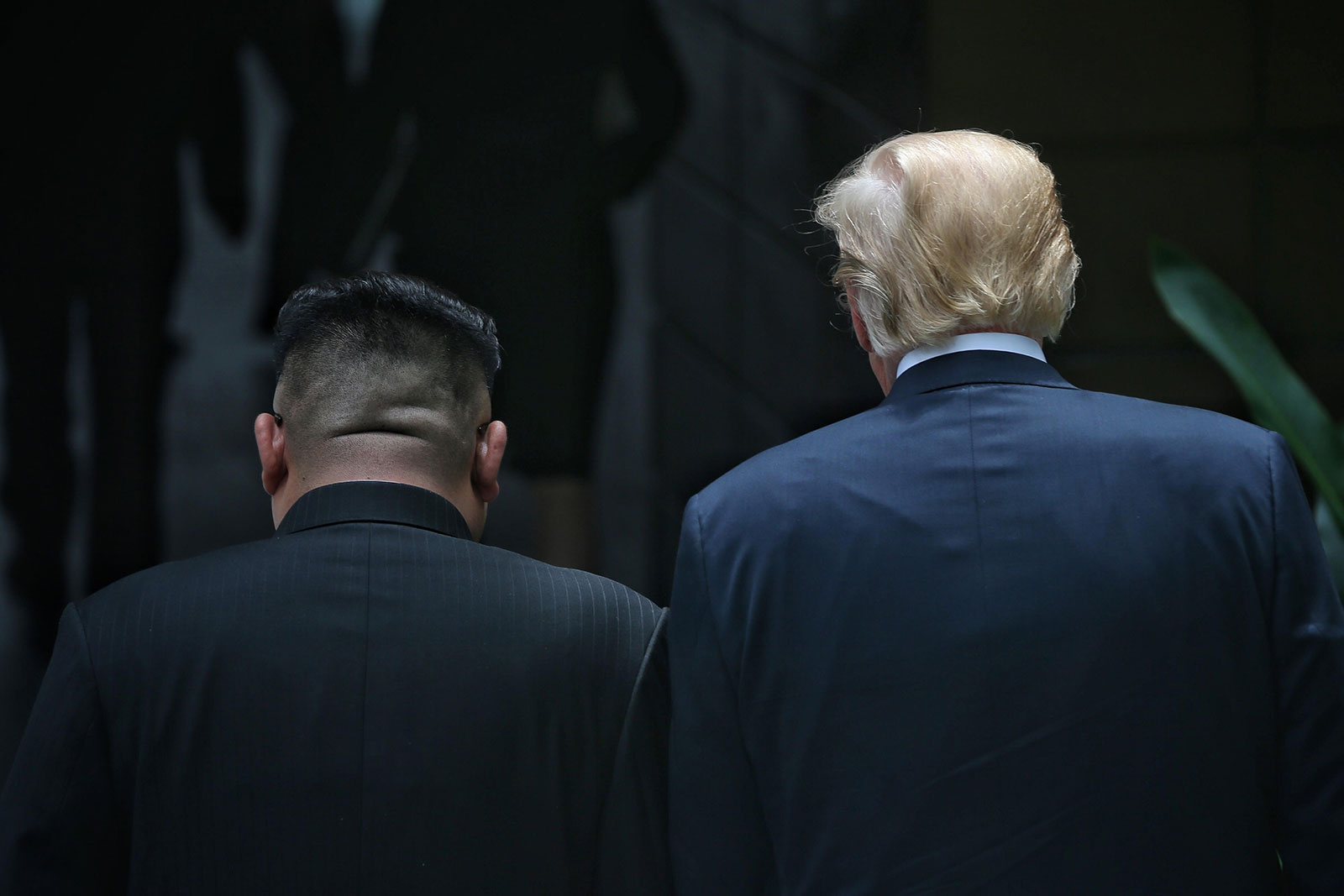 “We learned a lot about each other and our countries,” Trump said. “I learned he’s a very talented man.” Kevin Lim/The Straits Times/Getty Images 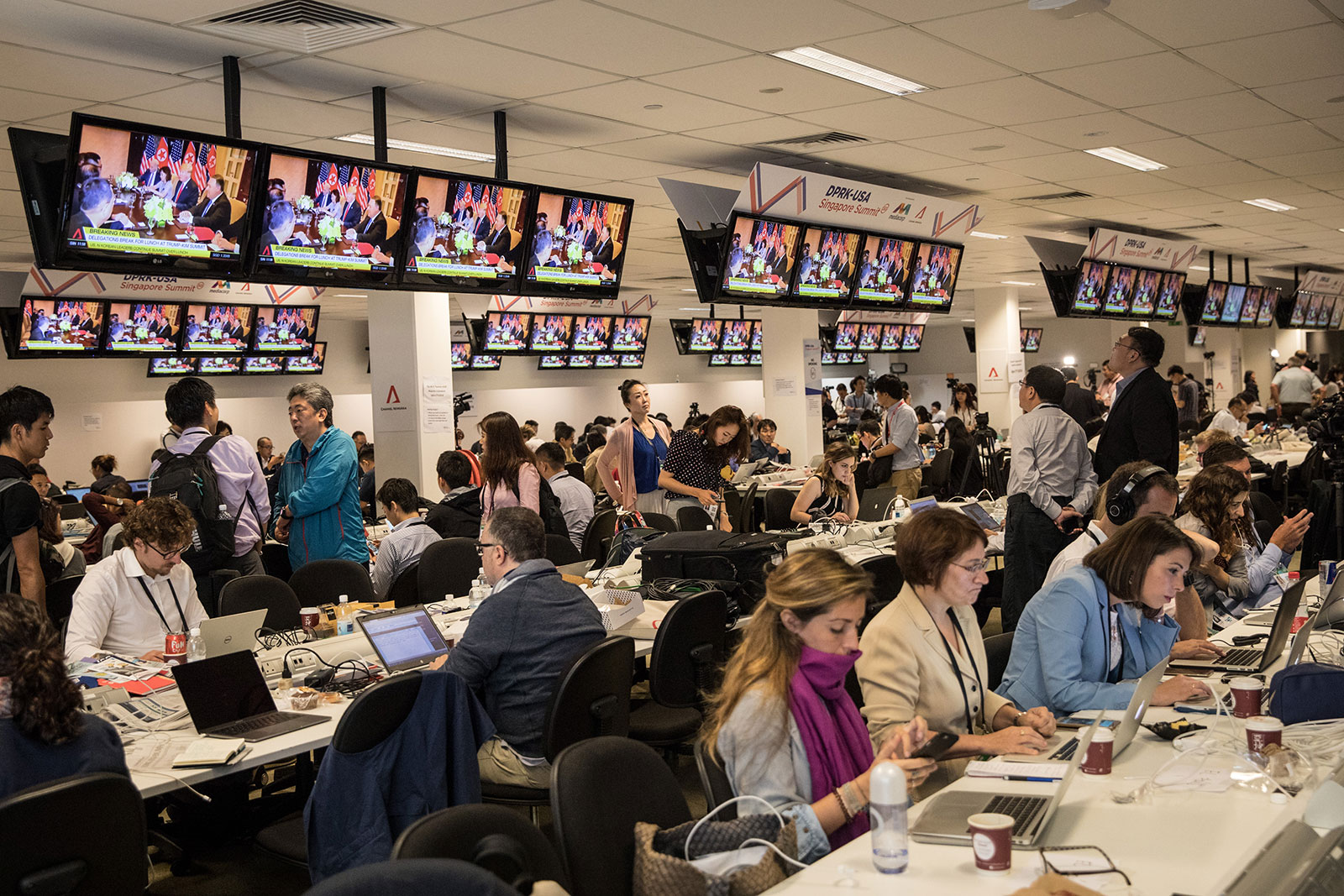 Members of the media work at the international press center in Singapore. Chris McGrath/Getty Images 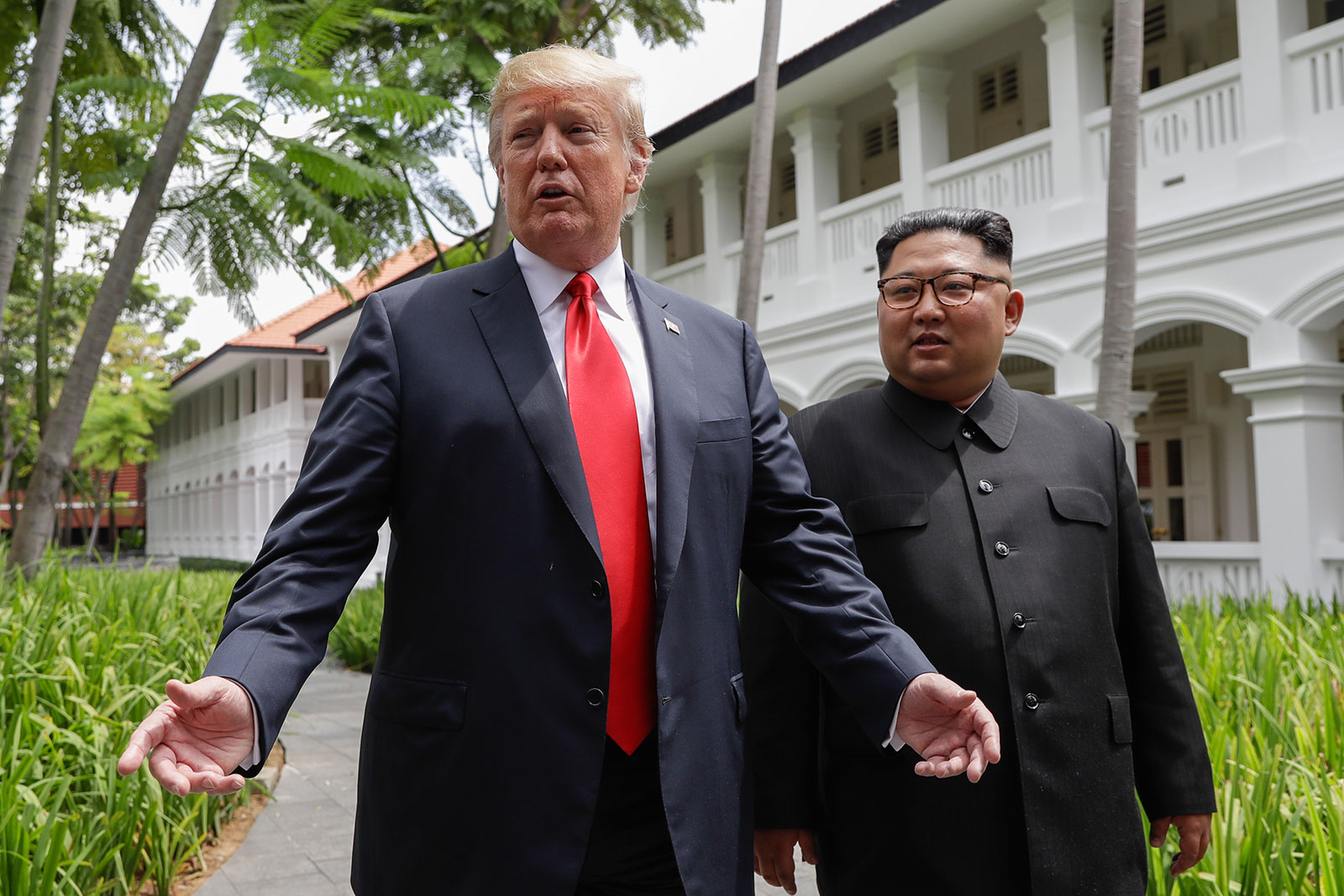 Kim and Trump stop to talk with the media after their working lunch. Trump told reporters that he and Kim were off to a signing. The President also said the talks had gone “better than anybody could have expected.” Evan Vucci/AP 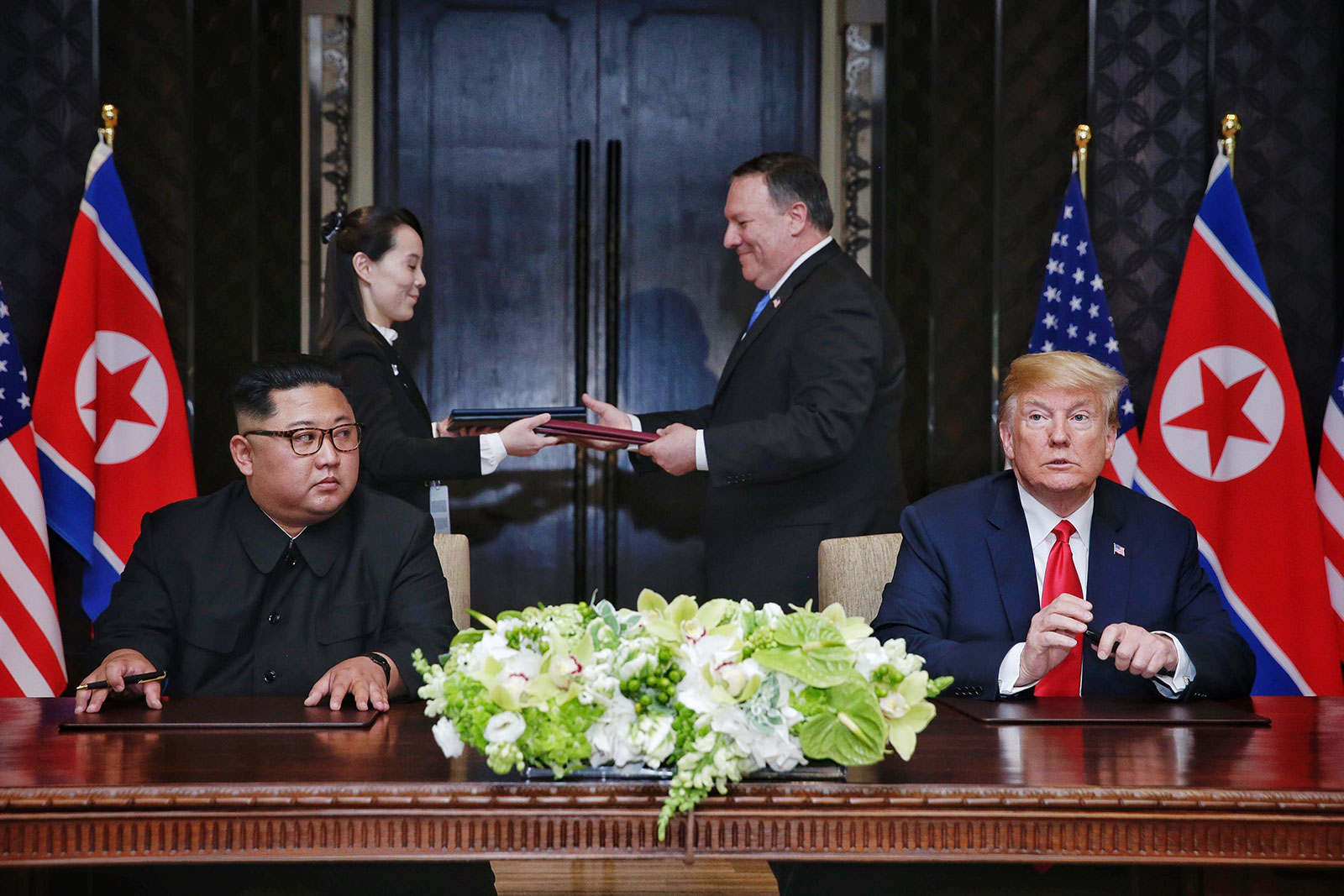 The two leaders prepare to sign a document at at the end of the summit. Joining them are Kim’s sister, Kim Yo Jong, and US Secretary of State Mike Pompeo. Kevin Lim/The Straits Times/Getty Images 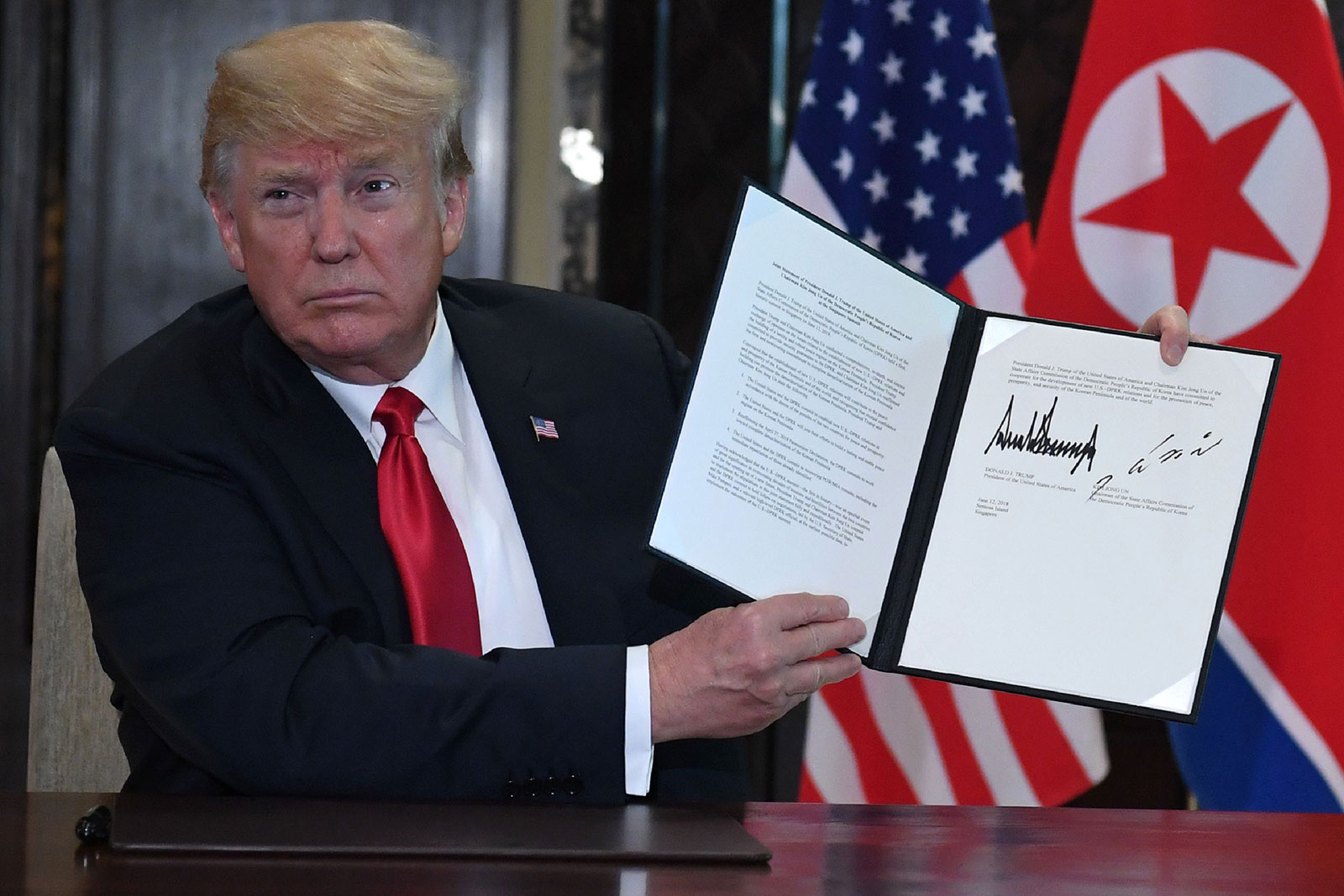 Trump holds up the document they signed. The agreement by Kim to "work toward complete denuclearization of the Korean Peninsula" echoes his language from his summit with South Korean President Moon Jae-in. Saul Loeb/AFP/Getty Images 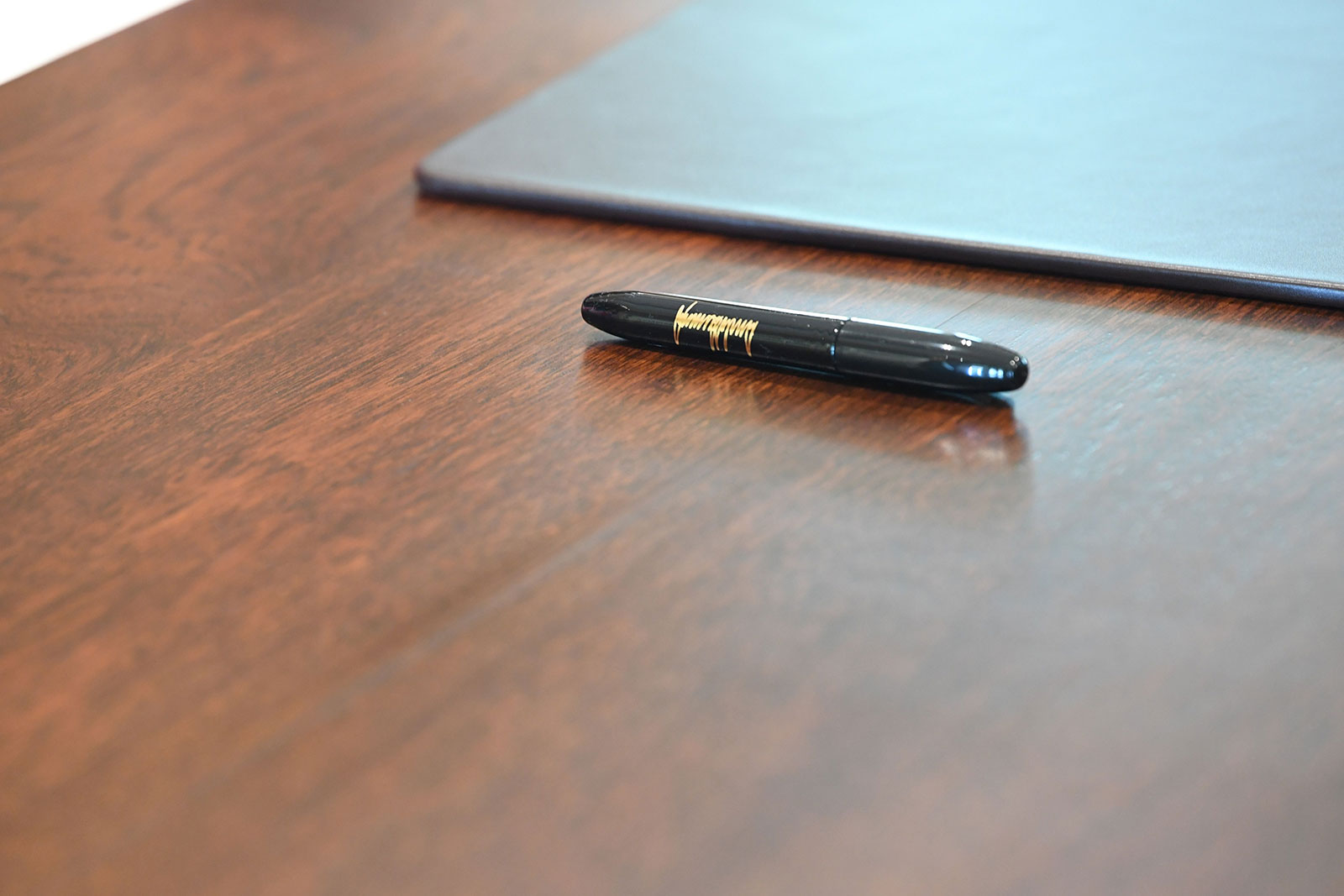 The pen used by Kim during the signing ceremony. Saul Loeb/AFP/Getty Images 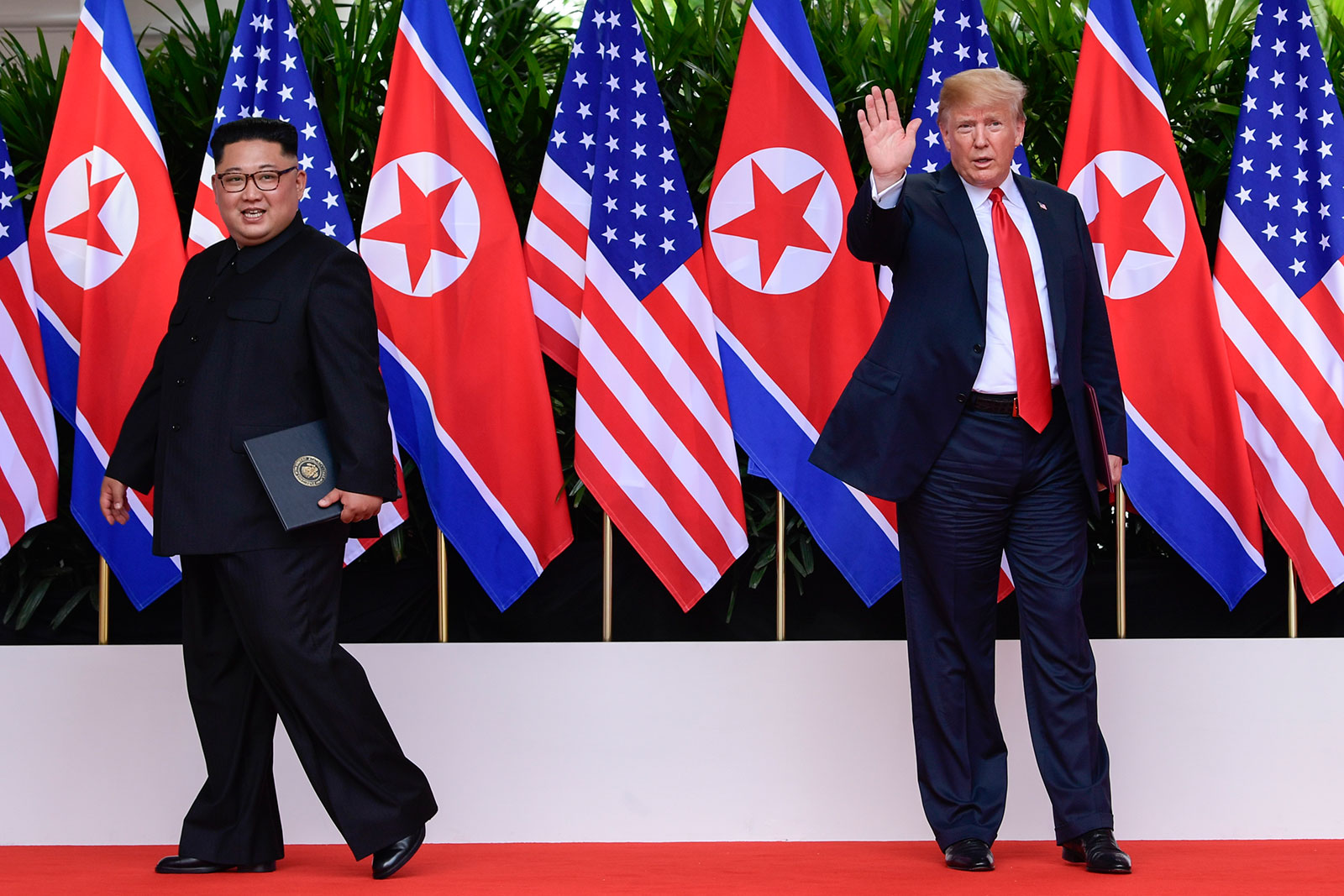 Trump waves at the end of the signing ceremony. Moments after the two leaders signed the document, Trump said, “It’s been an honor to be with you.” When asked by reporters if he would invite Kim to the White House, Trump said, “Absolutely, I will.” Susan Walsh/Pool/AFP/Getty Images 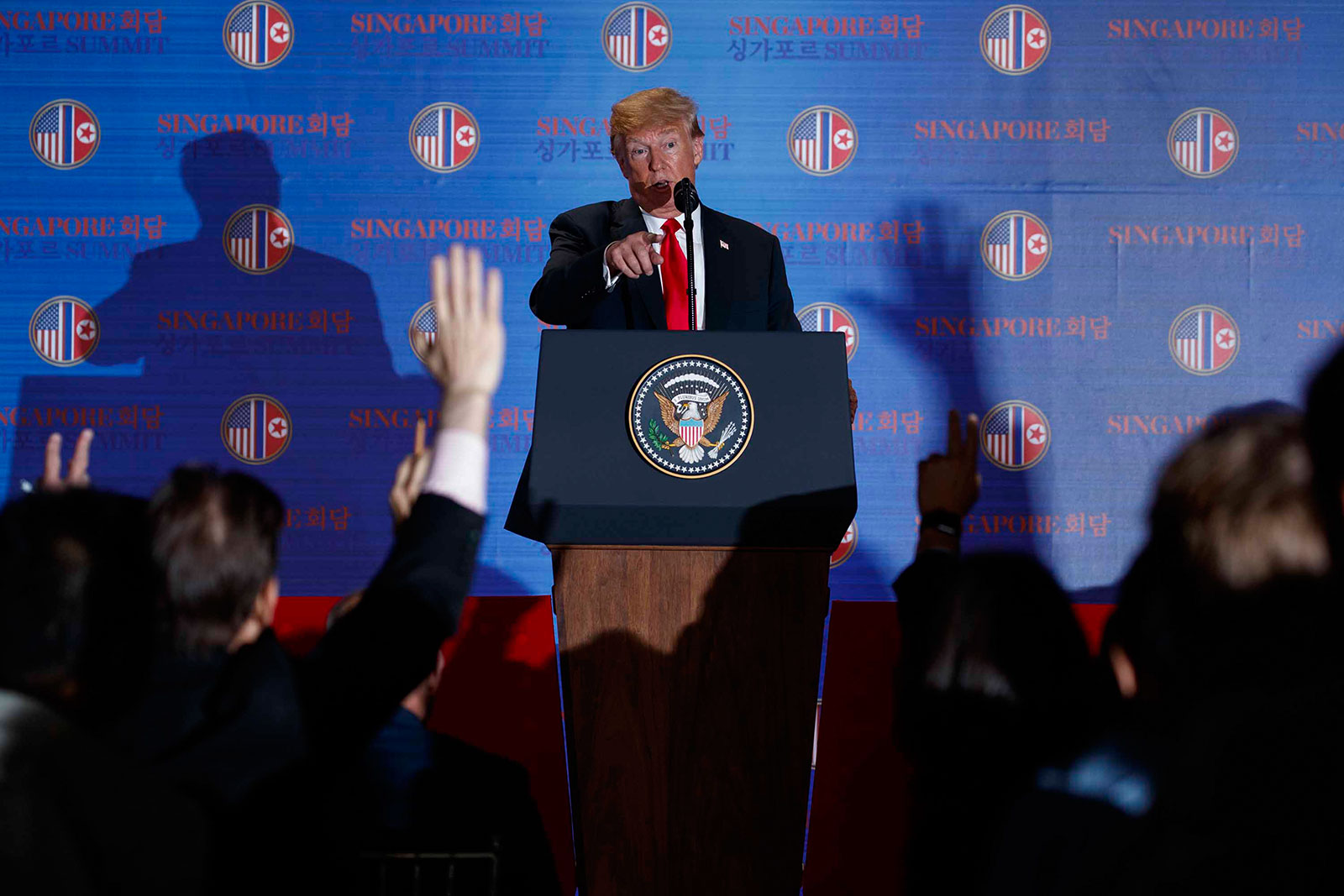 Trump takes questions at a news conference after the summit. Trump told reporters he would push for North Korea to denuclearize as “fast as it can mechanically,” but he acknowledged it could take a long time. Evan Vucci/AP 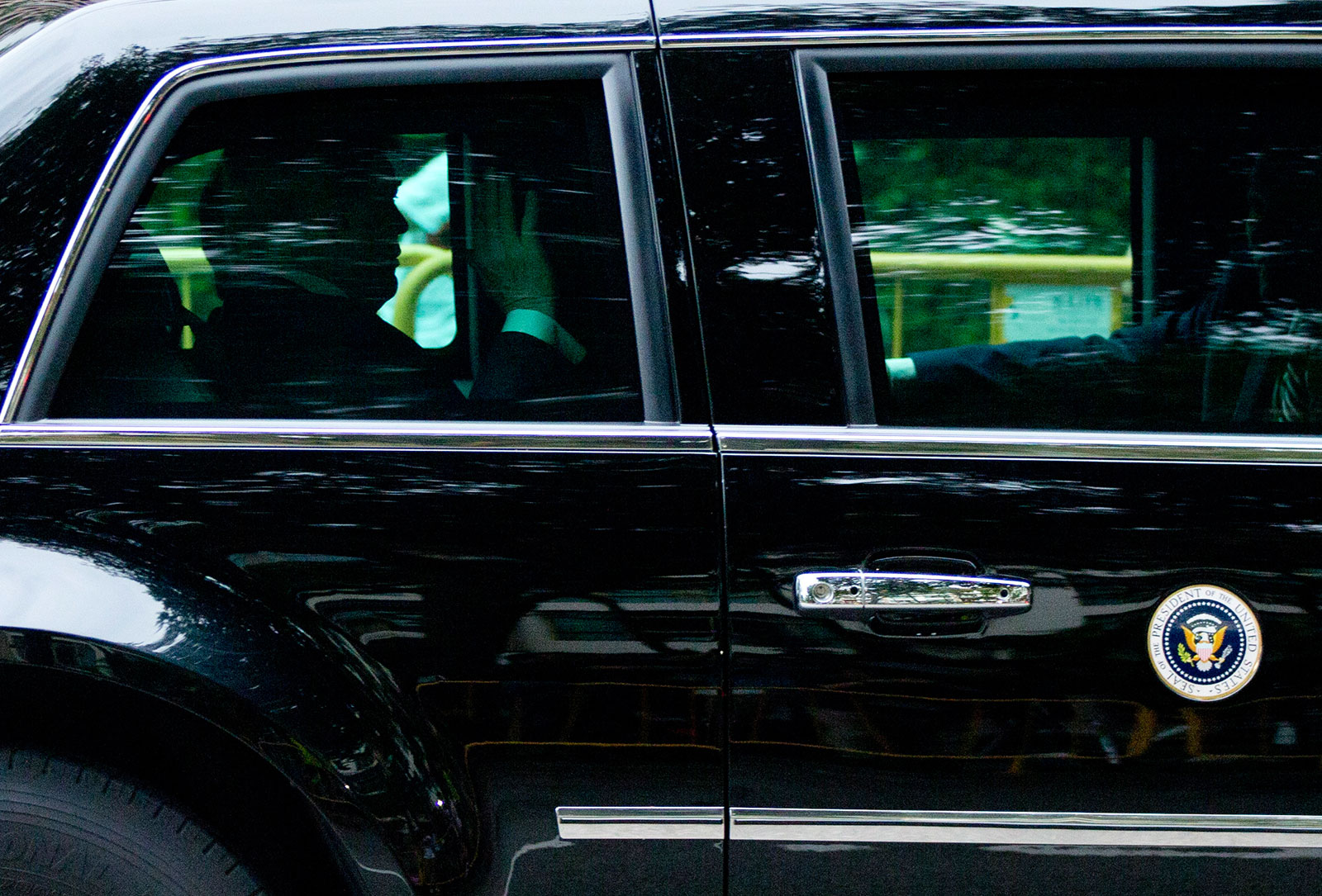 Trump waves as his motorcade leaves for the summit early on Tuesday. Gemunu Amarasinghe/AP 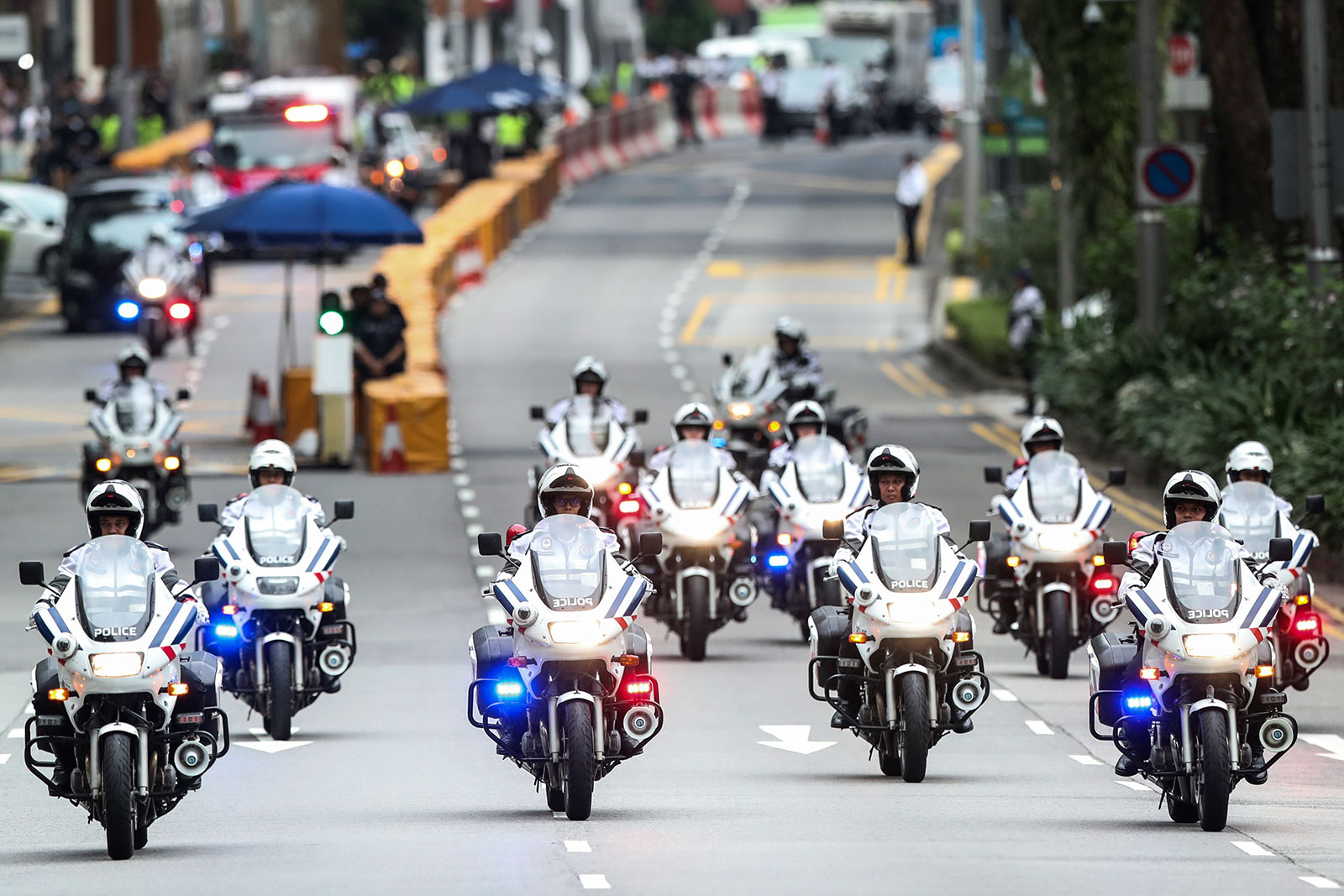 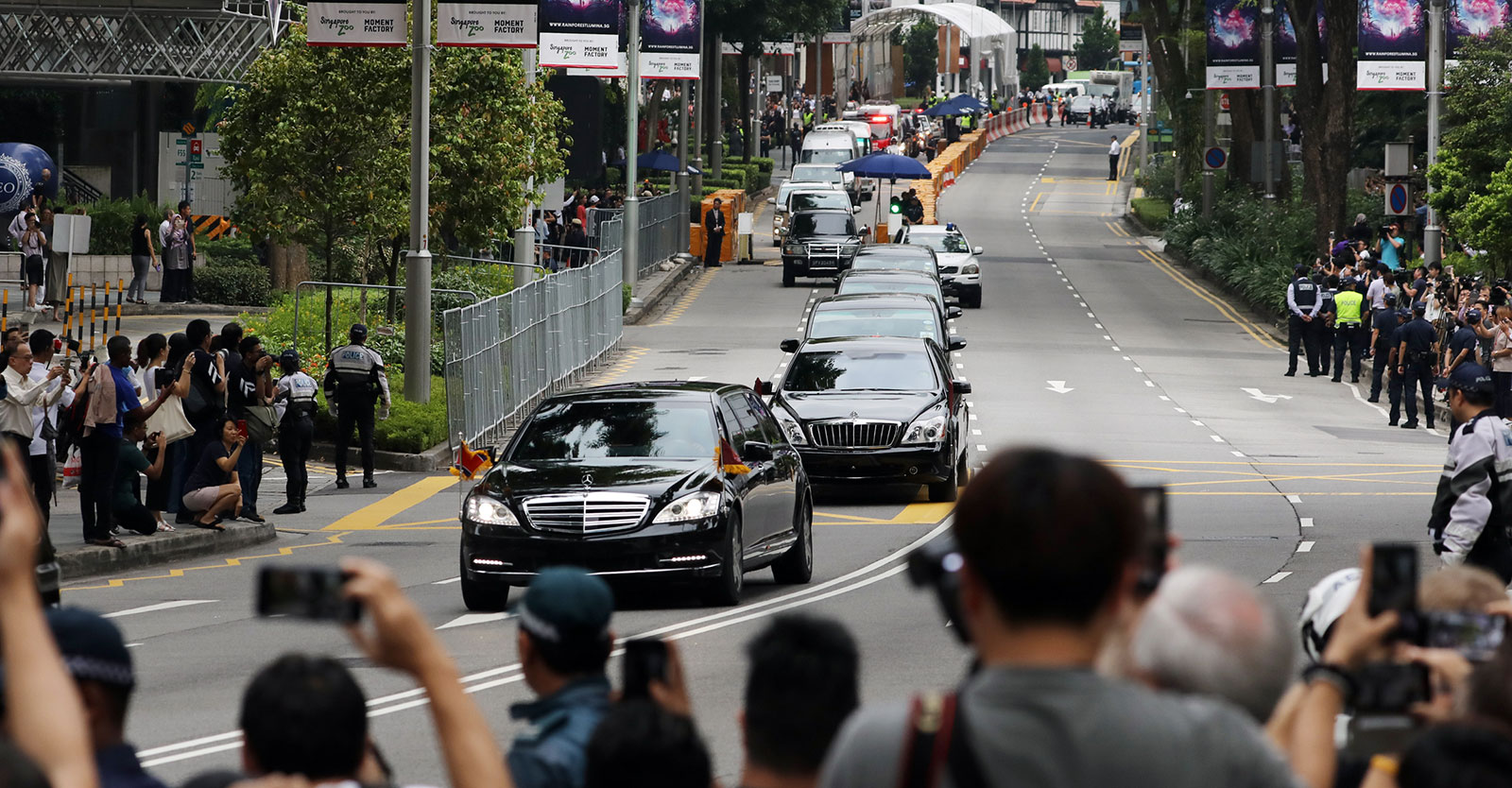 People line the streets as Kim’s motorcade travels to the summit. Yonhap/EPA-EFE