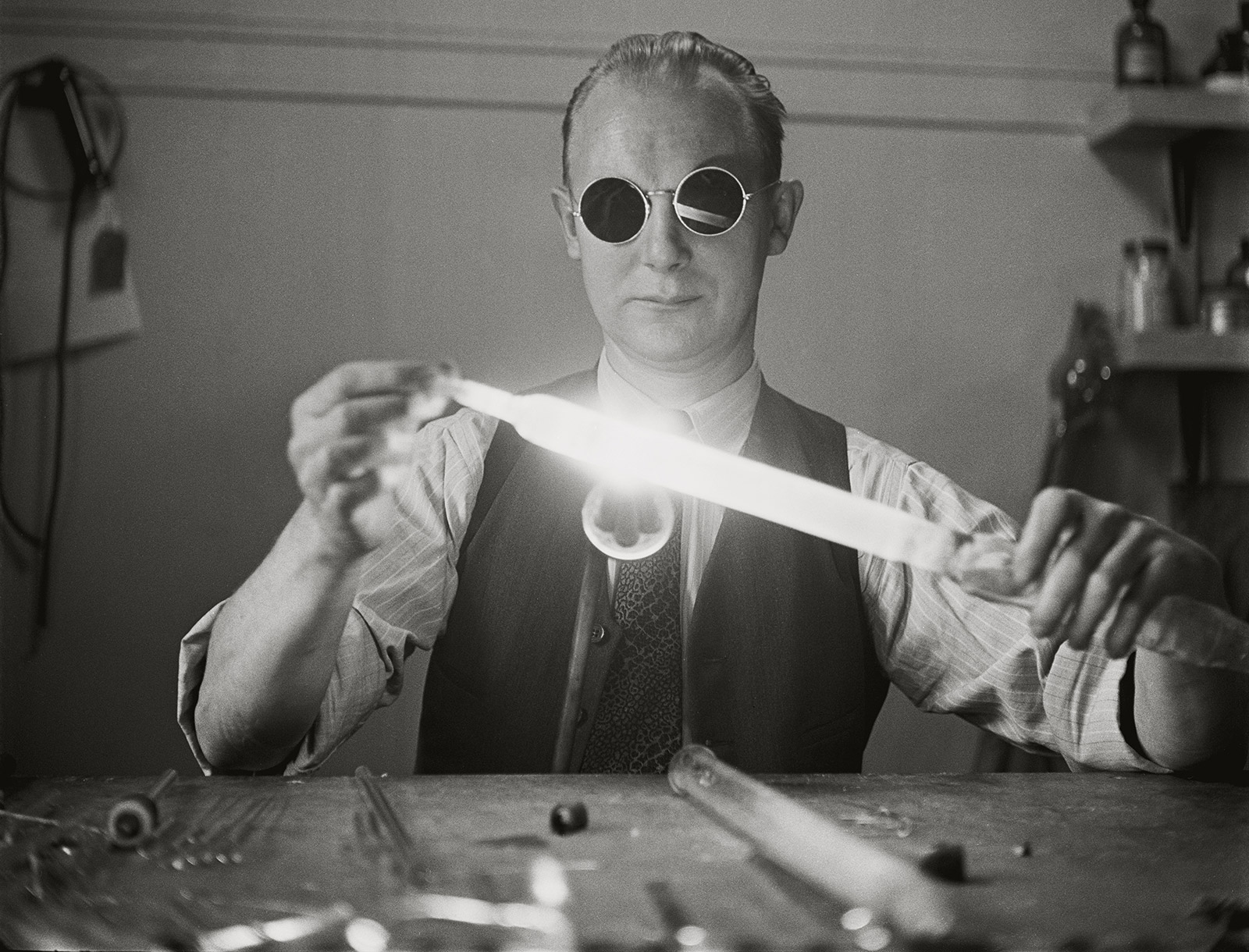 The first glimpse of Kubrick’s genius

Before directing iconic films such as “The Shining” and “2001: A Space Odyssey,” Stanley Kubrick was a staff photographer for Look magazine, shooting feature stories all over his hometown of New York City.

He was just 17 years old when he started in 1945, and he spent the next five years working on stories that focused on New Yorkers and their daily lives.

Looking back at Kubrick’s early photos, one can get a glimpse of what he would he eventually become. 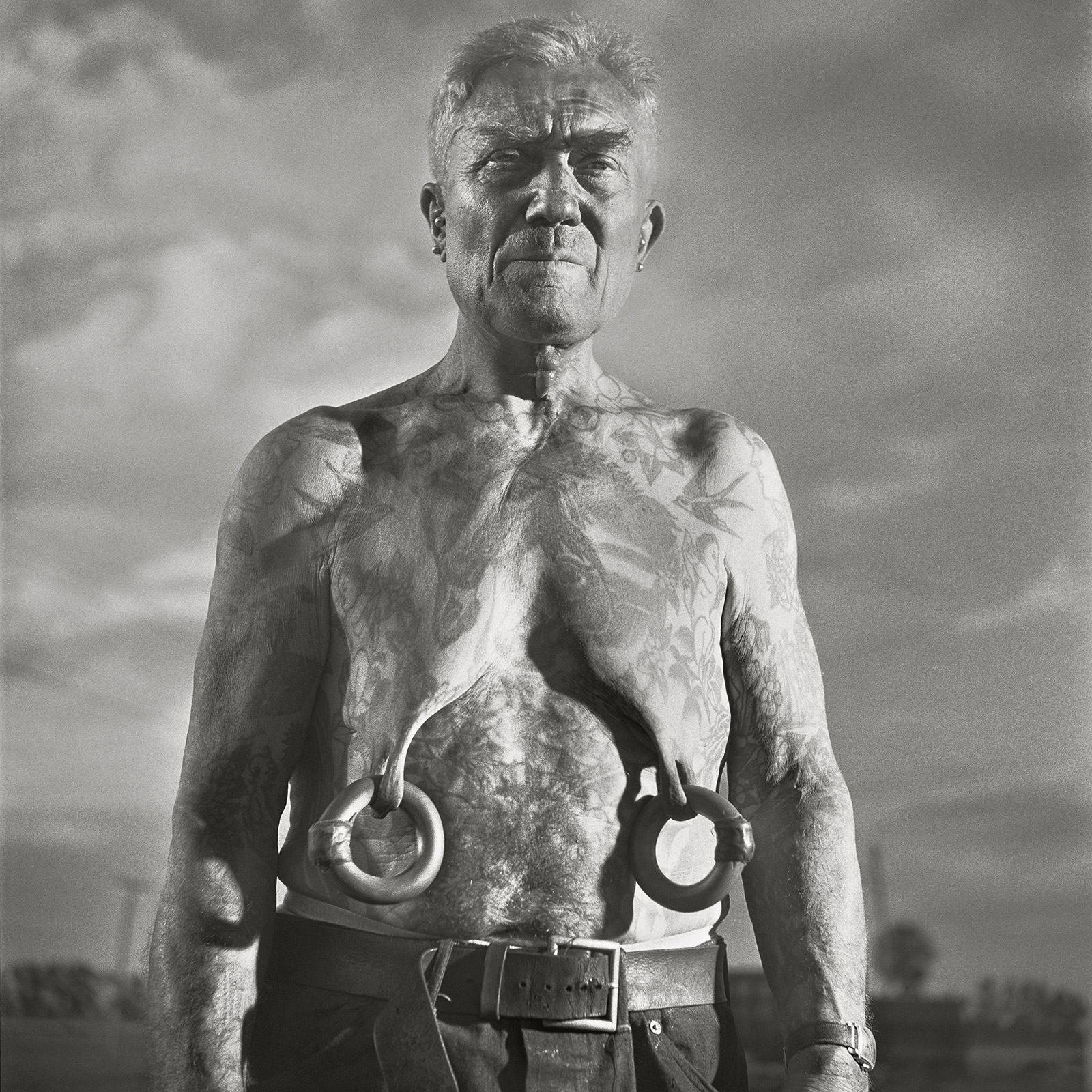 This portrait of a circus performer was taken by Kubrick in 1948. 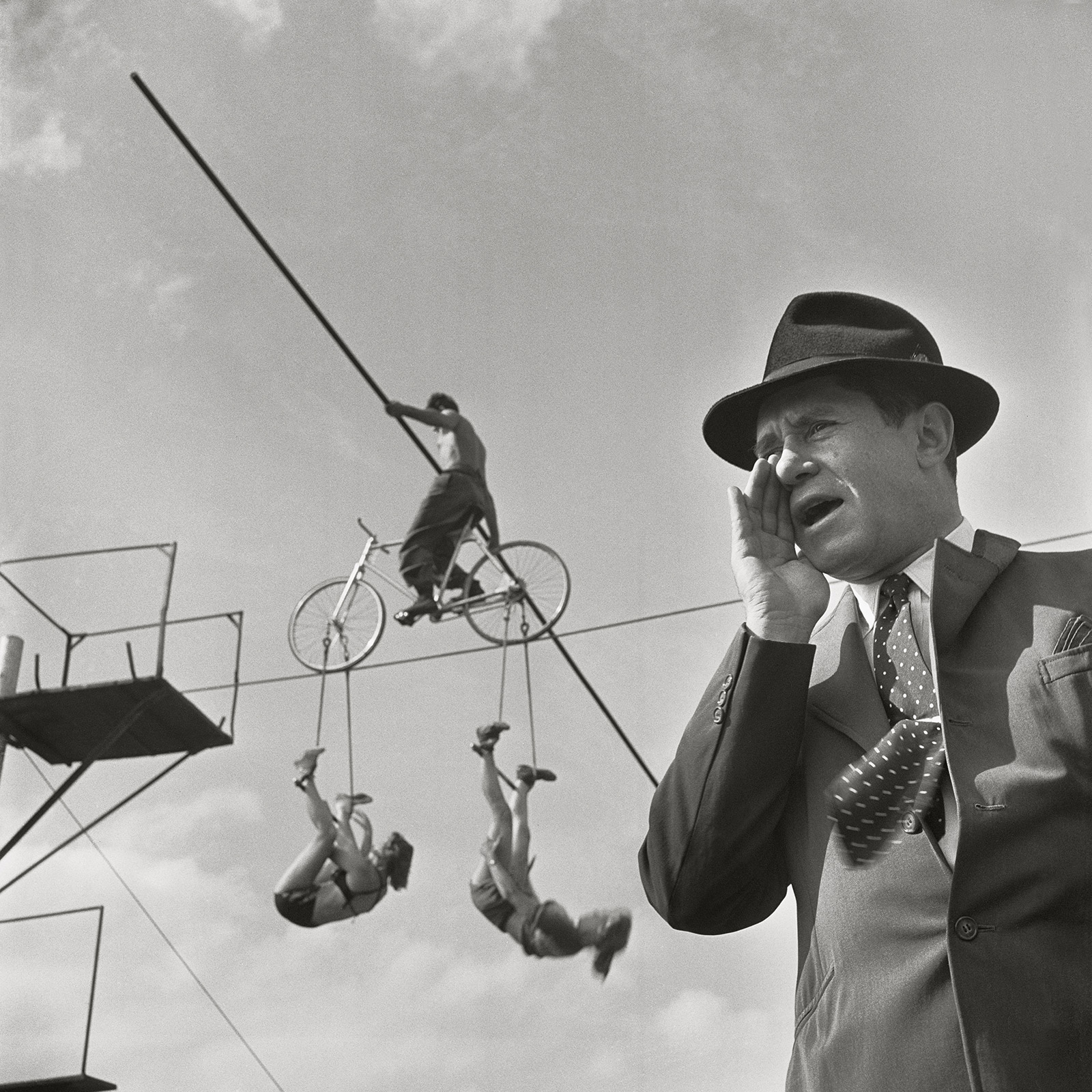 Whether he was profiling scientific research at Columbia University, spending a day with the circus or just observing young lovers on the subway, his style stands out.

“There's quite a lot of drama there, there's a kind of film-noir quality to a lot of the pictures,” said Reuel Golden, who co-edited the recently published book “Through a Different Lens: Stanley Kubrick Photographs.” “There's also a sense where Kubrick is very much in the scene but you don't see him. That’s something that is very paramount for a film director. That you sense his presence but you don't actually see him.” 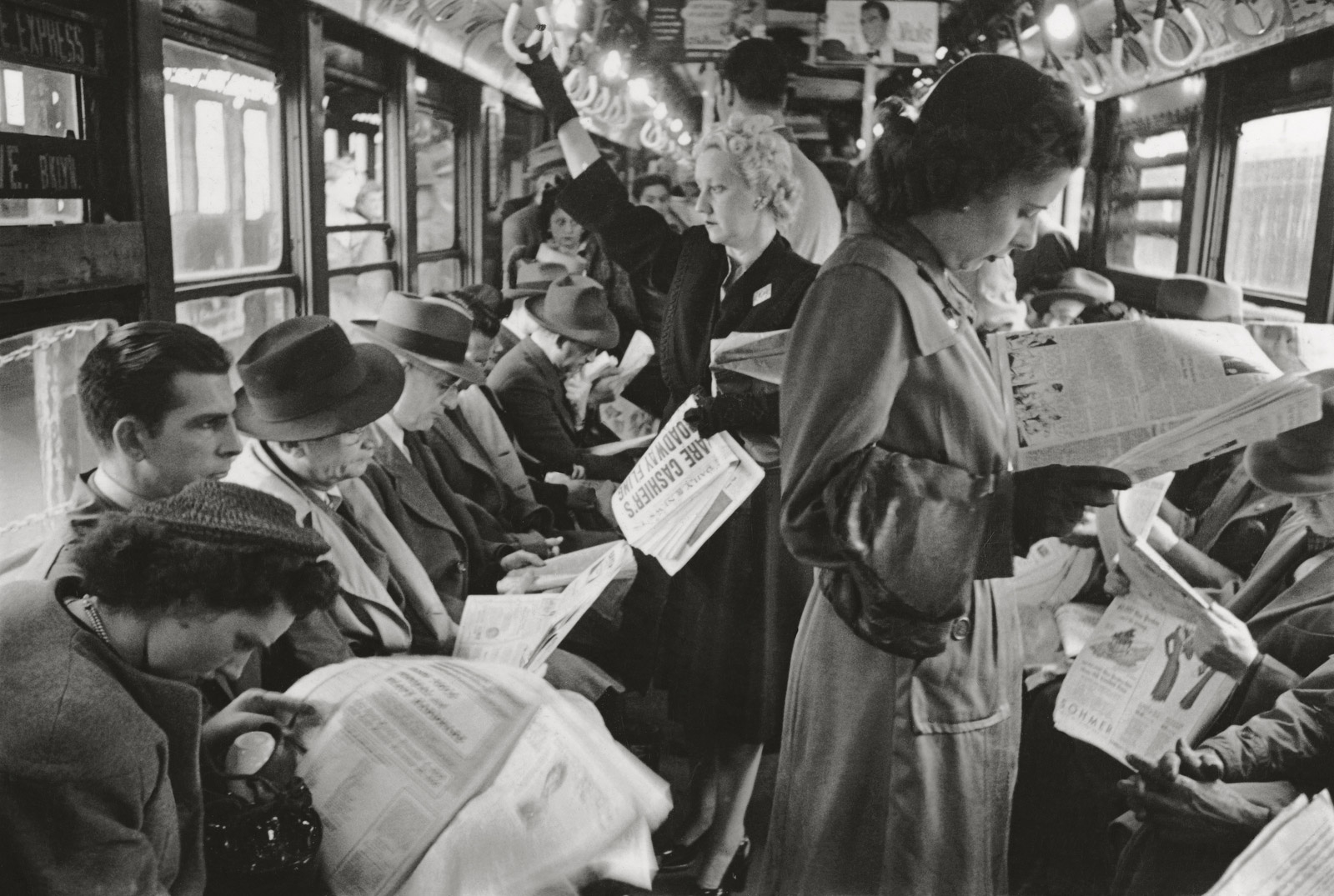 New Yorkers ride the subway in 1947. “New York’s subway trains are a reading room on wheels, a lover’s lane and, after 11 p.m., a flophouse,” Kubrick wrote in his photo essay for Look.

“Through a Different Lens” is also an exhibit taking place right now at the Museum of the City of New York. It highlights 120 of Kubrick’s photos from his time at Look.

“We're talking about the golden age of magazines and of photojournalism, when there was a huge demand for photo-led magazines, whether it was Life, whether it was National Geographic,” Golden said. “Look magazine, in a way, had a slightly looser brief than Life magazine. It was a photography-led publication, but the brief was less about world events, less about the consequences of war. It was more a humanistic look at what was going on, a kind of slice of life.” 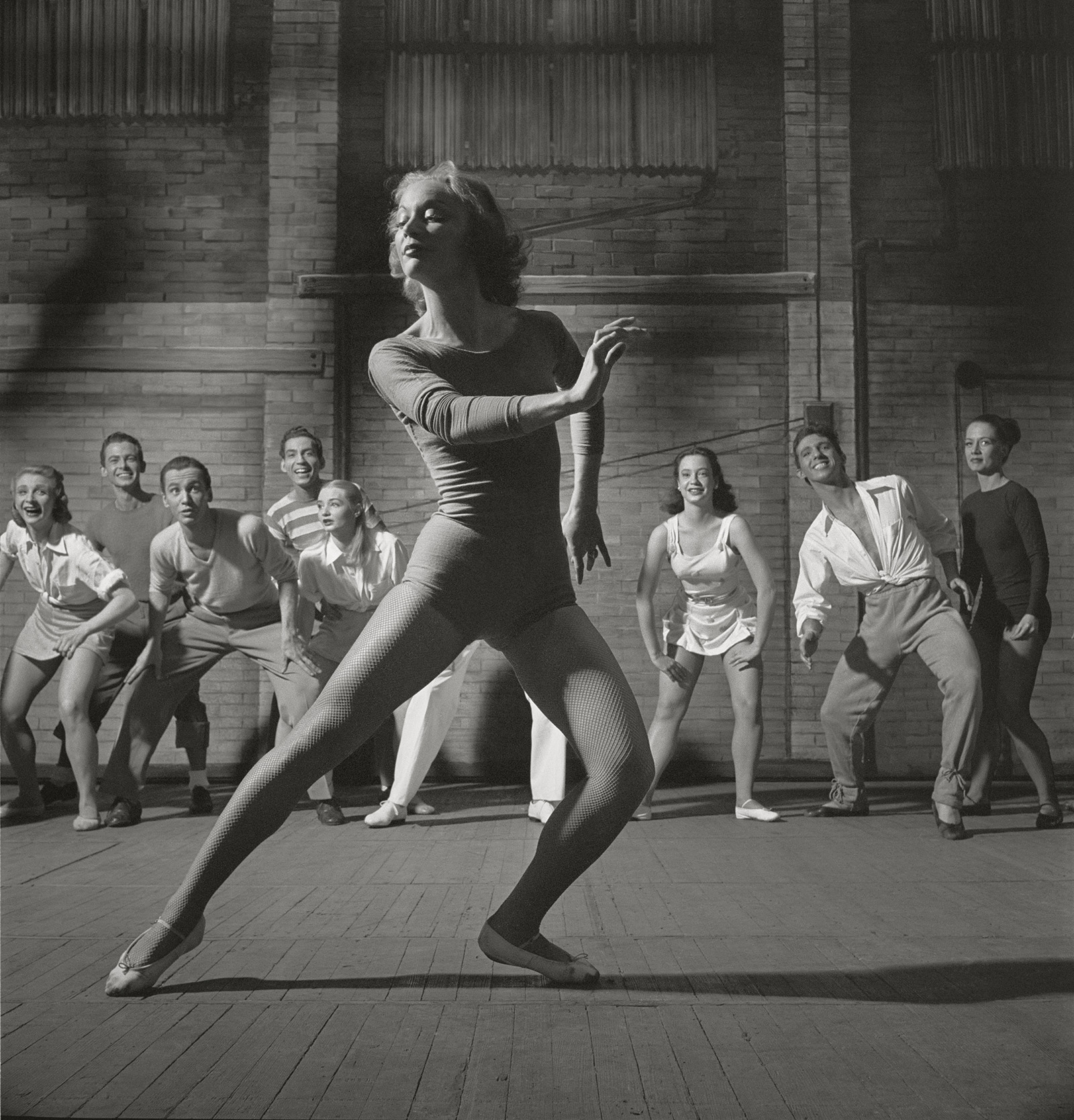 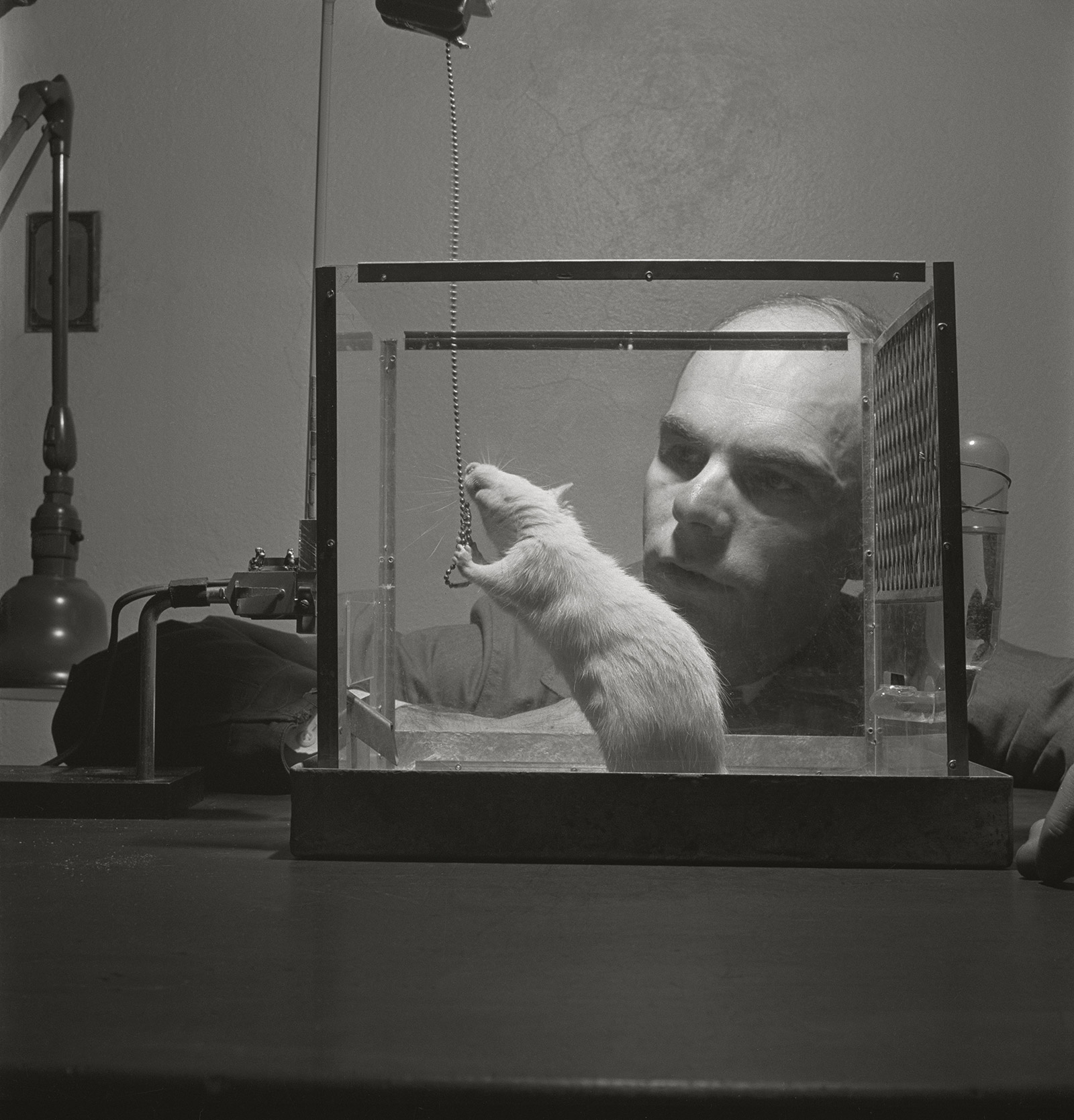 A psychology lecturer teaches a rat to pull a chain for food during research at Columbia University.

Look’s final issue was published in 1971, and its vast photo archives were donated to the museum.

The archives include more than 12,000 of Kubrick’s contact sheets and negatives, and many of his photos — in the book and the exhibit — were previously unpublished.

“The pictures tell a story about post-war New York, and he captured that kind of energy, the diversity of the city,” Golden said. “I think New York at that time was, you know, the unofficial capital of the world. It really exploded in the post-war years, and I think that comes across in the stories, the photos.” 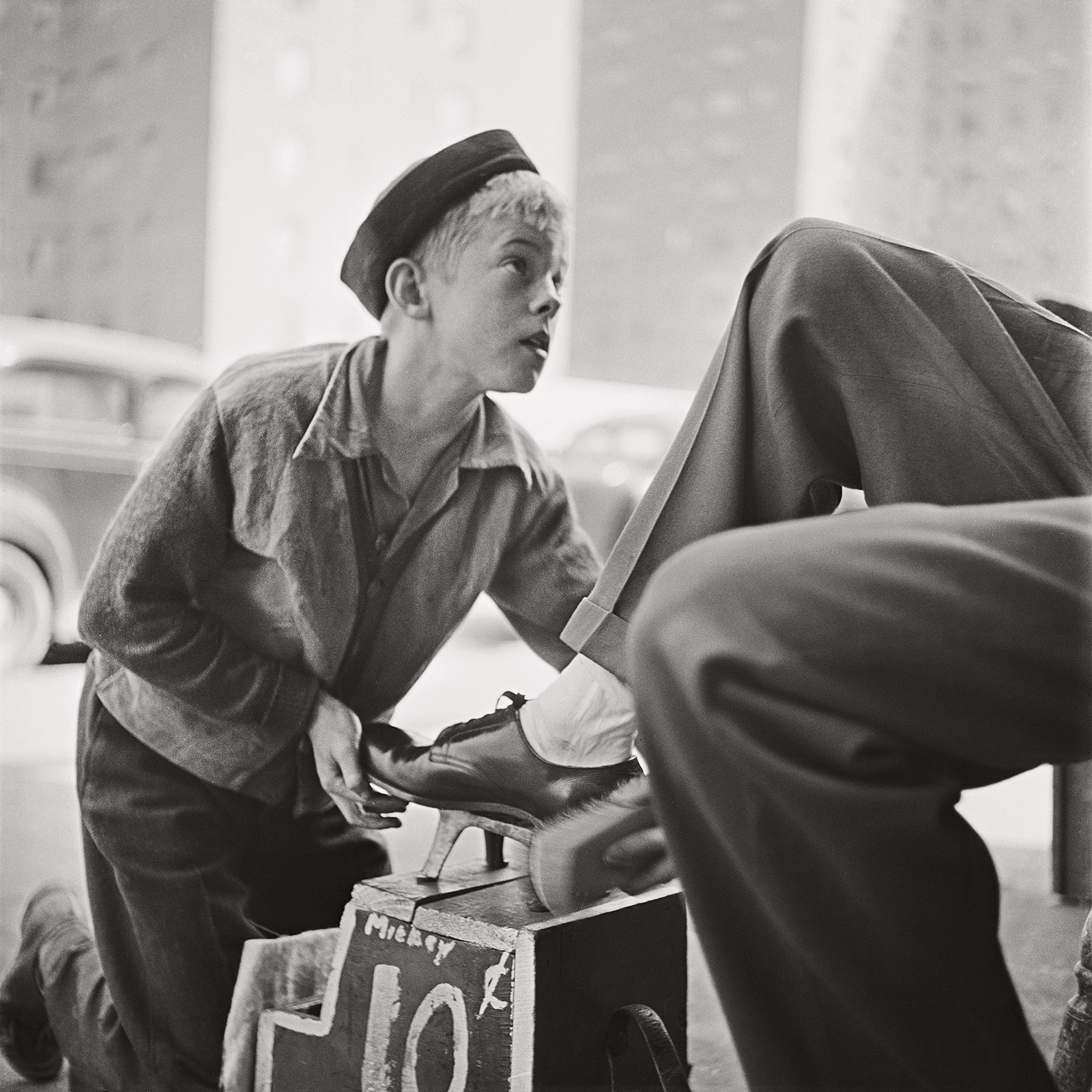 This previously unpublished photo shows Mickey, a shoeshine boy Kubrick spent a day with in 1947. 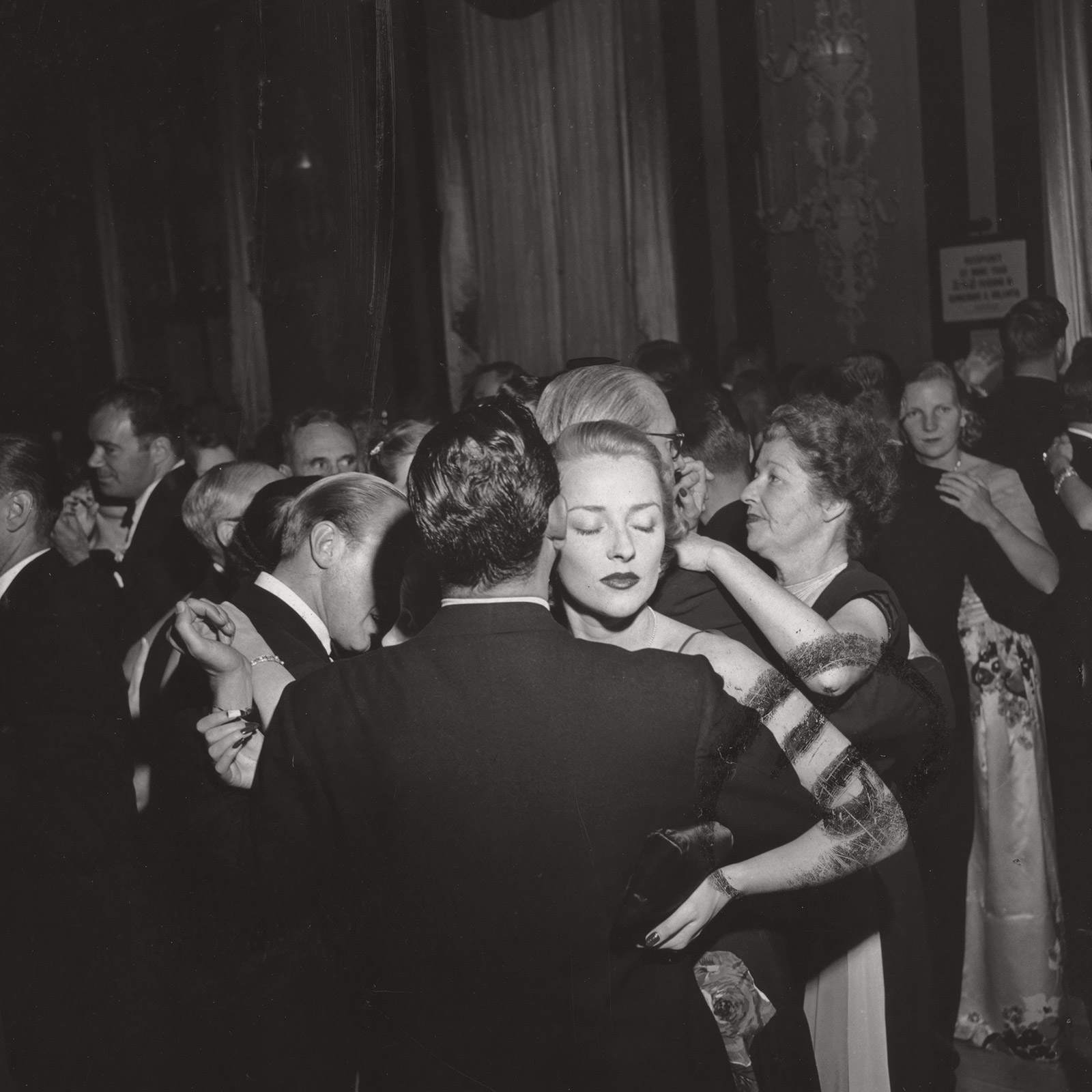 People dance at a New York Society Ball in 1949.

Kubrick’s first photo in Look was of a newspaper vendor looking glum the day after President Franklin D. Roosevelt died in 1945. In 1946, after Kubrick graduated from high school, Look hired him as an apprentice and paid him $50 a week.

“He was clearly an impressive young guy,” Golden said. “He had good people skills, which I think they recognized right away.”

Golden said Kubrick was also very driven and ambitious, and his hometown was the perfect place to perfect his craft. 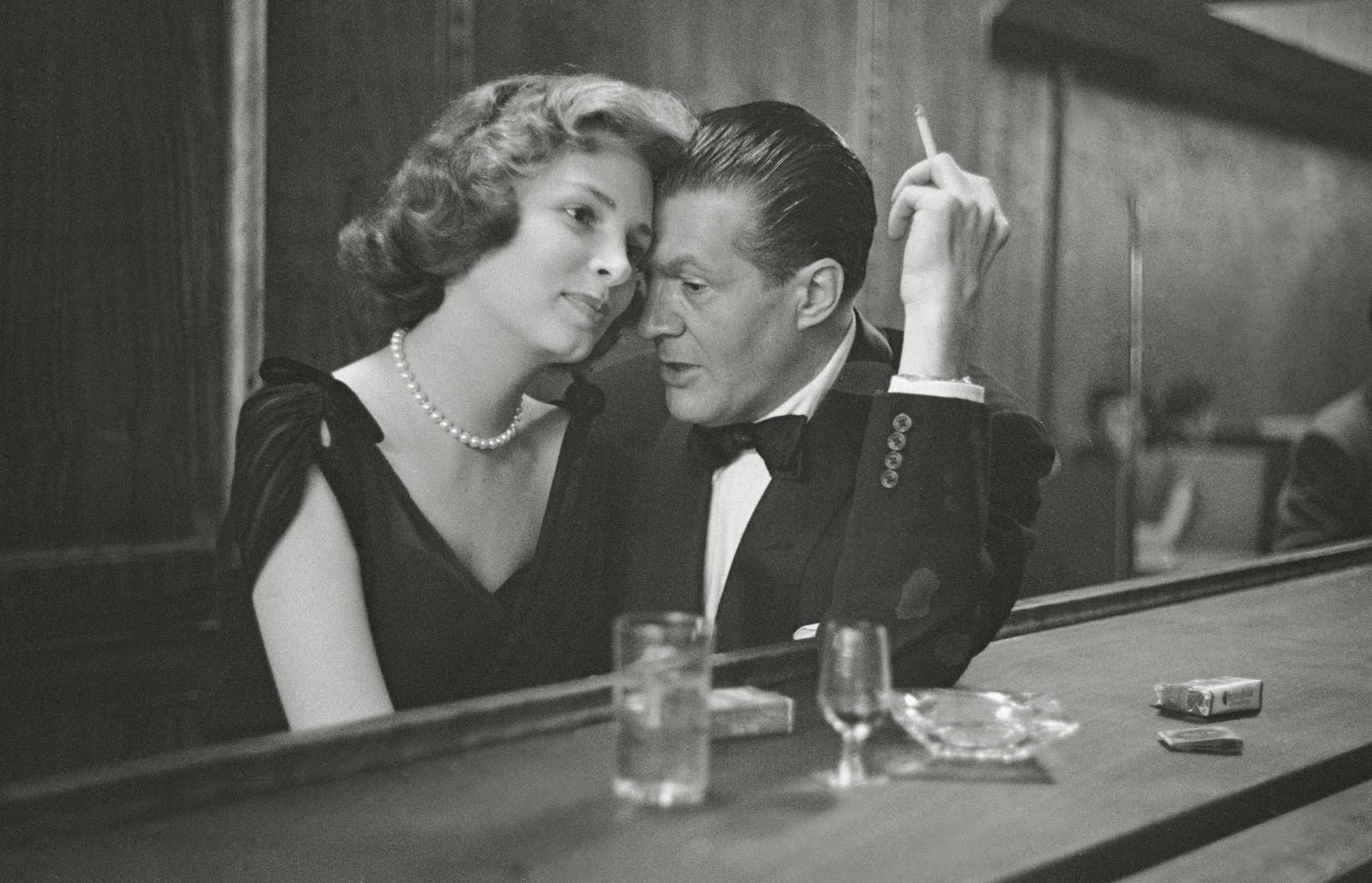 Peter Arno, a famous cartoonist for The New Yorker magazine, has a date with actress Joan Sinclair in 1949. The story in Look magazine illustrated Arno’s life as a man about town.

Back then, Golden said, it was more common for photographers to collaborate with their subjects on the pictures and how they might appear in the magazine. This wasn’t the case for serious news stories like war and poverty, he said, but for lighter features “they all were doing it.”

In some of Kubrick’s photos, you can almost feel him pulling the strings as the images take on a film-like quality.

“Already from a young age, he was staging his scene,” Golden said. “He was kind of art-directing the photos a little bit.” 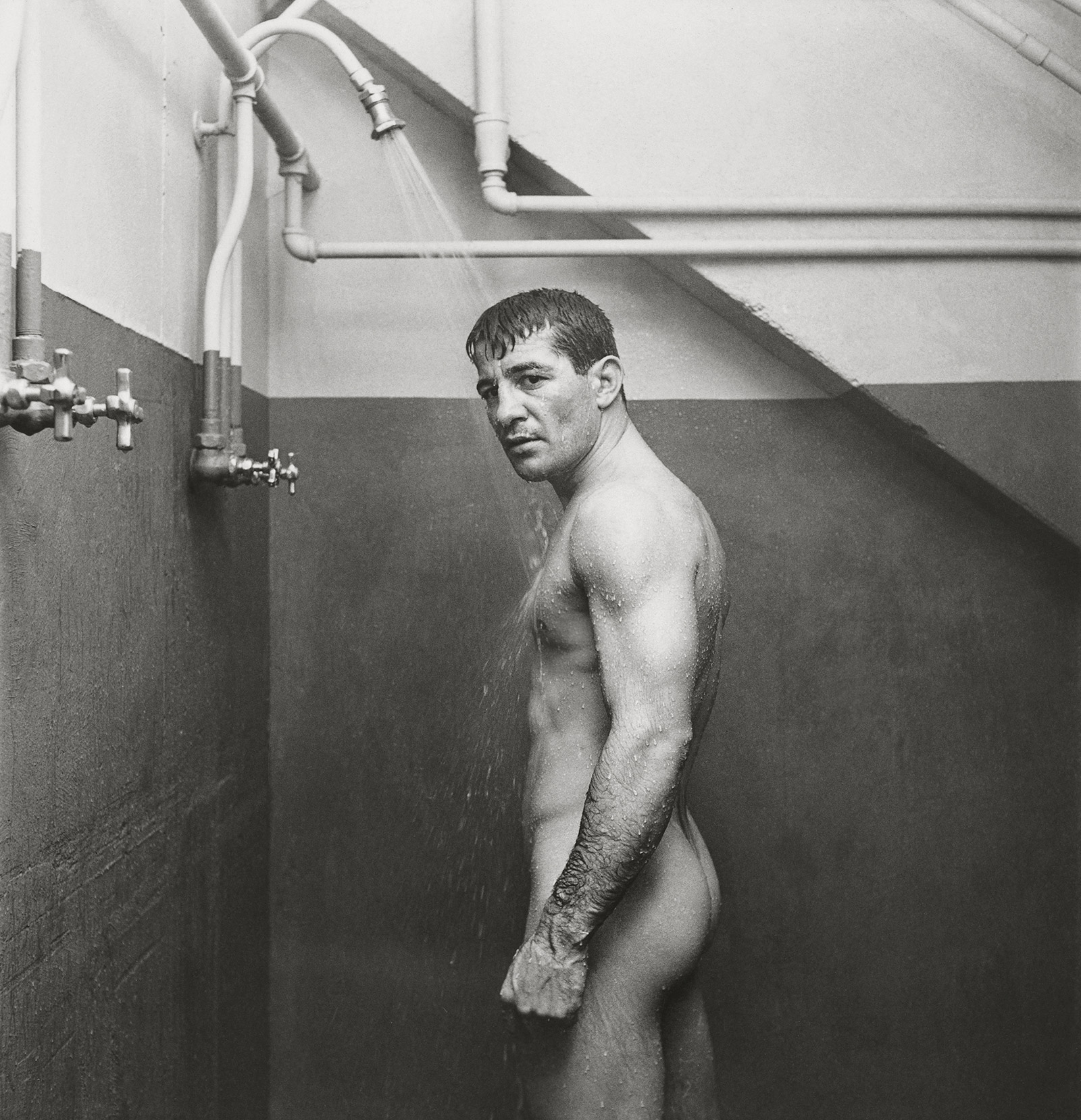 Boxer Rocky Graziano was profiled by Look magazine in 1950. 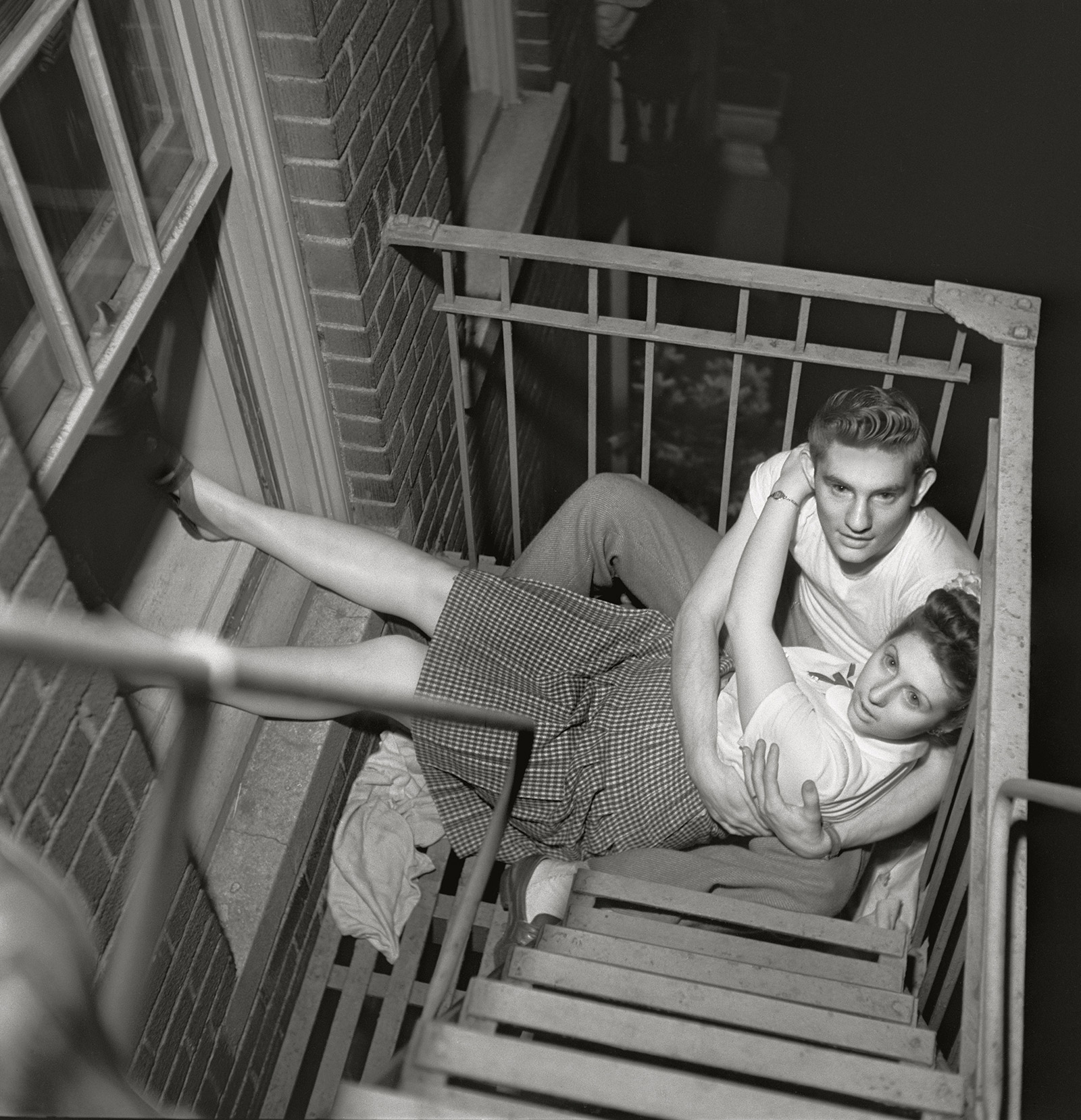 A couple embraces on a fire escape in this previously unpublished photo.

Kubrick’s carefully crafted scenes and his attention to detail are hallmarks of his legendary film career.

But Golden also noticed other similarities between his photos and his films, including the use of sly humor and occasional cynicism. 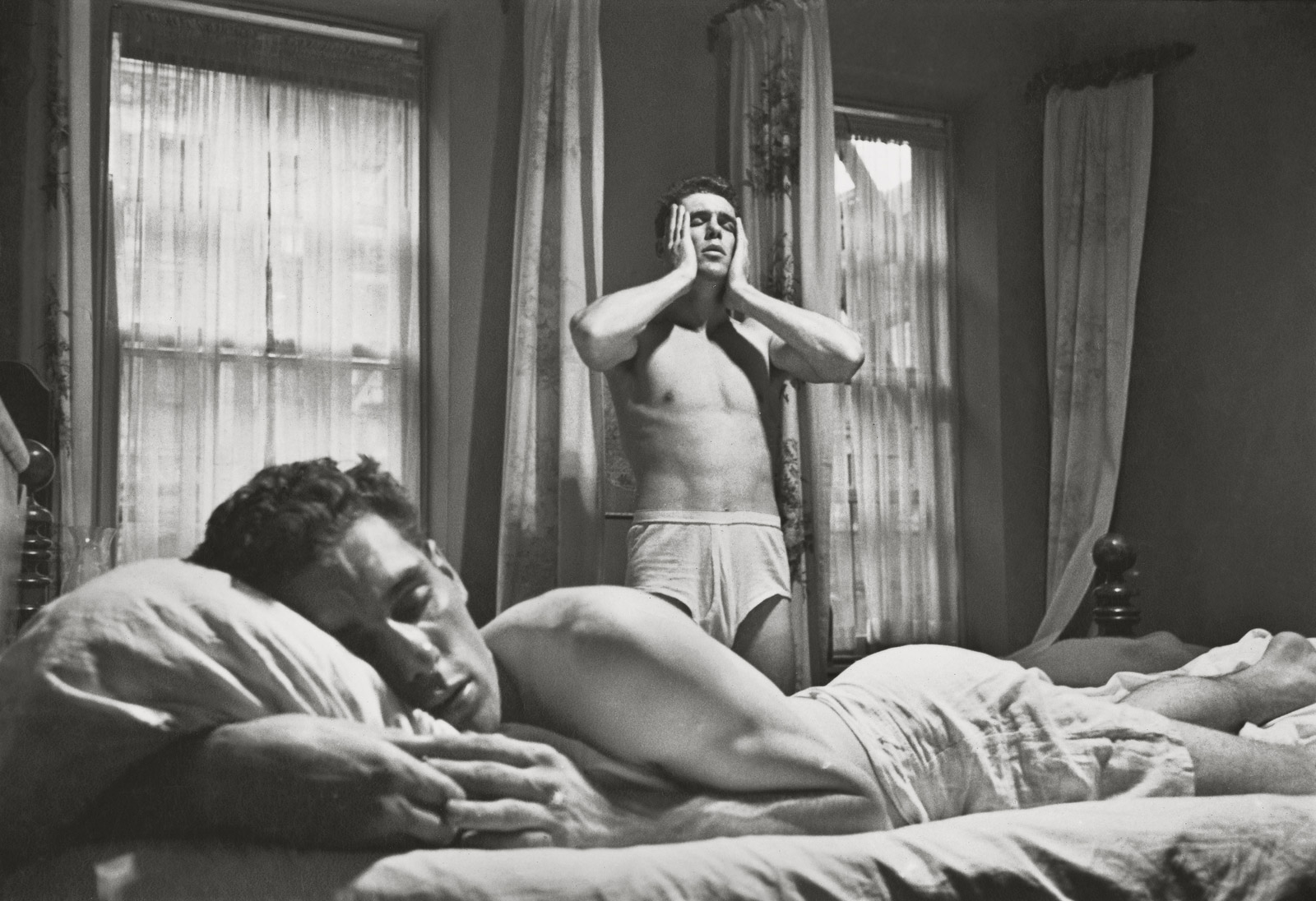 Kubrick left the magazine in 1950 and started making short movies. One of the first movies he shot was of Walter Cartier, a professional boxer he once profiled at Look.

In 1953, Kubrick made his first feature-length movie, “Fear and Desire.” He got his big Hollywood break with “The Killing” in 1956, but it was 1960’s “Spartacus” that made him a star. The blockbuster won four Academy Awards. 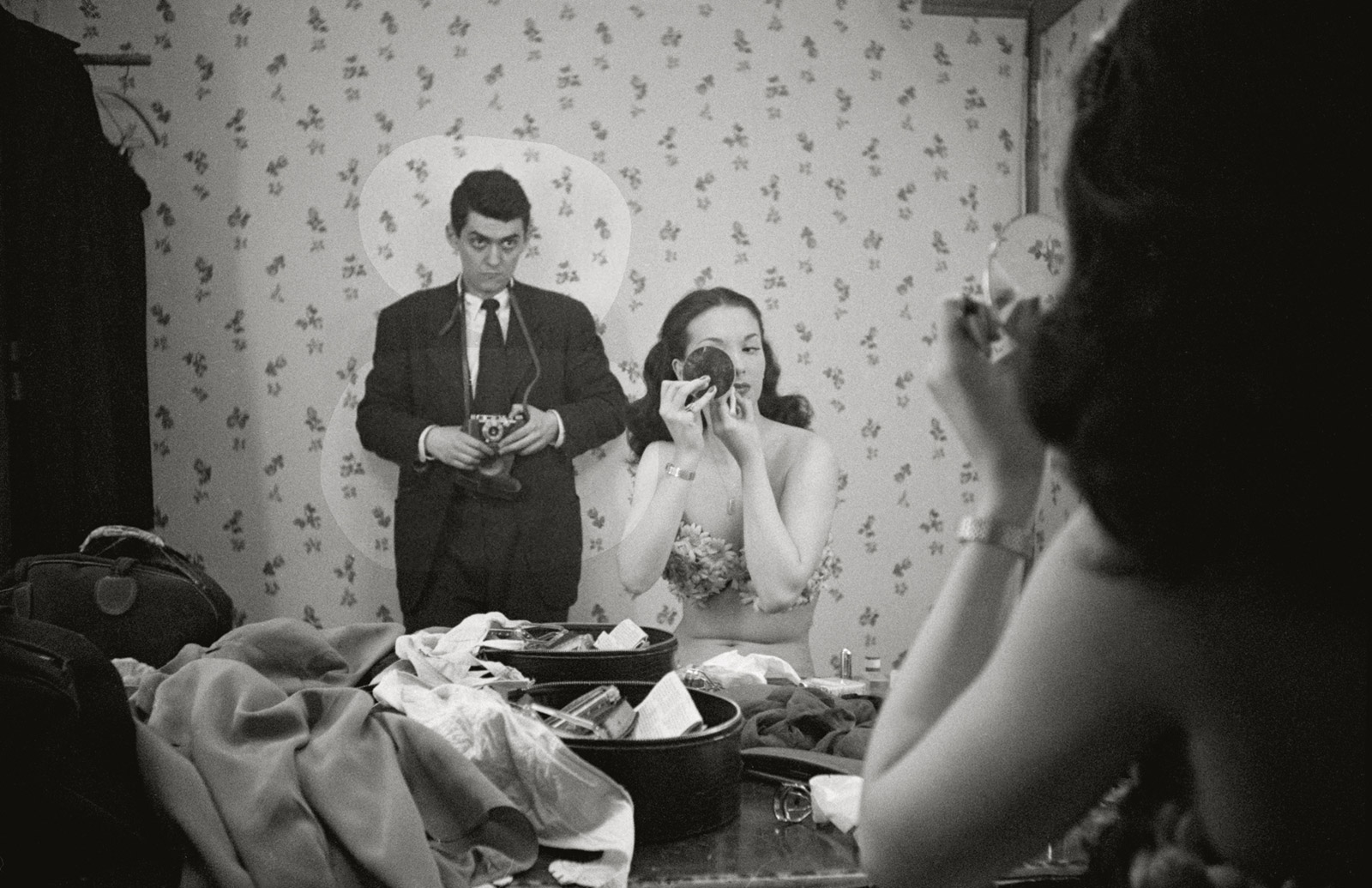 Kubrick is reflected in a mirror as he photographs showgirl Rosemary Williams in 1949.