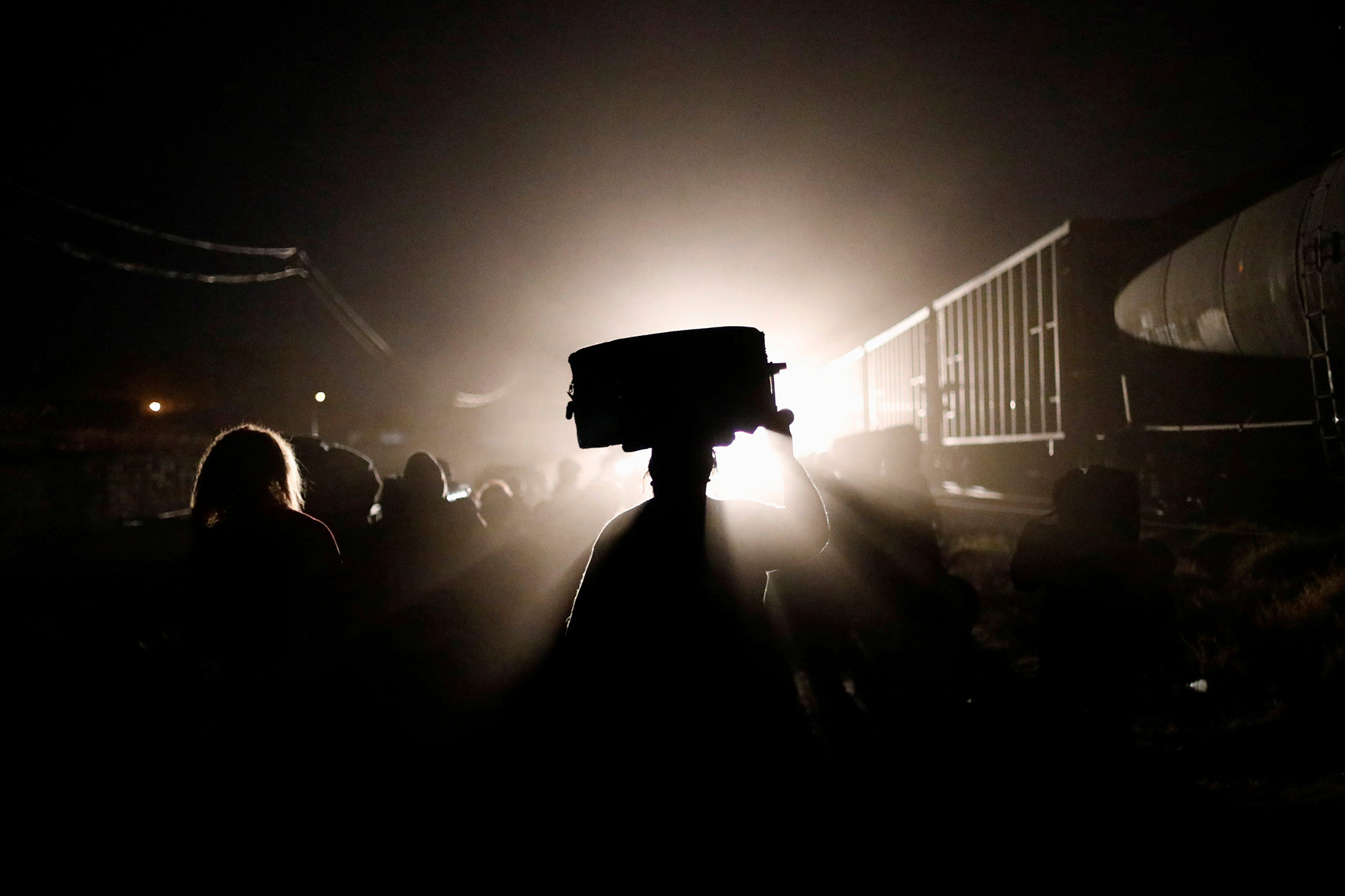 2,000 miles with the migrant caravan

A caravan of Central American migrants, traveling through Mexico for the past month, has started to reach the US border just outside of San Diego. There, they have begun applying for asylum.

For weeks, Reuters photographer Edgard Garrido has been documenting the group, which has received intense media attention and reignited the immigration debate in the United States. He’s been with the migrants for more than 2,000 miles, traveling by bus, train and sometimes on foot.

“They spend a lot of time speaking with each other about what might happen, what their future will be like,” Garrido said. “They say that going back to their countries is not an alternative for them.”

This is the fifth year that such a caravan has been organized by the group Pueblo Sin Fronteras, or People Without Borders. Most of the migrants are fleeing poverty and violence from countries such as El Salvador, Guatemala and Honduras. Some of them chose to stay in Mexico and seek asylum there. 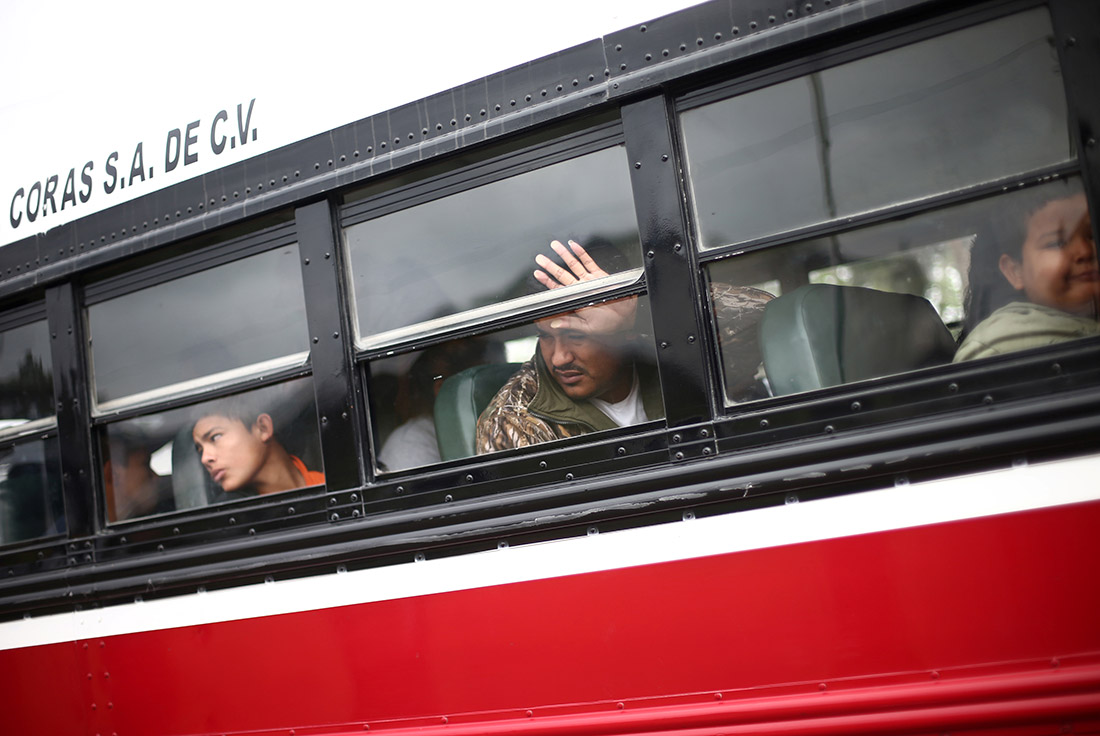 Migrants ride a bus in Tijuana, Mexico, on April 29. 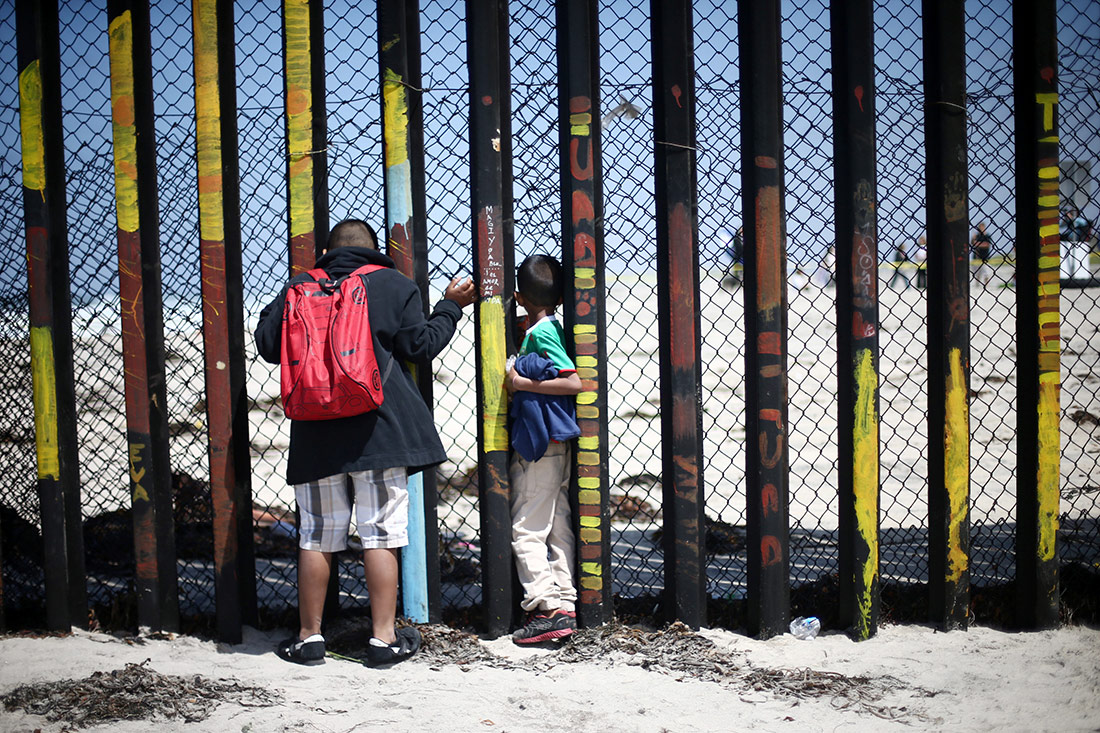 Migrants in Tijuana look through the border fence.

This year’s journey is getting more attention than usual after a series of tweets from US President Donald Trump. Trump has said he won’t accept the migrants, and he called for more border security and stricter laws to prevent migrants from being released while their cases are pending.

Even before the administration’s recent rhetoric, the odds of winning asylum weren’t good. Garrido has noticed that the migrants’ mood has become more somber since reaching the border.

“People have become more apathetic, less energetic as time passes,” he said. “They are lying down on their makeshift beds on the floor most of the day, and there is now a palpable air of uncertainty and despair.

“But at the same time, they are still very hopeful. More driven by the efforts they have made and the fear of what awaits back home, rather than reason.” 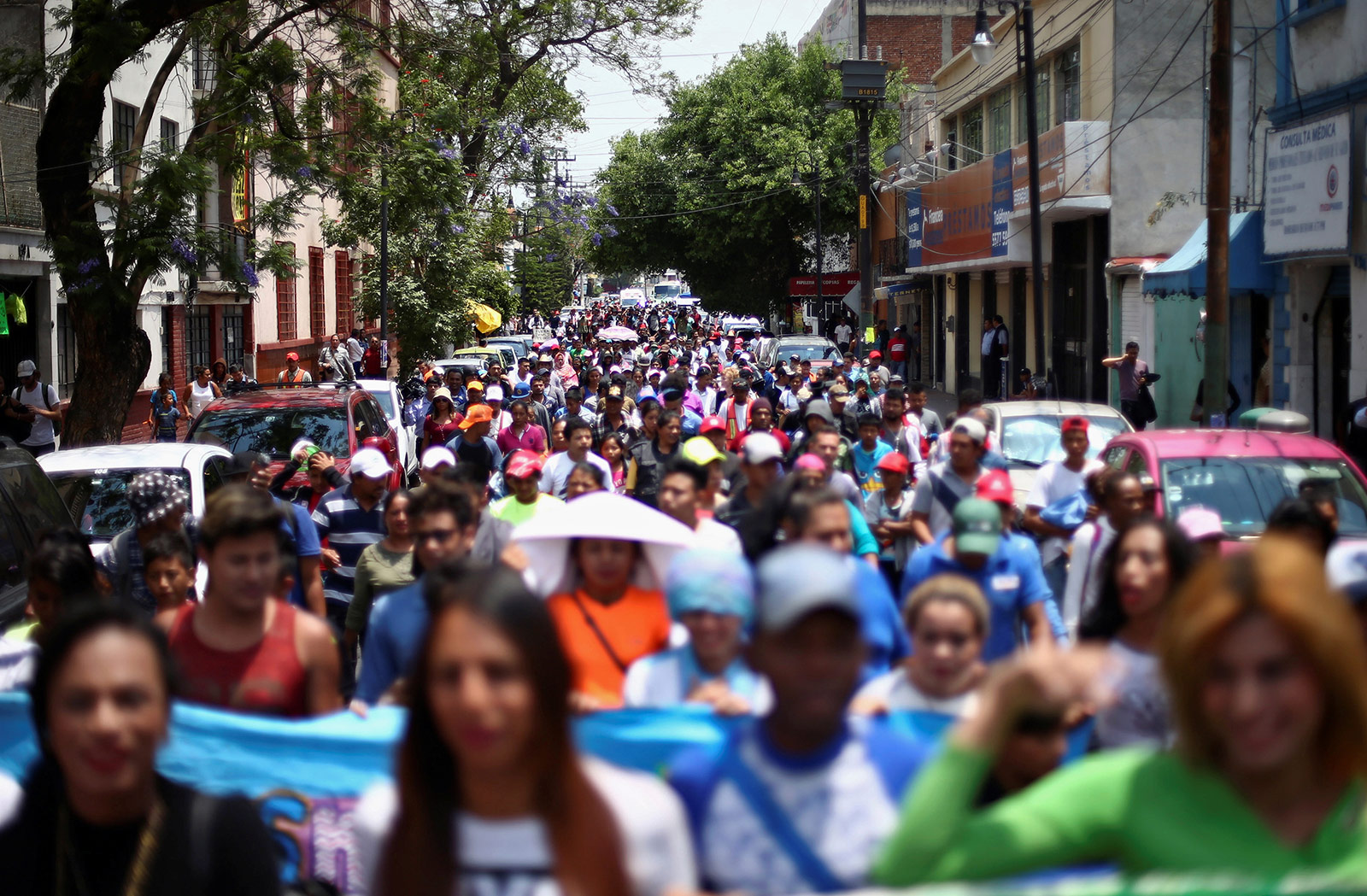 Migrants from the caravan march through Mexico City on April 9. At one point during the monthlong journey, there were more than 1,000 migrants in the group. 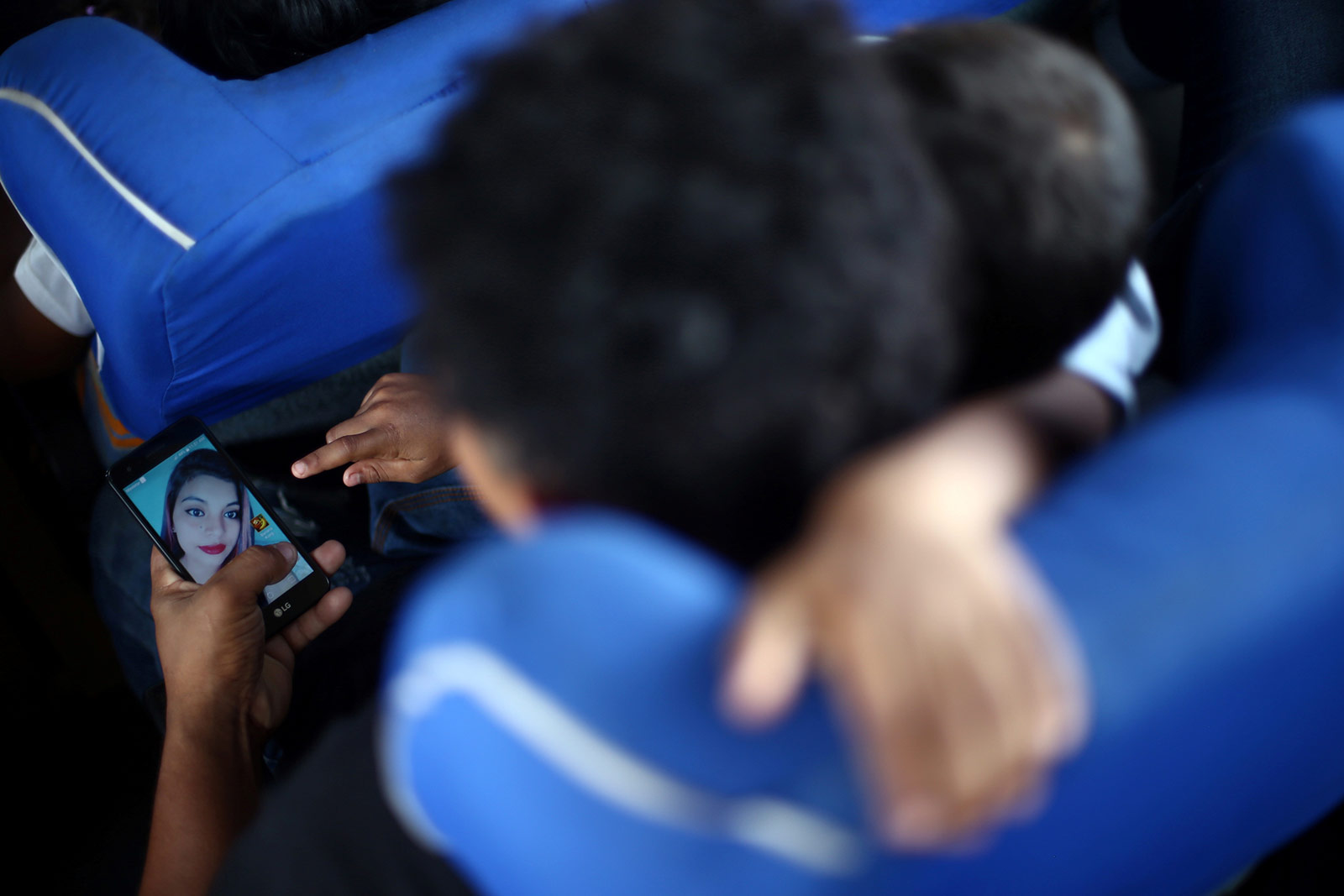 Oscar, a Honduran migrant, is accompanied by his son Joel as they ride a bus in Mexico’s Puebla state on April 6. Together, they look at a photo of Joel’s mother, Diana. 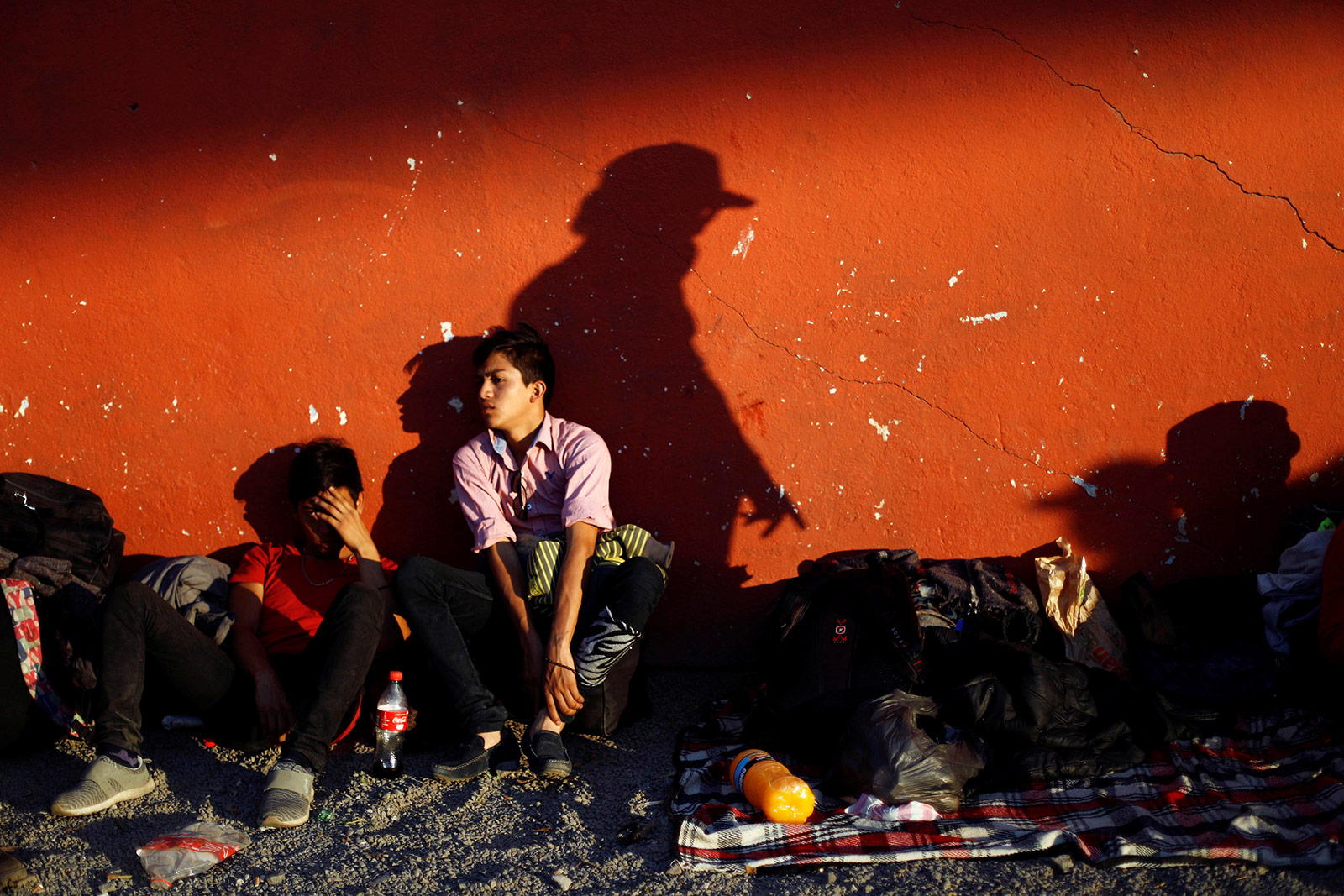 Migrants wait to board a freight train in Irapuato, Mexico, on April 16. 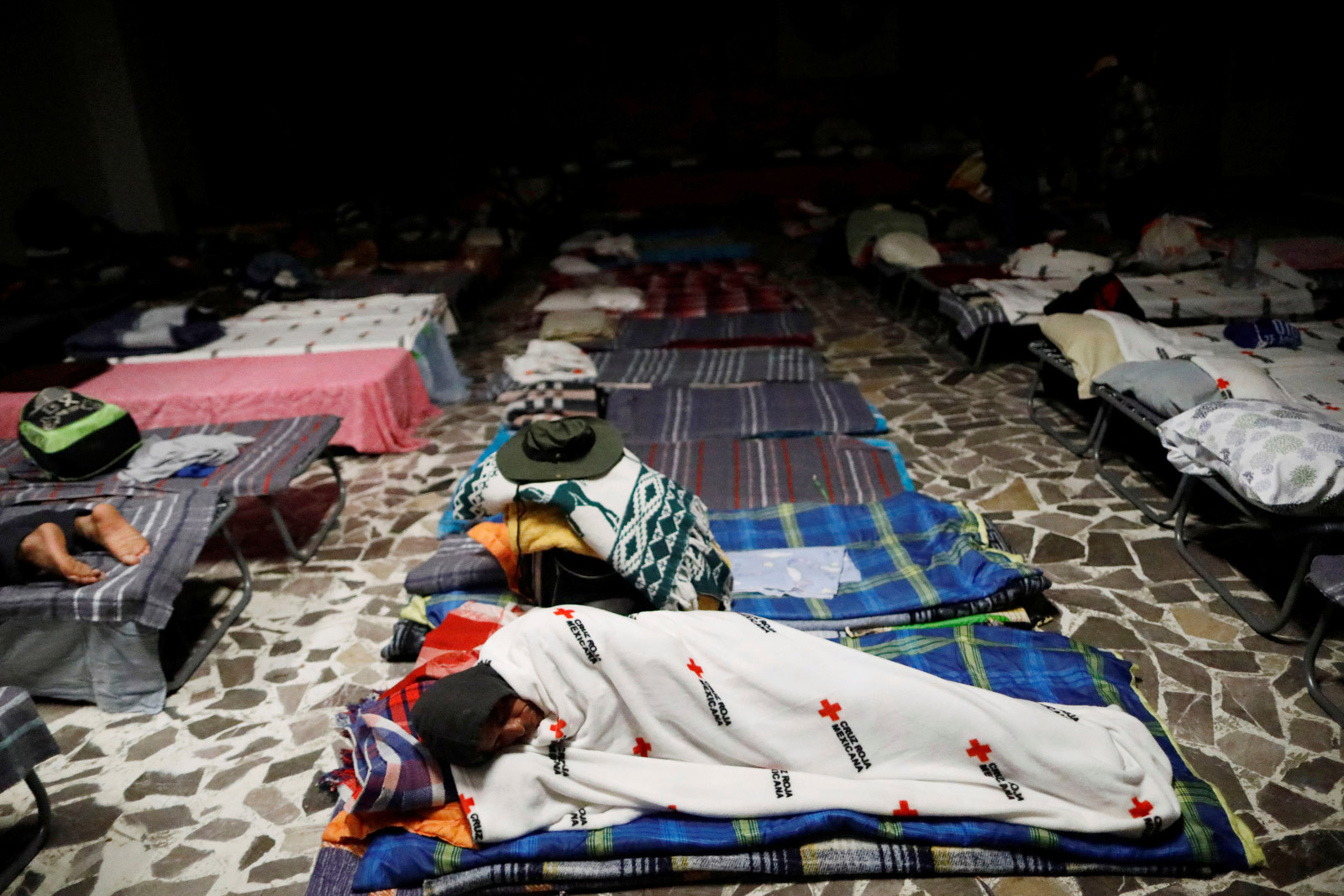 A migrant rests at a temporary shelter set up by a Catholic church in Puebla on April 6. 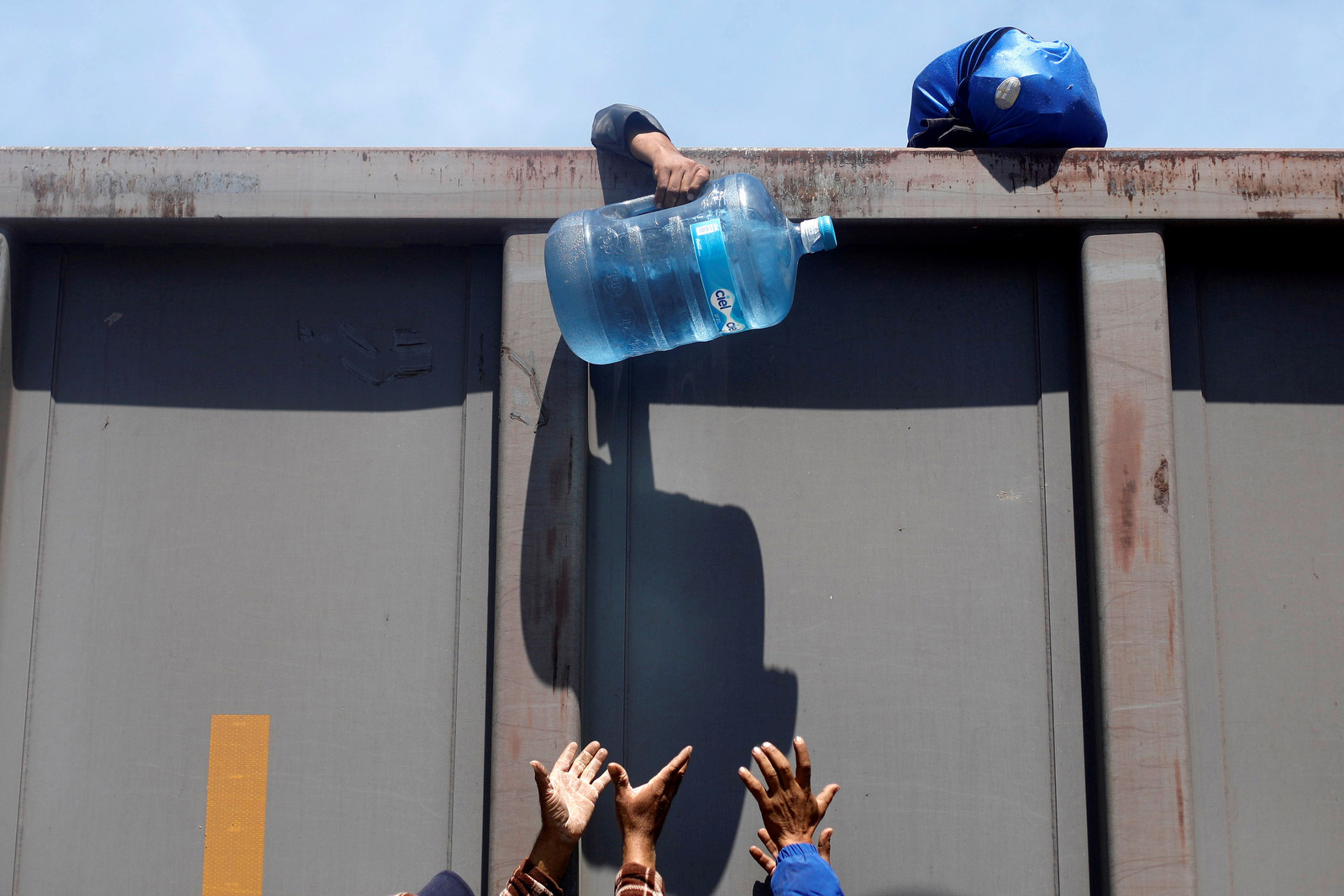 A migrant hands over a container of water as he disembarks from a freight train in Tlaquepaque, Mexico, on April 17. 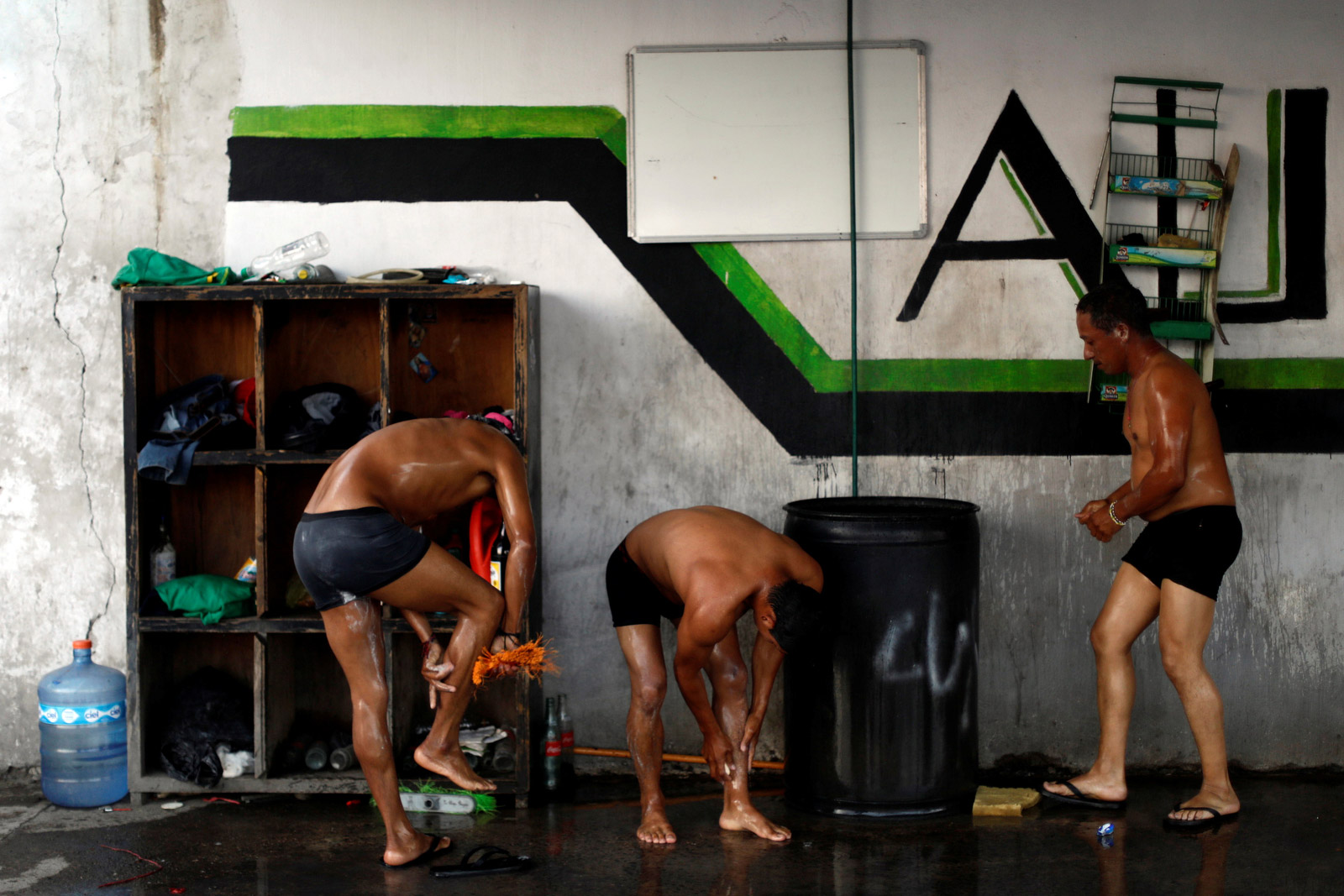 Migrants wash themselves at a car wash in Irapuato on April 15. 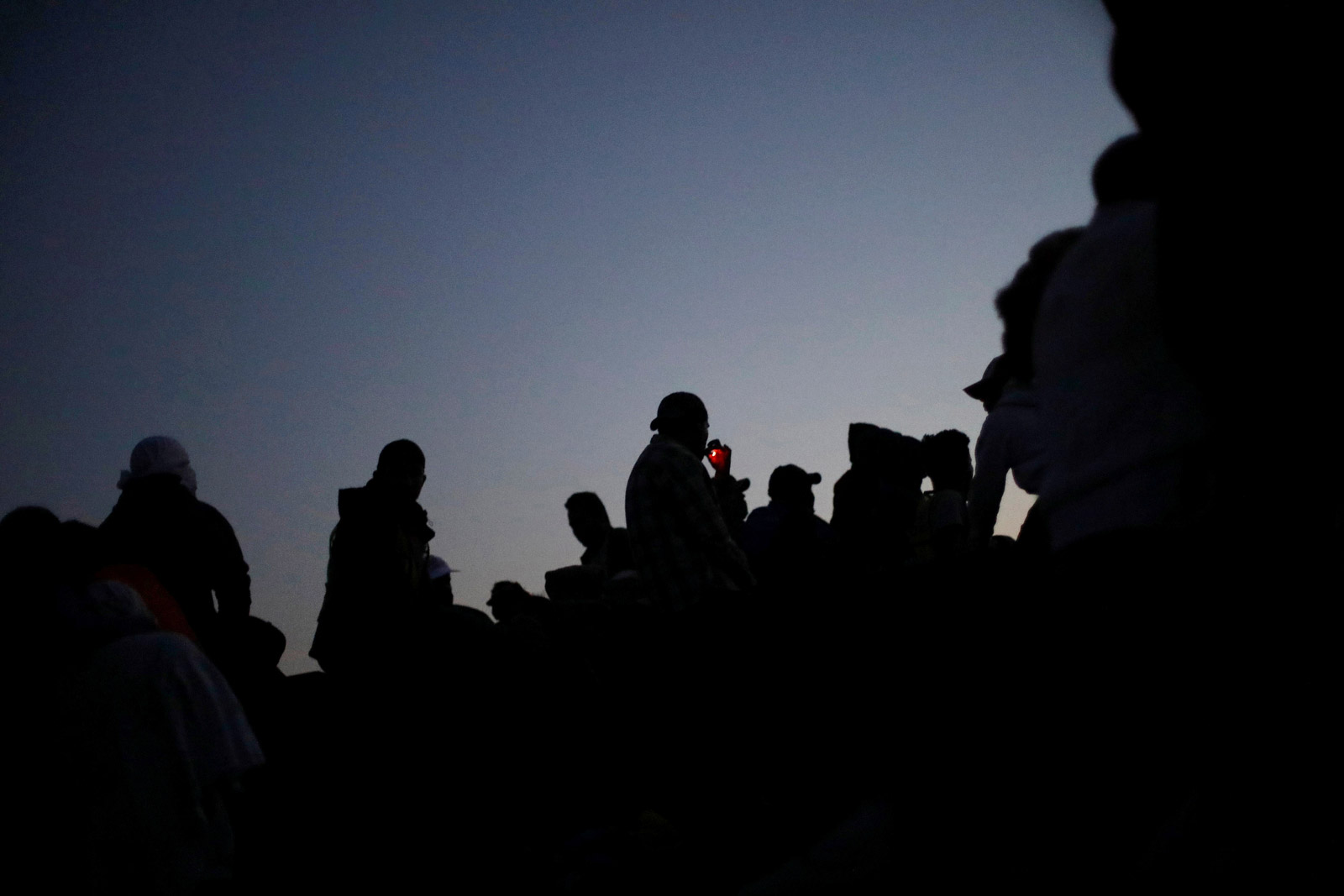 A migrant smokes in an open wagon of a freight train on April 14. 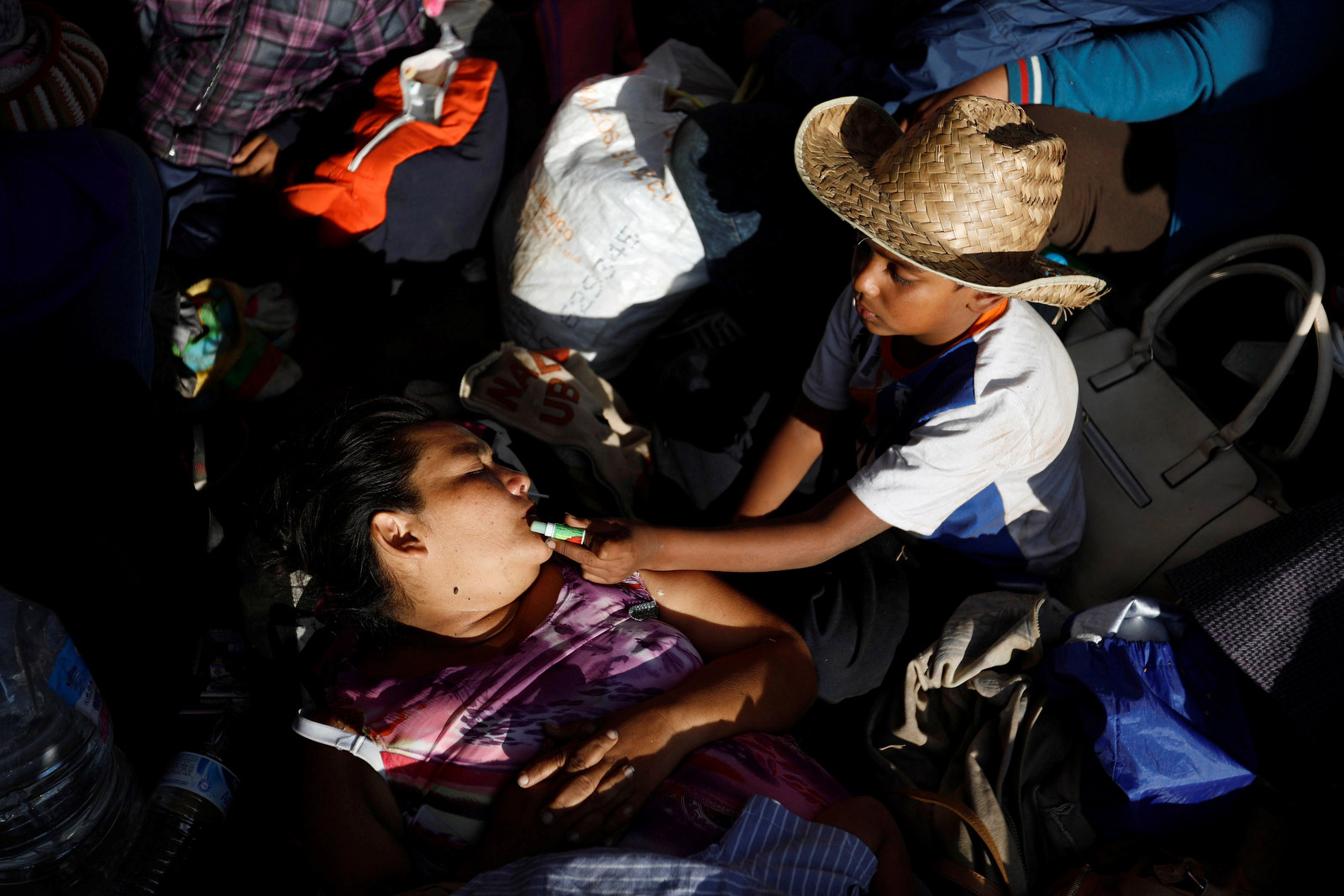 A young migrant applies lip balm to his mother’s lips as they ride a train in Mexico’s Hidalgo state on April 14. Garrido said the most difficult conditions were on the train, where there was excessive sun during the day and low temperatures during the night. 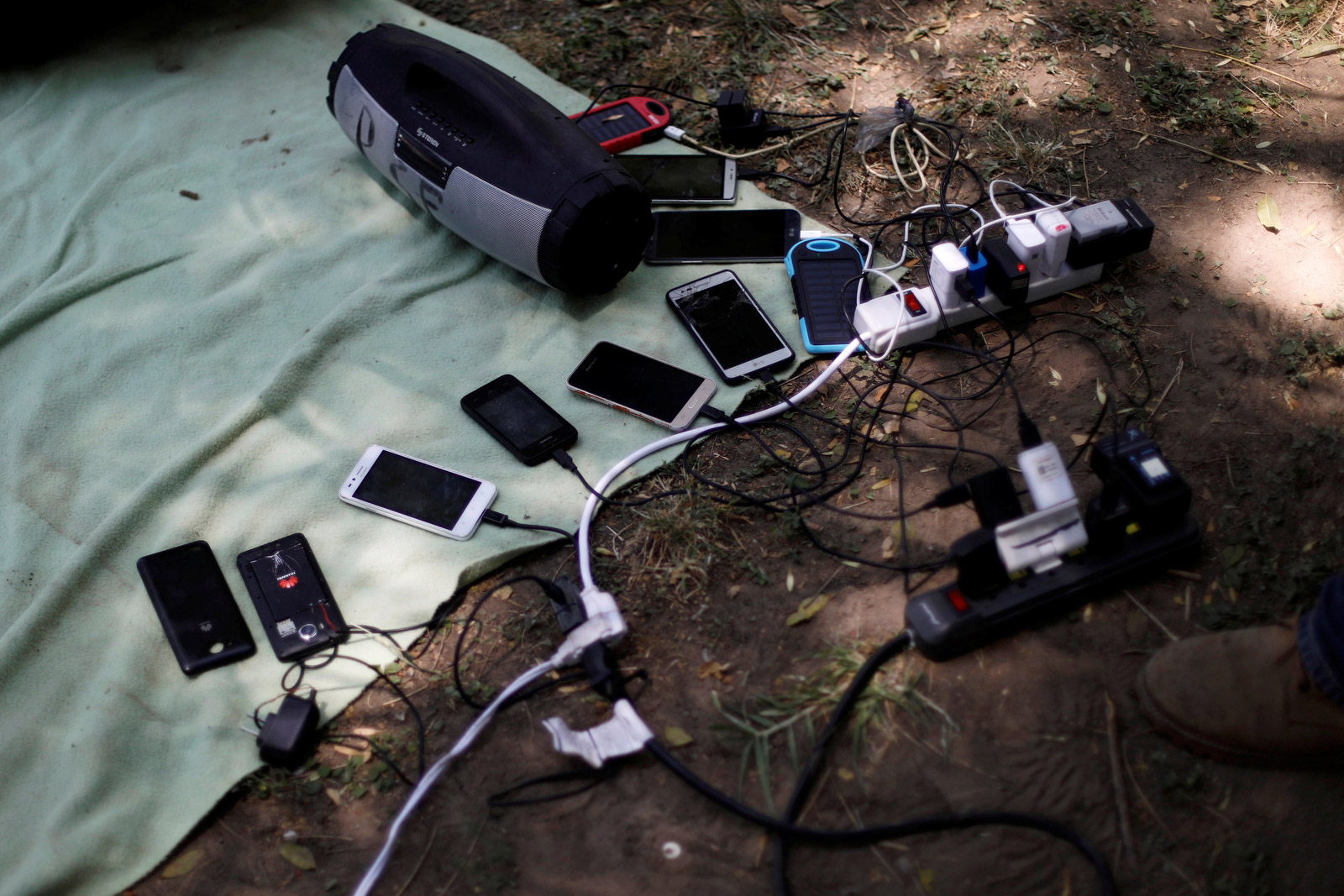 Migrants’ cell phones charge at a makeshift shelter in Irapuato on April 16. 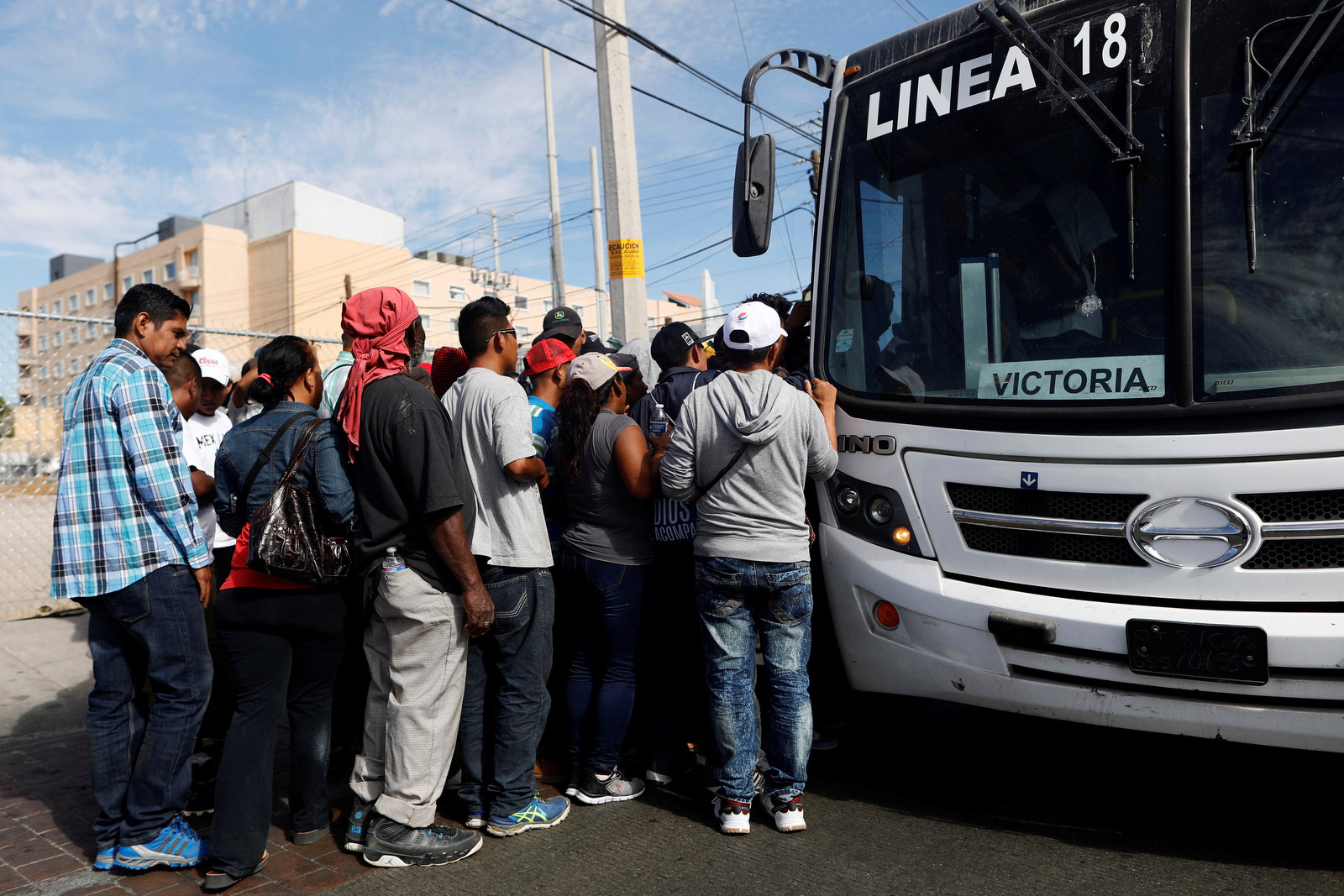 Migrants get on a bus to go to Mexico’s National Institute of Migration on April 24. There, they would start the legal process of asking for asylum. 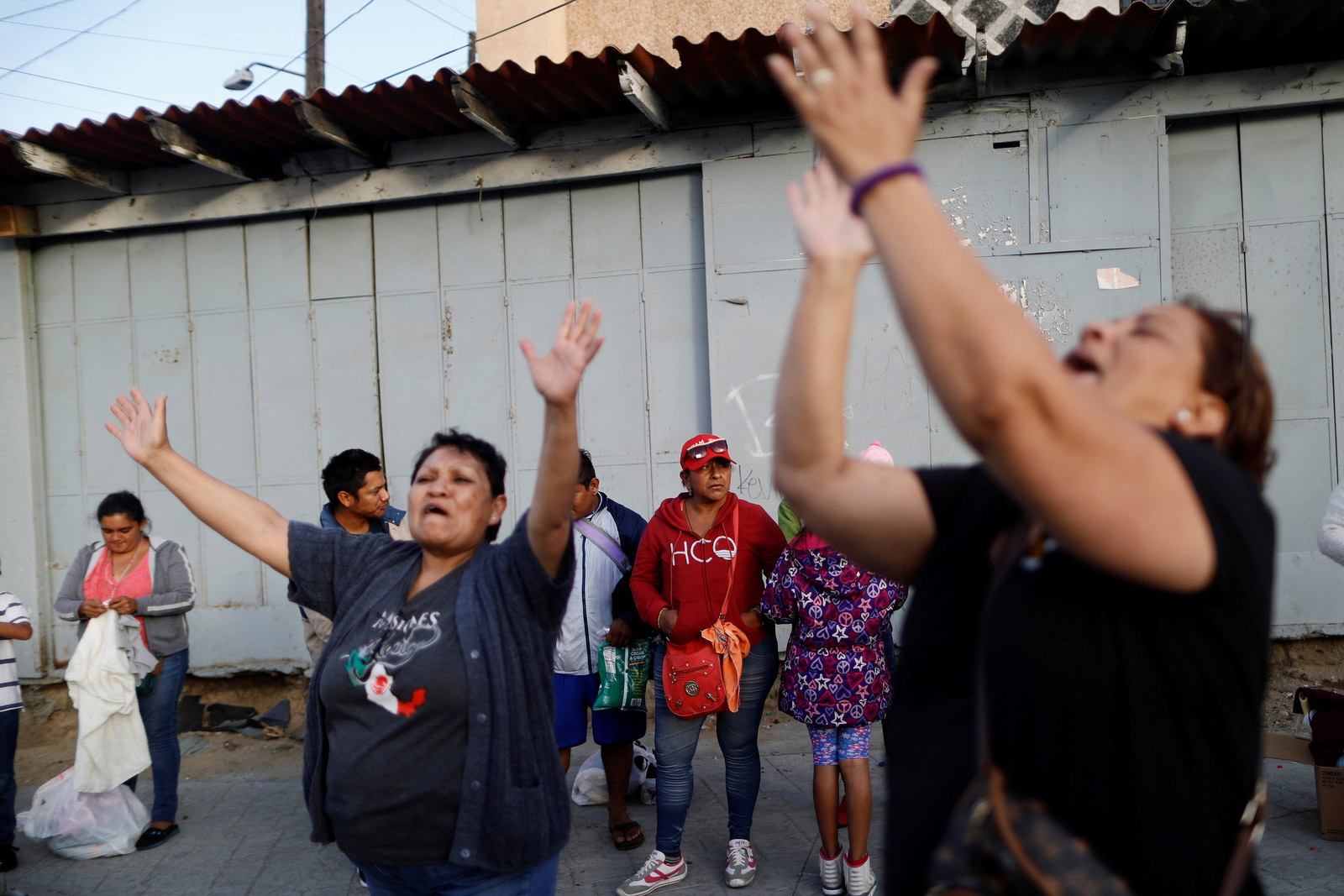 Migrants pray in Tijuana on April 28. 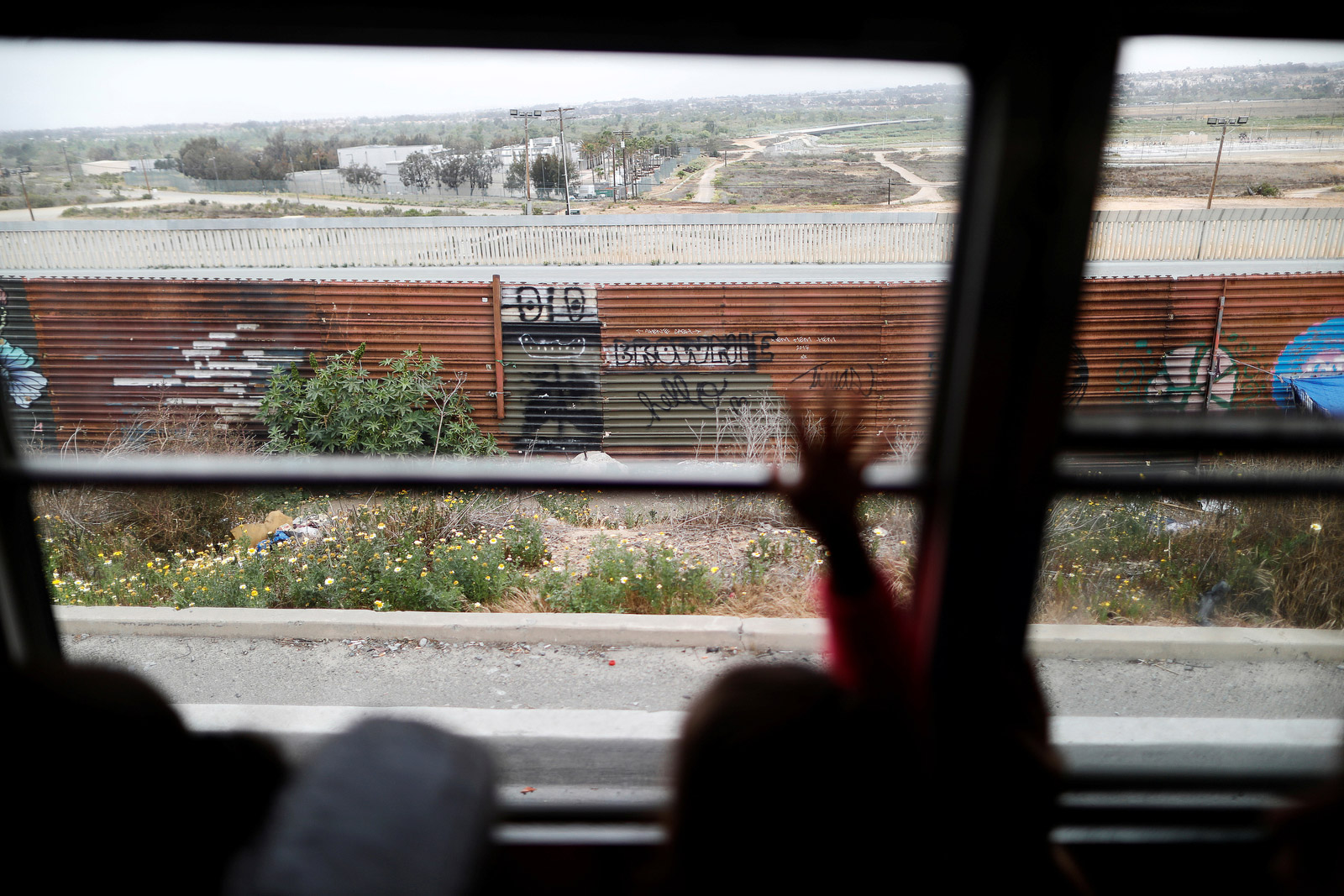 Migrants on a bus ride past a border fence in Tijuana on April 29. 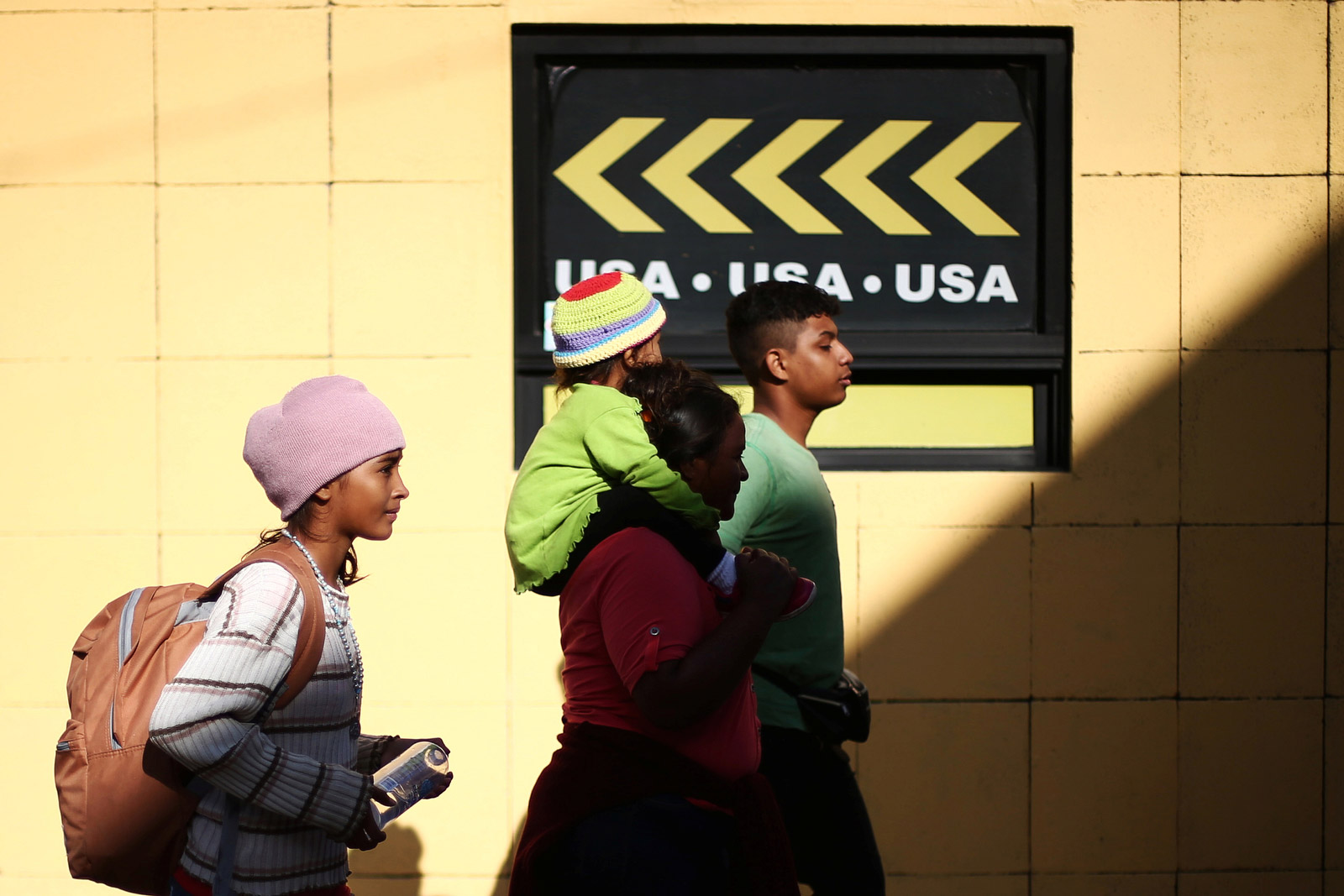 Migrants walk in Tijuana before making preparations for their asylum request. 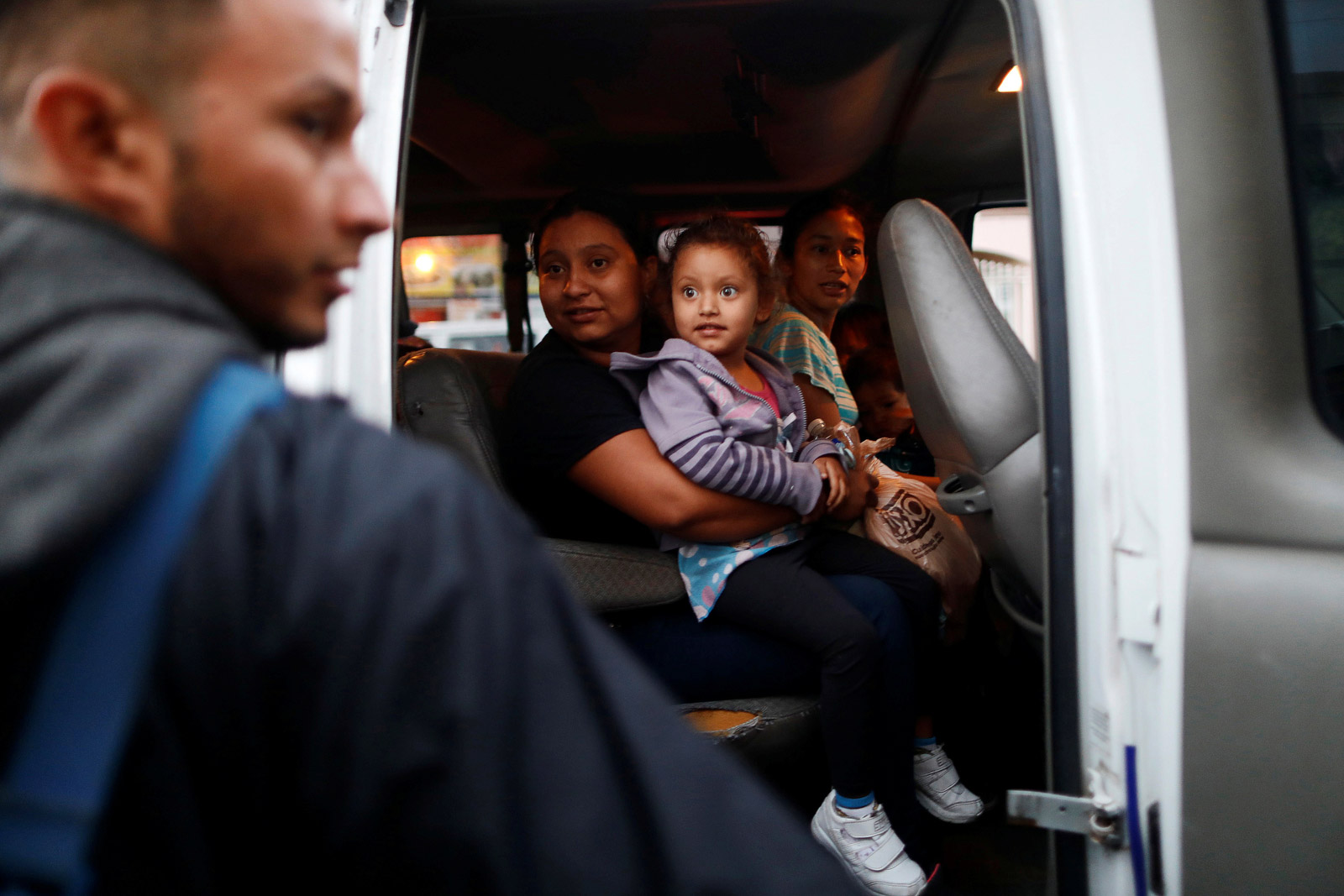 Migrants arrive in Tijuana at the end of their journey. 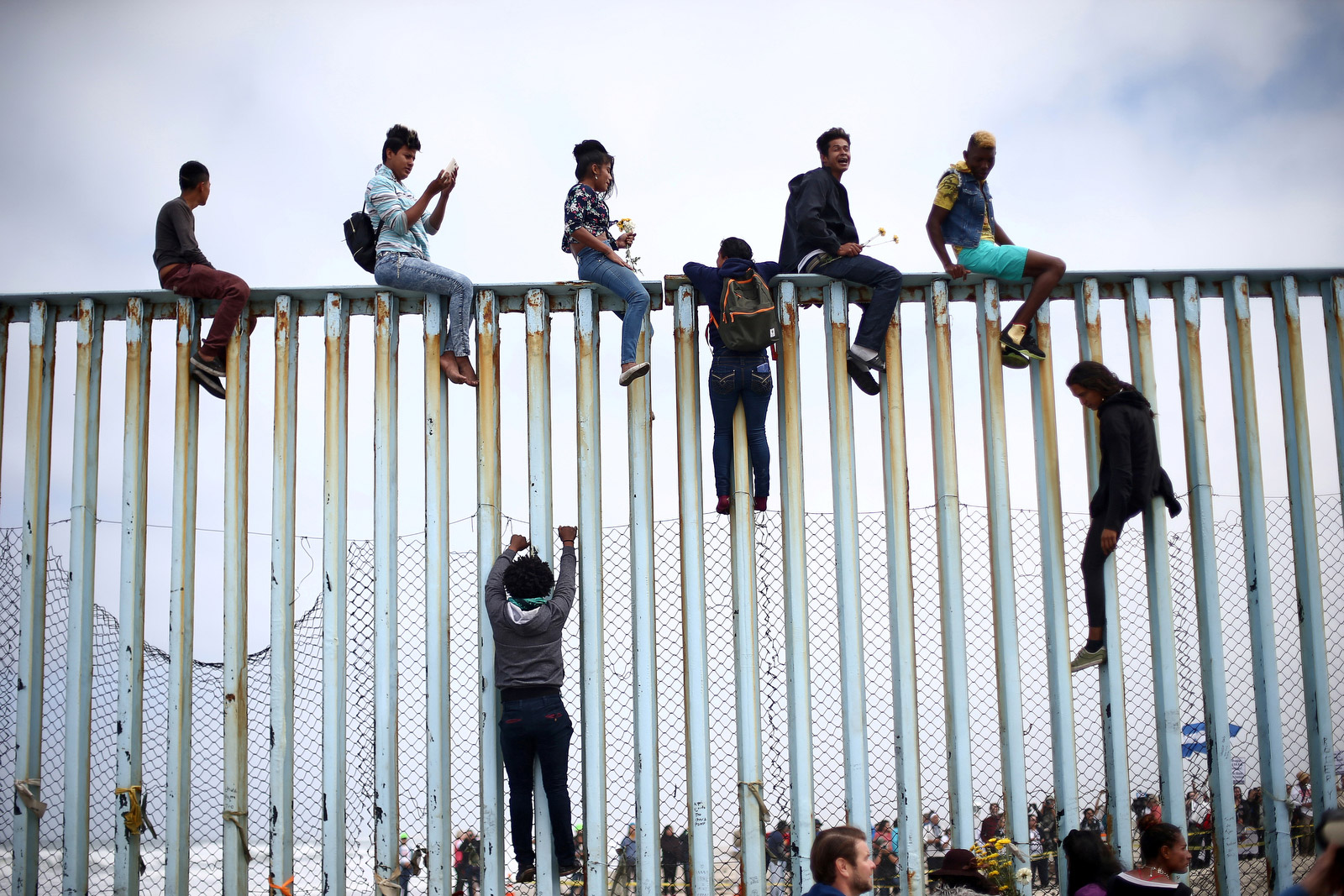 Some migrants climb a border fence in Tijuana as part of a demonstration on April 29.

Edgard Garrido is a Reuters photographer based in Mexico City.