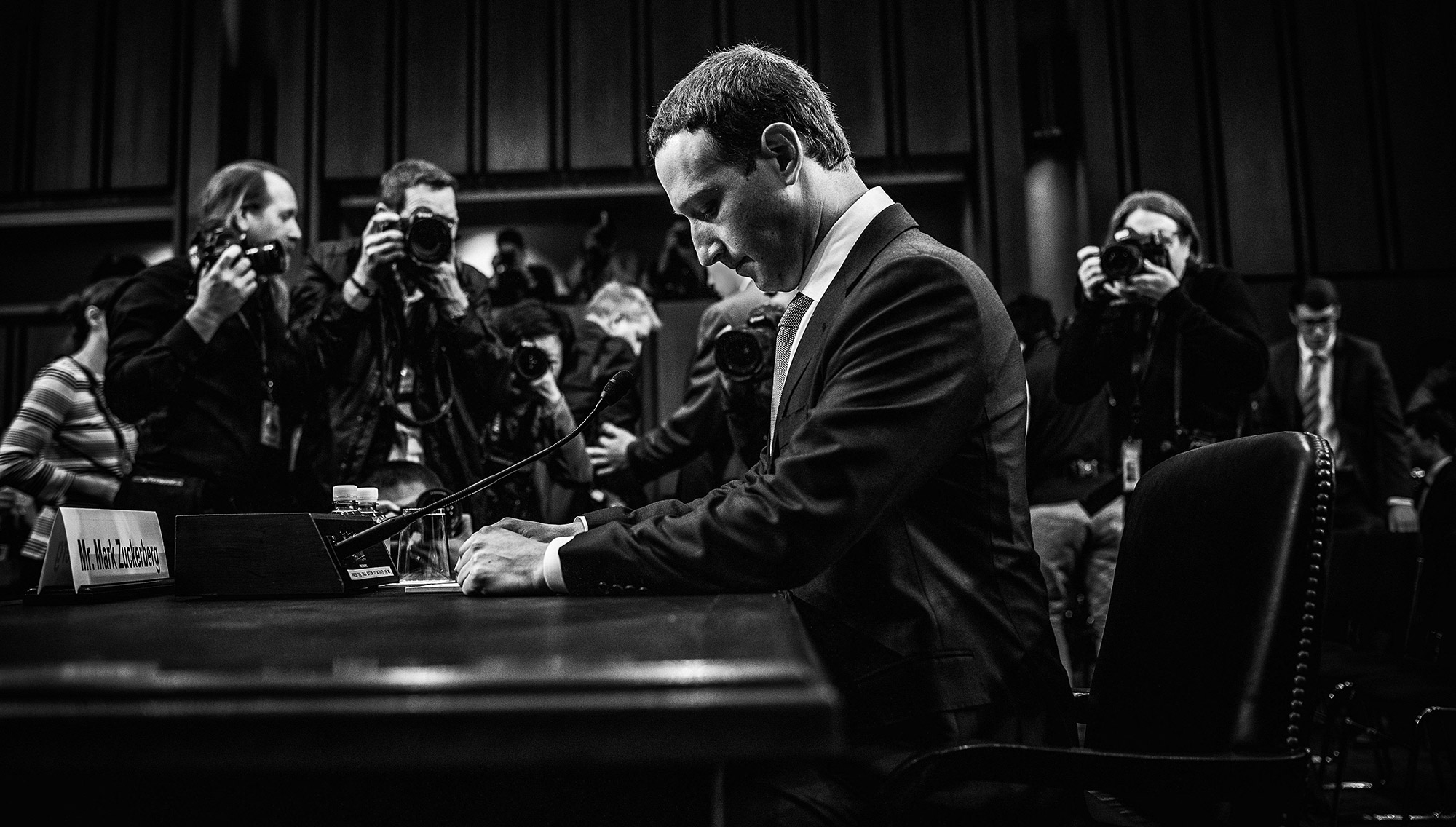 In pictures: Zuckerberg on Capitol Hill

Photographs by Stephen Voss for CNN

Facebook CEO Mark Zuckerberg has been taking the heat for the data scandal engulfing the social network, and now he’s answering to members of Congress.

He appeared before the House Committee on Energy and Commerce on Wednesday, a day after testifying at a joint hearing of the Senate’s Judiciary and Commerce committees.

“We didn't take a broad enough view of our responsibility, and that was a big mistake,” Zuckerberg said in his testimony, a rarity for tech leaders. “And it was my mistake, and I'm sorry. I started Facebook, I run it, and I'm responsible for what happens here.”

Stephen Voss was among the photographers in the hearing rooms for Zuckerberg’s testimony. On Tuesday, space was tough to come by because there were 44 senators from two committees.

“Due to the large number of senators at this hearing, an extra row of tables were set up to accommodate everyone,” said Voss, who has covered many congressional hearings.

Zuckerberg started meeting with lawmakers on Monday, and he has begun laying out changes that Facebook is making to safeguard data and prevent the spread of disinformation. Wednesday’s hearing was his final one this week. 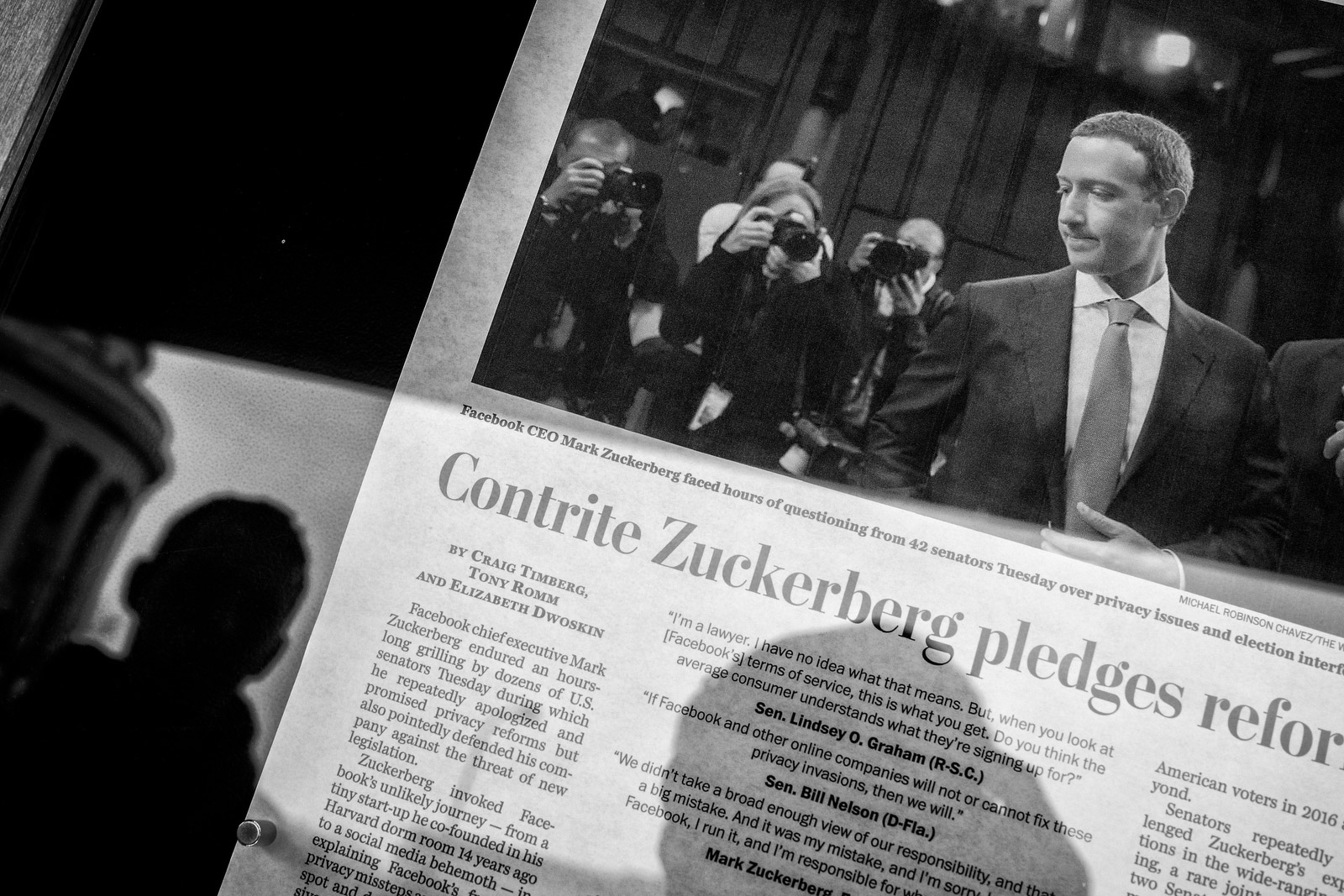 The front page of The Washington Post is seen at the Newseum in Washington on Wednesday. 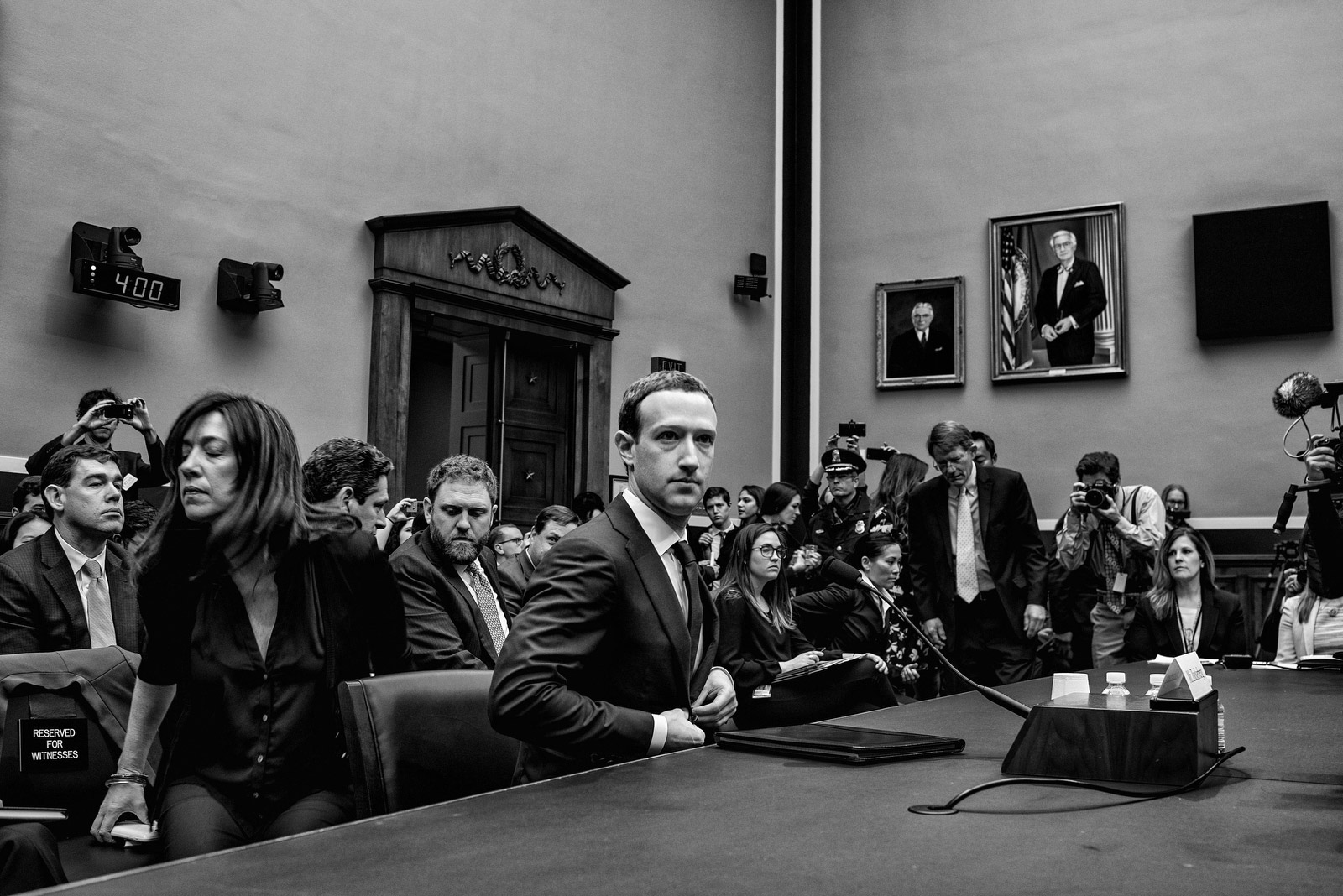 Zuckerberg arrives to testify before the House Energy and Commerce Committee on Wednesday. 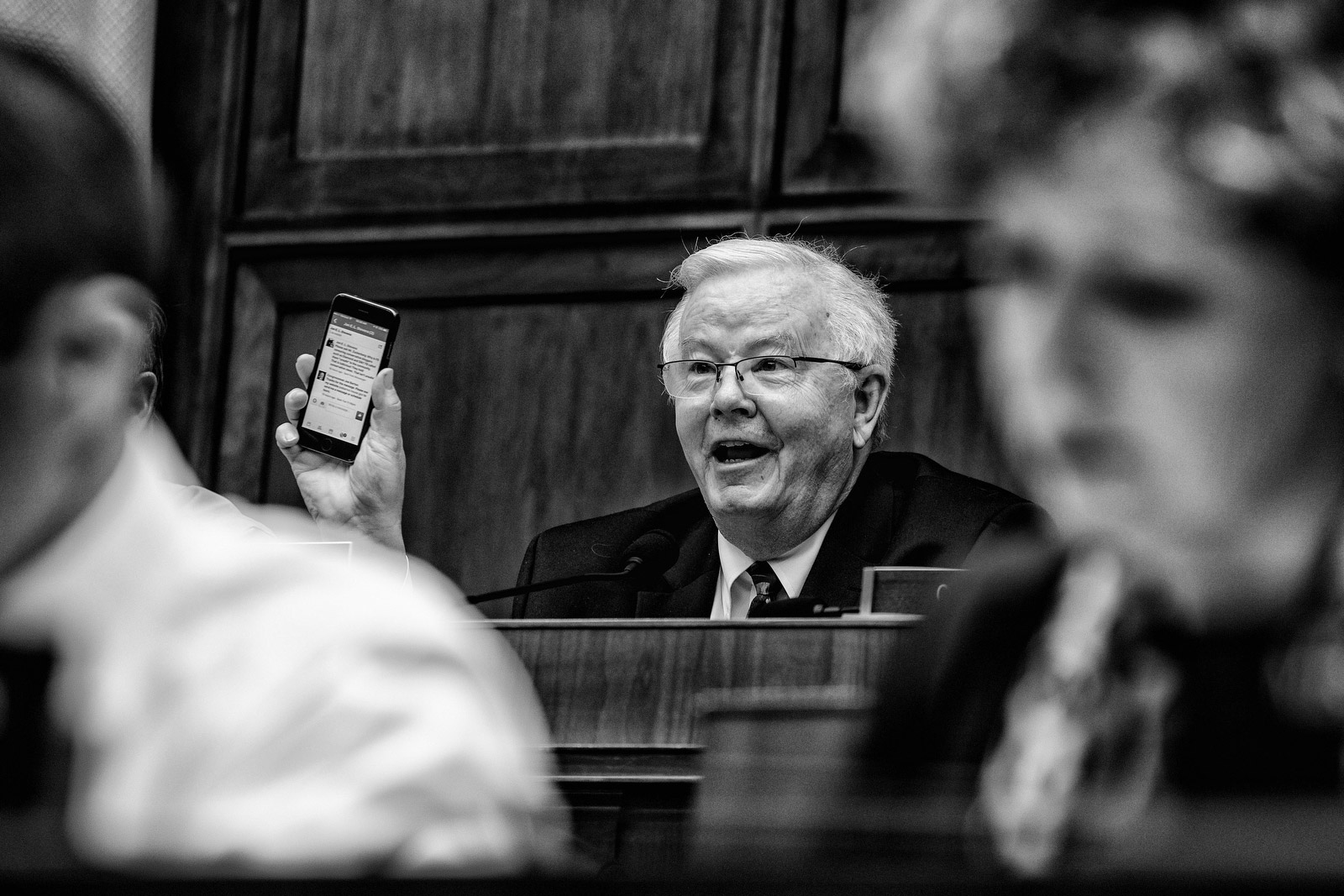 US Rep. Joe Barton holds up a phone displaying the Facebook mobile application while questioning Zuckerberg on Wednesday. Zuckerberg emerged largely unscathed after a five-hour session with the Senate committees on Tuesday. At the House hearing, however, legislators hit Zuckerberg with tougher questions. 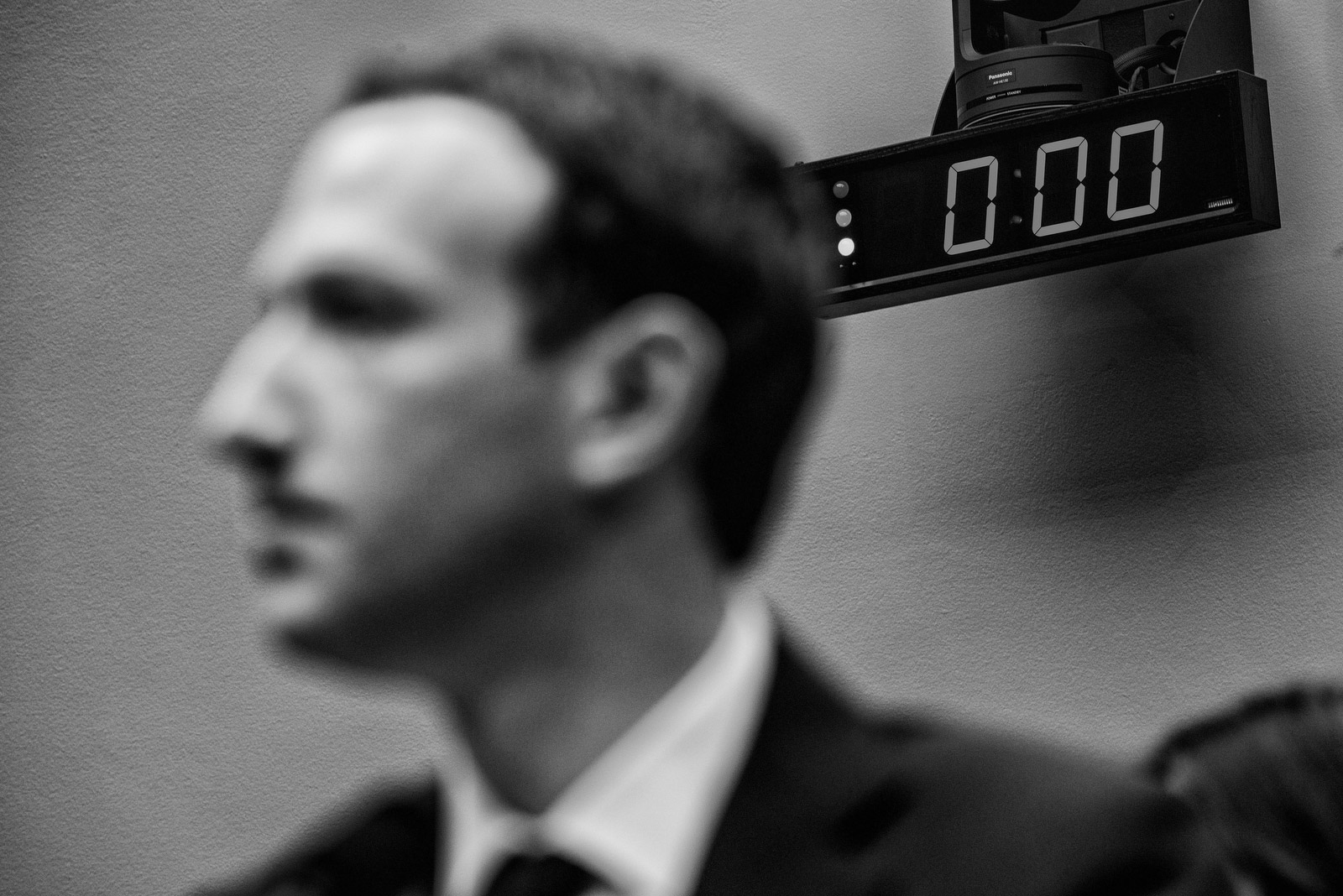 This is the first time that Zuckerberg has testified before Congress. The hearings come nearly a month after news broke that Cambridge Analytica, a data firm with ties to President Donald Trump's campaign, accessed information from as many as 87 million Facebook users without their knowledge. 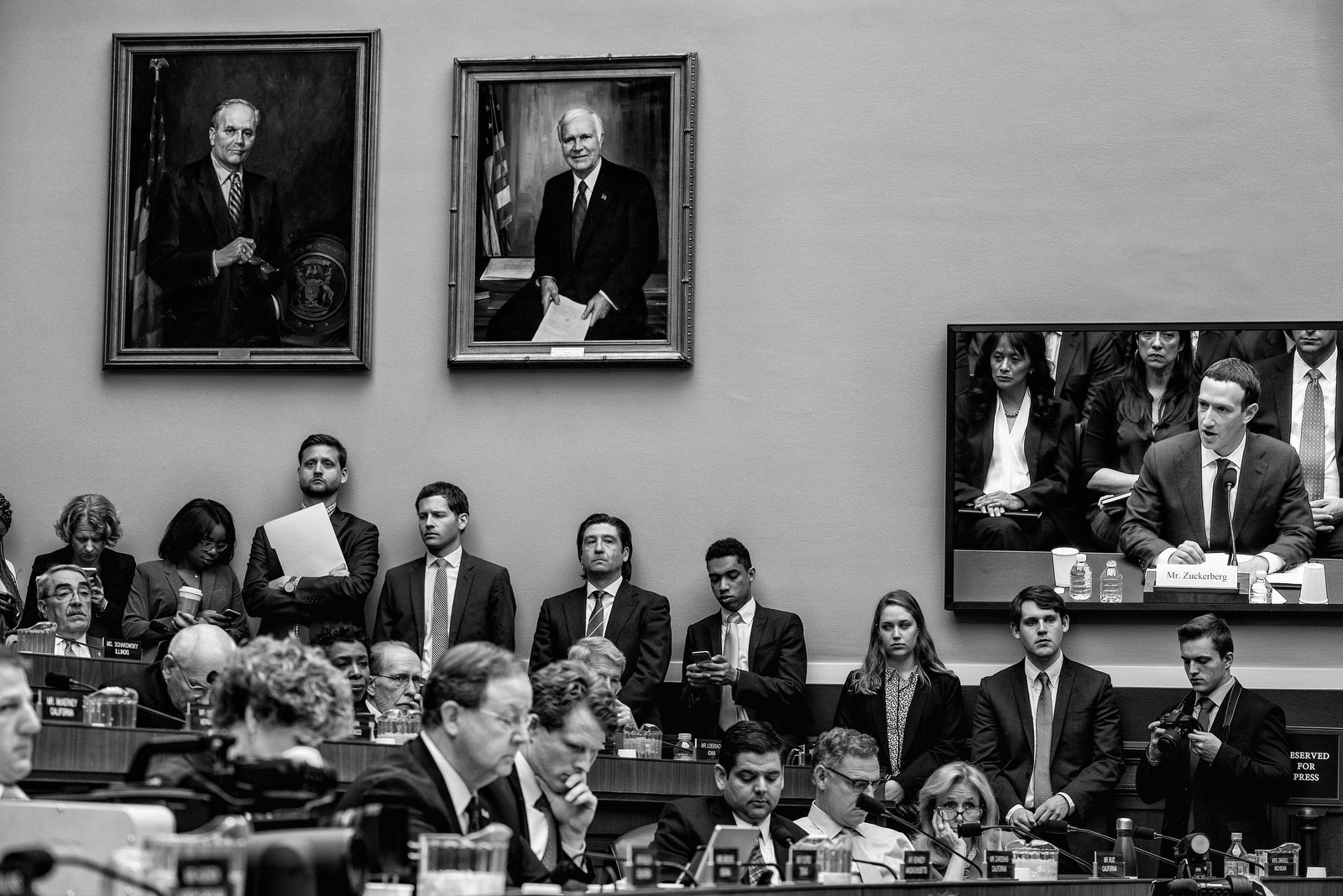 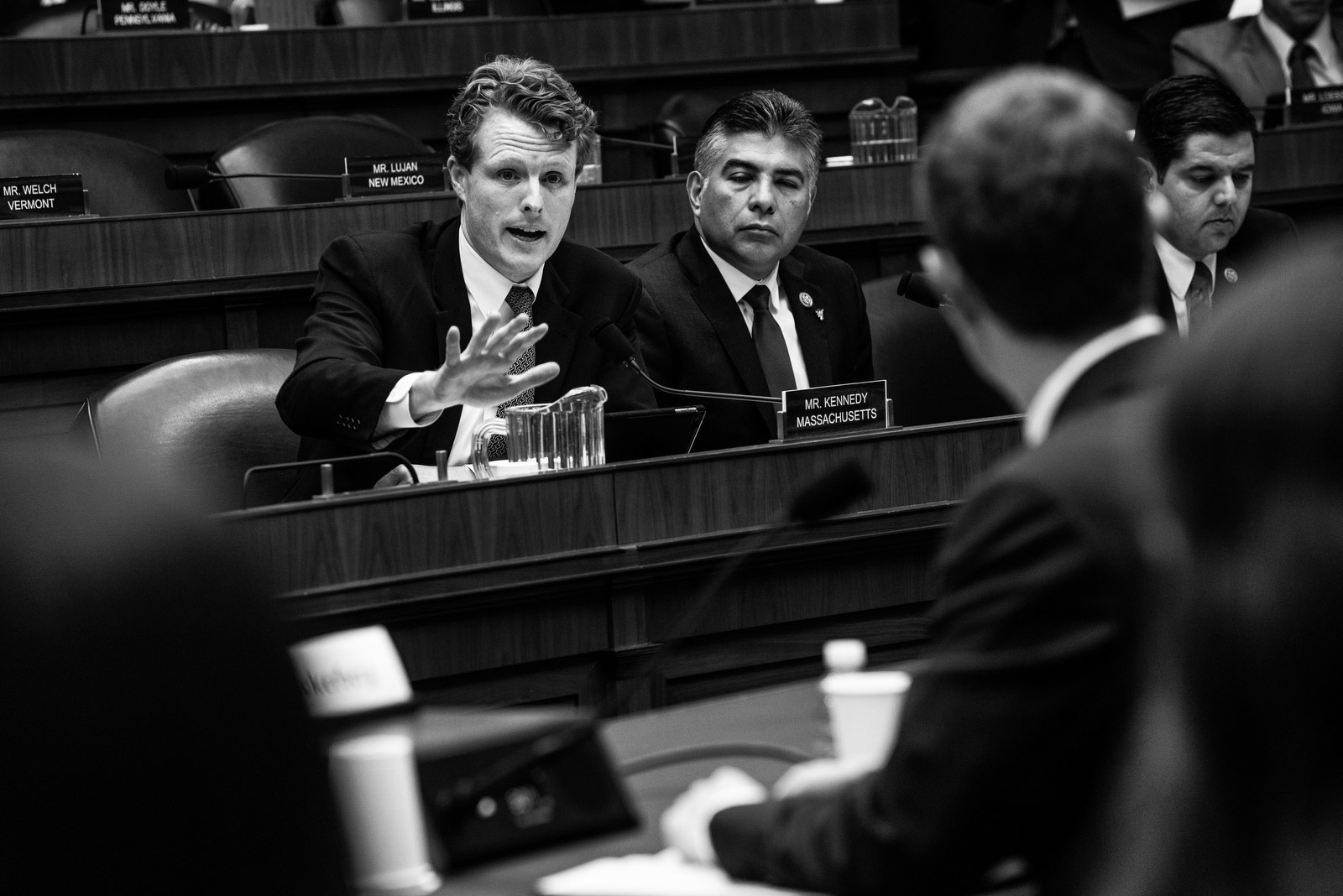 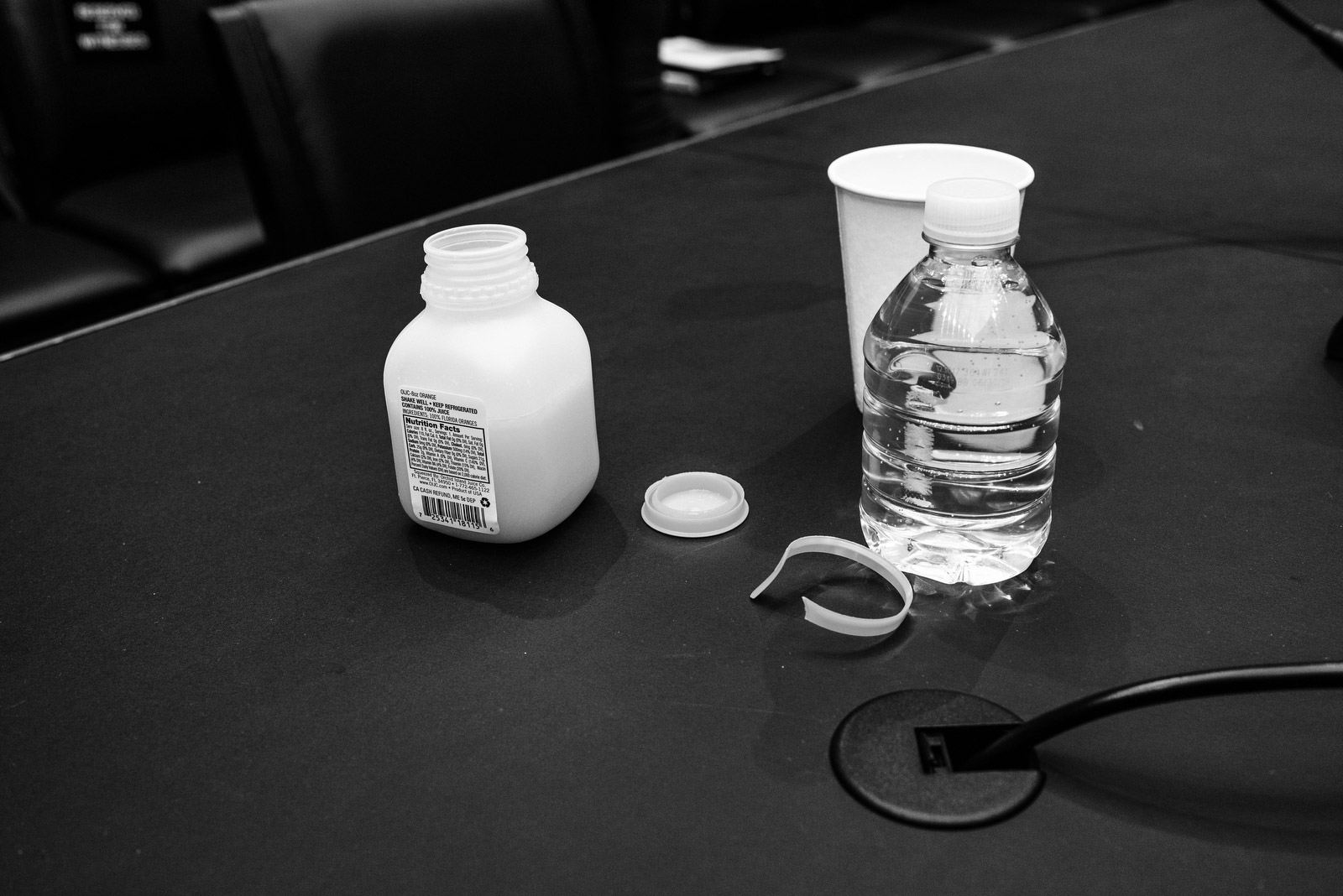 A bottle of orange juice and water are on the table where Zuckerberg testified Wednesday. 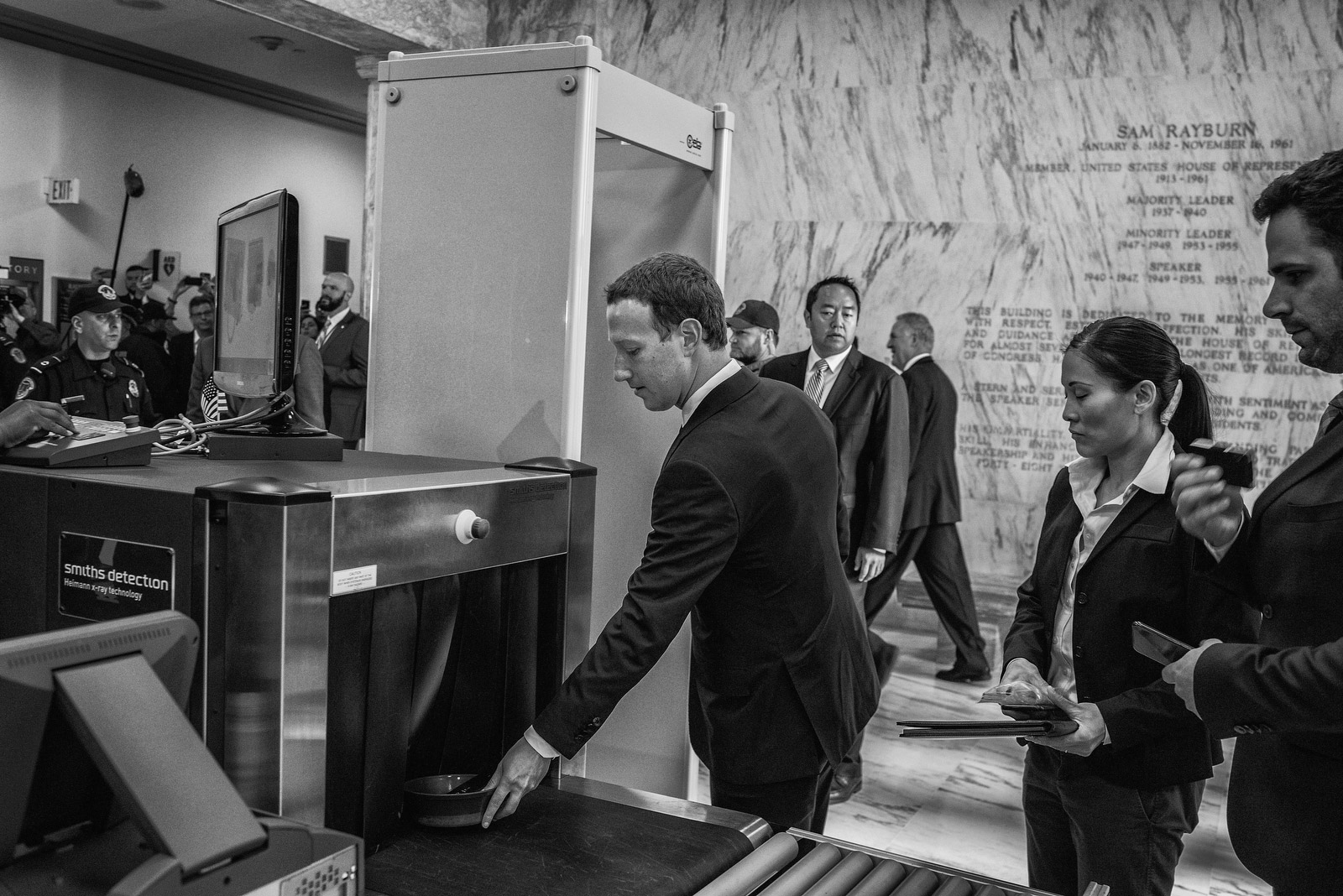 Zuckerberg goes through security at the Rayburn House Office Building on Wednesday. 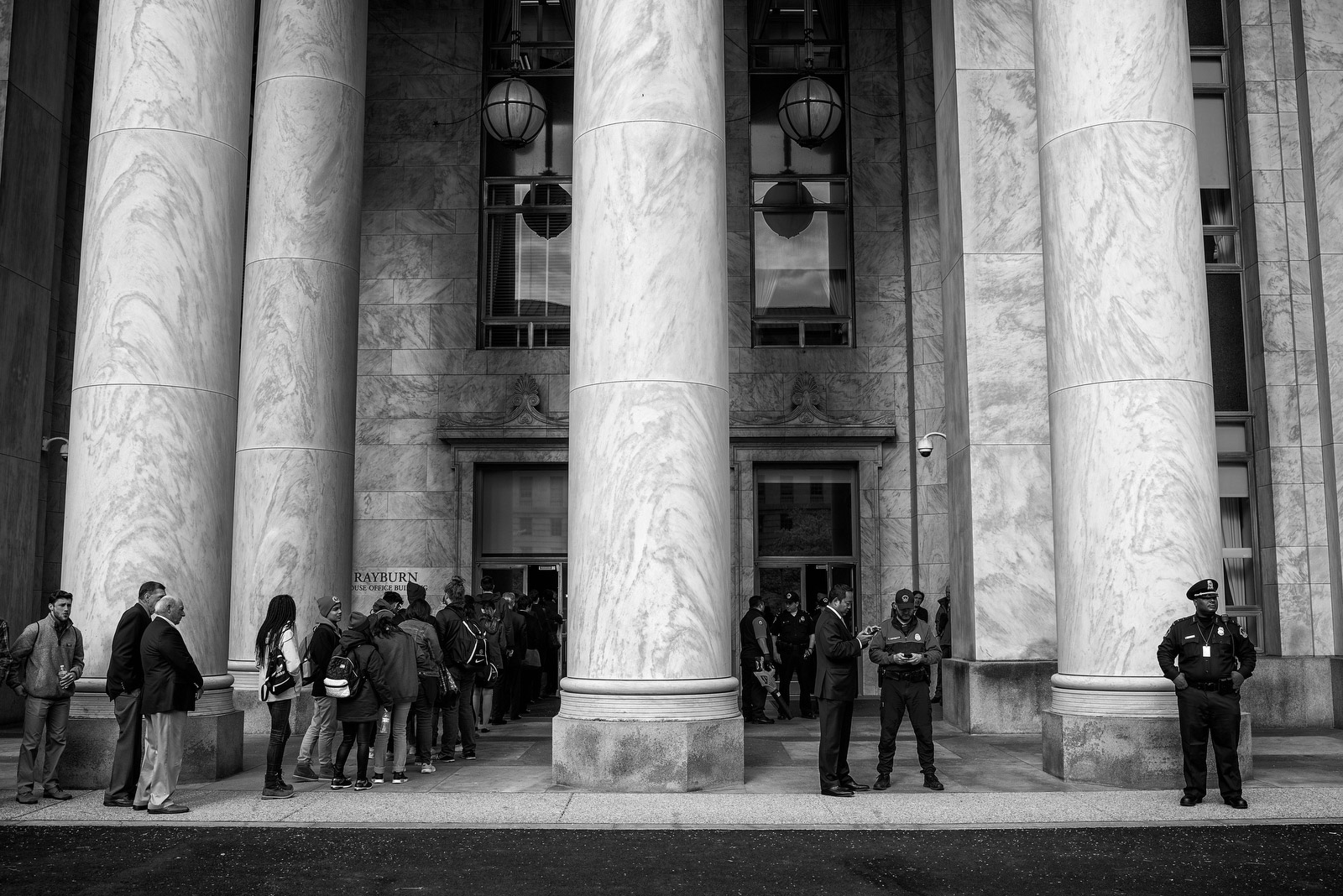 Visitors line up outside the Rayburn House Office Building prior to the second day of testimony. 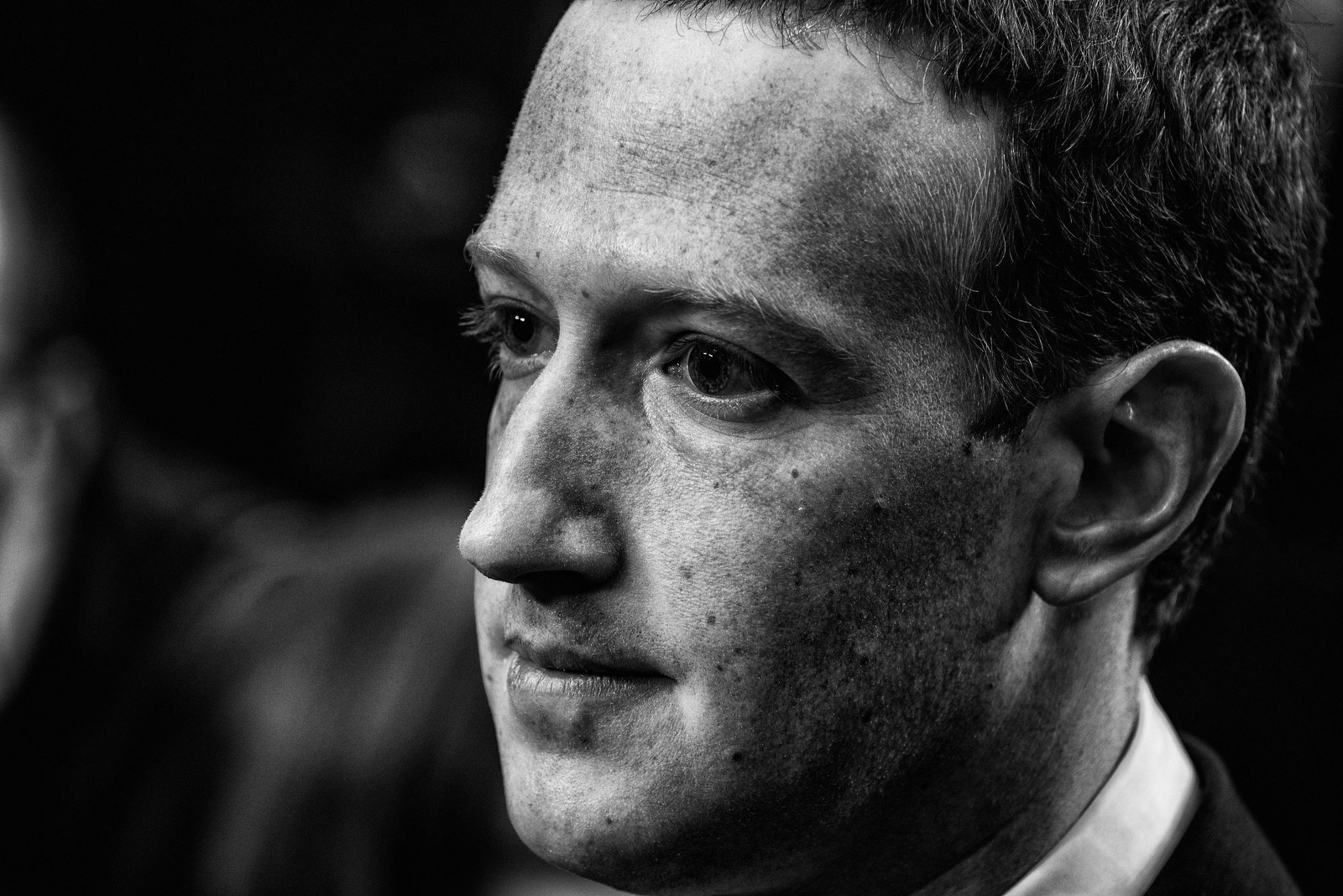 Zuckerberg arrives to testify before members of Congress on Tuesday. The 33-year-old swapped his usual T-shirt and jeans for a suit, and he appeared somber as he walked in. 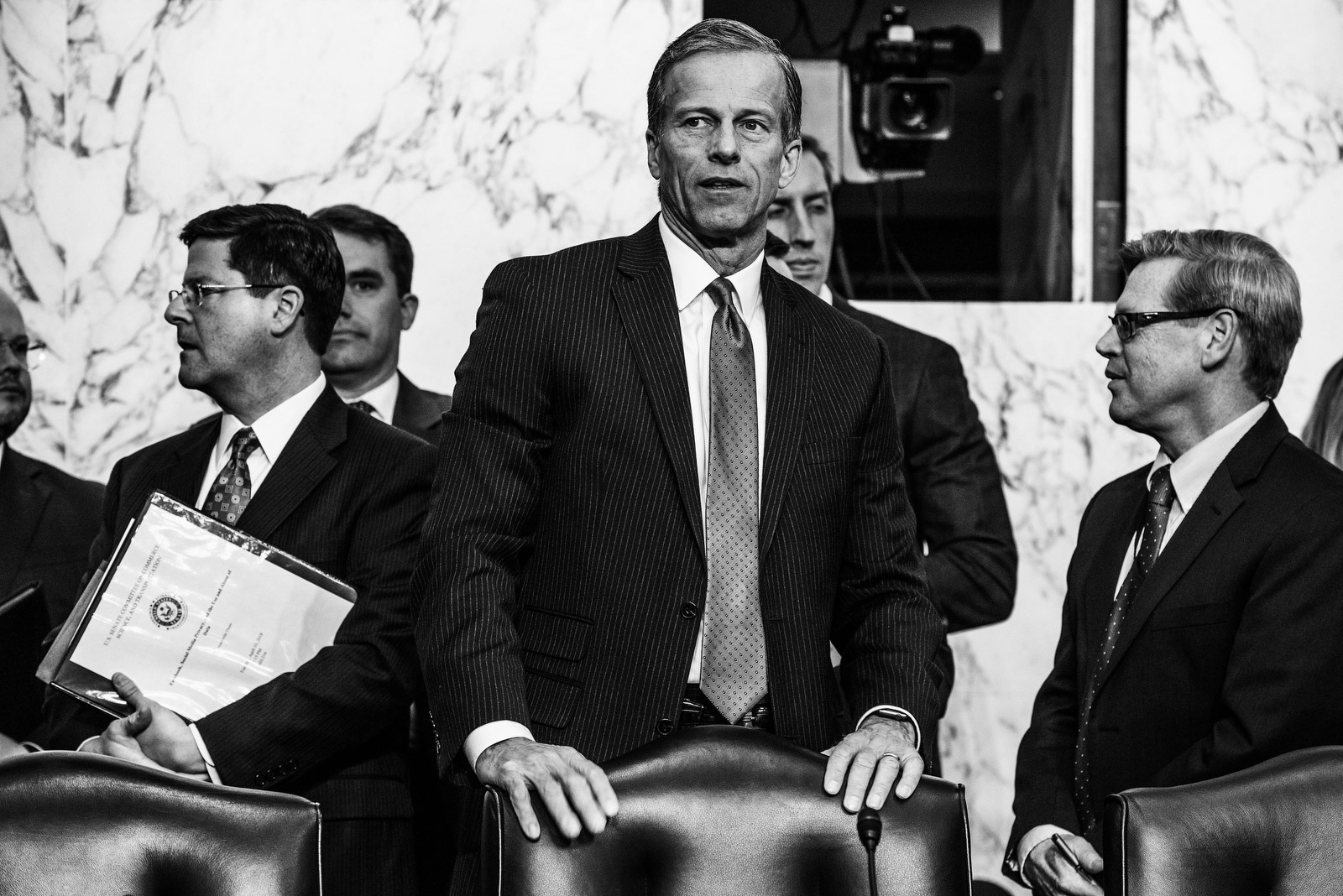 US Sen. John Thune is the chairman of the Senate Committee on Commerce, Science and Transportation. “It’s extraordinary to hold a joint committee hearing. It’s even more extraordinary to have a single CEO testify before nearly half the United States Senate,” Thune said in his opening remarks Tuesday. “Then again, Facebook is extraordinary.” 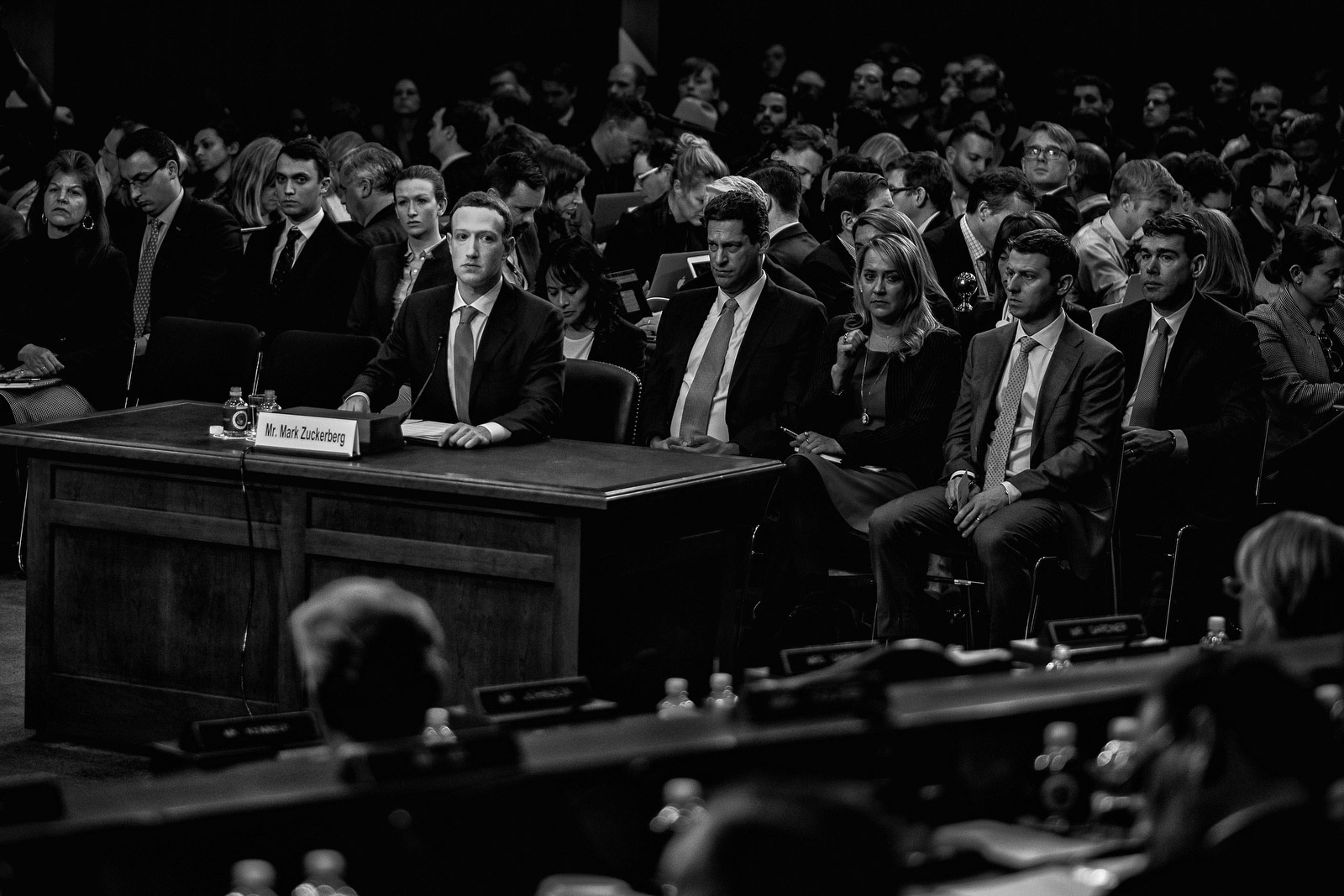 “Across the board we have a responsibility to not just build tools but to make sure that they’re used for good,” Zuckerberg said in his opening statement on Tuesday. “It will take some time to work through all the changes, but I’m committed to getting this right.” 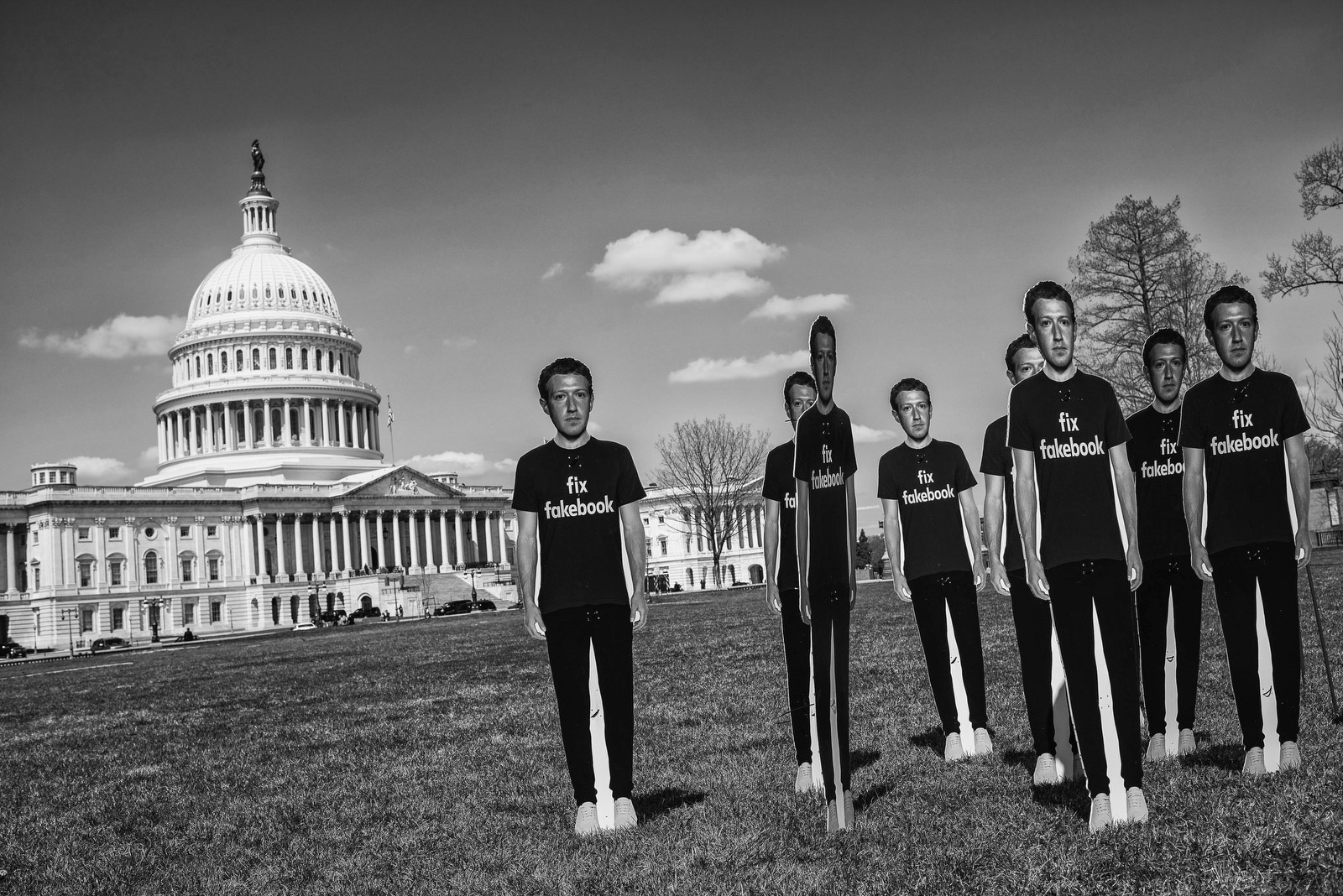 Cardboard cutouts of Zuckerberg were placed on the southeast lawn of the US Capitol by Avaaz, a group calling for more transparency from Facebook. ”It was really striking visually as the cutouts swayed in the wind and occasionally fell over,” Voss said. “I've seen very little else in the way of protesters or demonstrations.” 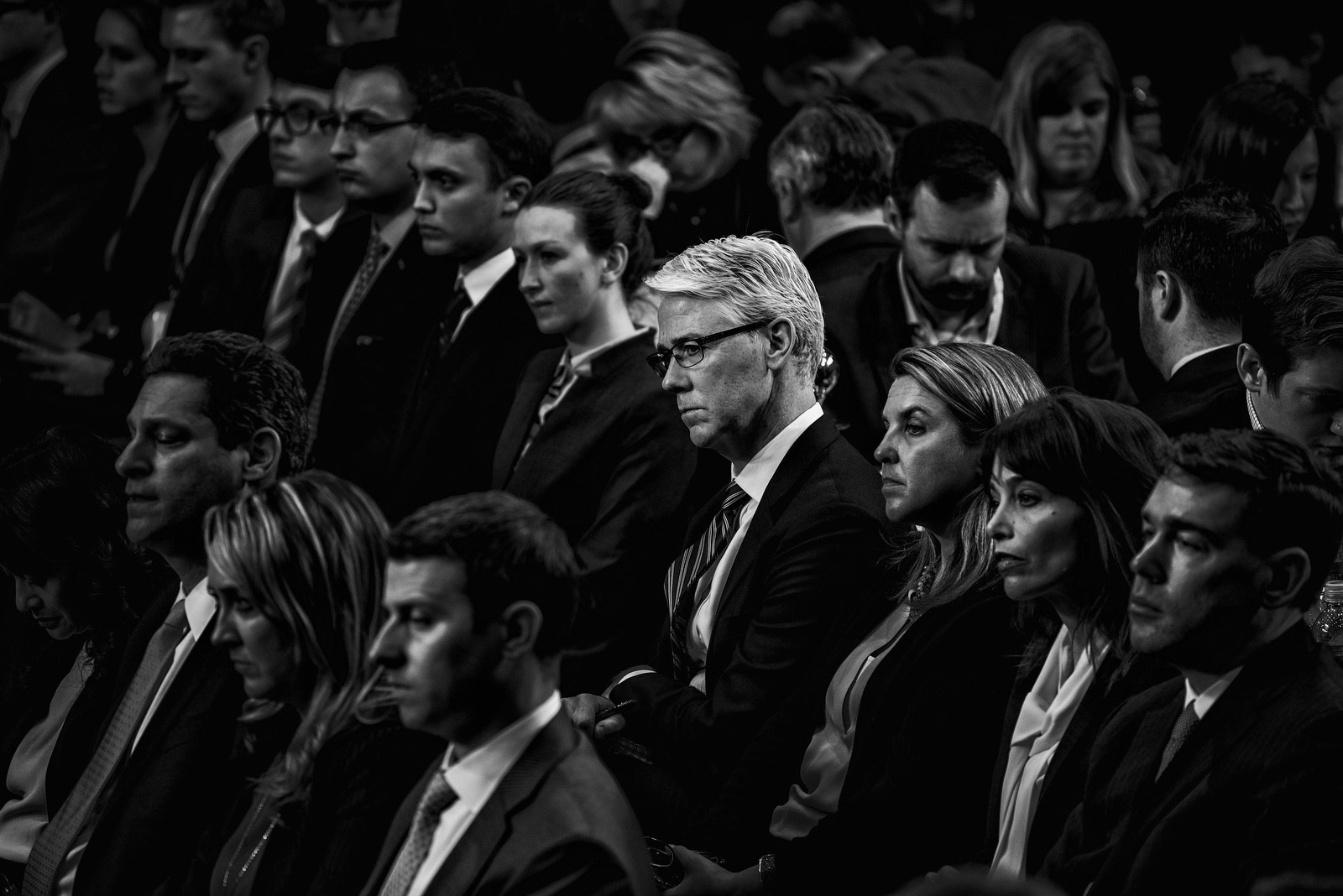 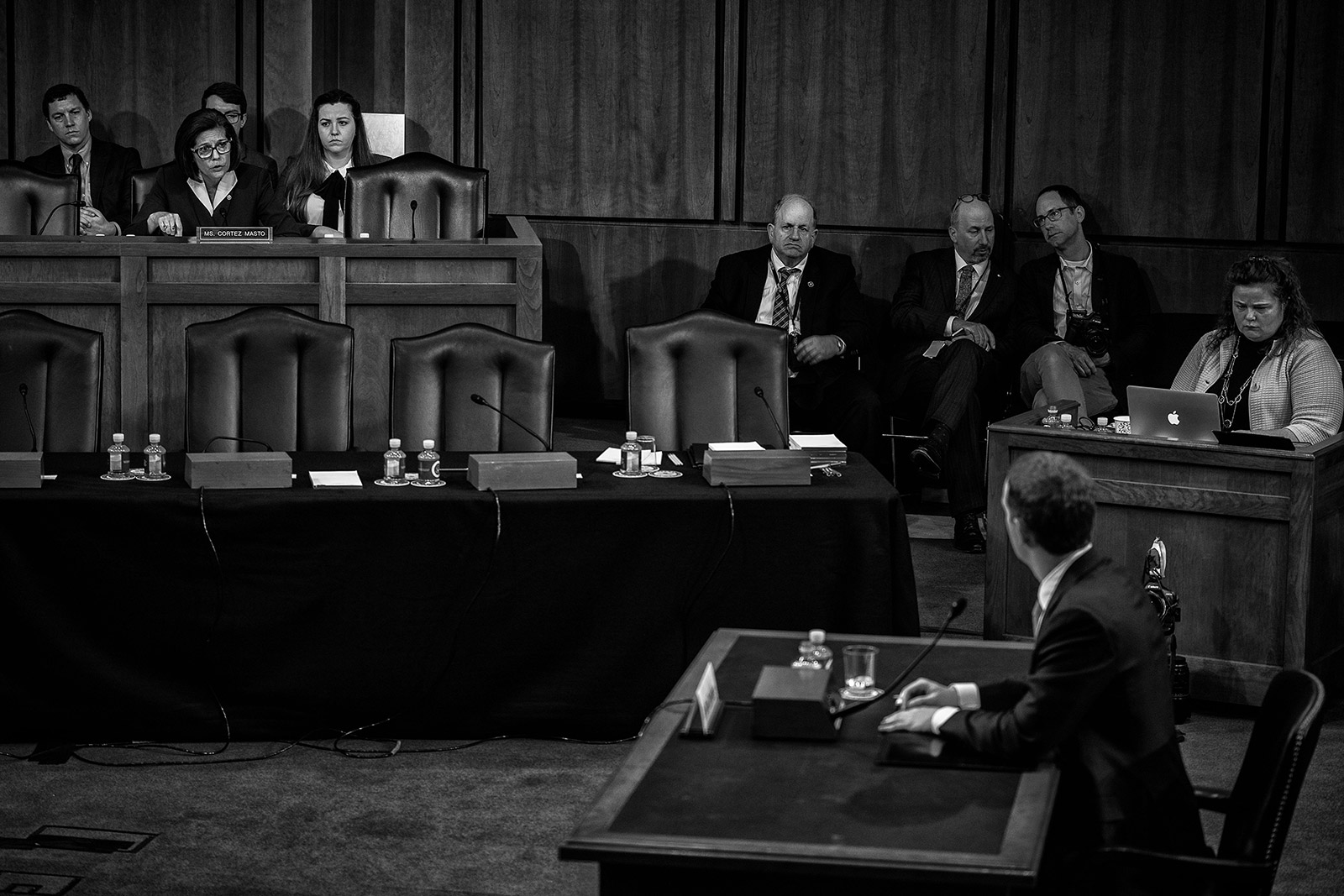 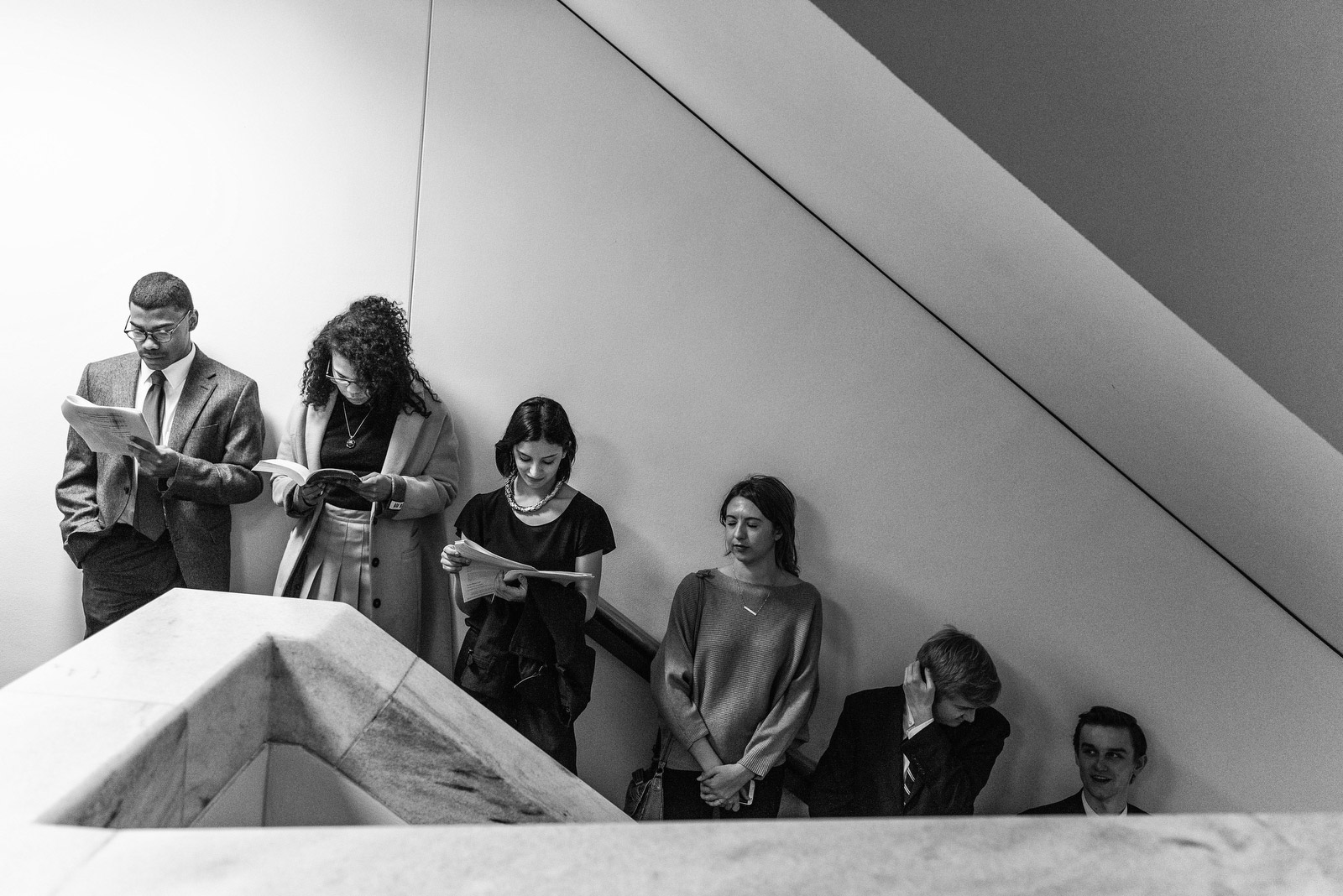 Hearing attendees line up outside the hearing room at the Hart Senate Office Building. 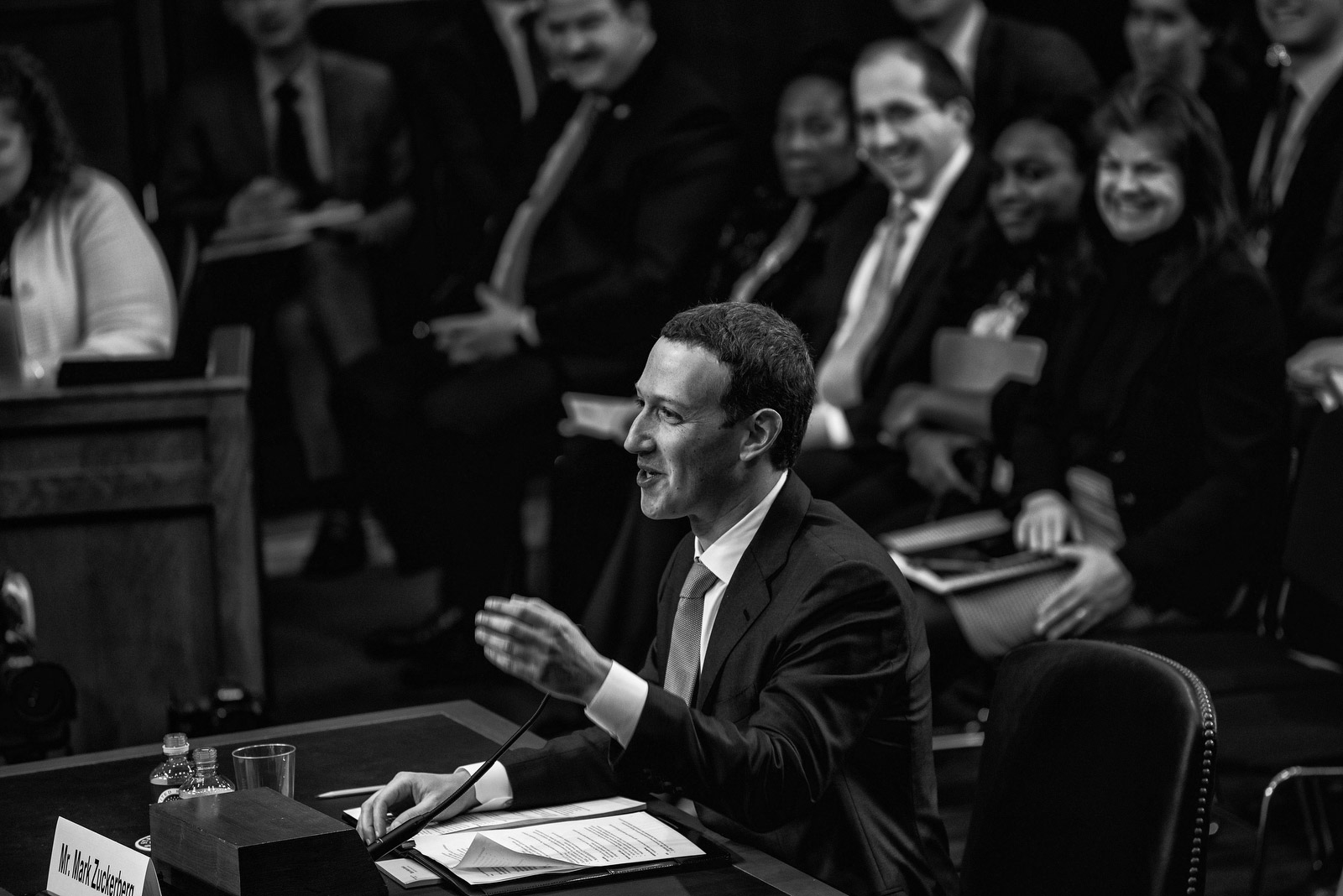 Zuckerberg “seemed fairly comfortable answering the questions,” Voss said on Tuesday. “It was interesting that about two hours into the hearing, he was offered a break and he declined, saying he could continue taking a few more questions.” 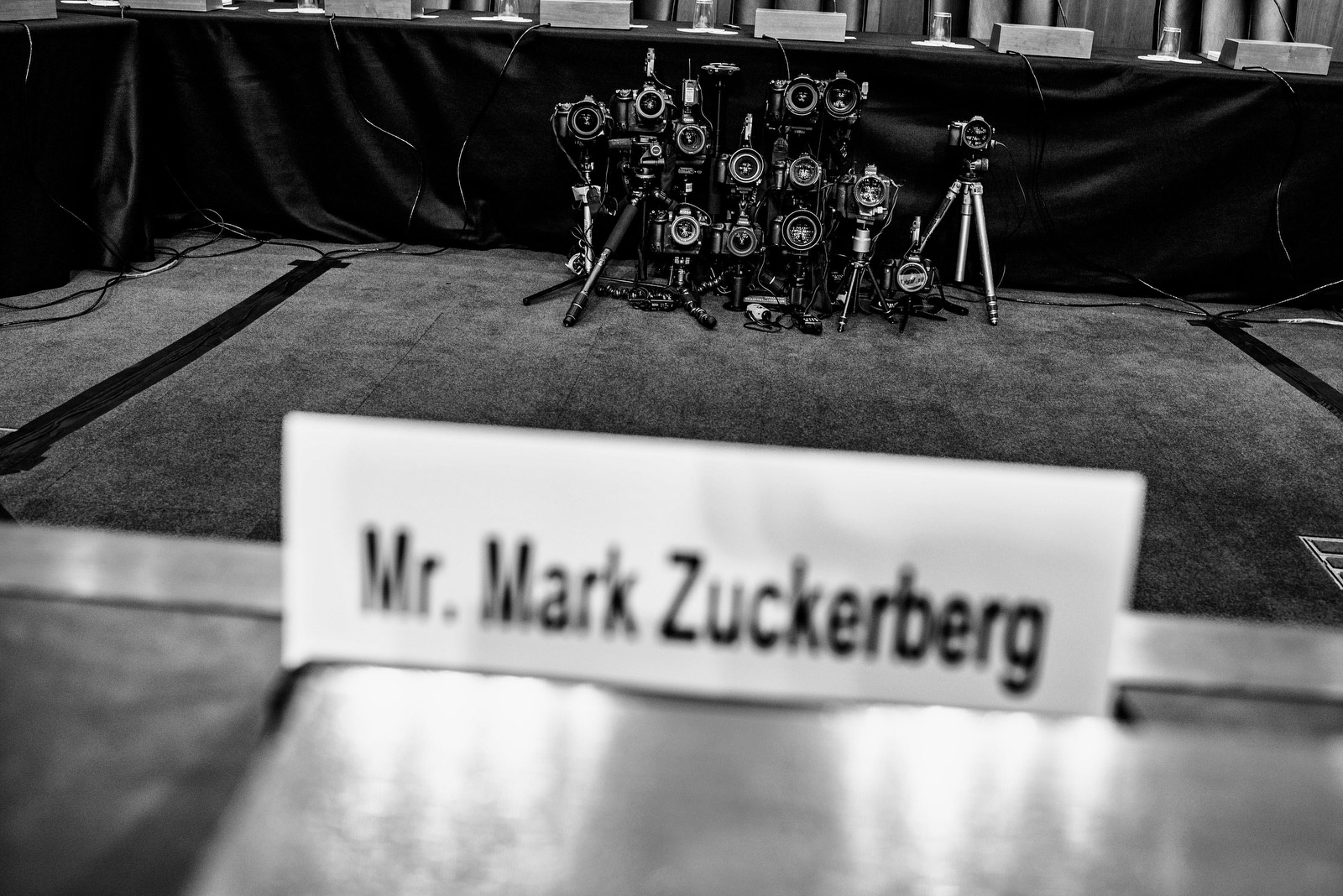 Cameras are set in the well of the hearing room at the Hart Senate Office Building. 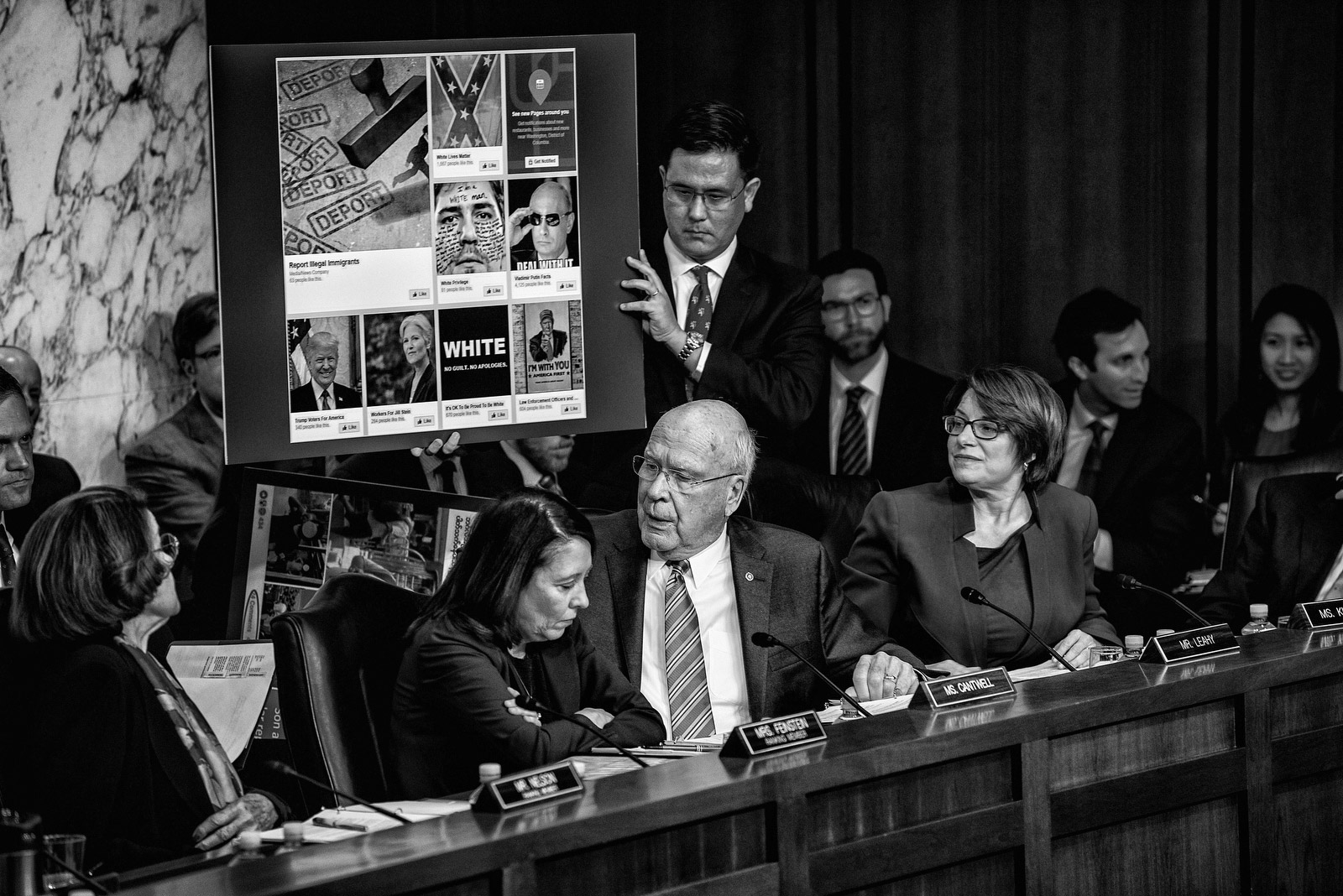 US Sen. Patrick Leahy, front center, displays images that are currently on Facebook as he questions Zuckerberg on Tuesday. 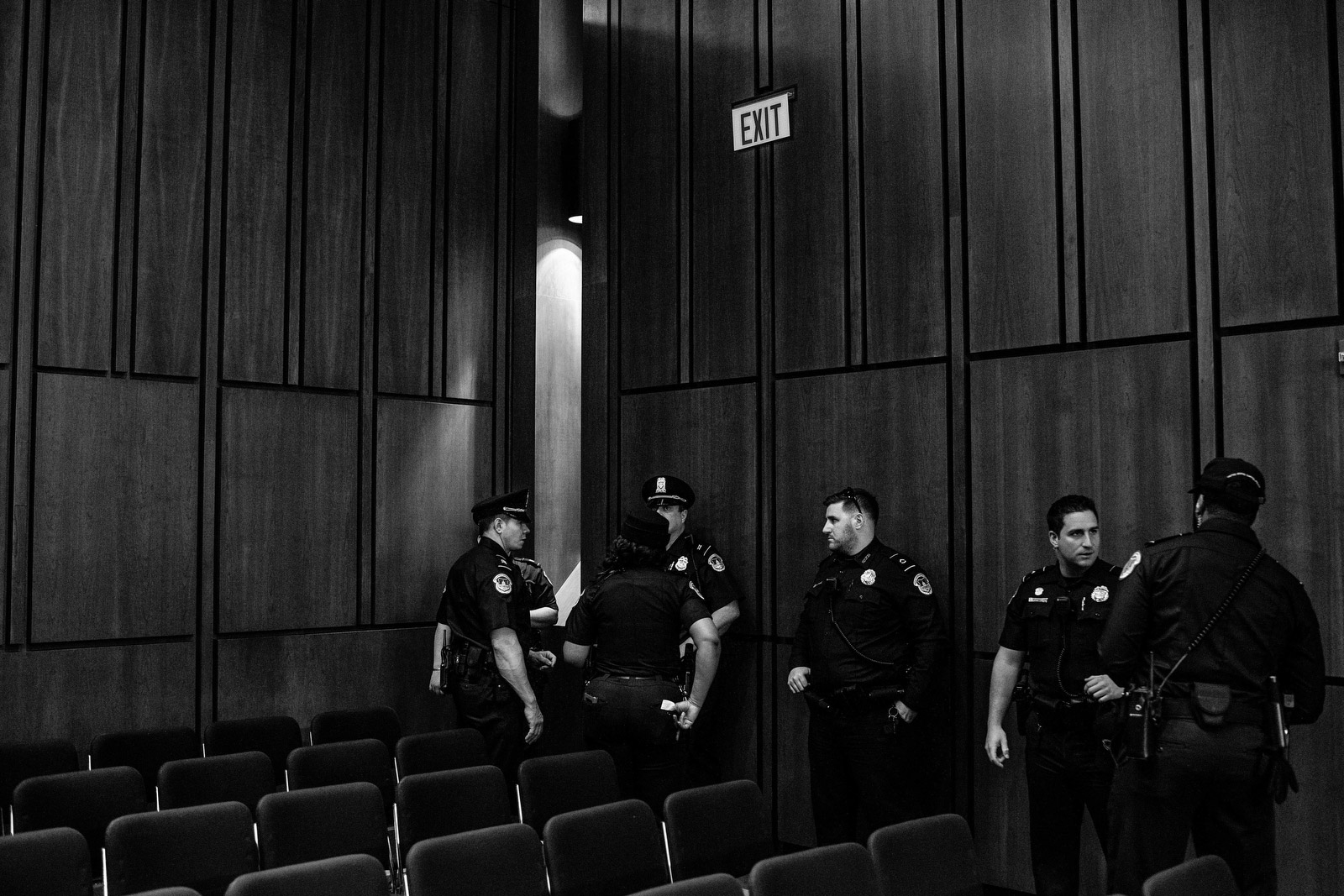