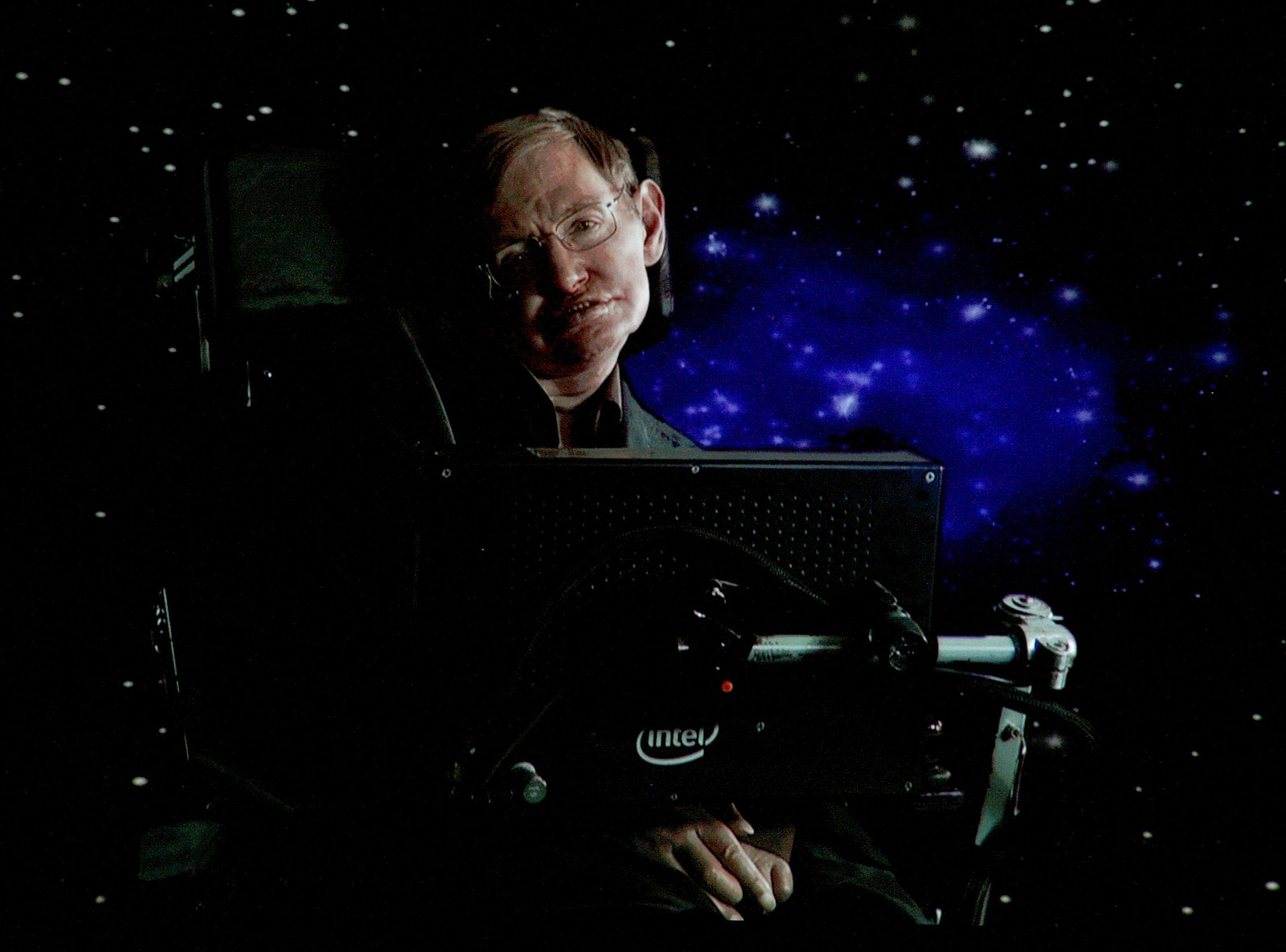 Beloved scientist Stephen Hawking, who overcame a debilitating disease to continue probing the mysteries of the universe, died Wednesday at the age of 76.

Hawking authored numerous books throughout his career and gave guest lectures around the world despite being paralyzed from amyotrophic lateral sclerosis, commonly known as ALS or Lou Gehrig’s Disease. His perseverance and humor resonated with fans as much as his work.

“However difficult life may seem, there is always something you can do and succeed at. It matters that you don’t just give up,” Hawking said during a speech at Oxford University in 2016. 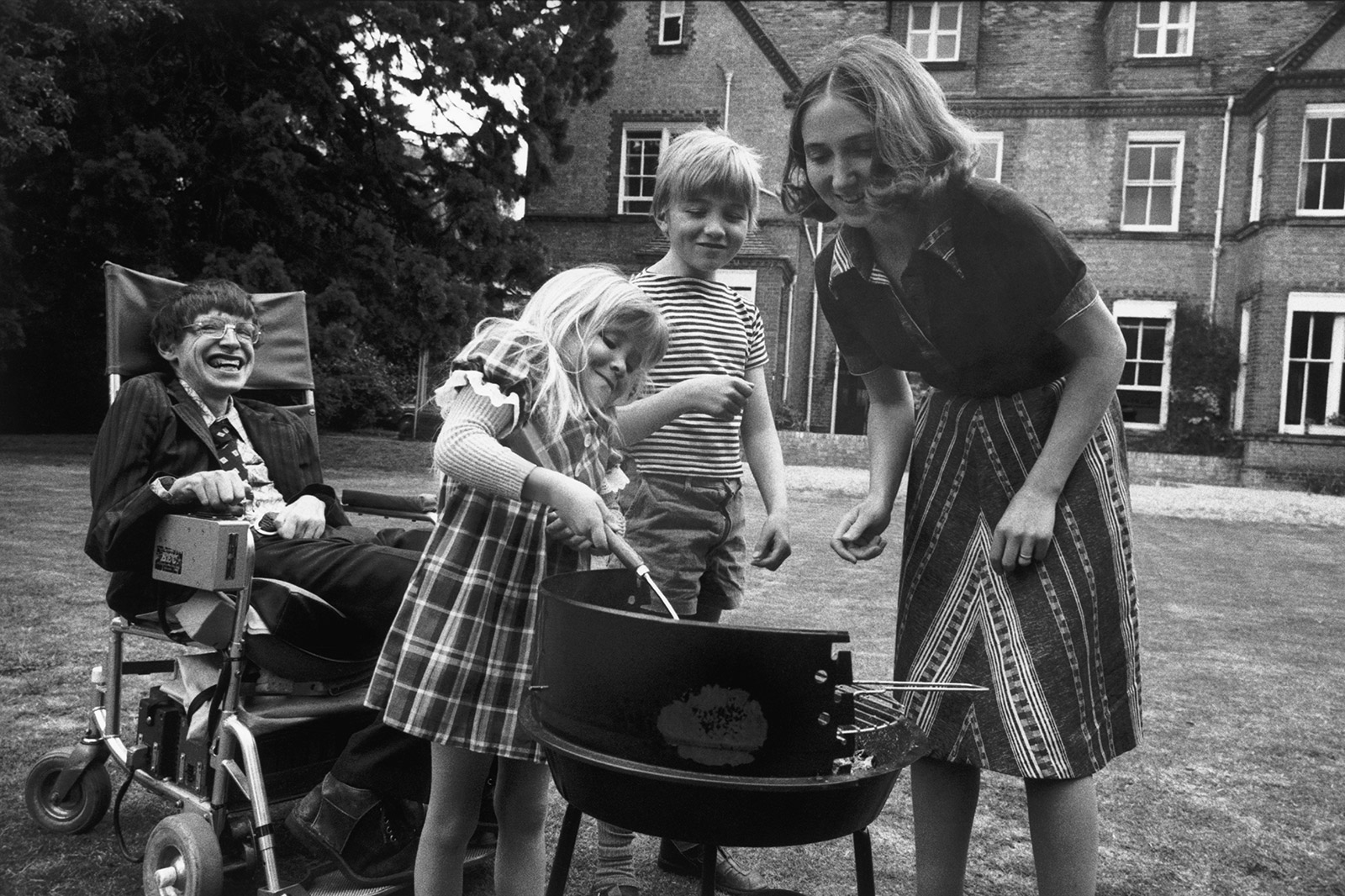 Hawking, left, enjoys a cookout with his family in Cambridge, England, in 1977. He married Jane Wilde, right, in 1965 — two years after he was diagnosed with ALS. The two had three children together — Jane, Robert and Tim — before divorcing in 1995. Ian Berry/Magnum Photos 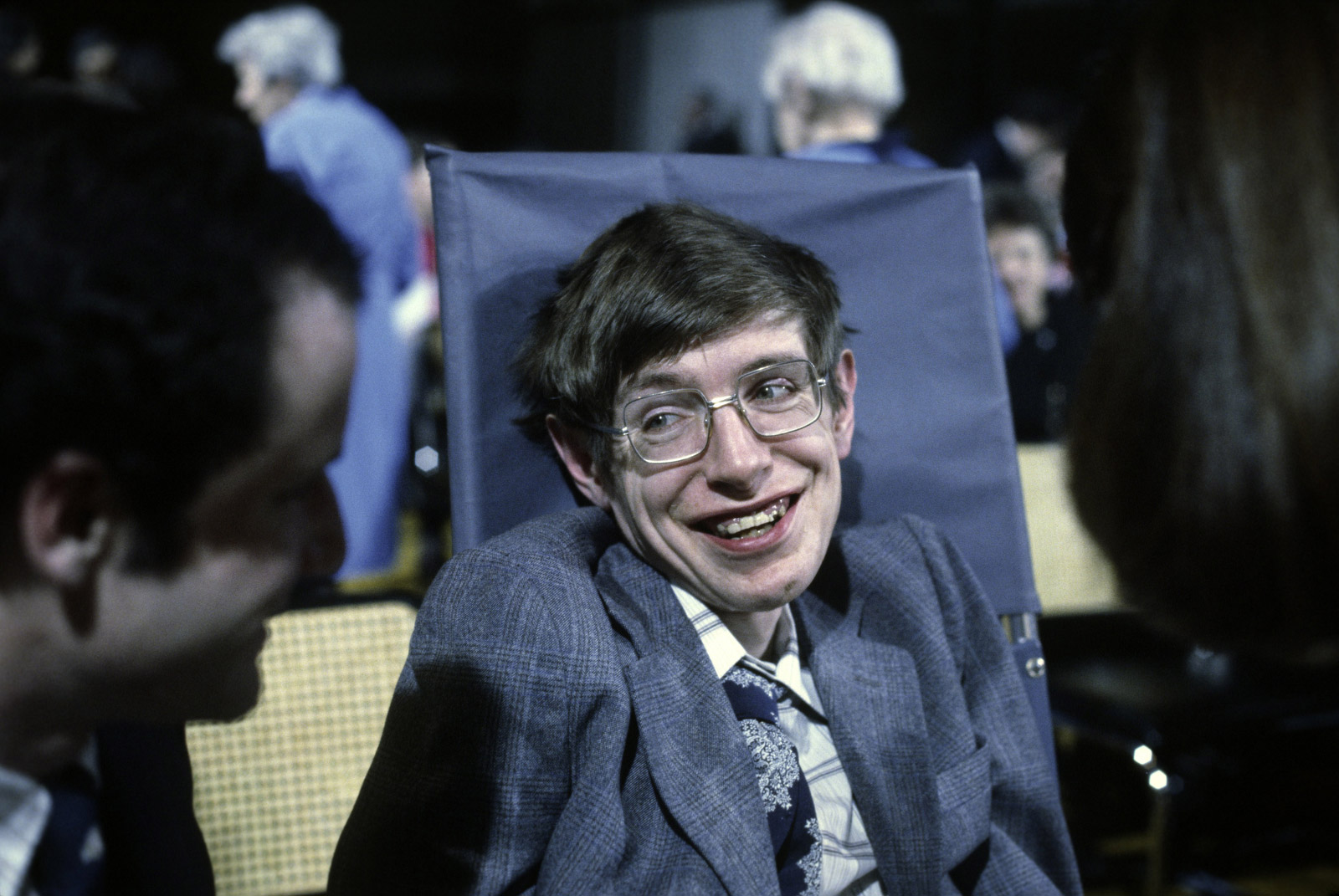 In 1979, Hawking became the 17th Lucasian professor of mathematics at Cambridge University. The prestigious post was once held by Sir Isaac Newton. Santi Visalli/Getty Images 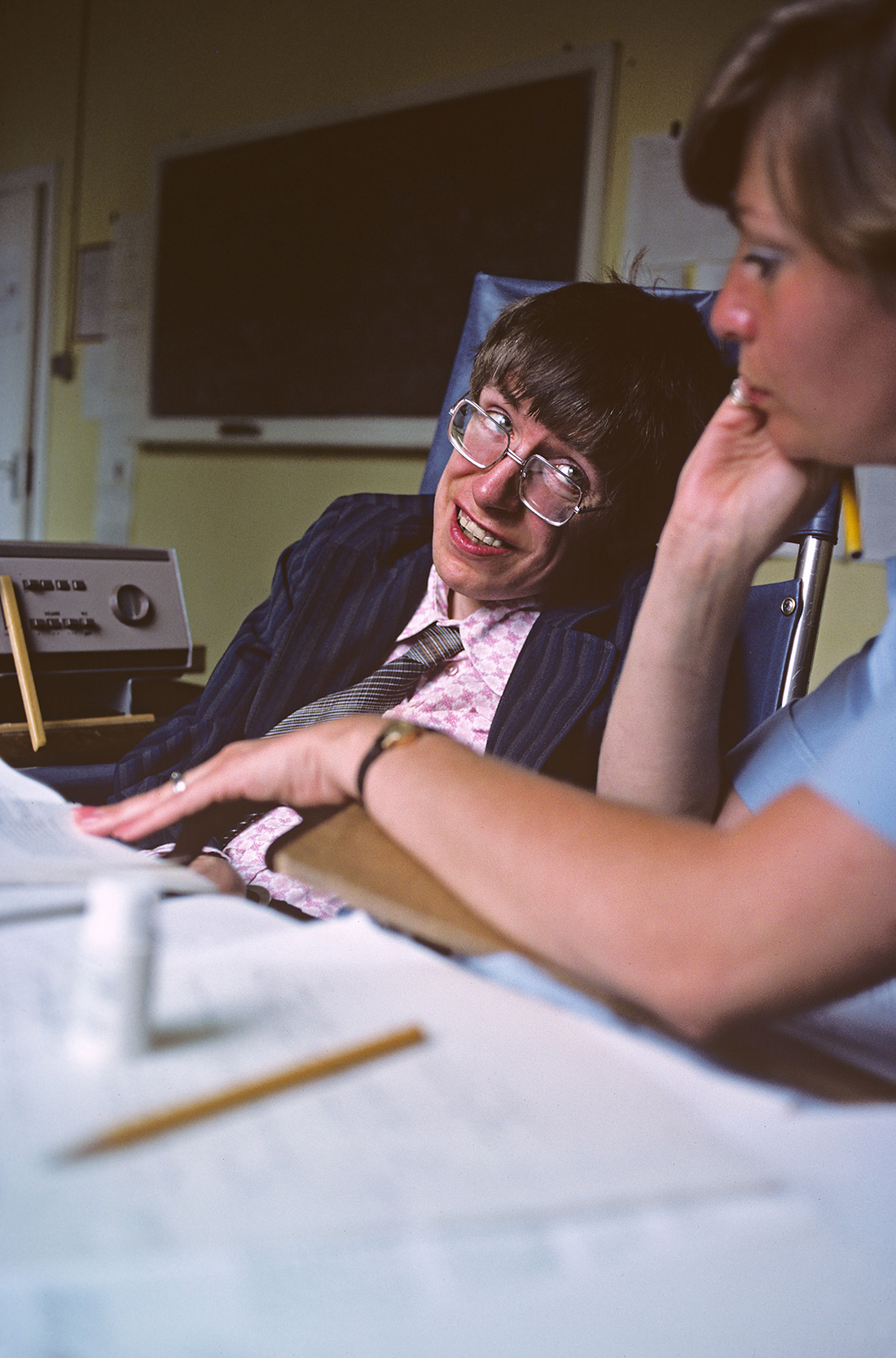 Hawking, seen here with his secretary in 1986, was known for his wit and humor as well as his intellect. Read some of his most famous quotes. Ian Berry/Magnum Photos 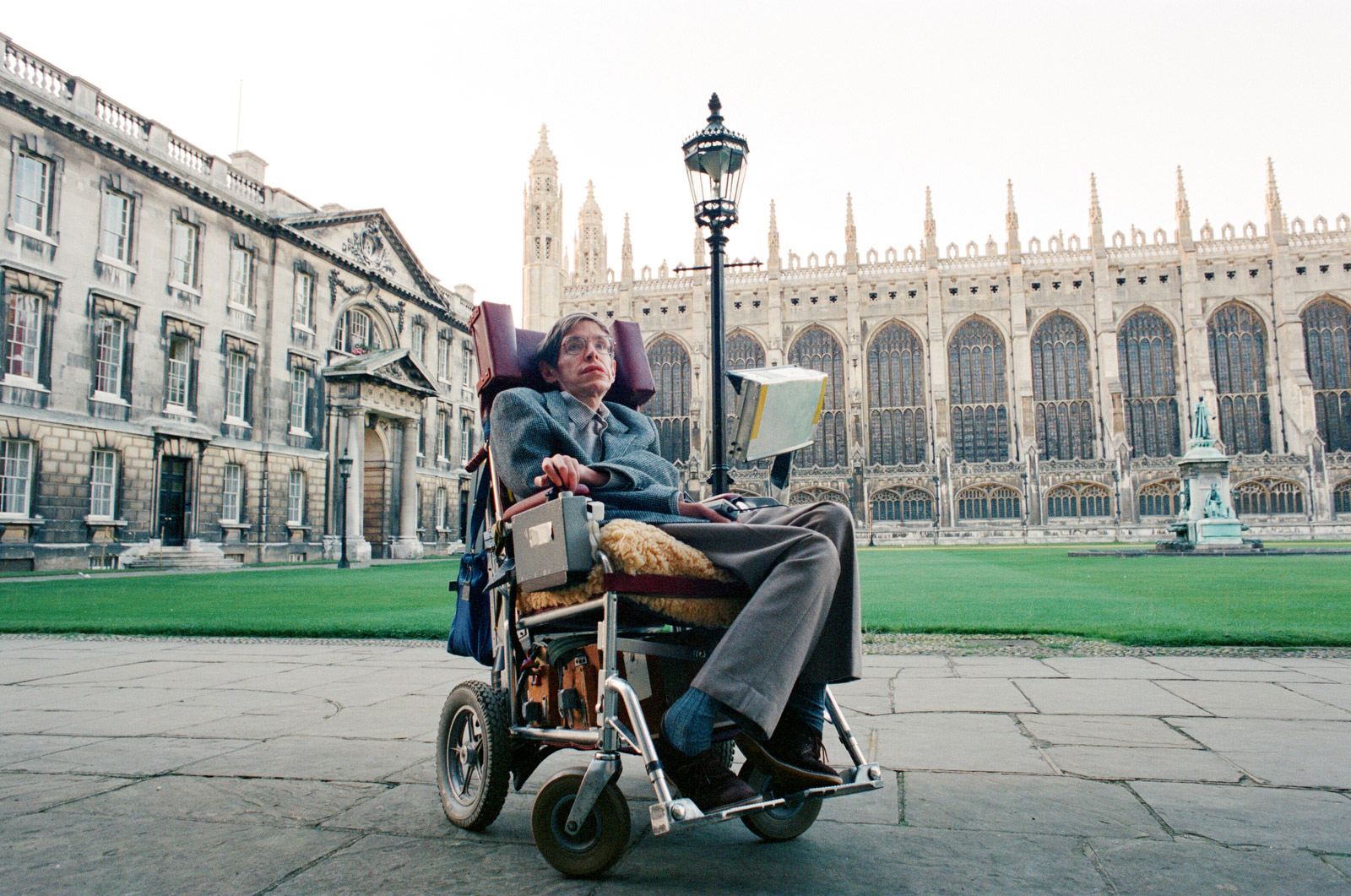 Hawking was diagnosed with ALS when he was 21 years old, and he was initially only given a few years to live. The disease left him wheelchair-bound and paralyzed. He was able to move only a few fingers on one hand, and he was often dependent on others or on technology. Hawking used a speech synthesizer that allowed him to speak in a computerized voice with an American accent. Brian Randle/Mirrorpix/Getty Images 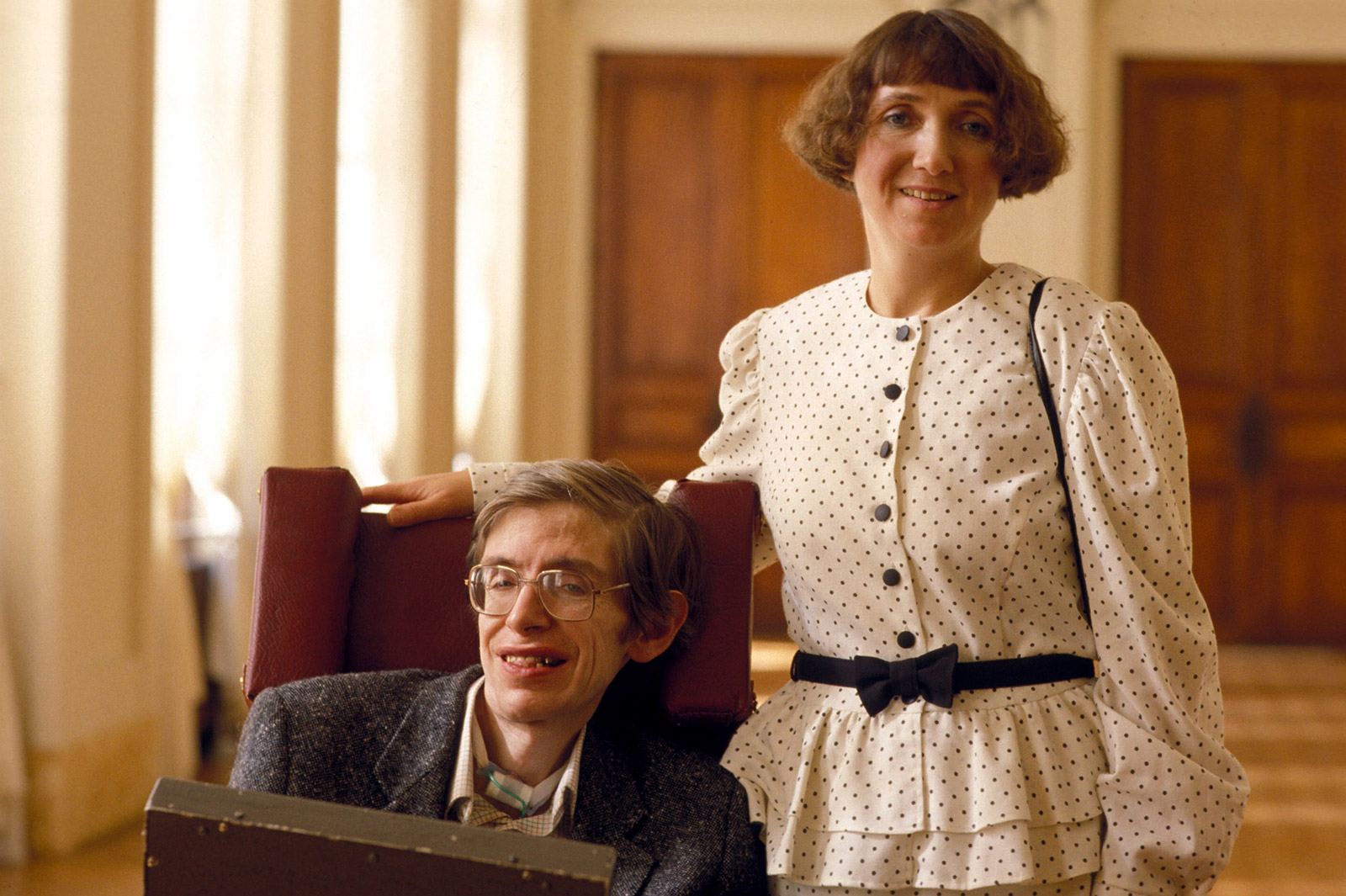 Hawking and his first wife, Jane, pose for a photo in Paris in 1989. Gilles Bassignac/Gamma-Rapho/Getty Images 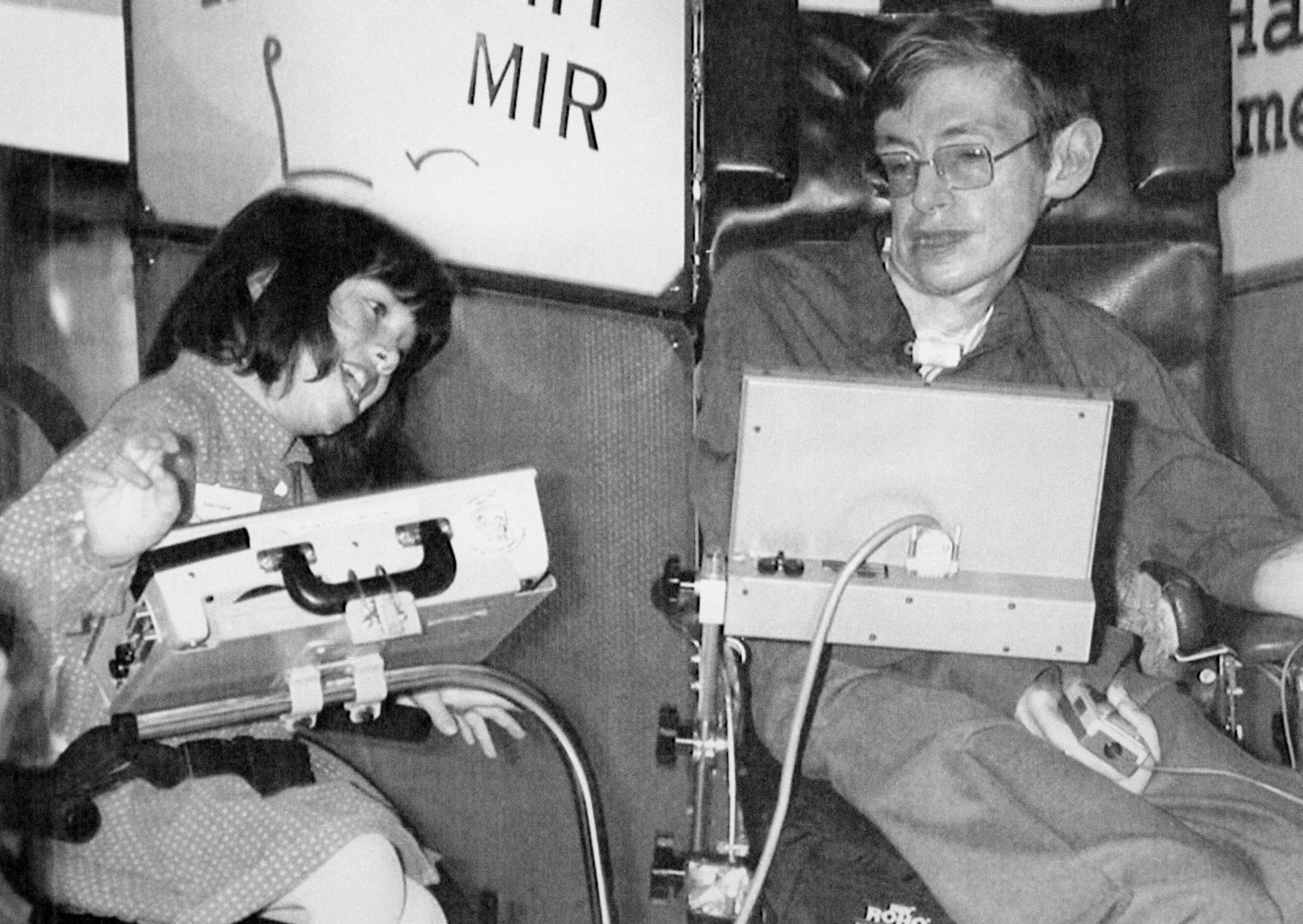 Hawking interacts with a child while opening an exhibition at a science museum in 1993. PA Images/Getty Images 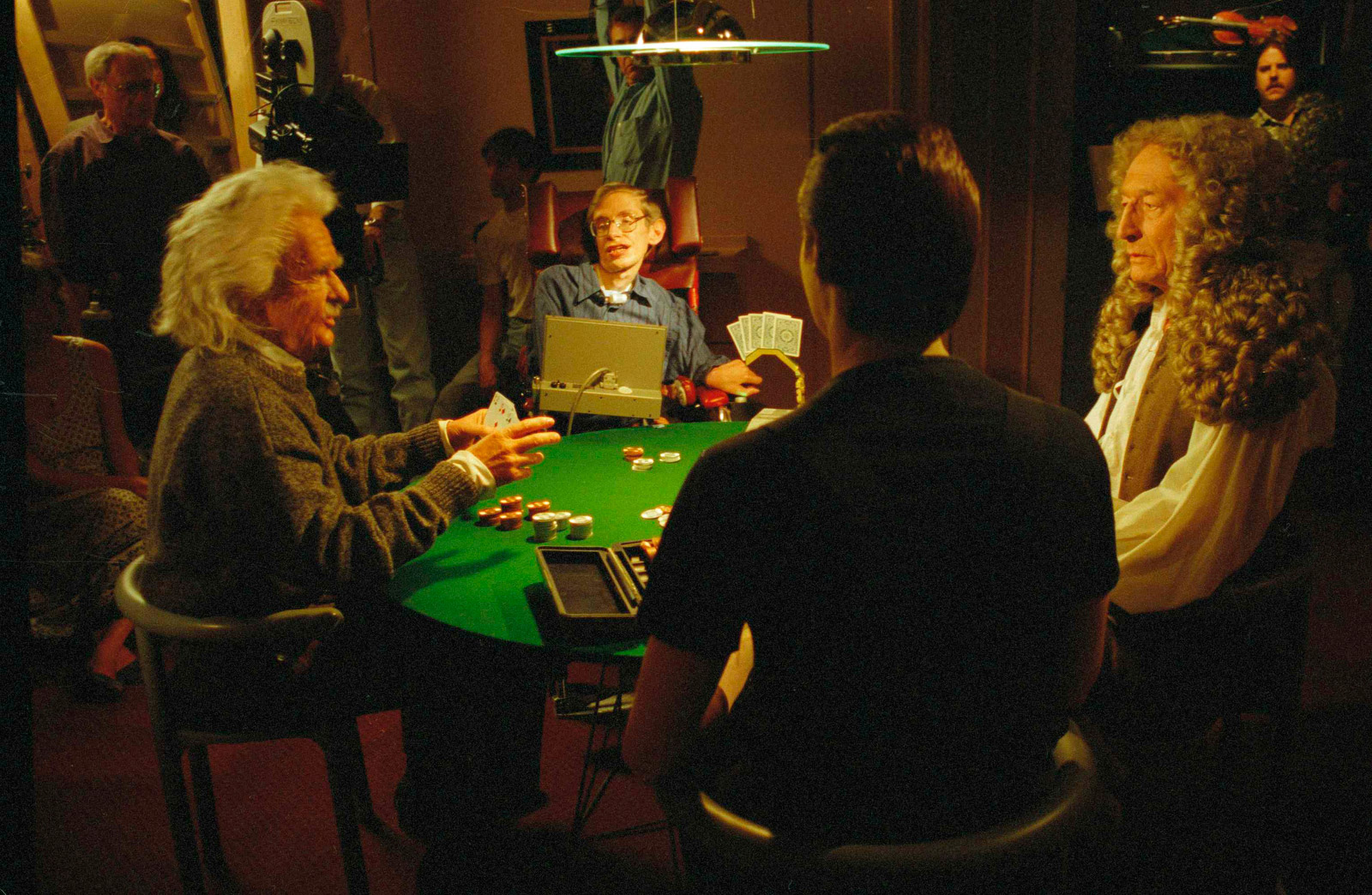 Hawking makes a guest appearance on an episode of “Star Trek: The Next Generation” in 1993. Hawking was playing himself in a scene that also included portrayals of Albert Einstein and Sir Isaac Newton. Julie Markes/AP 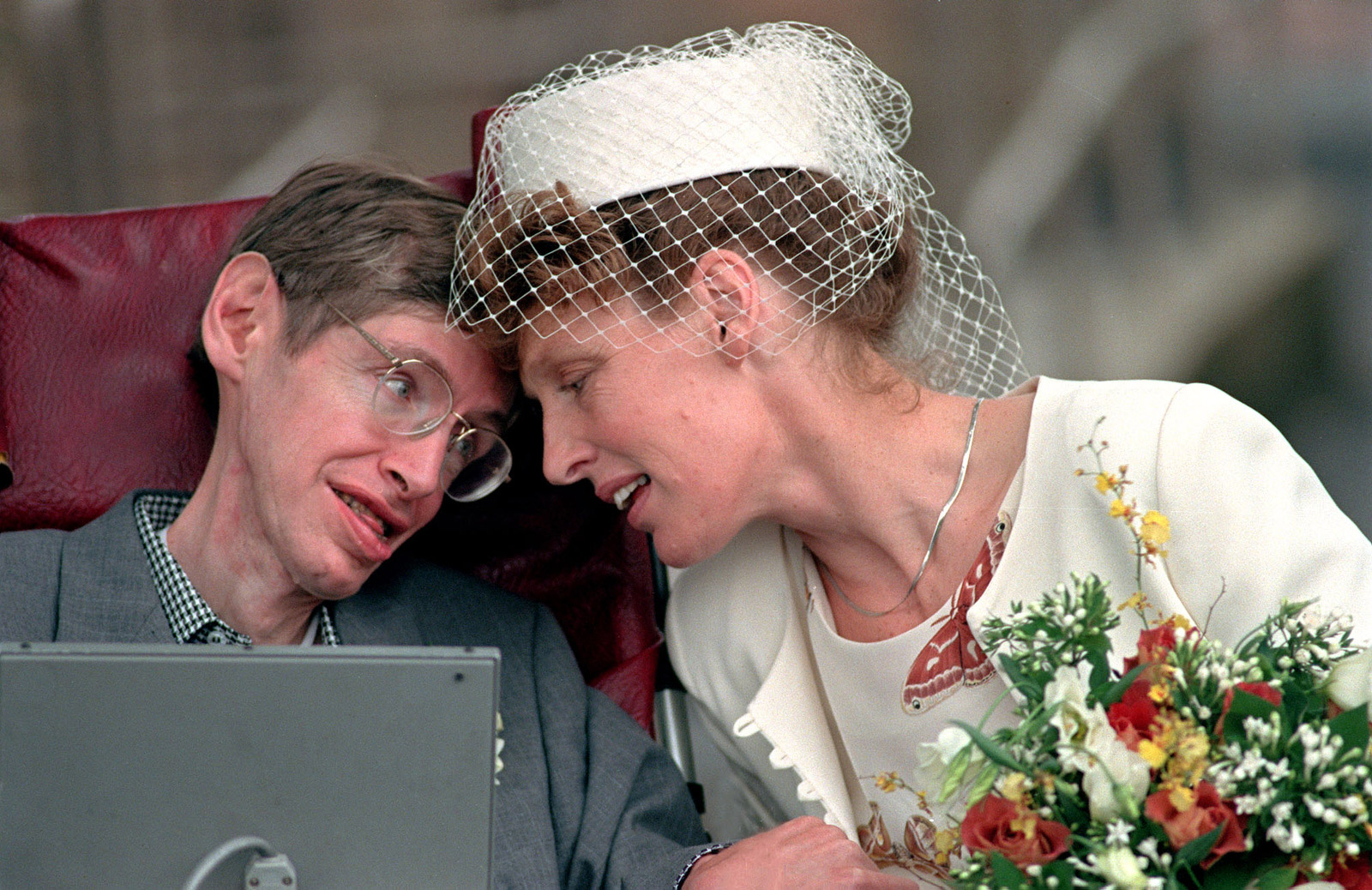 In 1995, Hawking married his second wife, Elaine Mason. She was one of his former nurses. They were divorced in 2006. Tim Ockenden/PA Images/Getty Images 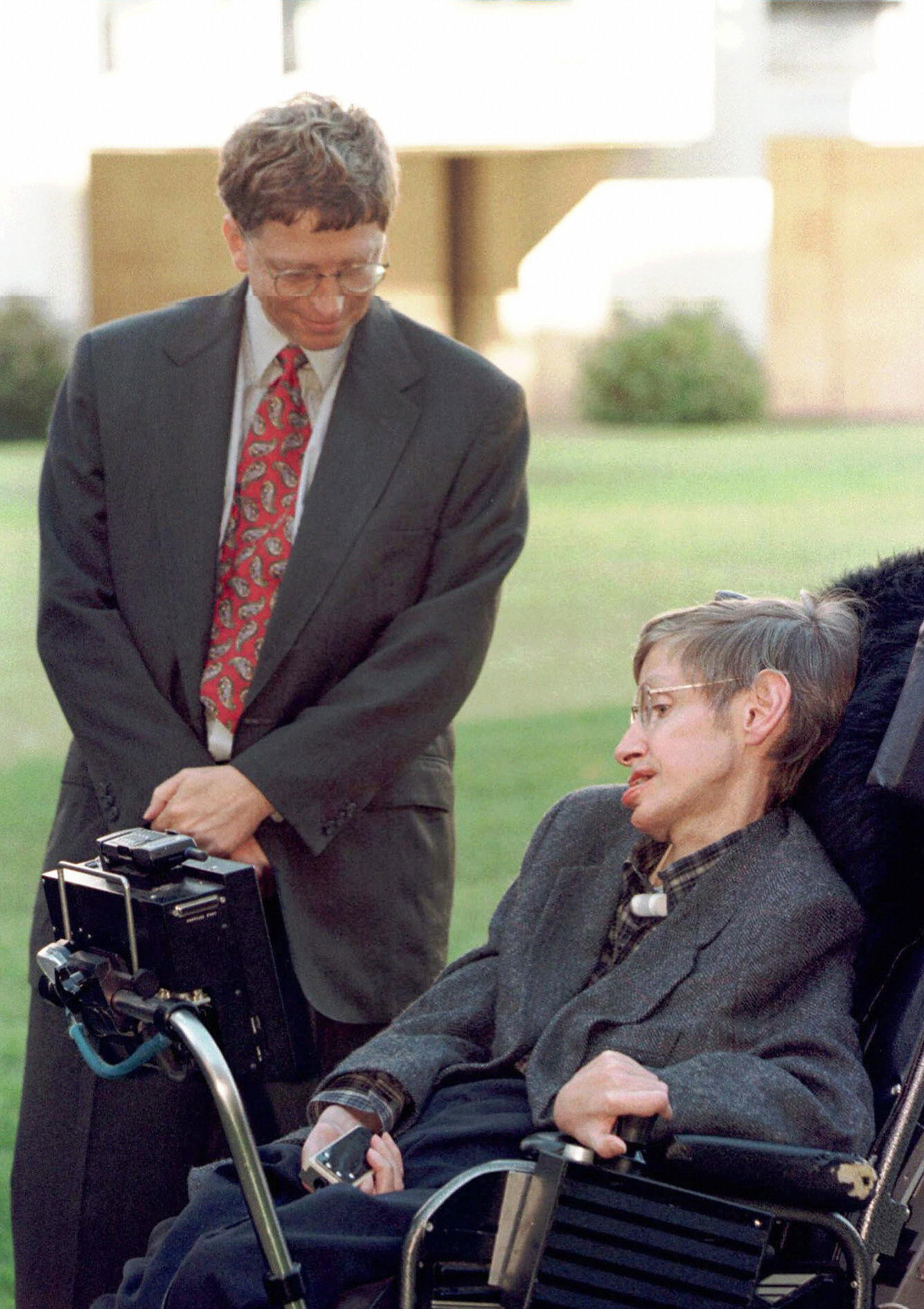 Hawking meets Microsoft President Bill Gates, who was visiting Cambridge University in 1997. Microsoft had announced funding for a new research center to be based in Cambridge, and Gates was also donating millions of his own dollars. Findlay Kember/AFP/Getty Images 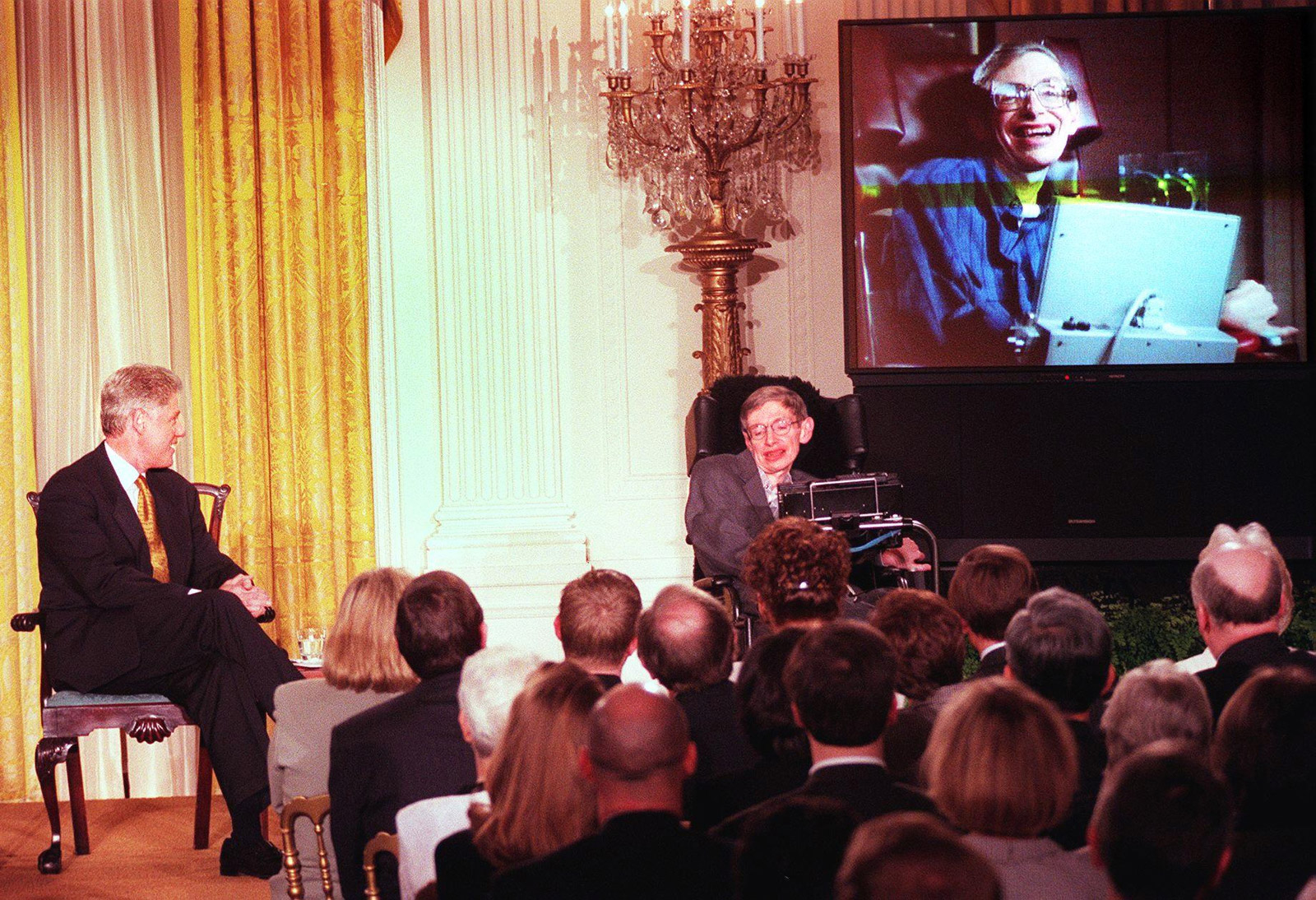 Hawking visited the White House for a “Millennium Evening” event in 1998. He talked about the future of science during a live telecast that also included US President Bill Clinton, left. Tim Sloan/AFP/Getty Images 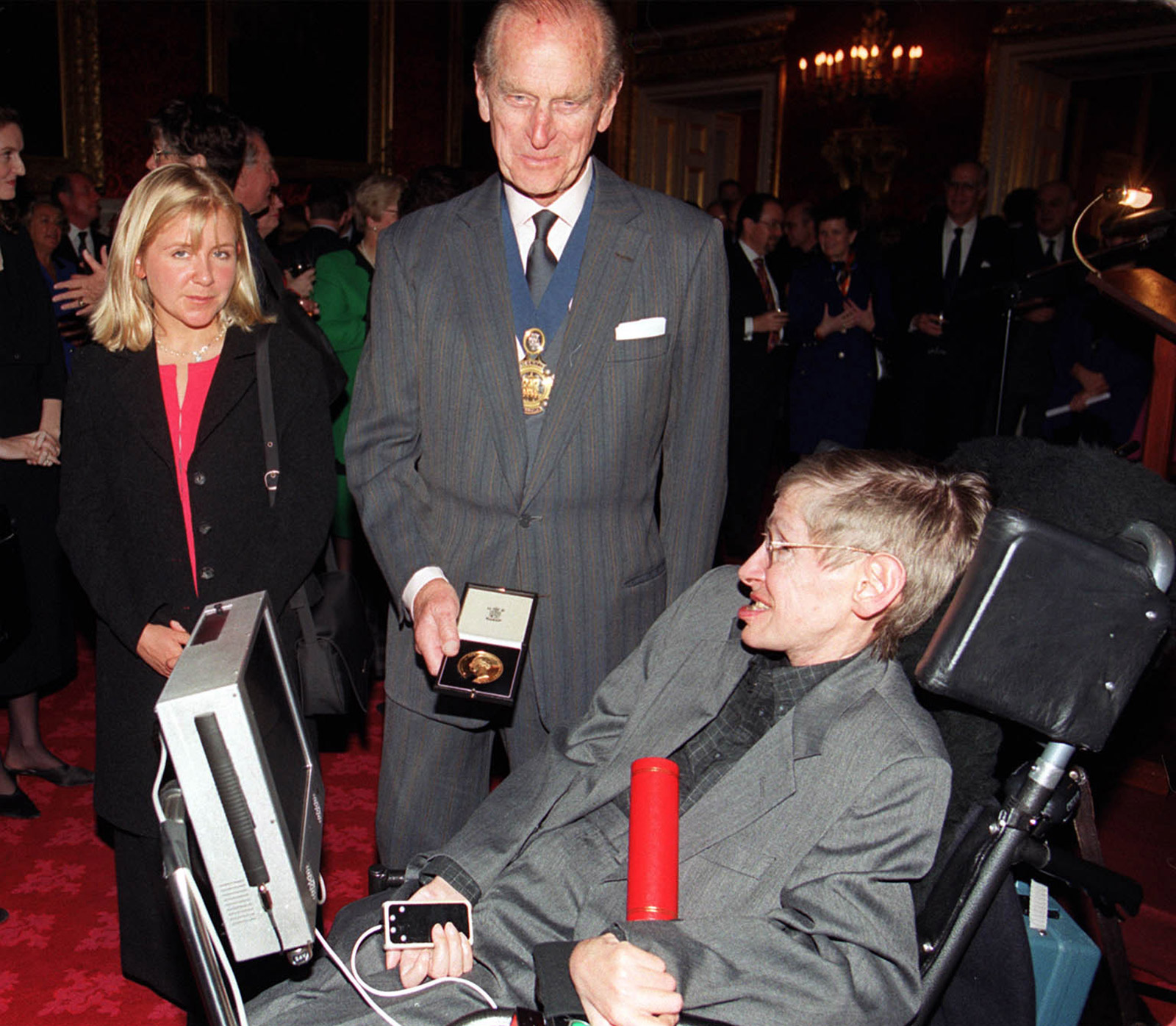 As his daughter looks on, Hawking receives the Albert Medal from Britain’s Prince Philip in 1999. The medal is awarded by the Royal Society of Arts. Hawking got his for “making physics more accessible, understandable and exciting” and opening the subject to a wider audience through books and television. Hawking had at least 12 honorary degrees and was awarded the CBE in 1982. A CBE, or Commander in the Most Excellent Order of the British Empire, is considered a major honor for a British citizen and is one rank below knighthood. Sean Dempsey/PA Images/Getty Images 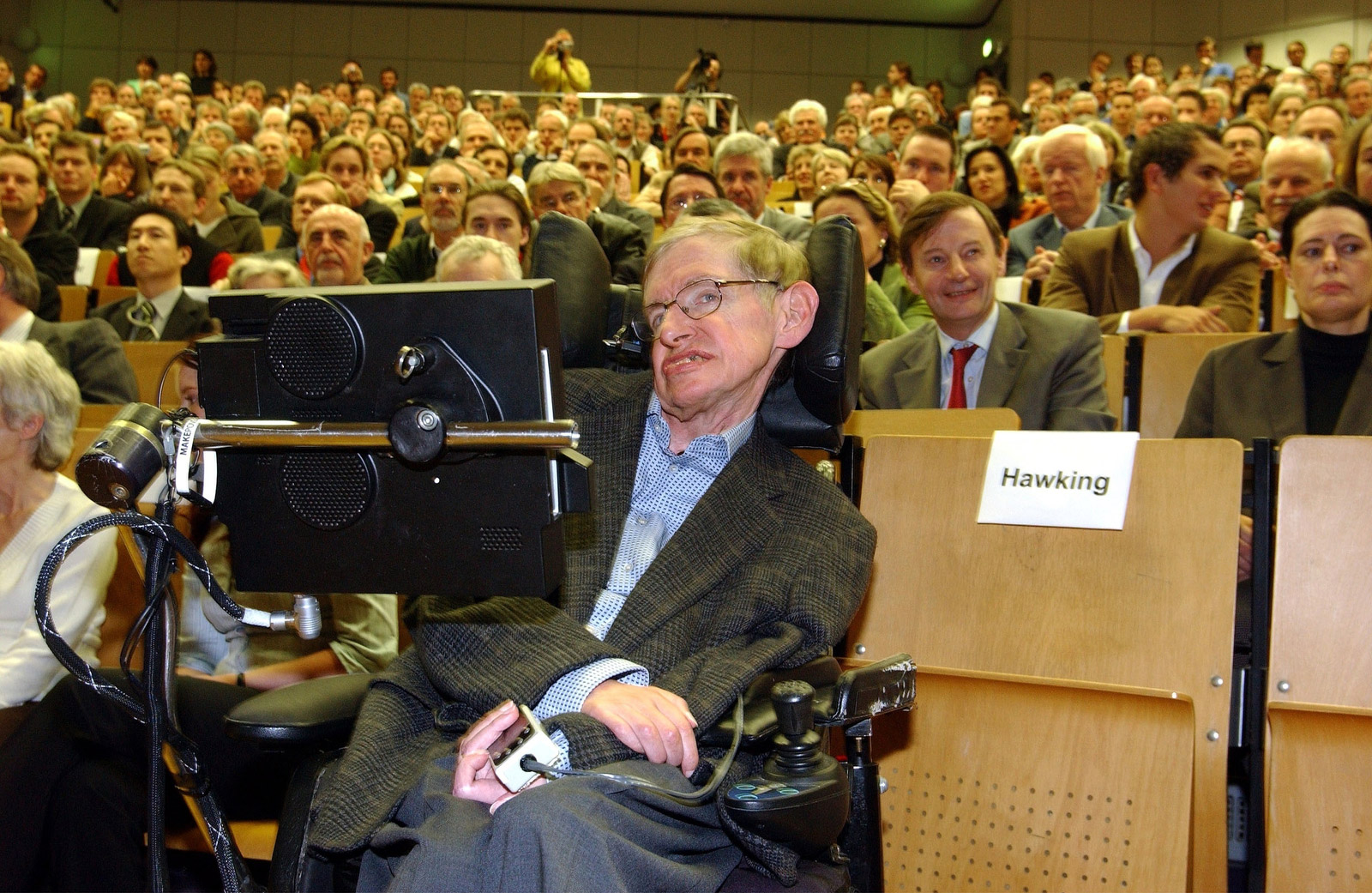 Hawking visits the Free University in Berlin in 2001. Throughout his career, he traveled the world to give guest lectures. Lambert/Ullstein Bild/Getty Images 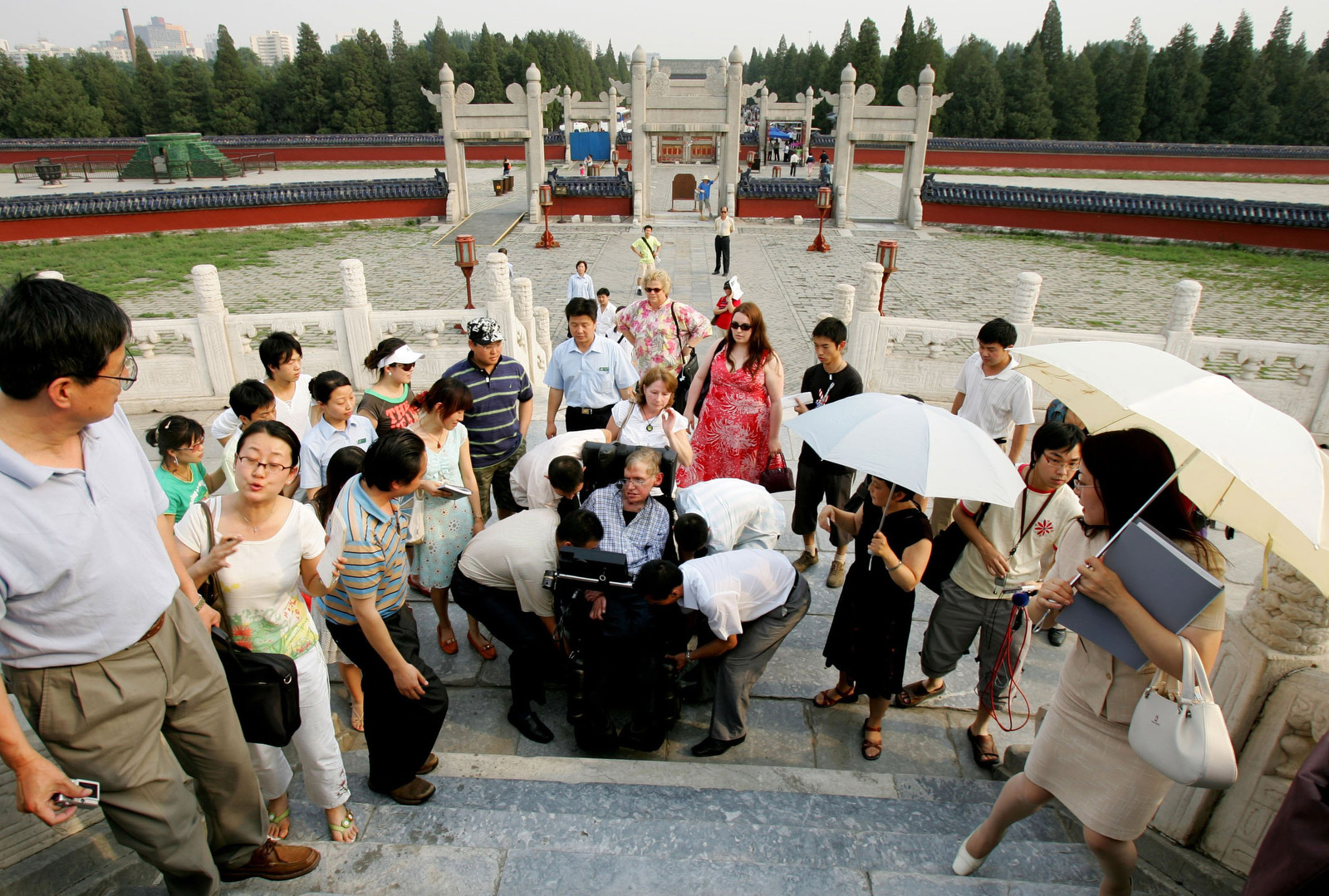 People carry Hawking up steps as he visits Beijing’s Temple of Heaven in 2006. He was in the city to attend a conference on string theory, according to state media. China Photos/Getty Images 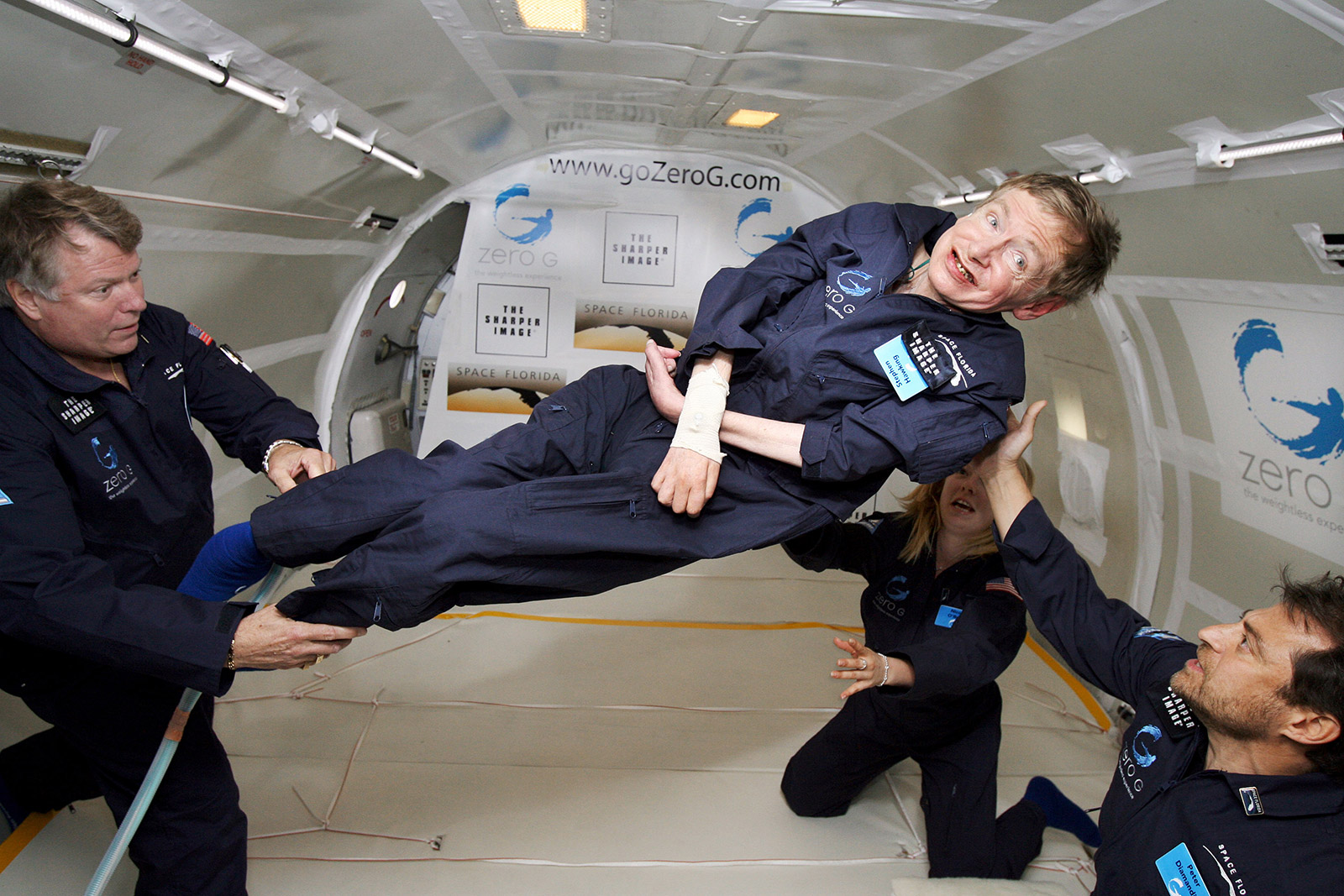 Hawking gets to experience zero gravity on a flight near Florida in 2007. “I have always tried to overcome the limitations of my condition and lead as full a life as possible,” he told The New York Times in 2011. Zero G/Balkis Press/Abaca/Newscom 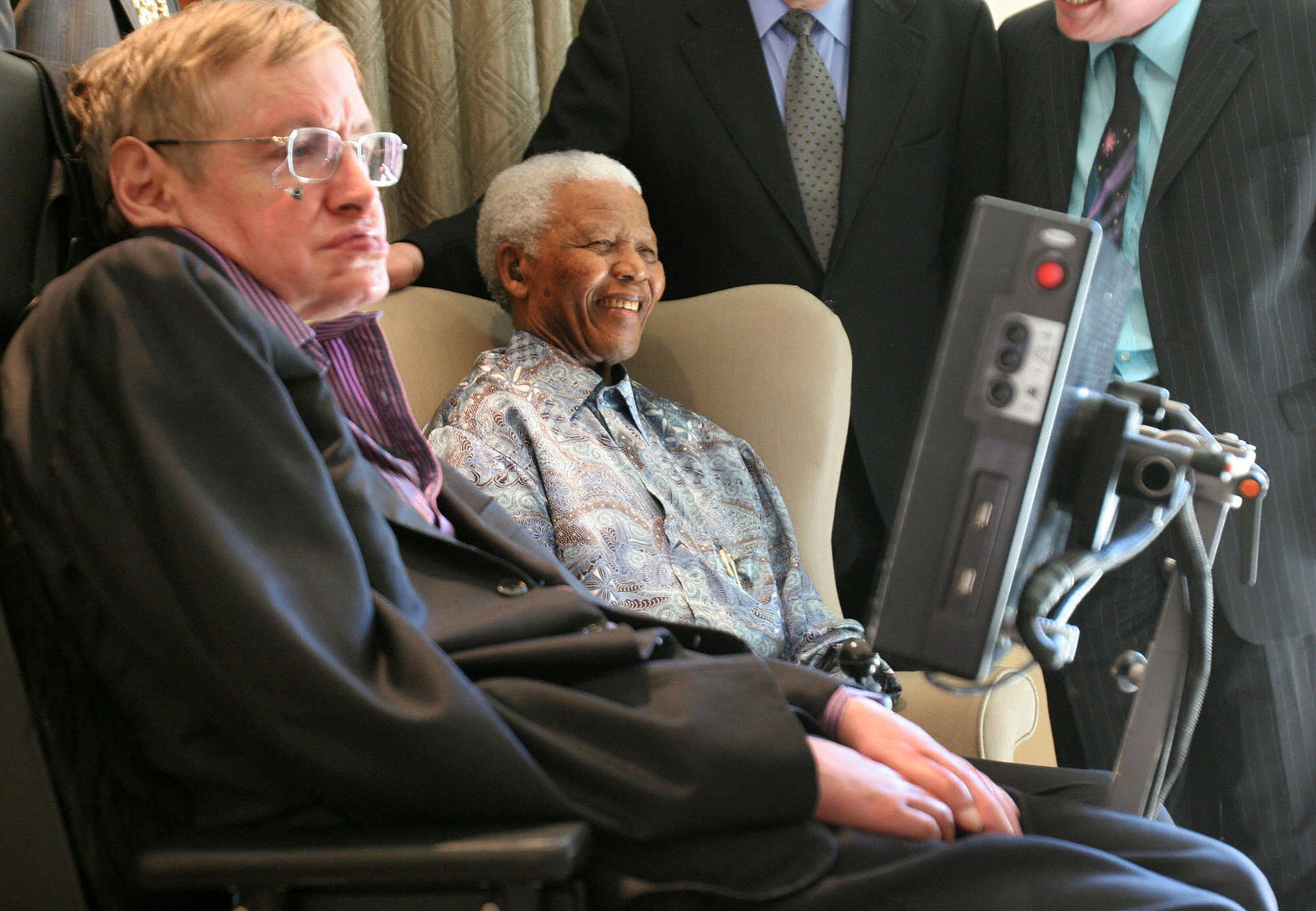 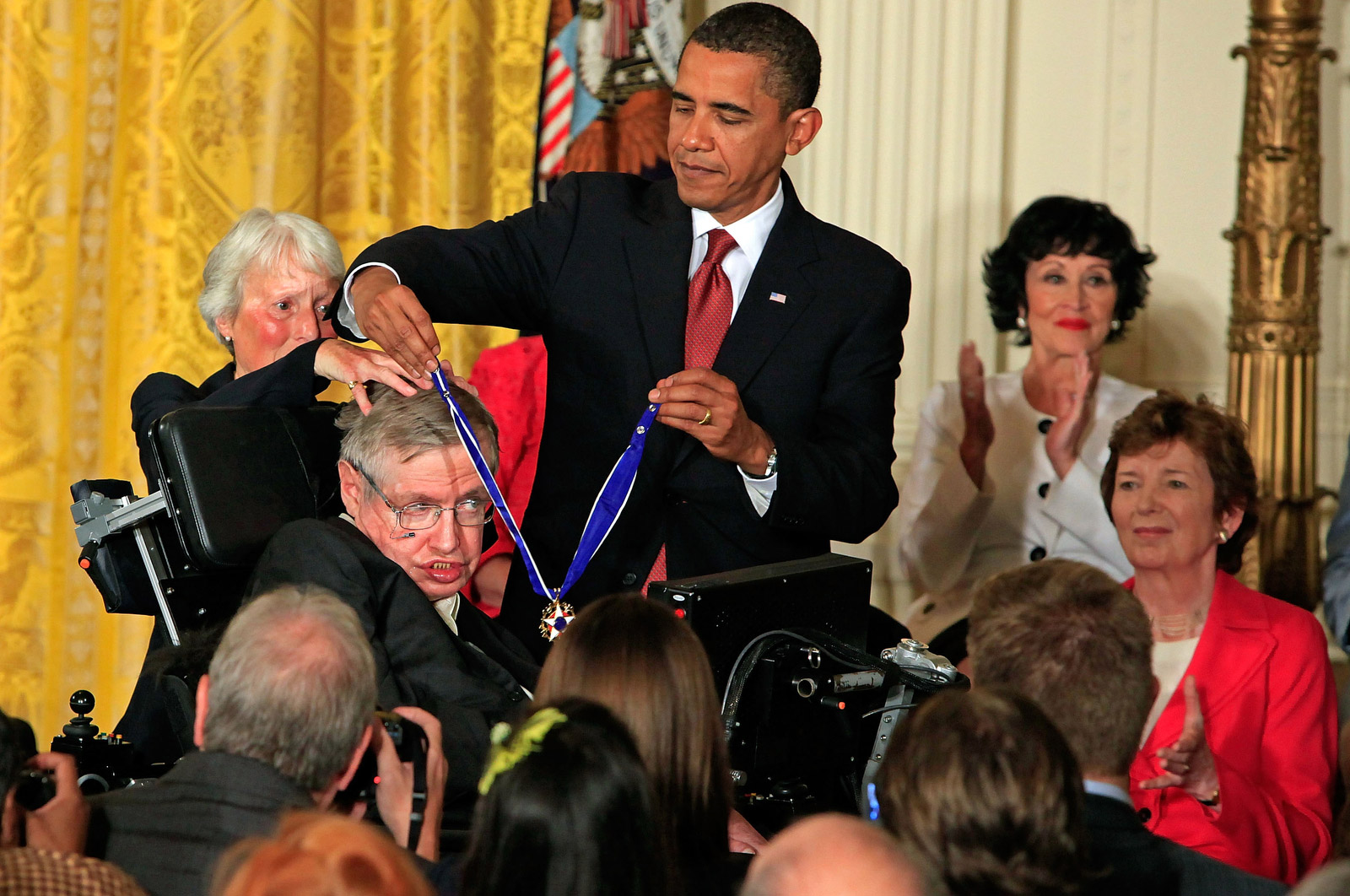 Despite being a British citizen, Hawking received the Presidential Medal of Freedom, the US’s highest civilian honor, in 2009. Chip Somodevilla/Getty Images 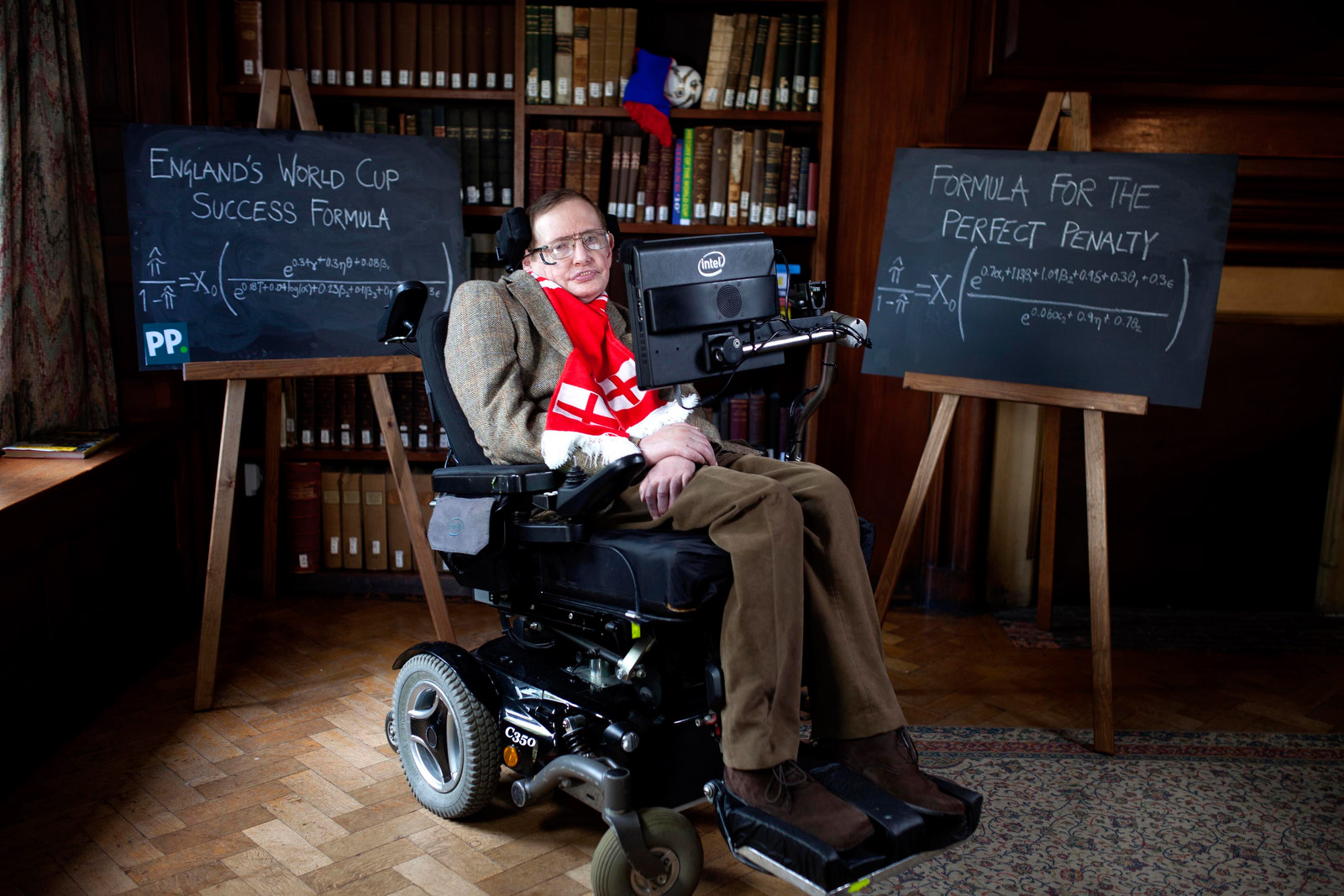 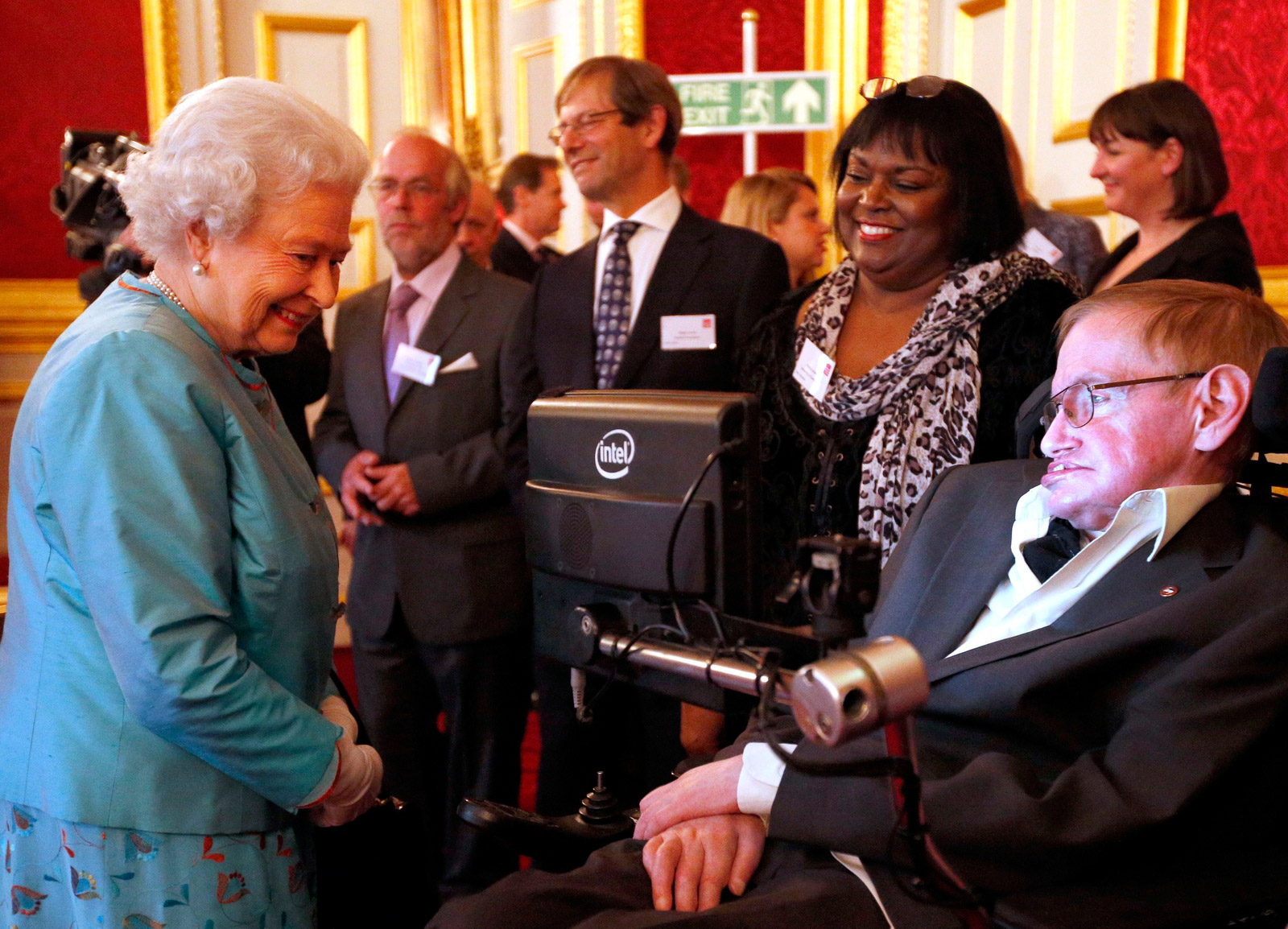 Britain’s Queen Elizabeth II meets with Hawking during a reception in London in 2014. Jonathan Brady/PA Wire/AP 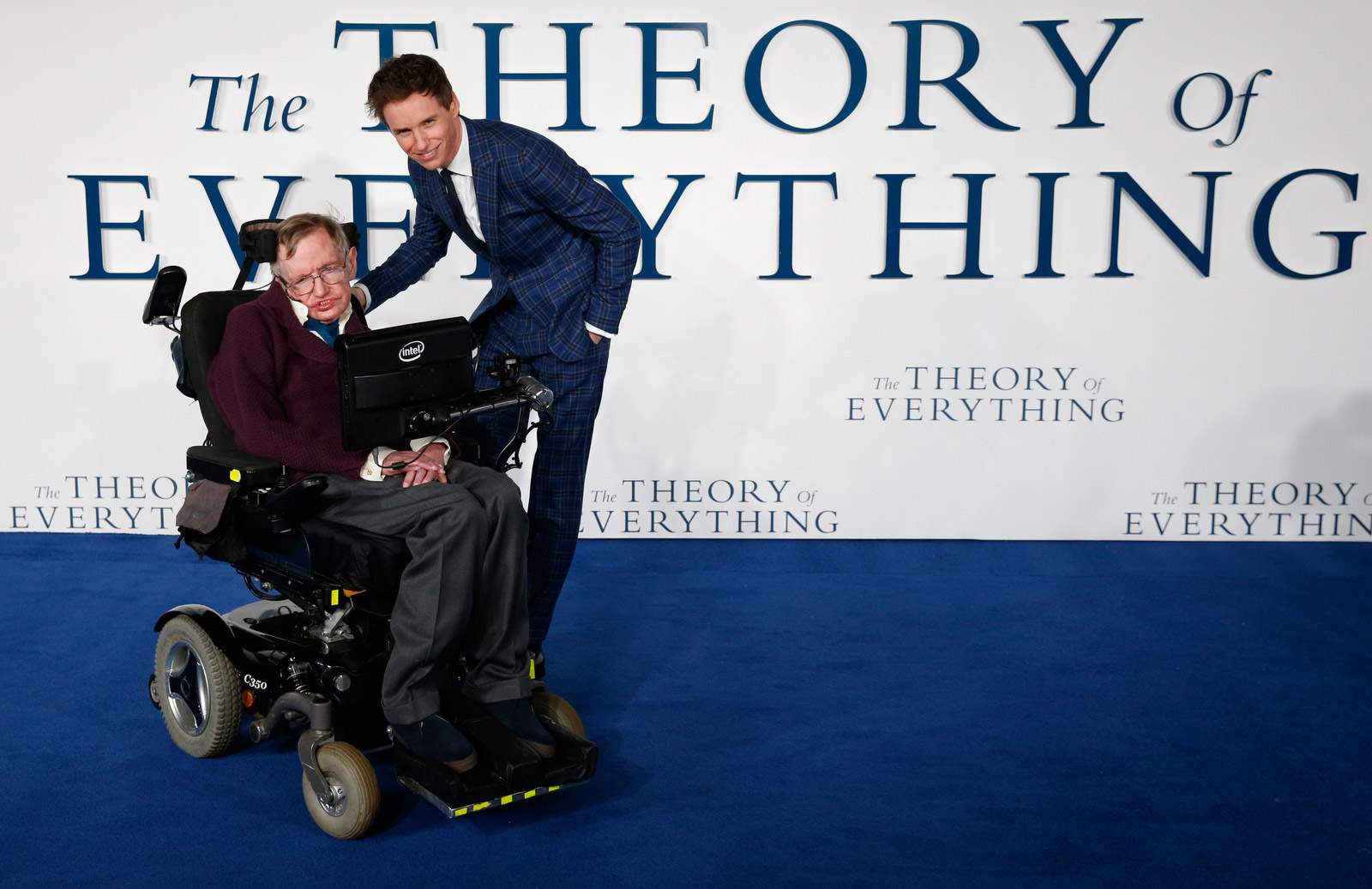 Actor Eddie Redmayne poses with Hawking at the UK premiere of the film “The Theory of Everything” in 2014. Redmayne portrays Hawking in the movie, which is based on the scientist’s life. Justin Tallis/AFP/Getty Images 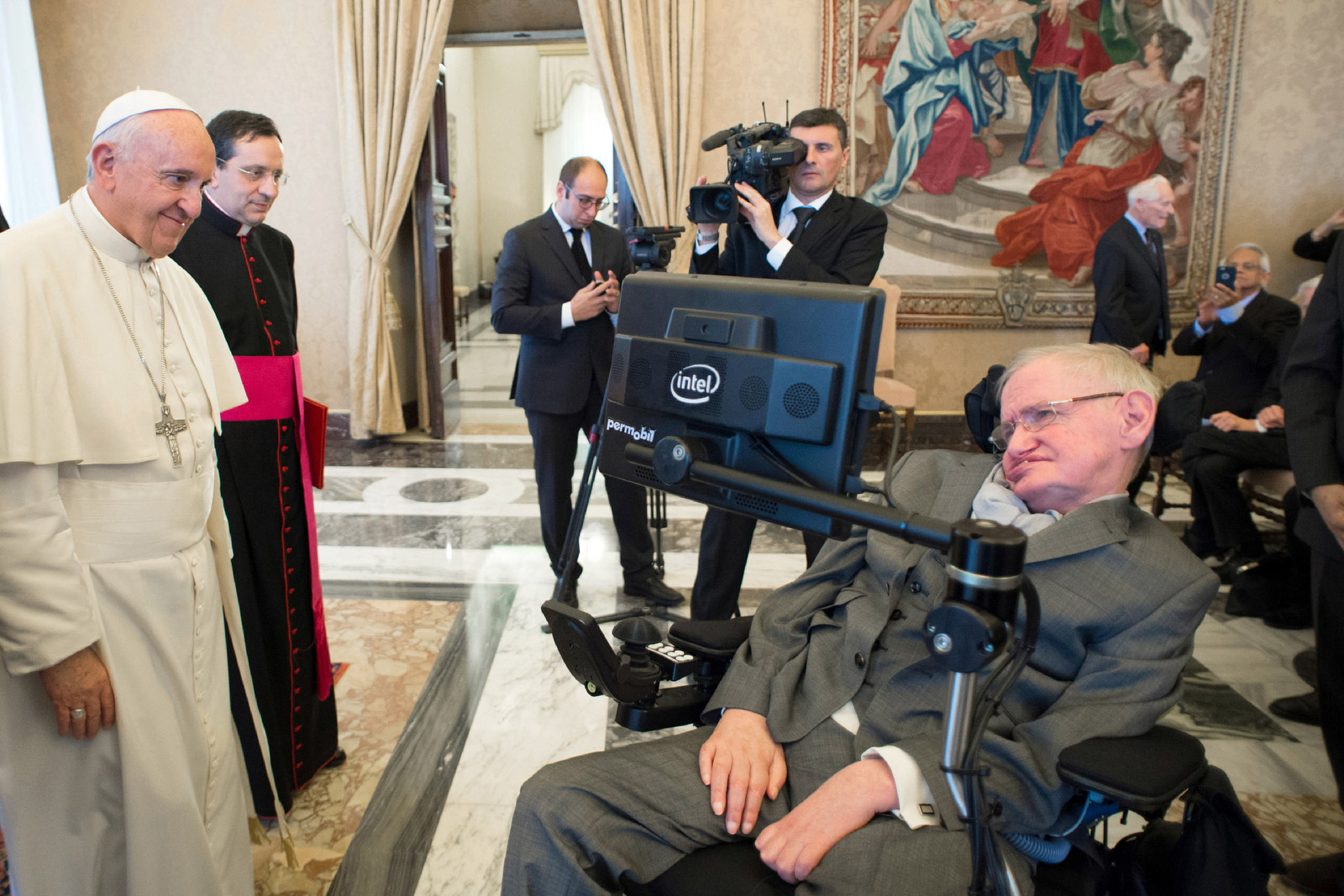 Pope Francis greets Hawking at the Vatican in 2016. Hawking was attending a plenary session of the Pontifical Academy of Sciences. L'Osservatore Romano/Pool/AP 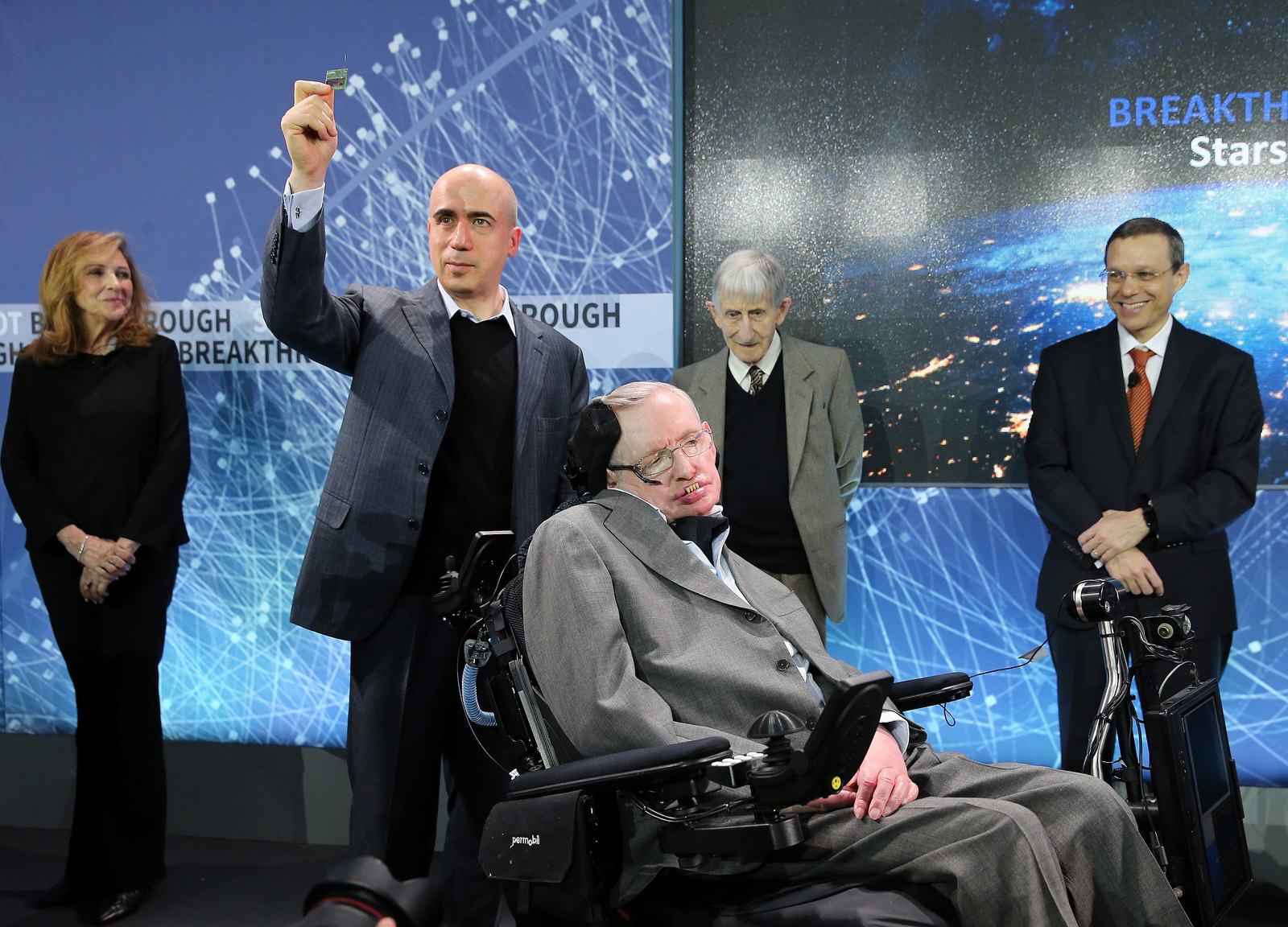 Scientist and inventor Yuri Milner holds up a prototype of the “Star Chip,” a small robotic spacecraft meant to enable interstellar space travel, as he poses with Hawking in New York in 2016. “I believe that the long-term future of the human race must be in space,” Hawking told CNN’s Becky Anderson in 2008. “It will be difficult enough to avoid disaster on planet Earth in the next 100 years, let alone next thousand, or million. The human race shouldn’t have all its eggs in one basket, or on one planet.” Jemal Countess/Getty Images 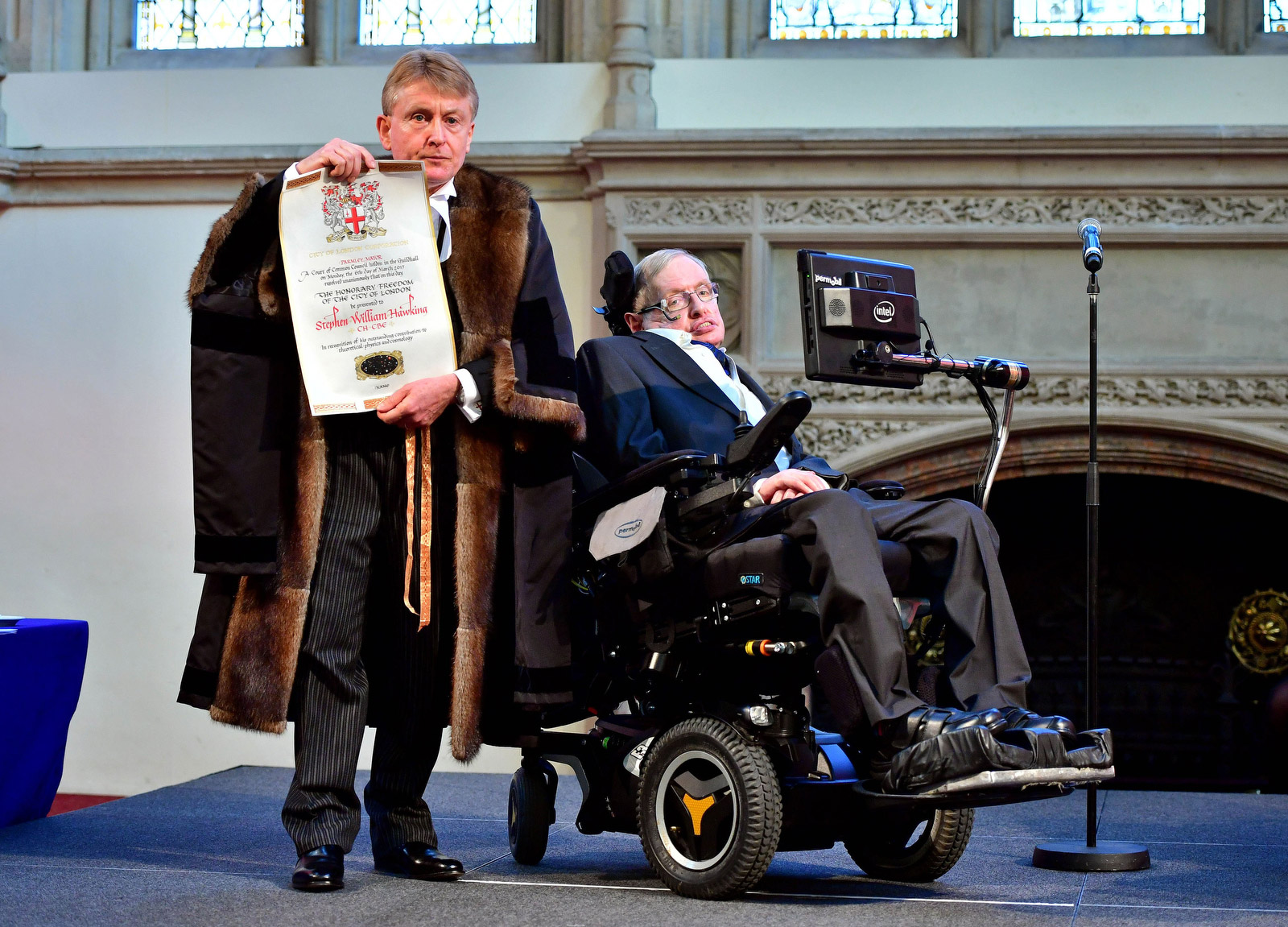 Hawking was granted the Honorary Freedom of the city of London in 2017. It’s the city’s highest honor. Dominic Lipinski/PA Images/Getty Images