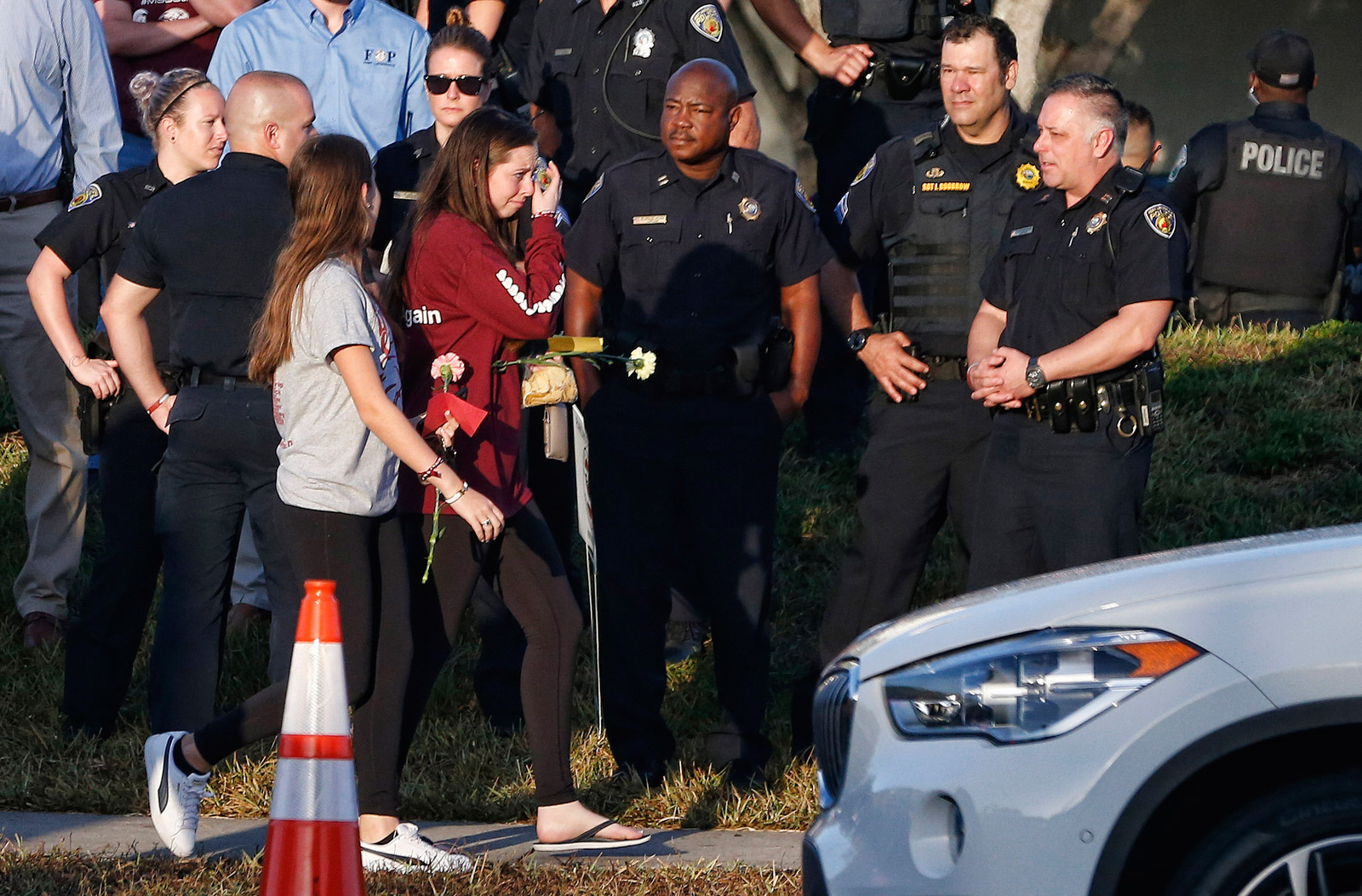 This is what back to school looked like in Parkland, Florida

The students at Marjory Stoneman Douglas High School returned to school Wednesday, but they didn’t walk alone. The survivors of the nation’s latest mass shooting were greeted on campus by a heavy police presence, to be sure, but also flowers, #MSDStrong buttons and T-shirts, grief counselors and comfort dogs.

It’s the biggest step yet in the students’ attempt to get back to their normal routines after the living nightmare that was visited upon them two weeks ago. But, of course, nothing will ever truly be the same, as evidenced by the flowers sitting atop empty desks. 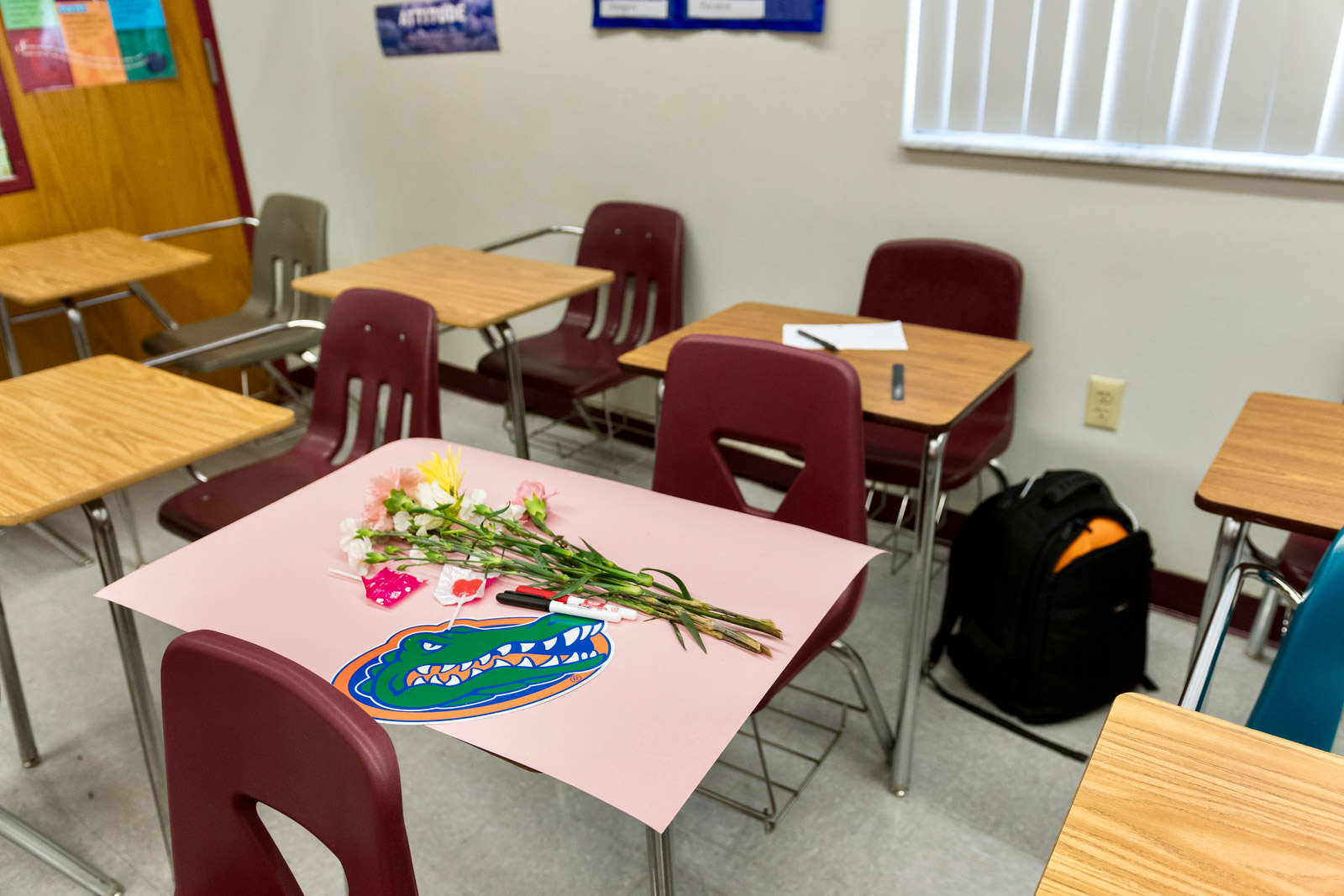 Flowers were placed on the empty desks of those killed in the shooting. Courtesy Kevin Trejos 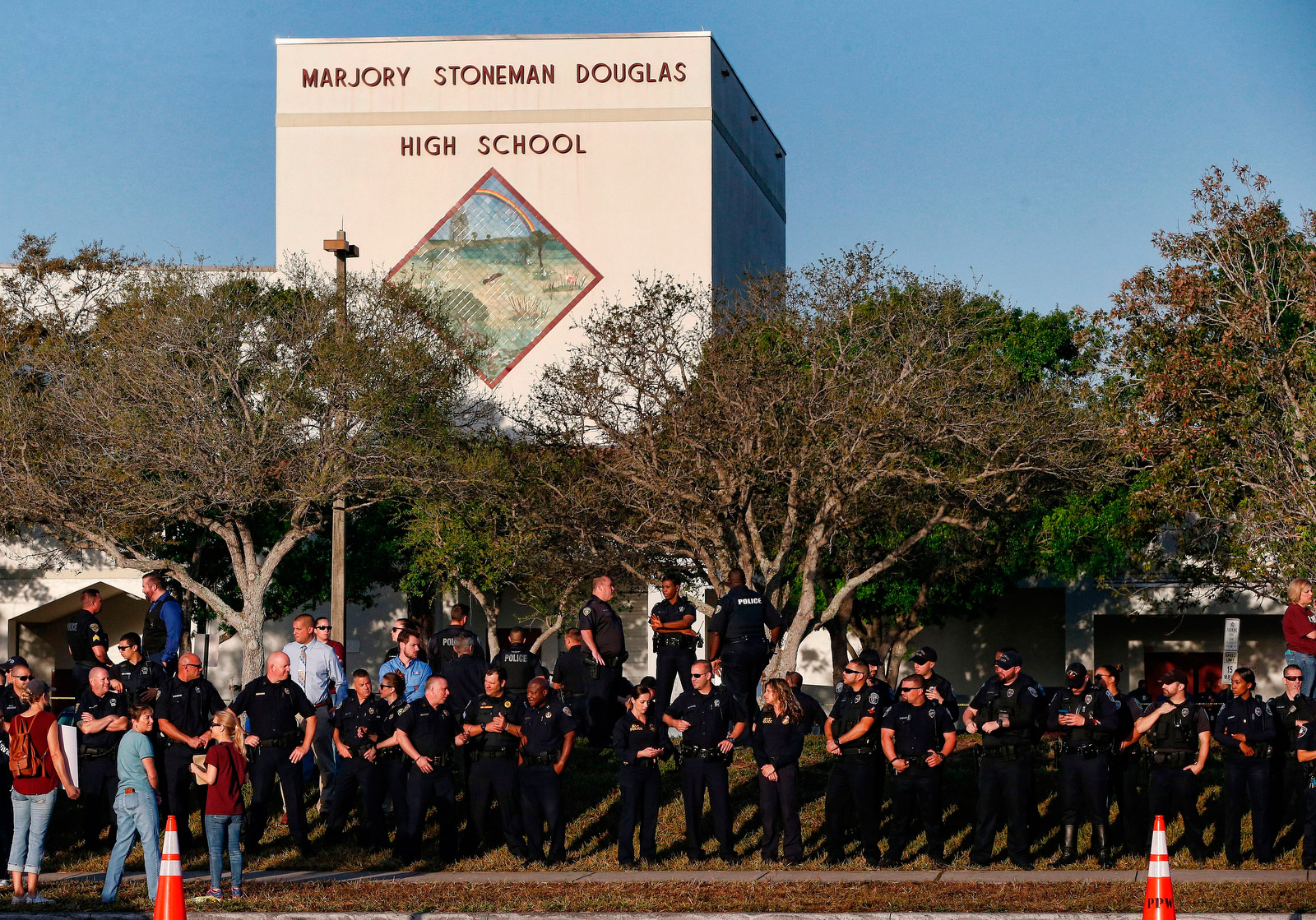 Students and staff members from Marjory Stoneman Douglas High School were greeted by police and well-wishers as they returned to the school in Parkland, Florida, on Wednesday, February 28. Rhona Wise/AFP/Getty Images 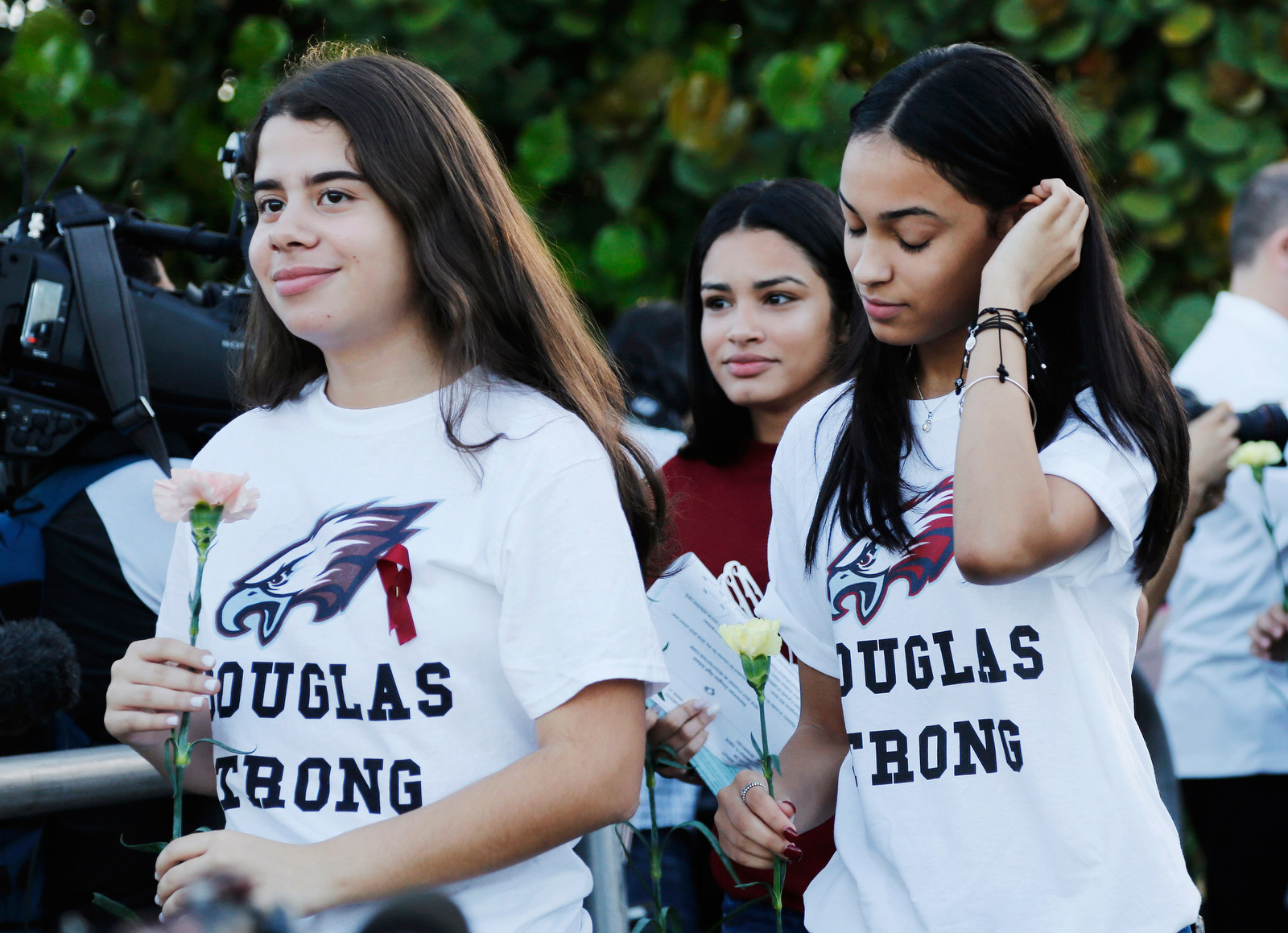 Students walk back to class wearing Douglas Strong T-shirts and carrying flowers. Some of the shirts had the names of the 17 shooting victims printed on the back. Terry Renna/AP 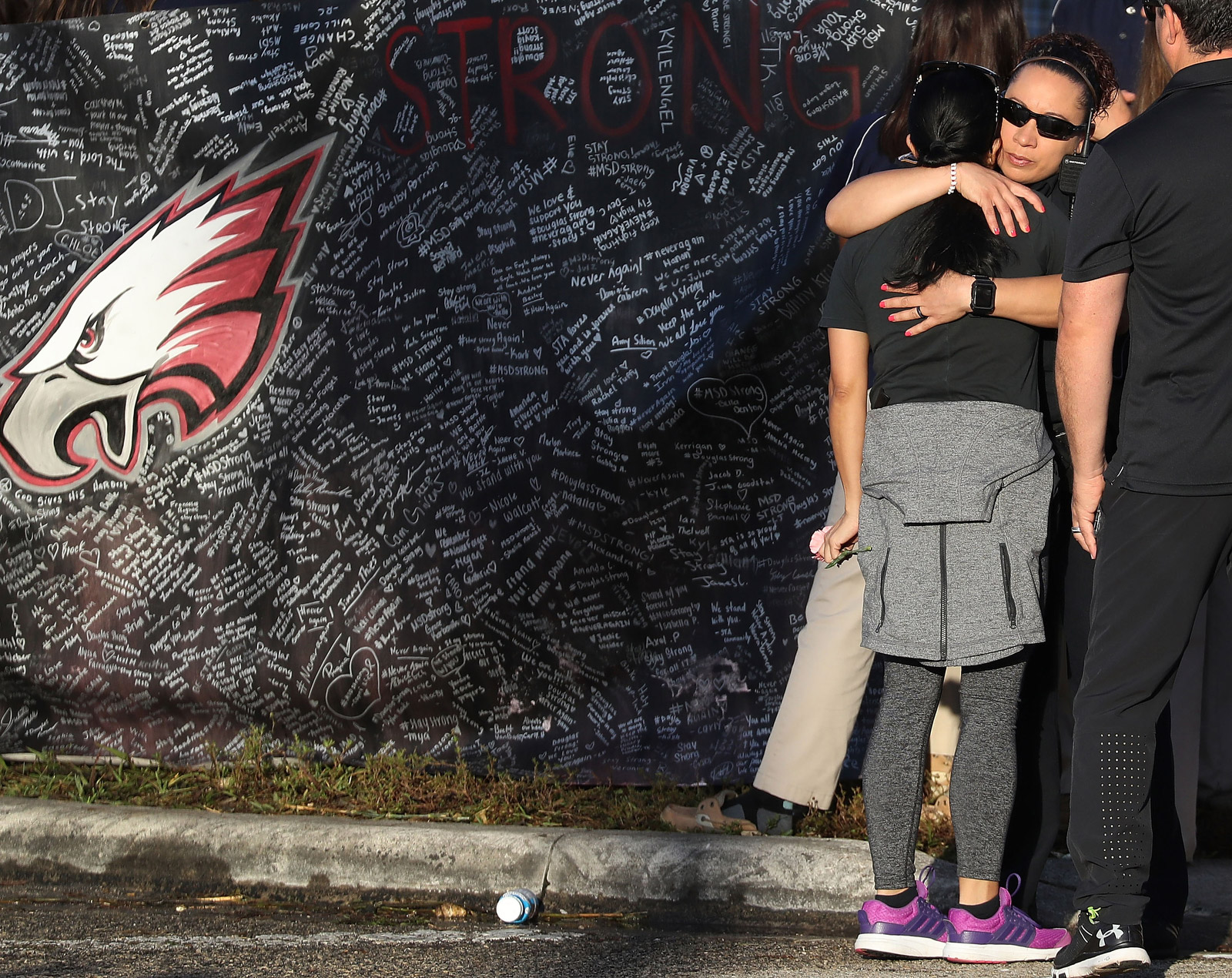 People hug each other as students return to the school. Joe Raedle/Getty Images 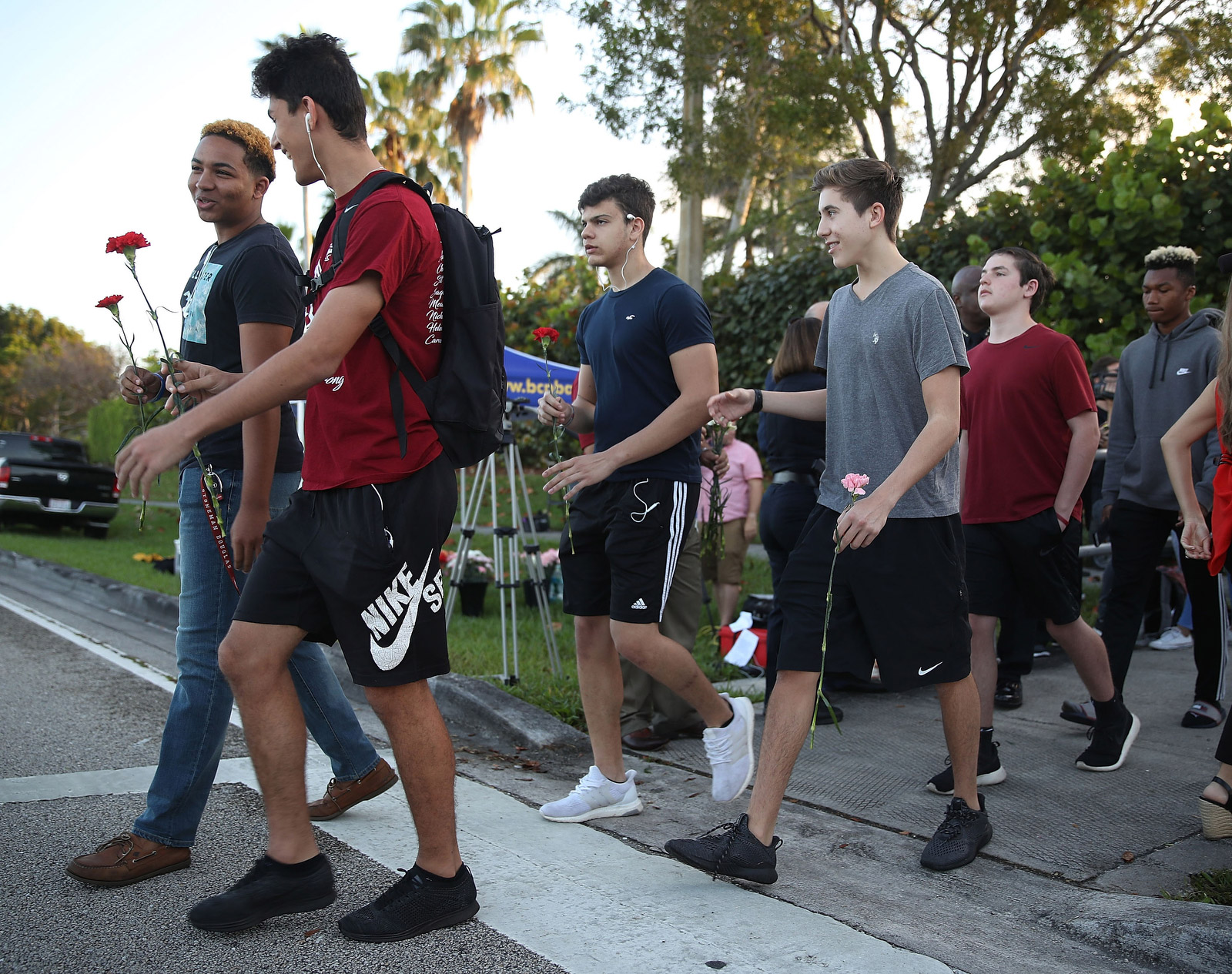 Well-wishers had given flowers to many of the students as they began their first day back. Joe Raedle/Getty Images 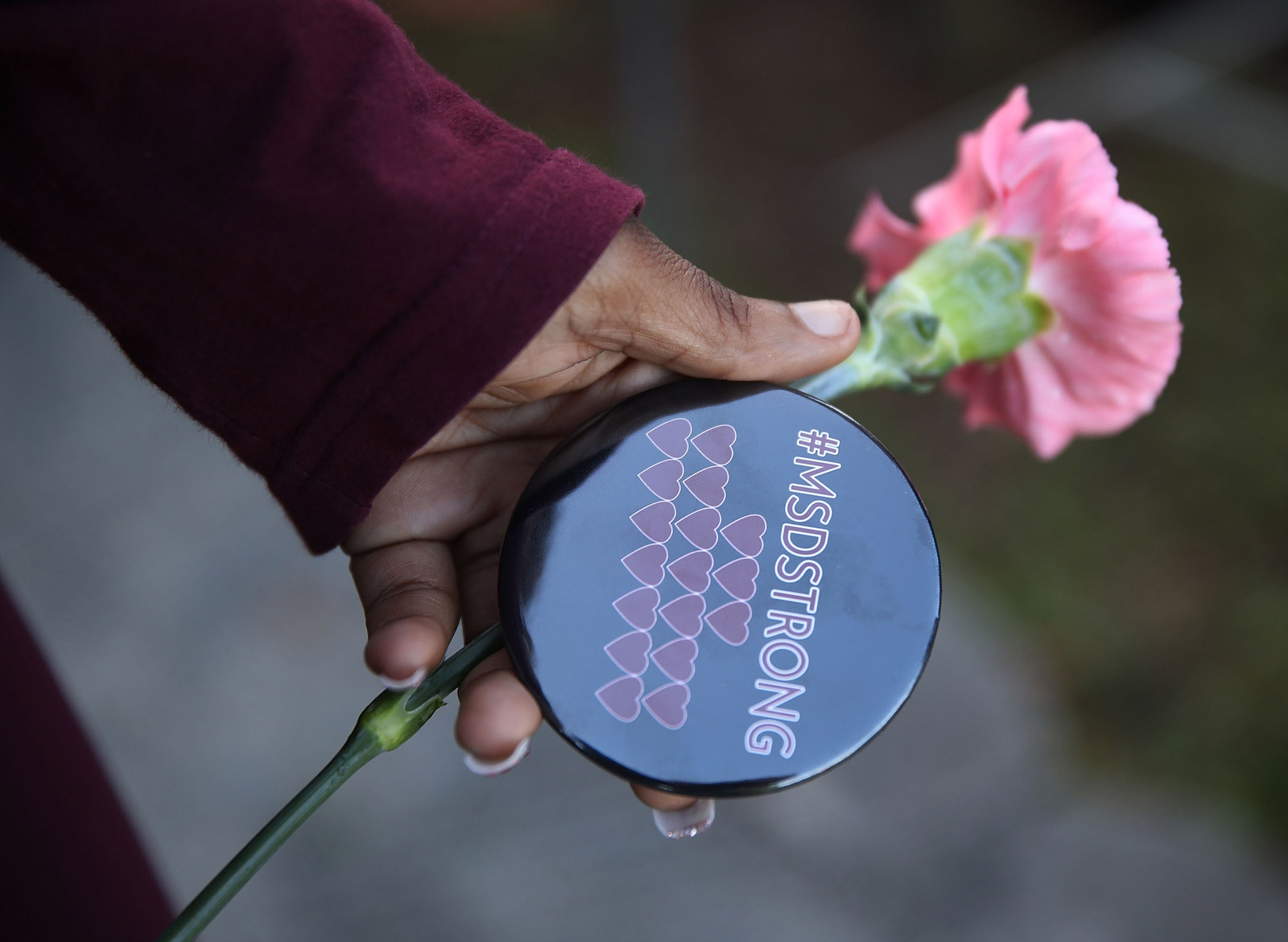 A student holds a flower and a button that reads #MSDStrong as she arrives for classes. The button has a heart for each person killed in the mass shooting. Joe Raedle/Getty Images 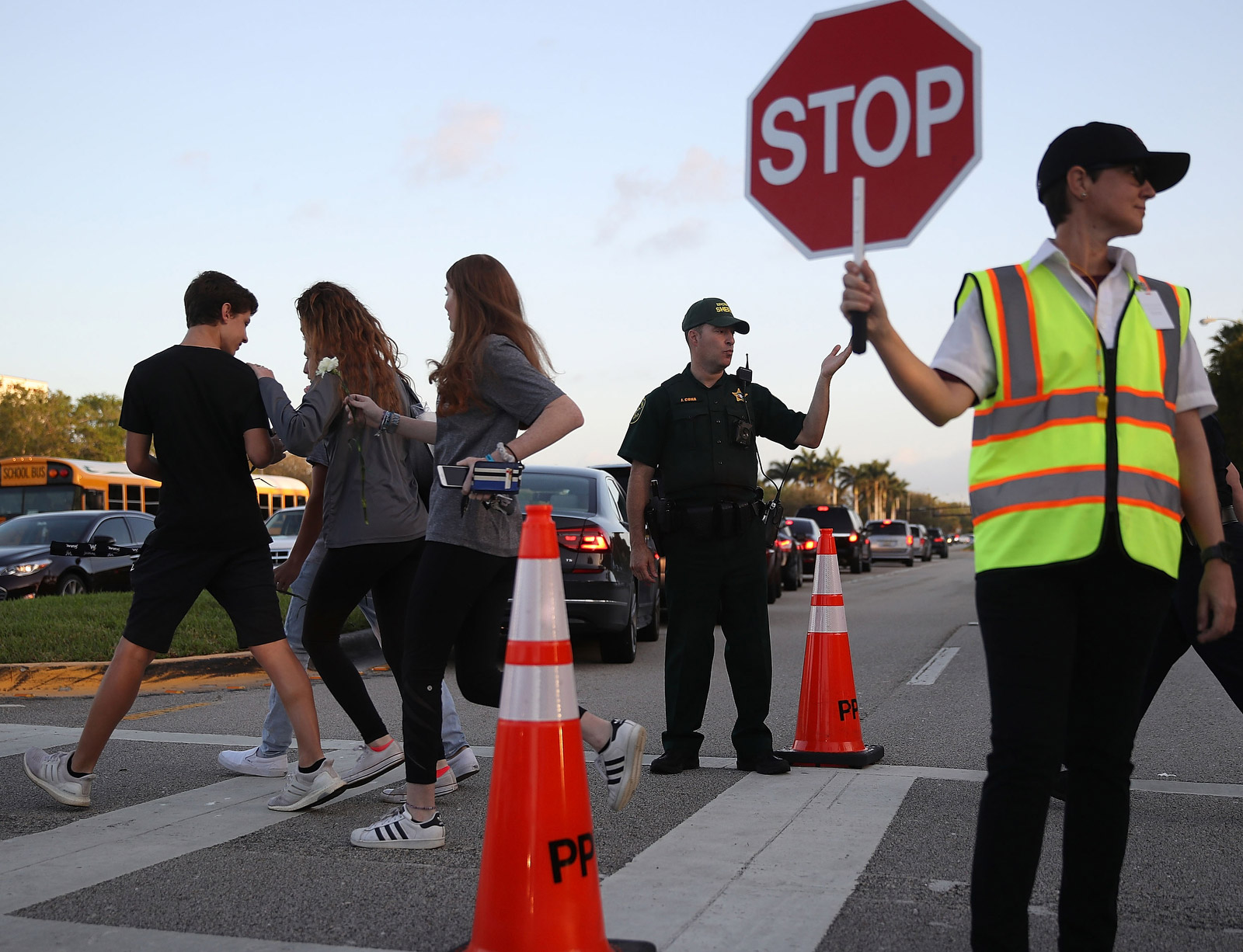 A crossing guard stops traffic for students before the first day of school. Classes began at 7:40 a.m. with a 17-second period of silence. Joe Raedle/Getty Images 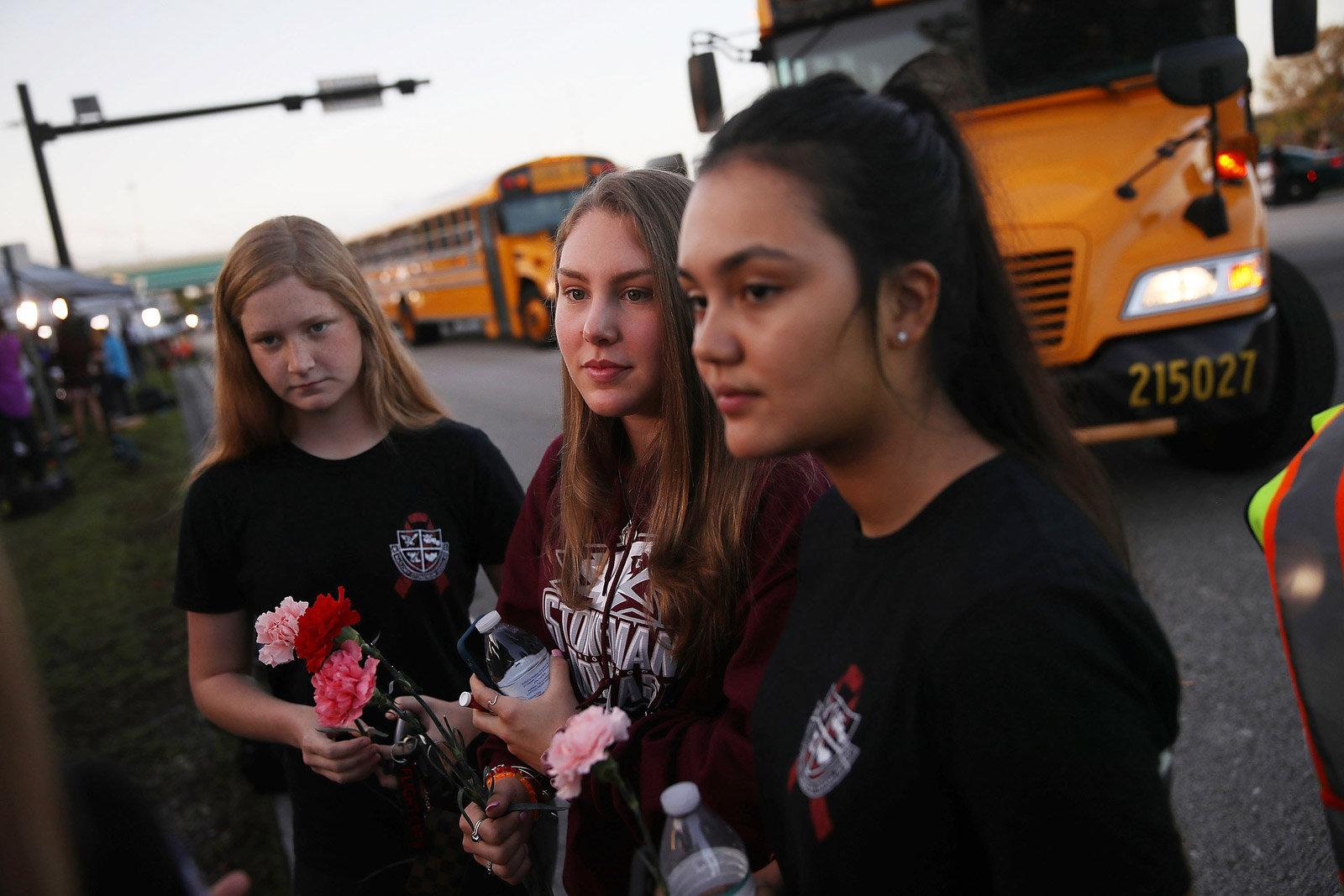 Students wait at a crosswalk as they arrive to attend classes. Joe Raedle/Getty Images 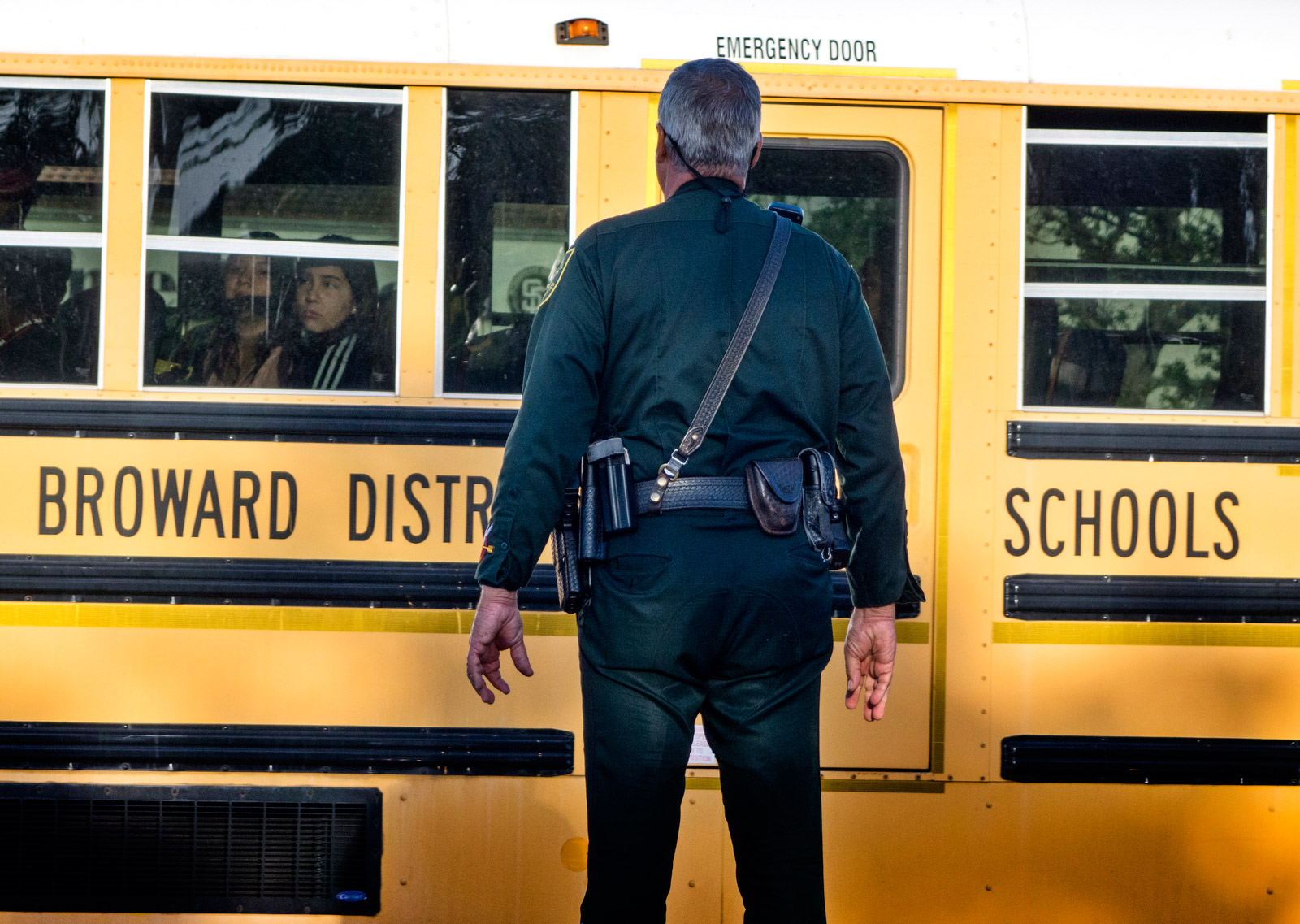 Security was high on the students’ first day back. Cristobal Herrera/EPA-EFE 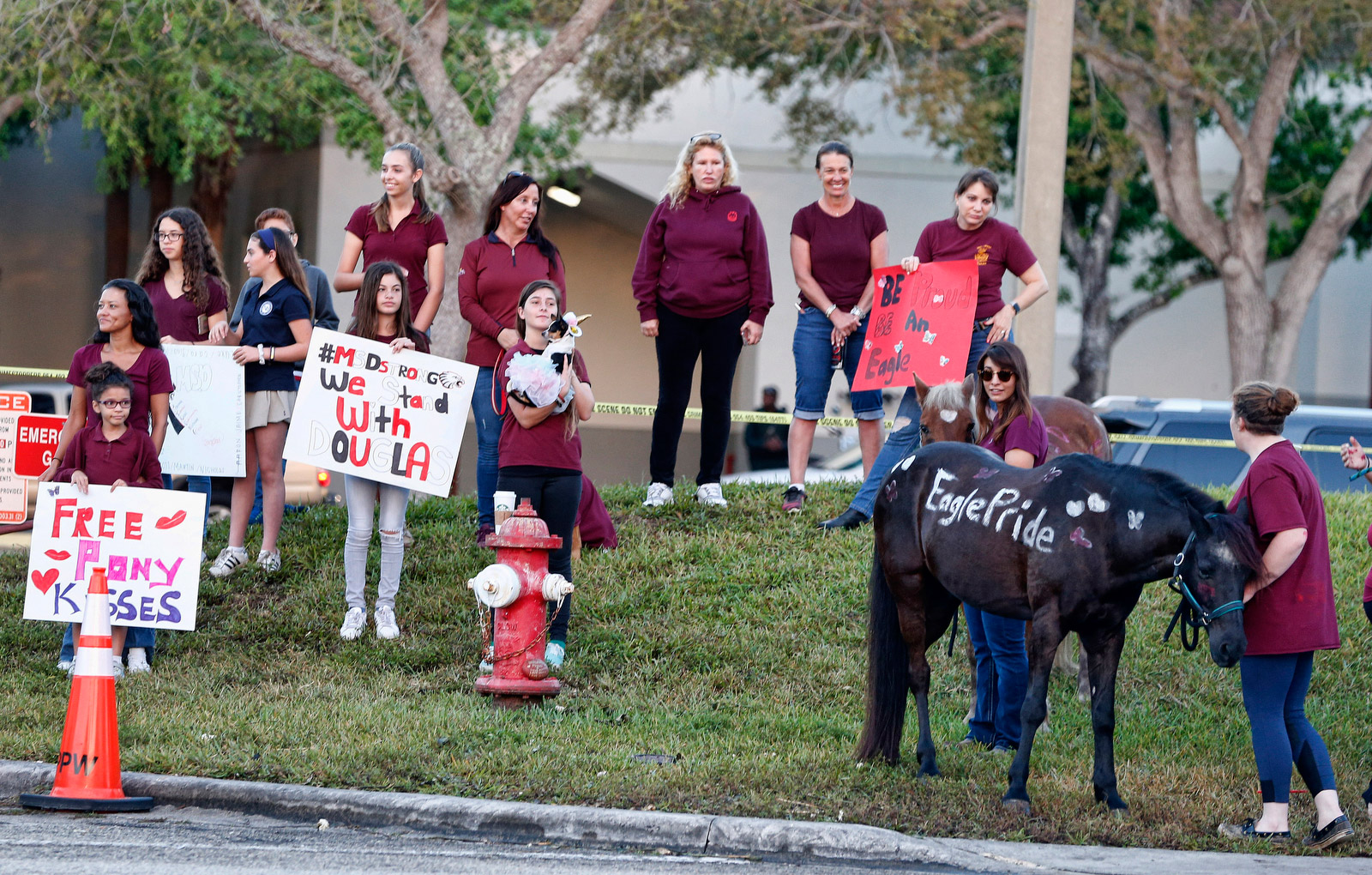 In addition to parents, police and other well-wishers, a horse was spotted near the school offering support to returning students. Rhona Wise/AFP/Getty Images 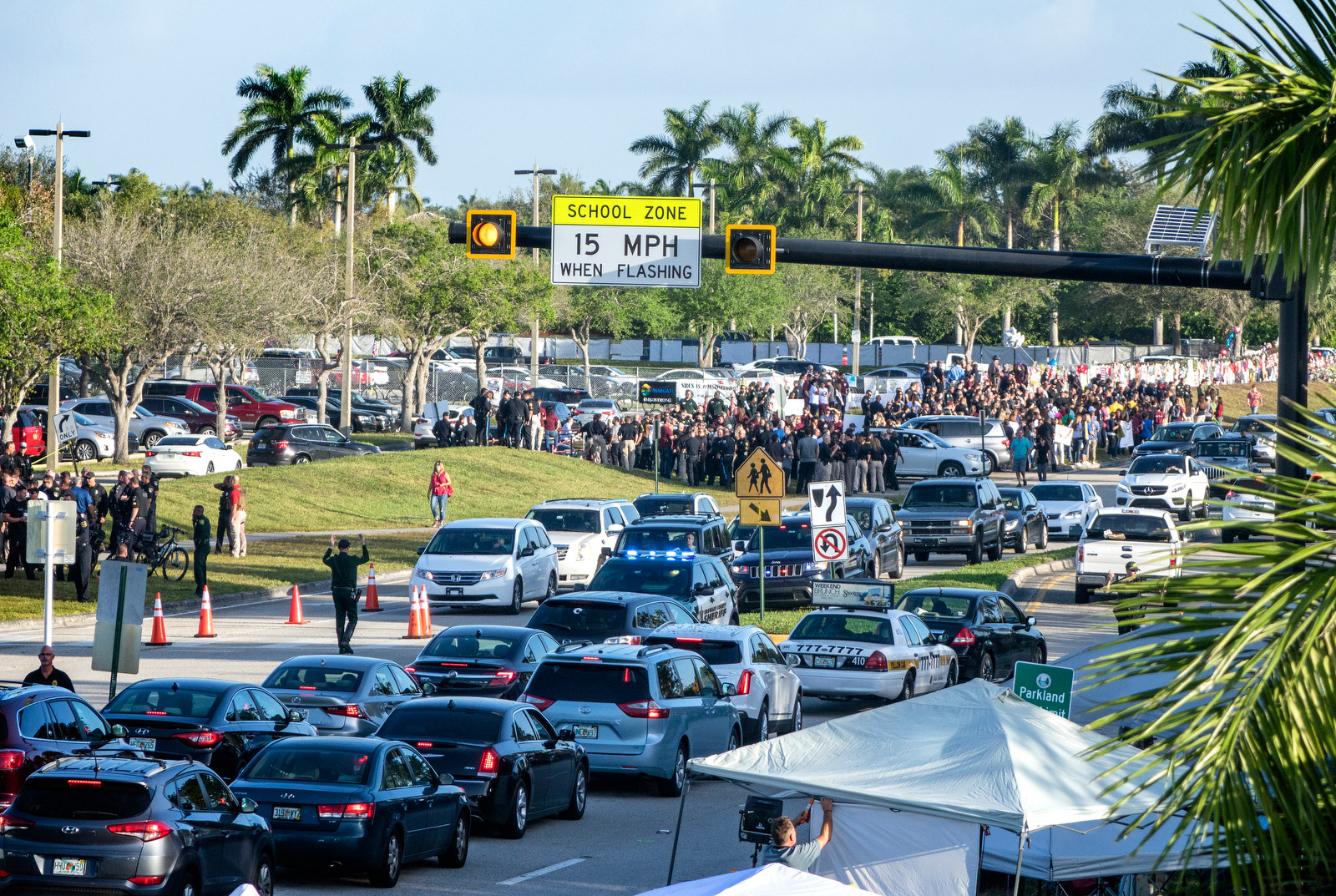 Traffic is lined up outside the school Wednesday morning. Cristobal Herrera/EPA-EFE 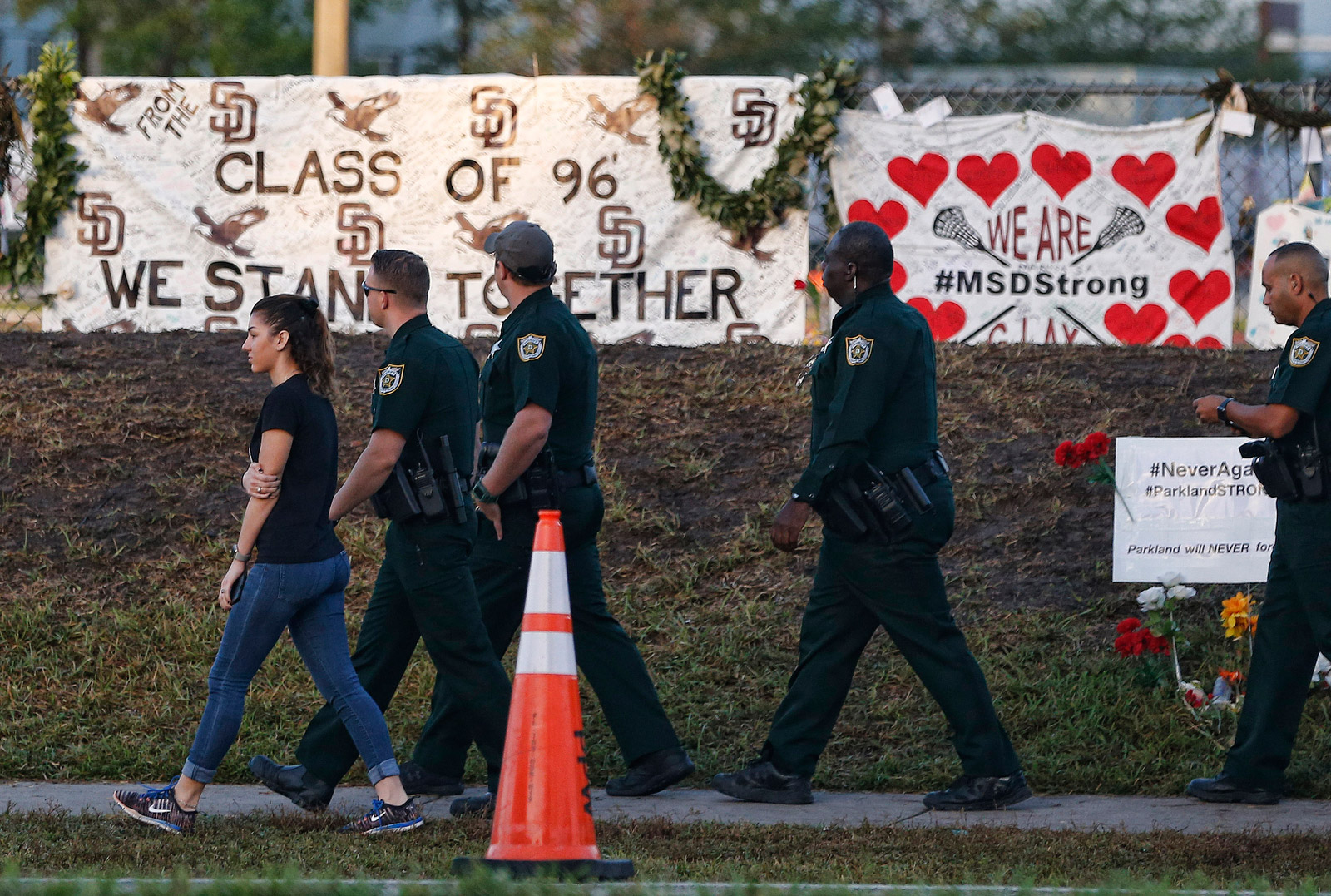 Students are being eased back into routine this week with a shortened class schedule. Rhona Wise/AFP/Getty Images 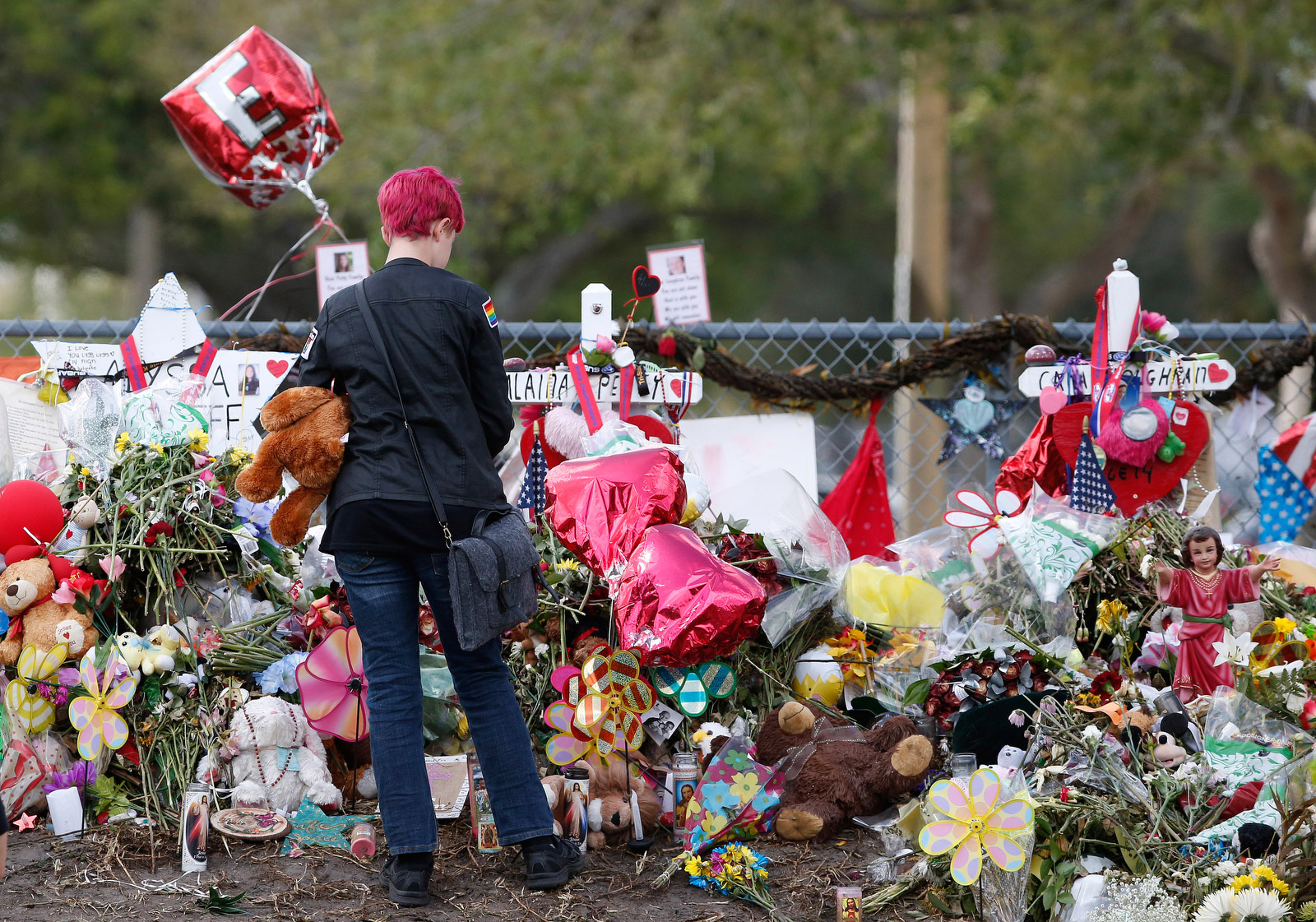 A student stops to look at one of the campus memorials after school. Rhona Wise/AFP/Getty Images