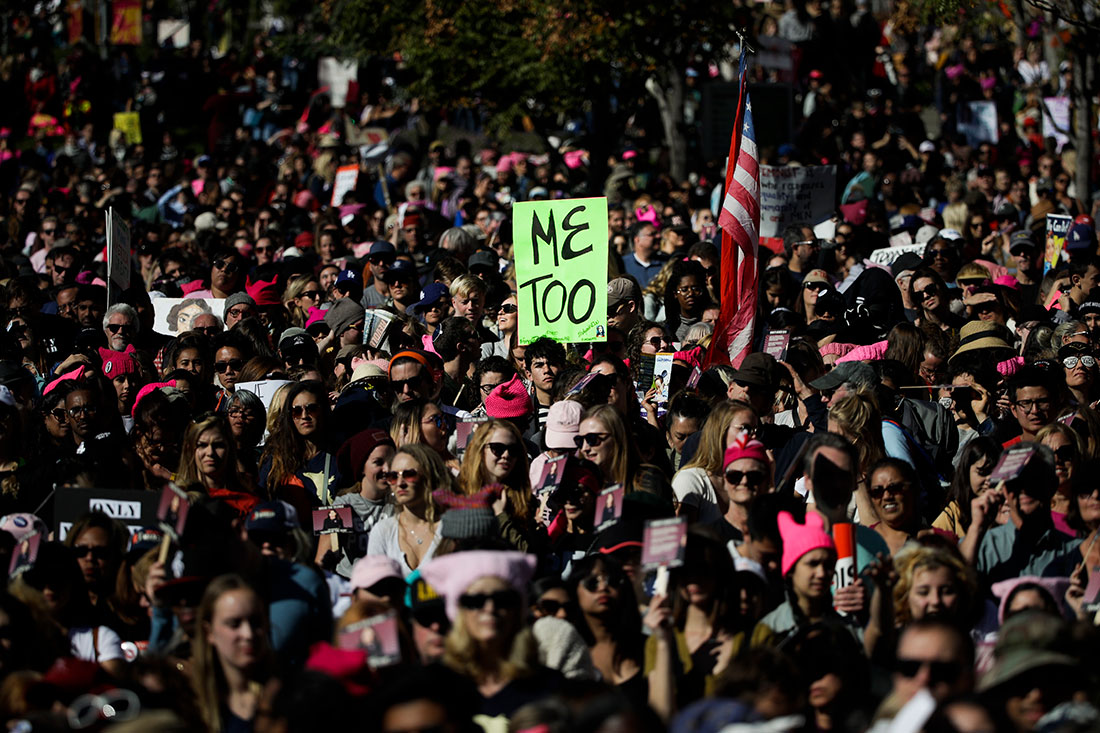 The future is female

This year was a reckoning for women all over the country.

This year we saw more women run for office and we saw women confront those who used power to perpetuate a culture of sexual abuse, harassment and coercion. Tarana Burke’s #MeToo movement gained momentum and the women in the entertainment industry created the Time’s Up initiative.

So one year after they flooded the streets to make their voices heard, women were back at it, rallying for justice on everything from immigration to racial and gender equality. The march is a platform for women and men to not only talk the talk but walk the walk. 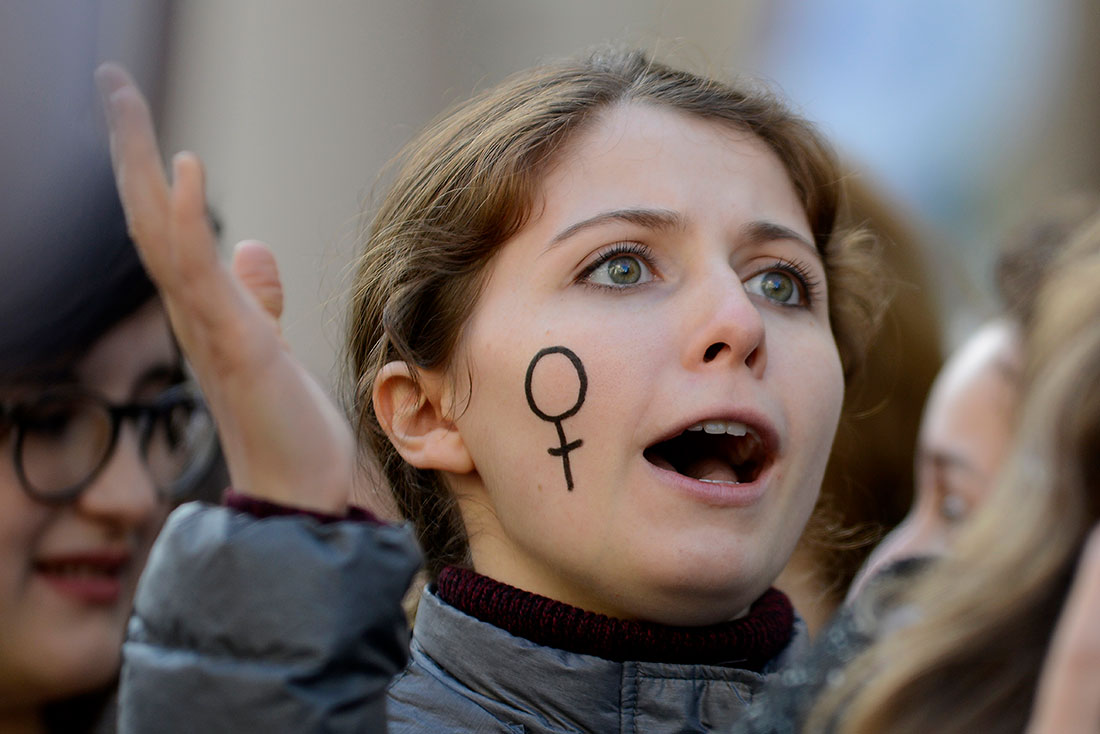 Women in Rome demonstrate in solidarity with American women during the Women's March in the Italian capital. Simona Granati/Corbis/Getty Images 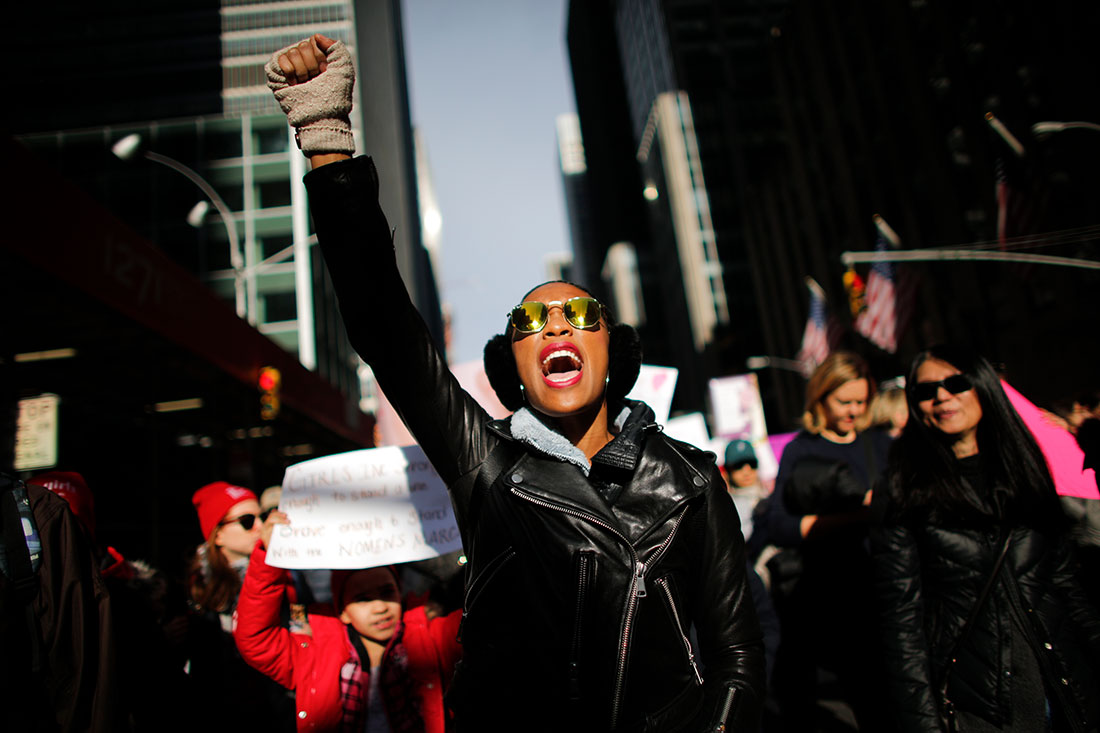 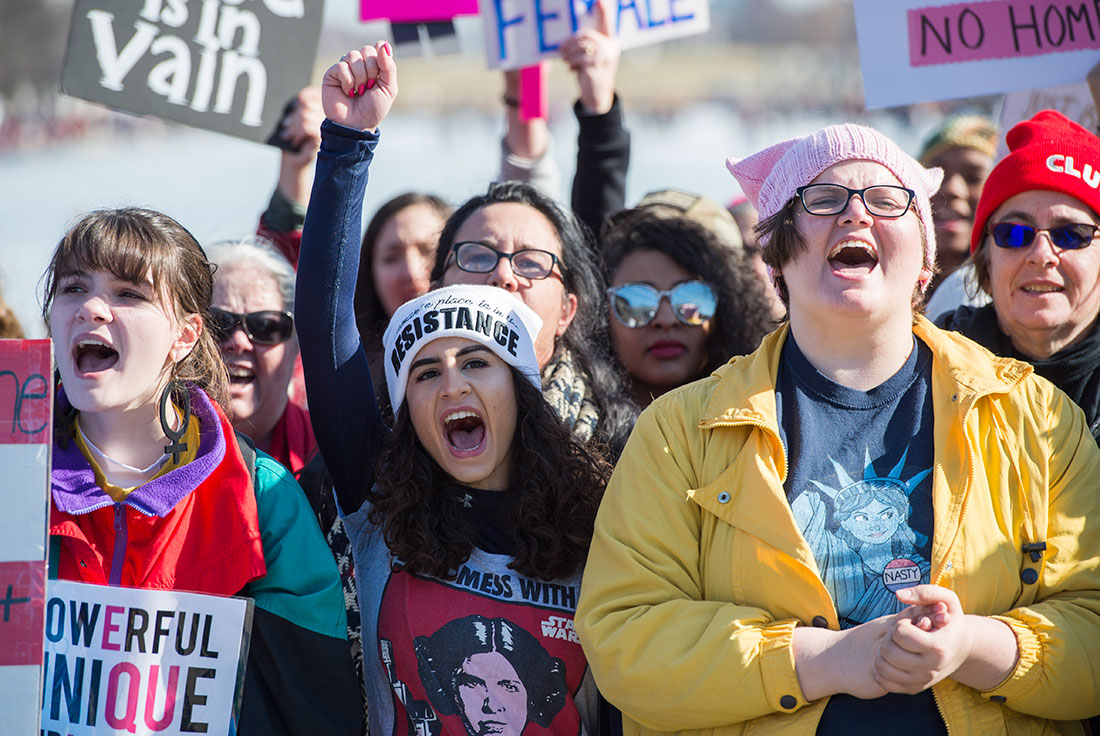 People take part in the Women's March on Washington 2018: March On The Polls! on the National Mall. Andrew Caballero-Reynolds/AFP/Getty Images 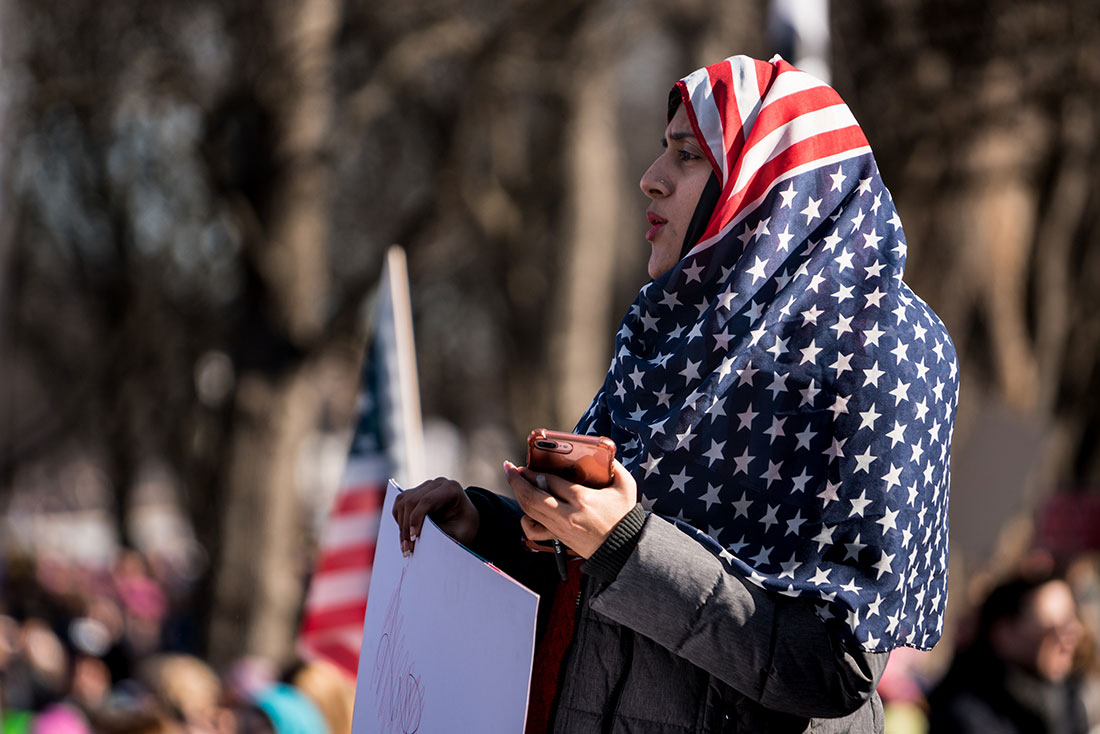 Shabina Shahnawaz, from Richmond, Virginia, joins the large crowd in front of the Lincoln Memorial in Washington. Ken Cedeno/UPI/Newscom 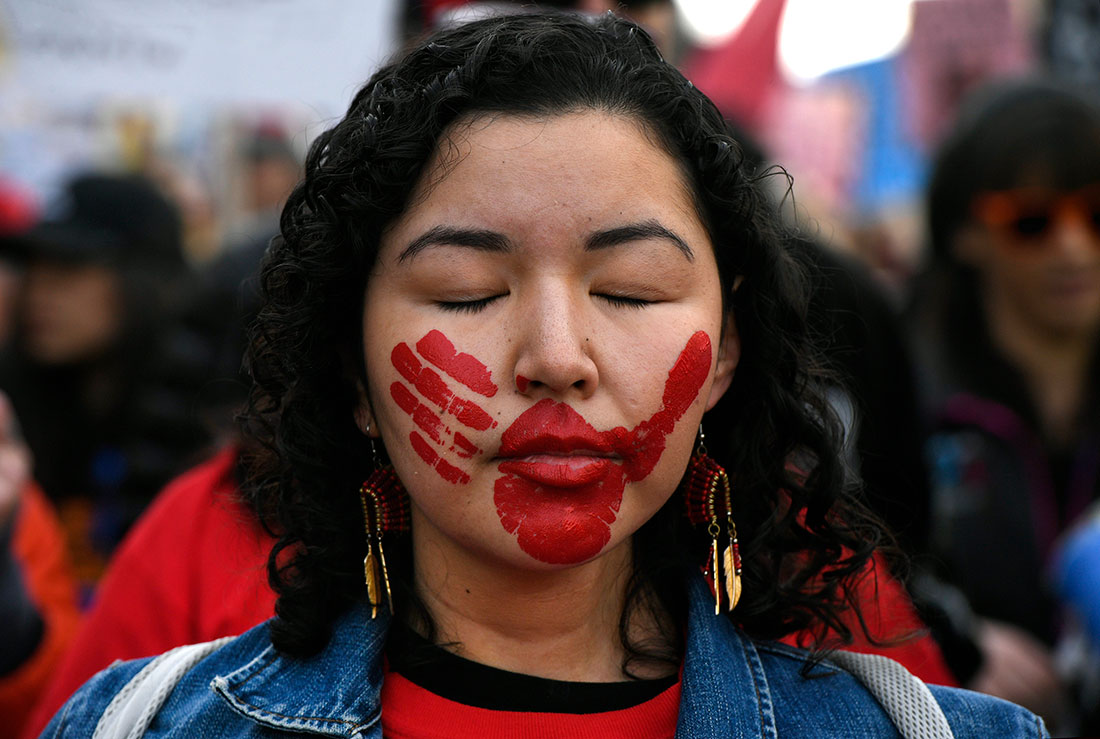 Tessa McLean, with the American Indian Movement of Colorado, closes her eyes as she marches with others during the Denver Women's March. Helen H. Richardson/The Denver Post/Getty Images 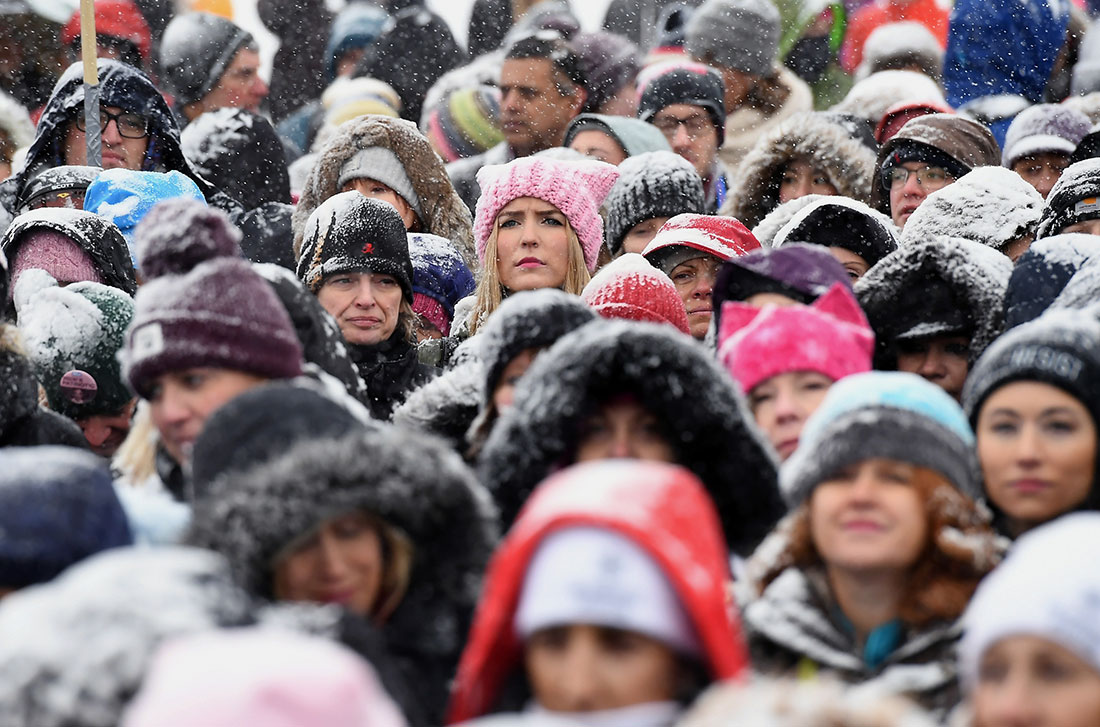 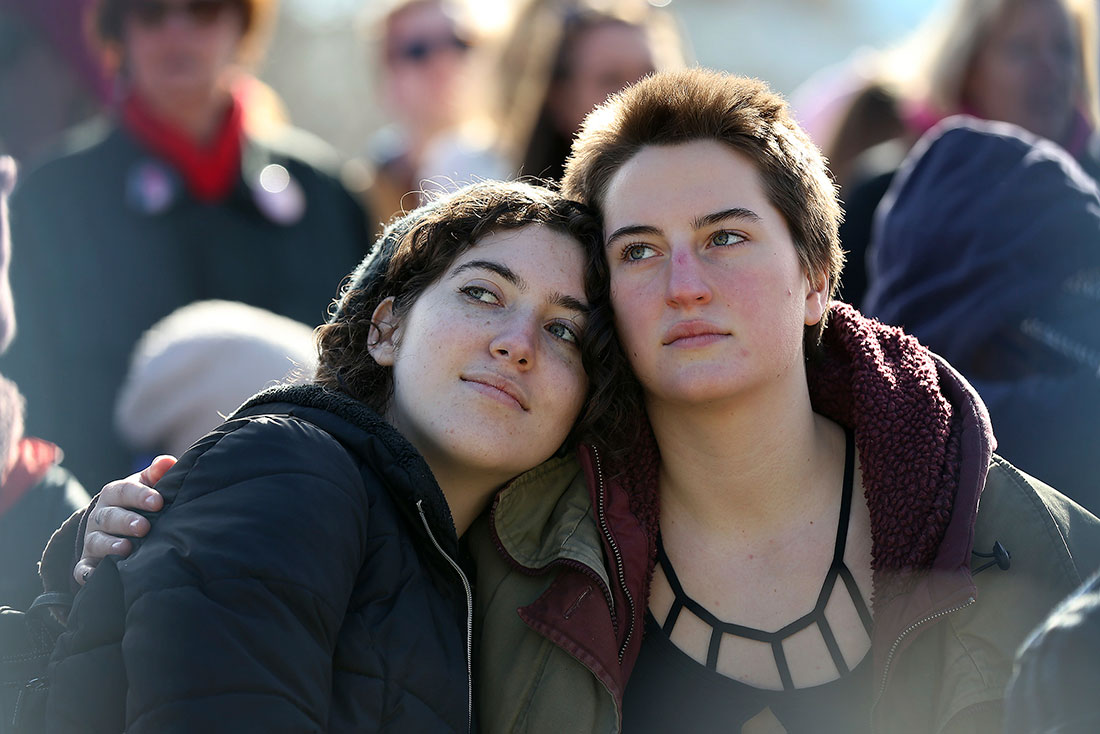 Adina Gewirtzman, left, and Katie Maguire, right, lean together as thousands gather for the Women's March in Philadelphia. David Maialetti /The Philadelphia Inquirer/AP 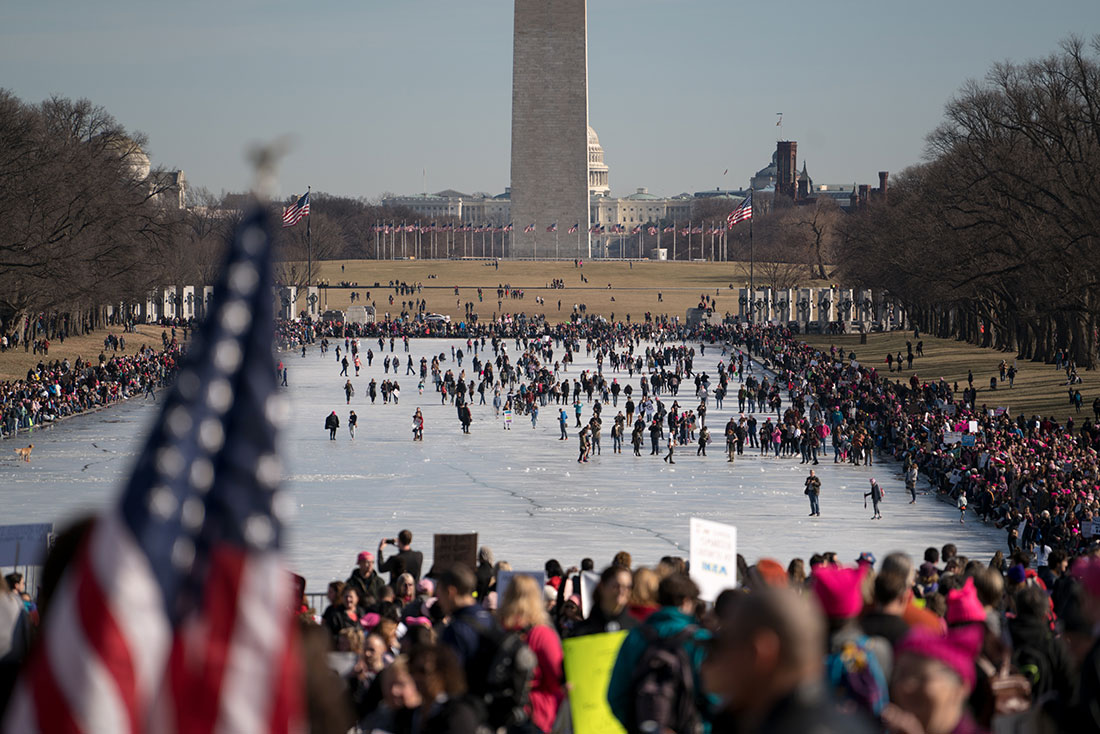 Members of the crowd walk on the frozen Reflecting Pool on the National Mall in Washington during the Women’s March. Ken Cedeno/UPI/Newscom 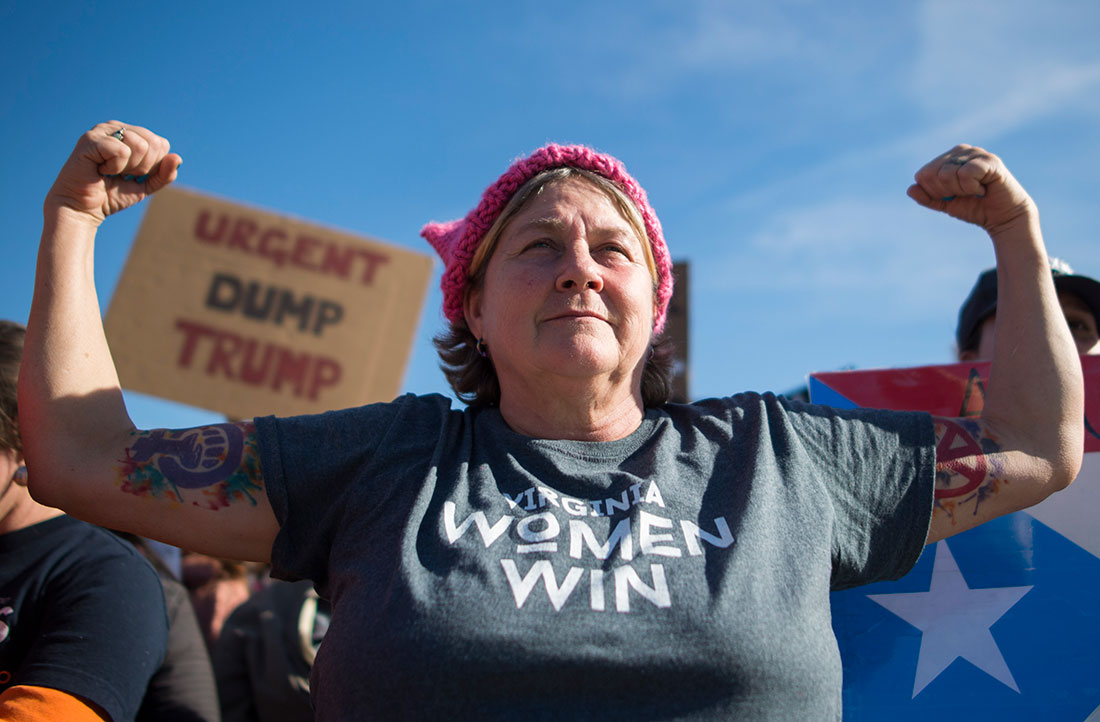 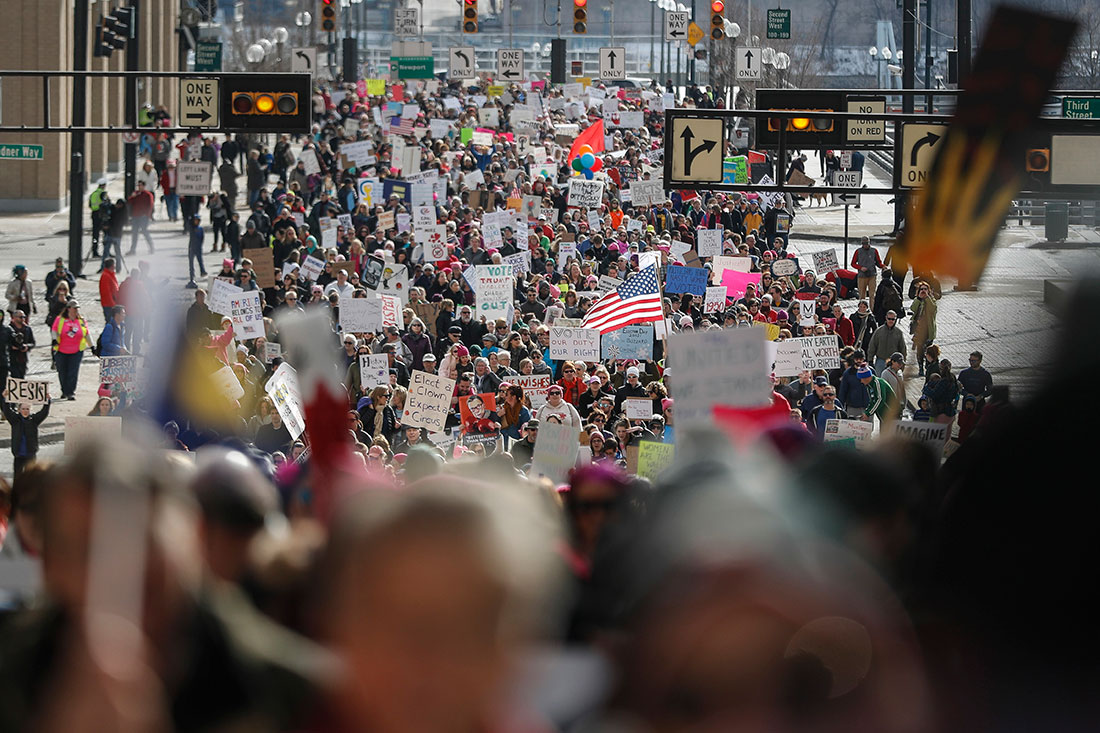 People participate in a Women's March in Cincinnati, highlighting demands for equal rights and equality for women. John Minchillo/AP 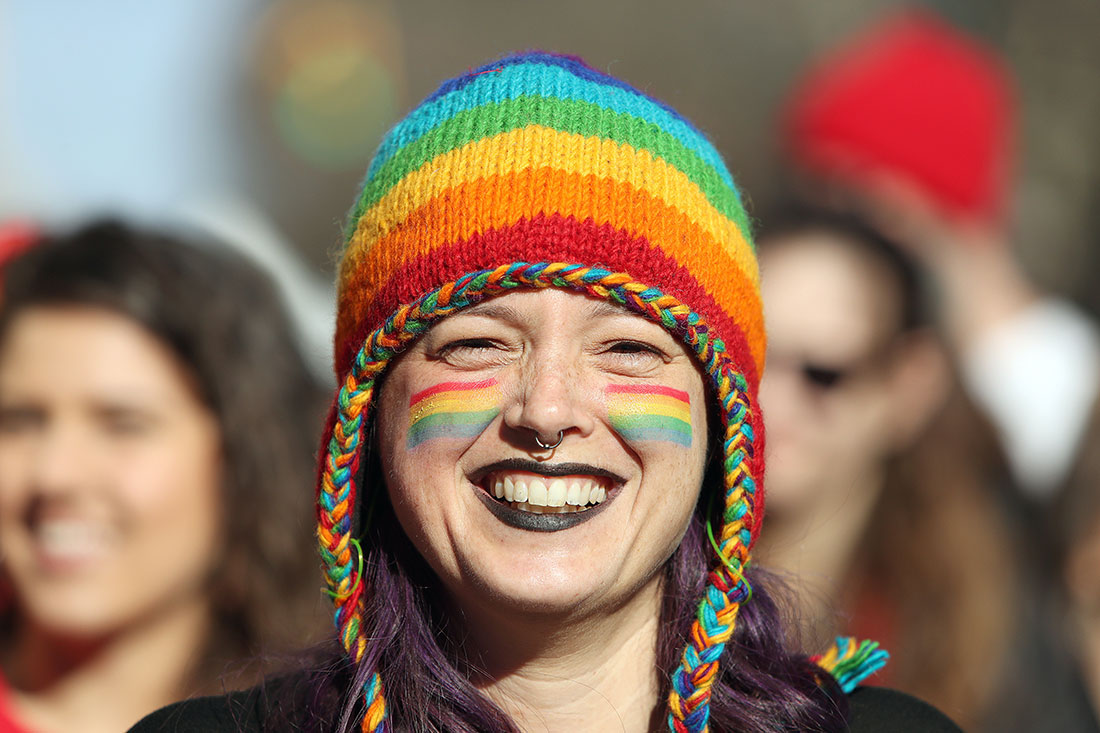 Face paint, hats and signs were a big feature of the Women’s Marches. This woman is at a march in New York. Andrew Schwartz/Splash News/Newscom 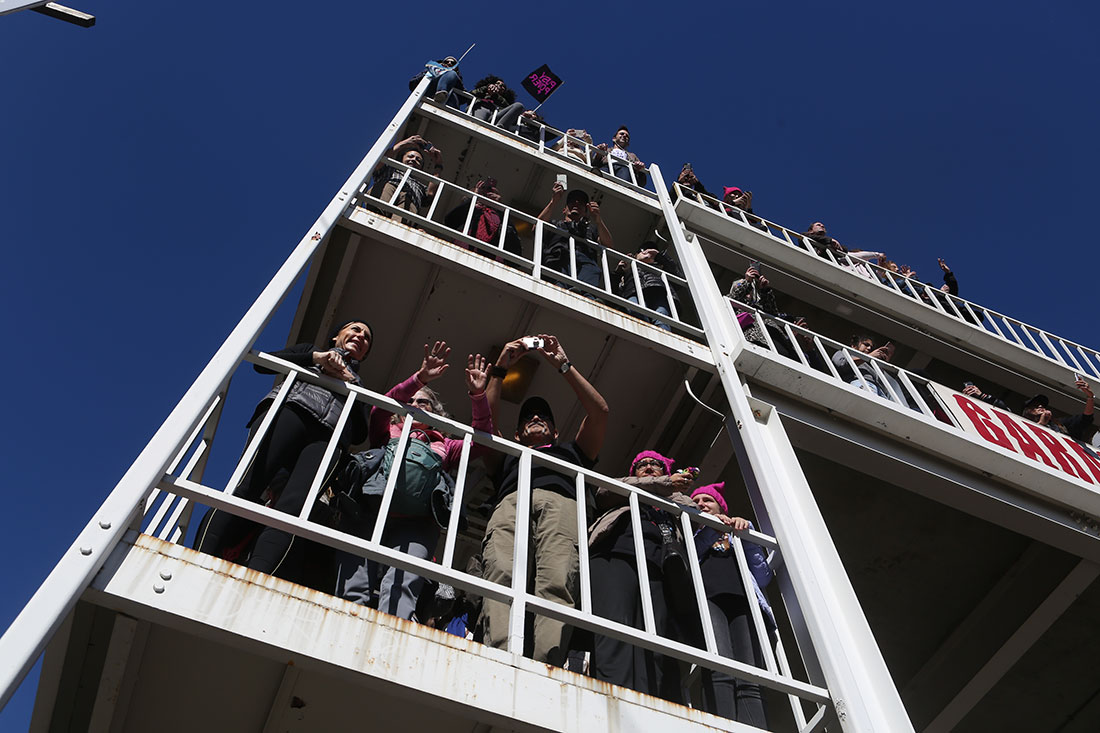 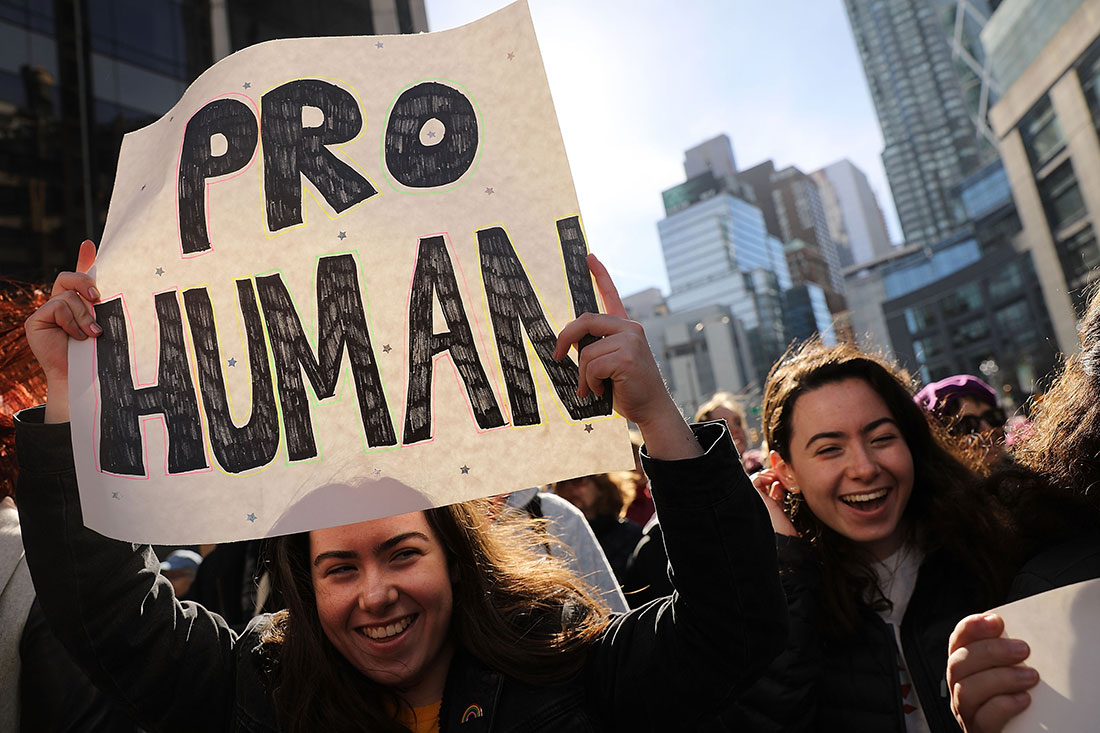 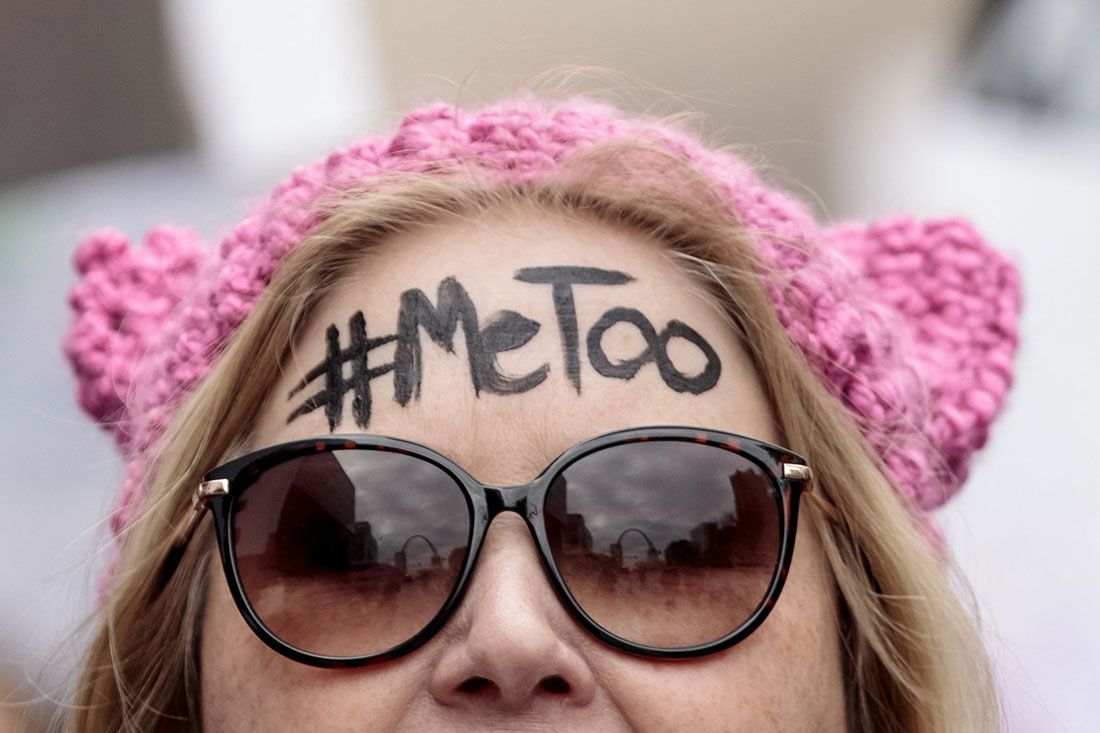 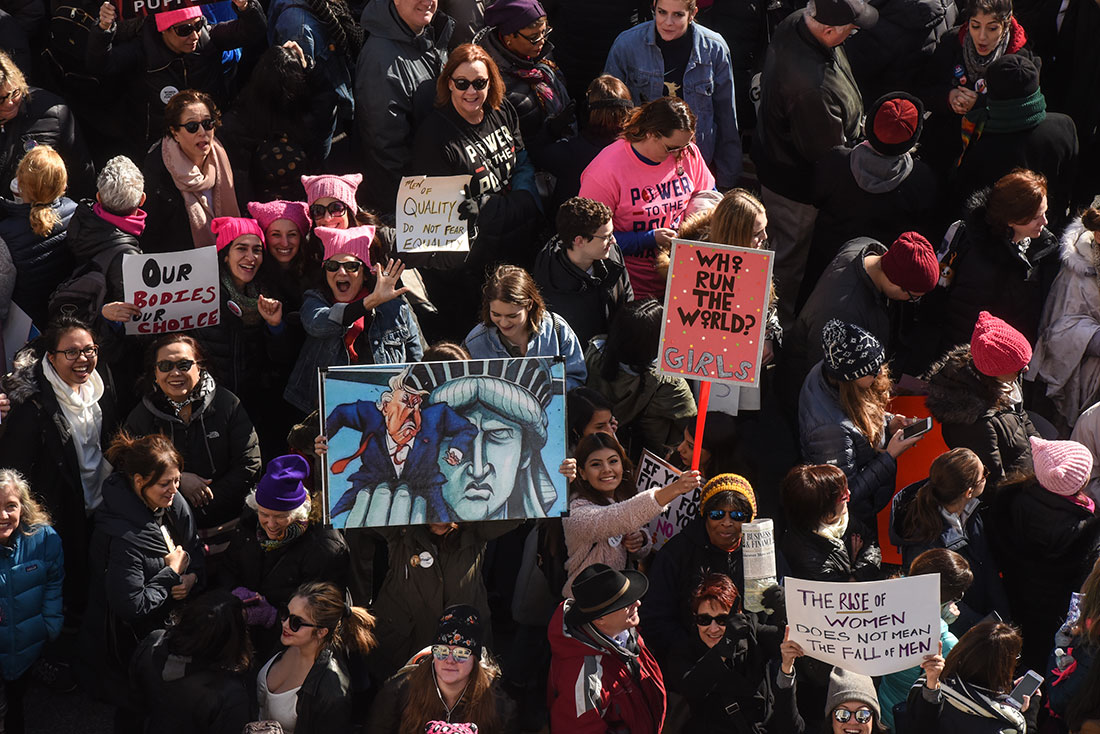