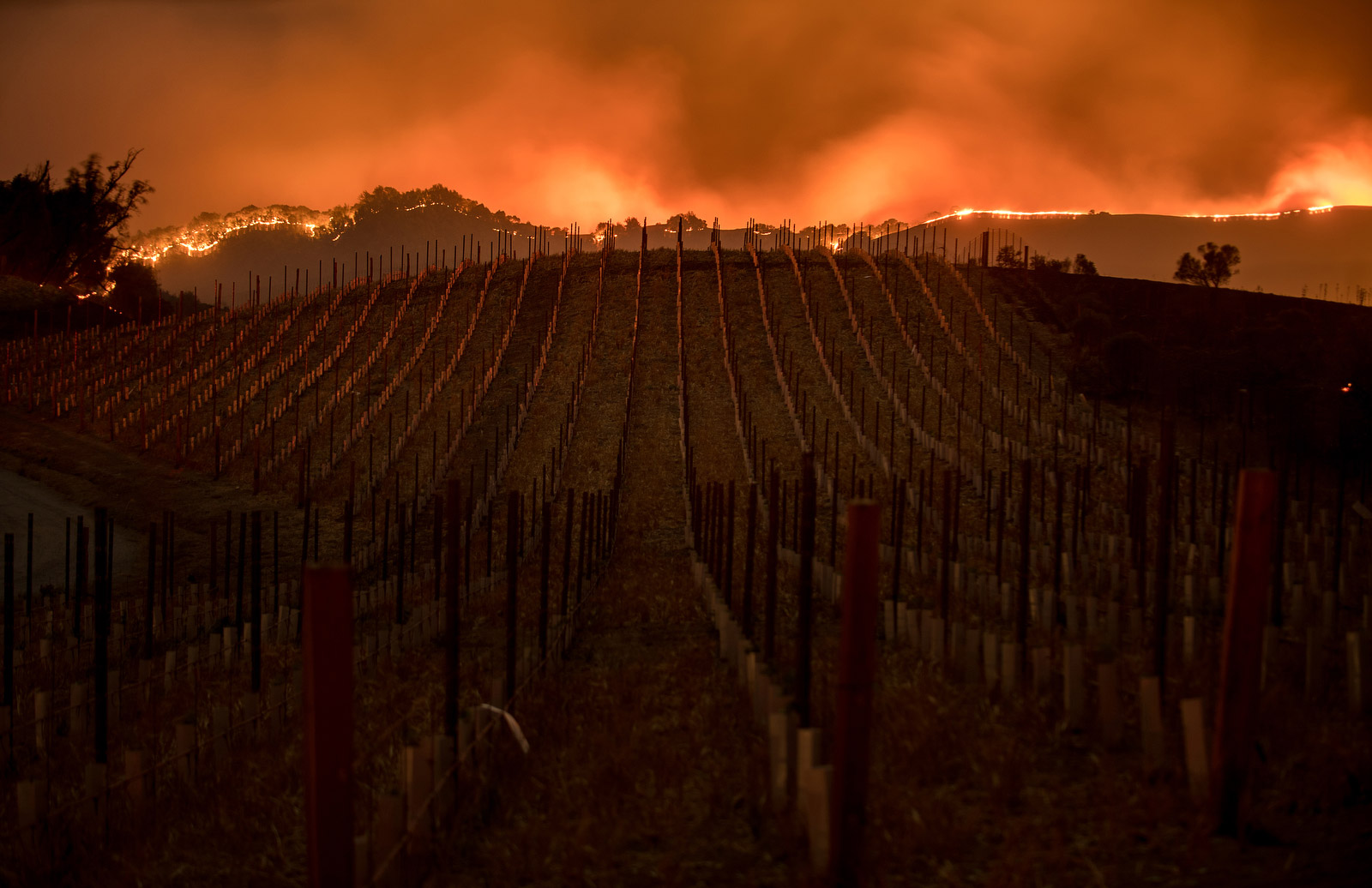 Fueled by dry brush and timber, low humidity and, at times, hurricane-force winds, wildfires continue to rush through the forests and over the rolling hills of Northern California’s picturesque landscape.

With alarming speed, the inferno has reduced hundreds of homes to embers and forced thousands of Californians to flee to safety. Over one 12-hour period since the blazes began — more than a dozen of them — they burned 20,000 acres, a rate of about a football field every three seconds.

The deadly fires have also consumed some of the popular wineries and vineyards in Napa and Sonoma counties, but concerns for wine country — one of the region’s most important economic engines — are secondary at best as beleaguered first responders scramble through and above the fires in search of those trapped. Many residents risked the blaze in hopes of saving their properties with garden hoses and buckets of water. 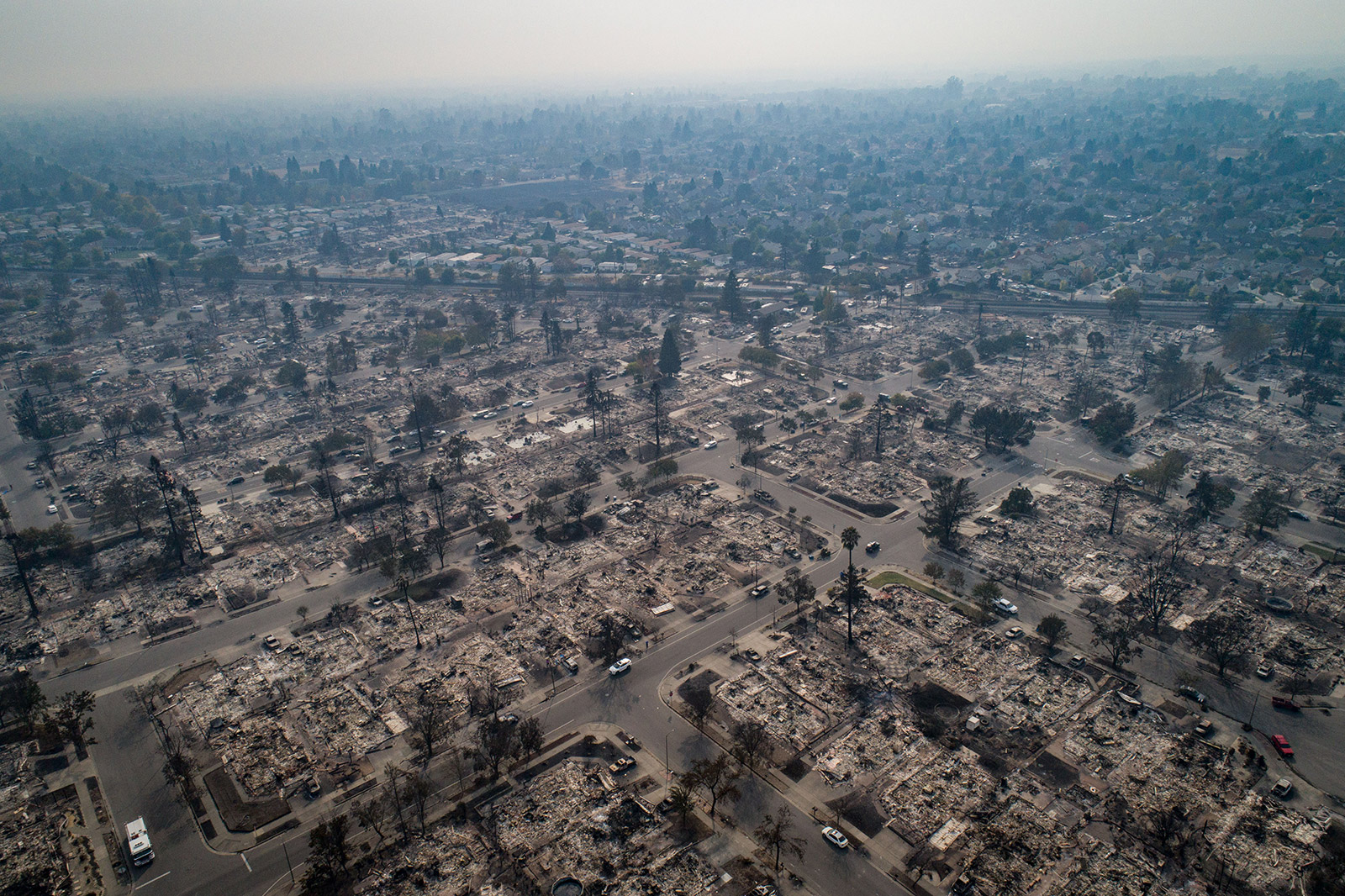 An aerial photo taken on Tuesday, October 10, shows homes of homes that were burned by wildfire in the Coffey Park neighborhood of Santa Rosa, California. Josh Haner/The New York Times/Redux 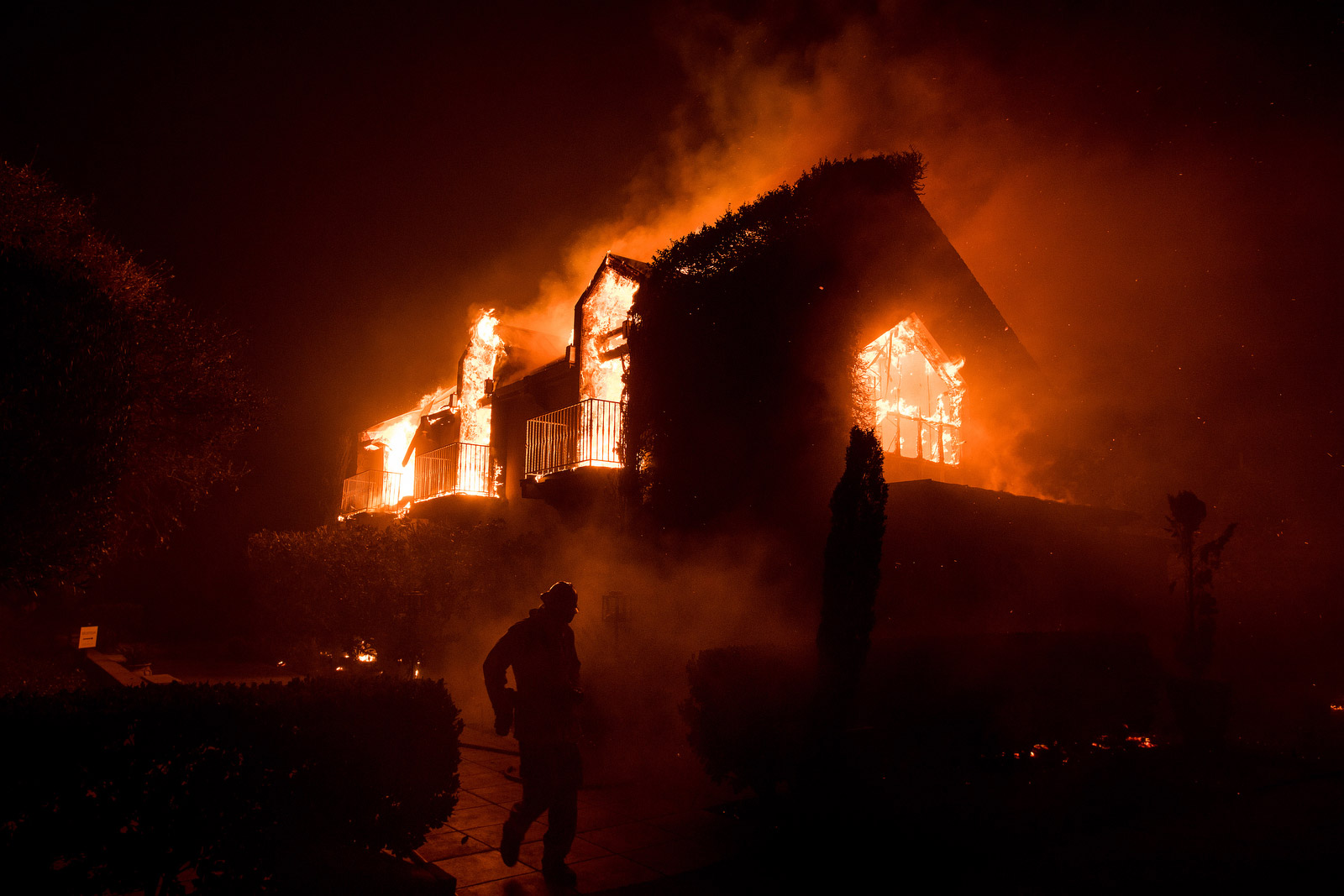 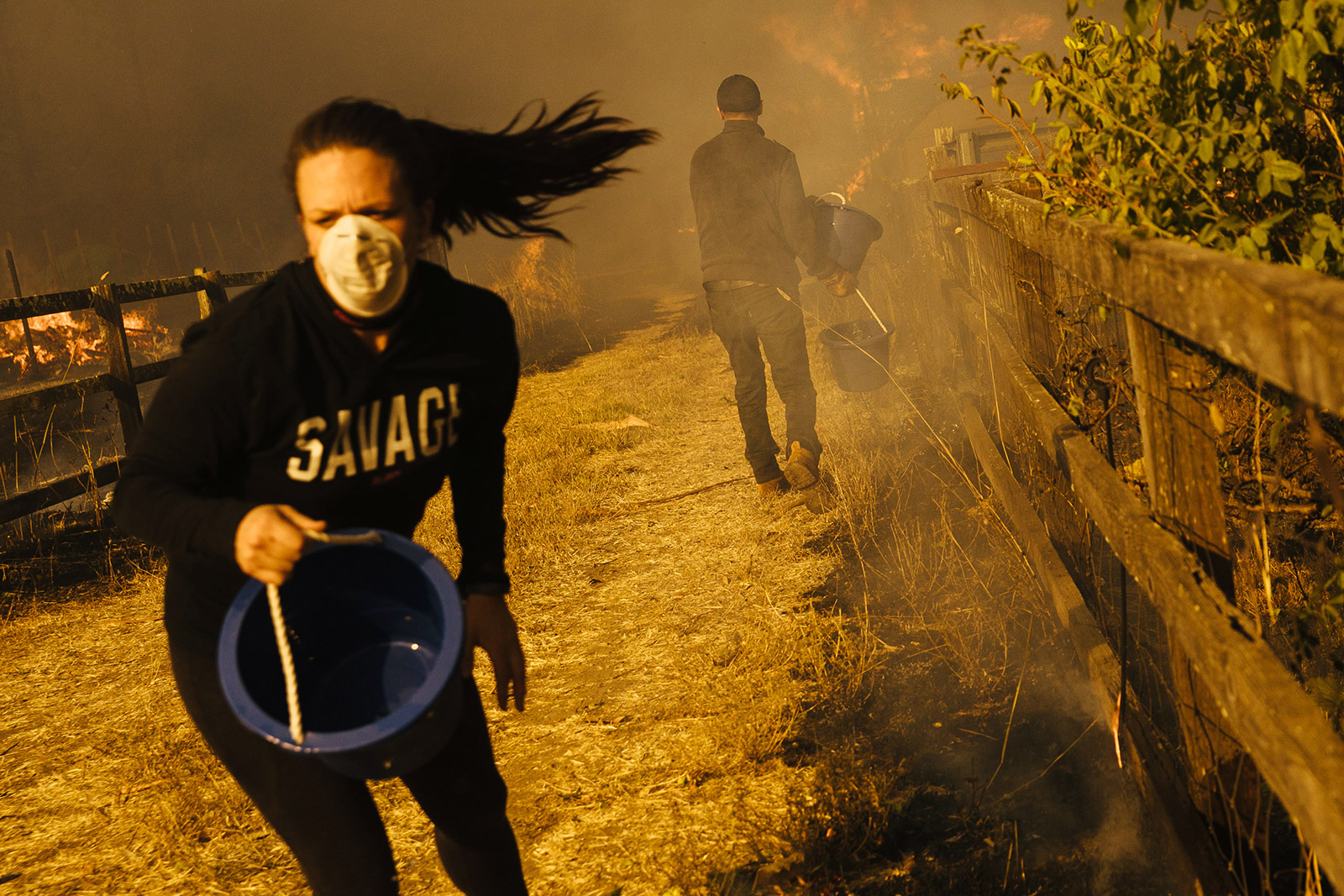 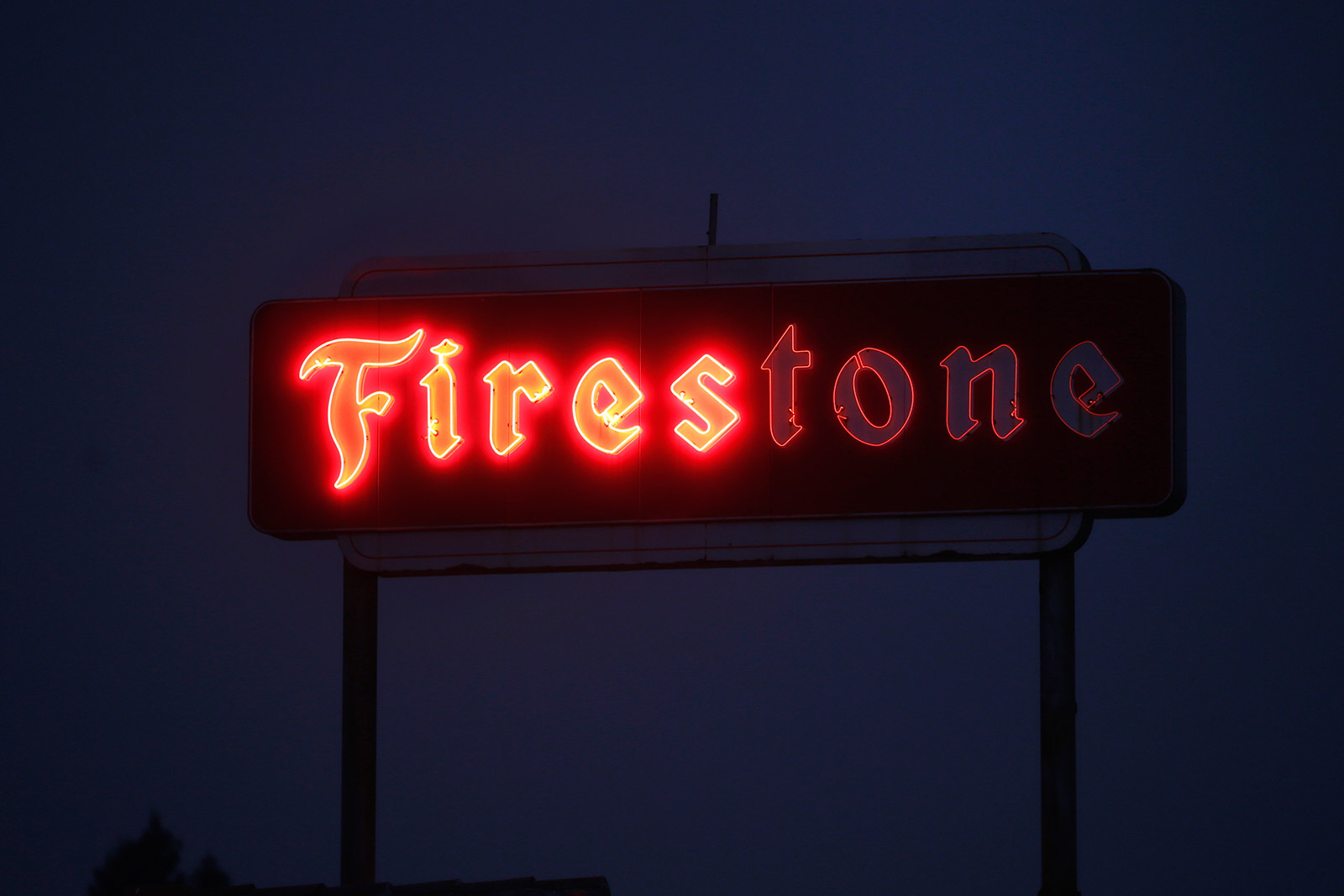 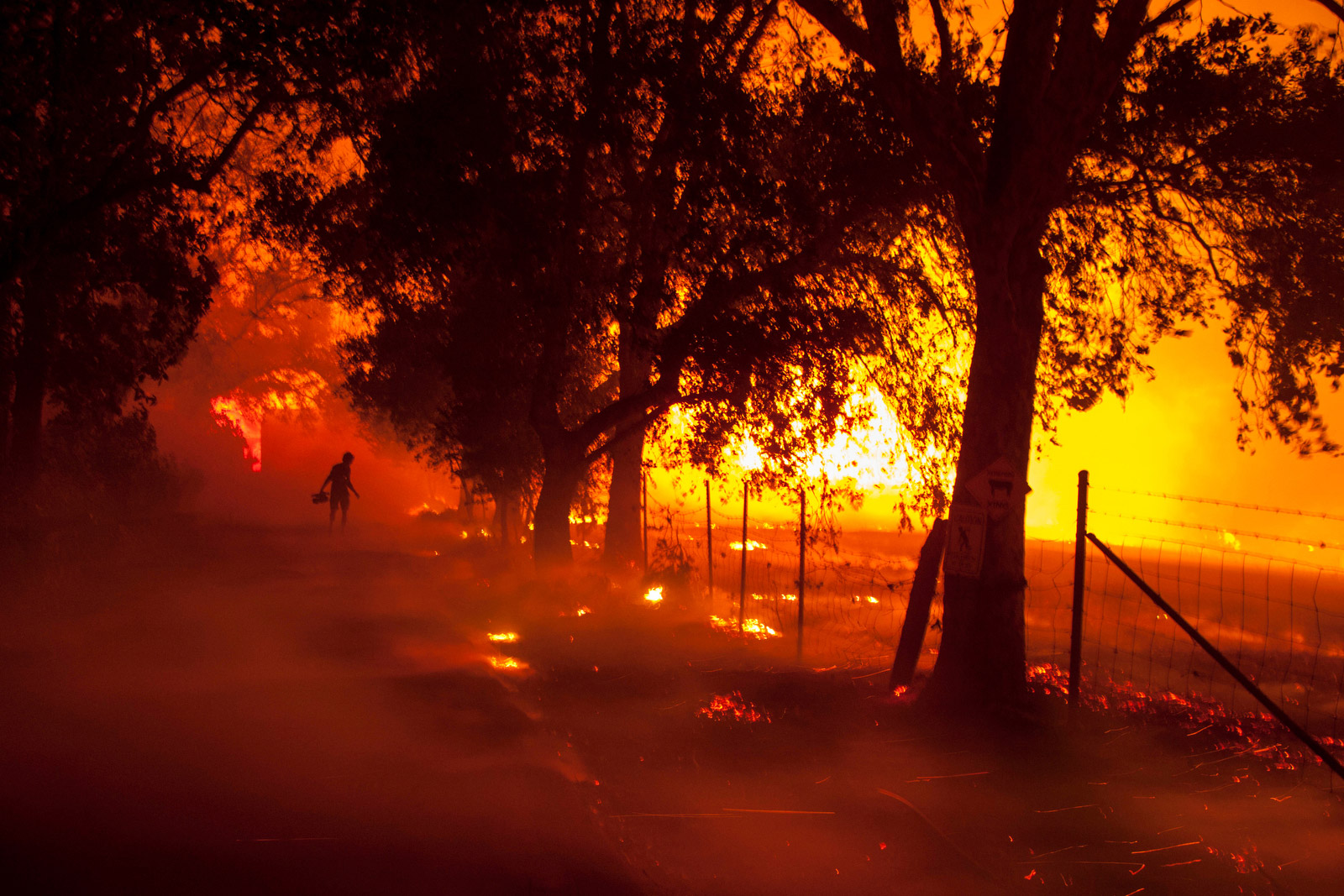 A TV cameraman inches closer to a burning building at a Napa Valley winery on Monday, October 9. Peter DaSilva/Polaris 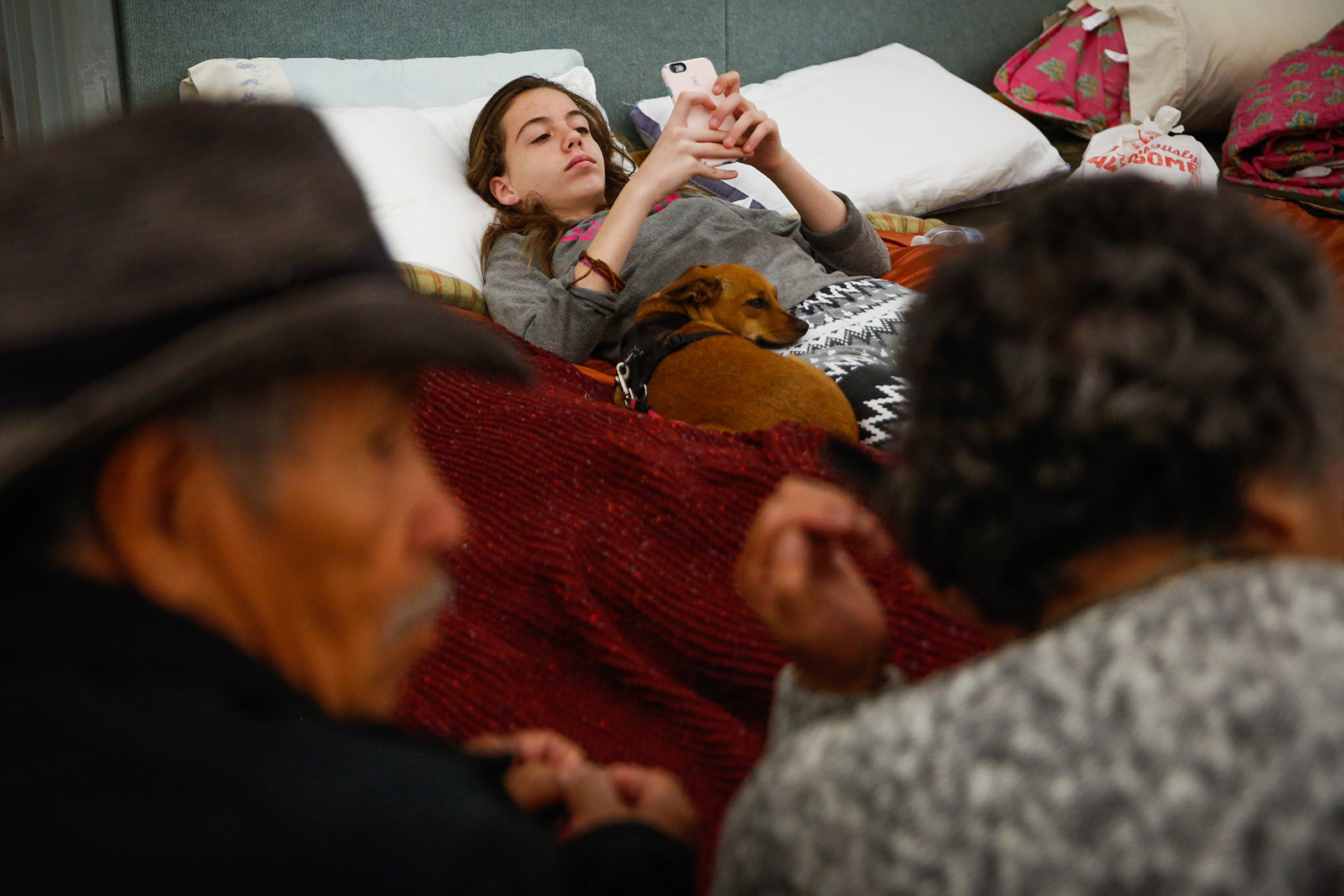 Evacuee Haley Vining rests on a cot after spending the night at a community center in Petaluma, California, on Tuesday, October 10. Her family lost their mobile home. Gabrielle Lurie/San Francisco Chronicle/Polaris 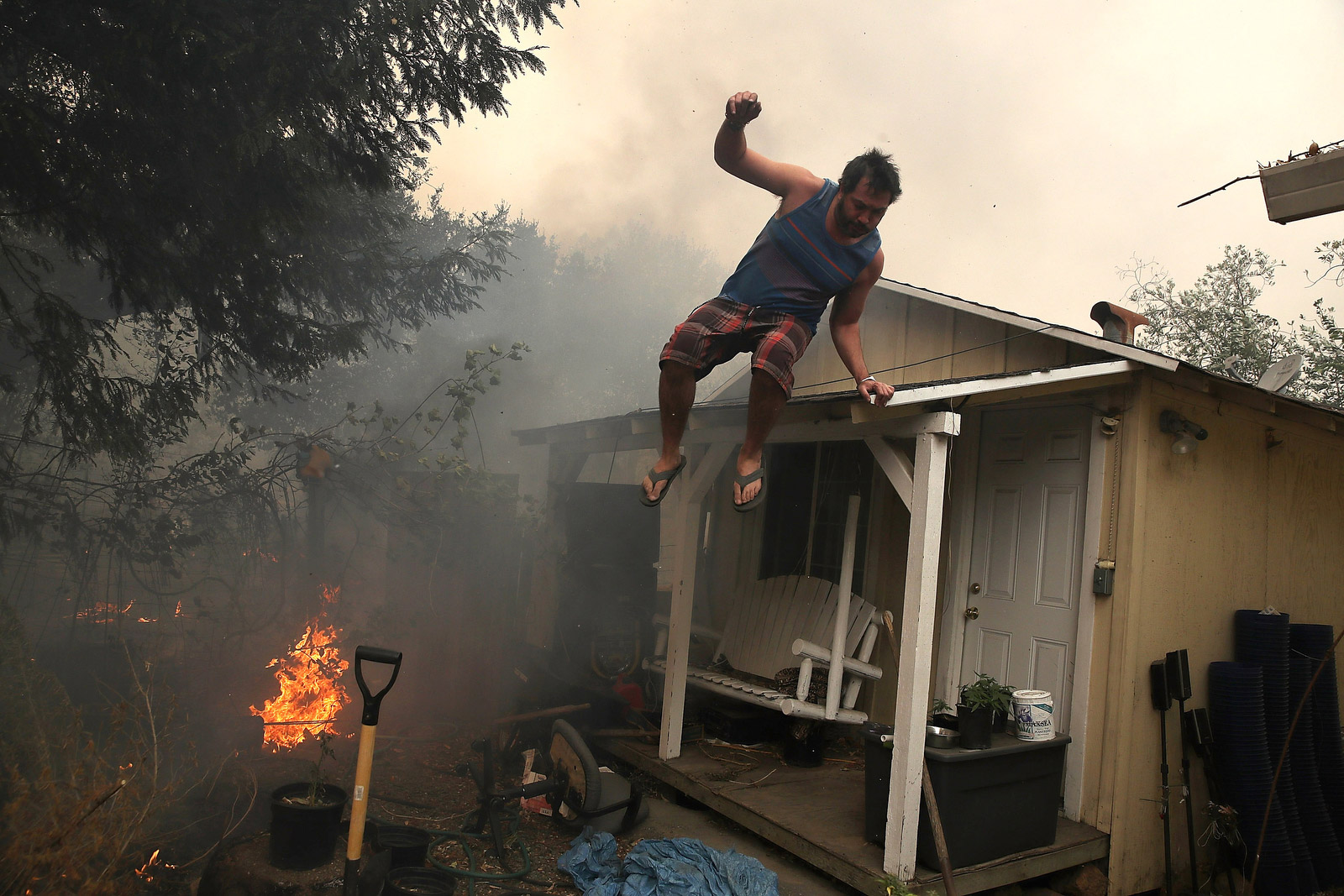 A resident rushes to salvage his home as a wildfire moves through Glen Ellen, California, on Monday, October 9. Justin Sullivan/Getty Images 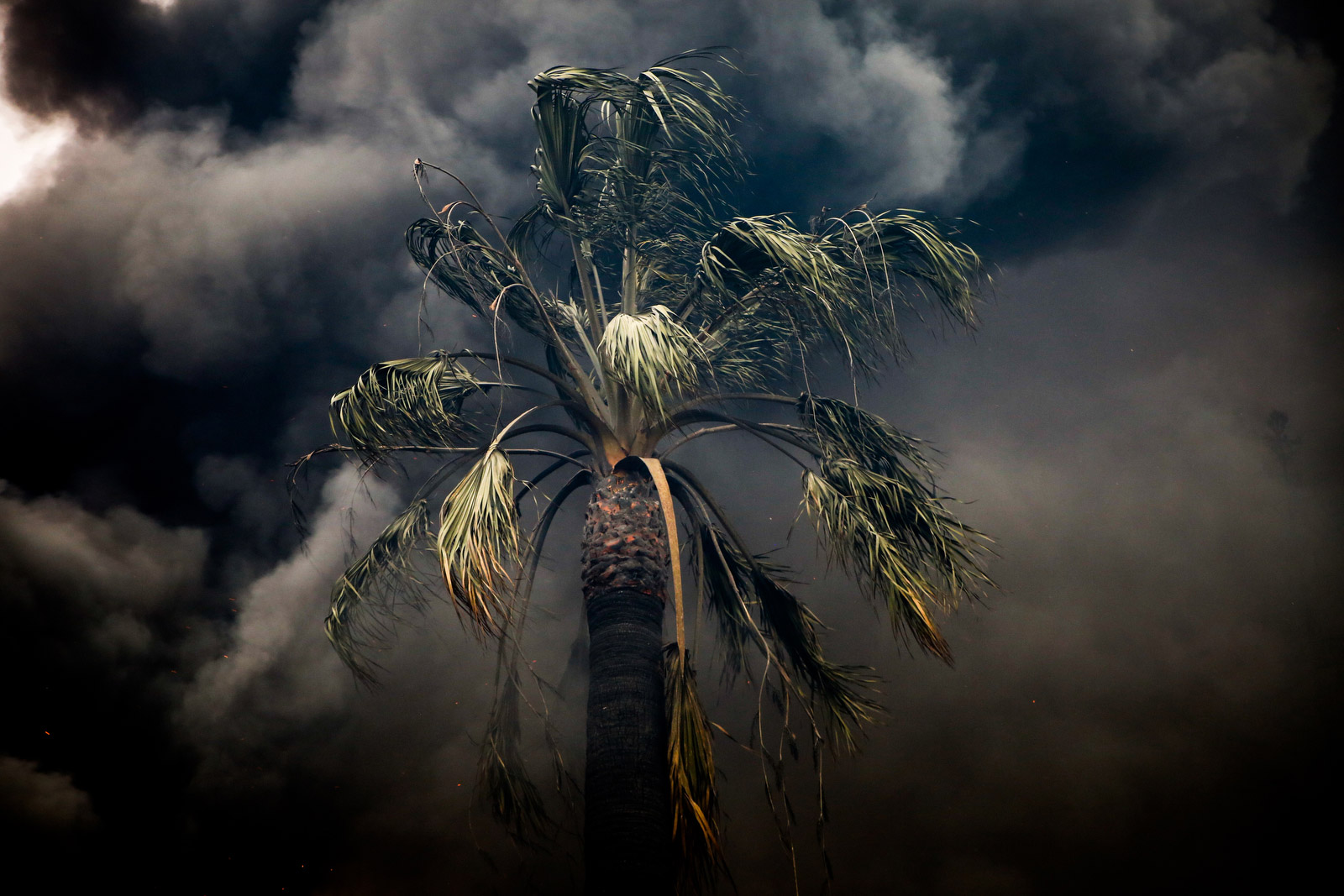 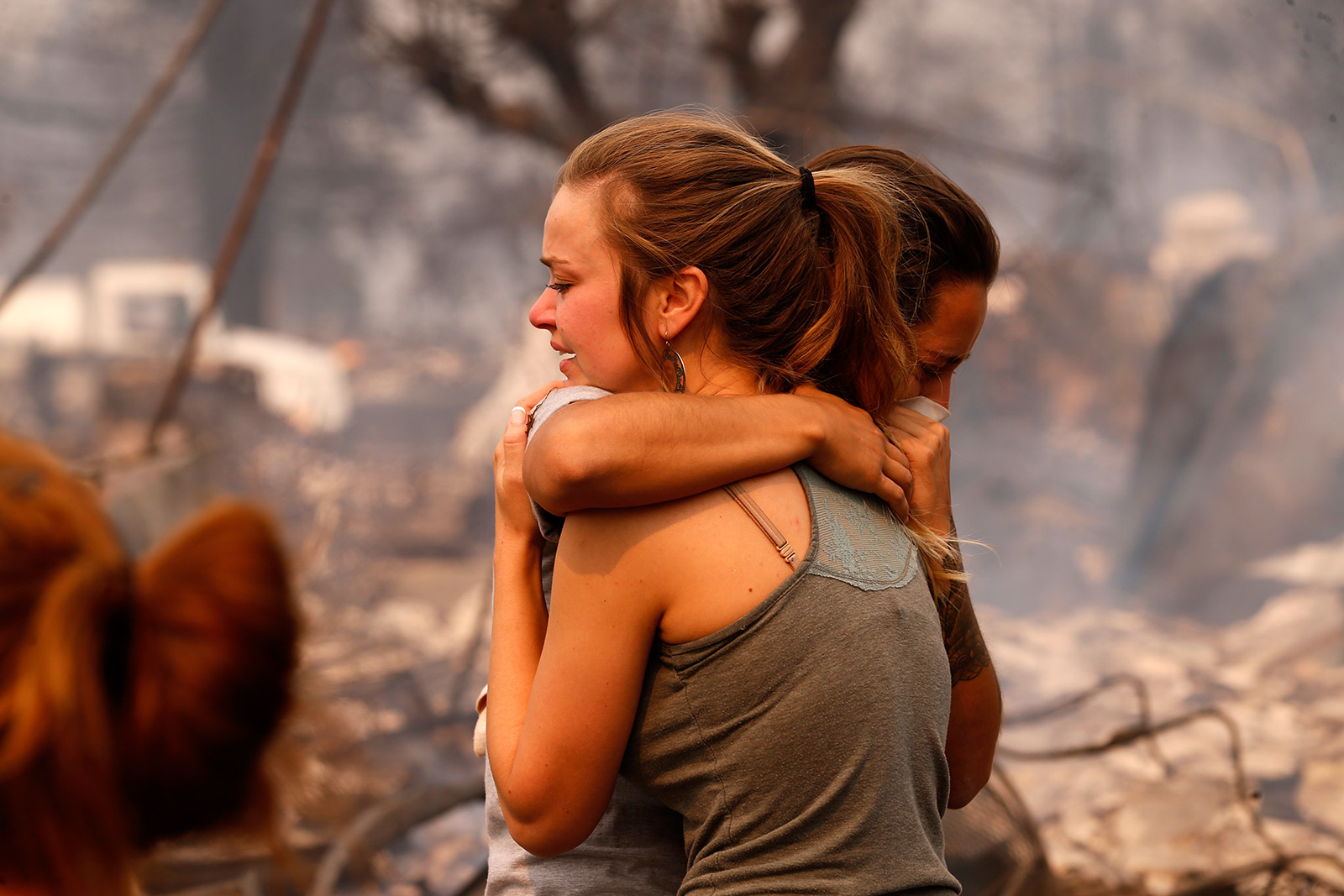 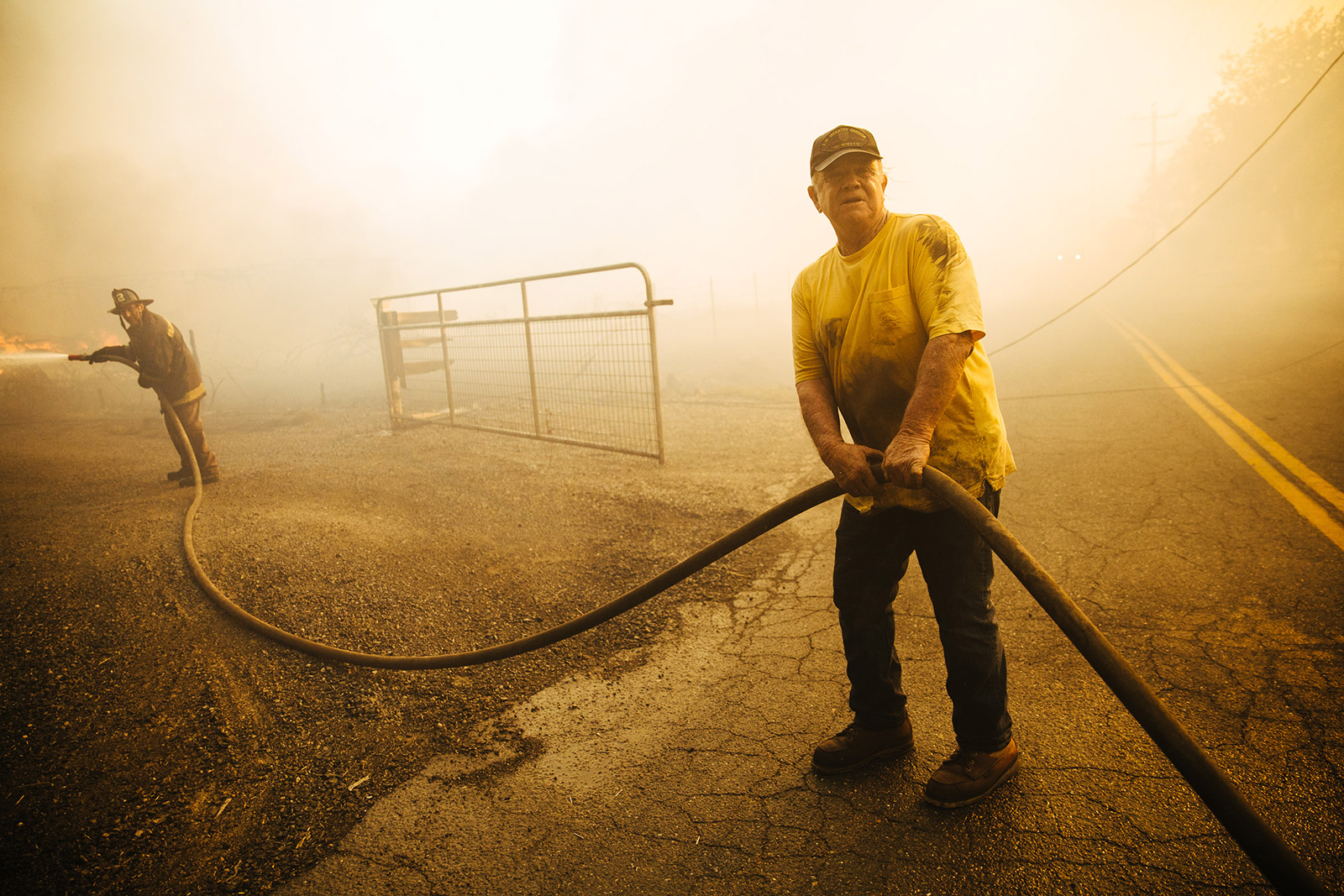 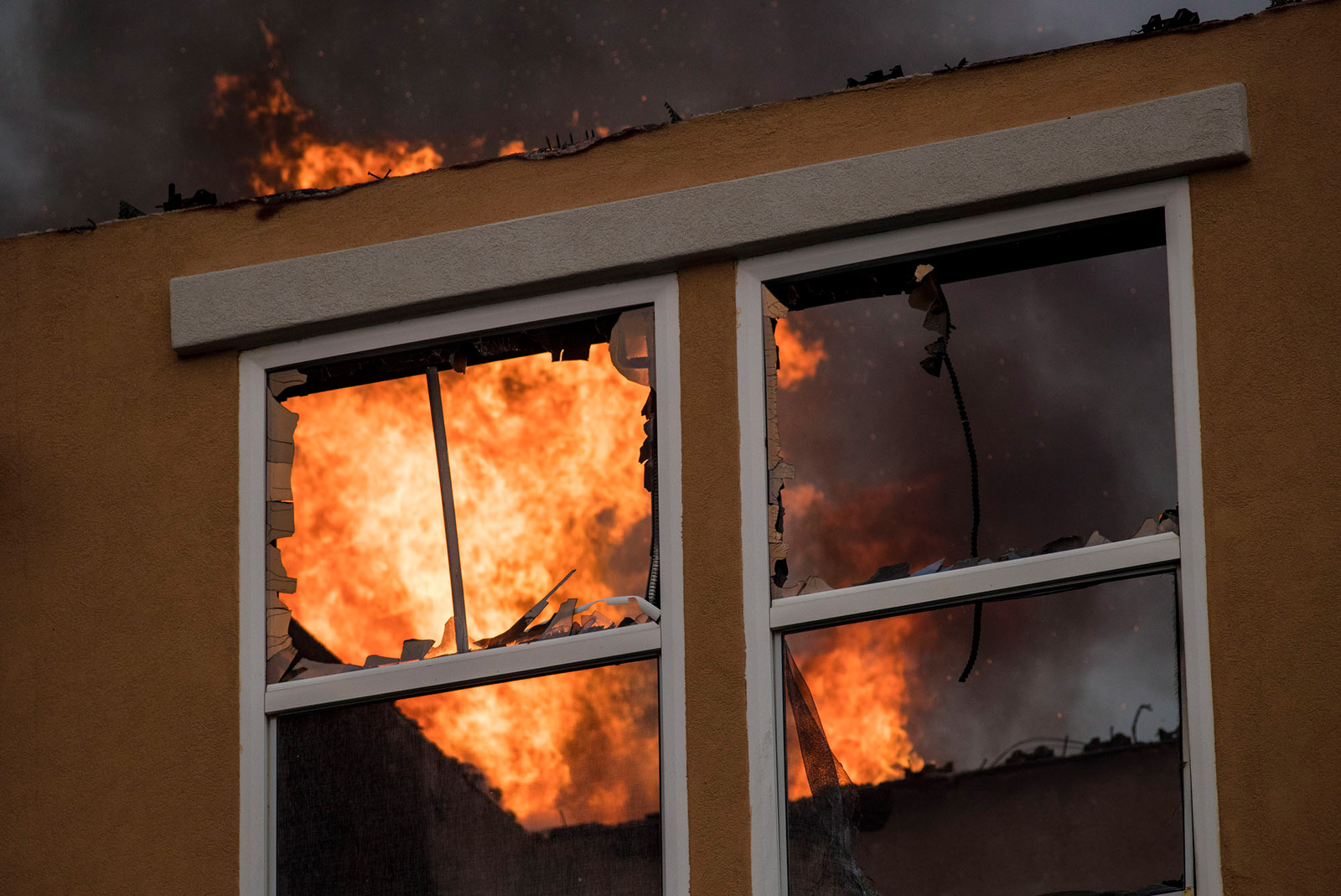 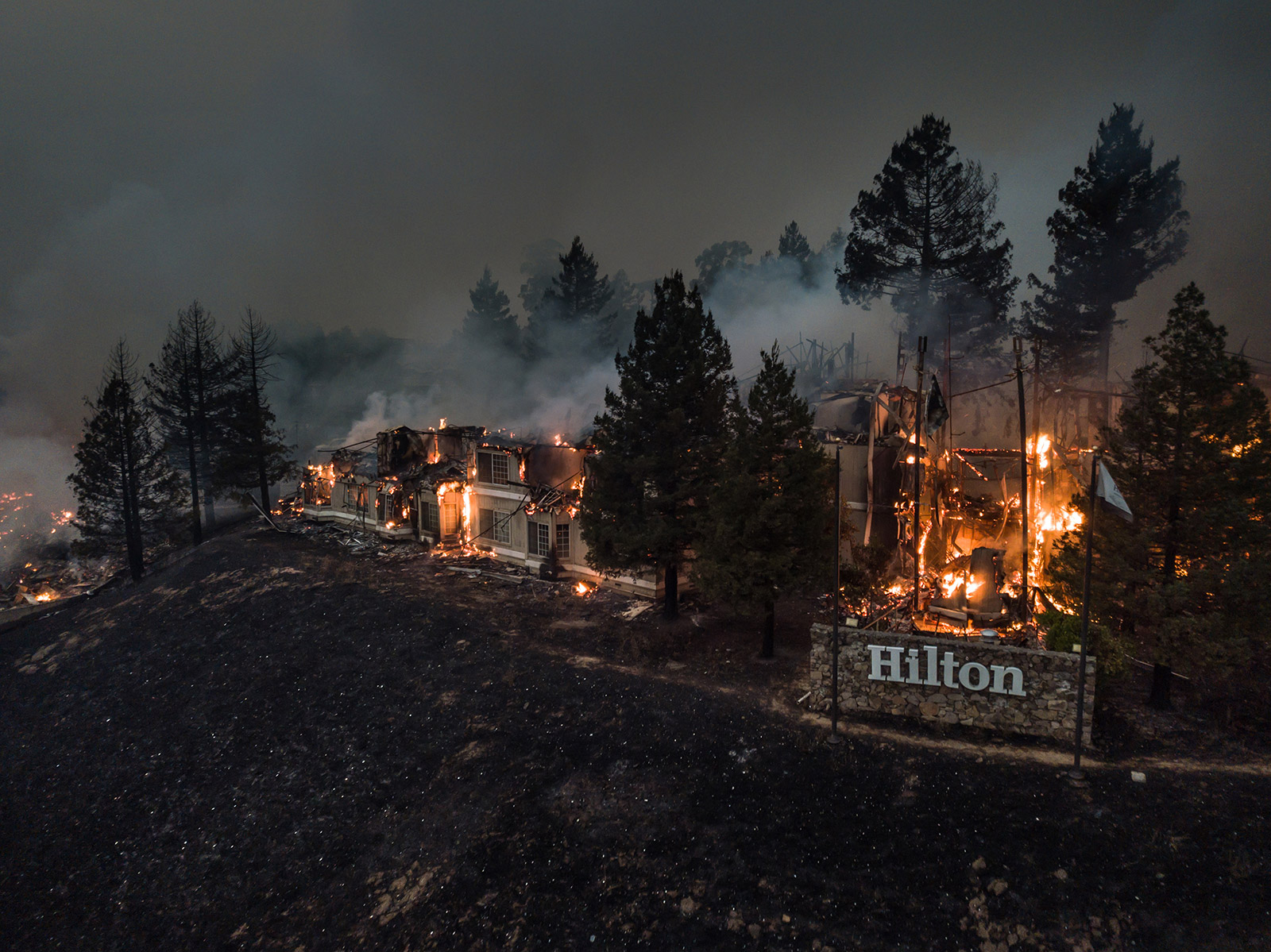 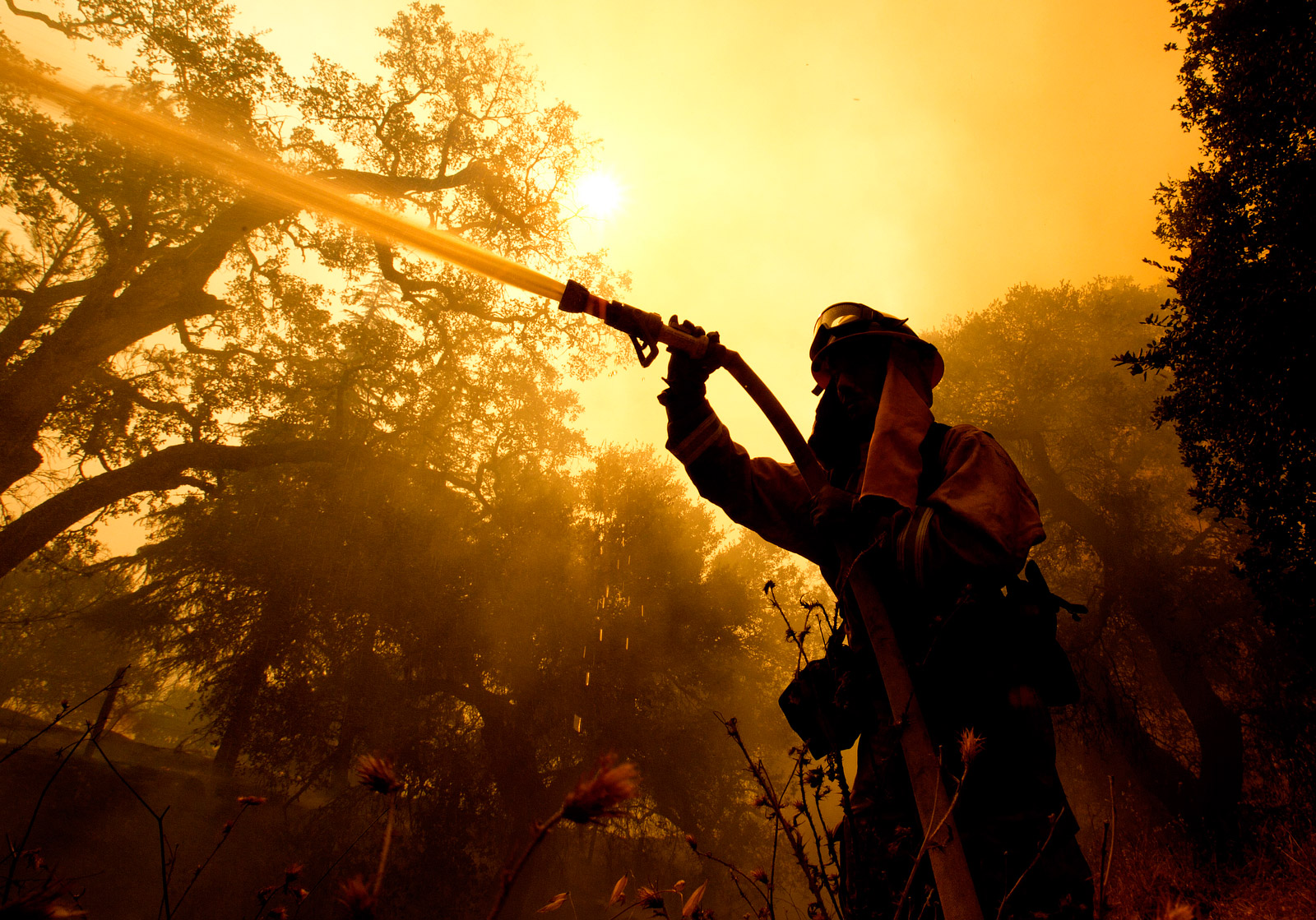 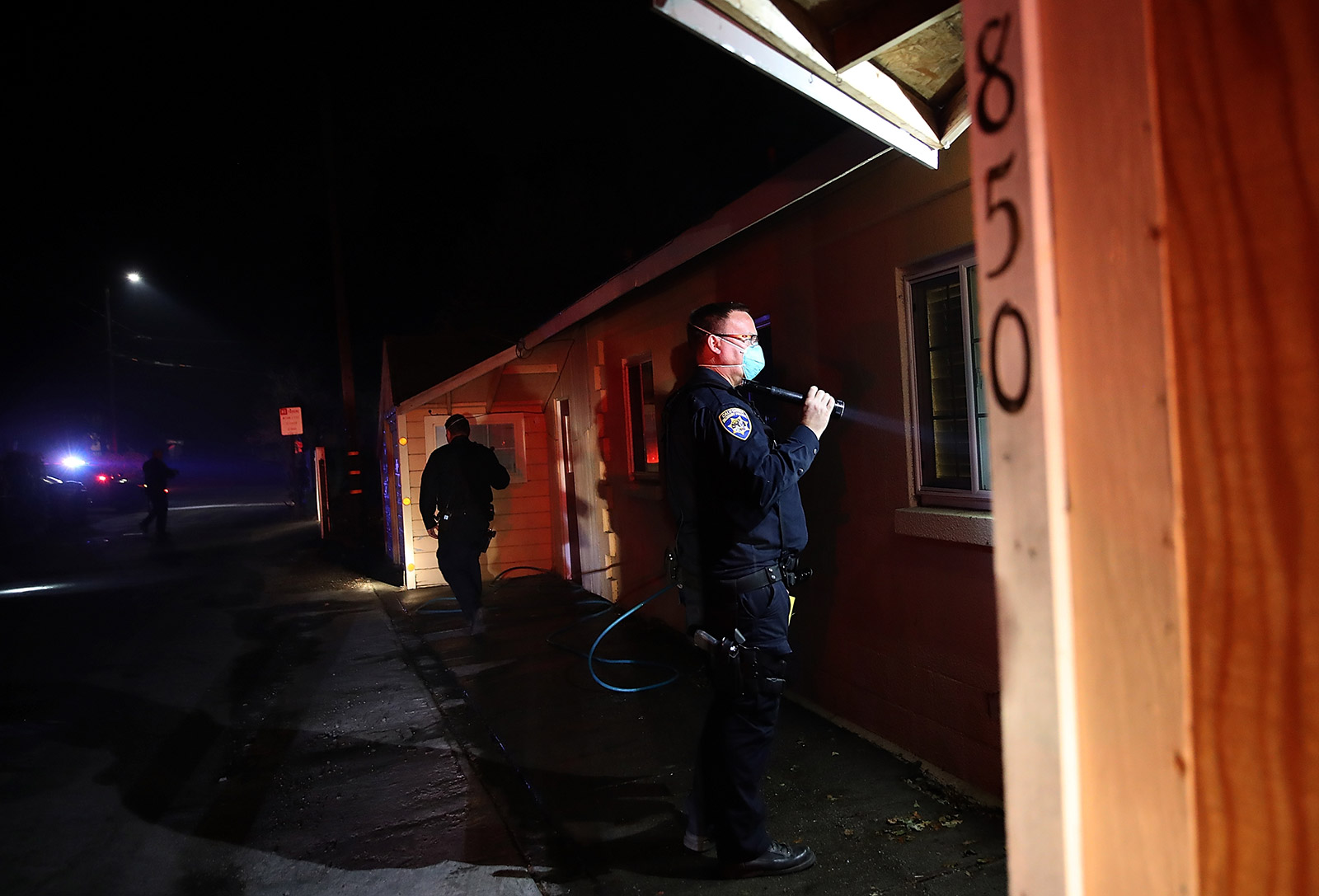 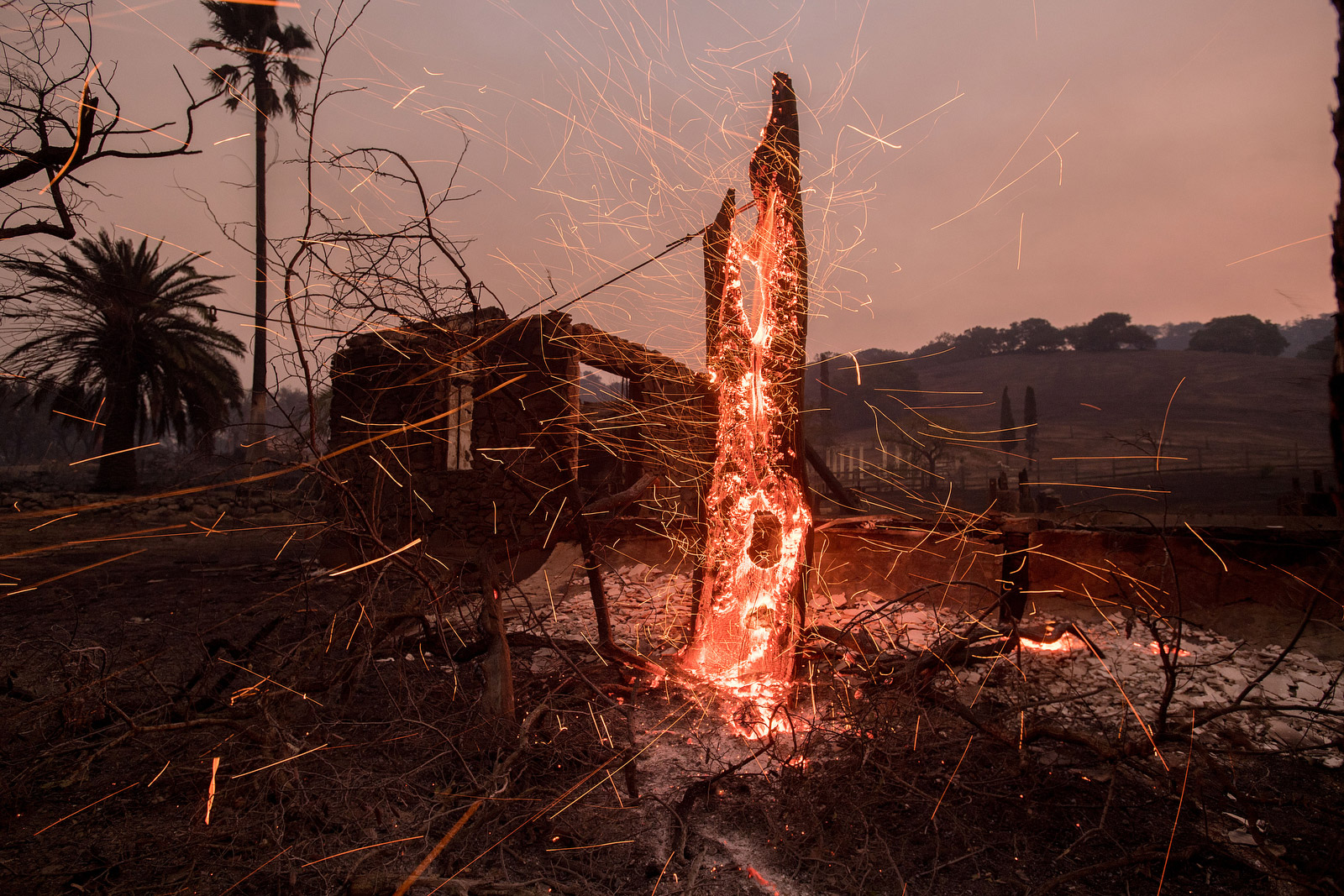 Embers fly from a tree Monday, October 9, in front of a leveled structure at the Nicholson Ranch winery in Sonoma. Noah Berger/San Francisco Chronicle/Polaris 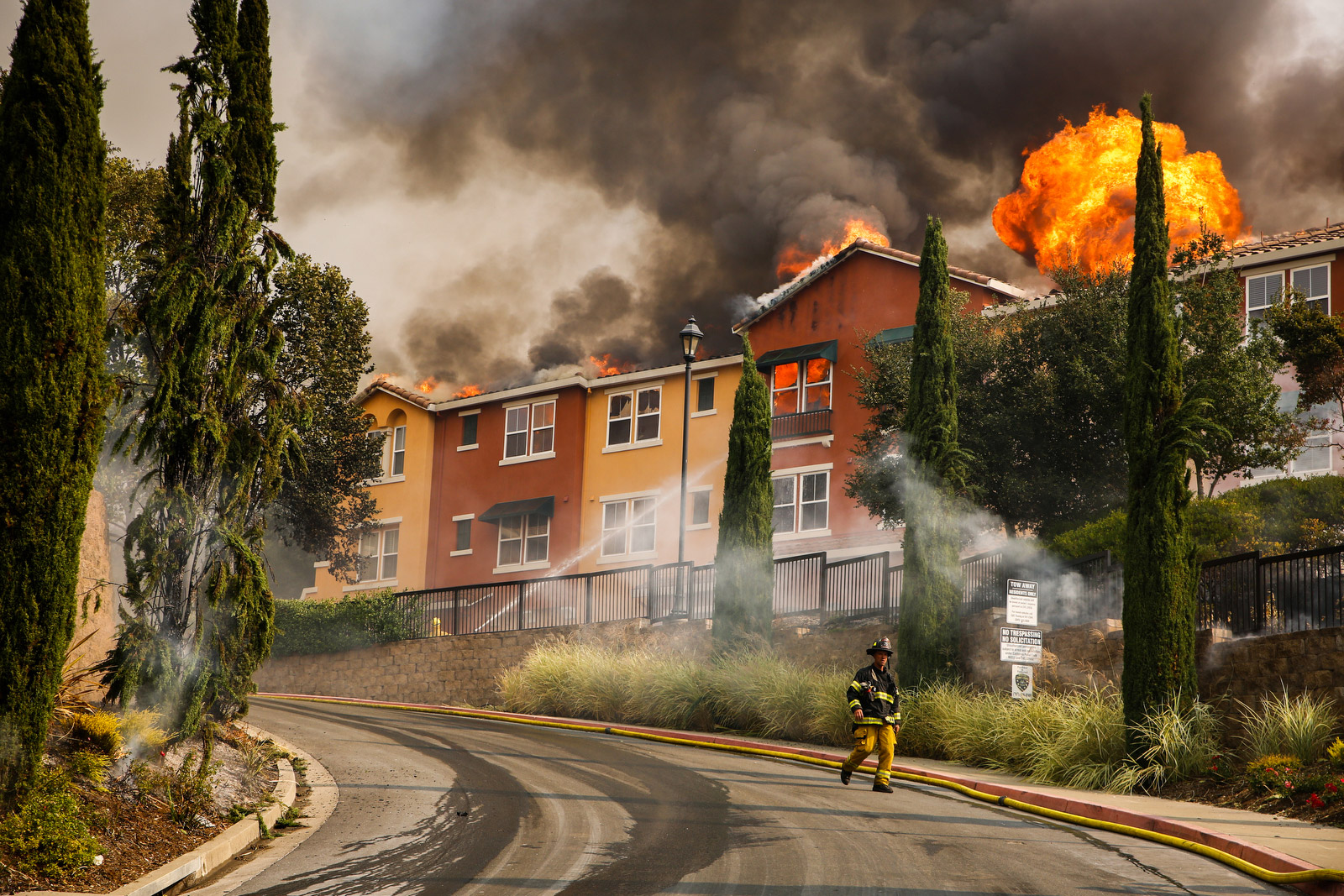 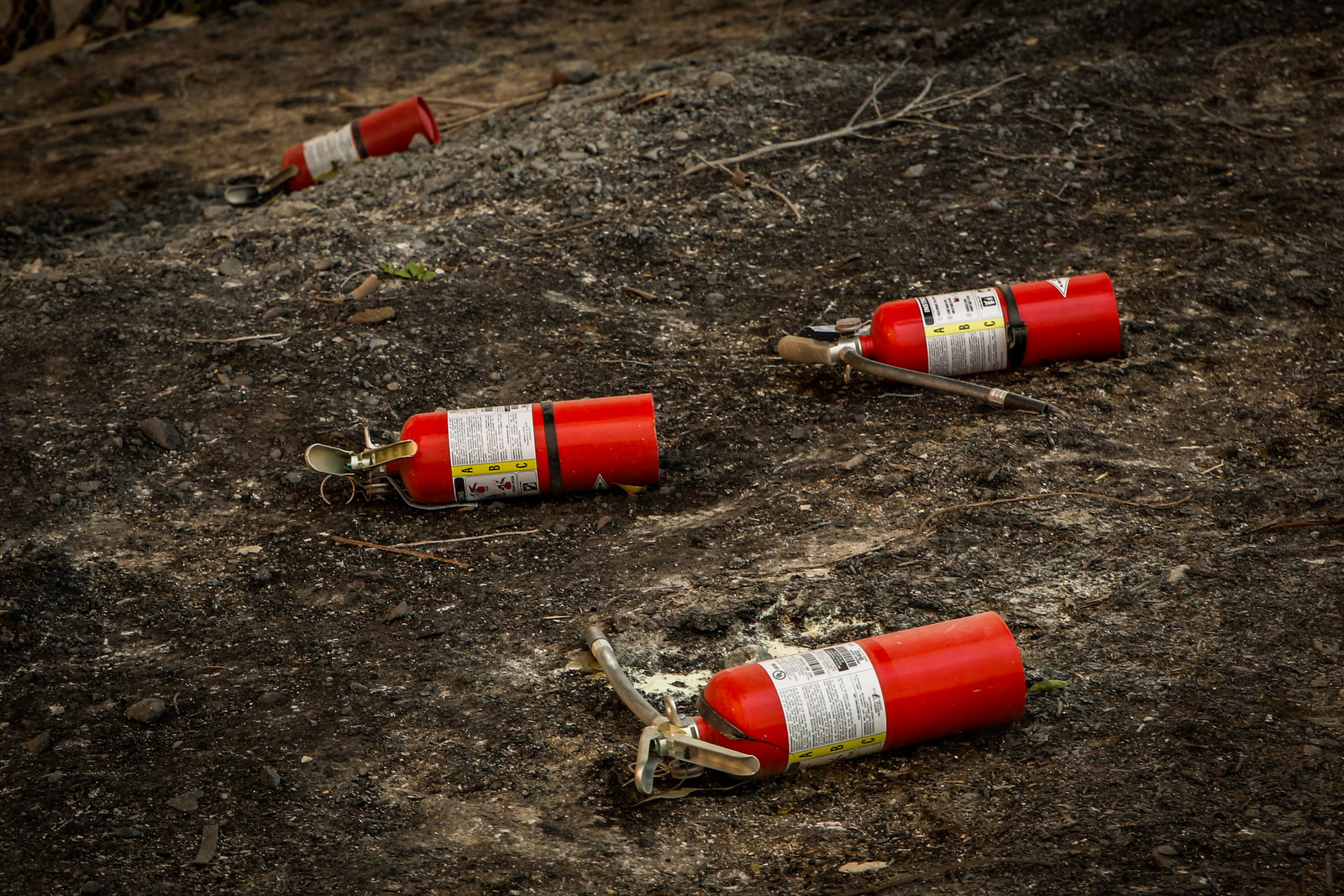 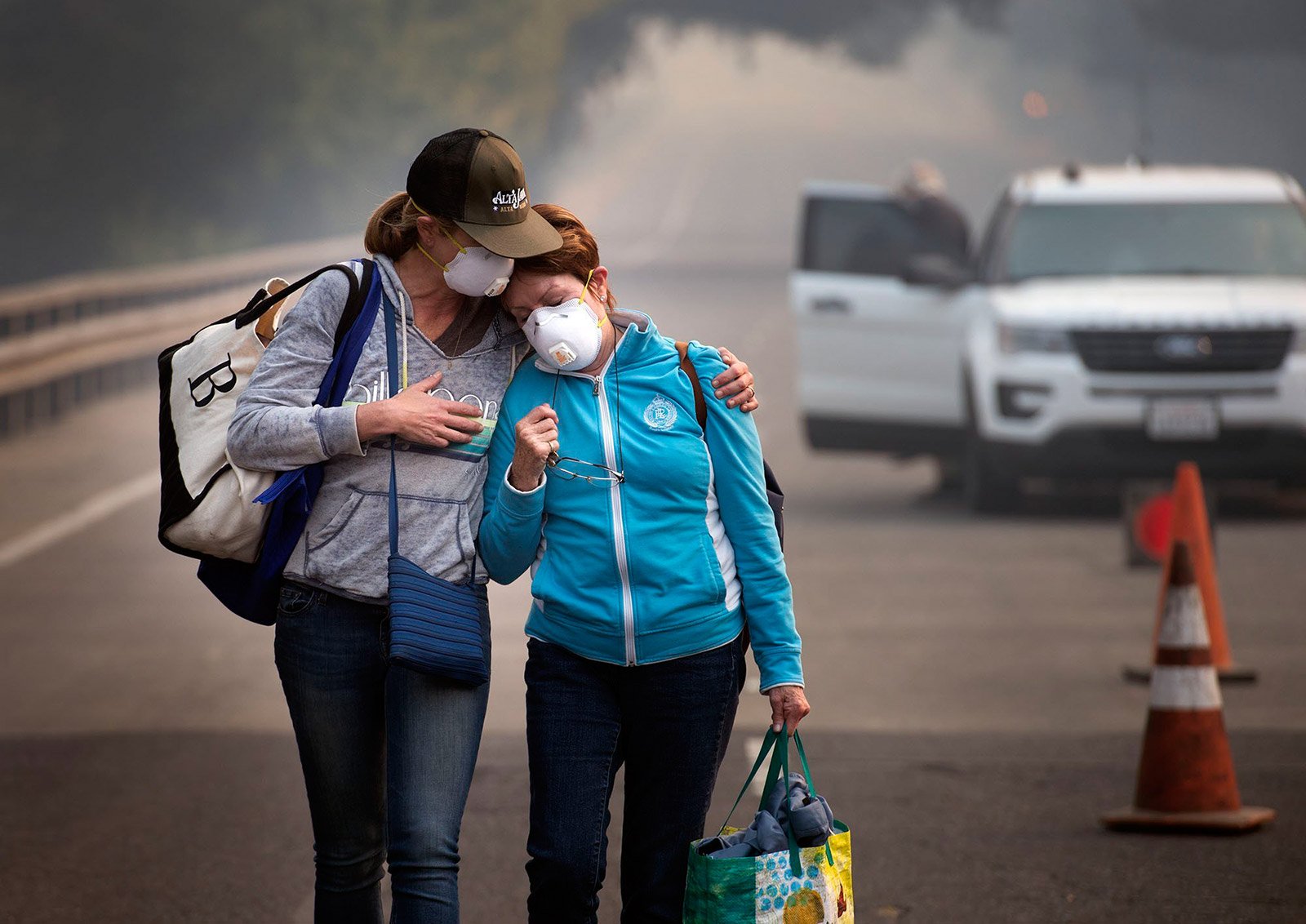 Colby Clark, left, comforts her mother, Bonnie Trexler, after law enforcement escorted them to Trexler’s home in Napa to retrieve medicine and personal items on Wednesday, October 11. Trexler was one of the lucky few in her neighborhood whose home was spared. Randy Pench /The Sacramento Bee/AP 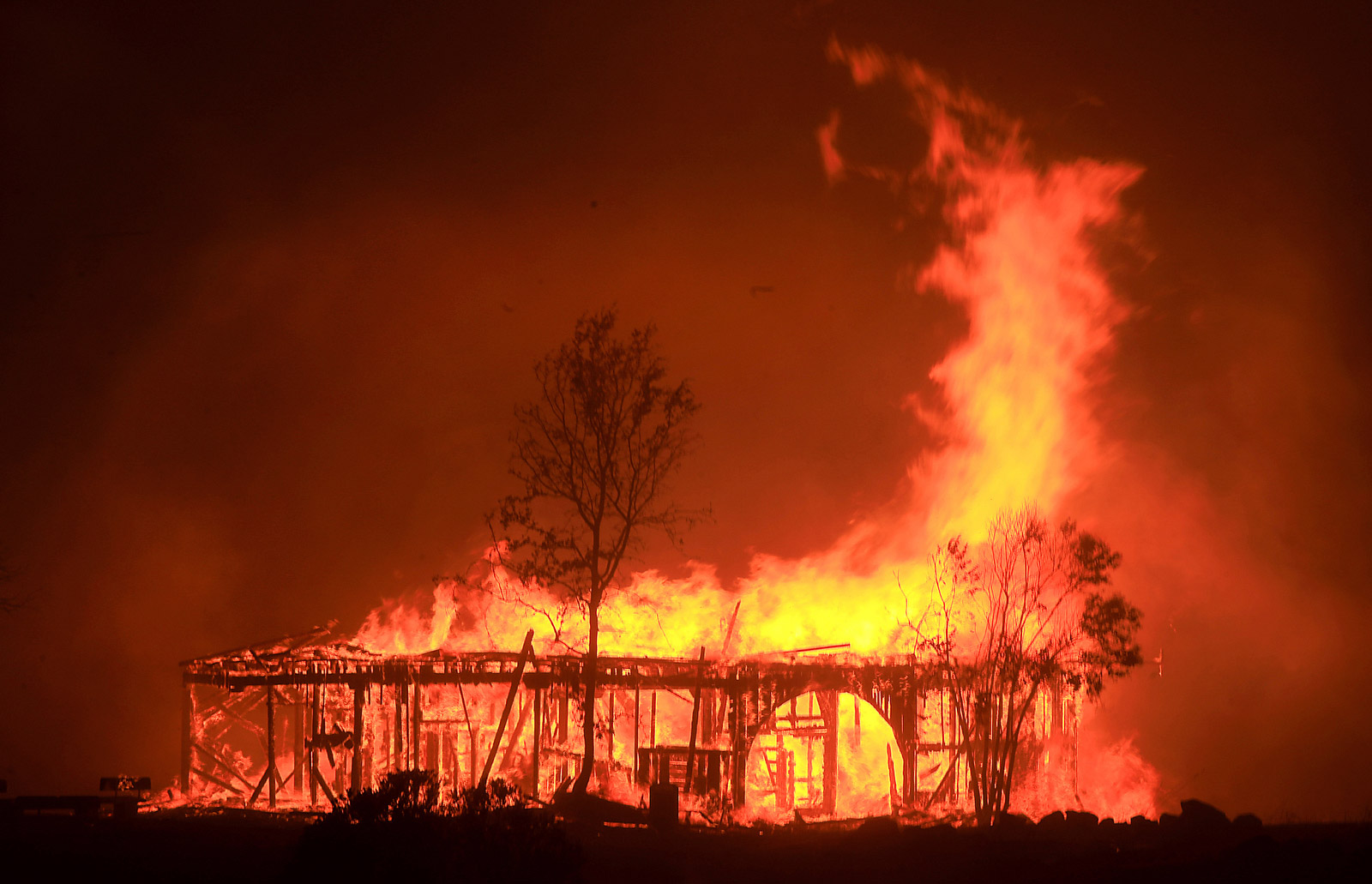 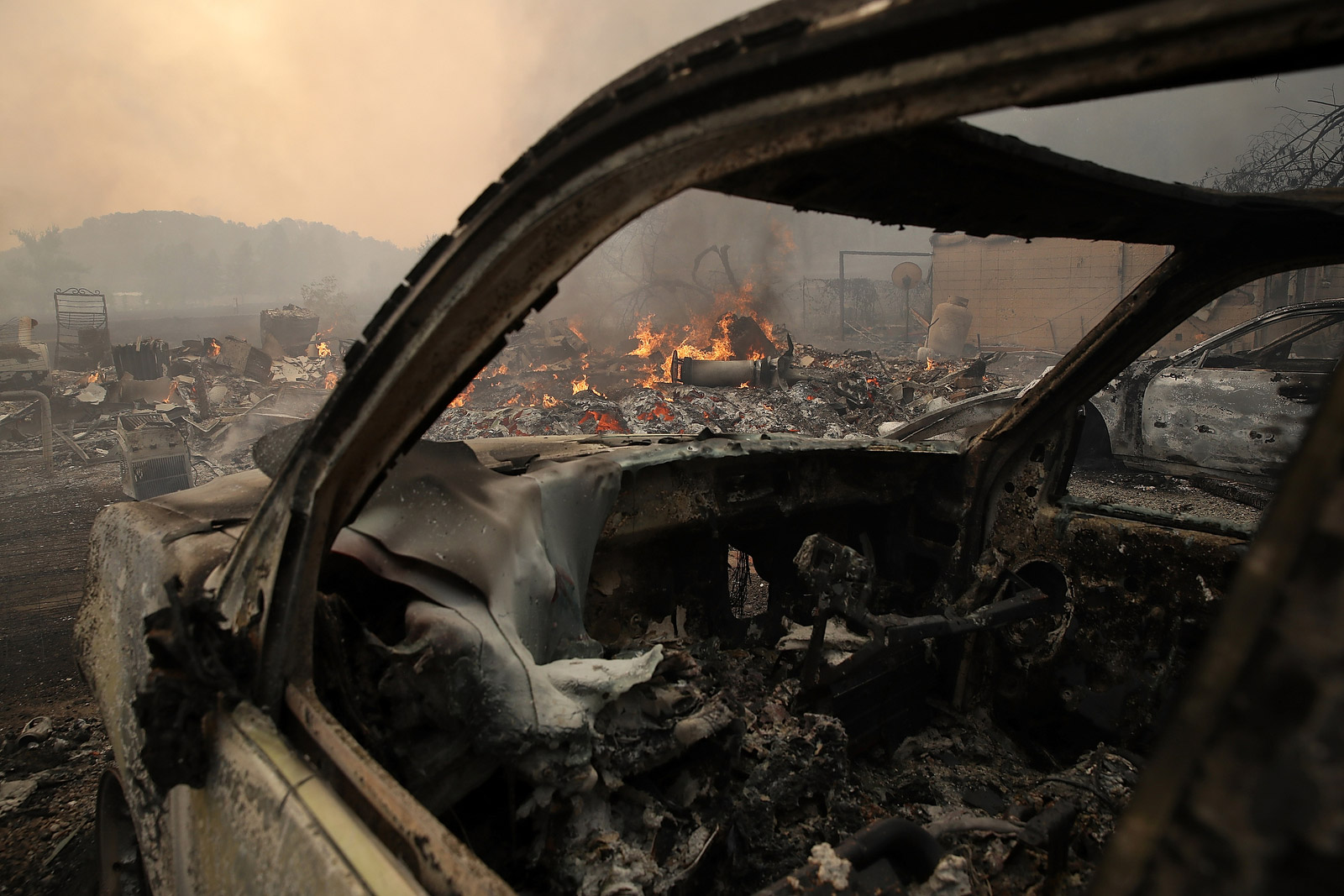 The remains of homes are seen through a damaged car in Glen Ellen on Monday, October 9. Justin Sullivan/Getty Images