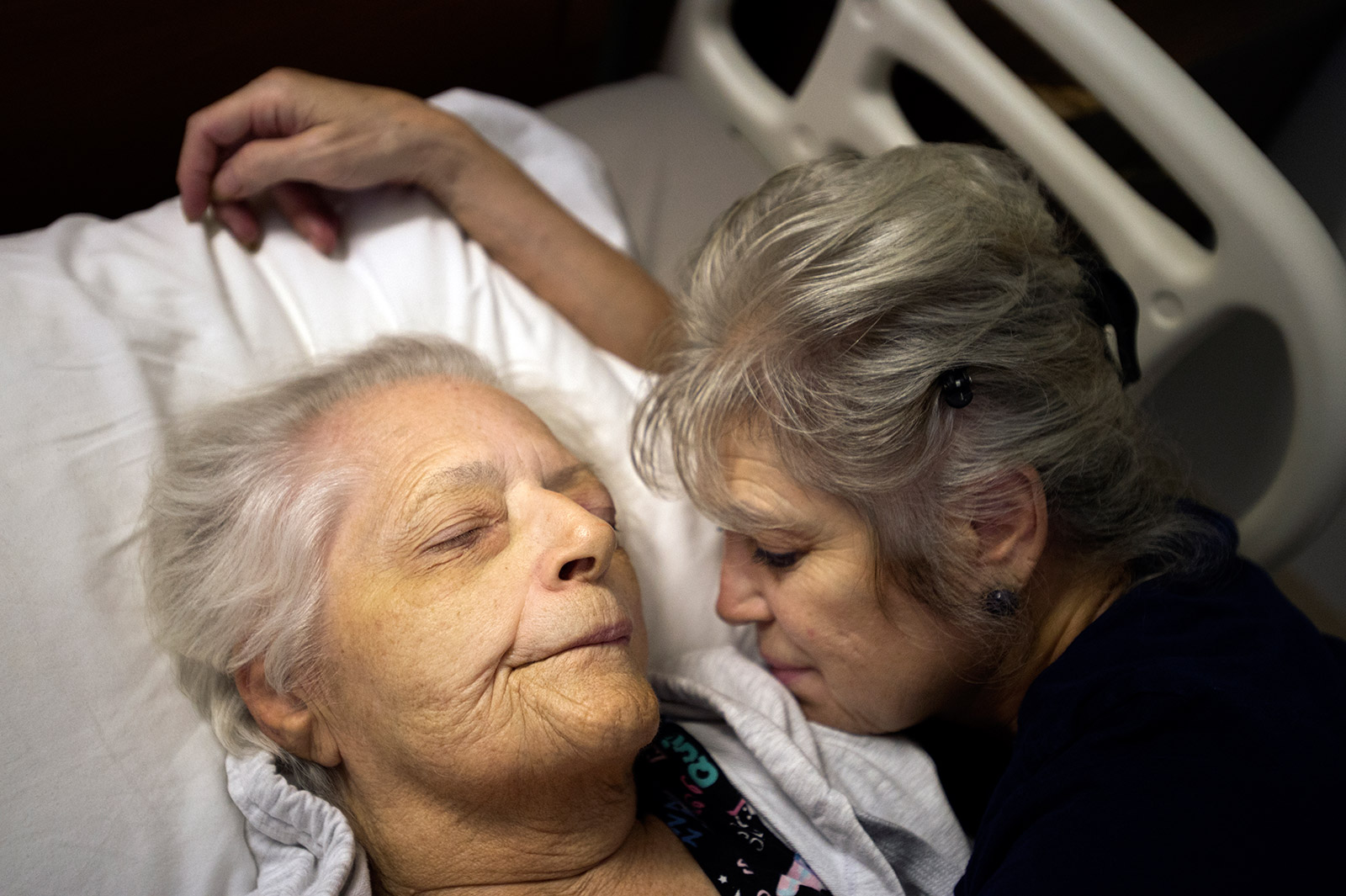 Why was my mother prescribed a little red pill?

Alex Carington visits her 88-year-old mother every other day.

She never wanted to move her into a nursing home. Both her mother and father lived with her for 25 years. But when her father died, Carington knew her mother could not be left alone.

Lenore Greenfield was struggling with the early stages of dementia. She thought that her husband of 52 years had stopped loving her and left. And when Greenfield had a heart attack and was hospitalized, and Carington grappled with the damage from flooding in her house, it was impossible for her mother to return to her home. After that, the stays in nursing facilities began.

“The hardest thing is not knowing what kind of care she is getting," Carington said. "At home, I could control this. But here I have no control.”

This has been true for everything from the meals she eats to the drugs she takes. Her medication regimen has been of particular concern to Carington. She tries to keep track of the long list of strange pills prescribed for her mother.

In 2015, she discovered her mother was on a new drug called Nuedexta. The little red pill is the subject of a new CNN investigation exposing the inappropriate and potentially fraudulent use of the drug to treat nursing-home patients with dementia.

Related story: The little red pill being pushed on the elderly

Carington said her mother was asleep in her room at a previous facility when her doctor prescribed Nuedexta — a medication intended to treat a rare condition marked by uncontrollable laughing or crying, which Carington is adamant her mother did not have. She worried that her mother — already overmedicated and frail — could suffer from the addition of a pill she didn’t need. She was furious to discover that the doctor who prescribed it had been paid thousands of dollars by the company who made it.

Greenfield lives in a new nursing home now, and she is no longer on Nuedexta. Carington believes her mother is doing much better. But these moments from a recent day Carington spent with her mother reveal just how vulnerable Greenfield — and thousands of other patients targeted by this pill — can be. They also show a daughter’s quest to protect her mother.

Editor’s note: Some photos in this essay have been updated. 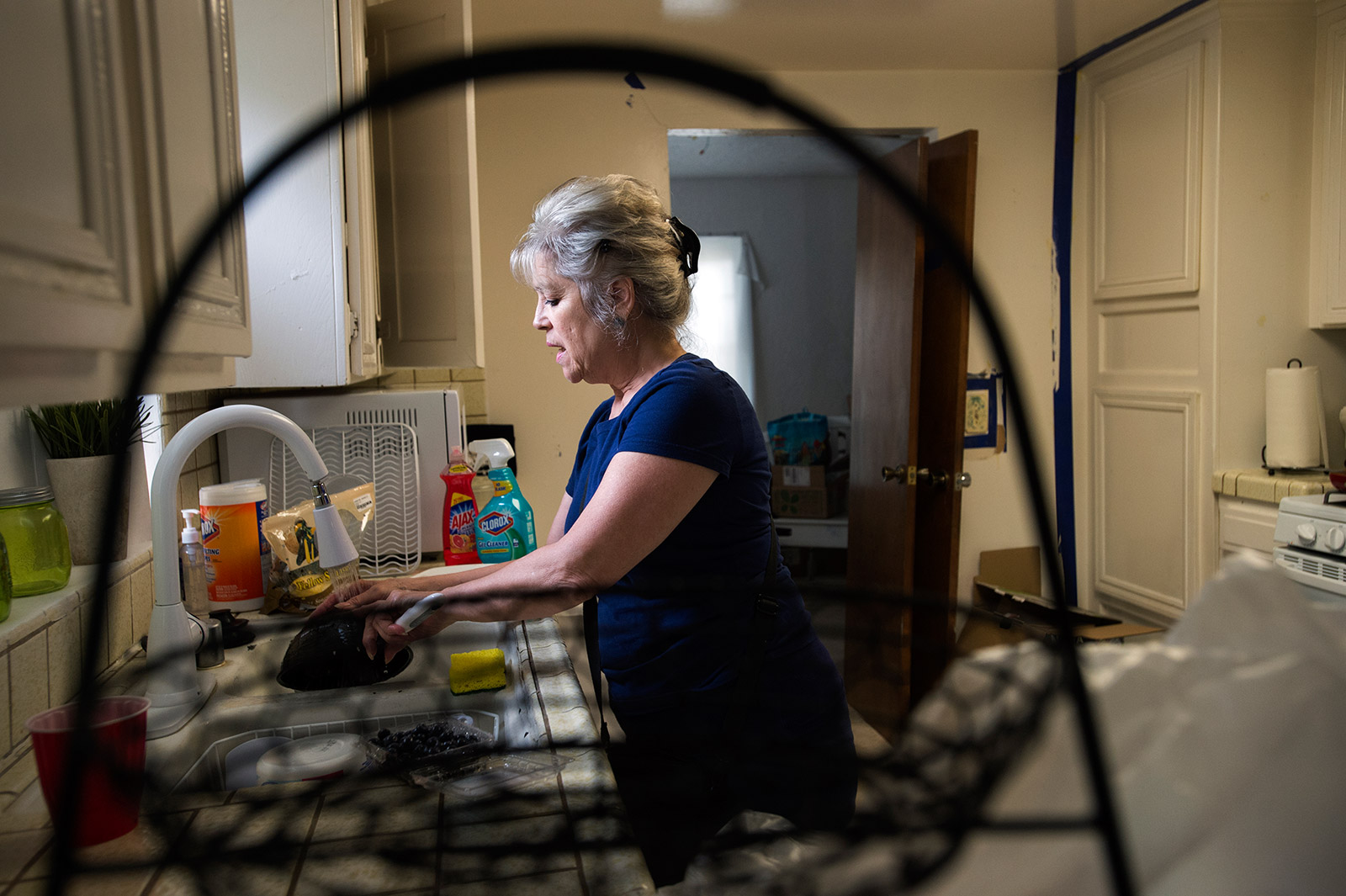 At her home in Reseda, California, Alex Carington prepares a homemade meal to take to her mother, Lenore Greenfield. Hamburger with grilled onions is Greenfield’s favorite meal. 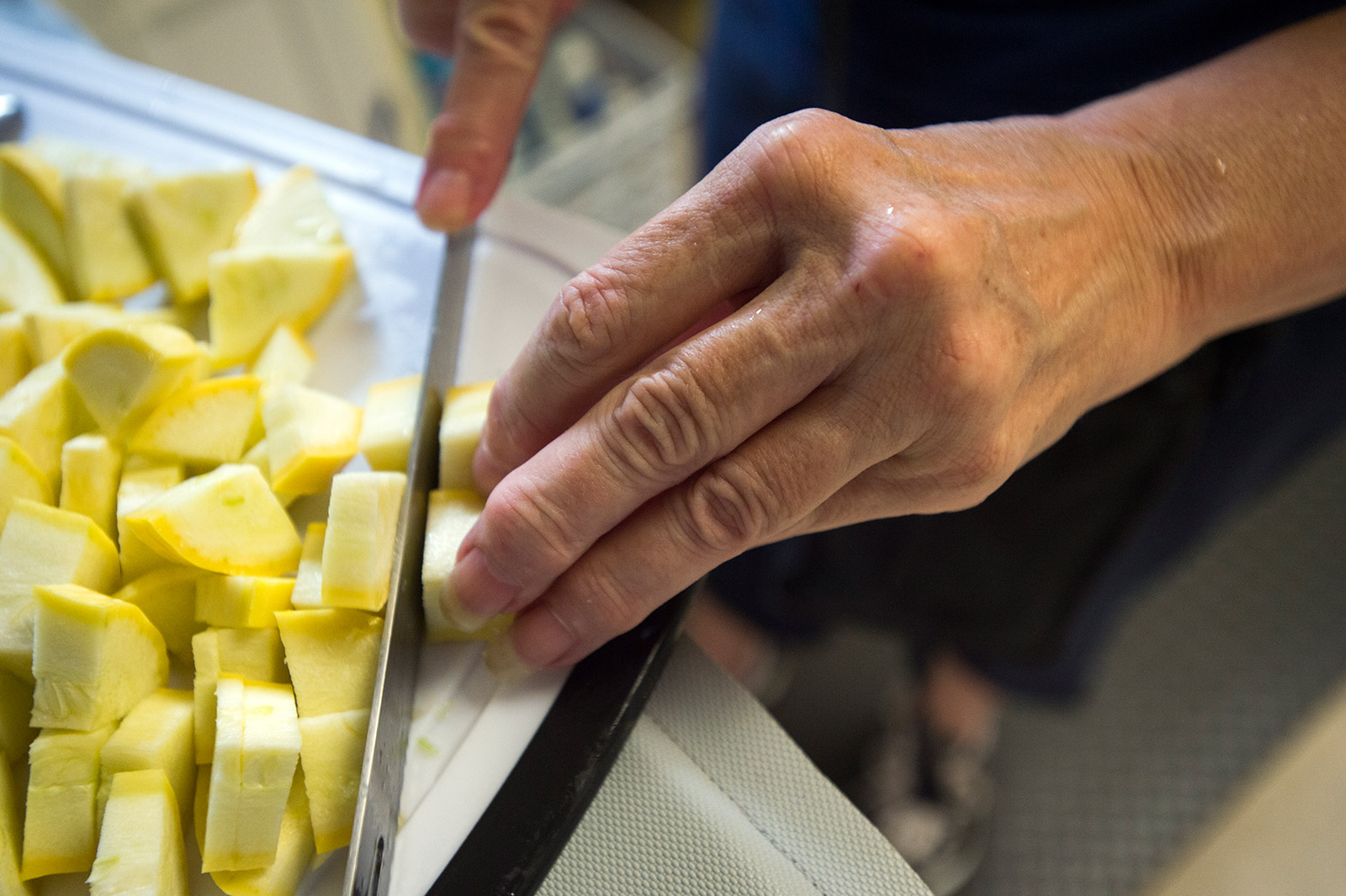 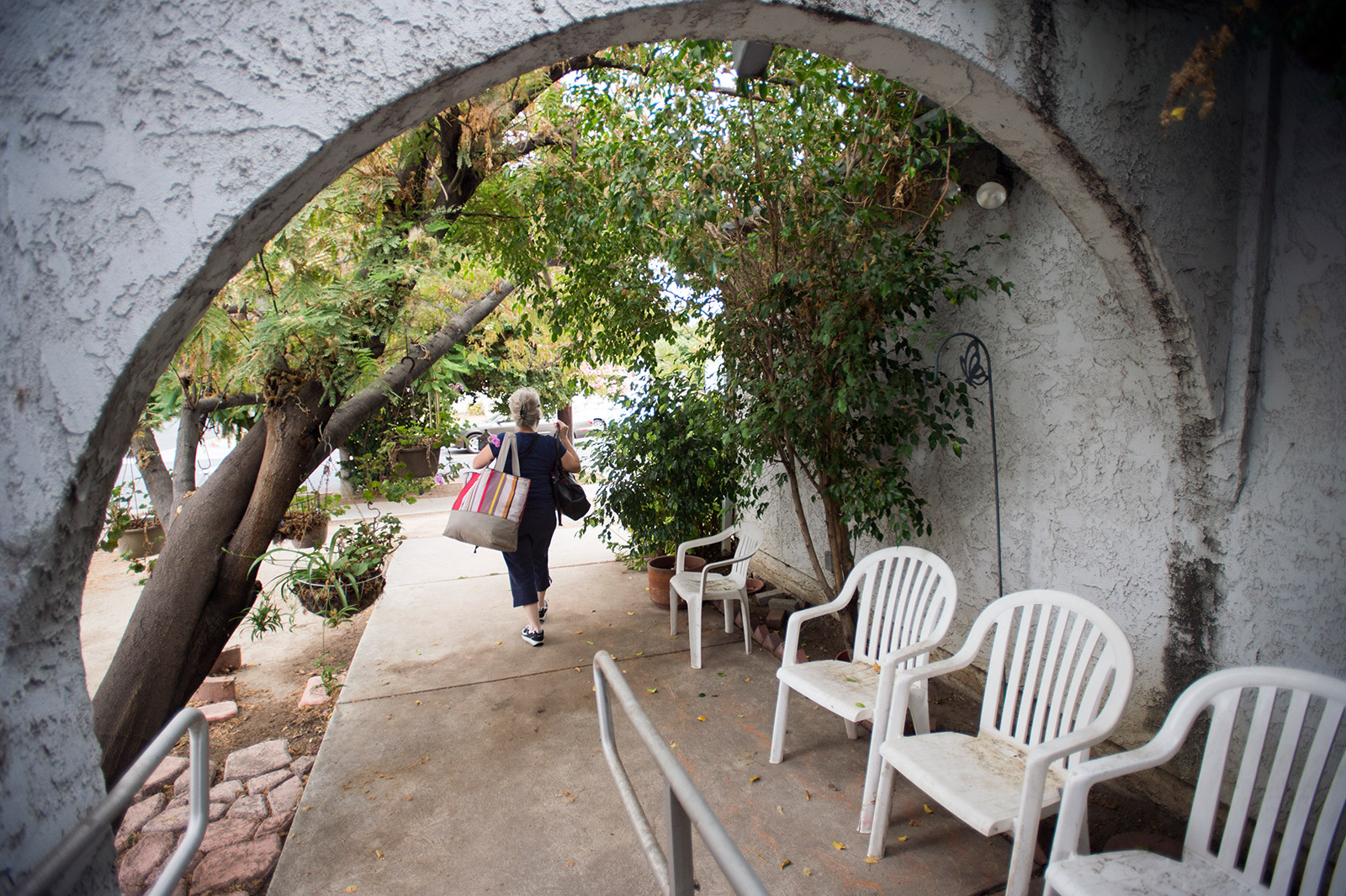 Carington does not know how long her mother will remember how to eat, so she brings her favorite foods to her as often as she can. 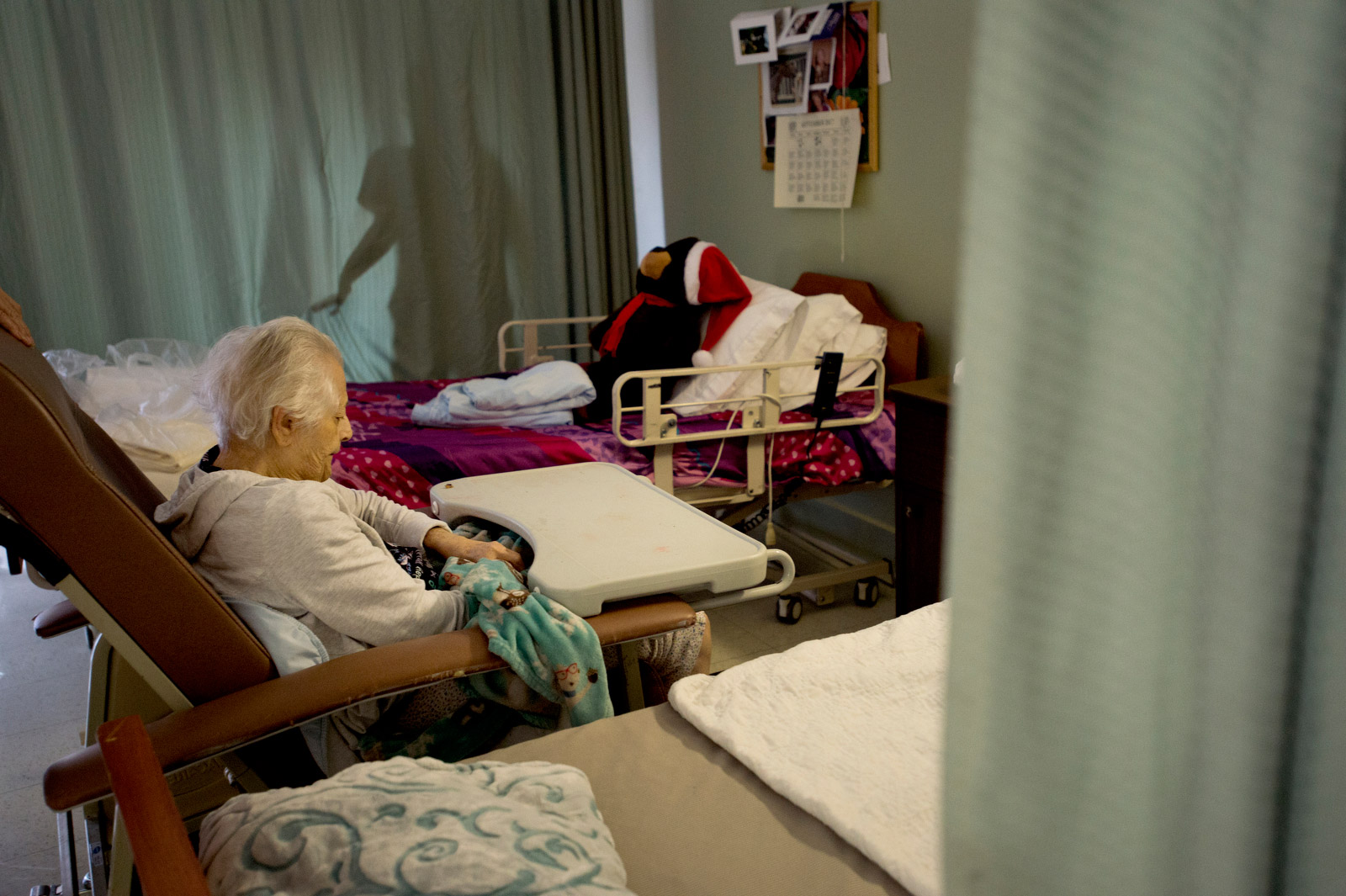 Greenfield waits in her room at the facility where she now lives. She lived with her daughter for 25 years. 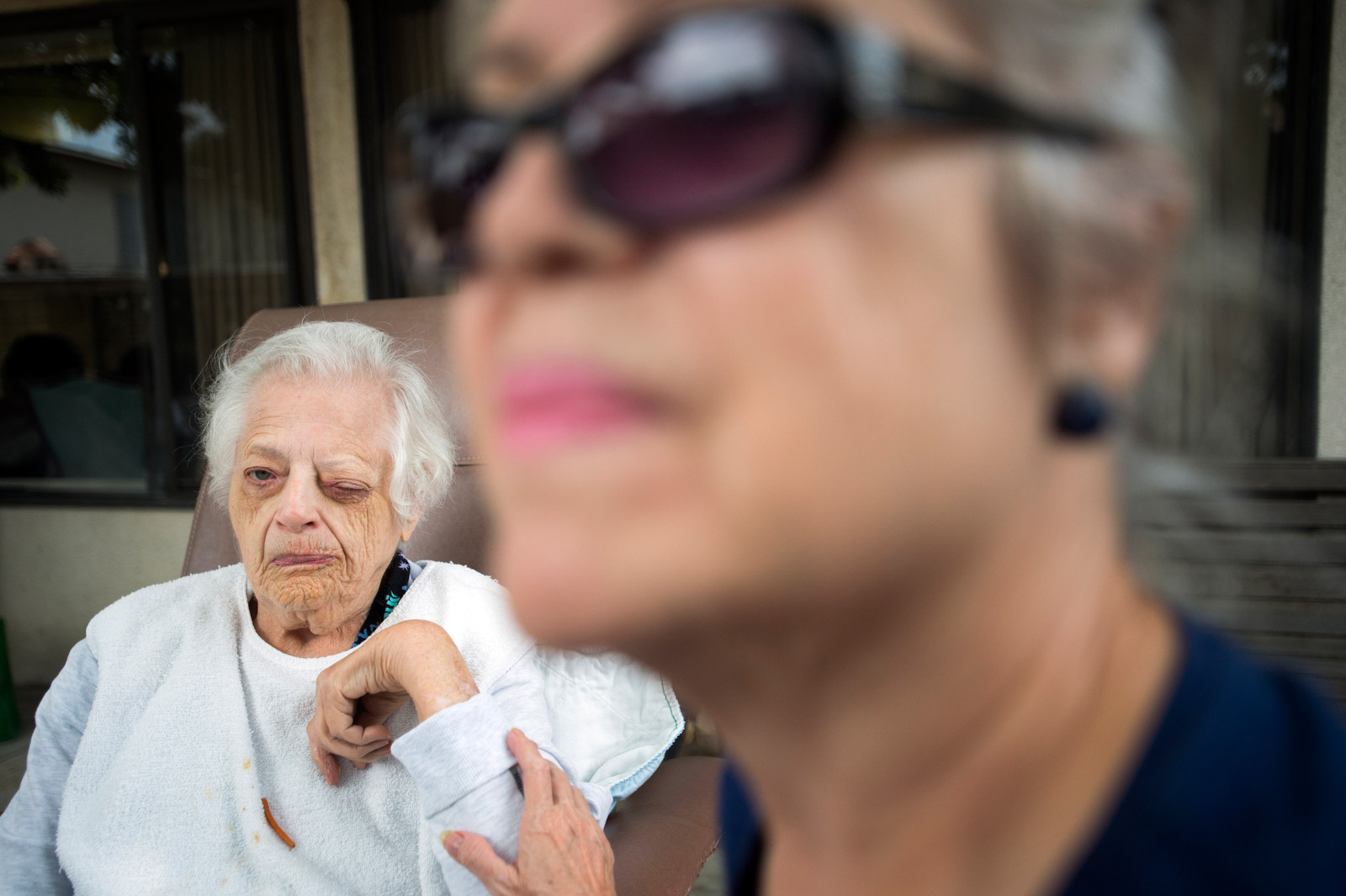 Carington and her mother eat lunch outside on the patio. 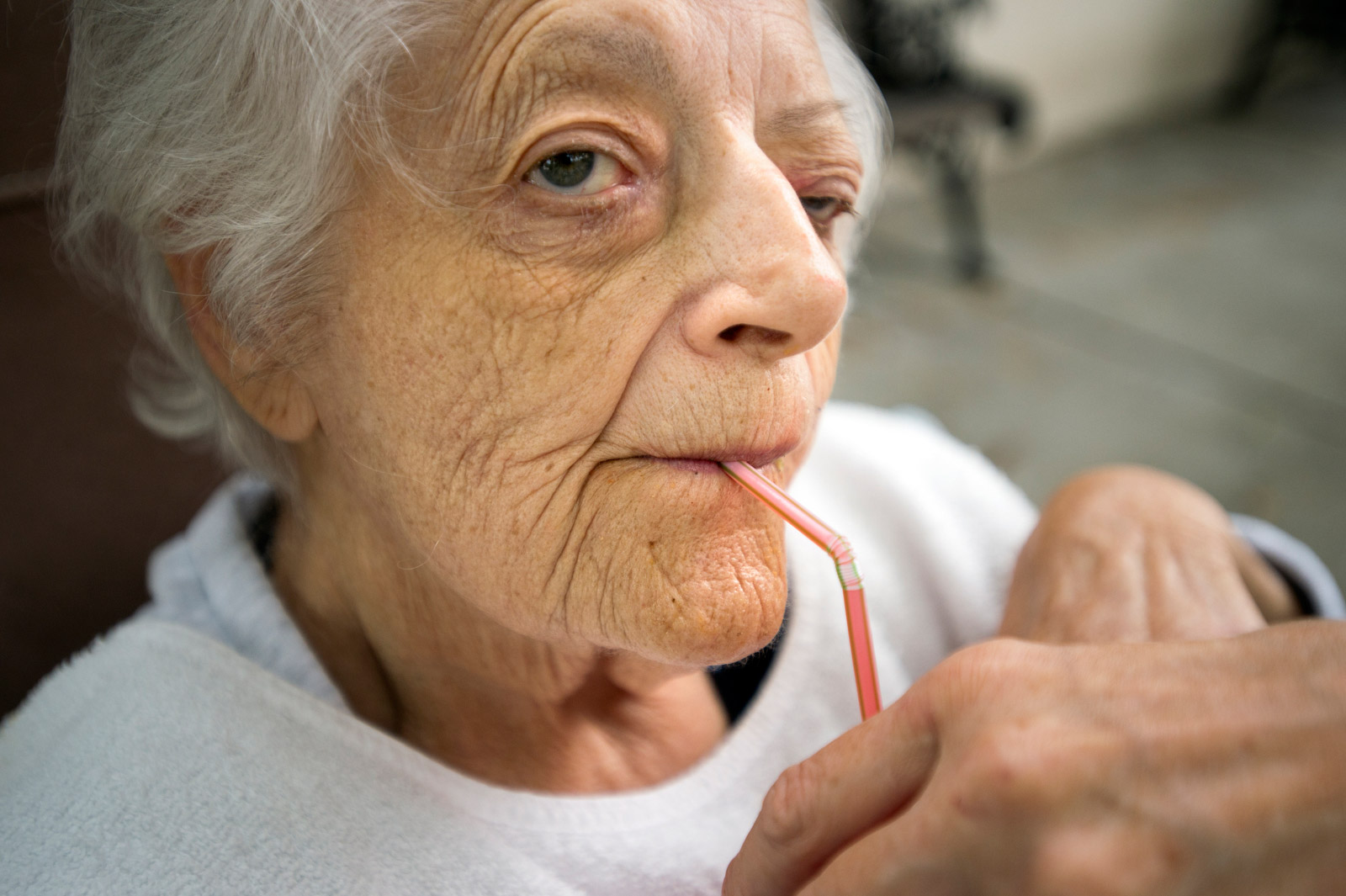 Carington likes to take her mother outside when the weather is nice. 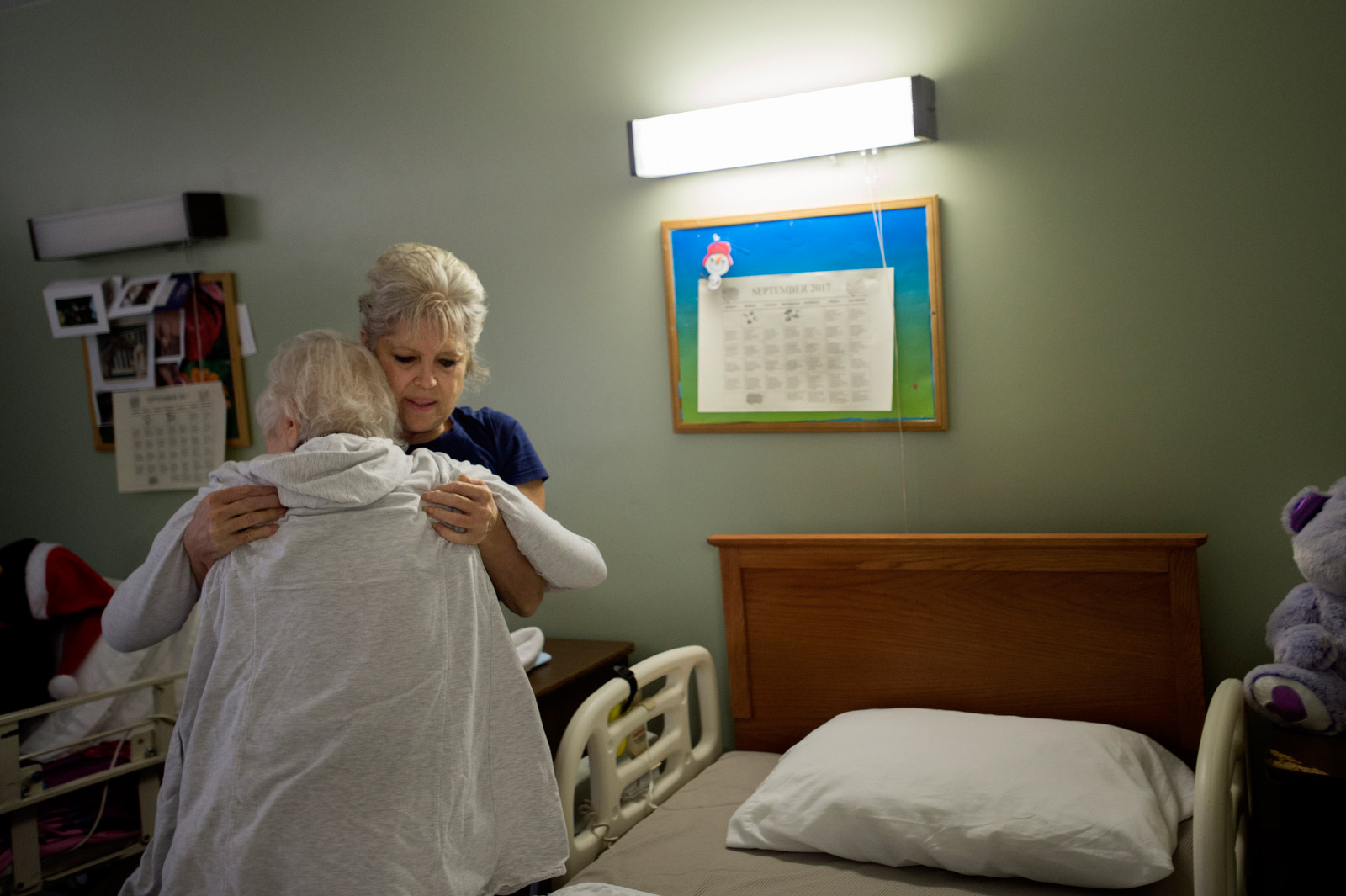 After lunch, Carington helps her mother into bed for an afternoon nap. 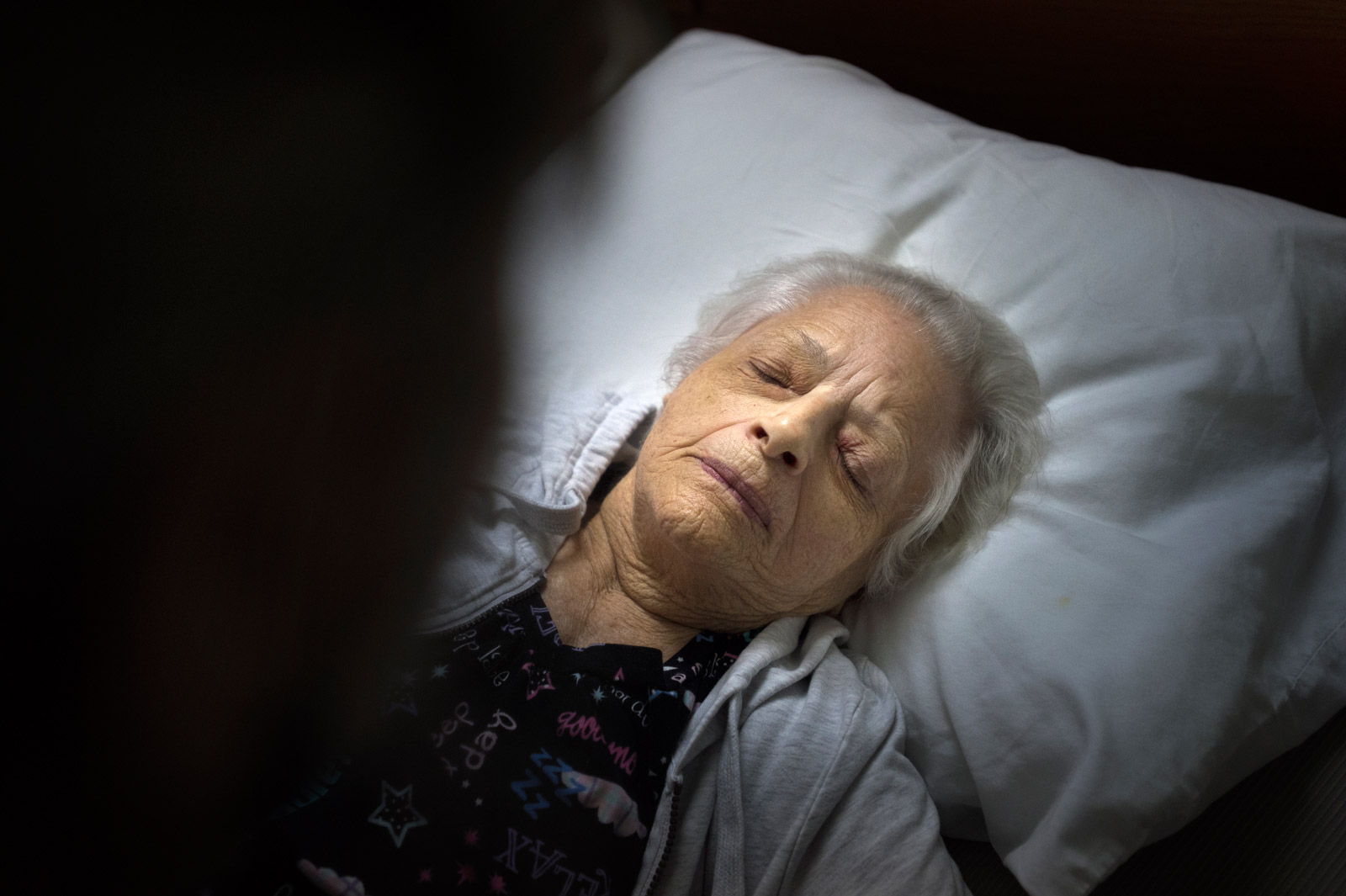 "I caress her forehead to help her sleep," Carington said, "and so she knows she is loved.”