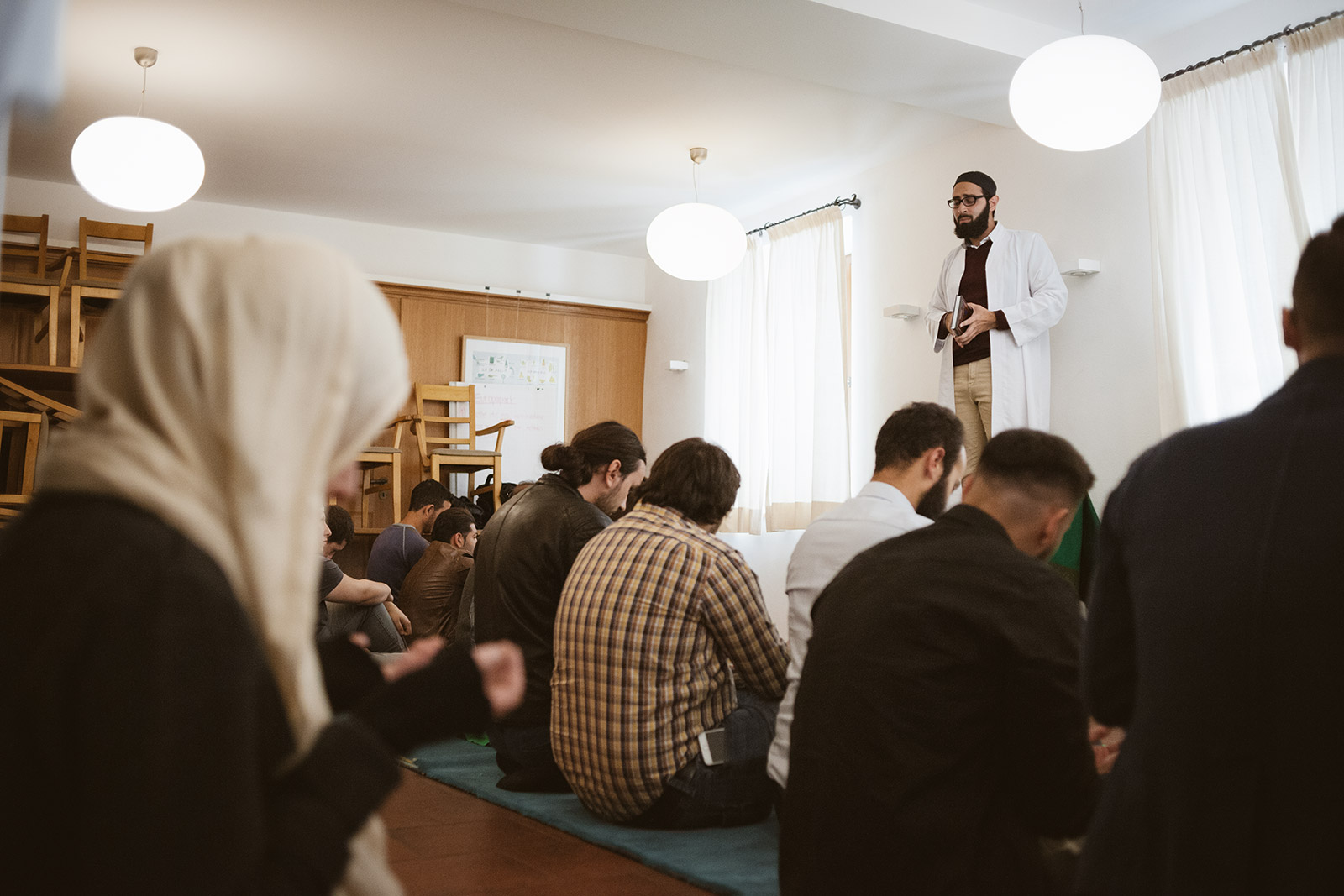 No place to pray

Why Munich’s Muslims are turning to old pubs and churchesStory by Judith Vonberg, CNNPhotographs by Jens Schwarz for CNN

Munich, Germany — The sound of Muslim prayer drifts out from the old pub onto the street, as men and women inside kneel on rugs laid down carefully minutes earlier.

A Jewish man stands in the doorway, listening intently, and a woman in the corner of the room feeds her baby. Soon, the imam begins to preach, his sermon — in German — washing over the faithful.

This is no ordinary congregation, and no ordinary place of worship. Since May, this community of liberal Muslims in Munich has been nomadic, seeking a new space to hold their Friday prayers each week.

Today a charitable foundation has lent them a meeting room in a former pub. But they have no idea where they will pray next.

In the building next door, a mosque stands empty in the Munich Forum for Islam (MFI), an organization set up in 2014 to promote a modern, European form of Islam. The mosque here was forced to close down earlier this year because of overcrowding.

City council spokesman Stefan Hauf tells CNN that fire regulations were being breached because of the large number of people trying to enter. 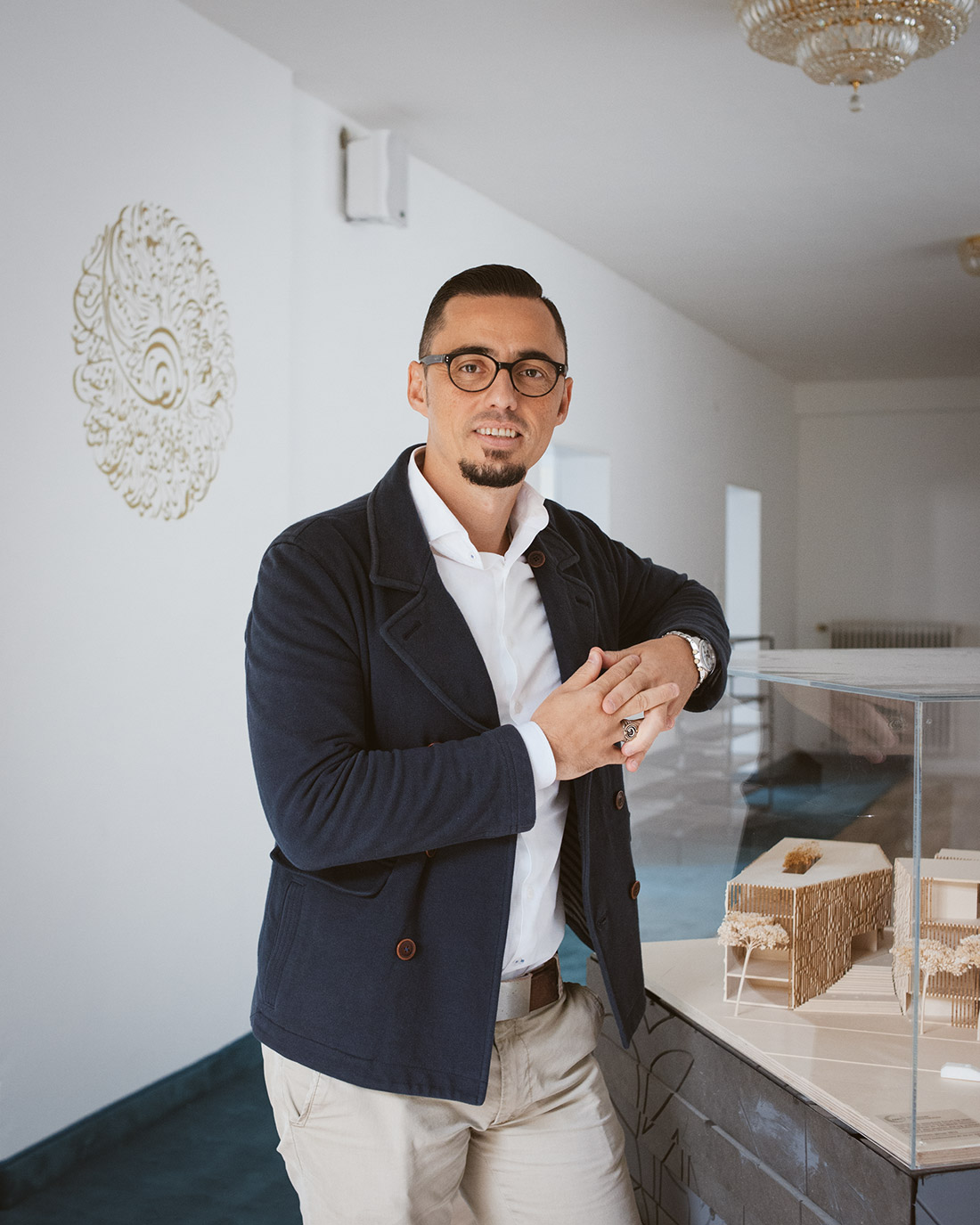 “Lots of people — refugees — have arrived in Munich recently,” says Erkan Inan, who sits on the committee that runs the Munich Forum for Islam. “They don’t just need a house, food and work, but a spiritual home too.” 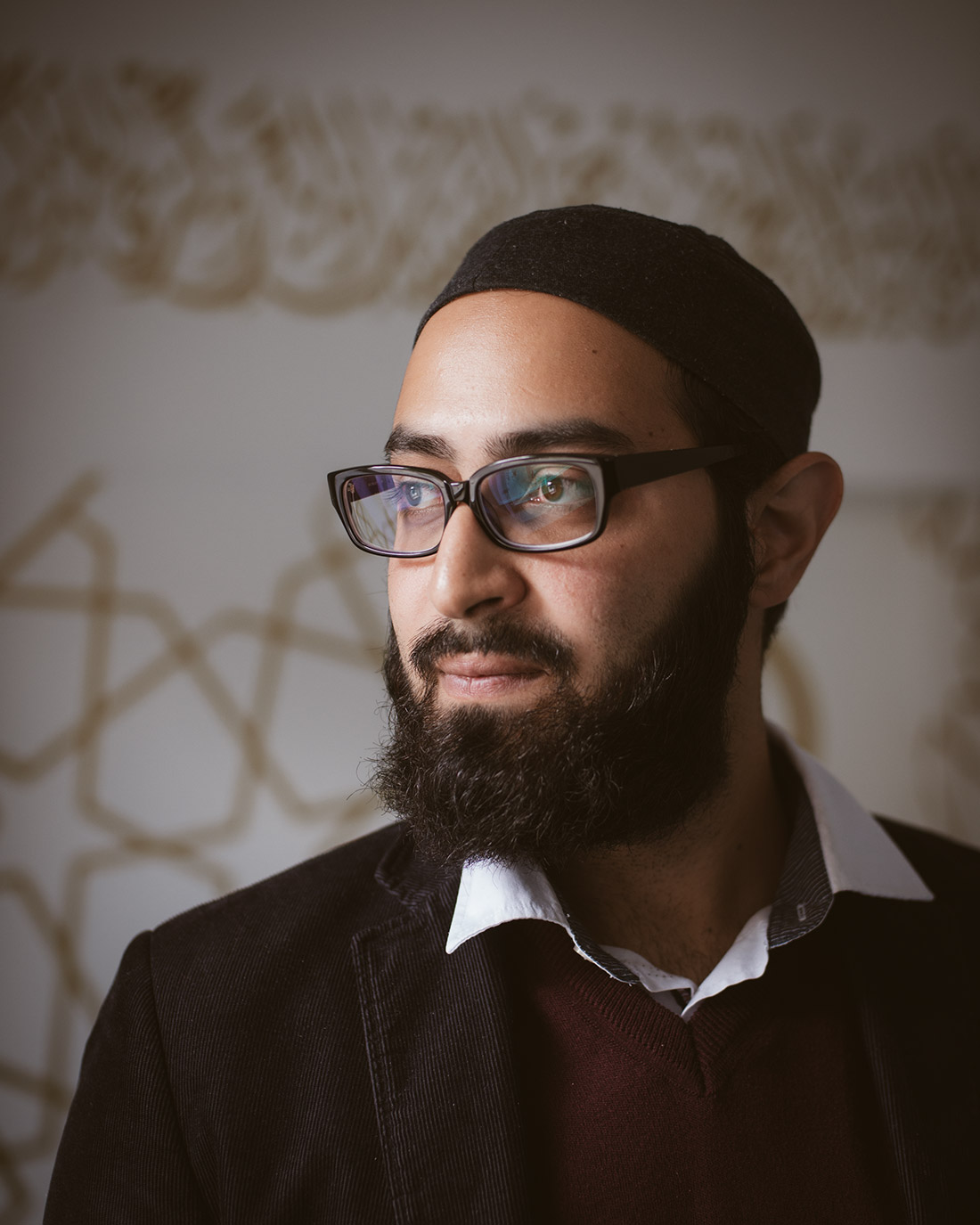 Ahmad Popal earns no money from his work as an imam in Munich. He has a job in a drugstore to pay the bills.

“People were praying outside on the street,” Imam Ahmad Popal, 27, says. “We locked the door but they were climbing in through the windows.”

‘There were personal threats’

There have been no open mosques in downtown Munich since May, when the MFI mosque was shut down. Five other mosques in the city center were closed in the months before that, some as a result of overcrowding, others because the tenants were forced to leave after landlords declined to renew their rental agreements. 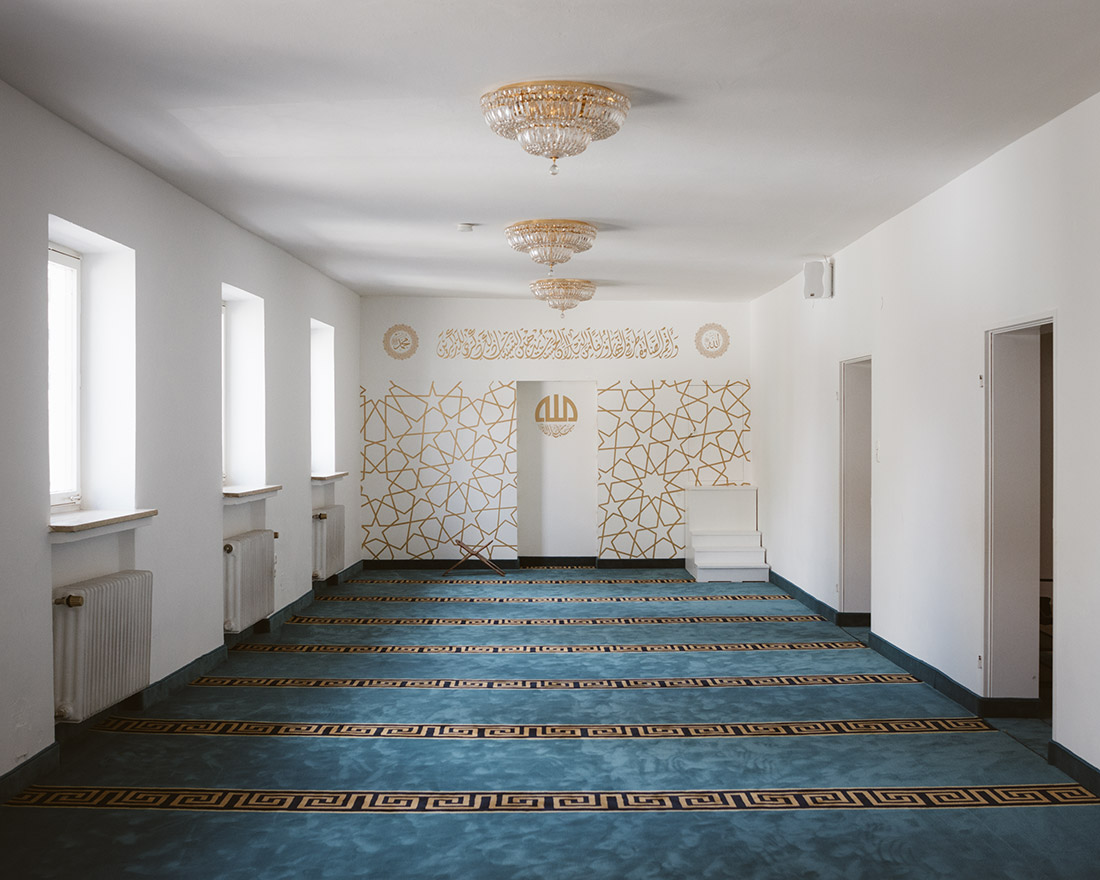 The MFI mosque, which opened in 2014, has stood empty since May.

The absence of mosques is especially inconvenient on Fridays, when Muslims are supposed to come together at lunchtime to pray. Muslims working or studying in central Munich don’t have time to travel to mosques in the suburbs that have managed to stay open.

Most of the remaining mosques in the city are small, and associated with particular cultural or ethnic groups whose imams usually preach in their own language.

Over the past four months, Popal’s congregation has had no luck in its search for a permanent home.

Several applications were rejected “as soon as they heard the word mosque,” says Popal, adding: “People want to have nothing to do with that.”

The community has also faced active hostility, according to Erkan Inan, 42, a member of the committee that runs the MFI. “We’ve had eggs thrown at this building and pork was put into our mailbox,” he says. 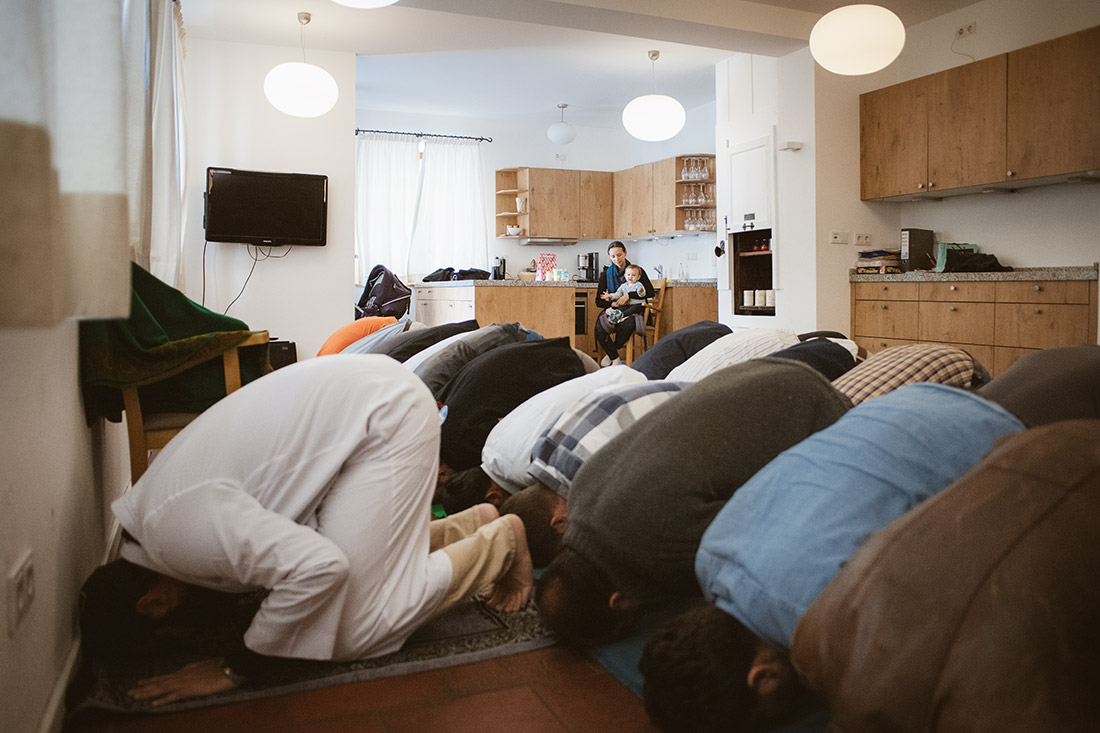 A week after the MFI mosque was closed, the congregation made plans to hold Friday prayers in Marienplatz, Munich’s central square, outside the city hall, but cancelled them after being threatened by right-wing groups.

“There were personal threats against my family, against me, against the community,” Popal says. “They threatened to throw pork at us, urine and blood, too.”

When he learned of the congregation’s plight, Karl Kern, the priest of a Jesuit church nearby, offered them a room to pray in.

“When there are people who want to pray, God-fearing people must stand with them and help them. That’s obvious to me,” says Kern. 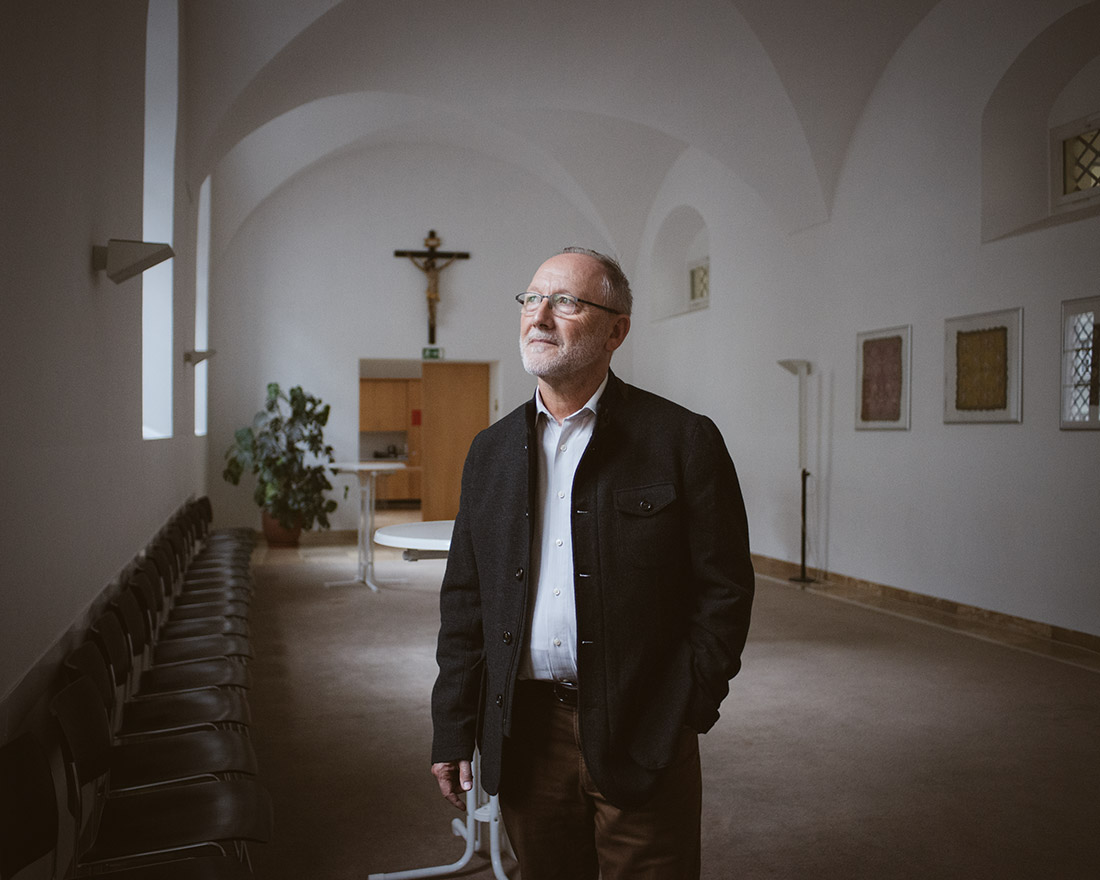 Karl Kern, Jesuit priest at St. Michael’s Church in central Munich, in the room used by the Muslim congregation in May. 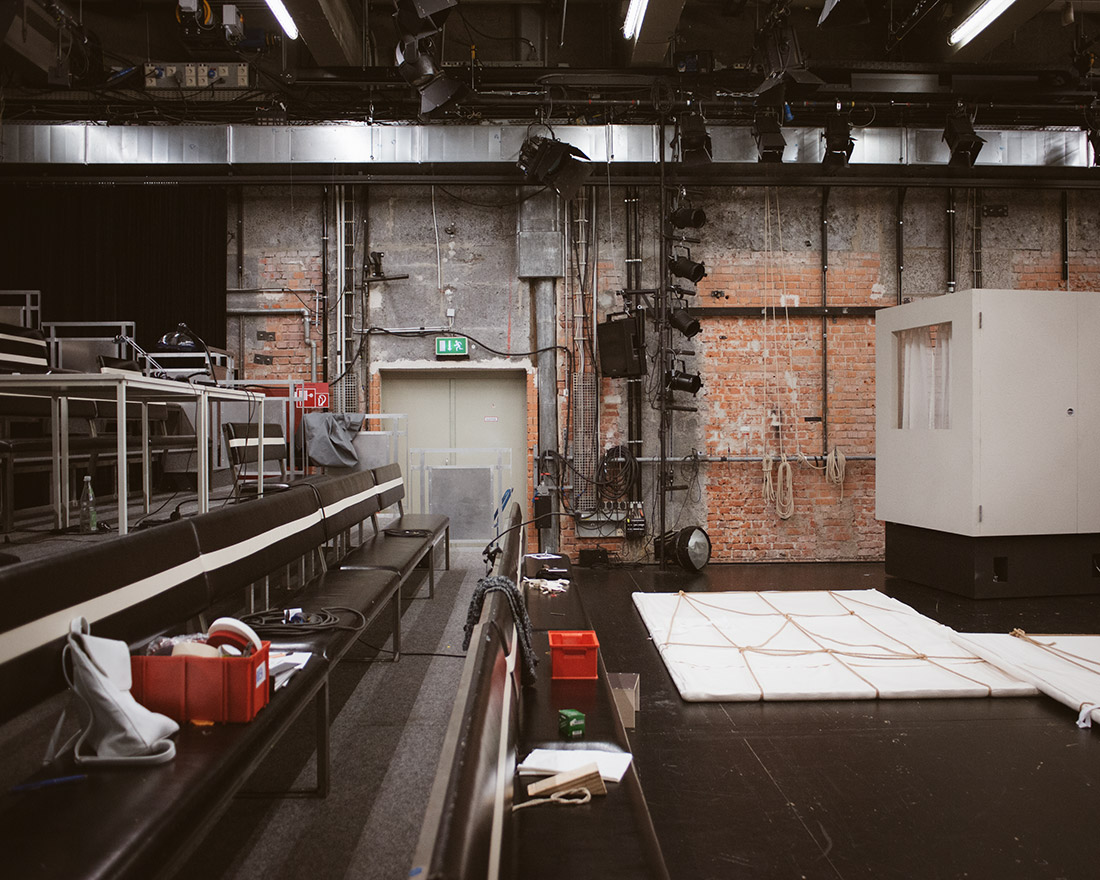 One of two rooms at the Münchner Kammerspiele (a theater in central Munich) used by Muslims for Friday prayers.

By opening his doors, he also sent a message: Muslims are welcome in this city.

Churches, theaters and cultural institutions across Munich have since followed Kern’s lead. While Popal and Inan are deeply thankful, there’s still no permanent solution in sight.

‘It was easier to build a nuclear power plant’

Between 2011 and 2015, 1.2 million Muslims arrived in Germany, many of them refugees from Syria, Afghanistan and Iraq.

Muslims now make up around 5.5% of the population nationwide. This growth increases the risk of overcrowding in mosques across the country.

And although many of Germany’s Muslims are well integrated — 96% say they feel closely connected to the country, according to a recent report by an independent think tank — they are not yet fully accepted.

The same report found that 19% of Germans say they don’t want a Muslim as their neighbor. 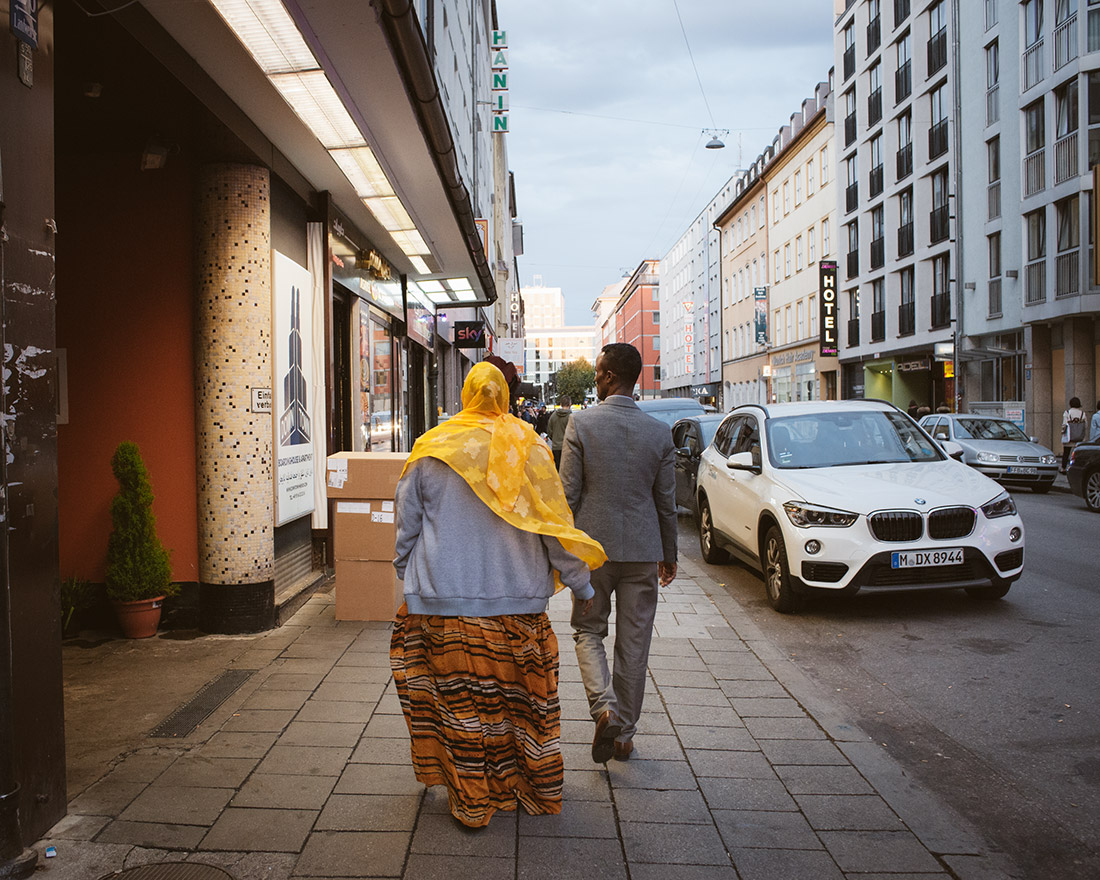 There are more than 100,000 Muslims in Munich, but there is no functioning mosque in the city center.

The lack of mosques is not unique to Munich, but it is most acute here, explains Aiman Mazyek, chairman of the Central Council of Muslims in Germany, one of several national umbrella organizations representing Muslim groups.

Munich is a politically conservative city with strong Christian traditions — there are 13 churches in the city center alone. Since the beginning of 2015, more than 160,000 asylum seekers, many of them Muslims, have arrived here.

Across the country, mosques are being closed and communities are struggling to find spaces to pray.

“Many people don’t want to sell or rent property to Muslims because they’re worried the value will go down,” says Mazyek. “They might also think, ‘If I support this community, maybe I’m supporting extremism as well.’”

“Even 20 years ago, it was easier to build a nuclear power plant than a mosque,” says Mazyek. Since 9/11, the growth of ISIS and the recent spate of terror attacks across Europe, it’s become even harder, he says. 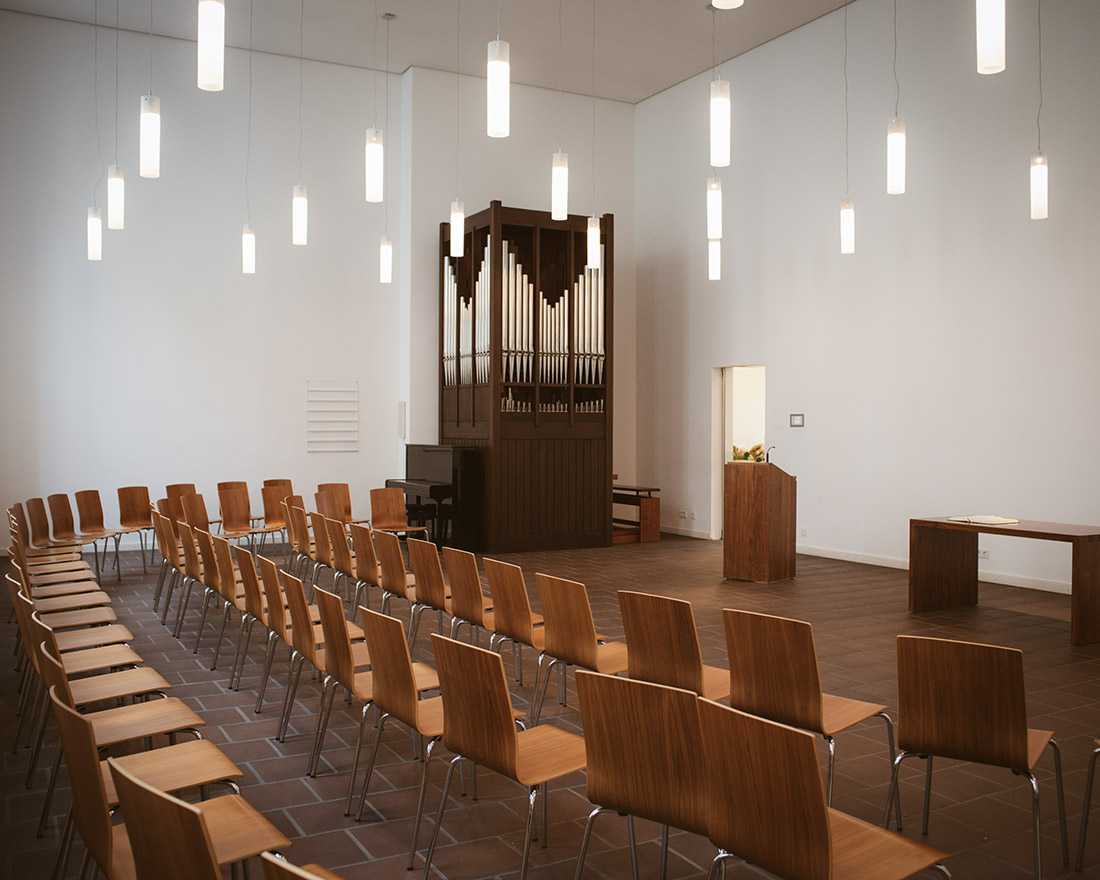 Friday prayers were held in the Evangelical Reformed Church in Munich three times during Ramadan — the Muslim holy month — in June.

Popal believes there is a particular need for his take on Islam -- one where men and women pray side by side, where the imam preaches in German, rather than Arabic, Turkish or Persian, and where liberal European values hold sway.

Sonia Haddad, 35, who attends the Friday prayers led by Popal, agrees. “I really like the dynamic of the group,” she says. What attracts her is the content of Popal’s sermons, in which he combines the original teachings of Islam with modern practice, and the fact that he speaks in German. Haddad says she is also pleased to be part of a congregation where women are so fully welcomed.

Like many Muslim communities across the country, Popal and Inan have sought help from the city council in their search for a home, but they feel their requests have been largely ignored.

“Of course we support the idea of a European Islam, an Islam that shares European values,” says Hauf, the Munich city council spokesman. “And we realize that this is an emergency situation.”

But he says state institutions are obliged to be neutral in religious matters: “We can’t simply build a mosque.” 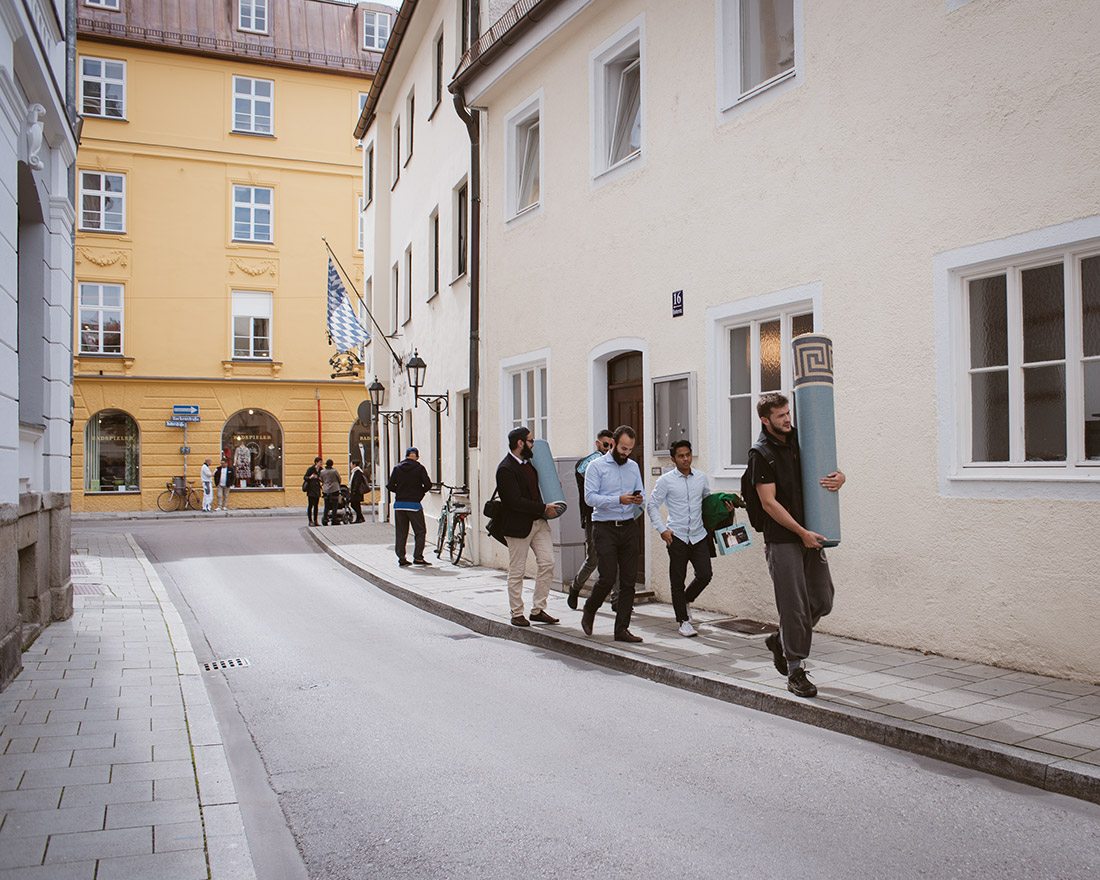 Popal and other Muslims in the community carry their prayer rugs back to the MFI after Friday prayers.

Inan insists this is not what his community wants. “All we want is a gesture of sympathy. We don’t want anything gifted to us. We just want to be able to rent some space.”

Inan believes the council has been avoiding the issue in the run-up to Germany’s federal elections this weekend.

“People in the city are fearful about Muslims and politicians can’t win any votes by talking with us,” he says.

Marian Offman, a Jewish city councilor who attended the Friday prayers, believes anti-Muslim sentiment in the community may be influencing the decisions of the council.

“Of course there’s a lot of concern about Islam among the population because of recent terror attacks,” he says. “That does make it difficult for the council.” 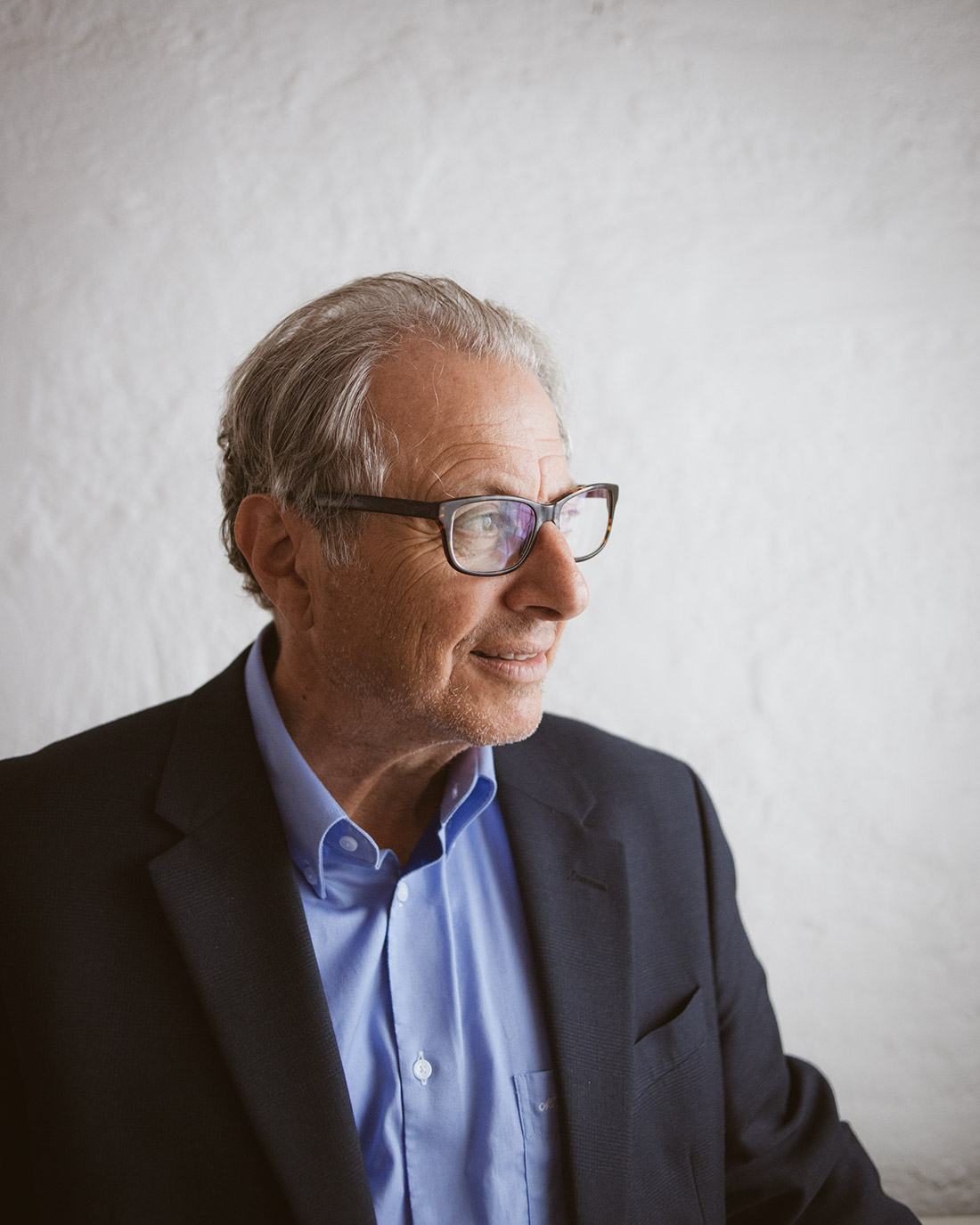 Marian Offman is a city councilor from the conservative Christian Social Union (CSU). 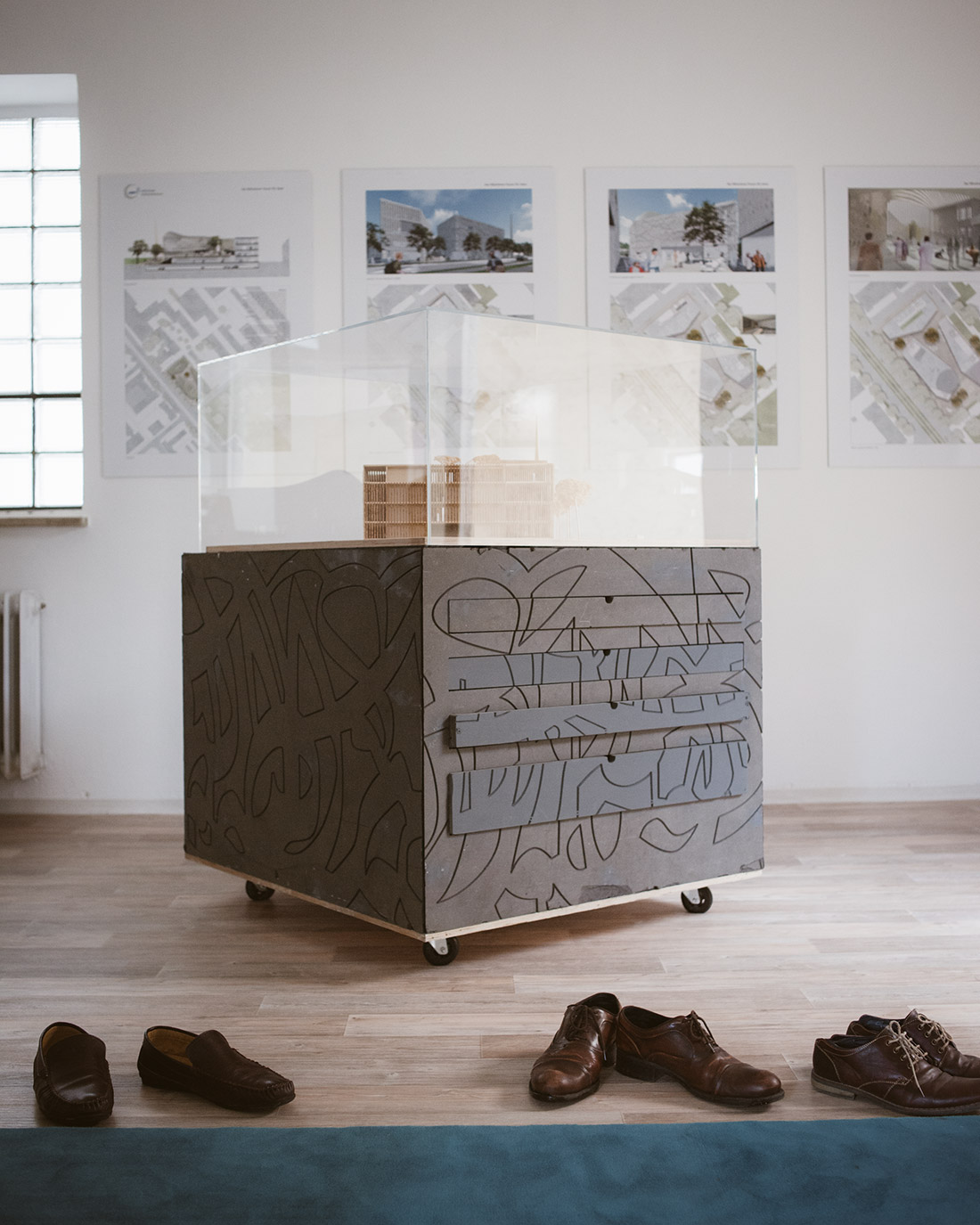 Plans for a new mosque in the city were abandoned in 2016 after the Muslim community could not raise the necessary funds.

Since May, Offman has been helping the community to find temporary spaces to pray, and to find a permanent home.

His motivation is both personal and political. He says he has great respect for Popal’s religion and also believes that a city-center mosque will help fight against radical forms of Islam.

“When we help young Muslims to live their faith, there is less danger of them being radicalized,” he says. “So it plays a part in preventing terrorism.”

Popal agrees. “If we forget about the young Muslims here, the terrorists stand ready,” he says. “They will gather them up if we do not, because those young people are searching for some kind of spirituality. When will we react to this? When will we wake up? When will we take this seriously?” 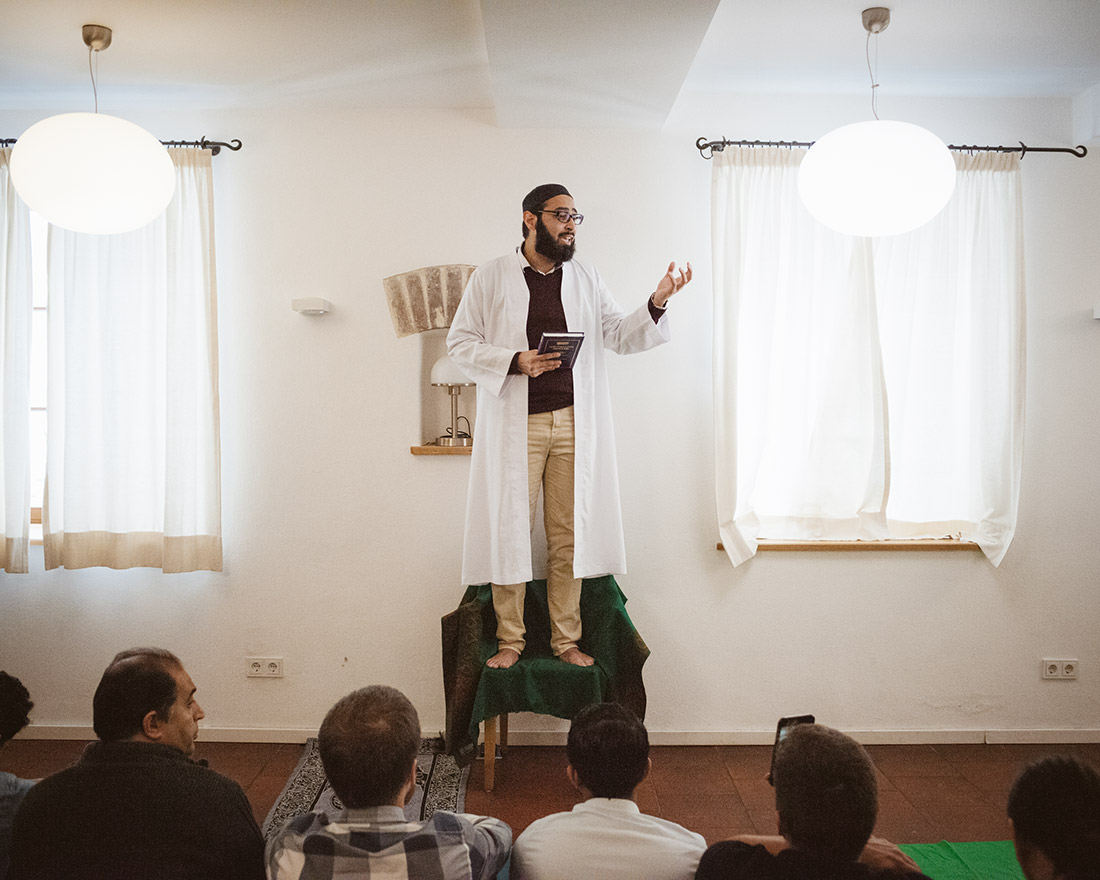 “I have the feeling that people have been waiting — and hoping for — this more liberal form of Islam,” says Popal.

Mazyek is also concerned about the long-term consequences of mosques being closed. “If you want peace in your city, ensuring that religious communities have adequate space to practise their religion is a vital building block,” he says.

And the least a city council can do is “make clear to its citizens that we’re all in the same boat and that we need to address the issue together.”

Popal and Inan are currently in discussions with a private landlord over a room near the city’s central train station, but they’re only at the start of the process.

Given how many Muslims based downtown lack places to pray, Popal is worried that overcrowding could once again be a problem for their next venue, when they eventually find one.

Until that happens, pressure will continue to grow on existing mosques further afield.

“We’re out of sight, out of mind now,” Inan says. “But nothing is resolved.”

This story has been updated to clarify the translation of one of the interviews.