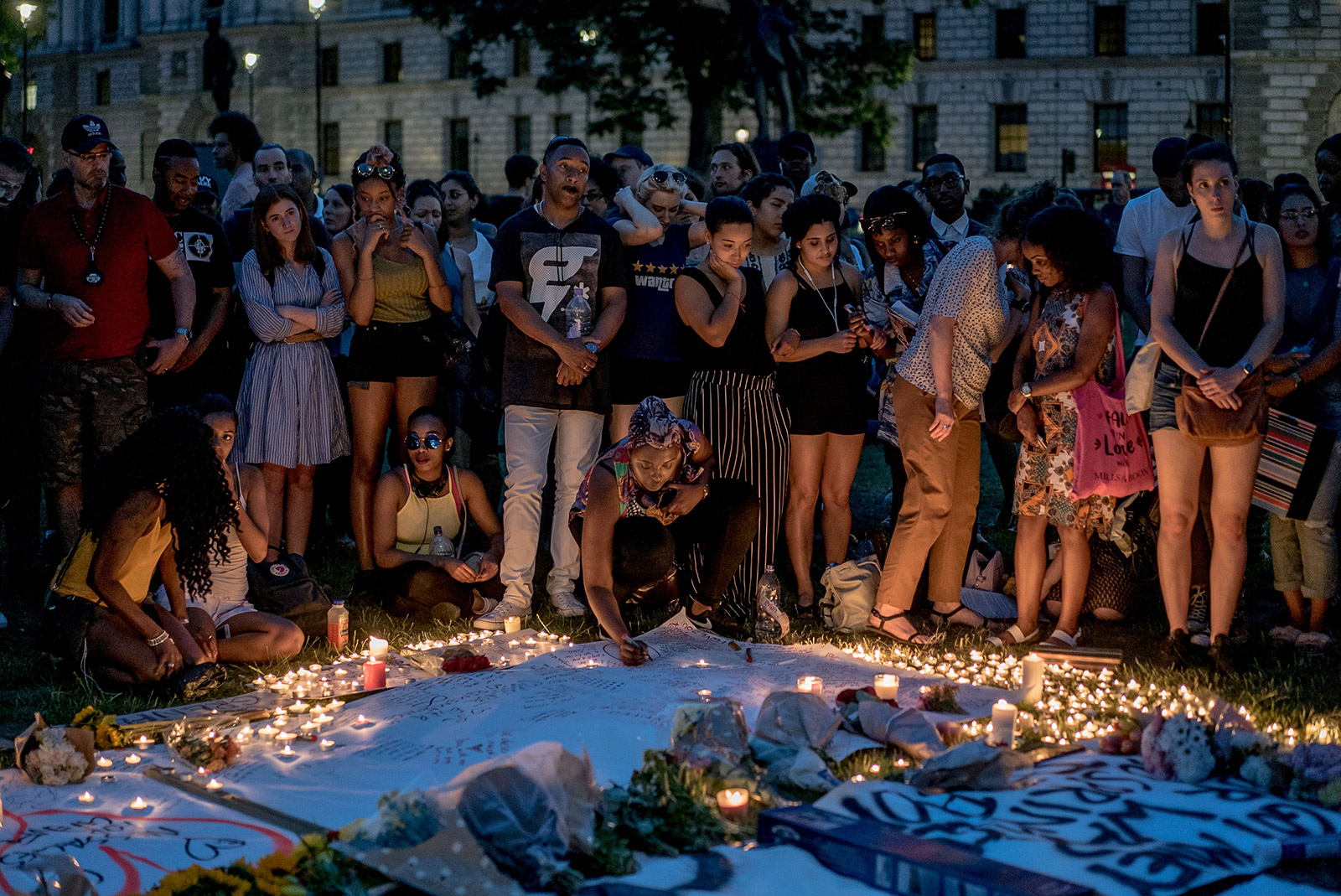 No break
for Britain

In the midst of multiple tragedies, a photographer finds sadness, anger and resilience Photographs by Andrew Testa for CNN
Story by Kyle Almond, CNN

With five tragedies in the past three months, Britain can’t seem to catch its breath.

Terrorist attacks in London and Manchester have resulted in dozens of deaths, and those four combined weren’t as deadly as the massive fire last week that consumed Grenfell Tower, an apartment high-rise in London.

“I think people haven’t had the time to process,” said photographer Andrew Testa, a Londoner who spent a few days this week trying to capture the mood around him. “Plus you have all the other stuff going on: Brexit, the election that went wrong. There’s kind of a feeling that things are falling apart a little bit over here.”

Testa attended two vigils Monday night in London. Just a few miles separated the Grenfell vigil, which took place at Parliament Square, from the vigil in Finsbury Park, where a van was driven into a group of Muslims earlier in the day.

“The pace of the attacks is what’s getting people really worried,” Testa said. “One after the other, and there’s not even a proper chance to really digest each one.” 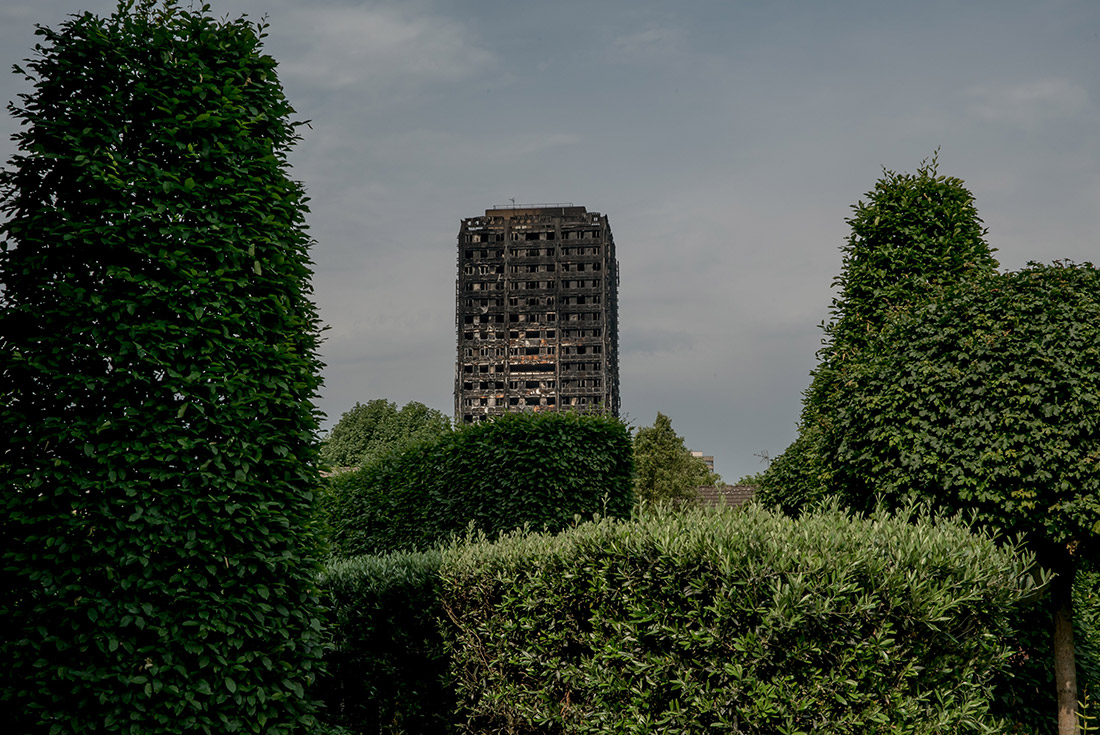 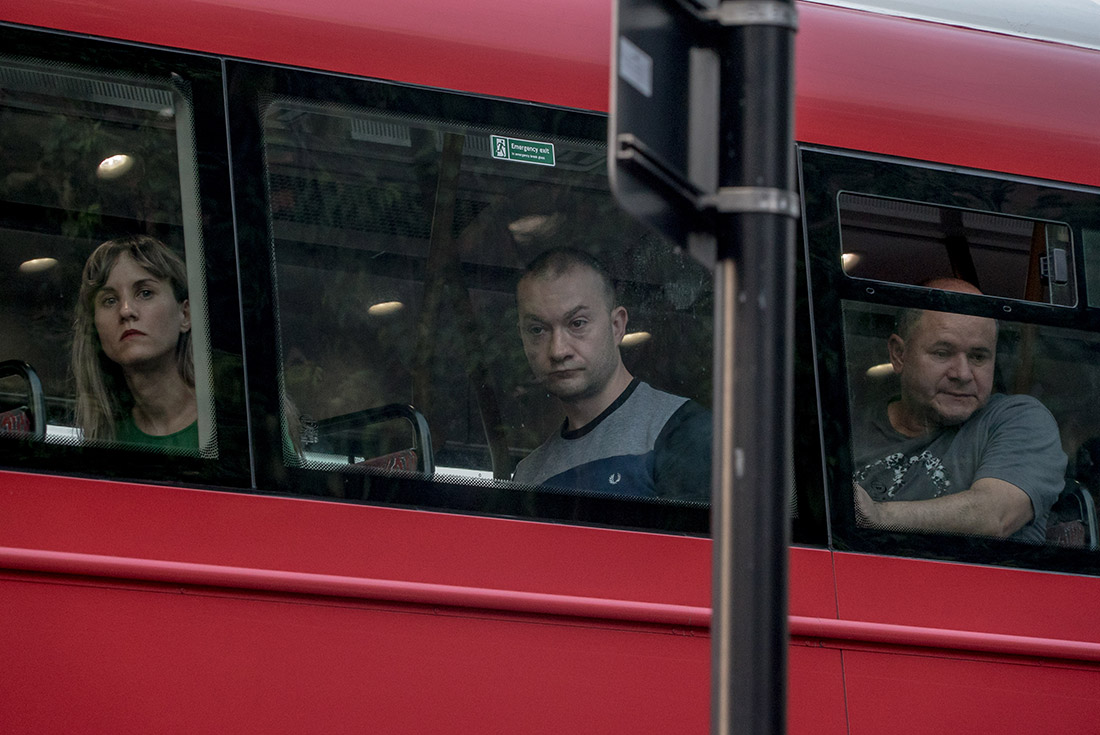 People look out from a bus during a vigil near the site of the Finsbury Park attack in London.

The first terrorist attack happened March 22, when a man plowed his car into pedestrians on Westminster Bridge, killing four before fatally stabbing a police officer.

On June 3, three men drove a van into pedestrians on London Bridge and stabbed people in the Borough Market area, killing eight.

“It is difficult to escape a very somber national mood,” Queen Elizabeth II said last weekend in her official birthday statement. “In recent months, the country has witnessed a succession of terrible tragedies.” 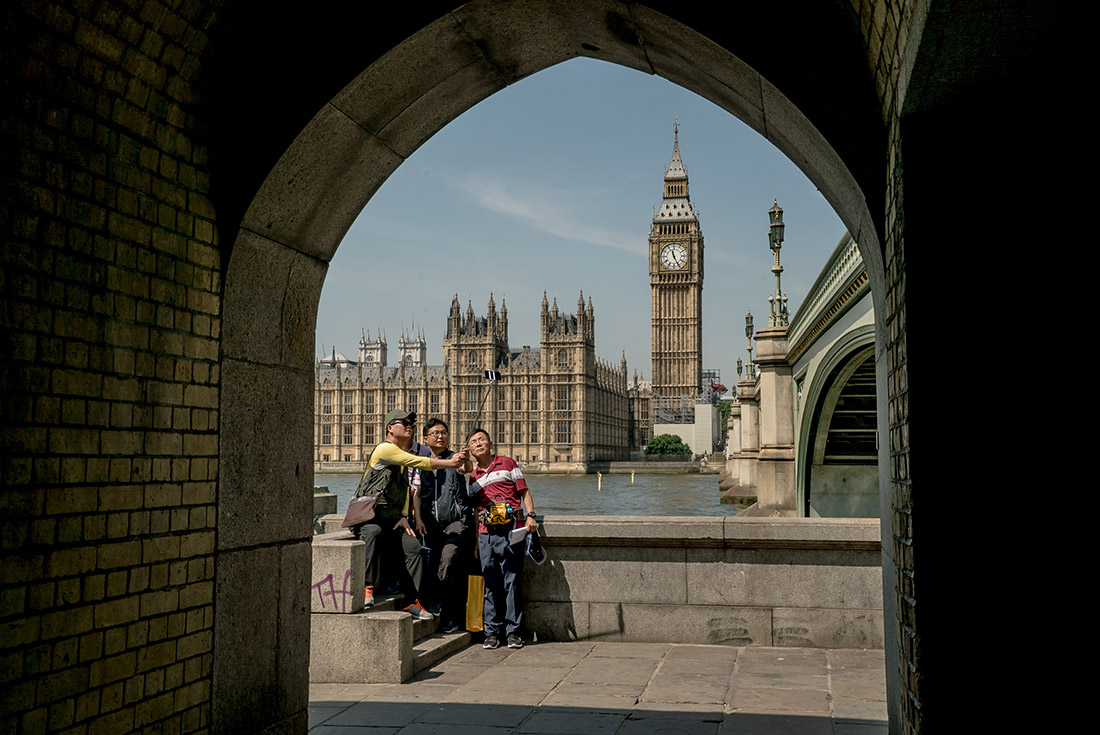 Tourists take selfies in front of the Houses of Parliament and Westminster Bridge, the site of a March 22 terrorist attack. 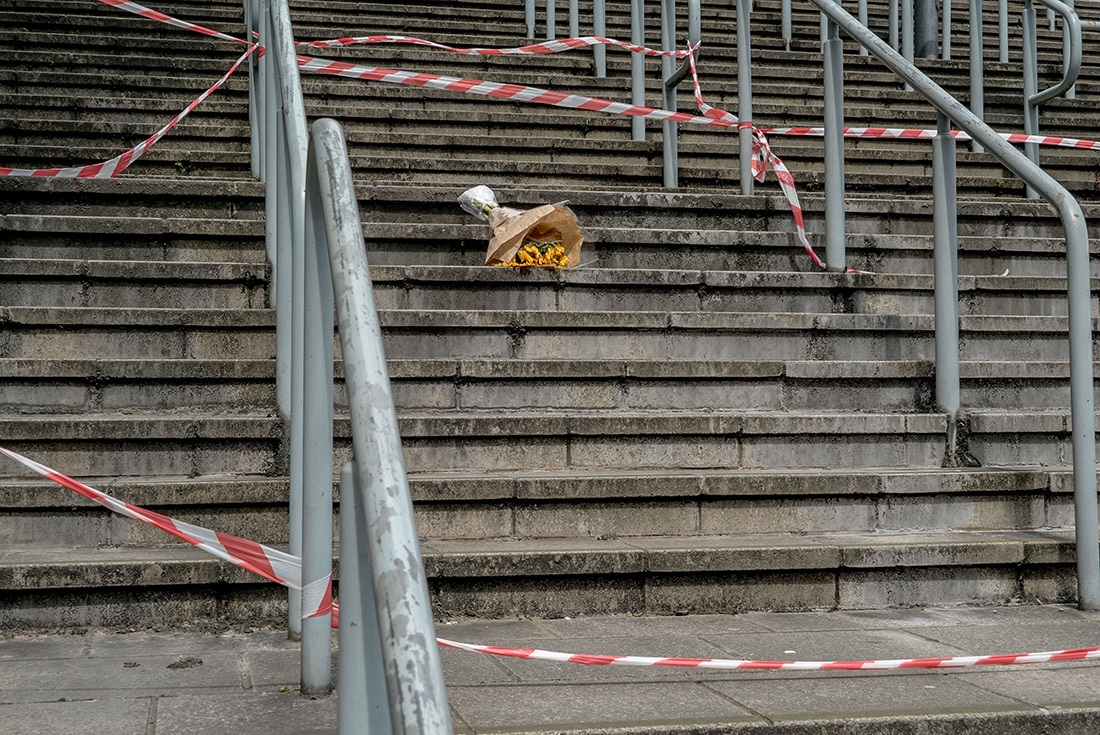 The entrance to Manchester Arena remains closed a month after a suicide bombing there.

Testa noted sadness, of course, at Monday’s vigils — but also a strain of anger.

Many Grenfell residents have been critical of the government’s response to the fire and want to know whether the building had any deficiencies that should have been addressed.

“The fact that this huge tower block was completely destroyed within a couple of hours has been a massive shock. … For the local community there, it seemed like a culmination of years of neglect,” Testa said. The government has promised a public inquiry into the fire, and police have opened a criminal investigation. 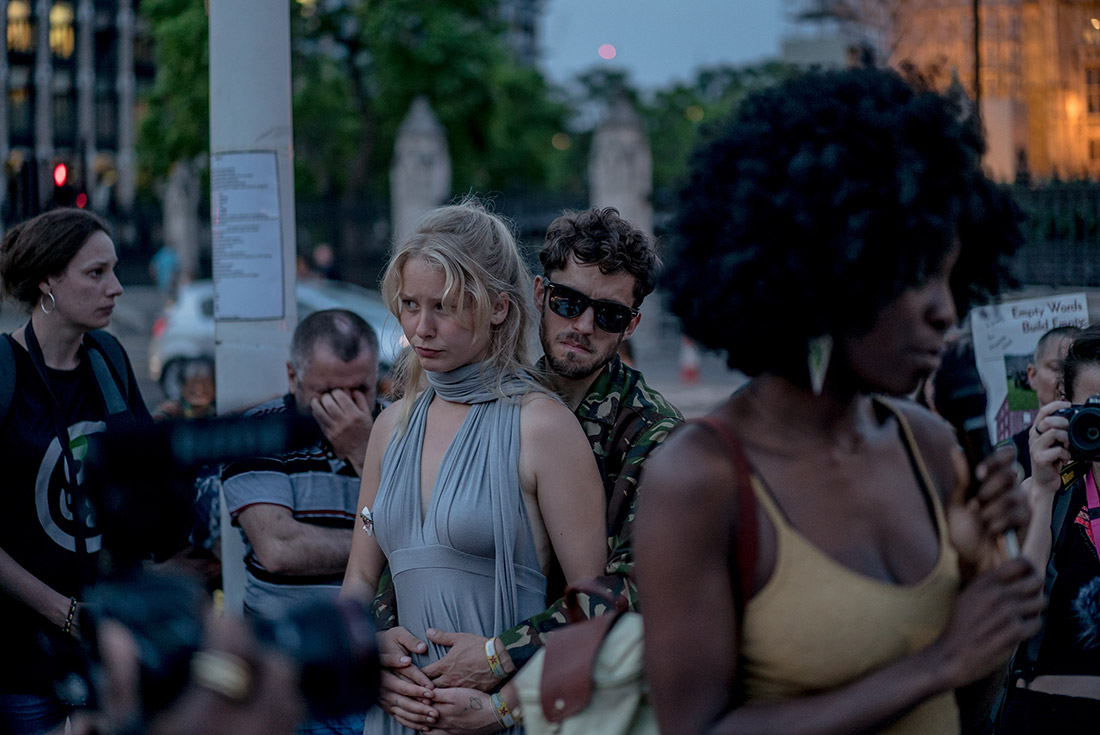 People gather at a vigil honoring the victims of the Grenfell Tower fire. 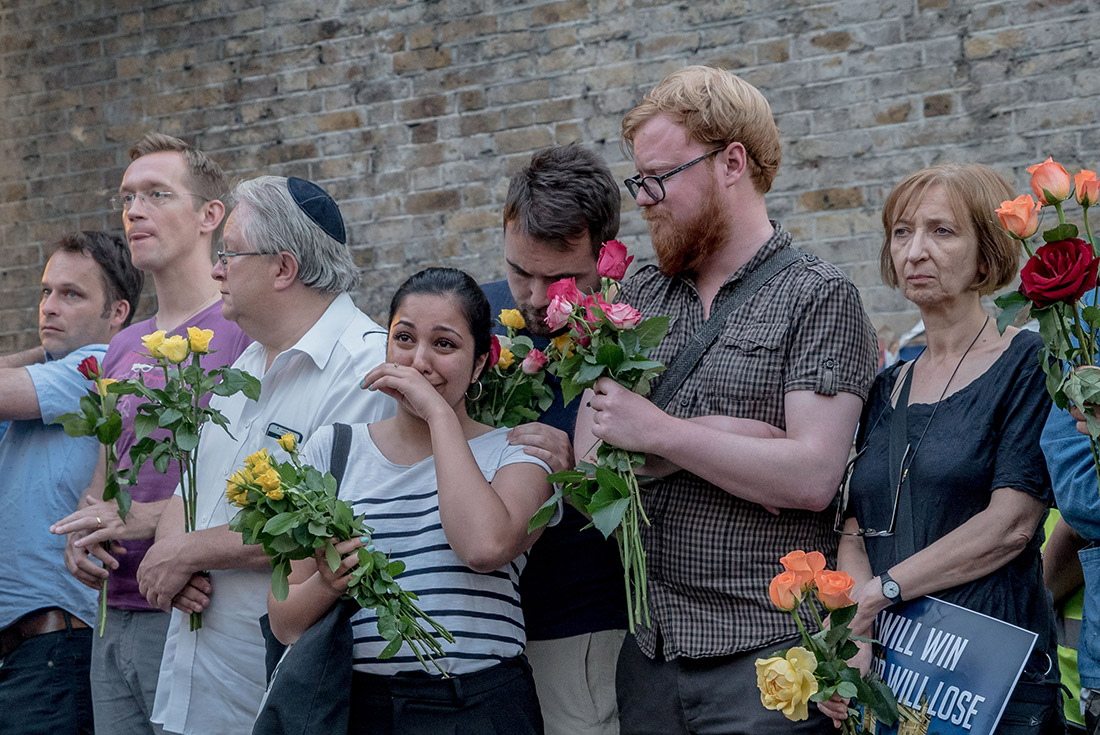 A few miles away, a vigil was held for victims of the Finsbury Park attack.

In Finsbury Park, Testa heard frustration about the government and the media. Some people there felt that because the suspect was a white man attacking Muslims, it wasn’t immediately declared as terrorism. (The prior terrorist attacks were all attributed to Islamic extremists.)

Testa said the past three months have caused many Britons to start asking questions, and not just about security.

“A lot of preconceptions are going out the window, with the election, with Brexit, with Grenfell Tower — how could that happen in 21st-century Britain? People just can’t understand it,” Testa said. 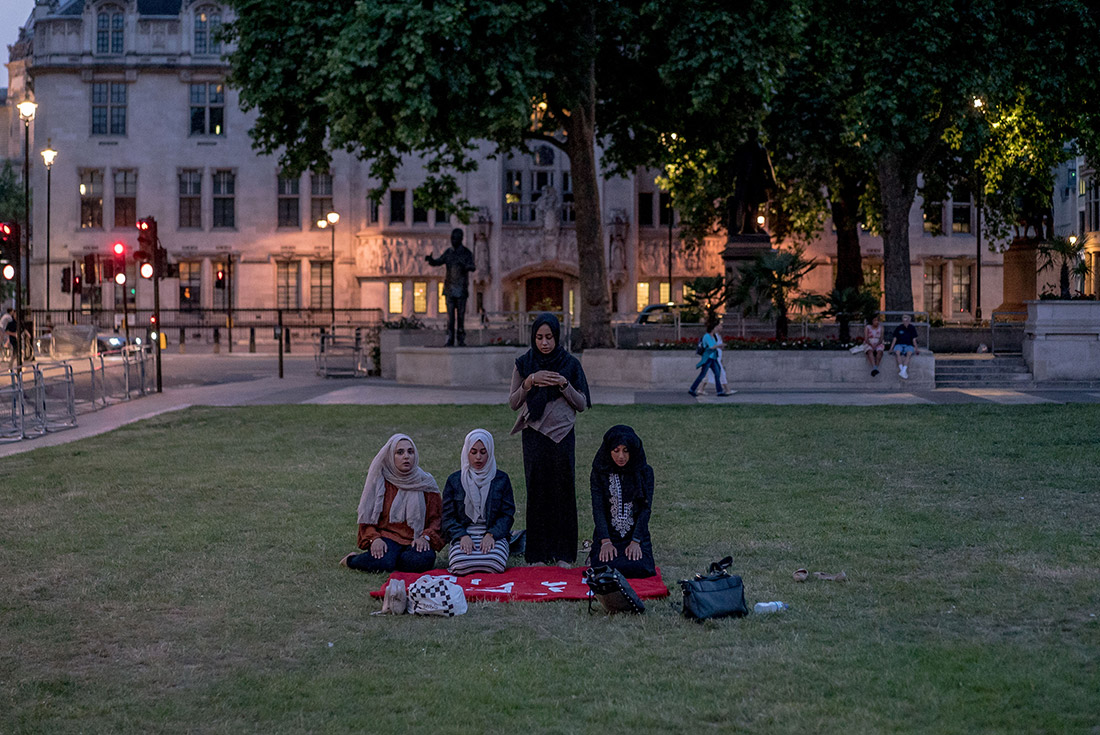 Women pray during the Grenfell Tower vigil outside the Houses of Parliament. 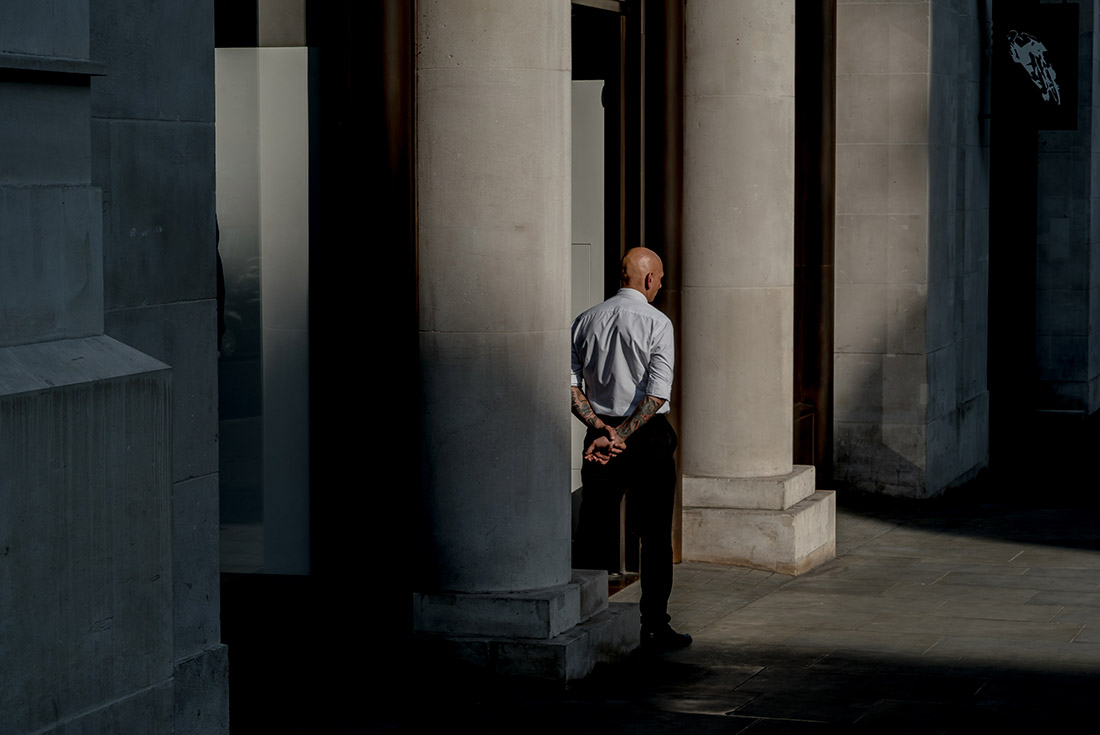 A security guard patrols outside a shop on Regent Street, a popular shopping area in west London.

Terrorism isn’t new to Britain. Testa remembers growing up in the 1970s when the Irish Republican Army carried out various attacks. The IRA bombed a subway station just a minute away from his house, he said, and an army recruitment officer was murdered on a local high street.

London has also experienced other major attacks, including the subway bombings that killed 52 people in 2005.

But the city always finds a way to keep going. This week was no different.

While photographing Borough Market, Testa spoke with Daniel Bennett, a Briton visiting from New York. When talk moved to staying off bridges and avoiding crowded places, Bennett dismissed the idea.

“London’s not like that,” he told Testa. “London just gets up and gets on with it.” 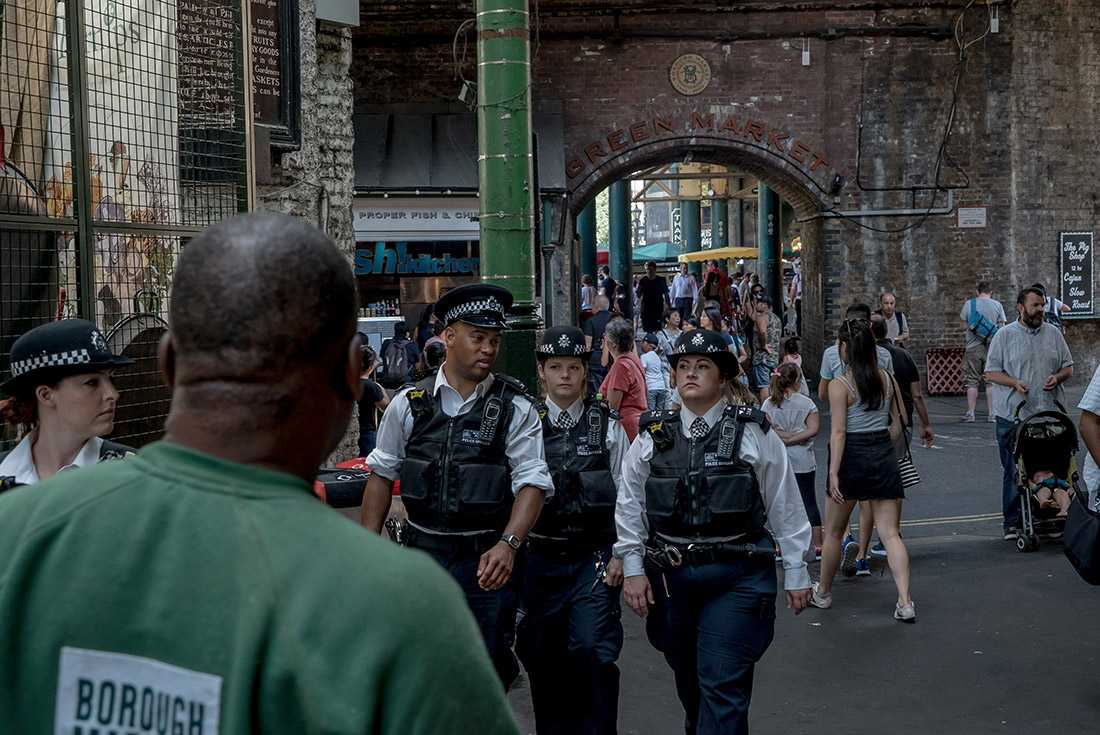 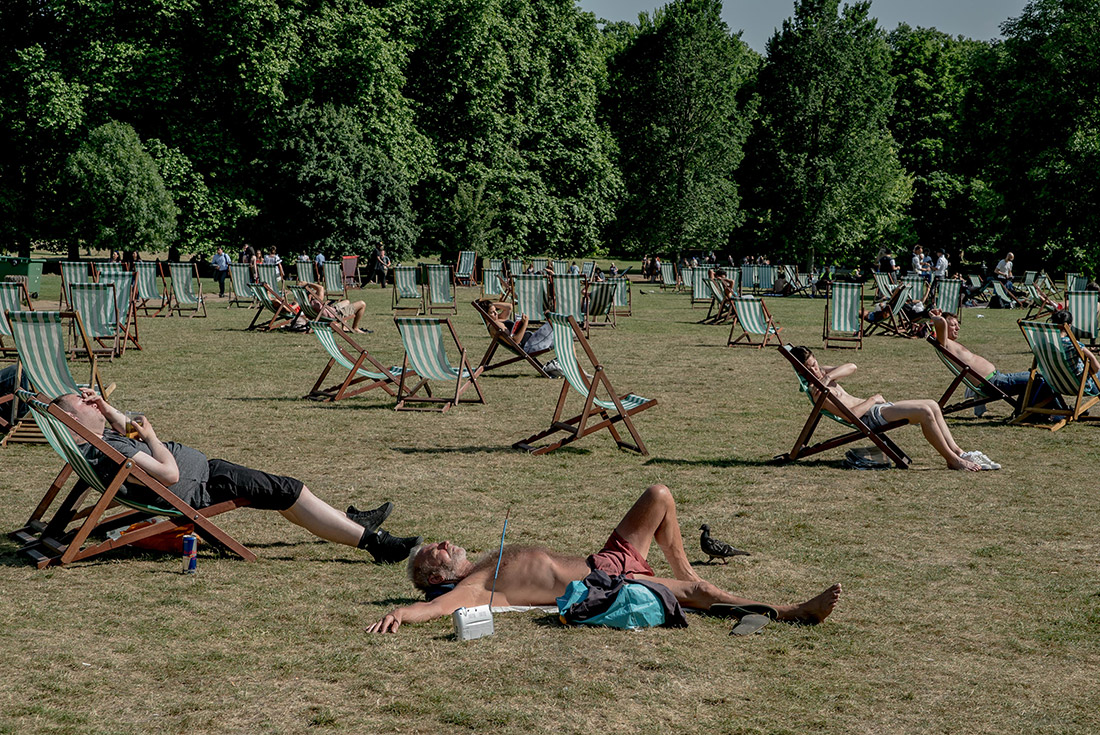 People sunbathe in Green Park, one of the Royal Parks of London.

Andrew Testa is a British photographer based in London. He is represented by Panos Pictures. Follow him on Instagram.