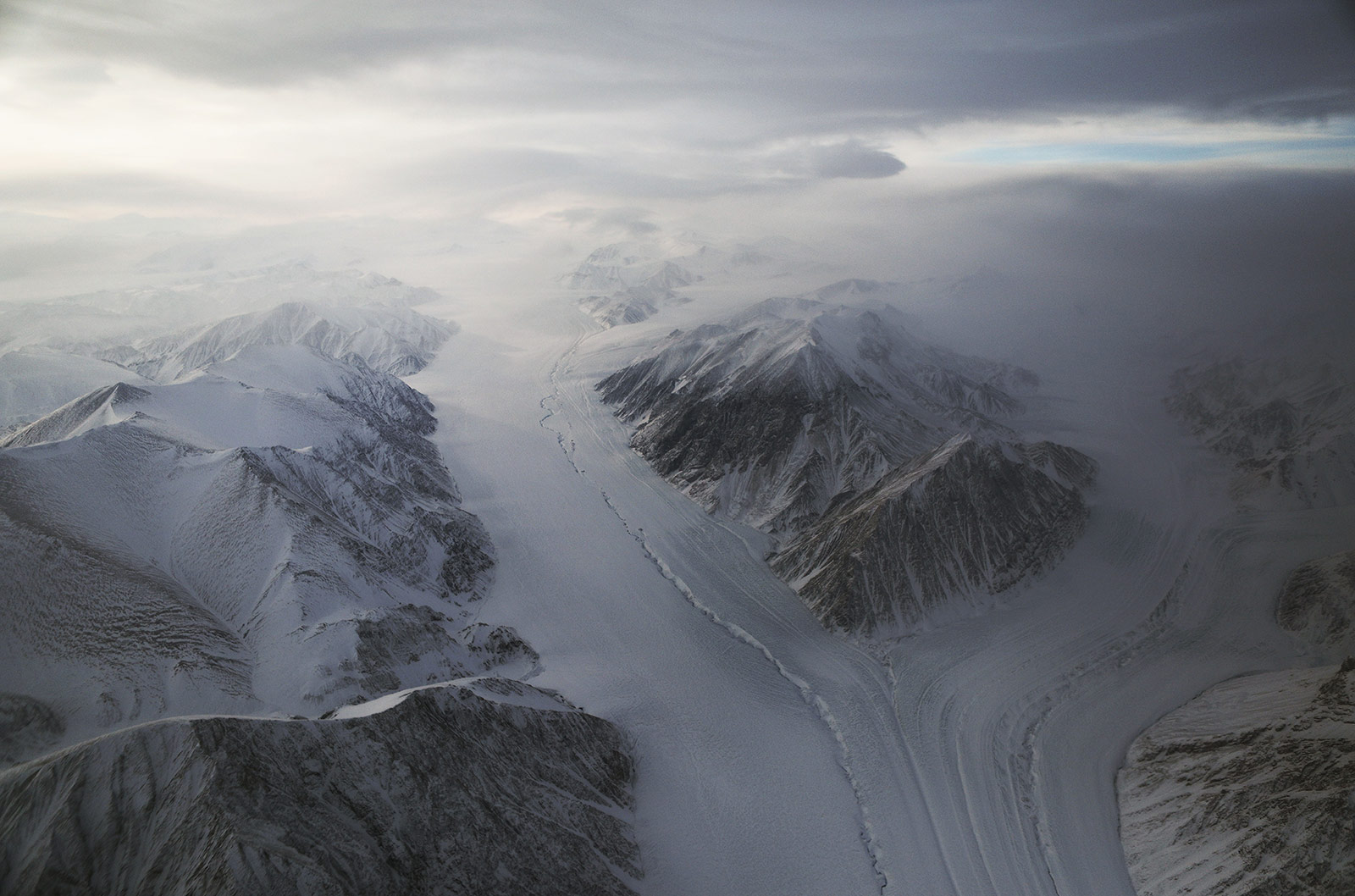 Flying above the Arctic with NASA

A photographer goes to Earth's extremes and captures the majesty of ice Photographs by Mario Tama/Getty Images
Story by Amanda Barnett, CNN

Photographer Mario Tama didn’t think he would see much in the way of great scenery when he flew with NASA scientists over Greenland and Canada as part of Operation IceBridge, a project to monitor Earth’s polar ice.

“I wasn’t expecting much … a bunch of ice, a bunch of snow,” Tama told CNN.

But he was blown away by the beauty. “There are these incredible shapes, landscapes. It was completely unexpected. It was incredible.”

“It’s a part of our Earth that no one gets to witness,” he said. He felt privileged to see it and “wished every human could be on board that flight and seeing that fragile landscape.”

“I have been so many places and have seen so many things, but I had never seen anything like that … almost like viewing another planet.”

“It was mind-blowing,” Tama said. He just prayed his images turned out so he could share the beauty with the world.

“You can hear your footsteps crunching and you realize this is an iceberg.”

On down days — when the plane couldn’t fly — Tama said the scientists are super curious, so they walk on the sea ice and explore the glaciers near their base at Thule Air Base, about 750 miles north of the Arctic Circle and about 950 miles south of the North Pole.

After piling on several layers of clothes — six on top and three on the bottom, Tama tagged along.

“It was unbelievable. … You can hear your footsteps crunching and you realize this is an iceberg,” he said. “It cracked — and I was quite scared. These things are alive … melting or forming so beautifully.”

NASA says Operation IceBridge is the “largest airborne survey of Earth's polar ice ever flown.” Scientists make flights over Greenland in March through May and over Antarctica in October through November. Scientists say Greenland's ice sheet is retreating due to warming temperatures.

The goal of the mission is to monitor changes in sea ice, glaciers and ice sheets and to collect data to “predict the response of Earth’s polar ice to climate change and resulting sea-level rise.”

The data gathered during the flights is paired with observations from a NASA satellite called ICESat — that’s short for Ice, Cloud and Land Elevation Satellite. The satellite was launched in January 12, 2003, from Vandenberg Air Force Base, California. It was decommissioned in August 2010 and burned up as it reentered Earth’s atmosphere.

Another satellite is planned for launch in 2018. ICESat-2 will use a laser to measure the height of Earth’s surfaces and the ice and snow. 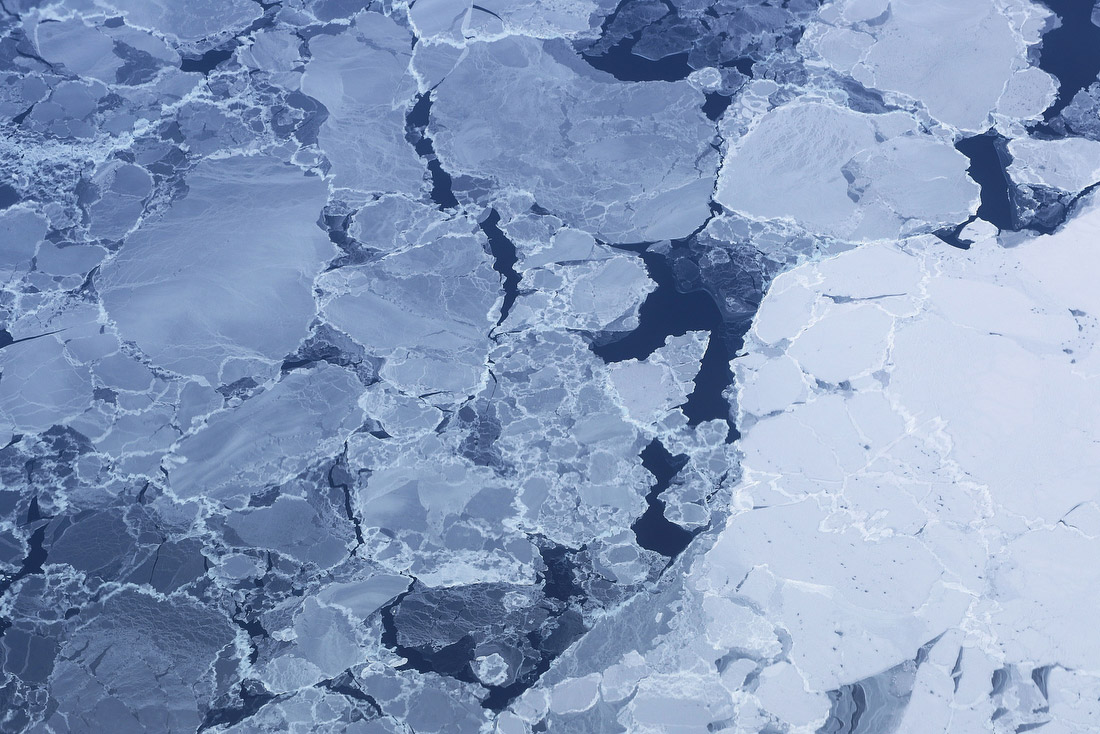 Sea ice is seen from the window of a NASA airplane flying over Ellesmere Island, Canada, in March. NASA has been flying over Canada, Greenland and Antarctica for the past nine years, in a mission known as Operation IceBridge, to study the impact of climate change on polar ice. 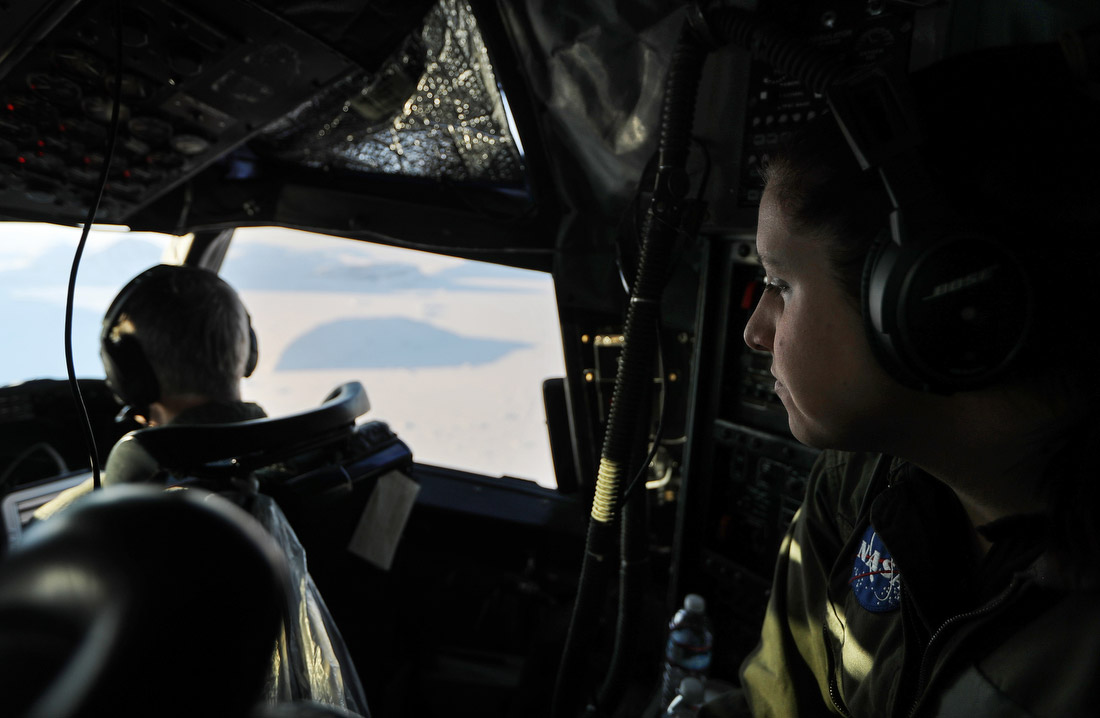 NASA avionics technician Lauren Prinski, right, sits in the cockpit of NASA's Operation IceBridge research aircraft as it flies over Baffin Bay along the coast of Greenland. 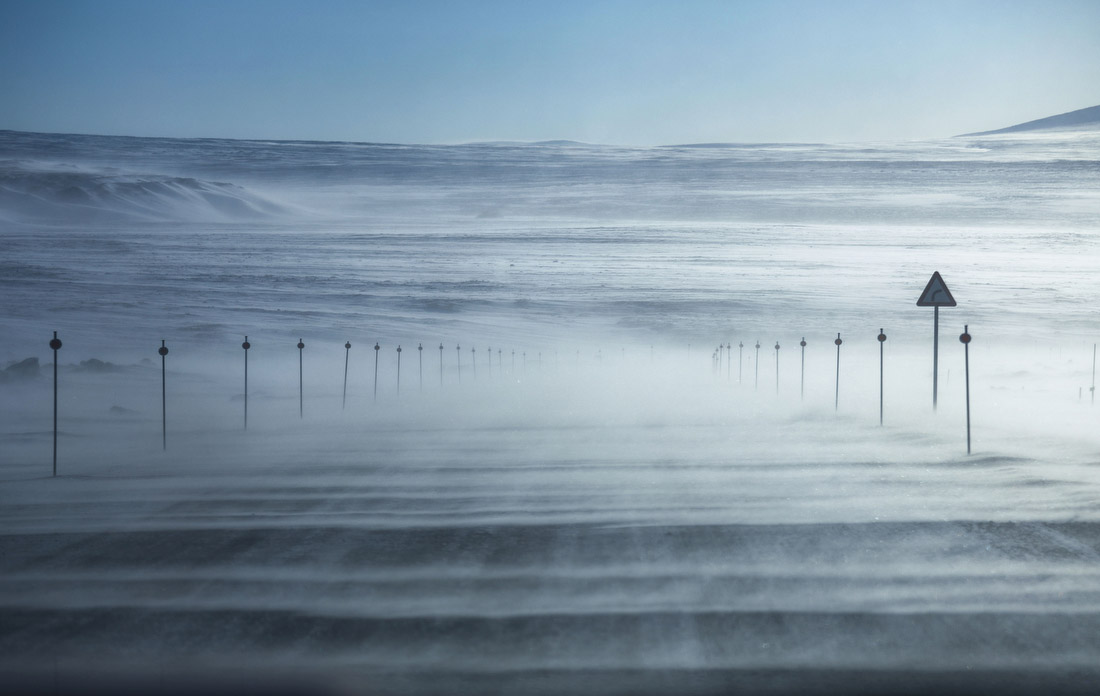 Snow blows near Thule Air Base in Pituffik, Greenland. It’s the US military’s northernmost base and is located about 750 miles above the Arctic Circle. NASA's Operation IceBridge flies research missions out of the base. 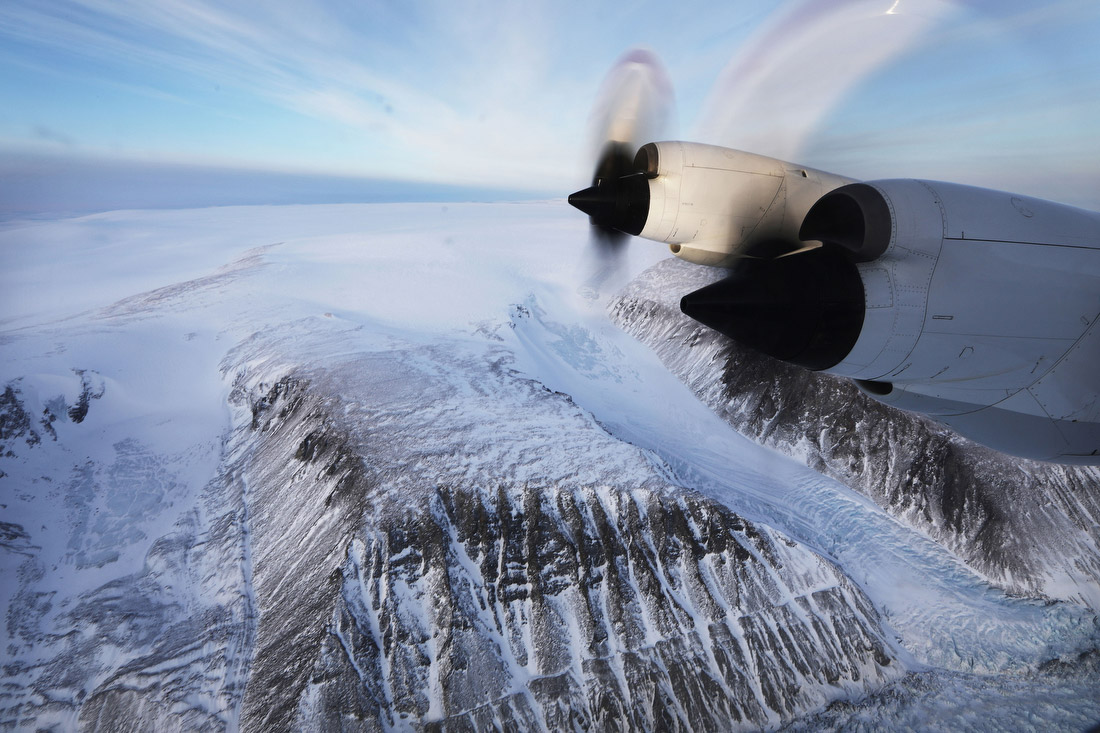 Part of a glacier is seen along the coast of Greenland near Baffin Bay. NASA scientists use a modified 1966 Lockheed P-3 Orion to study how polar ice has evolved over the past nine years. 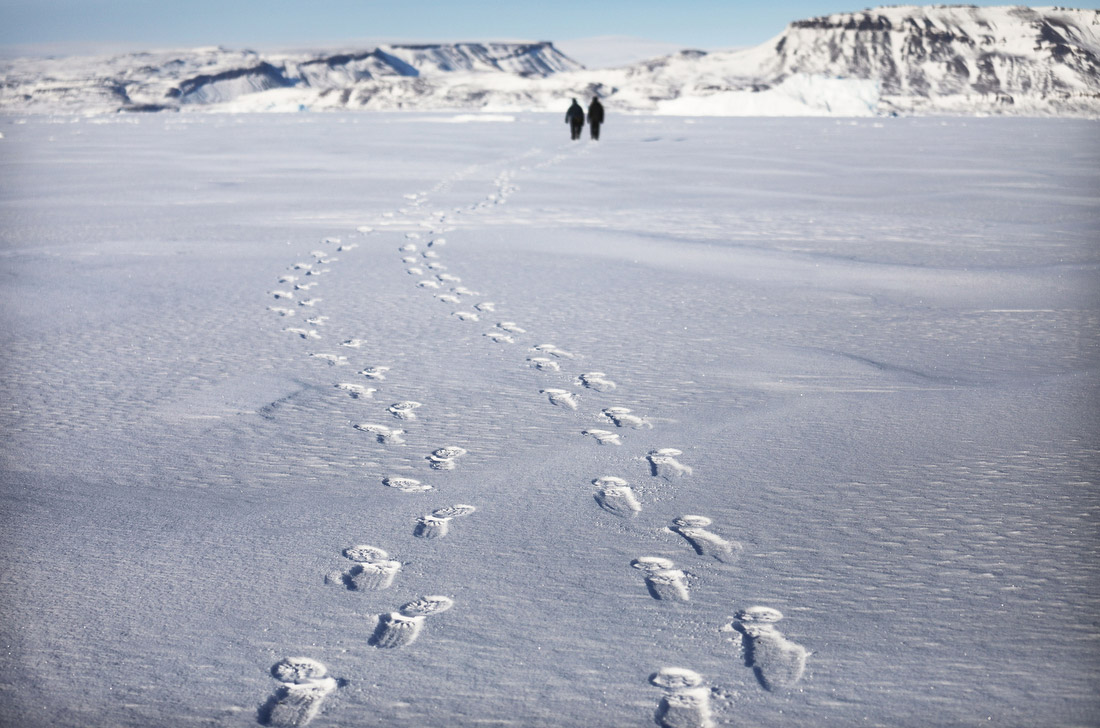 Operation IceBridge scientists Nathan Kurtz and Jeremy Harbeck walk to survey an iceberg locked in ice near Thule Air Base. 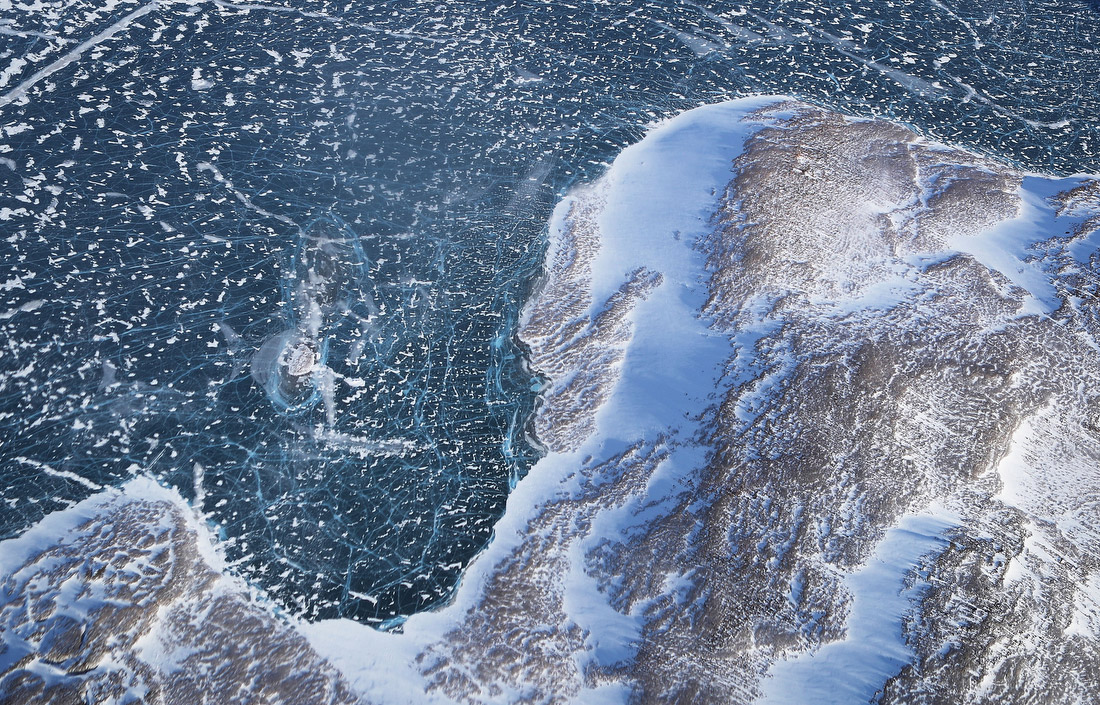 Sea ice in Baffin Bay off the coast of Greenland. 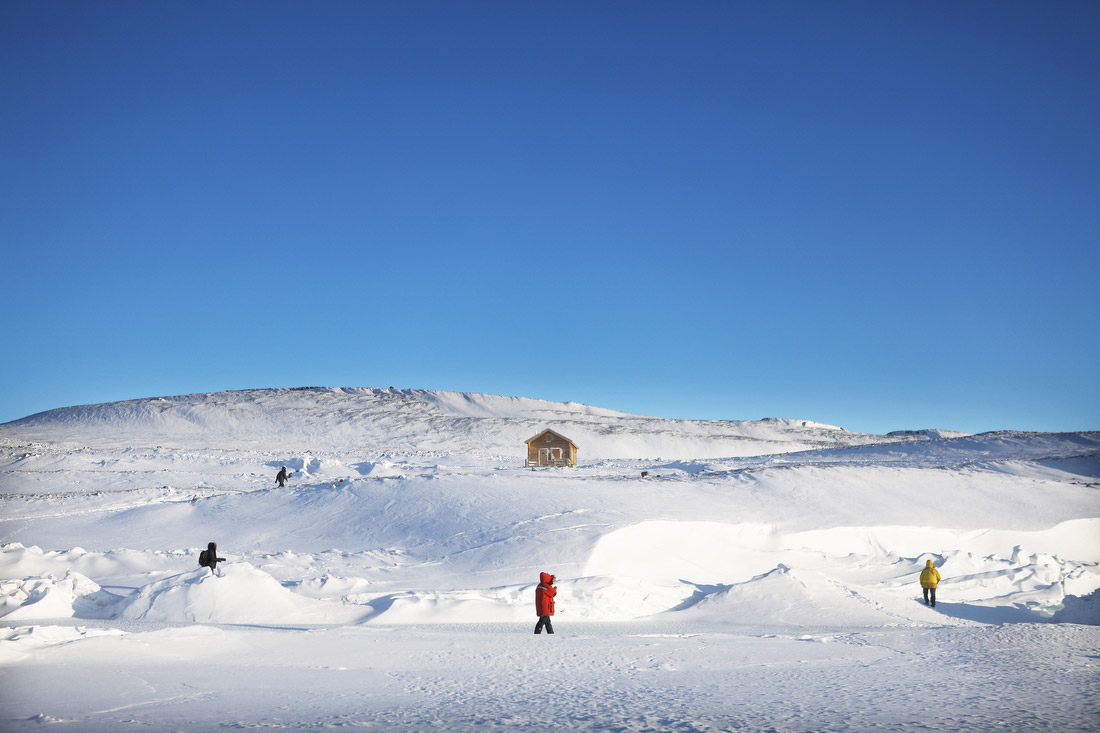 NASA scientists and visitors explore ice near Thule Air Base. Photographer Mario Tama told CNN he packed on several layers before heading outside: six on top and three on the bottom. 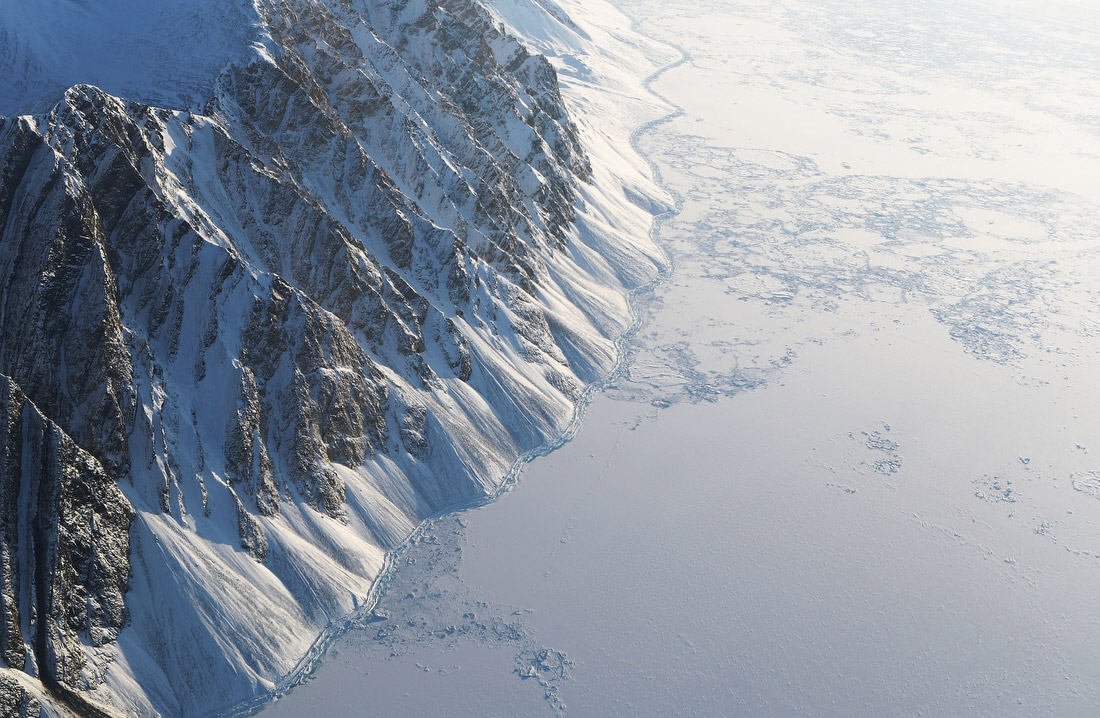 Sea ice is seen out the window while flying over Ellesmere Island, Canada. 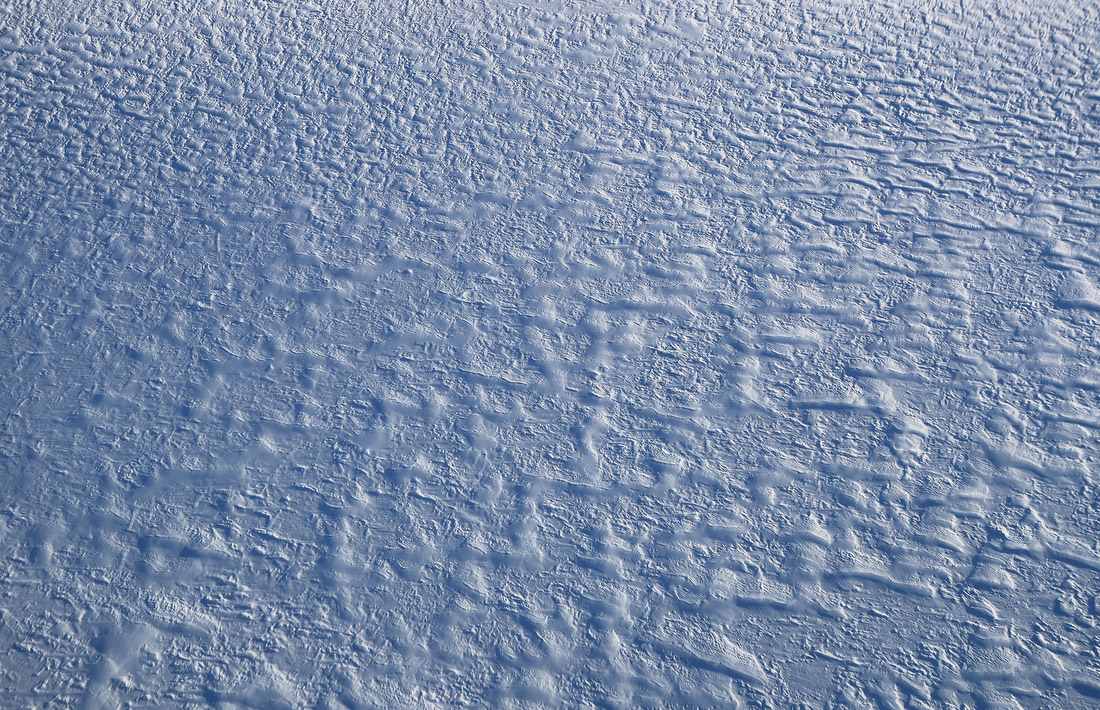 Scientists say the ice fields of Ellesmere Island are retreating due to climate change. 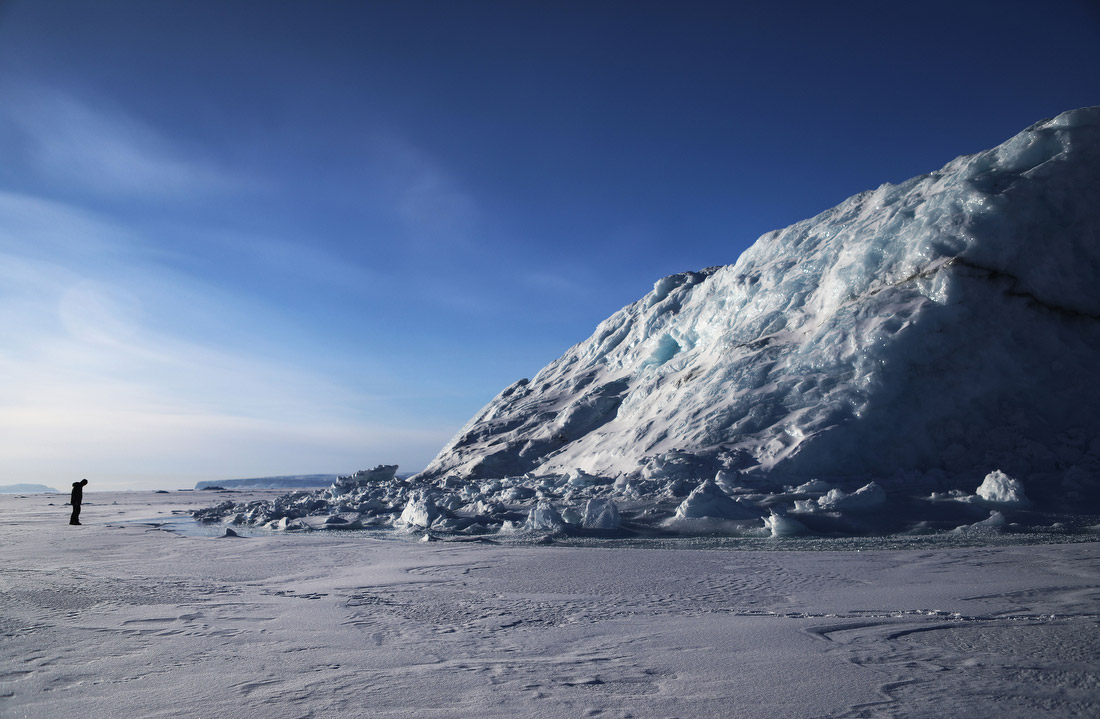 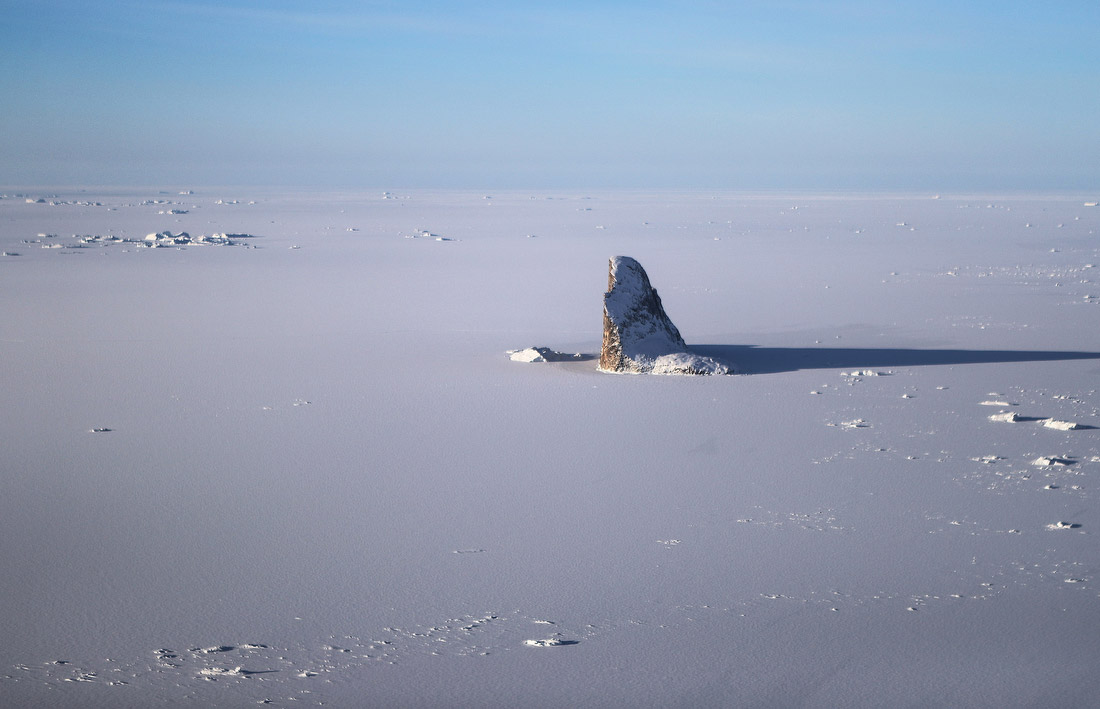 What appears to be a mountain sticking above the clouds is actually an island frozen in sea ice, says photographer Mario Tama. The photo was taken while flying over Baffin Bay along the coast of Greenland.