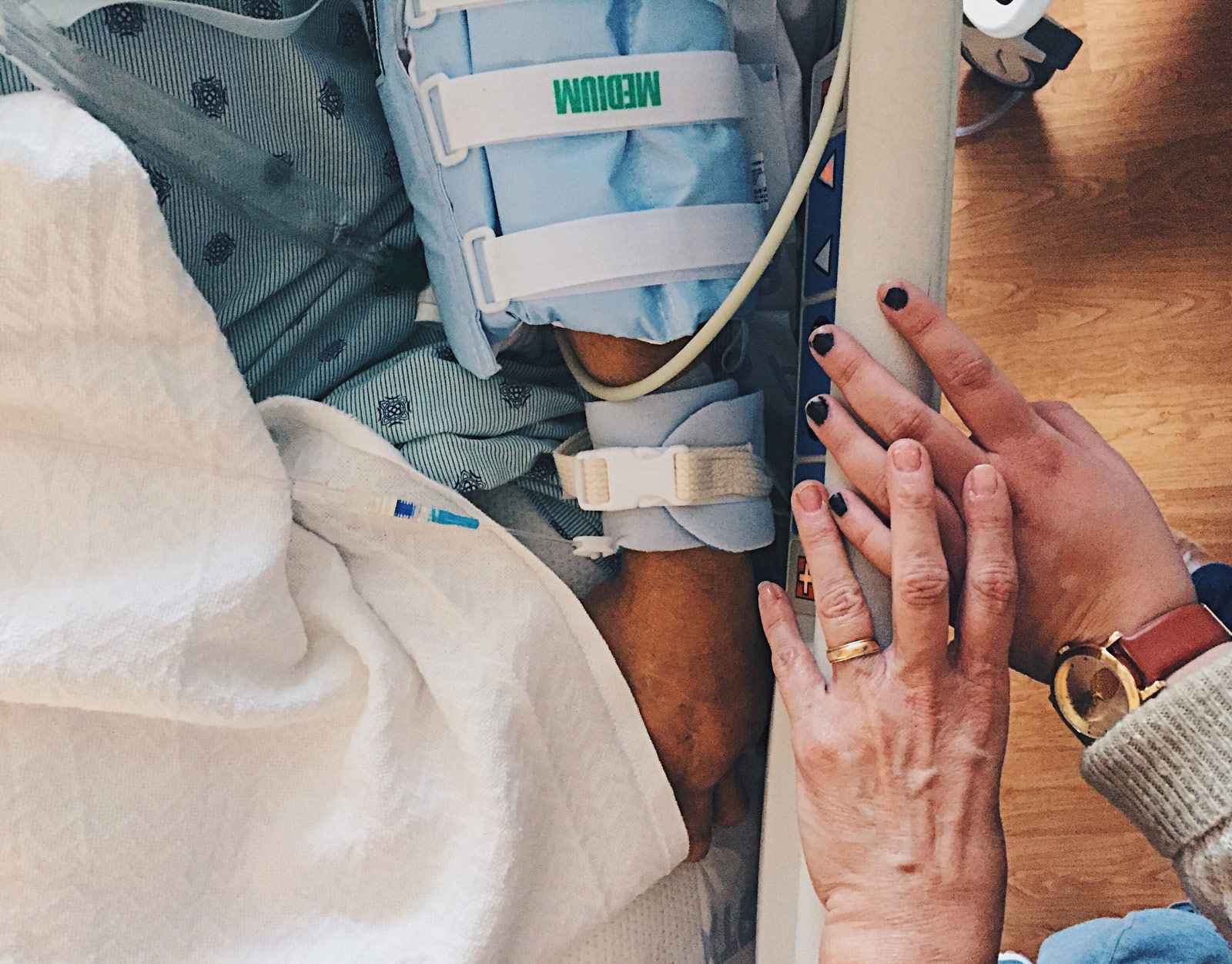 Her first night in the hospital, Breanna Daugherty couldn’t sleep.

She was still on edge emotionally, and she wanted to be awake in case the doctors had any sudden updates about her father, Tony. He had been airlifted to Indianapolis — about two hours away from their hometown of Paoli, Indiana — with liver and kidney failure.

“So I let my mom sleep,” said Breanna, a senior at Ball State University majoring in photojournalism. “I stayed awake, and I thought the lighting was really interesting so I started taking photos. And I started to think: What if I documented this?”

Over the next 10 days, she took photos with her iPhone as her father’s condition went through ups and downs. Many of the photos included her mother, Diana, as they visited him five times a day and waited for good news.

In the early morning of January 3, Tony Daugherty died. He was 56 years old.

For a while, Breanna wasn’t sure what to do with the photos, which are raw and emotional and show family members at their most vulnerable. But she eventually decided to create a photo story and make it public.

“When it came to my photography, (my father) always cared about my work and what I was covering,” she said. “He was always supportive in whatever direction I decided to go in. I'm sure he would have been supportive of me doing this story as well.”

Breanna said her dad was struggling with depression and alcoholism after losing his mother and two jobs in recent years. She hopes this project might serve as a wake-up call for others who need help.

“But also kind of show that family will be there until the end.” 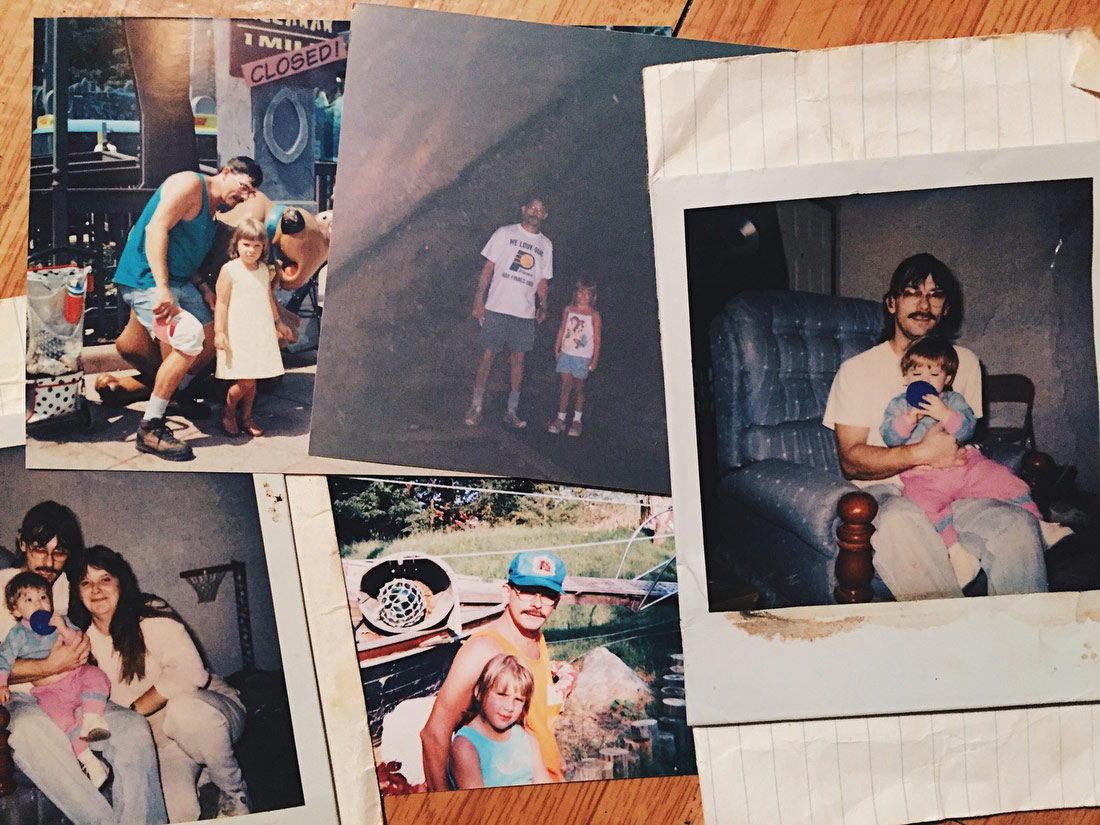 Breanna Daugherty found these photos of her and her father following his death in January. “He was a hardworking man that worked to give us a better life than he had growing up,” she said. “He didn't judge people, and (he) treated everyone as a friend.” 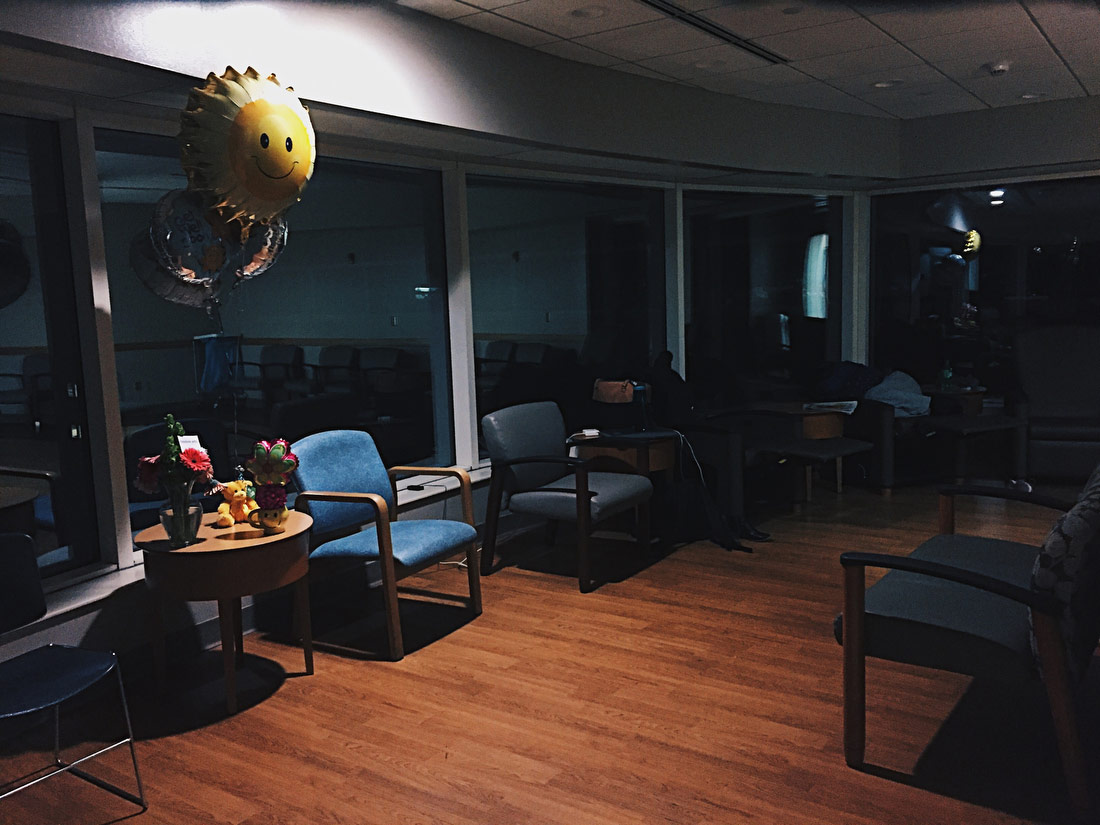 Breanna’s project started with this photo, in a hospital room she and her mother slept in on December 24. “I slept all of 30 minutes,” she wrote. “I was more concerned about receiving an update on my father and about our stuff being stolen. So I reassured my mother she could sleep through the night and played relaxing music to help her.” 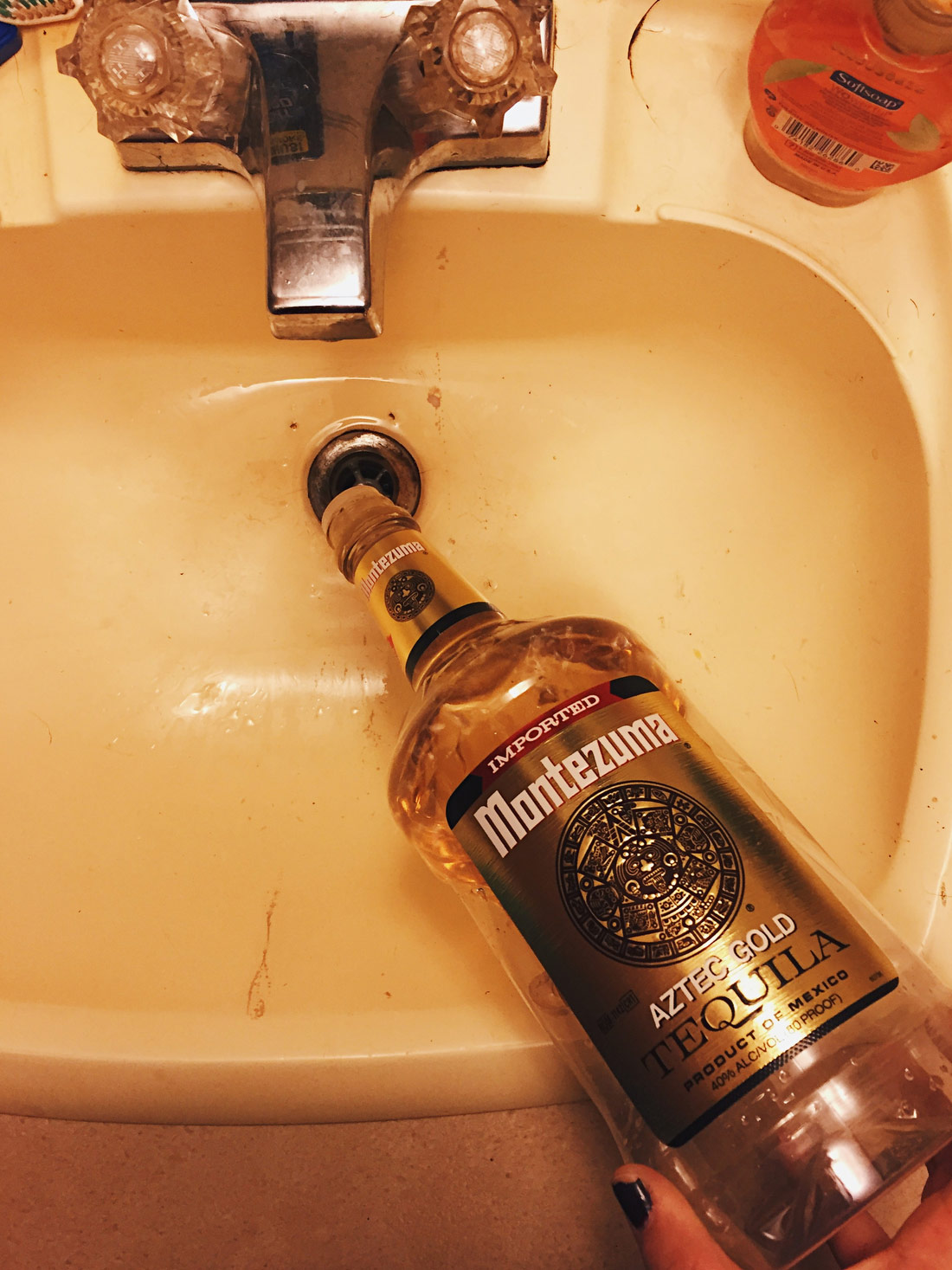 December 25: “Before leaving for the hospital for the next three days, my mother requested I empty the bottle of tequila my father owned. … About a week later, I heard my mother tell a doctor he would go through this bottle within 3-5 days.

“My father had become depressed again. After losing his job earlier in the year and struggling to find another, he began to feel more useless. It was around this time he started to become more sick.” 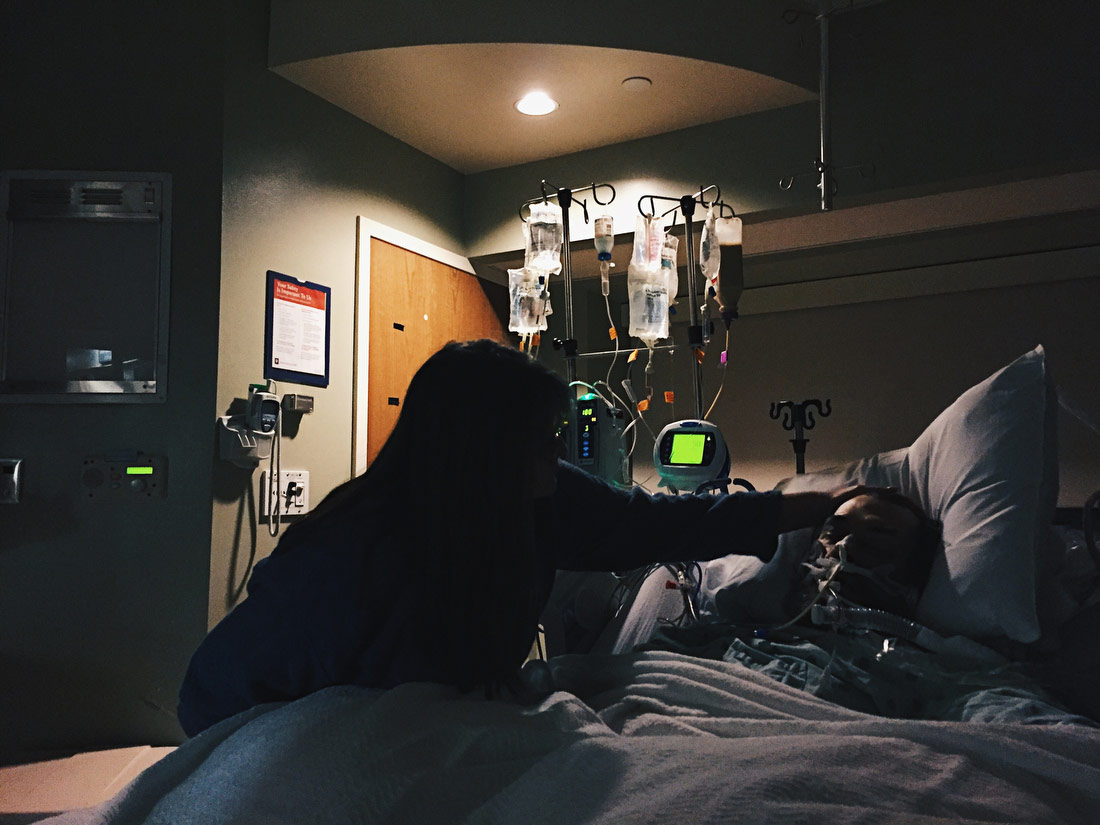 “The routine that hit me the hardest was my mother kissing her hand and pressing it his forehead, then stroking his hair back. She would whisper ‘I love you,’ ‘good night’ or ‘get better’ before walking out of the room for the night.” 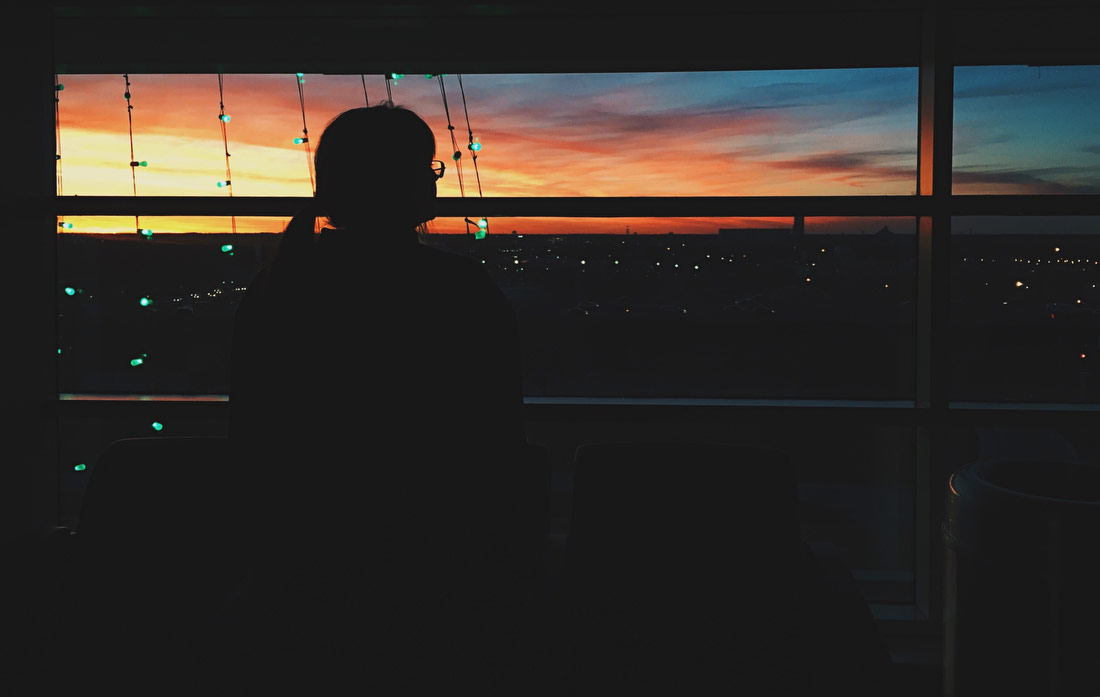 December 30: “One thing my mother looked forward to in the waiting room was a good sunset. While looking out, she would point out buildings and make small talk about his progress. We talked about how it would be months before he was better, and how she was prepared to stay in the hospital with him until then.” 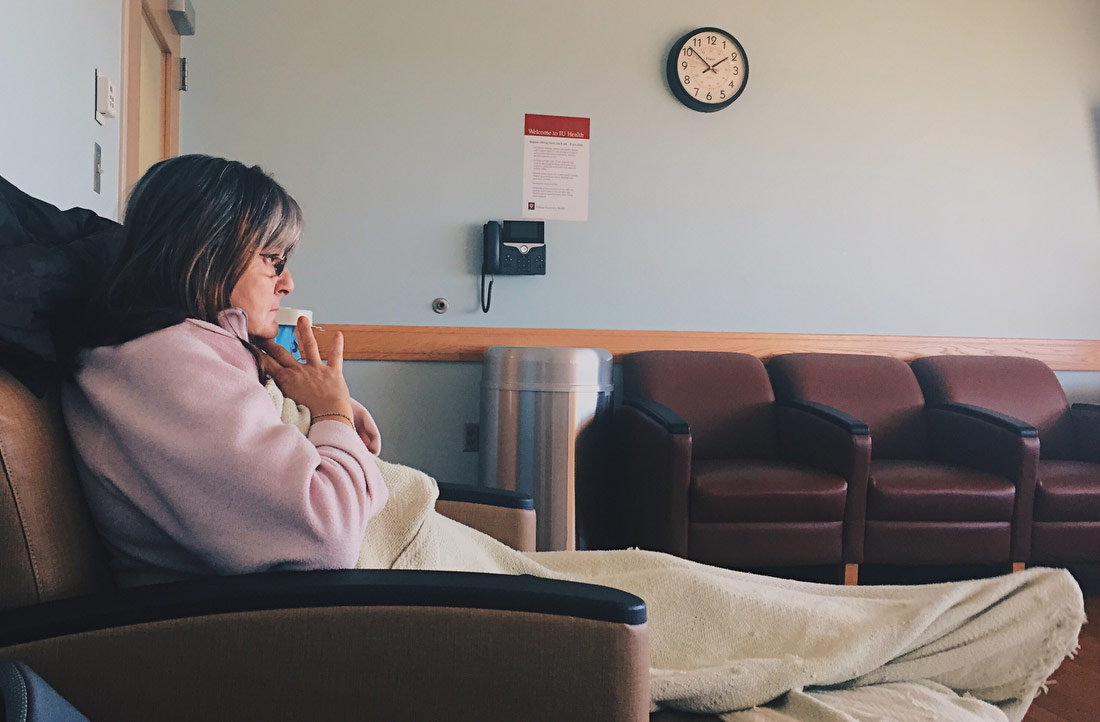 January 1: “A doctor told us (my father’s) chances of fully recovering and being the same as before were very low. …

“As the days went on, I began to hear (my mother) say more and more she was praying. When she goes out to smoke a cigarette, when she goes to walk, when she tries to fall asleep, she prays. Ever since I was a child, neither of my parents had expressed any kind of religious view. It was different in the hospital. She told him at least once a day that people were praying for him. She seemed optimistic with prayers on her side.” 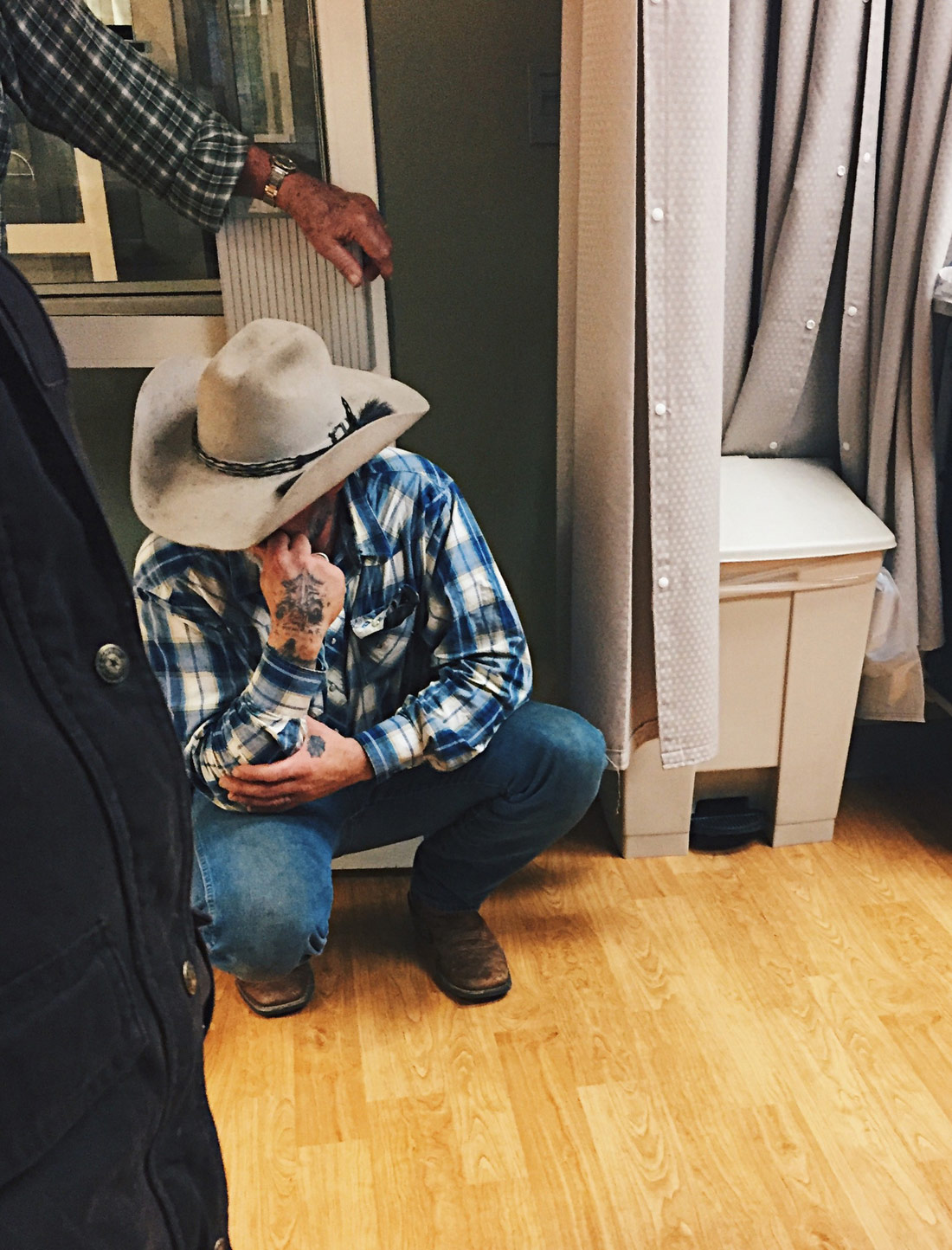 January 2: Breanna’s uncle visits the hospital in Indianapolis. Many more family members visited after her father’s condition had dramatically worsened. 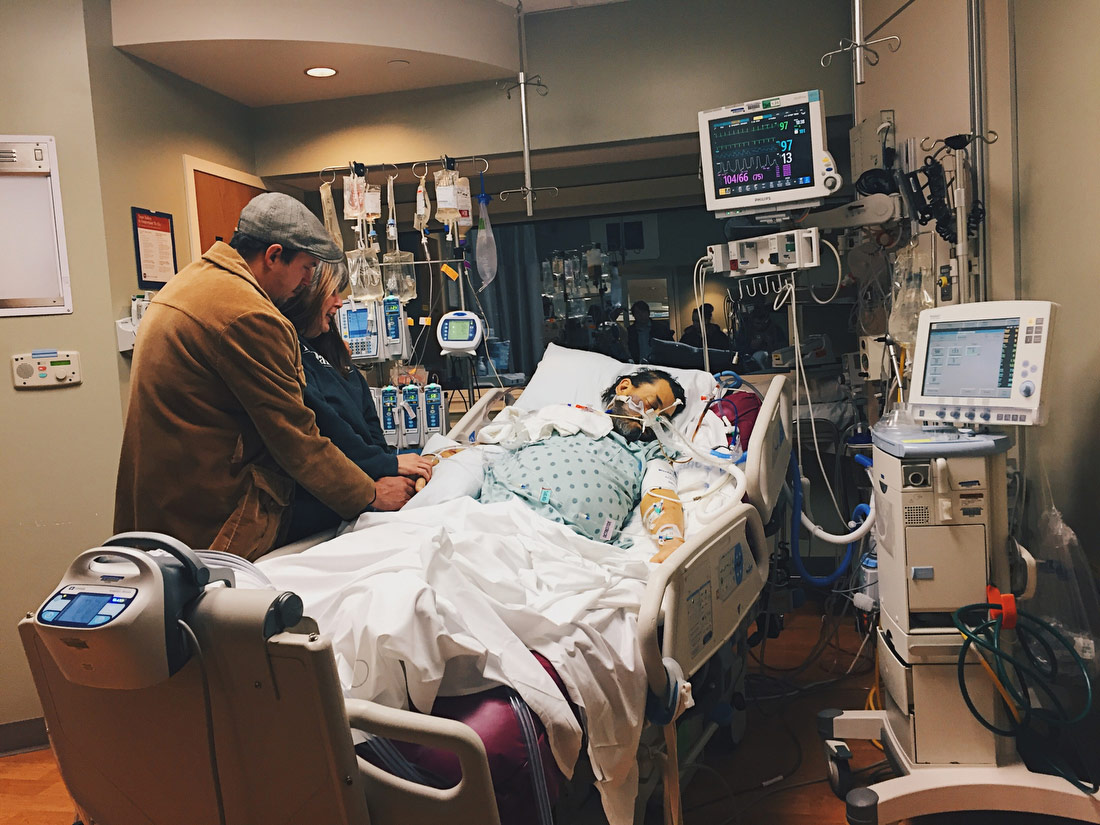 January 2: Breanna’s mother and one of her older brothers stand over her father. “Wake up, she pleaded while shaking his hand, tears streaming down her face as my oldest brother held her,” Breanna said. “It was the first time I saw her cry during those 10 days.

“The hardest part for me: watching my mother beg the love of her life not to leave her.” He died the next morning at 1:48 a.m. 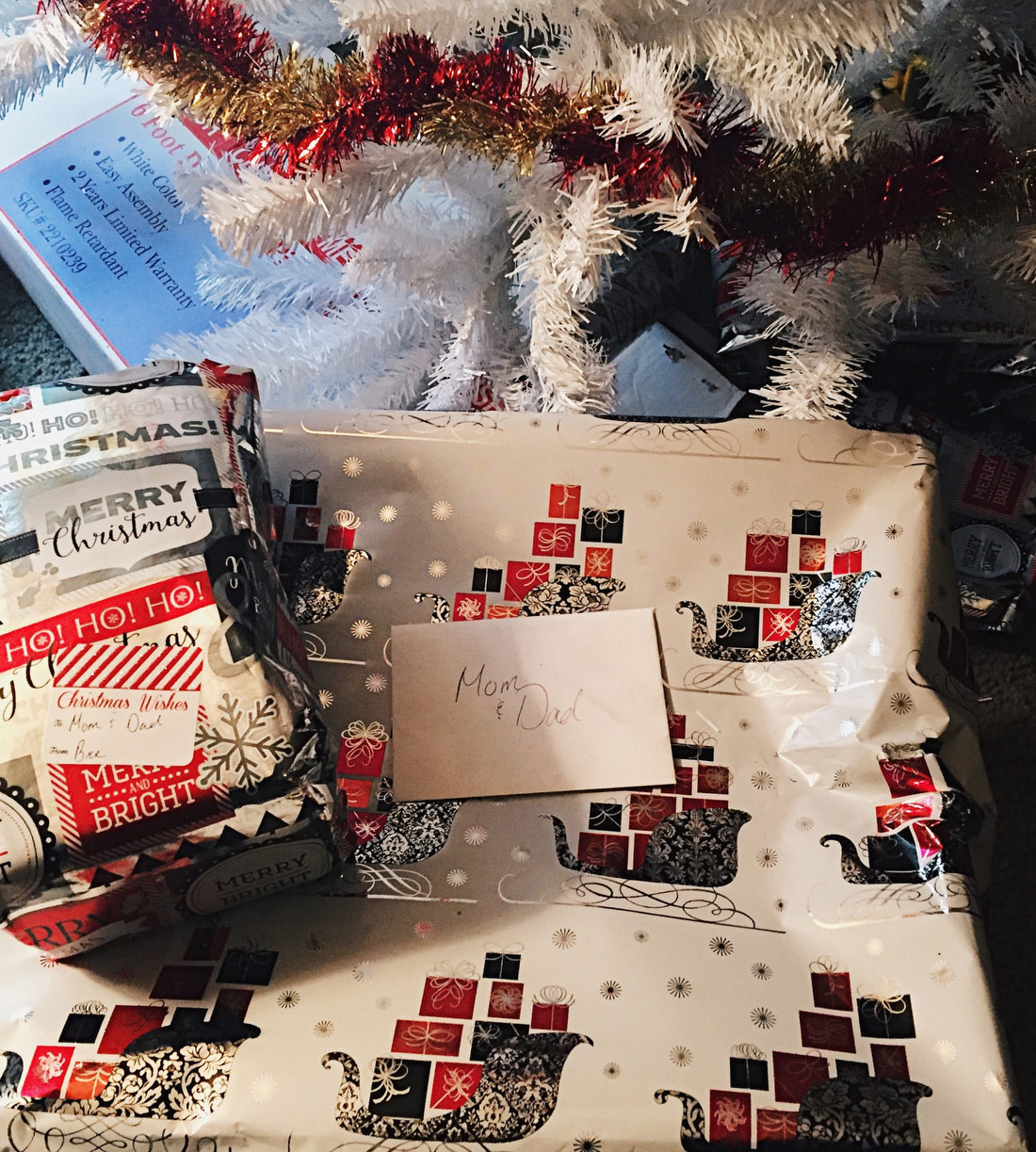 January 3: “At 1:45 p.m., we were home. I remembered I had bought (my parents) two presents. On Christmas, my mom said, 'We'll open them when your dad gets better.'

“Seeing the large present addressed to him made me realize all the little moments I would miss. He wouldn't laugh at my handmade card. He wouldn't be able to wear The Daily News crewneck, something I knew he would be proud to wear. He wouldn't make jokes about the back scratcher, either.” 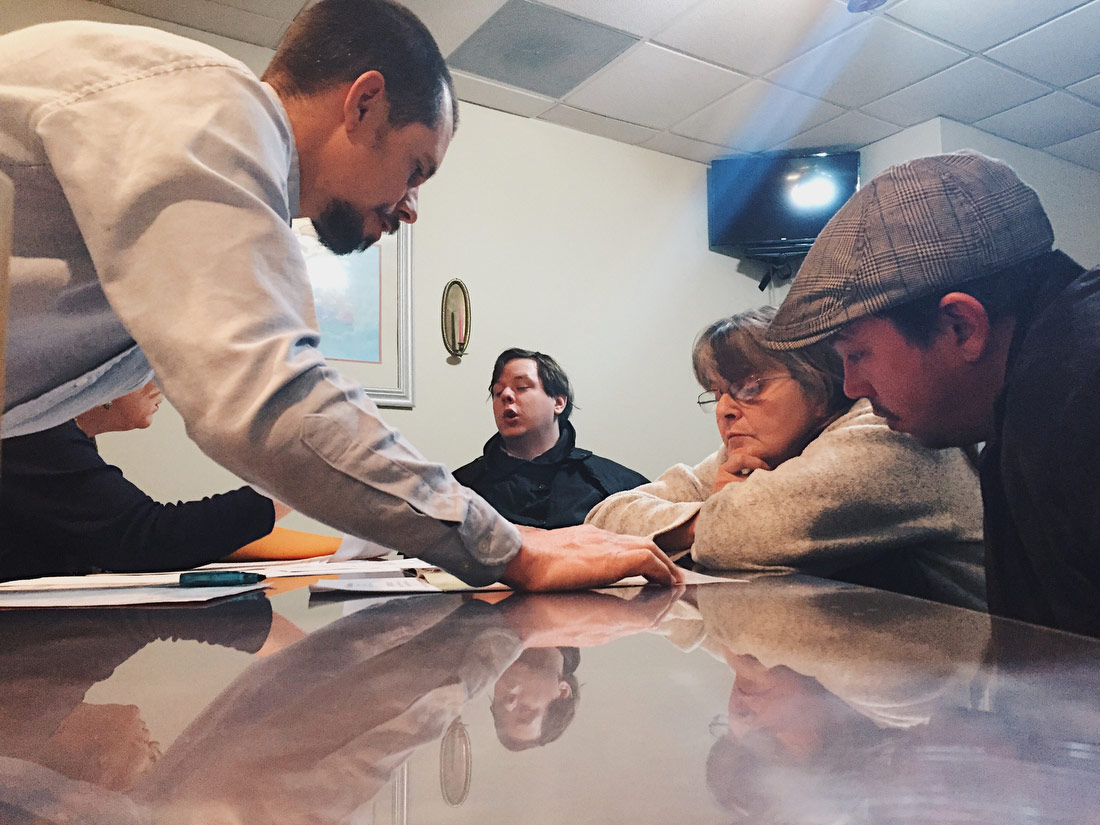 January 3: “Nearly 14 hours later, we were discussing funeral arrangements. As a child, you never really think about planning your parent's funeral or filling out a death certificate and knowing how many you'll need.

“When it came to choosing an urn, it hit me all over again. We picked out a nice wooden one, because he was a woodworker, for my mother. My brothers and I picked out token urns to always keep.” 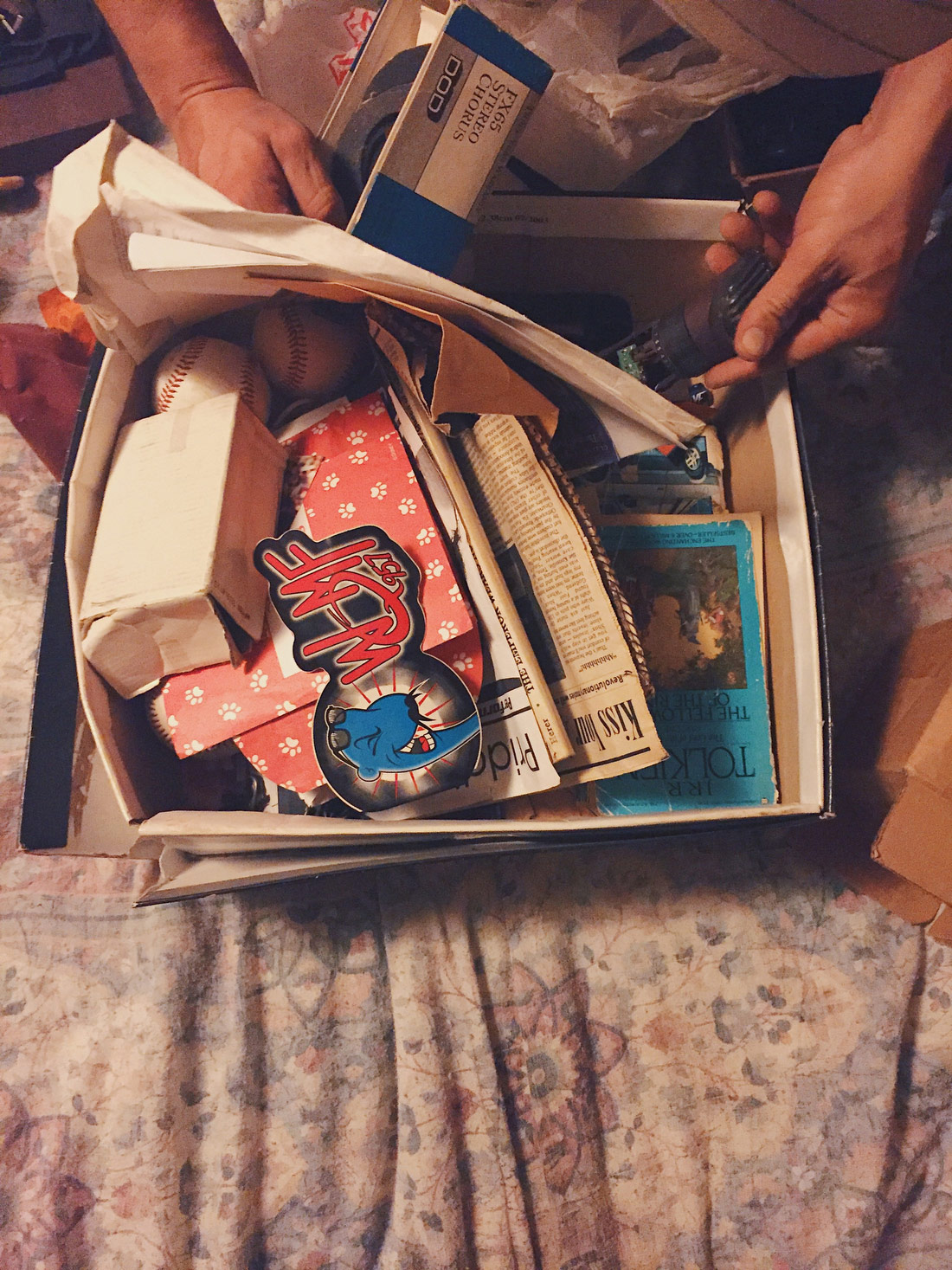 January 4: “My father was a hoarder. Boxes and boxes of old items: his favorite book in high school, ‘Lord of the Rings’; a broken razor; any card that had his name on it; guitar picks; a confiscated slingshot; too many hats. We had to go through it all.” 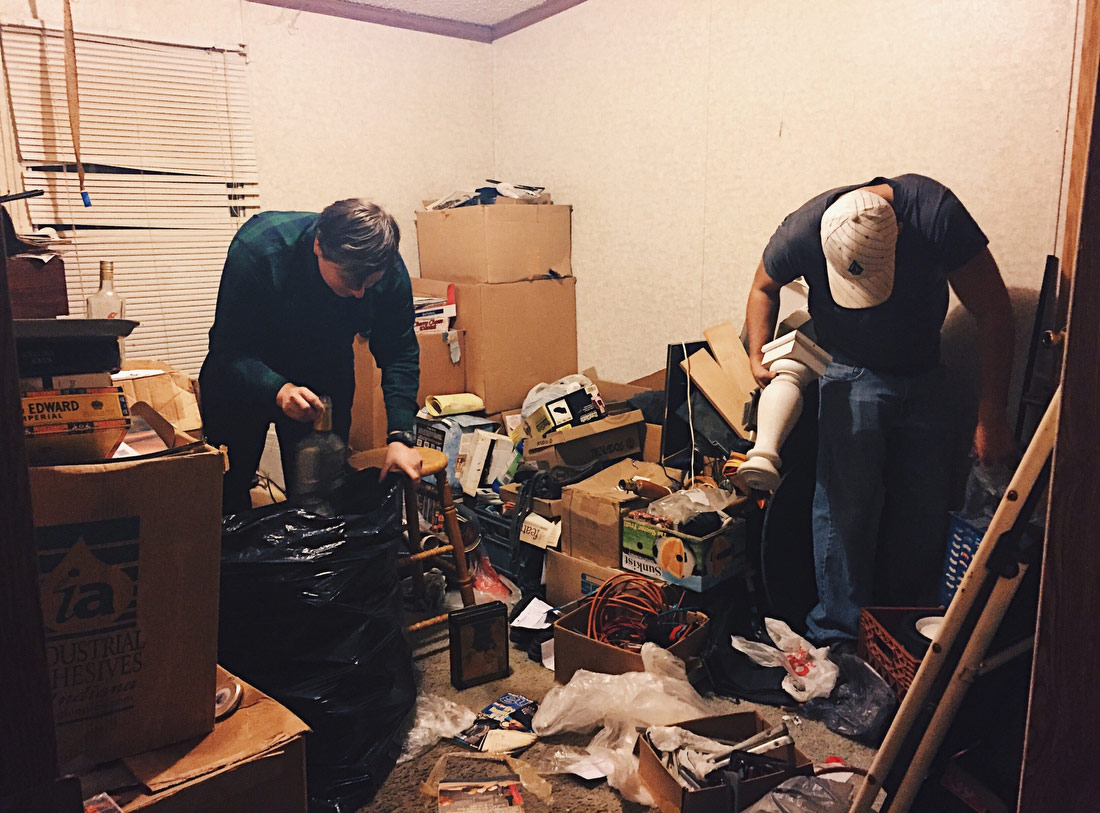 January 4: “The first thing to be divided was old band T-shirts — some were too tattered to be worn. Then we moved onto his regular clothing and other items, each with a memory or purpose.” 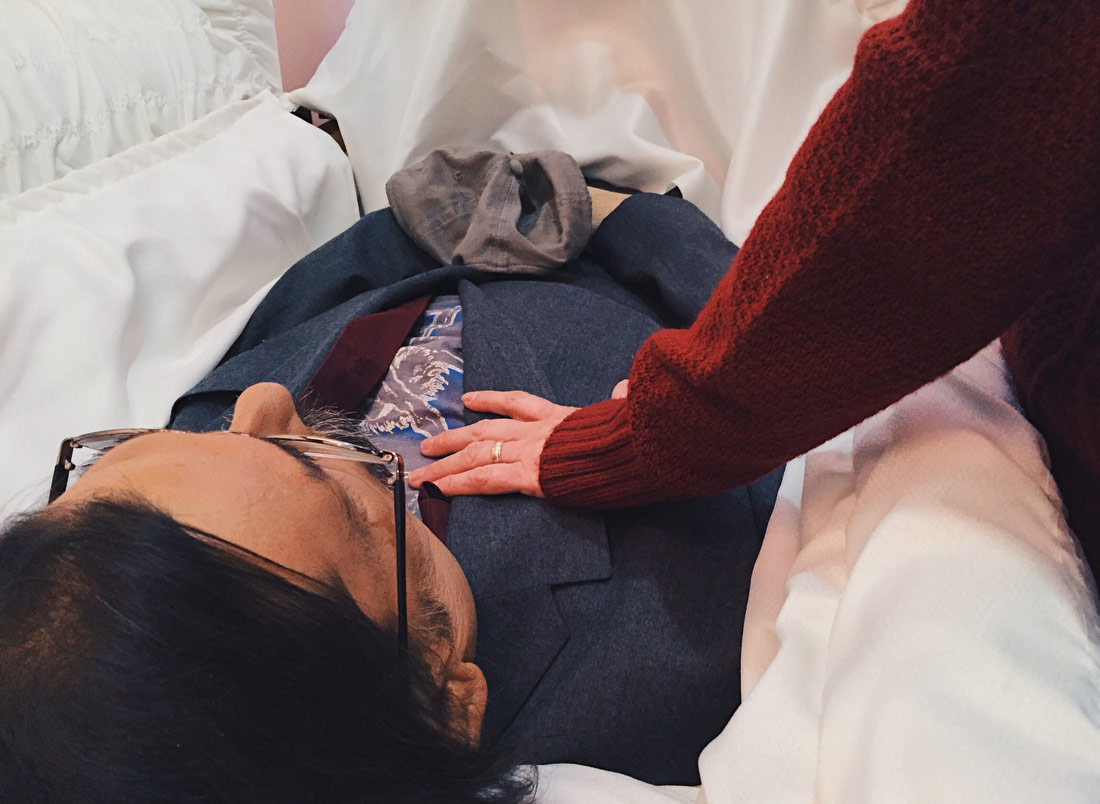 January 6: “The day had come to officially say goodbye. (My mother) adjusted his suit and made him look good one last time.

“He wore a gray suit, maroon dress shirt, a faded blue Led Zeppelin T-shirt and his favorite pair of orange slippers. My mother wore maroon and gray. In his hand, he's holding a guitar pick and the Ball State hat I bought him. He had decided it would be the only hat he would wear until I graduated.” 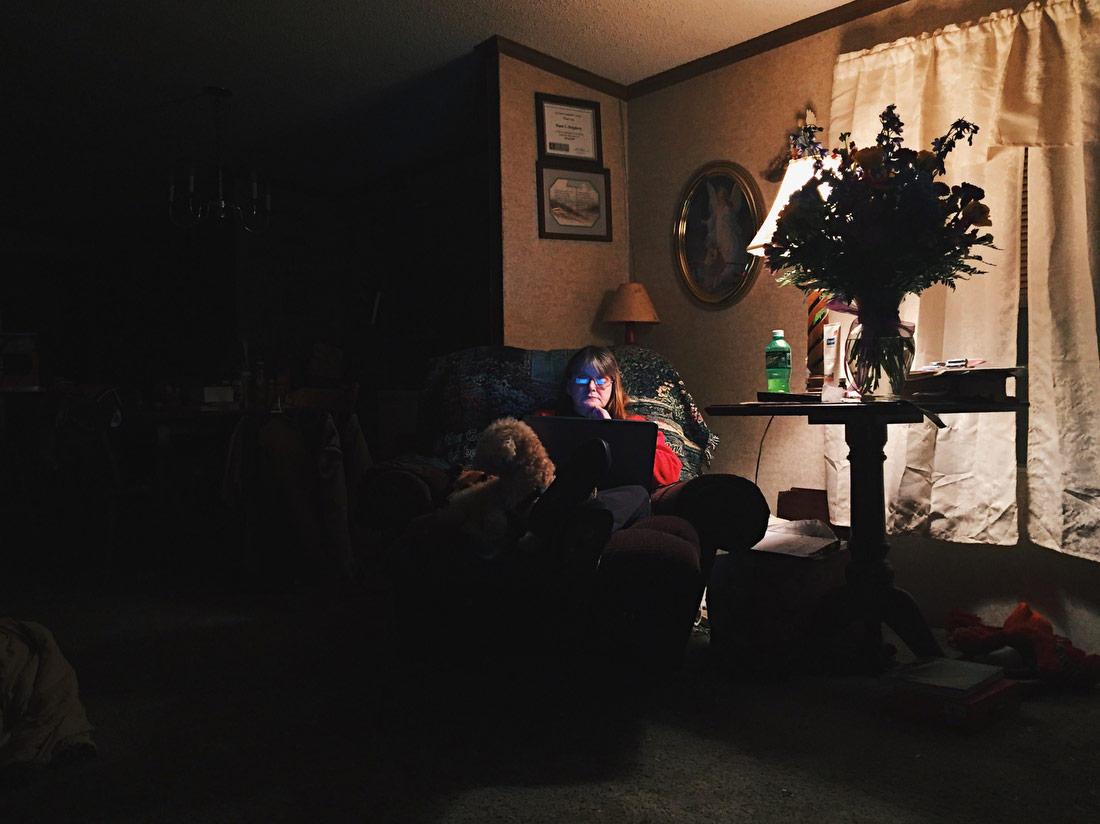 January 7: “It was the last night before I left to come back to college, and I wondered if my mother would be OK in the house by herself. I think she knew because she would mention she has ‘the animals’ (two dogs and three cats) to keep her company. …

“During the days before I left for Muncie, my mother would occasionally say: ‘He's gone. He's actually gone, Bre.’ I never had a response. How could I respond? Nothing prepares you for the death of your biggest supporter.”